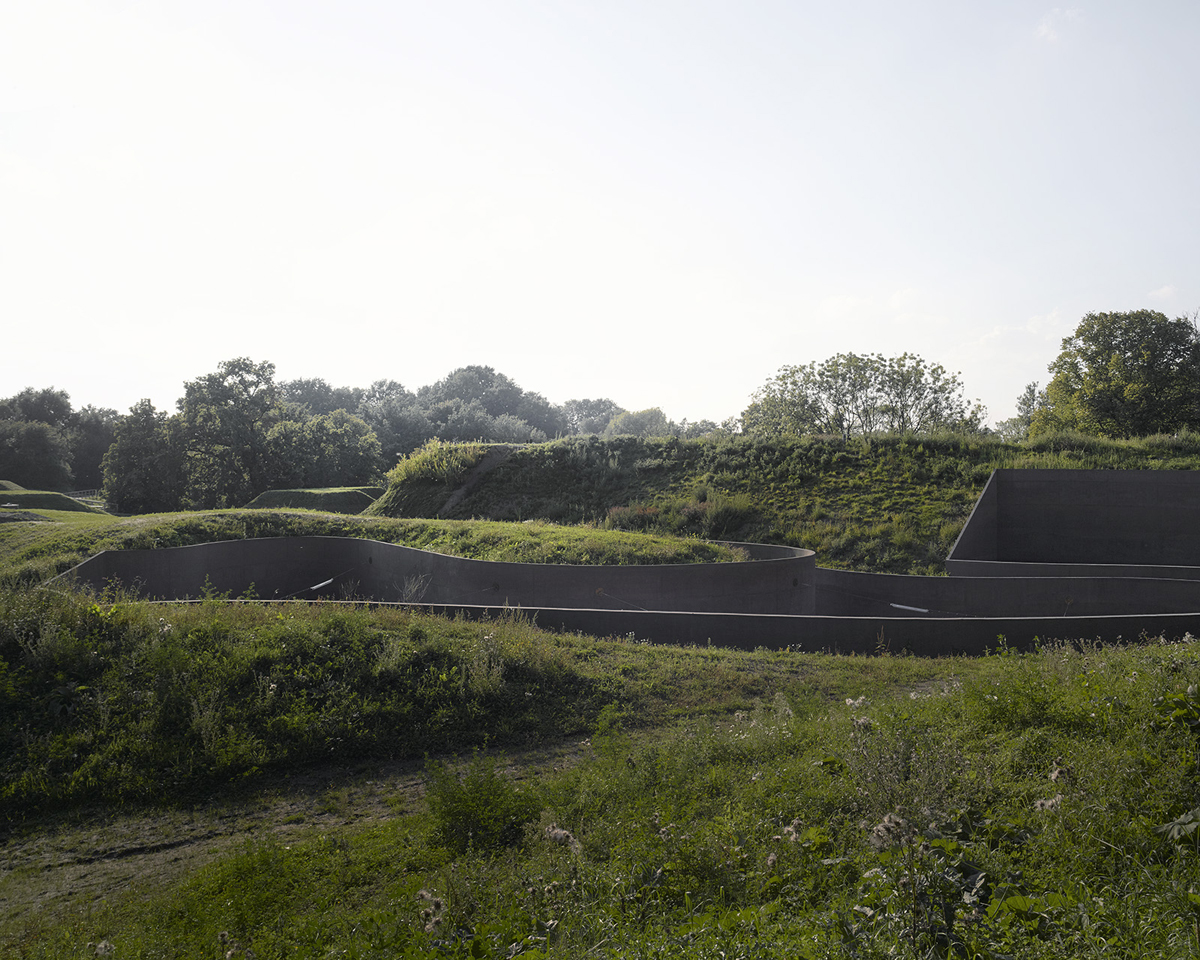 As with many works of Anne Holtrop, the starting point is not a mapping of square meters, number of rooms and technical requirements. But rather drawings, objects found on site or natural shapes. For Museum Fort Vechten, Holtrop looked for shapes in the surroundings where the museum would be built, that he then used as a starting point for his design. As a result, aerial drawings of Fort Vechten will show the new building nestled inside the landscape, folding itself perfectly into it. The shape of the museum is, as many of Holtrops other works, organic, unprogrammed almost. Here too we find the curves that are so distinctive for Trail House and Temporary Museum (Lake).

Fort Vechten is part of the Nieuwe Hollandse Waterlinie or New Dutch Waterline, a military line of defence consisting of a protective ring of some 85 km circling different cities. The defence mechanism lay in intentionally flooding land during times of war. Too deep to walk through, too shallow to sail over, the waterline was an ingenious system of sluices, dikes and flood canals. It also comprises 46 forts and is as such the biggest monument of the Netherlands.

The museum designed by Holtrop contains as one of its key elements a 50 meter long open air maquette of the New Dutch aterline that can be flooded by visitors to demonstrate the mechanism of this old defence system.

The works Trail House and Temporary Museum (Lake) are temporary, almost ephemeral, made from light poplar wood. They seem to temporarily surface from nature only to disappear again. Both this new museum as well as the later work Batara, are darker, definitely here to stay, robust. Both are made from a darkly coloured concrete. The museum was Holtrop’s first building to be executed and he was involved in every step of the proces.

Crucially, all the concrete elements of the new museum were poured on site (including heavy reinforcement for the sometimes up to 70 meters long concrete walls without any dilatations), in individually made moulds of wood. Every shape, every curve is therefore unique. Nothing is prefabricated, nothing is done offsite. Since the museum is situated on a site marked as a monument it was impossible to use foundations, the core of any building one would think. Museum Fort Vechten hence lies flat on the ground.

Finding solutions to these restrictions, some related to Holtrops practice, some to local circumstances, is what drives him. Building what is in essence an ink blot drawing, pushes the consequences of making as an act to a rather extreme height. The resulting building might look self-evident but the fact that nothing goes against the initial shape of the drawing, did have a tremendous consequences for the production proces of Museum Fort Vechten. 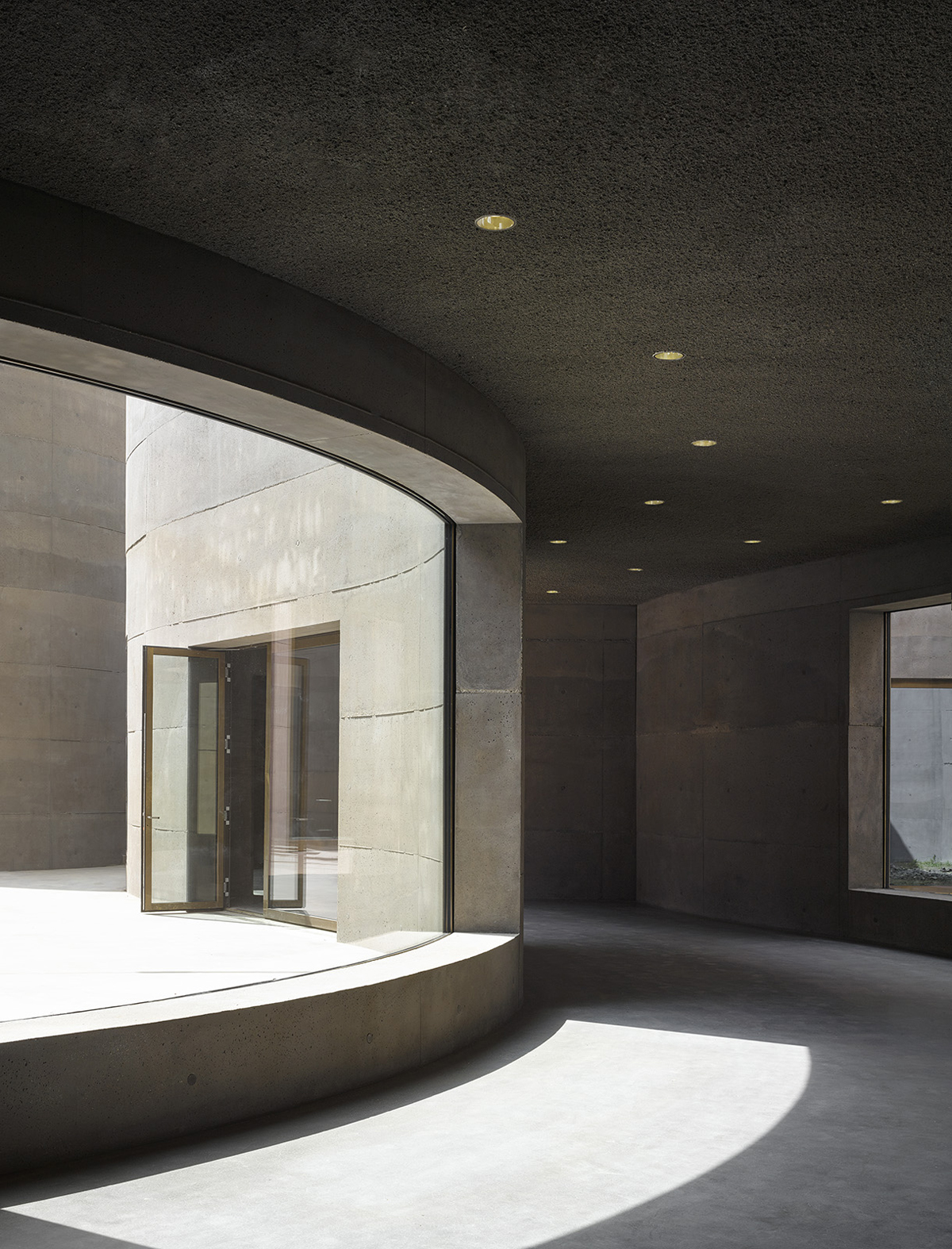 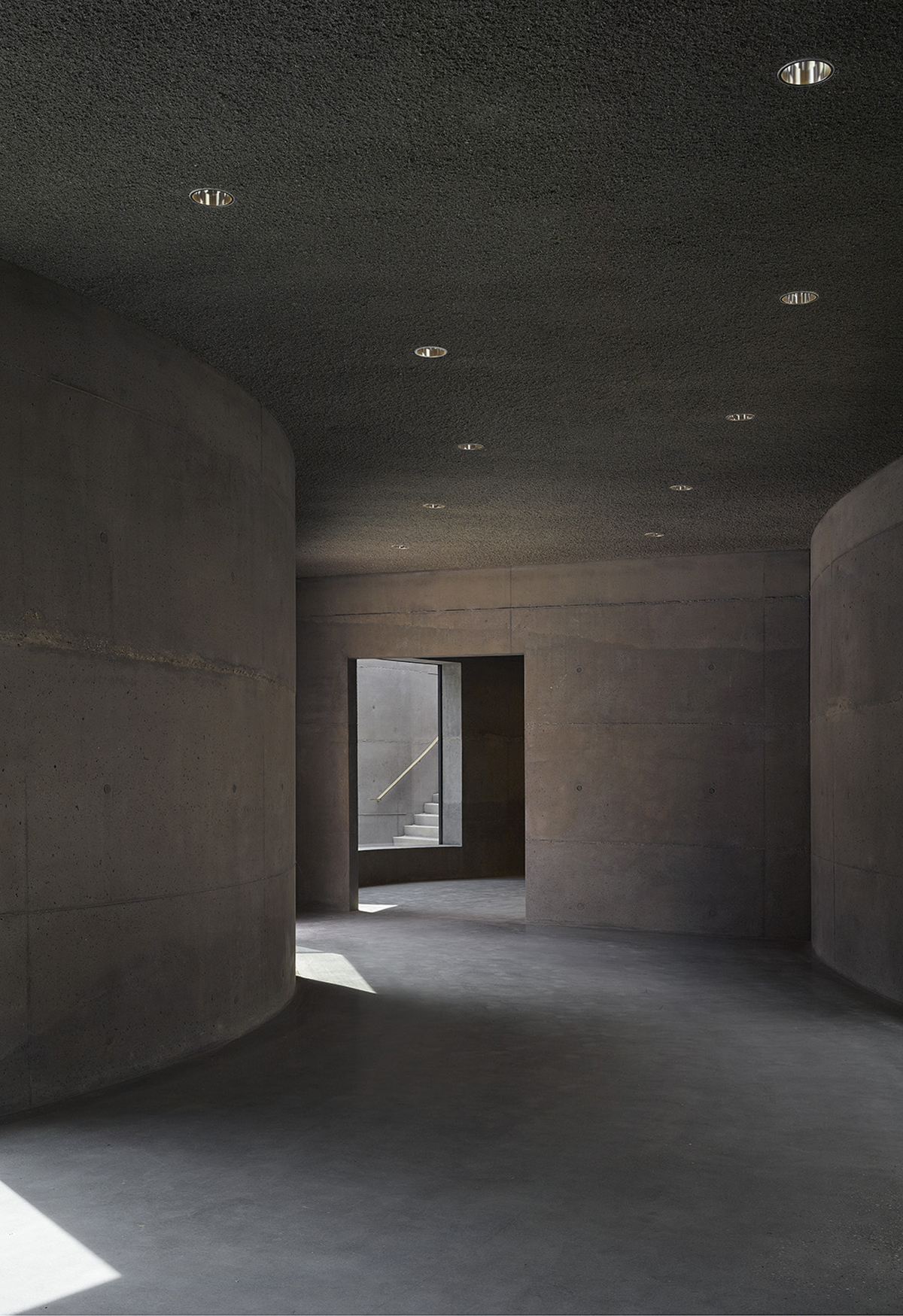 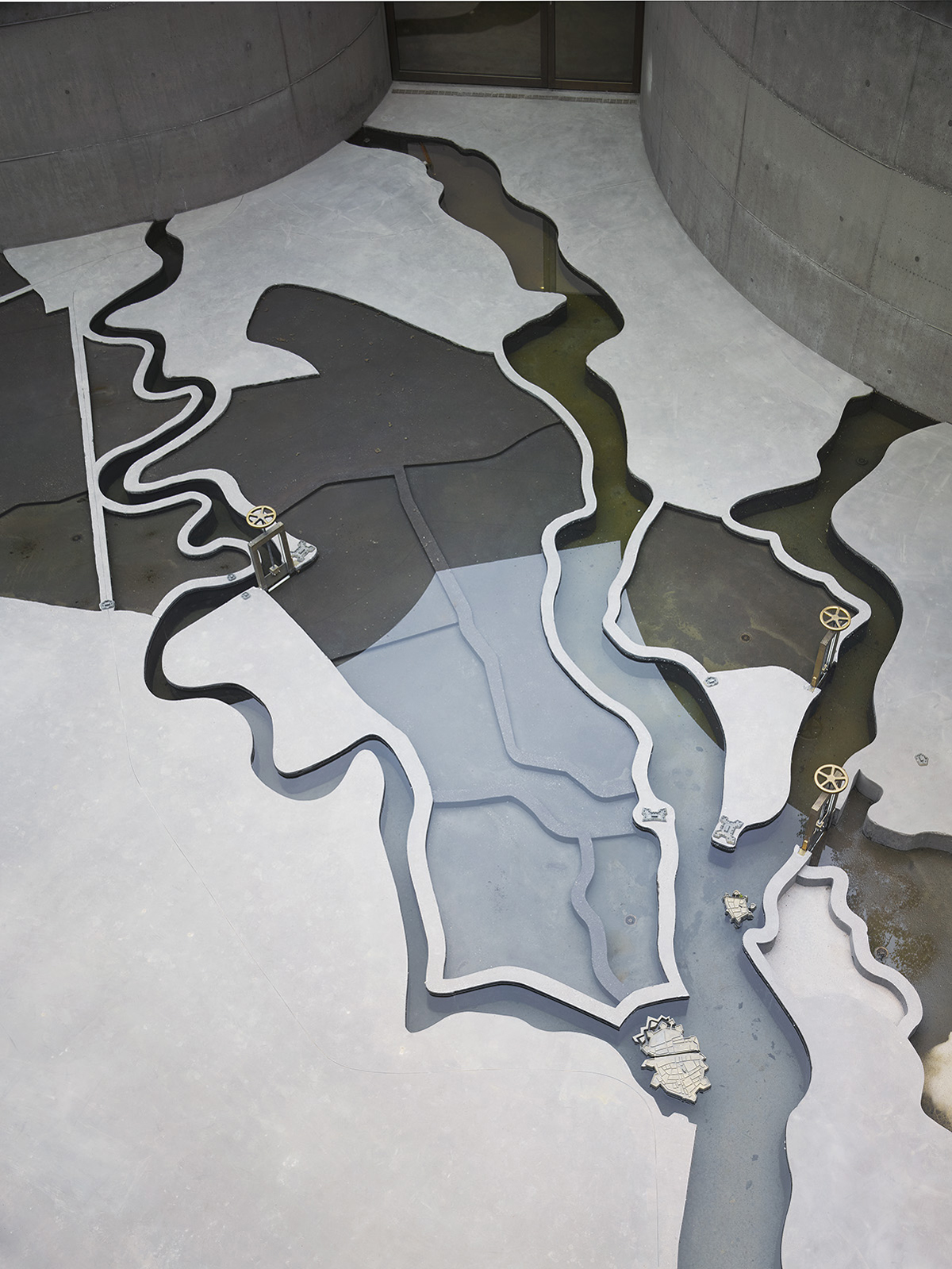 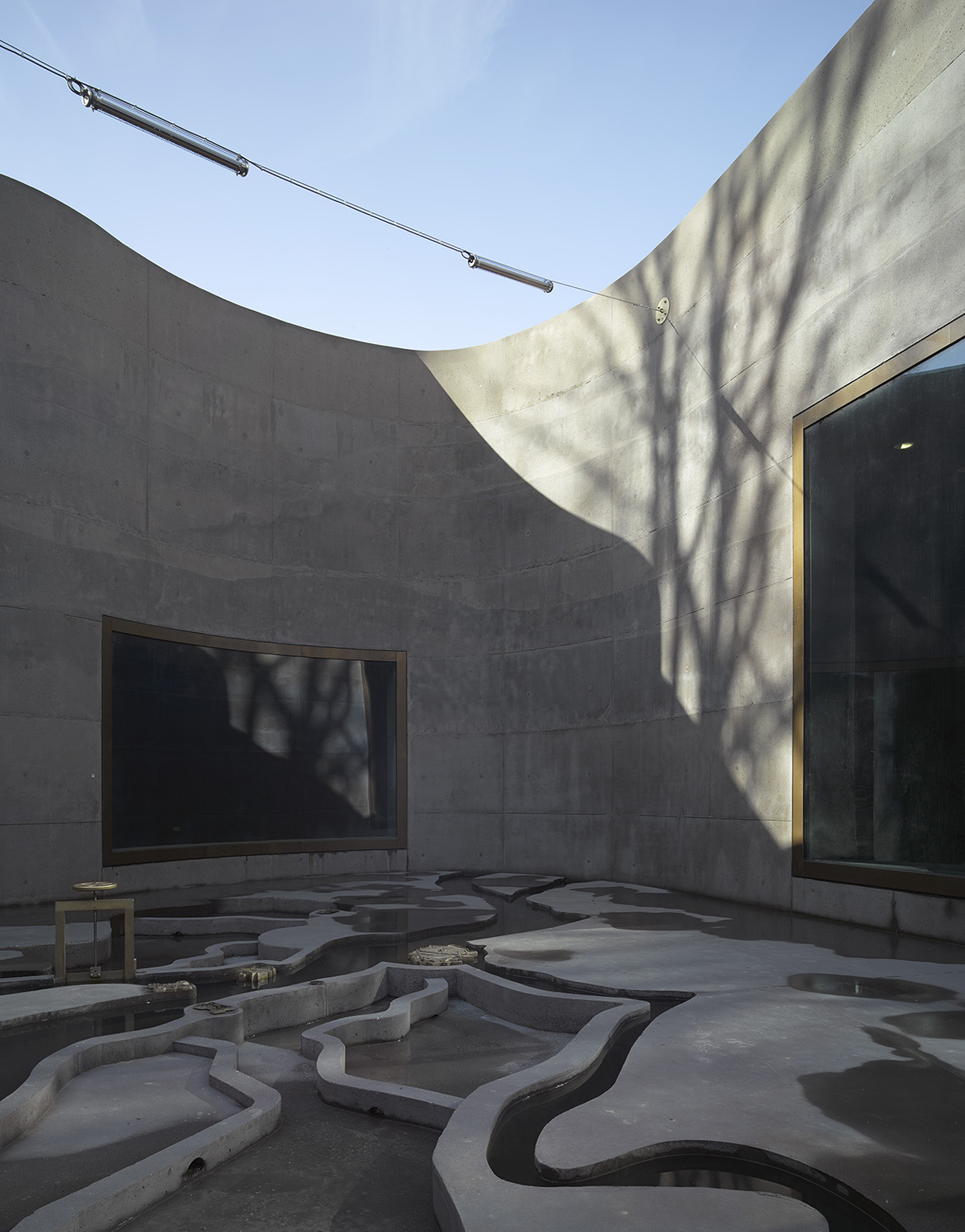 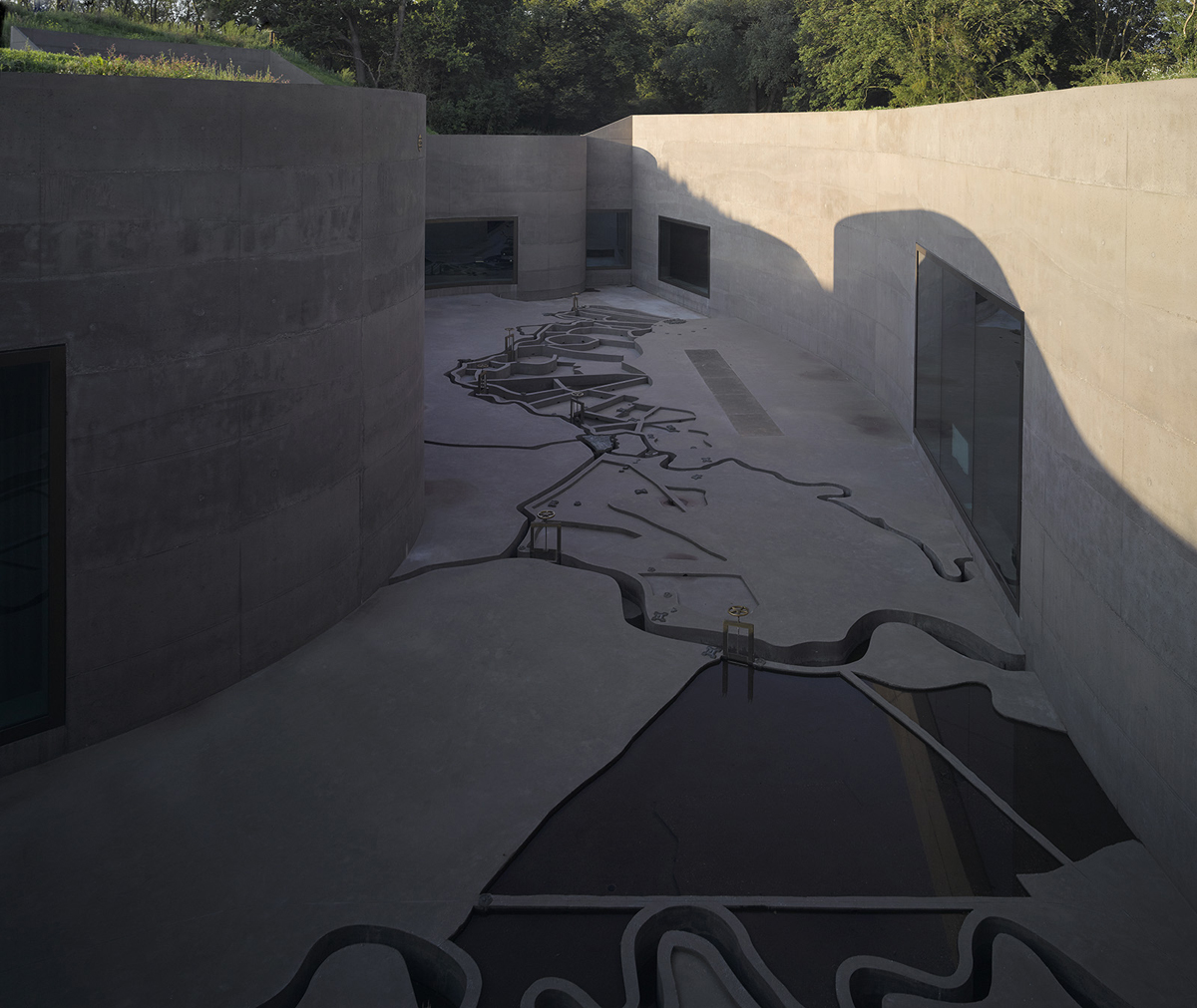 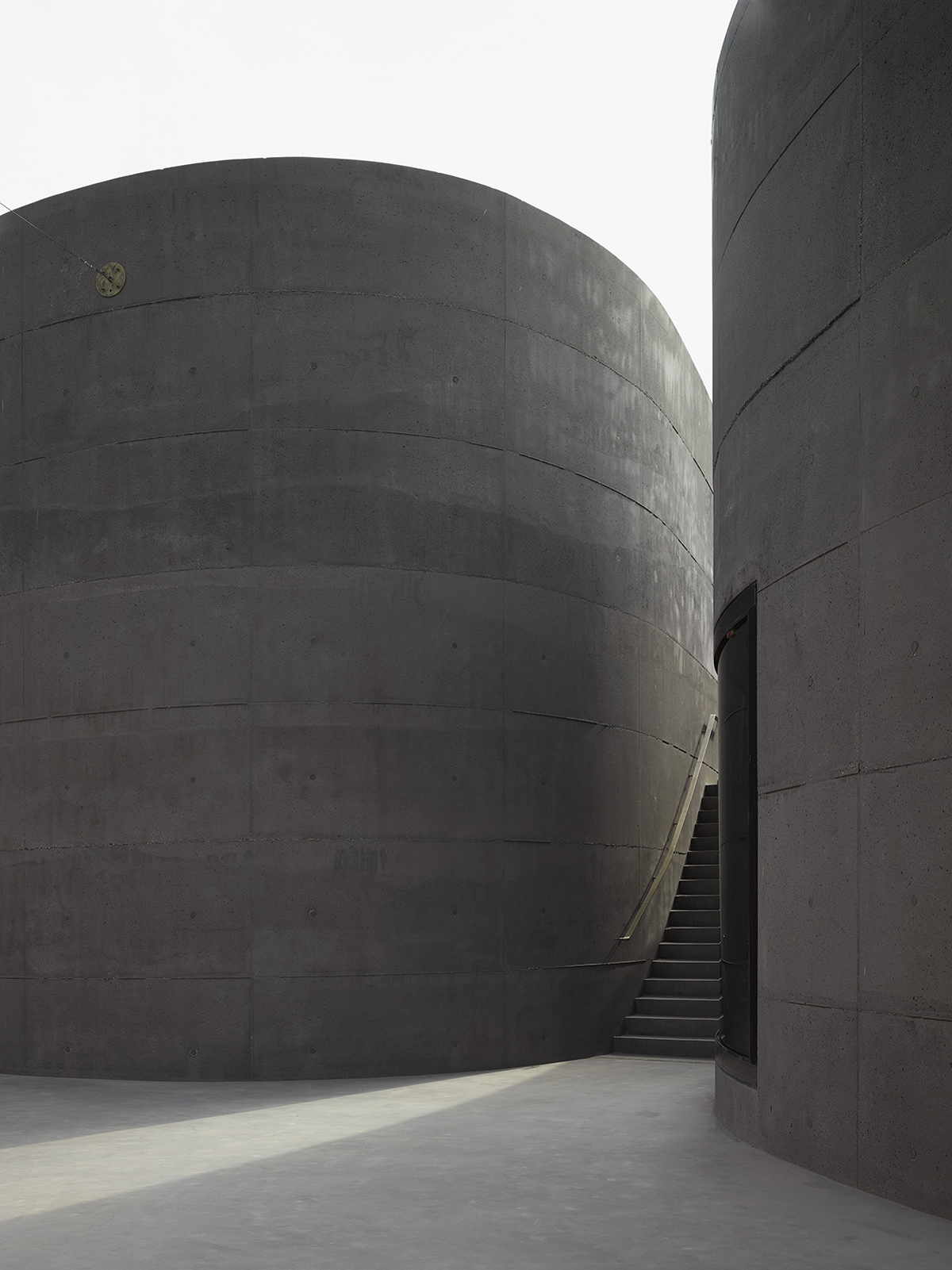 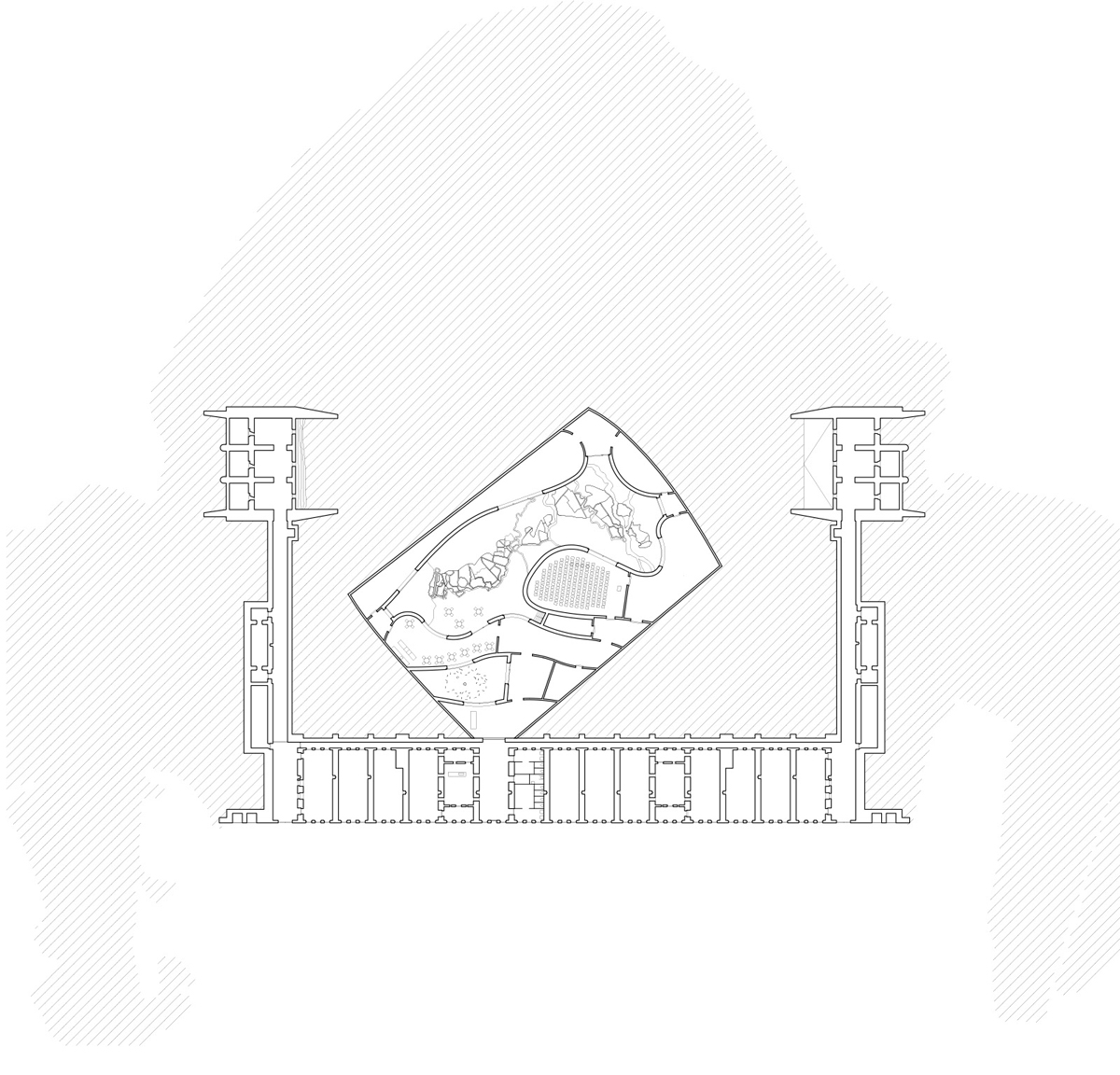