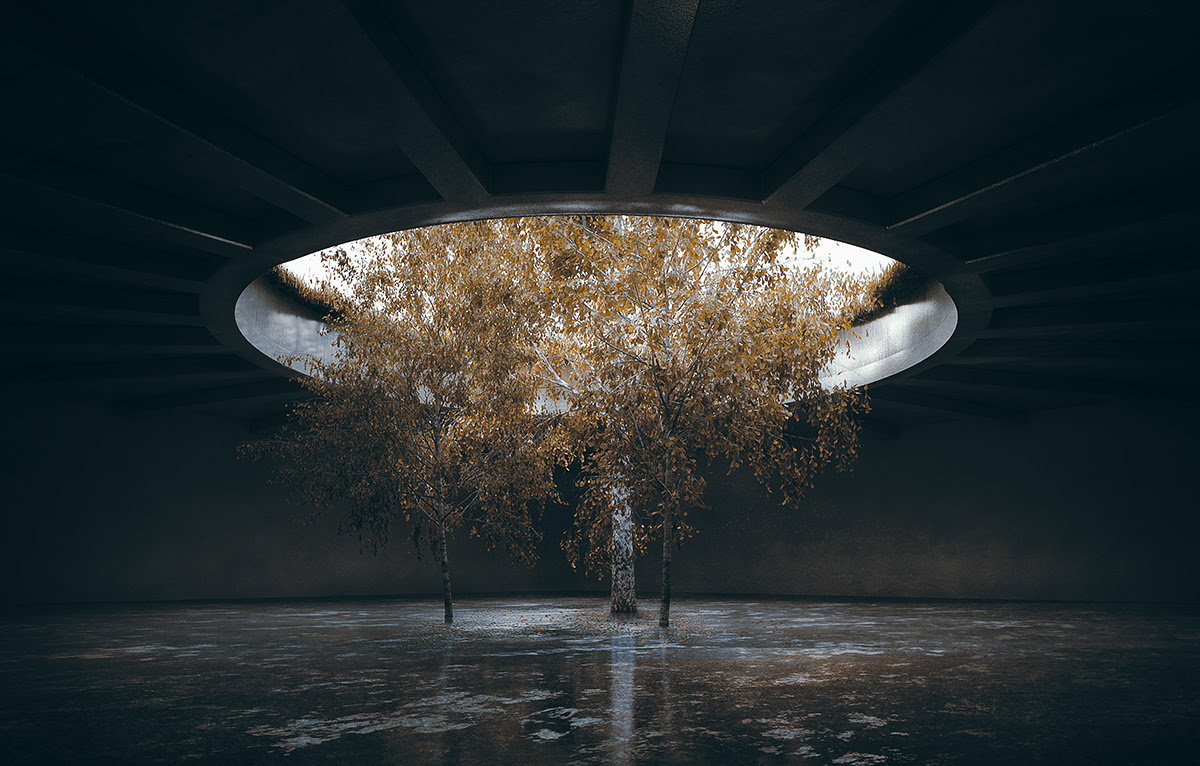 The project deals with the problems related to the disposal of the Danish nuclear waste created during the operation and decommis sioning of the Risø Research Centre.The issue is very relevant since the current storage of the waste at Risø is highly alarming. Due to the poor condition of the concrete canisters hat conceal the radioactive waste, a decision needs to be taken about the management of the waste. The problem must be resolved with a depot: a building complex to house and encase the radioactive waste for the next several generations. The depot will be a unique structure, whose distinctive and mysterious function will generate a great deal of debate. The project is a concrete idea of how the disposal can be incorporated into a larger societal context. Storage of radioactive substances is a global problem that is often associated with strong feelings. By looking at the issue from an architectural point of view, I hope to bring some humane dimensions into a very inhumane subject and potentially make a monument that gives something back to its surroundings, instead of being an unpleasant burden.

Realisation of the project would turn a social taboo into an attraction, and a monument that represents a Danish model for an intermediate storage facility. A model that is a result of clever  interaction between mankind and nature. Denmark has never deployed nuclear energy as part of the energy supply so the amount of waste is rather small. Consequently it is the perfect place to initiate the discussion about a modern vision of disposals. The problem is global and even though the scale is different, the project’s ideas will have global relevance. It’s important for architects to dare to tackle tasks such as this! The task involves a large number of practical, structural and engineering challenges, but it is an issue that also has a substantial poetic dimension. 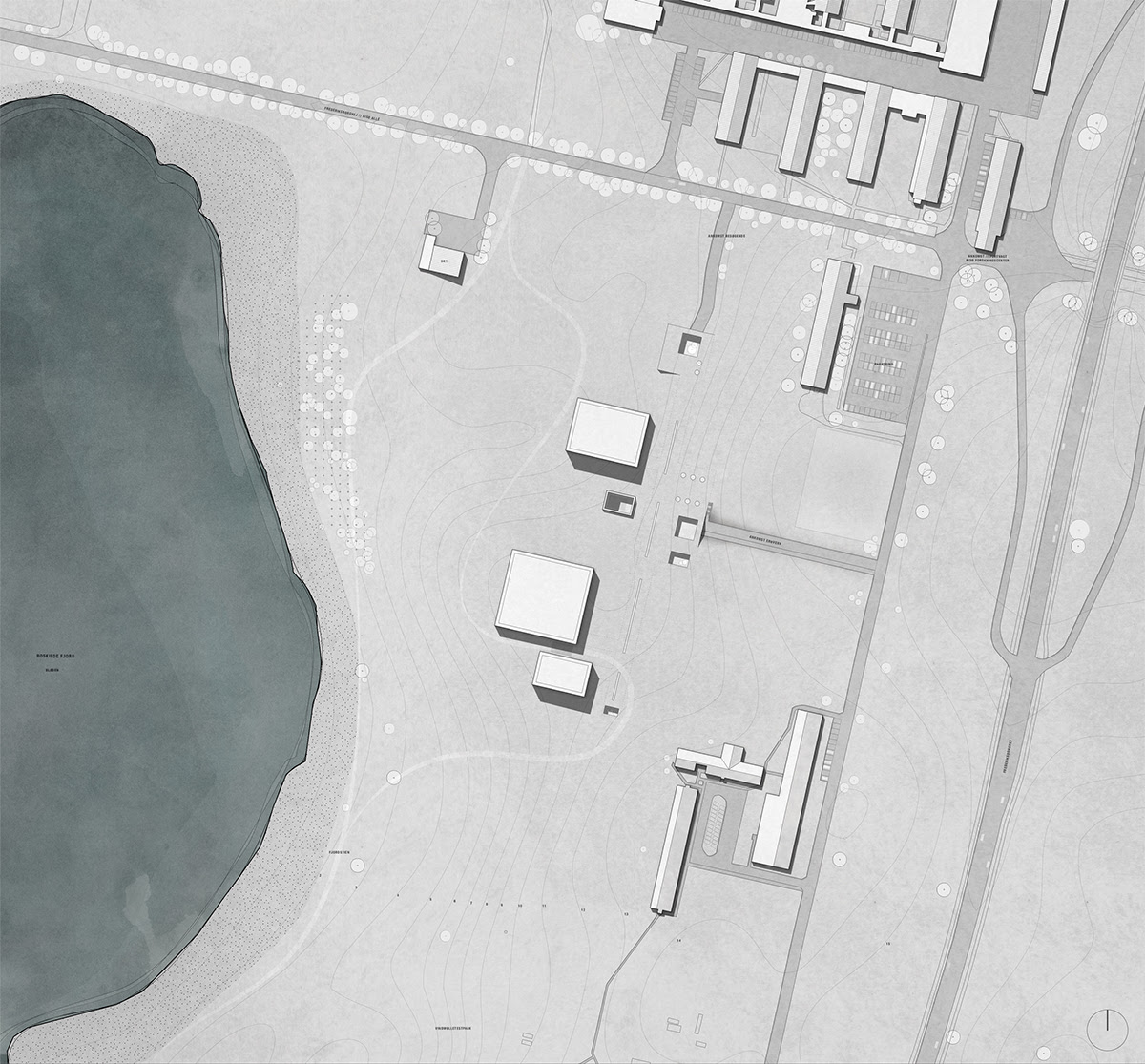 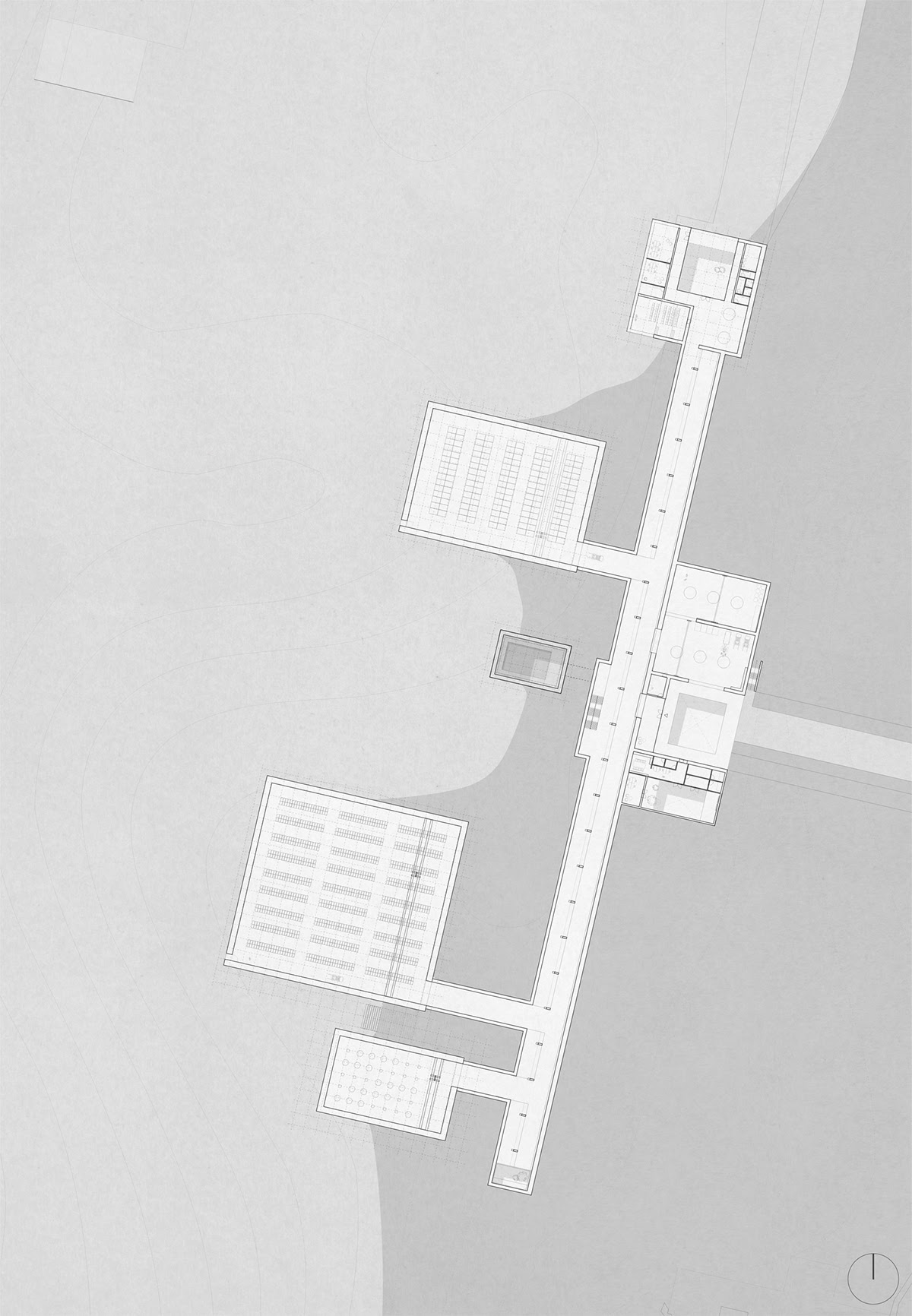 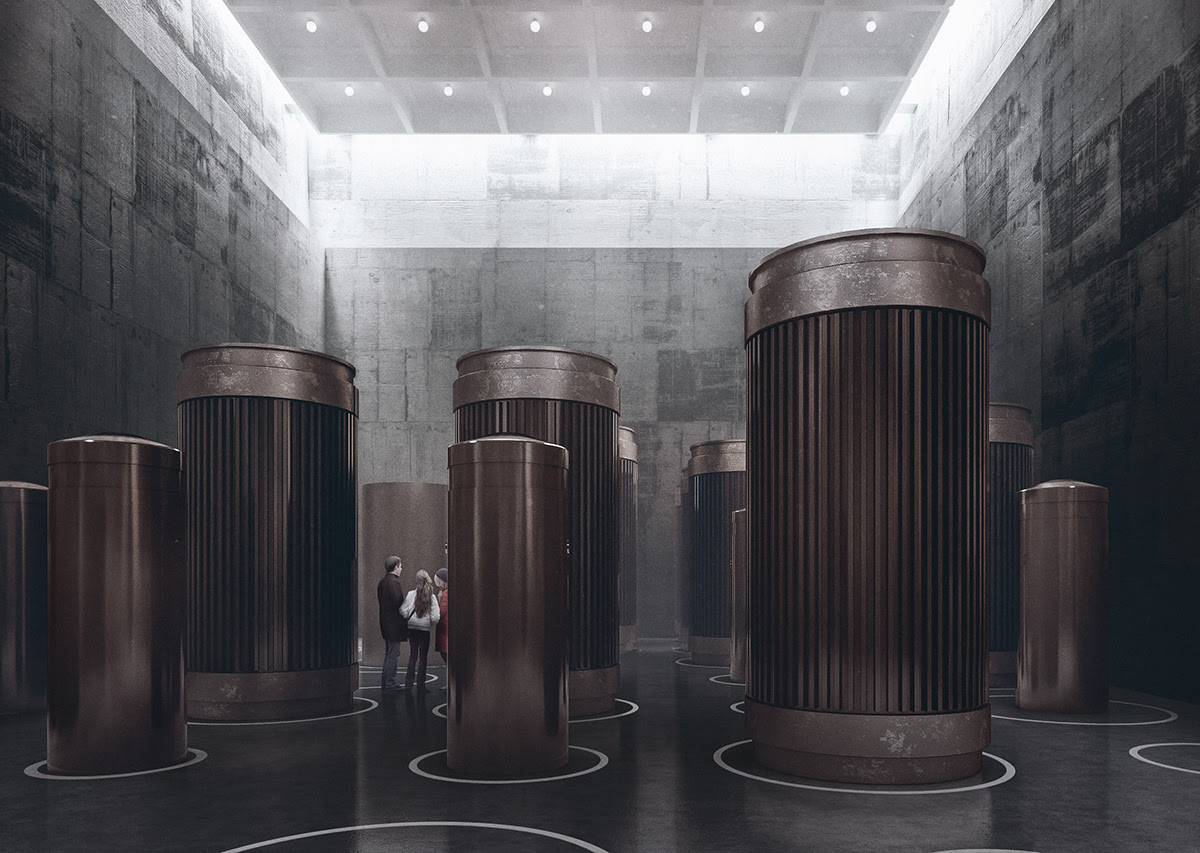 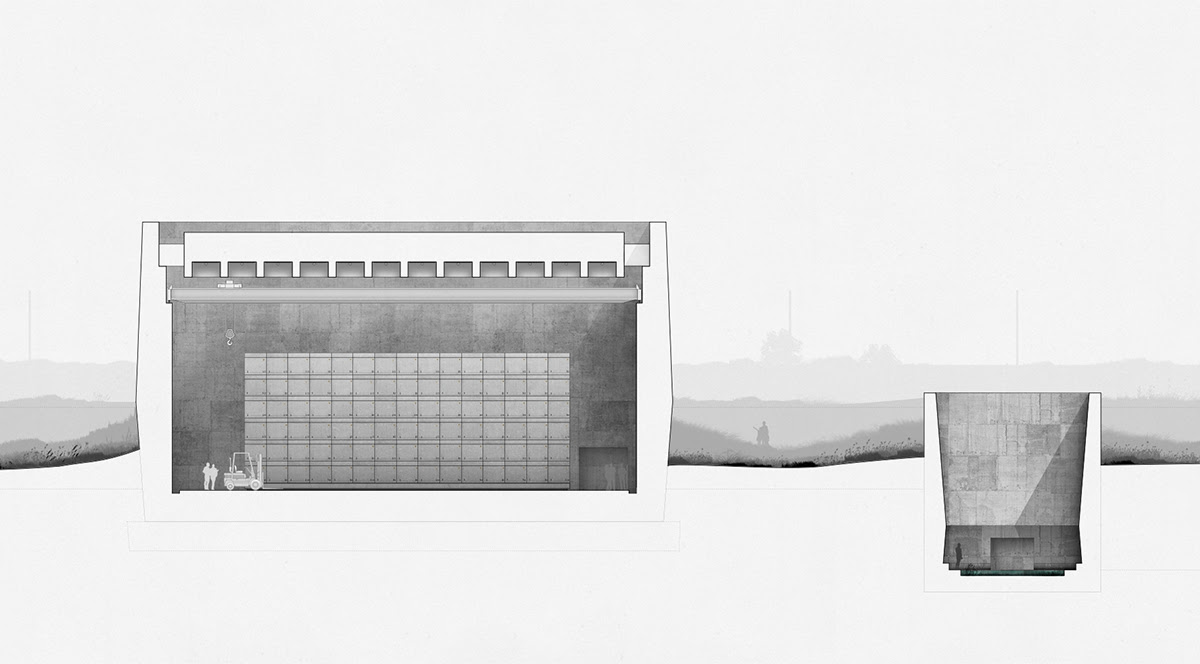 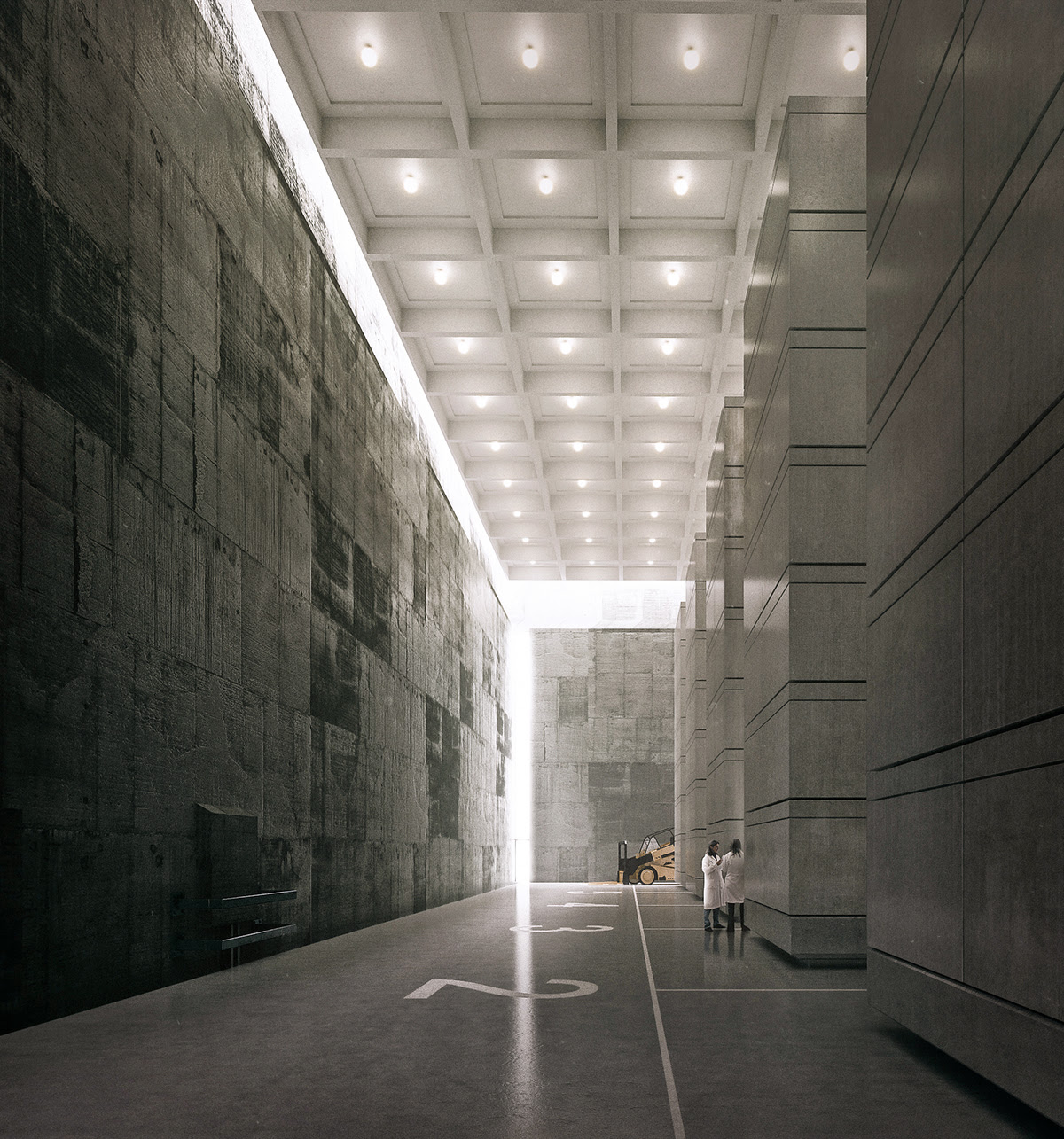 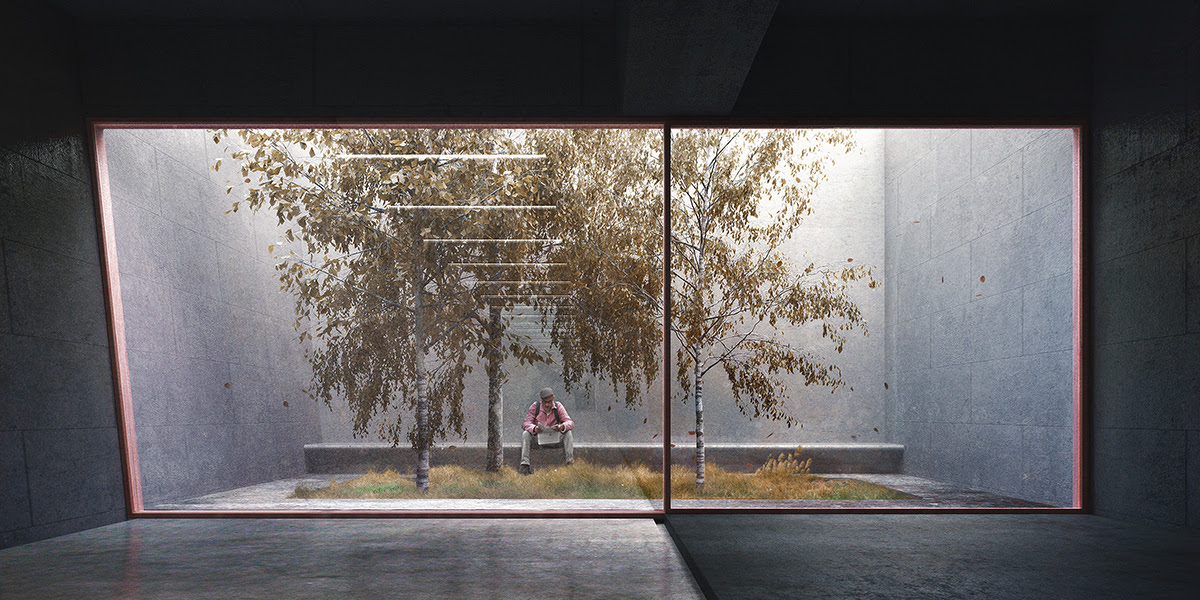 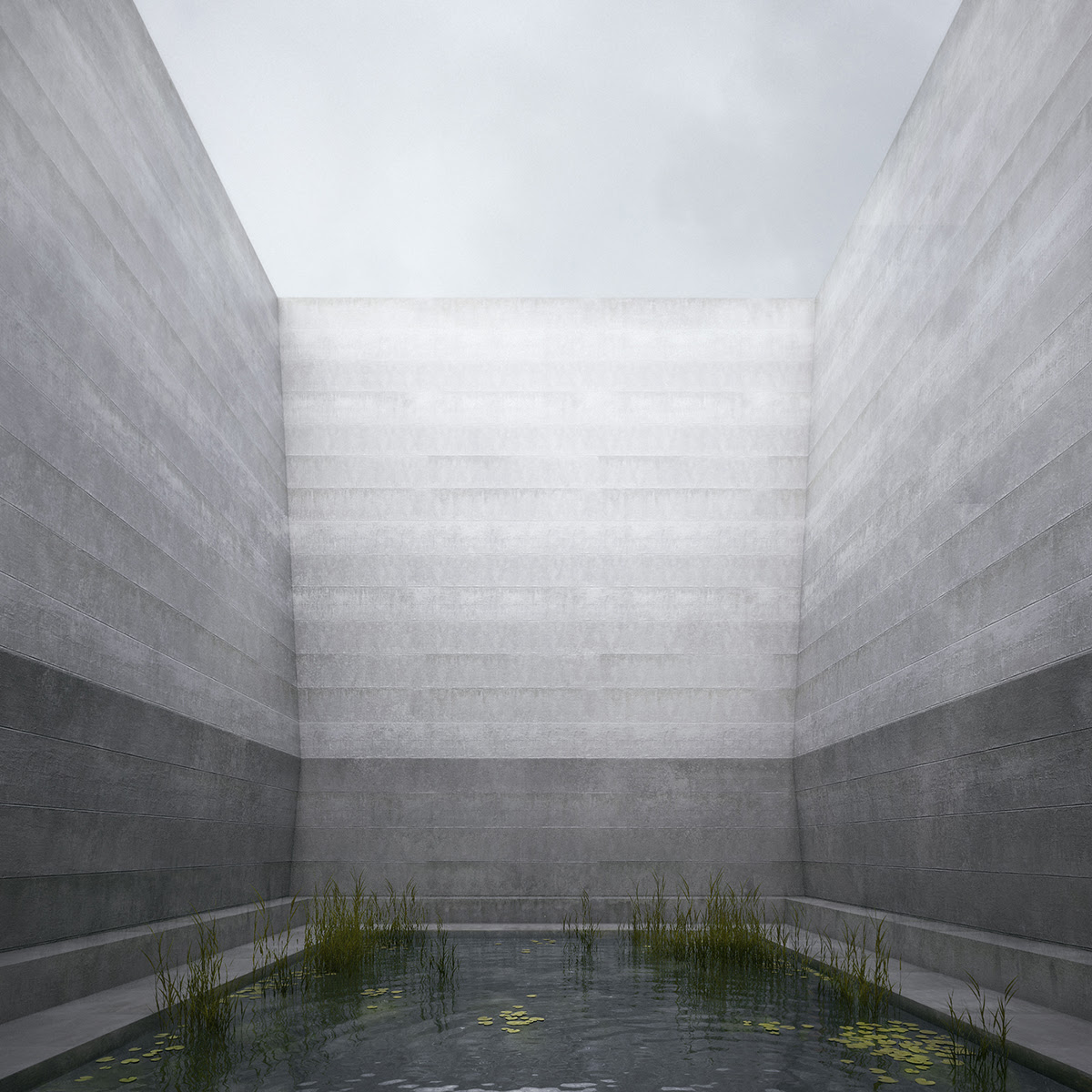 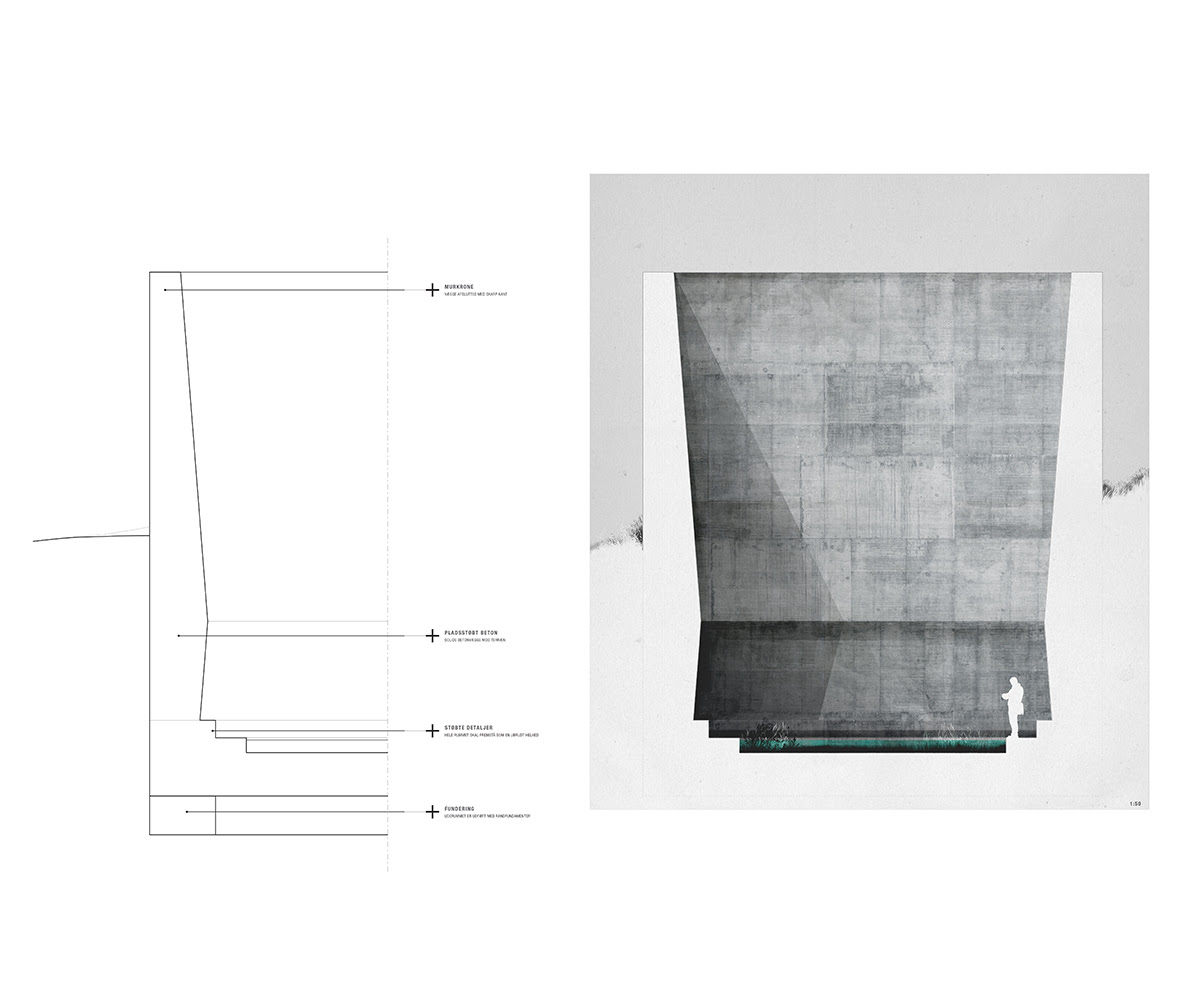 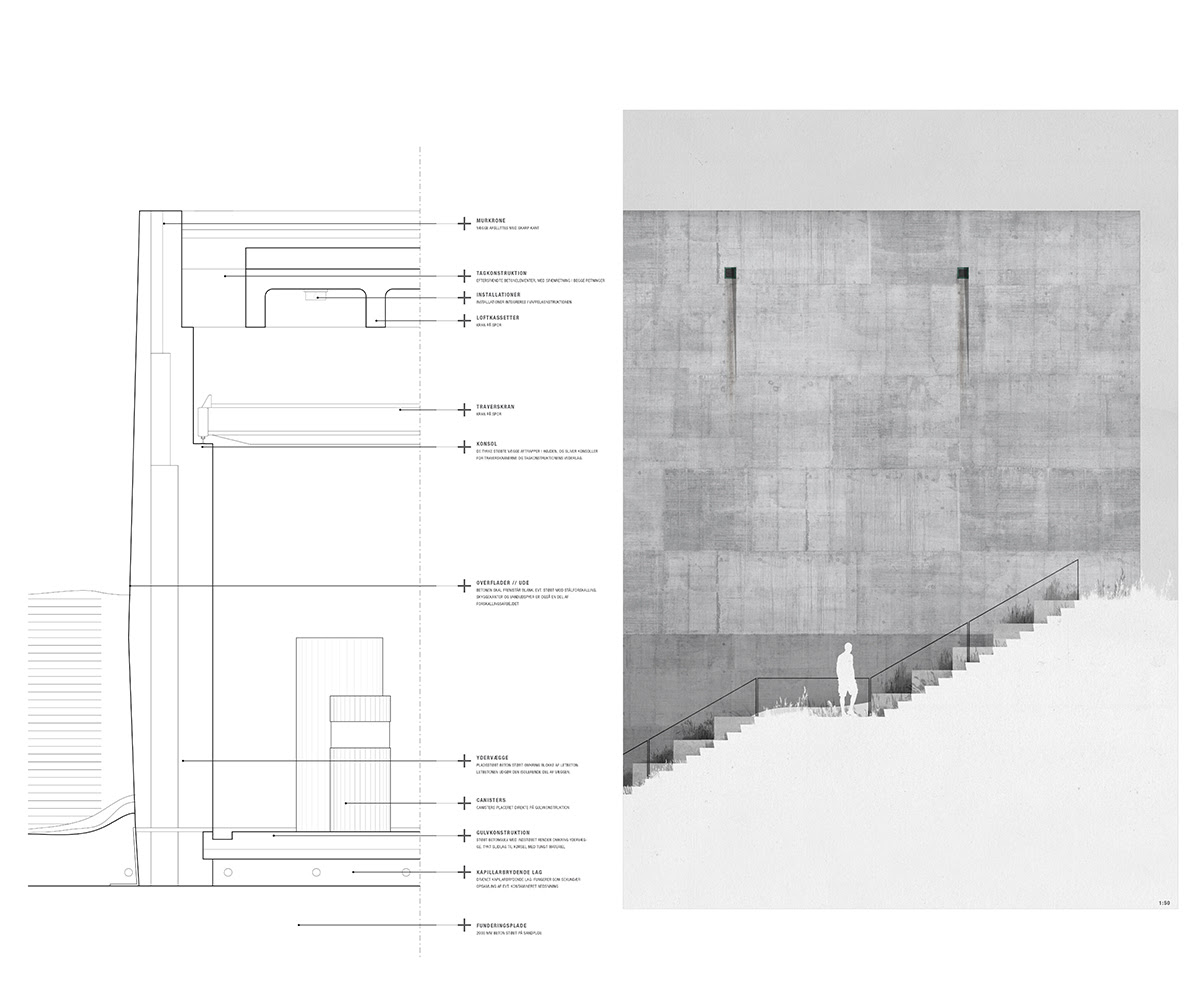 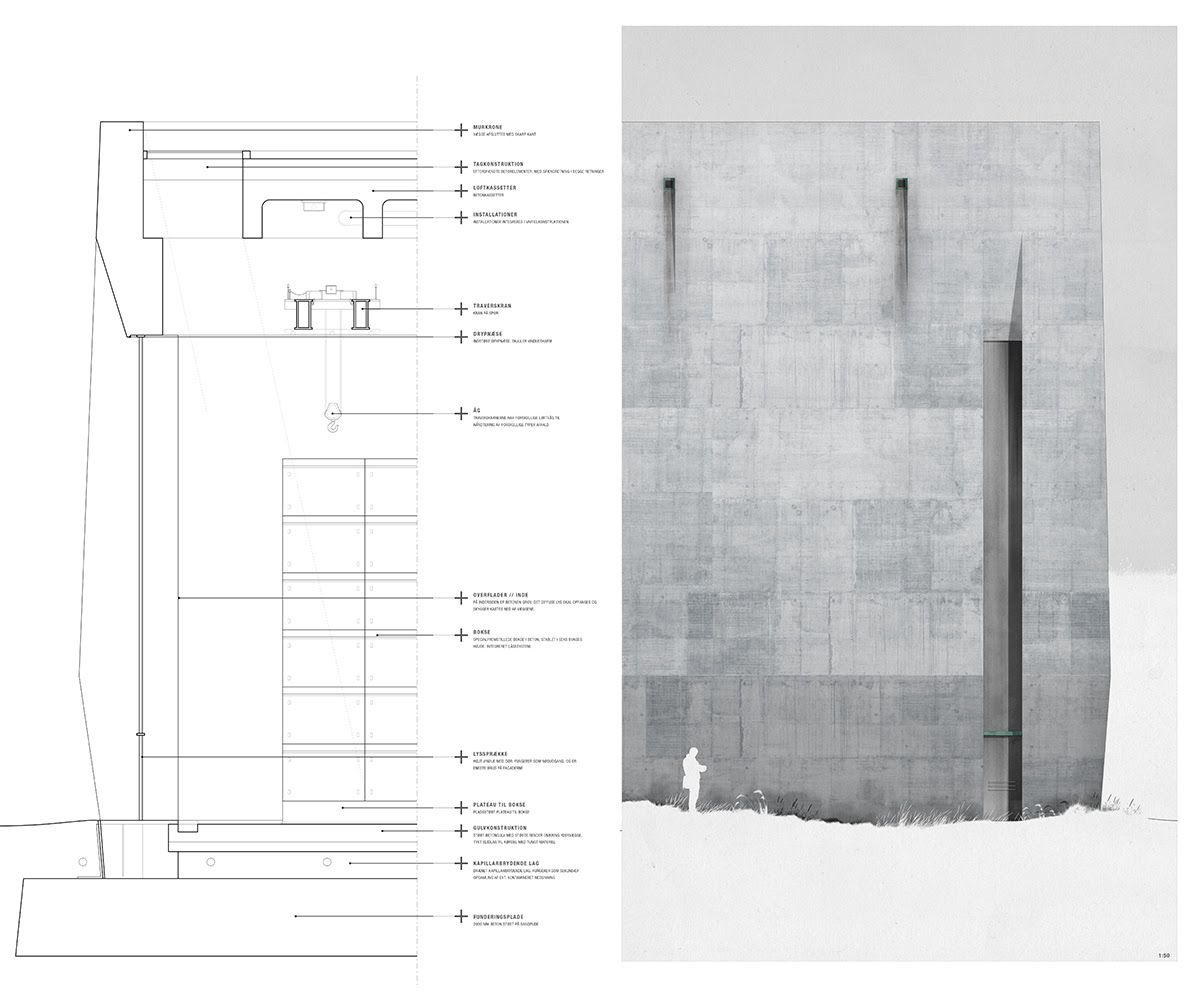 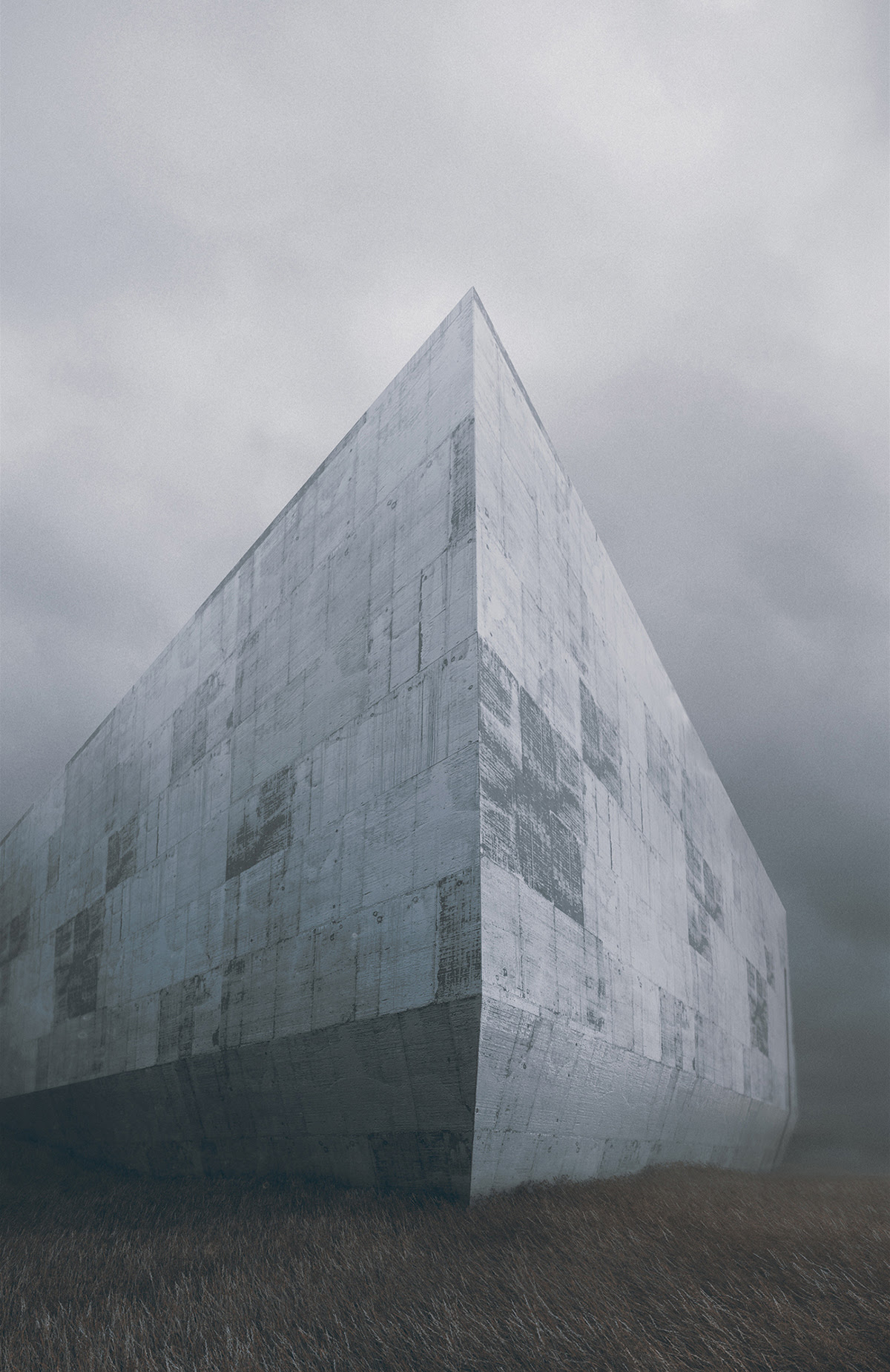