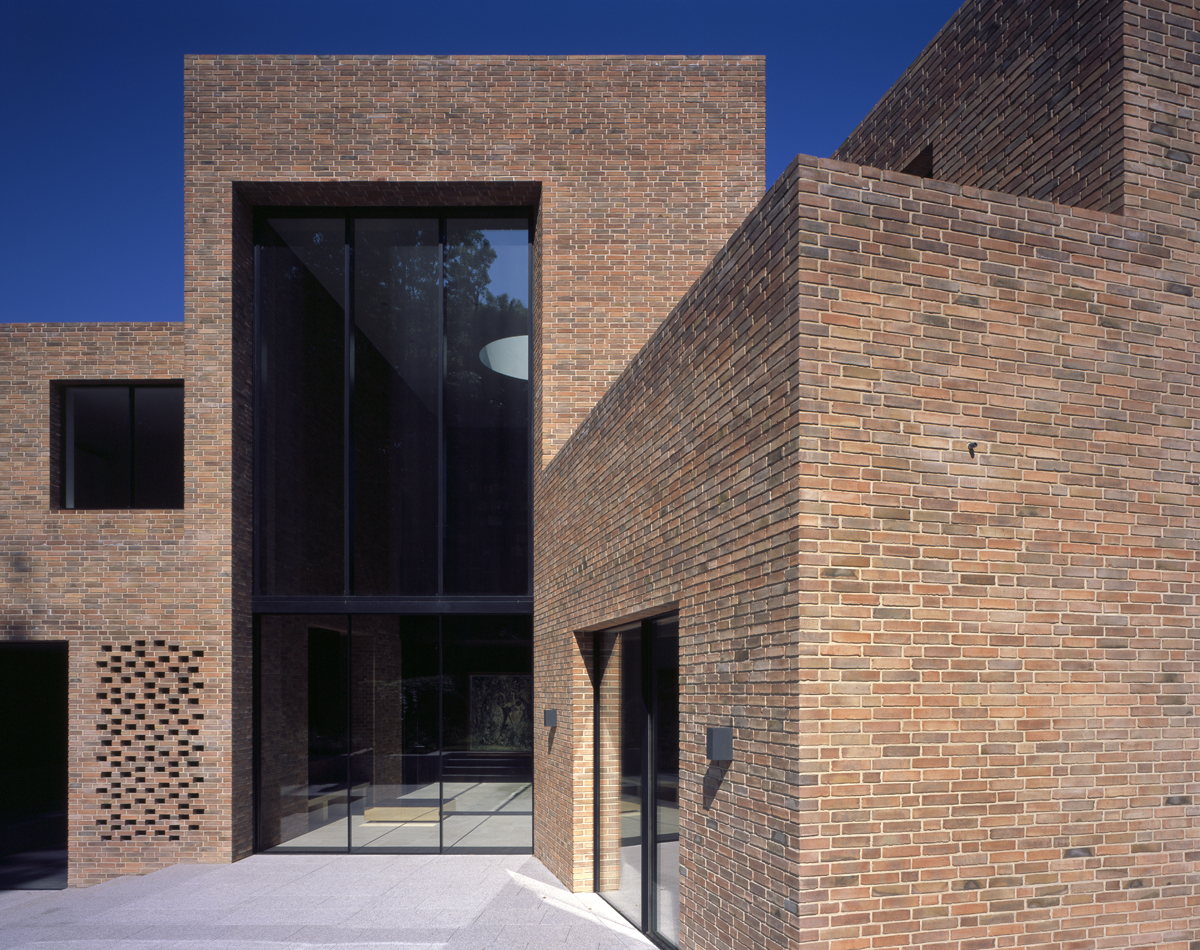 A new family house in the a leafy suburb of North London forges a strong relationship between its external form and the composition of its internal spaces. It is given physical consistency and presence throughout by its sculptural use of brick as the predominant material.

Brick provides contextual coherence with the surrounding detached houses of the North London suburb. Whilst the treatment of the house is manifestly abstract, covering all surfaces inside and out, it retains associations of traditional crafting embedded in the eclectic domestic architecture of the neighbourhood.

A clear language of public and private realms is defined in the elevations of the house. The treatment of thresholds between interior and exterior space varies greatly in scale and proportion according to each room’s physical and visual connection to the street, garden and Highgate Wood beyond.

The large central hall becomes the determining element in the formal and spatial composition. It defines the centrepiece of a radical composition of brick masses relating in scale and grain to the neighbouring houses and urban condition. The hall also simultaneously reinforces a hierarchy of rooms within the house according to patterns of living: open-plan, fluid space on the ground floor and more conventional cellular rooms on the upper levels. 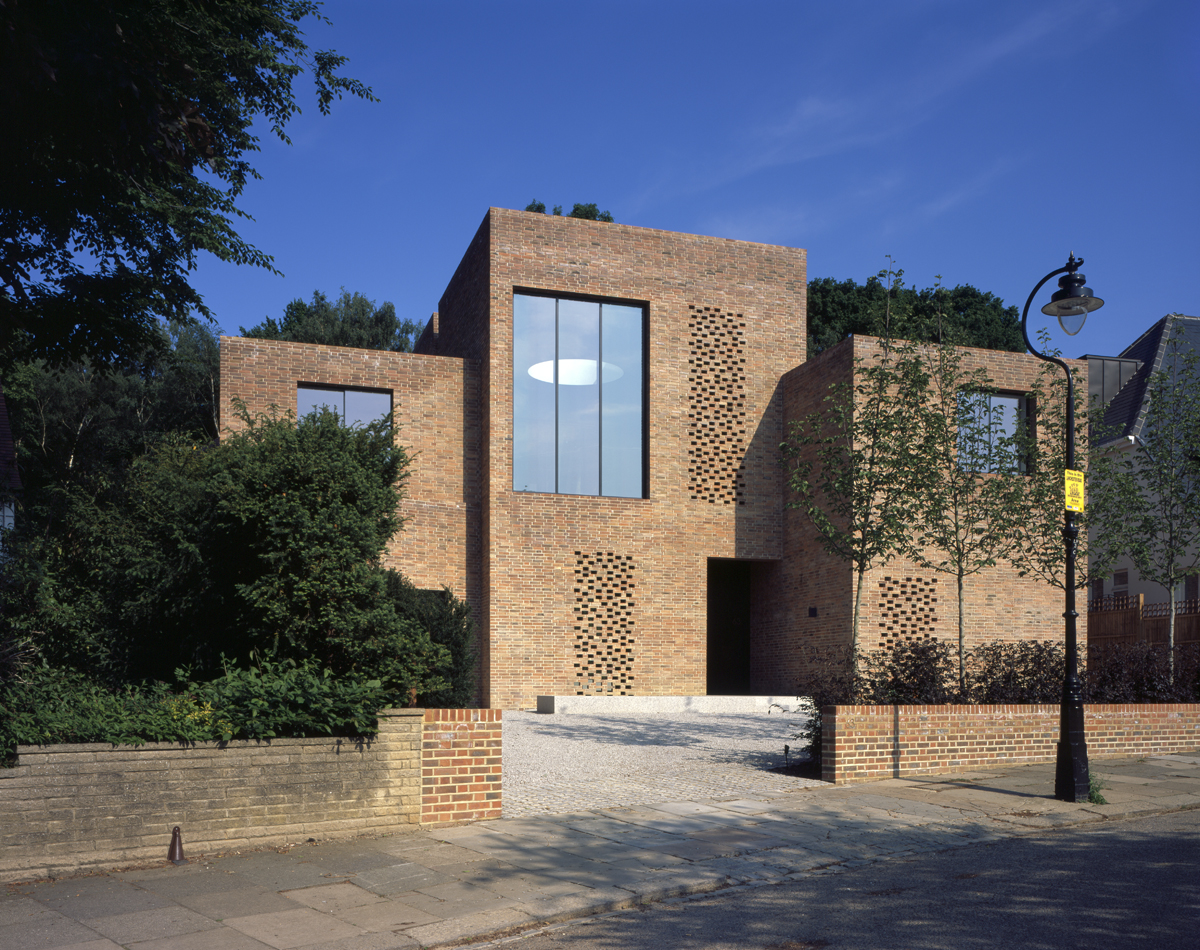 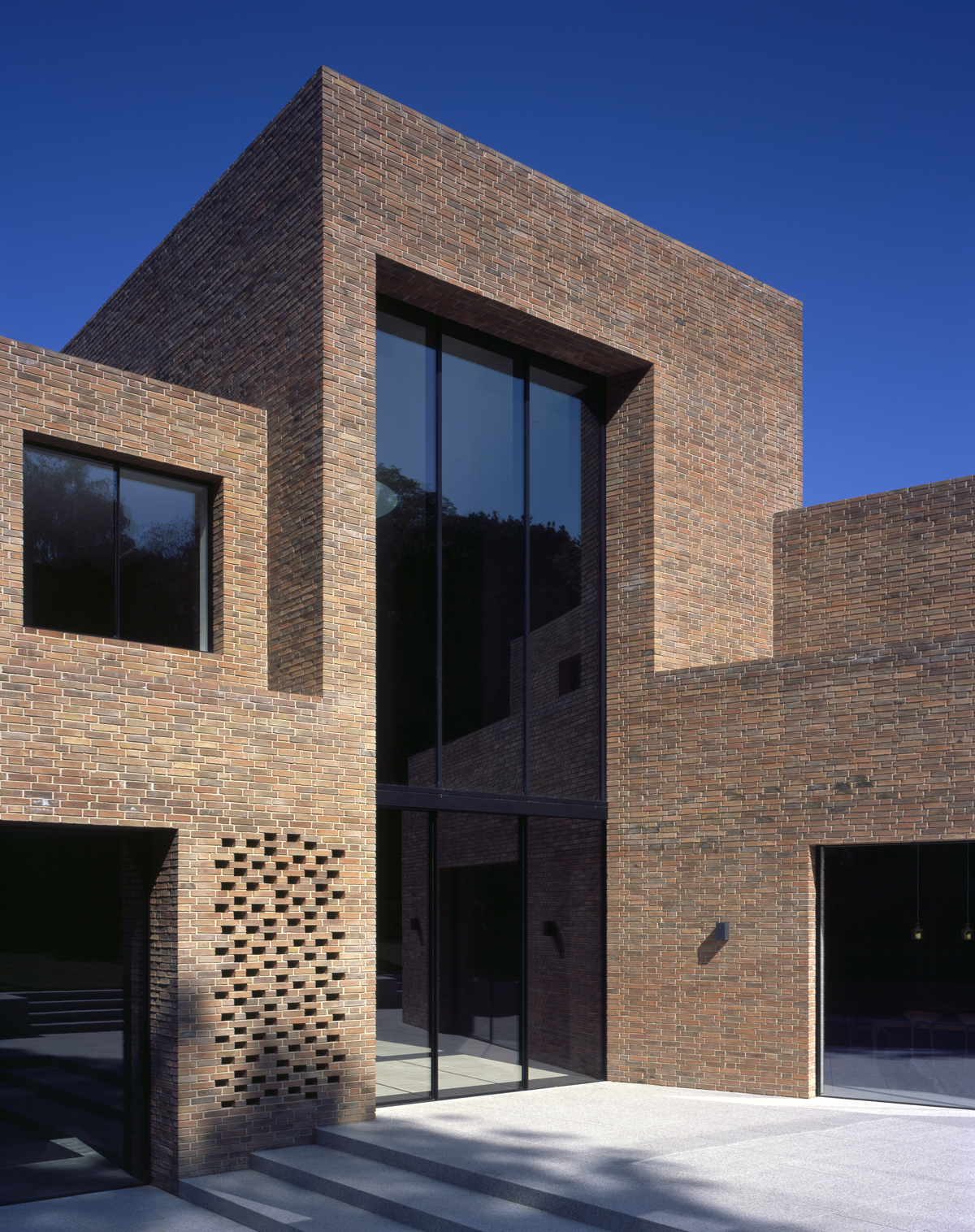 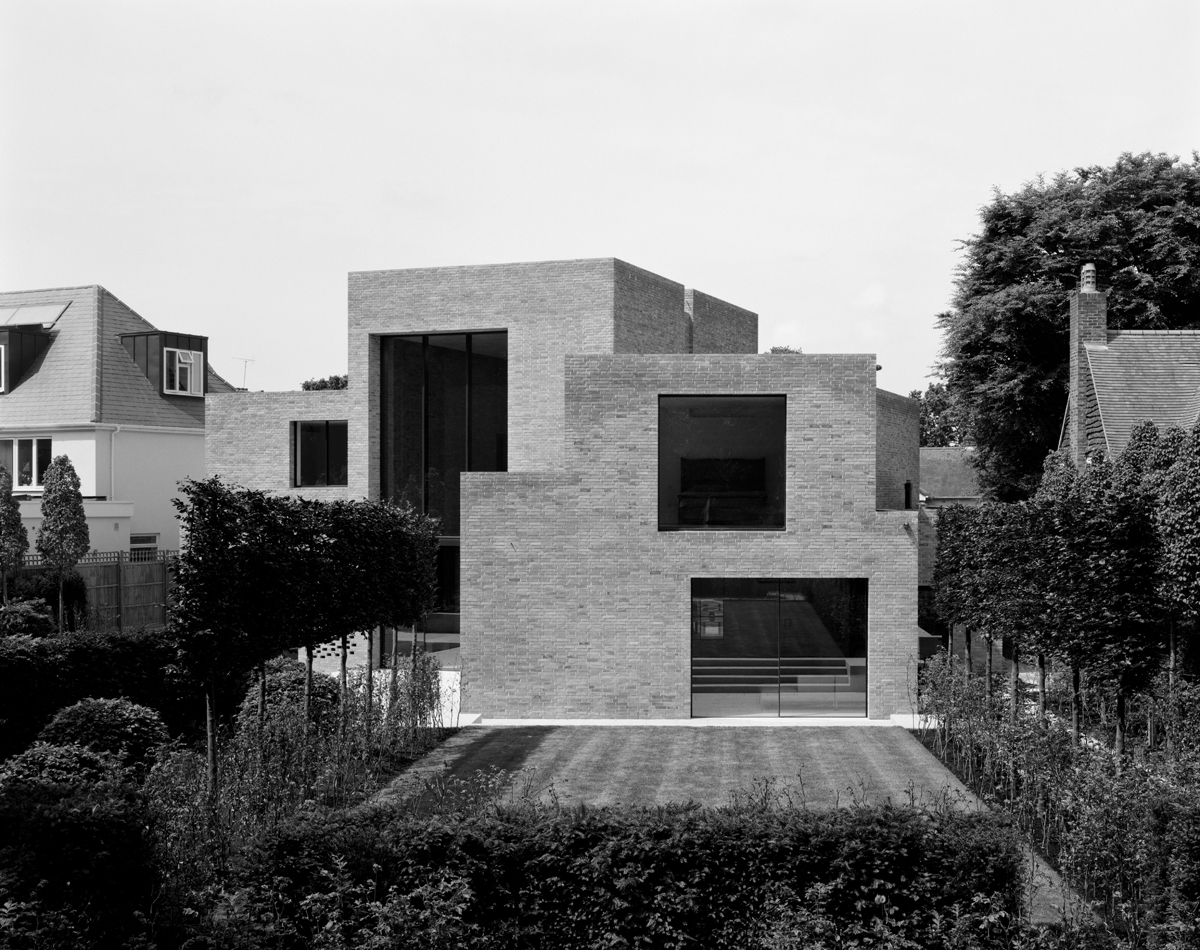 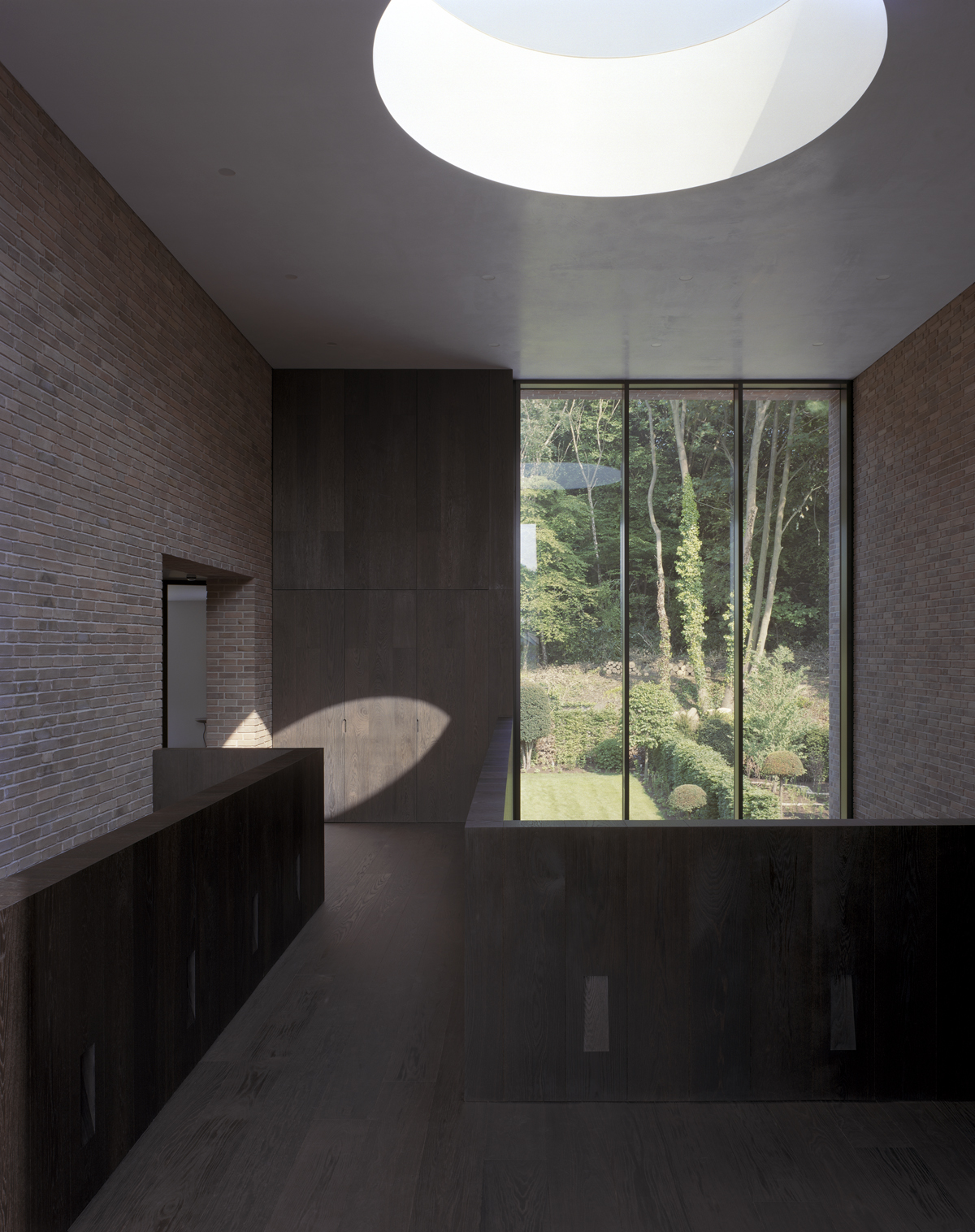 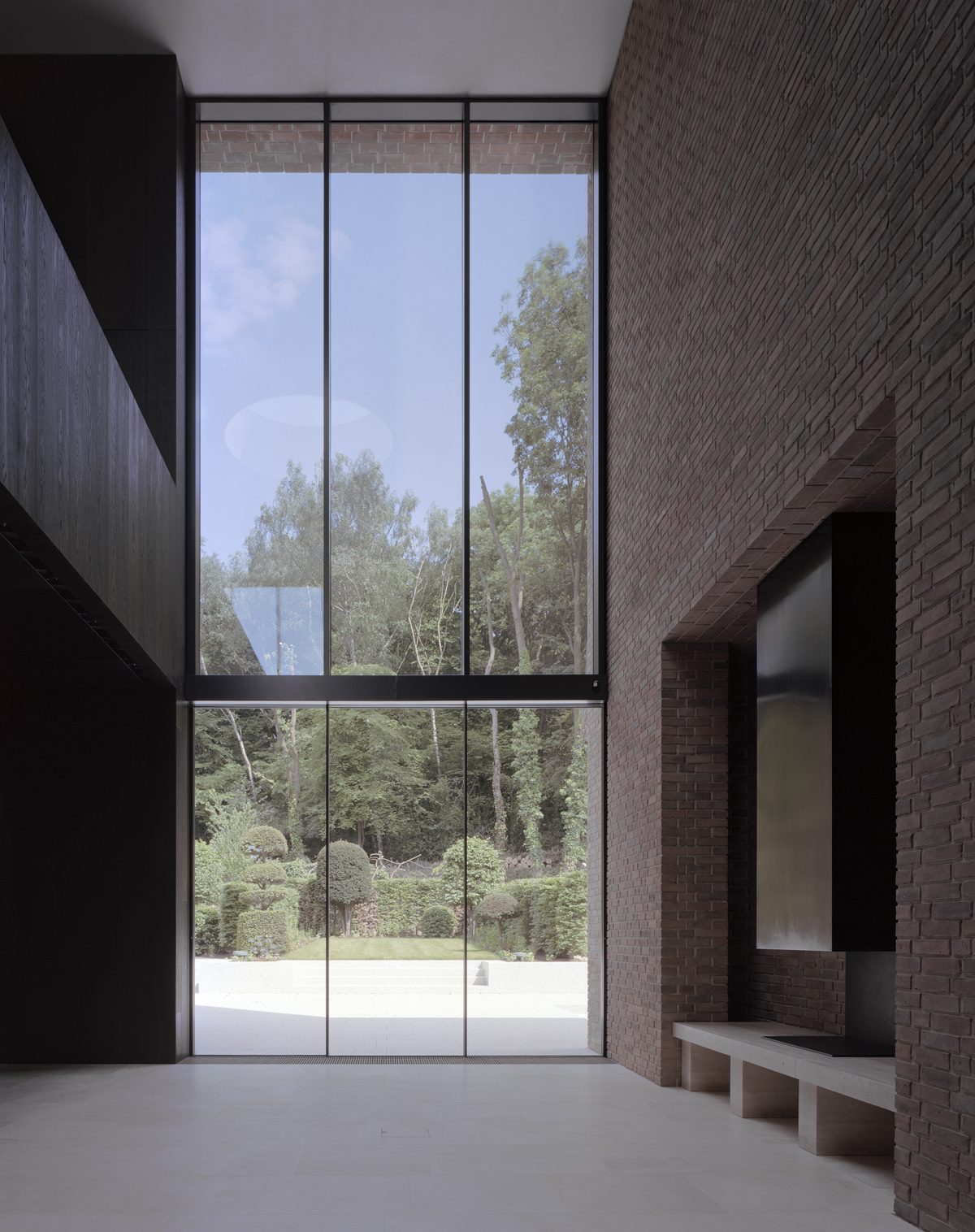 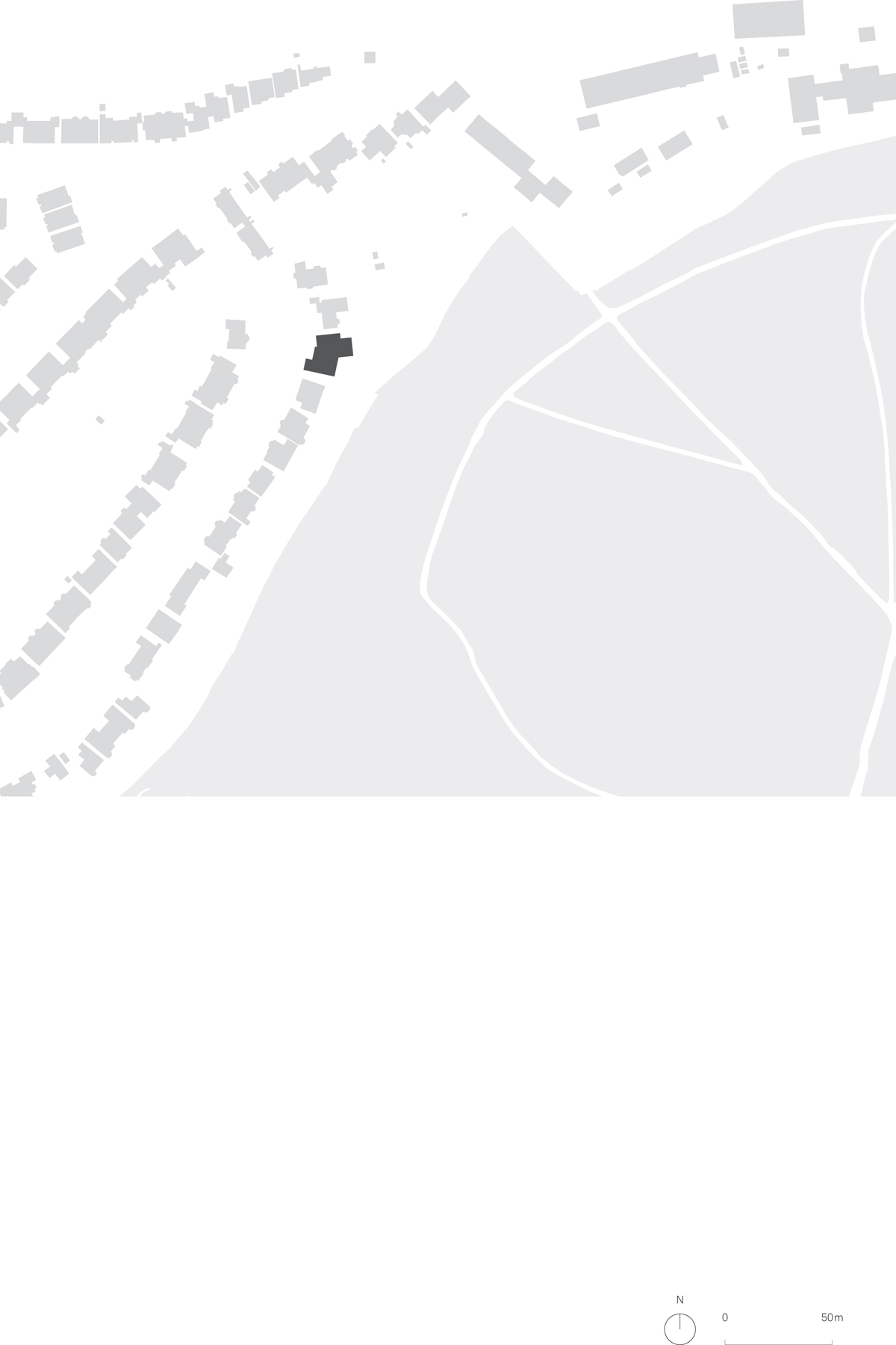 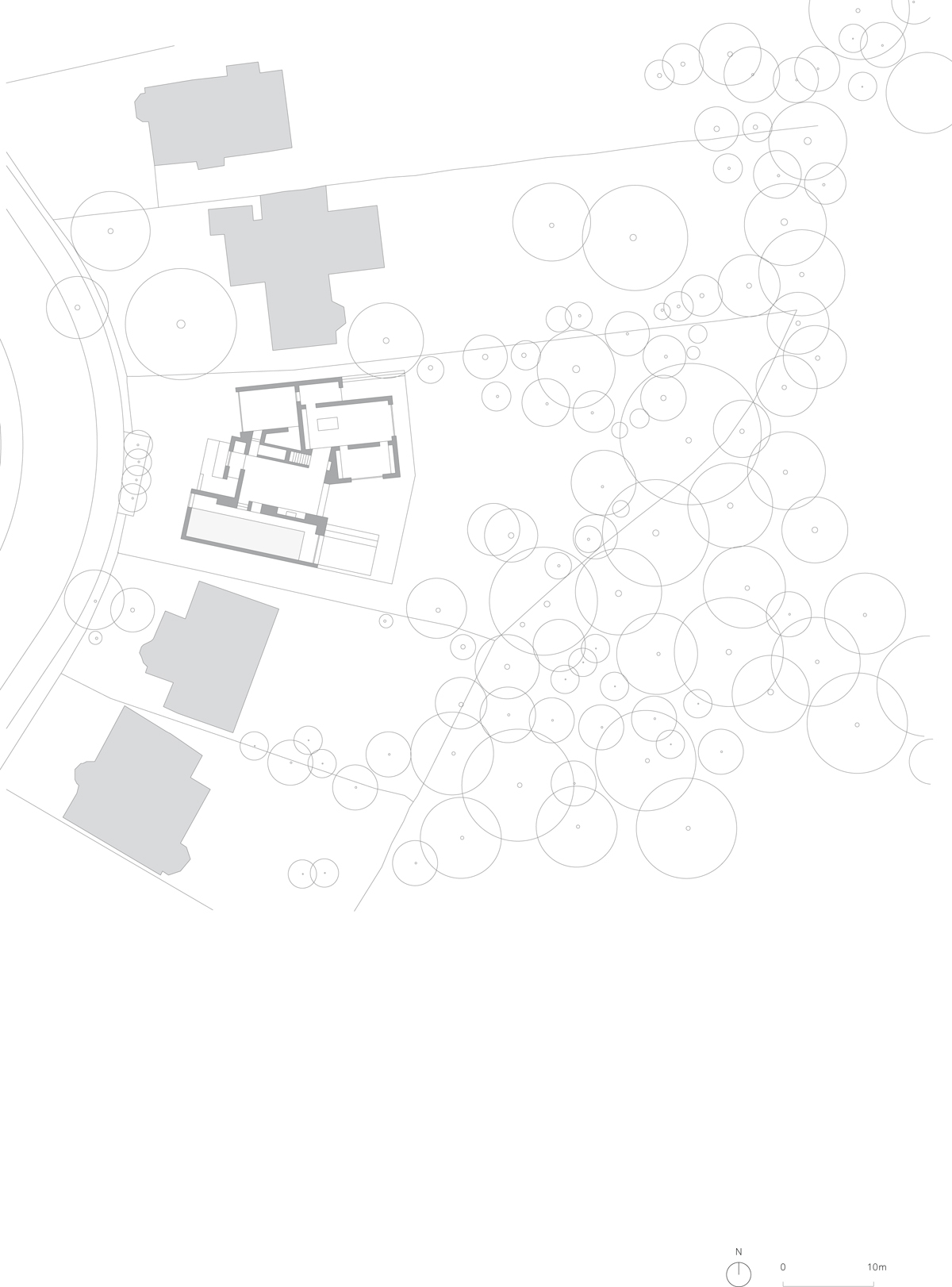 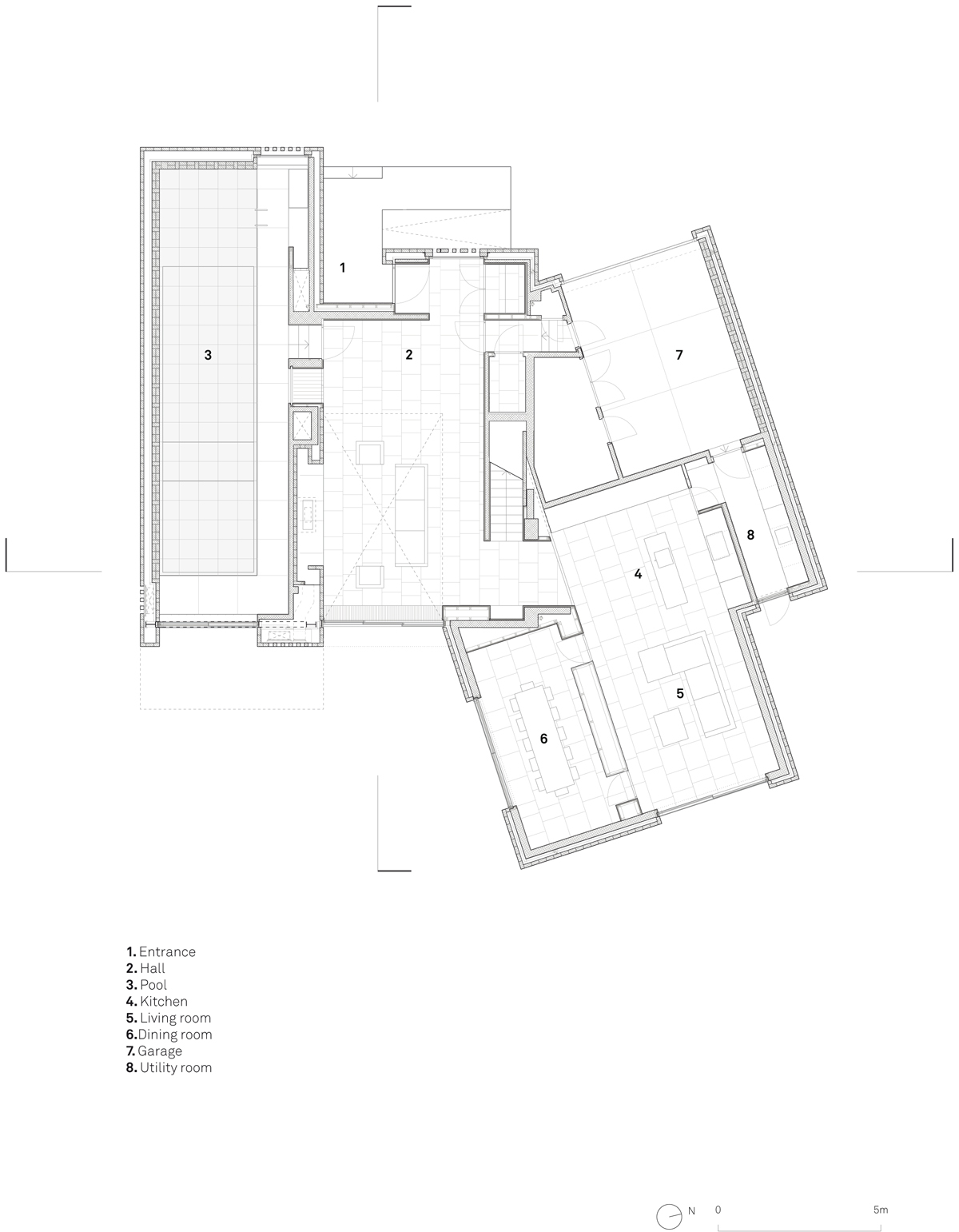 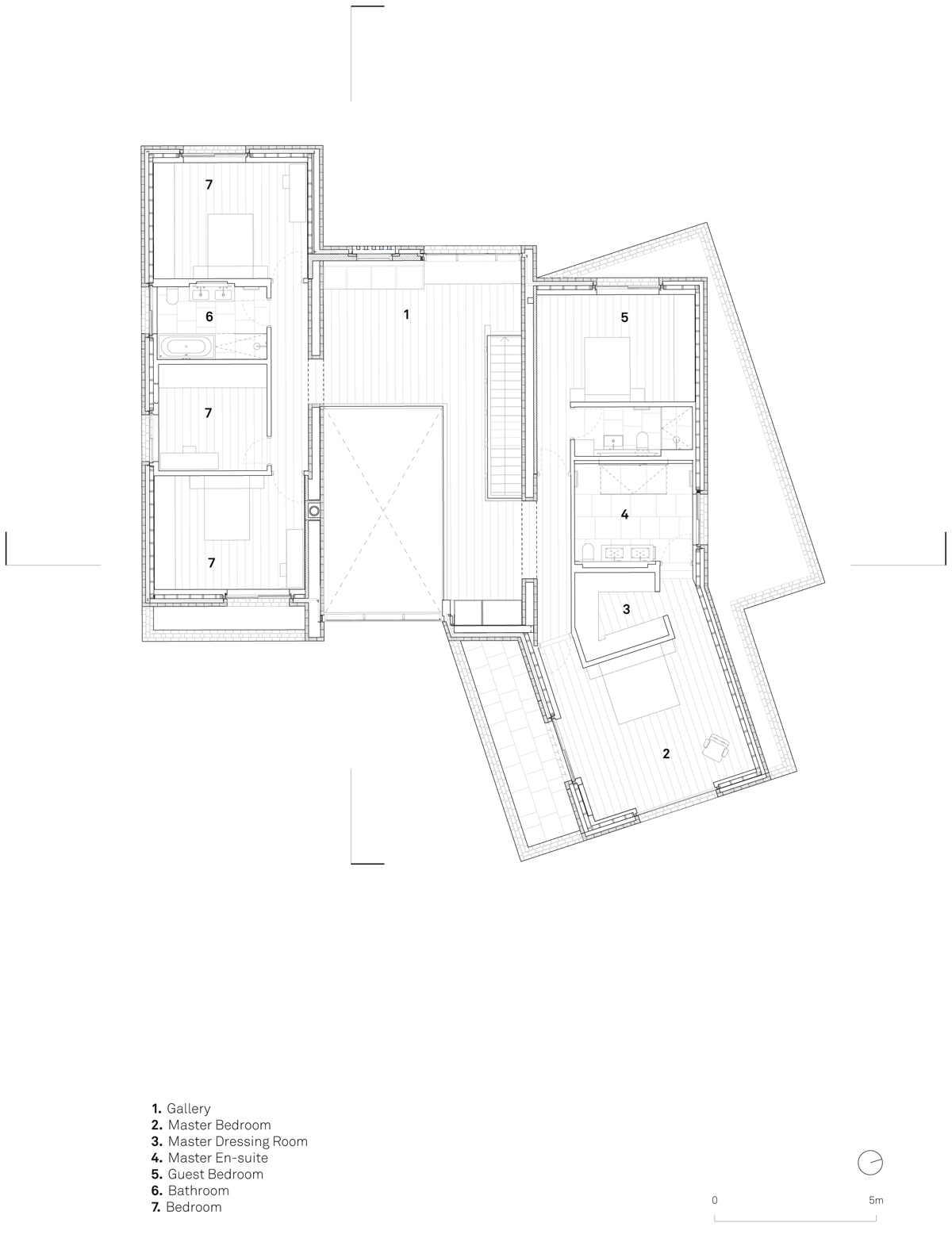 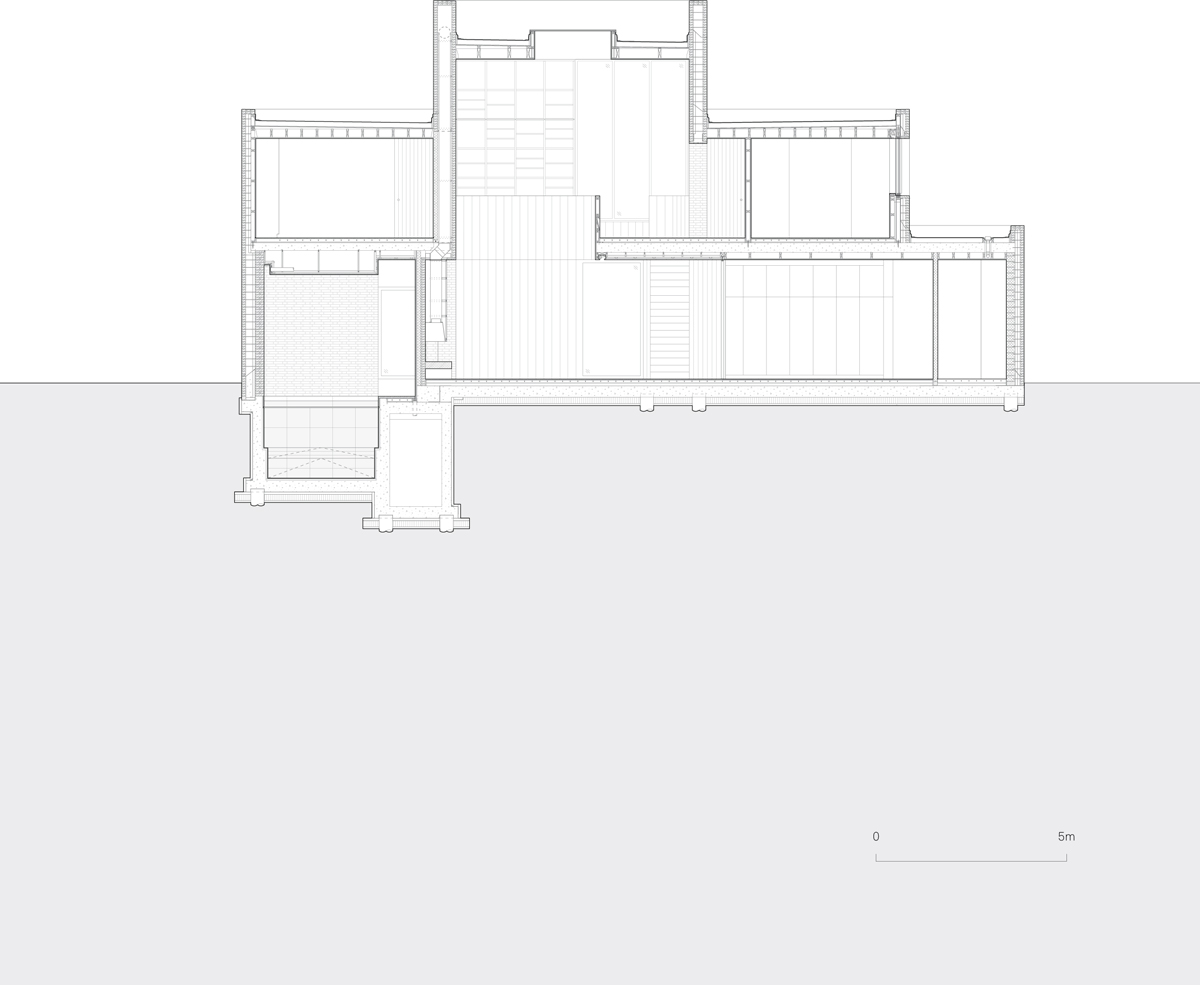 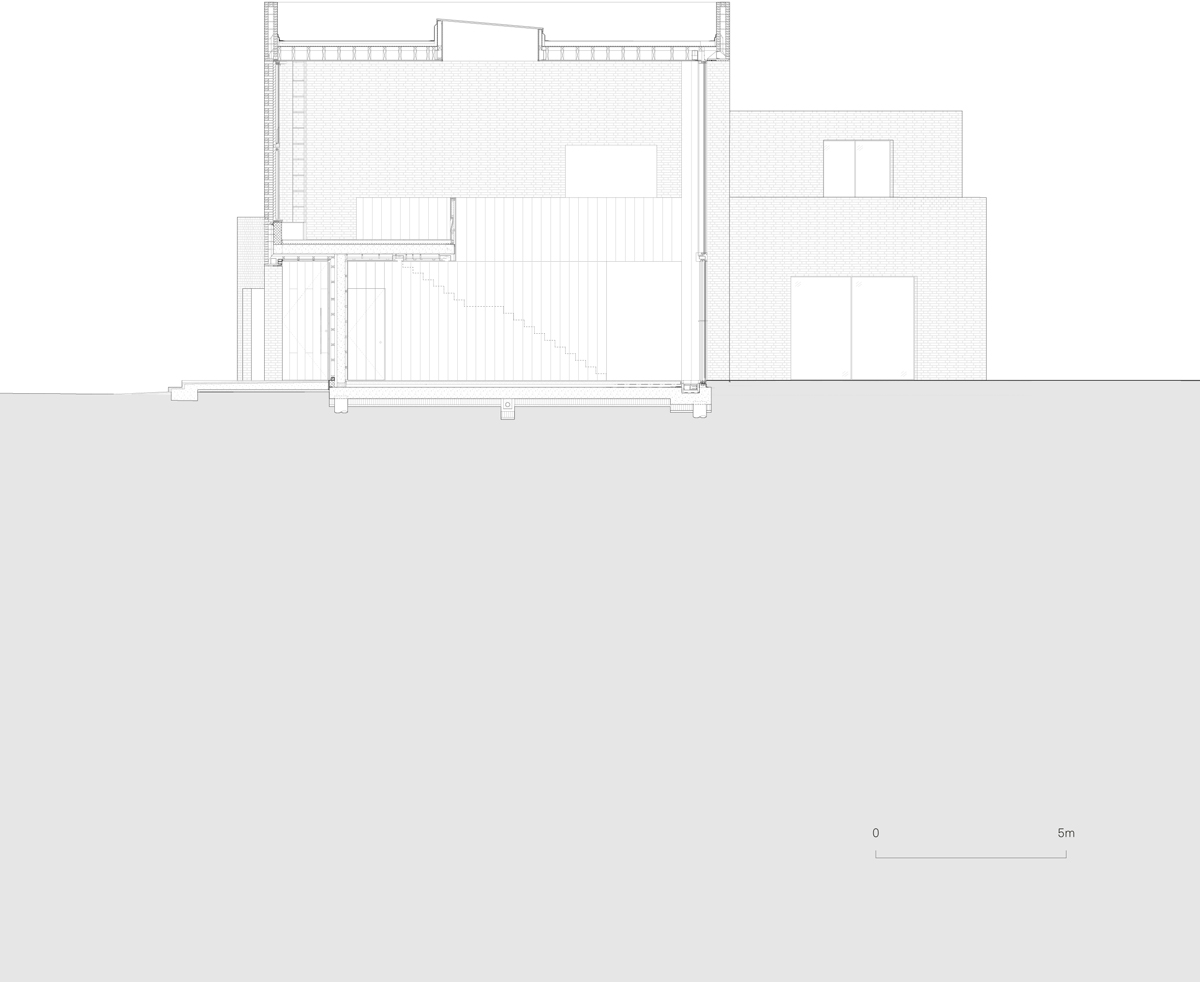 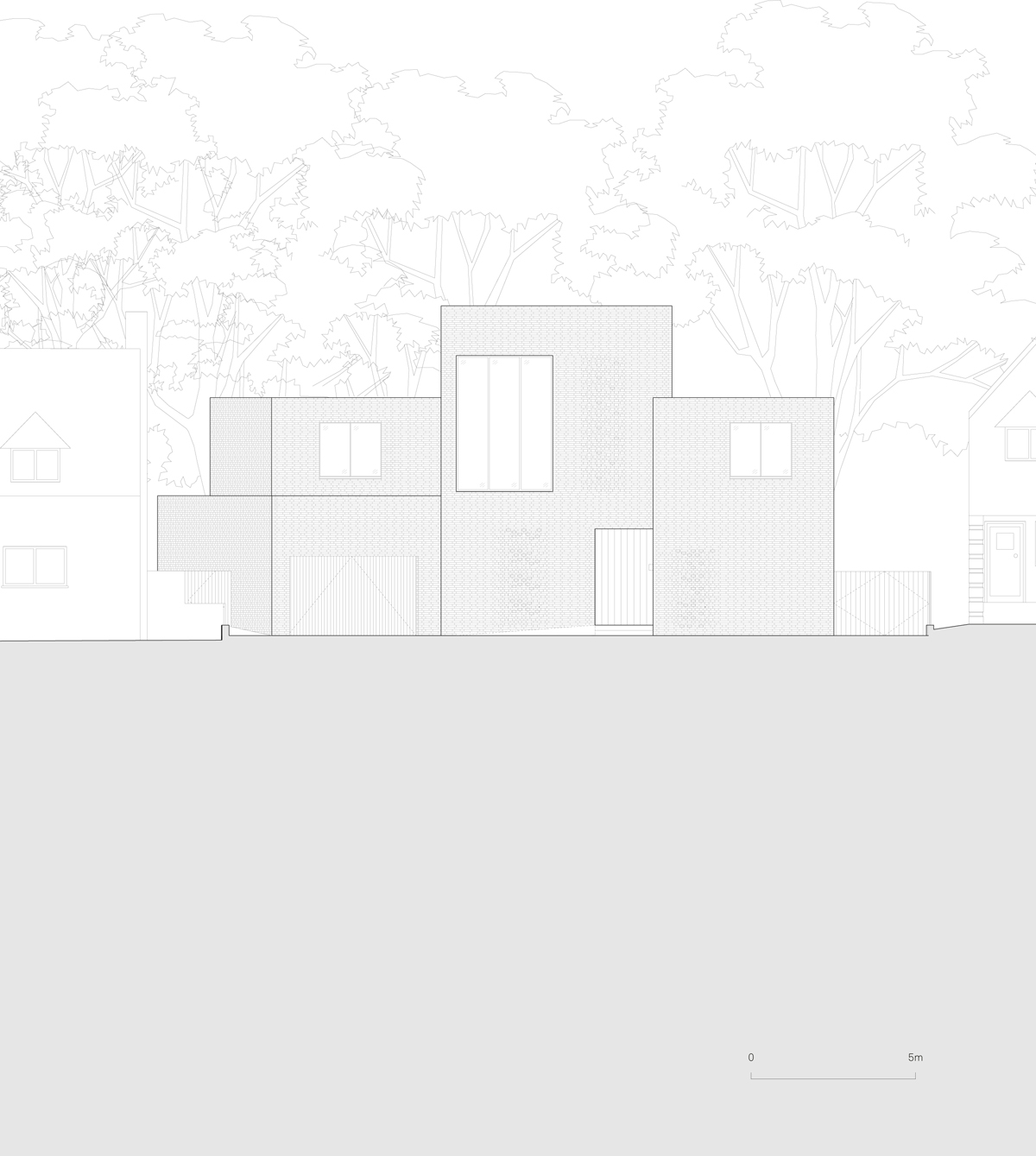 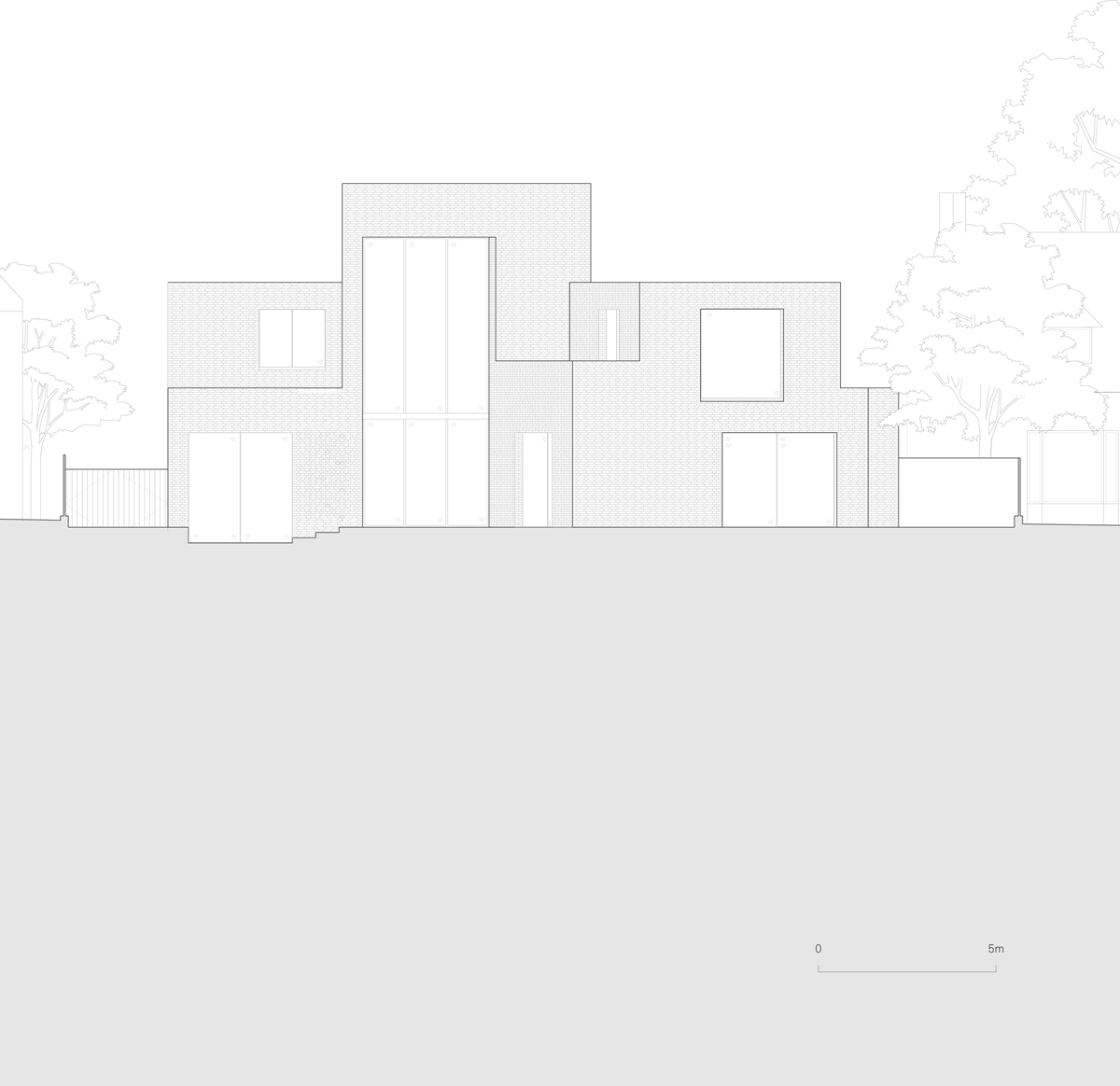 Carmody Groarke is a London-based architectural practice founded in 2006 by Kevin Carmody and Andy Groarke. The practice has developed a reputation for working internationally on a wide range of arts, cultural, heritage and residential projects.

Current projects include: the new Windermere Jetty Museum in the Lake District, a major renovation of Dorset County Museum in Dorchester, a new Members’ Room for the V&A, a hotel in Devon, a new studio for artist Julian Opie, and several private houses.

The practice has earned international recognition, winning several architectural competitions and awards for

completed projects. The first monograph of the practice was recently published in the Spanish periodical, 2G. The next studio monograph will be published later this year by El Croquis.