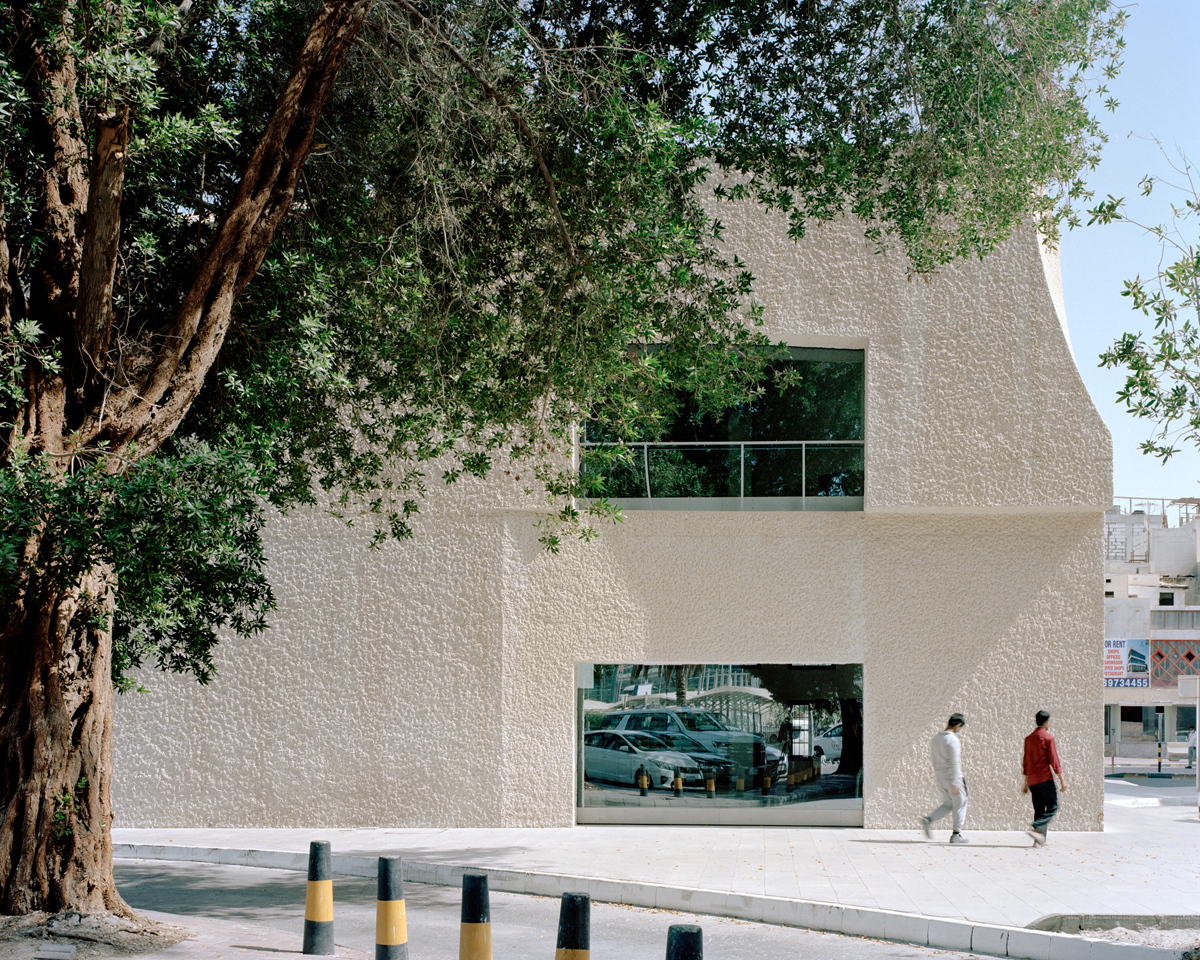 Manama post office is one of the oldest buildings in the area of Bab Al Bahrain, dating back to 1937, where it served as Customs House for the port of Manama. Nowadays with the many land reclamations and building developments that have started in the 80s, the current building marks the center of the capital. With this period of modernization and expansion, the Customs House was turned into the central post office and was completely wrapped in an added concrete and steel facade. Together with the Bahrai Authority for Culture and Antiquities restoration works have started in 2014 to undo the many conversions and additions and bring back the original Customs House’s historic fabric.
After restoration, the incomplete two historic volumes (one being the main volume and one being a valuable side addition) are completed by a third new volume. Several ‘cuts’ are made in the new volume with the idea to complete the total building with being incomplete. In its incompleteness the volume fits mostly and leaves gaps at corners and connections that highlight its history of continuous alterations and building upon. The new addition is built with the same solid thickness of the 80 cm thick historic walls– casted this time case in white hand-hammered concrete. 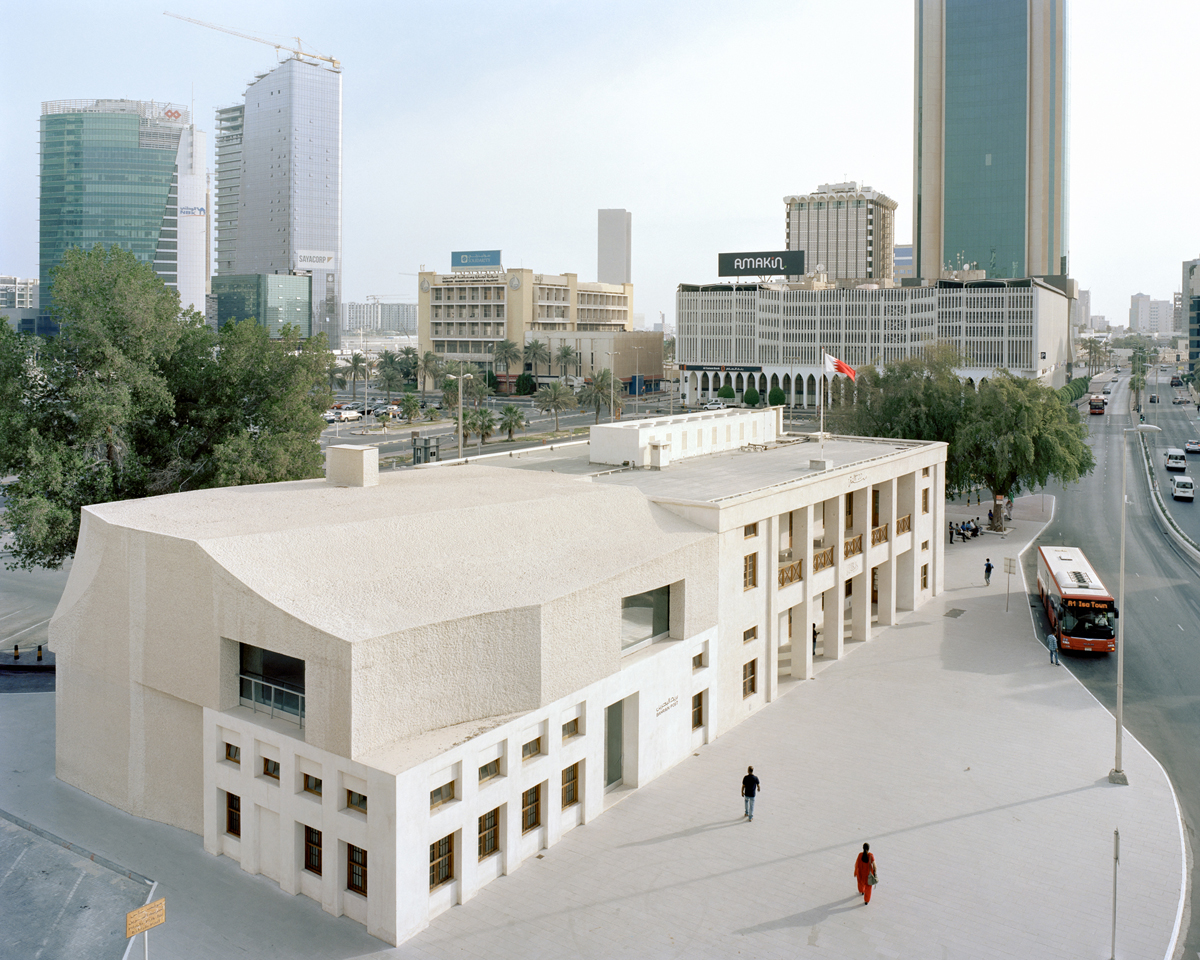 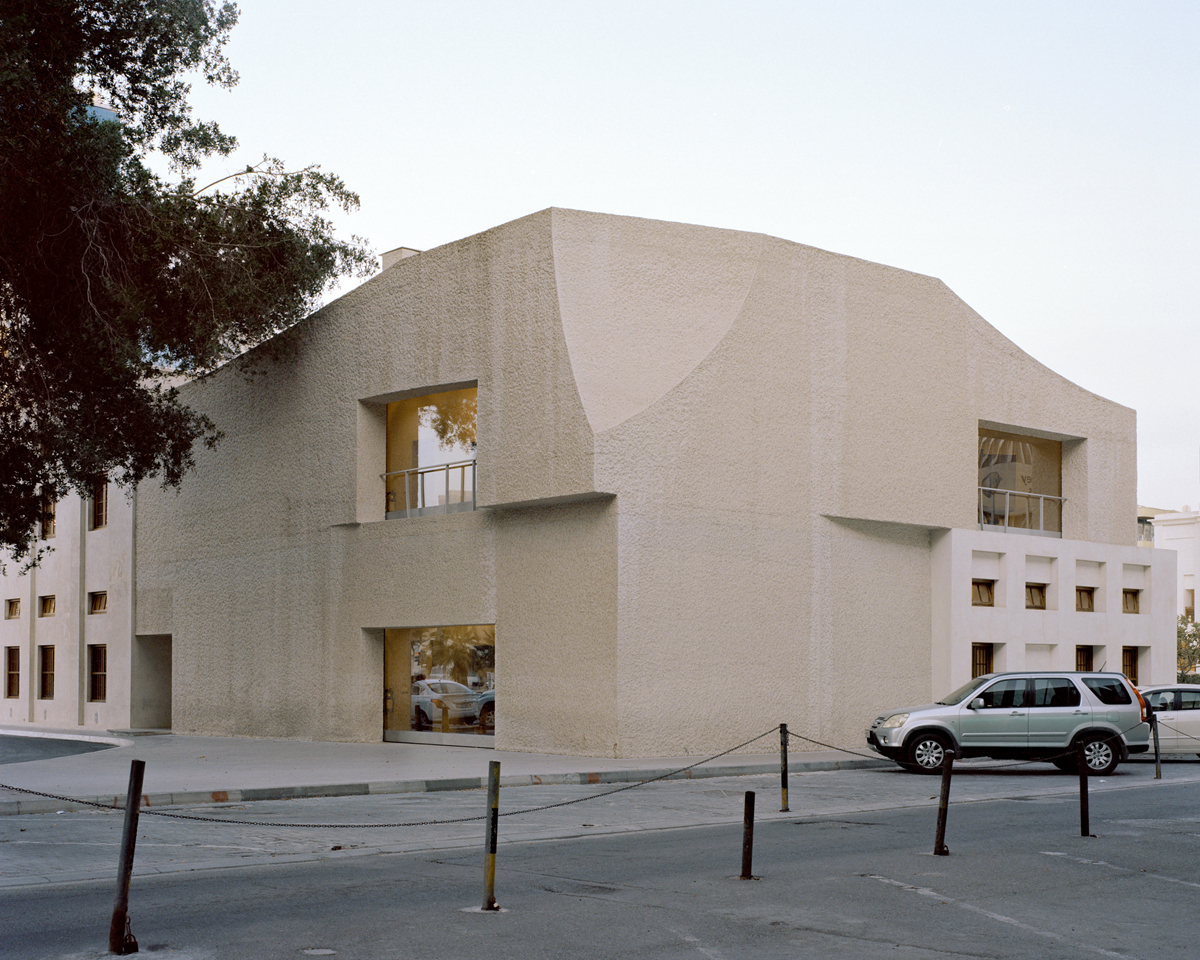 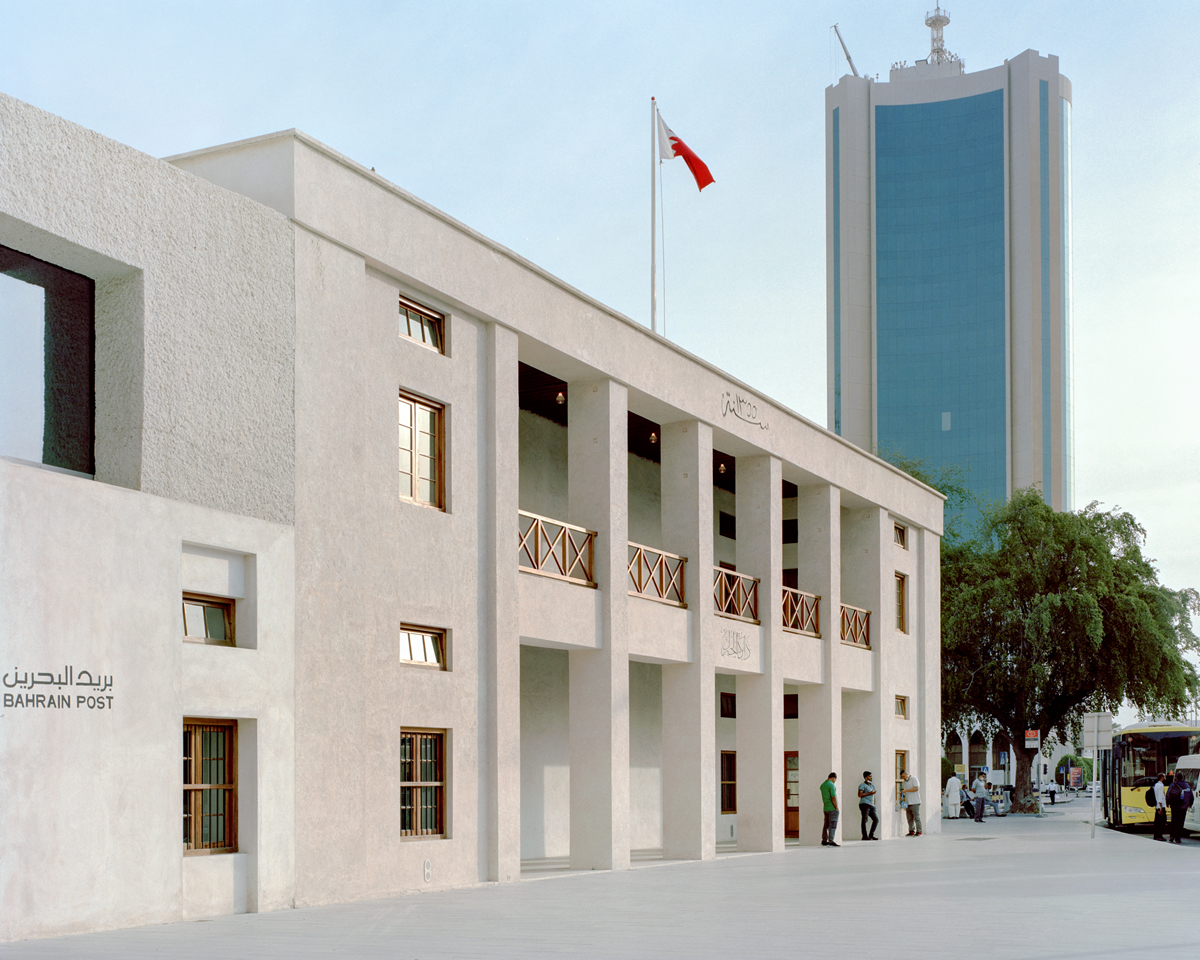 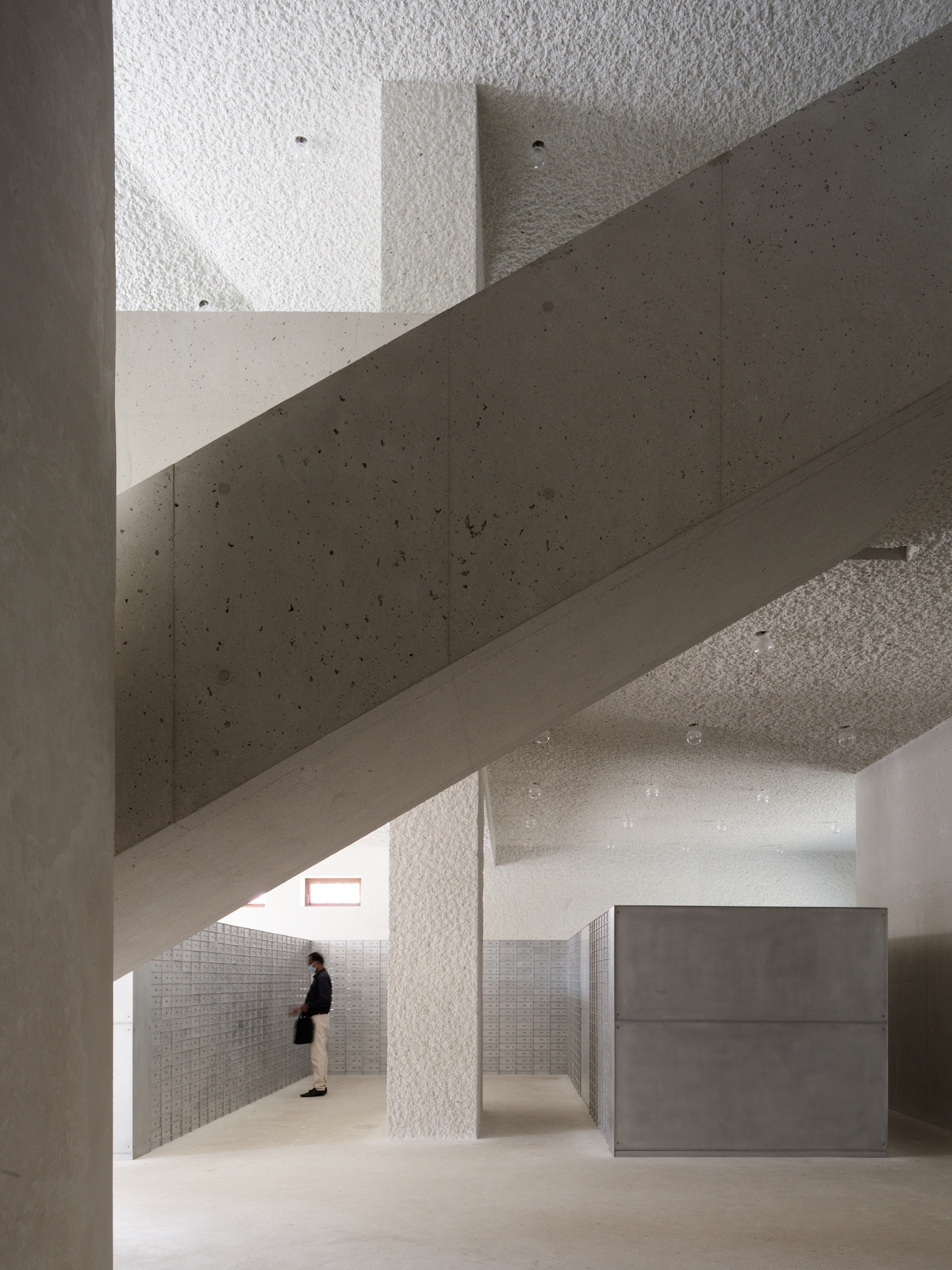 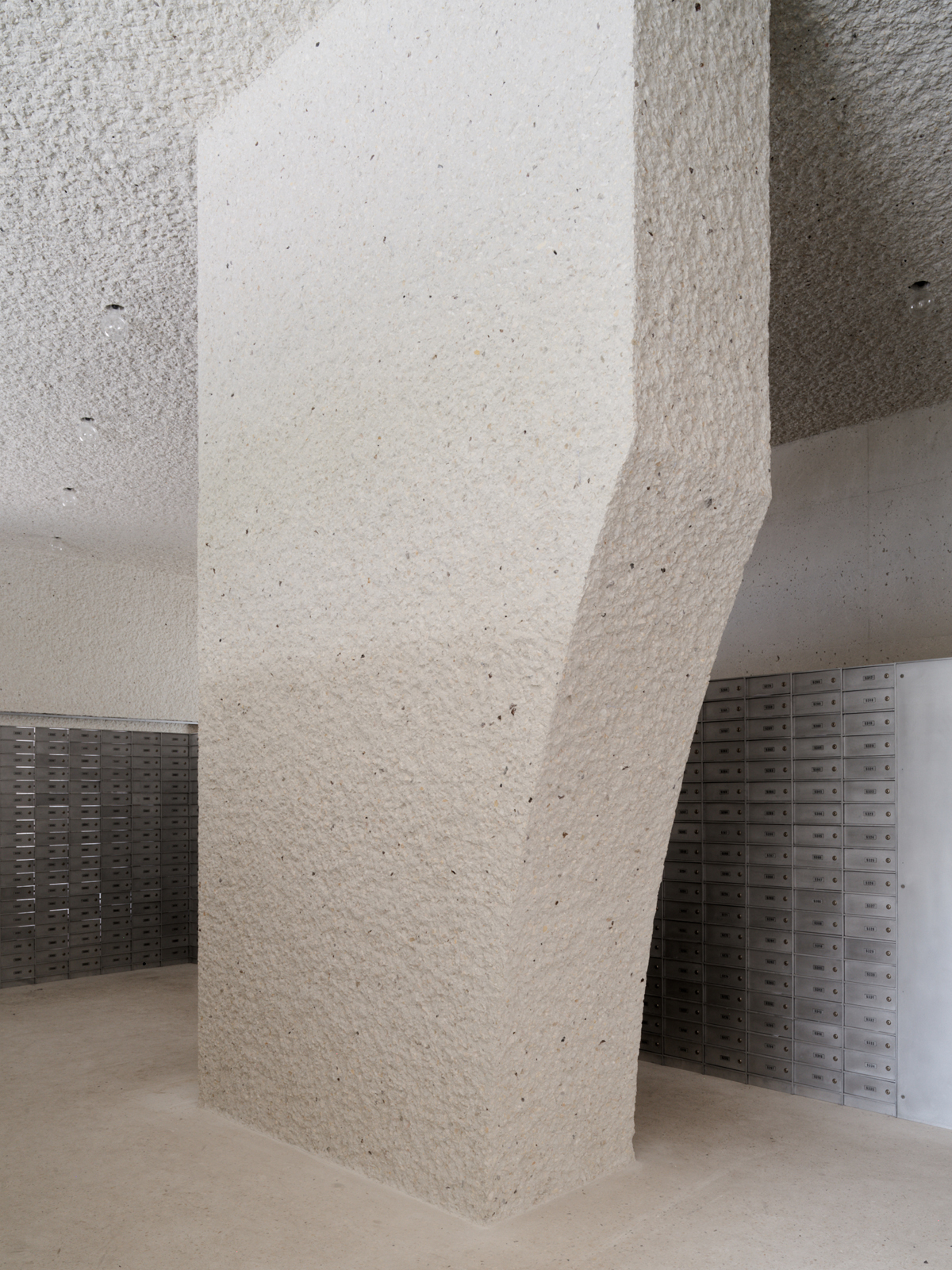 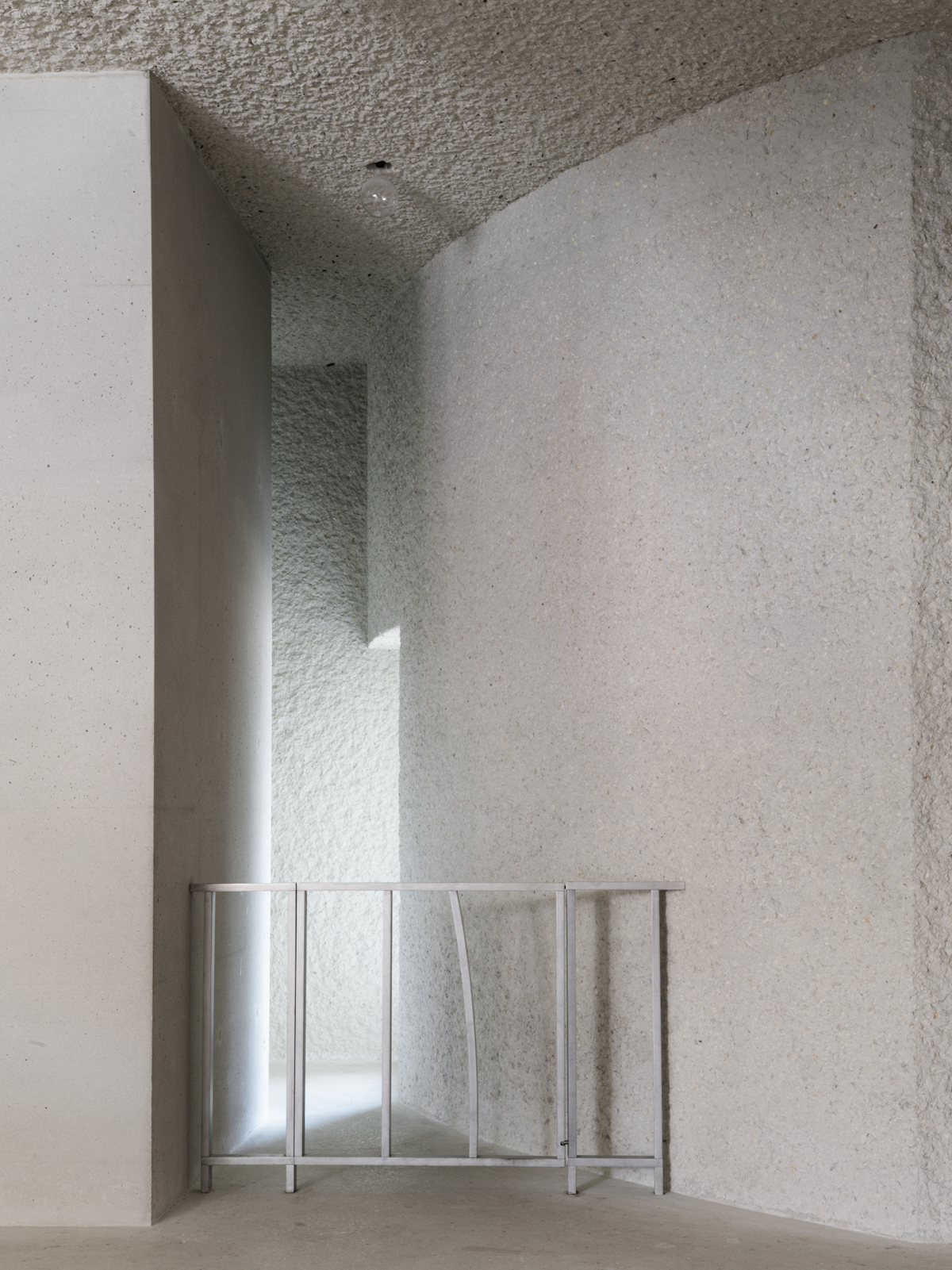 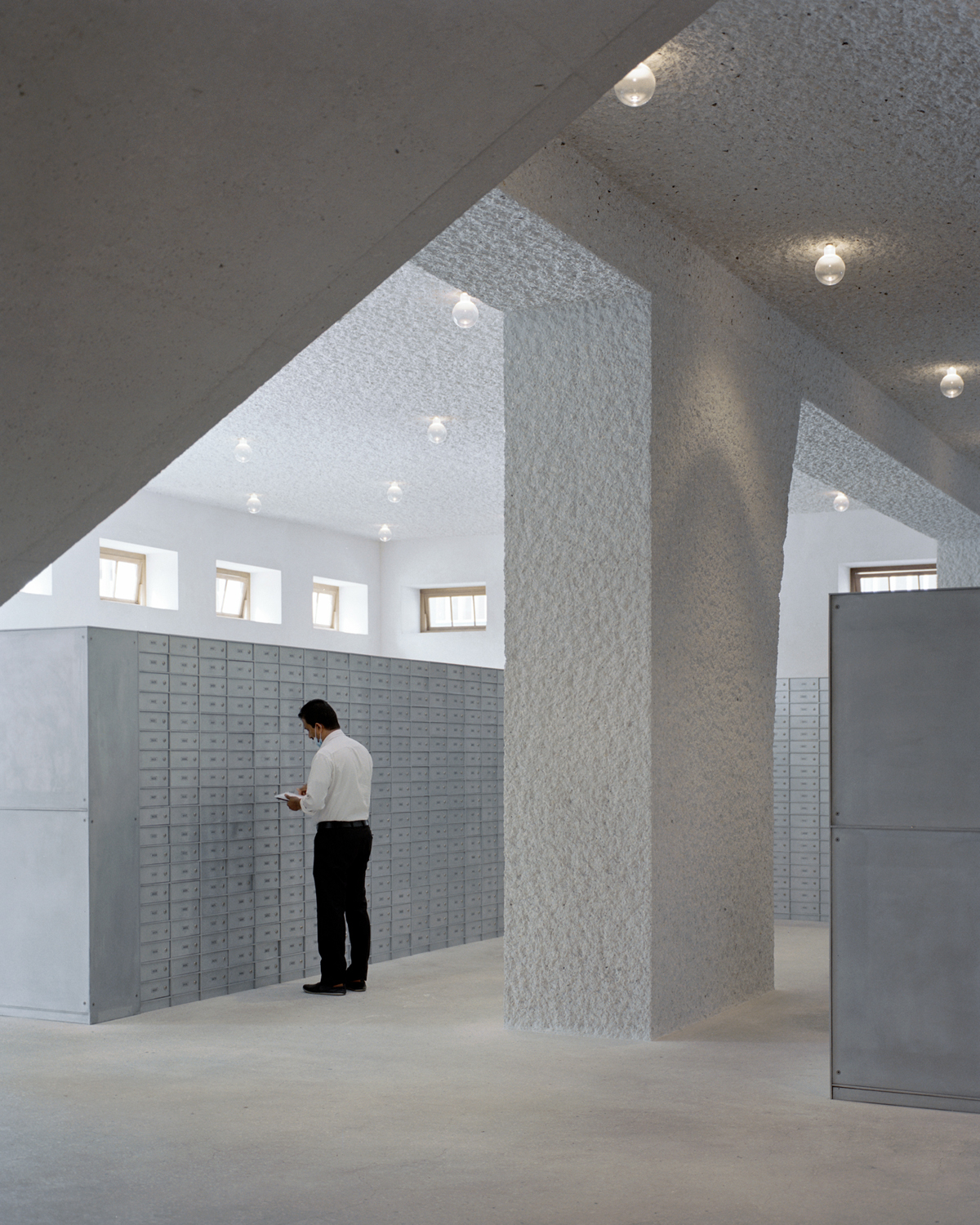 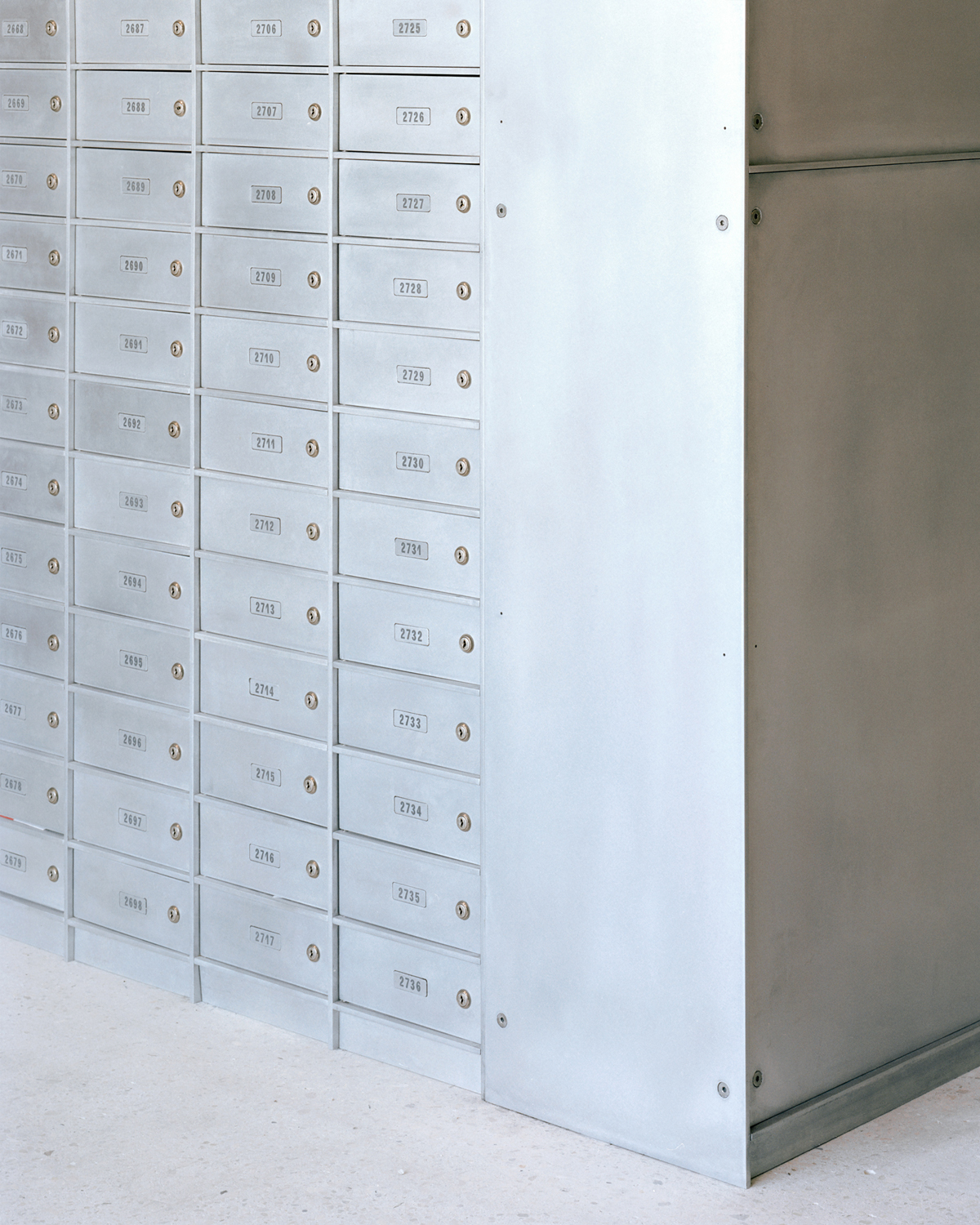 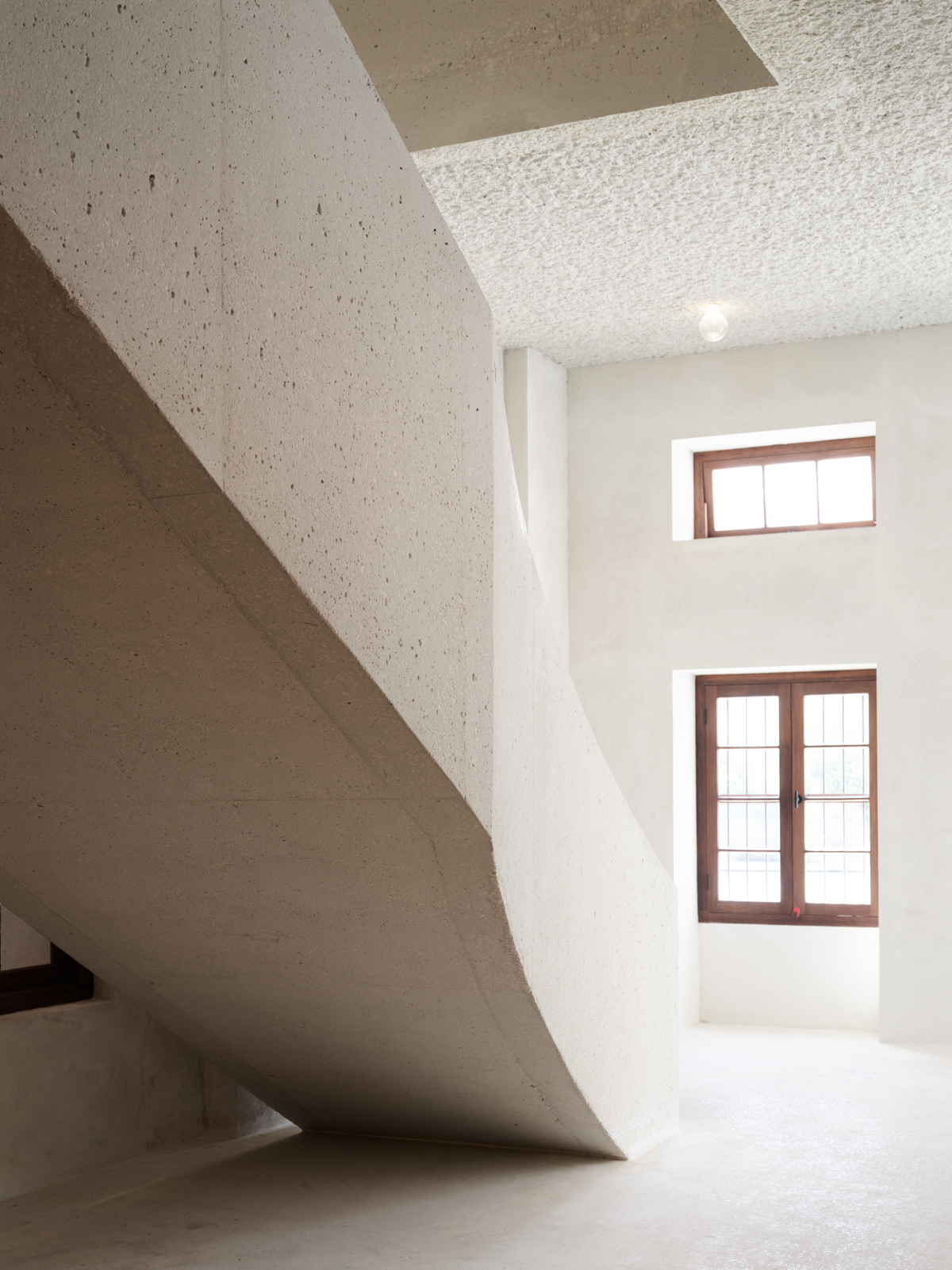 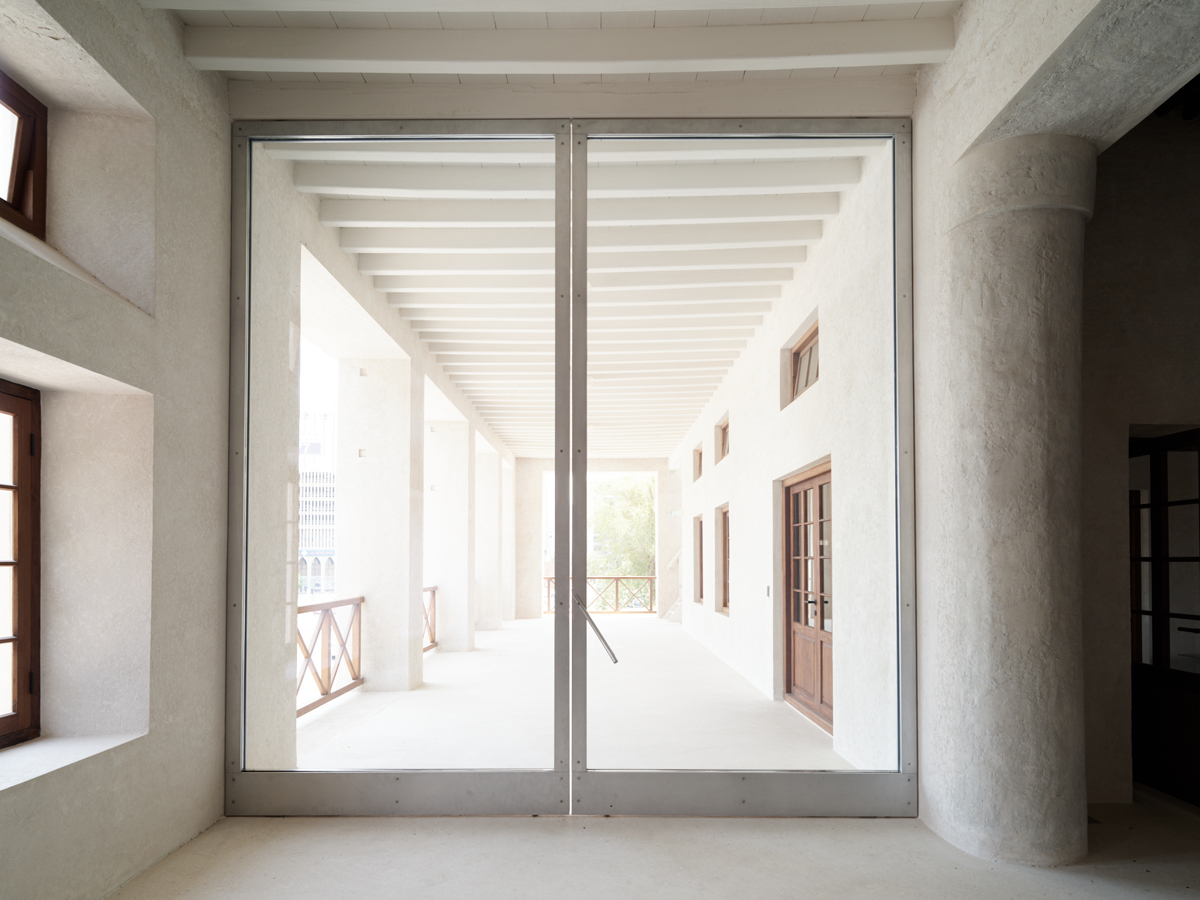 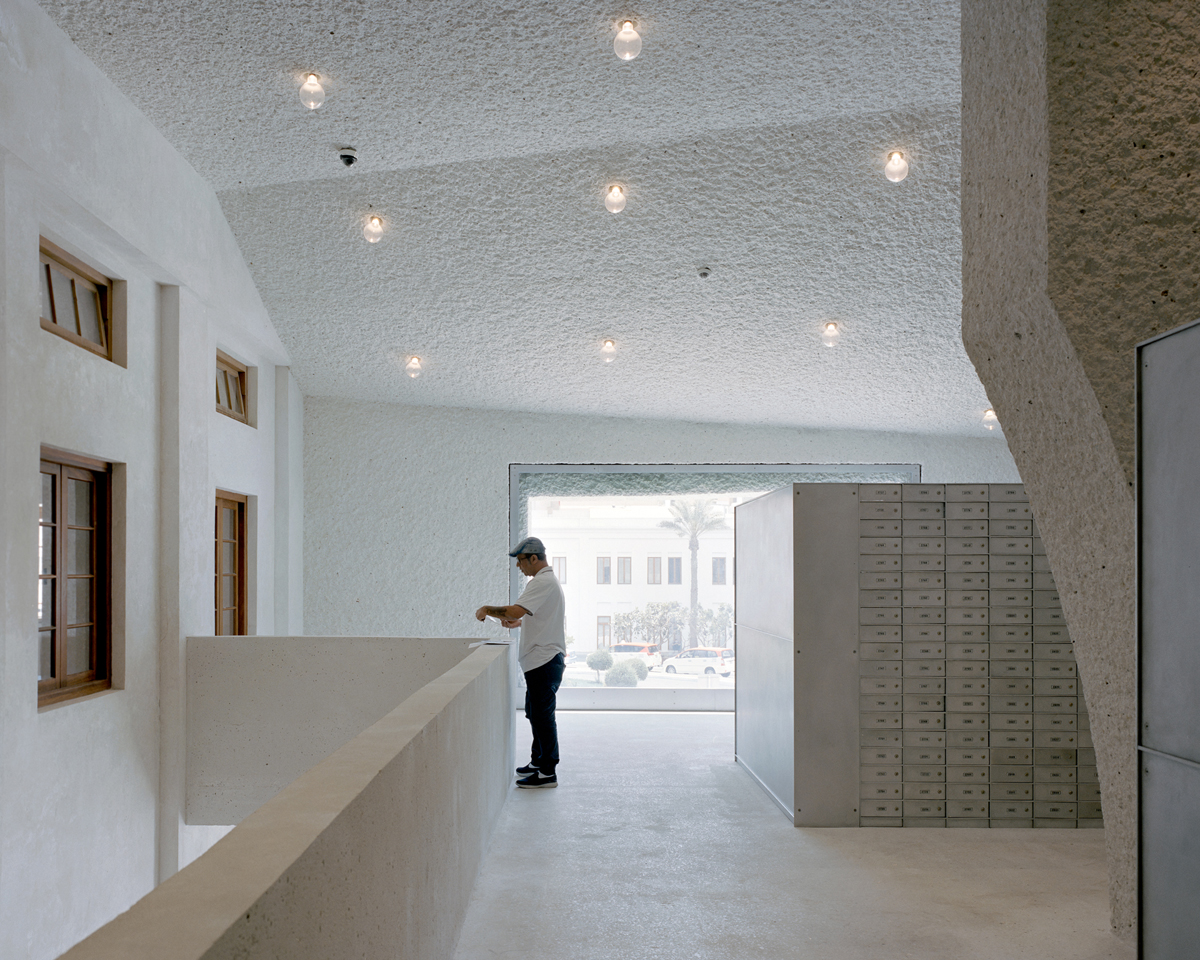 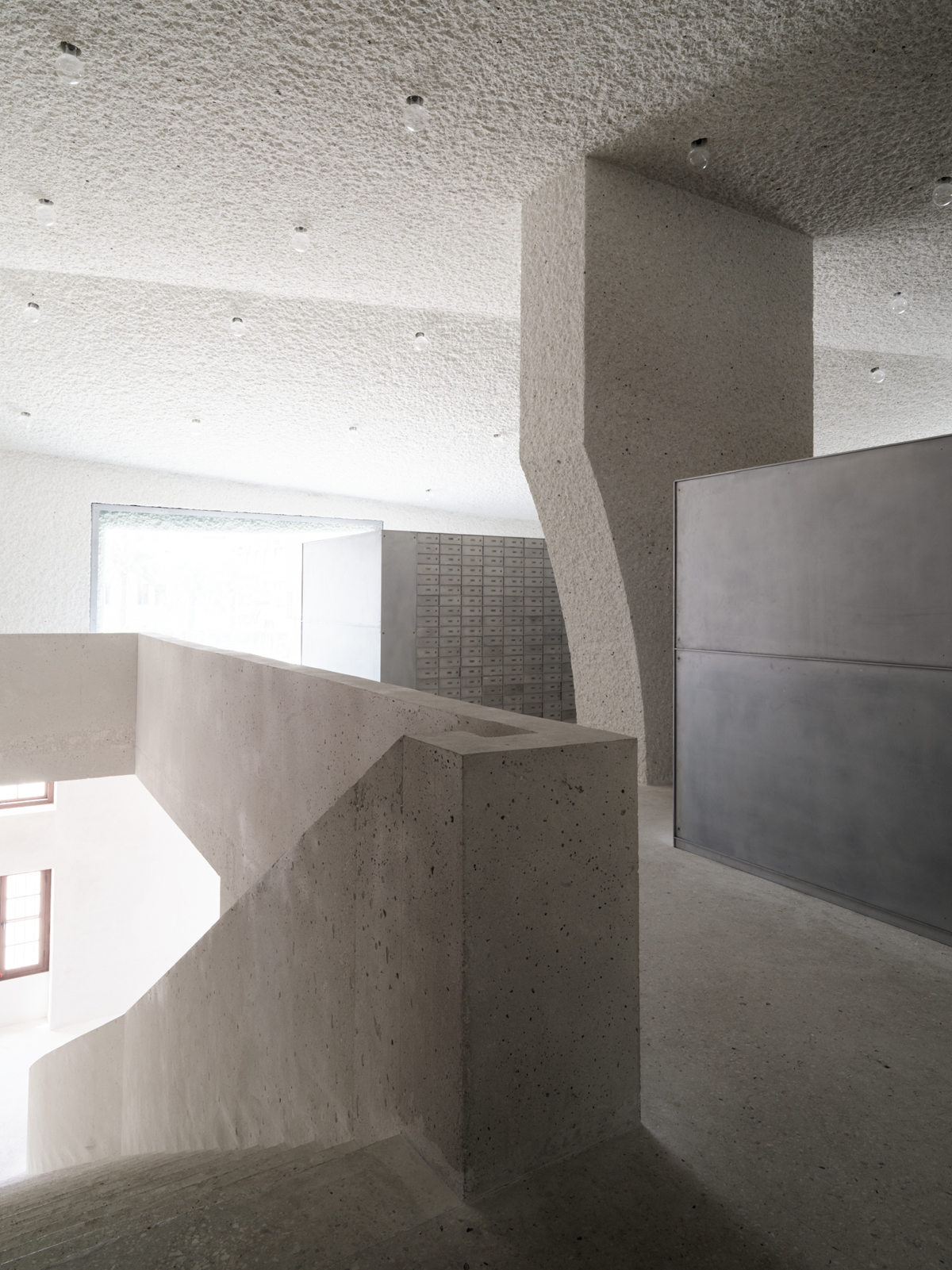 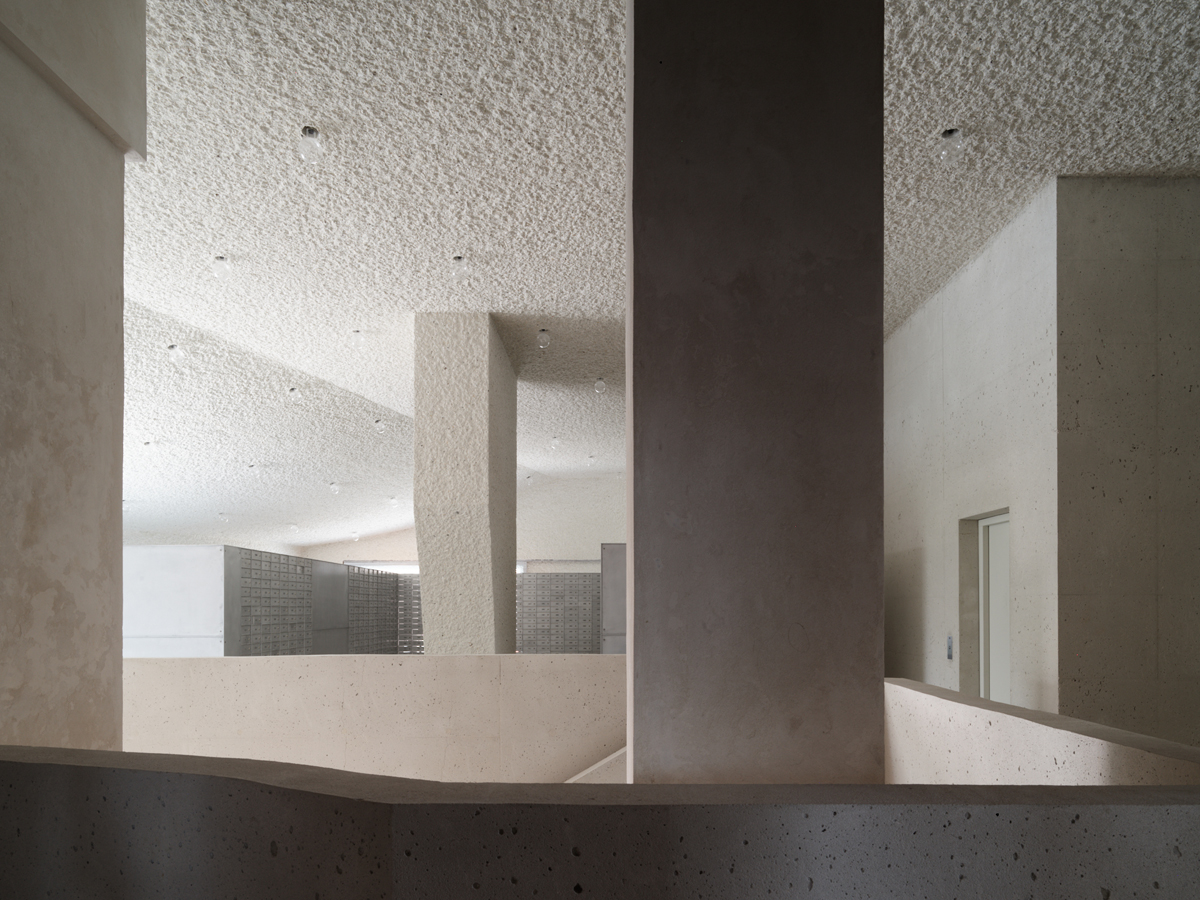 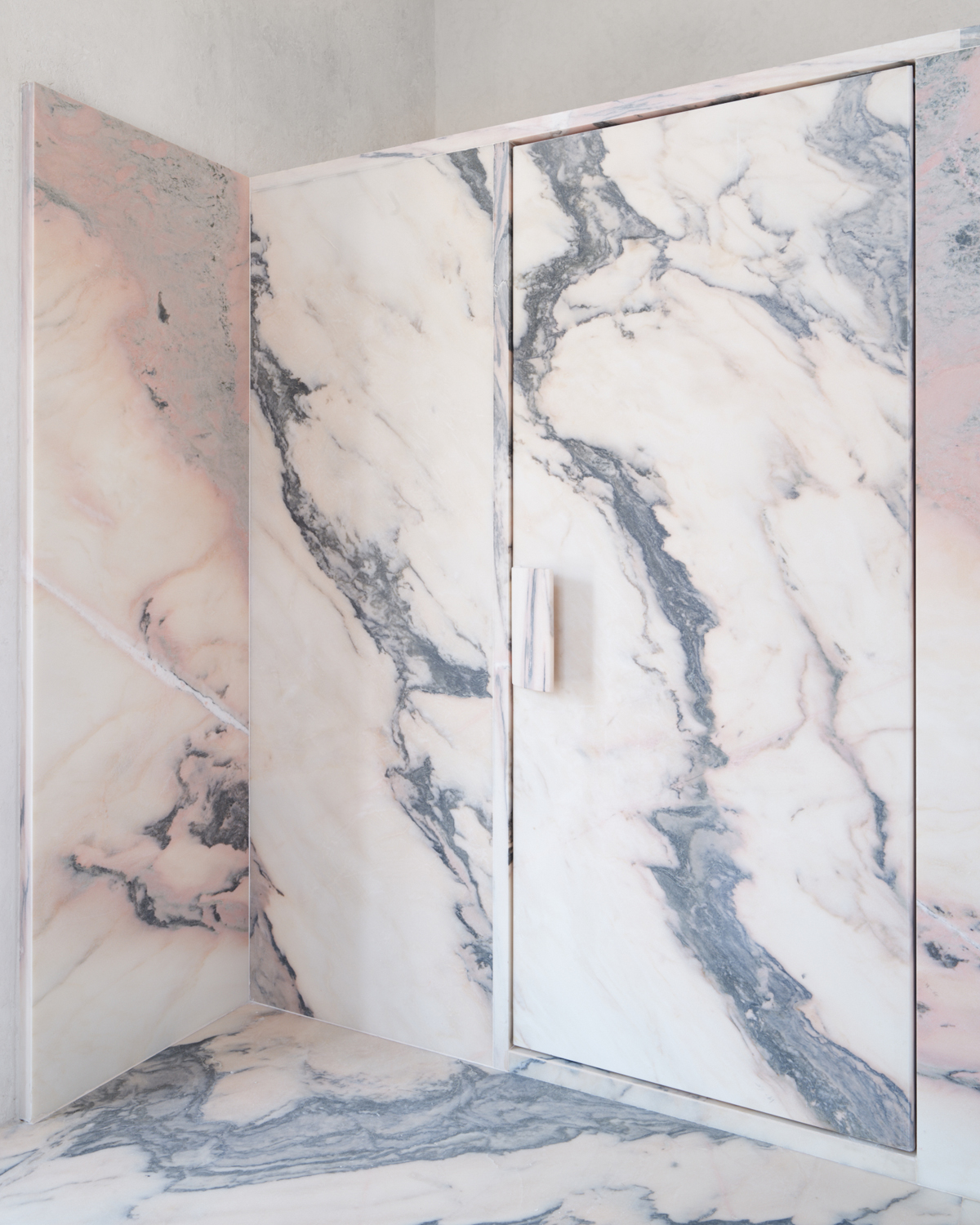 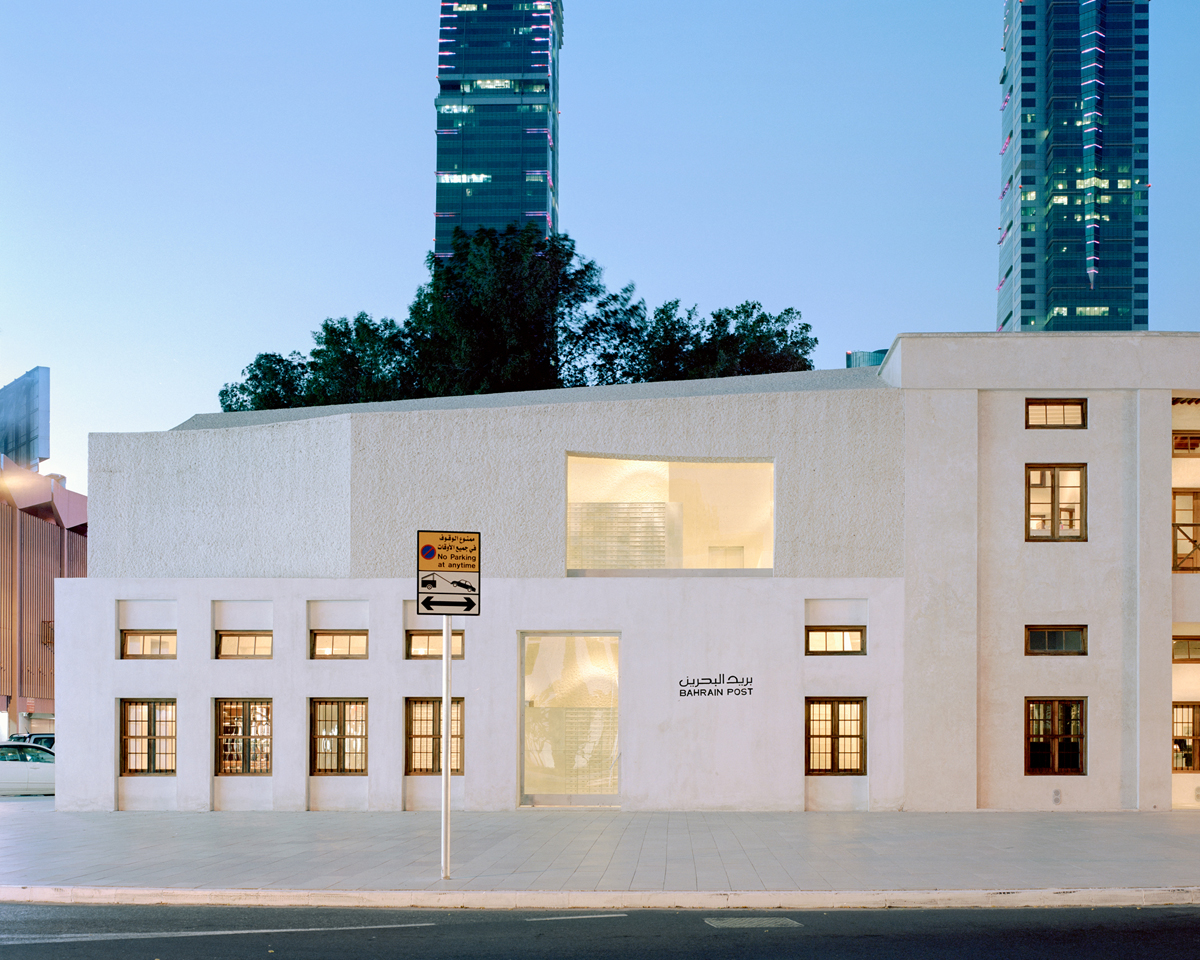 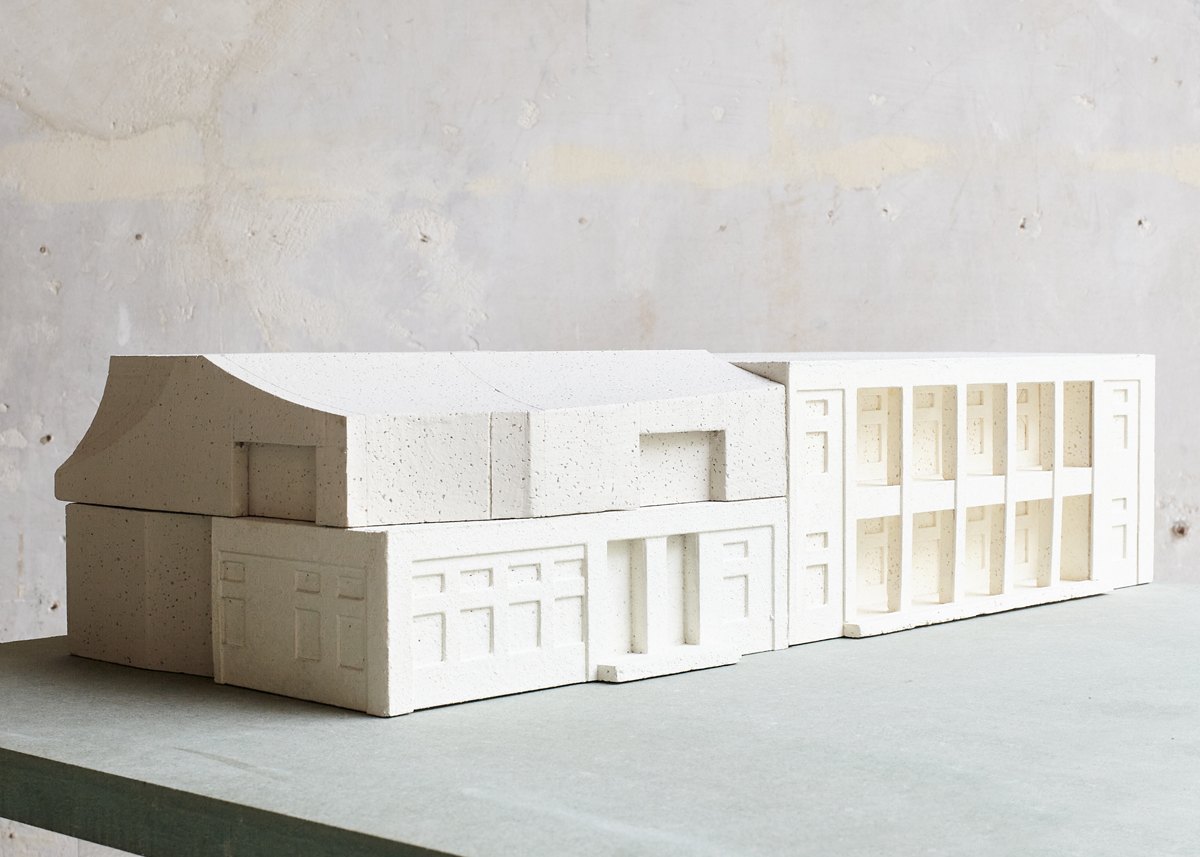 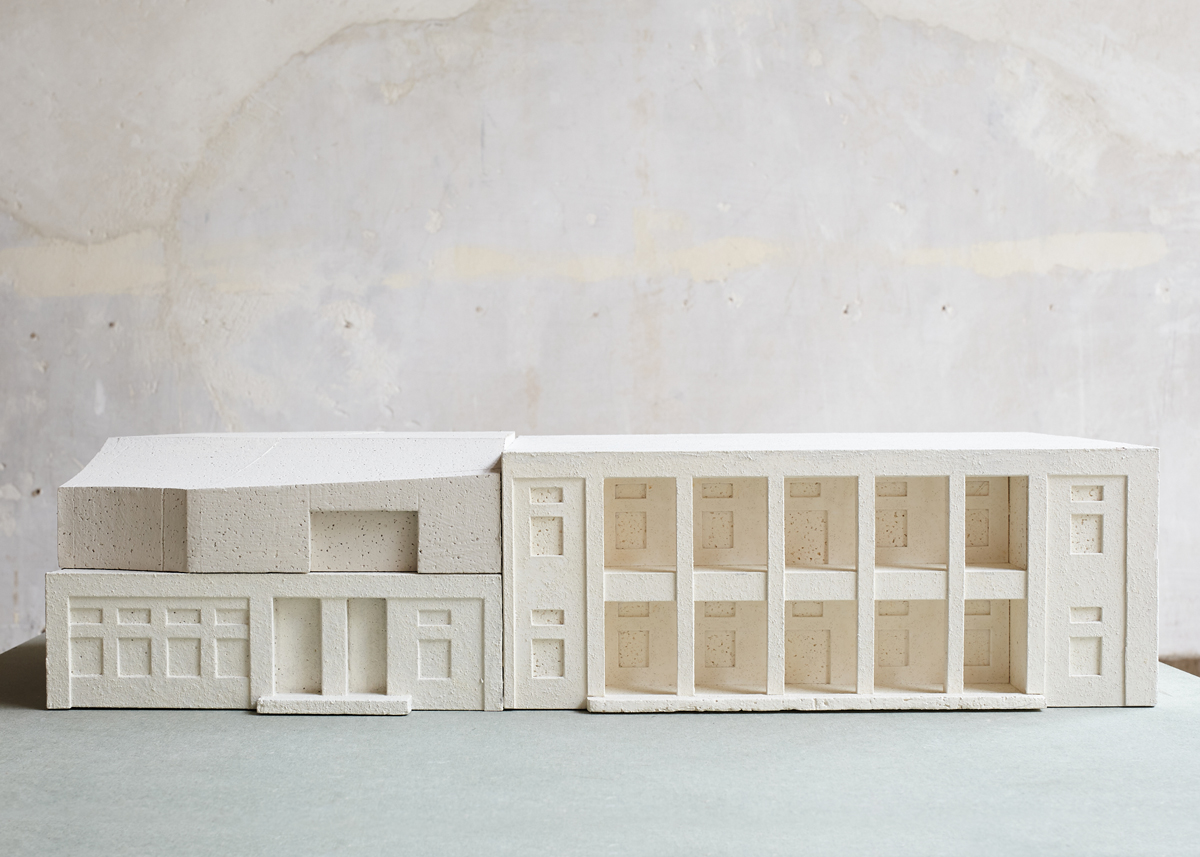 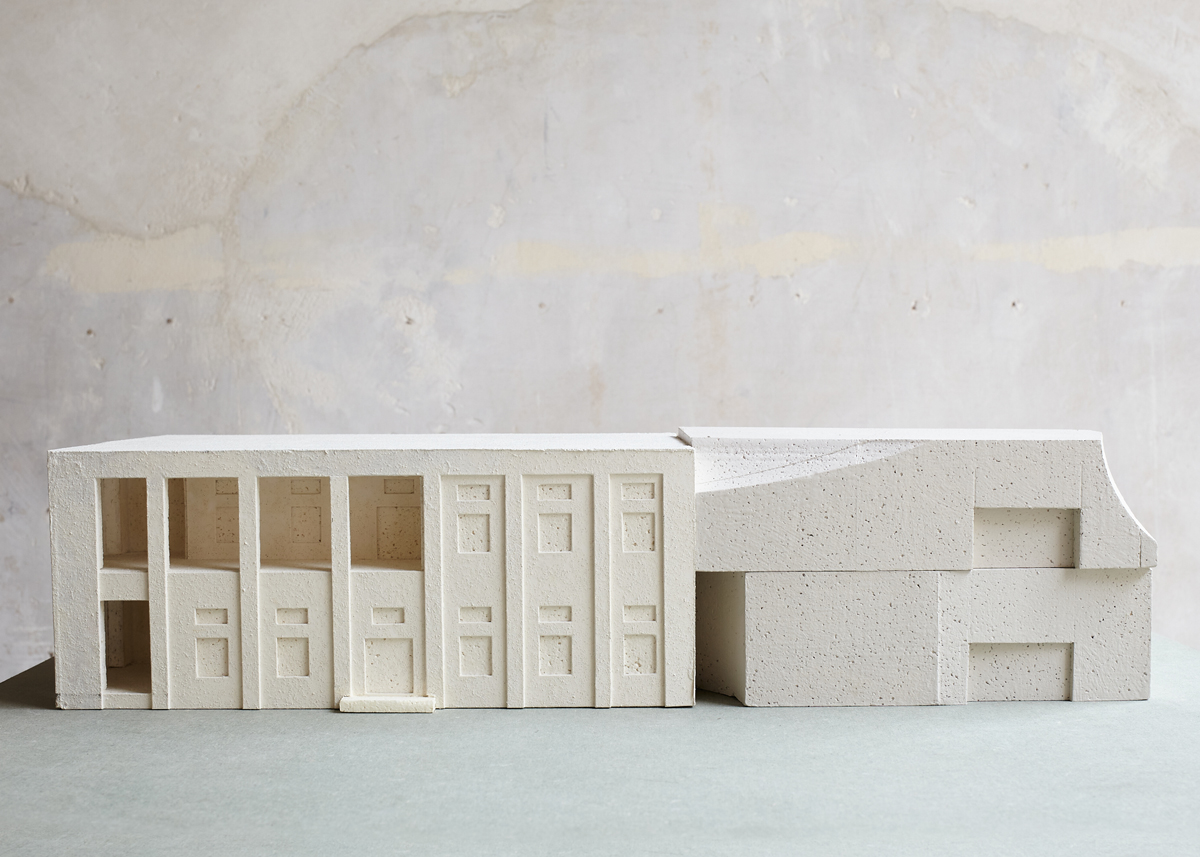 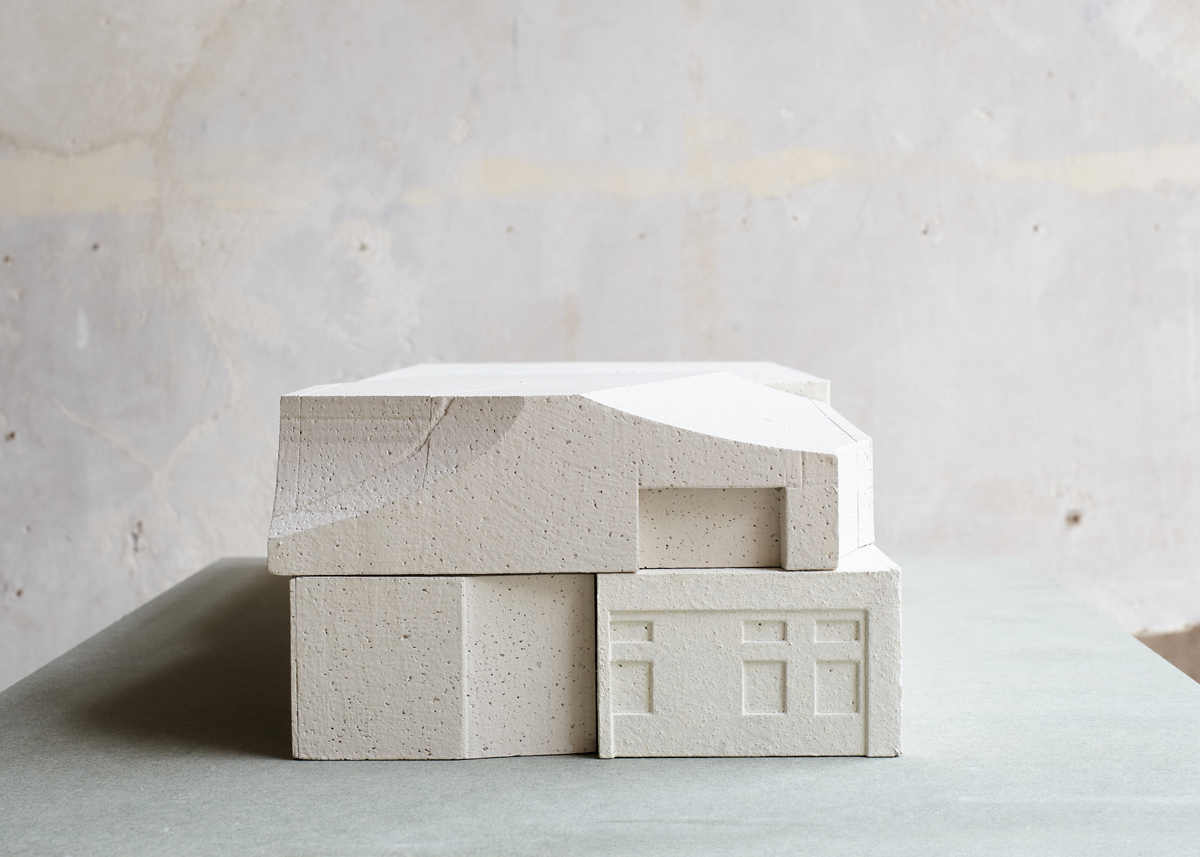 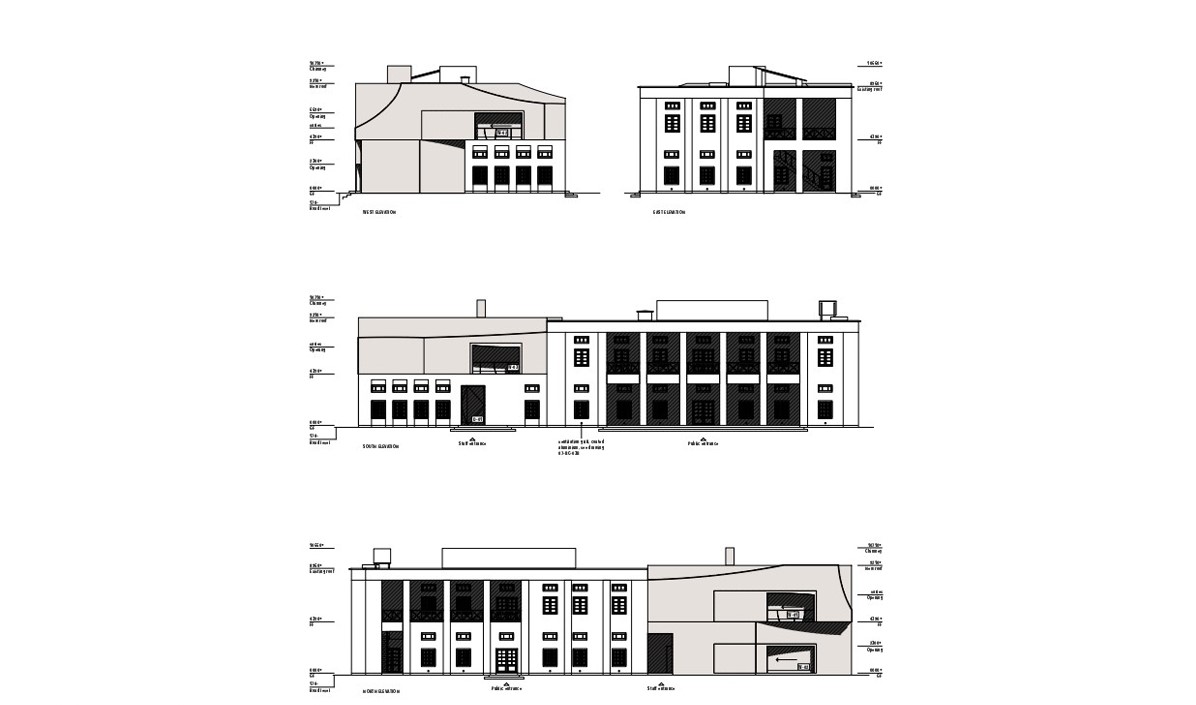 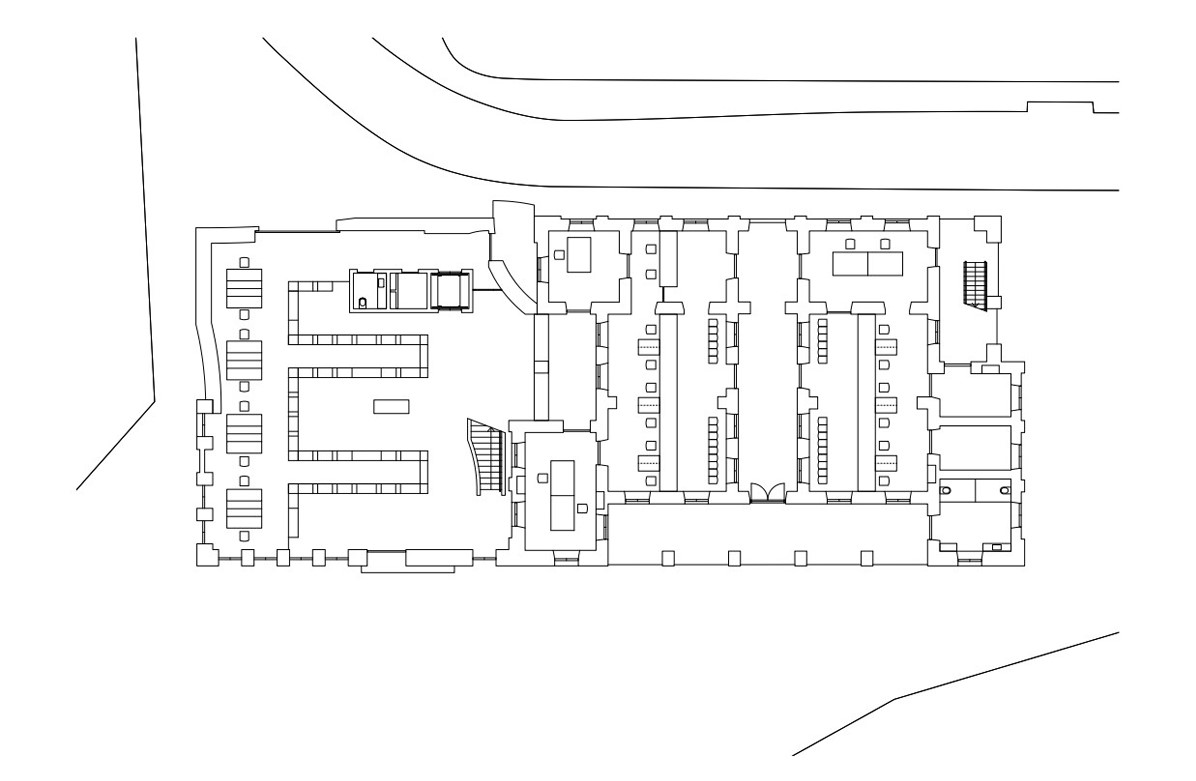