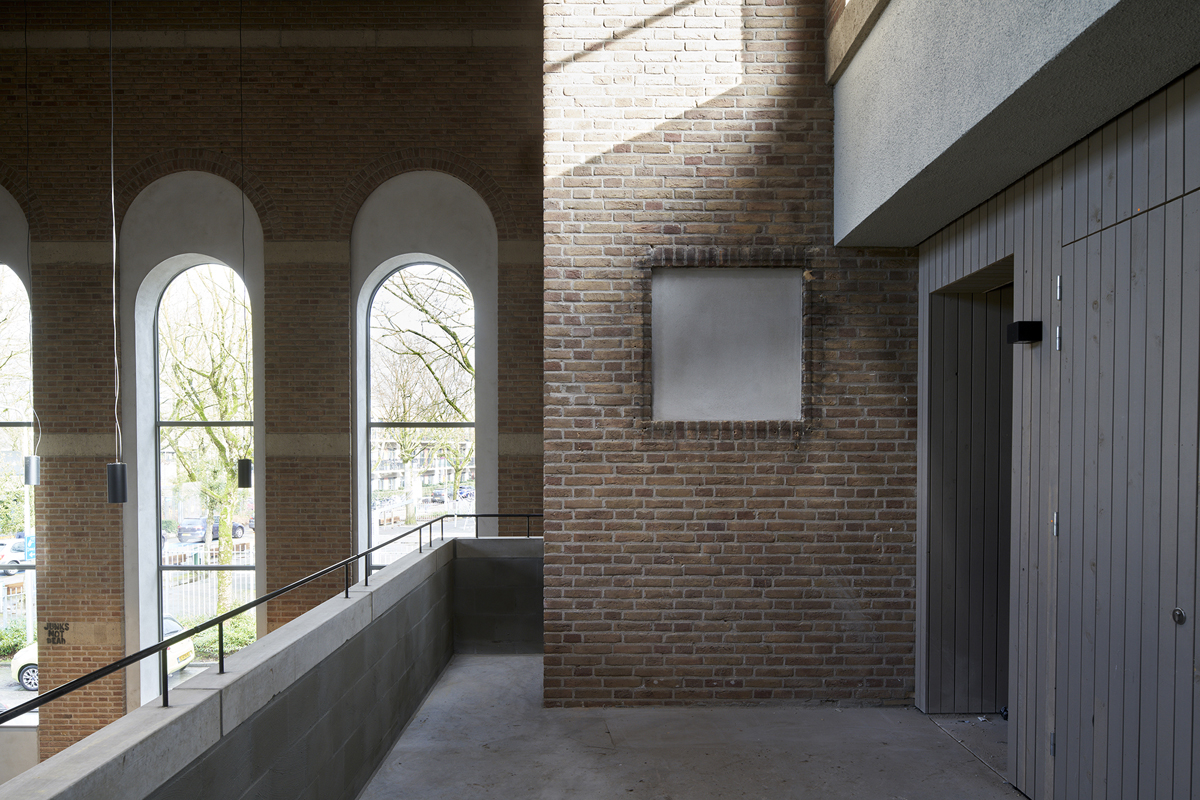 In Tilburg, the former Church of Peace has been converted into a co-living environment for young professionals. The entire residential program is situated in the side aisles, leaving the imposing nave of the church free for a diversity of places to live, work and relax.

The reconstruction church was designed by architect H. Pontzen in 1954. The post-war, traditional architecture of the church is characterized by the orthogonal design language that has been stripped of ornamentation. In this way, both with traditional and new building materials, we go back to early Christian forms. The building contains a neat, sober detailing. This specific detailing ensures that the building looks timeless and appears almost without style. It makes the church extremely suitable for redevelopment, which became up for discussion in 2015 after the church was withdrawn from its worship service.

In addition to the church building, the complex also consists of a sacristy and a baptistery. Both the exterior and the interior are characterized by a robust appearance, composed of materials that can withstand the test of time. The result is a building that appears massive and voluminous, and which is still beautiful after more than half a century. Inside, a nice contrast is created between mass and emptiness. The light that penetrates through the thick walls creates a special atmosphere.

The preservation of this characteristic has been our starting point for the redevelopment. We have managed to keep the characteristic void by placing the new program of small residential units entirely in the two side aisles. The empty nave in turn serves as an extension of the house. Here you can work and here is room for relaxation. This form of co-living increases living comfort and social cohesion within the building.

The new program is located behind the existing column structure and has wide galleries at the entrance. The facades of the houses are made of materials that elaborate on the existing robust character of the church. By redesigning with high-quality, sober materials, a new layer of time is subtly added to the building. An exciting layering is created between old and new.

Little has changed in the quality exterior of the building. In the rhythm of the existing recessed windows, new openings have been sawn to bring daylight into the houses. The frames are placed behind the masonry and the reveals are finished with metal flashing. In this way, too, the design is based on preserving the building’s characteristics by not causing any disruption by adding the new time layer.

By preserving the quality of the church and adding a new, but modest program, the residential building will also stand the test of time in the future. 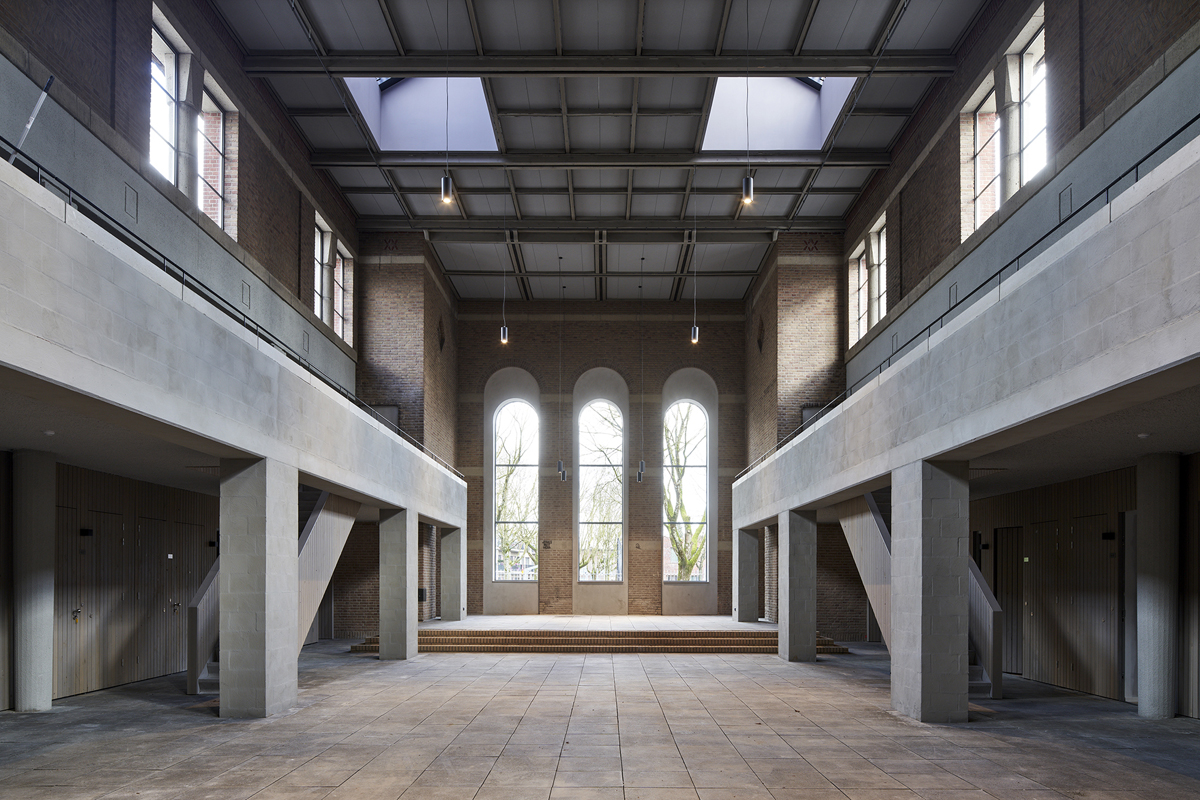 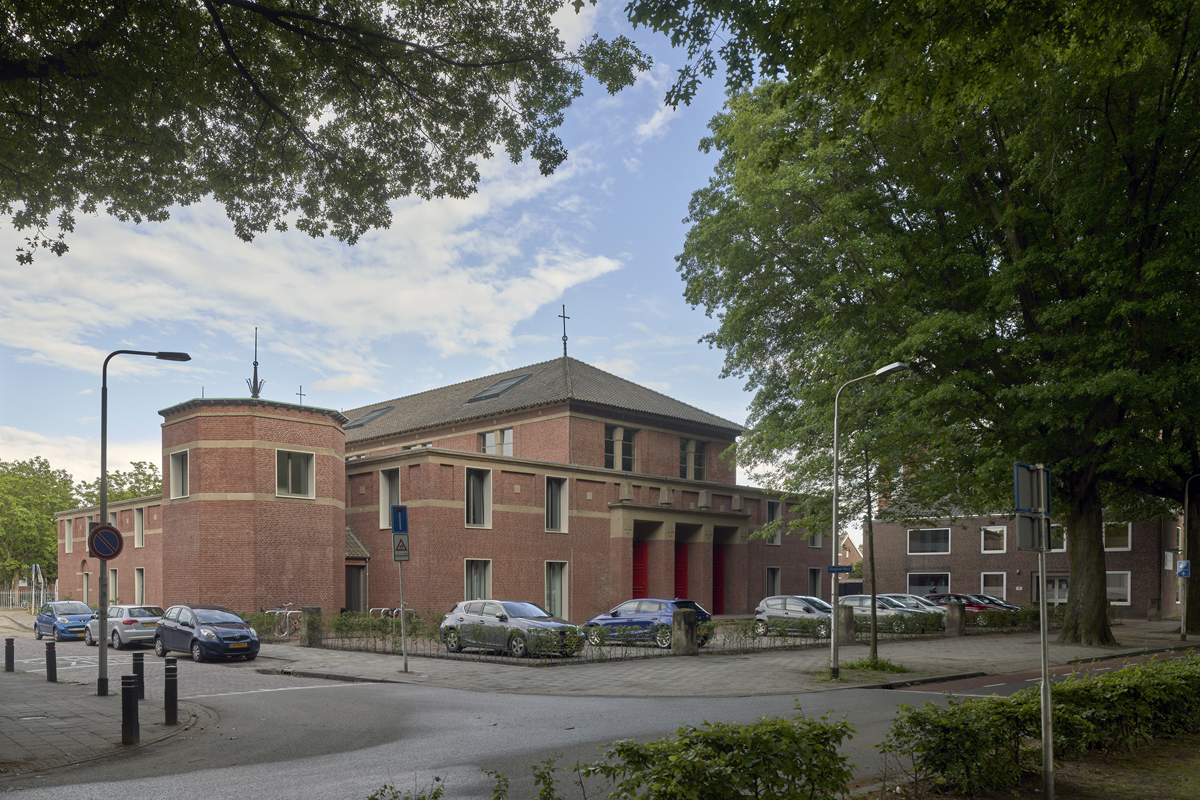 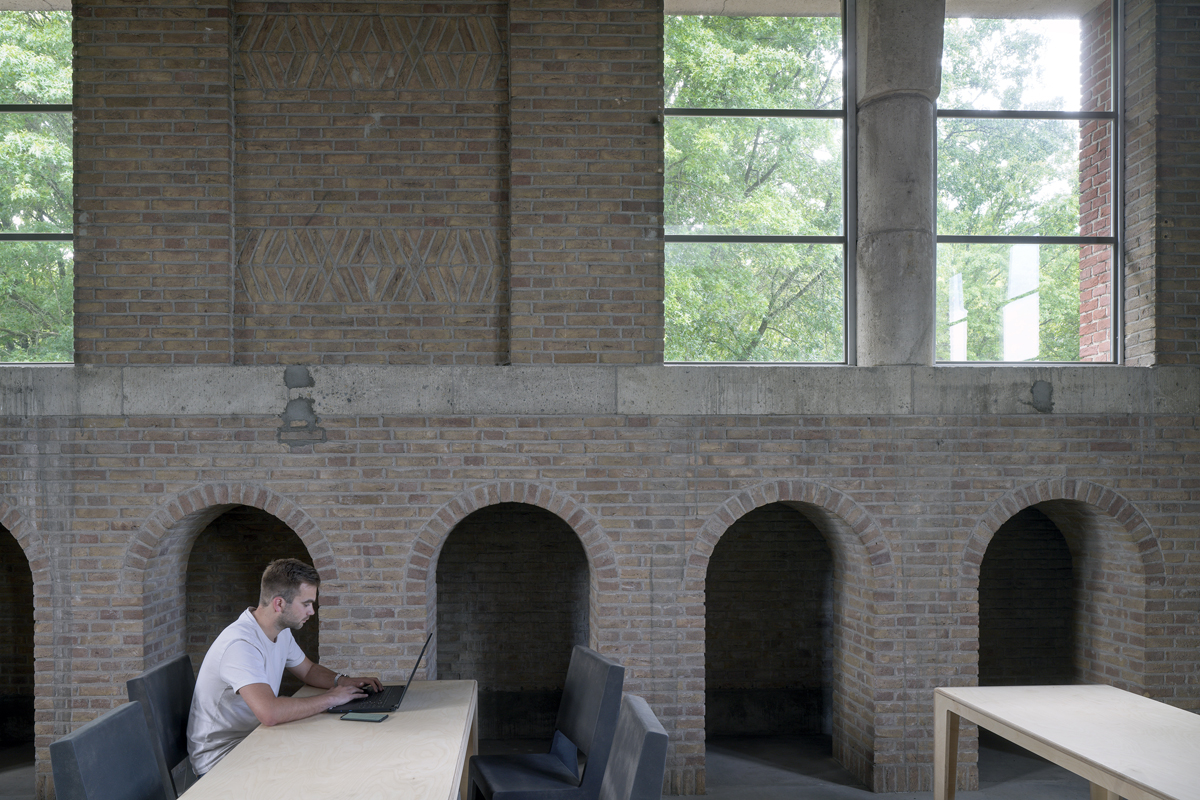 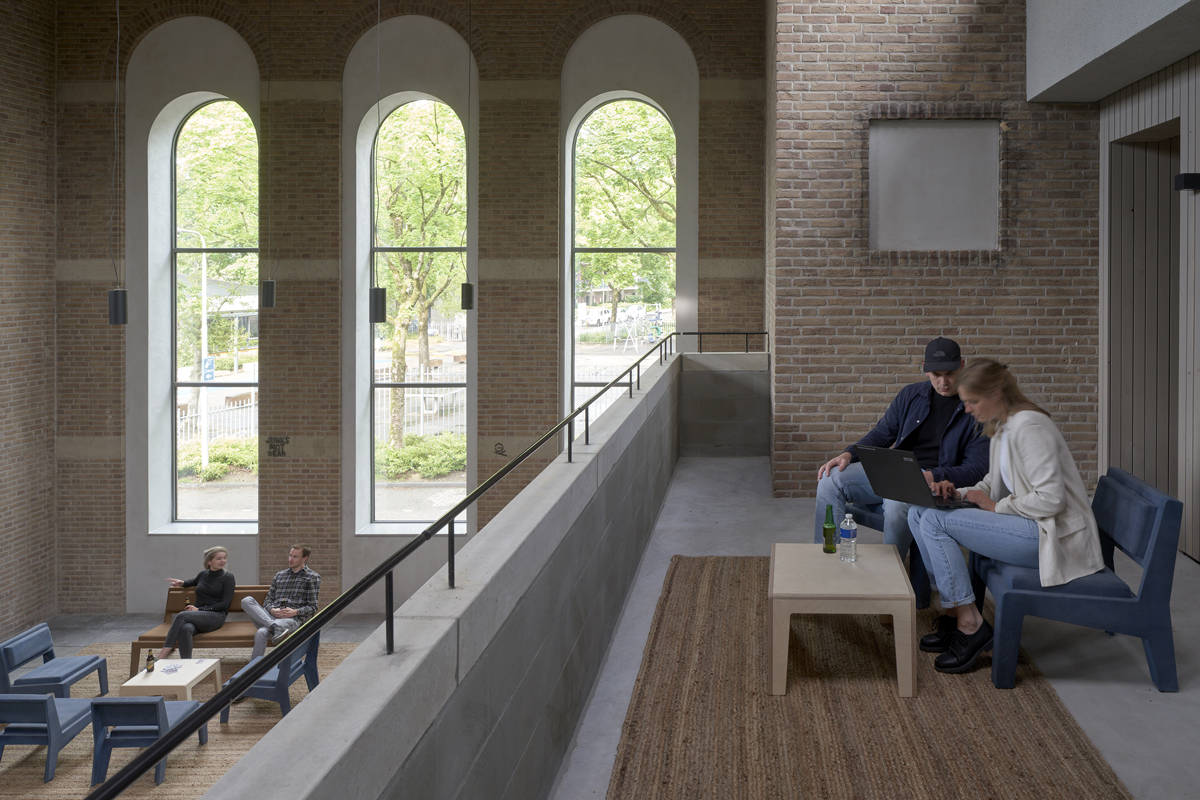 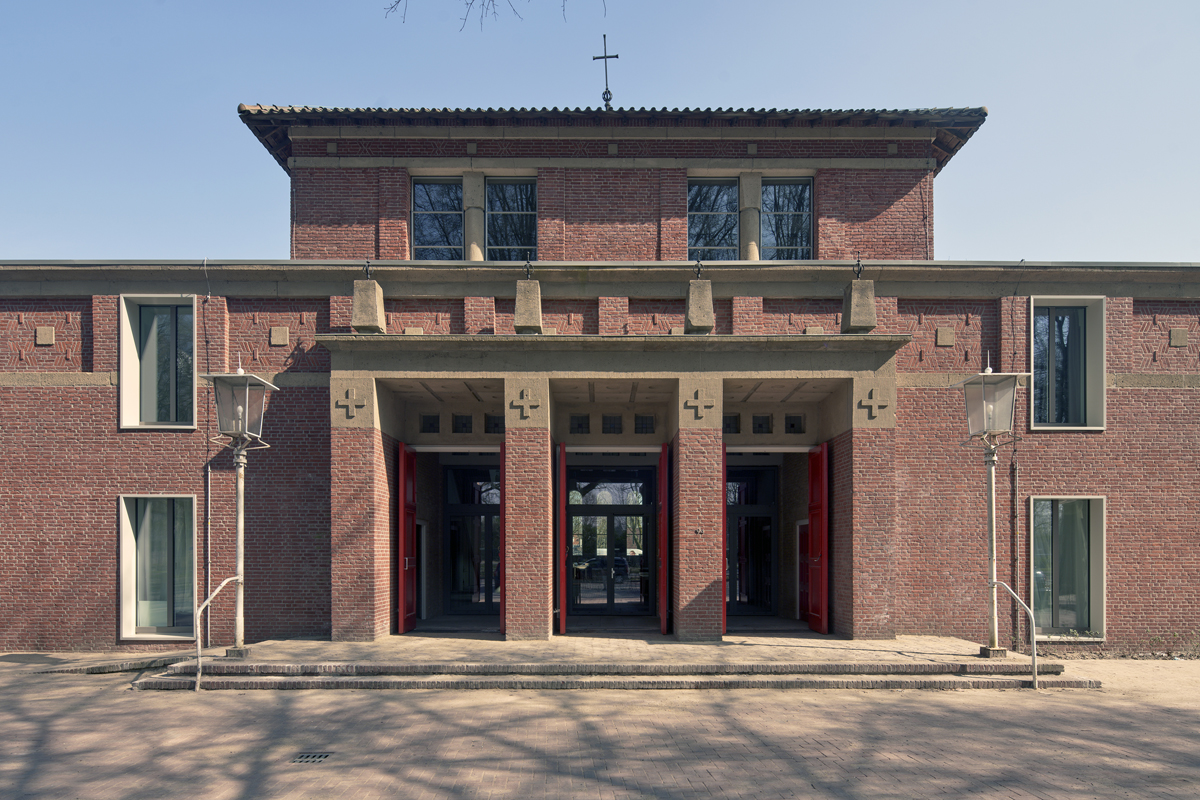 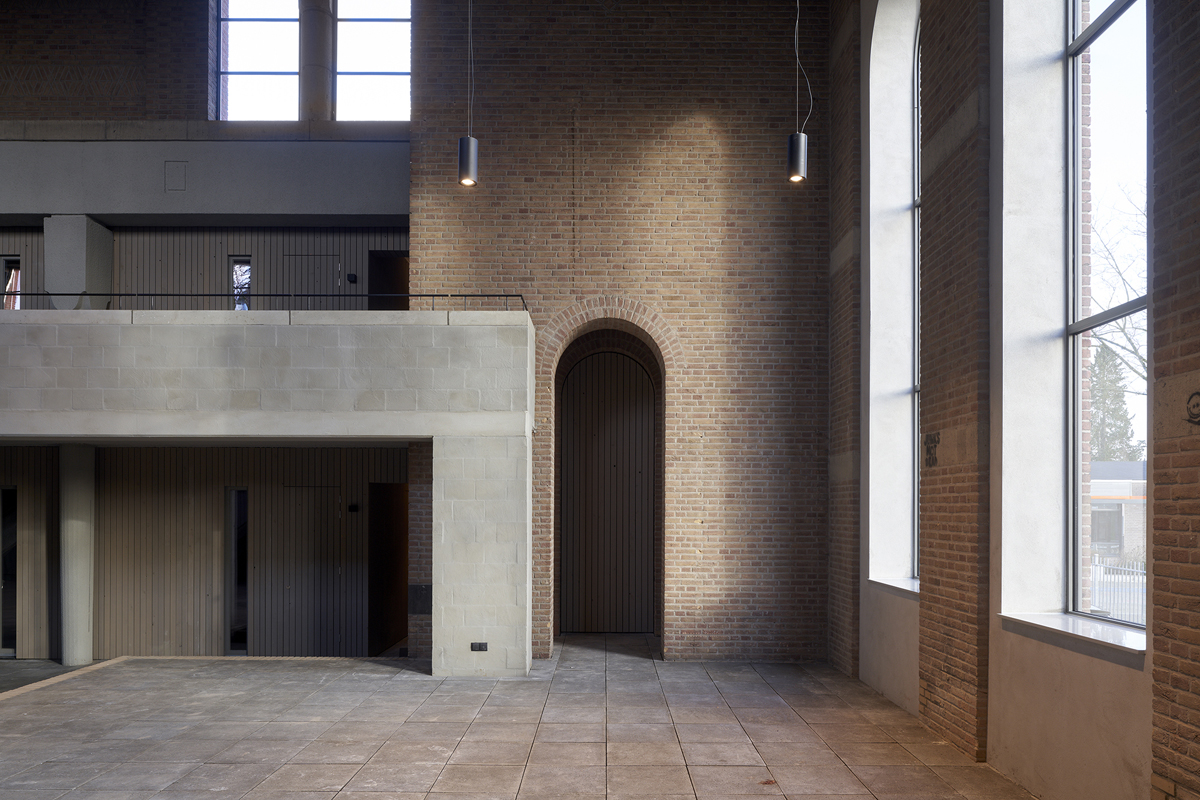 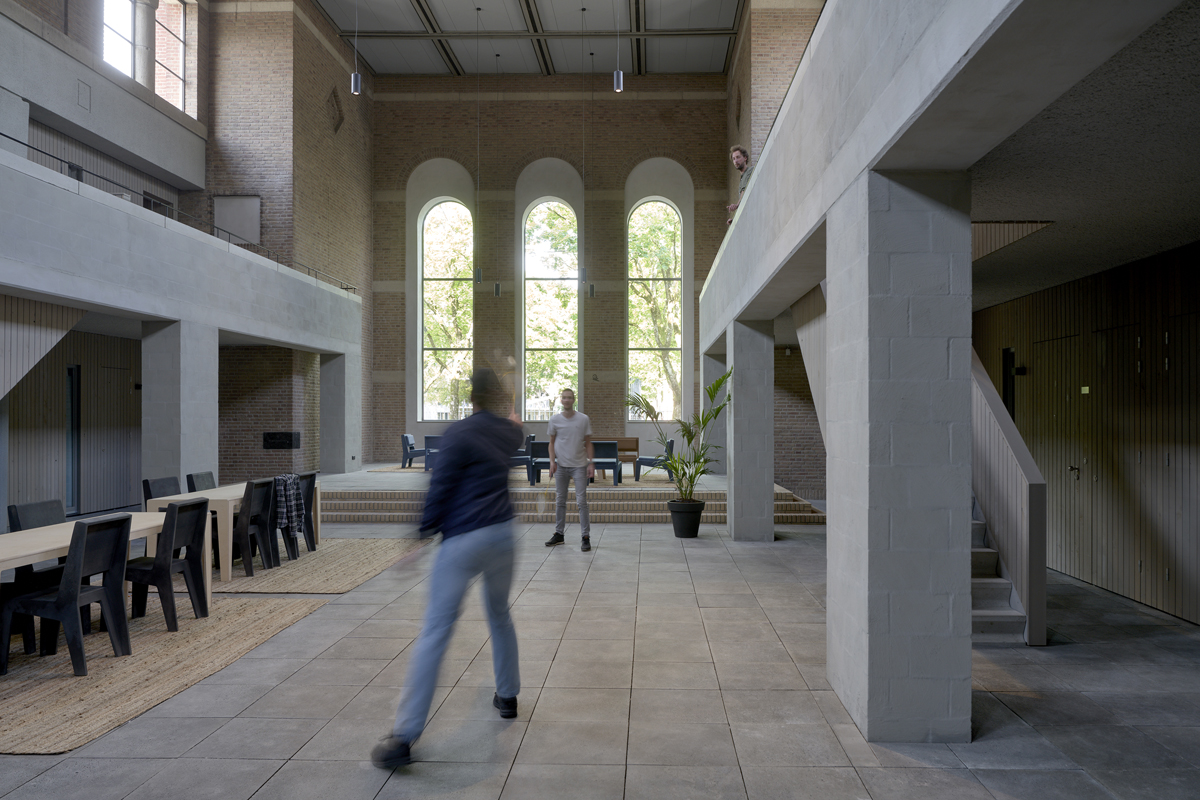 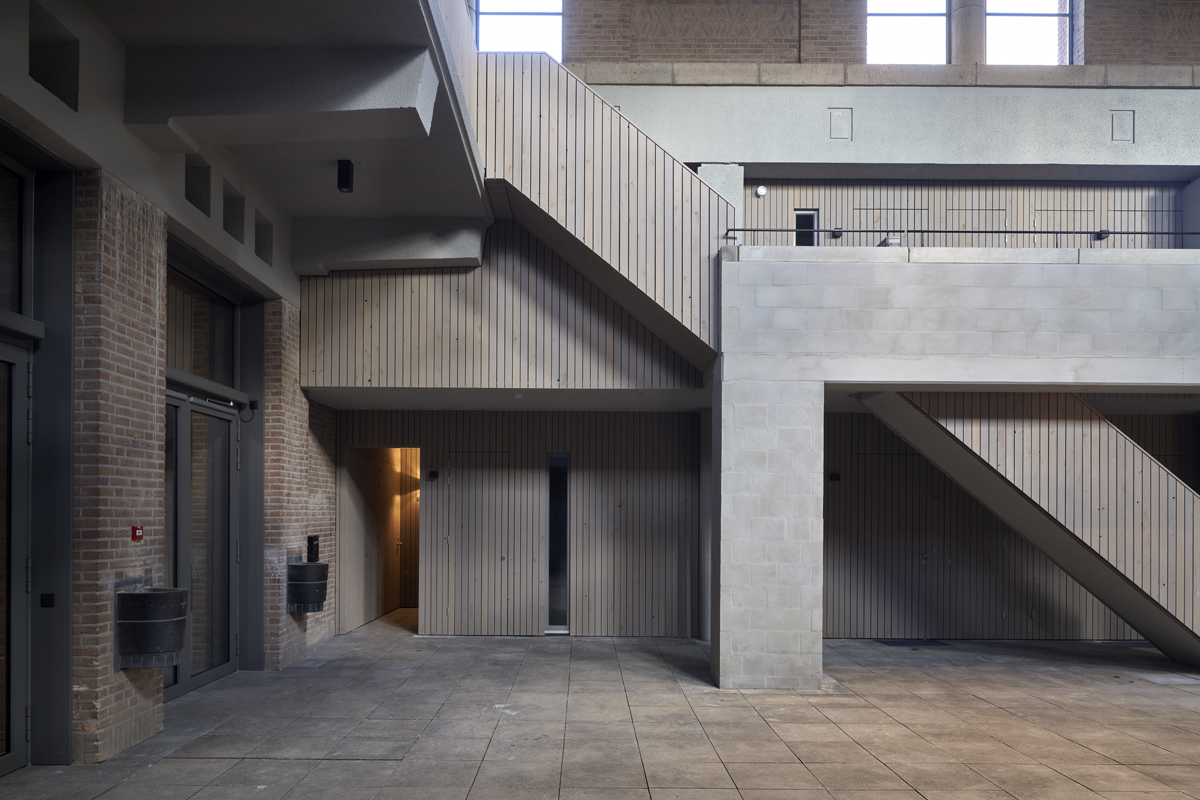 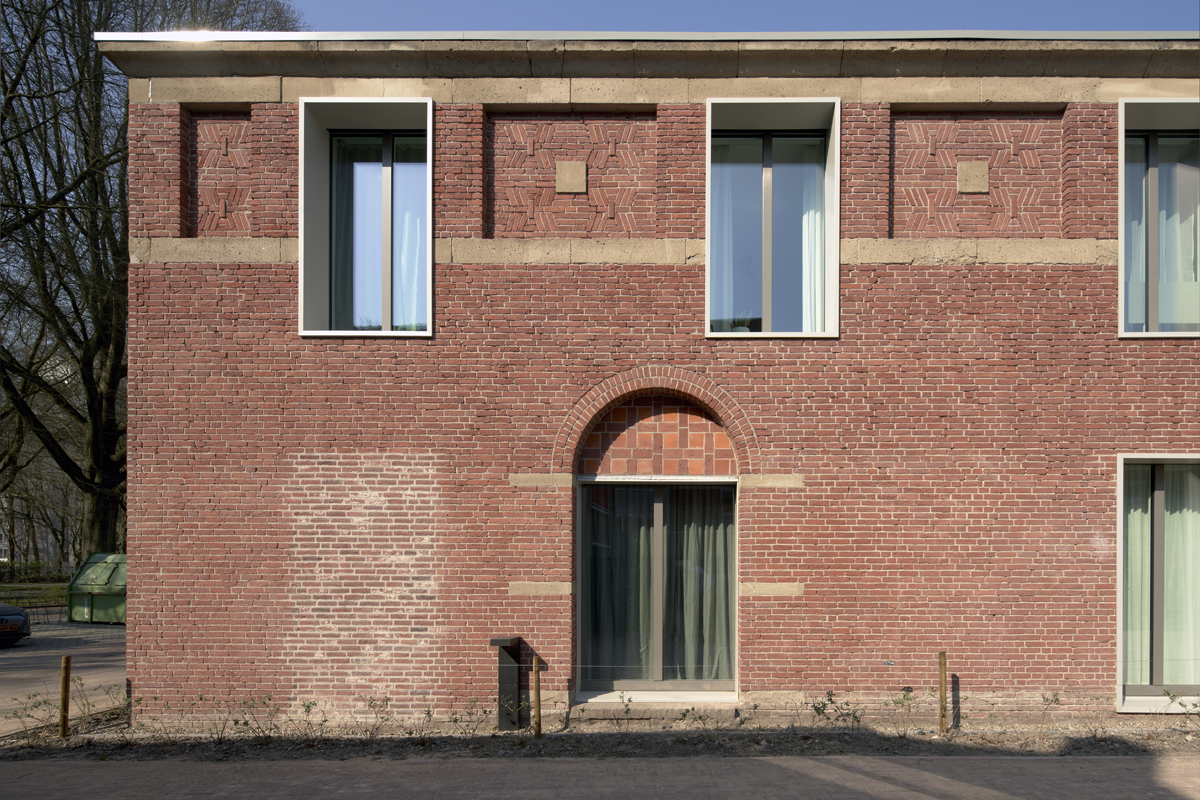 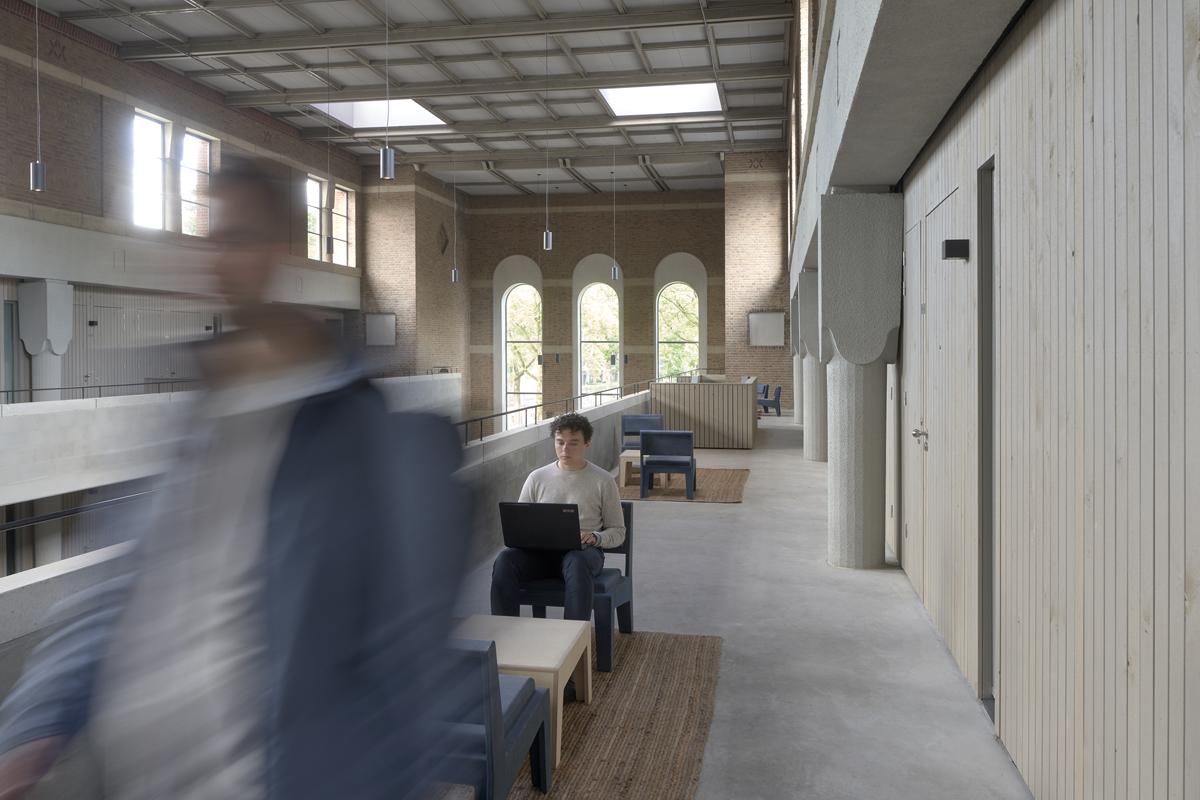 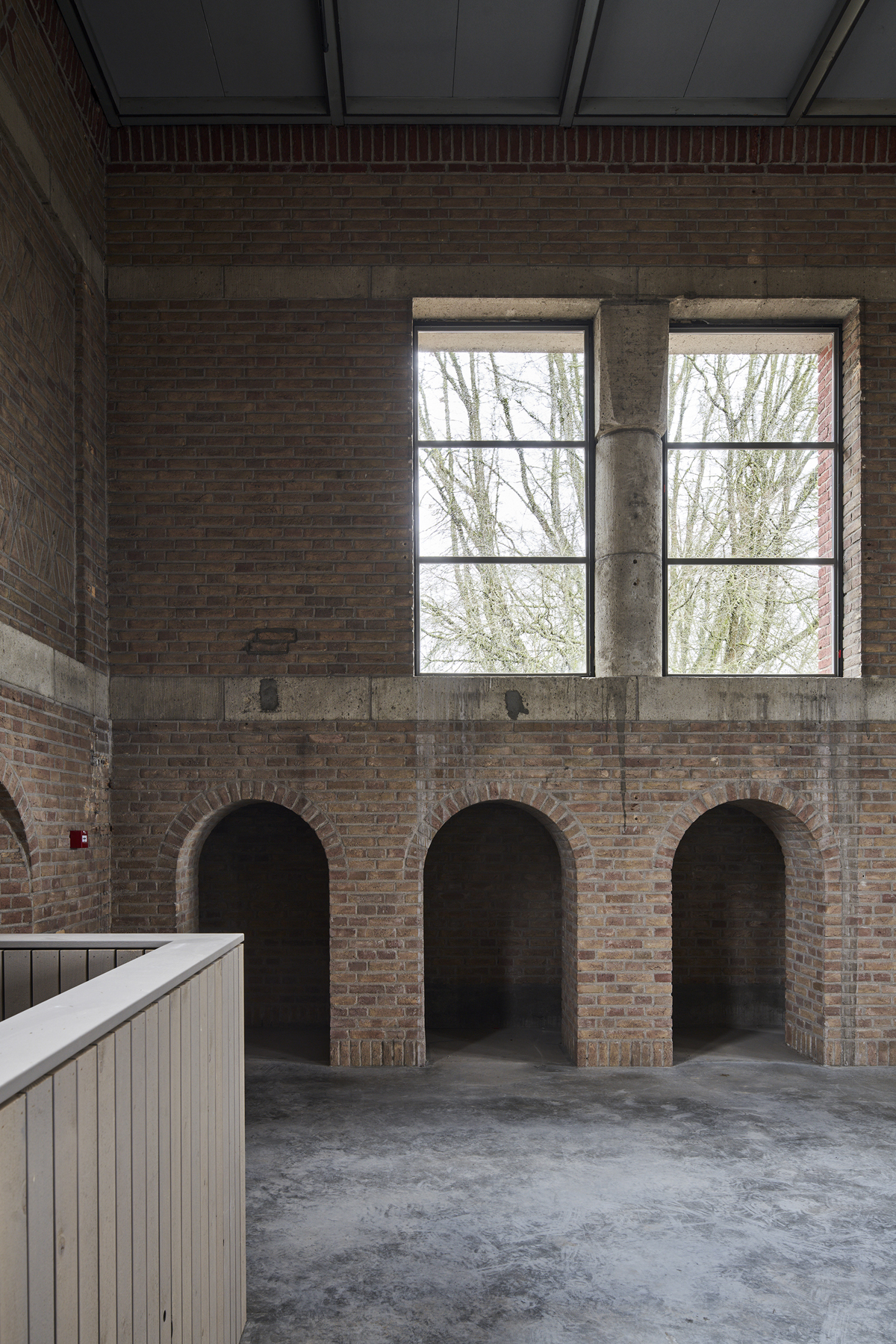 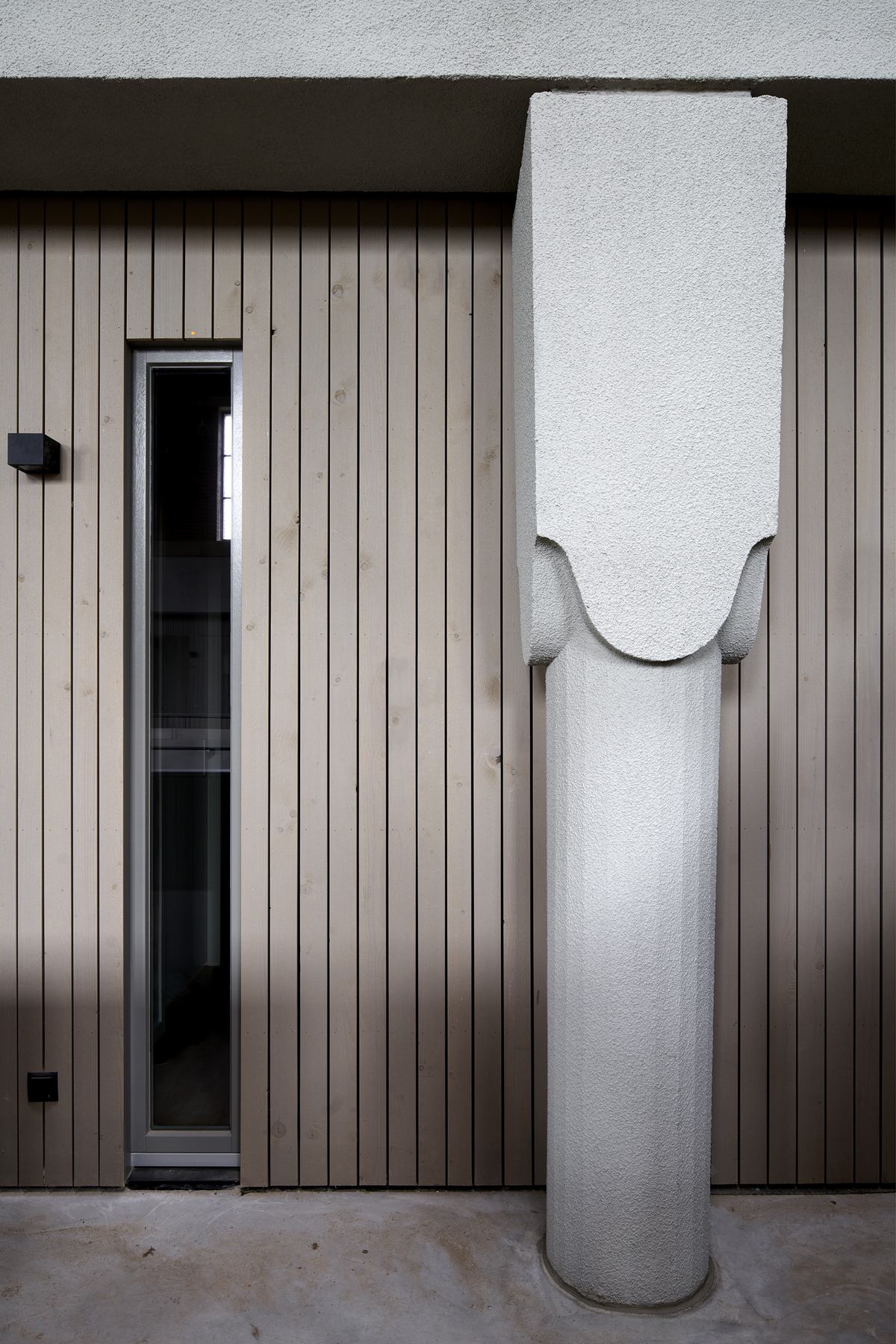 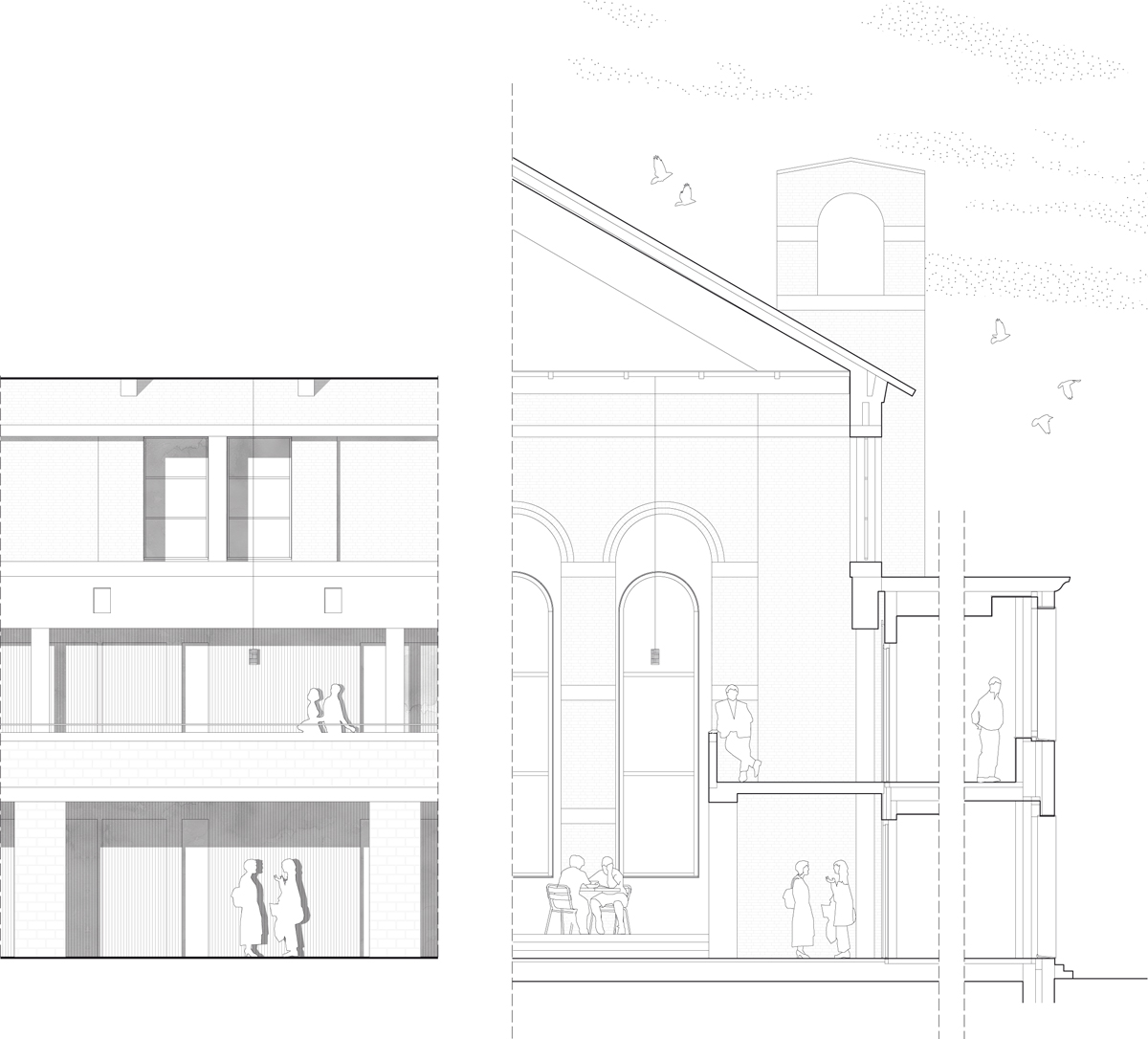 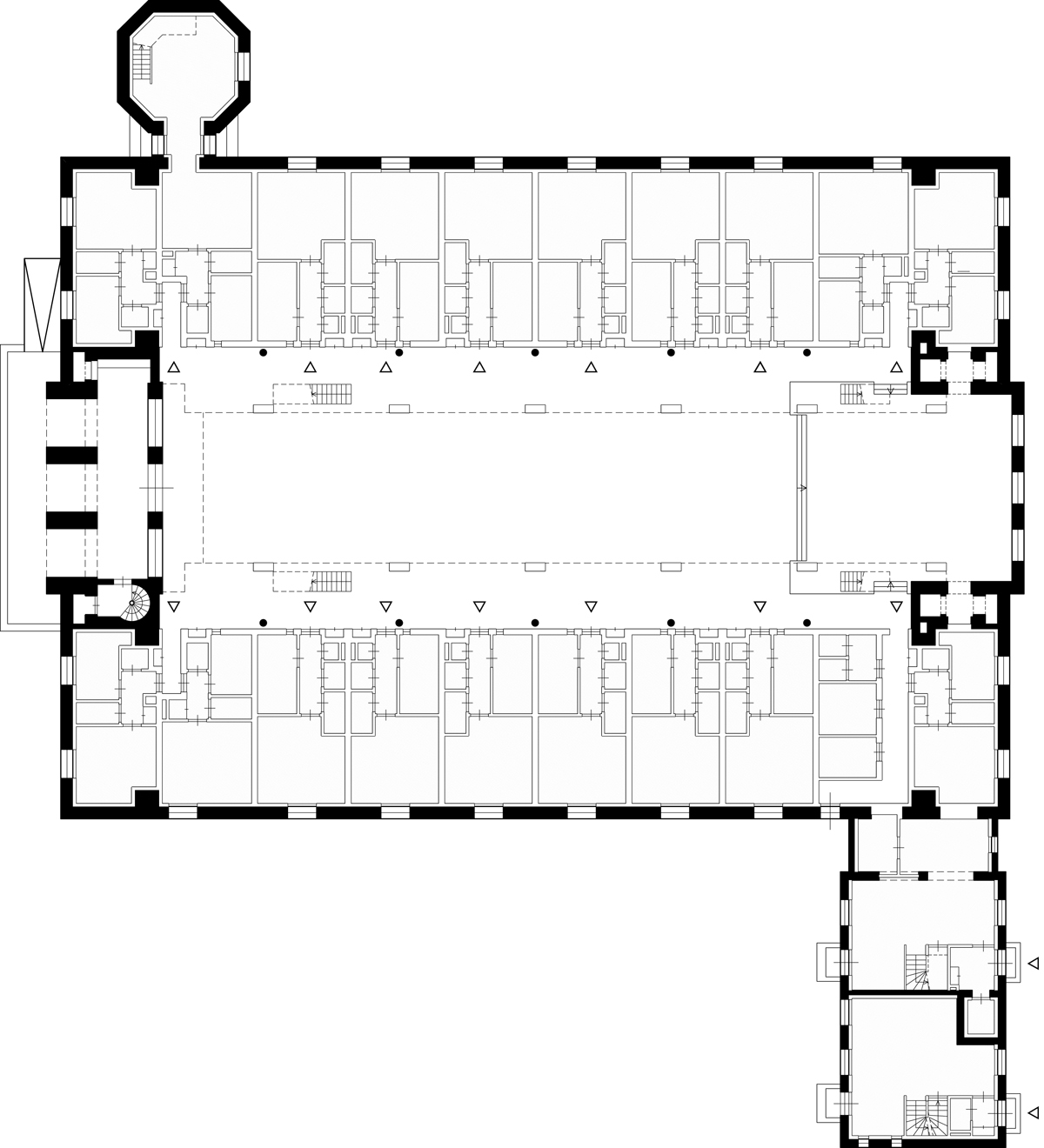 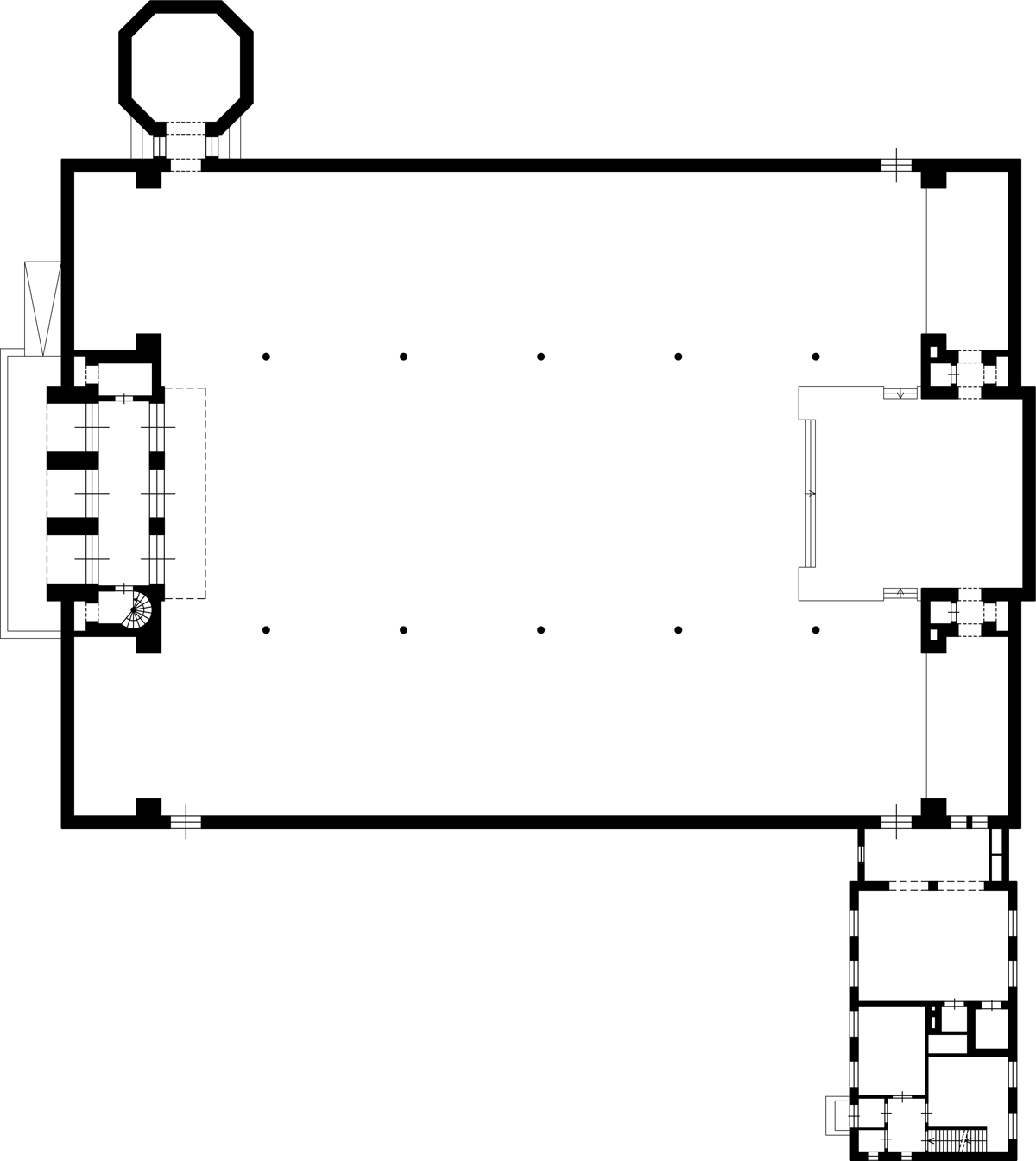 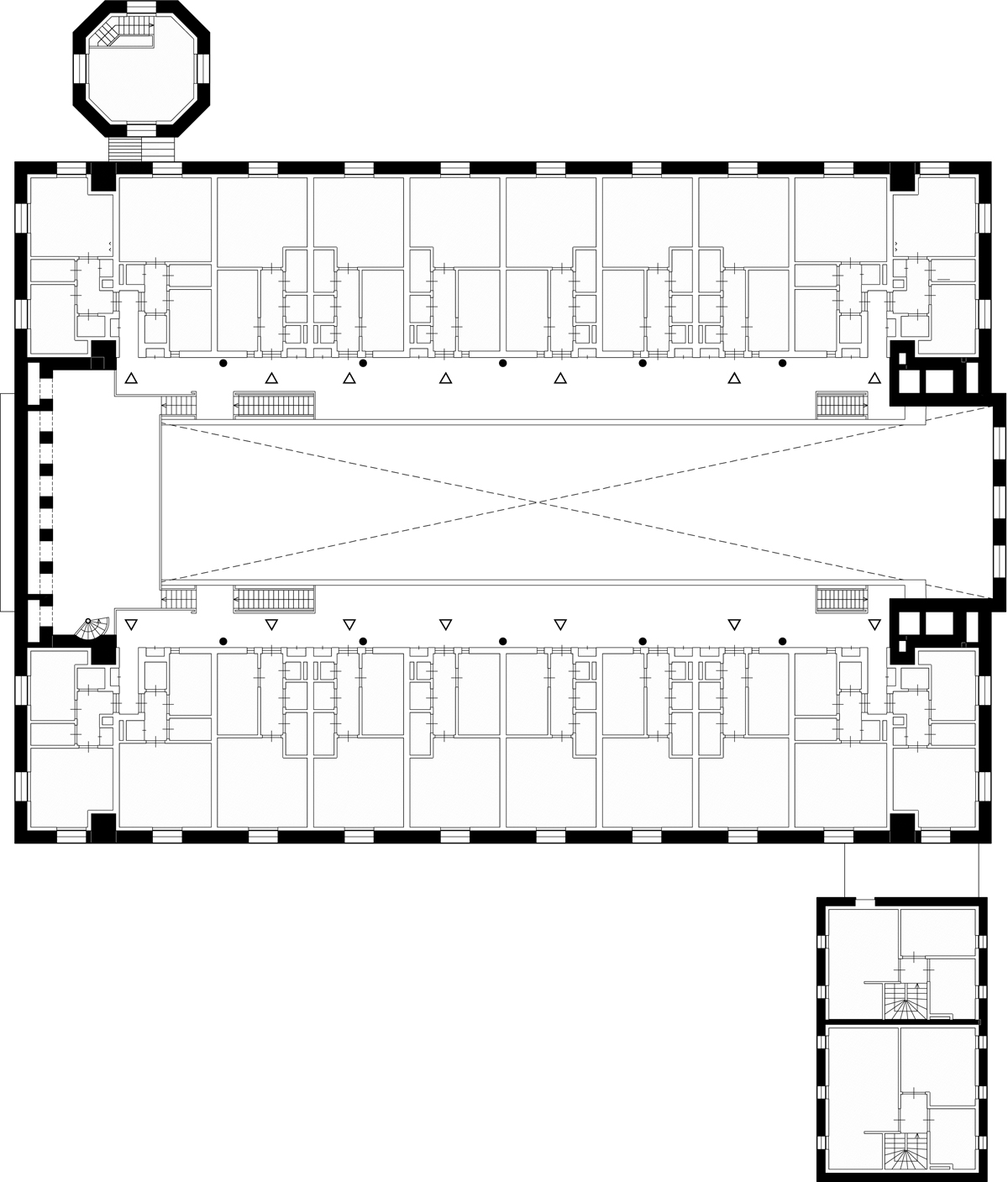 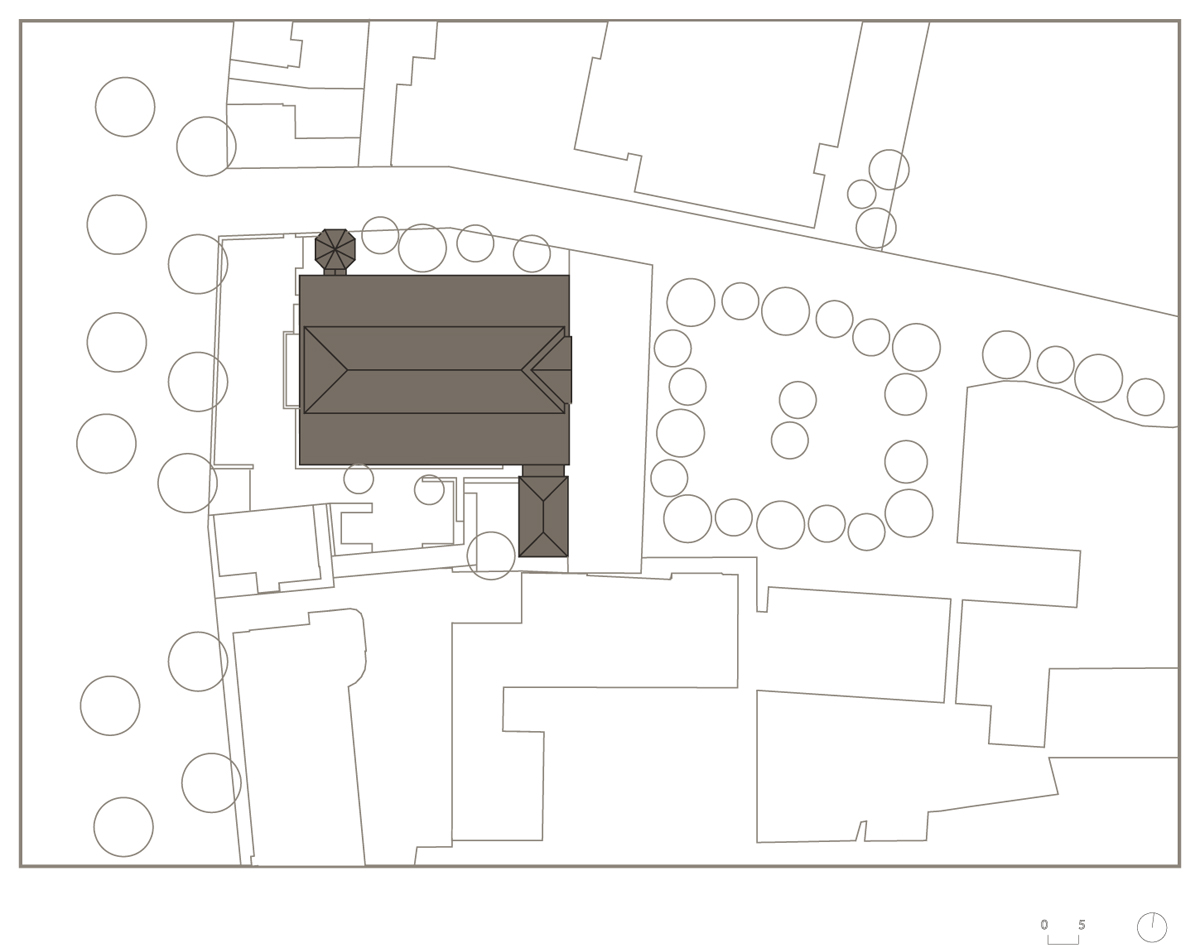