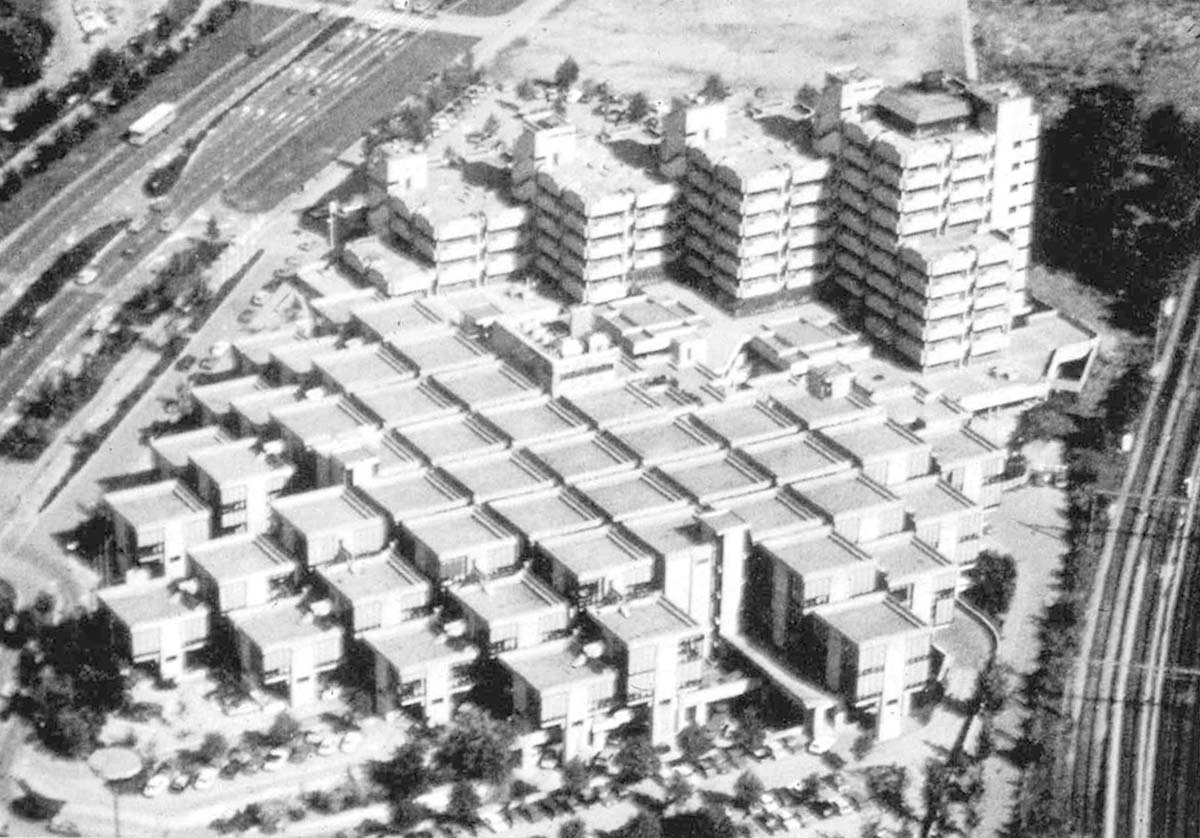 The idea was to make an office building, which would be a working place where everybody would feel at home: a house for 1000 people.
The building has been designed as a structure, comprising a basic structural zone, that manifests itself all through the building, and an interpretable and variable zone, complementary to the basic structure. The basic structure comprises the main tecghnical shaft and it coincides whit the main circulation pattern as expected within the building.
Interpretable zones are conditioned to answer to any program one can think ok, with the whole diversity of its special demands, that every time initiates a different result.
Office working space are large rooms, continuous yet articulated in such a way that a grup or individual can appropiate a cpomprehensive place for himself.
The system of numerous heavy columns defines small space units in such a way as to promote the articulation and, in spite of what one might expect, this will enlarge rather than diminish the options of ajustments by the inhabitants.
The «Central Beheer» building went into use in 1972. Since then there have been a few minor adaptations as well as several alterations and extentions of a more radical nature. The structure’s inherent changeability enable most of them to be incorporated without difficulty.
This building was conceived as a spatial organization expressing the need for humanization, even if many have their doubts and thought the recruitment of personnel was the chif motive. Now, however, cuts in expenditure, especially on people, lead instead towards a process of humanization, but at least one can say that the building is putting up admirable resistence. If it can maintain its identity it is a success. 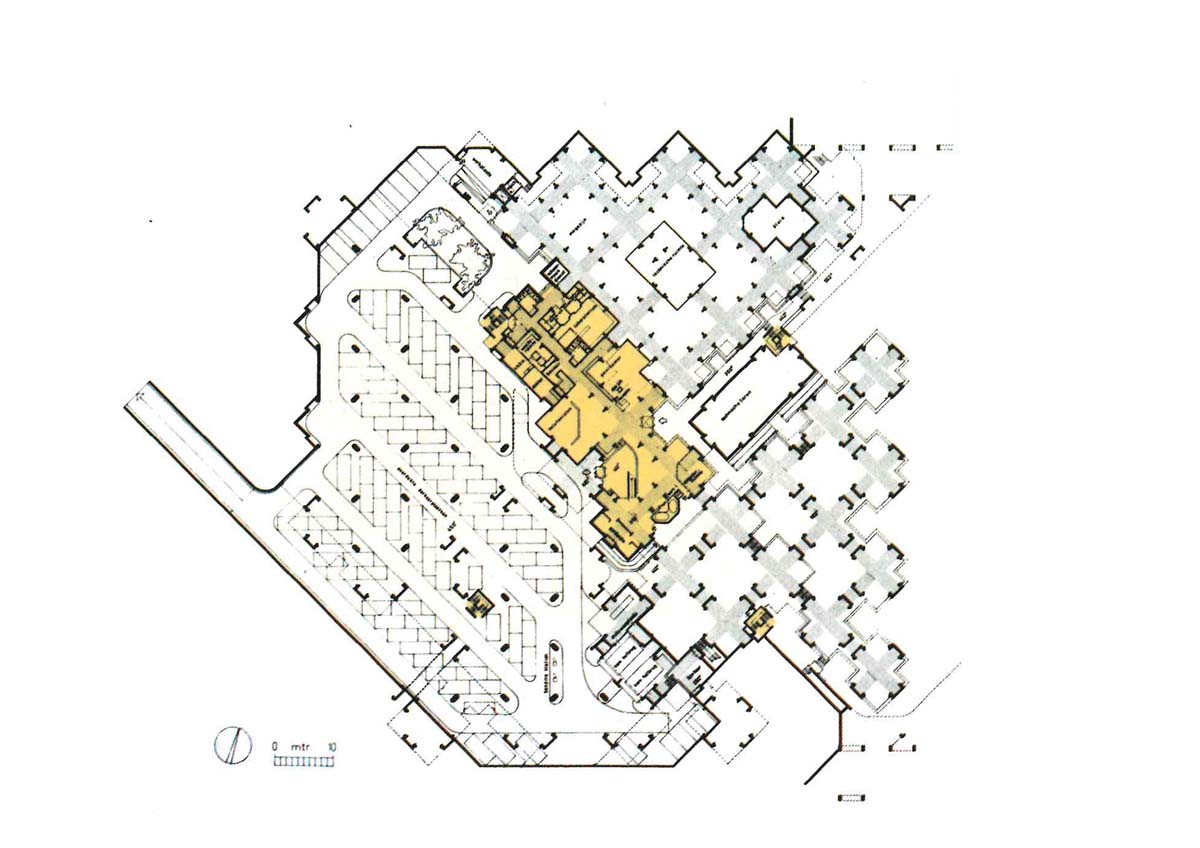 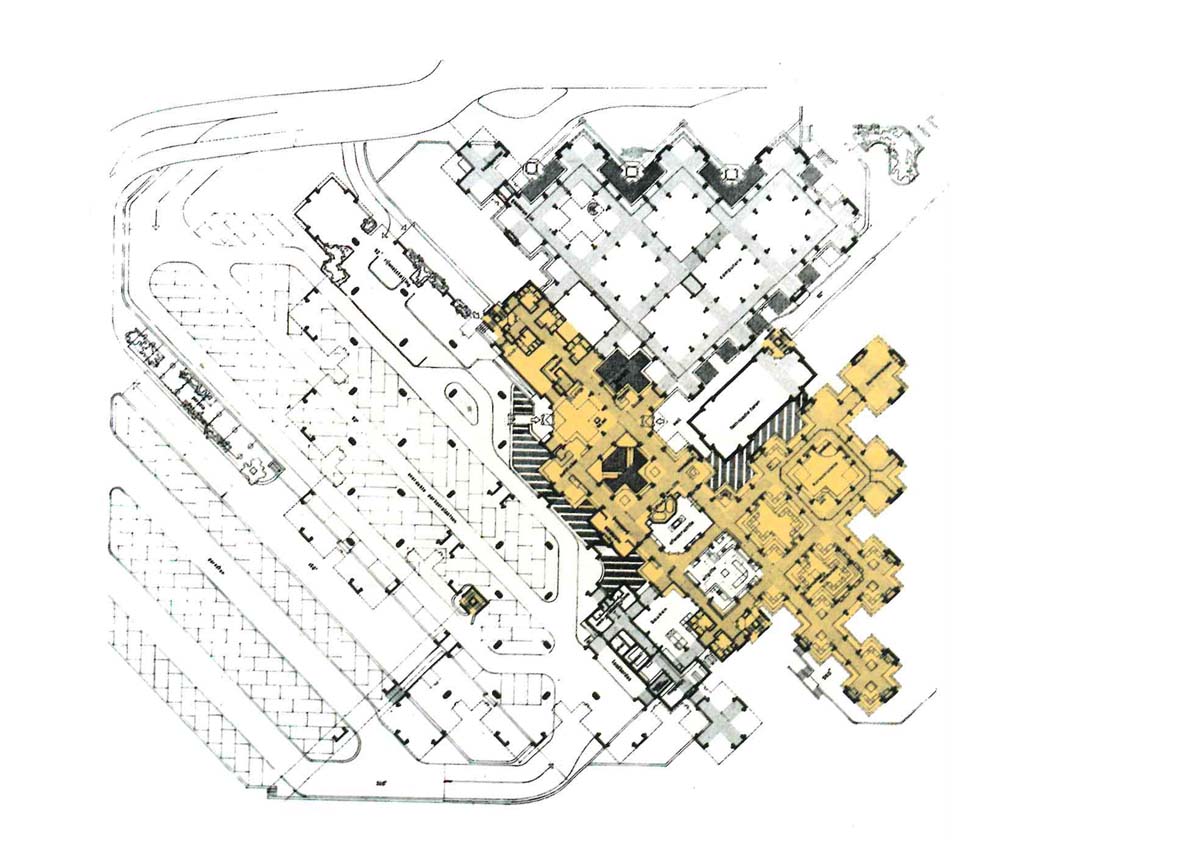 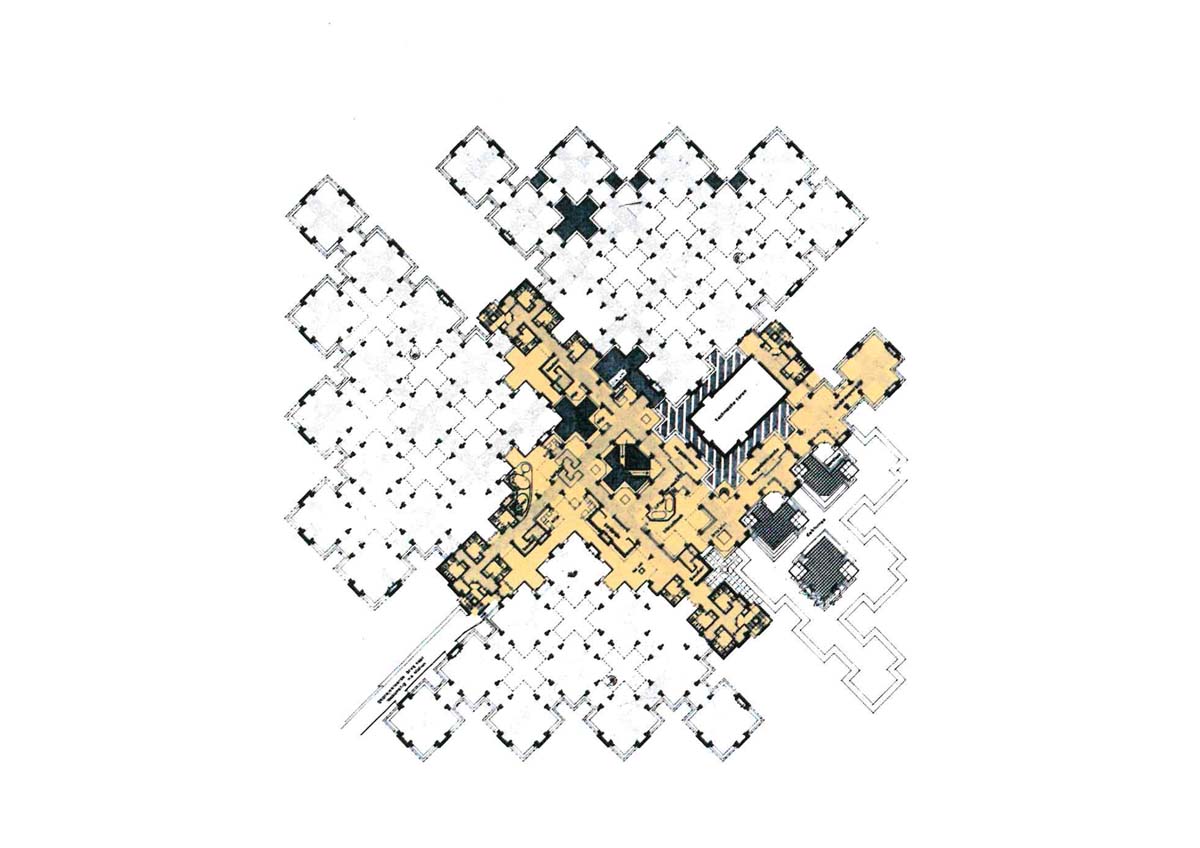 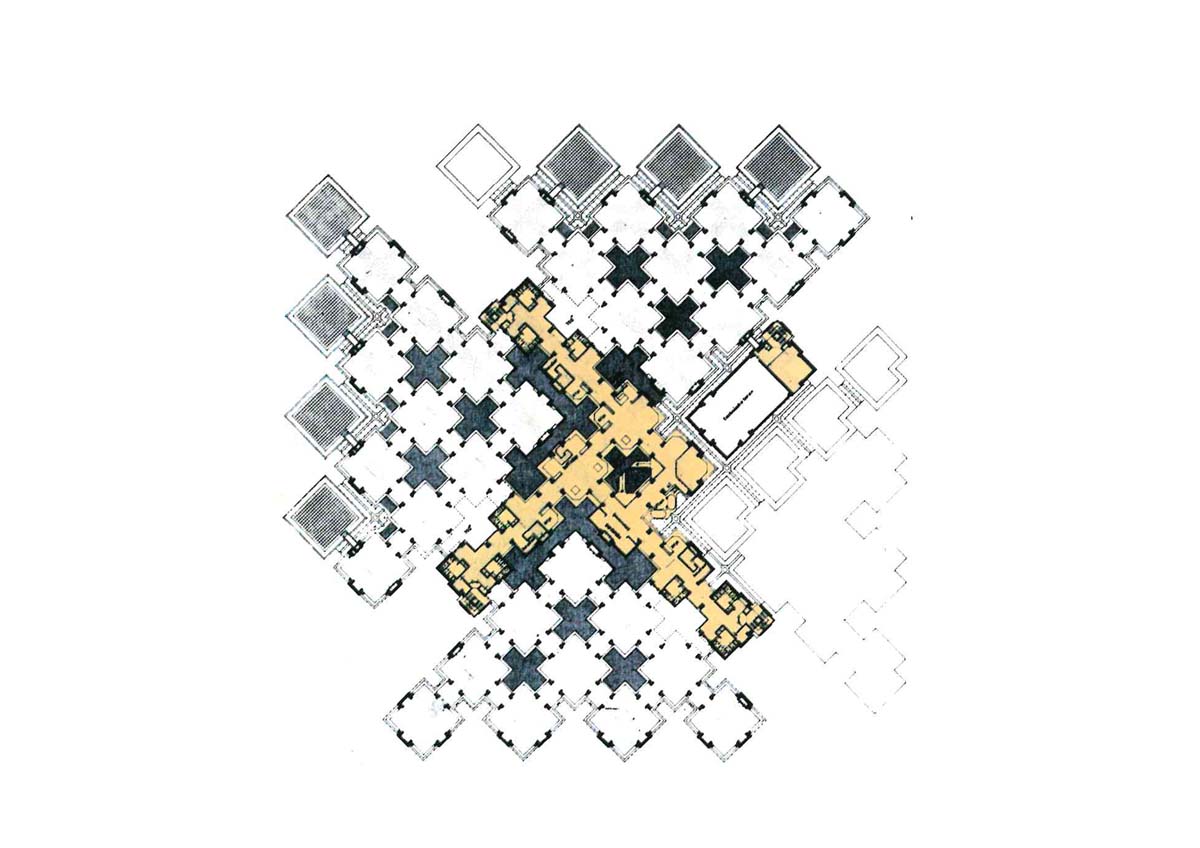 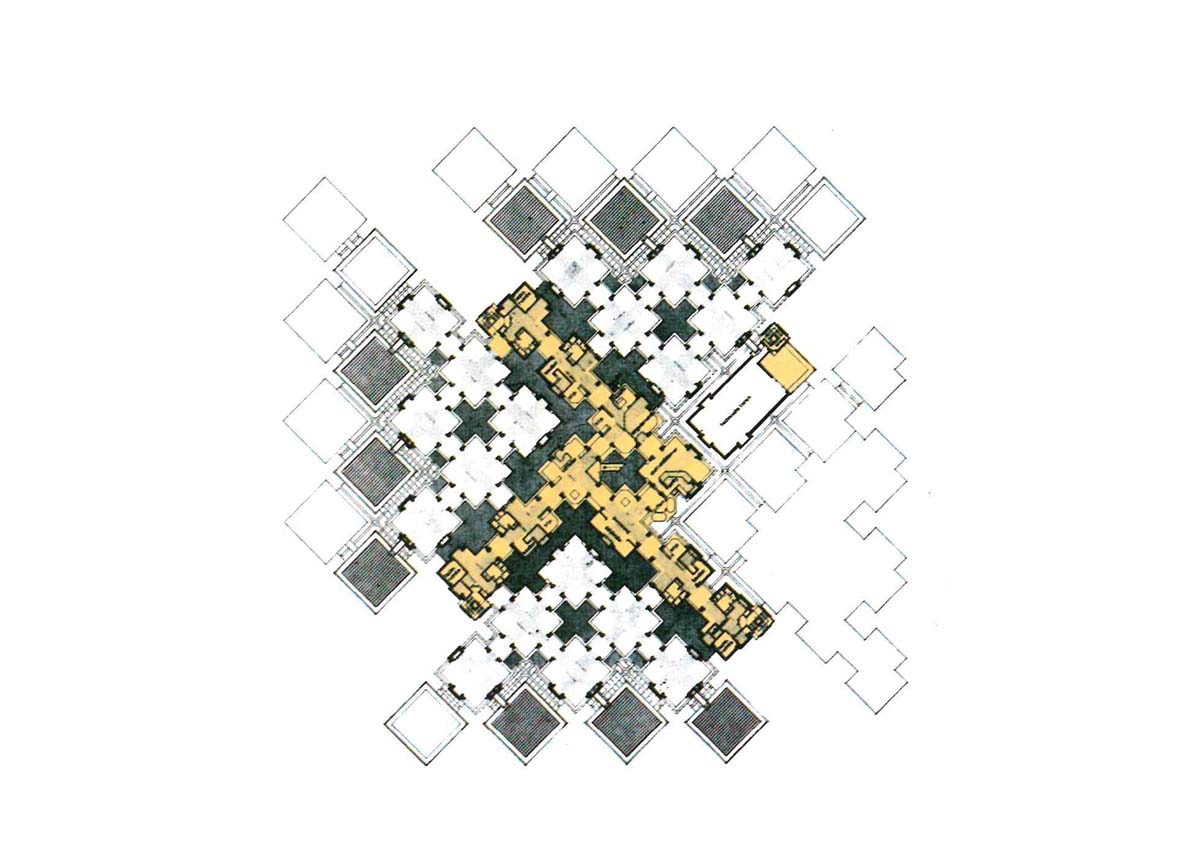 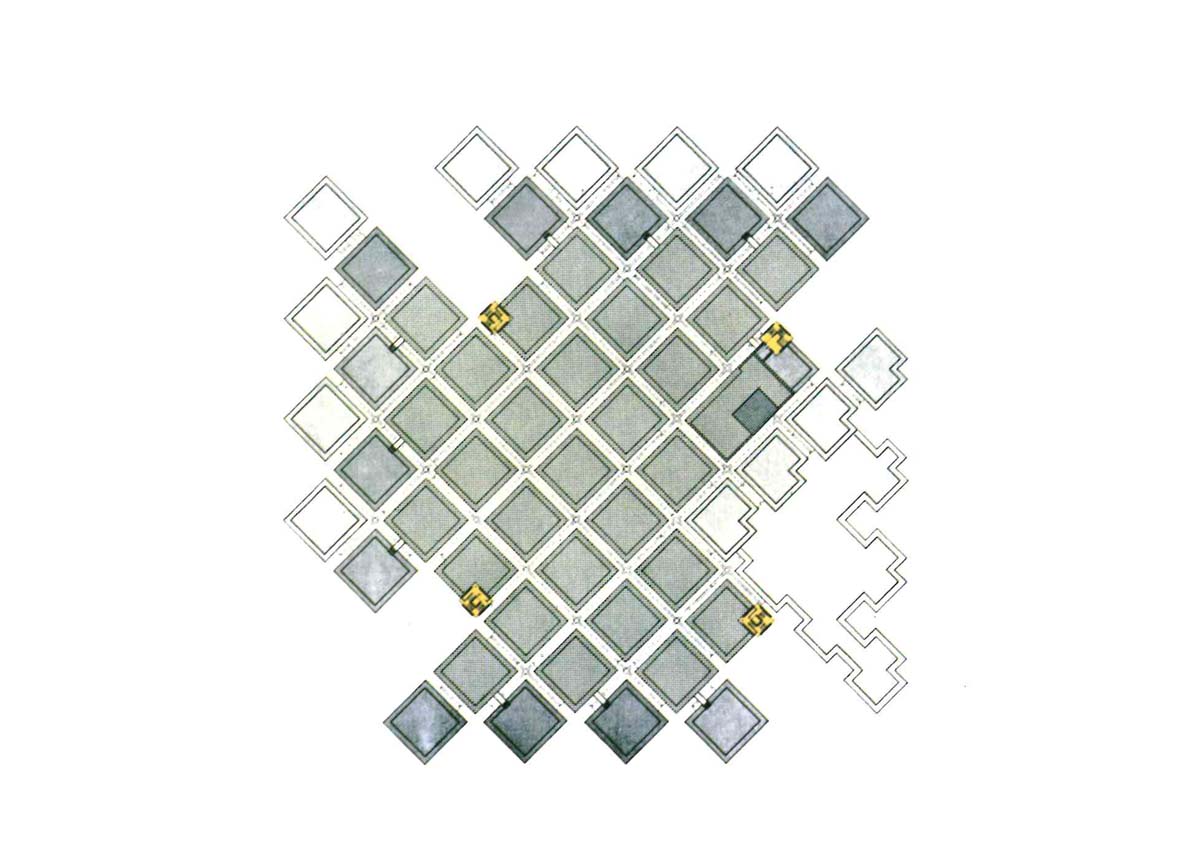 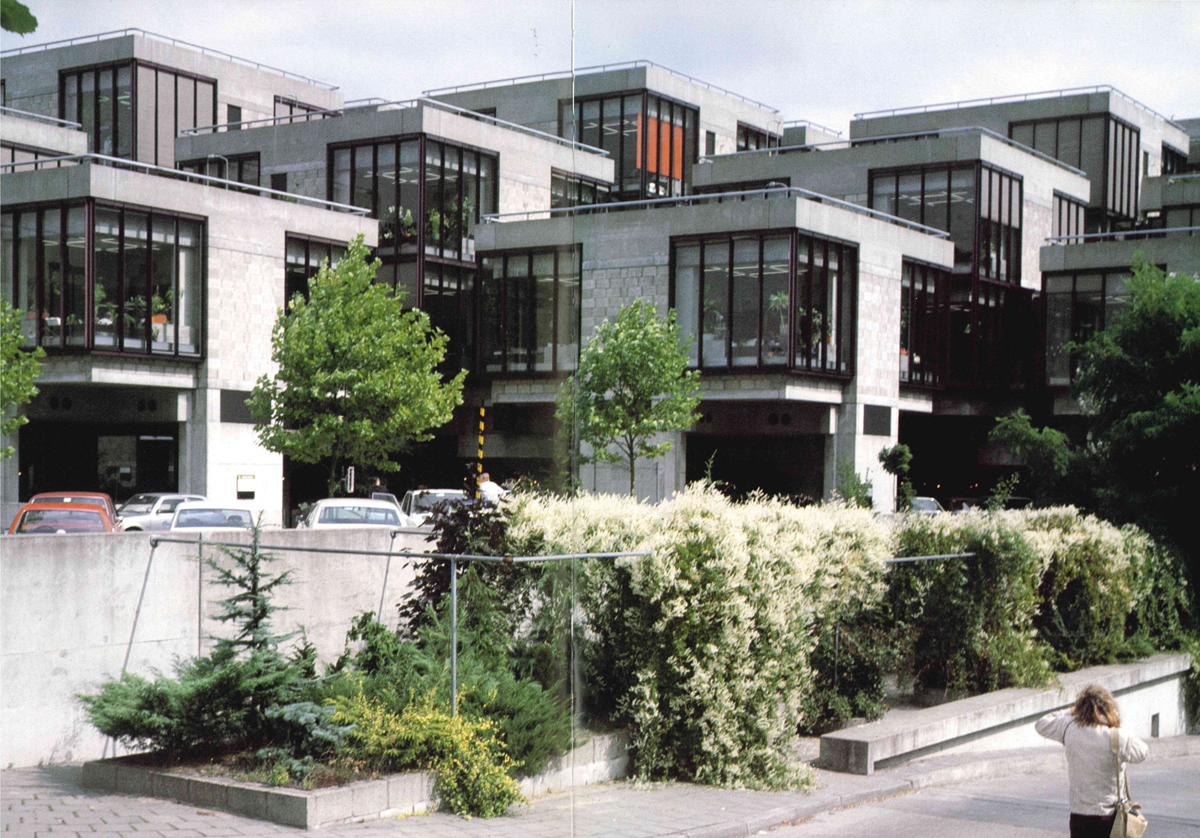 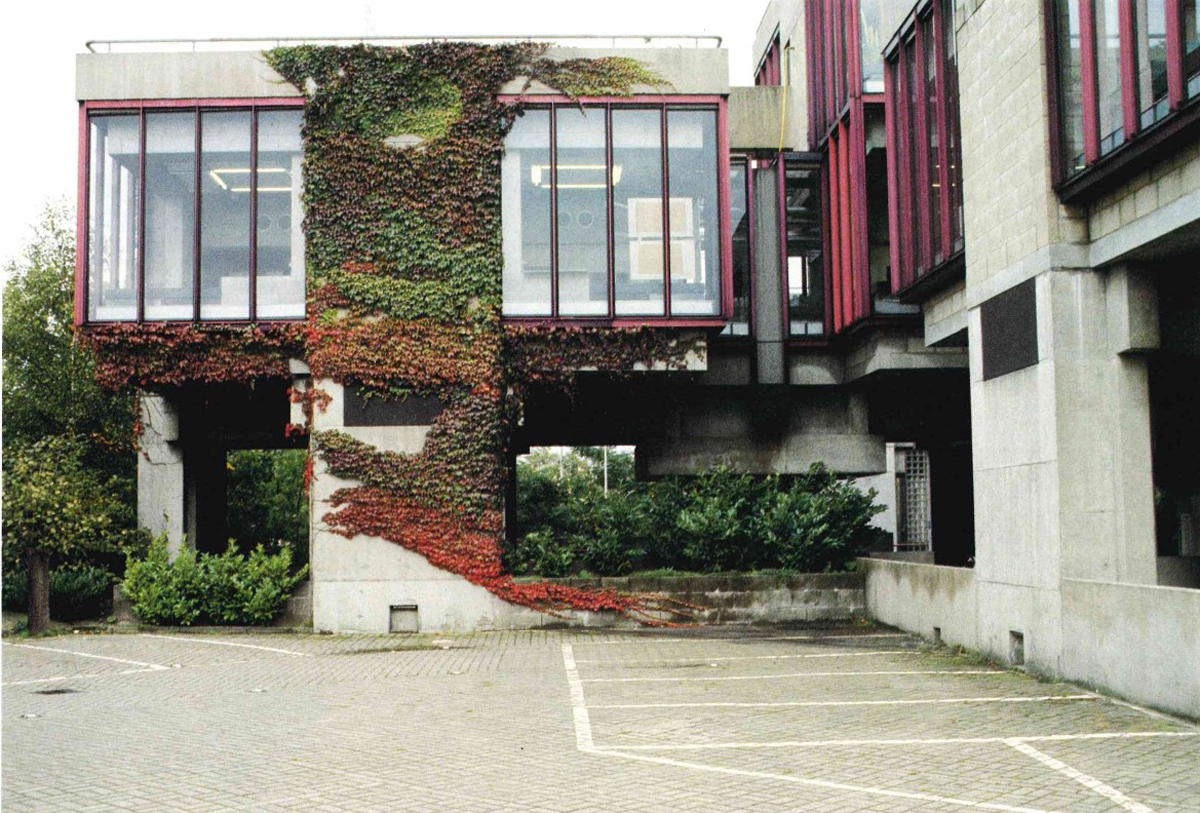 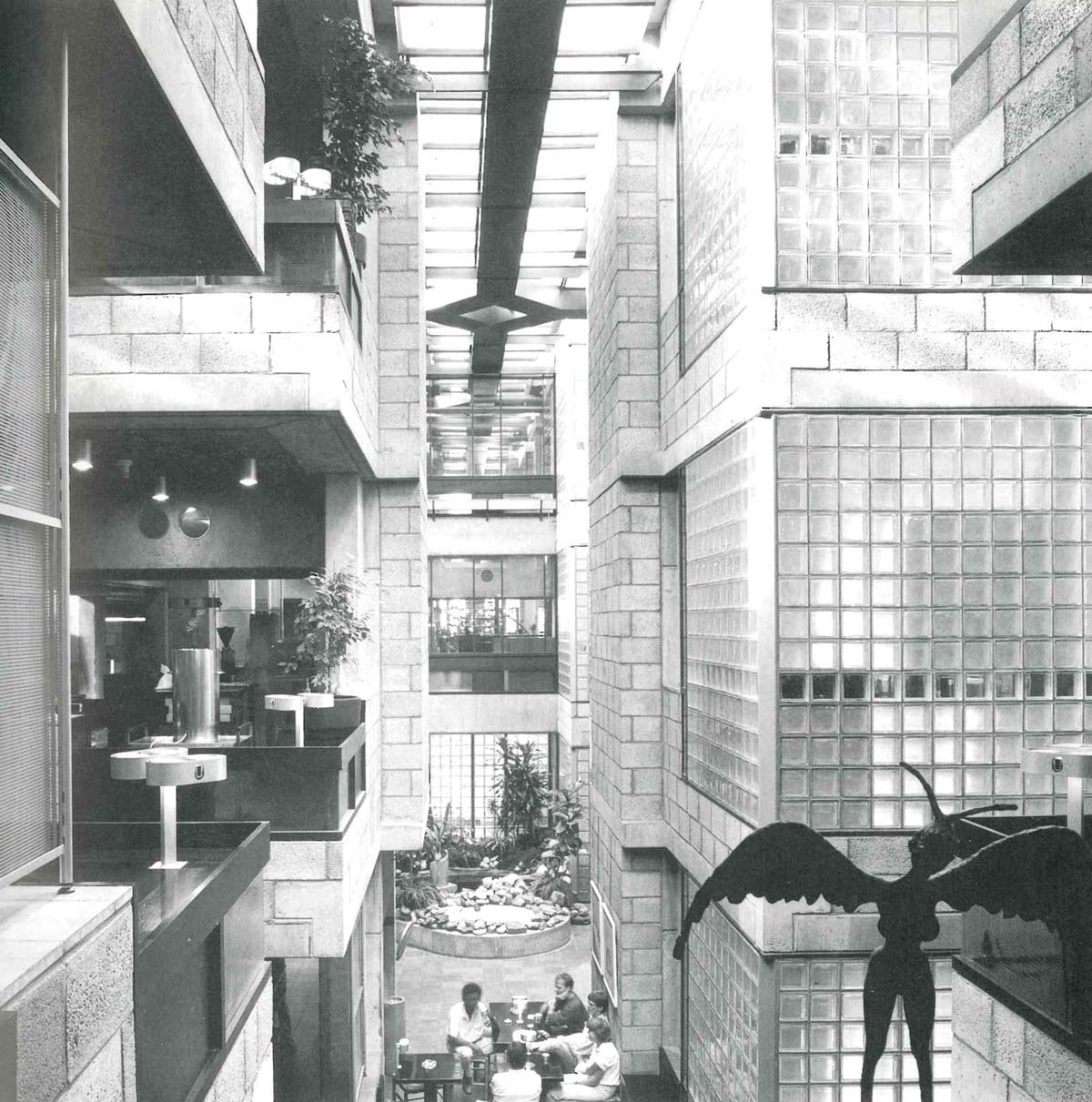 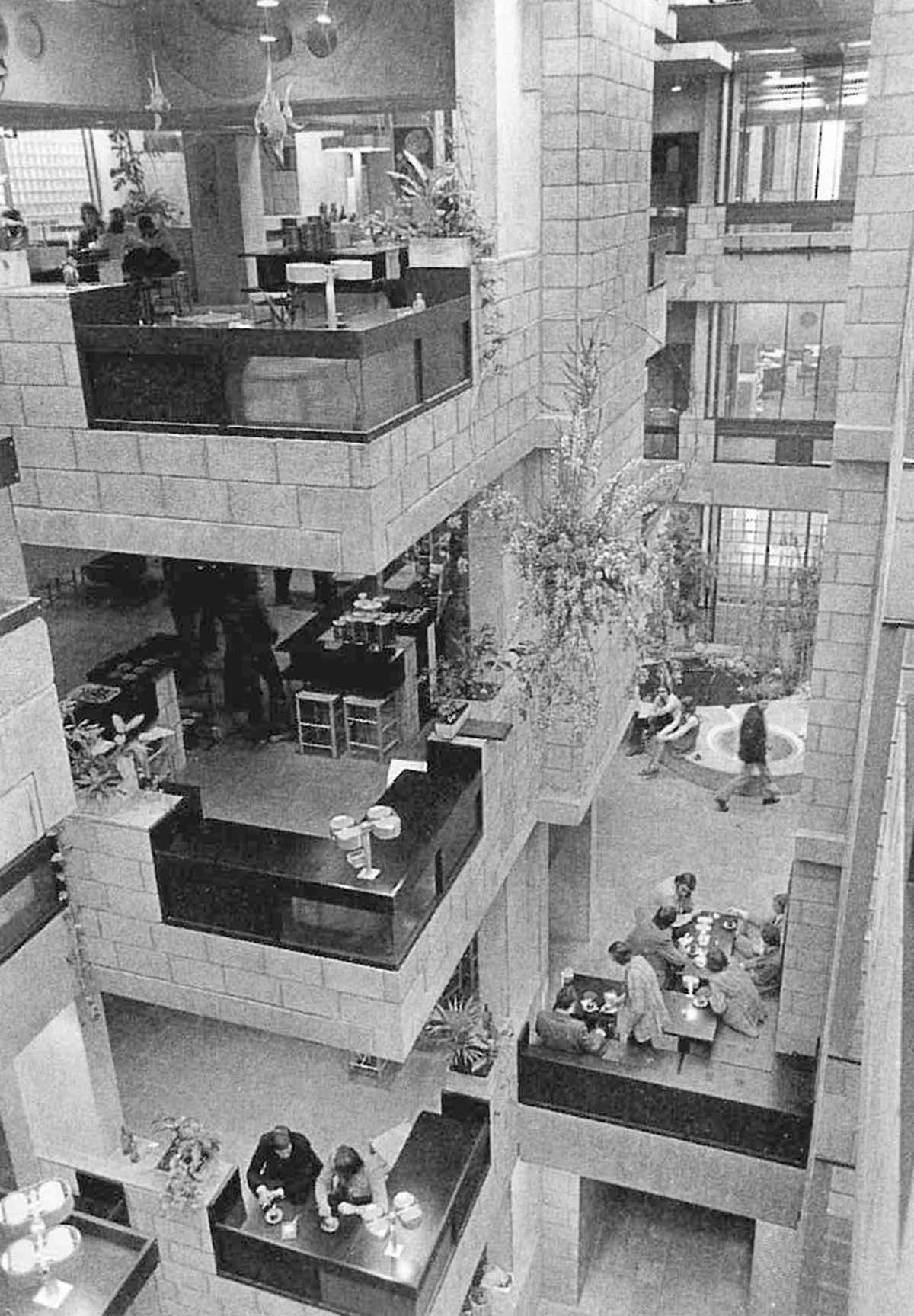 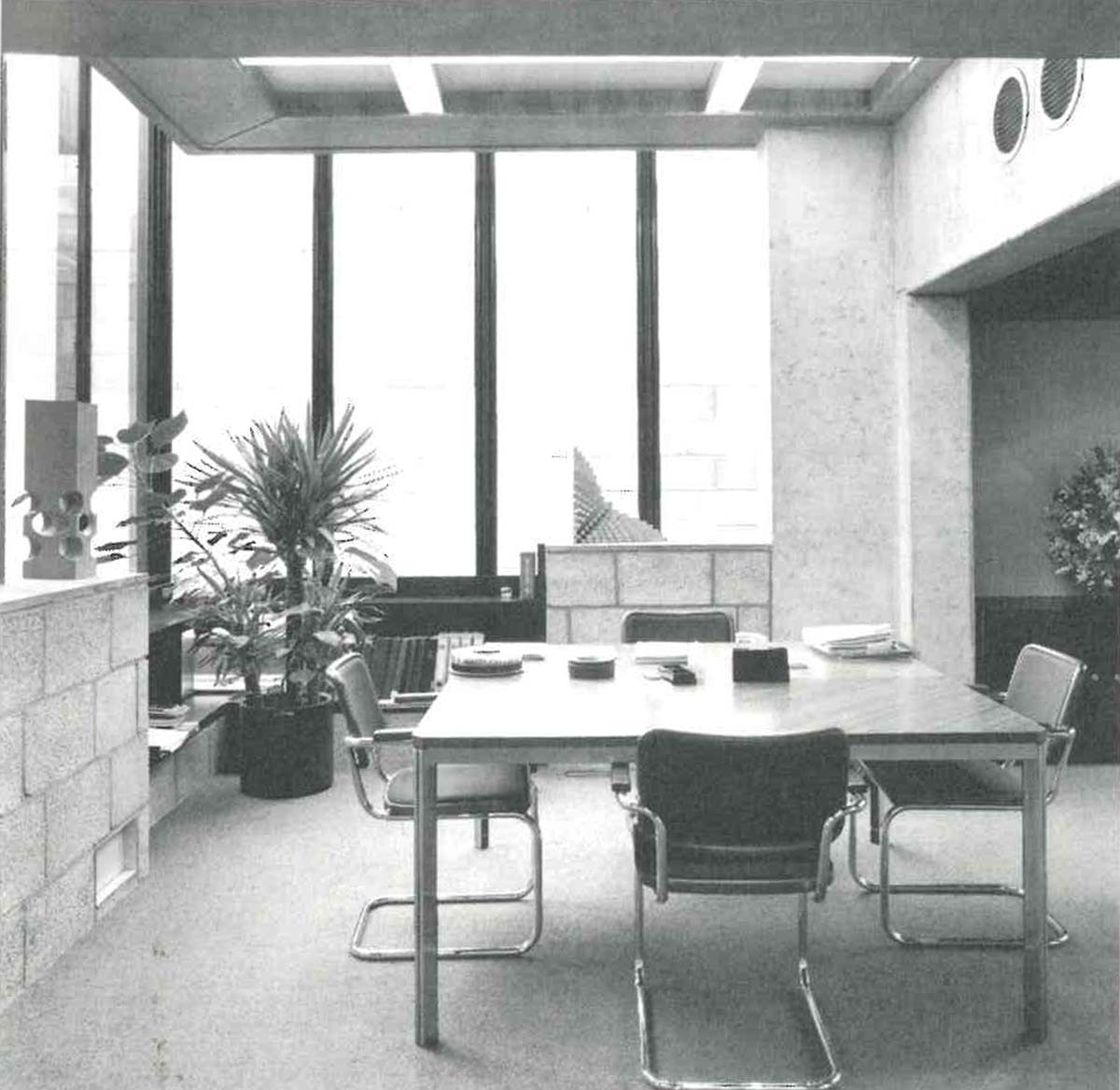 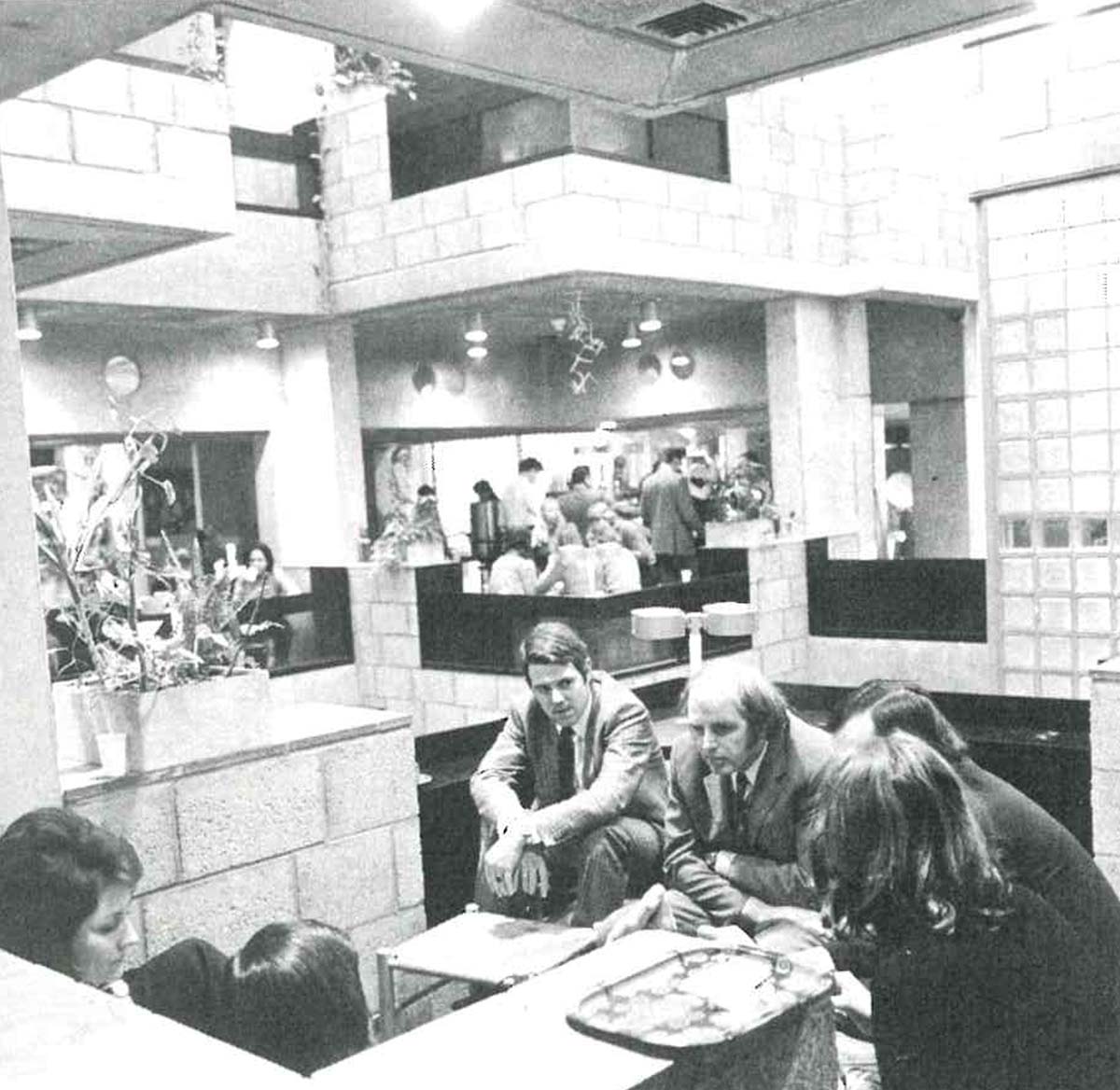 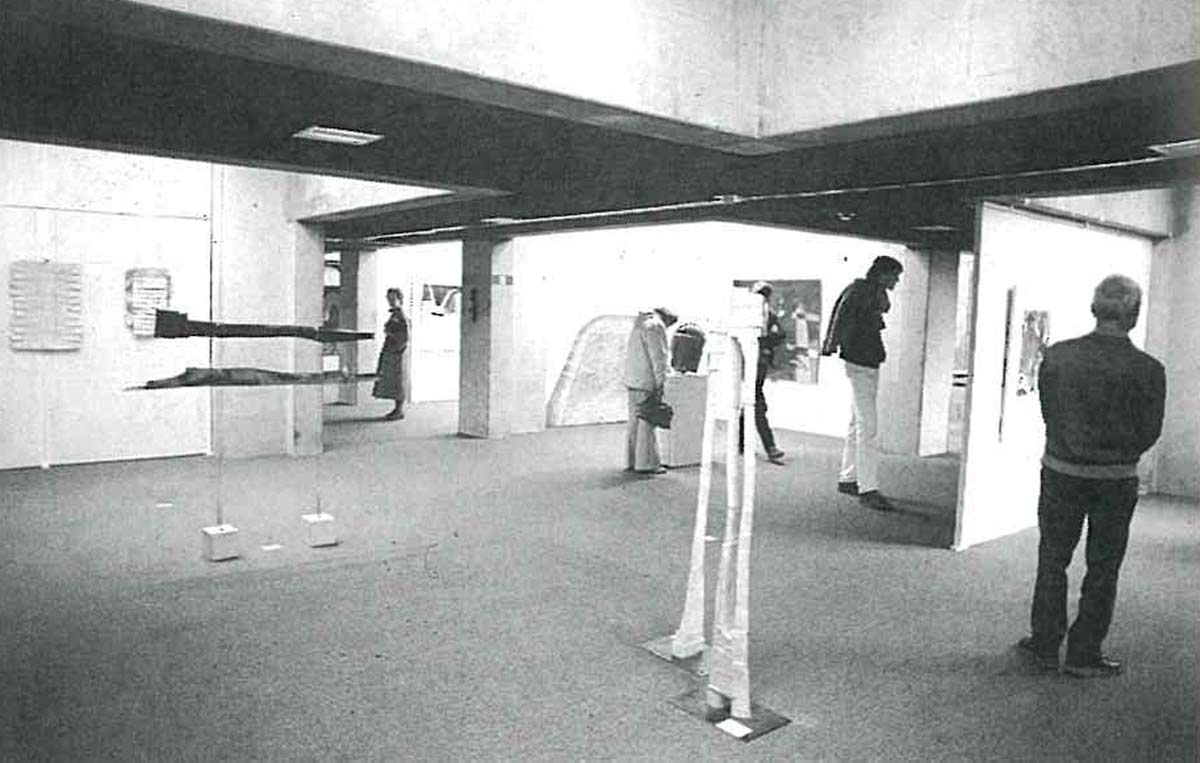 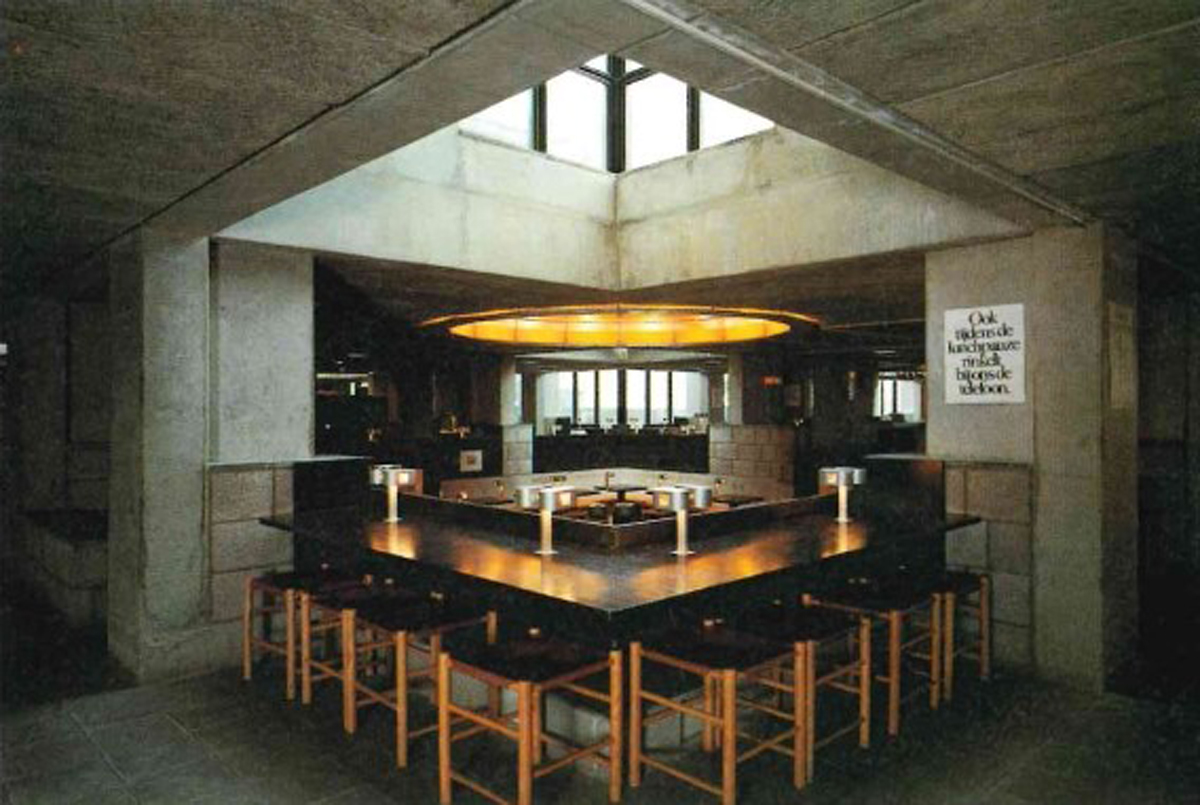 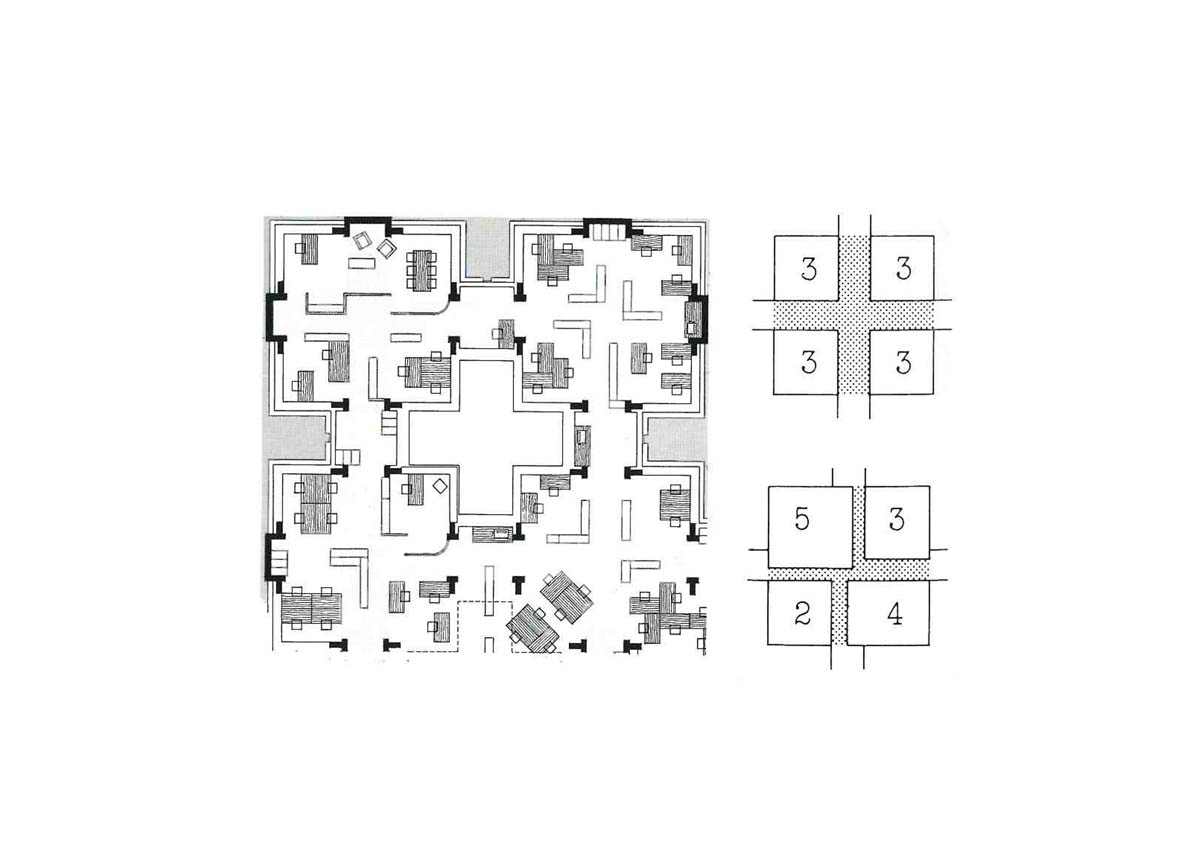 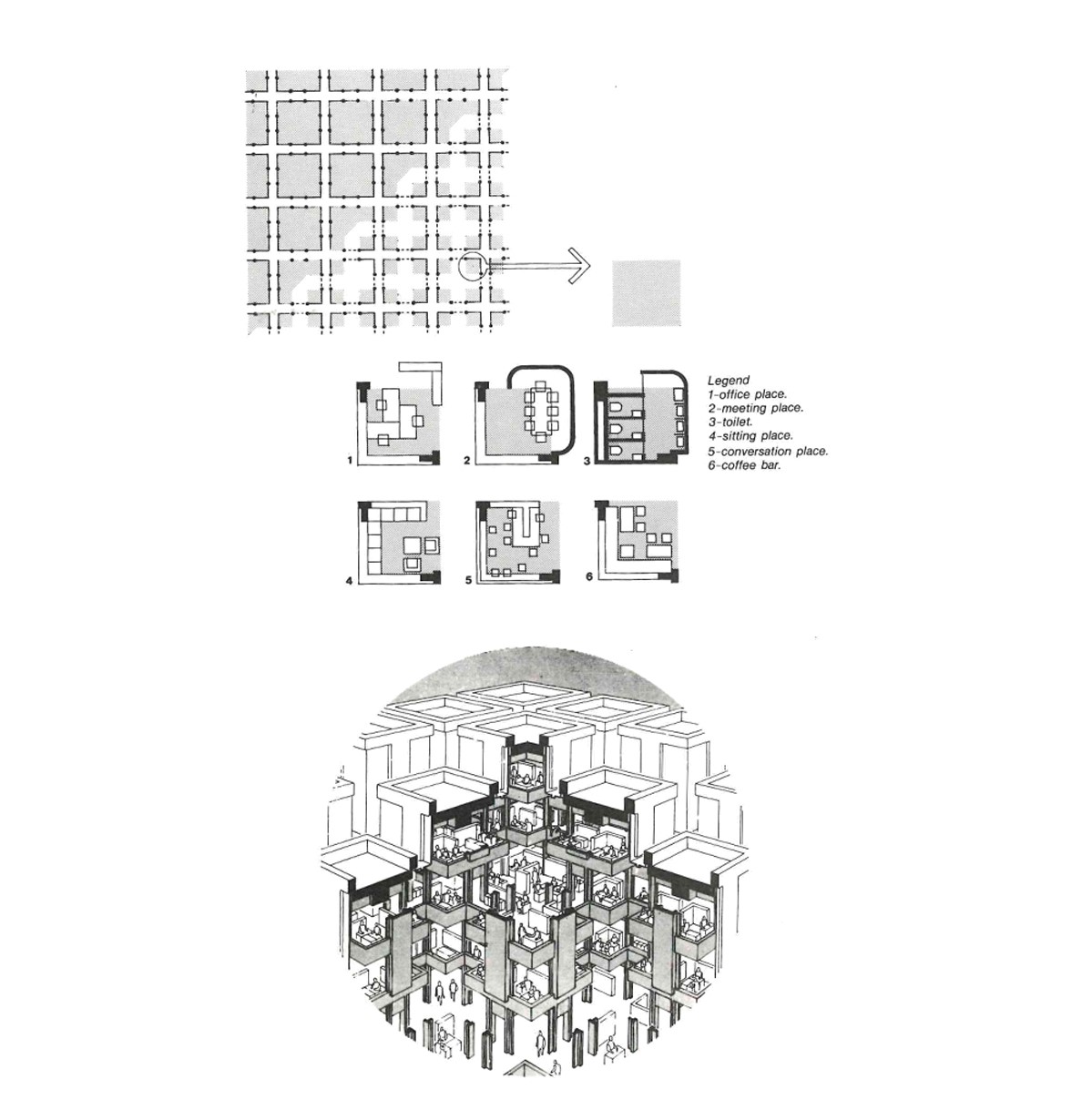 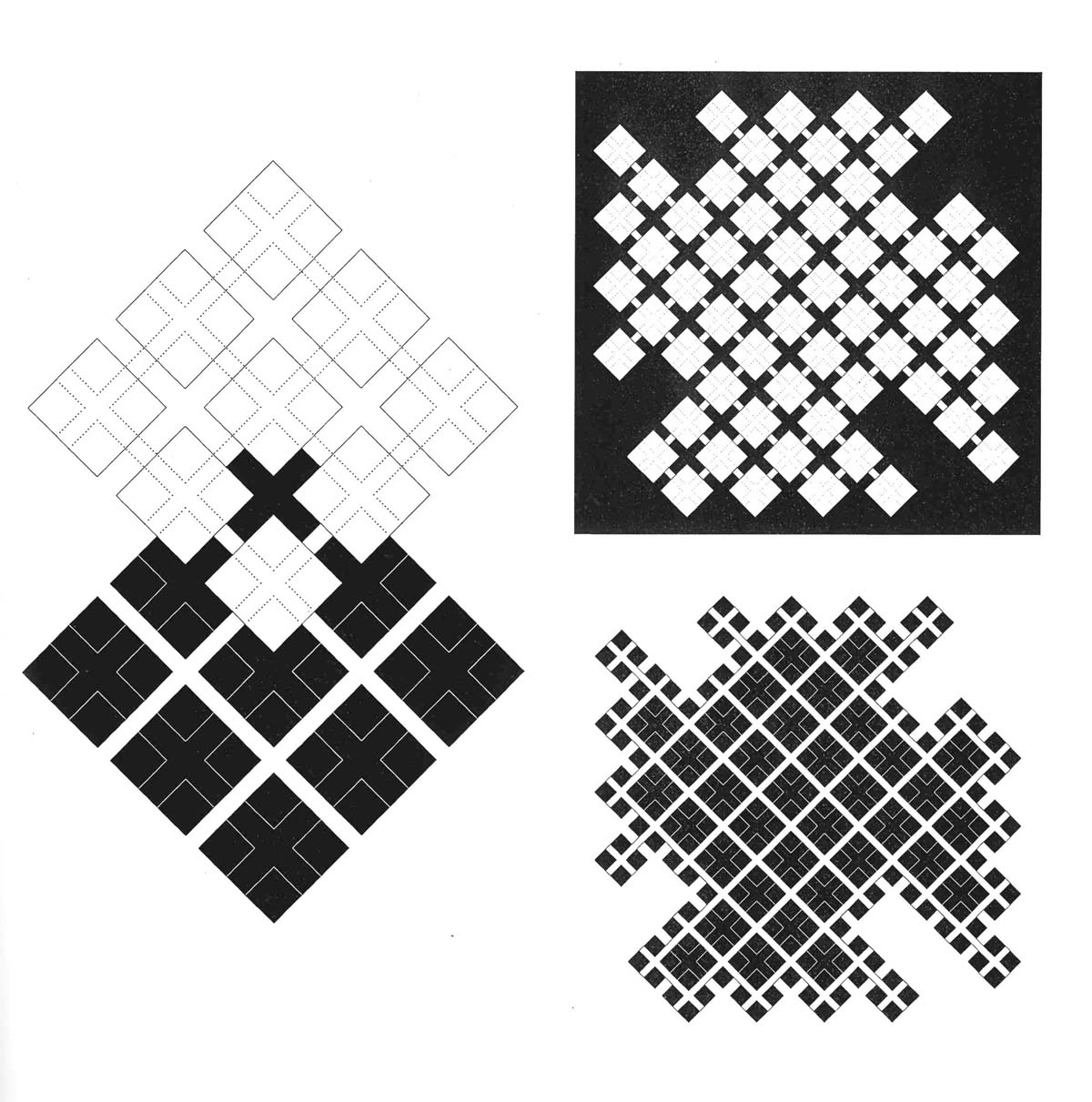