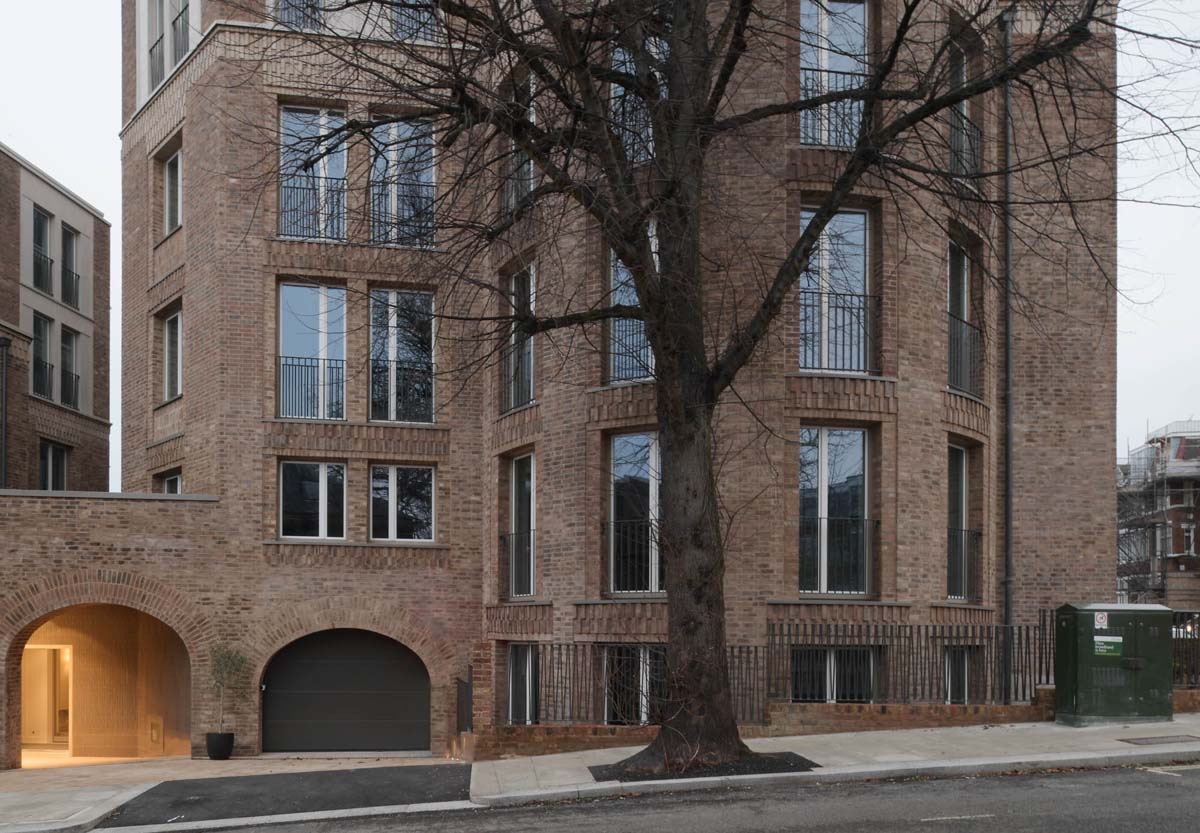 Commissioned by Pegasus Life, a specialist developer interested in providing alternative living options for older residents, the development provides 29 apartments over six storeys specifically designed to accommodate those who wish to live independently but as part of a community, sharing services and facilities including a gym and spa.

The proposed project references the mansion blocks that characterise the Hampstead townscape, substantial buildings that act as markers within the urban grain and translates this building type into a contemporary form. Two interlocking villas are proposed, breaking down the mass of the building and allowing views through to the green space at the rear of the site. The new building aligns with the predominant street pattern and swells to the rear of the site to use the depth of the plot, adjusting to provide focus at the corner of the site.

The facade is conceived as a series of projecting bays in round and chamfered forms, which give the building a strong vertical rhythm. The bold forms are reminiscent of the confident historic architecture of the area, but rather than a pastiche copy, they offer a contemporary interpretation that gives the proposal a clear identity. Brick, the dominant material in Hampstead and London in general, is the prevalent material of the facades, with deep reveals and layered details giving the project a feeling of permanence. Articulated lintels, string courses and cornices convey the sense of elaborate construction that is found in the nineteenth century urban context.
Window openings reinforce the feeling of weight – deeper at the base of the building and almost flush at the top. Here, ceramic tiling akin to decorated terracotta faience is used to give further articulation to the facade.

The interiors are organized around an inner central room from which different parts of the apartment unfold. Bedrooms are treated like separate suites to offer alternative ways of use and occupation. The labyrinthine plan is intended to build in multiple private thresholds to simulate the experience of a large house, the likely previous home of the new residents relocating to this building. 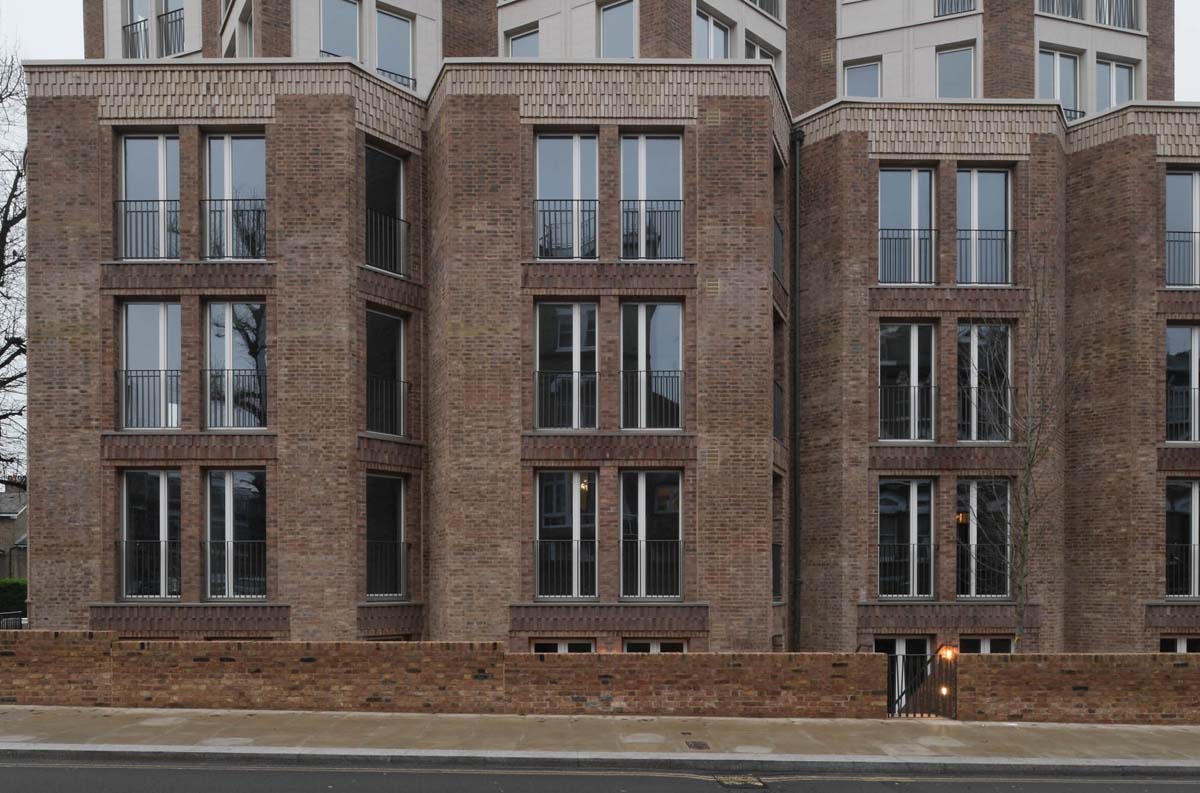 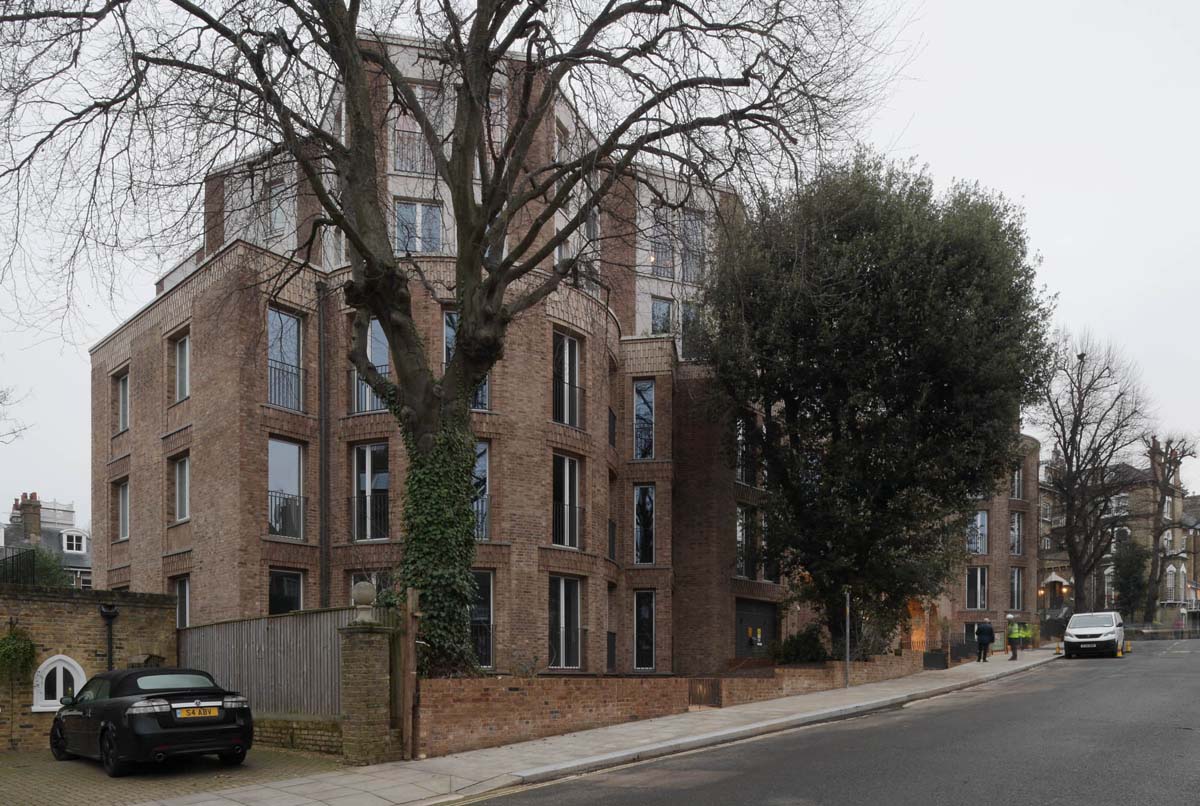 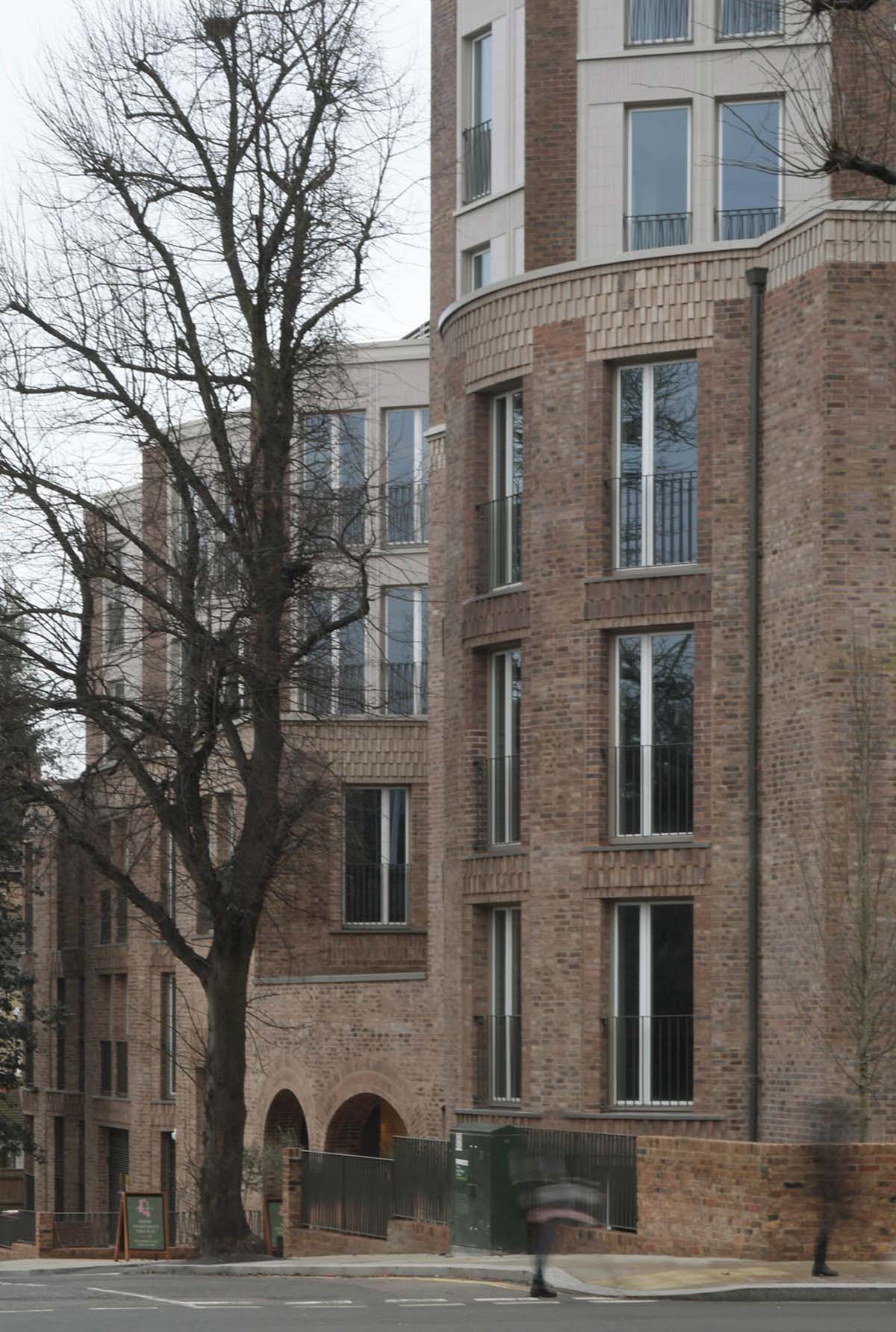 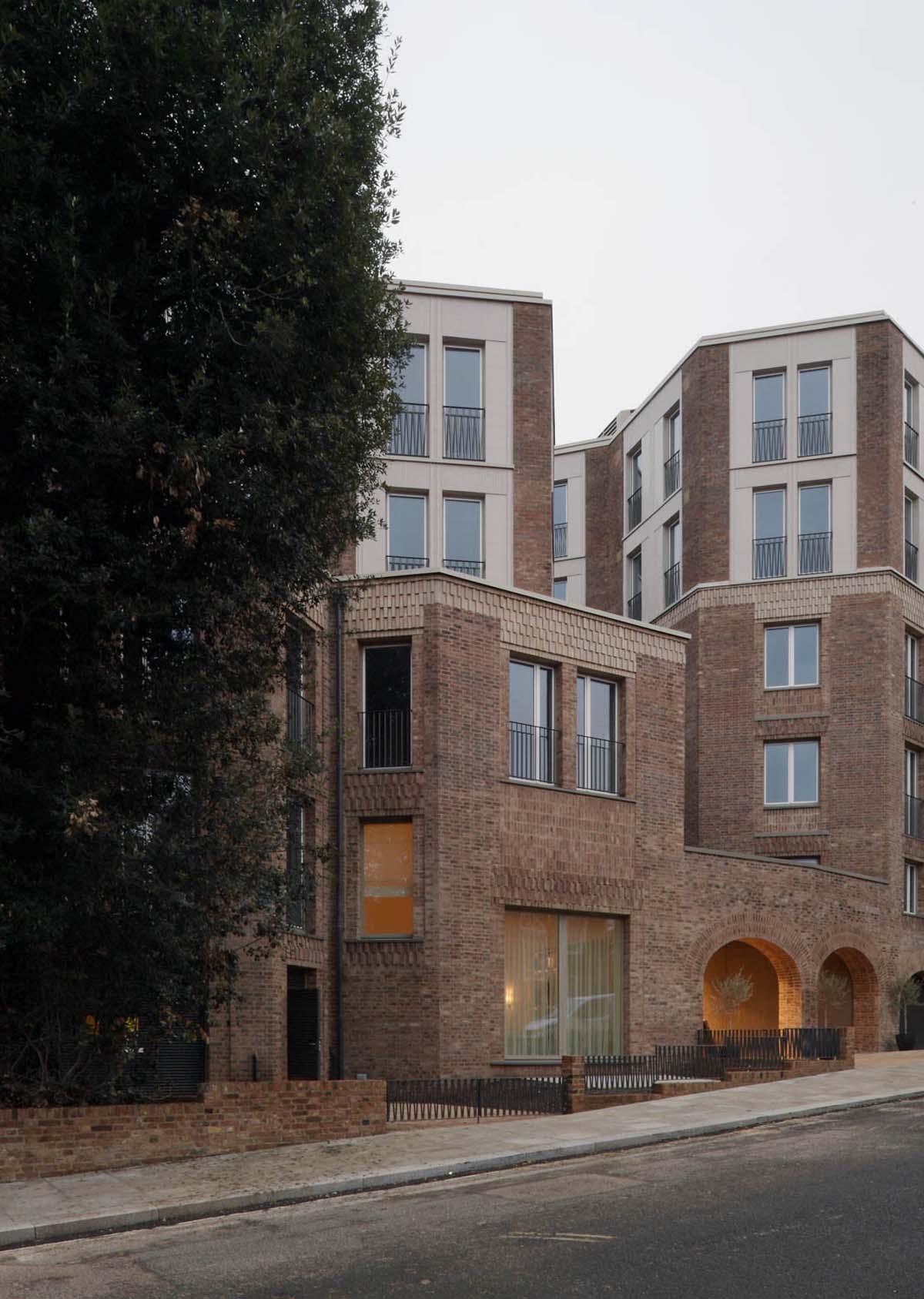 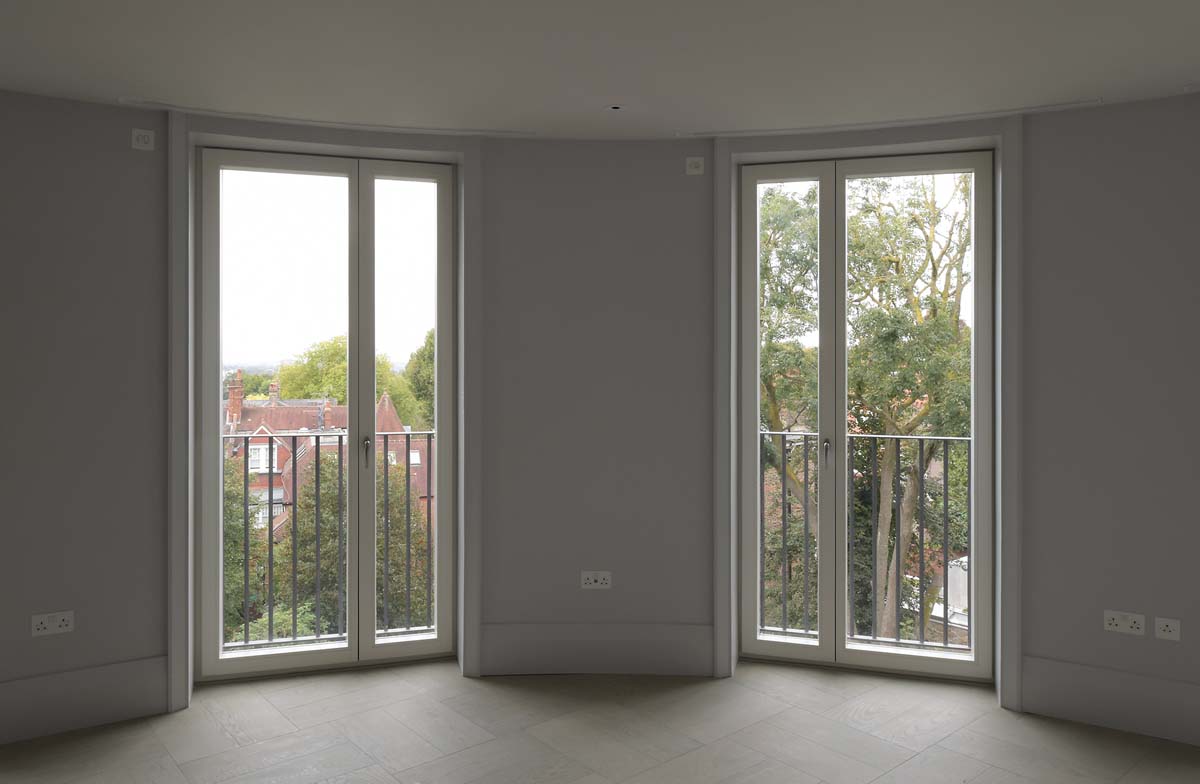 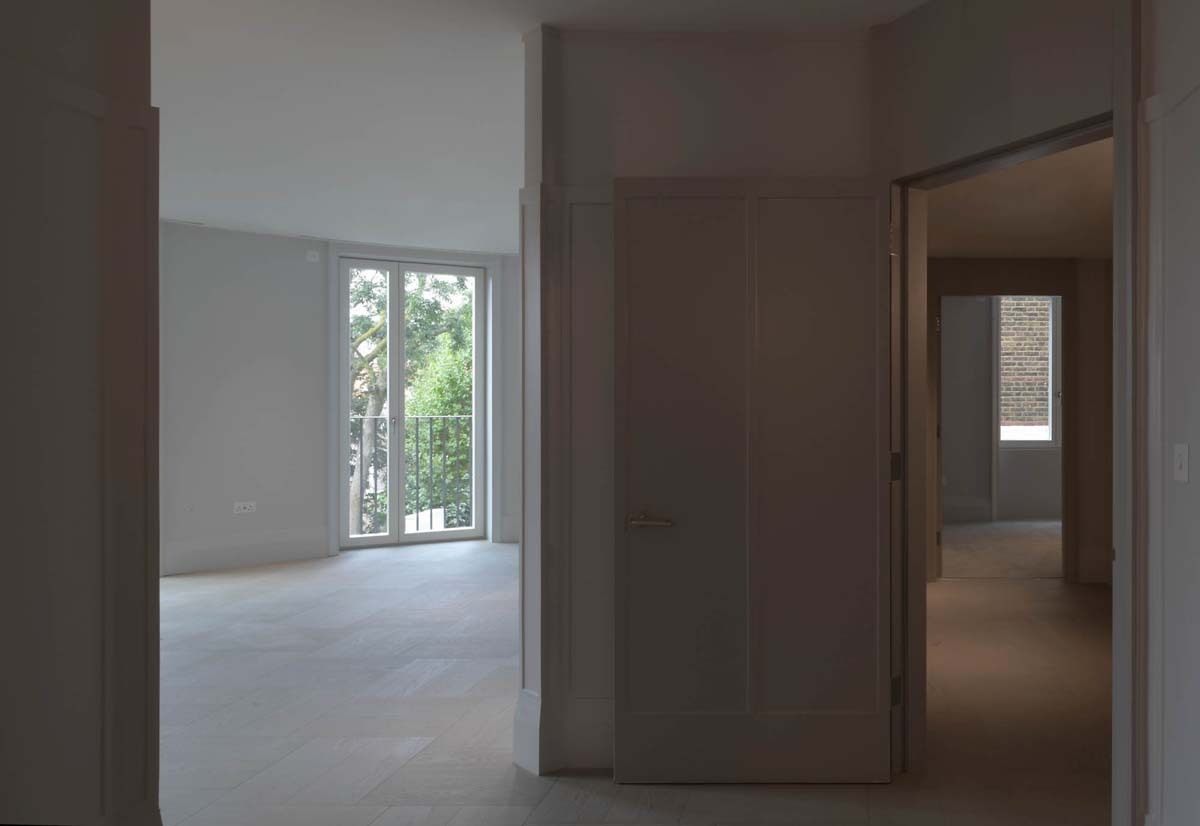 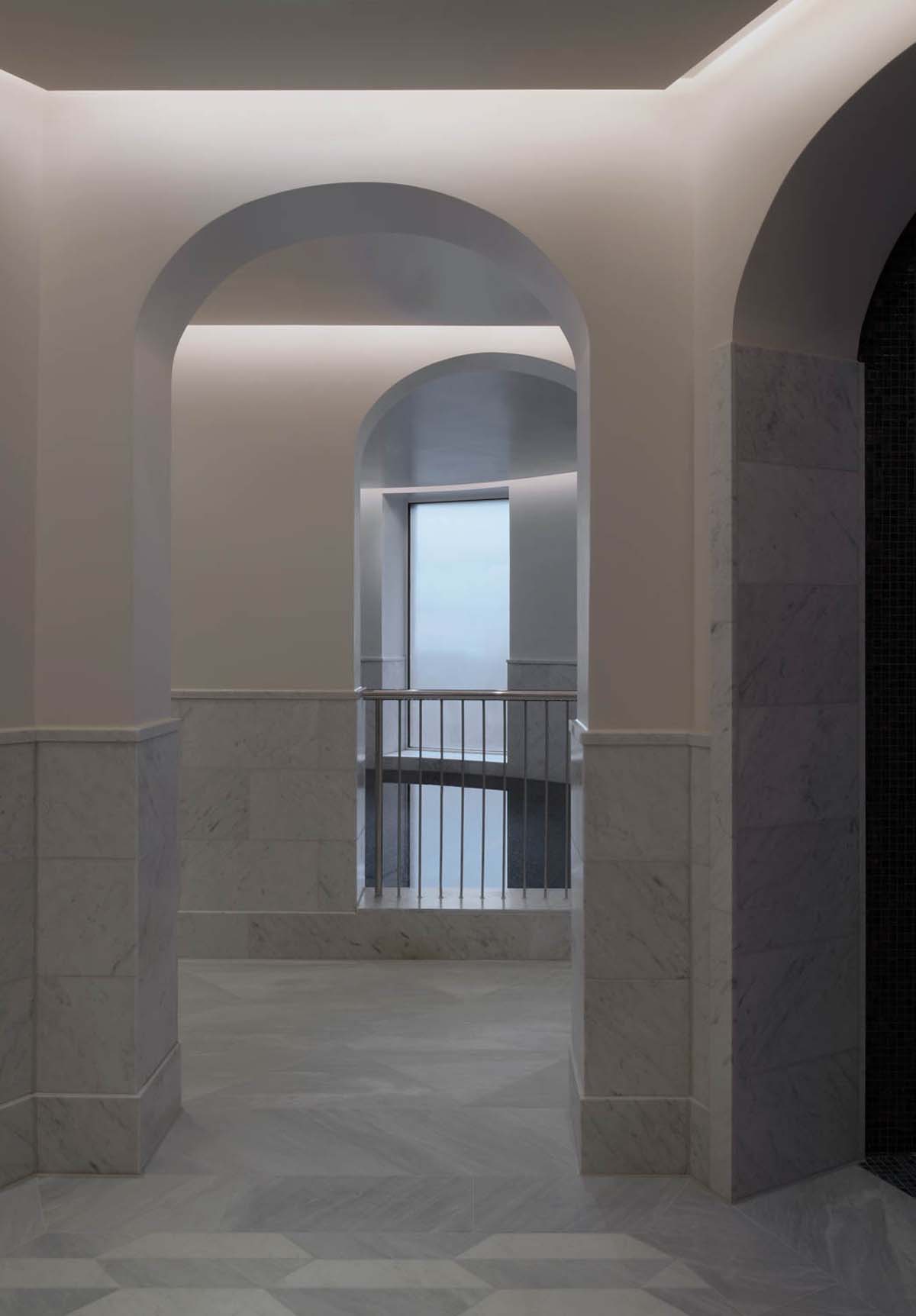 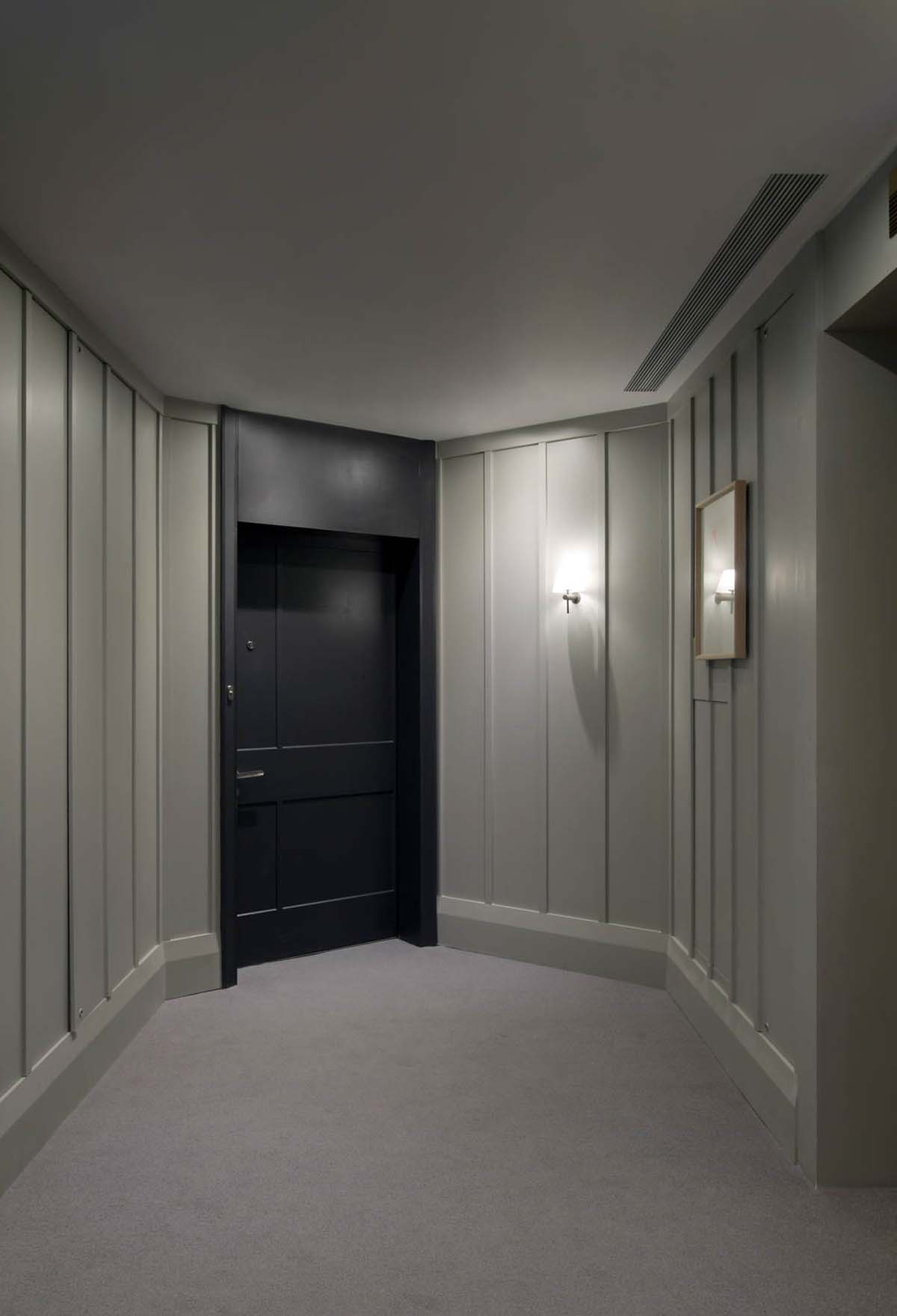 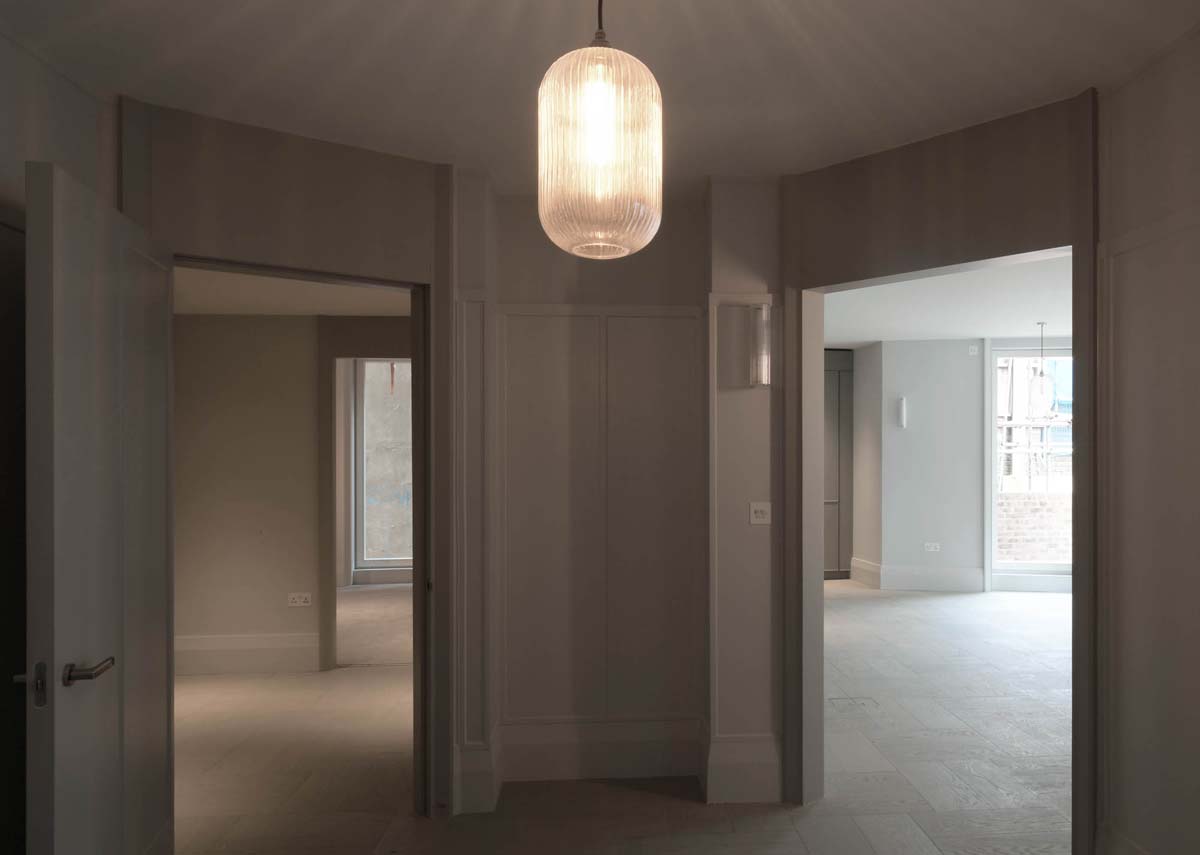 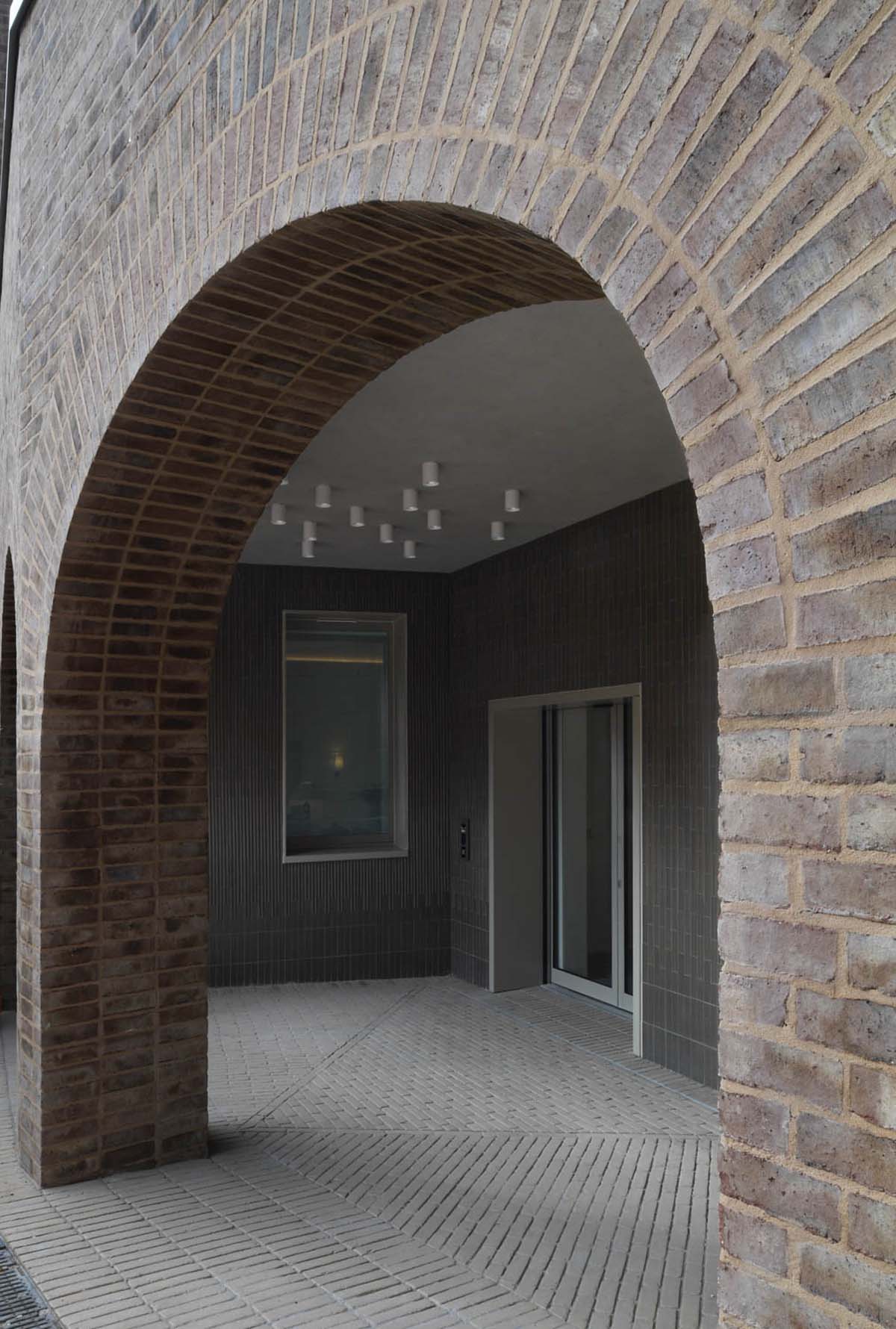 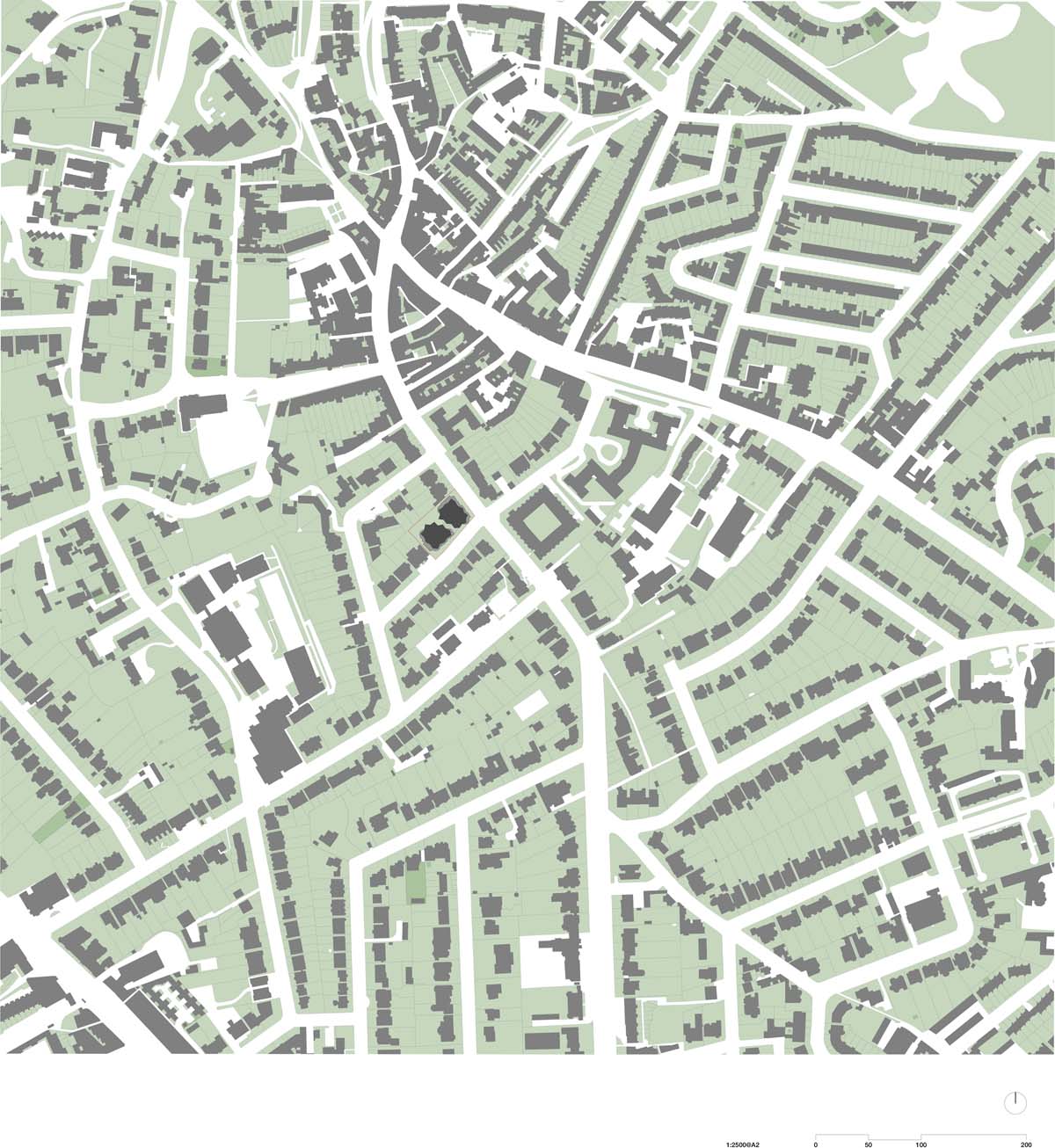 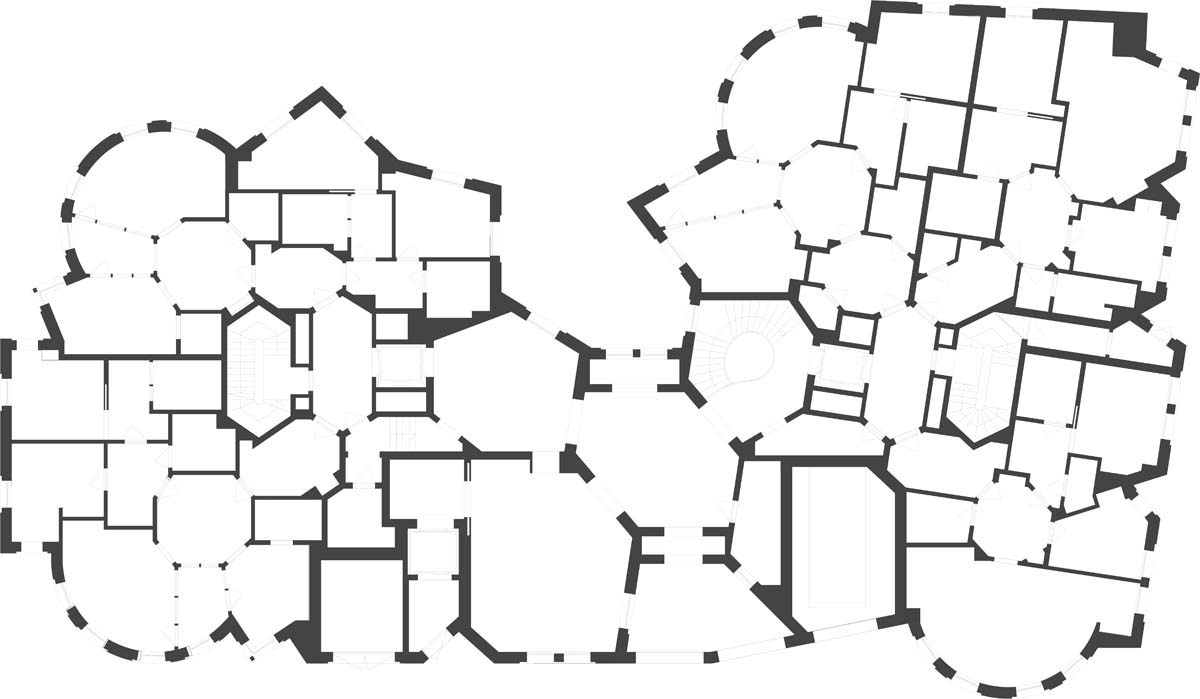 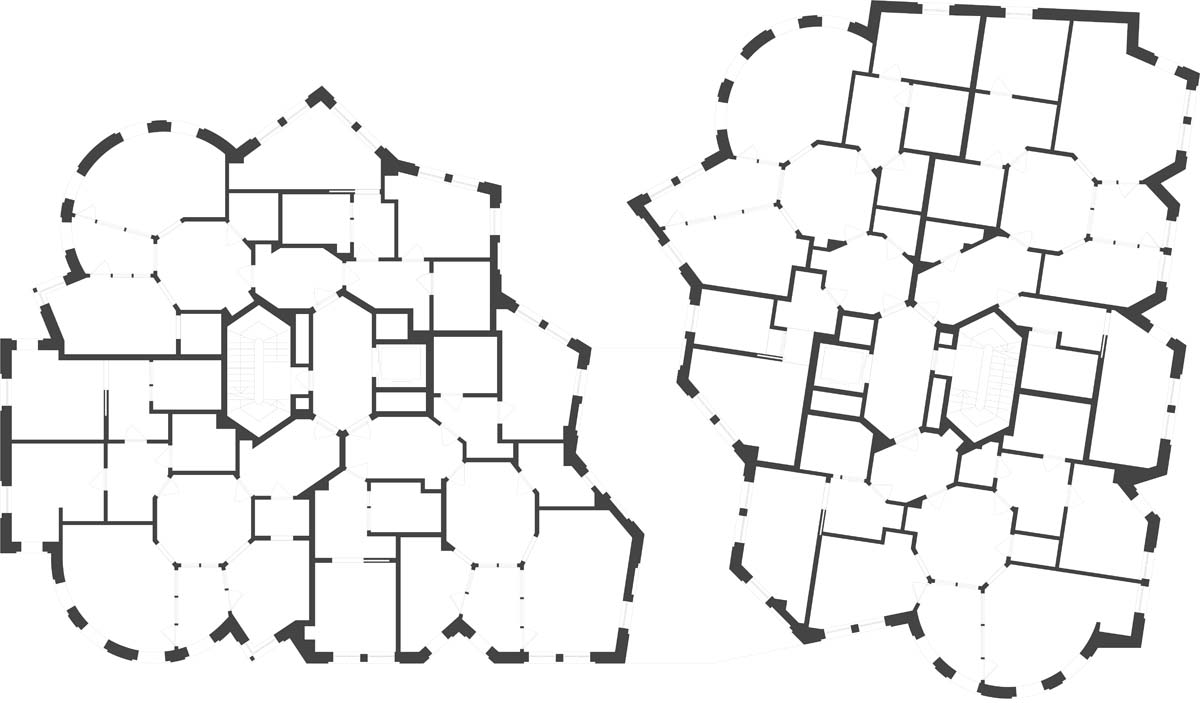 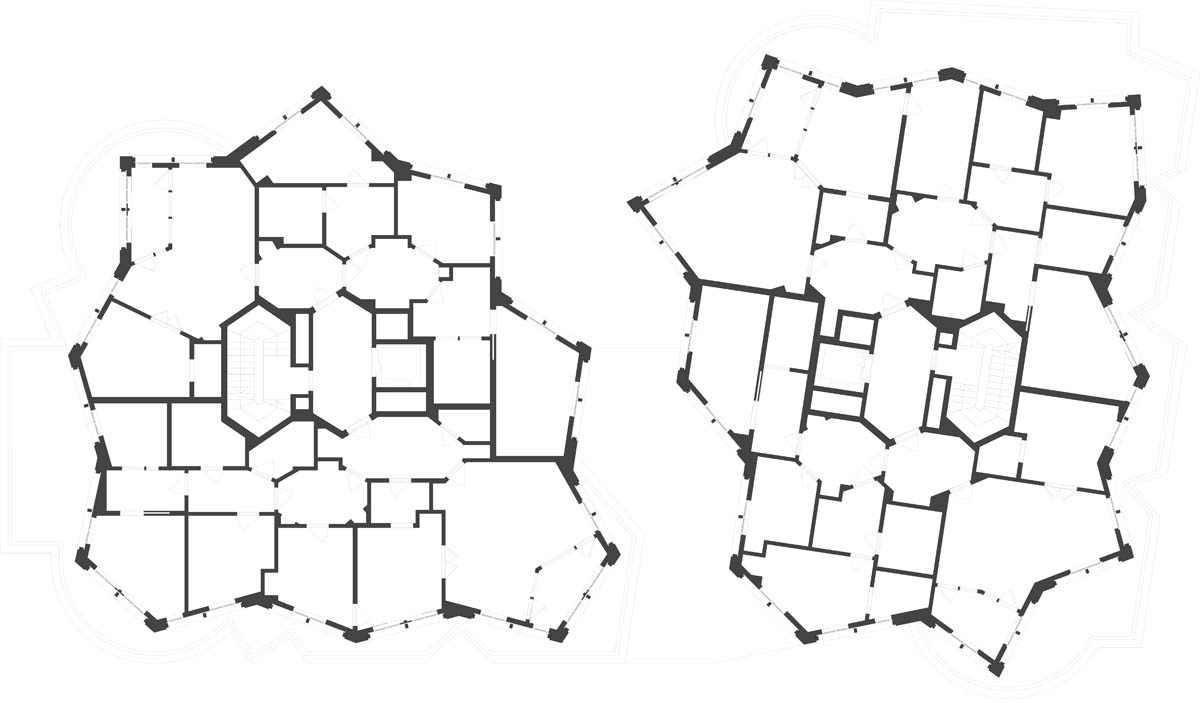