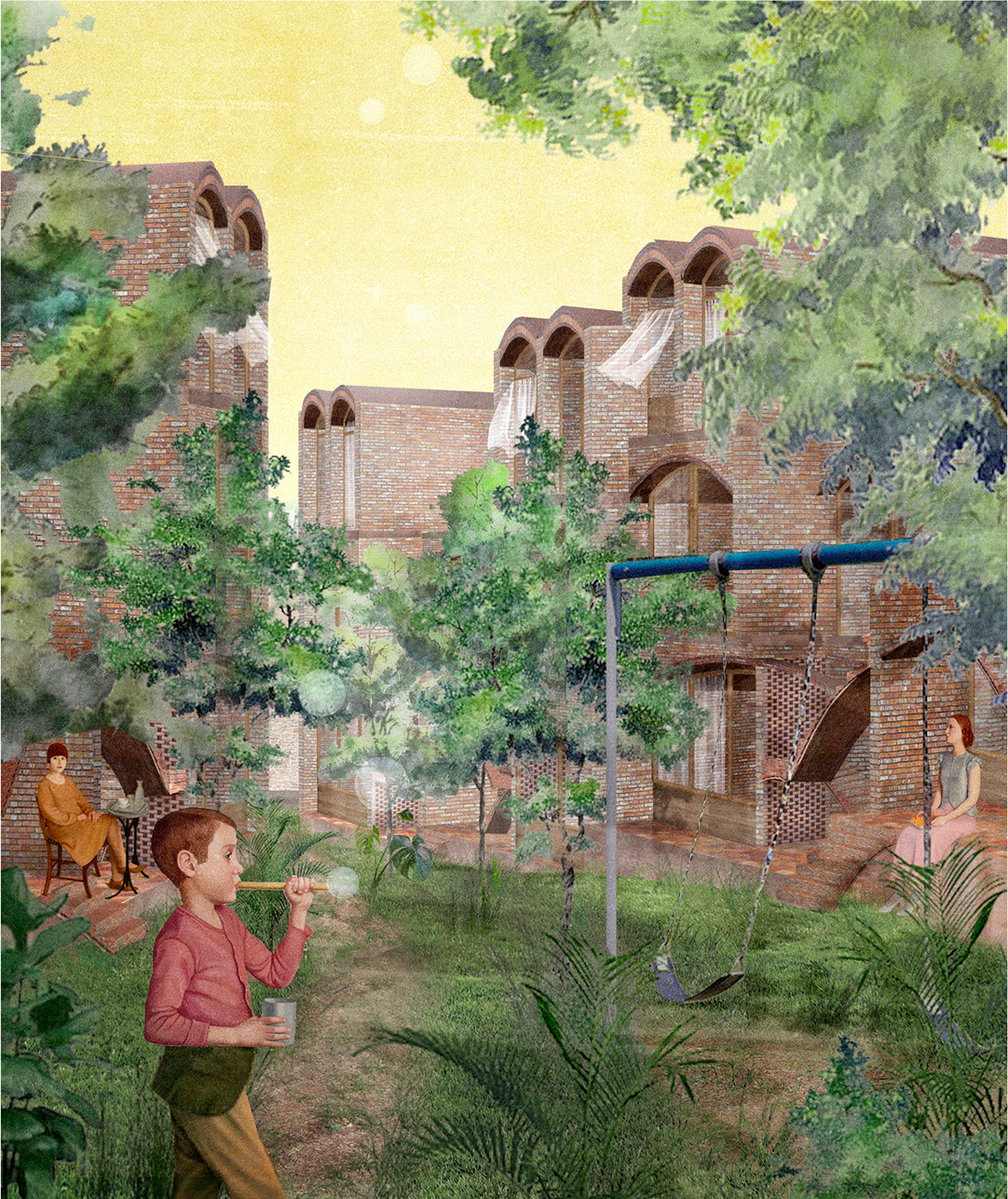 This is a project on housing. This is a play in 5 acts.

The play takes place in Tres Turons in Barcelona. The rock shapes the space: Tres Turons is characterised by topography, going up is constantly followed by going down again. The rock is witness to time, shaped by wind and weather.

Two volumes, formed with 5 different modules – 5 different characters. The organisation follows a rhythm: Between the characters patios are formed, opening up and closing again. They are threaded along a straight line, an enfilade.

The characters
Each of the 5 characters is different in size and shape, but follows the same rules. The buildings are dressed in brick, following the tradition of the Catalan Vault. One type forms one entity, the organisation is vertical. Each of the characters has 3 floors: The ground floor, a shared space for the inhabitants, is covered by one big vault. By going up, the number of vaults gets multiplied by two: 1 – 2 – 4. The closer one gets to the sky, the more private the rooms become. The second floor is the entrance to the smaller unit, and on the very top, there are the bedrooms: Small singular rooms, just enough for you and your personal items. Each of the characters has several terraces: to connect, to see and to be seen.

5 acts: entering – sharing – living – sleeping – playing
The play describes moments of life, it is about how we meet and share our daily activities, how we inhabit spaces and make them ours, how we rest and contemplate, how we work and grow. The architecture of the housing blocks tries to react to these different moments and needs, tries to silently offer a stage for all of them. Stories are better when they are told together – moments are more exciting when they are shared.

It is early, a light breeze blows through the crowns of the trees, I stop and listen to the sound of the moving leaves. I took the bus to come here, the engine made a strained rusty sound while we were approaching the top of the hill. I am meeting her at 8, so I have still some time to walk around. I pass a terracotta colored brick wall and step through a vaulted opening. The walls remind my of something fa- miliar, something that has always been there. I find myself in a small garden, a patio, a space in between. This void is embraced by two buildings with huge windows, the same, but responding to different rhythms. On both sides: Stairs, thin and delicate, following curved paths. They are adorned by potted plants, a cat is sleeping on one step. A window is open, the clean white curtain is dancing in the wind. As it moves, I smell the fresh cotton, reminding me of summer days.

– Things we ought to do systematically from time to time:
go and call on your neighbours, look at what there is on the party wall. Notice how unfamiliar things may seem as a result of taking staircase B instead of staircase A. Try to imagine on what a collective existence might be based, within the confines of this same building. In apartment buildings in general: look closely at them; look upwards; look for the name of the architect, the contractor, the date when it was built; in case of a new building , try to remember what was there before. – Georges Perec, Species of Spaces. 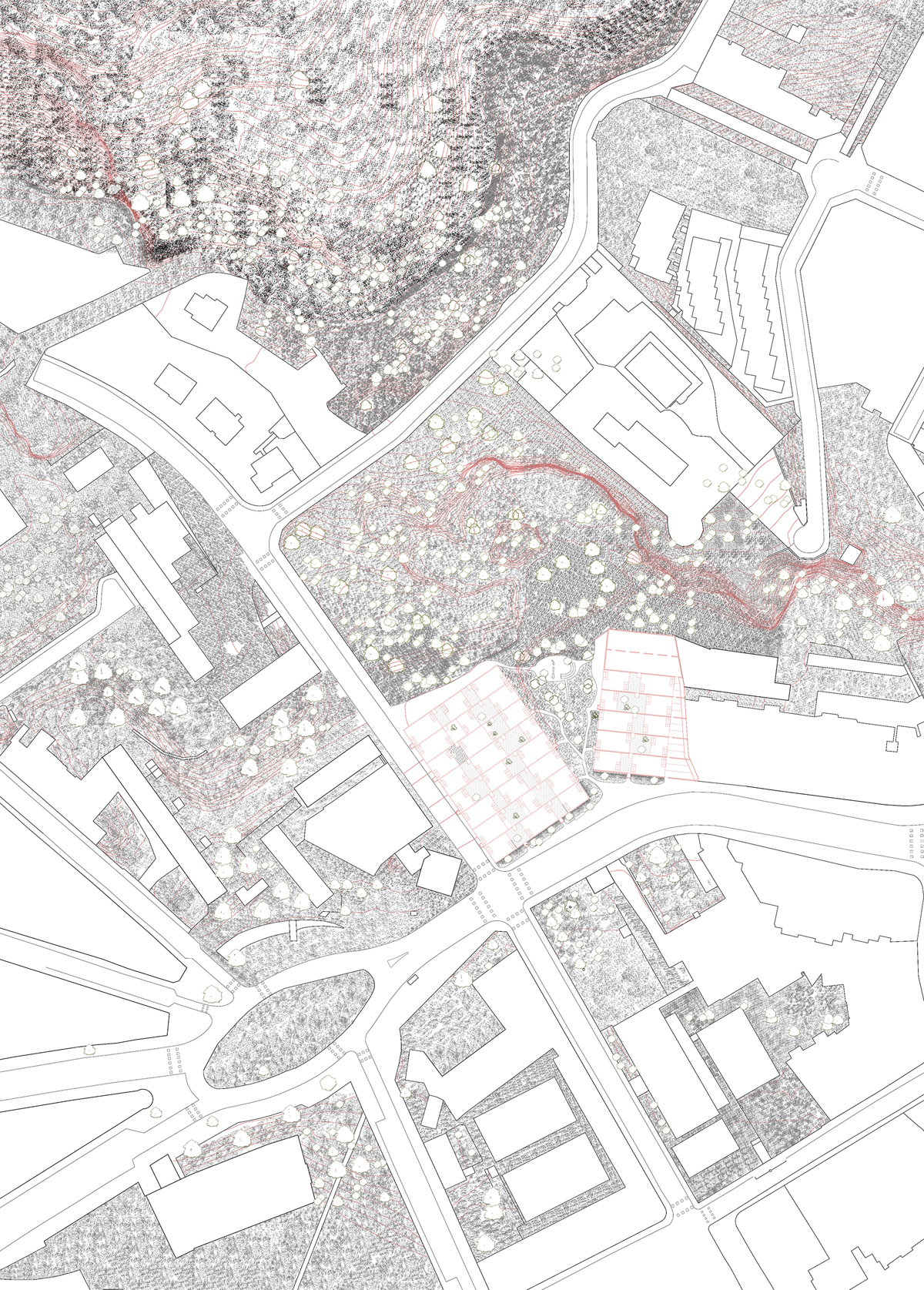 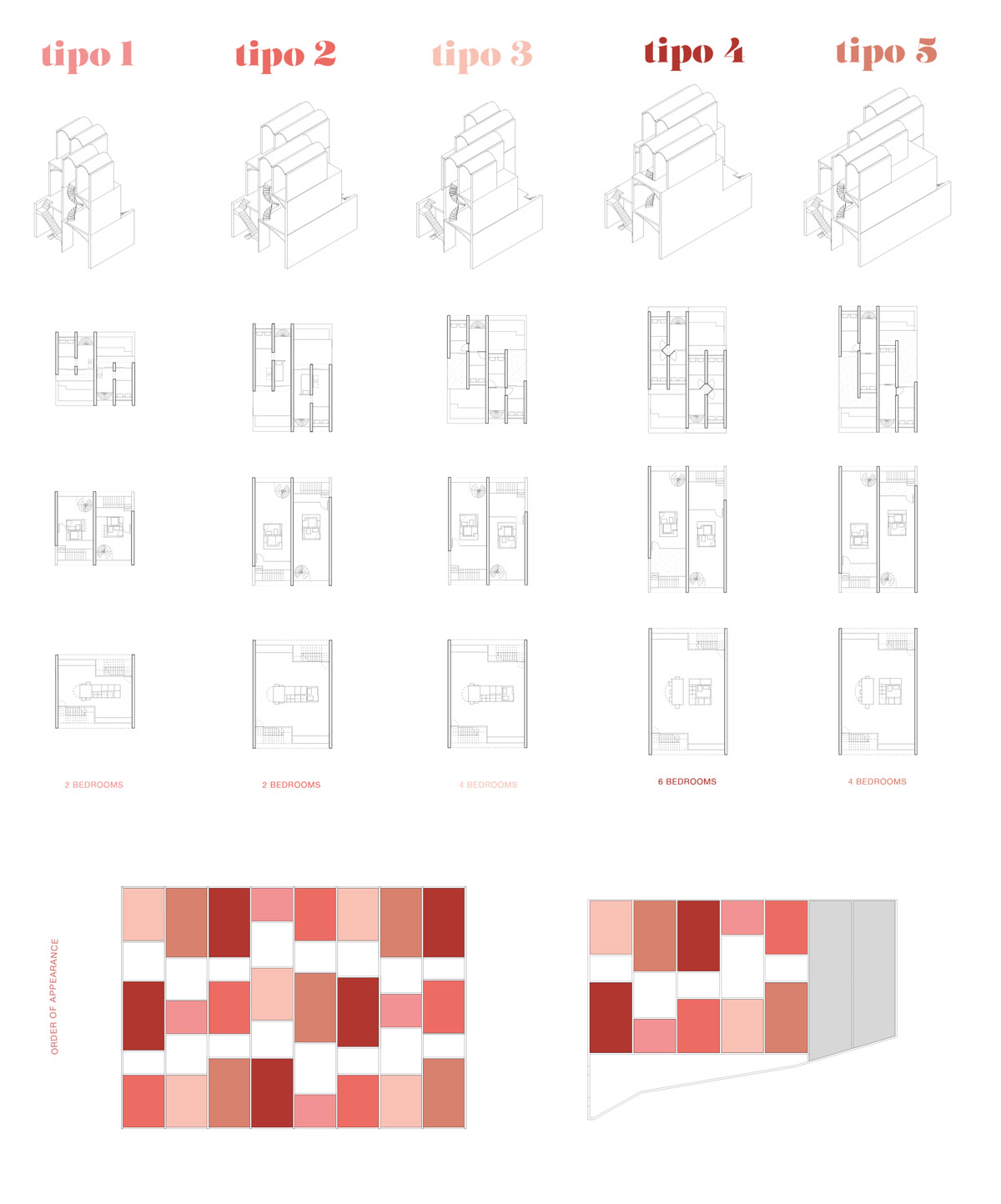 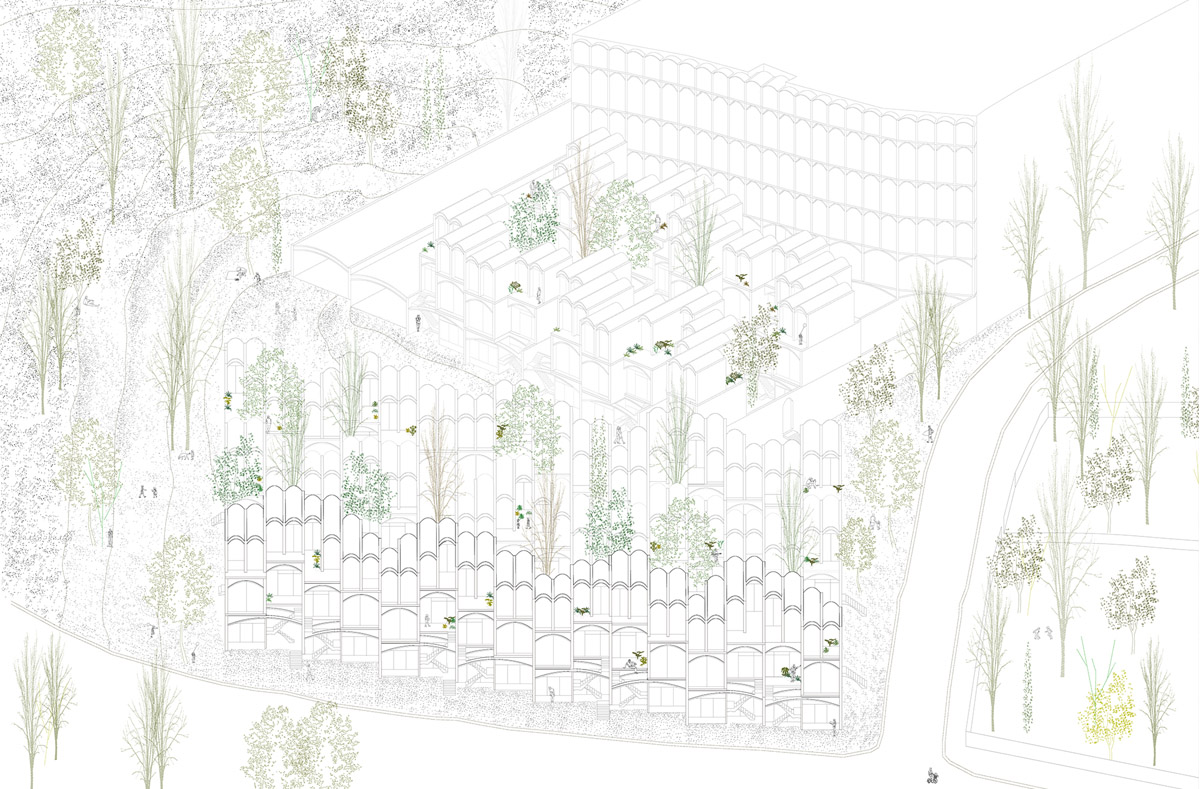 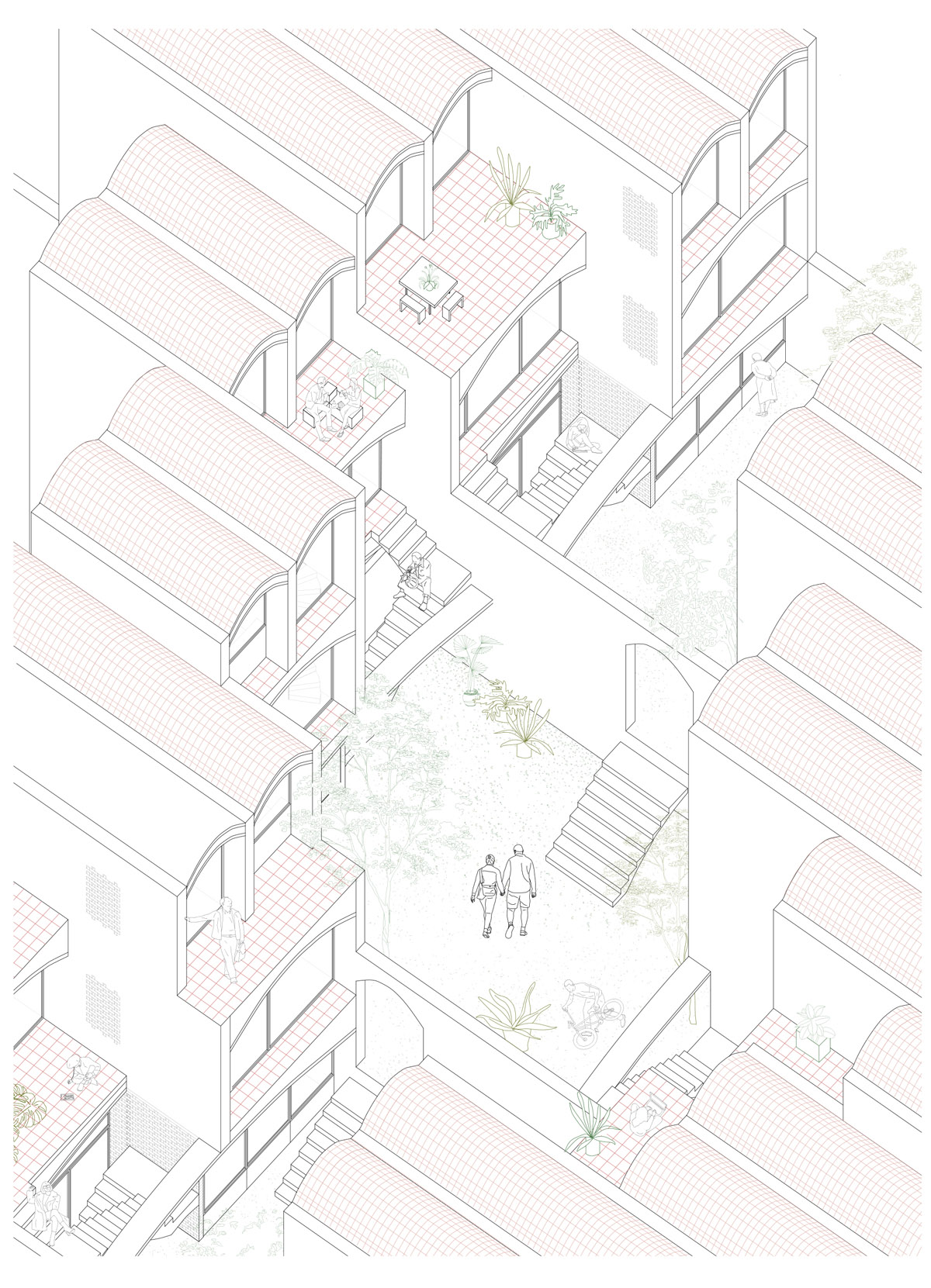 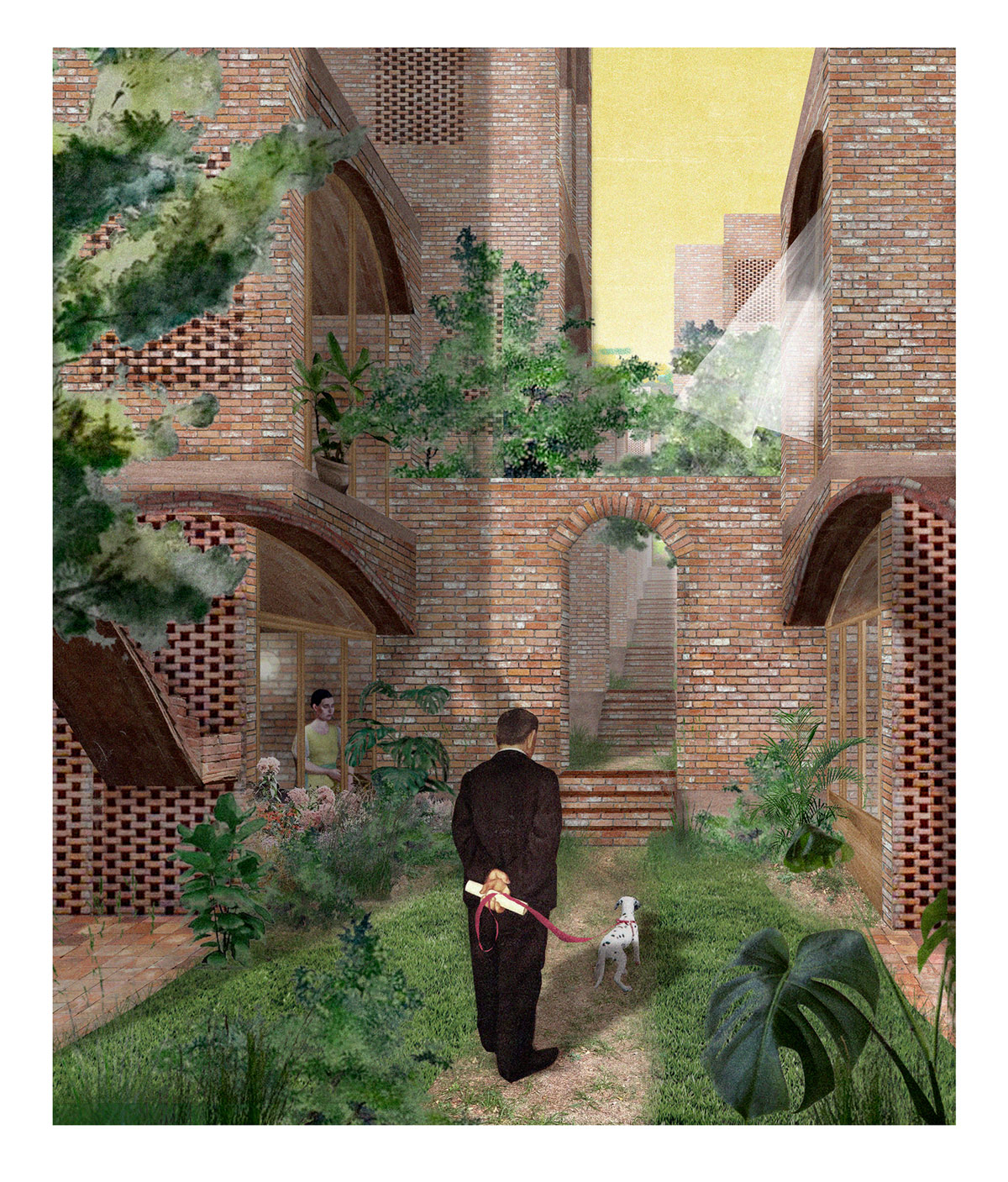 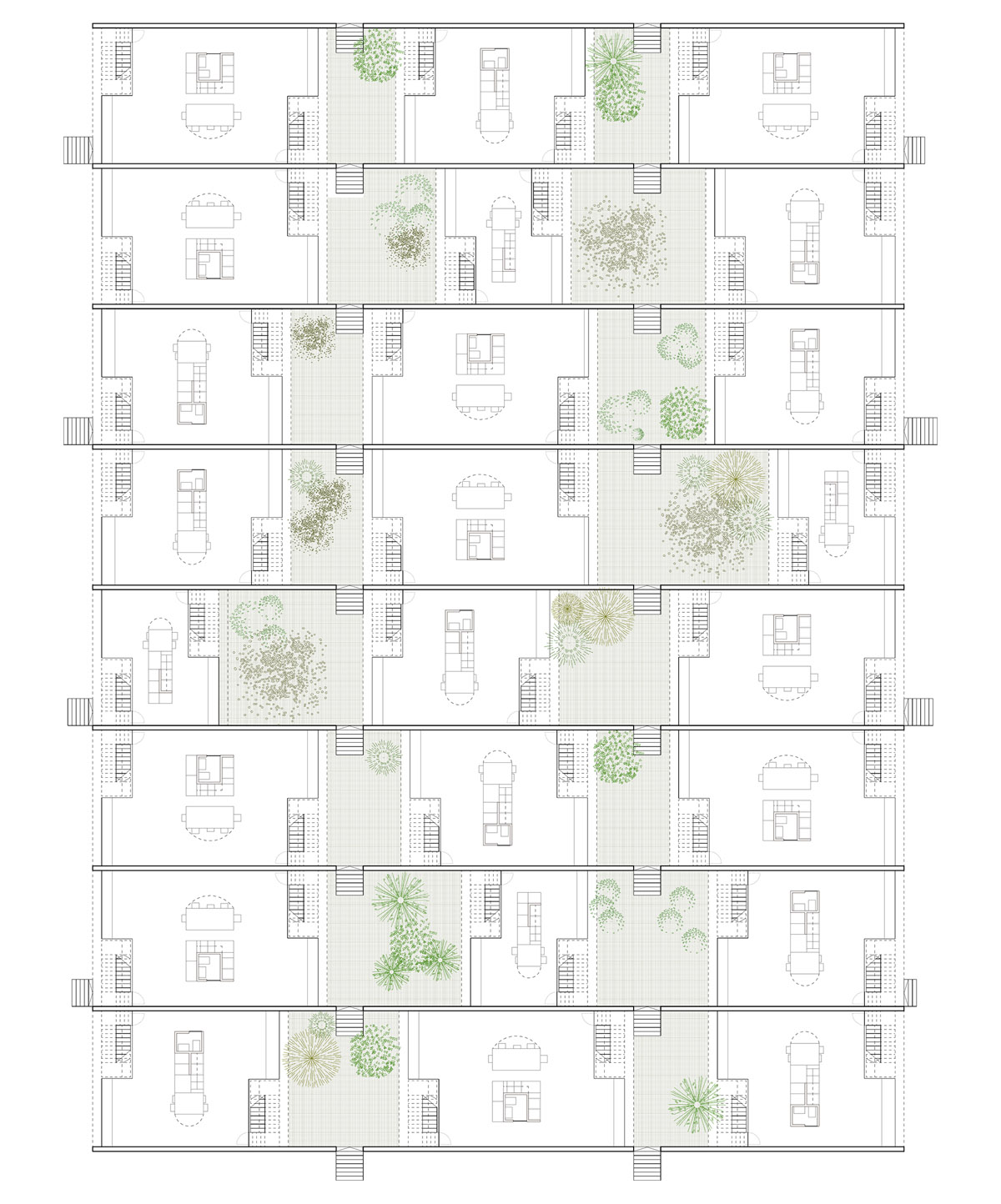 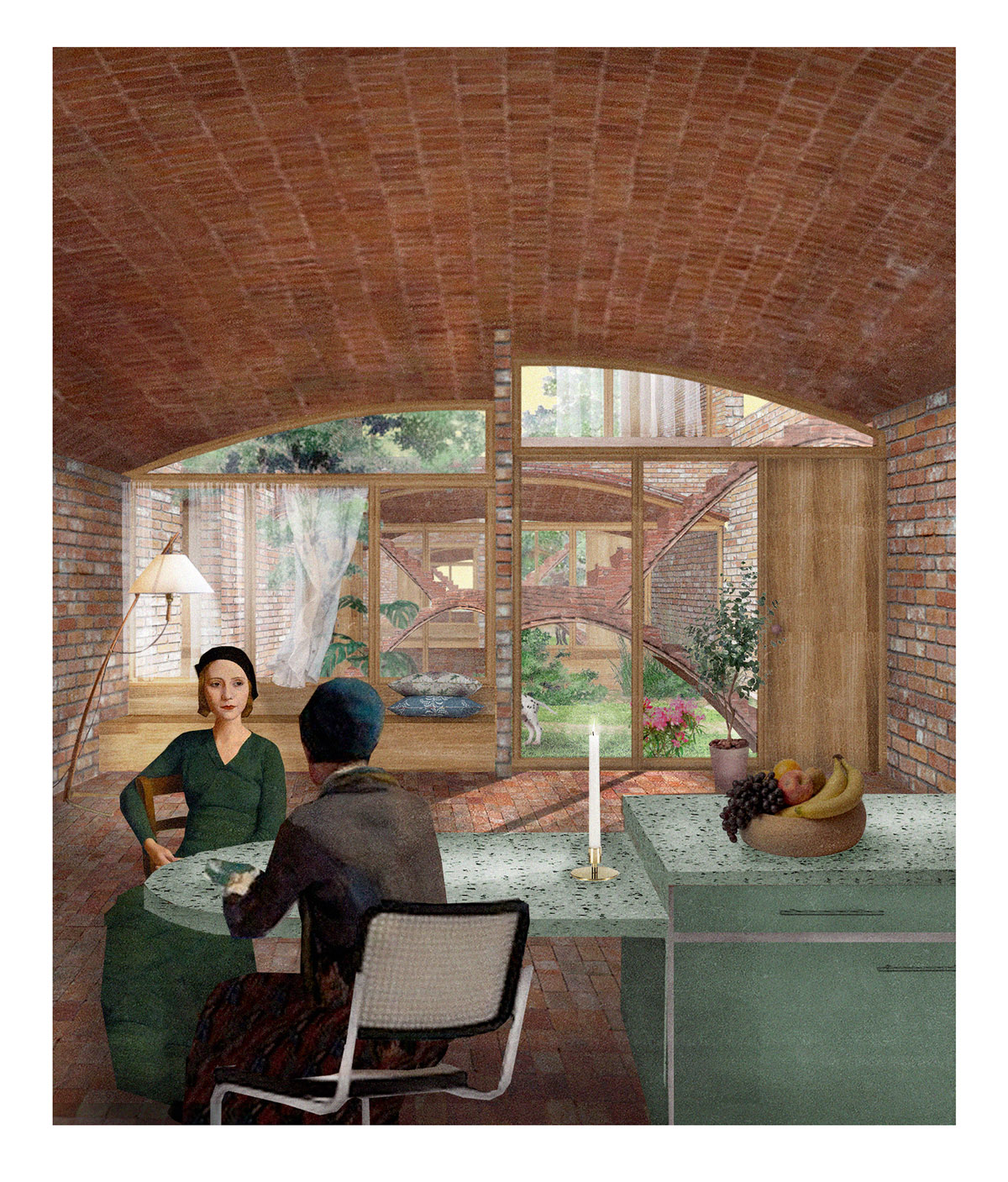 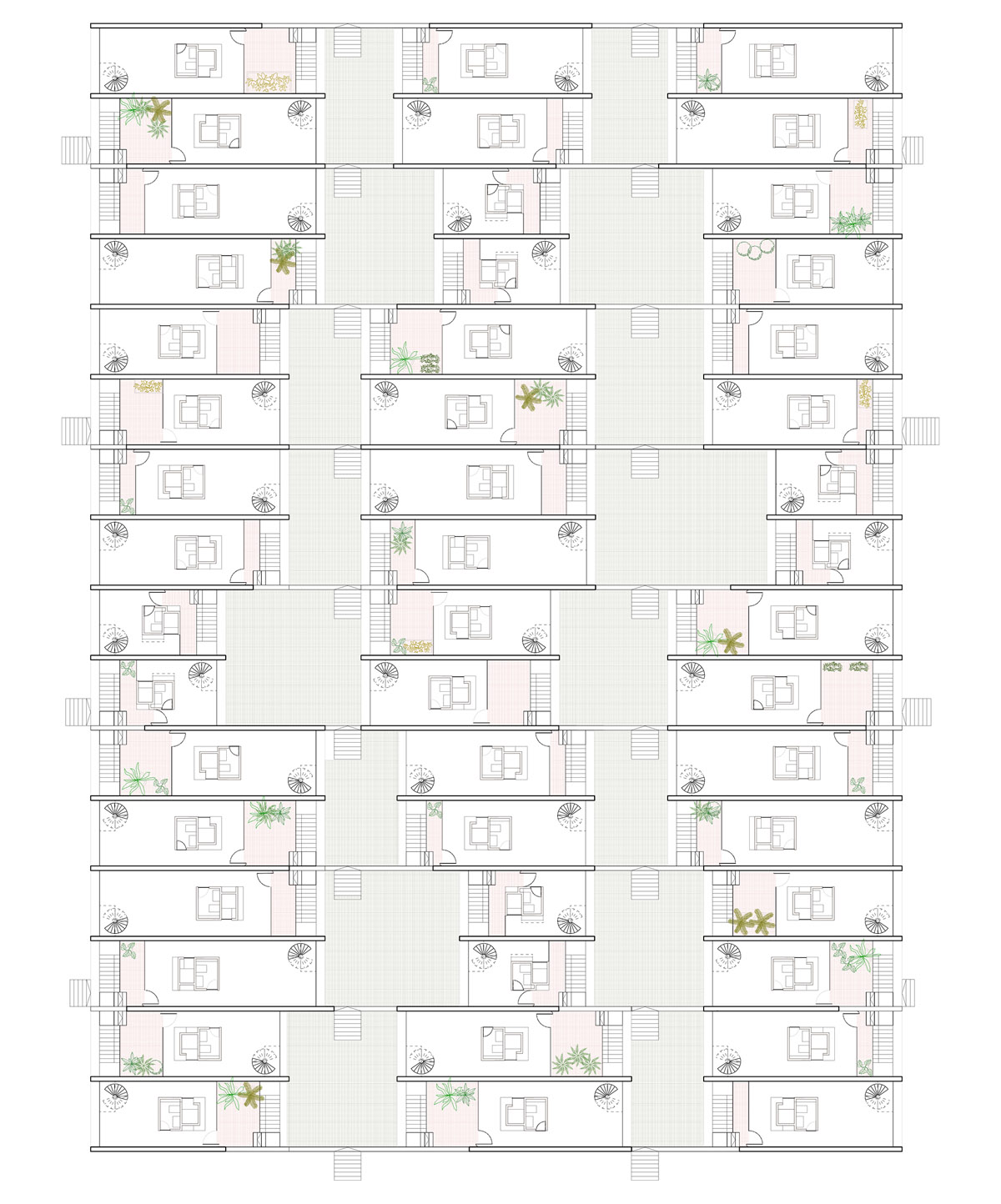 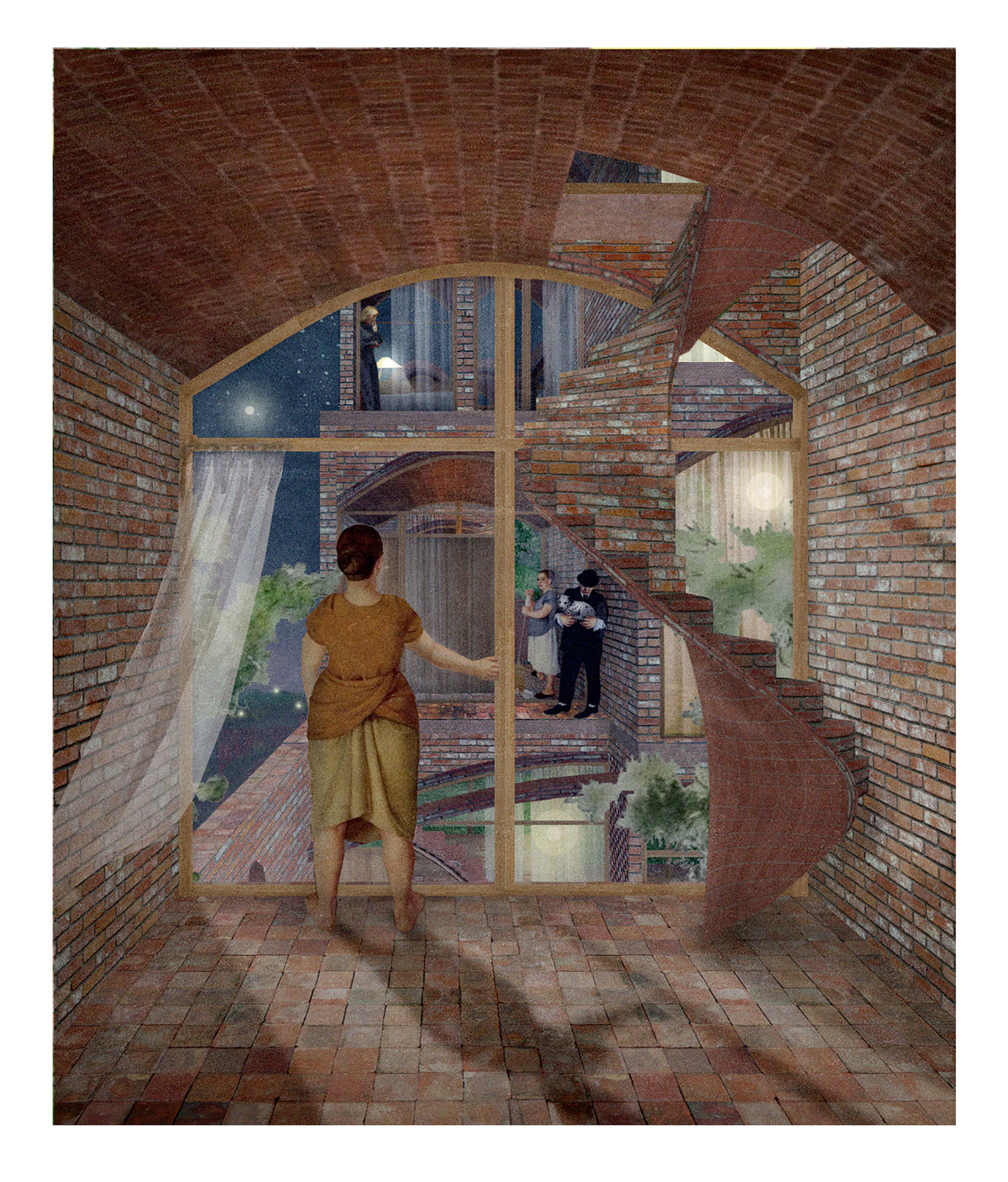 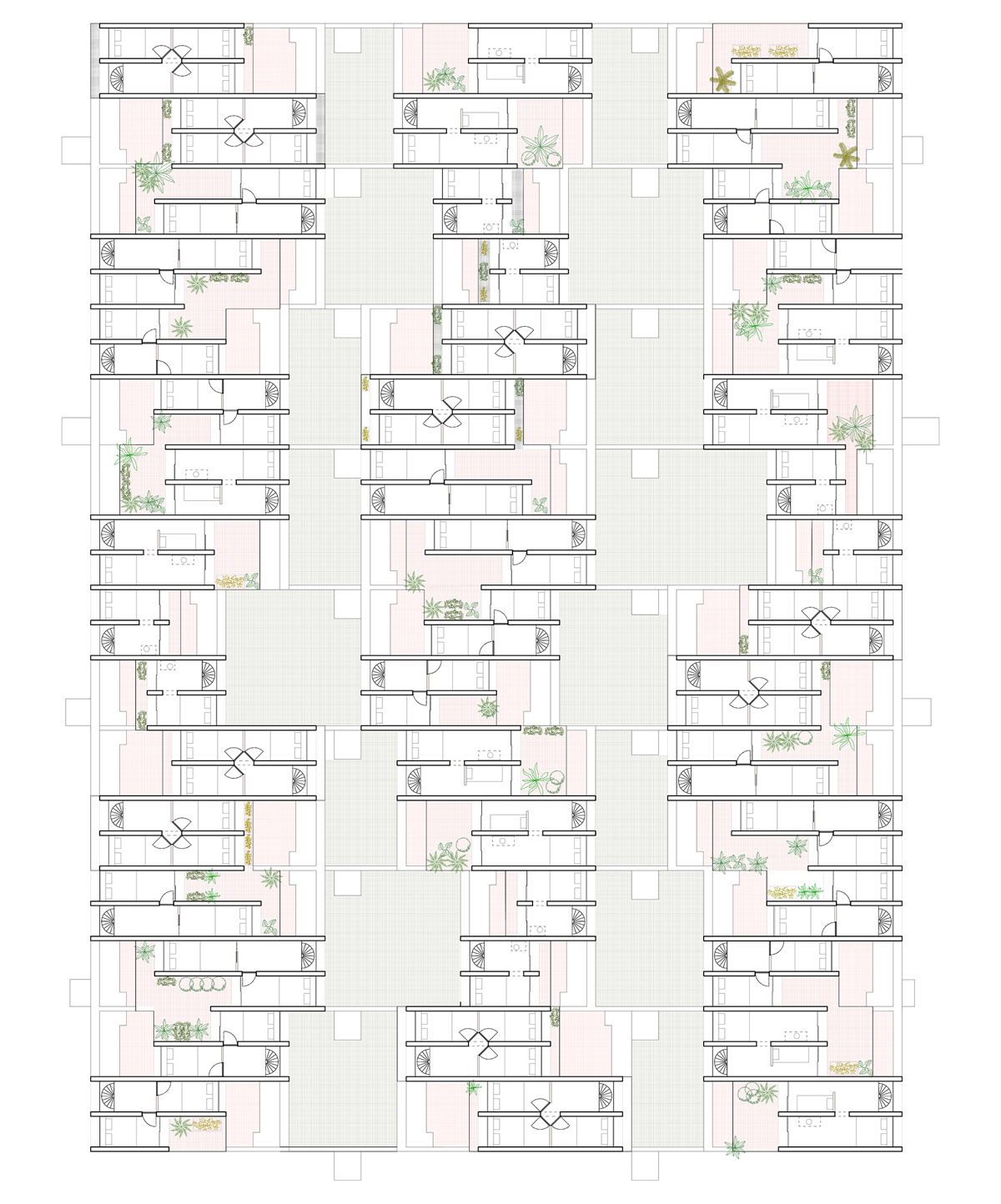 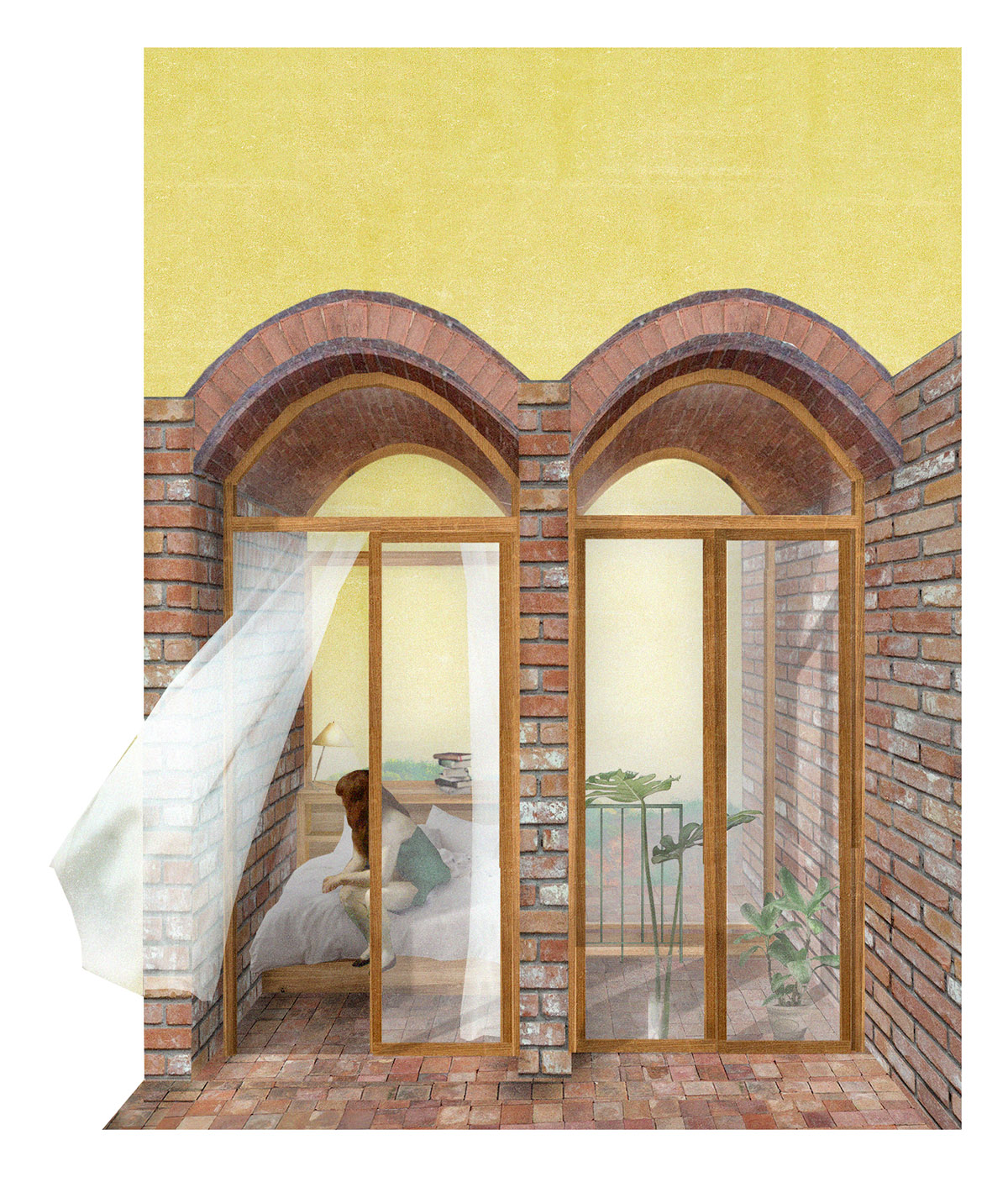 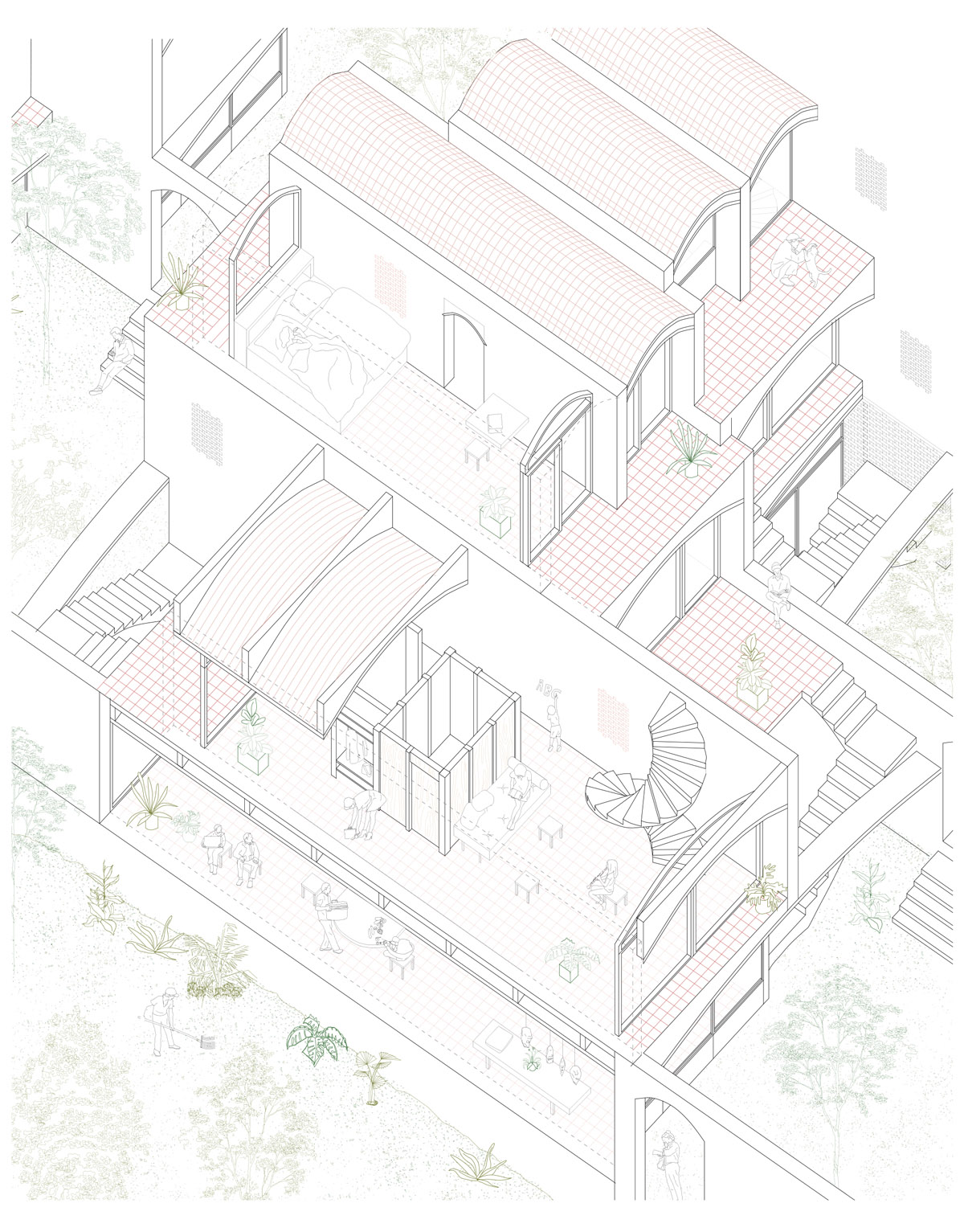 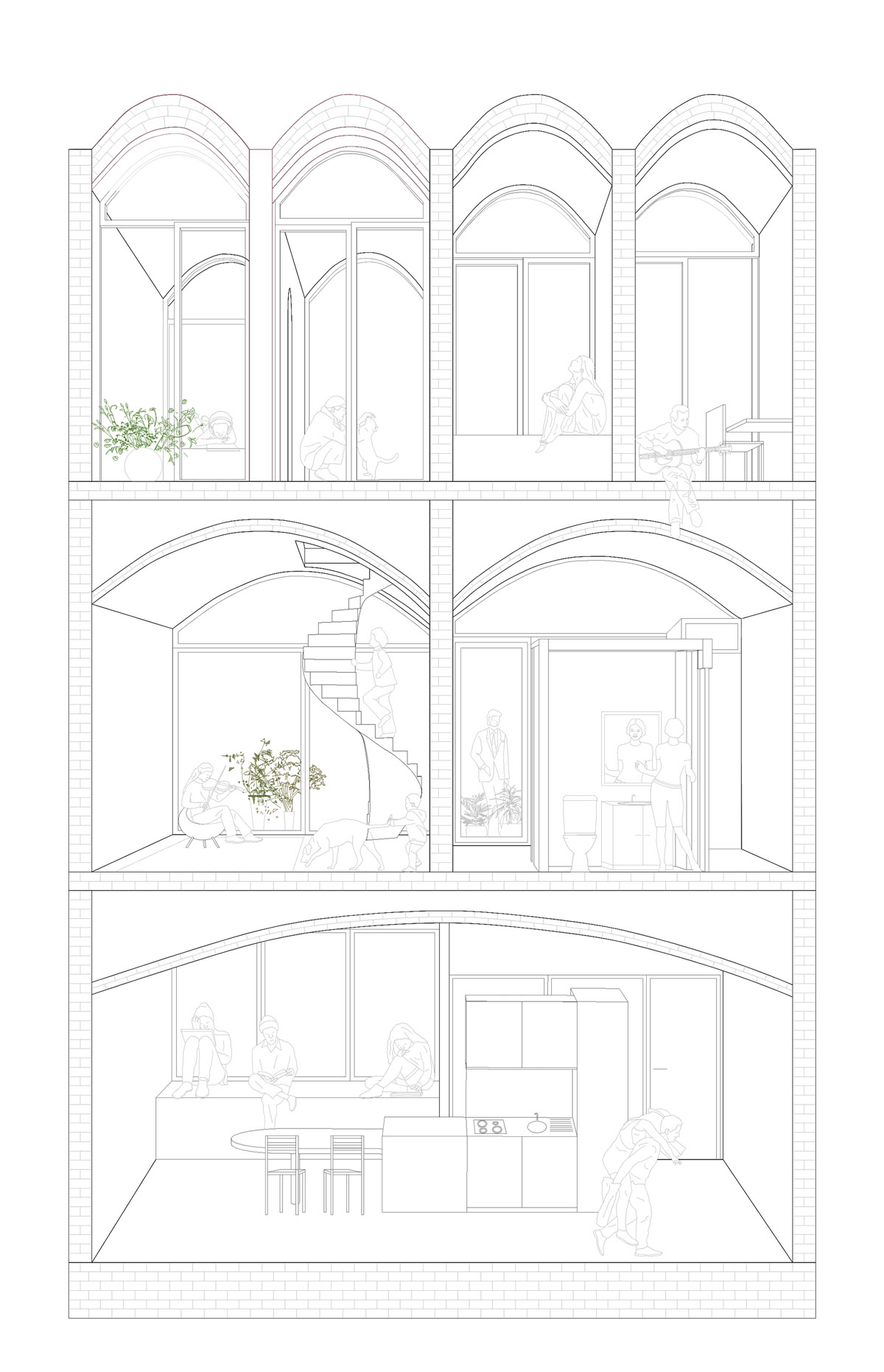 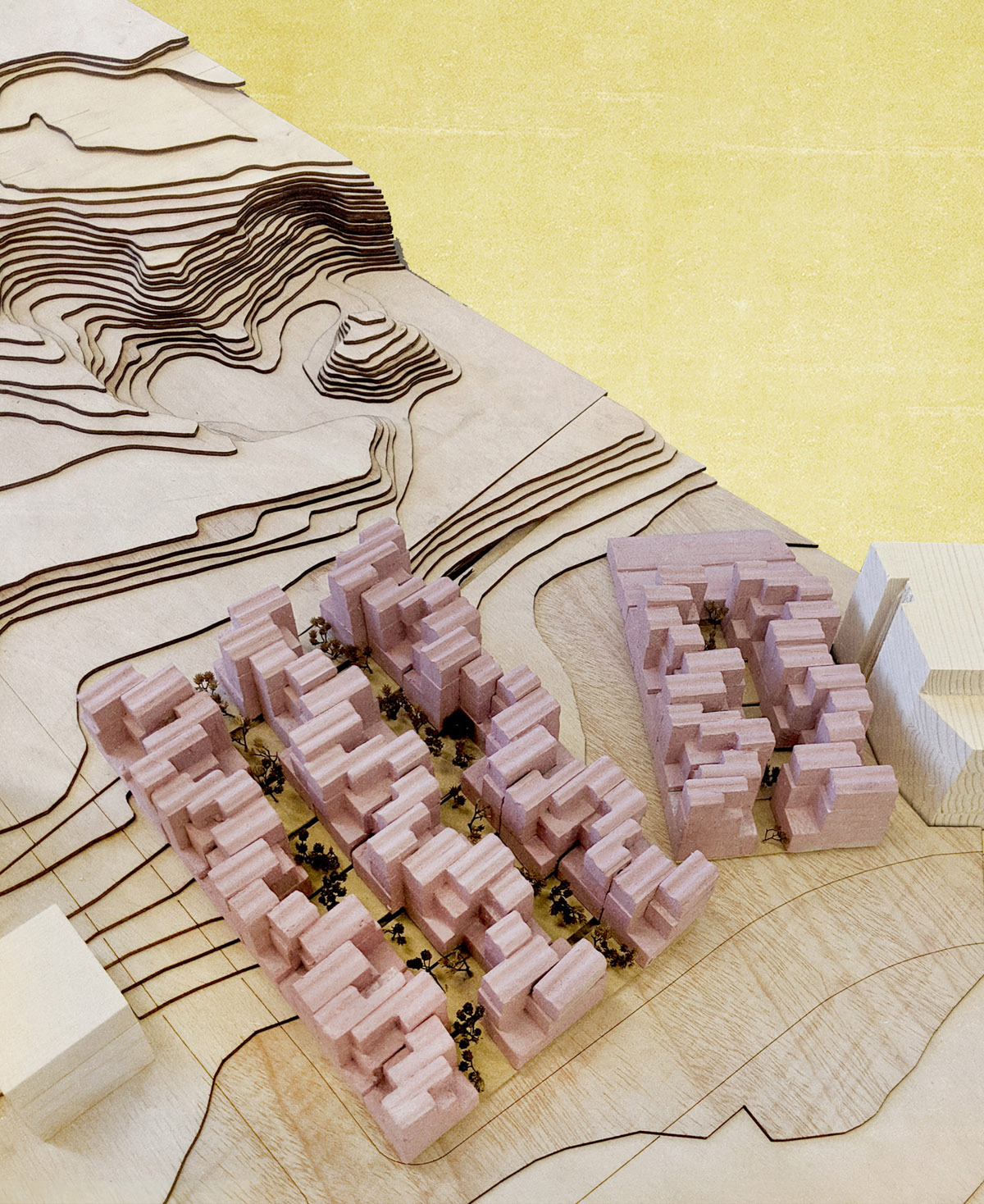 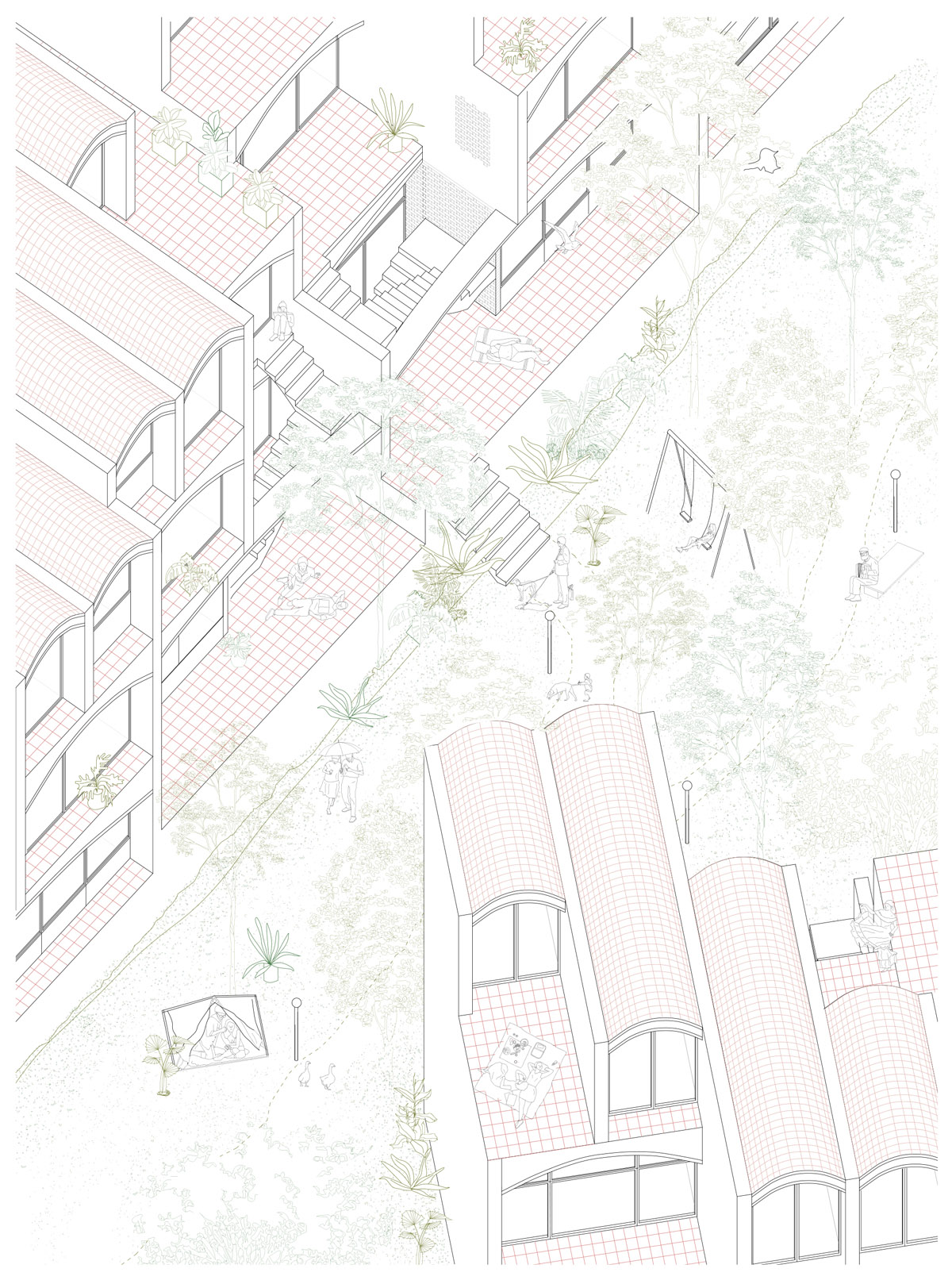 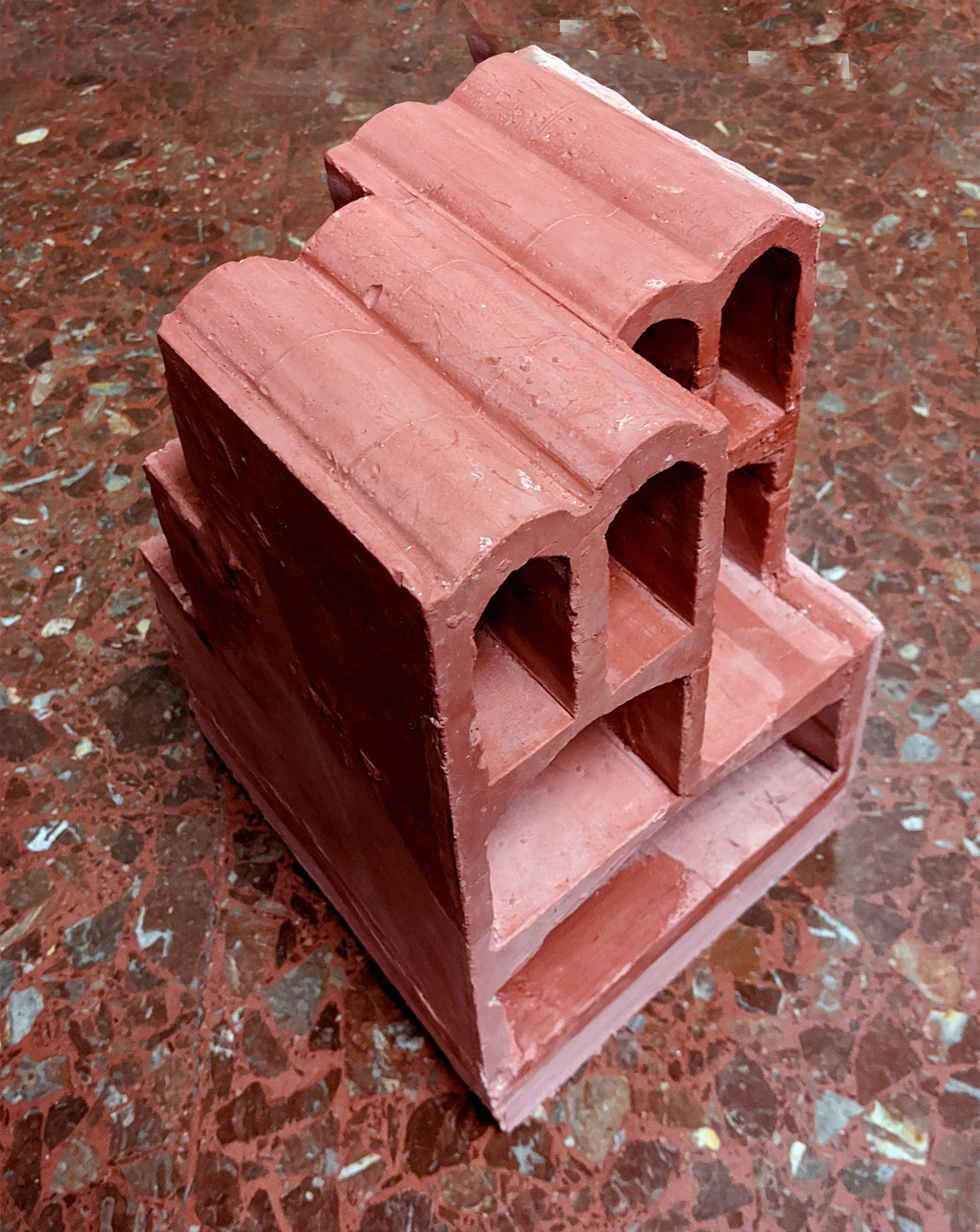 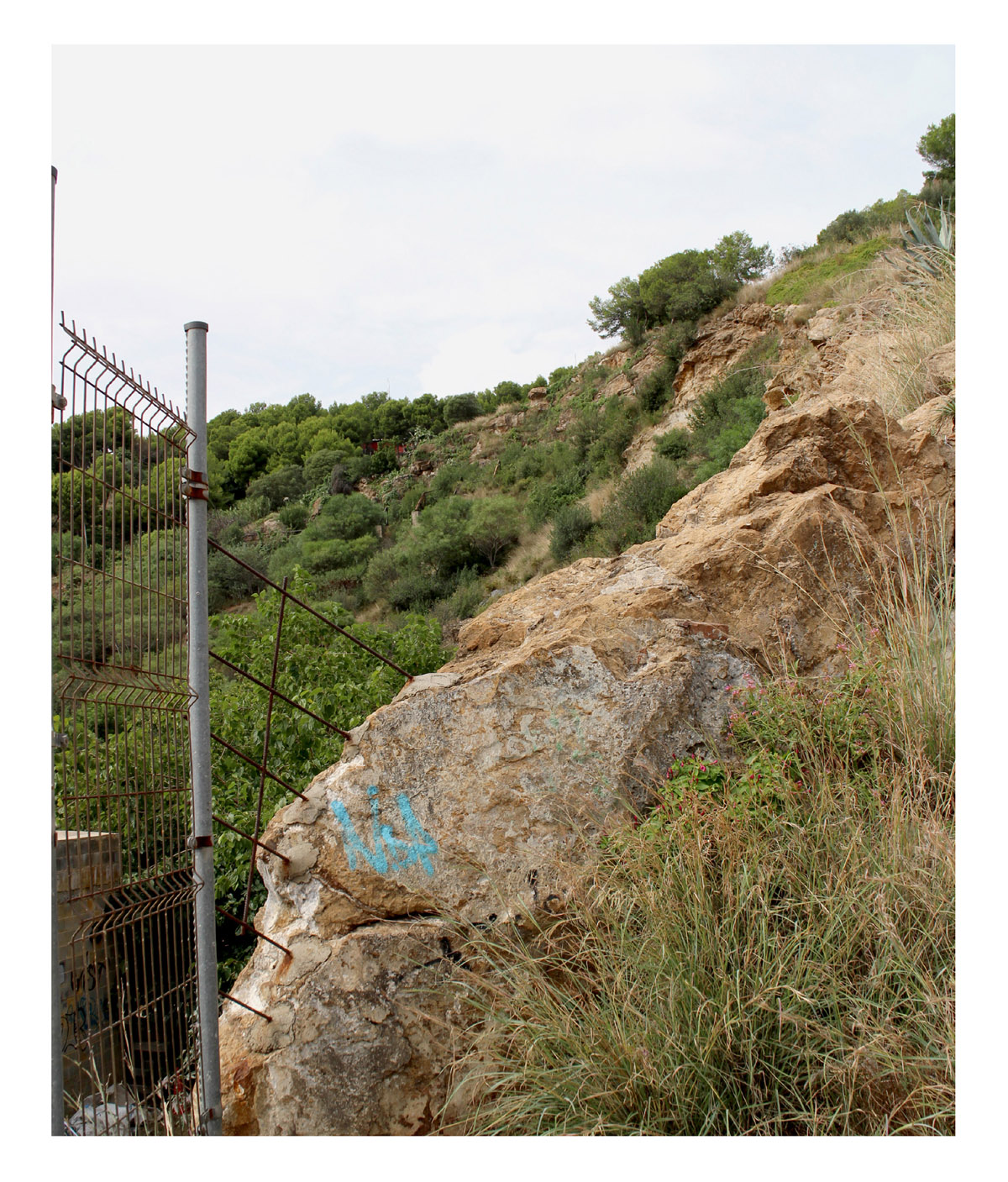 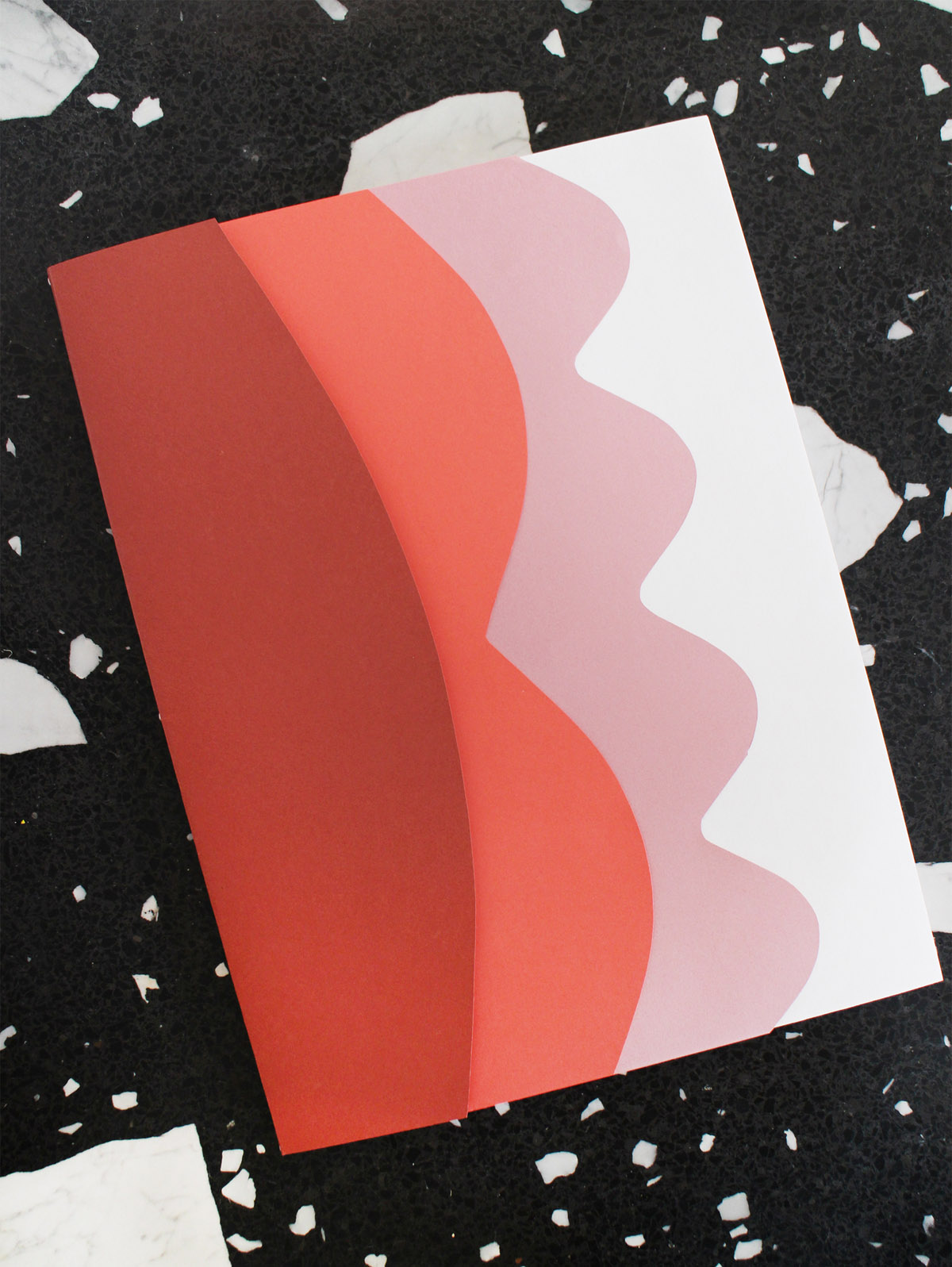