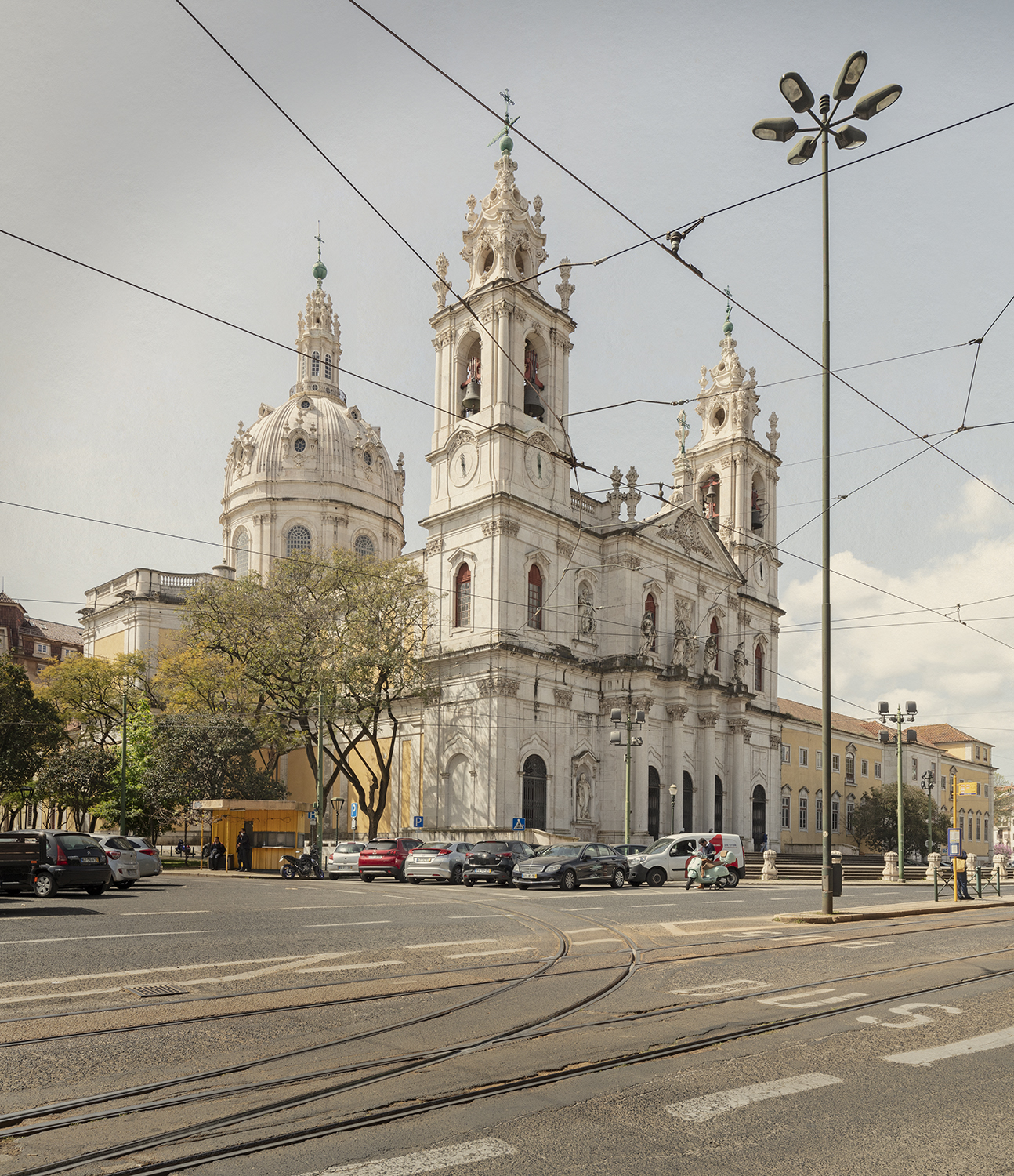 The new accessible path to the Estrela Basilica, is a chirurgic and silent intervention, deployed in an empty area contiguous to the temple. The project consists of a subtle topographic operation, built with blocks of stone, in the continuity of the Basilica’s monumental churchyard.
Estrela Basilica, considered National Monument, is the central piece of the former Convent of the Most Sacred Heart of Jesus. The set was planned in the late 18th Century order by the Queen Mary the 1st. Mateus Vicente de Oliveira and Reinaldo Manuel, in different times, were the architects, from the school of Mafra, that were in charge of this ambitious intervention.
Following a late baroque style, the project of the building foresaw a symmetric composition. In the initial plans, the Basilica, with its dome and the double steeple towers, would occupy a relief place. A royal square with the statue of the Queen was also planned to be built in front of the Basilica, aiming at reinforcing its monumentality. The peninsular war and then the liberal fights, imposed the construction interruption. The north wing of convent and square were never built. Instead of it, an exotic garden occupied those areas.
The new intervention takes advantage of the incomplete status of the building, promoting a plateau, built with blocks of lioz stone, the same material used in the monument. The big tipuana tipu trees, that featured the place, were integrated in the project. The trunks of those majestic trees suggest a colonnade that follow the new promenade architectural. A long bench limited the new accessible path, inviting people to a contemplative moment in this romantic garden, plenty of species brought form former Portuguese colonies of Africa and Brazil. 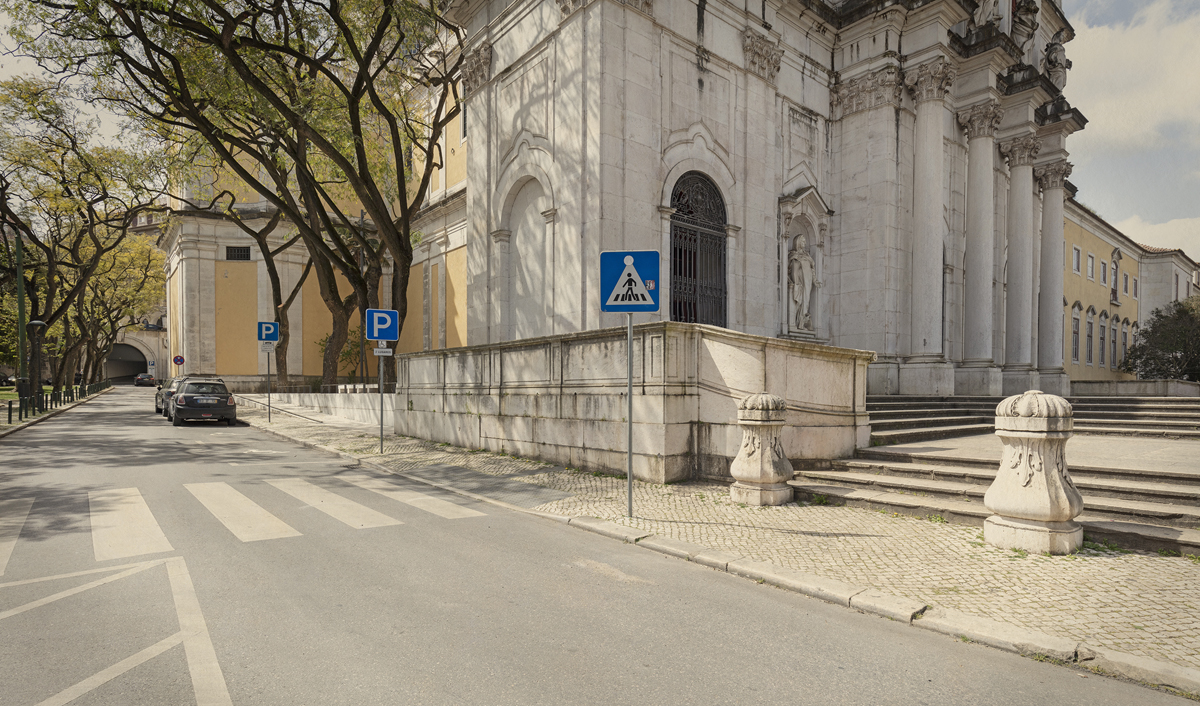 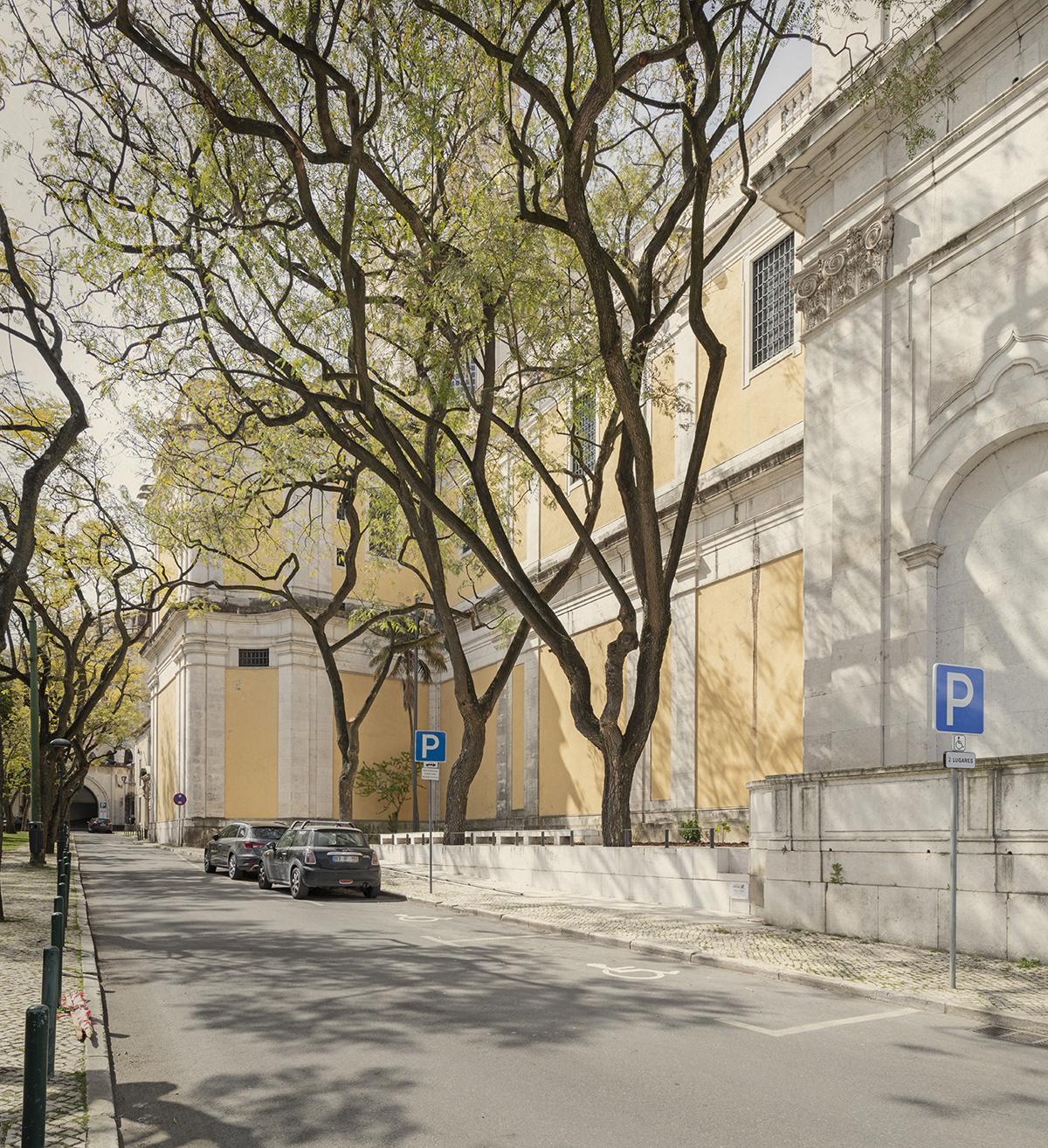 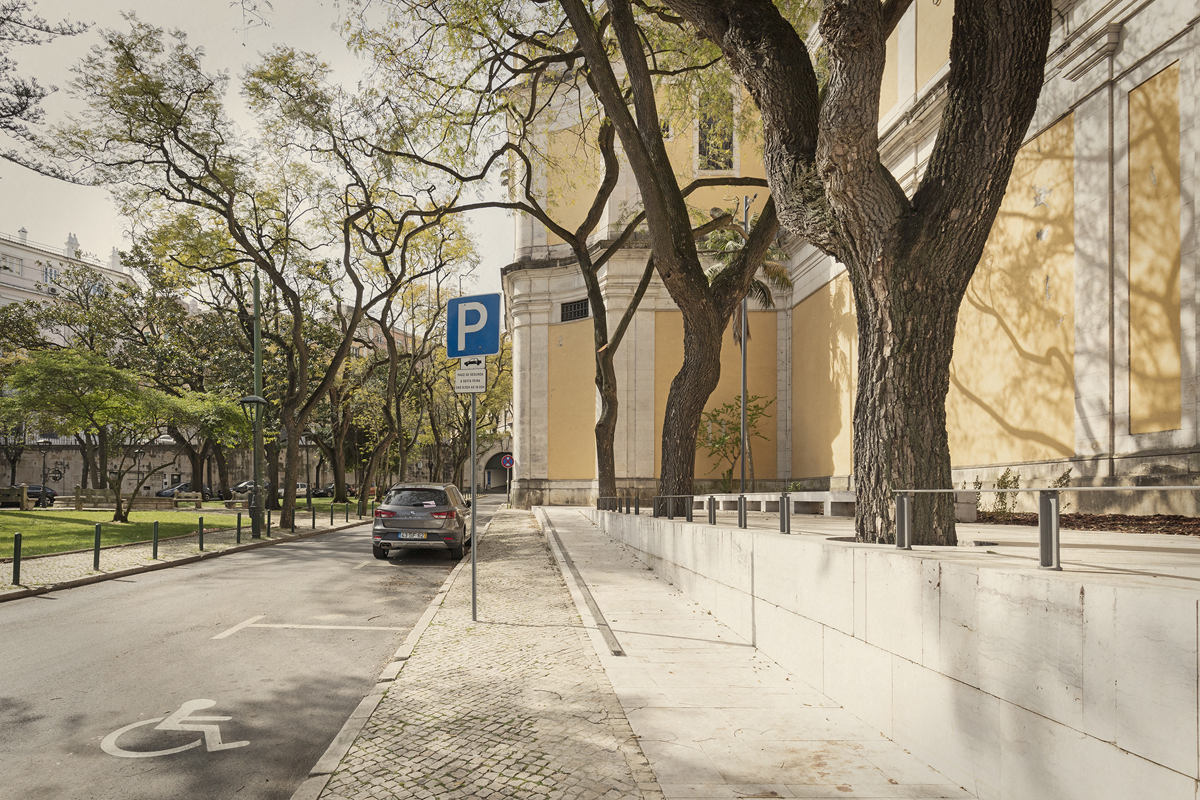 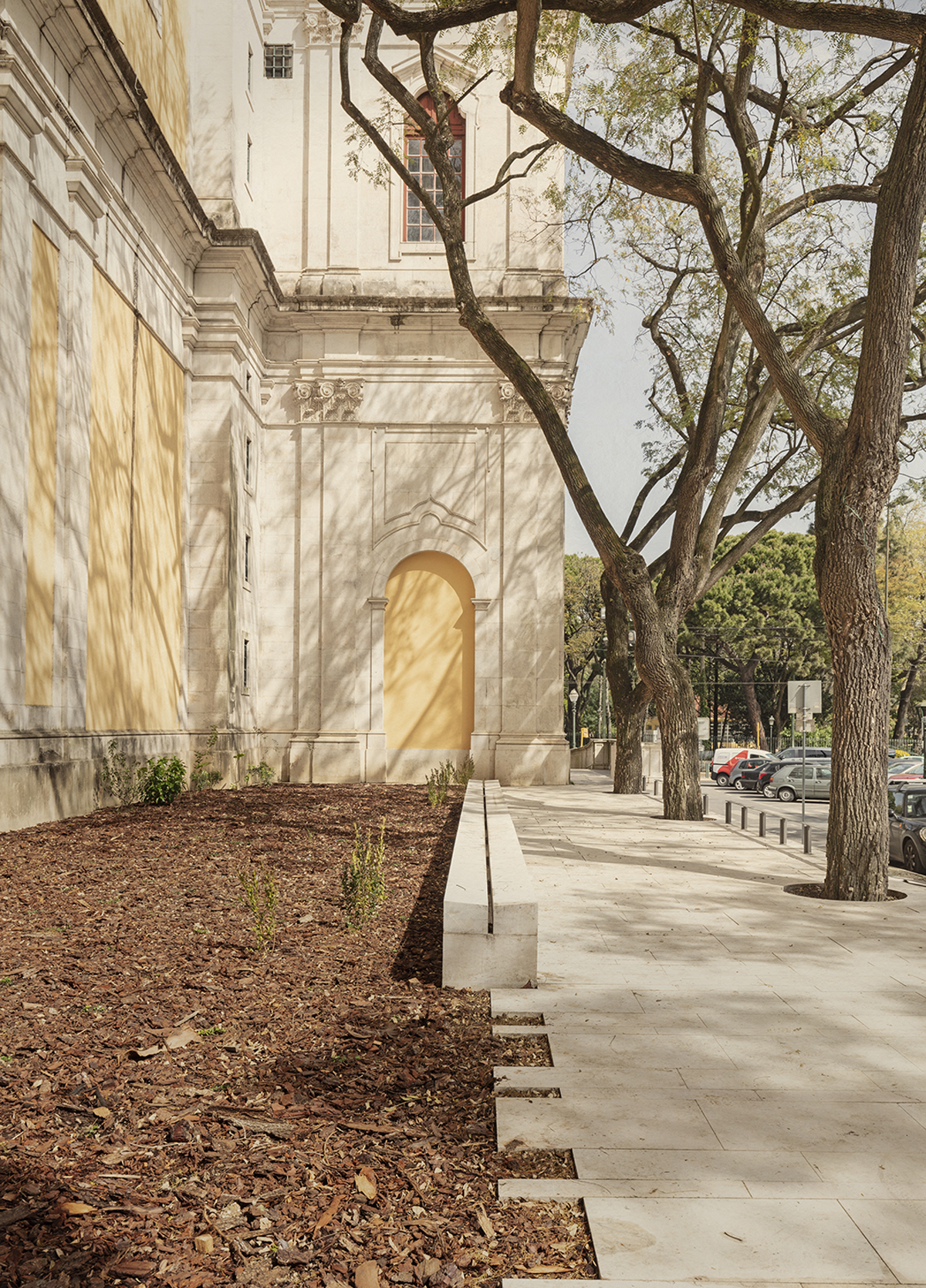 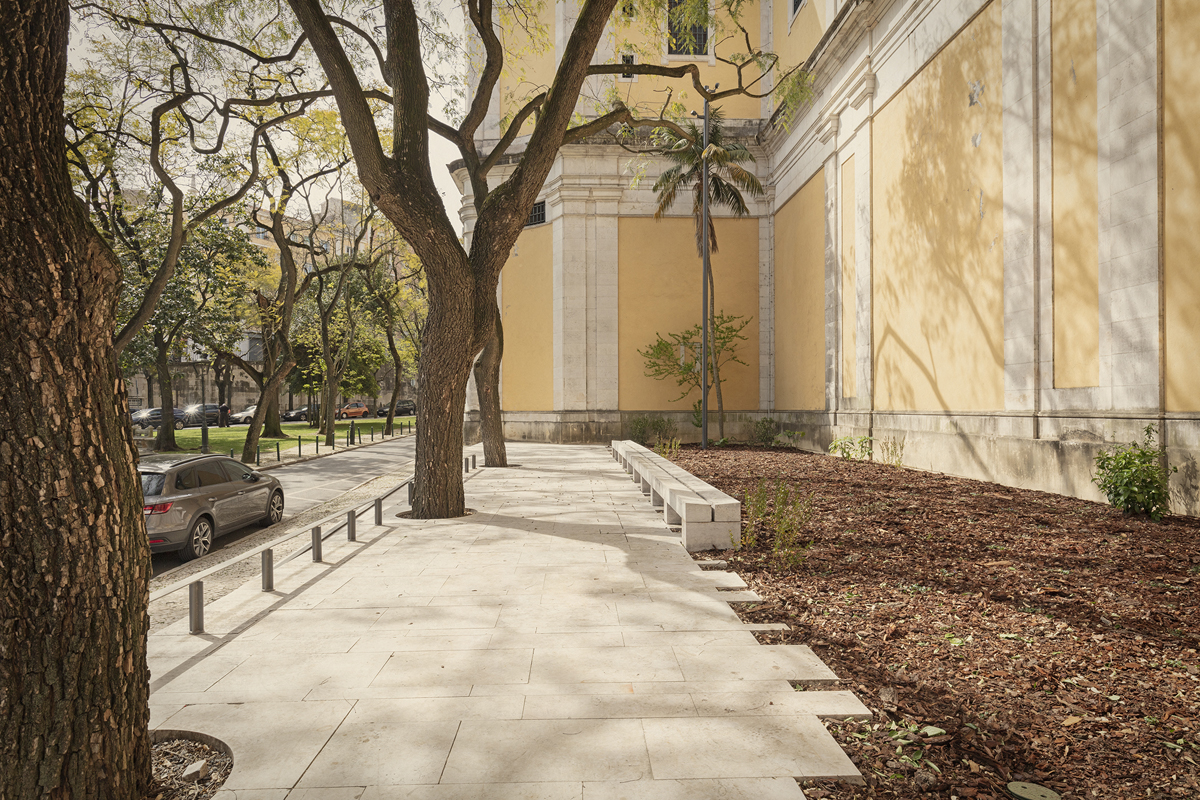 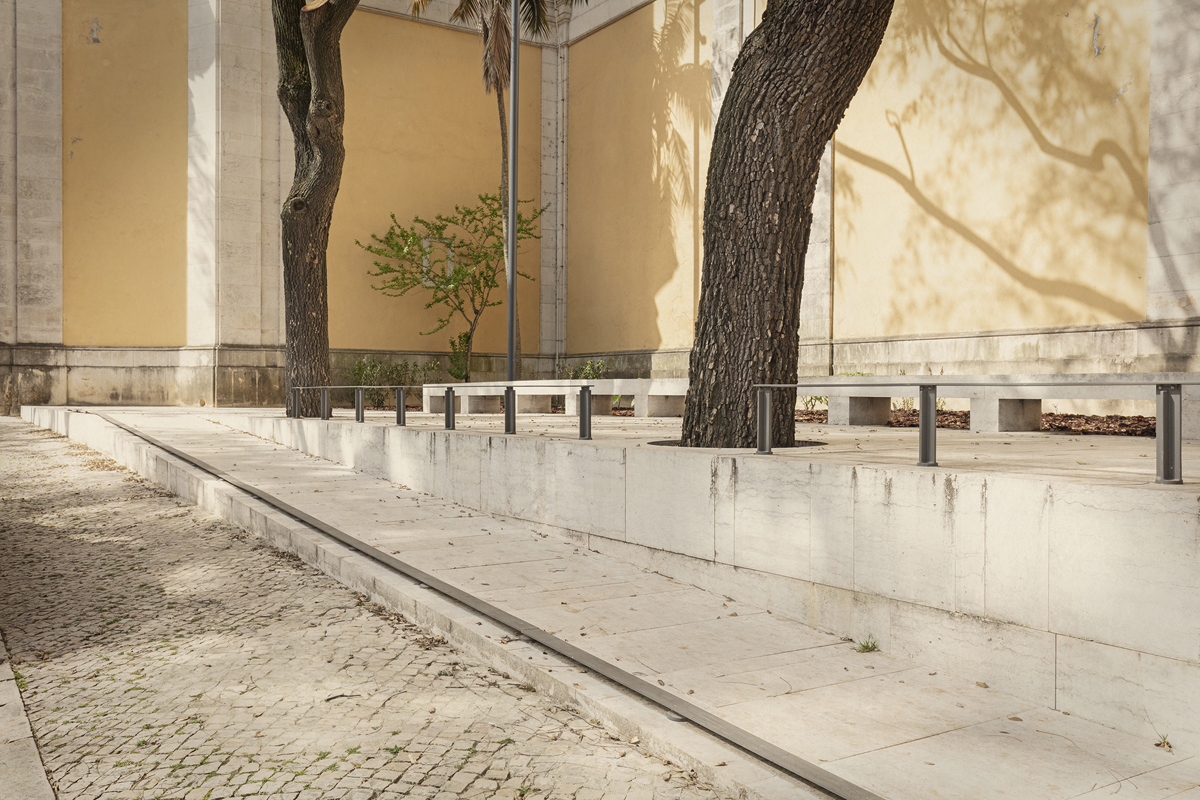 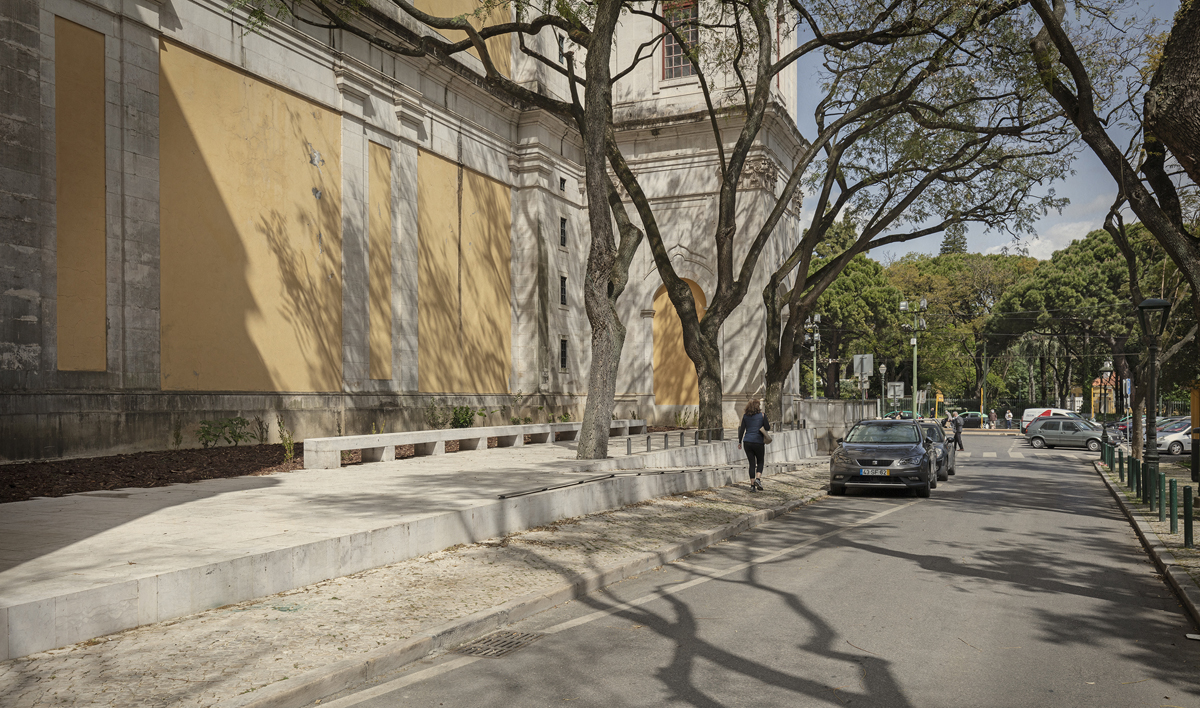 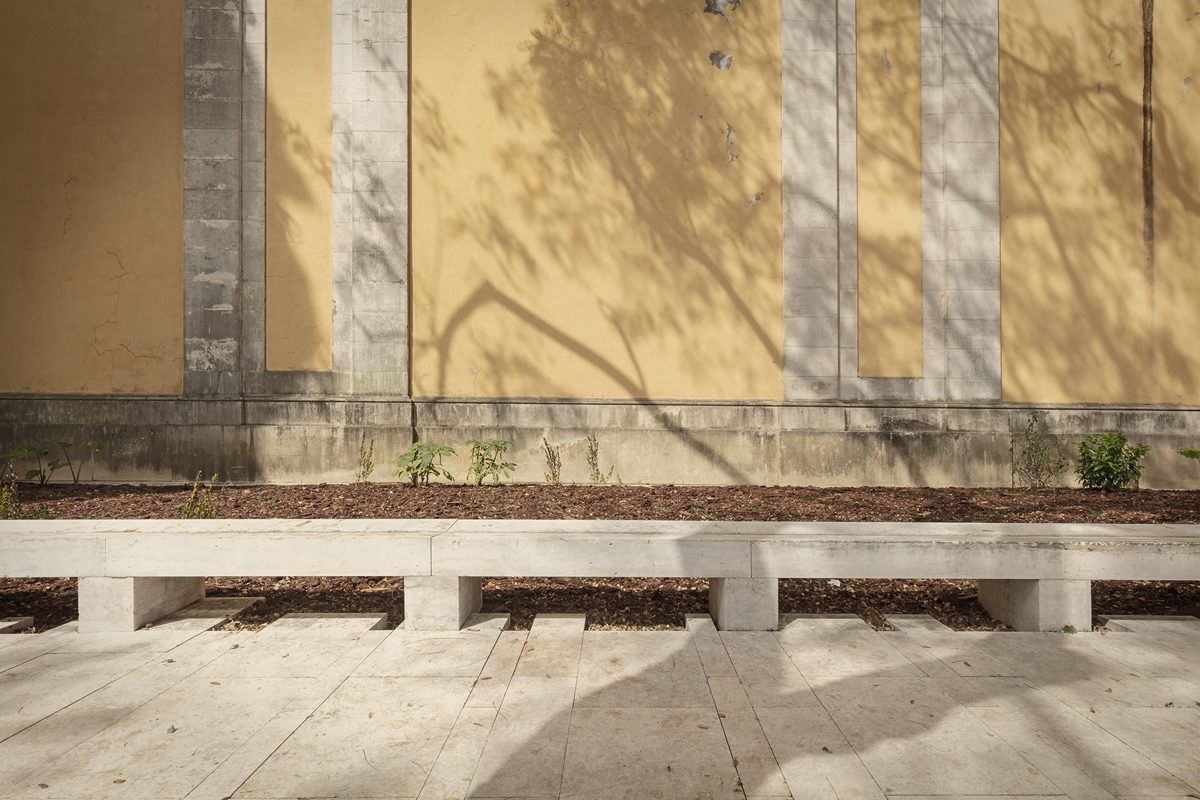 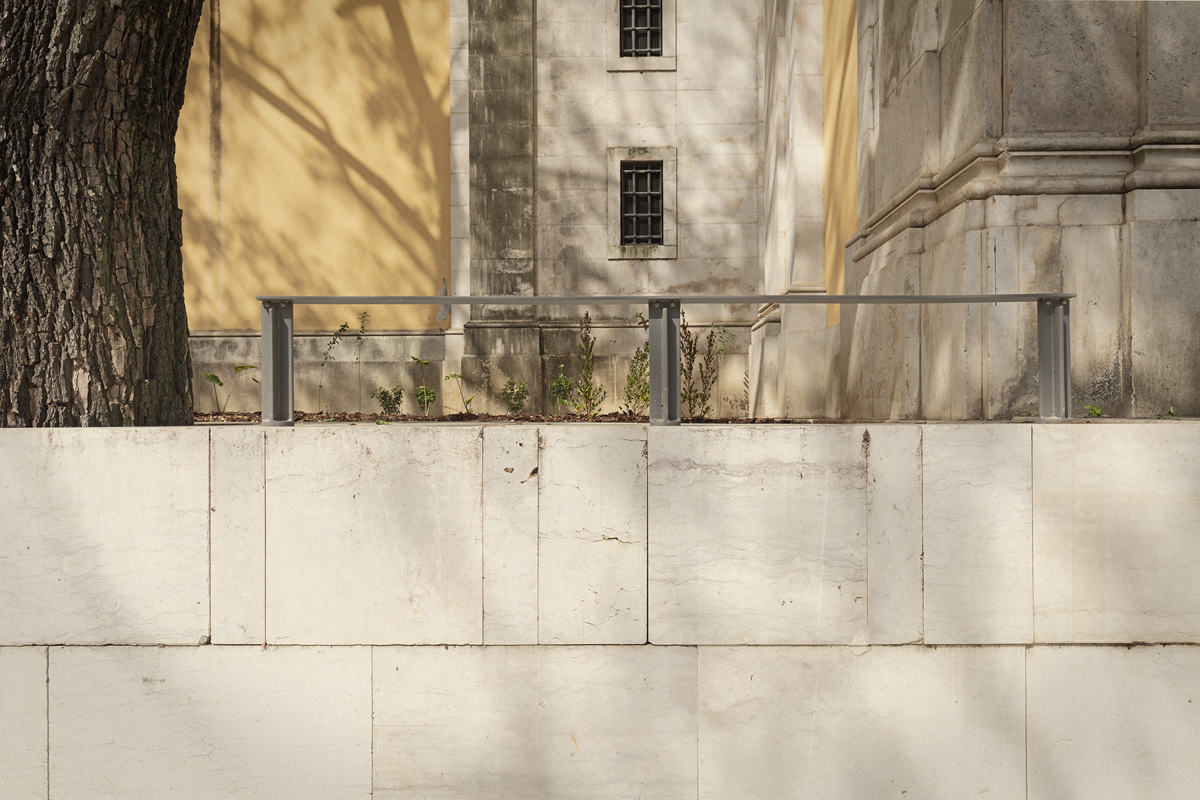 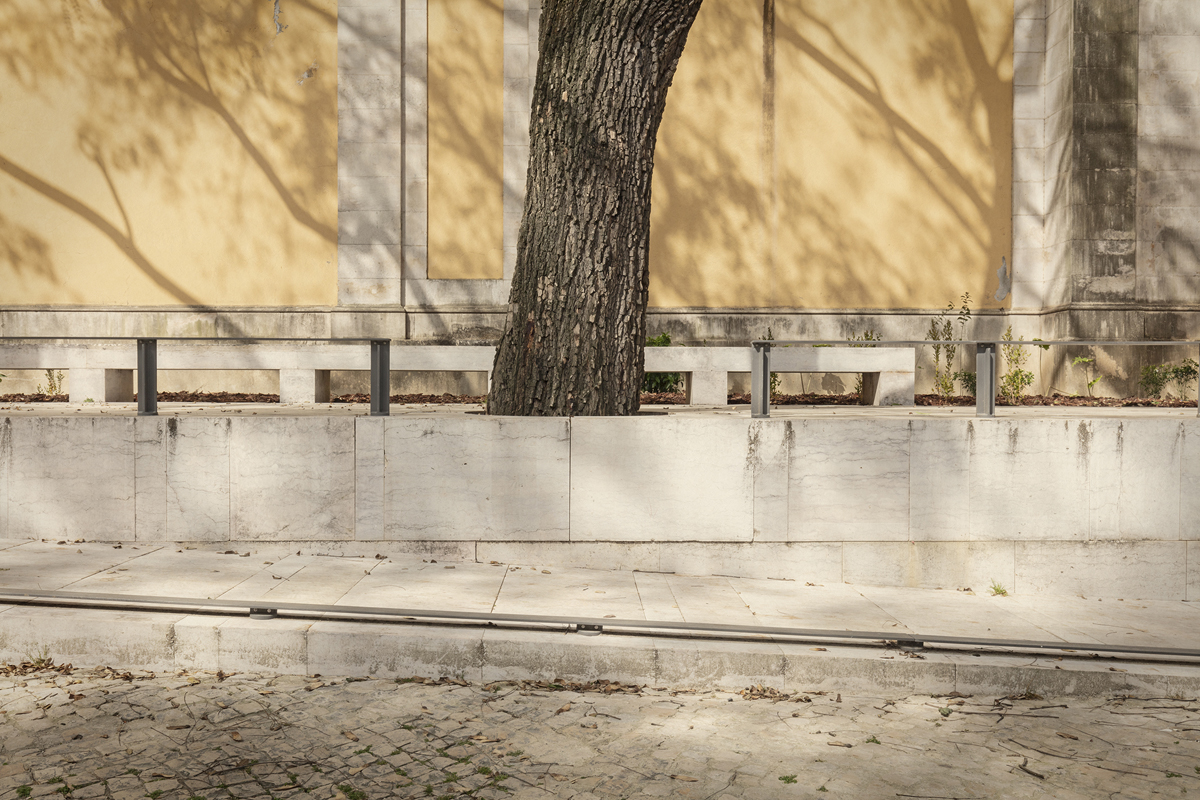 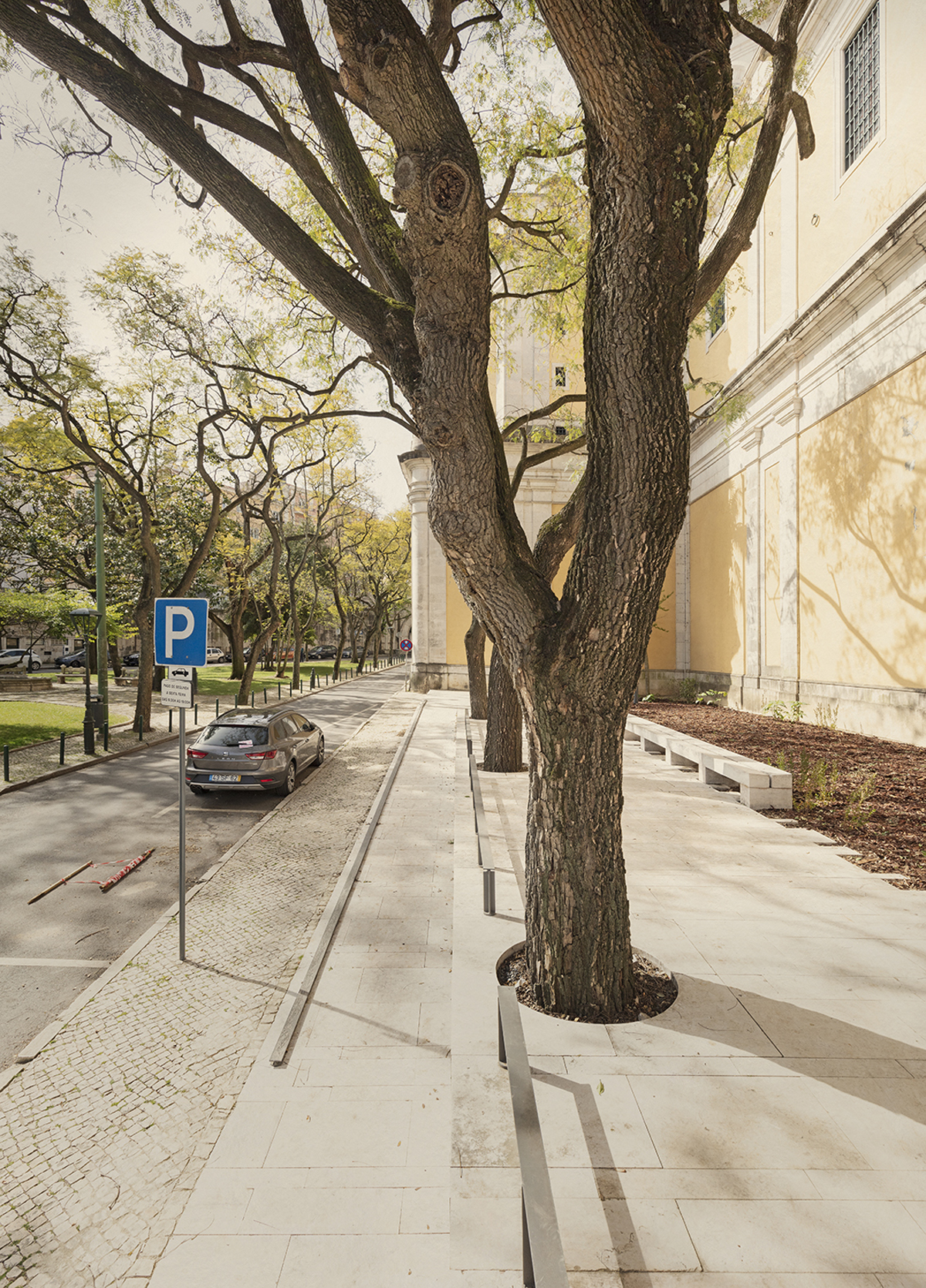 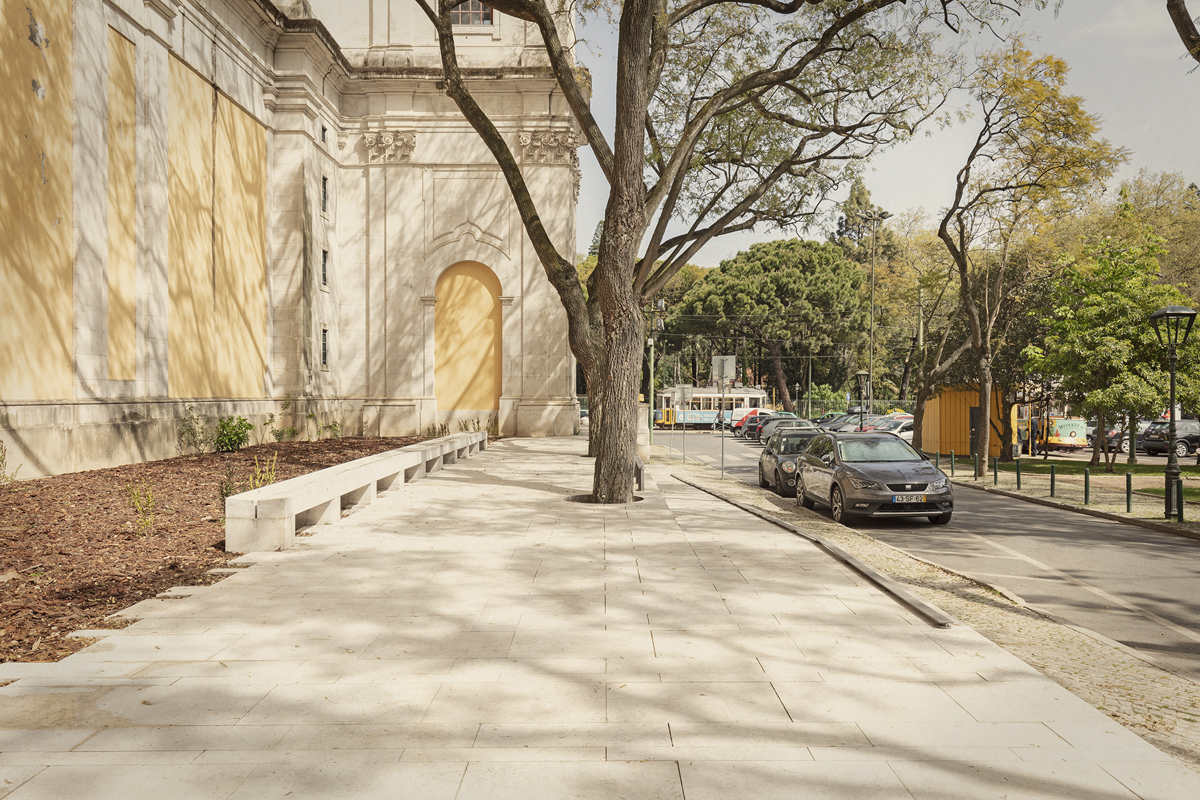 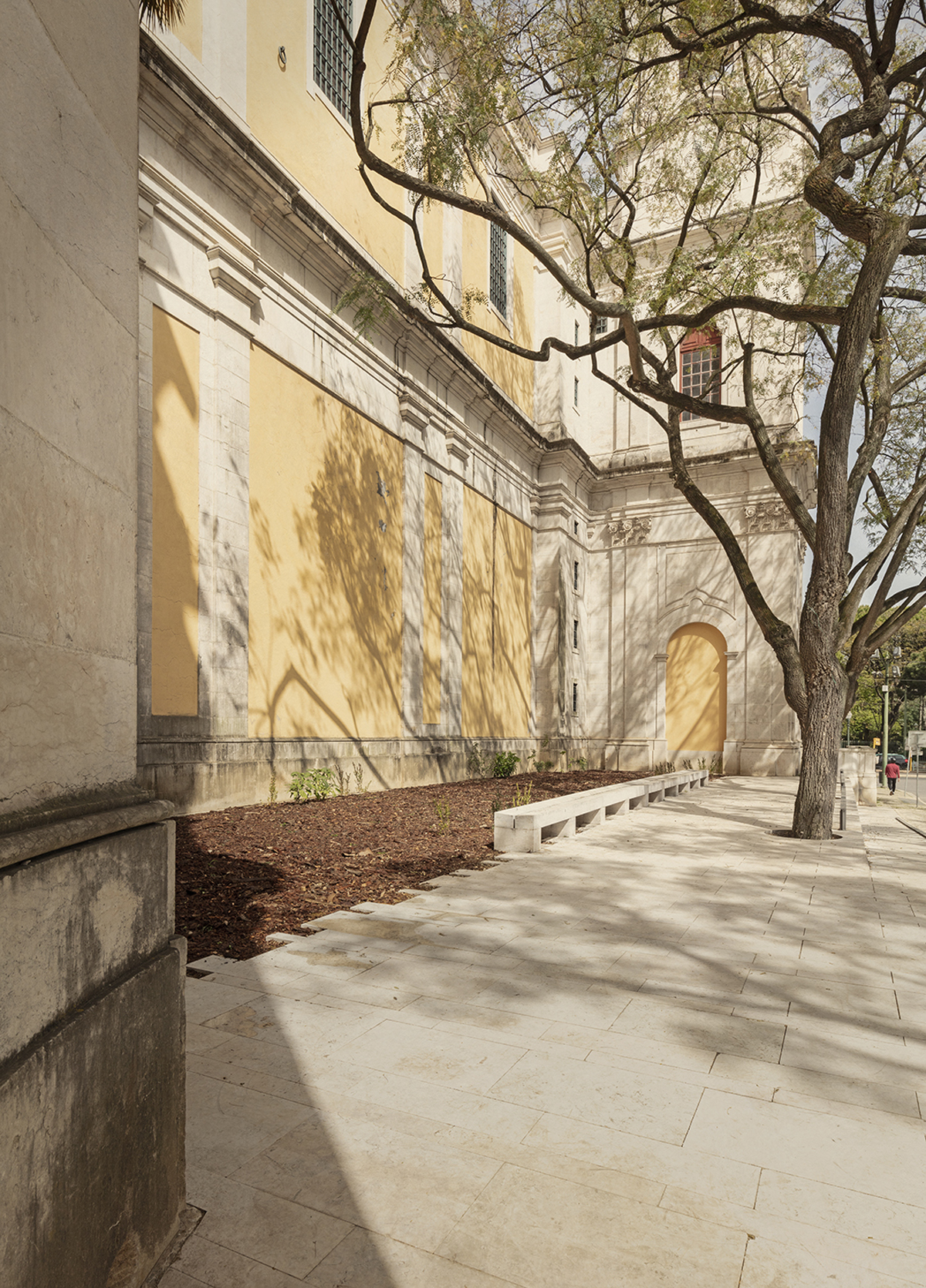 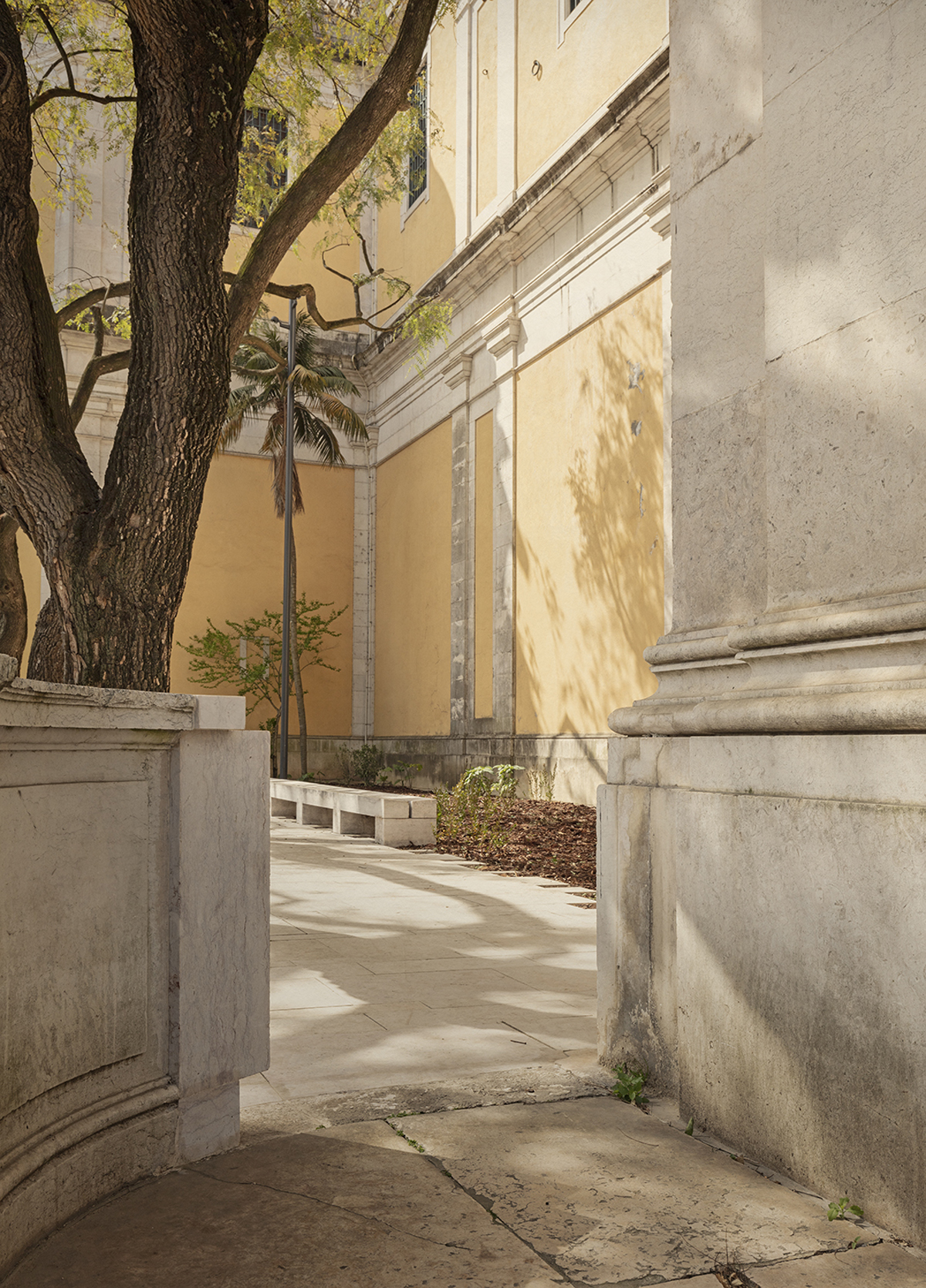 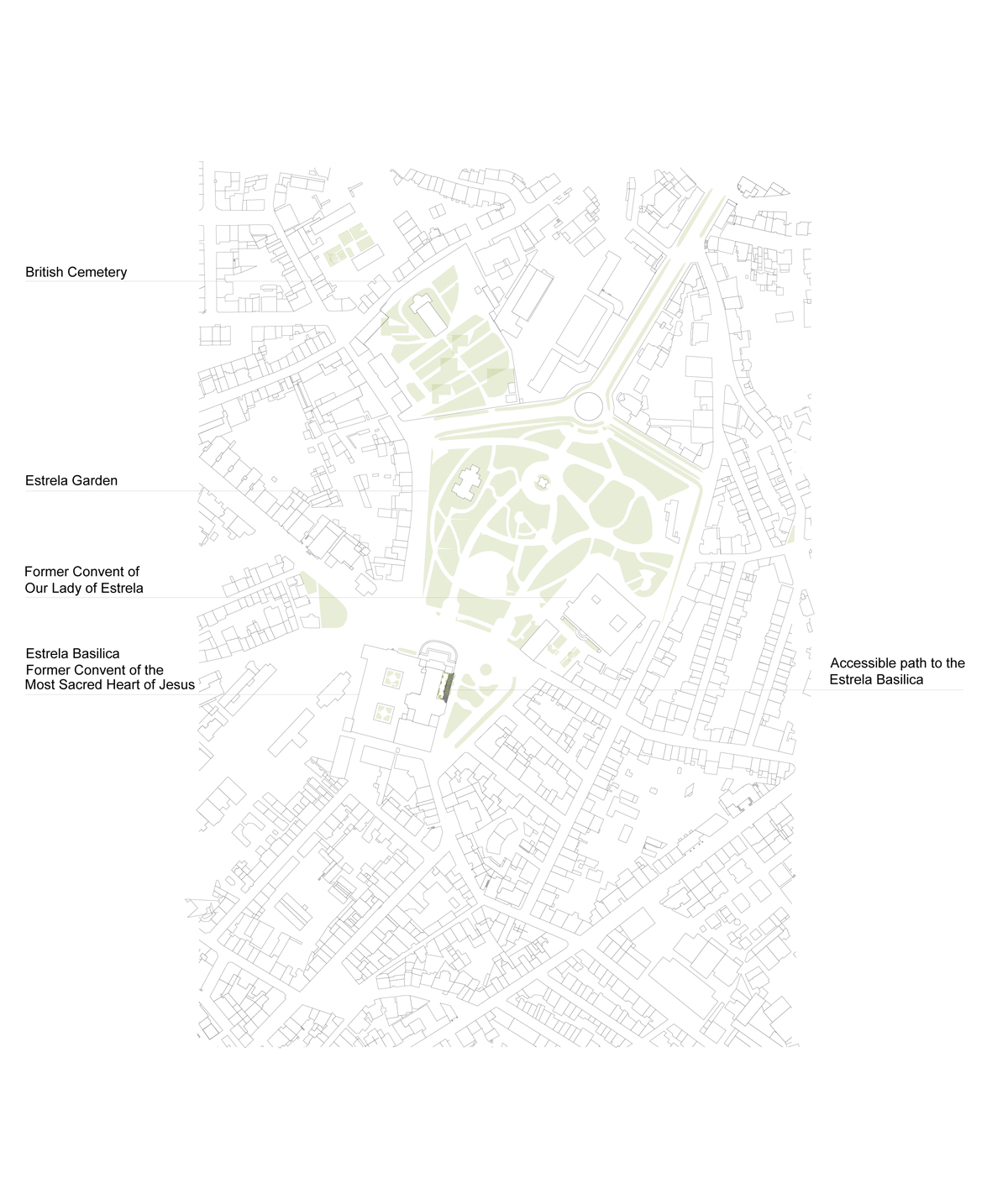 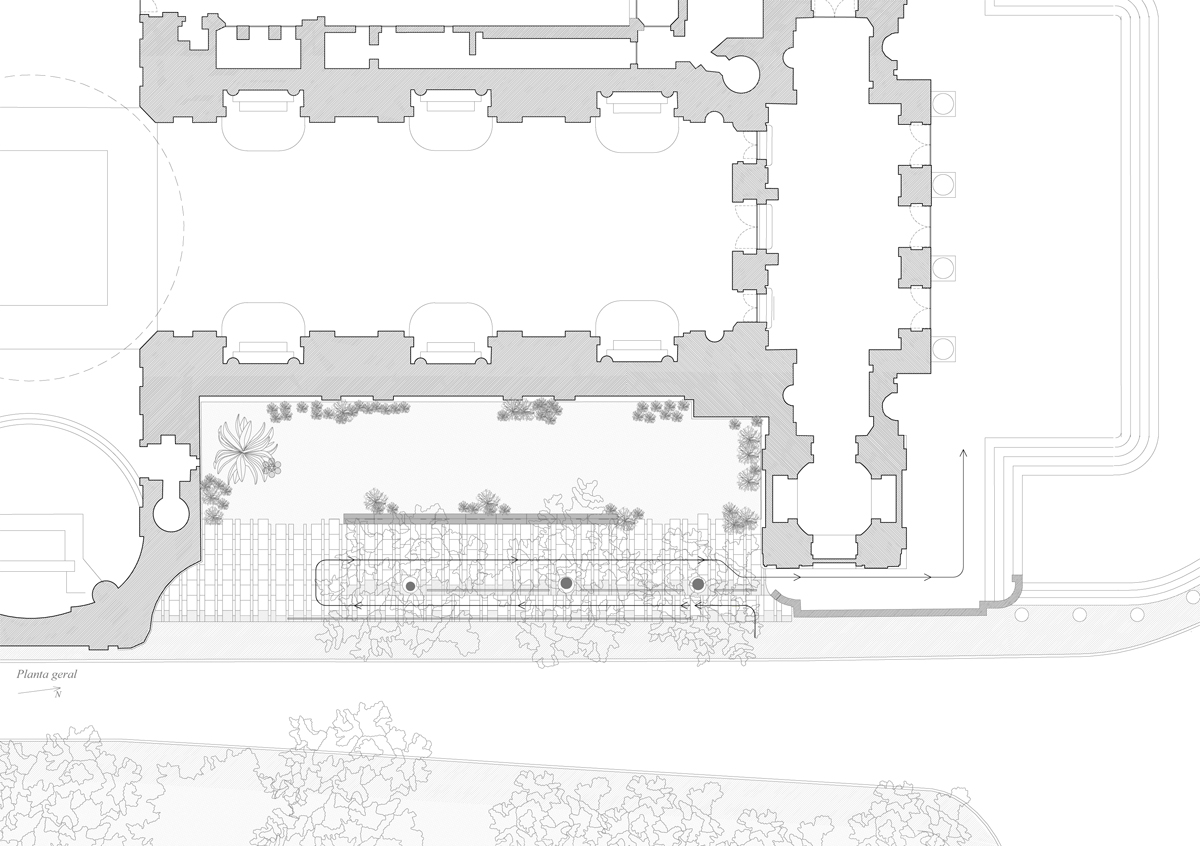 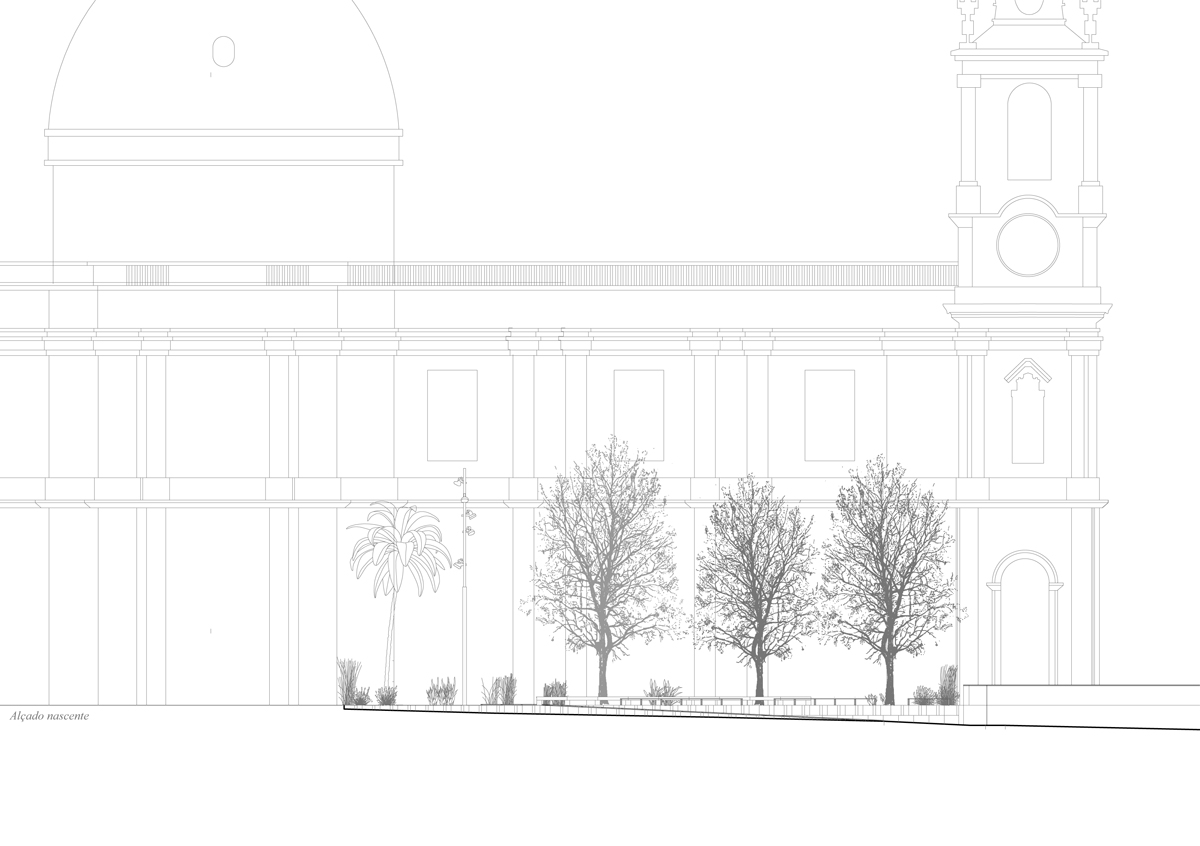 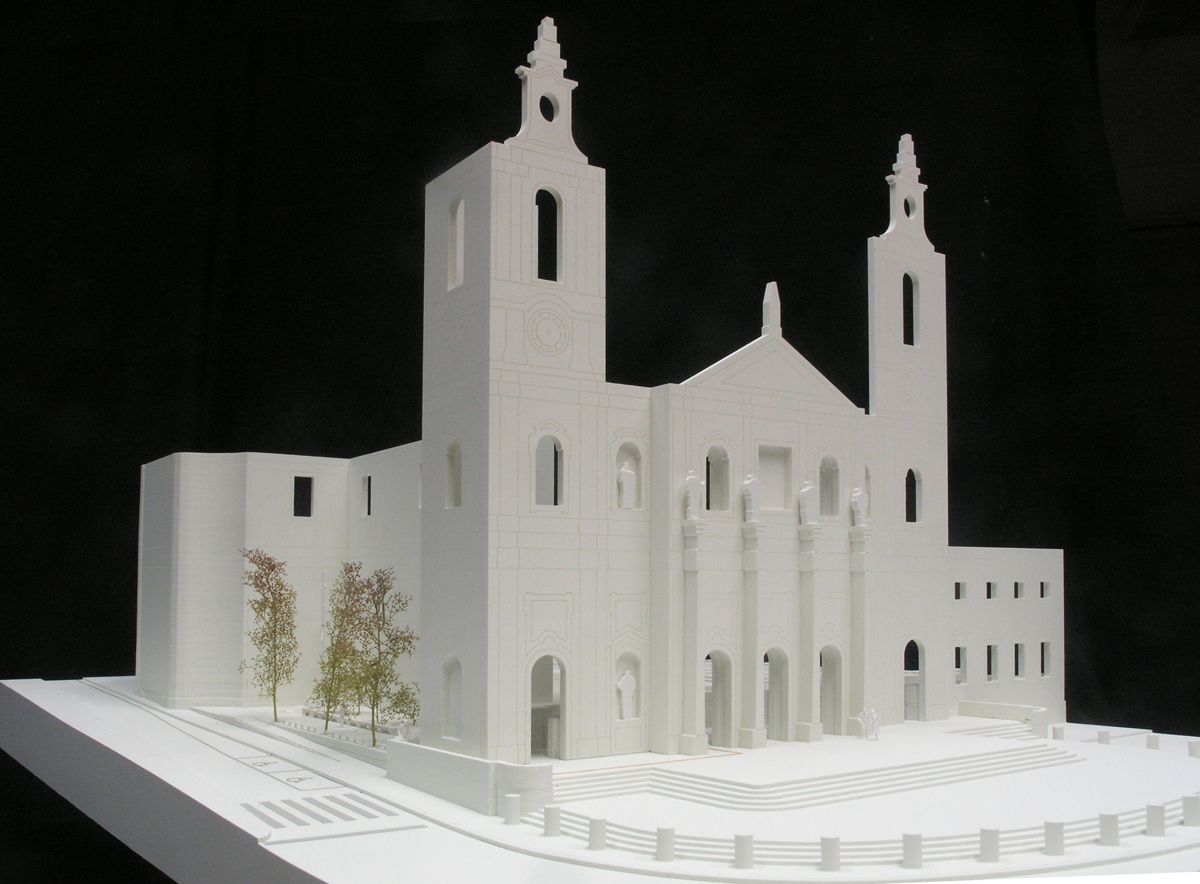 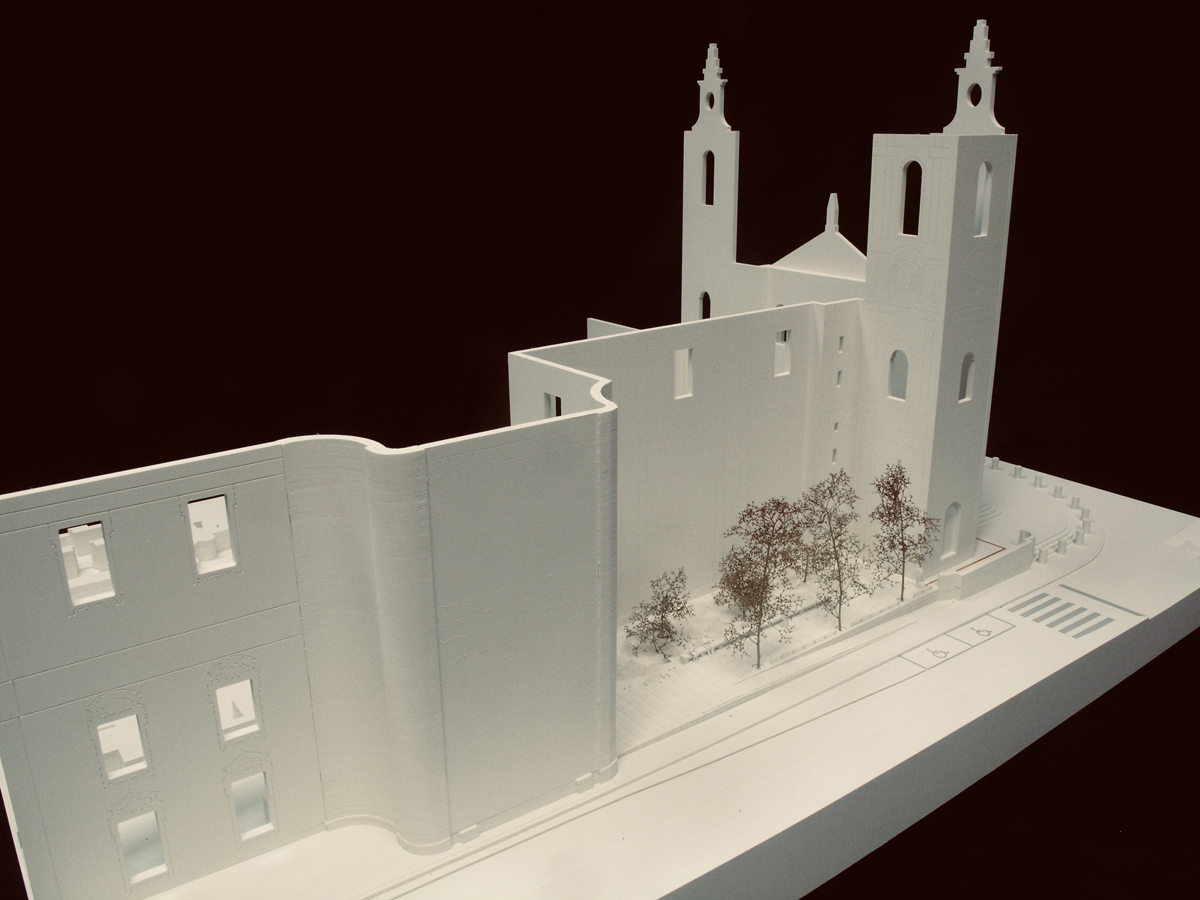