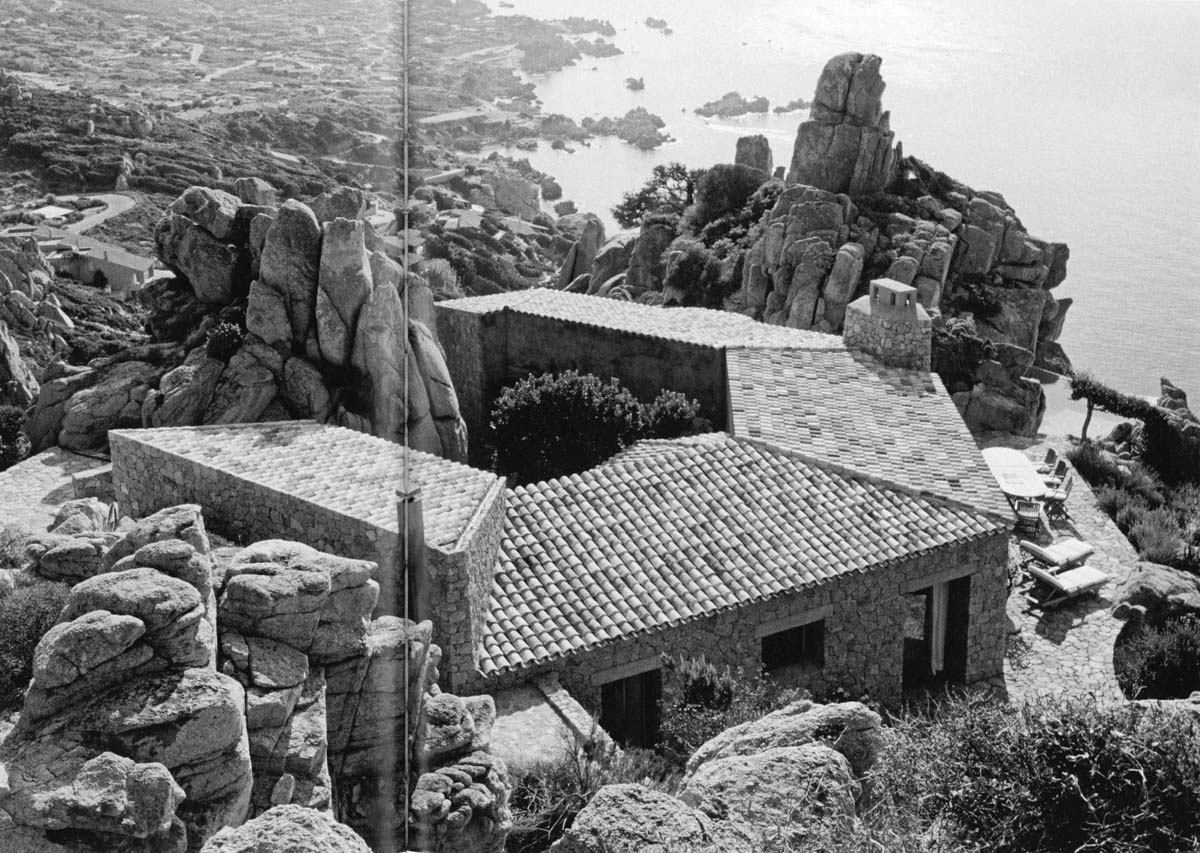 Source: Book > The inhabited pathway, The built work of Alberto Ponis in Sardinia

This inward-facing house on a hexagonal plan offers various different counterpoints and presents us with a virtuoso game of opposites: the terraces and enclosed courtyard, the distant panorama and the close contact, the stone and the plasterwork. It refers more strongly to military forts than to rural stazzi. The virtually enclosed courtyard (which we might compare to a tiny piazza, a light-filled well, or even a religious cloiser), is a condensed place that also functions as an entranceway. And in here, you have your back turned on the panorama that opens up just a few meters away in the opposite direction and thus are not forced to look at the many little villas and houses that have filled up the Costa Paradiso over the years, radically changing the relationship between people and place.

This boulder possesses a powerful magic; it is scared, primitive, and incomprehensible. In the stone-paved courtyard there is also a single strawberry tree that was here before the house, and it, too, has great presence.

The many military forts that were built some 150 years ago to defend the Maddalena Archipelago and the Strait of Bonifacio and that today are in a state of ruination mark out the most spectacular points, and they only have two types of external spaces: panoramic ones, from which to sight and strike the enemy, and enclosed ones, in which to seek protection. The same can be said of the Casa Gostner because of its rounded, pincer-like shape.

In order to strike our enemies, we must leave the semi-enclosed and well-protected courtyard, cross the approximately five-meter-wide house and move to the opposite side with its panoramic view.
The house is actually laid out on a single level, with a small extrusion at a lower level where tow bedrooms can be found. On the main floor, there is a large double-aspect living room, a kitchen, and a sleeping area, with multiple paved areas set around them. 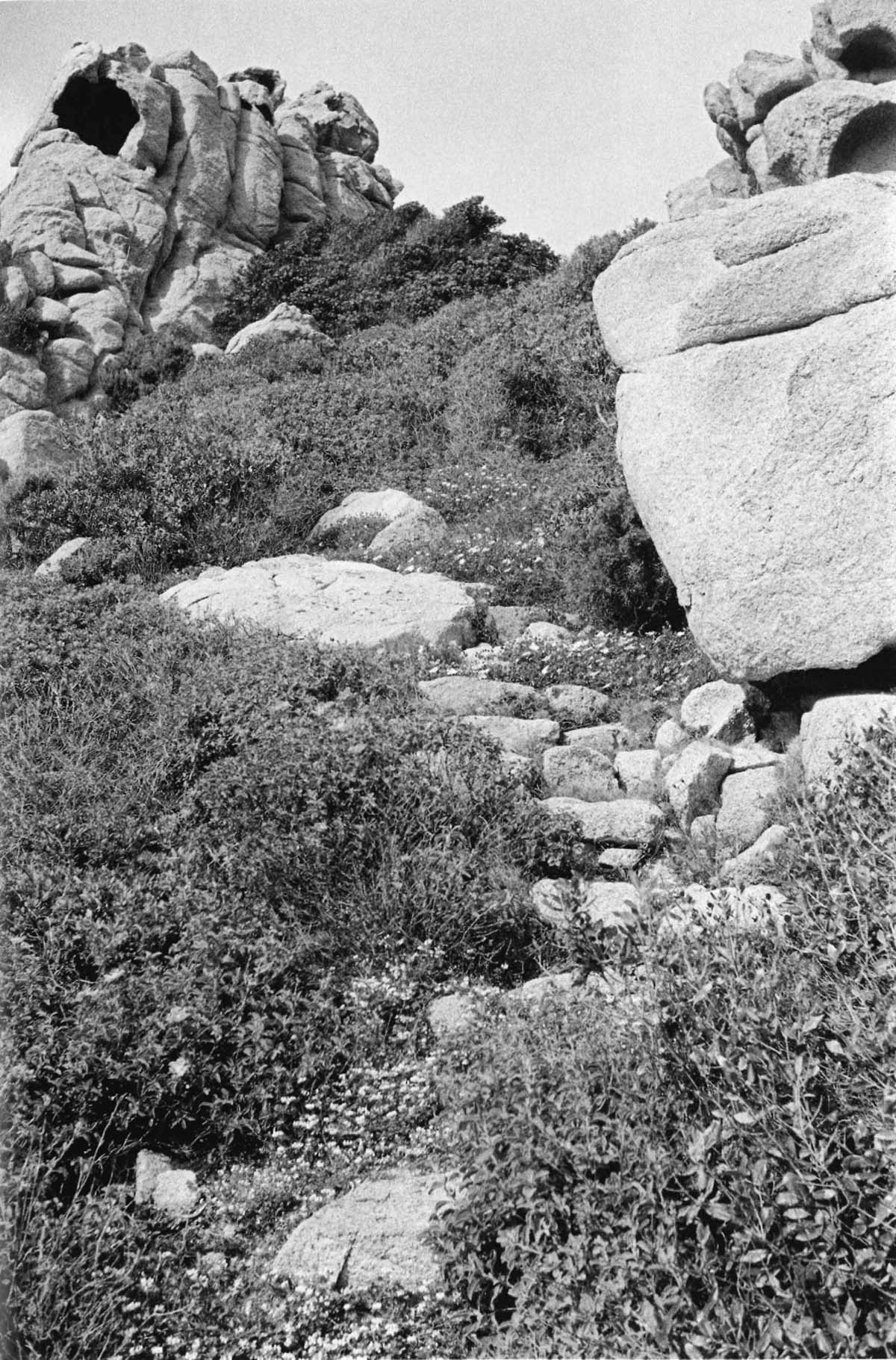 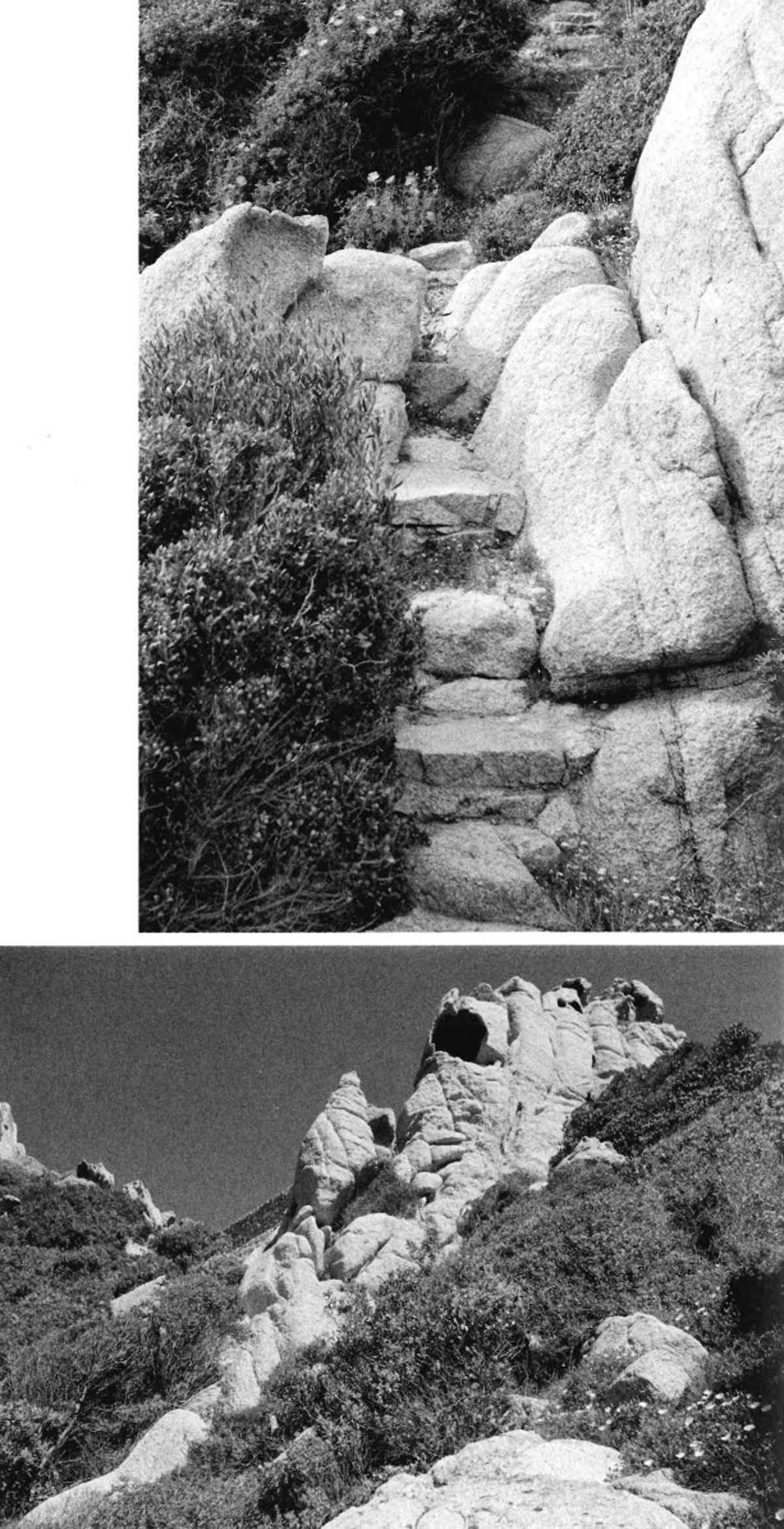 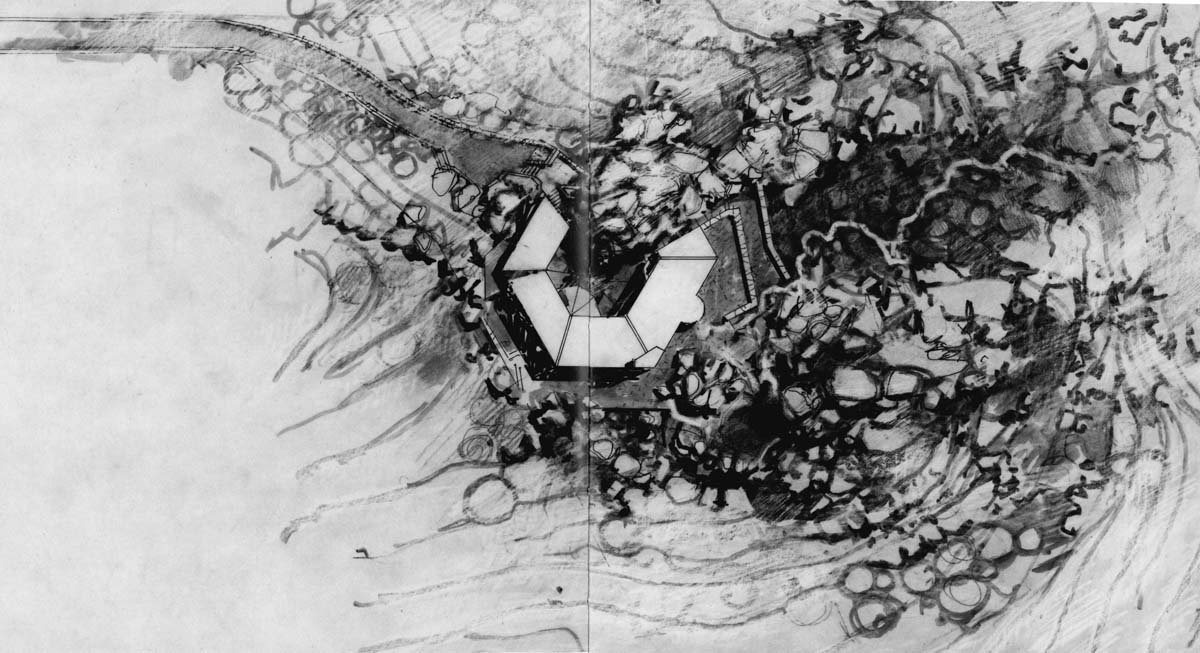 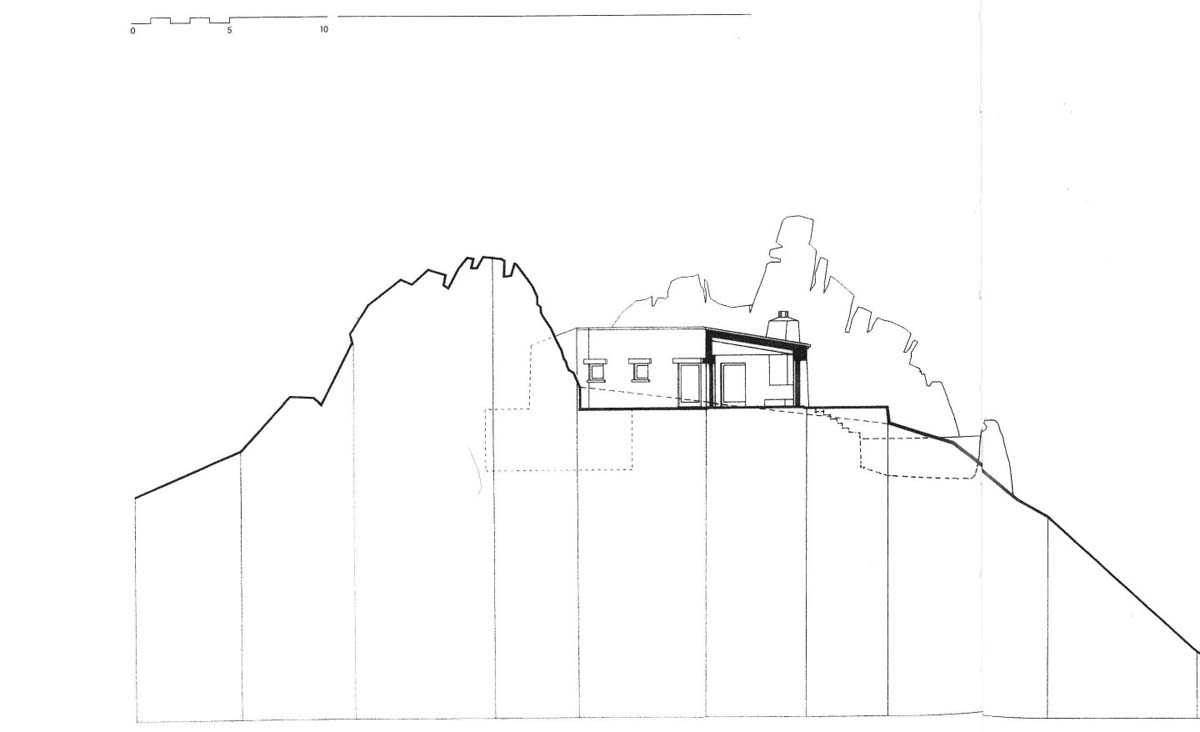 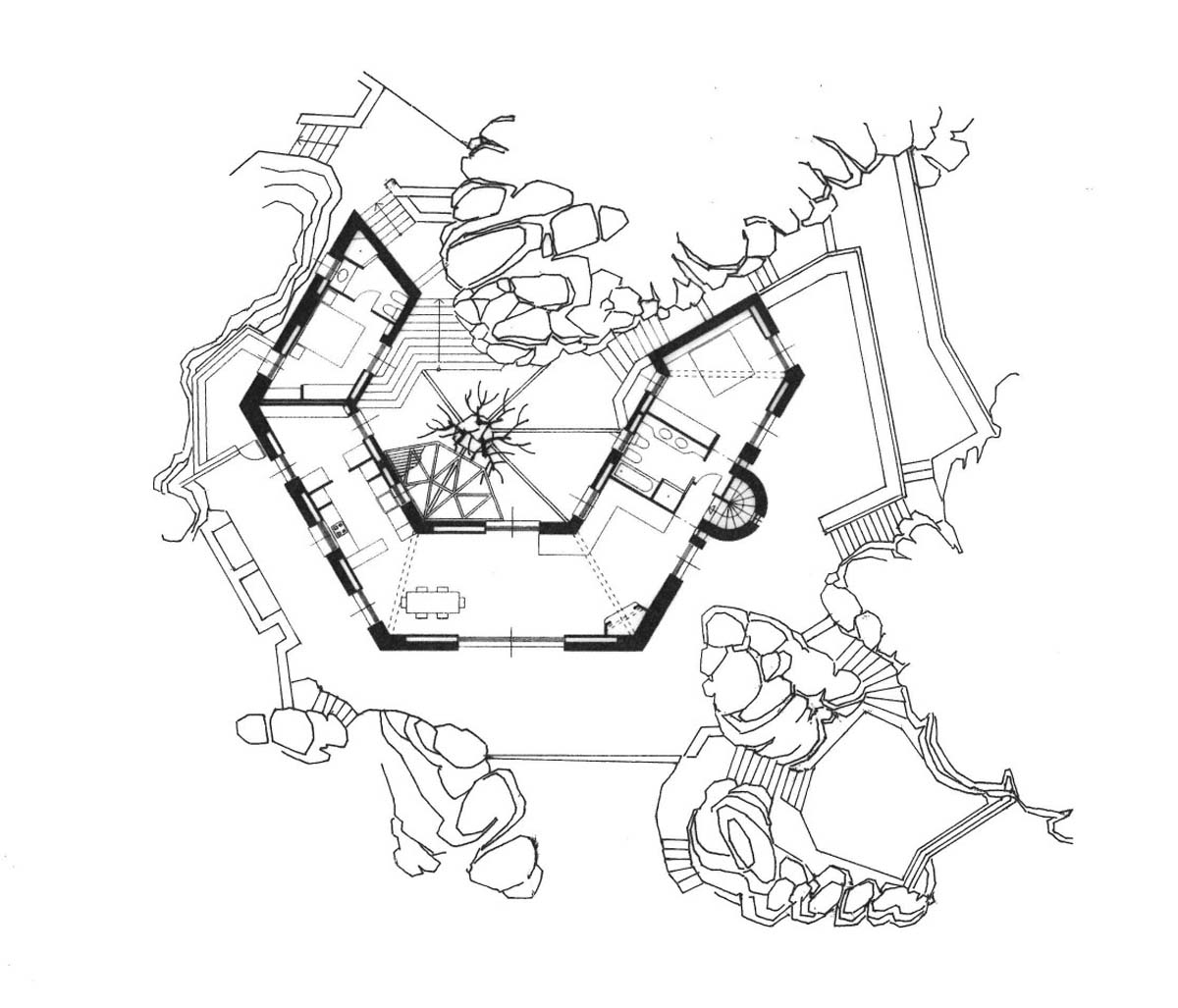 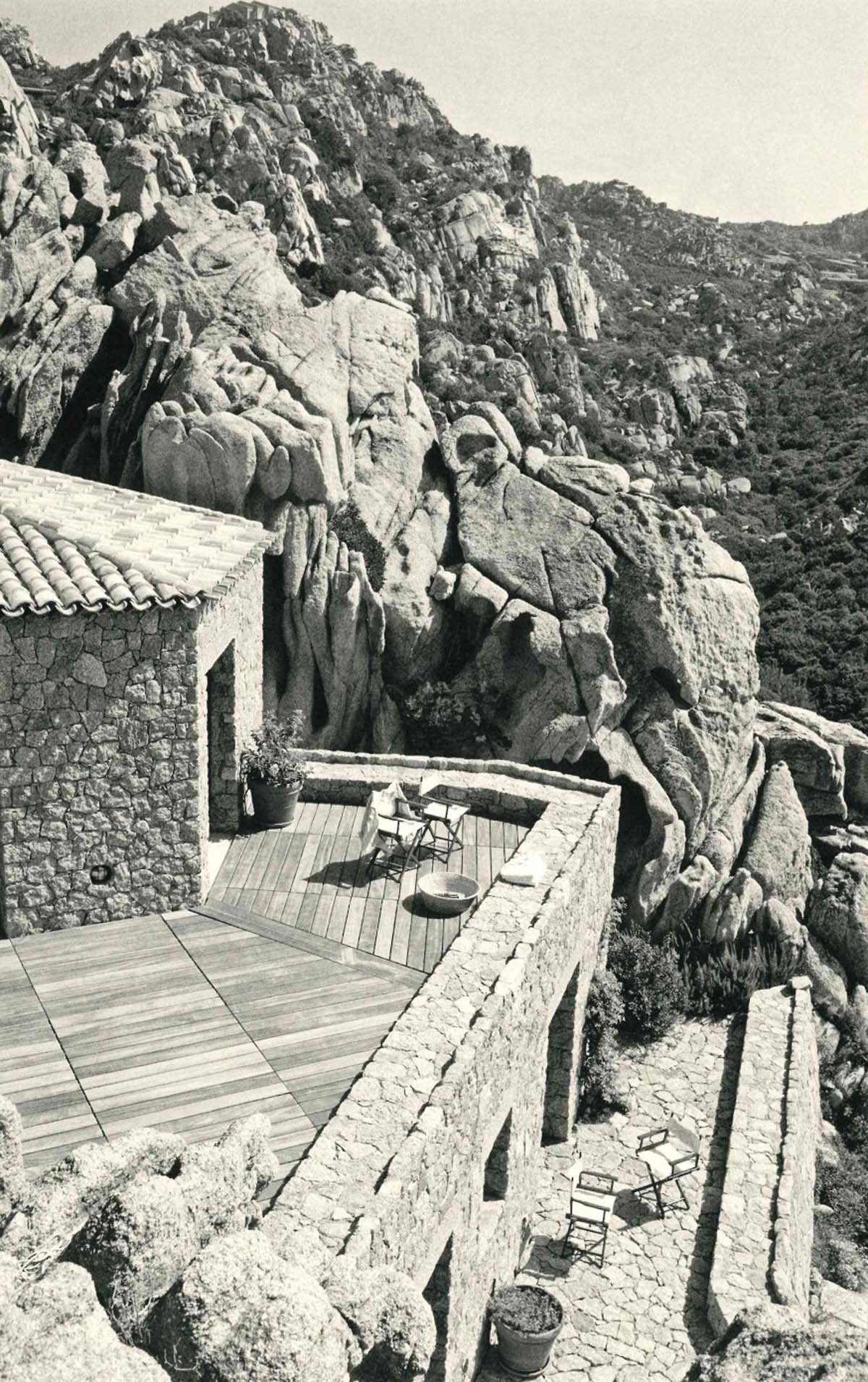 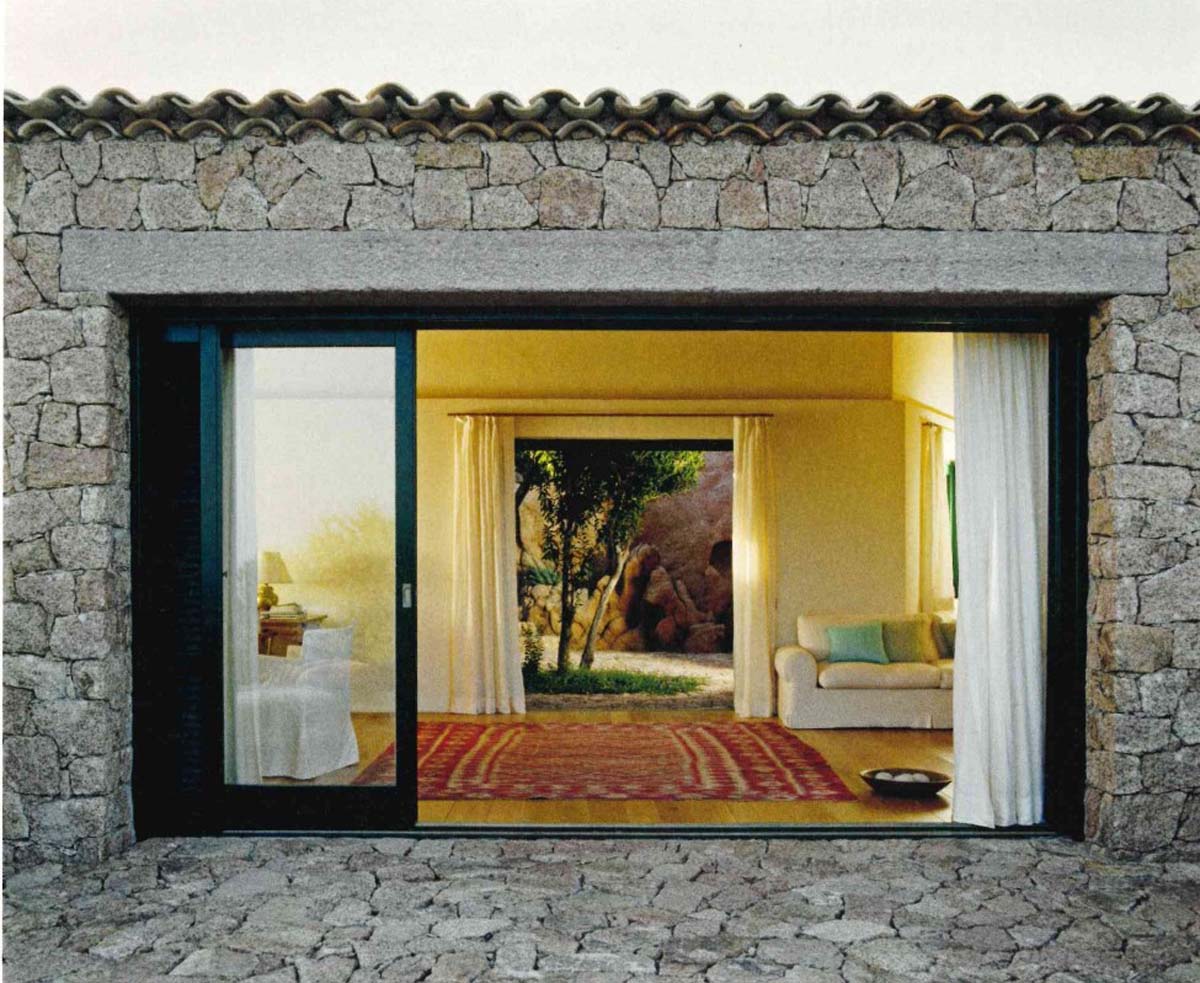 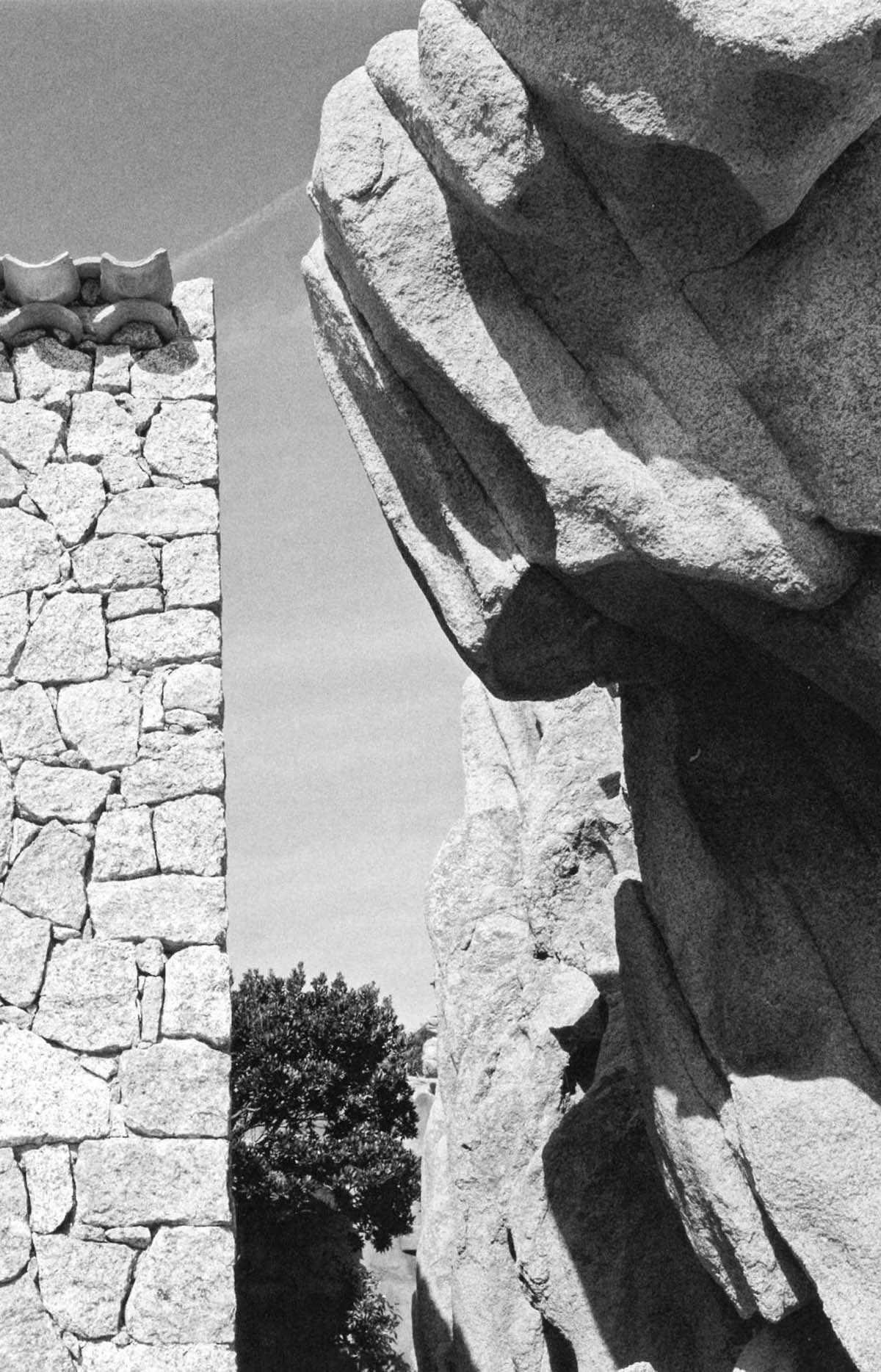 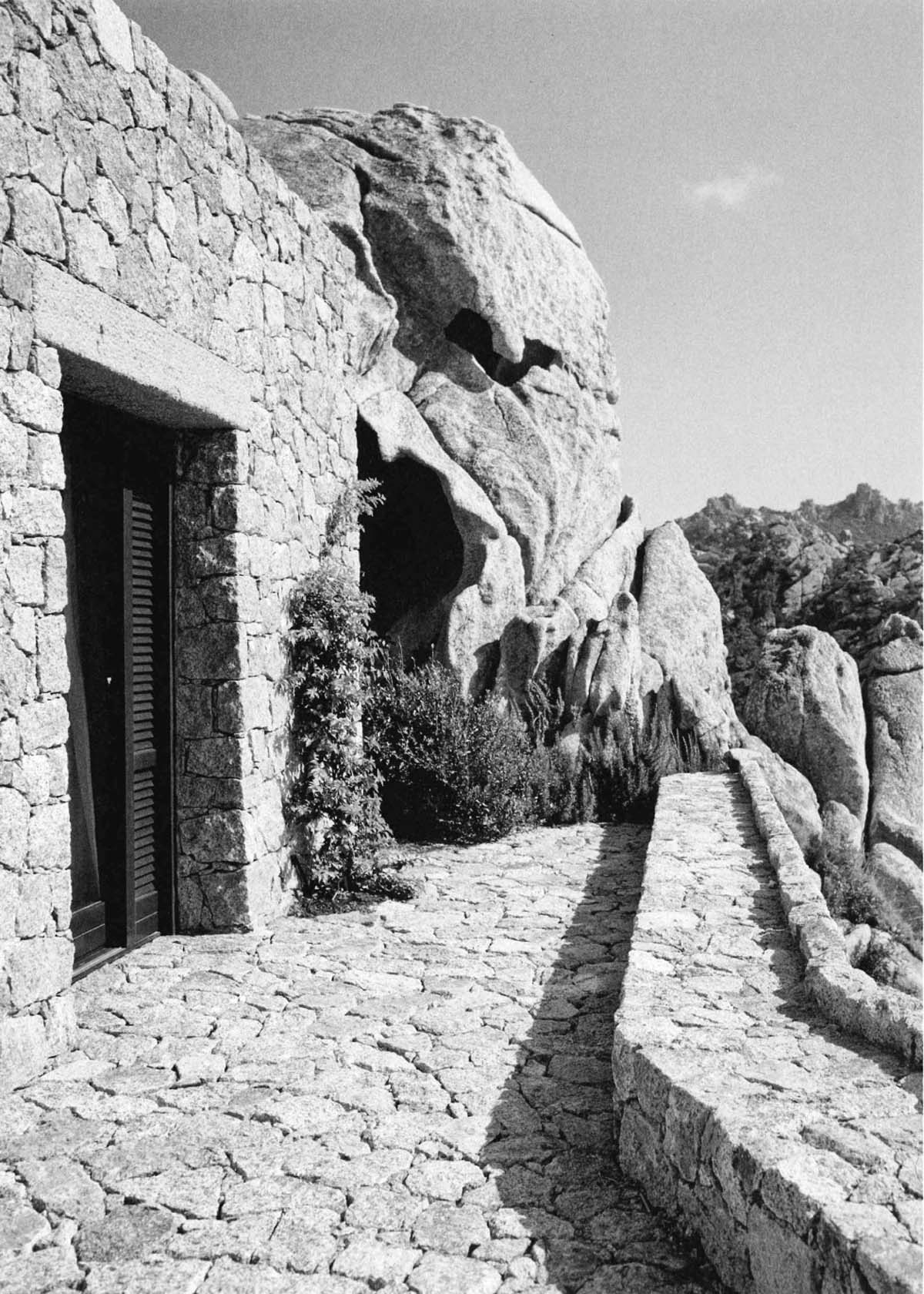 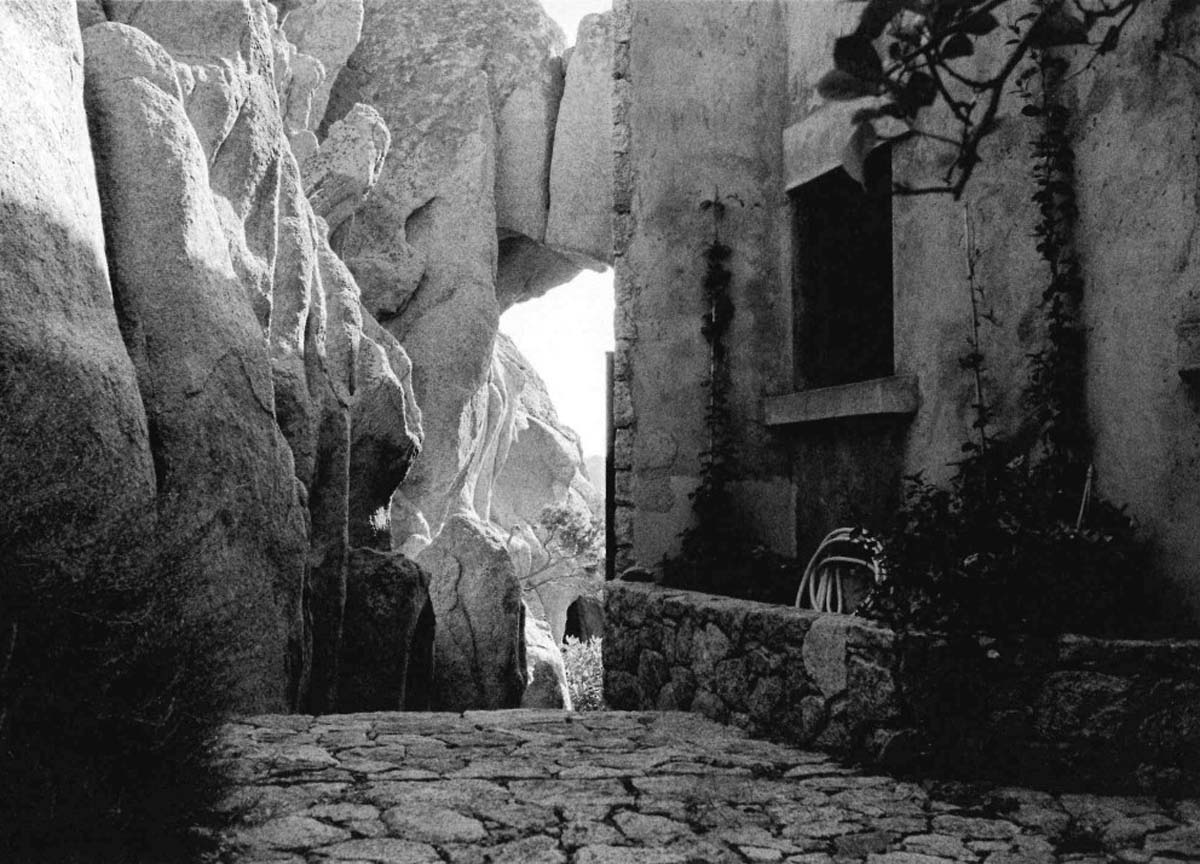 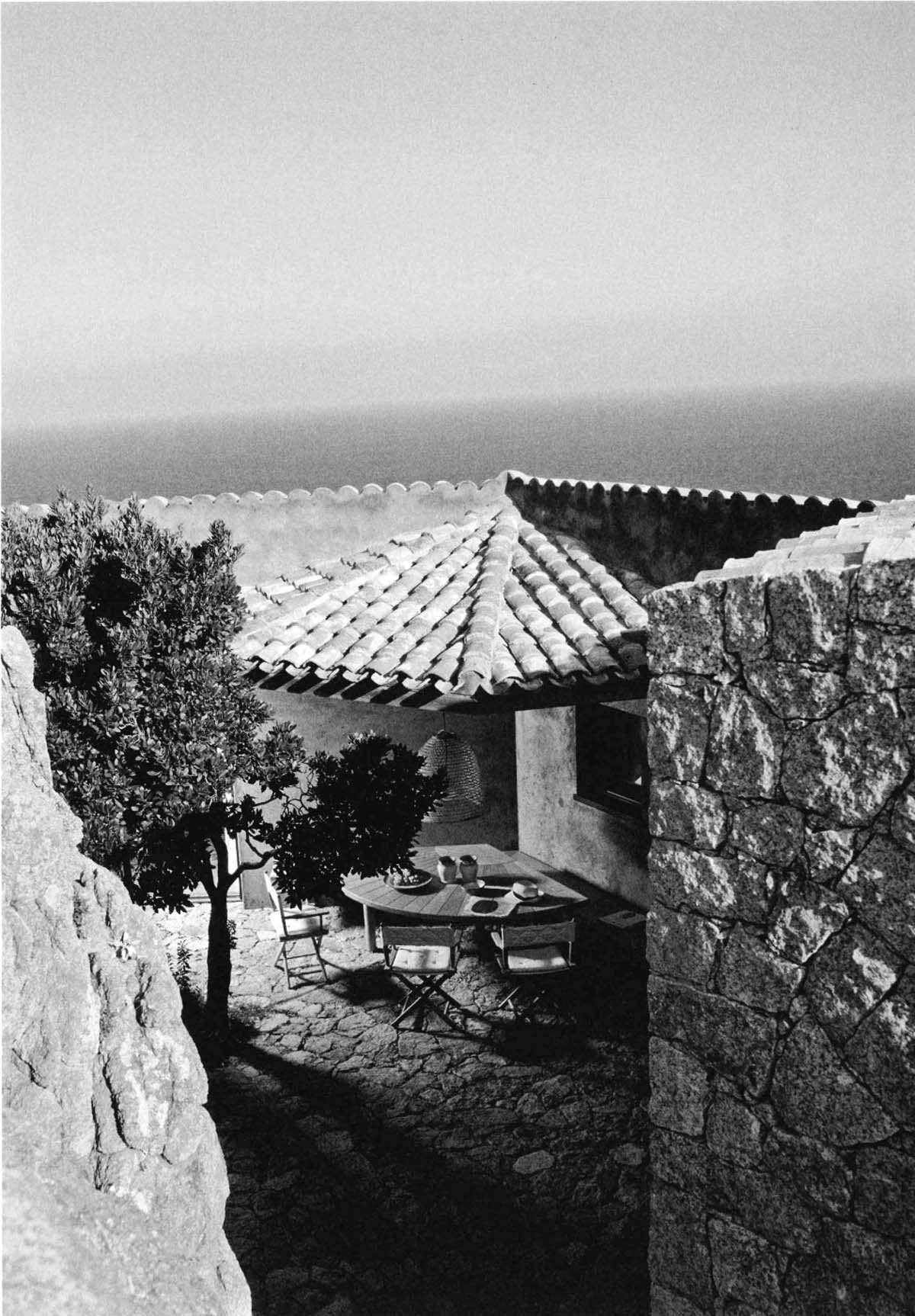 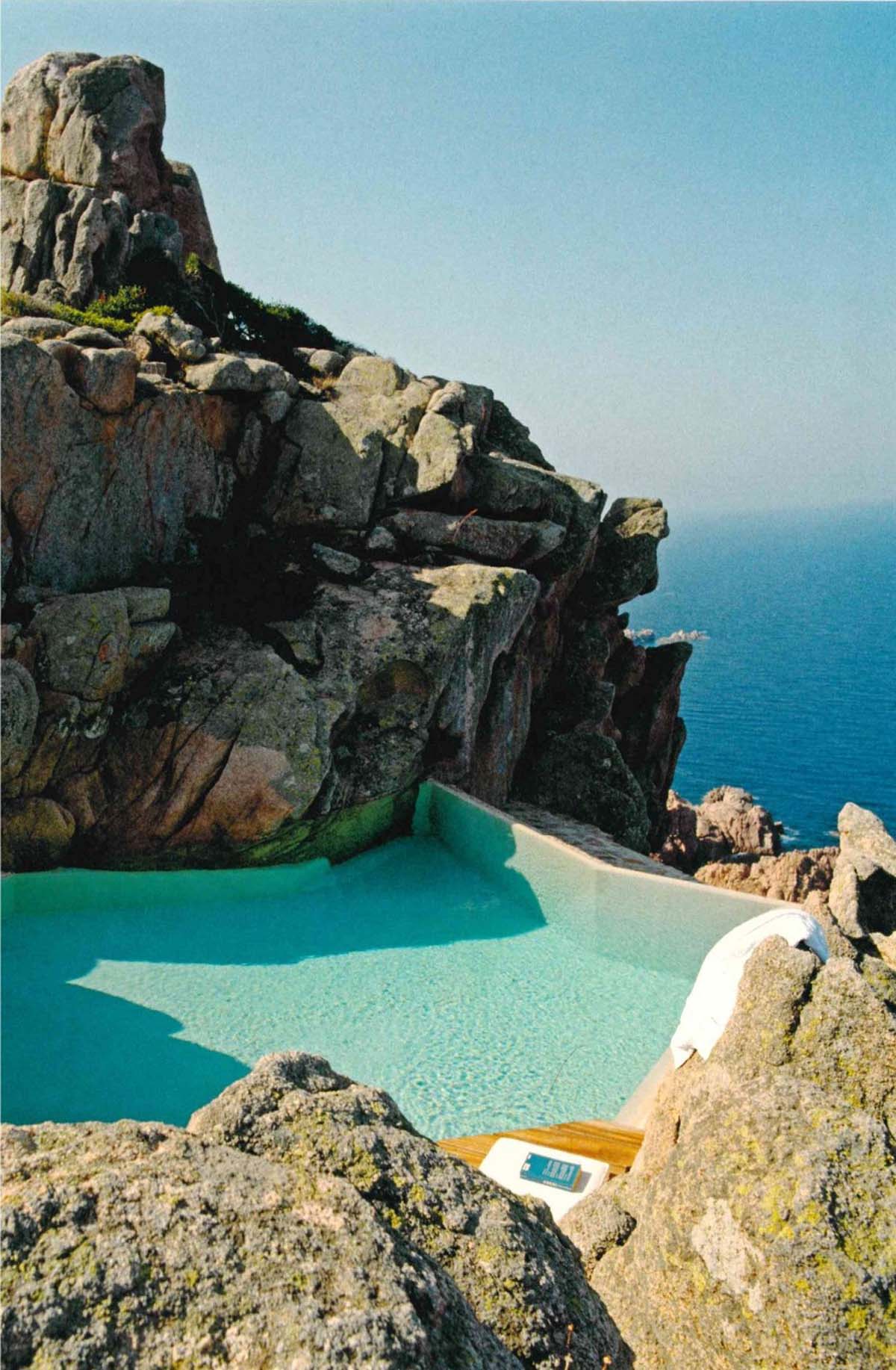 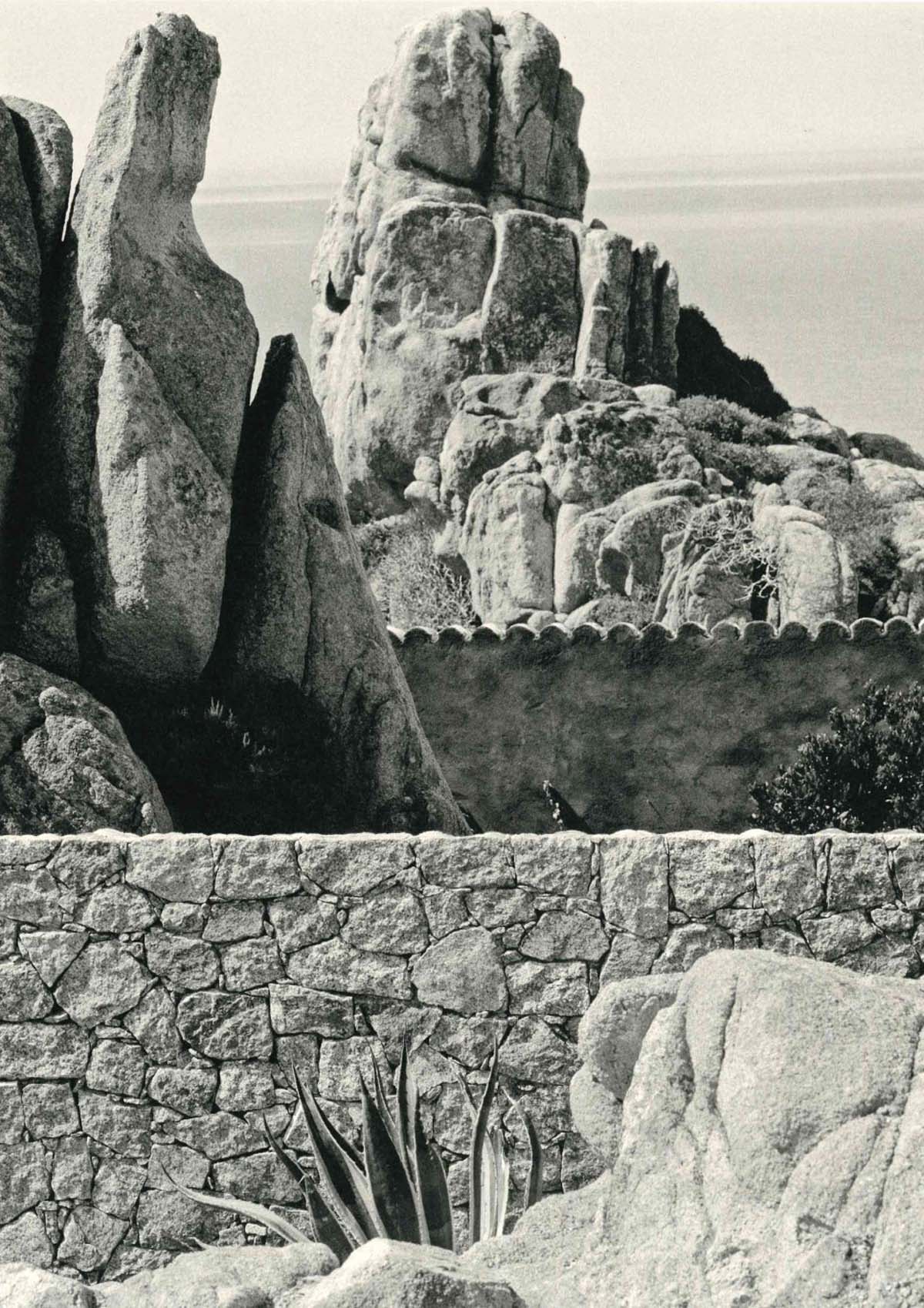 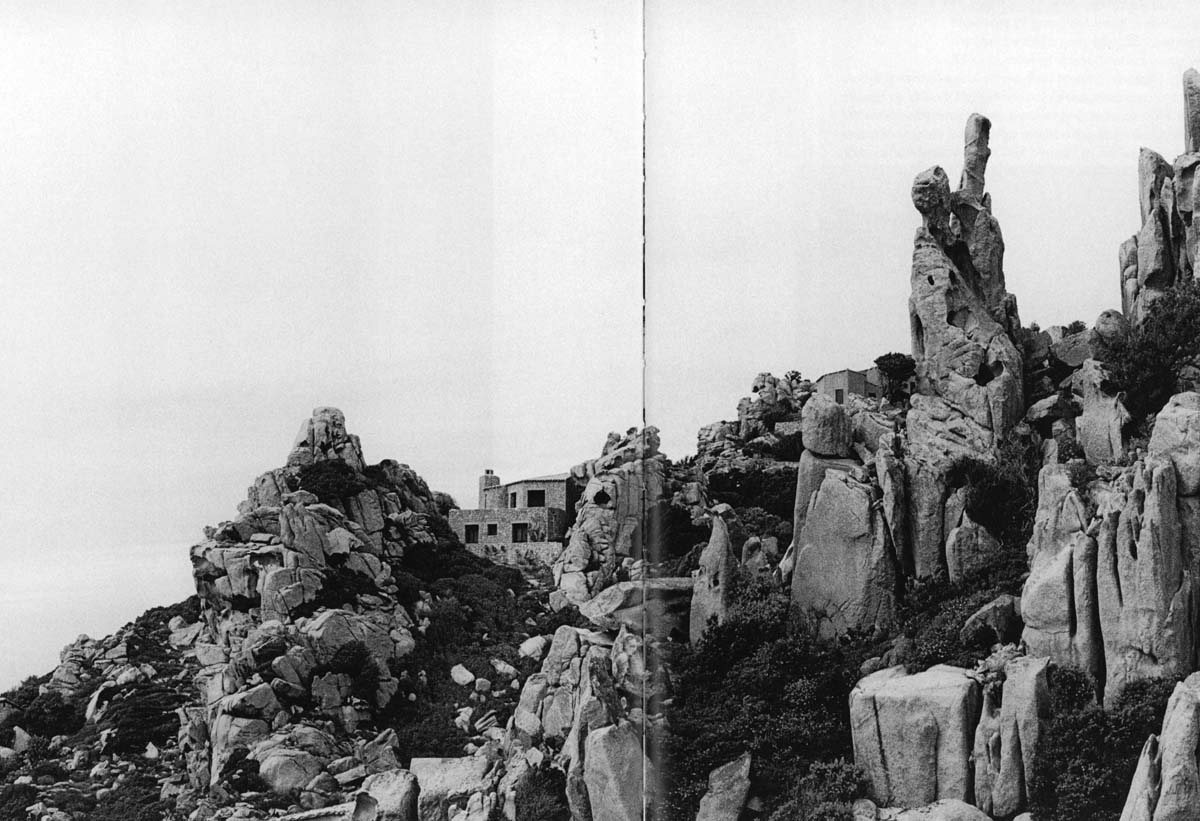