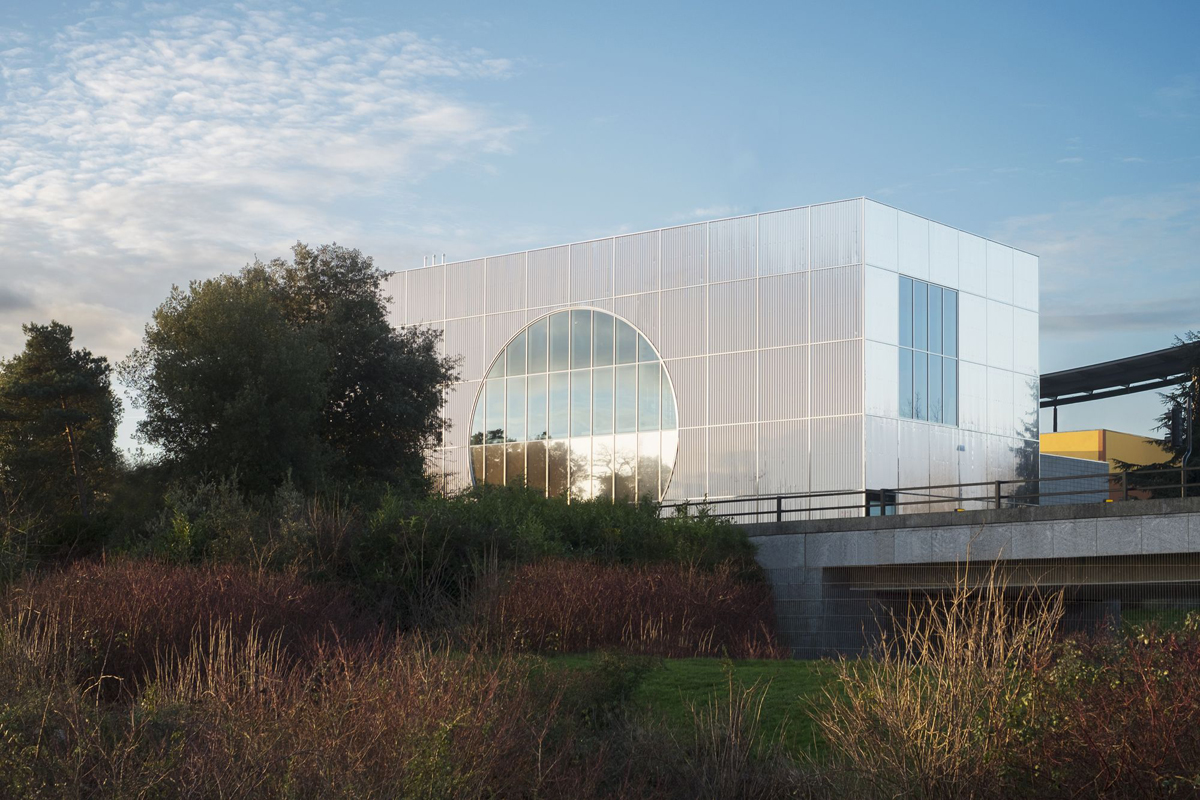 Milton Keynes is a utopian urban project of the late 1960s. LA and the Garden City are woven together into a carpet grid laid over the rolling Buckinghamshire landscape. The new building for MK Gallery in Milton Keynes is located at the top end of Midsummer Boulevard where the city meets Campbell Park, establishing the centre of a new arts quarter.
A new wing consisting of a simple rectangular form wrapped in corrugated stainless steel recalls the rigorous grid that underpins the city, once a playground for British modernists and the early pioneers of High-Tech. Its polished facade shifts ambiguously between reflection and opacity, while a circular window frames views over the orbital landforms and belvedere of Campbell Park. The city grid is suggested the walls and the landscape in the window. The gridded rectangle houses an assembly of new gallery spaces and an education studio below an auditorium. The axial arrangement of galleries, with windows aligned on either end, recalls the layout of the city. 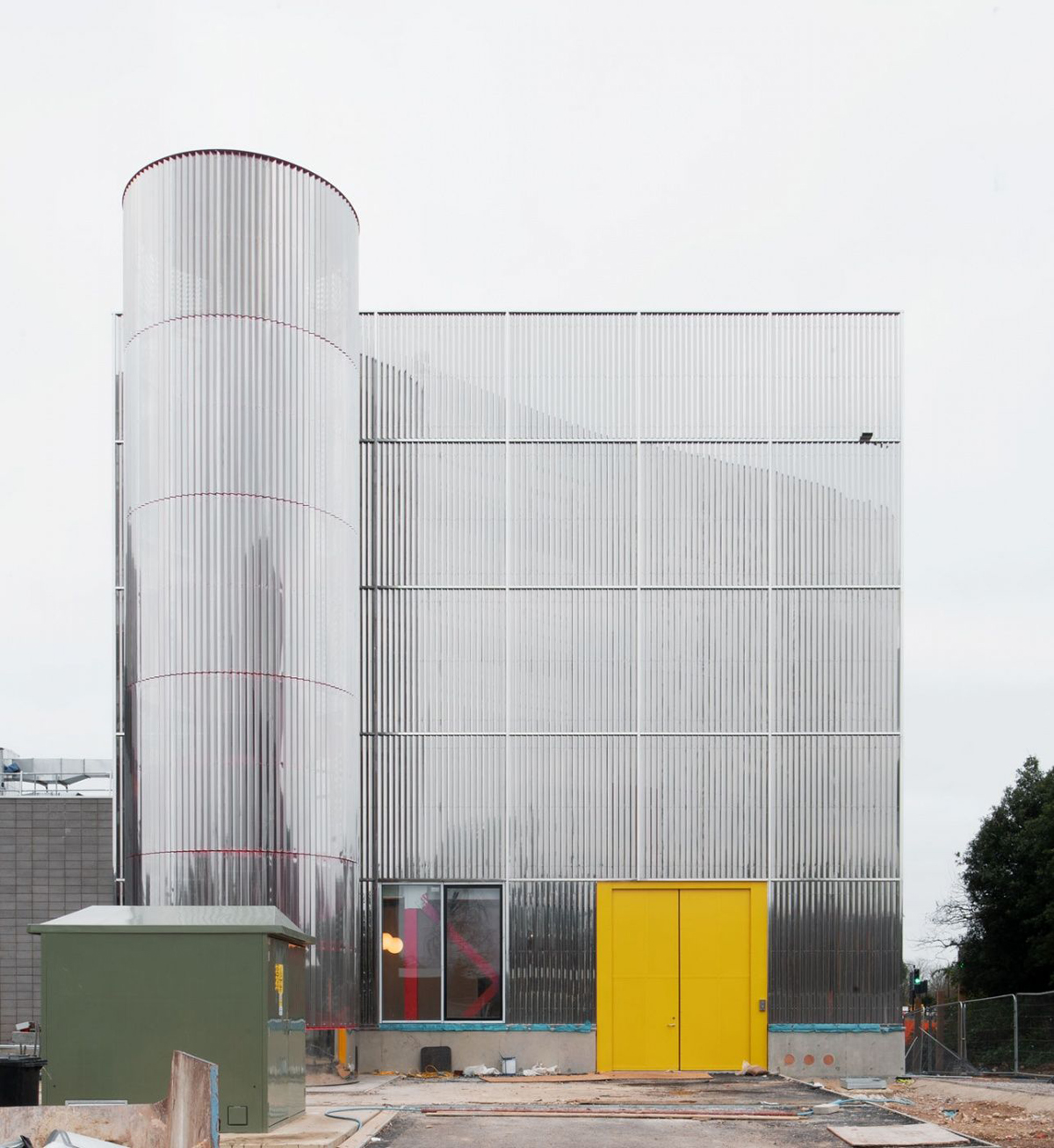 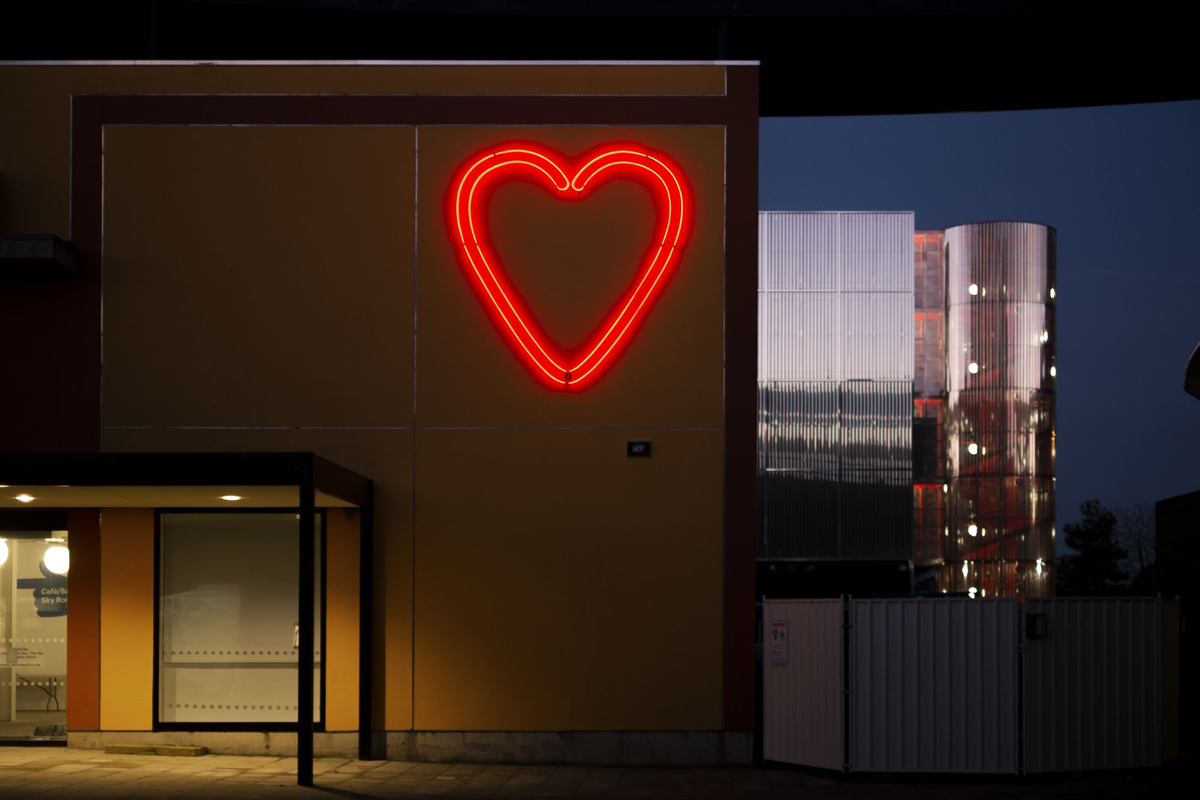 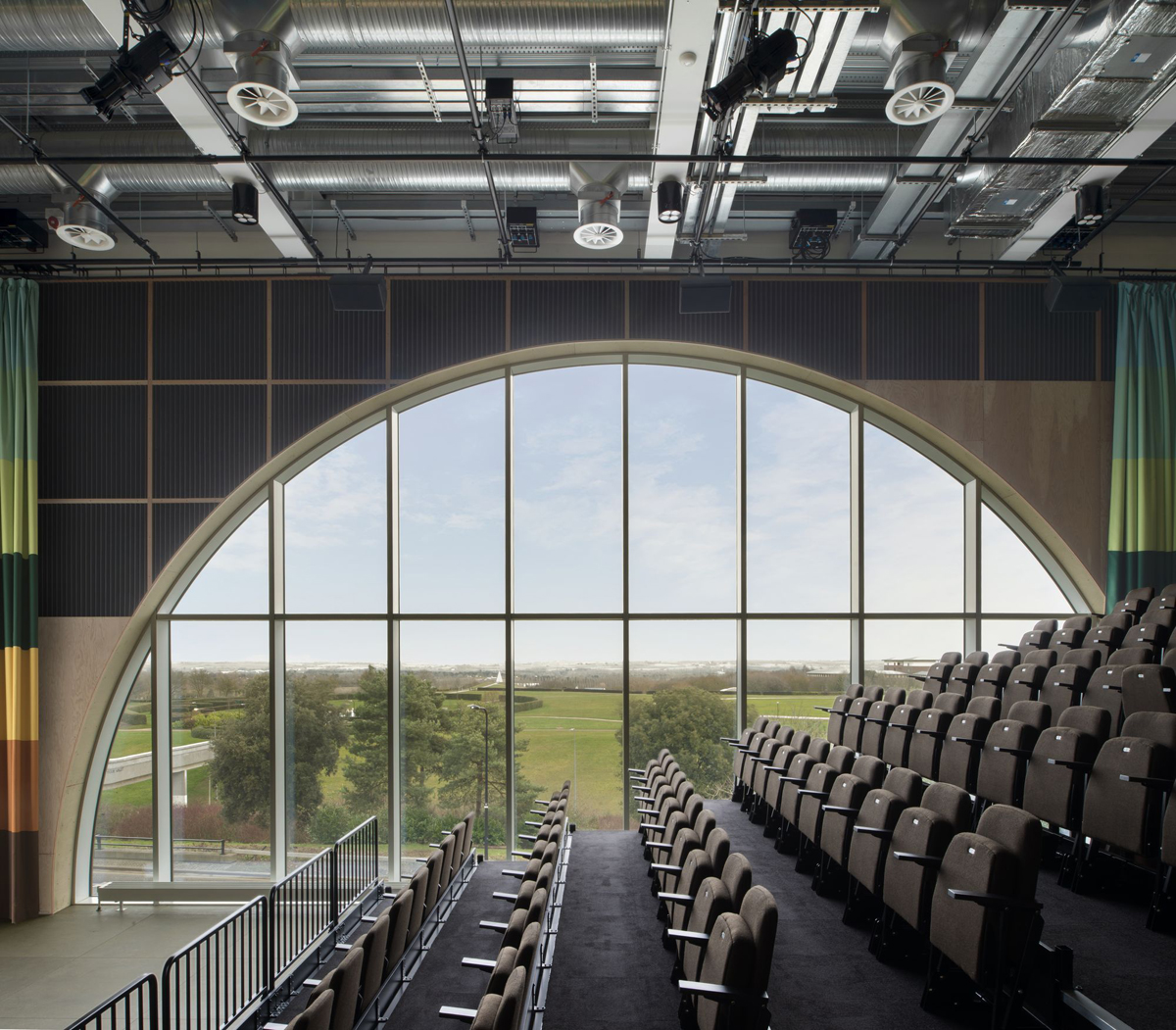 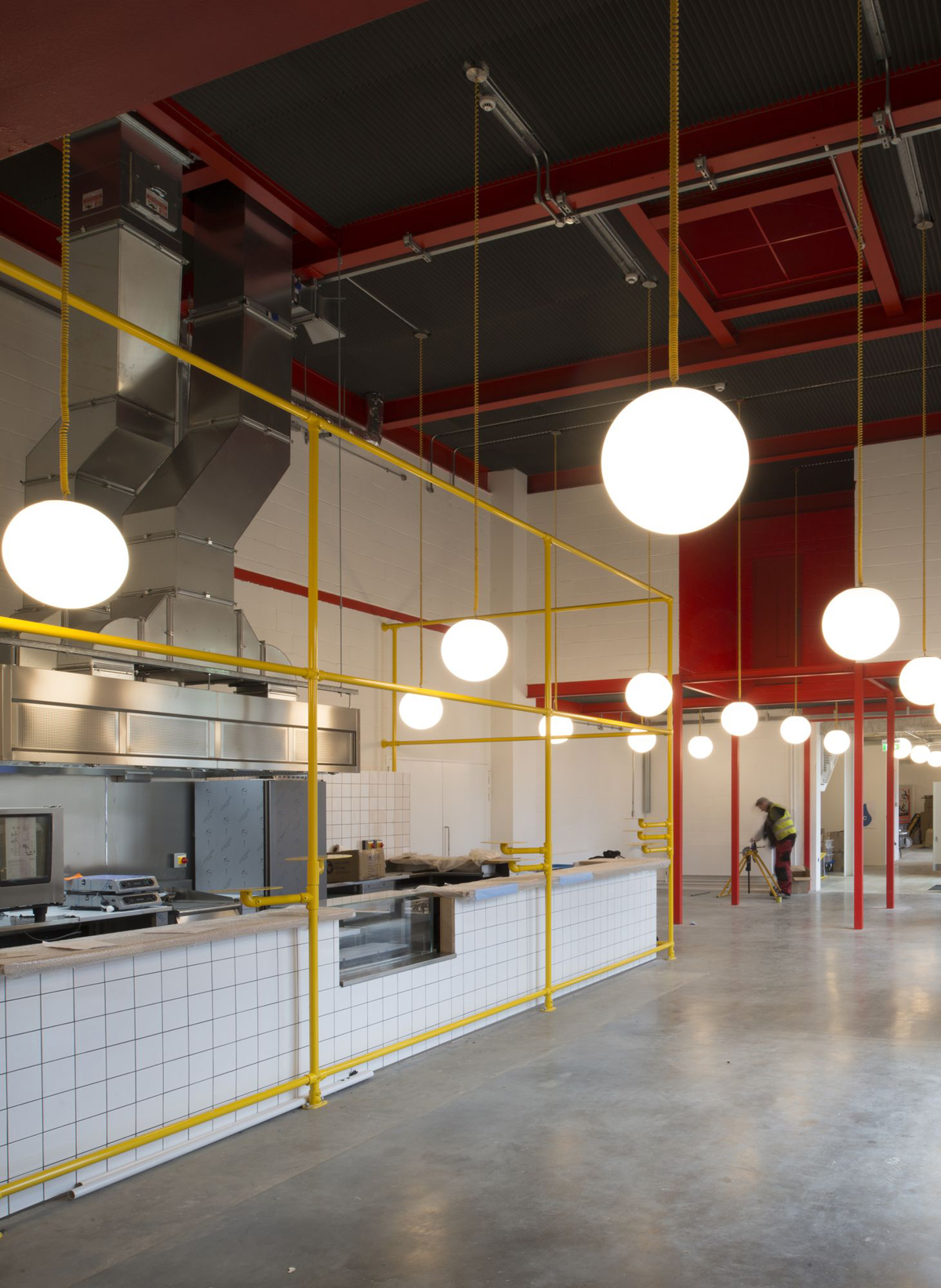 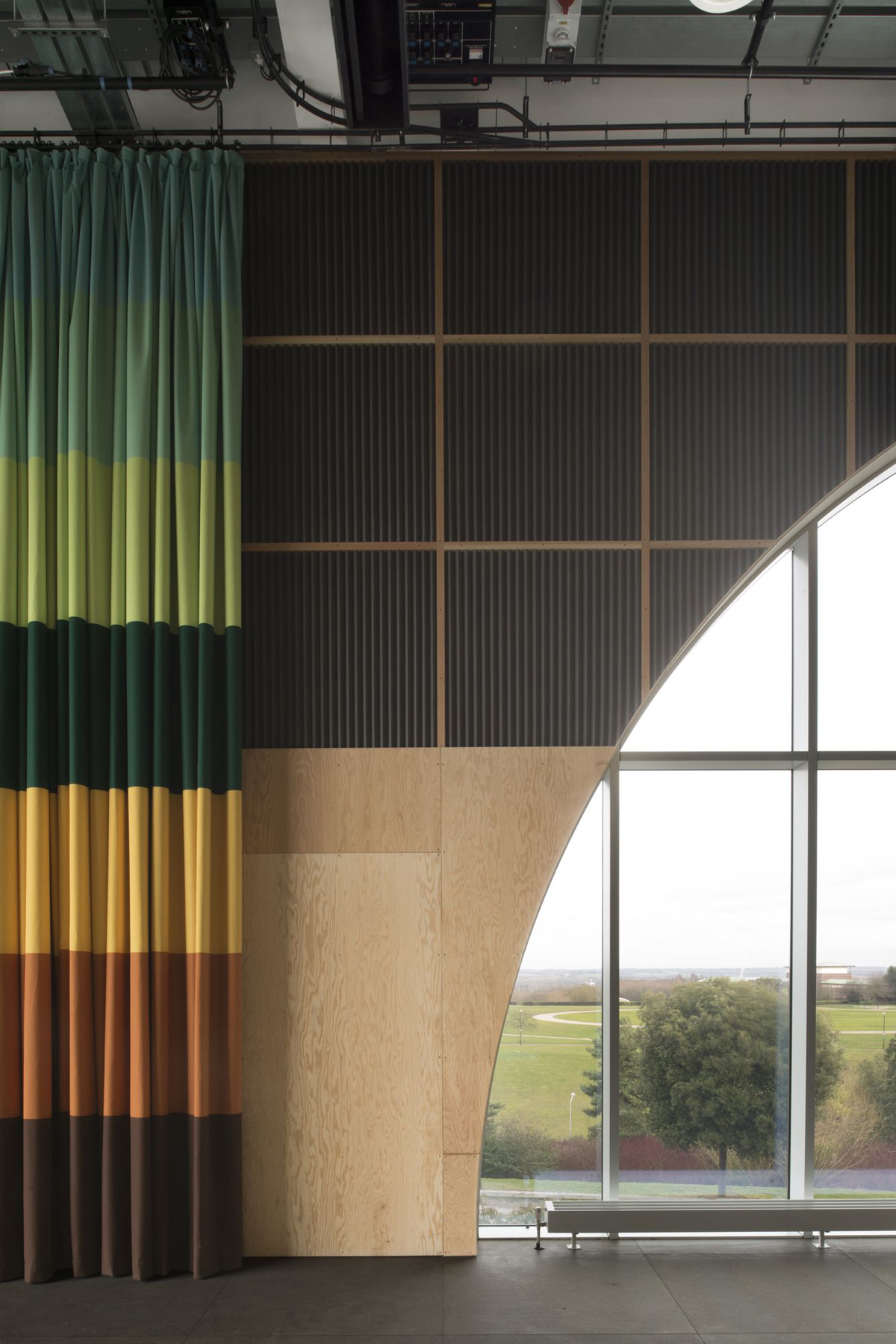 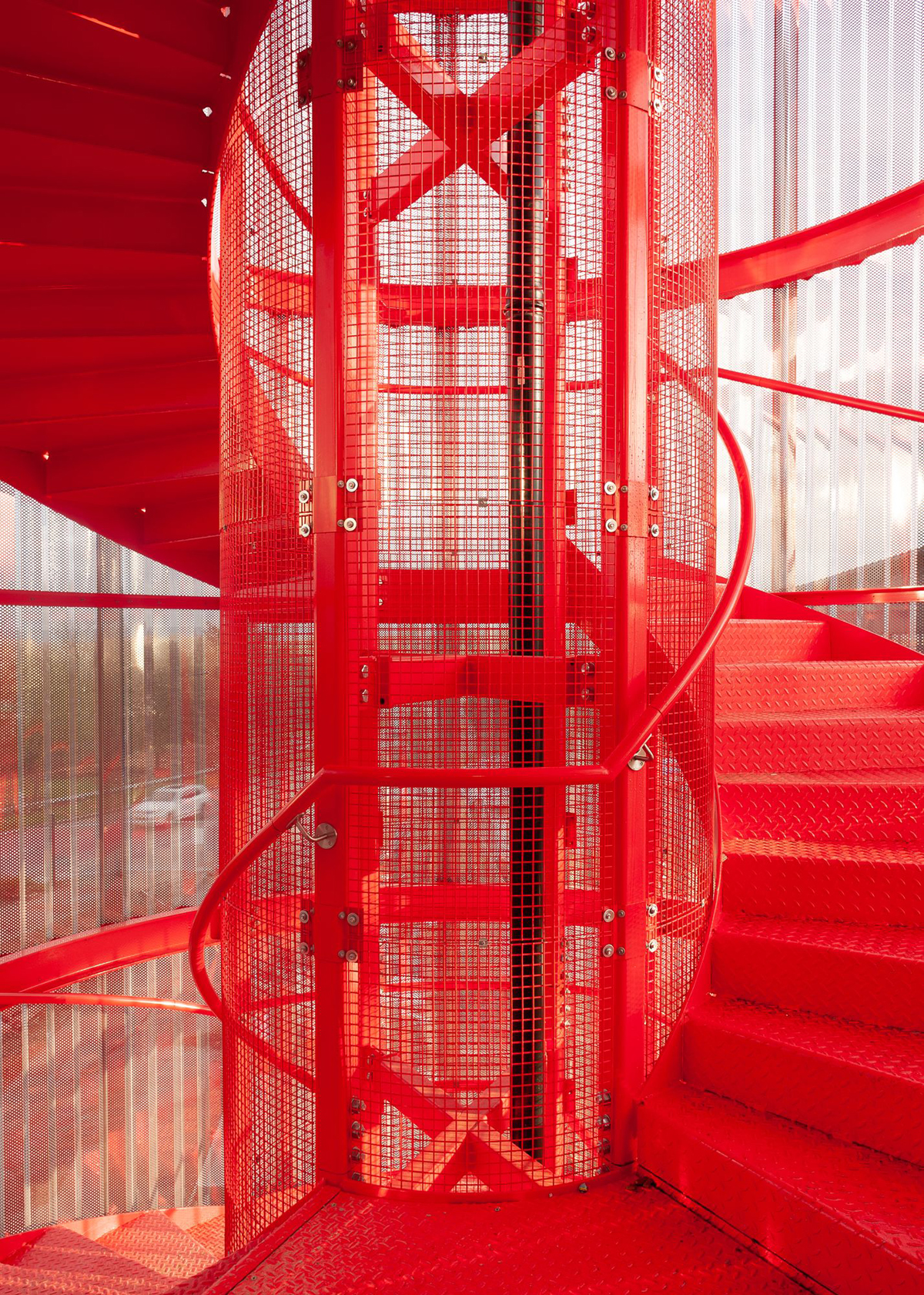 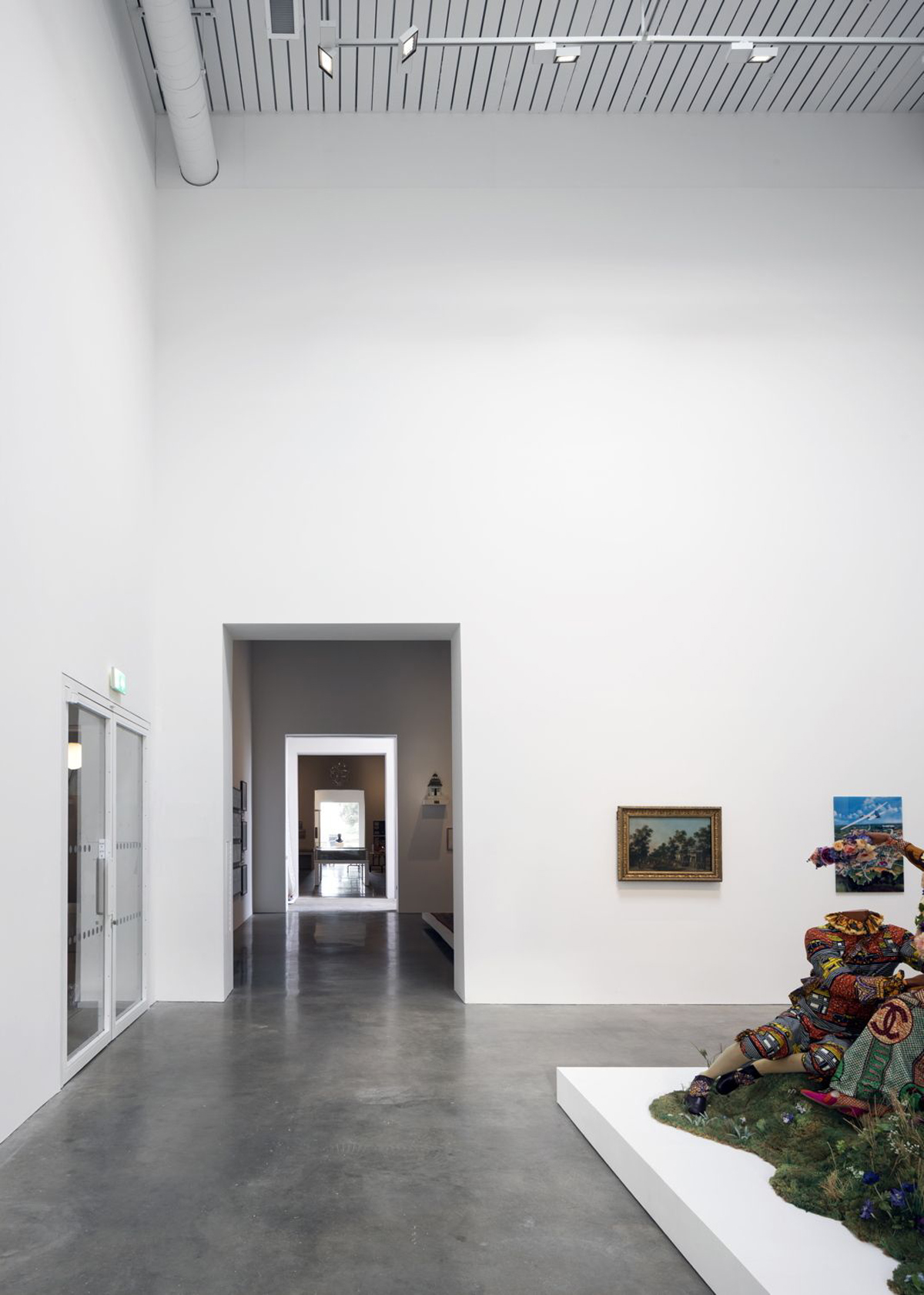 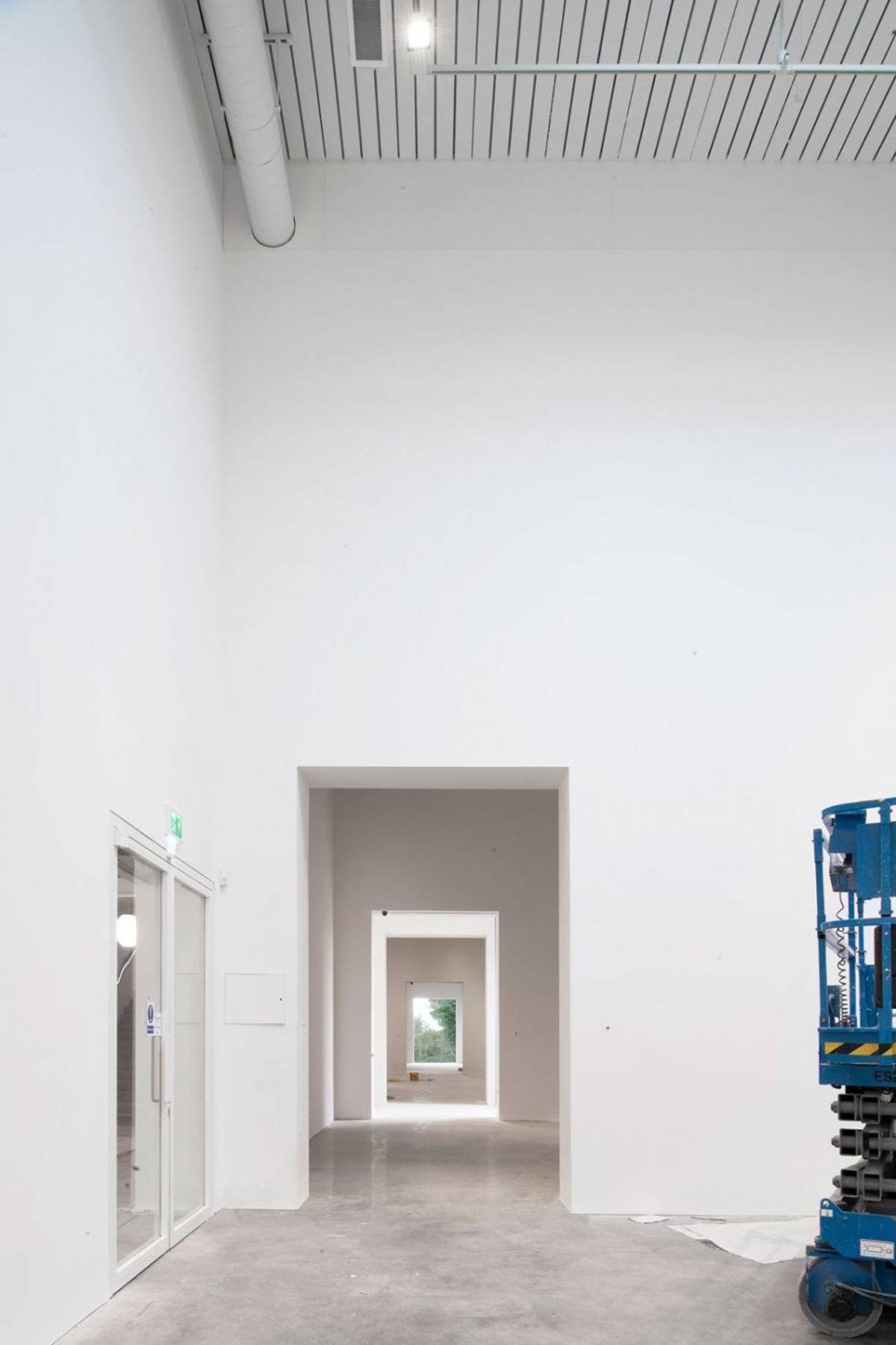 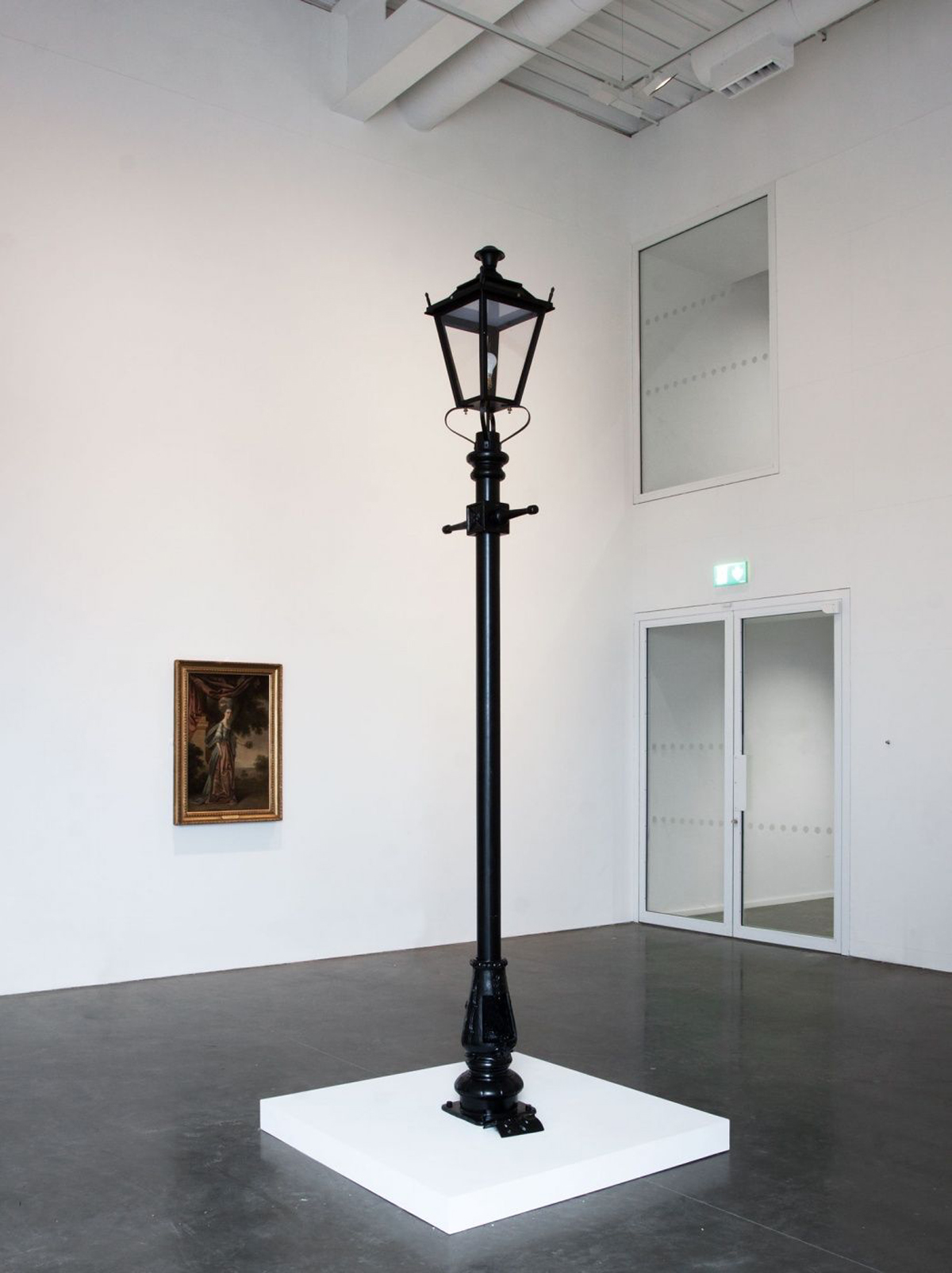 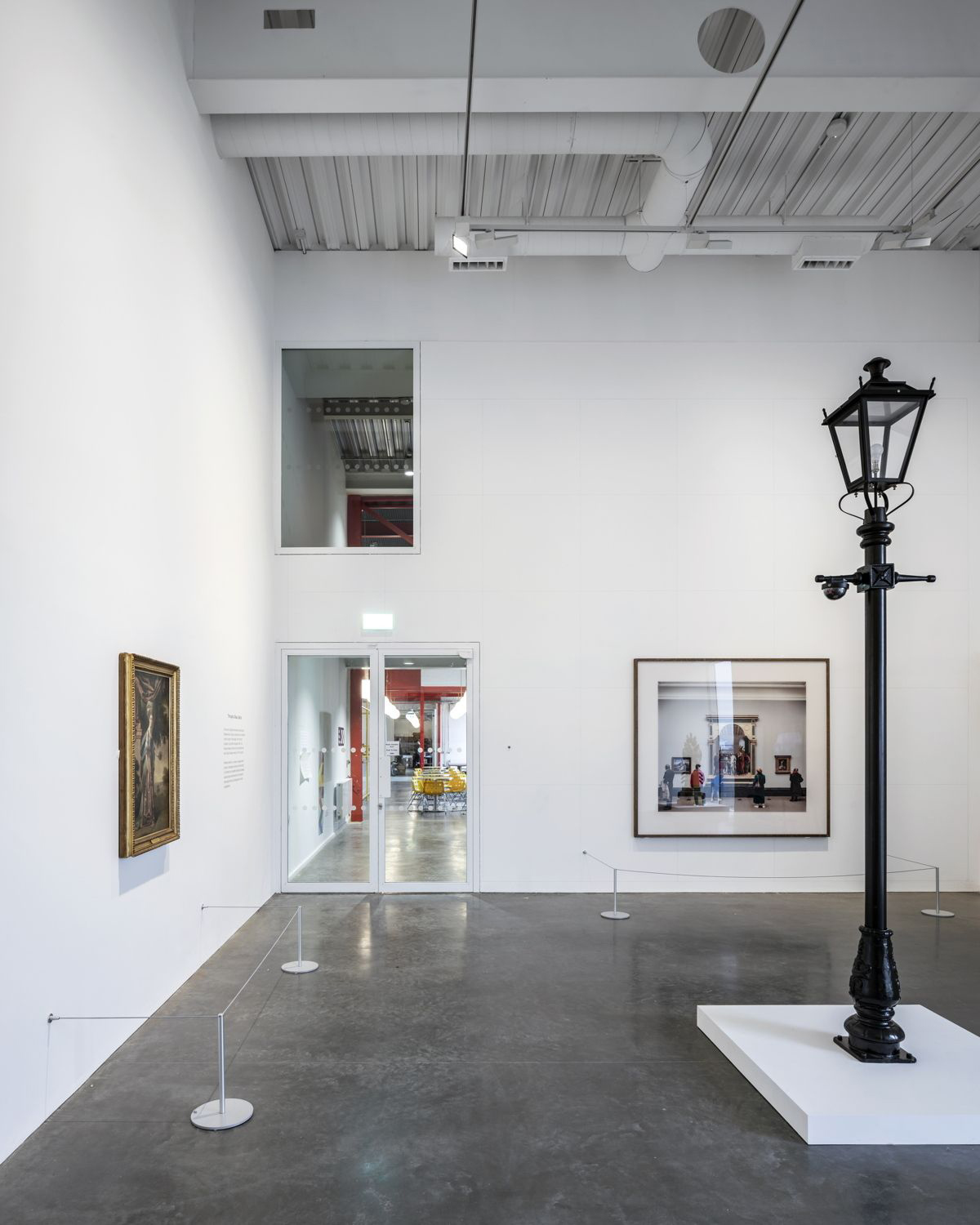 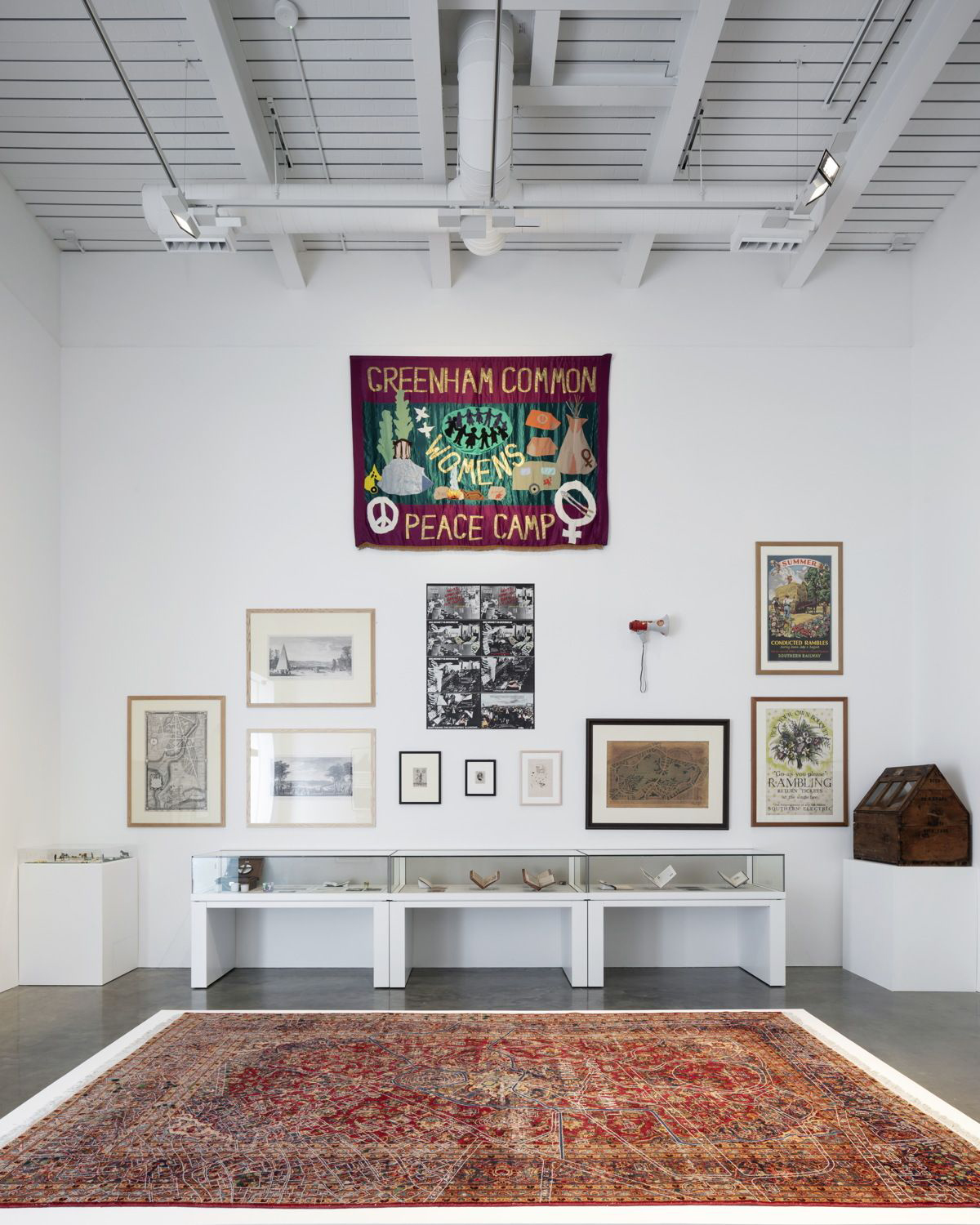 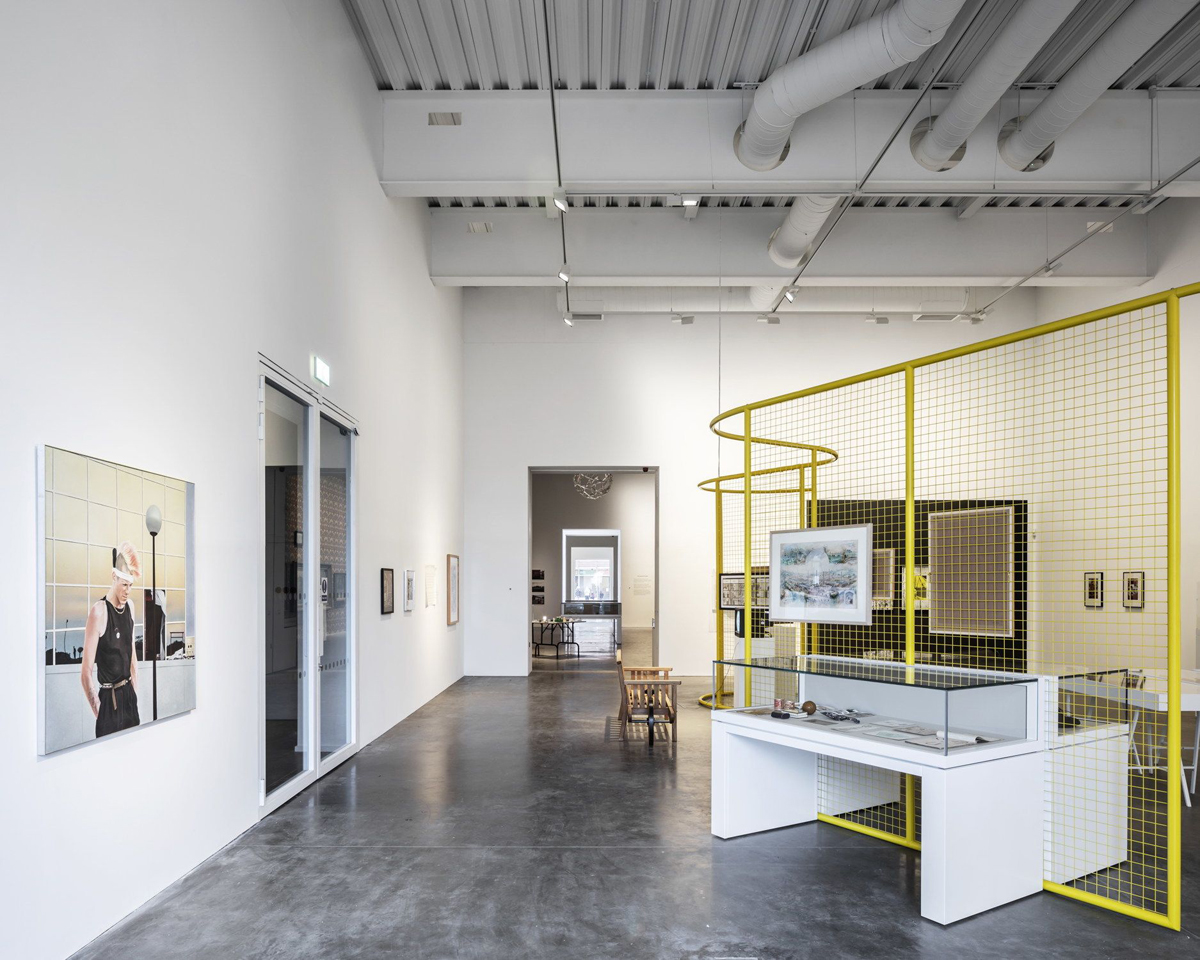 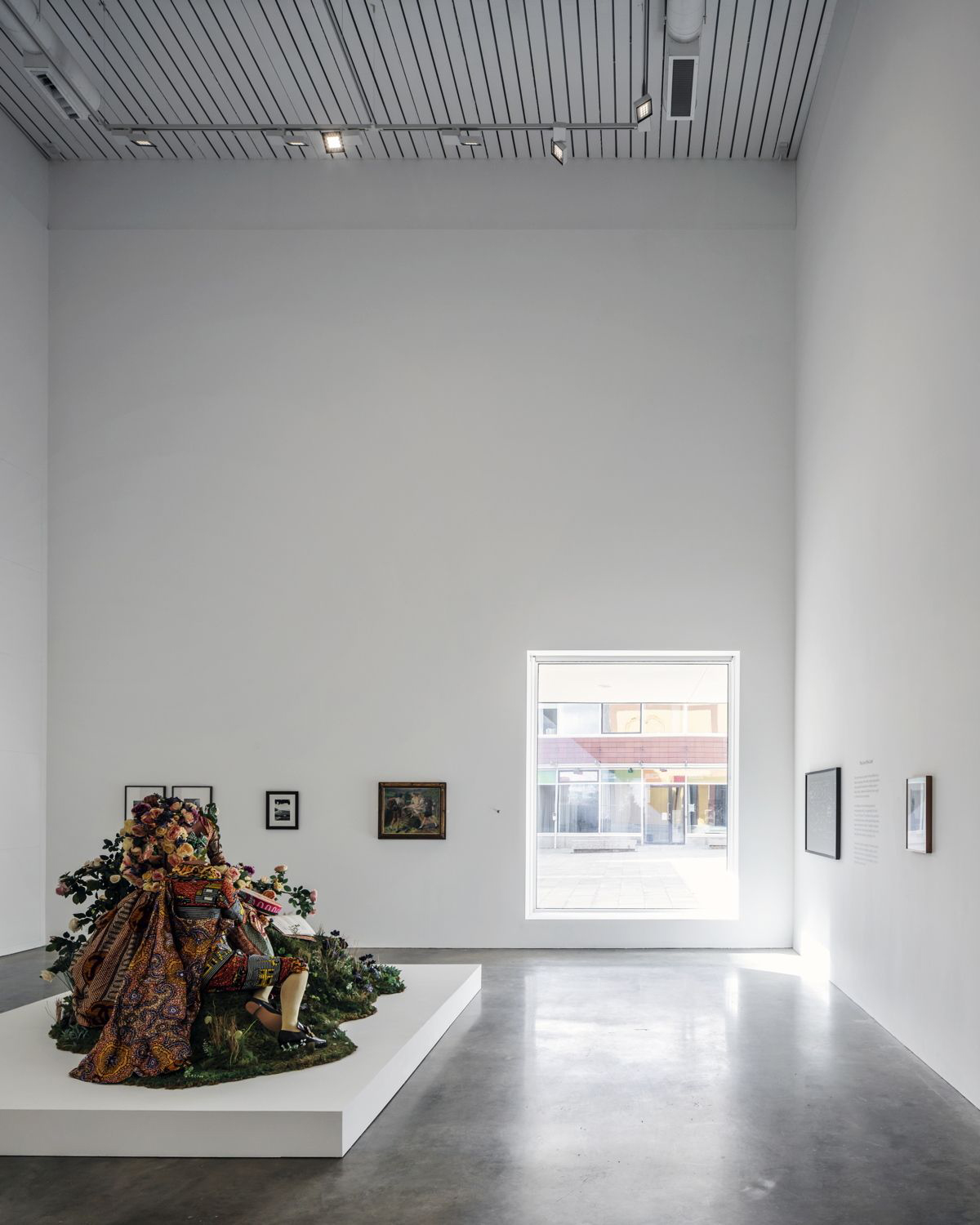 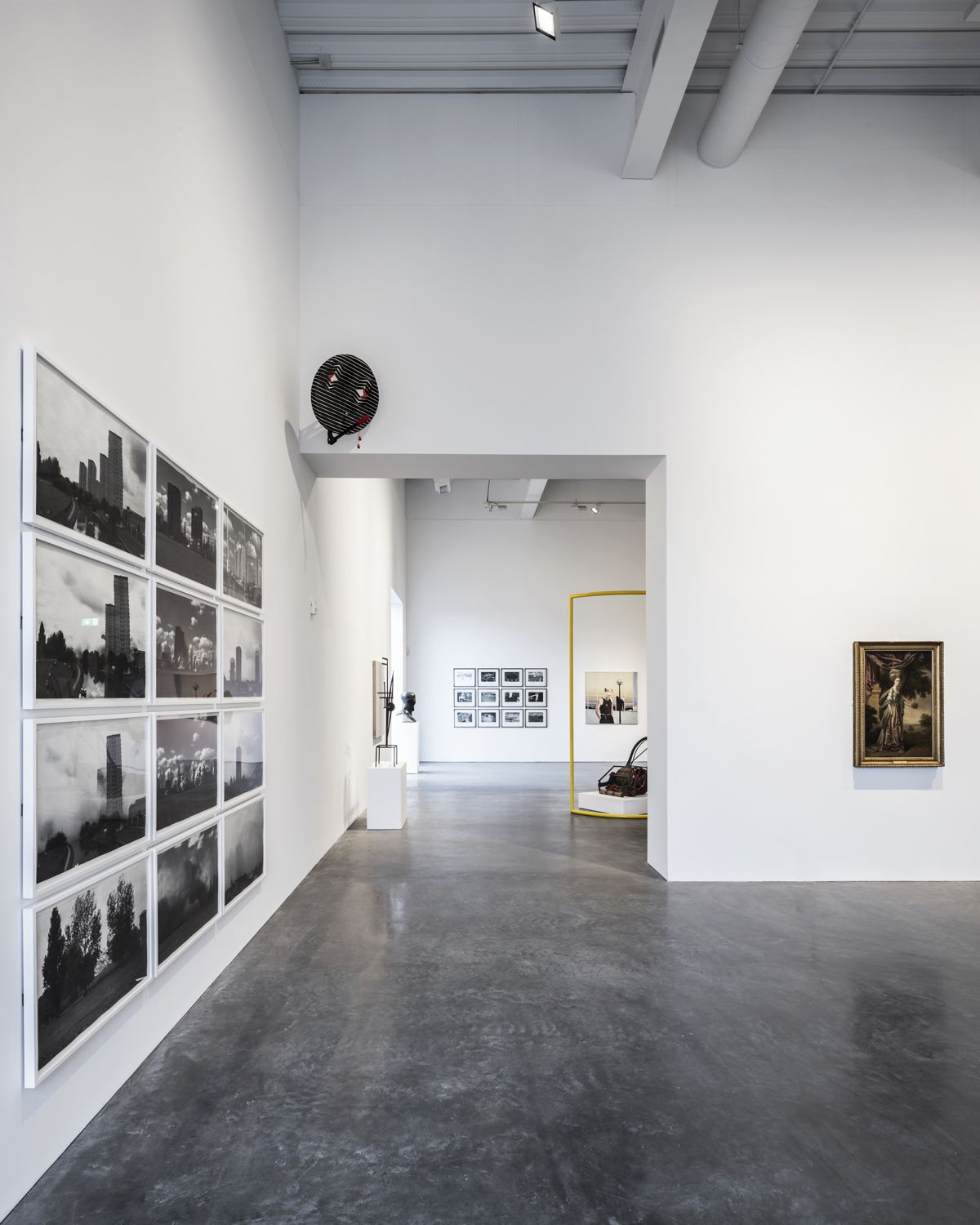 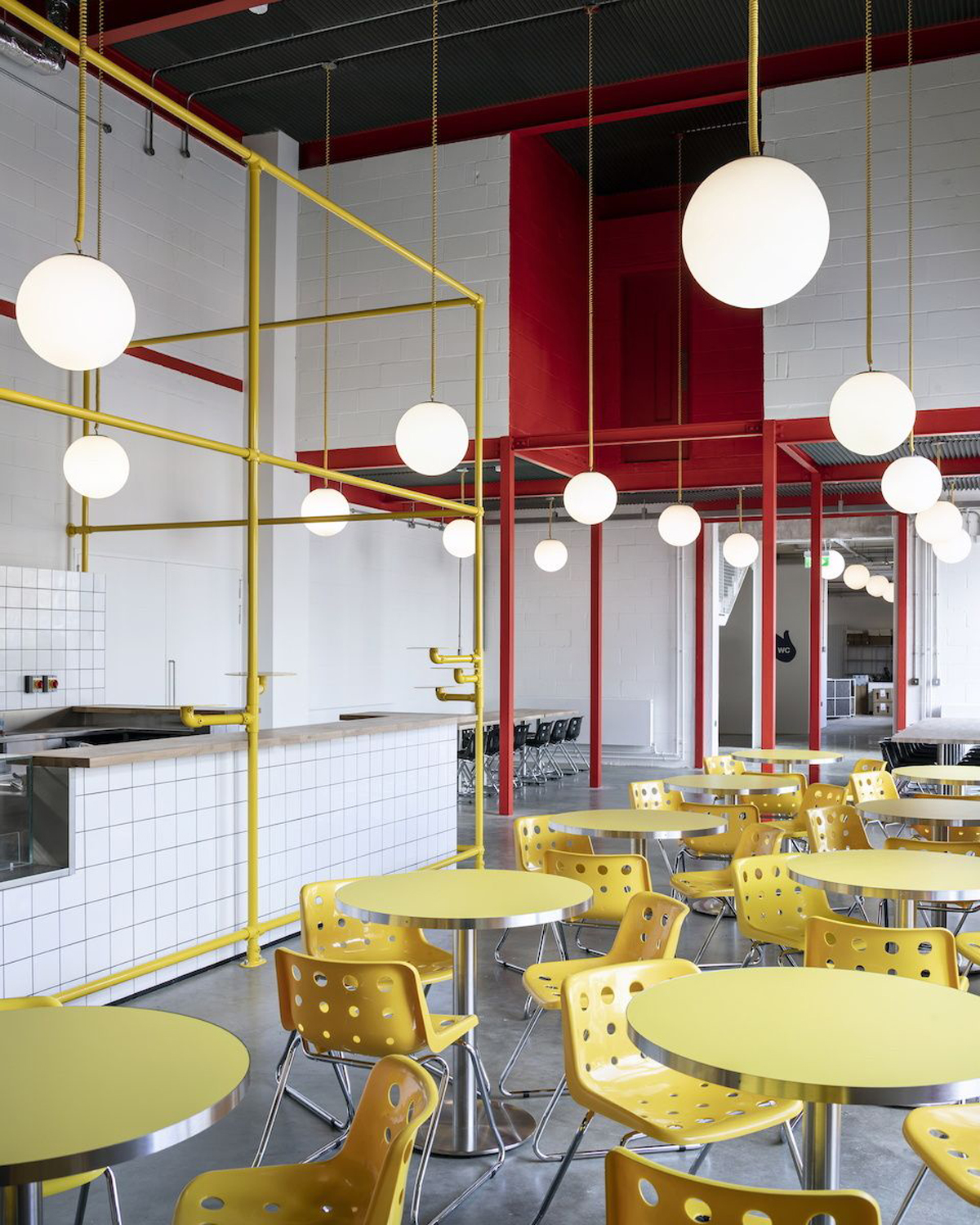 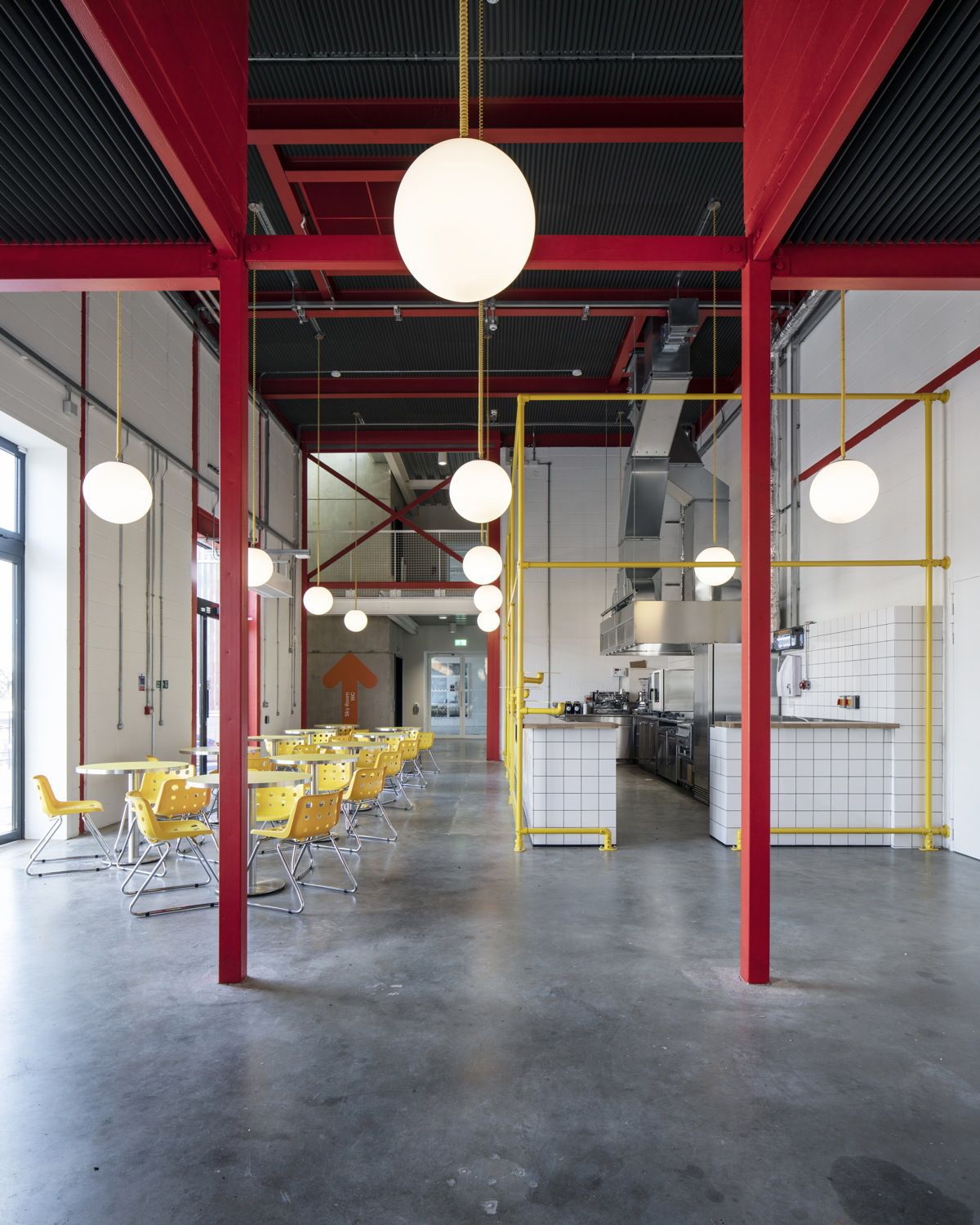 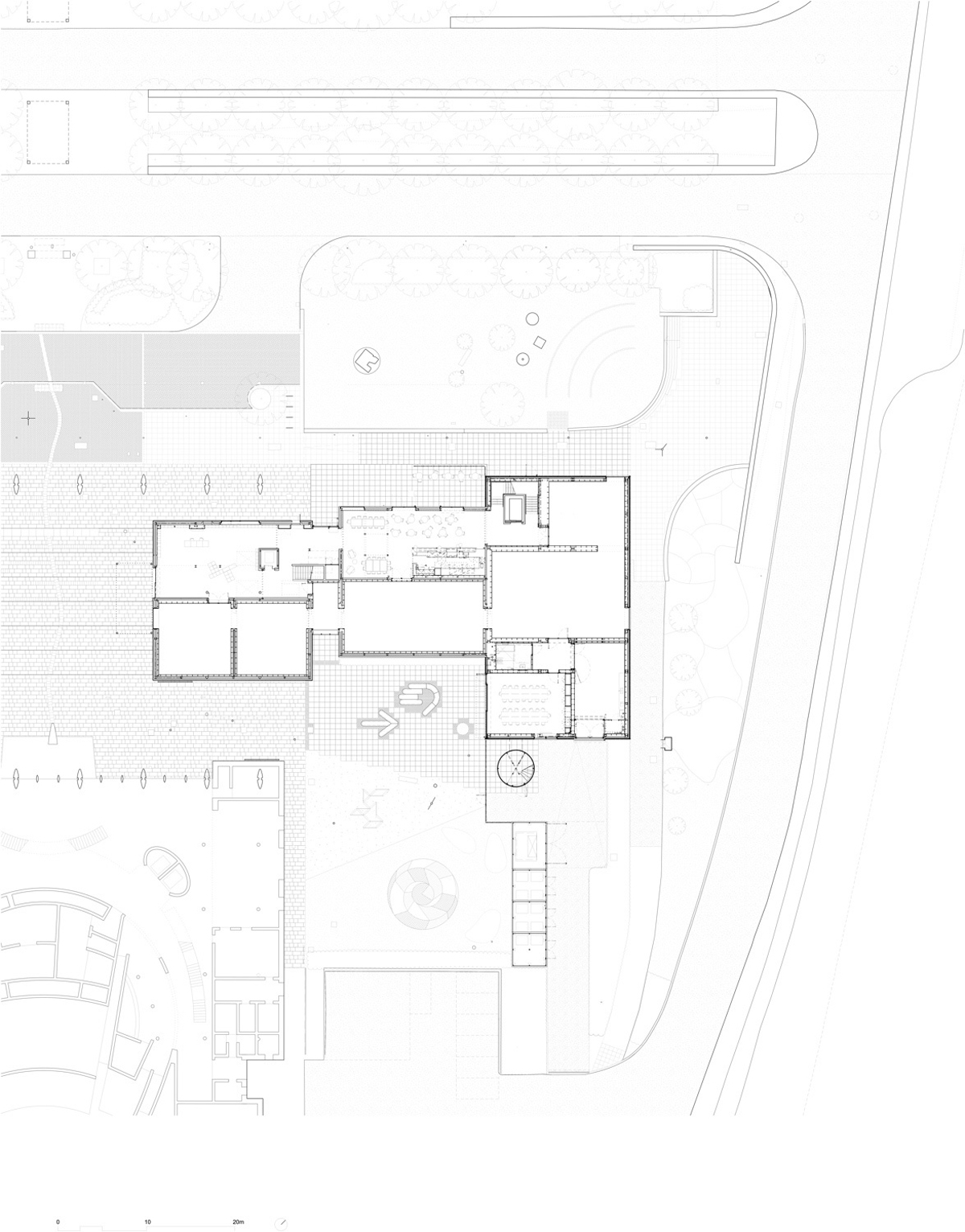 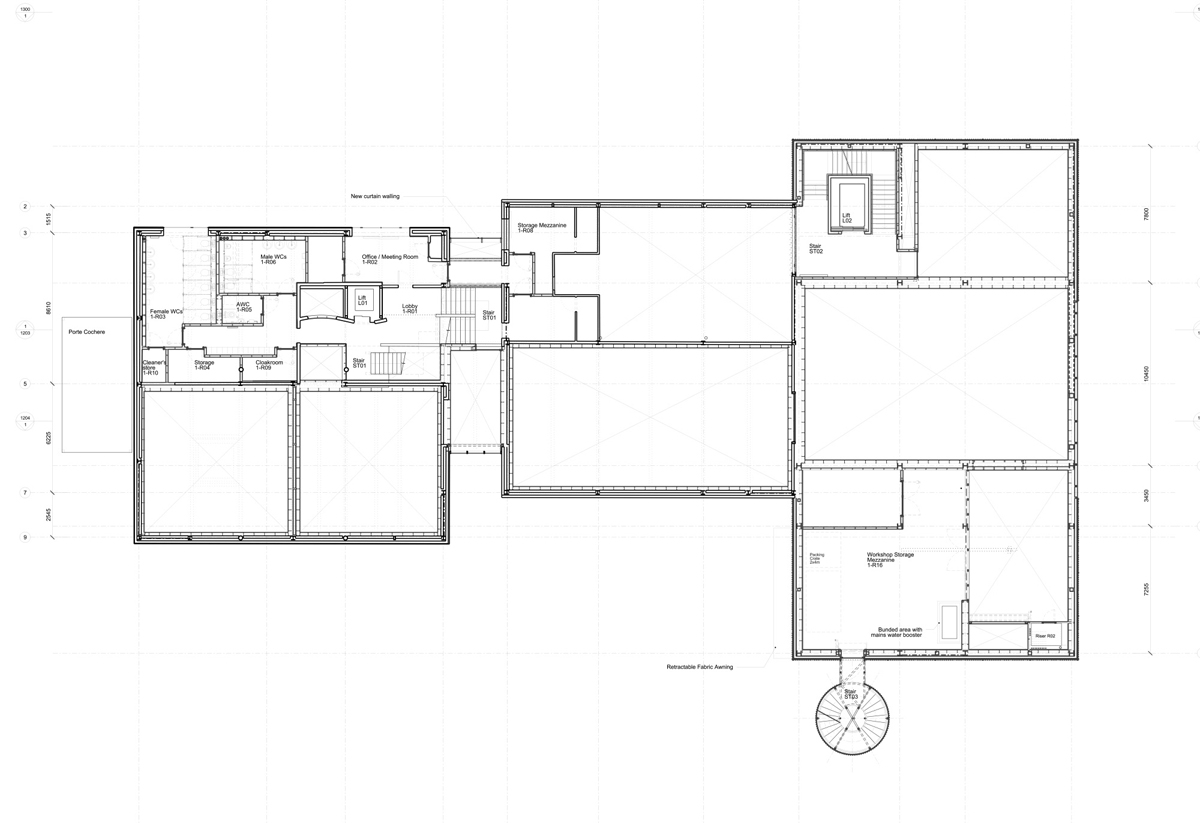 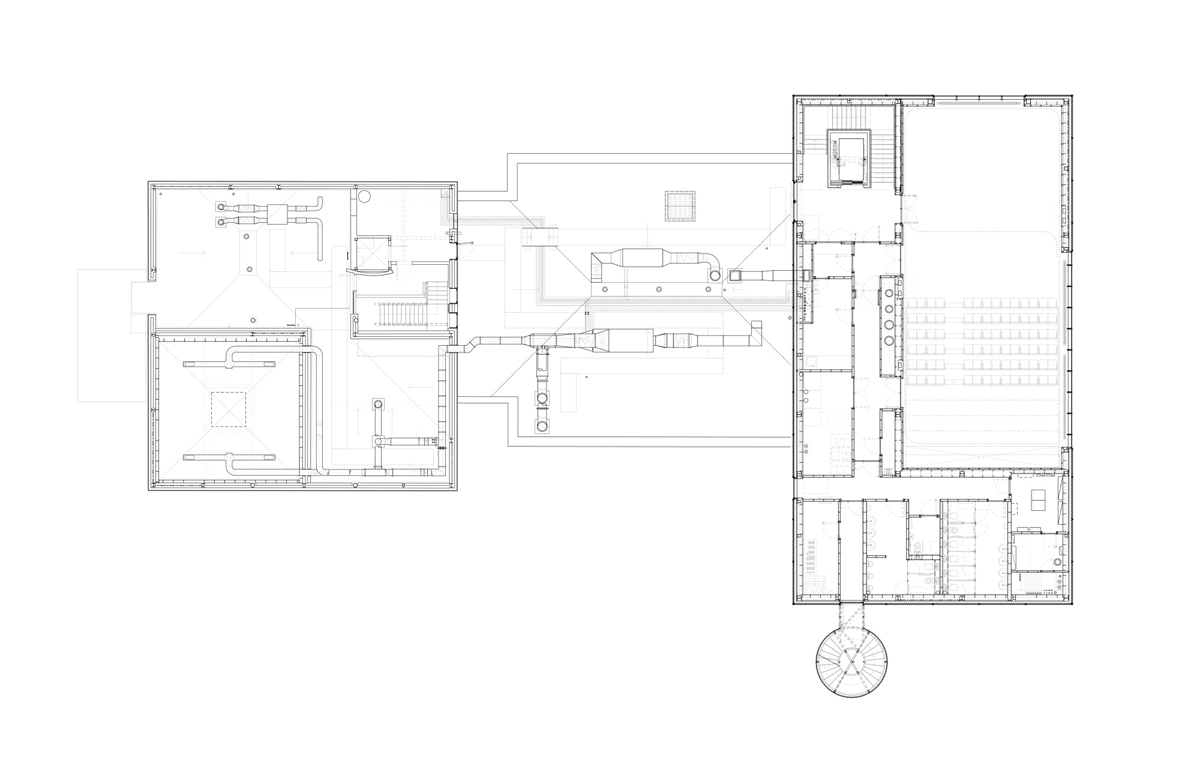 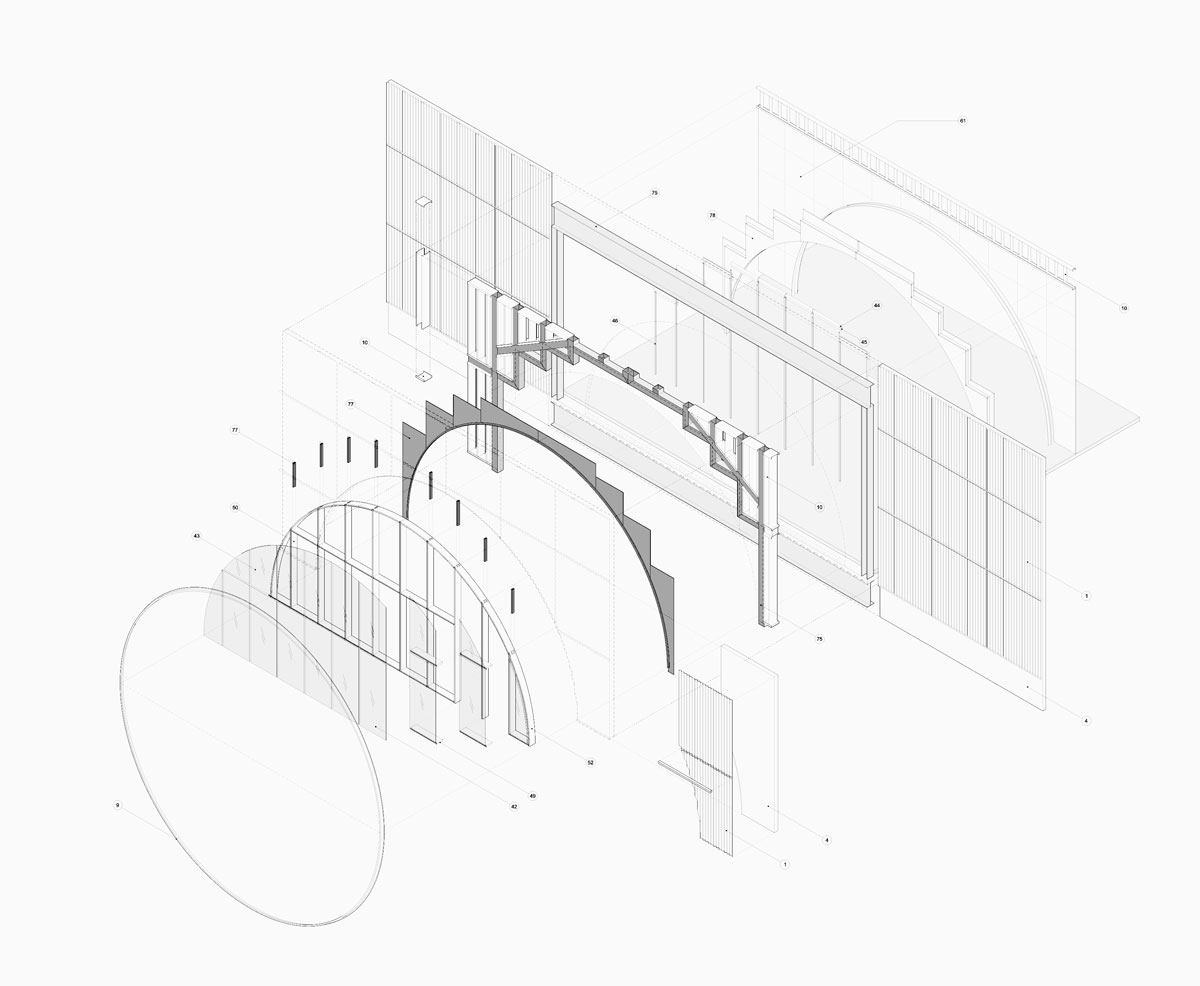