Mies van der Rohe said, “Architecture is the will of an epoch translated into space; living, changing,
new. Not yesterday, not tomorrow, only today can be given form.” In Jeddah, the historic
centre of Saudi Arabia, something is changing in today’s climate. As the city moves towards a
rapid modernization, its architectural values –which protect the singular culture of the area– are
starting to disintegrate.

Giving shape to today’s Jeddah is a complex endeavour. Its character is rooted in the past, while
the mind is set towards the future. Villa AM is the result of a five-year process of closely working
with our client, who introduced us to a very special city, community and architecture. Taking
local culture and climate as a tool to seek new spatial relationships, the house aims to answer
the will of a changing today.

A CHANGING COMMUNITY,
A CHANGING SET OF VALUES FOR DOMESTIC ARCHITECTURE

Architecture is part of the land it lives in. In Jeddah, this story goes back to the beginning of the
country. The city is the historic heart of a modernising Saudi Arabia, which is characterised by
a vast amount of vernacular architecture based on an ancient desert and Arabian culture —enriched
by the presence of the sea and harbour. Contrary to popular assumptions, Jeddah is not
Dubai.

To design in Jeddah’s complexity, it’s vital to understand its traditions, values, and beliefs. Traditionally,
the Arabian home functions both as a private sanctuary and social, semi-public space,
which constitutes an interesting paradox still defining most of the local architecture today. Villa
AM carefully balances its design between preserving the core of this ancient building tradition
and manifesting the mindset we find in the community of Jeddah today. The house thus aims to
rethink a traditional way of living.

In Jeddah, summers are long, sweltering, muggy, and arid, while winters are short, warm, dry,
and windy. Aside from their social function, the exterior spaces of Arabian buildings (patios and
rooftops) have an essential role in mitigating climatic factors. Since its foundation, the vernacular
architecture in Jeddah has used its materials, courtyards and openings in an eco-efficient
sense, creating cool and comfortable indoor home environments. Villa AM, in this sense, is no
different.

The house looks for shade and breezes of air, which in Jeddah comes from the mythic East-
North wind swaying about 10m above the ground. In order to get to that wind, the second floor
of the house drops to the back, creating a second patio looking out onto the city and the sunset
to the West while alleviating the shape of the volume. Meanwhile, an outside passageway downstairs
generates natural cooling across the ground floor.

PRIVACY AND HOSPITALITY AT HOME:
ARCHITECTURE AS A TOOL TO SHIFT PERSPECTIVES AND EXPECTATIONS

The programme of Villa AM reflects the habitual segmentation between guests, family and
staff. These are the remnants of an Arabian culture prone to visual privacy, which explains the
particular placement and sizes of doors, windows and openings; the control of building heights
and balconies; the movement fluxes that vary according to the house user. Therefore, we traditionally
find U-shaped houses in Jeddah, which are built around a shared courtyard and house
the family on one side and guests on the other, doubling the installations needed for each of
them.

Villa AM incorporates the family’s openness, generosity and contemporary mindset. Though
privacy is still present in the home’s programme, the house uses its L-shaped form to create a
closer relationship between family and guest by blurring its spatial limits and using the garden
as in-between areas to connect the two visually. The house thus becomes a fluid entity —an
initial step towards a new kind of domestic architecture in Jeddah.

THE INTENSITY OF THE EPHEMERAL: LIGHT AS AN ACTIVE AGENT
DETERMINING ARCHITECTURAL ATMOSPHERES

Light in Jeddah hits differently. Sunrays easily find their way through the windows and hit the
house’s interiors in a very daunting manner. Throughout the day, the place is capable of displaying
multiple colour palettes. With sunrise and dusk being the most memorable moments, light
in Jeddah goes from the coldness of the first hours to the heat and brightness of noon, finishing
with still, peachy-coloured skies when the sun is setting.

Villa AM has been designed in a way that these three moments can be experienced through
climate, site-specific architectural decisions. The house is a continuous game of walls setting
shade on the right space at the right time. Windows face all four directions, allowing the interiors
to receive multiple types of lighting during the day, while exterior passageways are determined
by high walls that create shadowed paths, enabling convenient use of these spaces even
in the heat. Therefore, light becomes an active agent shaping the usability and mood of Villa
AM.

VILLA AM: A FIVE-YEAR-LONG CULTURAL CONVERSATION
AND A JOURNEY INTO THE UNKOWN

Villa AM’s grandeur doesn’t only lay in its outcome. Memorable moments and crucial decisions
have been taken in the process, shaping the house into what it looks like today. In 2016, when
the project landed in our studio, we didn’t know what to expect: a challenging distance, a unique
culture, and an inability to overview what was going on immediately. Again, designing for the unknown
made so much sense.

Reflecting on the unfolding of the house, one can’t help but ponder on the bond forged after
five years of ongoing conversations with our client, who has allowed us to investigate without
judgment and to make mistakes, helping us to understand and work on his willingness to create
something different and unique that fit a set of contemporary values that we, as humans and
architects, support as well.

Along the way, lessons, visions, and vernacular know-how have determined the project in unexpected
and challenging ways. Differences encountered were seen as advantages, learning how
to decode them and turn our vision into a reality that met the client’s expectations, considered
the land’s culture and traditions, and aligned with the nation’s vision of contemporaneity. Villa
AM isn’t only an architectural statement; it’s a journey of discovery and audacity into the unknown. 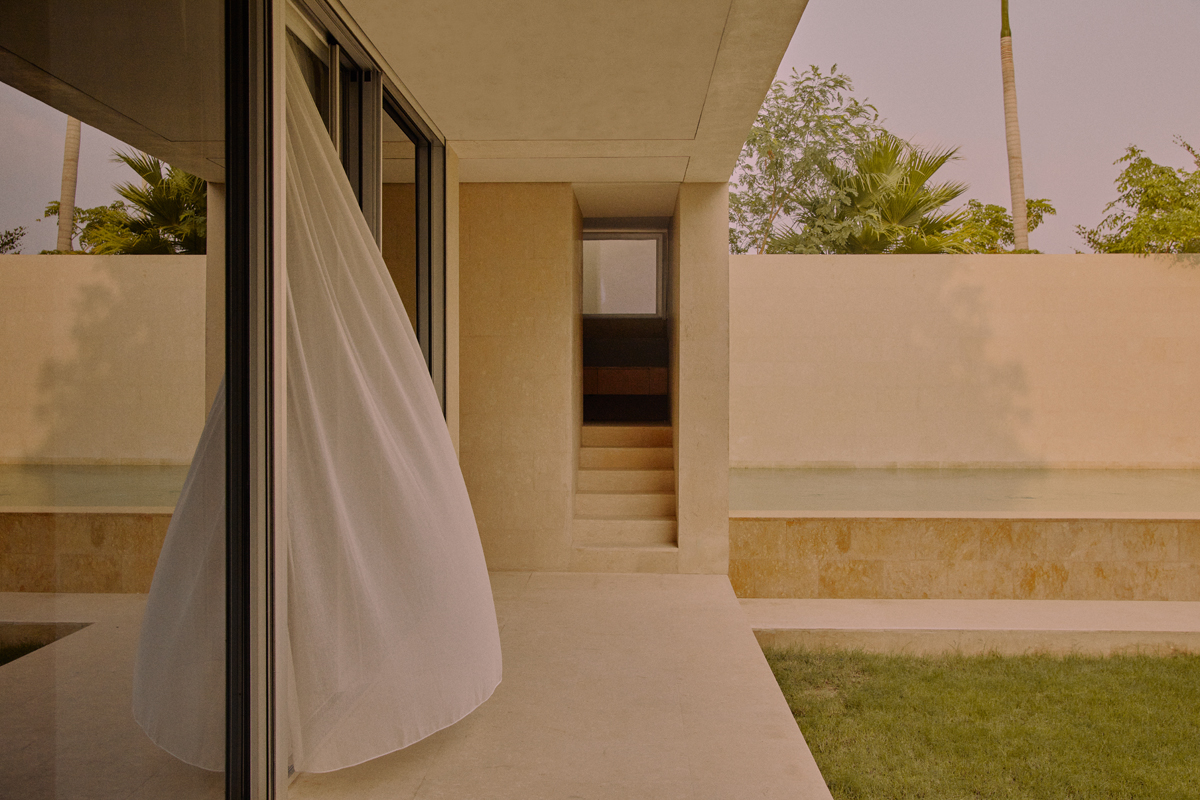 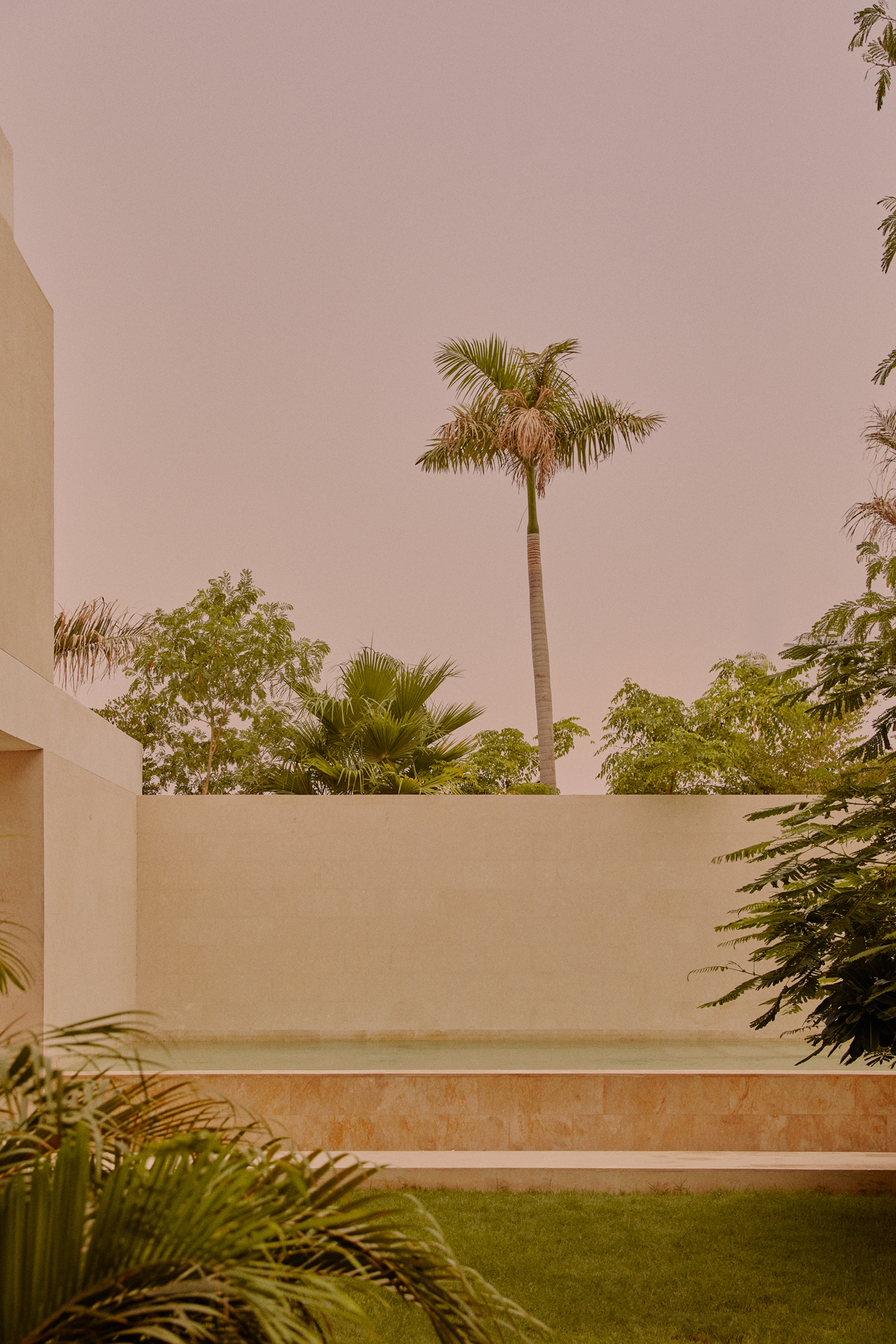 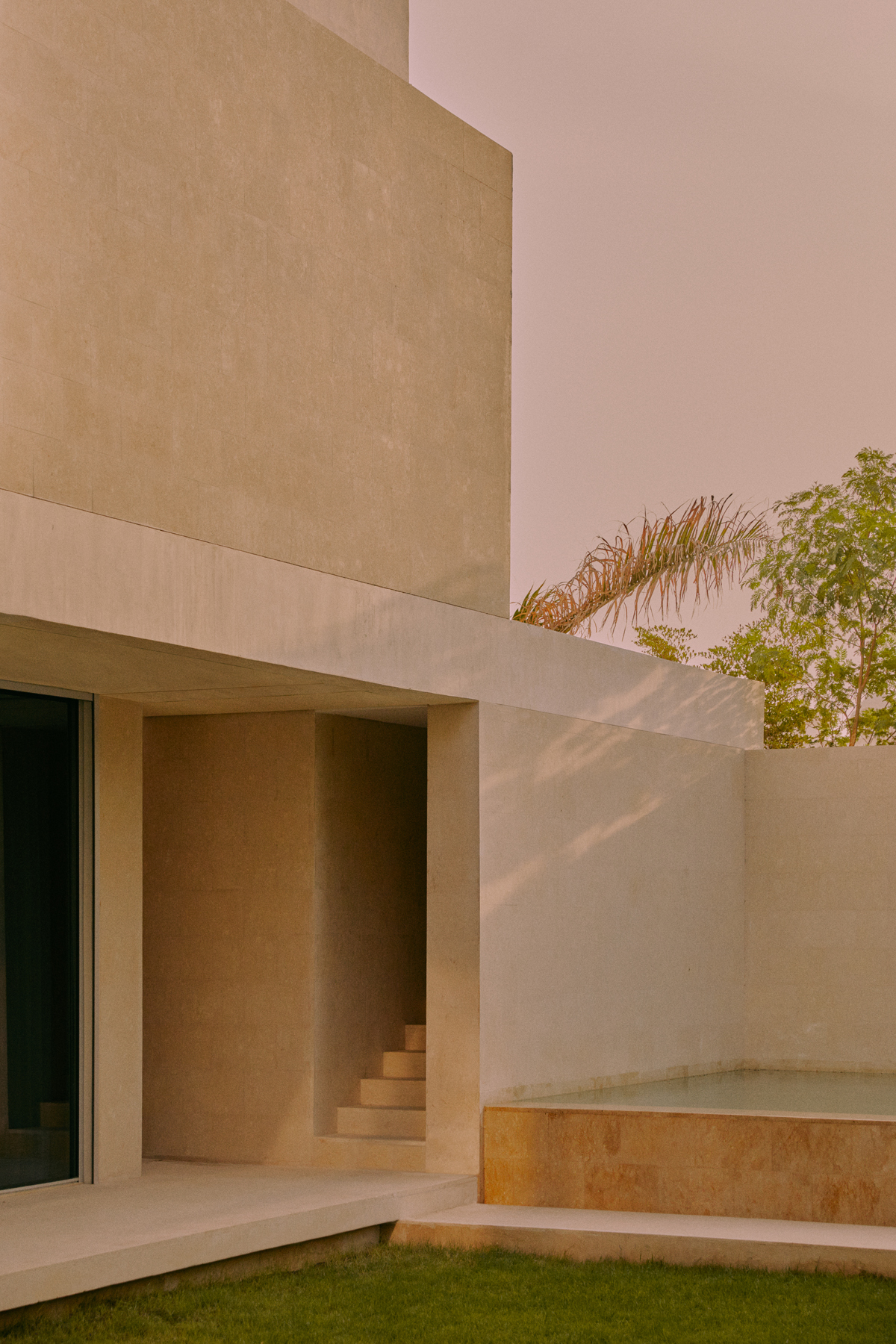 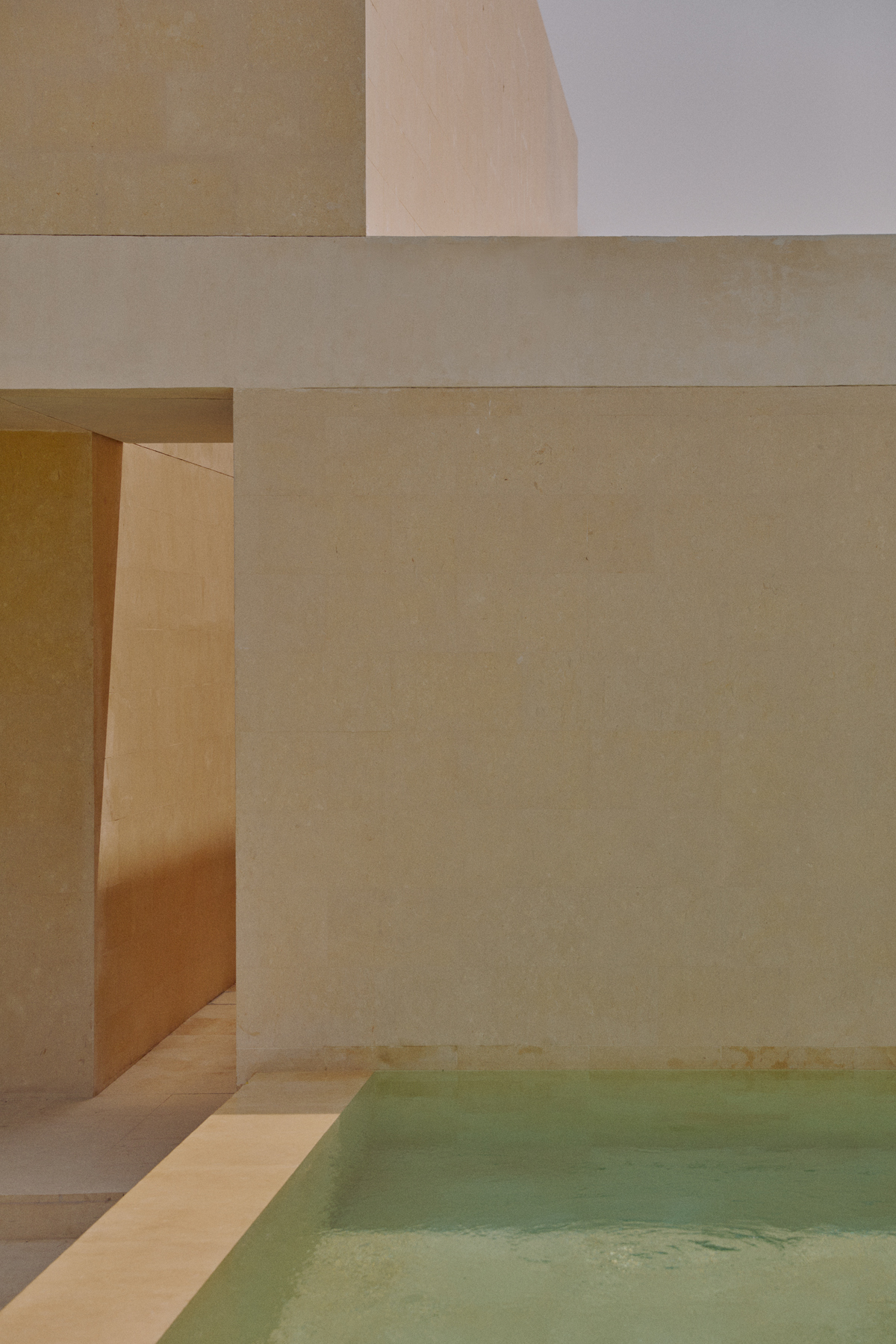 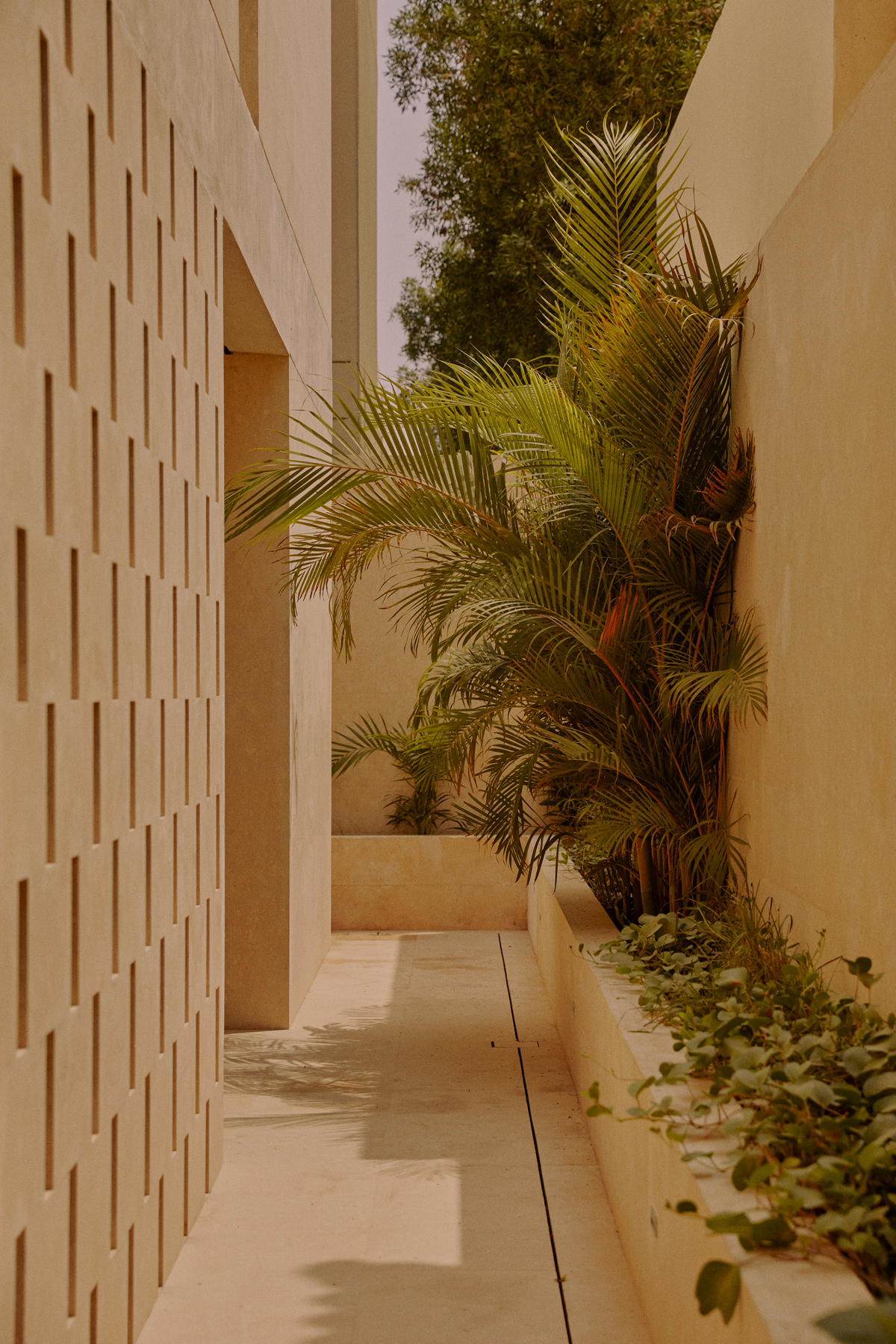 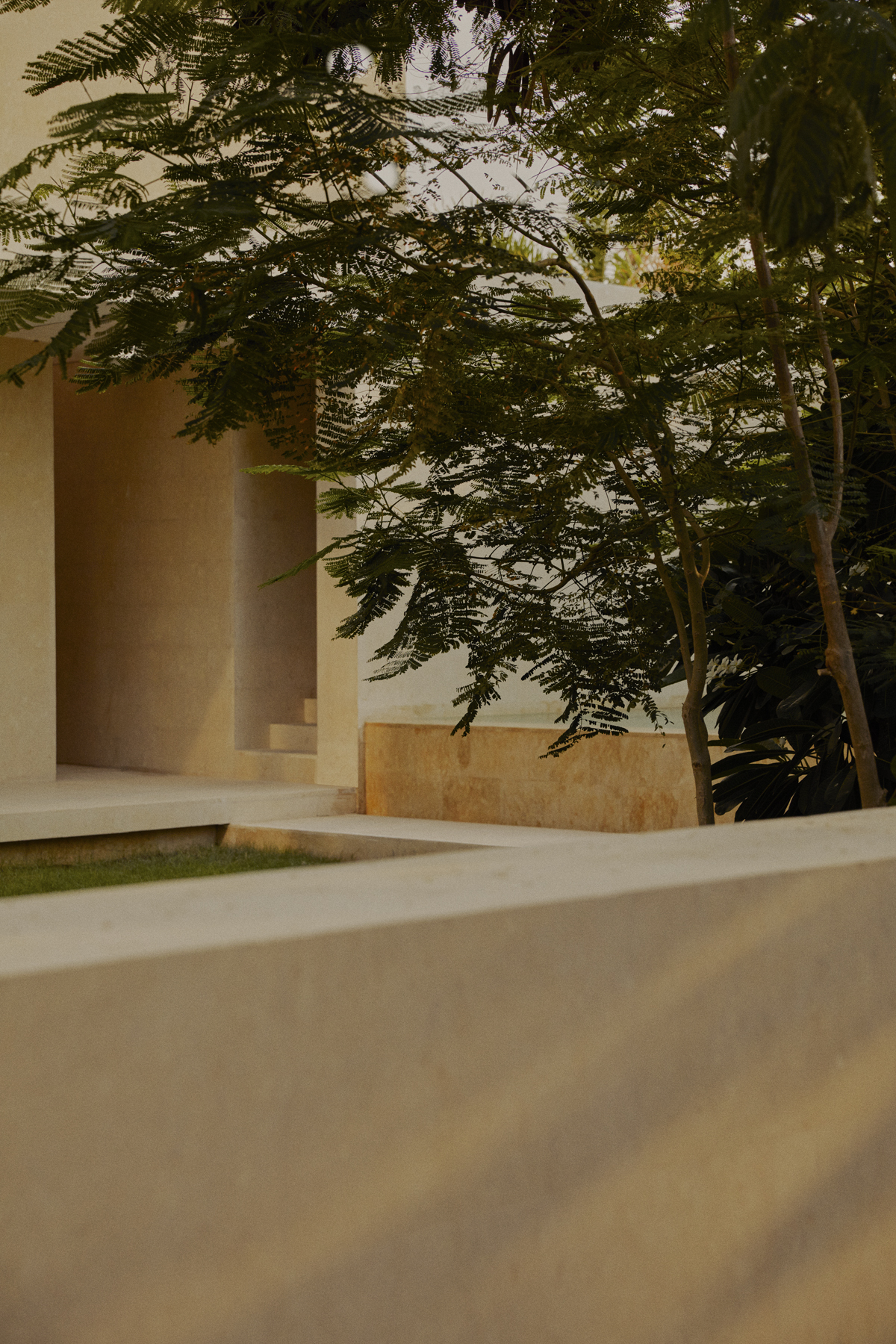 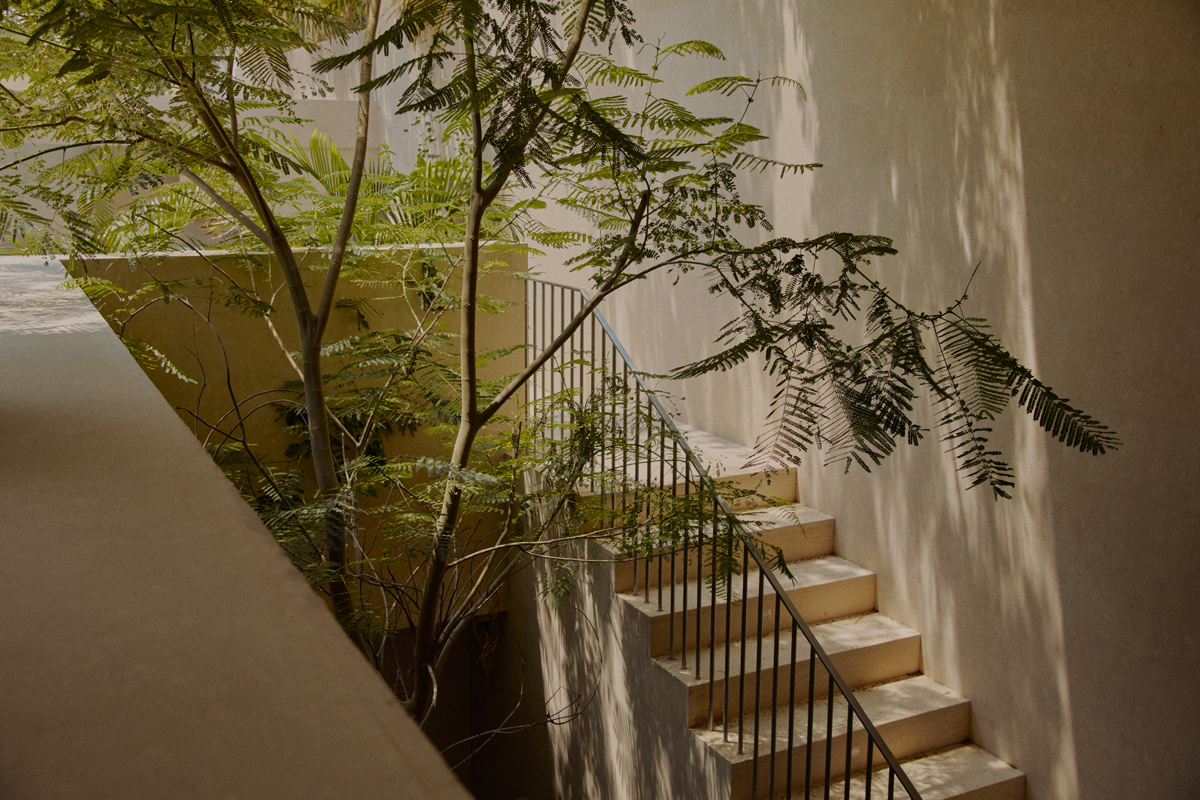 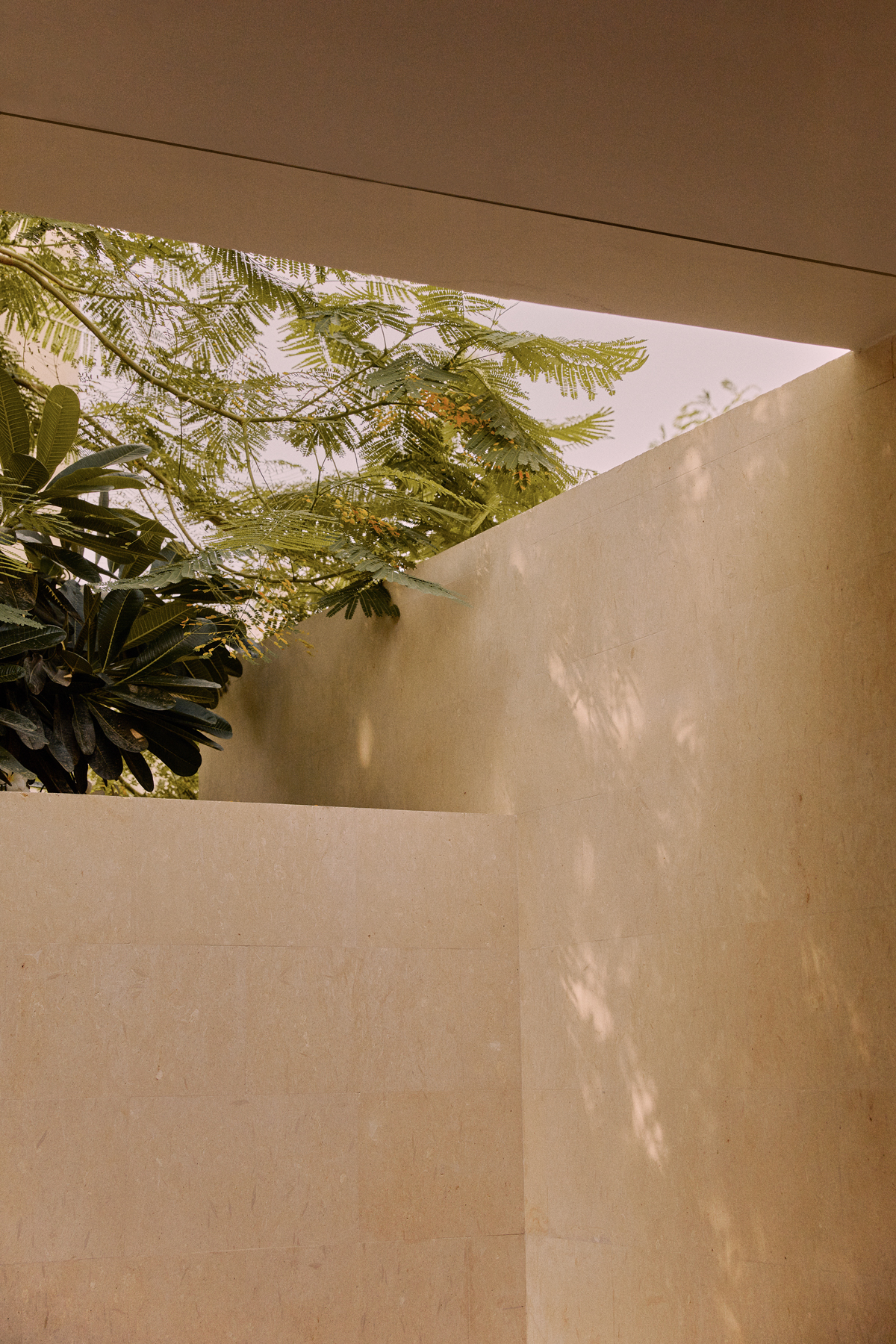 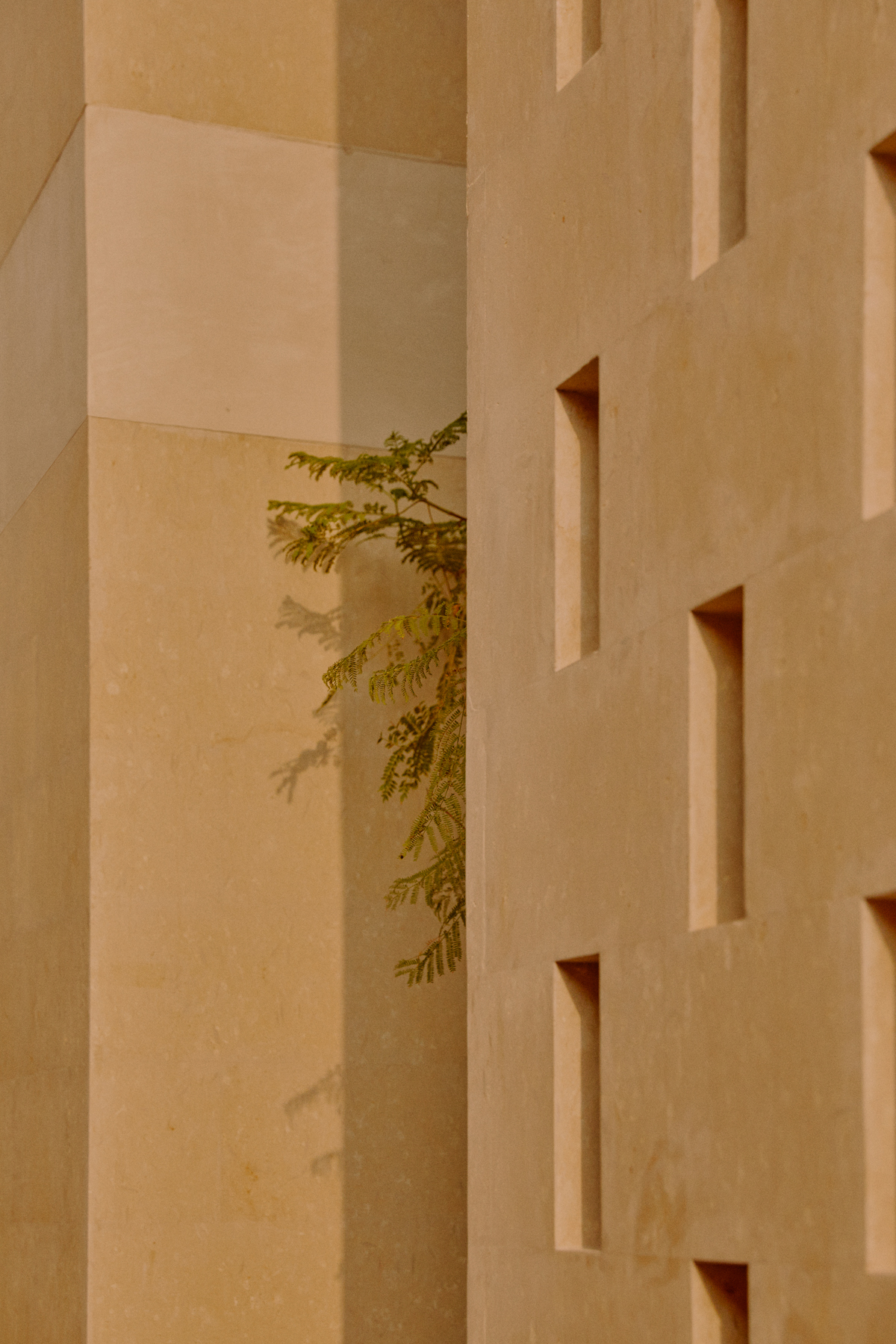 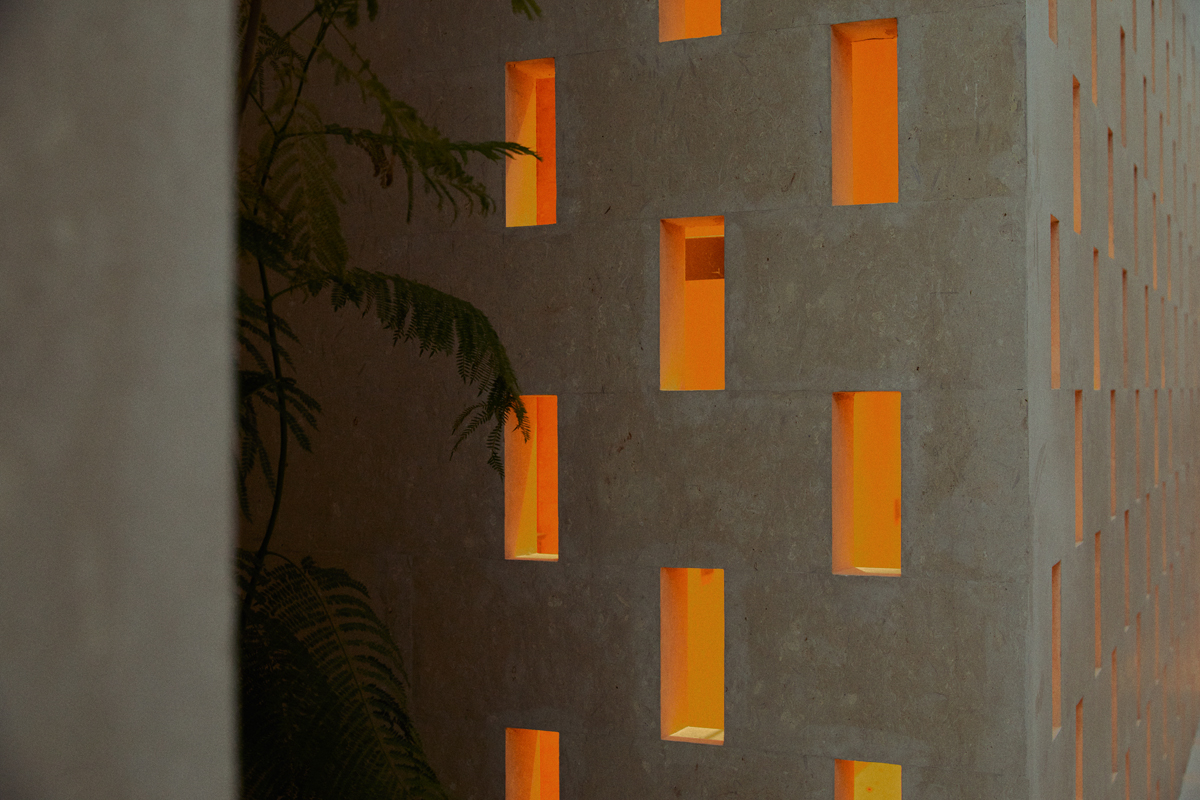 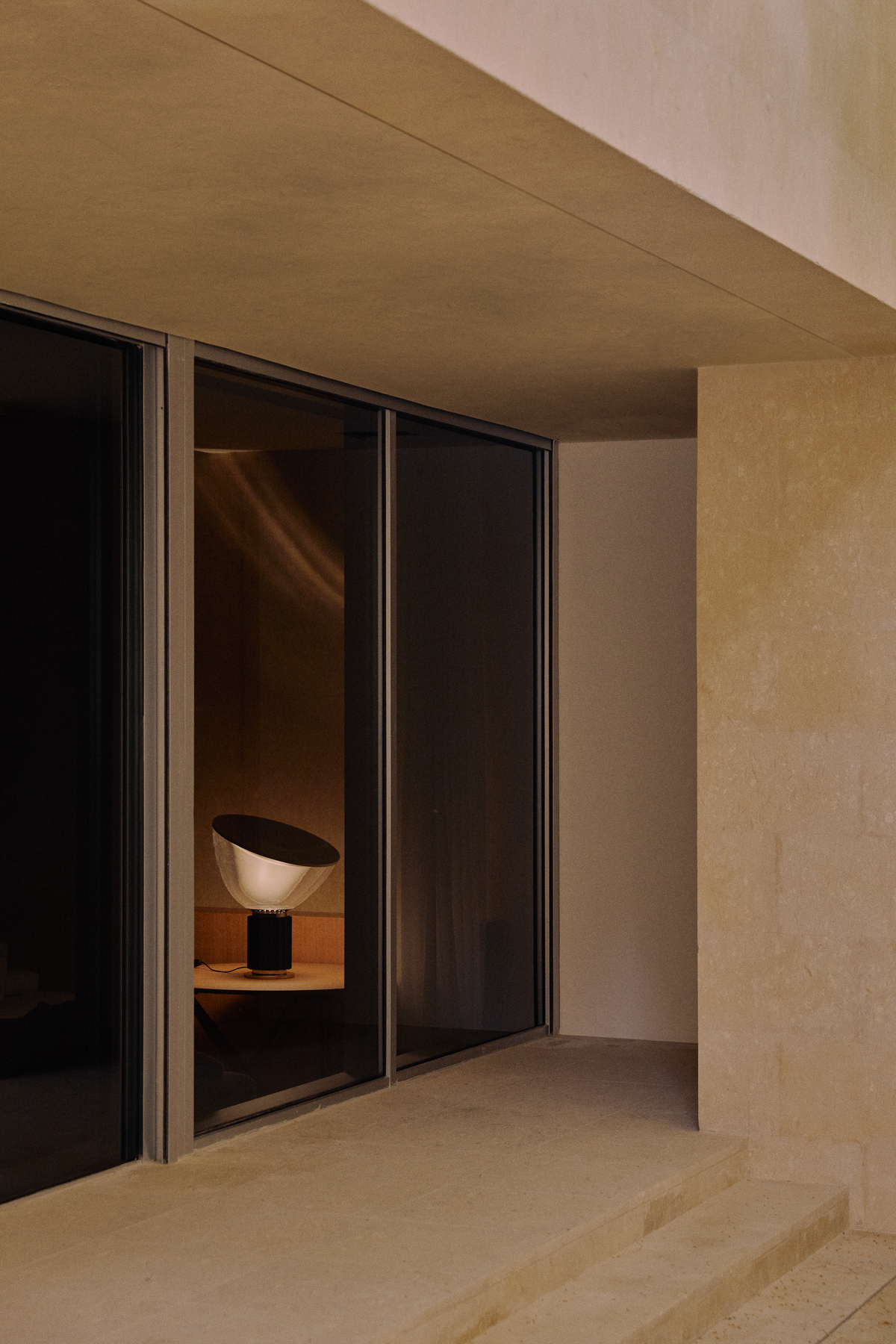 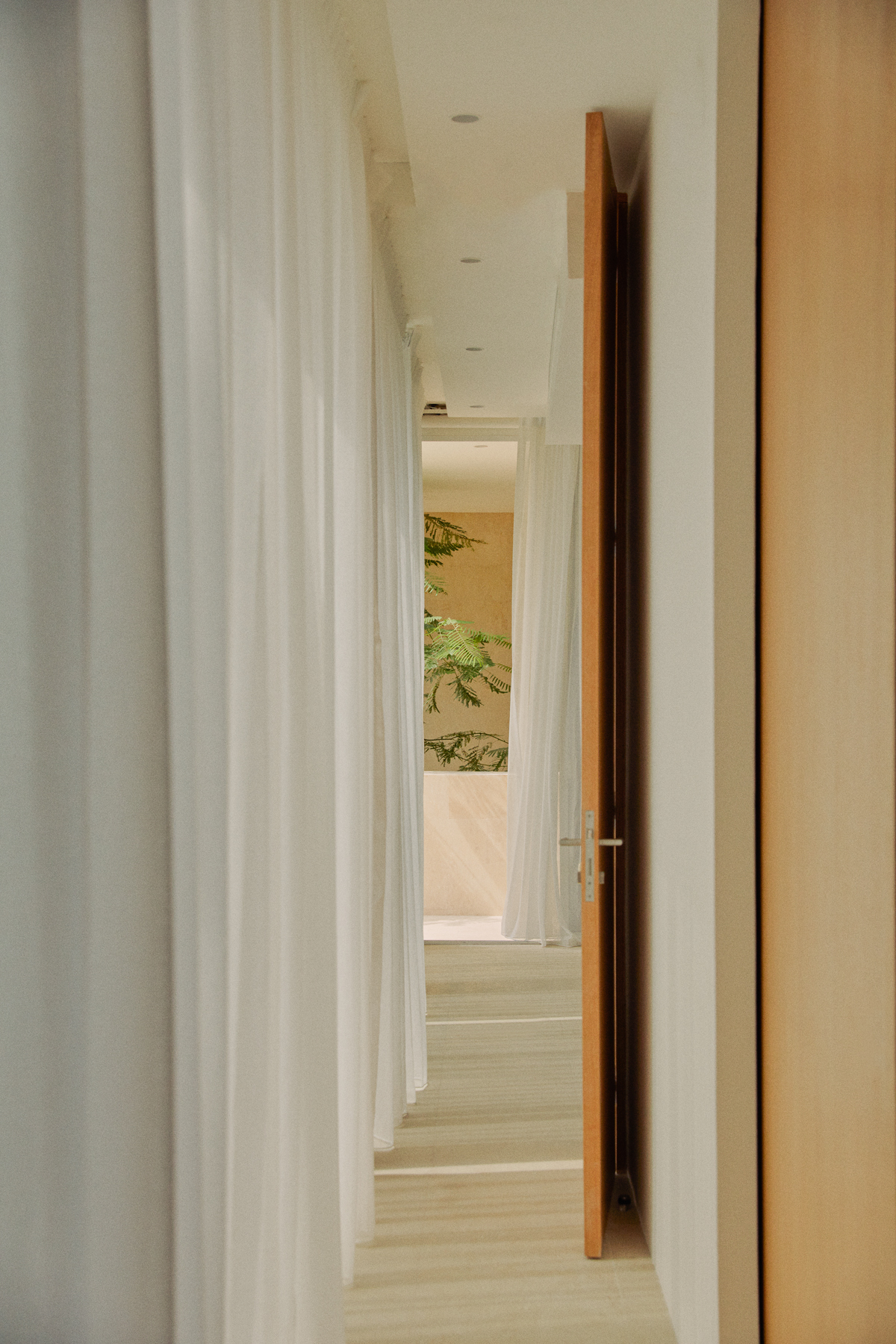 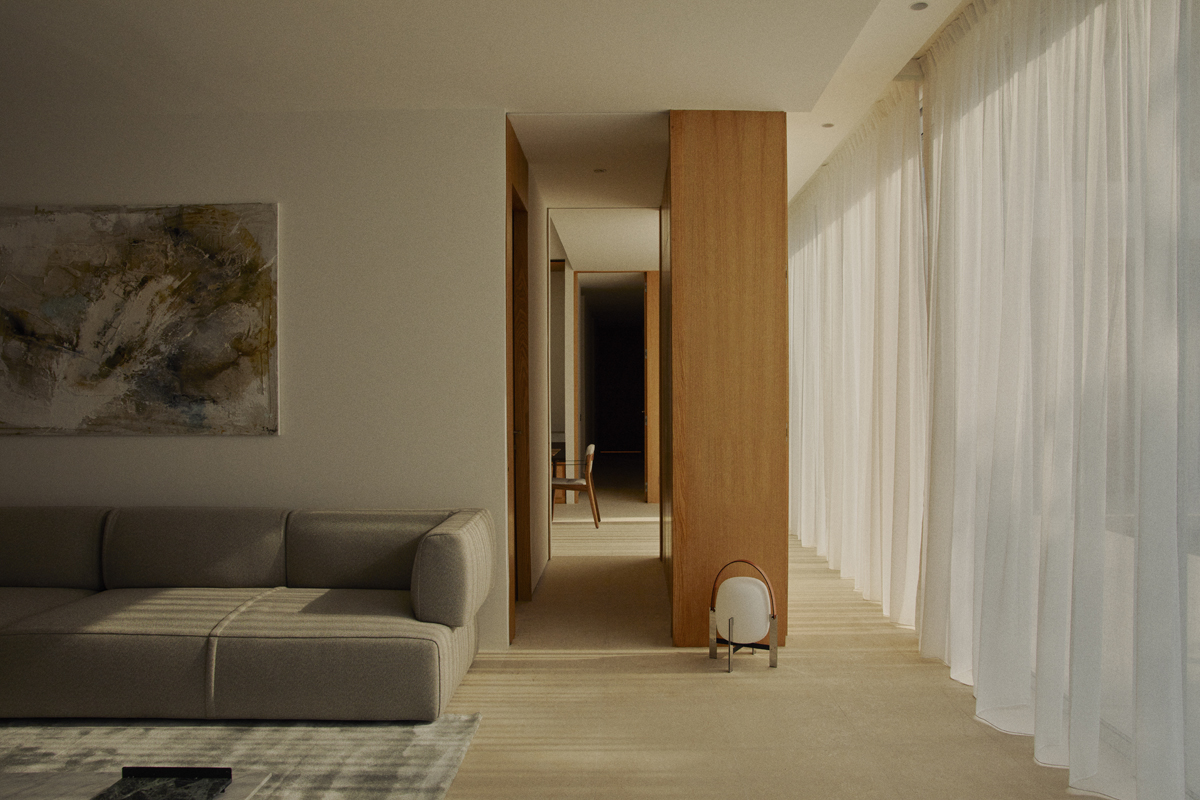 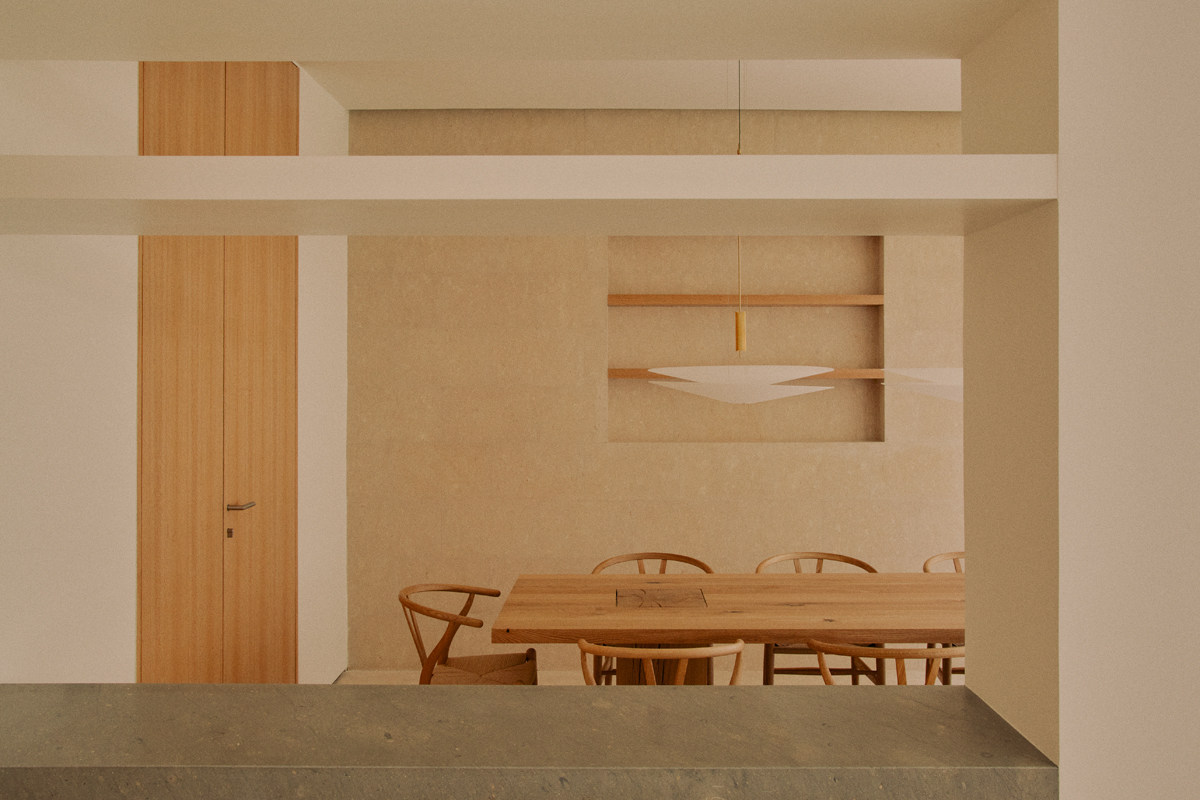 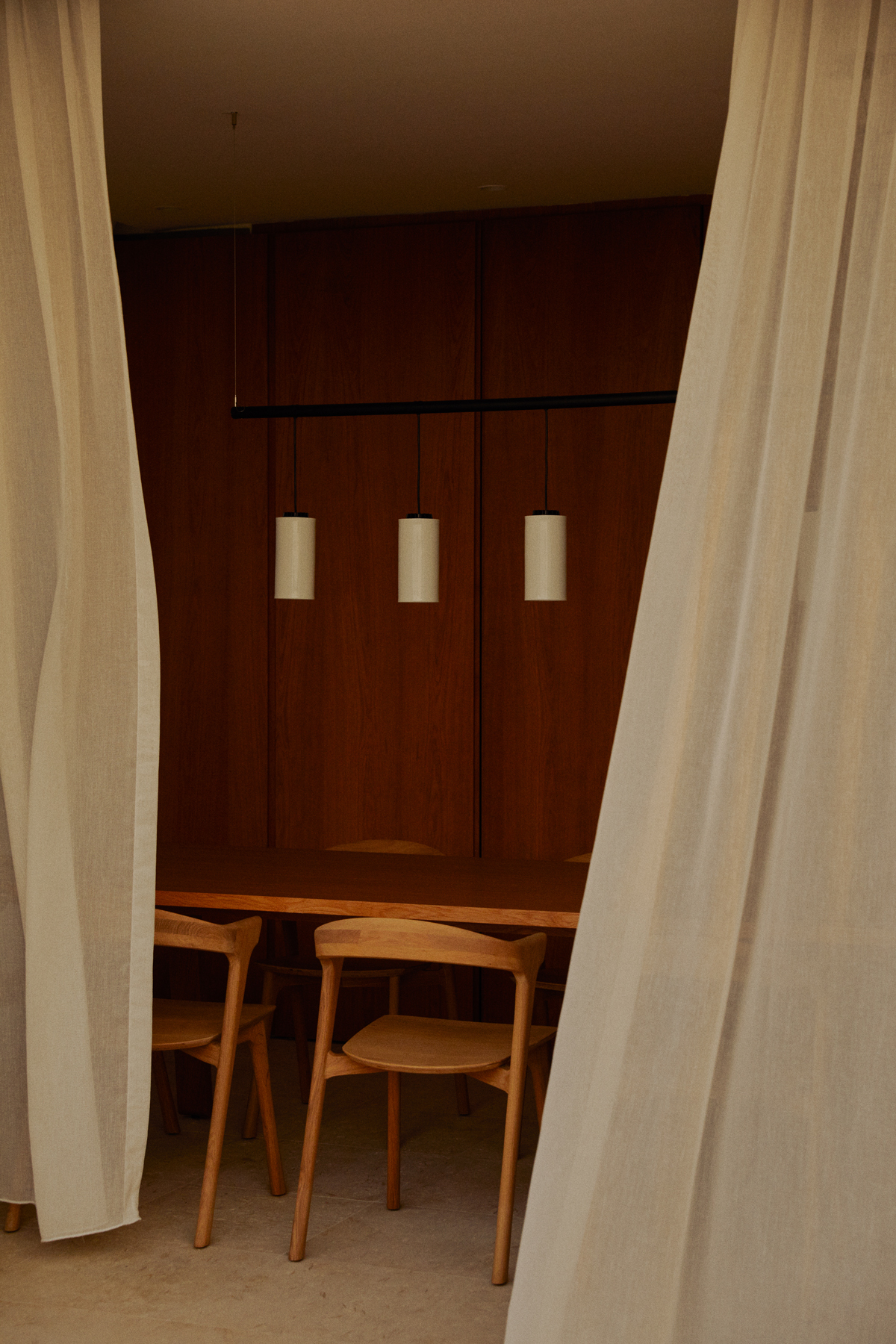 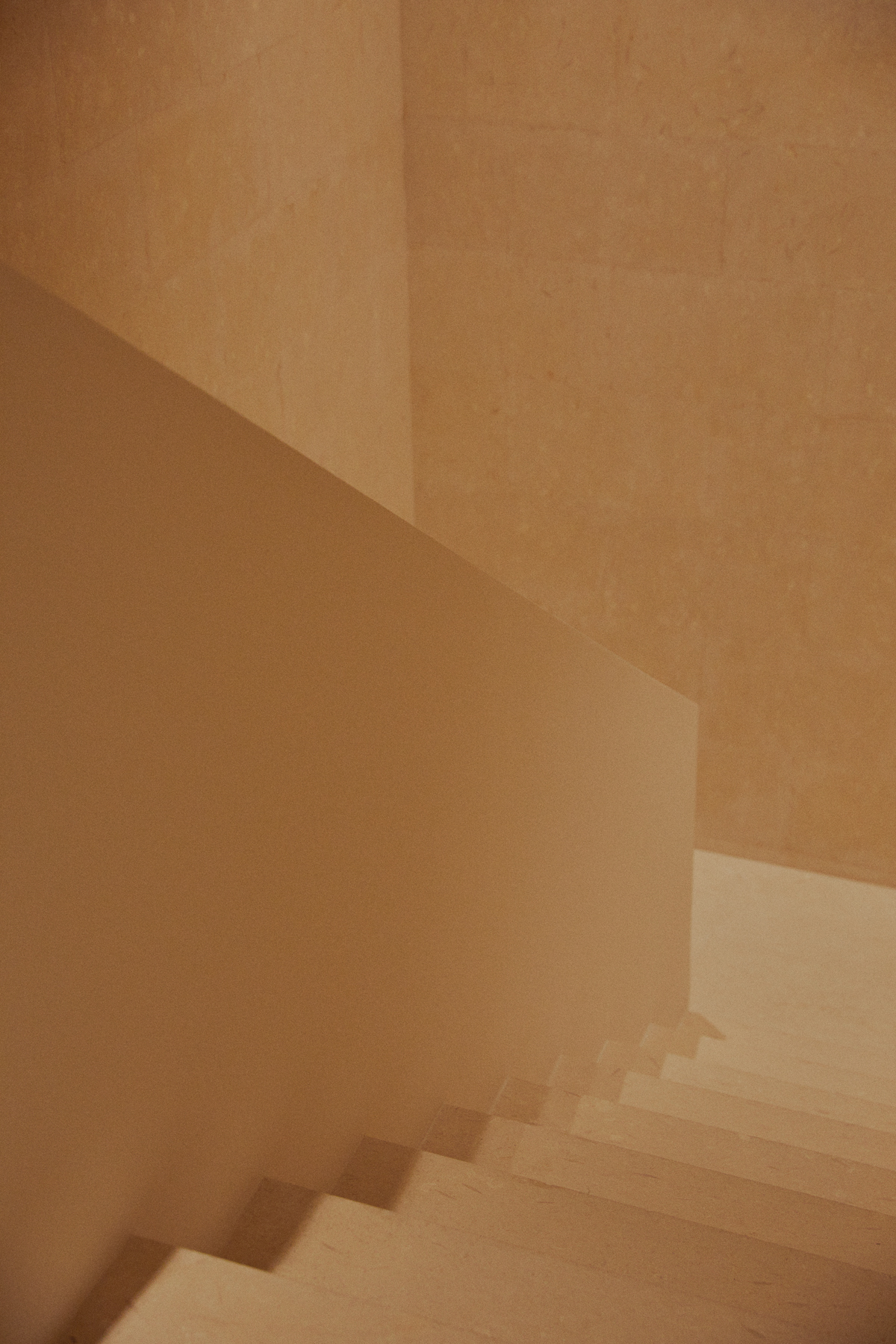 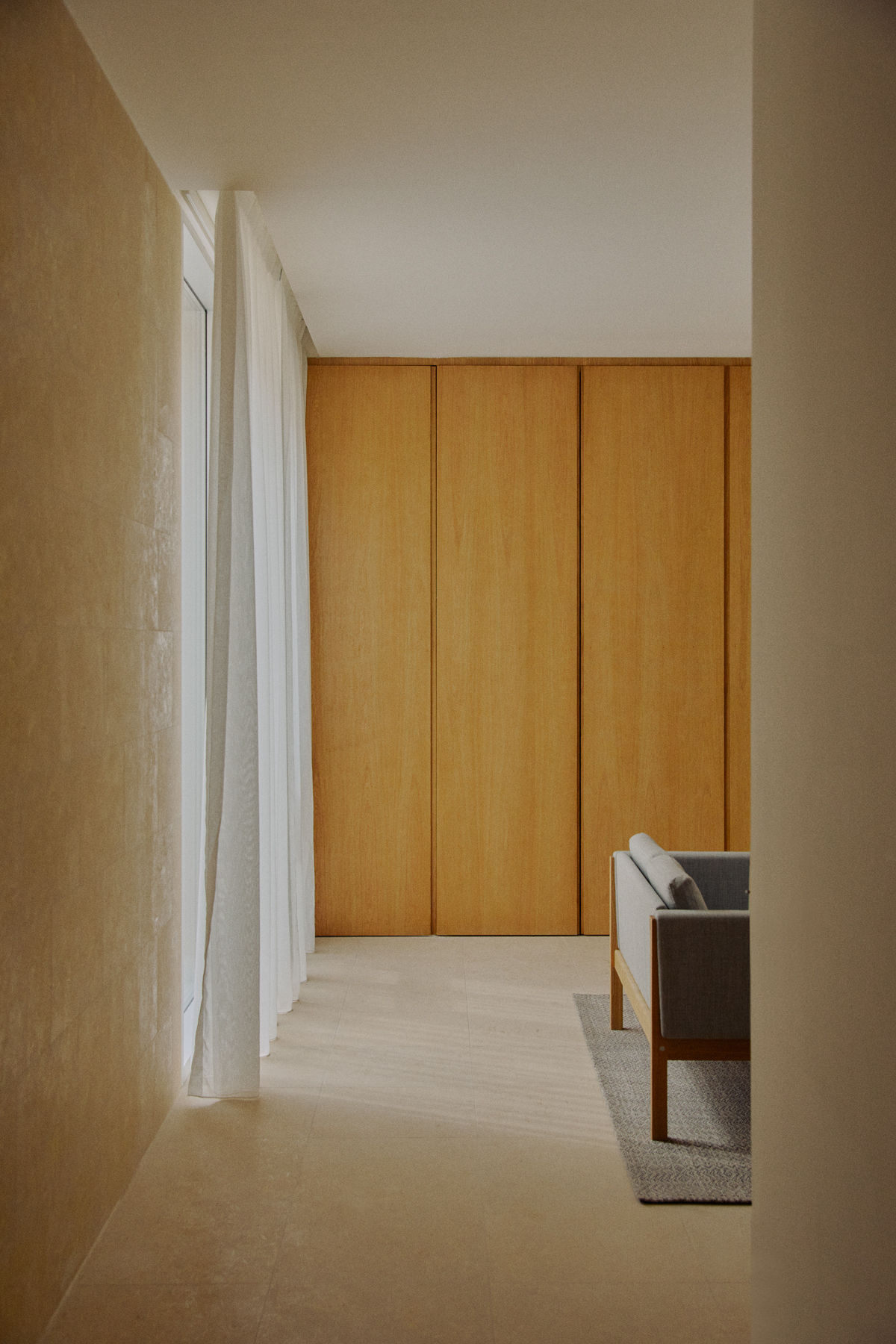 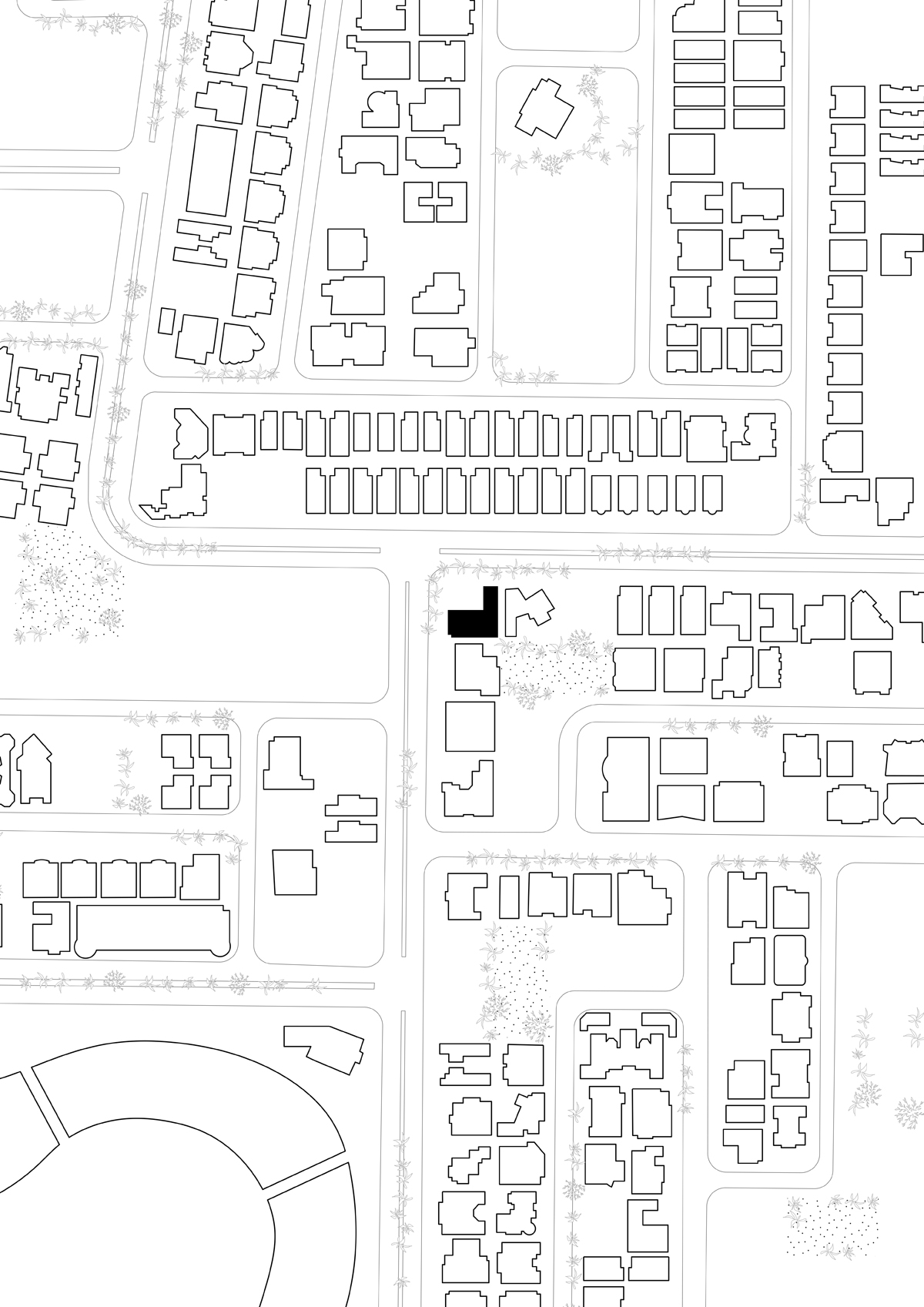 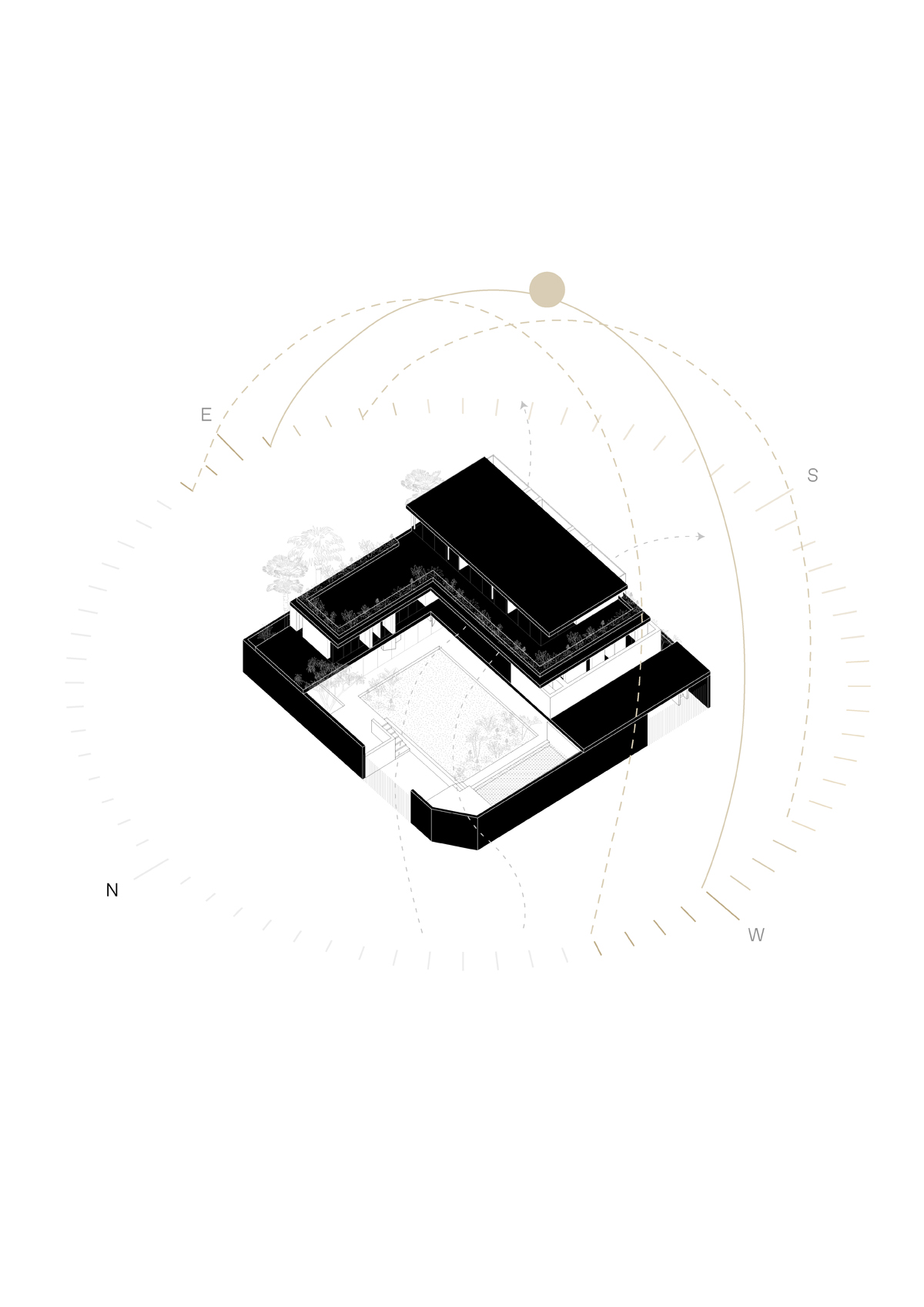 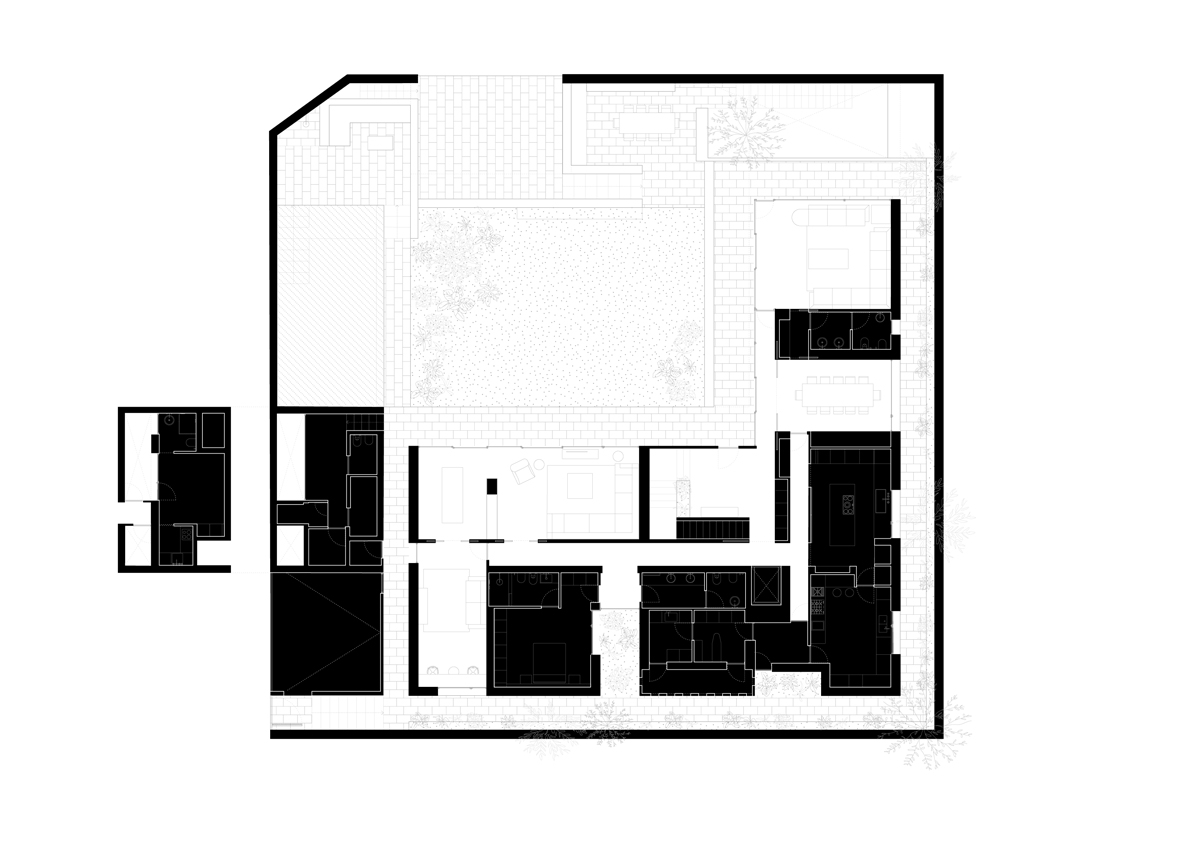 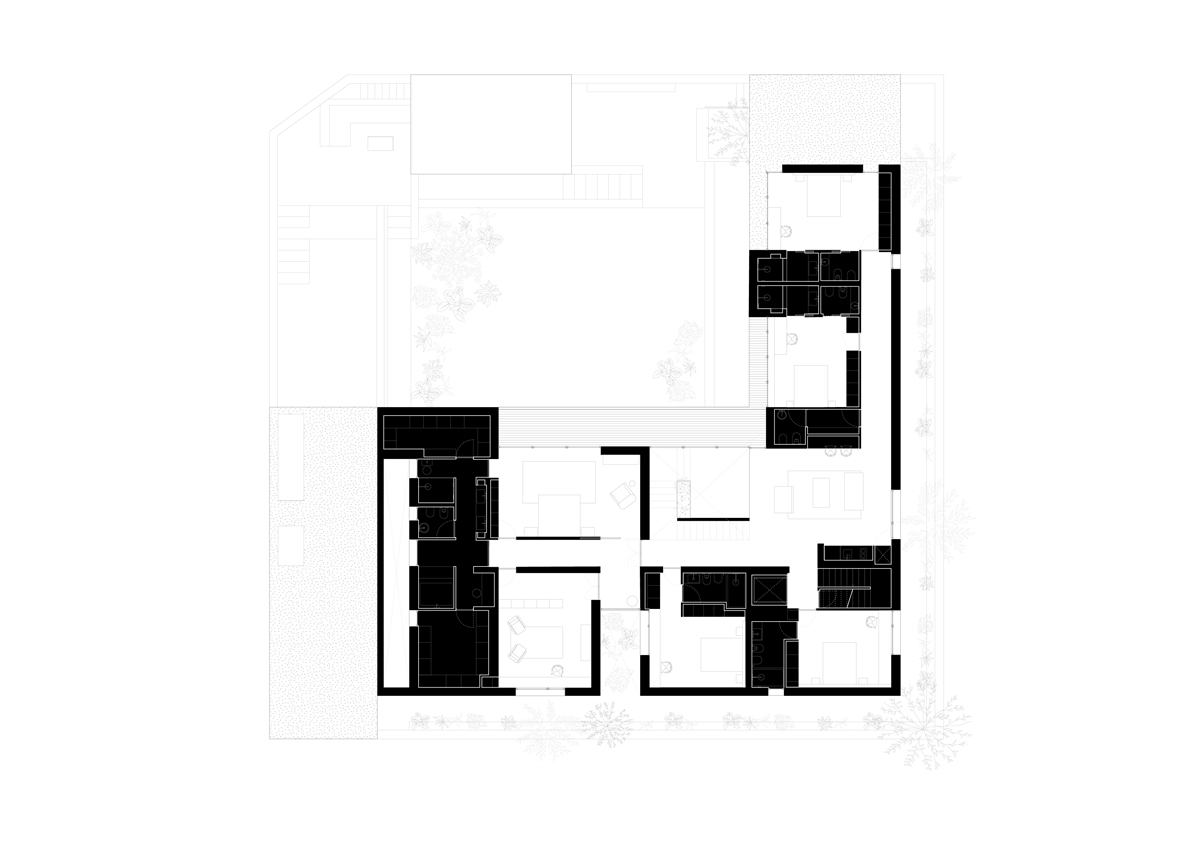 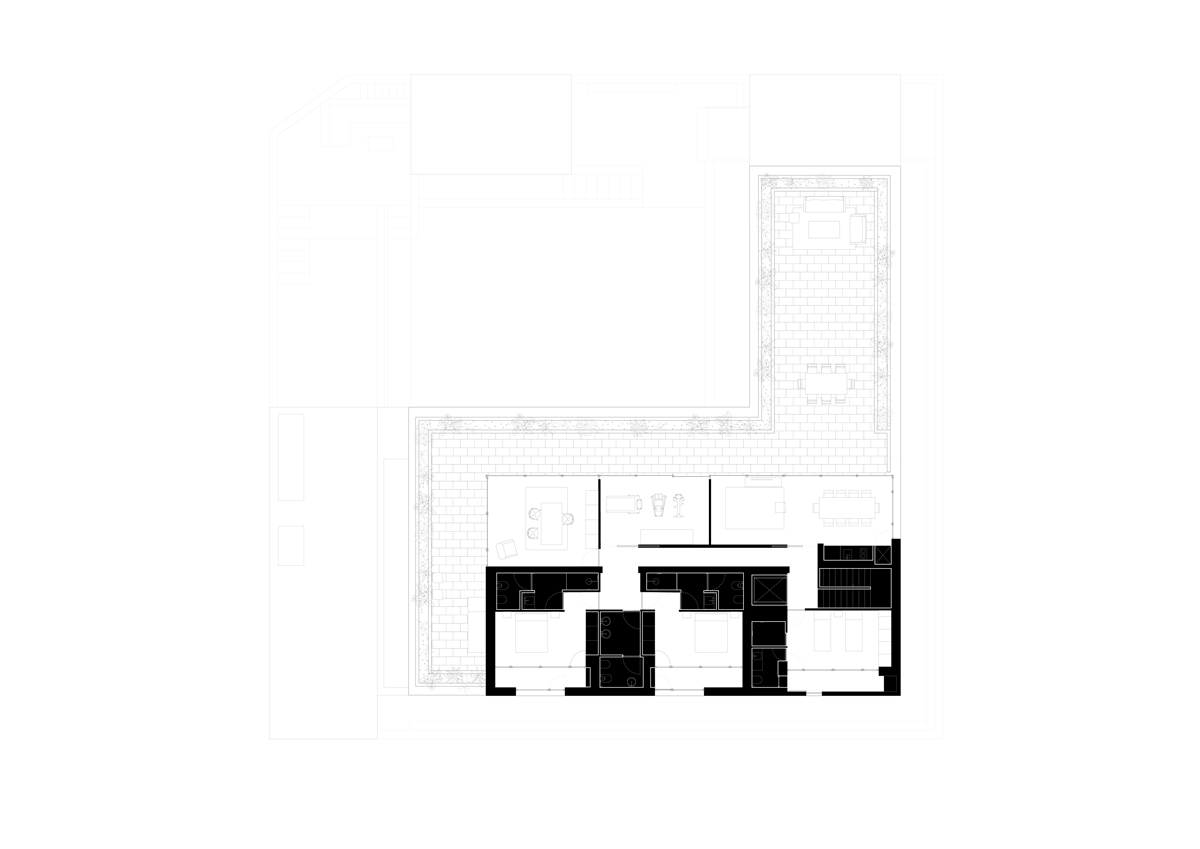 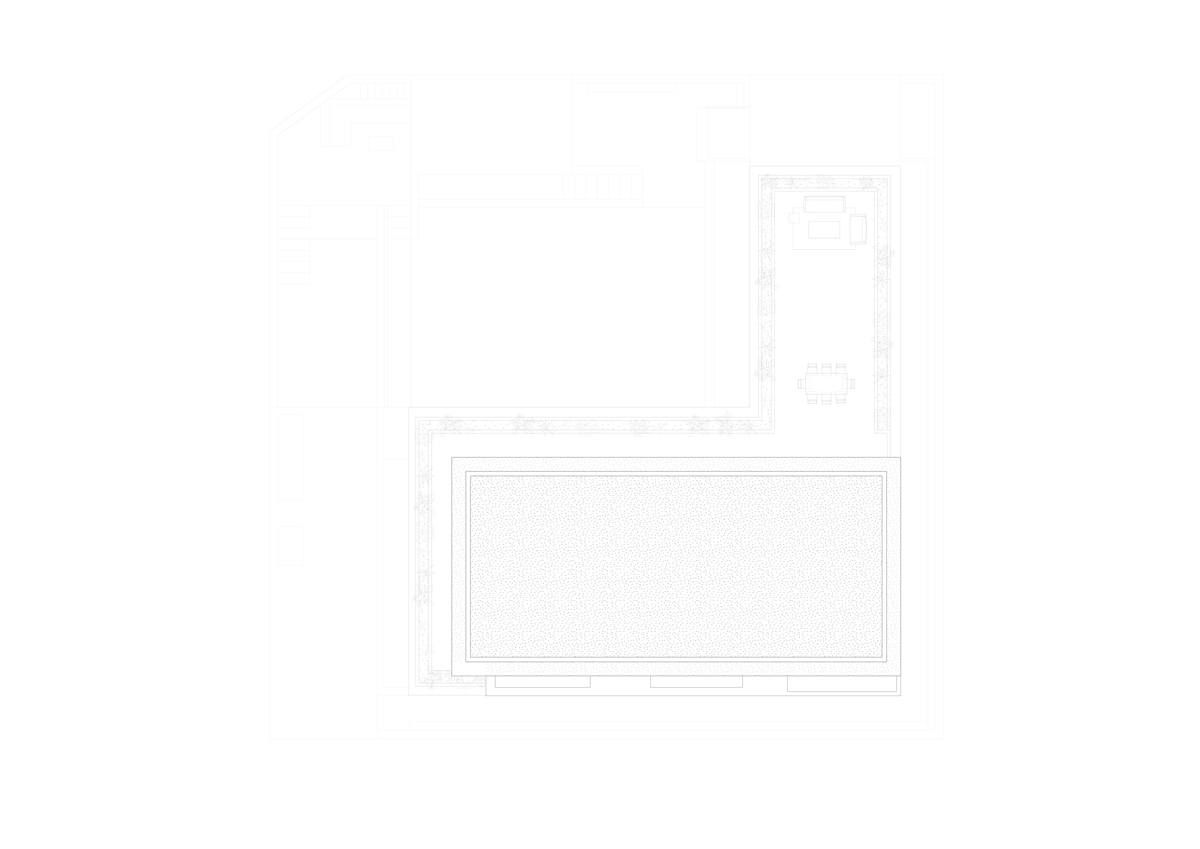 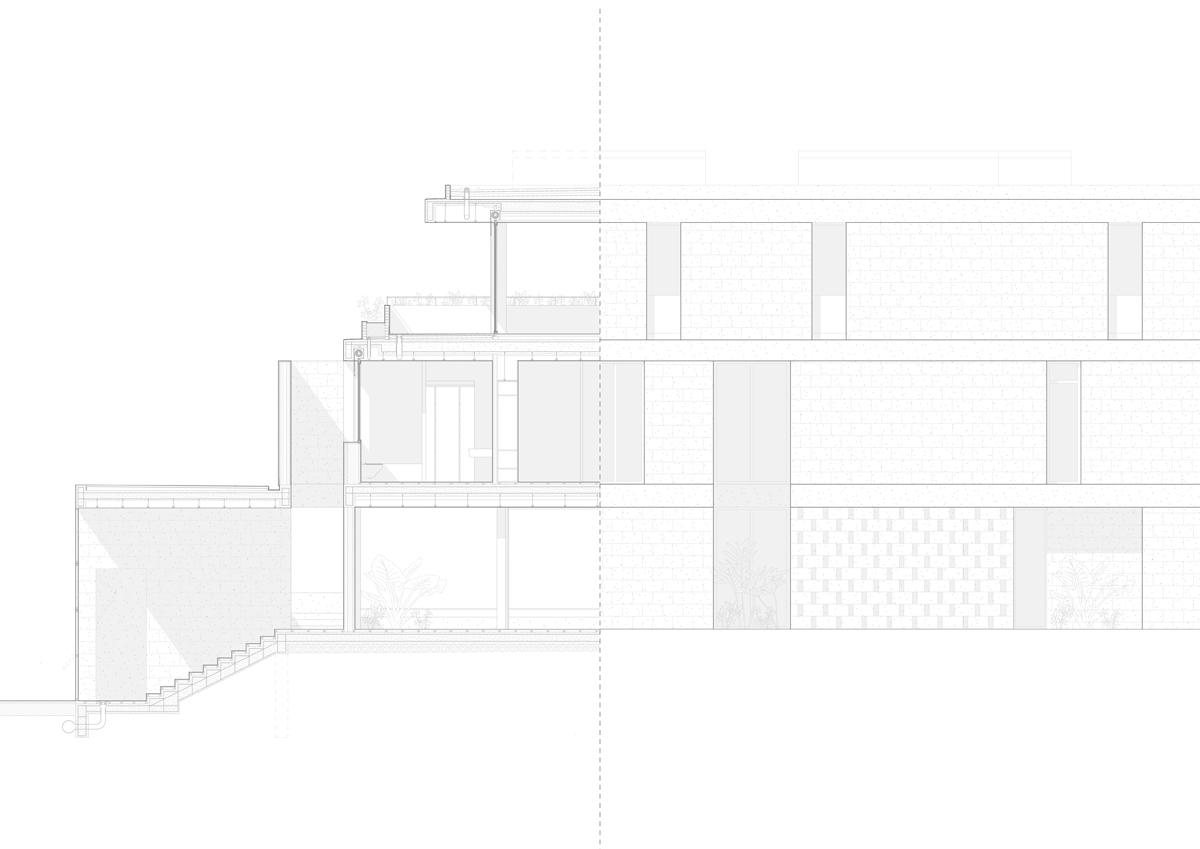