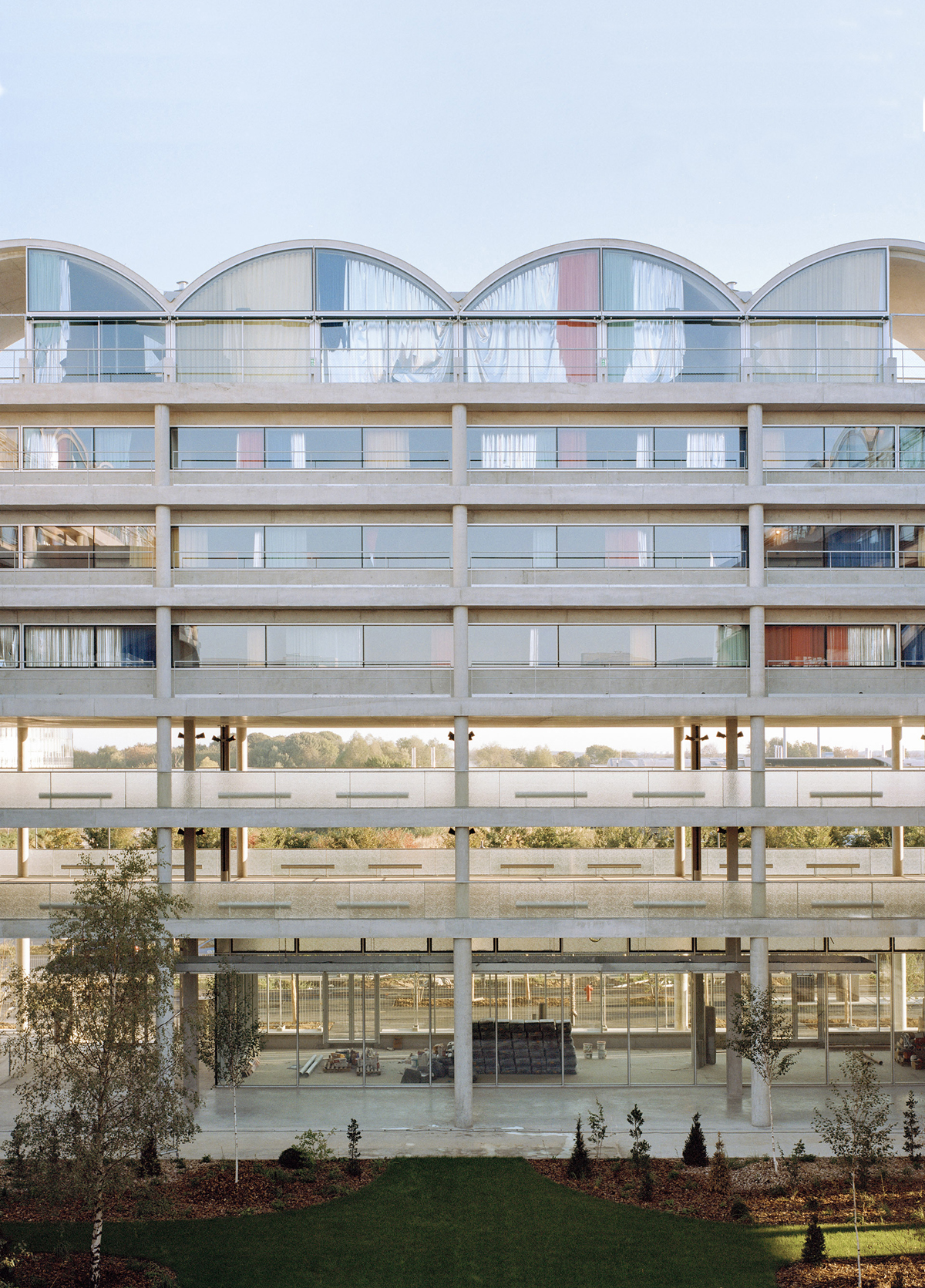 ROOM WITH VIEW
– What do you see?
– I see the air full of ideas, the trees undulating, the inhabited void, the boundaries evaporating, the city and its blocks, the dawn, the day, the twilight and the night, the images scrolling by, the garden in the center, the inner landscape, the memory of the cloister, the passing time, the suspended time, the erased time, the wind weavers weaving, people walking, people waiting, people interrupting, people talking, things evolving, the weft that governs, the weft that rhymes, the weft that arranges, the weft that distances, the reversible floors, the near and the far, the generous rigor, the concrete slabs and columns, the subtle variations of registers and atmospheres, The love at first sight and the reason, temporal collisions, inevitable ambiguity, the same old songs, the range of surprises and wonders of the world, the identical that is declining, the mix of activities, those who were there before, those who are there and those who will be there, those who would like to stay there forever, the theme and the variation, economy and efficiency, the collective and the individual, variety and nuance, accident and surprise, la fièvre d’Urbicande, the light levelling off the ground, the unthought and the unexpected, the expression of all, the appropriation of each, the functional spatial logic, the potential conversion, the possible infinity and much more.

As part of a future ZAC linked to the Ecole Polytechnique, and more broadly in the next Paris – Saclay cluster, this student residence project optimizes both its urban location and its construction principles.
It takes advantage of the rationality of campus-type urban planning by proposing a compact building, whose obvious strength of lines already provides a firm foundation. The volumetry of the building is based on the rectangular footprint of the land and assumes its U-shape, which encloses the interior of the block. This interior, treated as an open-air garden, is the real lung of the project. The building can also be seen from this interior.
Rather than a building, the project should even be presented as a thrifty and equipped structure. The program brings together several distinct elements (student housing, communal living facilities, shops, public and private parking lots) but absolutely refuses to play the composite agglomeration card. On the contrary, it is rather the uniqueness of the lines and the modular rhythm of the whole that is striking. The distribution of the different programs obeys a logic of superimposition: a double-height first floor hosting the shops and the collective spaces of the student residence; two levels, ground floor+1 and ground floor+2, on a large open plateau for public parking spaces; on levels ground floor+3, ground floor+4 and ground floor+5, three levels of housing; and finally an attic level hosting the high levels of certain duplex housing units. This distribution has the advantage of offering the noblest and most unobstructed views to all the housing units, while designing a more streamlined building base. This base even plays on certain contrasting and superimposing effects: a largely transparent first floor and two parking levels above, which are much opaquer. Access to the parking lots provides another visual contrast, since it is provided by large, interlaced ramps, while being included in the volume of the building, give it another spectacular dimension.
Thought out on the scale of the car as well as that of the individual, the building seeks a path between a strictly functionalist approach and that constrained by domestic norms. Domesticity is however very present in the scansion of the roof vaults. The attic even appears as a rereading of the typology of strip houses, laid out on the terrace. The regularity of the architectural vocabulary, even its monumentality, does not, however, stem from formal a priori, but rather asserts itself as a strict and sober resolution of the complex requirements of the program. The sharpness of these structural responses also allows the building to express a plasticity, almost brutalist, where the materials (concrete structure, glass panels removable from the dwellings) are returned to a constructive necessity and a plastic expressiveness as pure as each other. 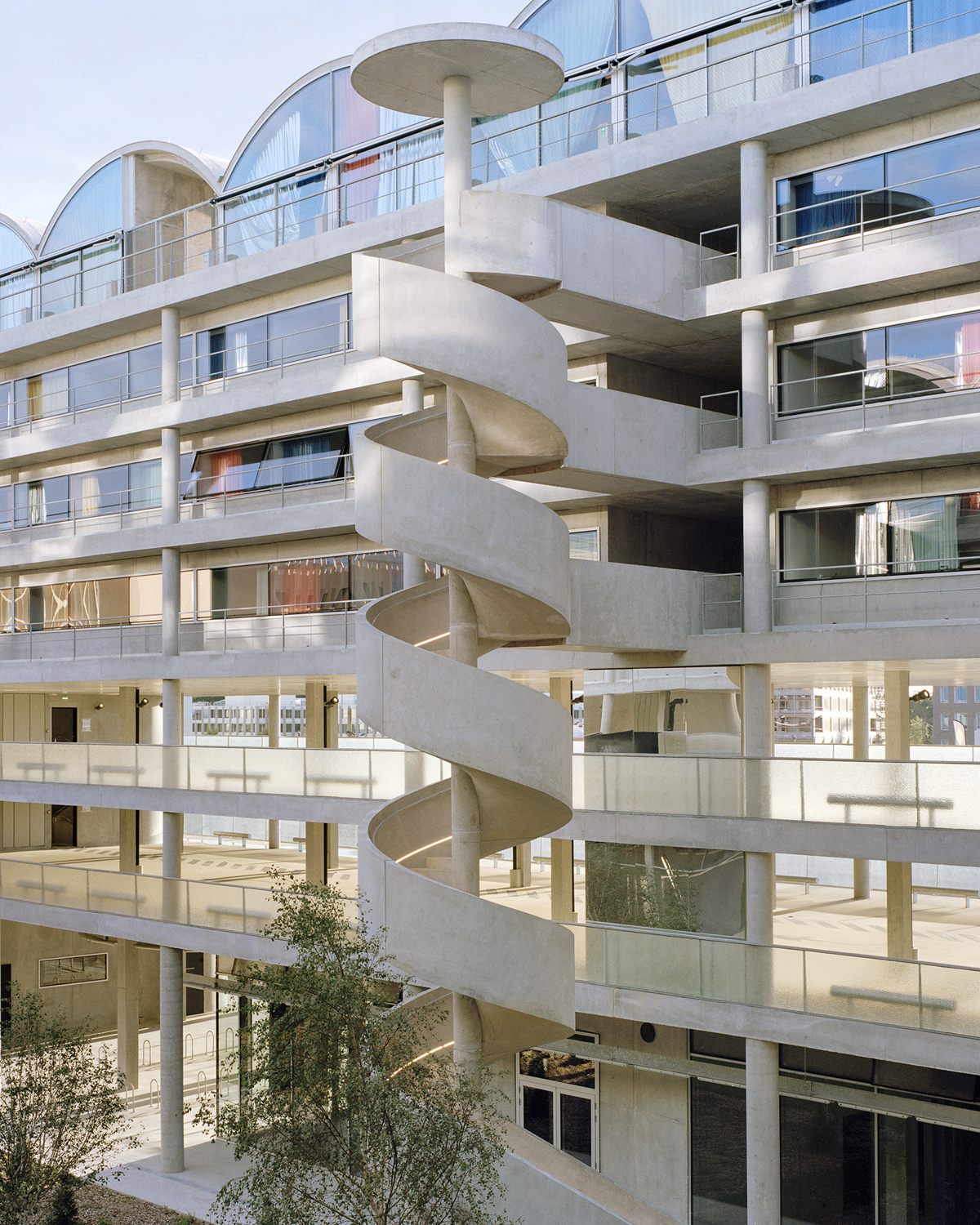 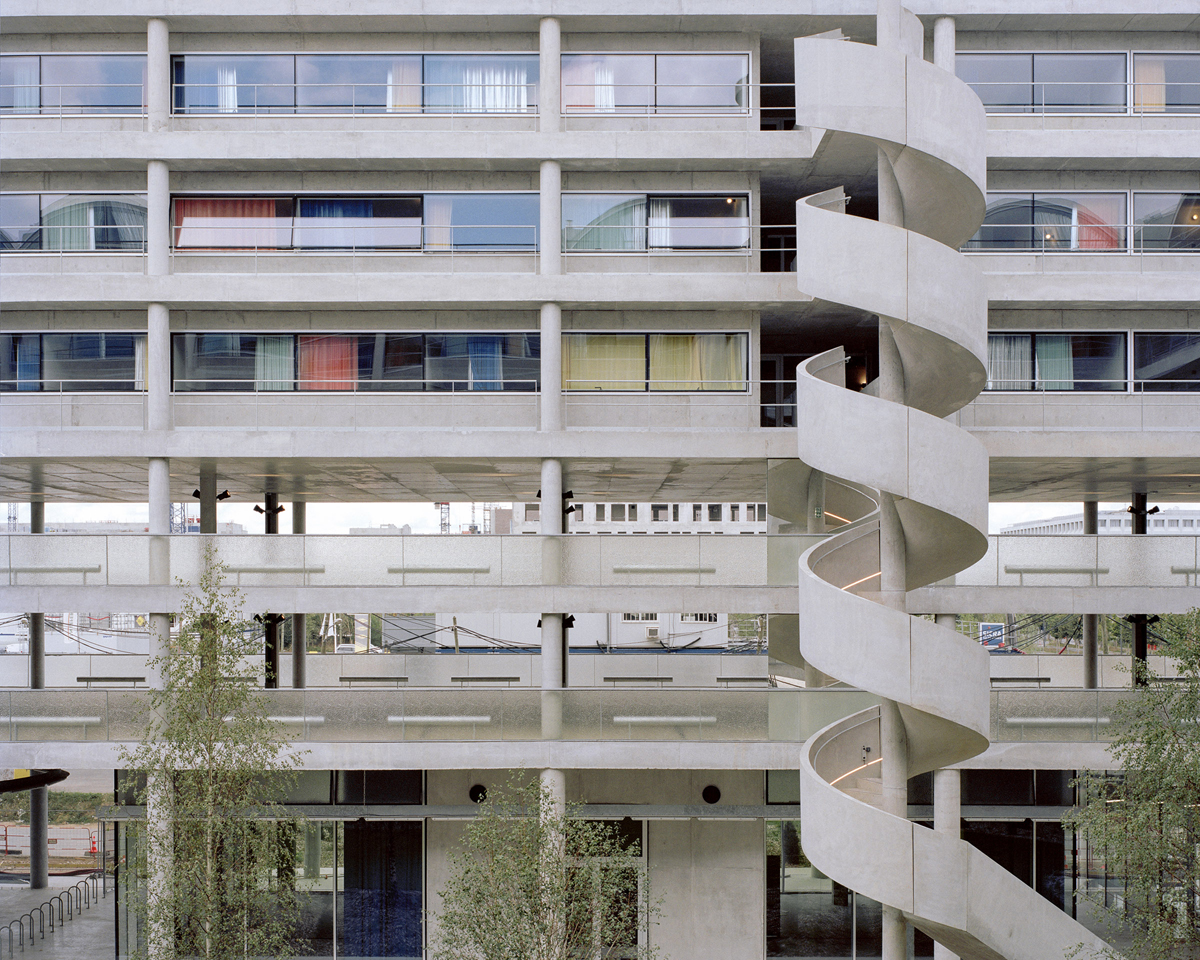 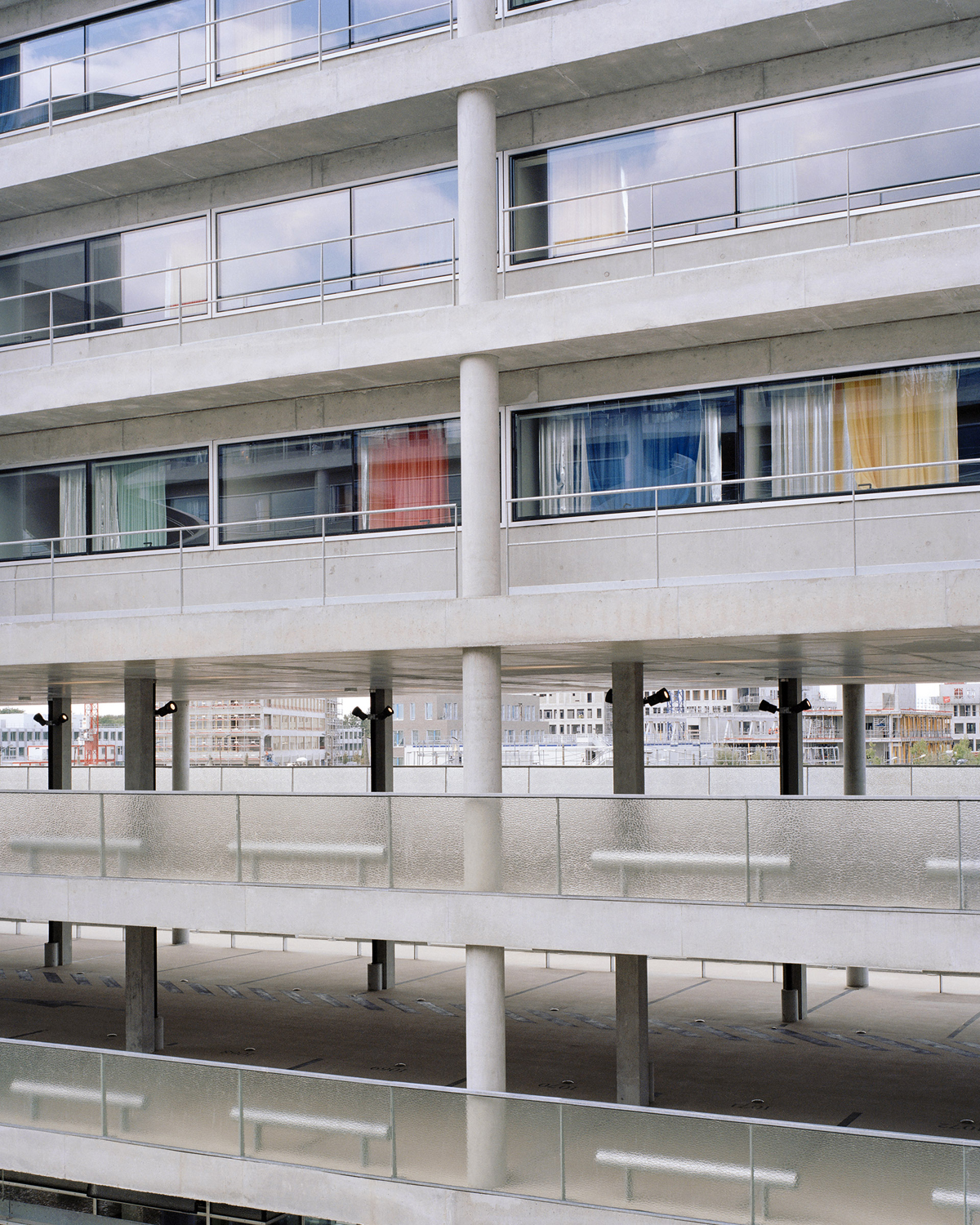 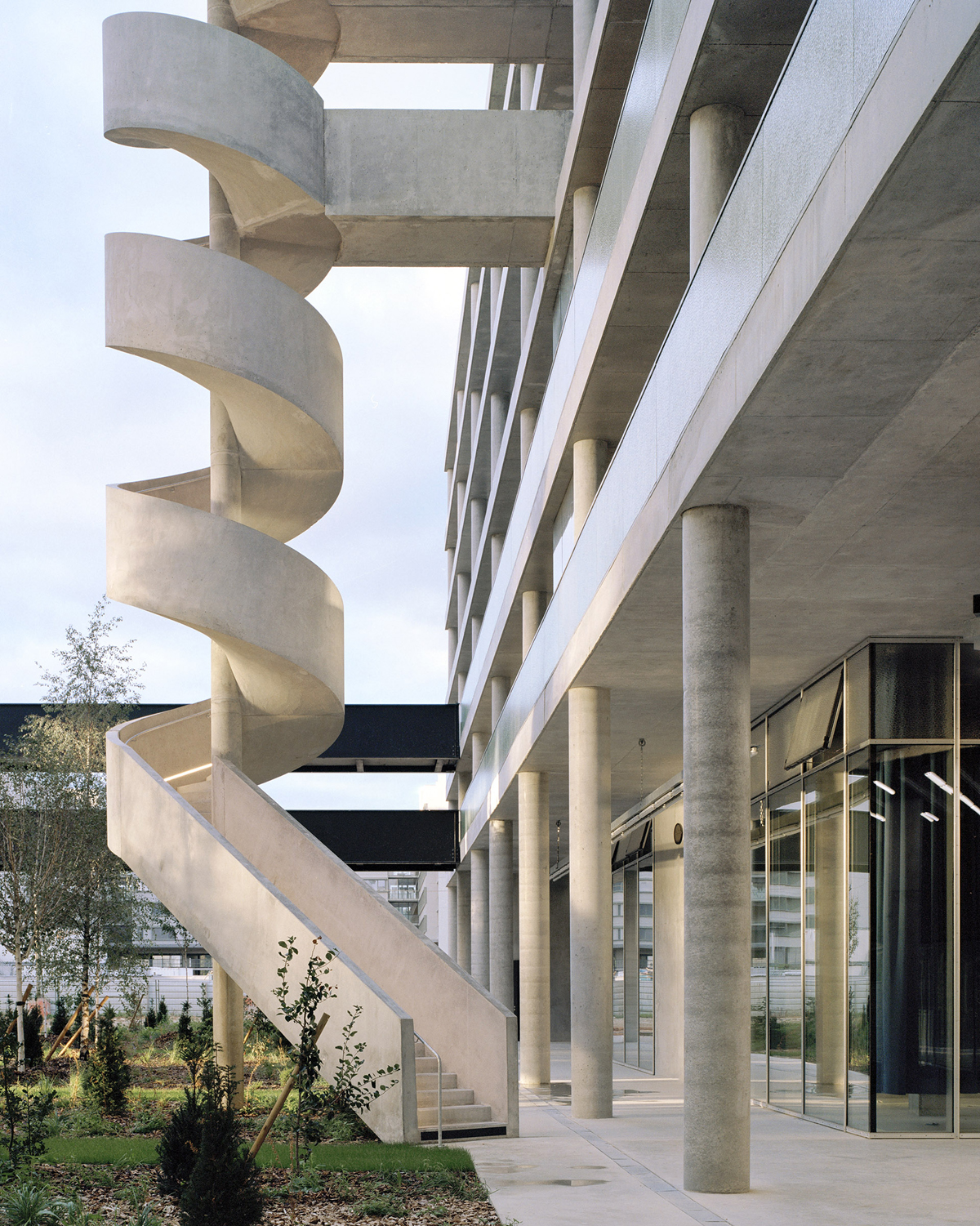 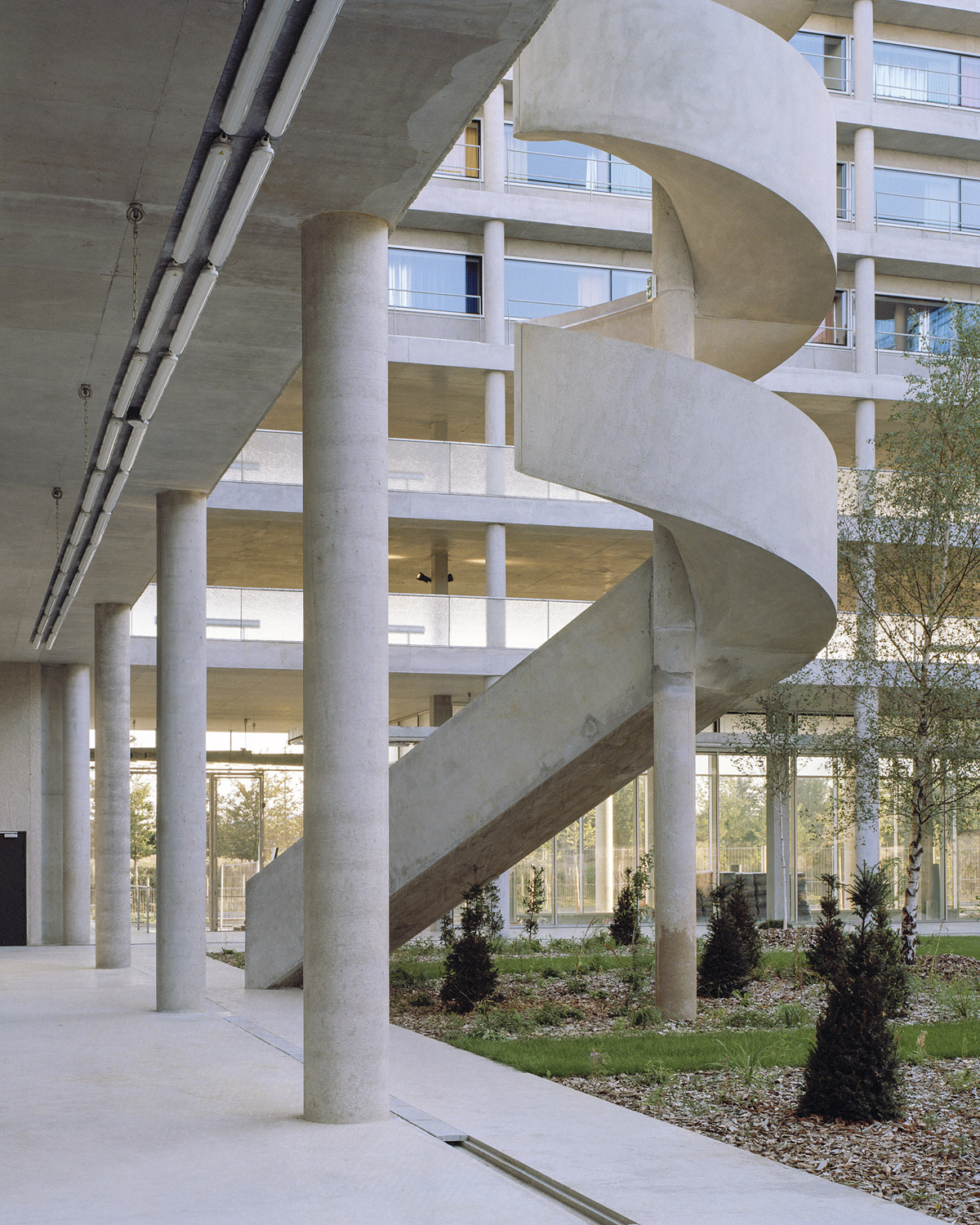 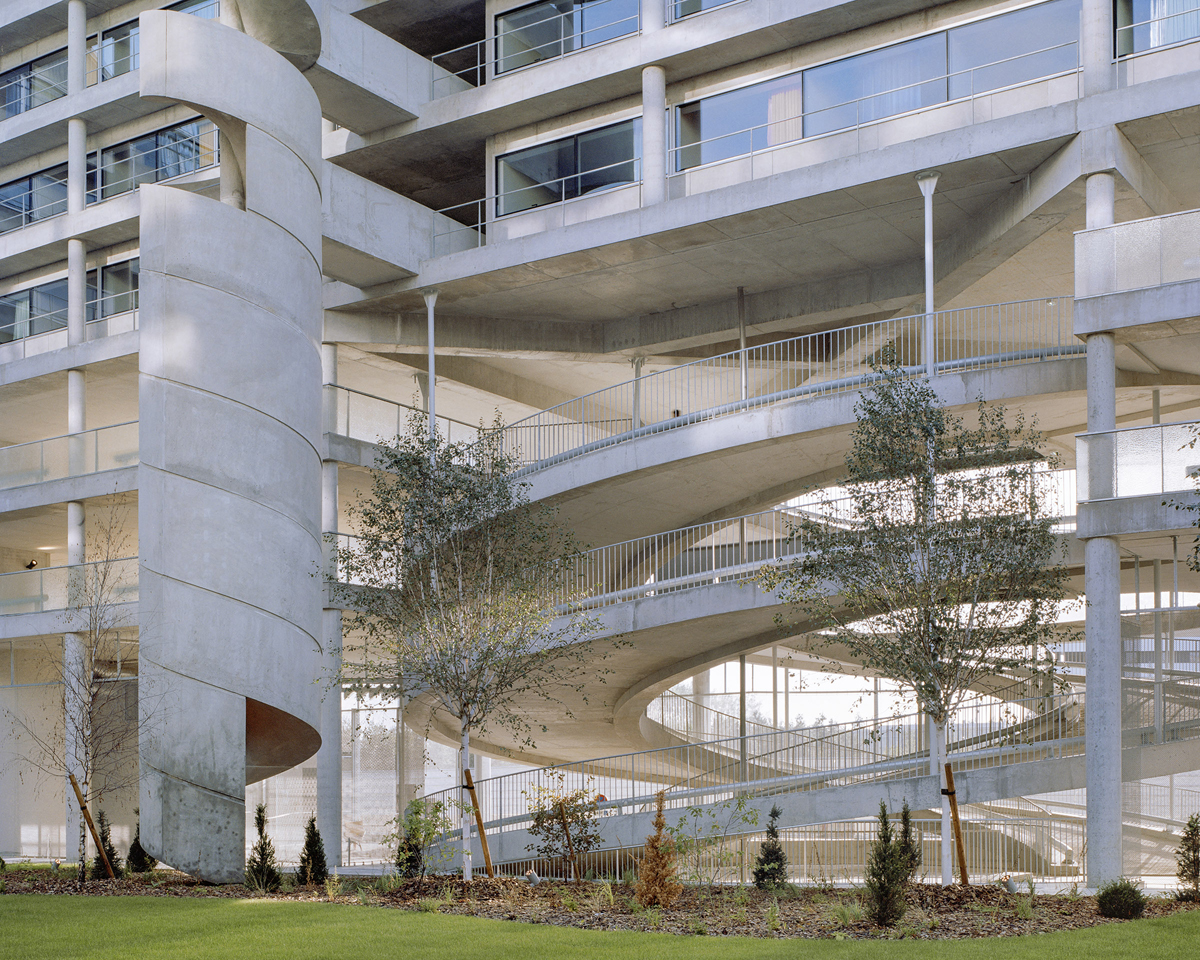 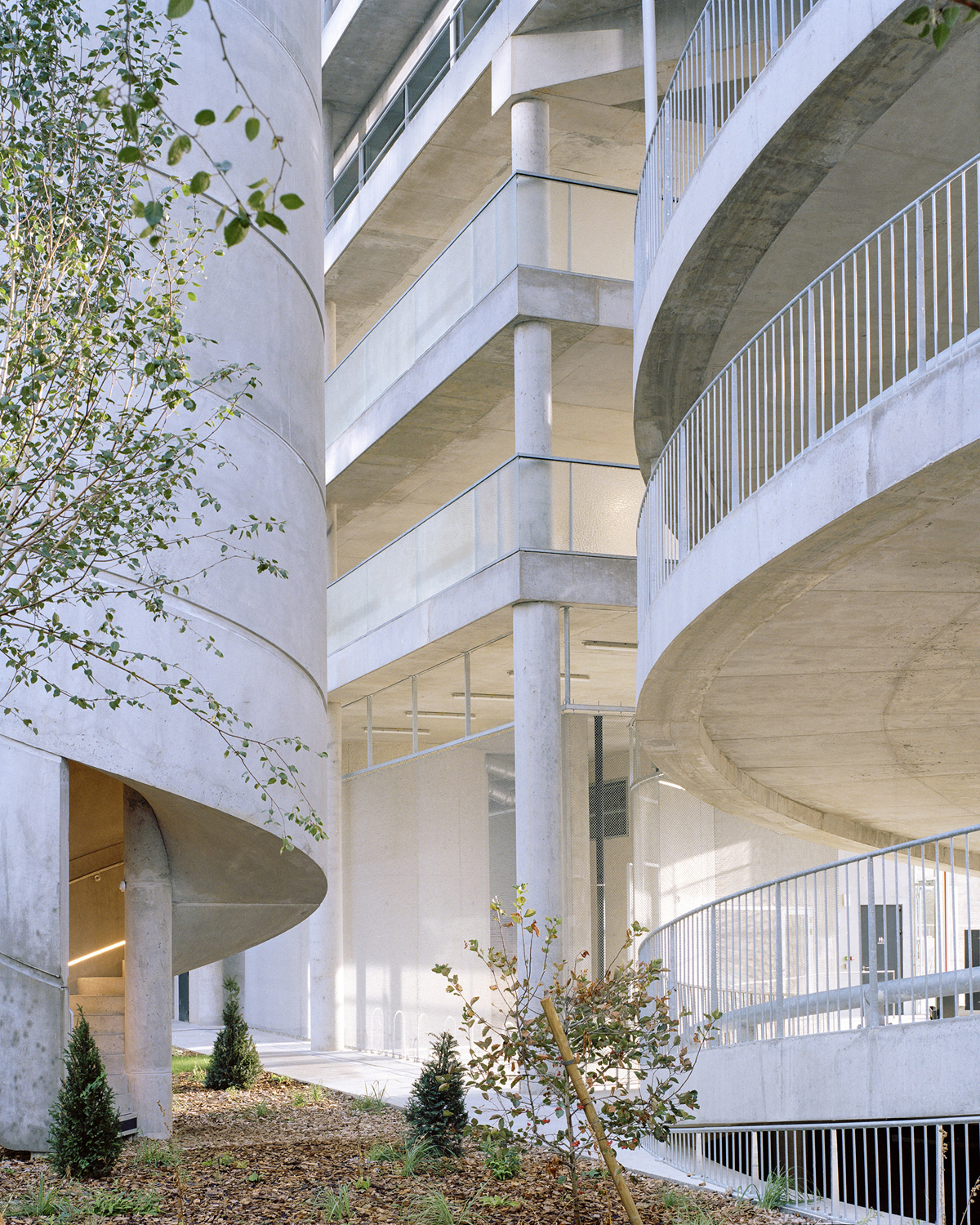 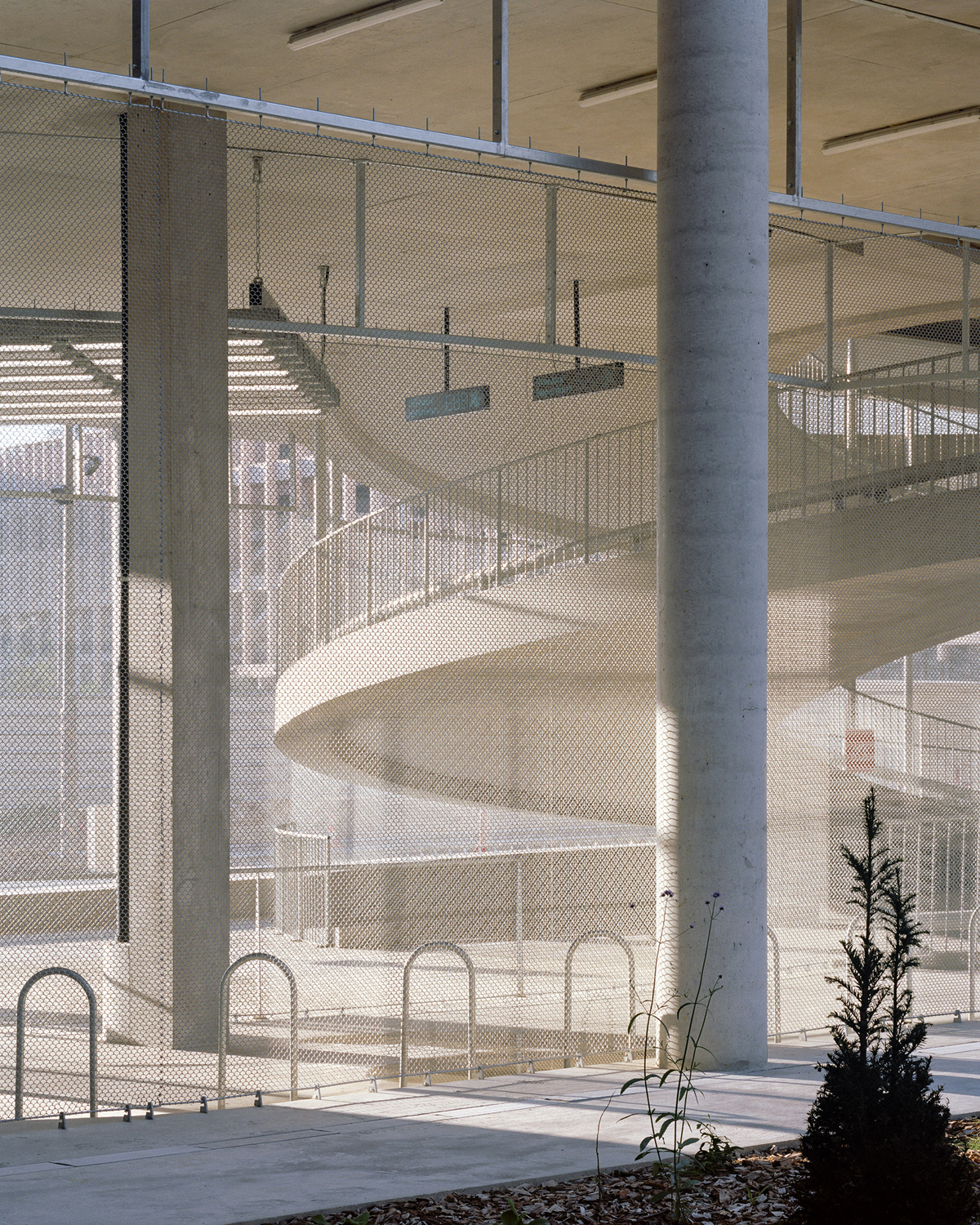 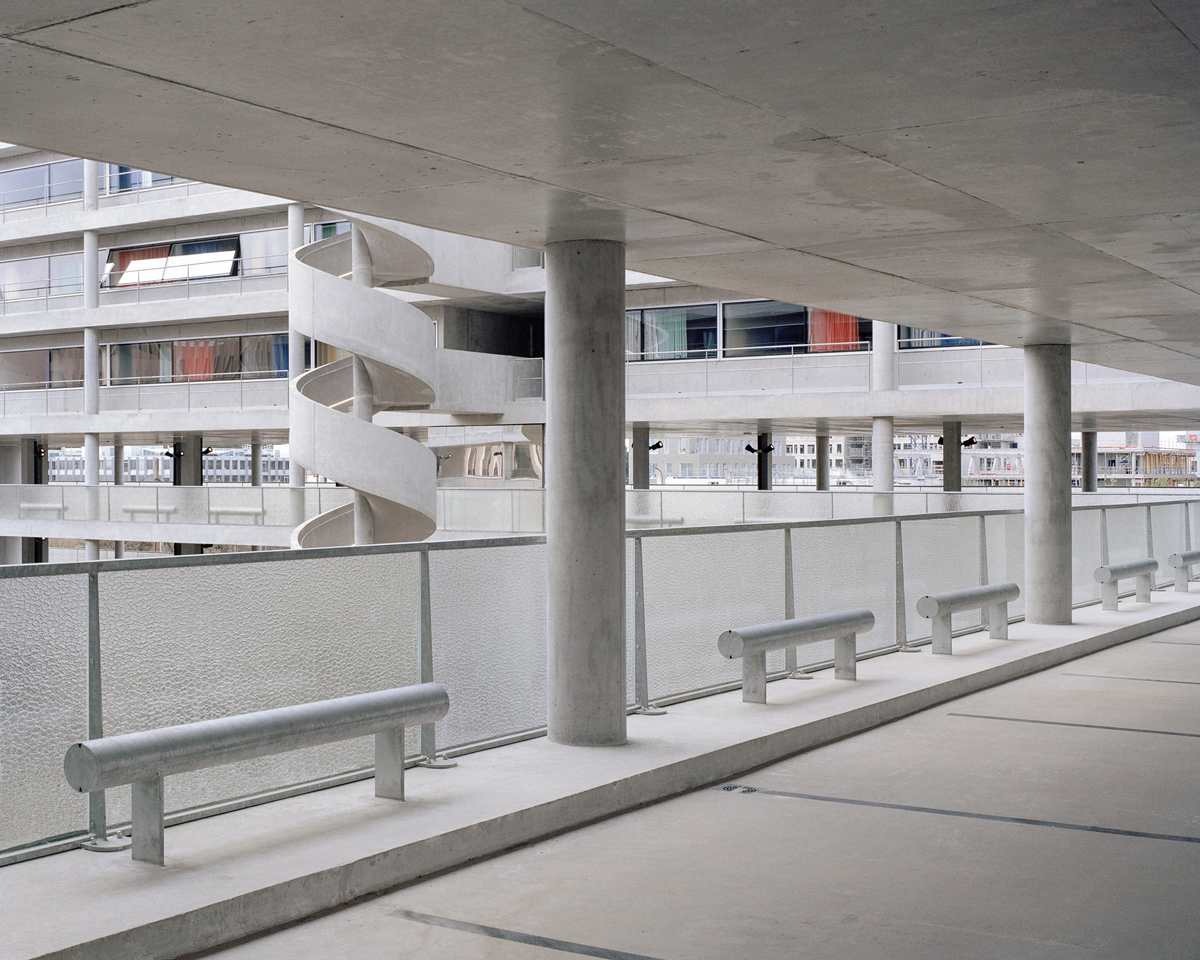 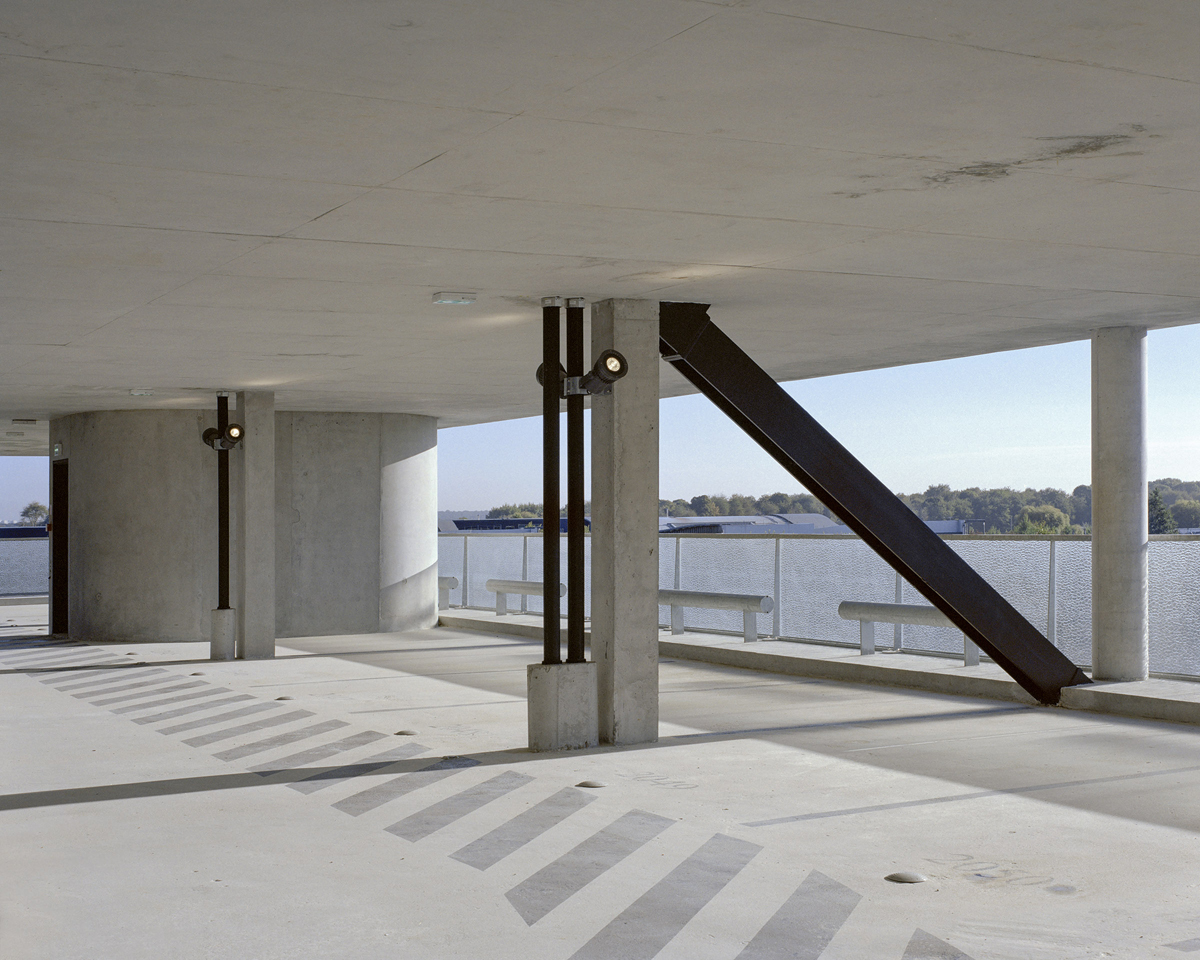 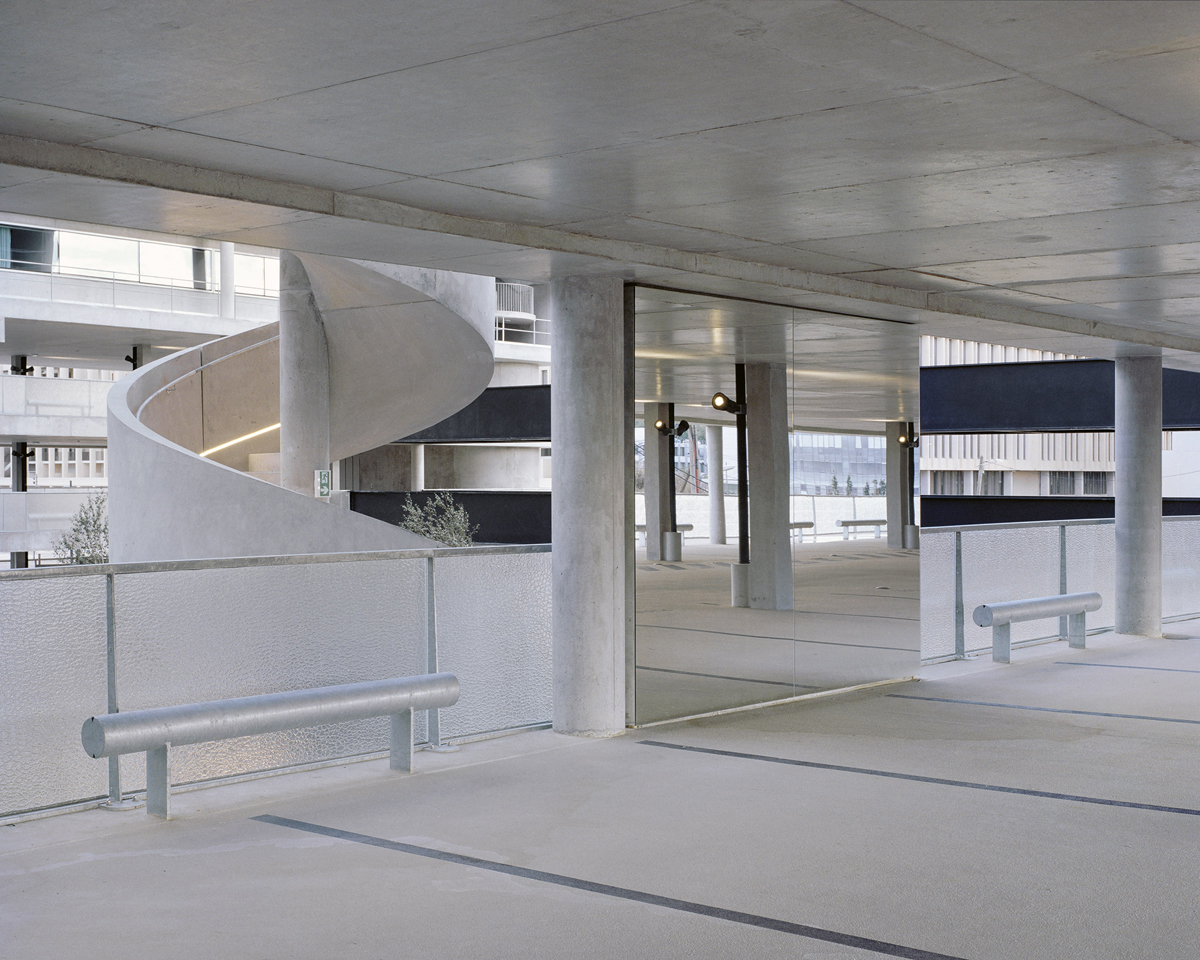 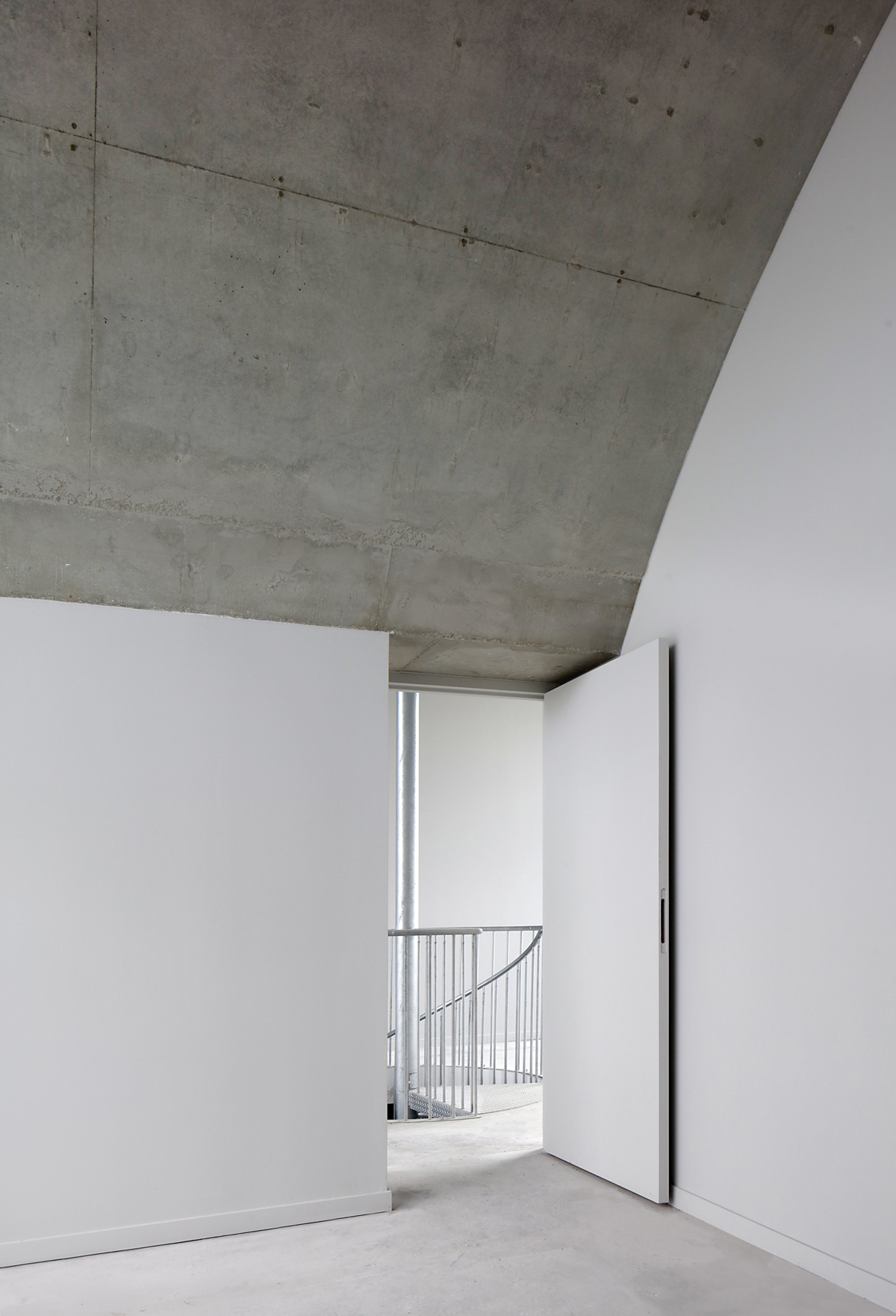 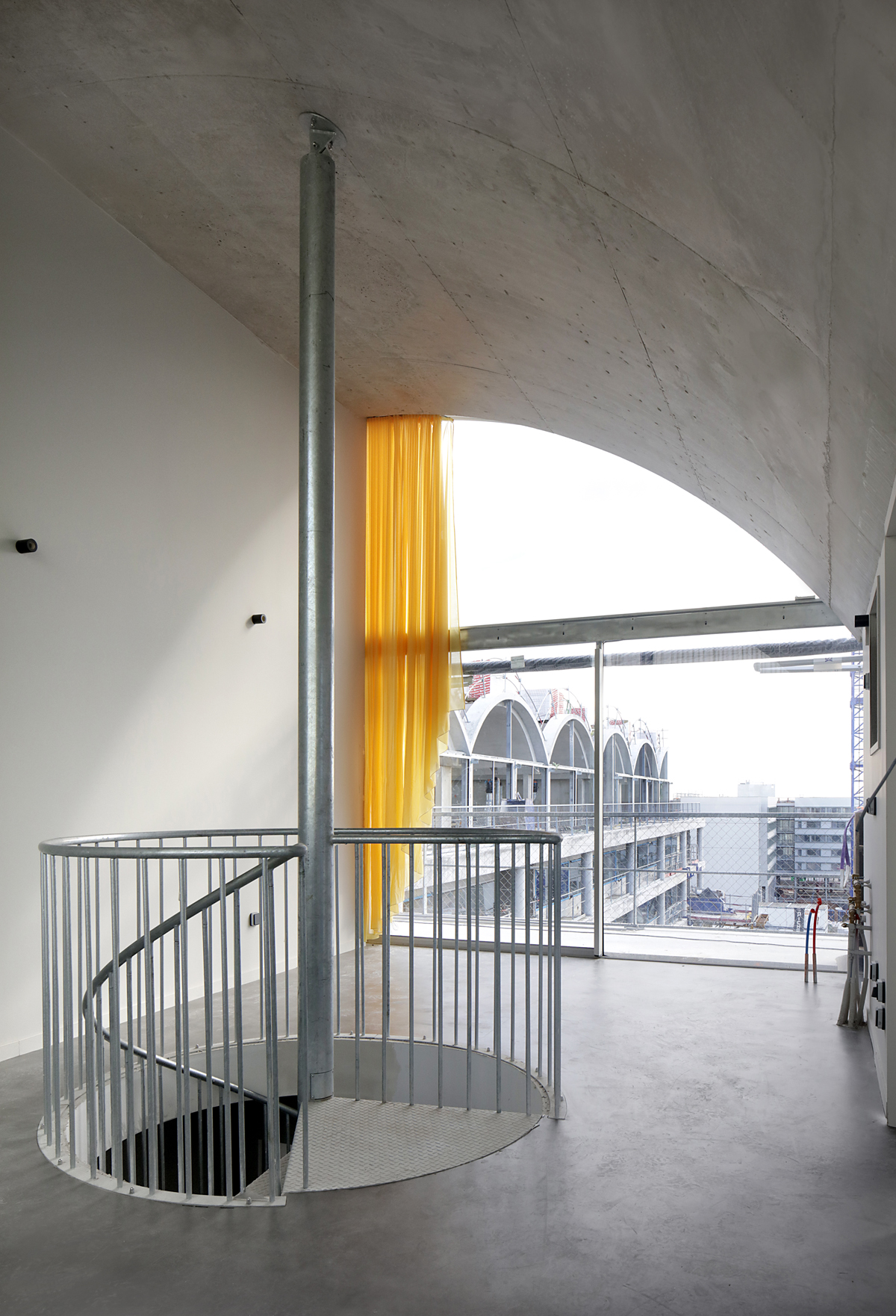 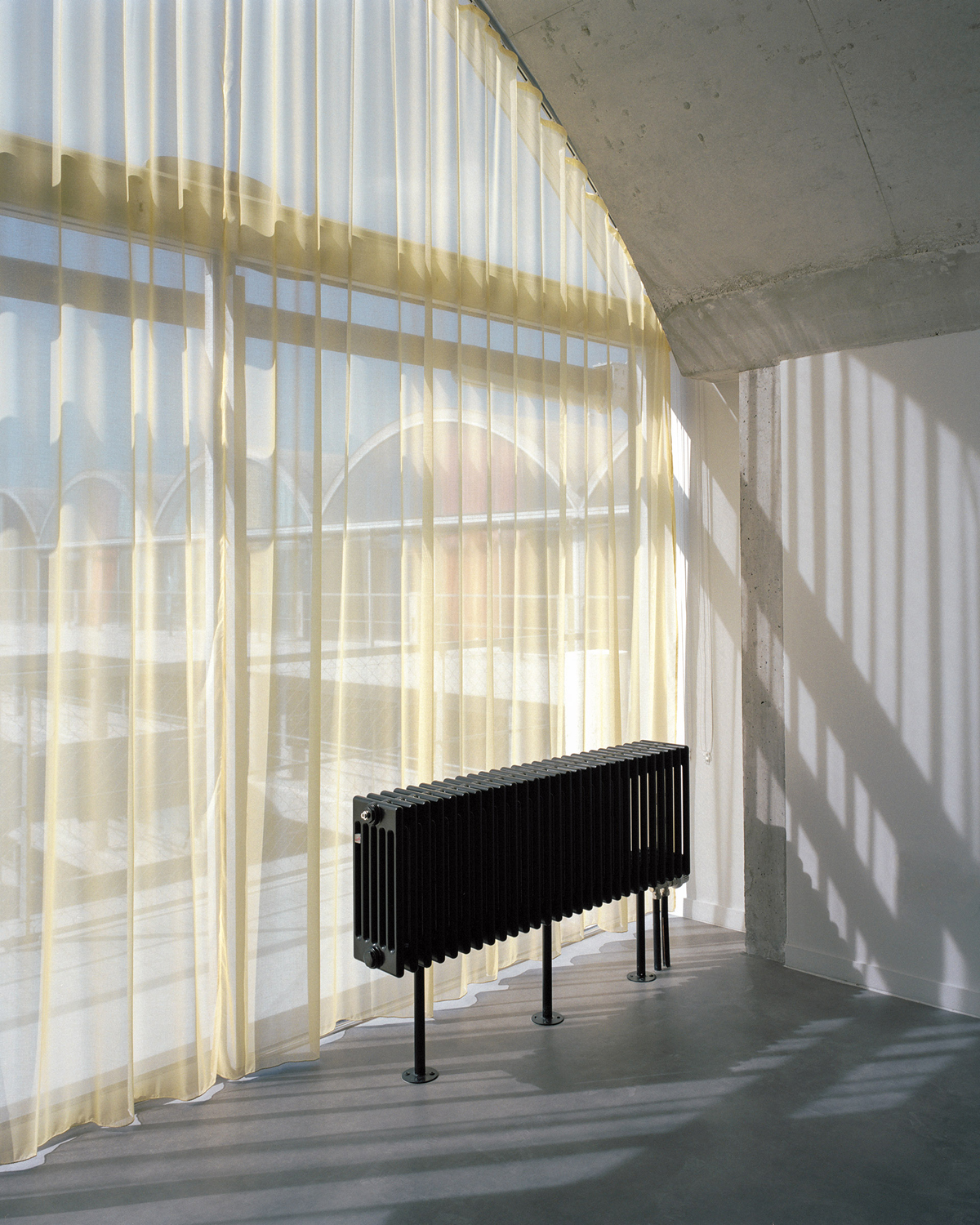 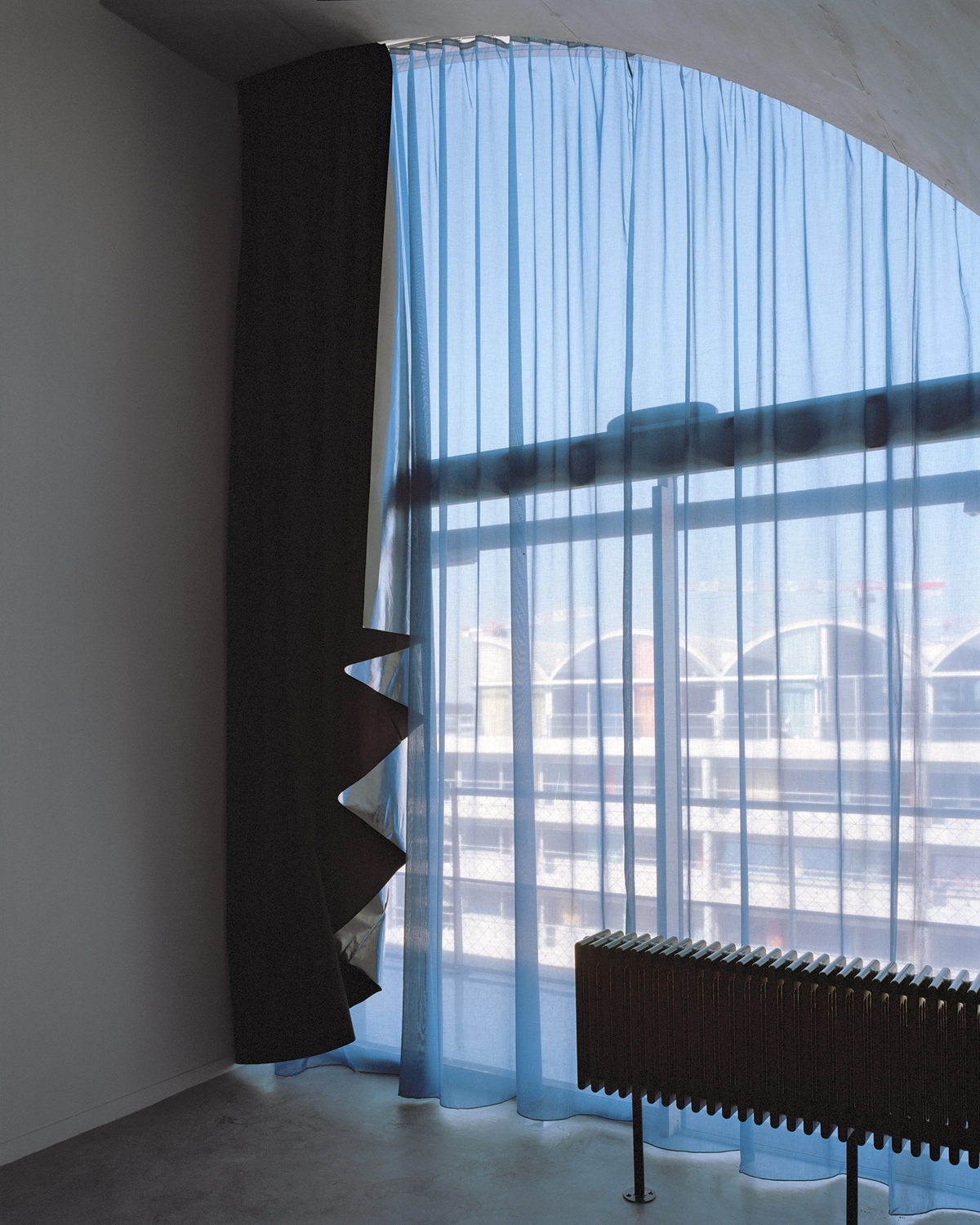 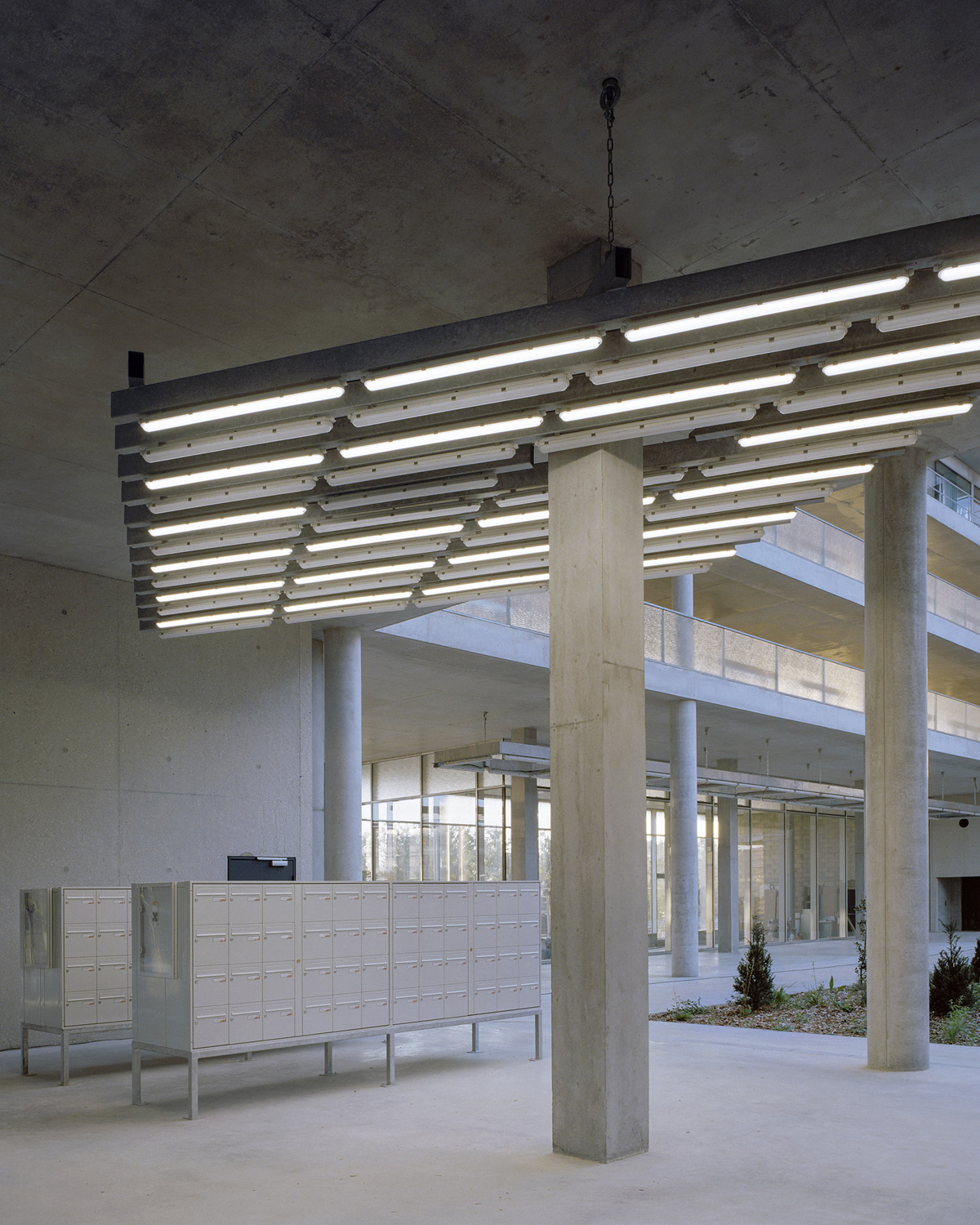 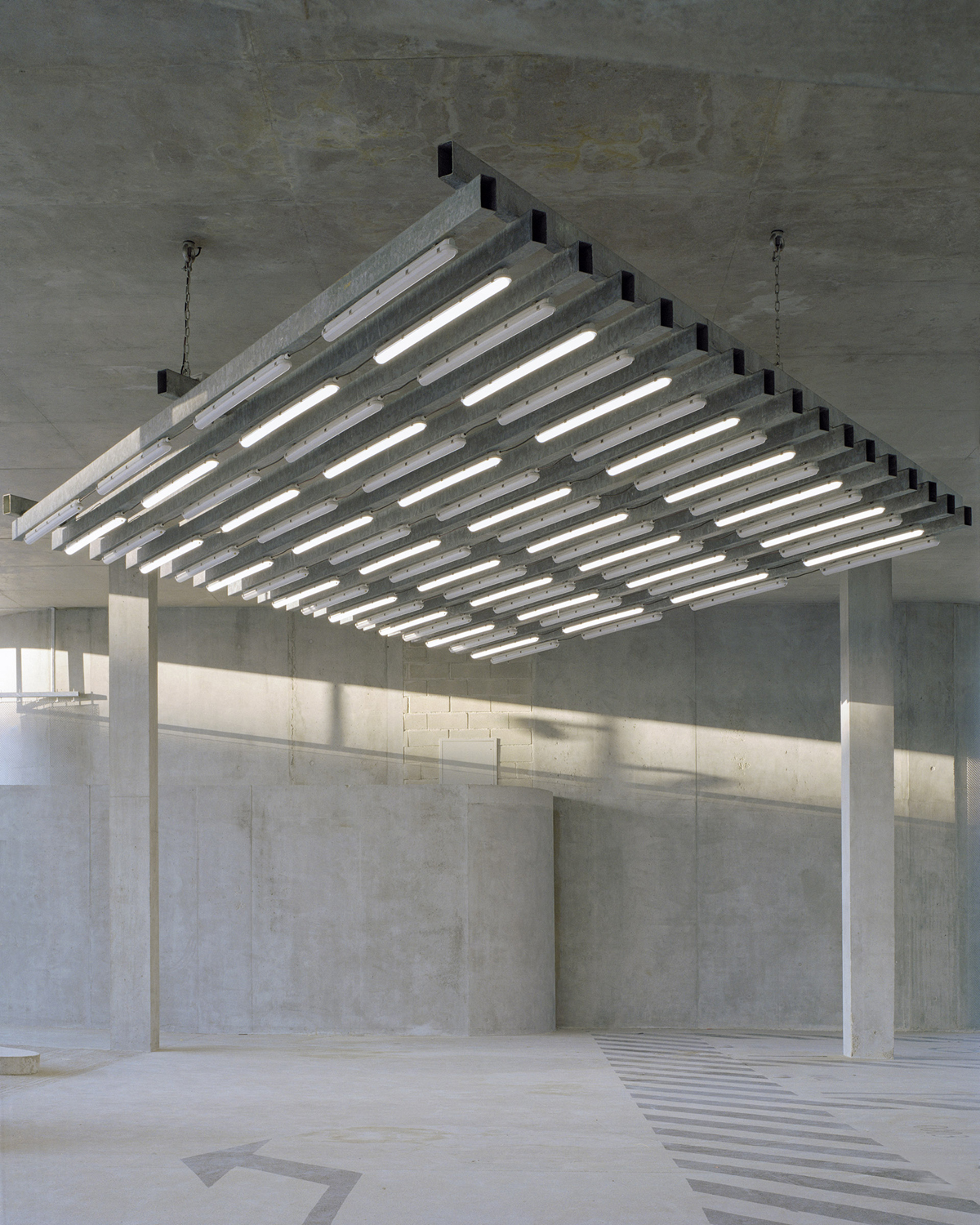 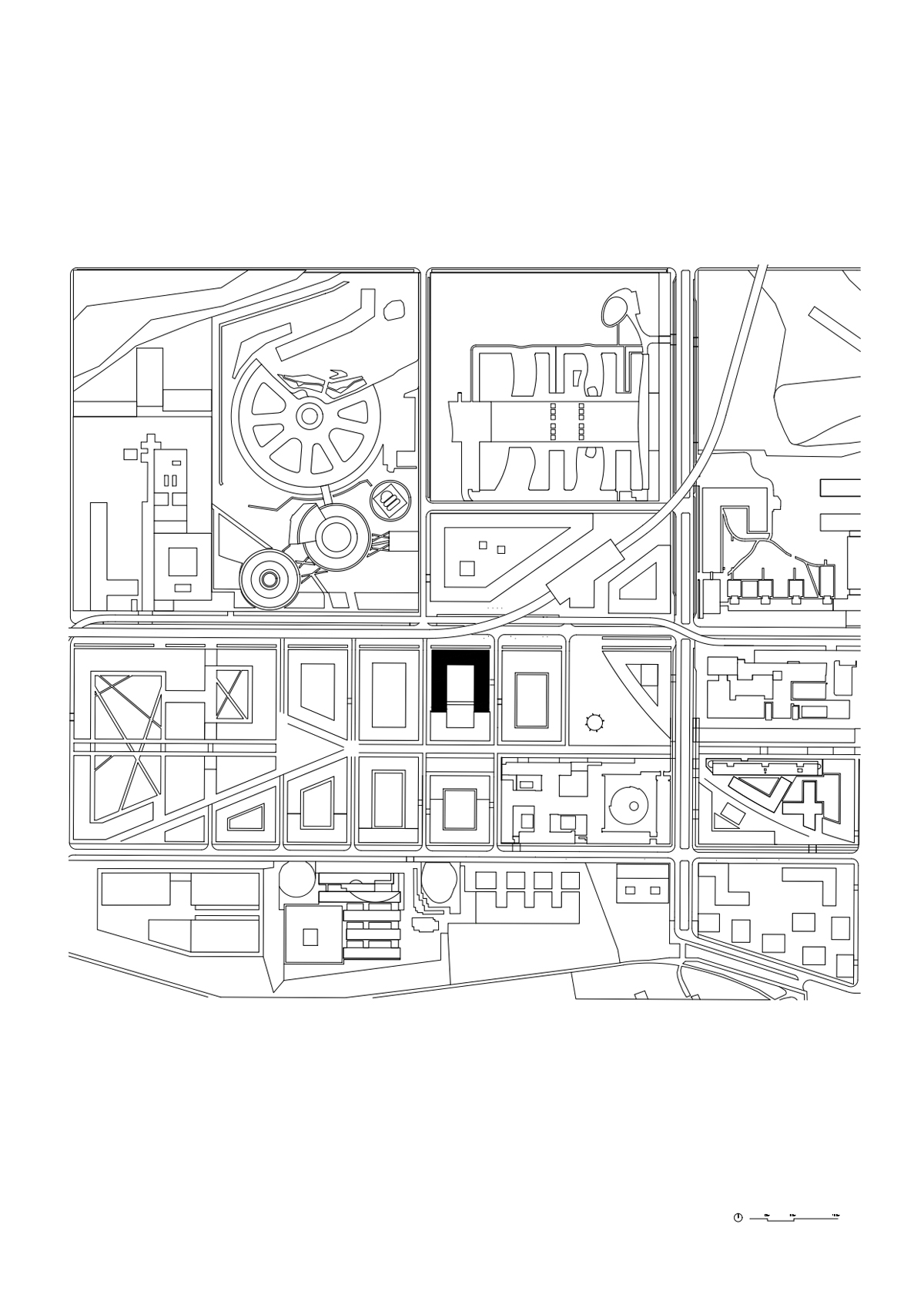 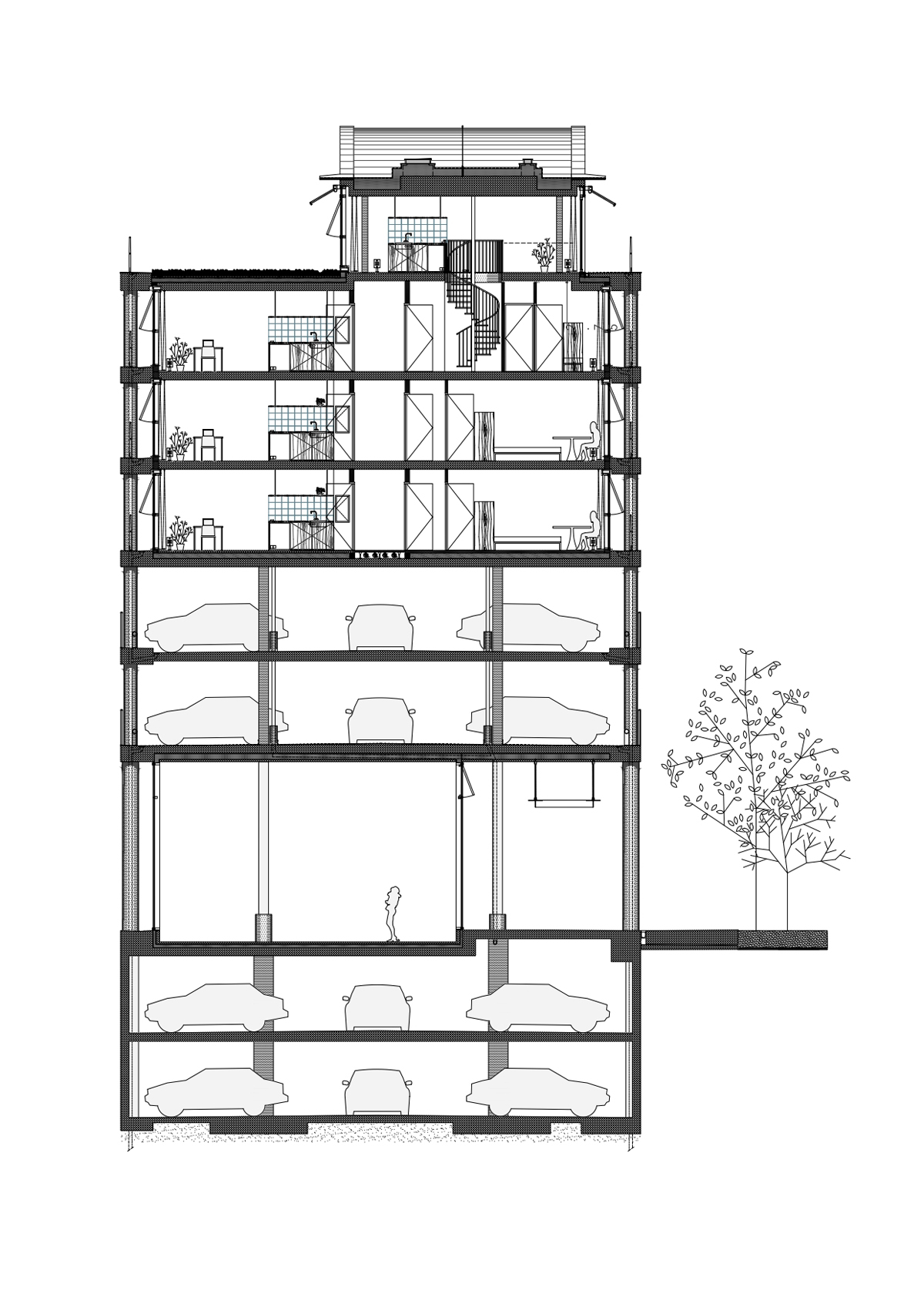 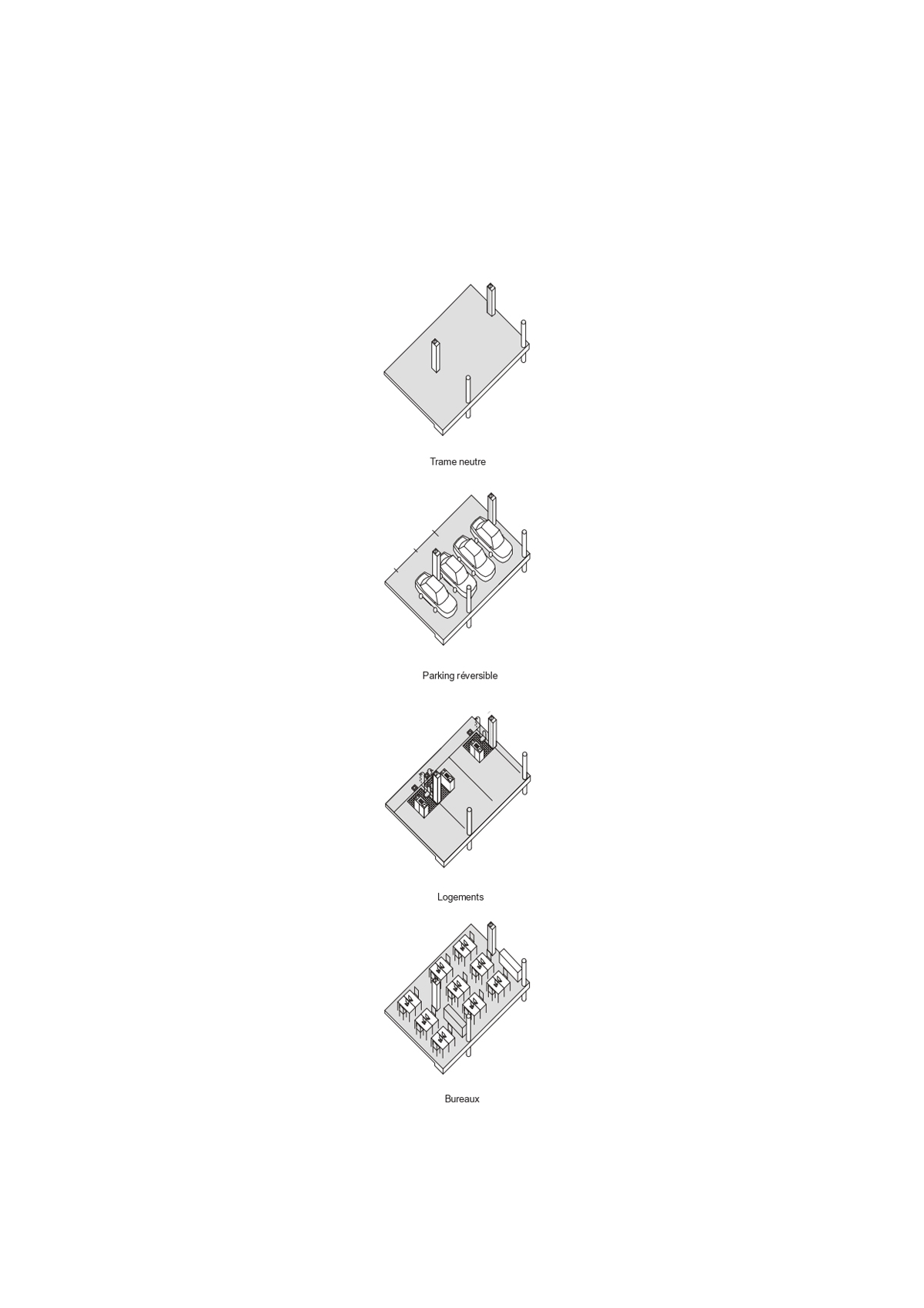 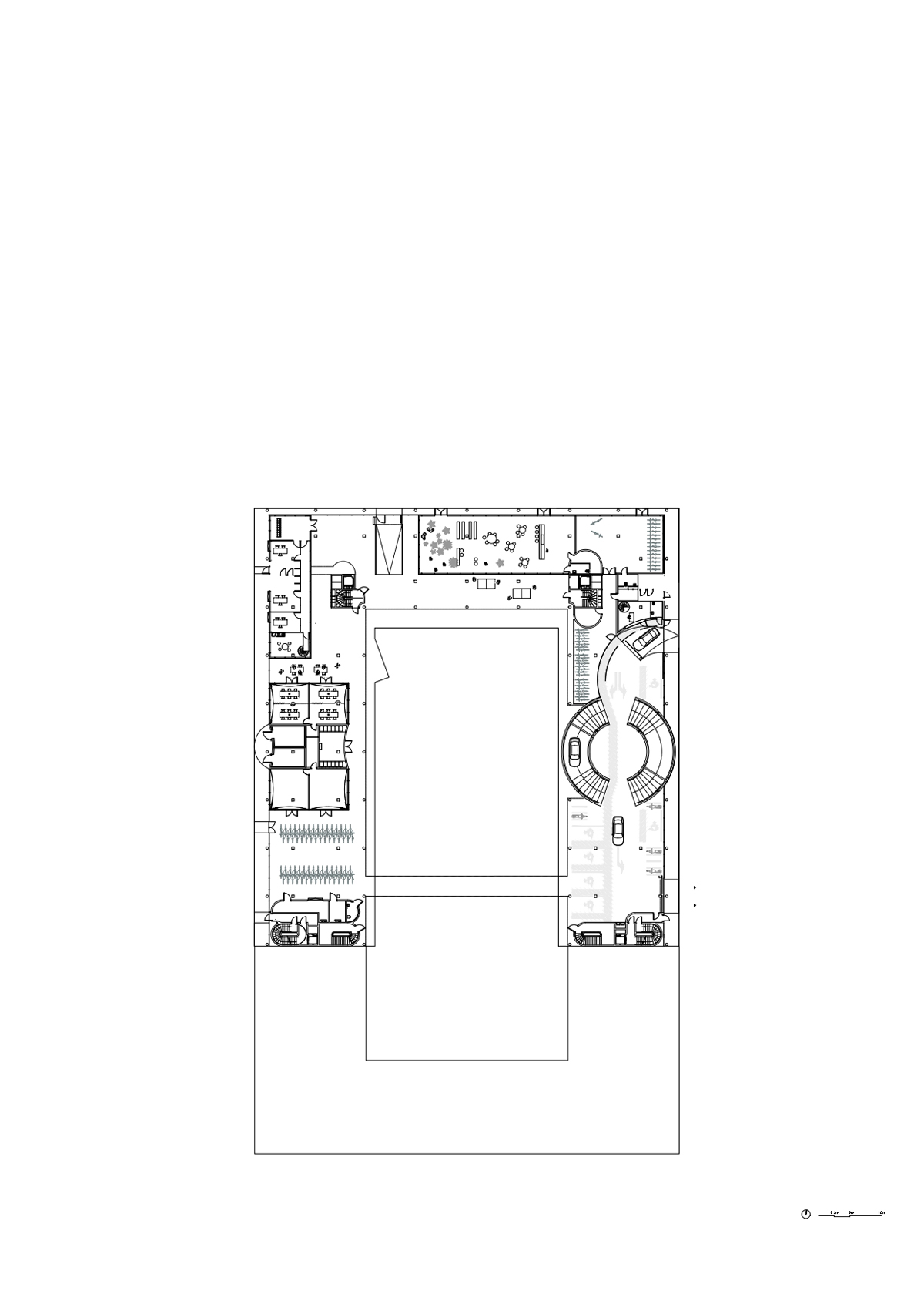 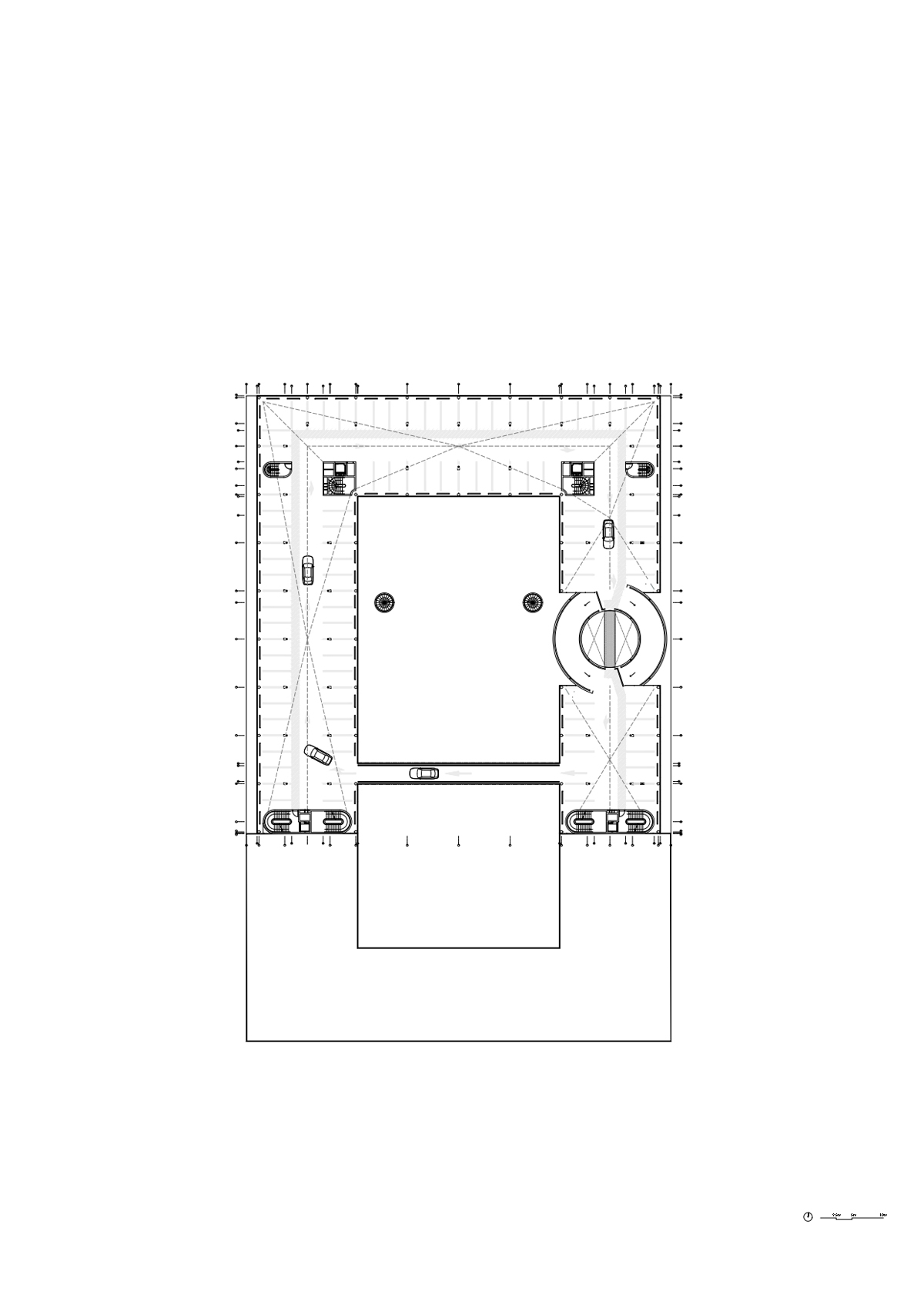 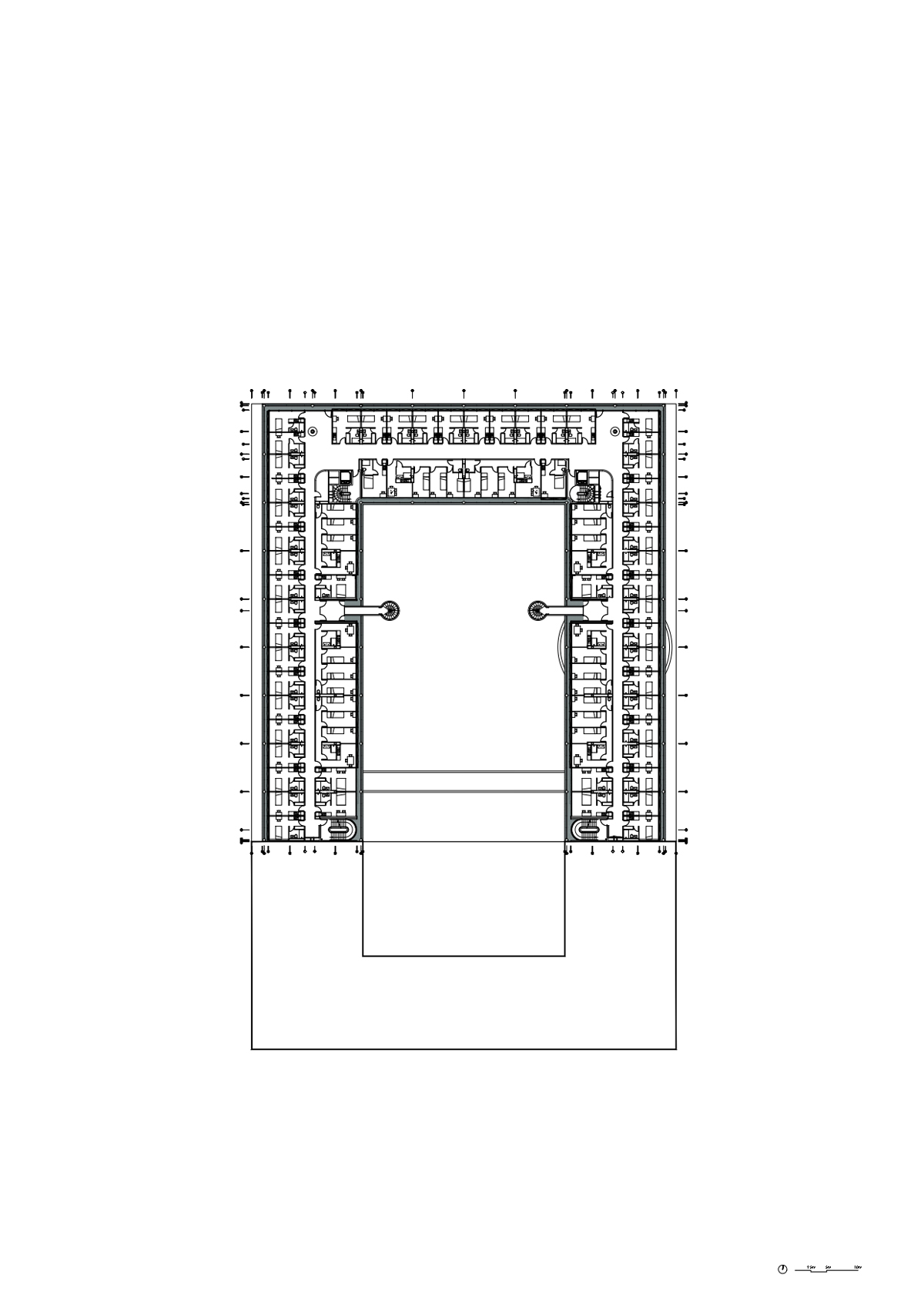 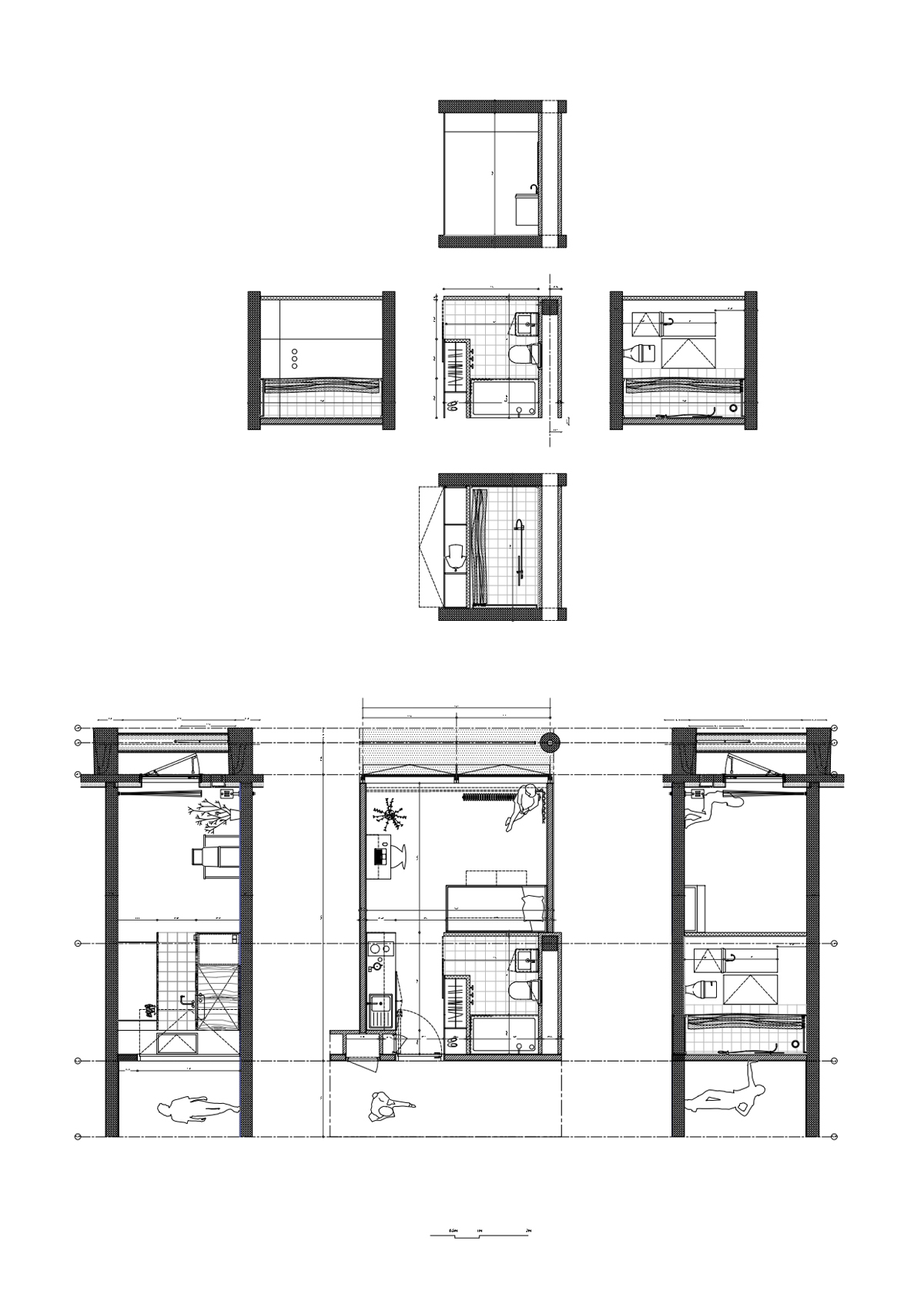 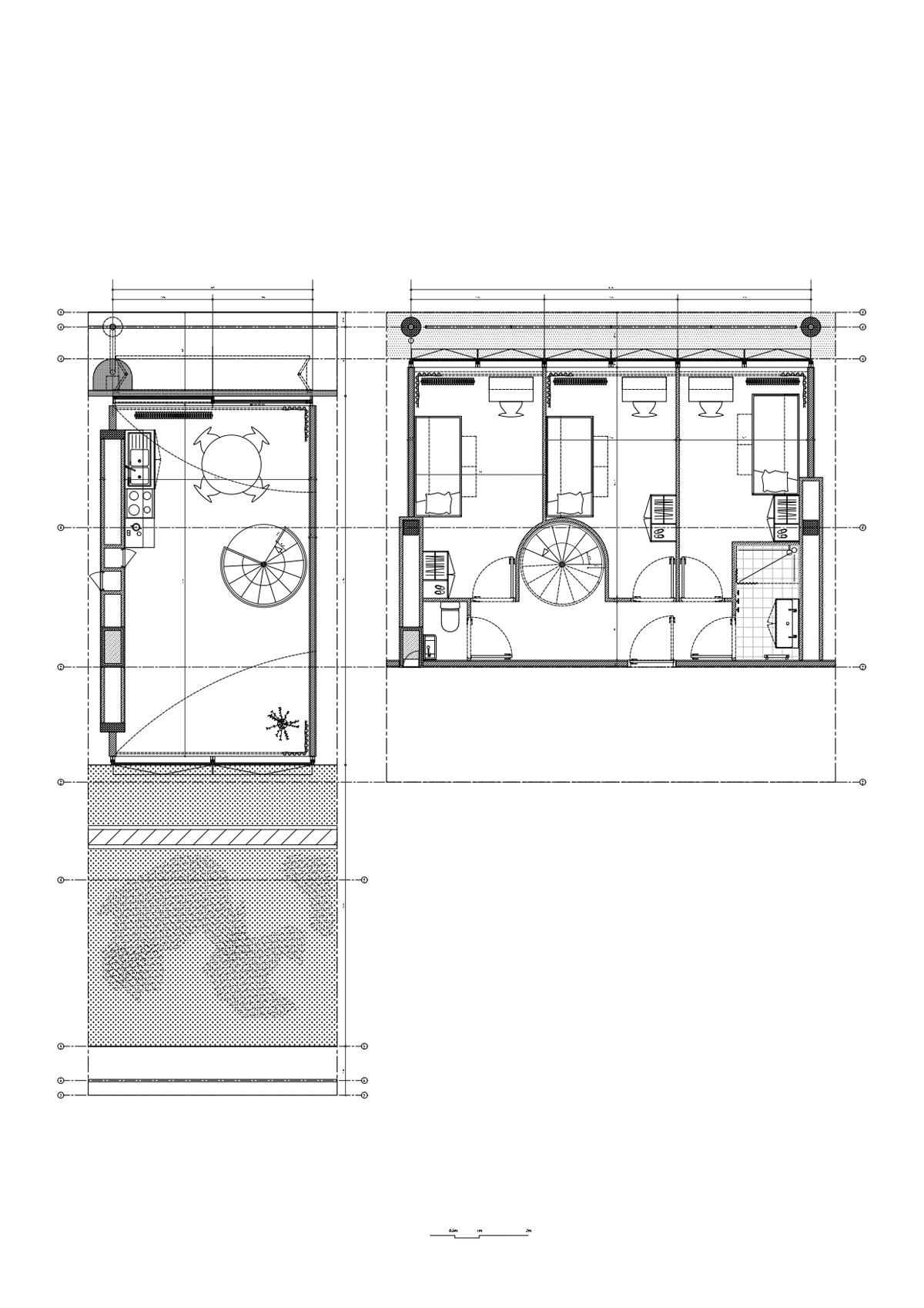 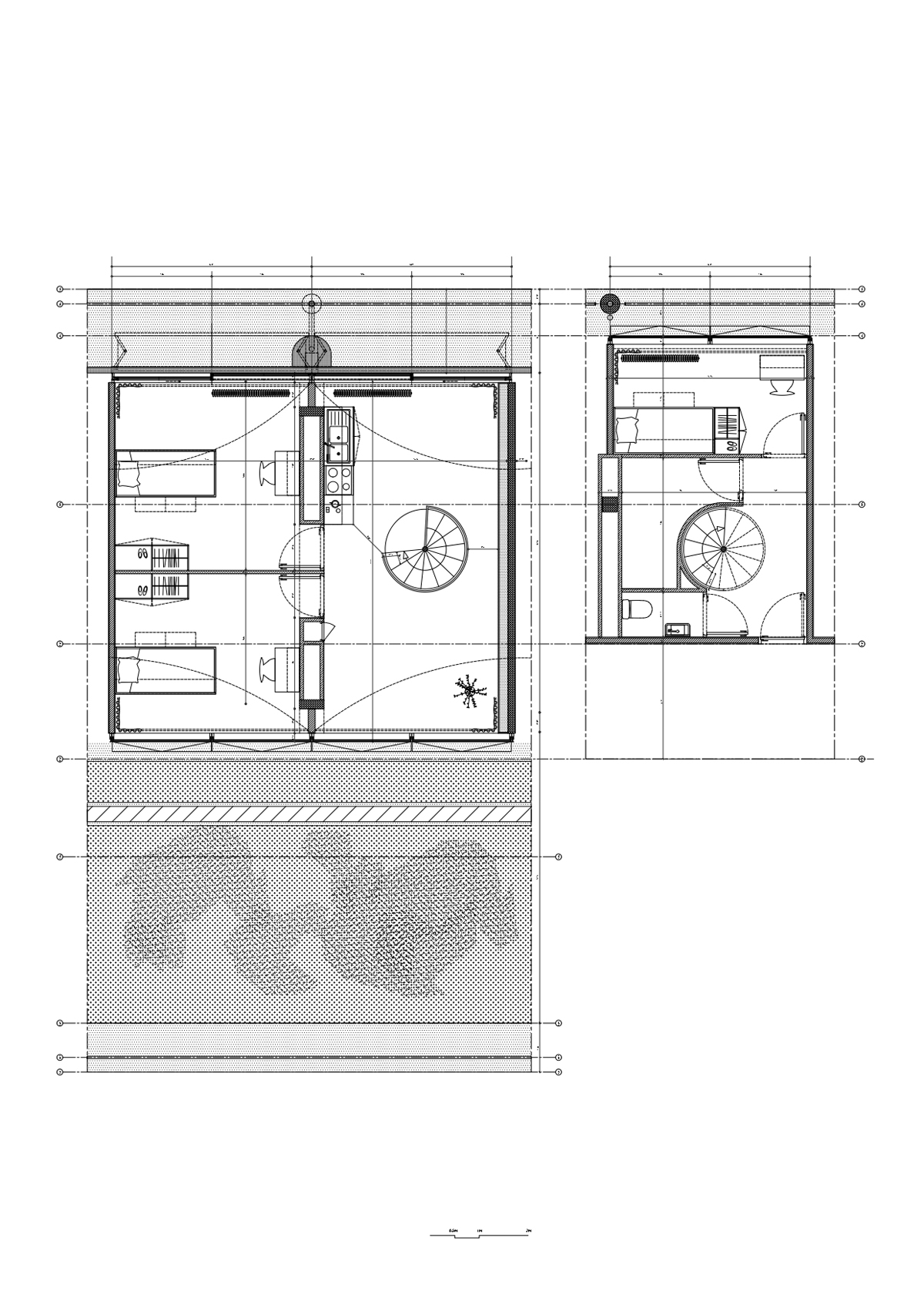 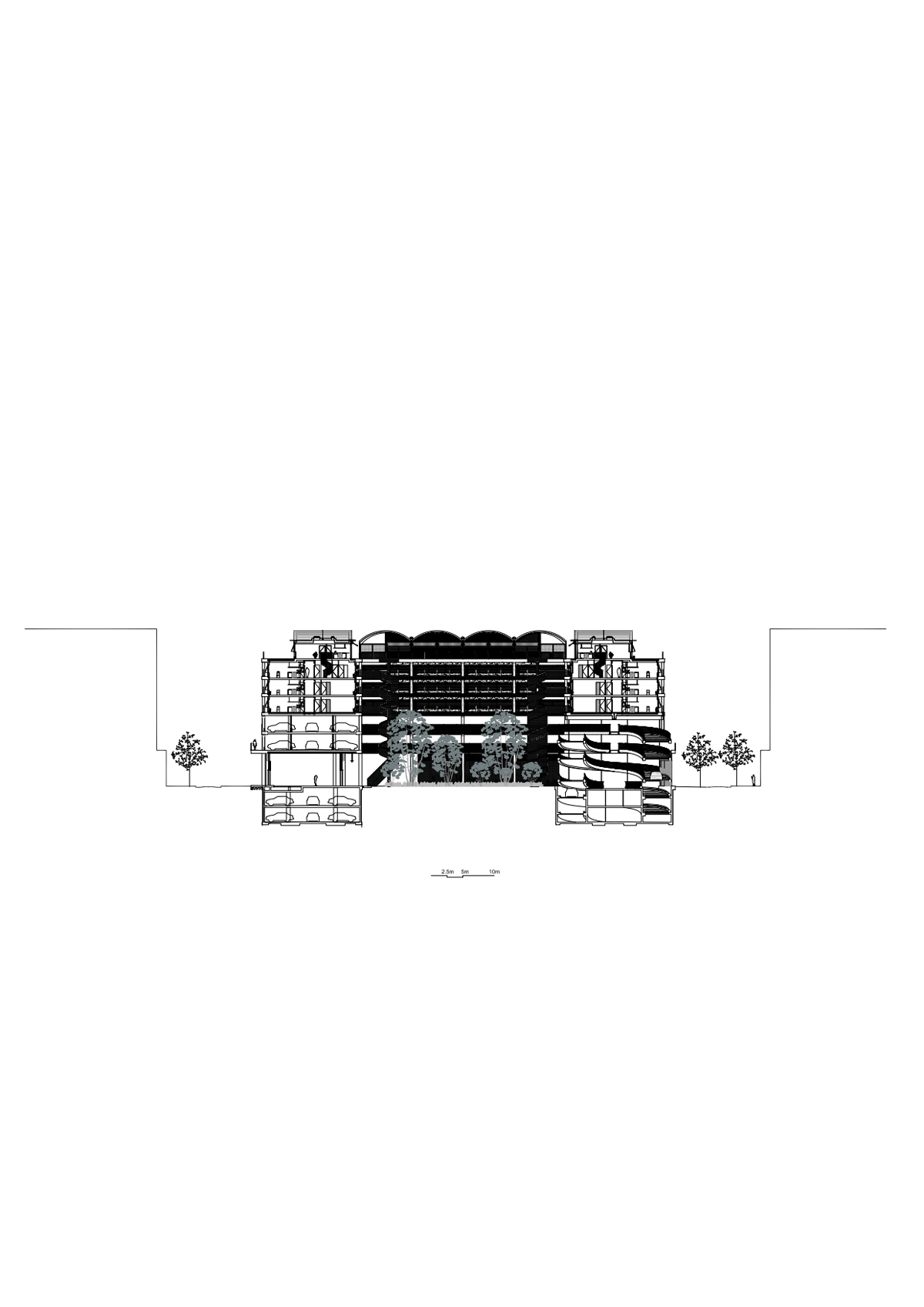