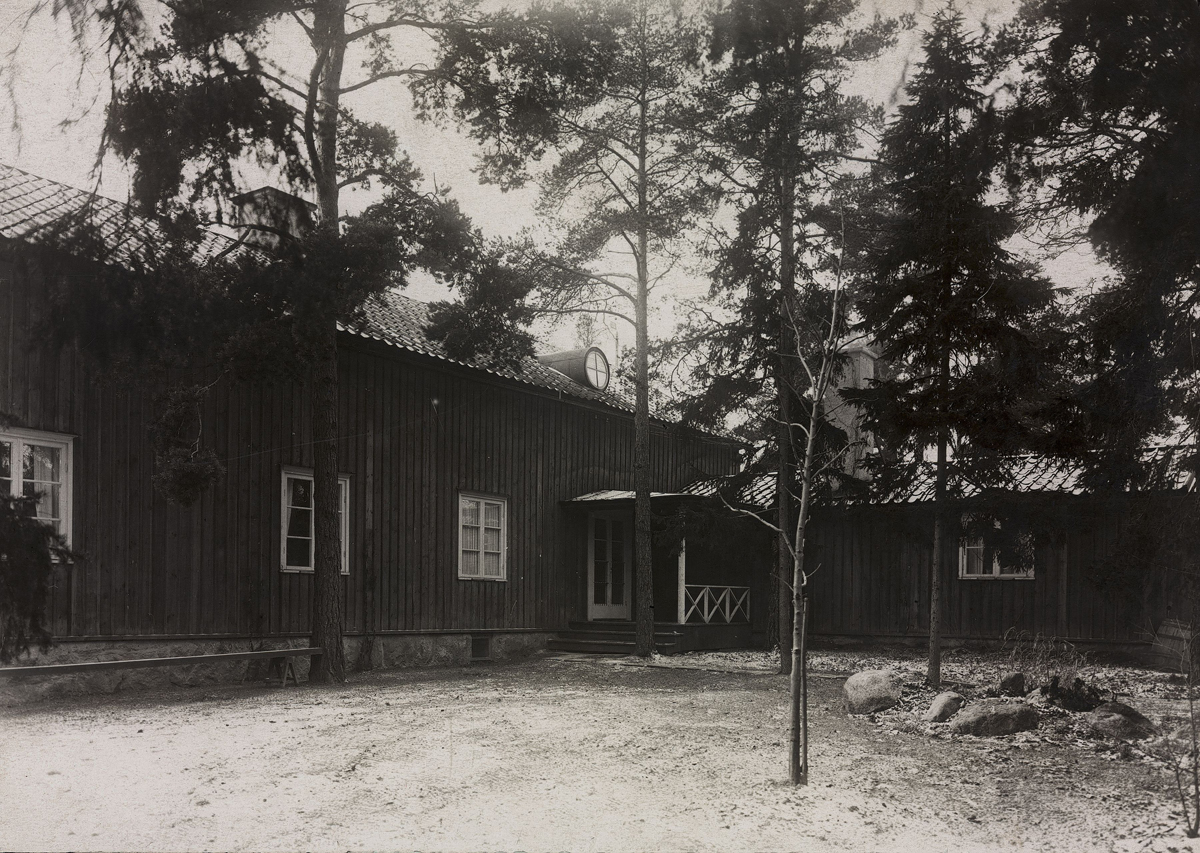 On Djursholm, a small wooden house was built, discreetly set on a south-facing wooded plateau. From there the view over the valley to the south and to the west was beautiful. Lewerentz was rather pleased with the commission which in his modest way he described in the magazine Arkitektur:

«The house contains living quarters for the master and mistress of the house, as well as guest rooms and kitchen and servant spaces. The streched-out plan is the result of two things: one, the desire to form an outer courtyard. And also, in getting to know the jovial and rather stocky client, it seemed that a long house would suit him best.»

Construction management as well as acquisition of material was in the hands of the architect, and from the point of view of  economics, this proved to be advantageous, also for the architect, and was possible in a building of this size. The building is of timber frame on a granite foundation, wood panelled on the exterior and plastered on the interior. The facades are painted grey with a reddish tone, achieved with a solution of iron vitriol in water with a little red coloring added. The roofs are of Spanish tile. The exterior stairs are preserved with black tar and the woodwork is oilpainted in a grey-white.

All the work was carried out by local artisans; the heating system was installed by the client himself and Filip Mansson was responsible for the painting. The building which was erected in 1914 and whose architect was the firm of Lewerentz & Stubeliusm cost a total of 25.000 Skr.

Today the house is still in good condition. A separate garage has been added which now encloses the courtyard on the south-east, and the kitchen wing has been lengthened with additional living space. The additions date from 1957. The iron vitriol of the facades has been repainted brown. 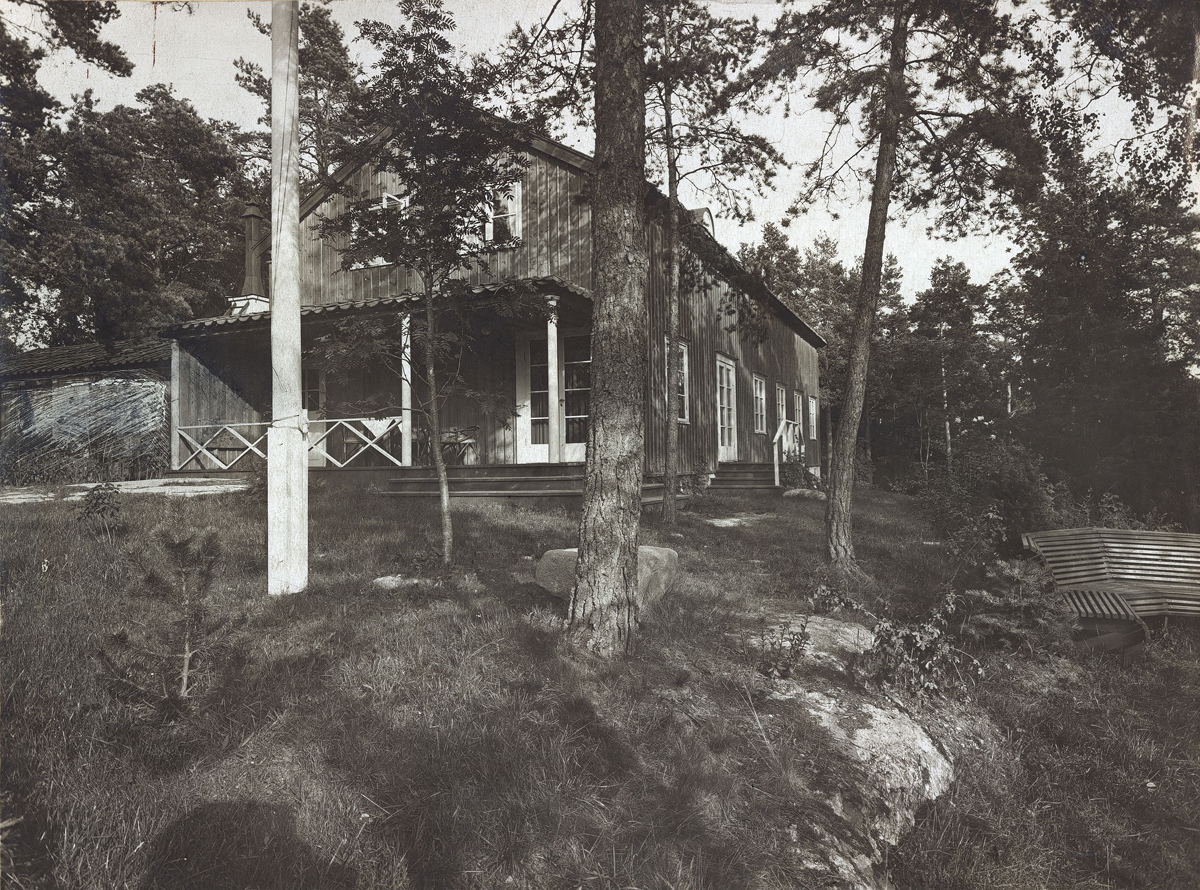 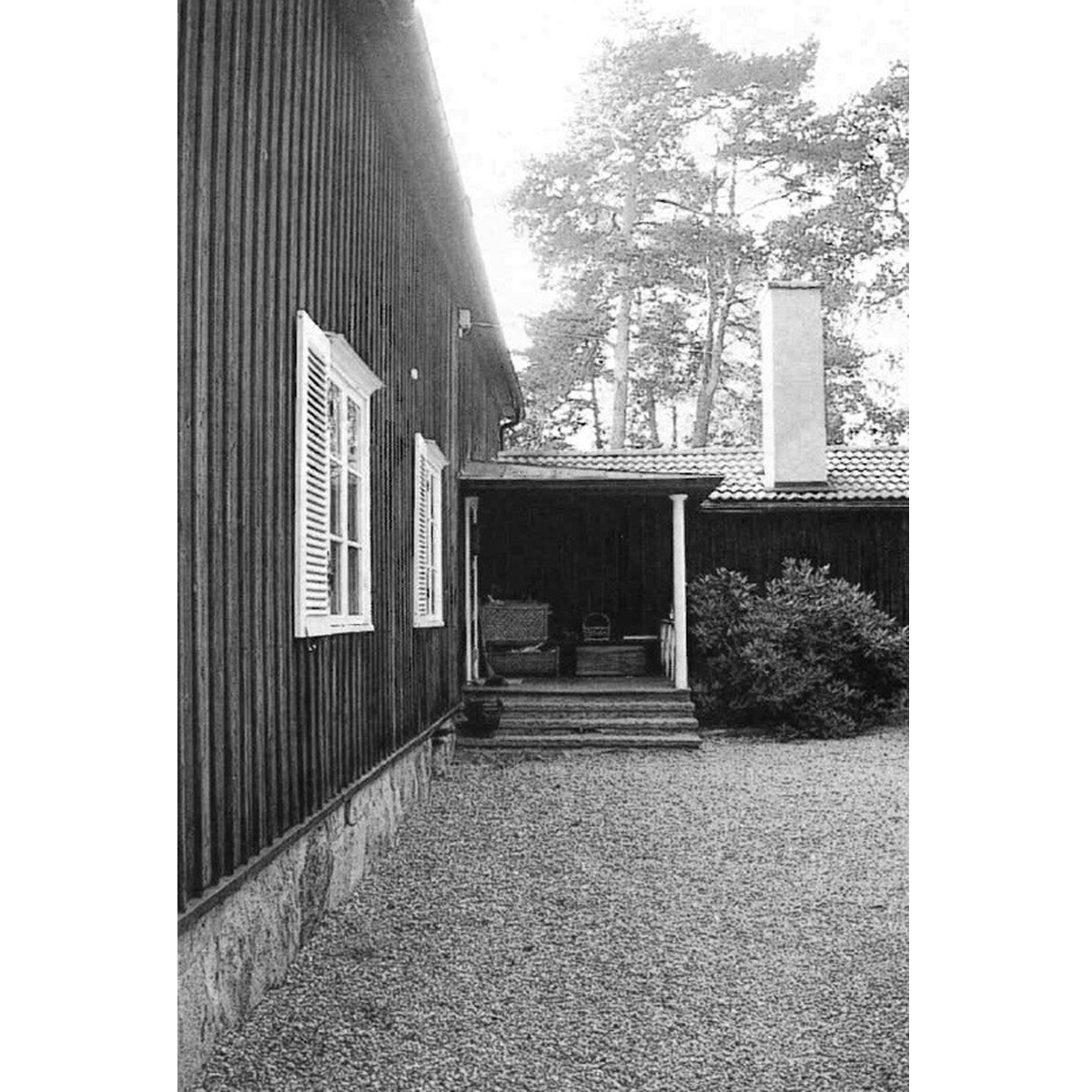 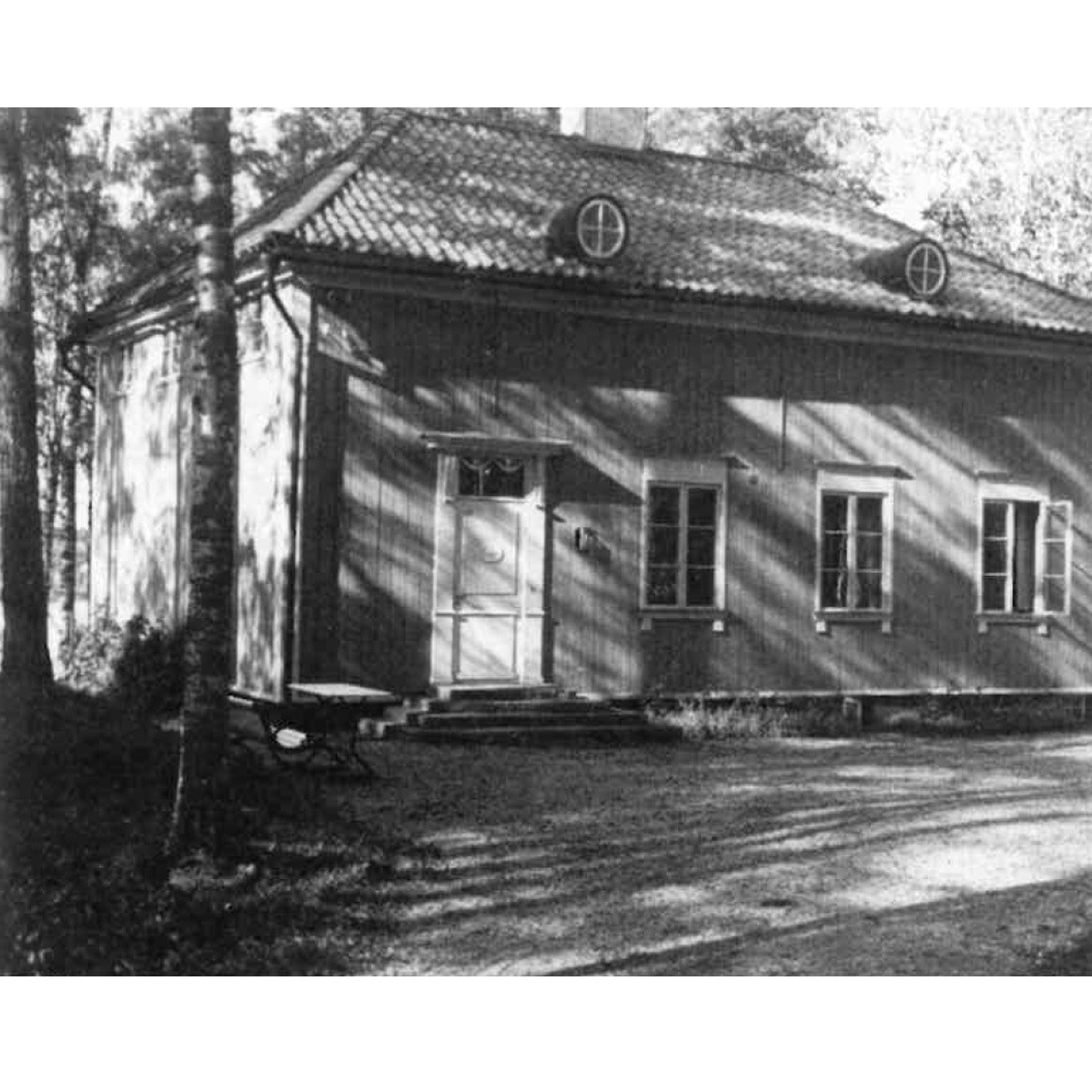 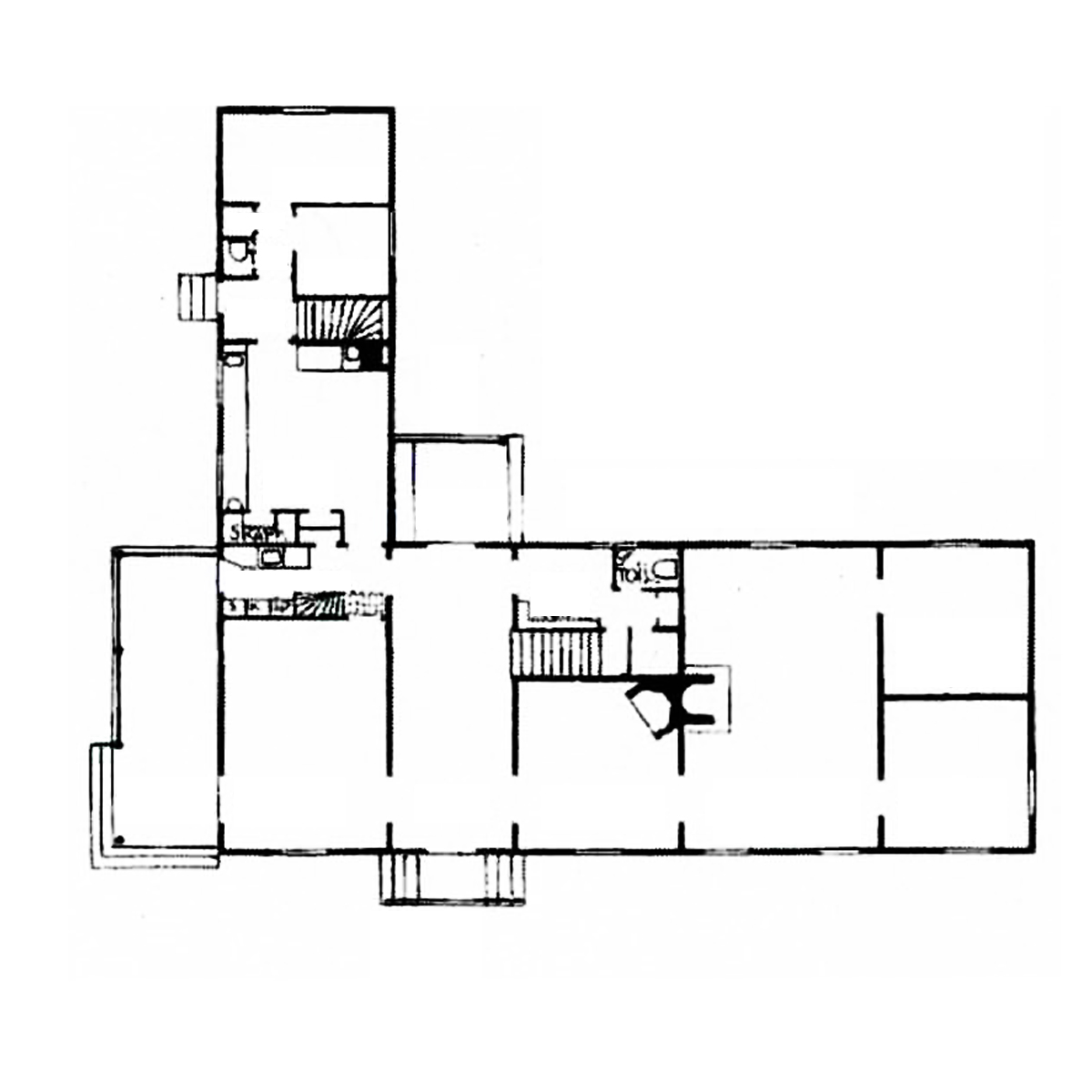 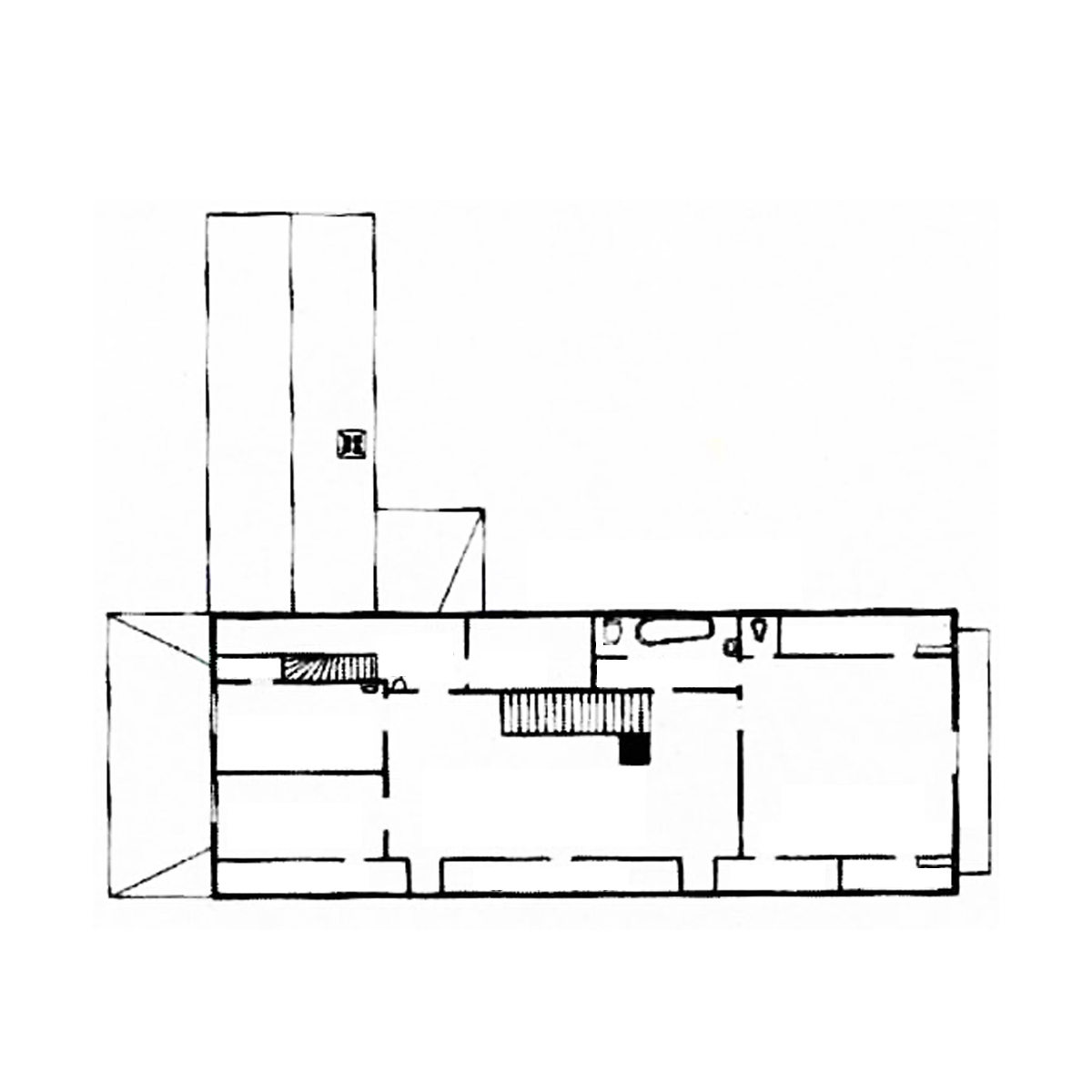