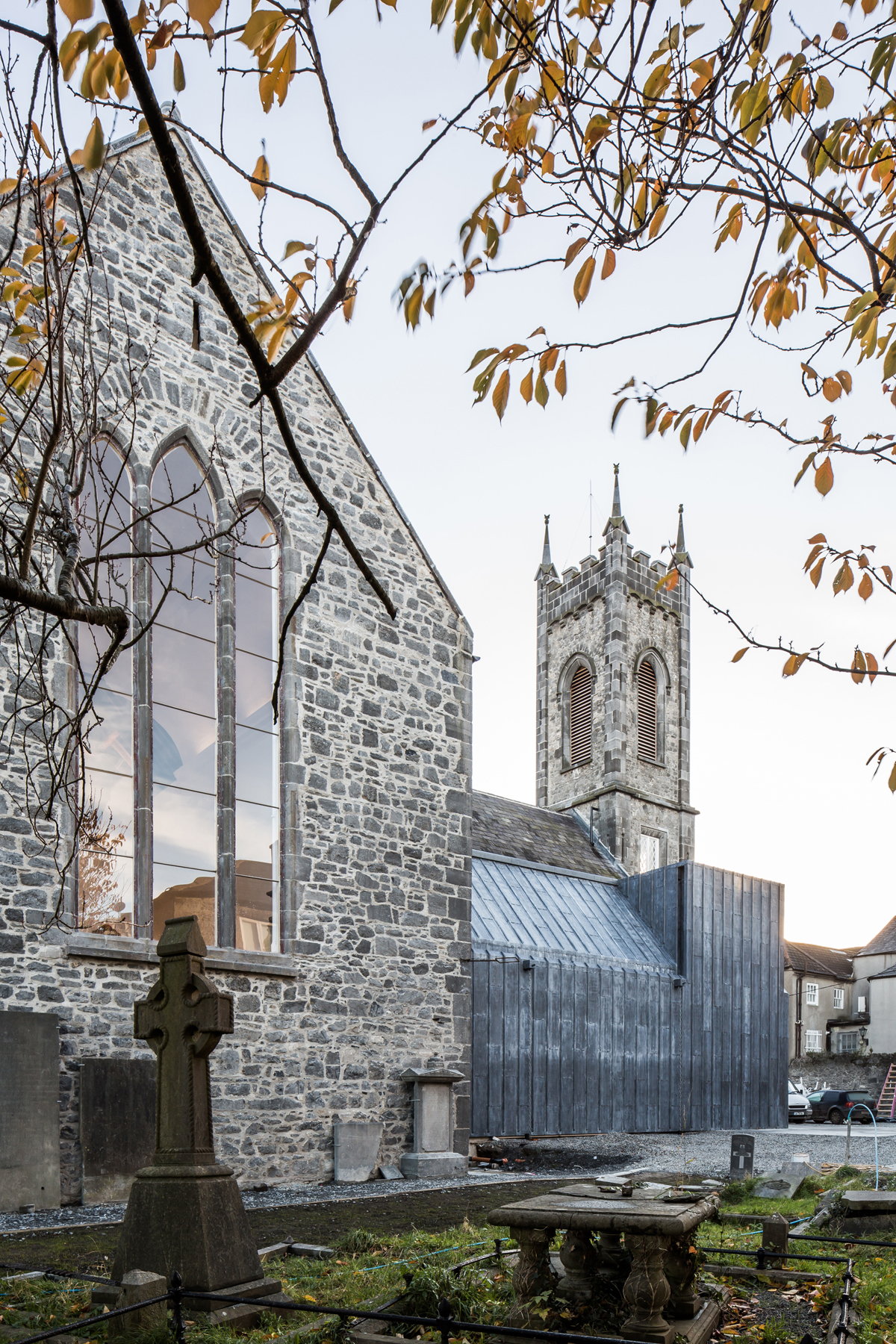 St Mary’s Hall, formerly St Mary’s Church, High Street, Kilkenny was founded in the thirteenth century as the parish church of the City. In use as a Parish and Masonic Hall since the mid-20th century, it was purchased by Kilkenny Borough Council in 2010 with assistance from Kilkenny County Council and the Department of Environment, Heritage and Local Government.

The building is a cruciform 13th century stone structure with a later tower at its Western end; it sits in a substantial walled graveyard to the rear of High Street. The graveyard has recently been opened as a garden to the public; it contains many important tombs and monuments from the Middle Ages to the 20th century.

The church had acquired depth and complexity in monuments and nave aisles, elements which were later shorn off, the aisles removed, the chancel demolished- a shape expanding and contracting, already through a violent cycle of change. As found, the interior was cut up into separate rooms and levels to make a parish hall.

The project intention was to restore the church as a museum, retaining some of the 20th century interventions, and to honour its medieval spatial complexity by re-constructing the North aisle and chancel to the original plan but a different internal section and materiality using the base of the original walls in an non-interventive way. The chancel room overlooks the town, re-establishing its dominant form in the urban landscape; the space beneath it becomes a tomb-filled undercroft. Both of the new gabled elements are finished in lead, with rooflights directed to levels of archaeology below. 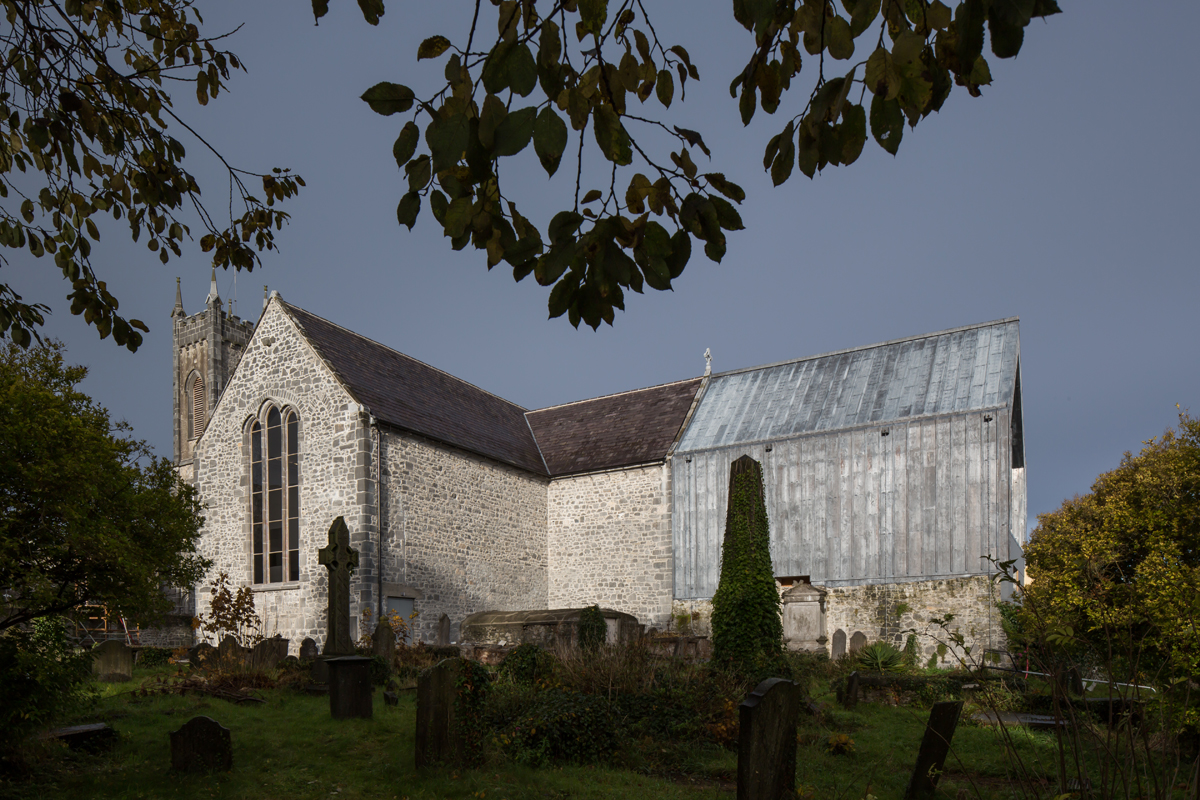 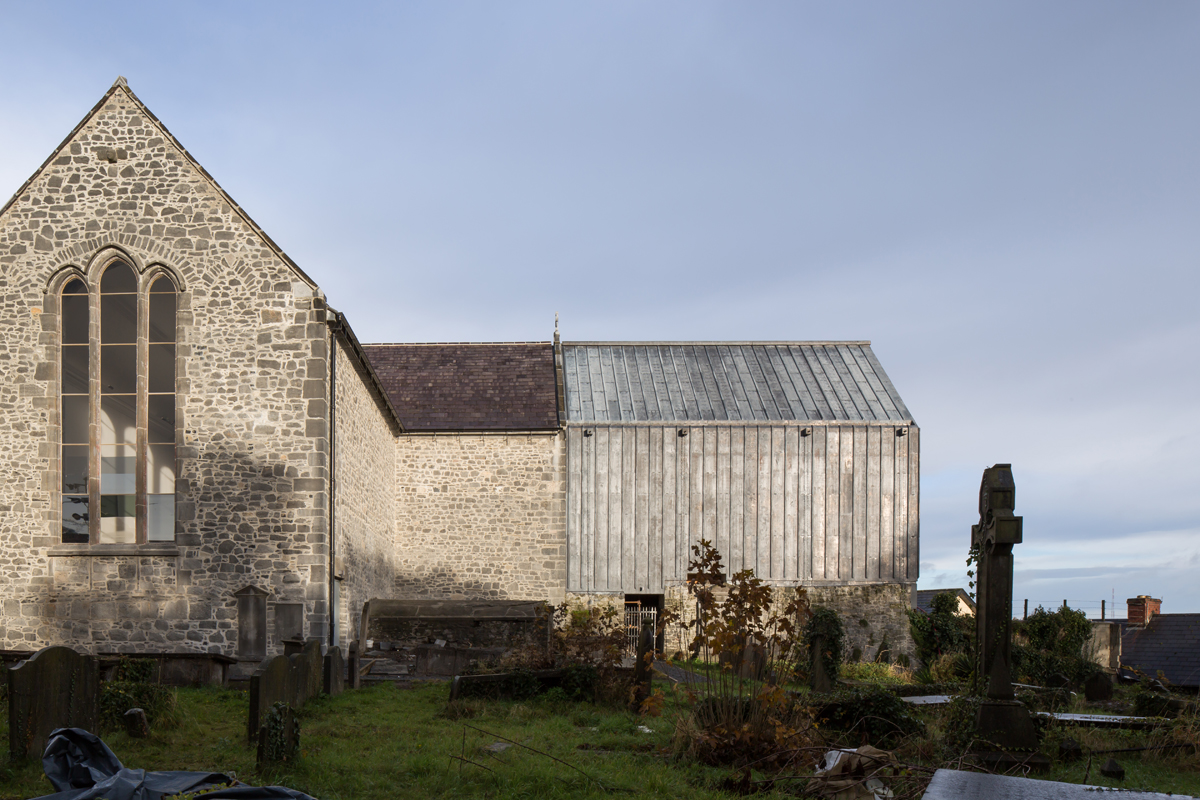 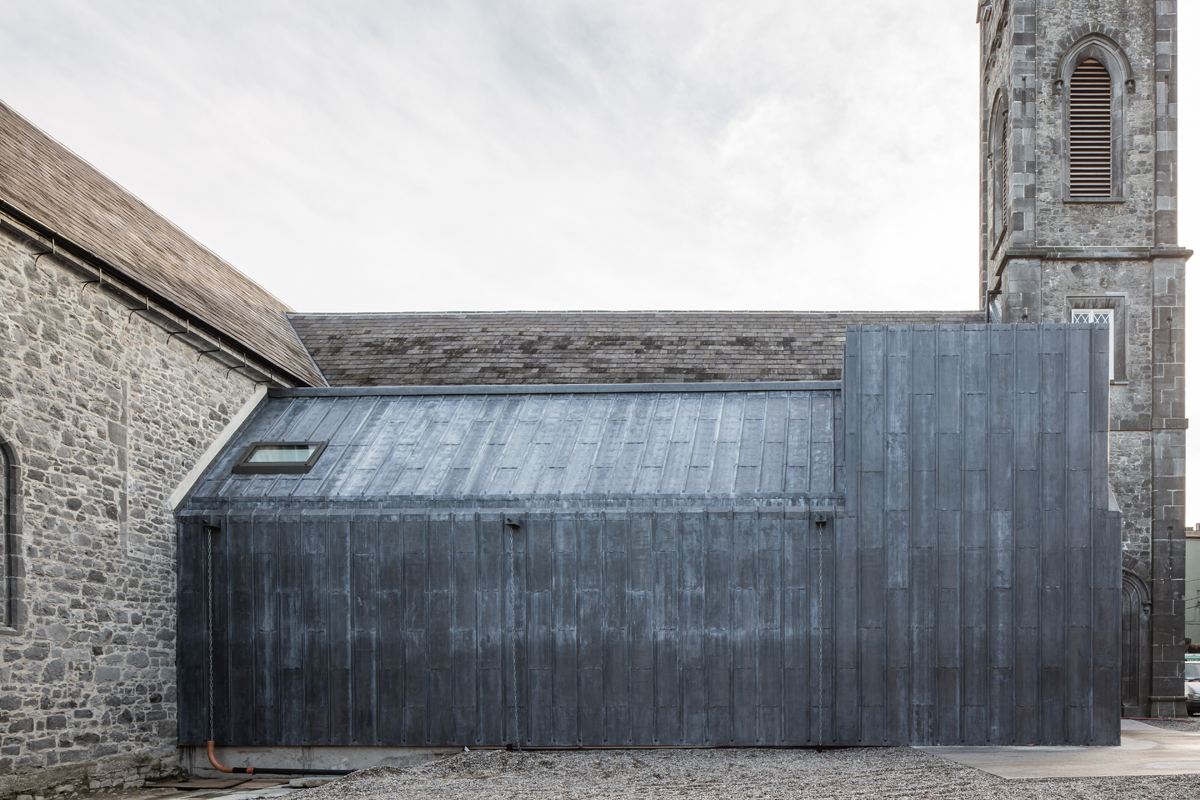 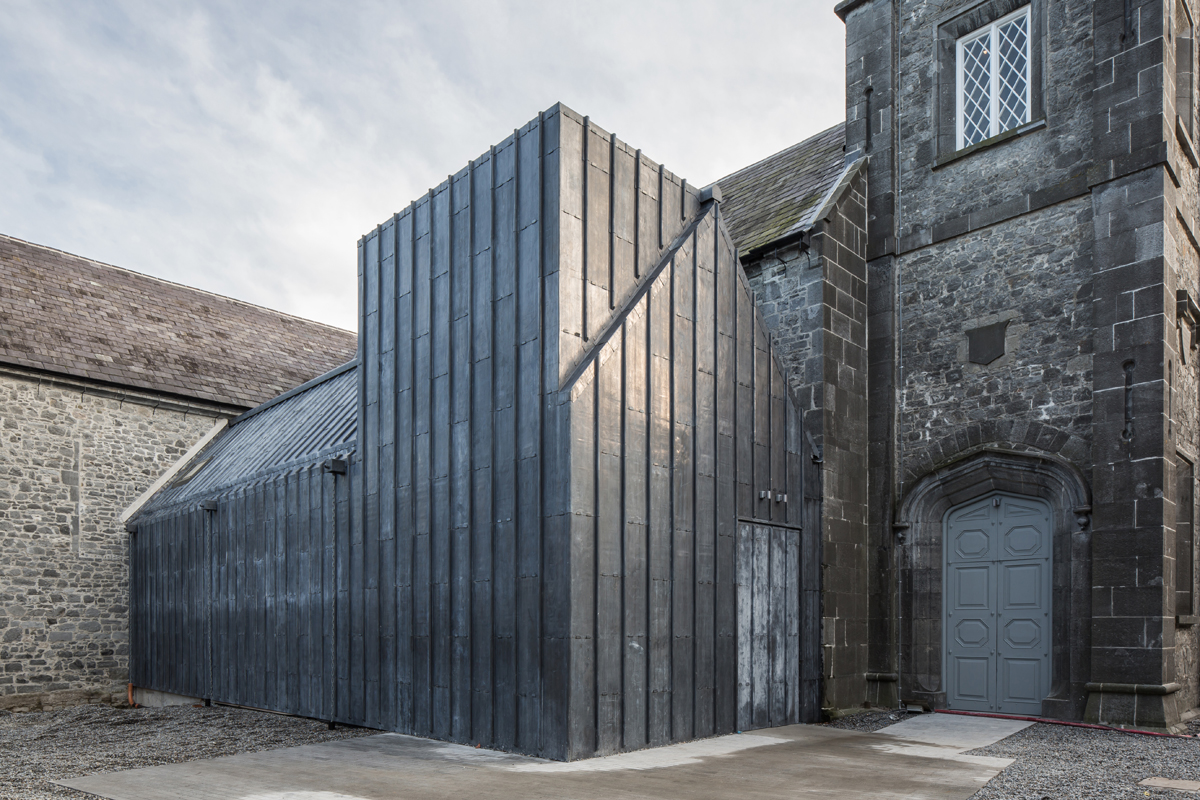 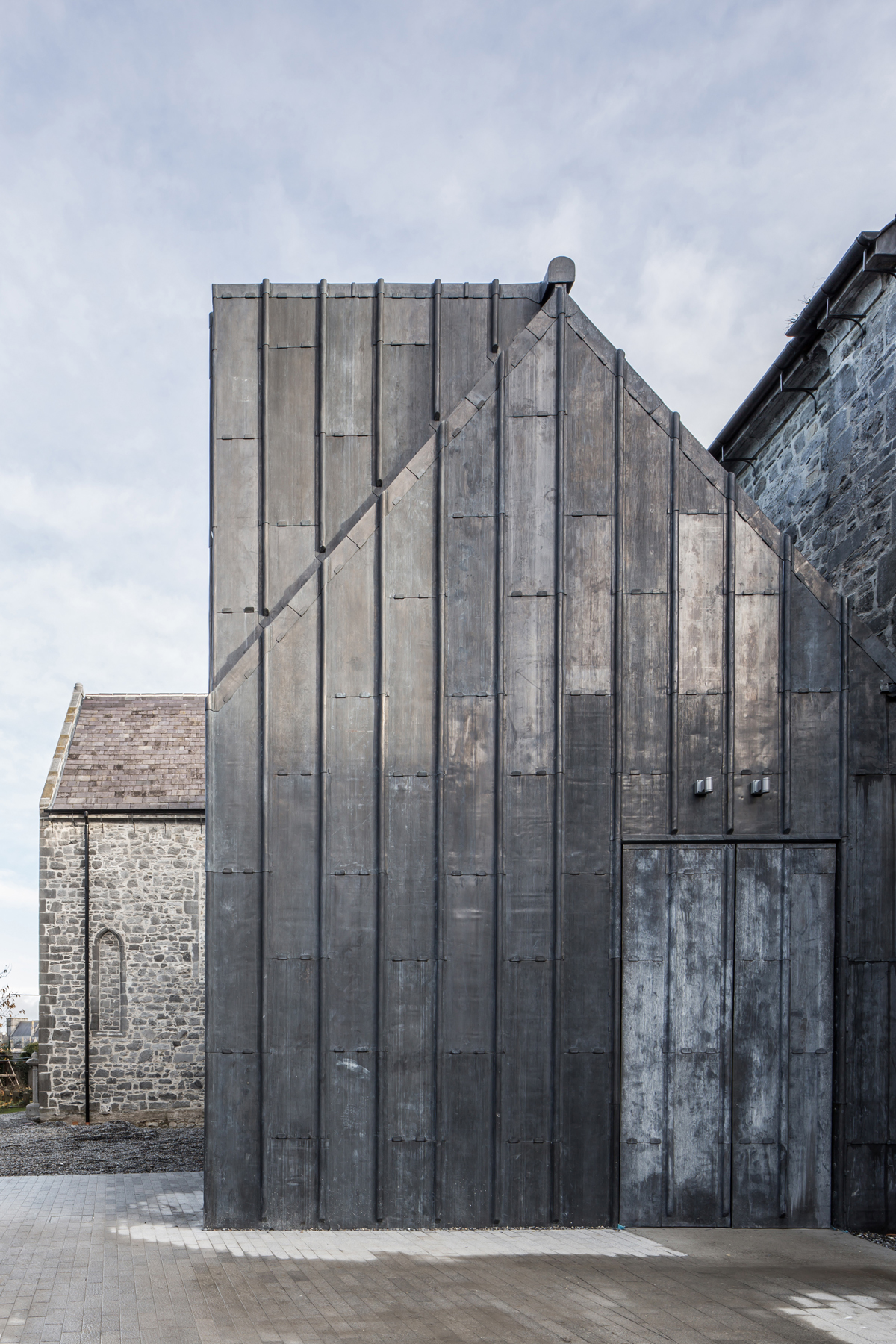 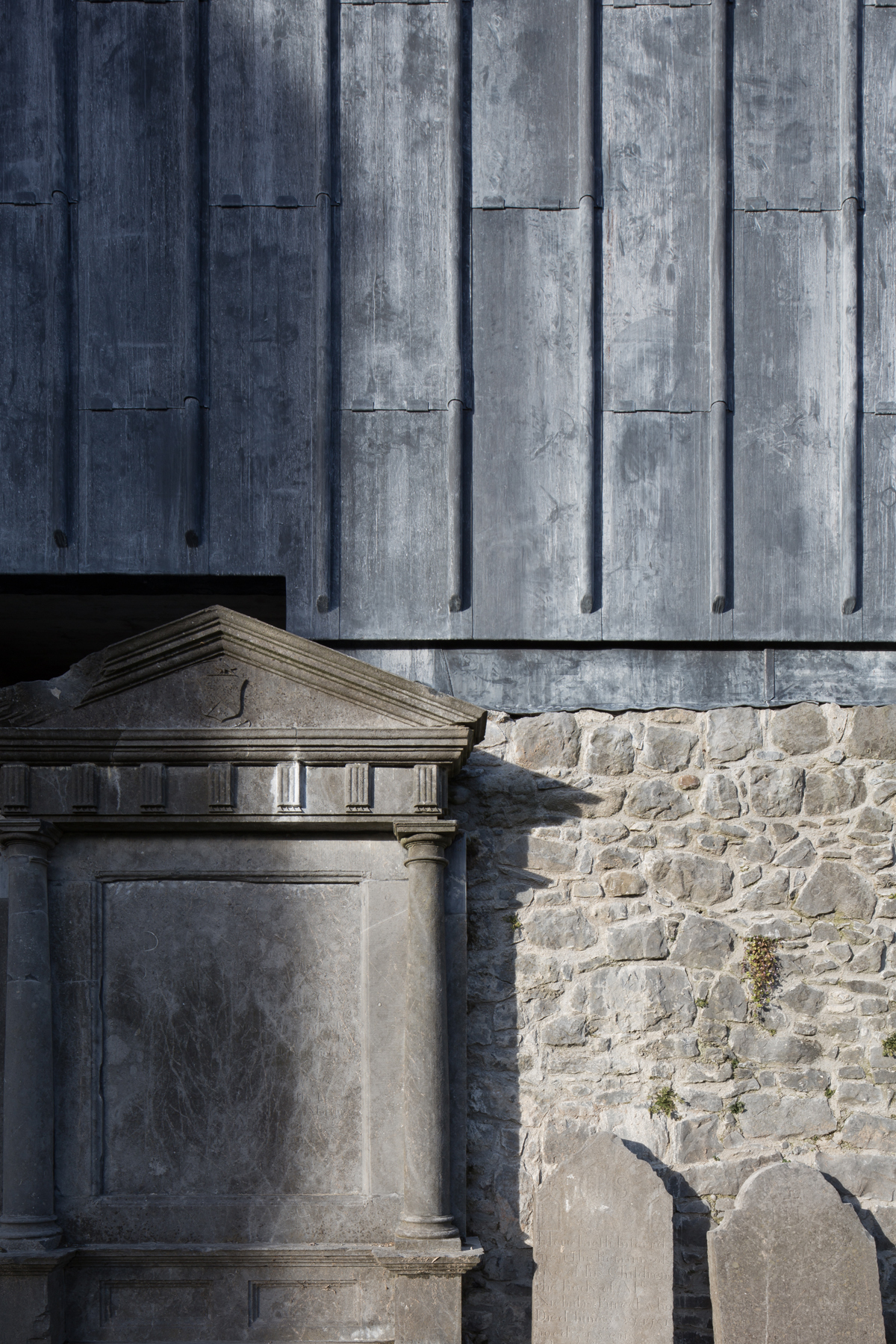 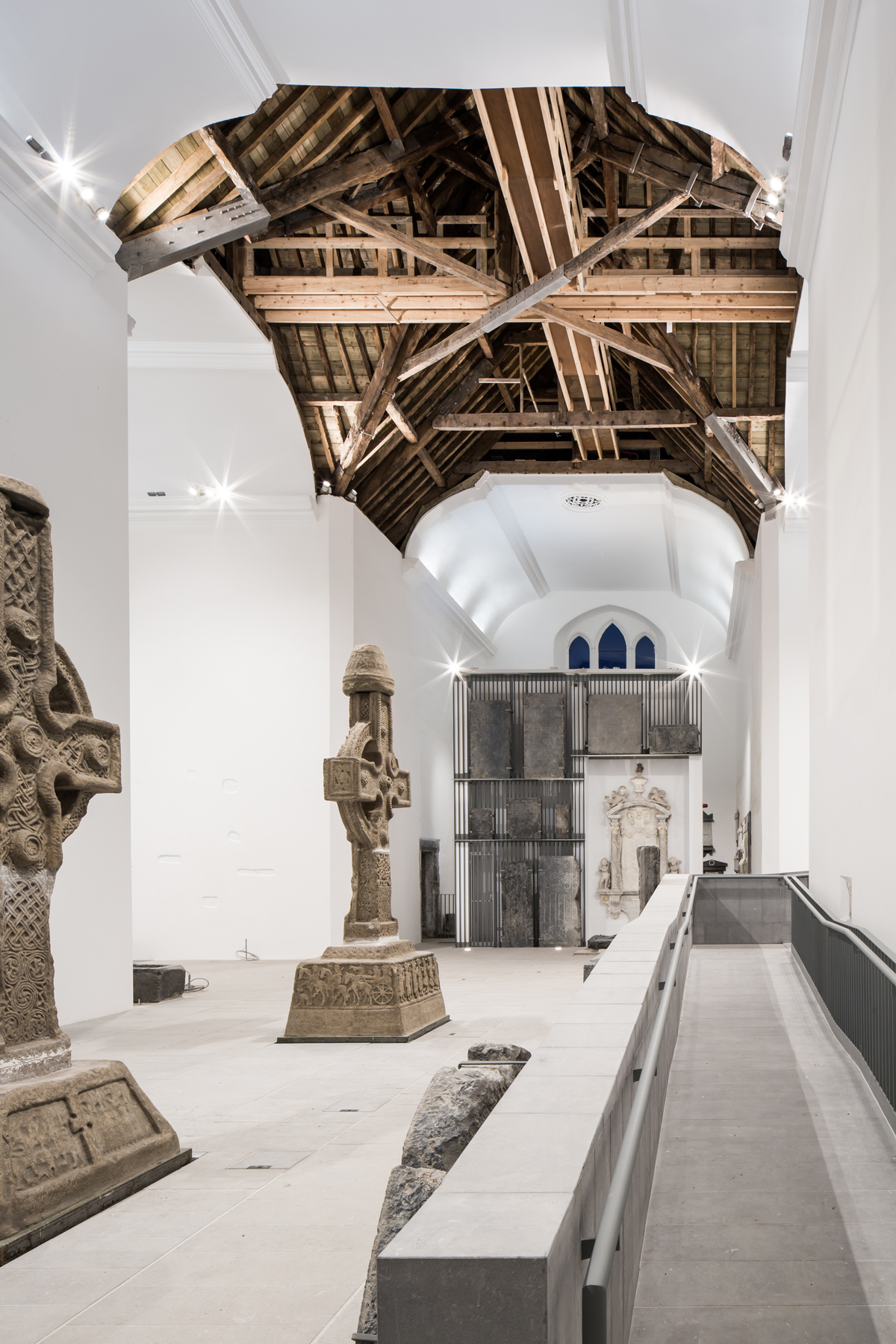 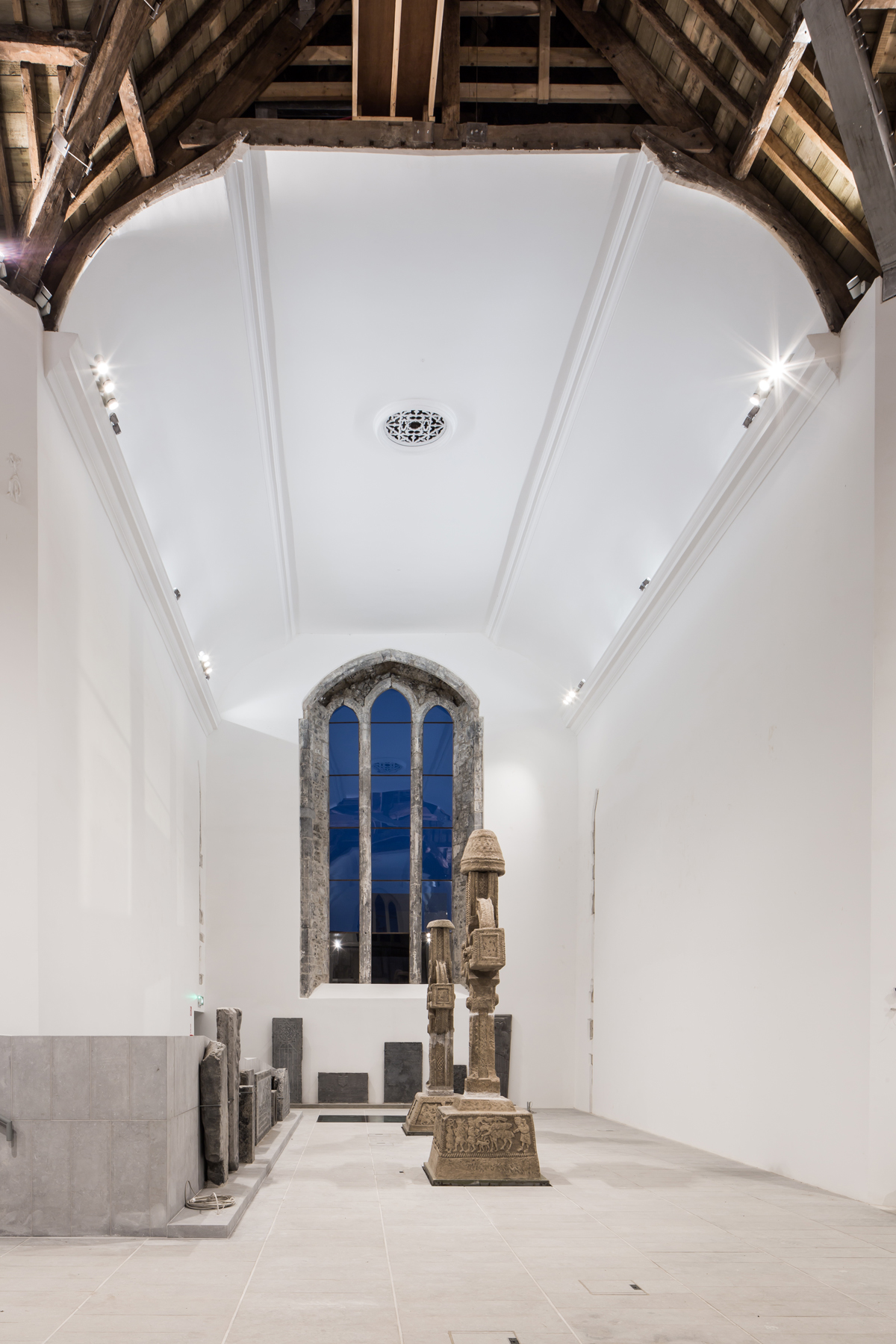 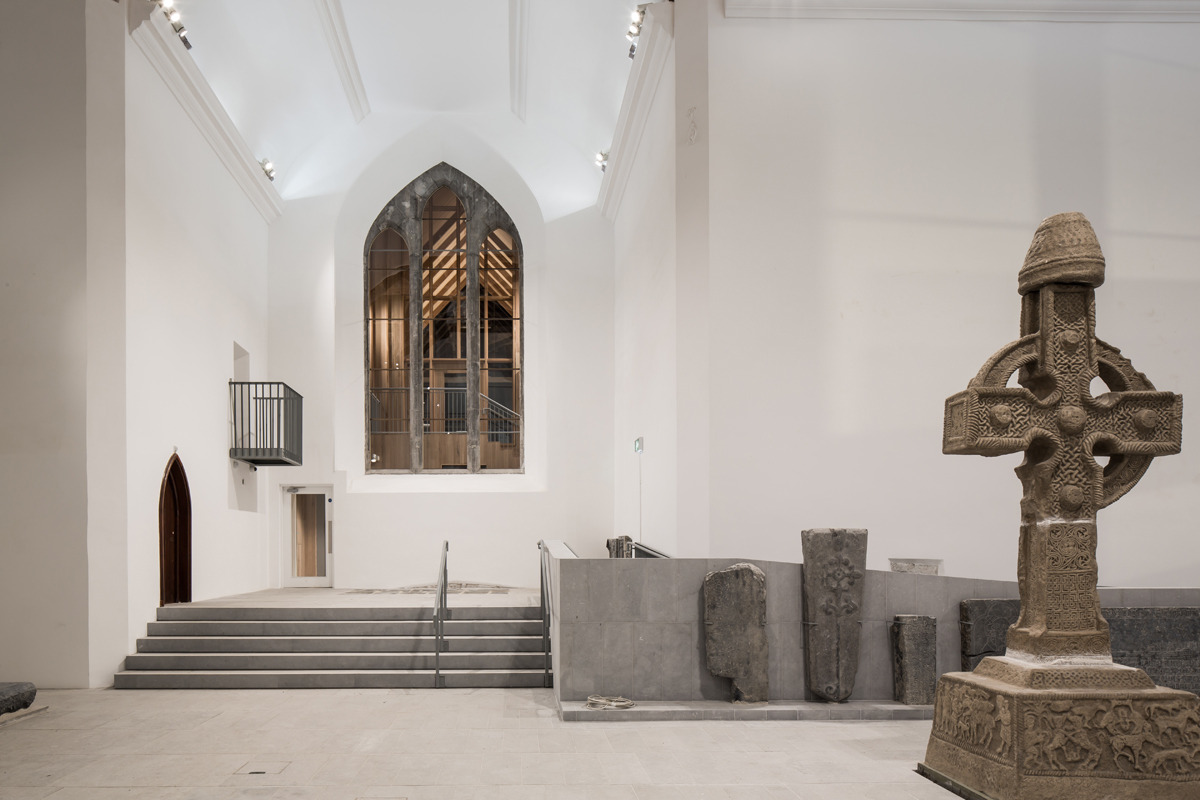 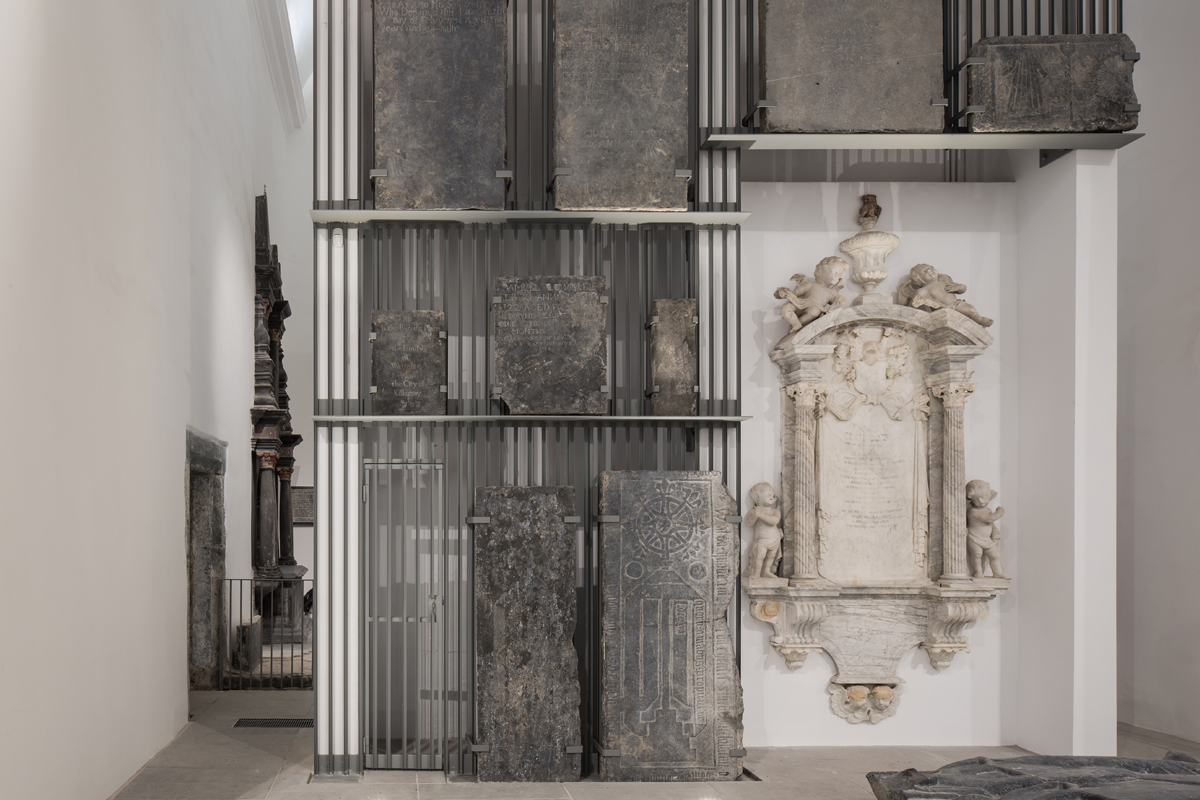 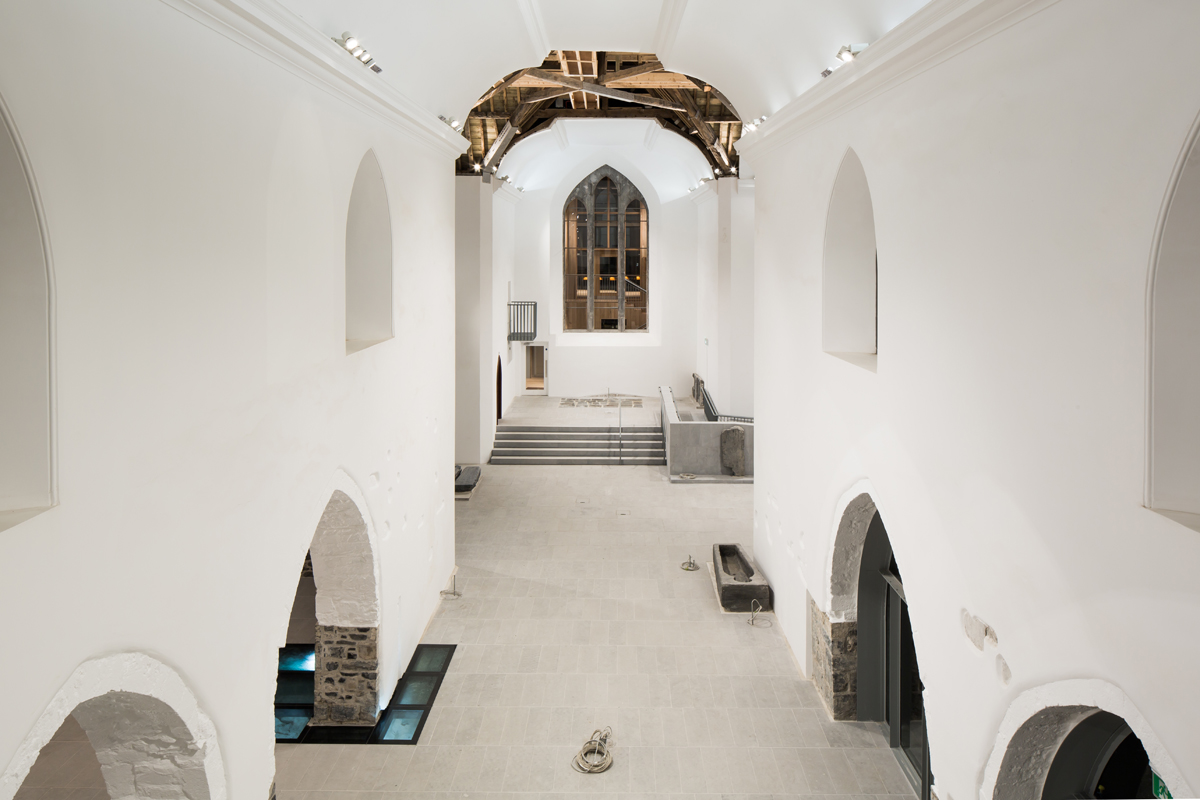 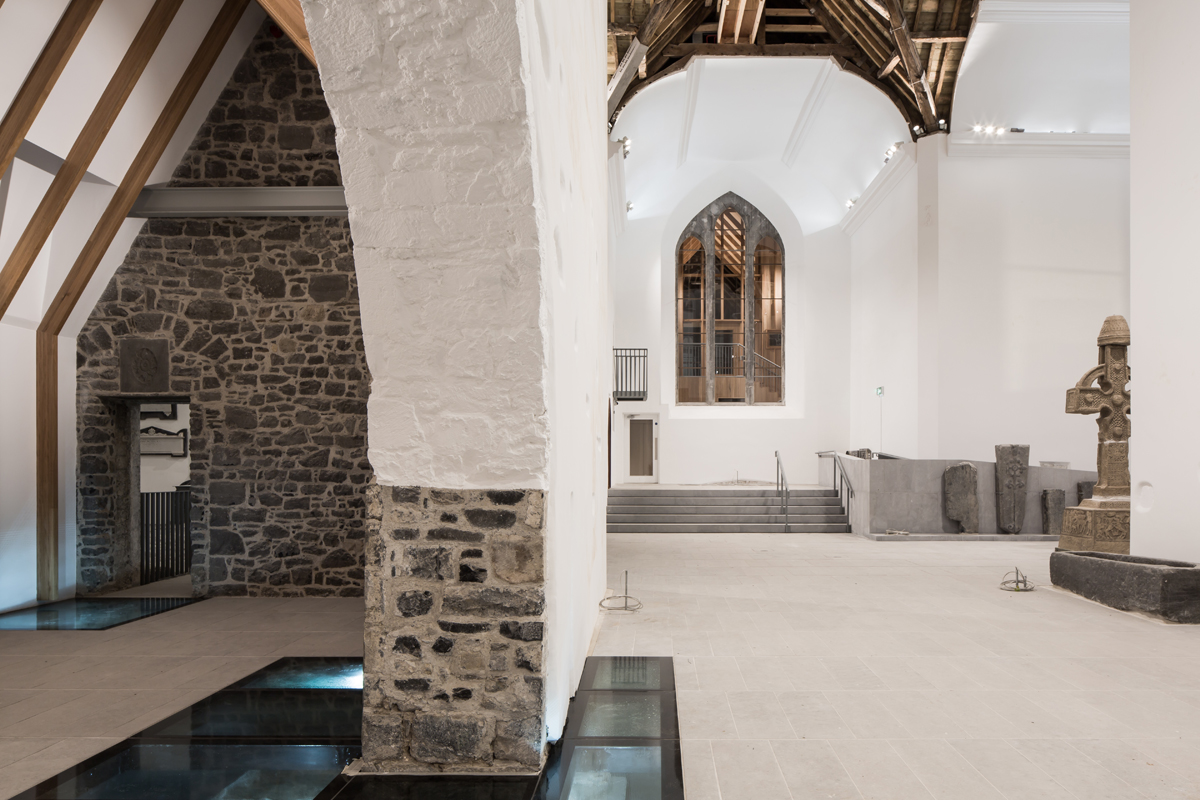 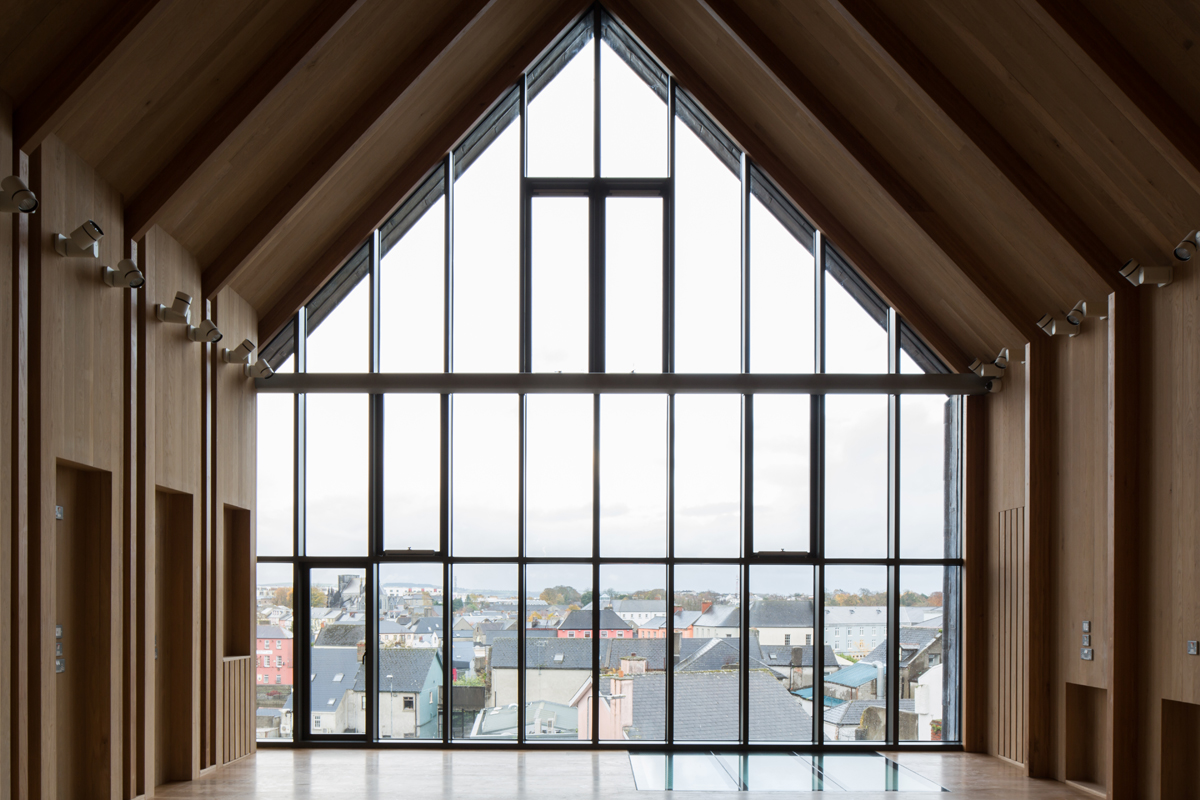 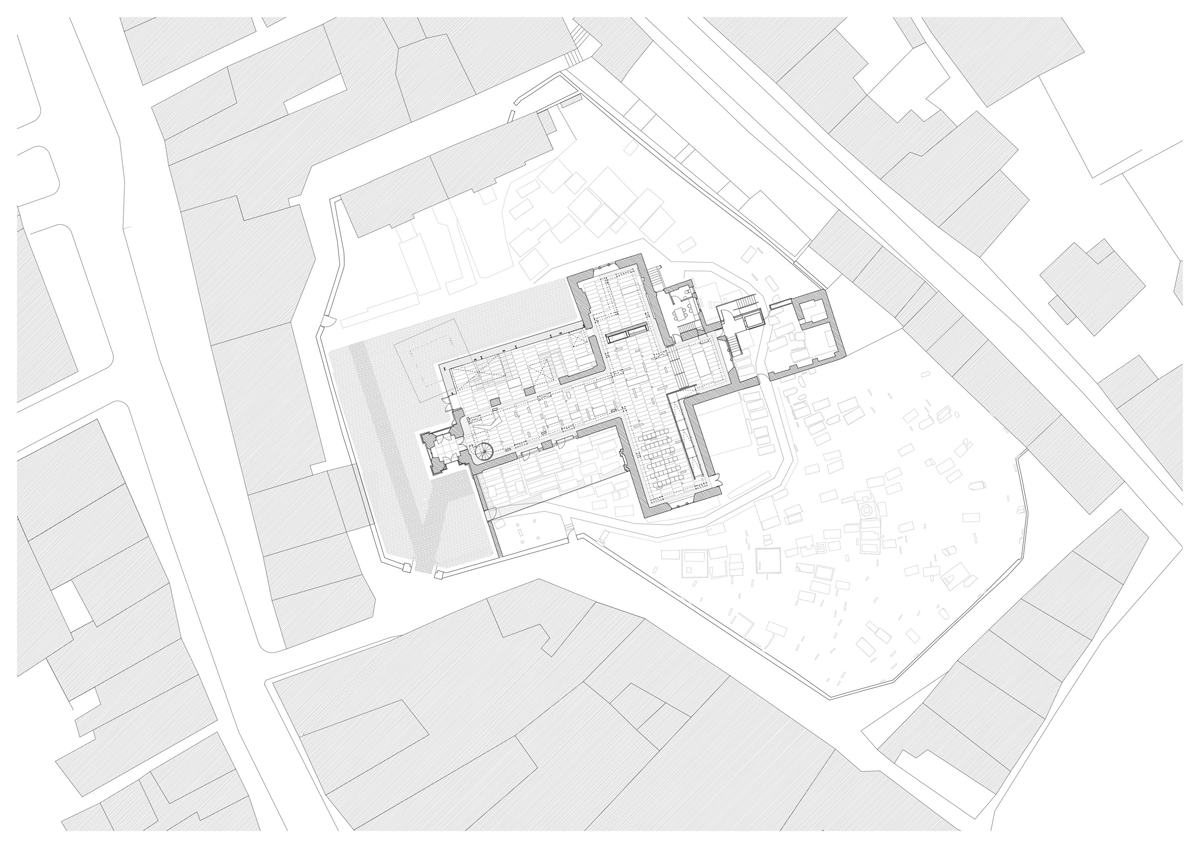 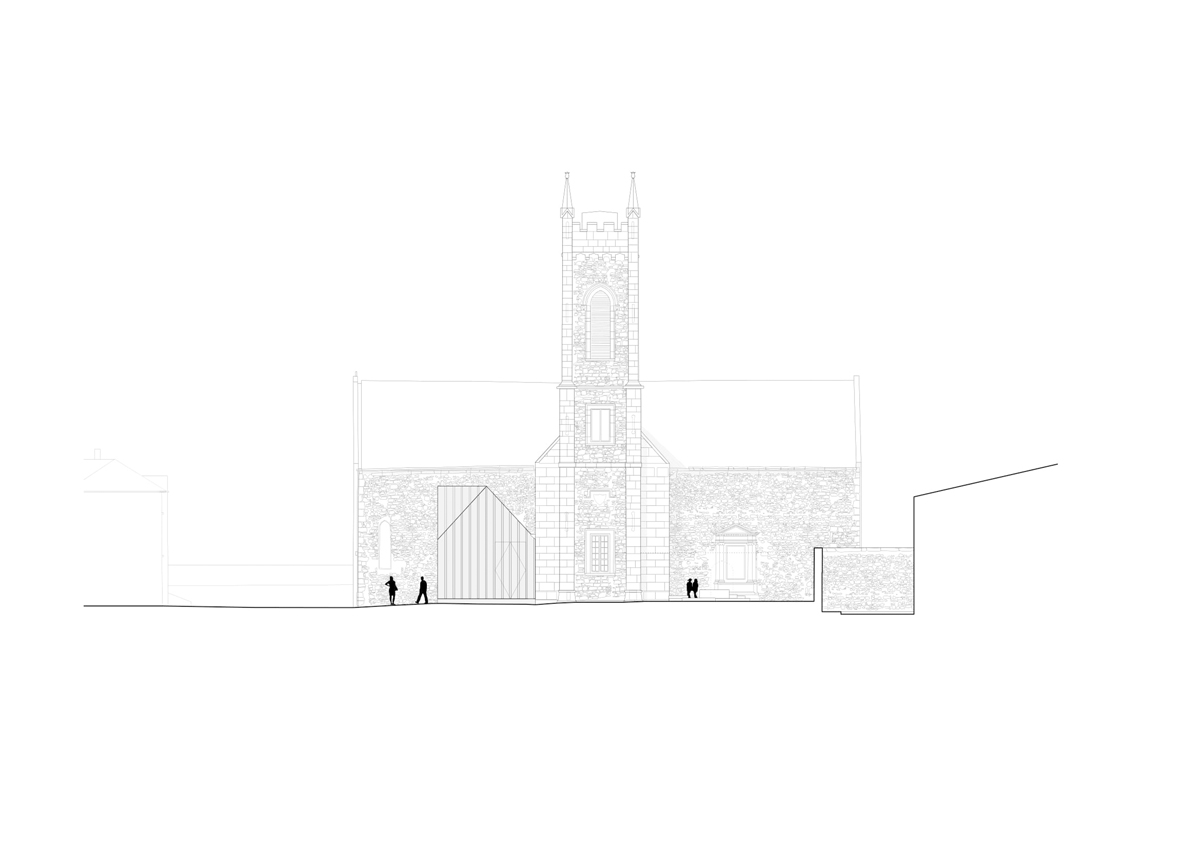 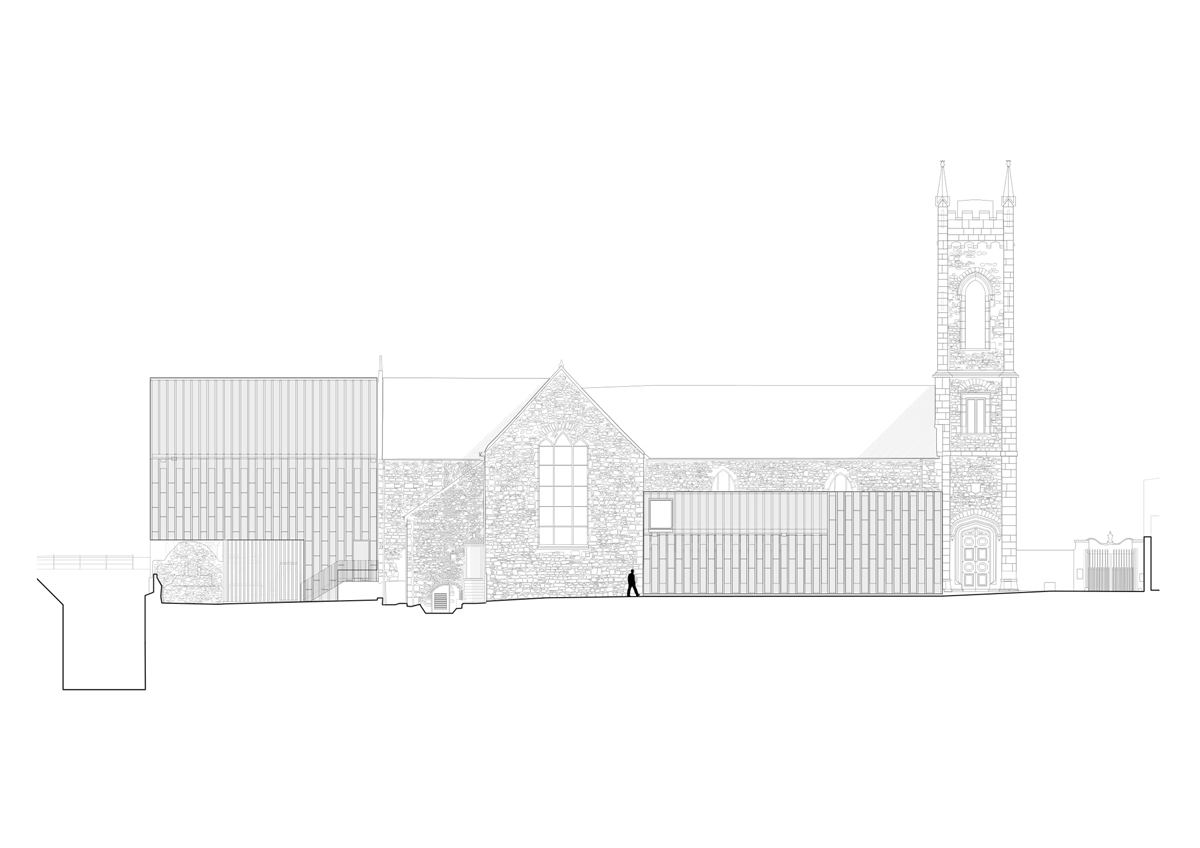 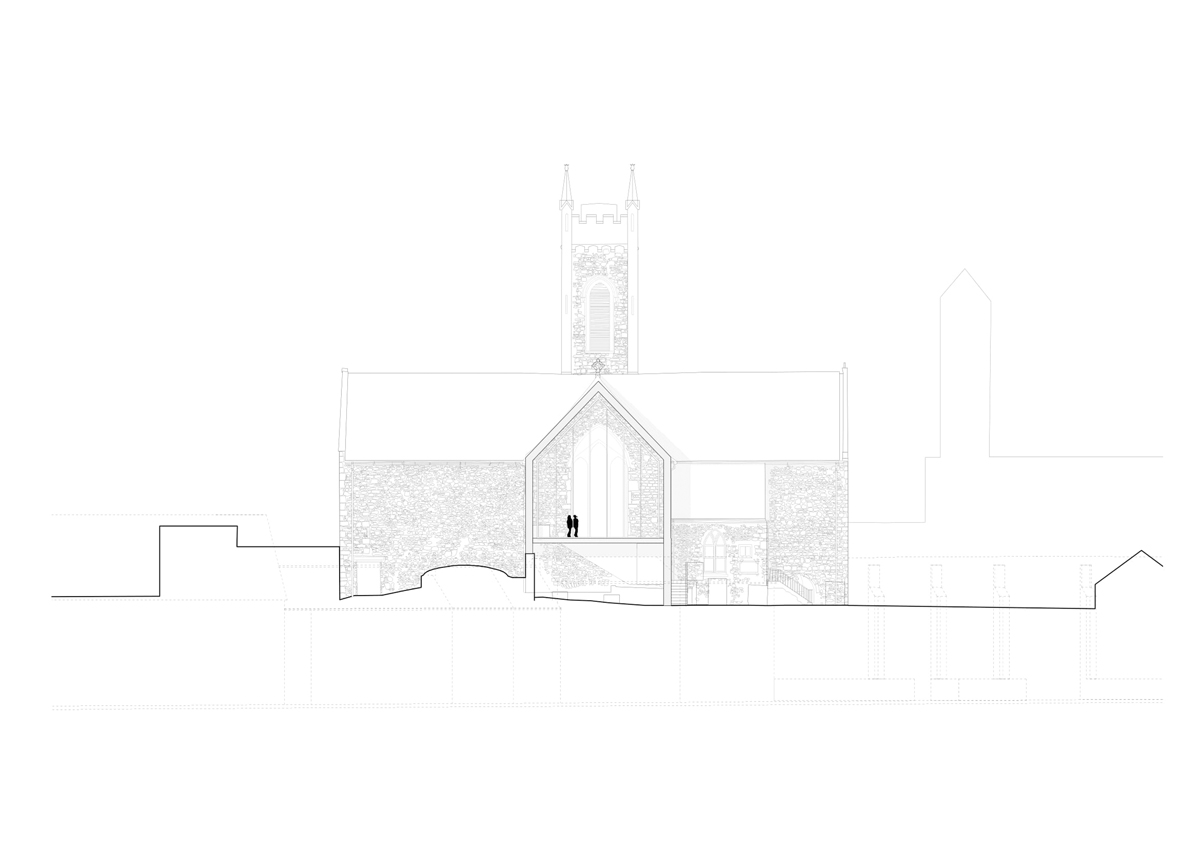 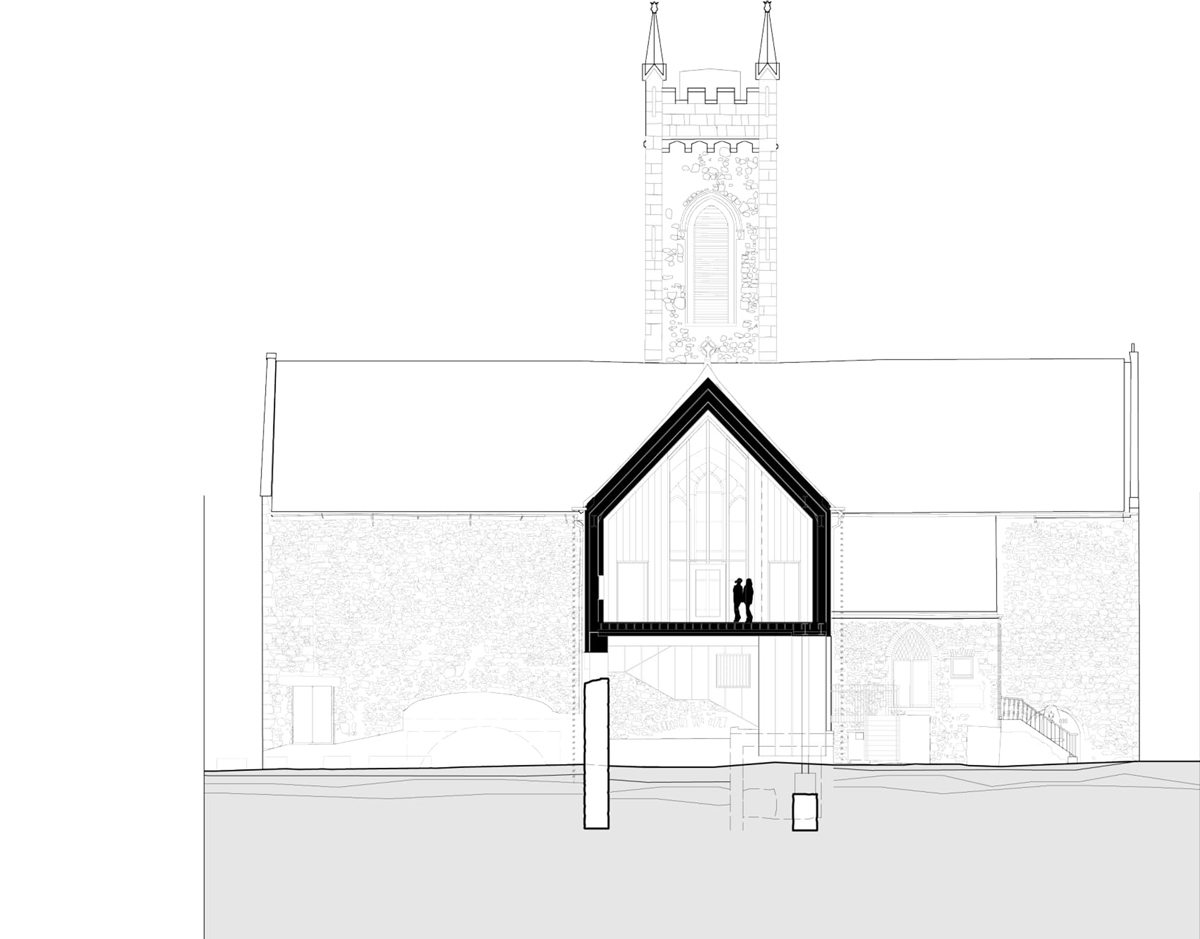 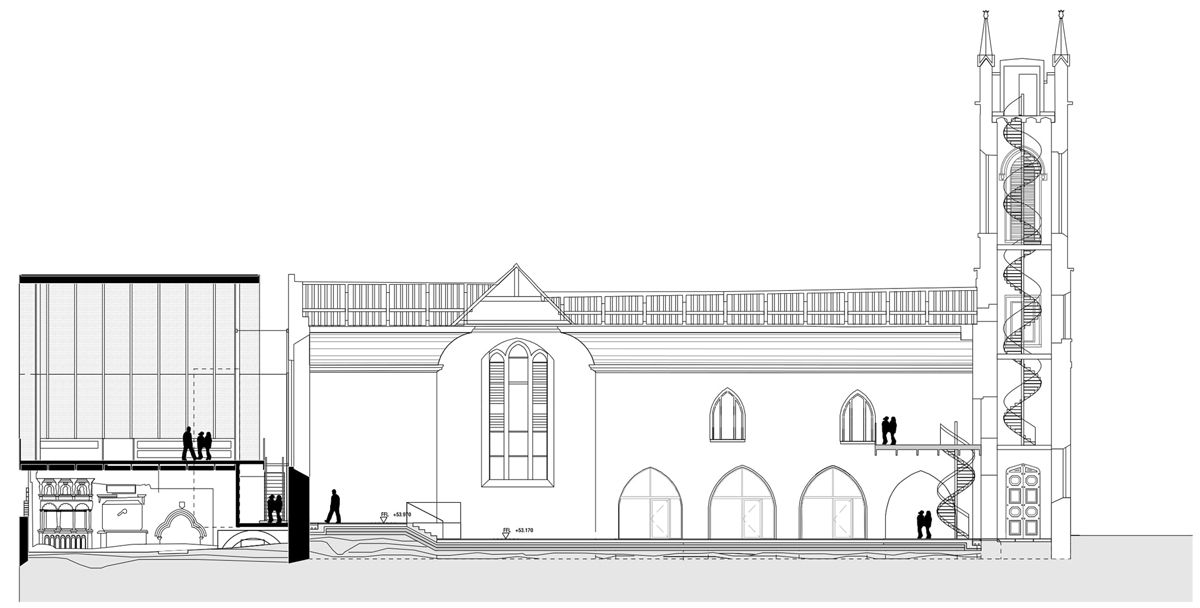 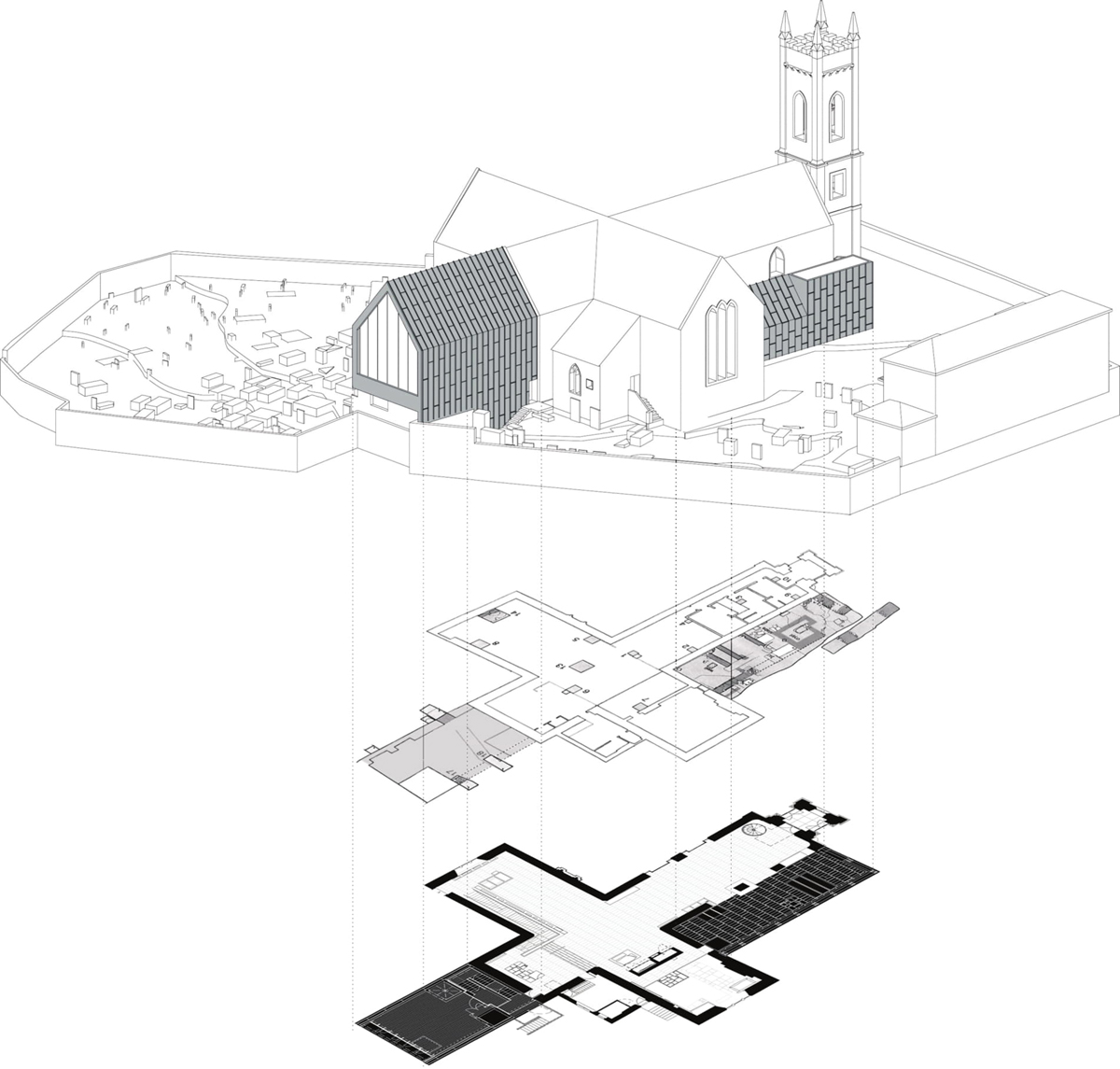