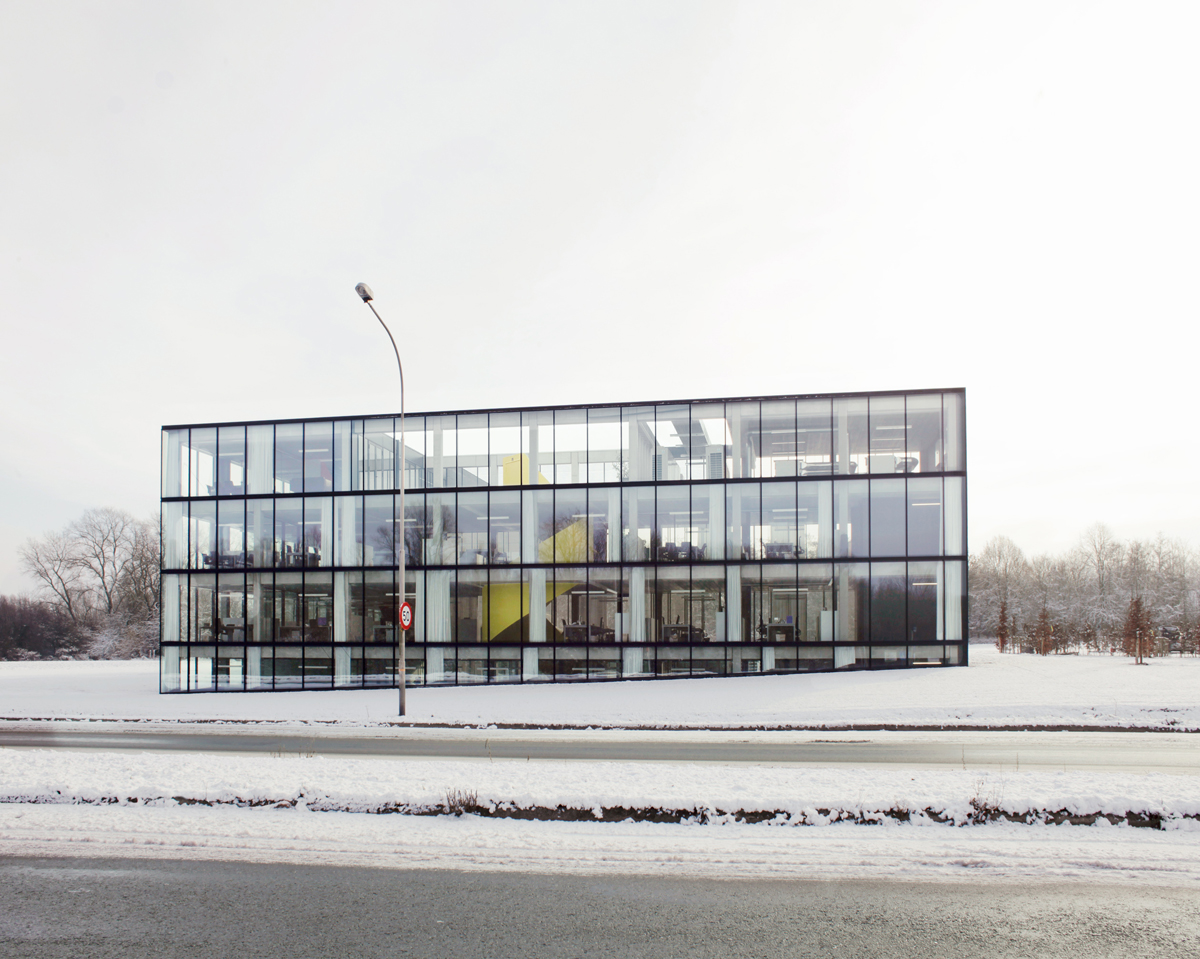 This ofἀce building, housing the West Flanders Chamber of Commerce, stands like a villa in the landscape of the urbanized edge of Kortrijk. The building is conceived as having two faces, like the Roman god Janus, showing distinctly different aspects to the street and the garden. The representative façade on the street side, completely of glass, displays the organization’s operations like a billboard in a giant concrete cabinet. The only architecture within the open plan are the two prominent staircases. The entrance is on the more intimate side of the building facing the garden. Its V-shape frames a part of the landscape and embraces the entrance plaza with a lower-lying patio, around which all the public parts of the building are accommodated. Here Villa Voka forms the edge of the “meadow”, an open place in the wooded landscape. Both the façade and the plaza are ἀnished with steel grid work that shields them from the sun out of the south, and also serves as a uniform and abstract material for the frame around several trees. 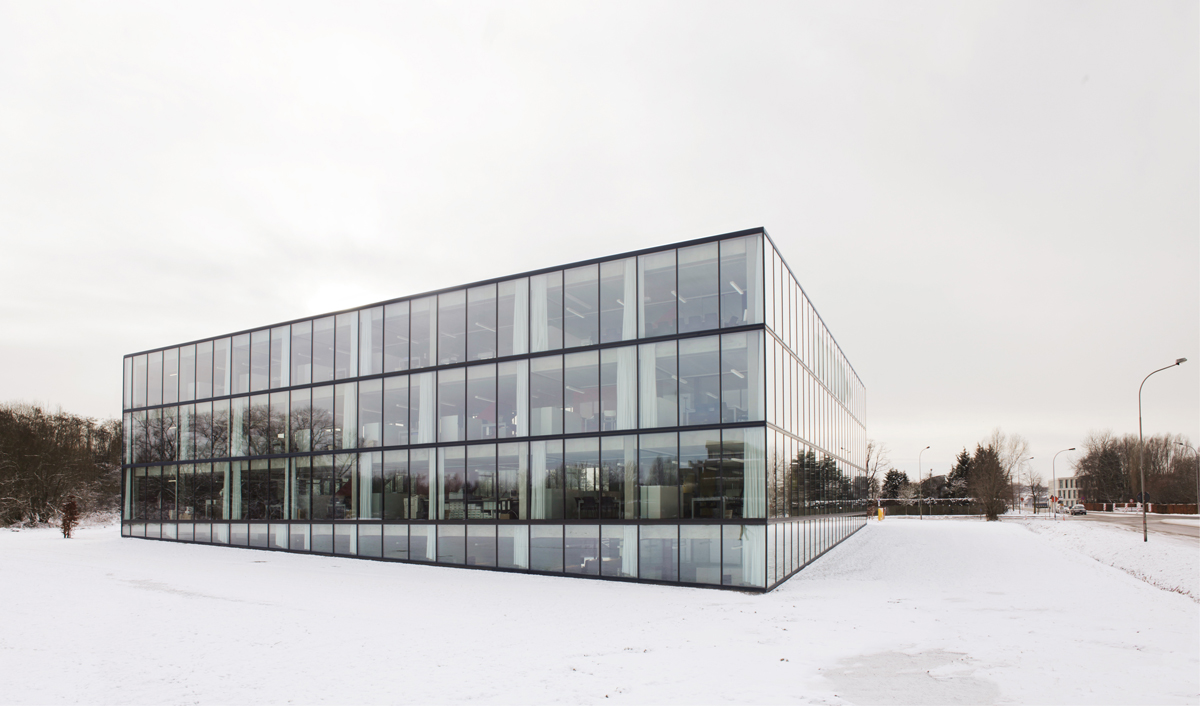 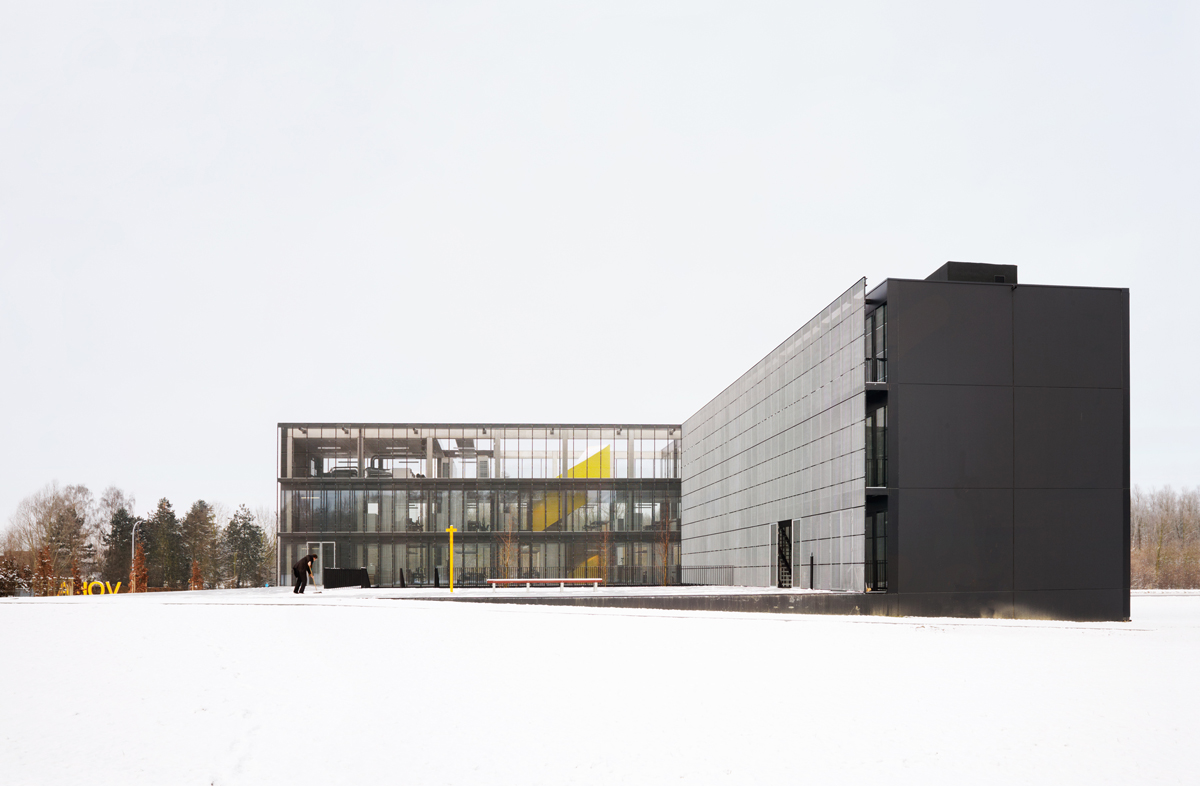 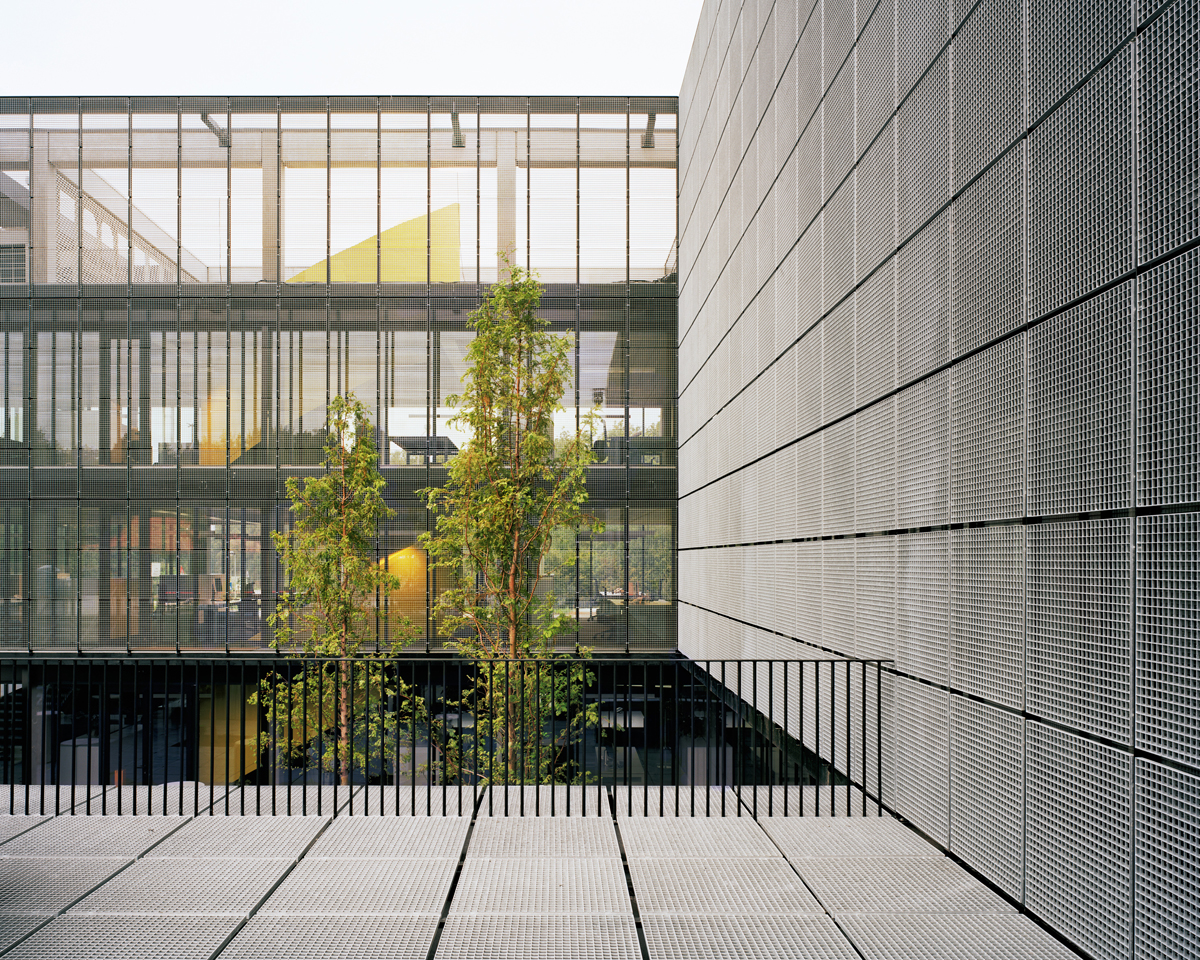 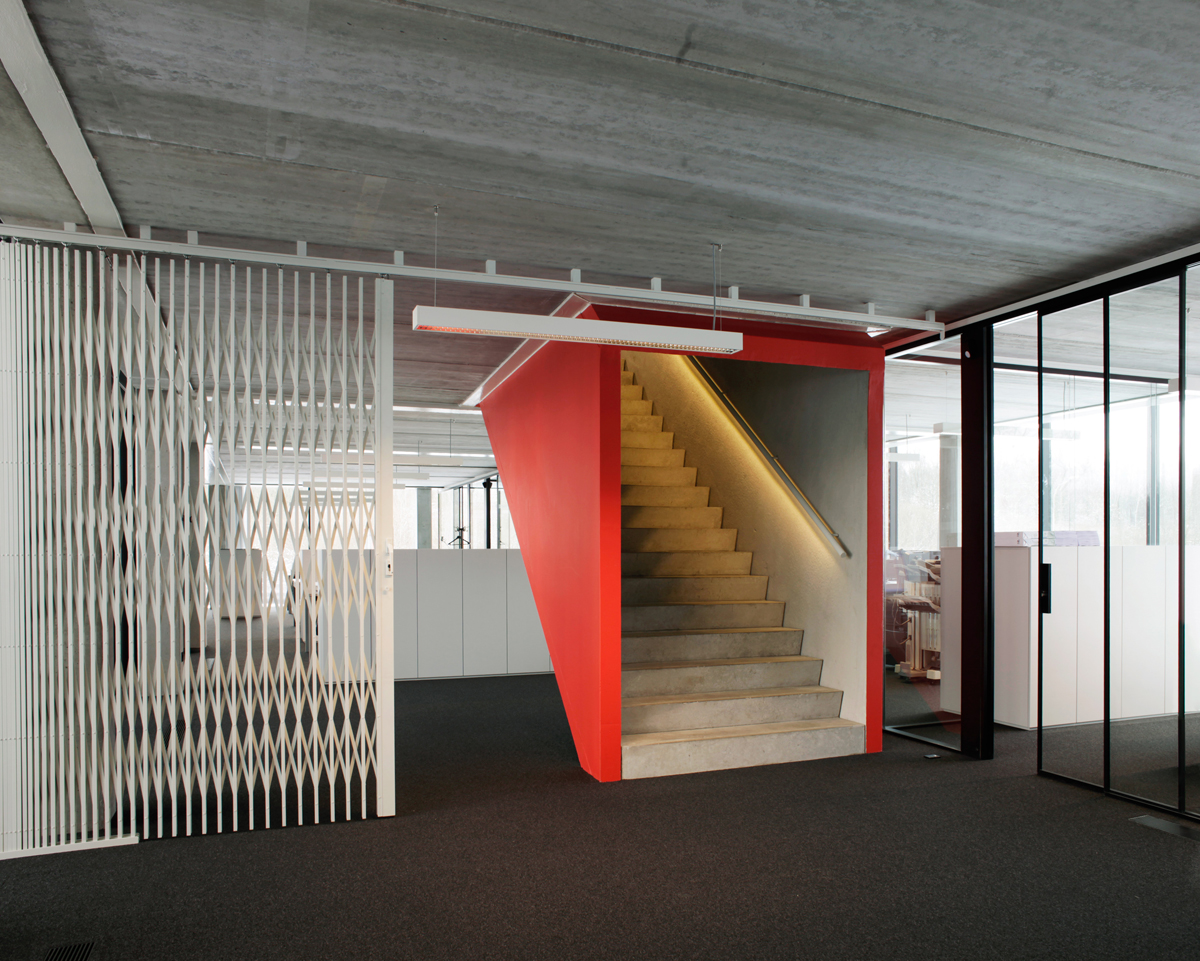 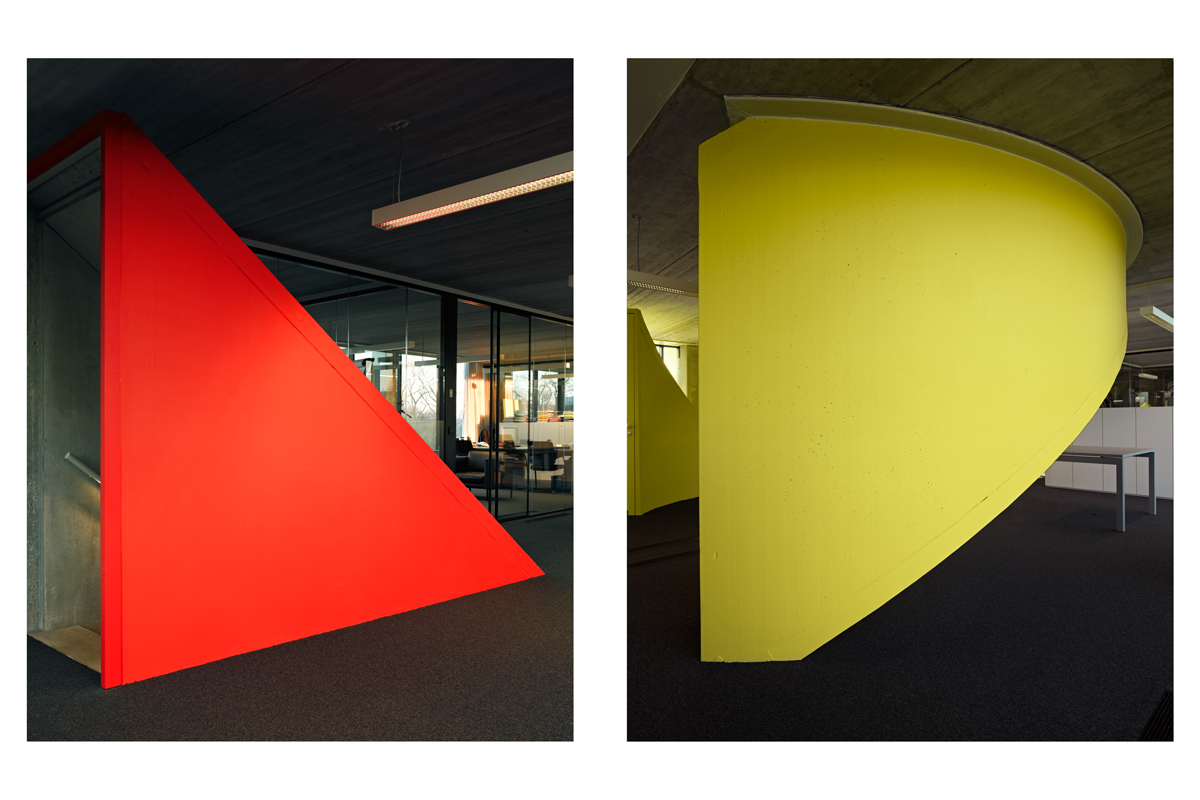 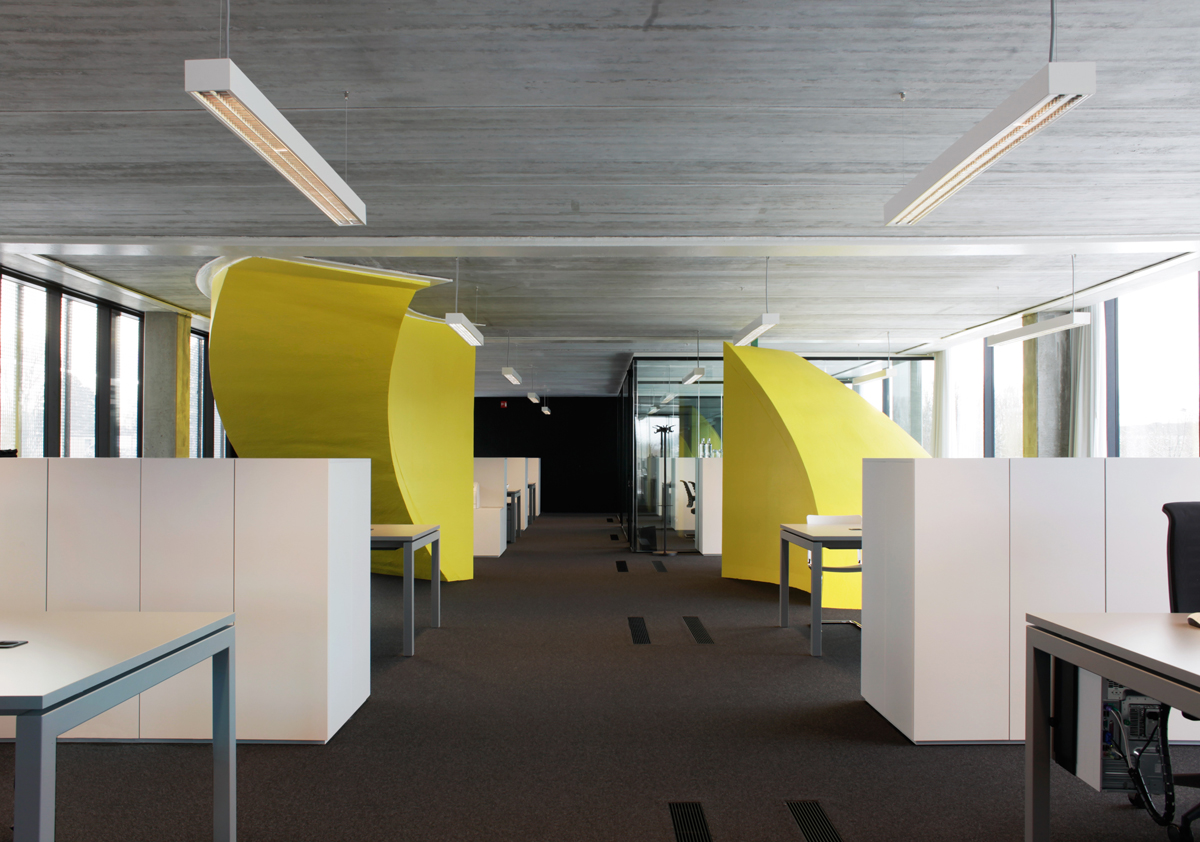 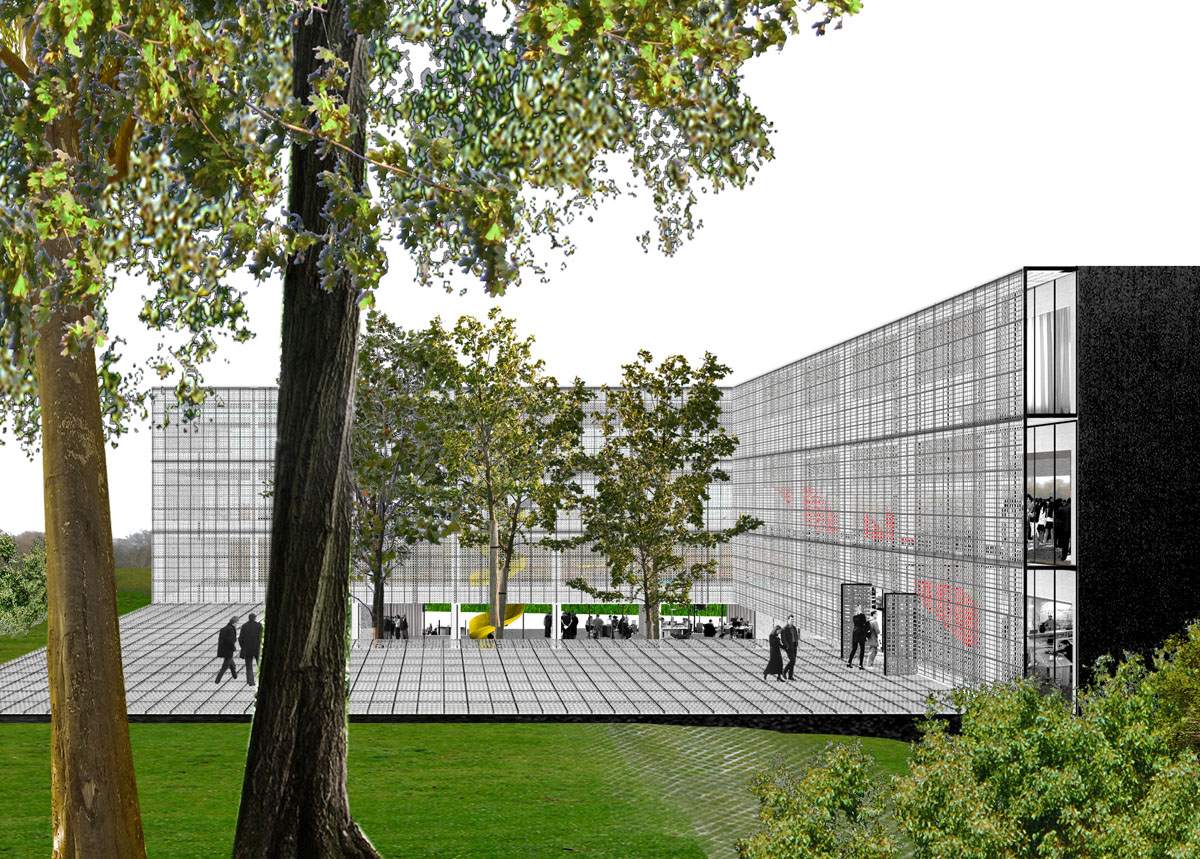 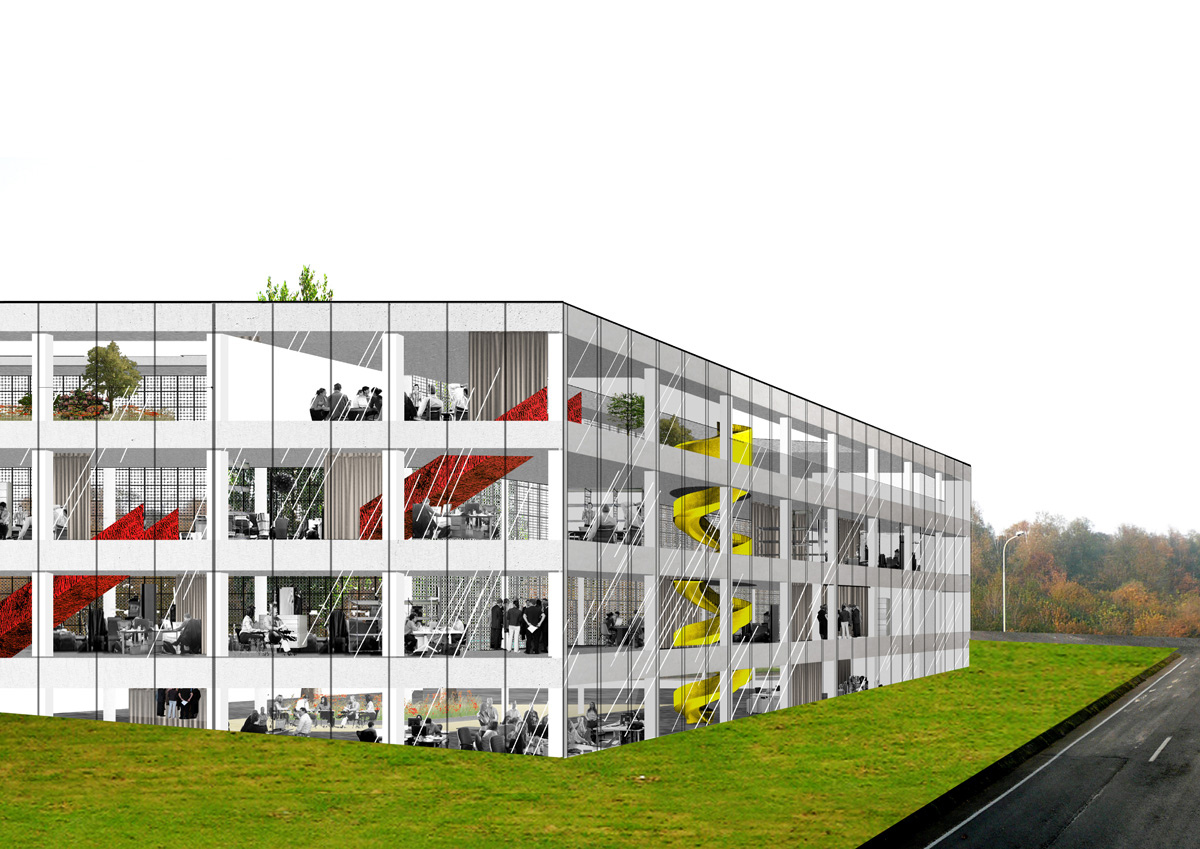 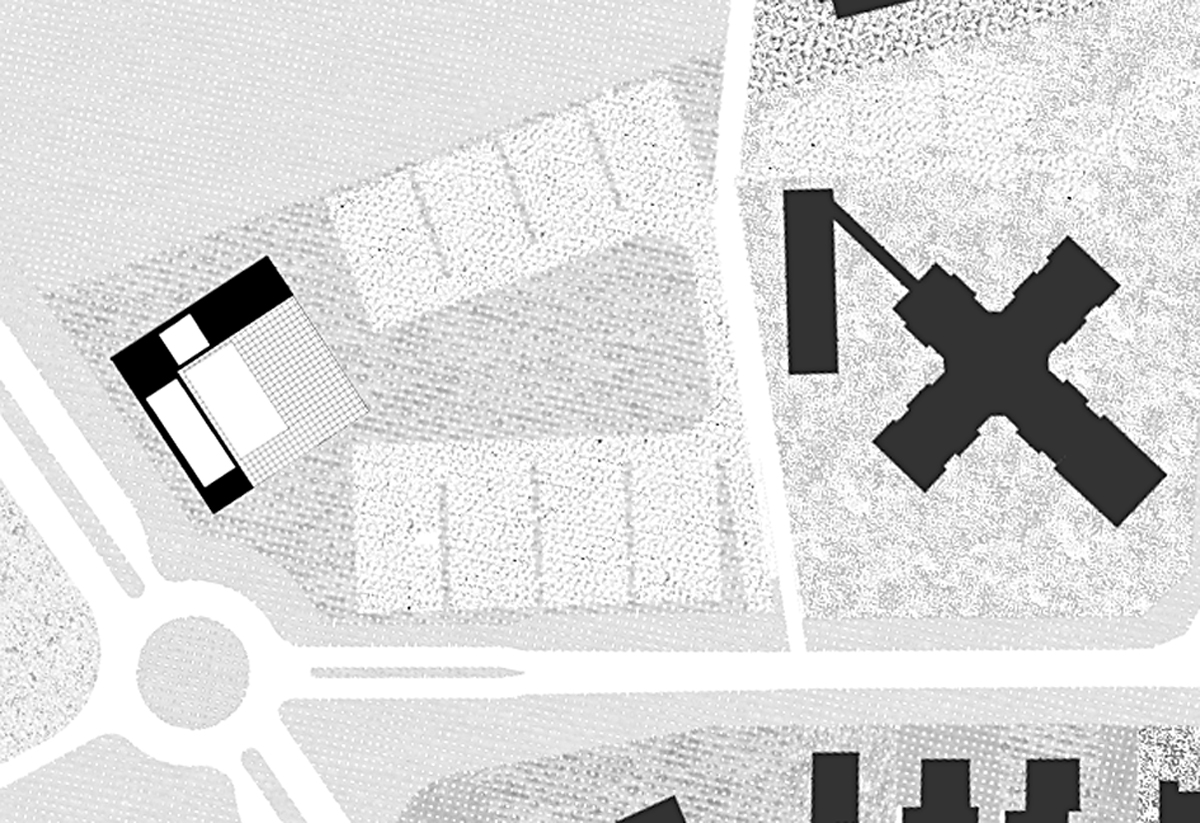 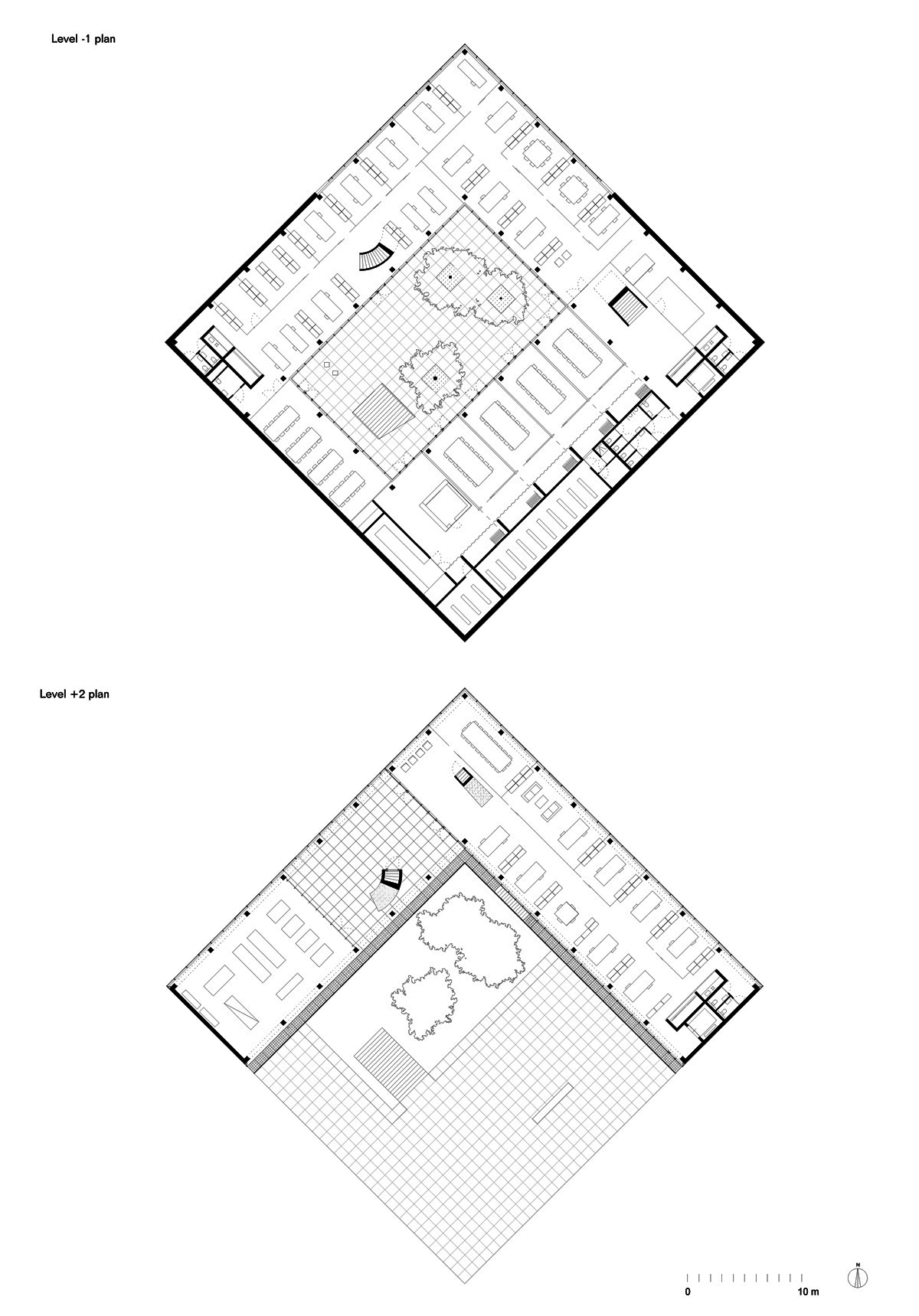 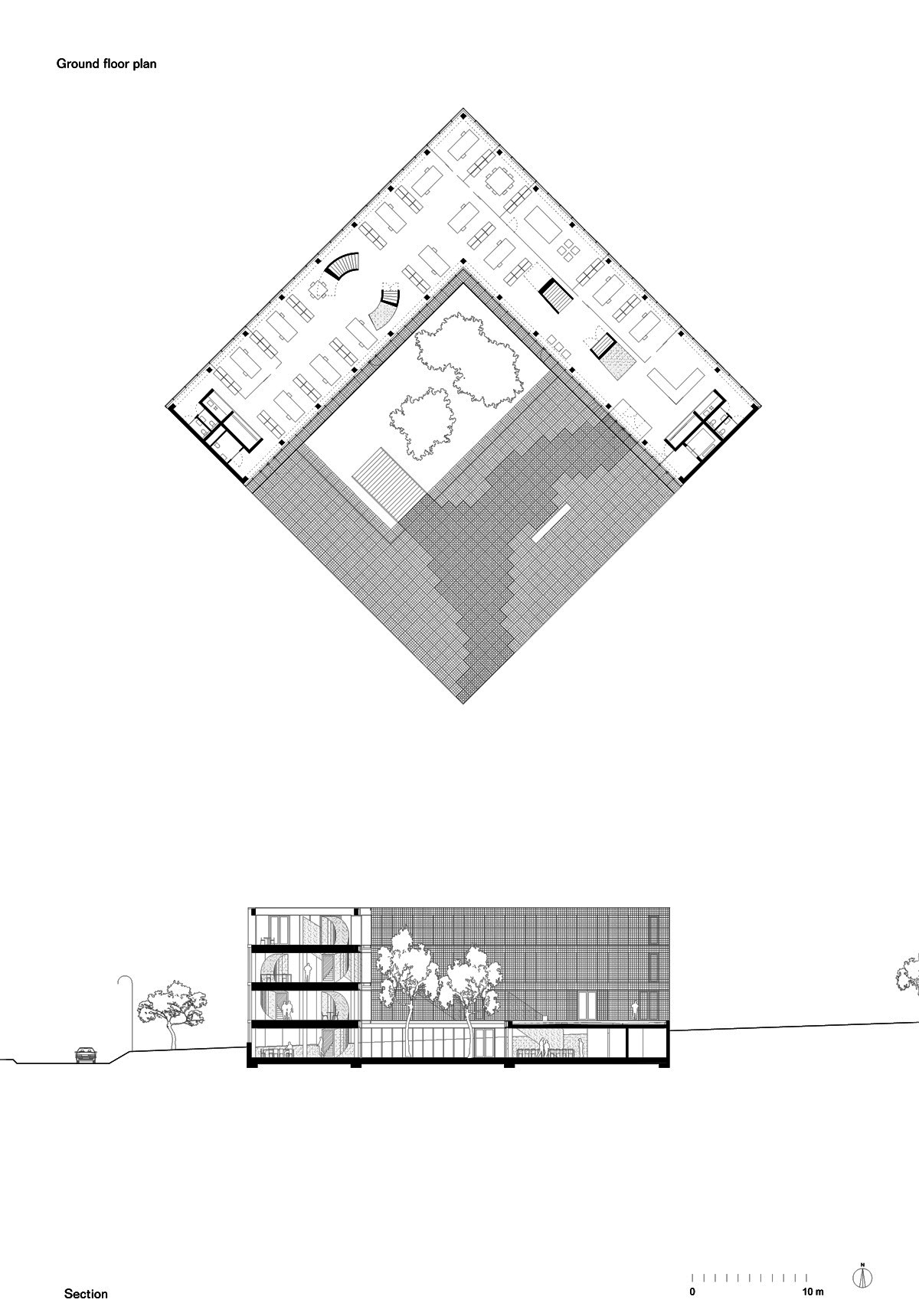 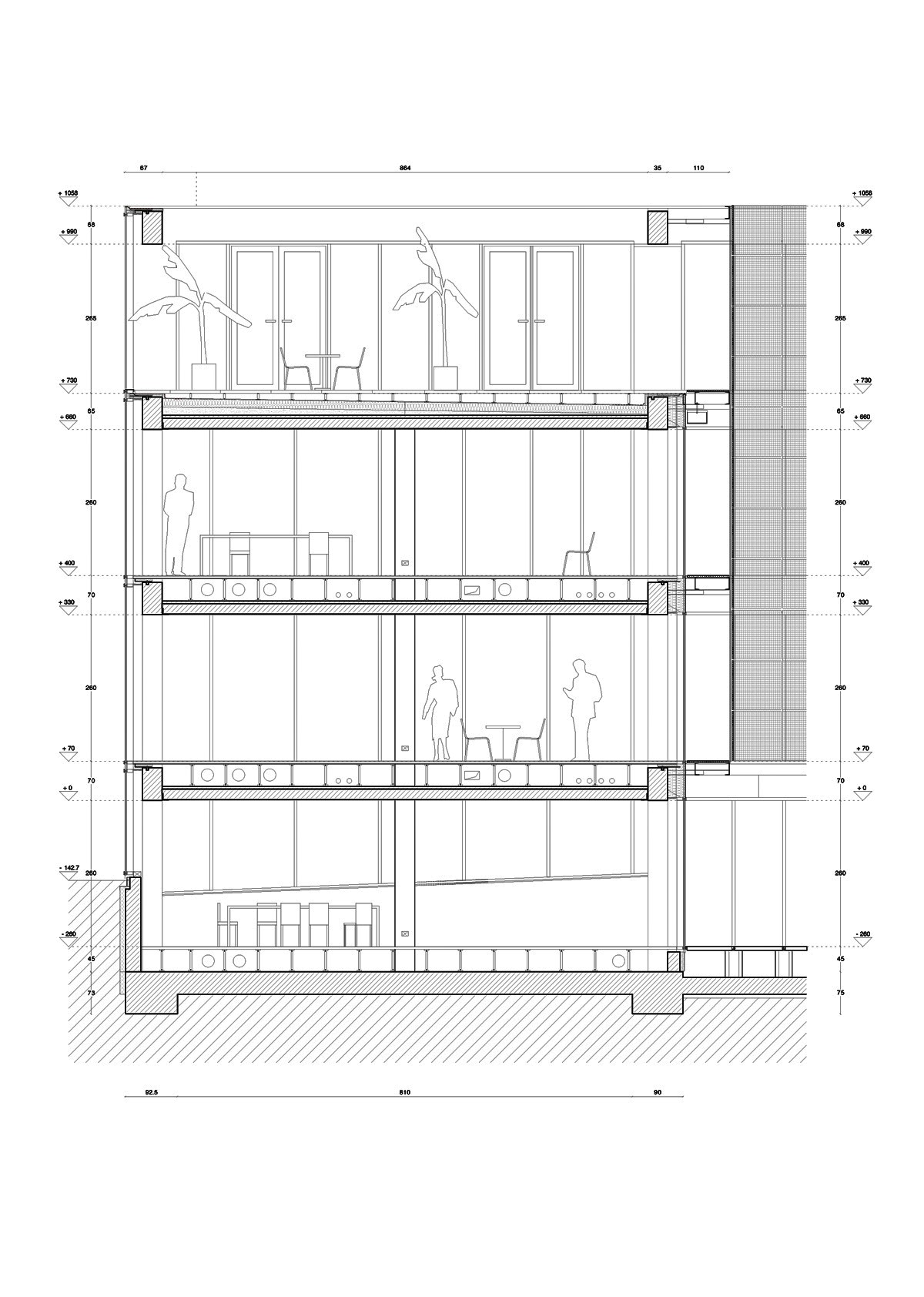 In collaboration with Bureau Goddeeris Architectenvennootschap and Bureau Bas Smets.