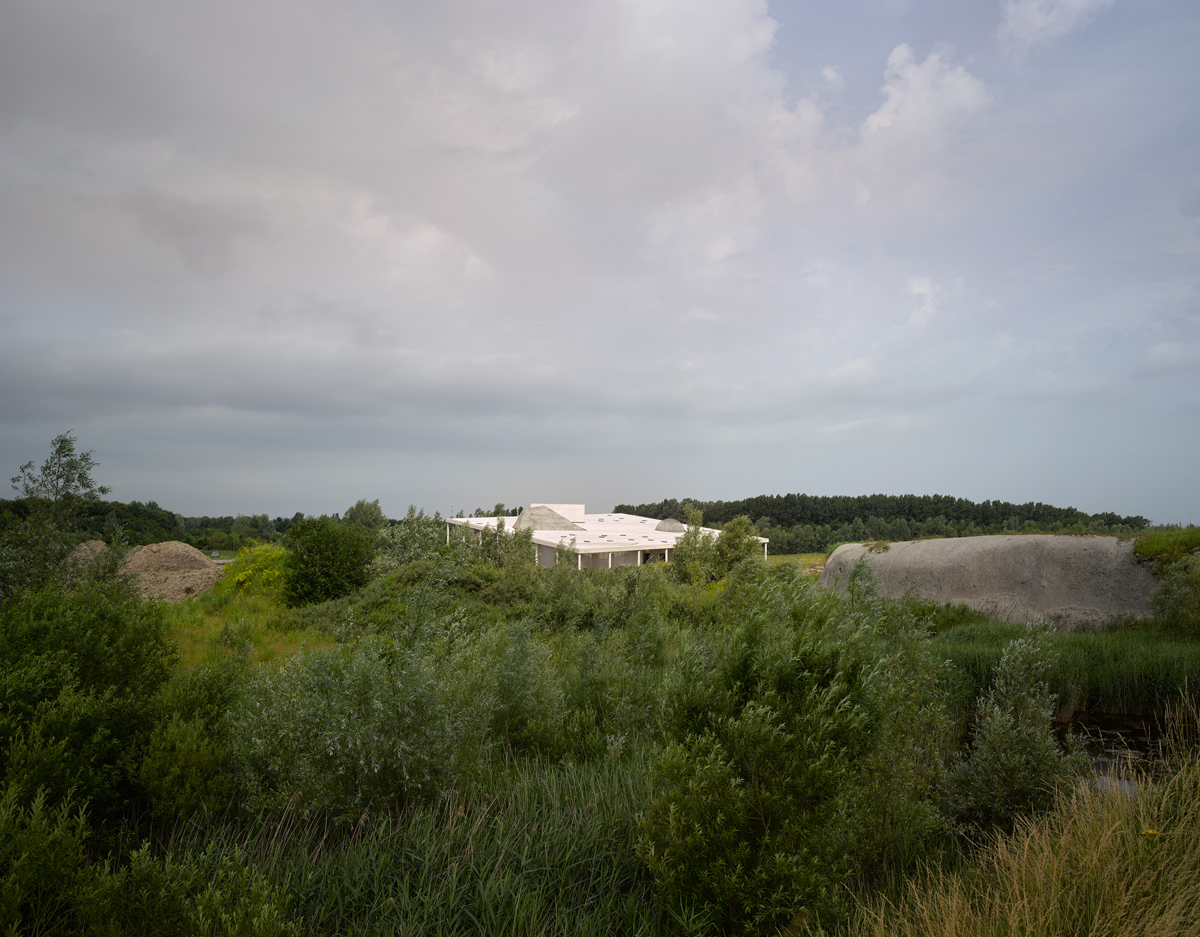 A crematorium is an important public building. It has, however, a conflicted attitude towards self-expression, torn between its technical content and its ceremonial character. To overcome this, we designed the building as a big inclined table, of which the roof – as a ‘nature morte’, developed together with the artist Richard Venlet – is the protagonist, communicating the building’s particular public content. Bureau Bas Smets designed the landscape in which the big roof is placed, a set of carefully orchestrated new landscape elements populating the polders around the coastal city of Ostend. The roof itself is dotted with rooflights and abstract shapes that fulfil both technical and symbolic requirements. Underneath it is a mix of public, administrative and technical functions in a single-storey building. The spaces are organised in lateral strips of various widths, containing reception areas, waiting rooms and the centrally located ceremonial halls, alternating with thin bands of auxiliary functions and passages. The cremators are located under the highest point of the building. The relation of the spaces to the surrounding landscape is indirect, and mediated through a double facade of glass and perforated metal panels, allowing for a discrete and serene atmosphere in the halls. The twist in direction between the programmatic strips and the roof surfaces creates a continuous set of triangular spaces of varying height, which function as a covered arcade around the building. 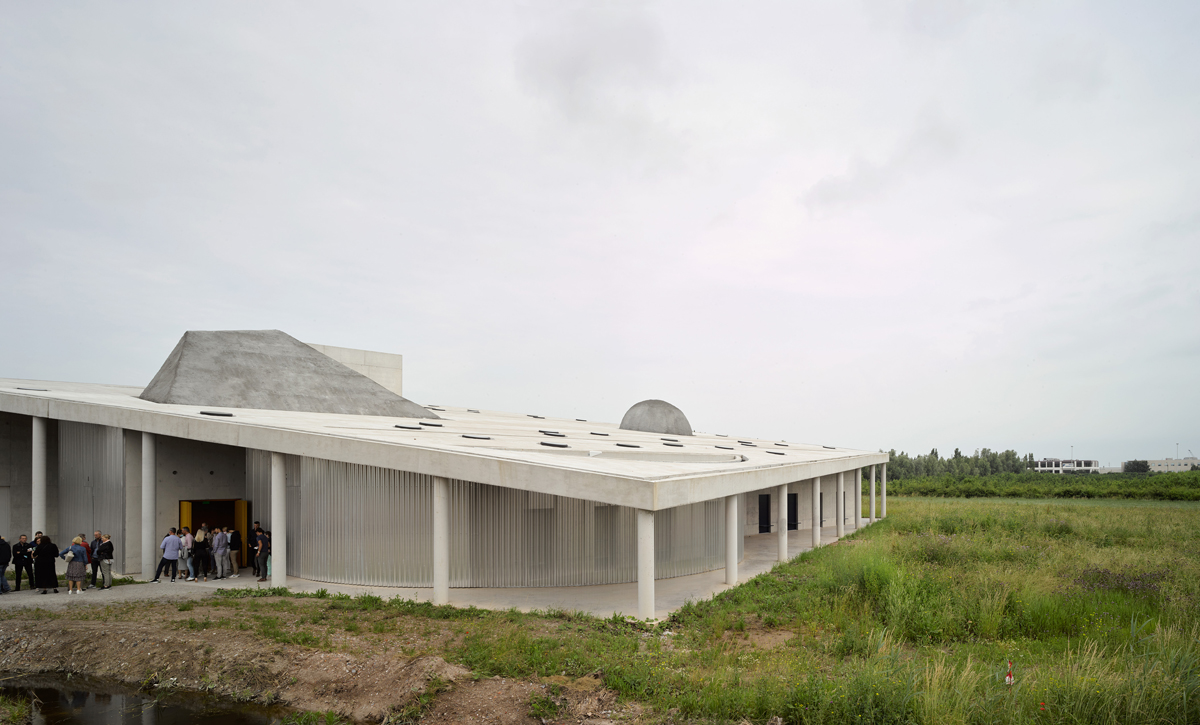 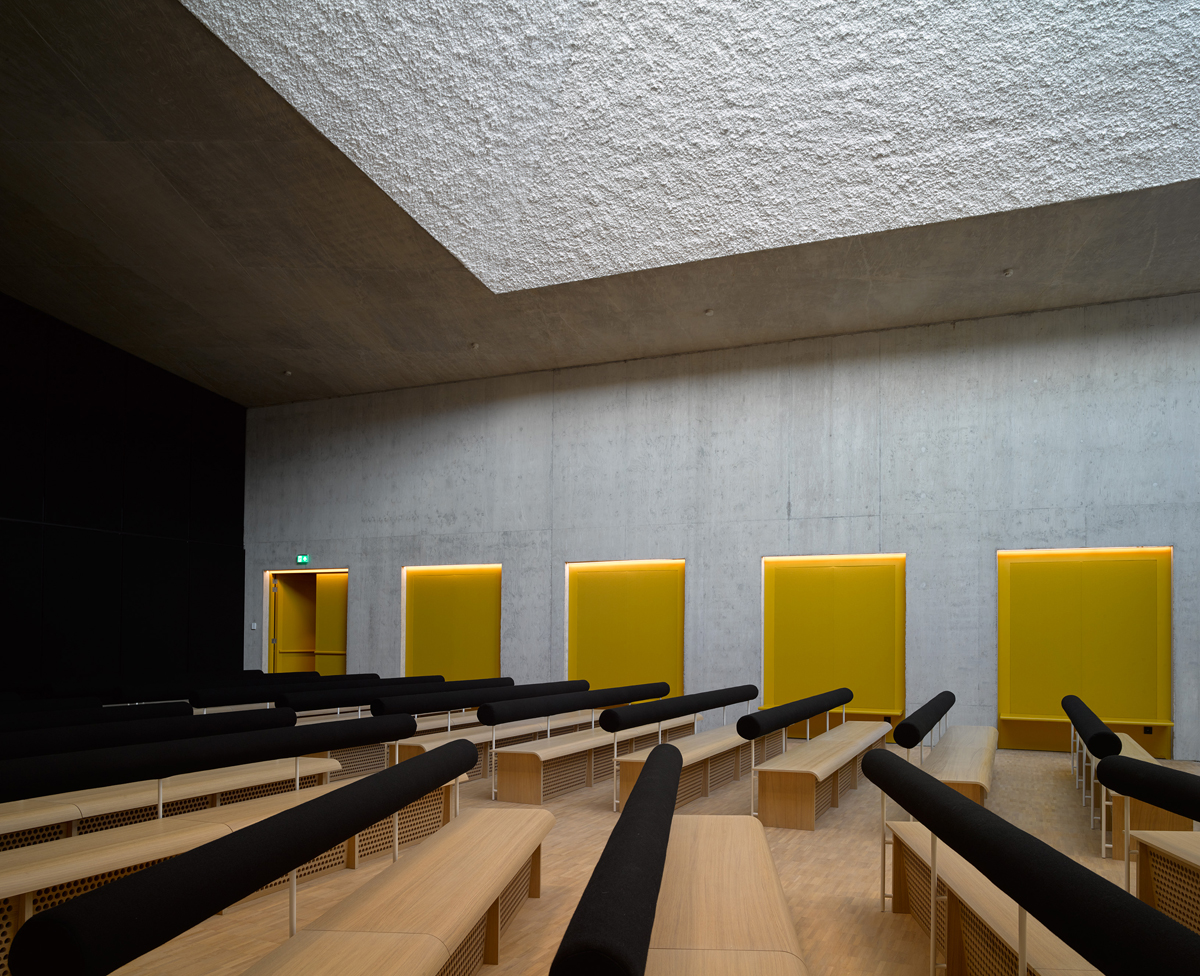 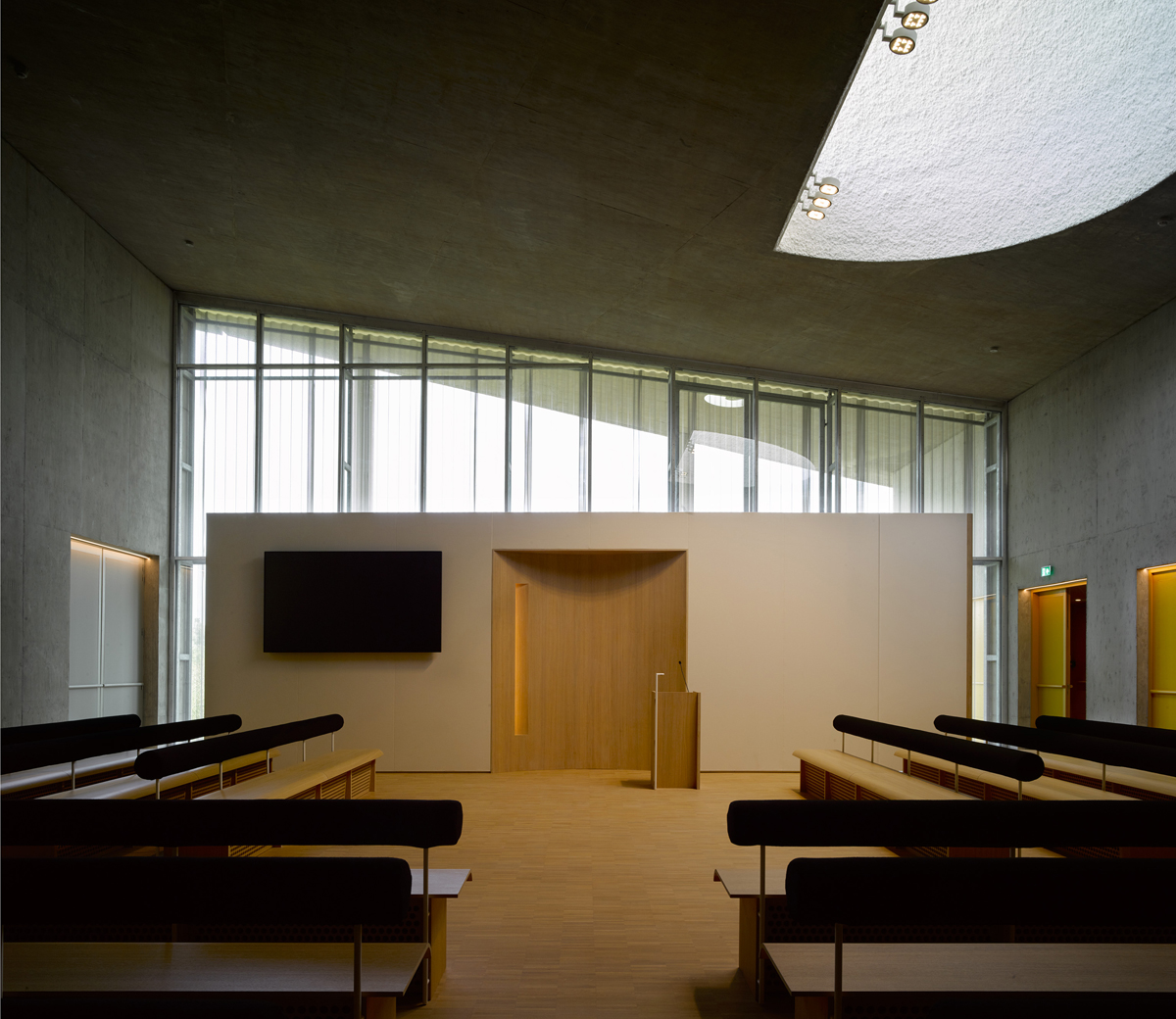 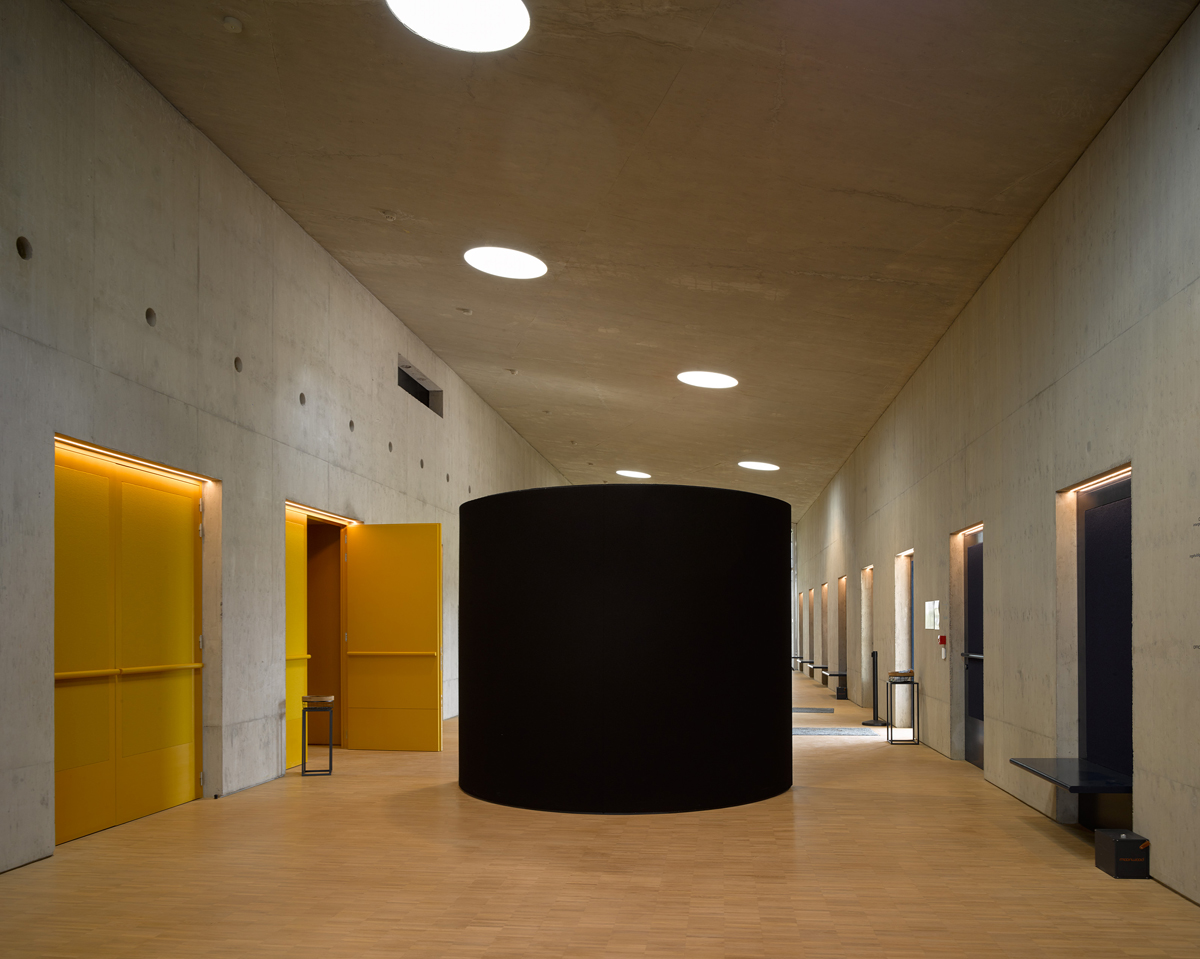 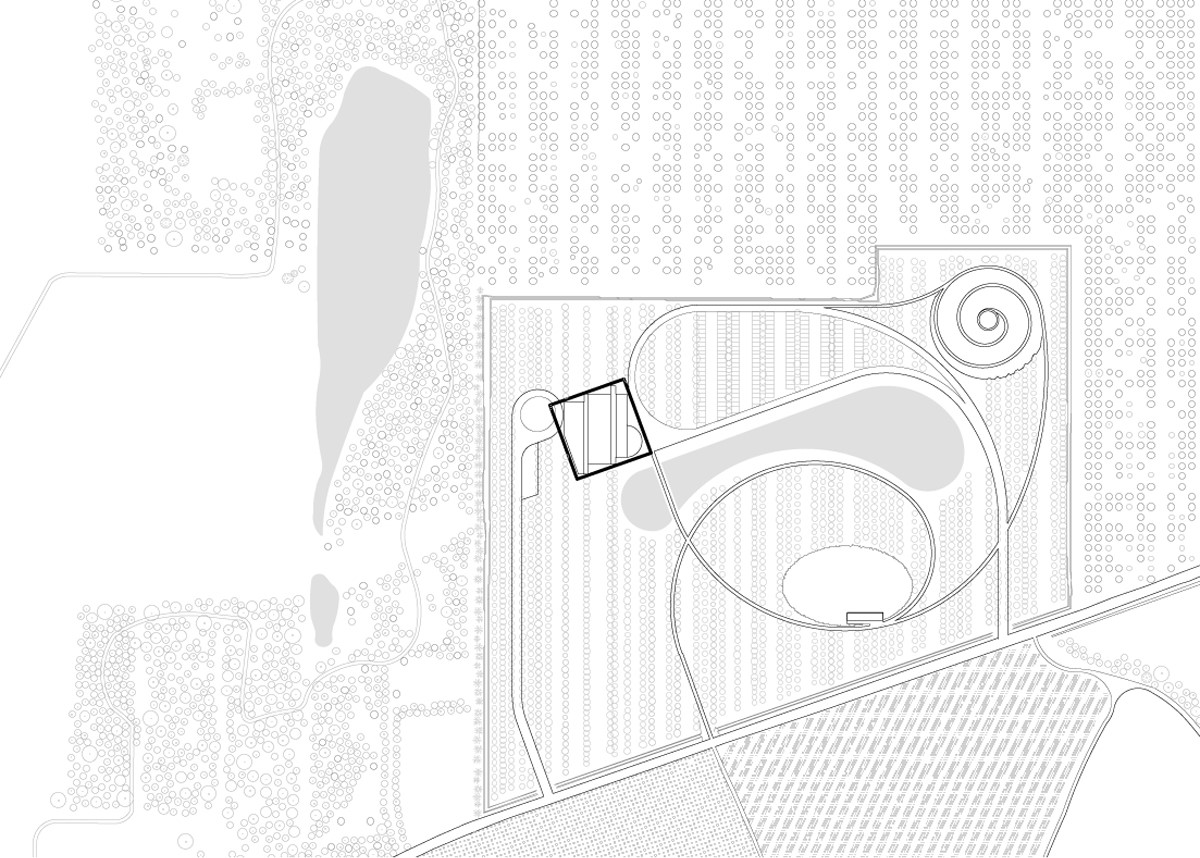 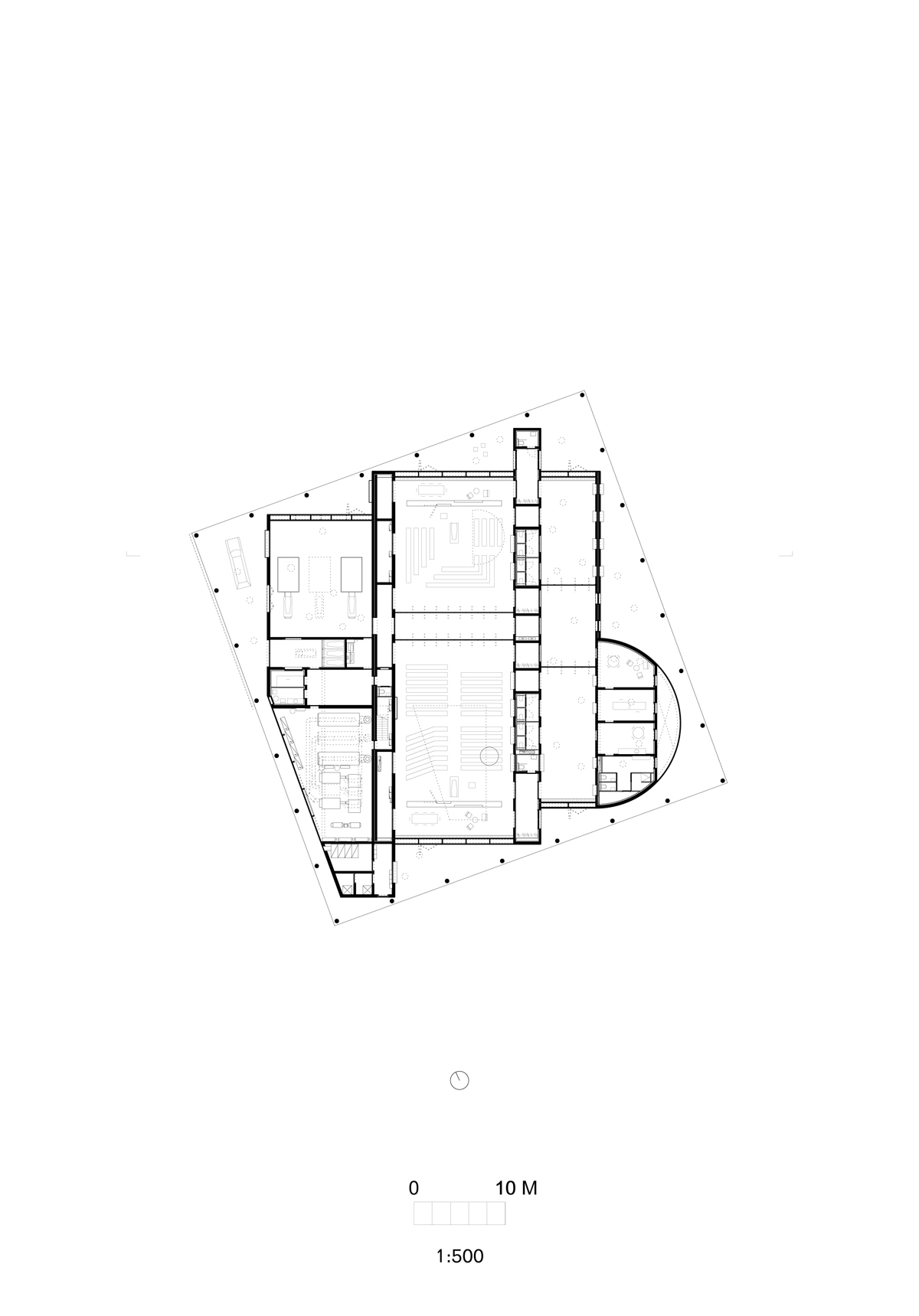 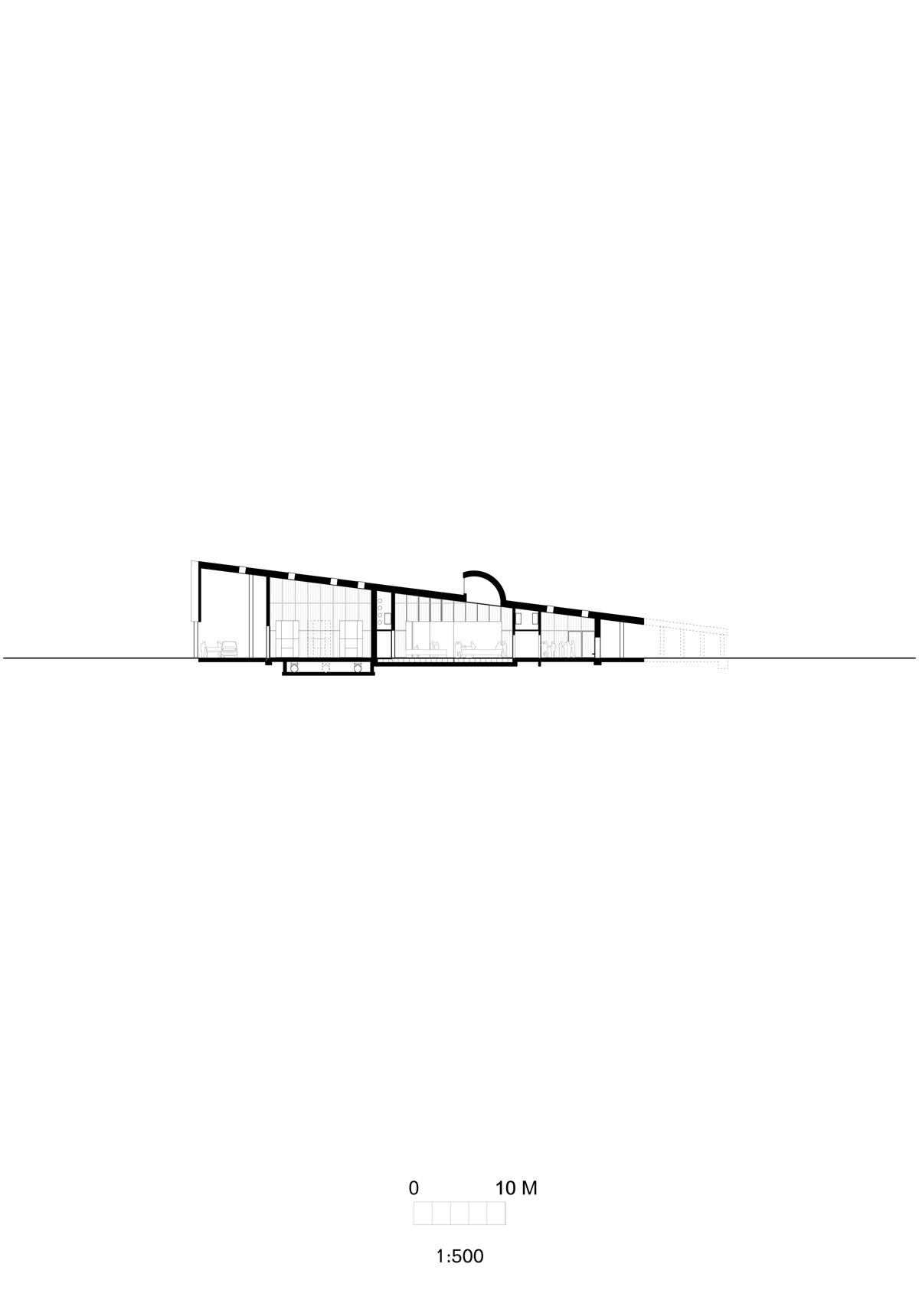 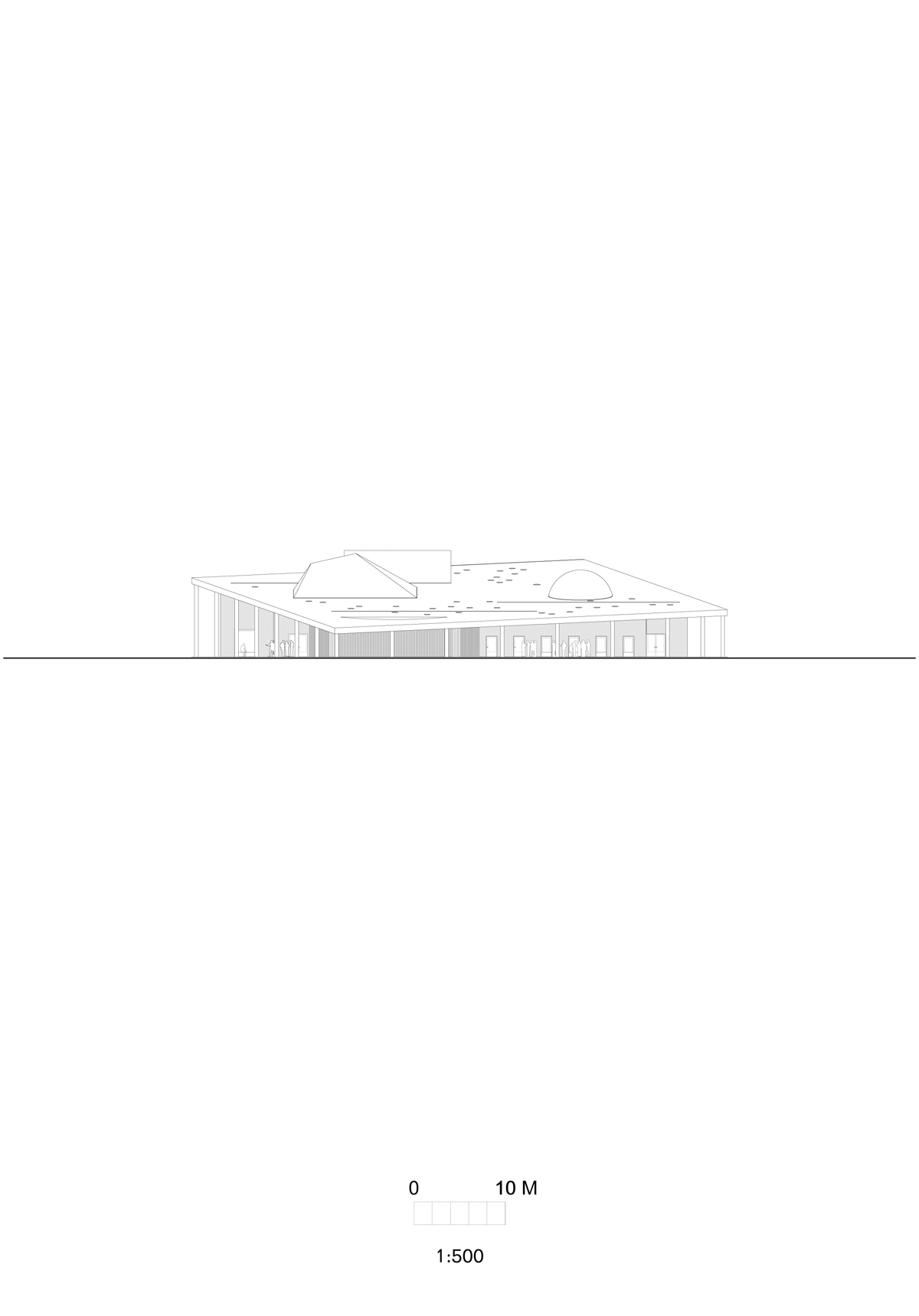