The existing school building, built in the 1960s in the Nizza Millefonti district between the former industrial area of the Lingotto and the Po river in the south-east area of Turin, has been extended and it is functionally rethought. The new educational needs – in which the school becomes an integral part of the community and merges with the urban fabric – represents the future of education and architecture for the Italian school. The Fermi School, a middle school, opens up to the urban sphere through the reorganization of its entrances and of its external spaces.
The back of the existing building becomes the large new main entrance, shaping a green space while unfolding to the neighborhood and emphasizing the concept of a community school . The ground floor is an extension of the public space: integrating a series of services open to everyone, such as the gym, the library, the auditorium and the cafeteria .
“We wanted a project able to dialogue with the existing building and revolutionize its function at the same time. New spatial elements, transparencies and additions reinterpret the original structure with the aim of opening the school to the city”. – affirm the architects Alberto Bottero and Simona Della Rocca.
BDR bureau mainly operates by addition: a new steel structure creates an inhabited envelope where the terraces are an integral part of the teaching program , embraces new connective spaces and works as a passive shield. The modularity of the new frame outlines a thread-like backbone, completed by a metal net that highlights the visual permeability and the relationship with the outside. The frame’s compositional scheme is also repeated in the old building, whose façades are treated with a multigrain plaster creating depth variations. The façades of the new front and those facing towards the courtyards maintain large windows that enhance the relation between the various different volumes and the outdoor spaces, bringing new meaning to the original layout.

The ground floor is designed as a civic center , where the different functions are gathered in the atrium, directly connected with the garden and the two entrances. The atrium stretches to the upper floors thanks to a vertical element, a stairwell that evokes the external architectural language. The flexible library and auditorium space, the cafeteria and the gym complete the public spaces on the ground floor. On the two upper floors, the atrium accommodates recreational and collective spaces, while the educational activities are organized in clusters – spatial units composed of classrooms, cloakrooms, services and informal learning spaces. The classrooms become the meeting point and the linkage between inside and outside, retaining a visual connection to the common space and giving access to the terraces. Just like in the experimental en plein air schools, the educational and recreational activities take place outdoors. In these open spaces, the green areas and the dialog with the surrounding landscape encourage students and professors to meet and exchange ideas in their daily activities, thus adding great value. The planning project shared with the community carries an explicit and higher ambition as well: “to set the standard by building a school in both the pedagogical and educational sense”. At the same time, the innovation of the school structure and the inclusion of new architectural and spatial elements make the Fermi School by BDR bureau a case study, a replicable model for the requalification of the school building heritage. 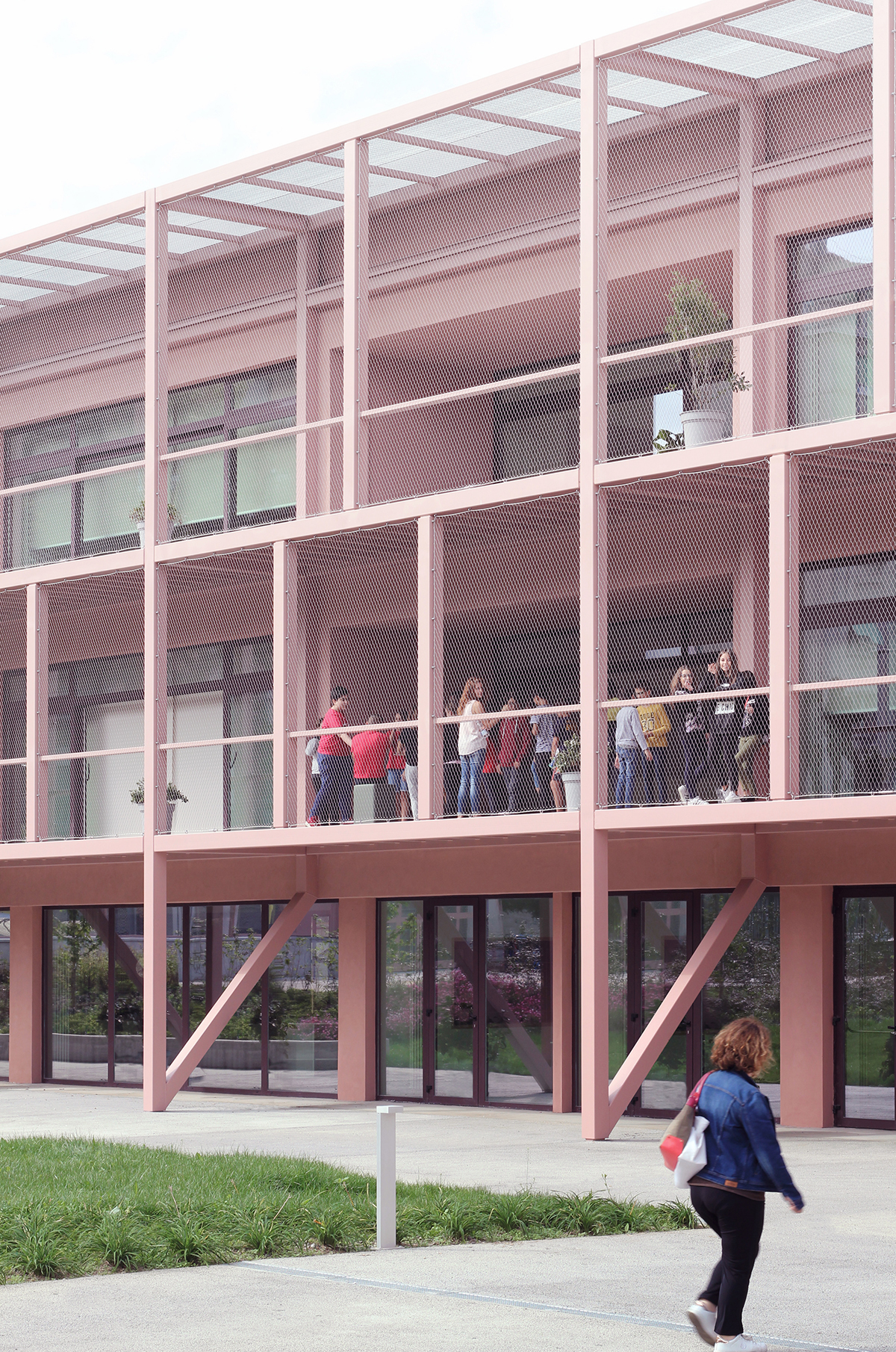 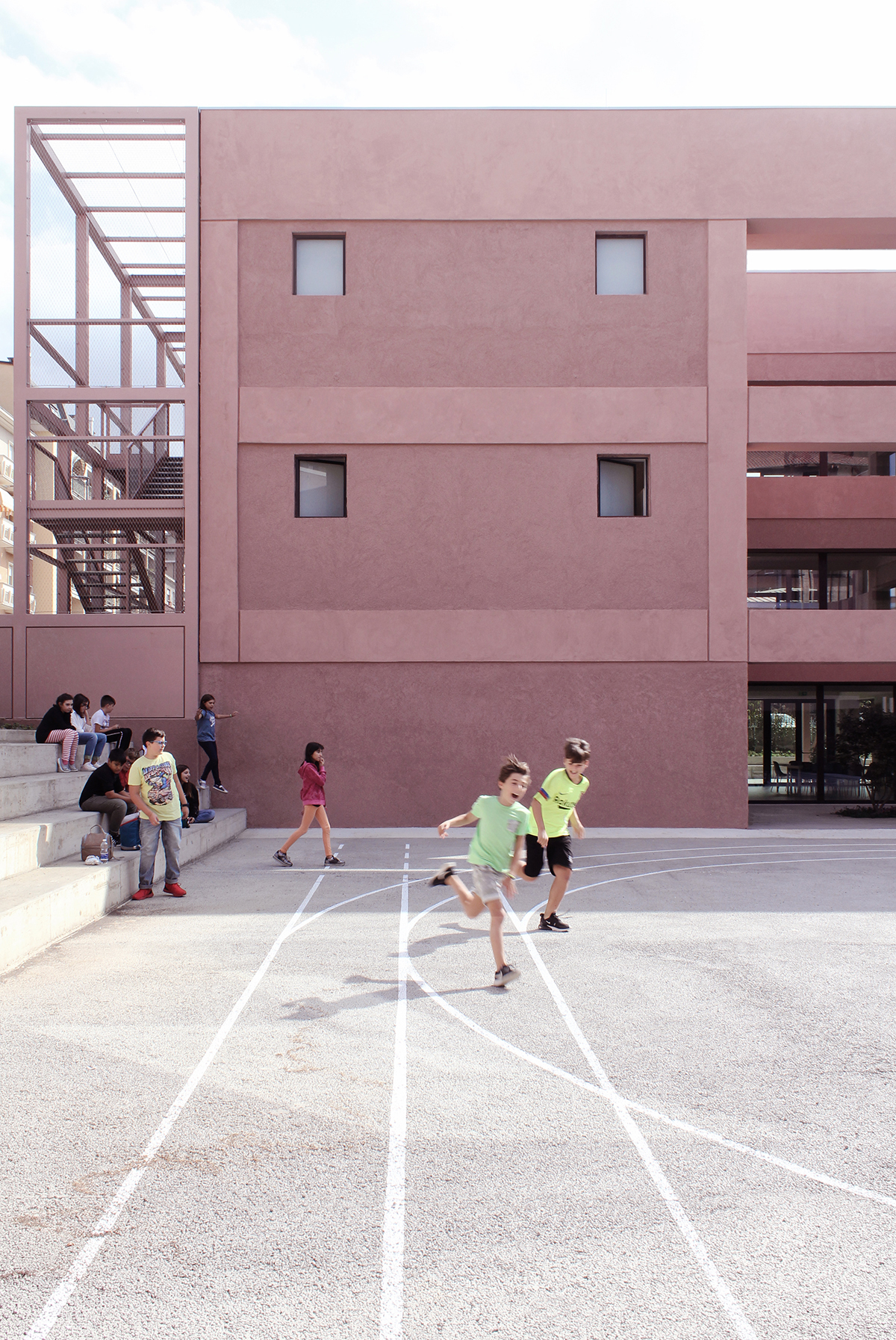 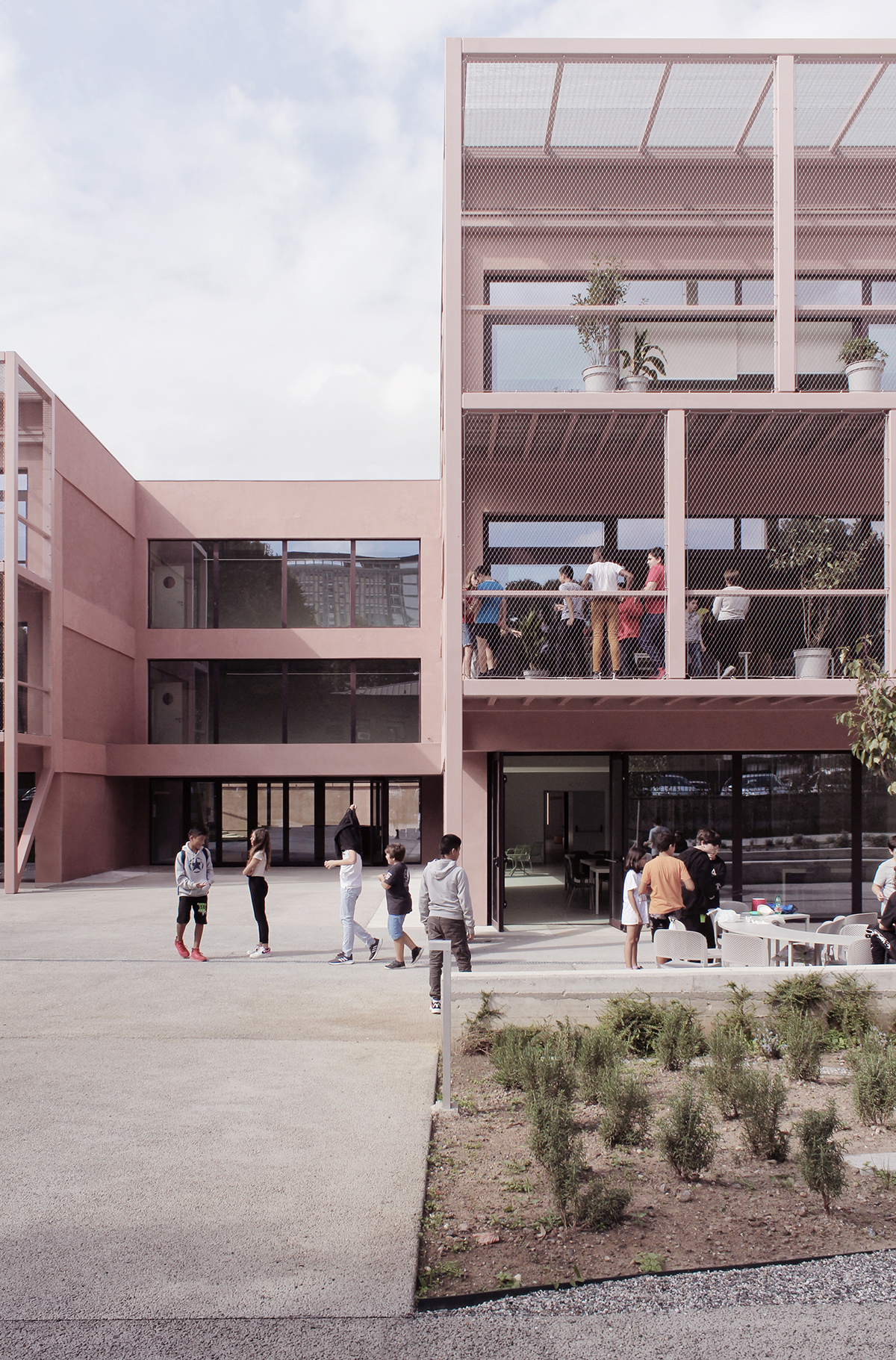 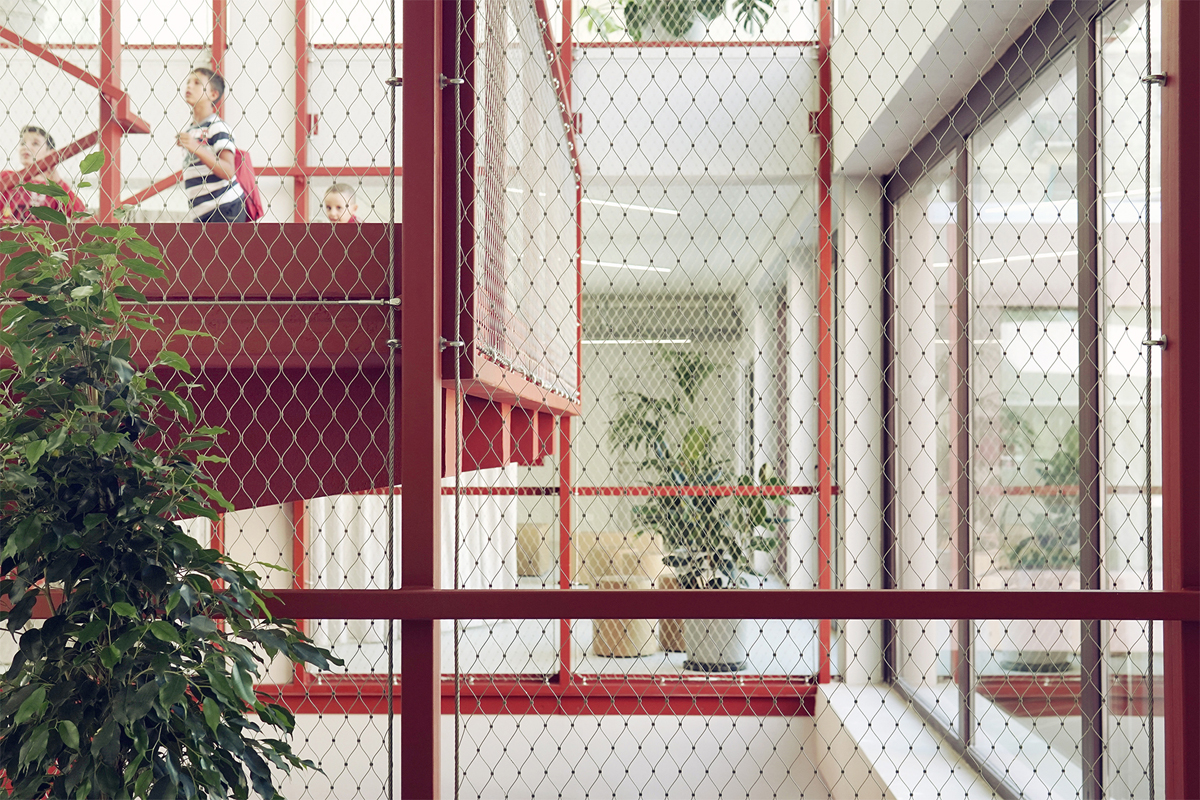 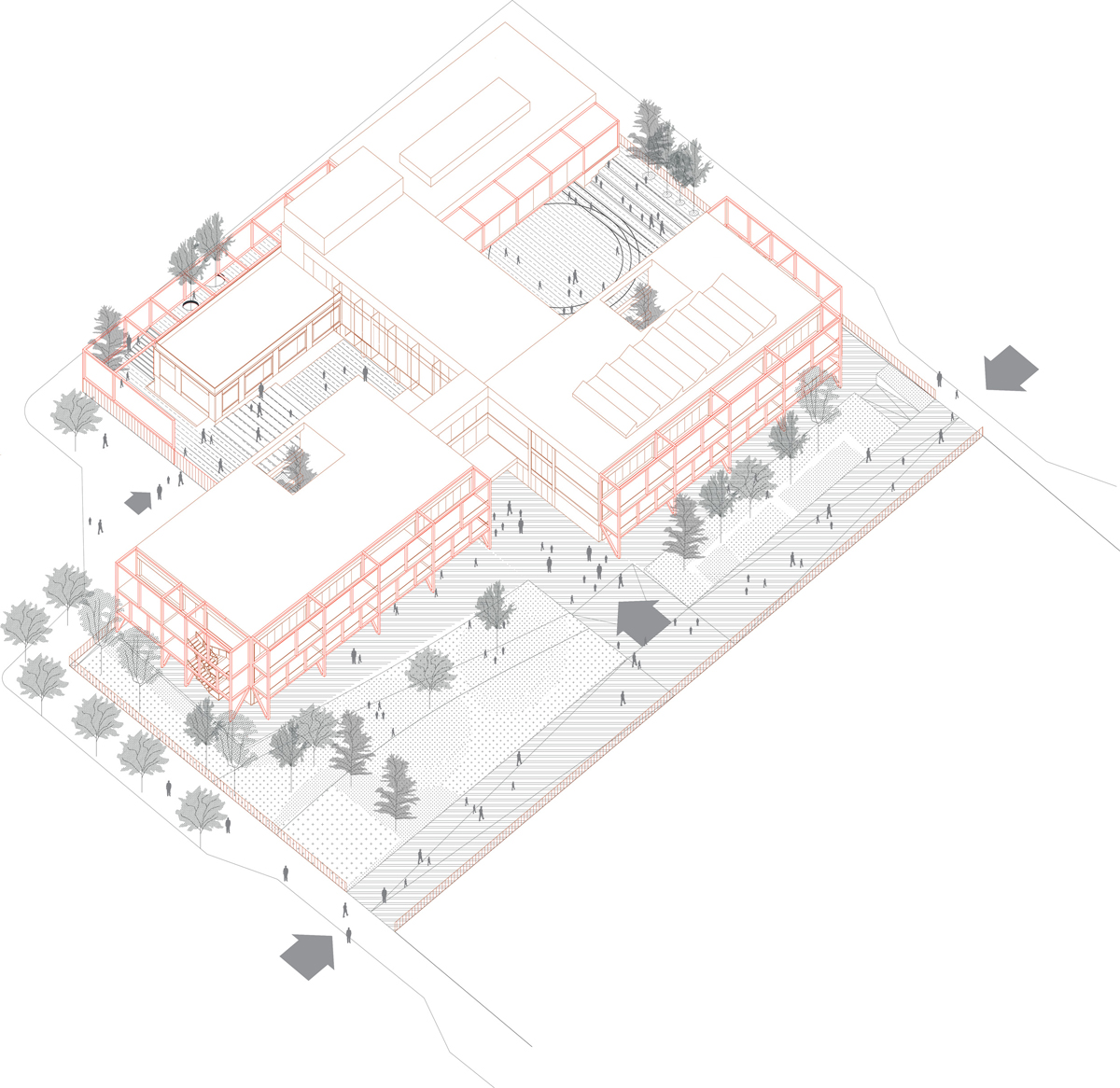 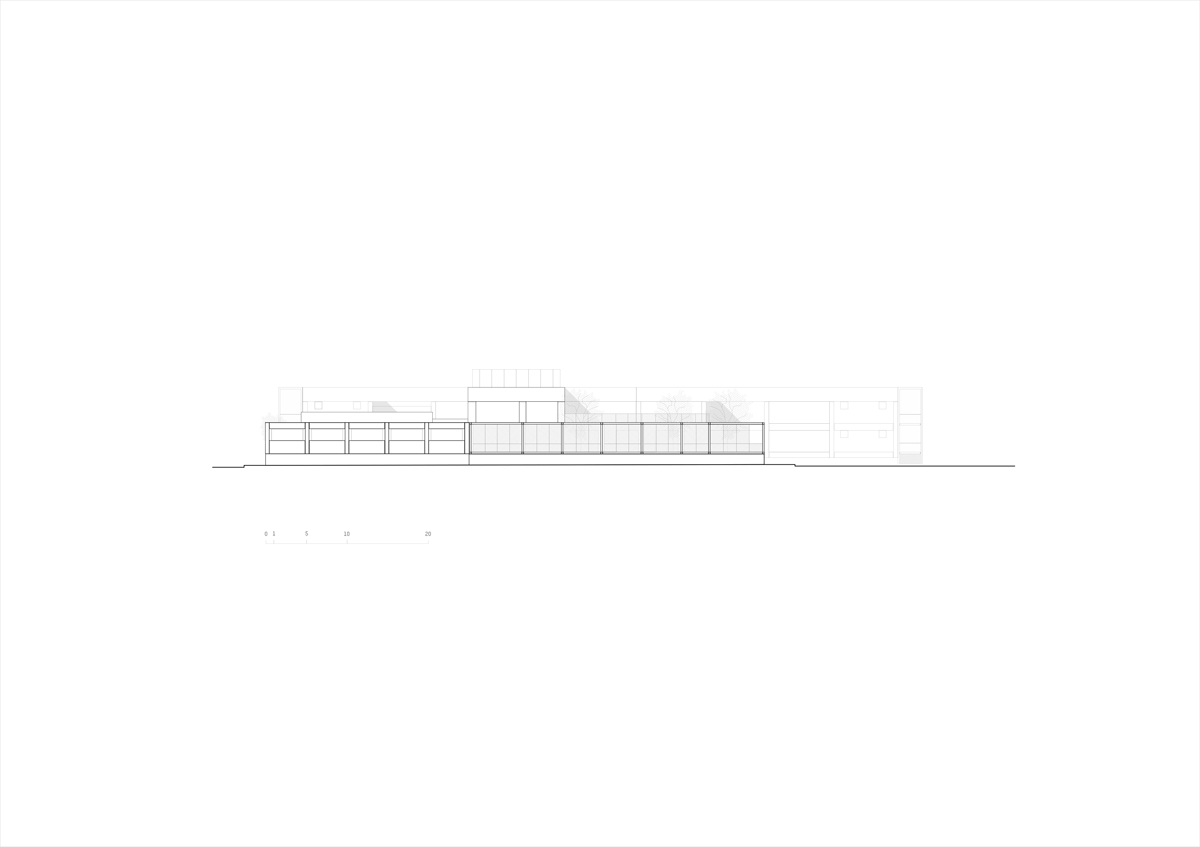 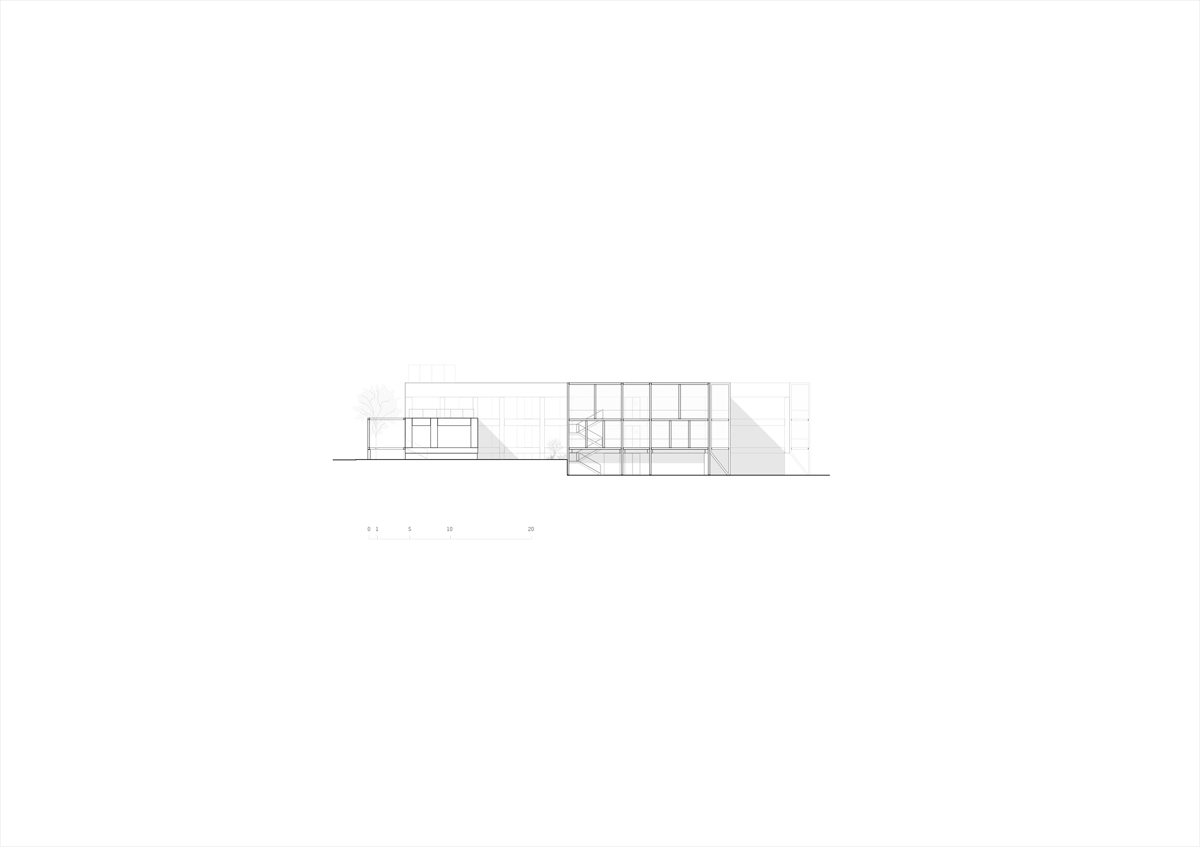 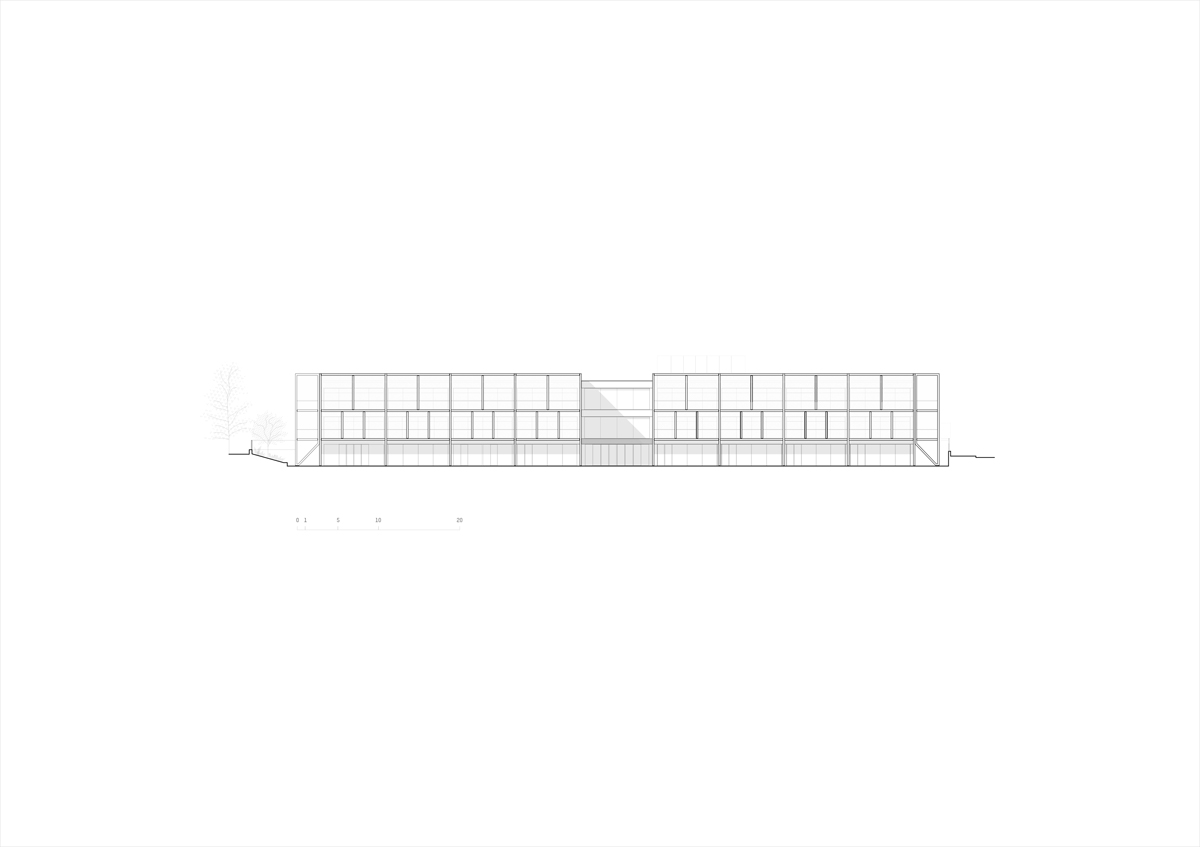 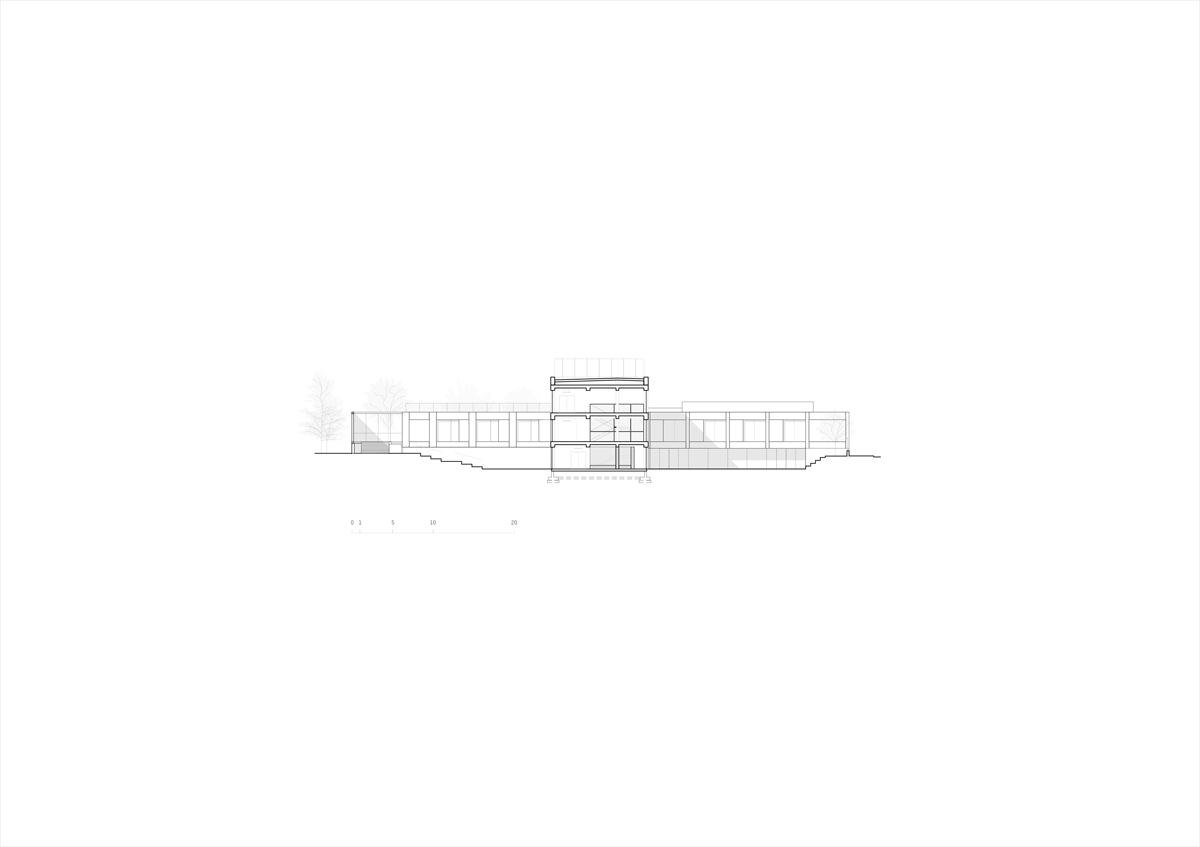 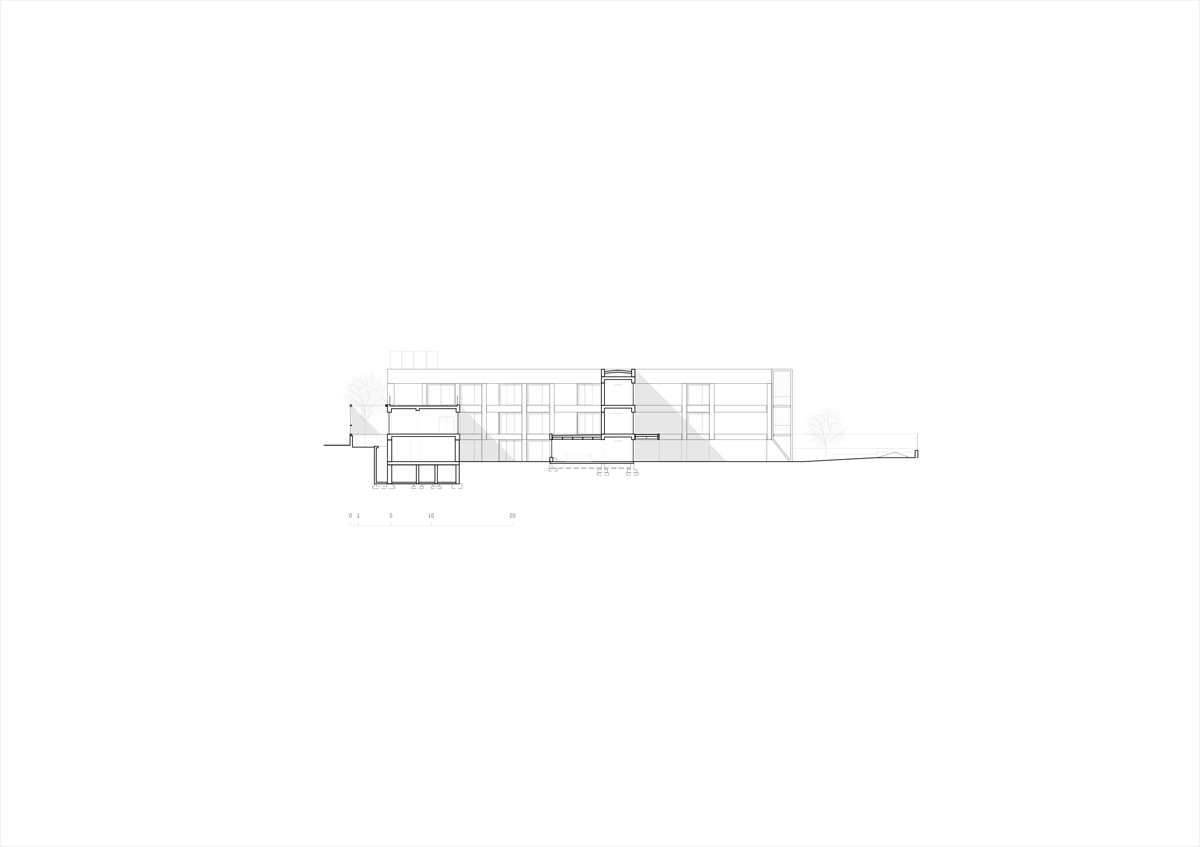 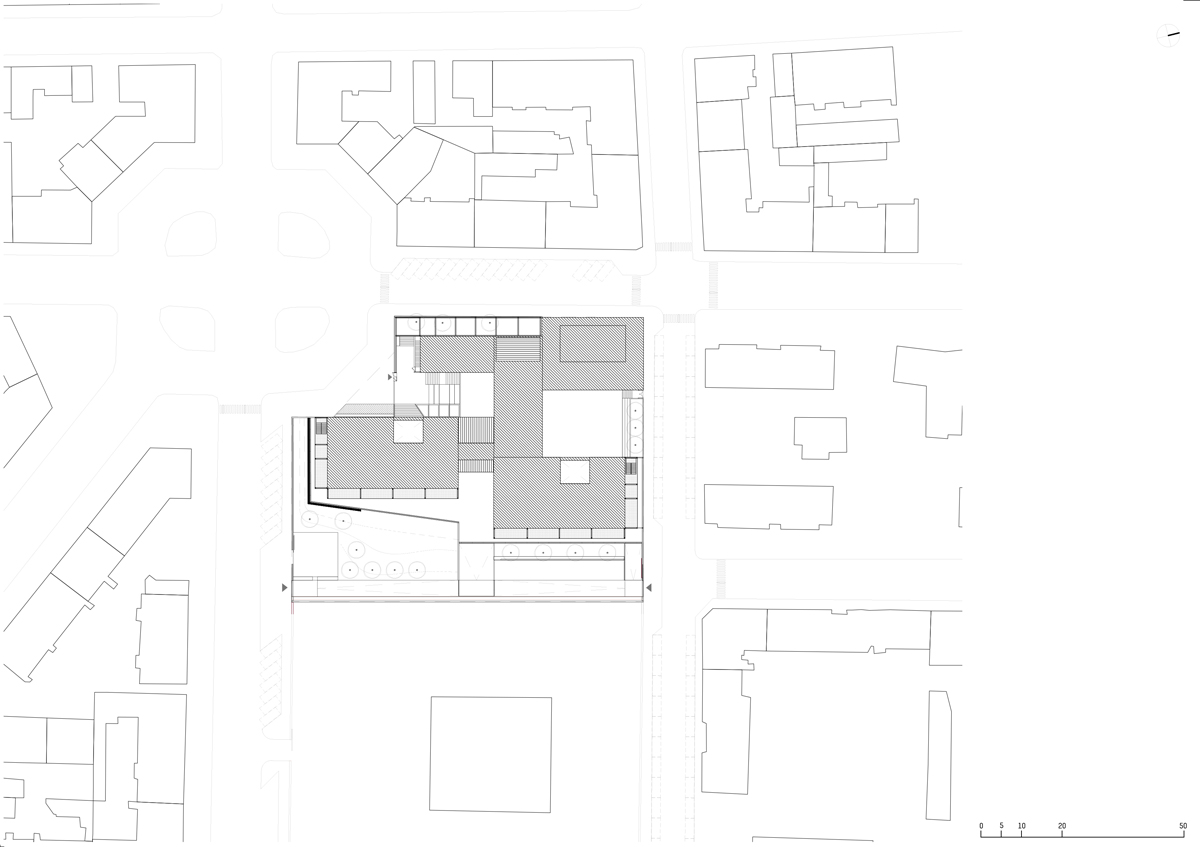 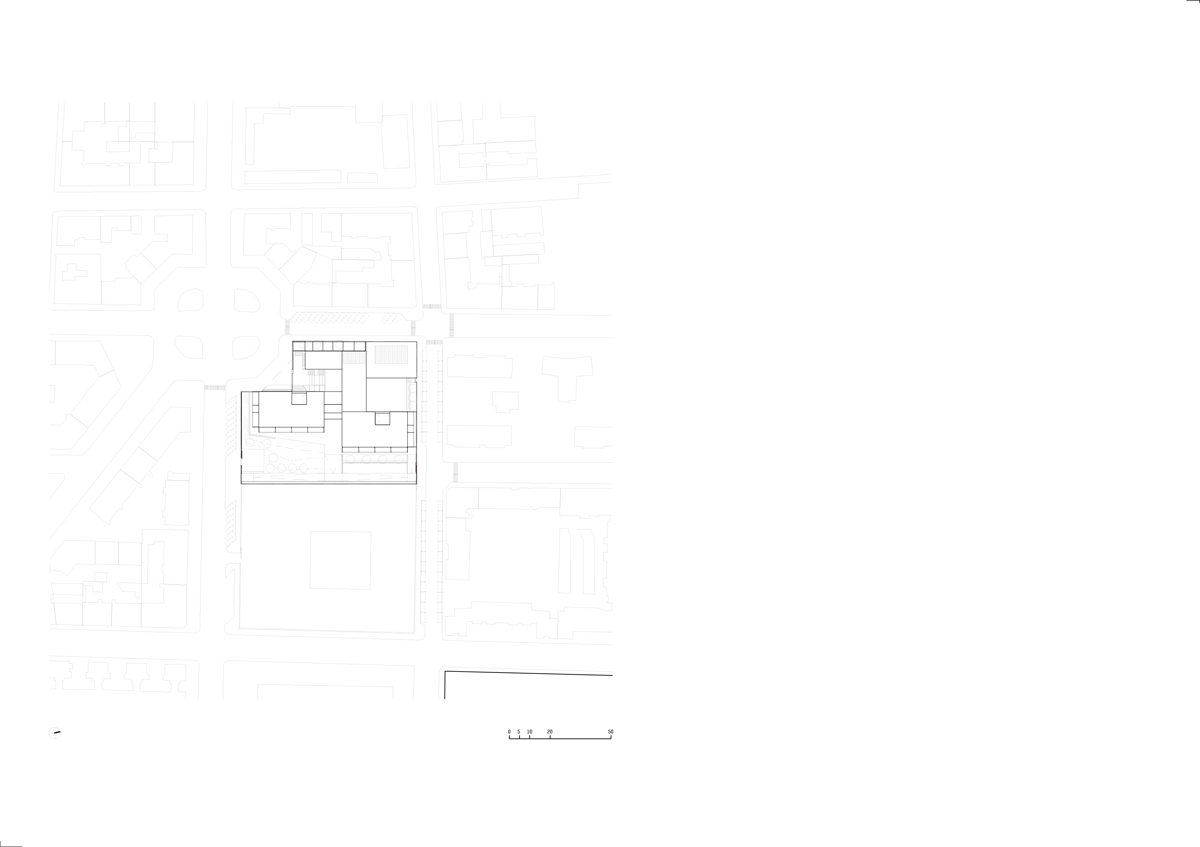 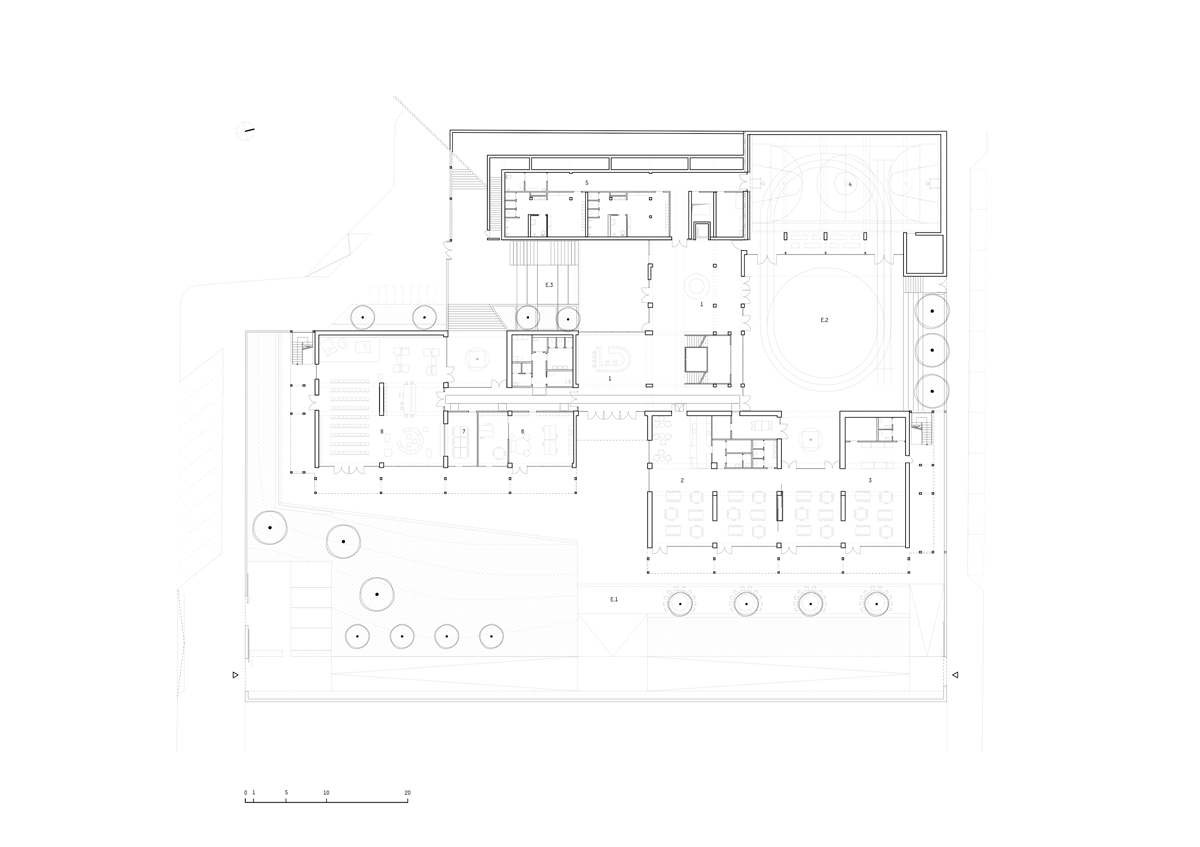 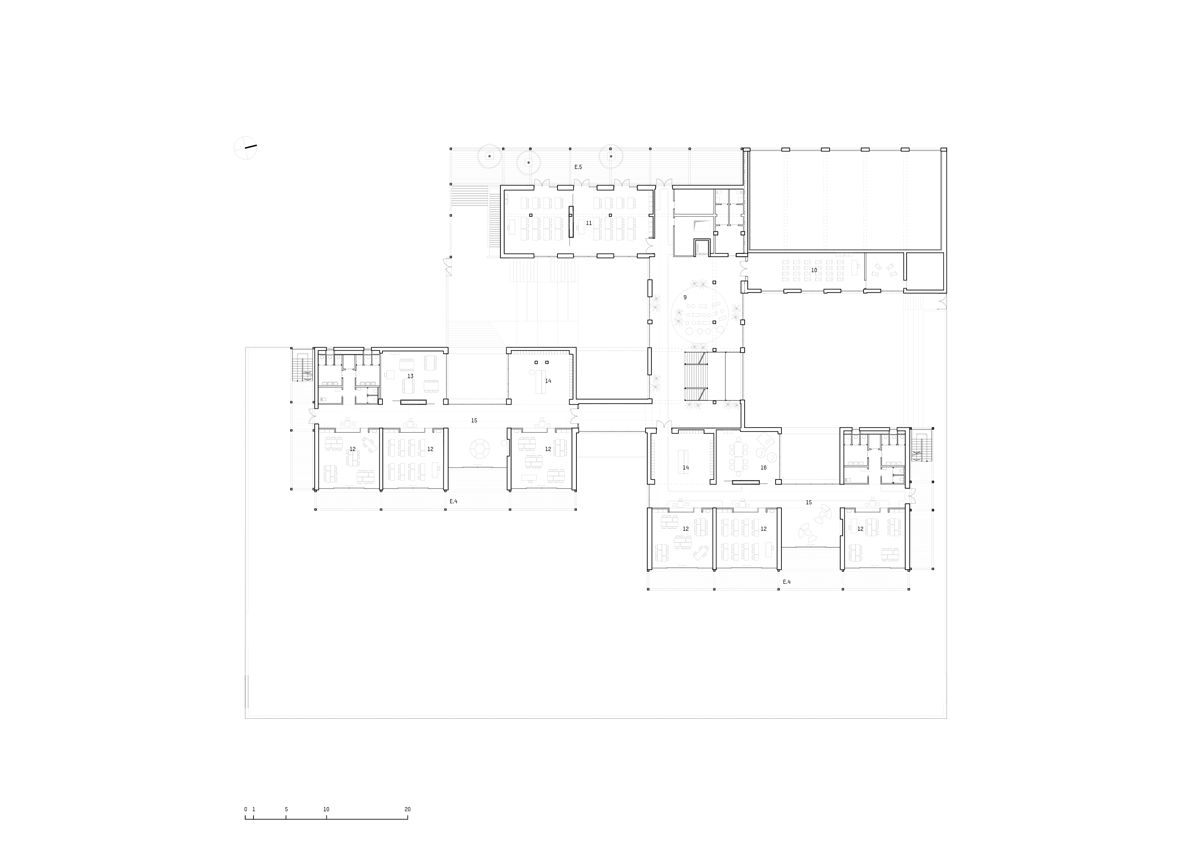 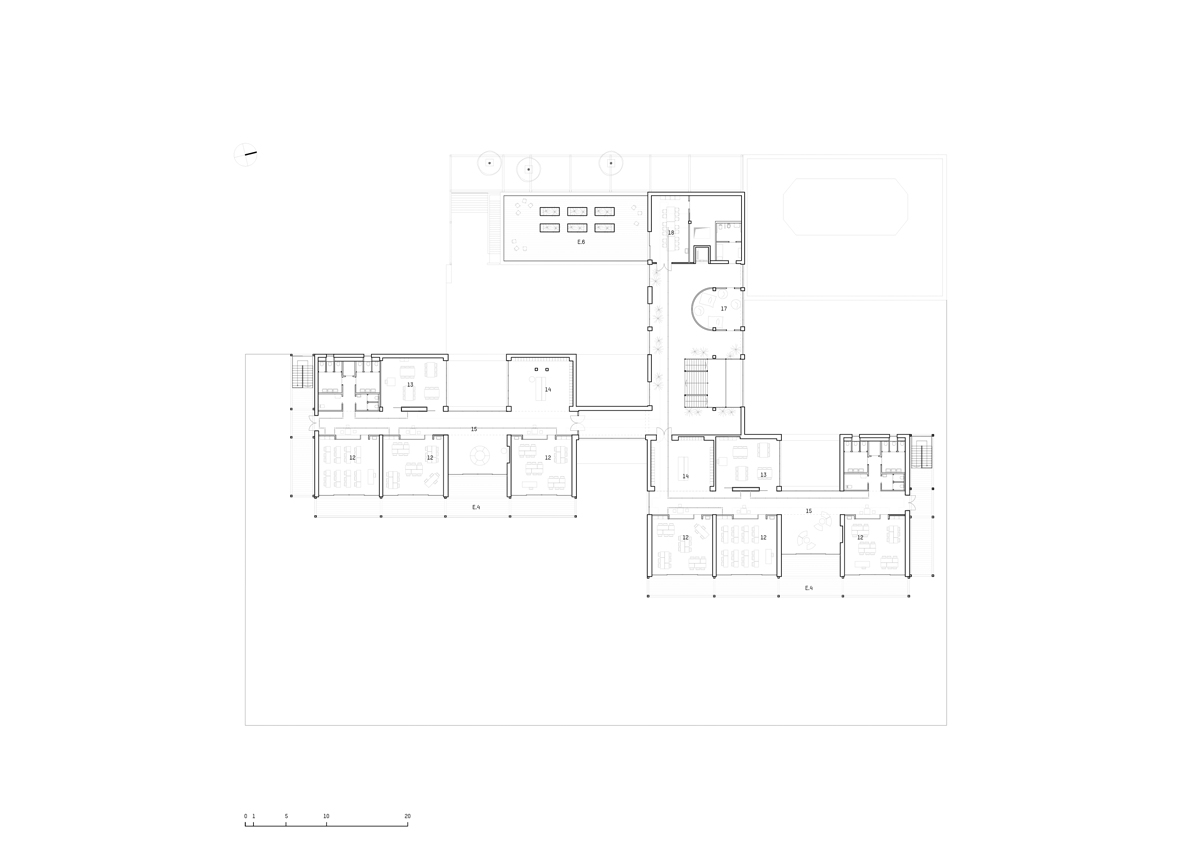 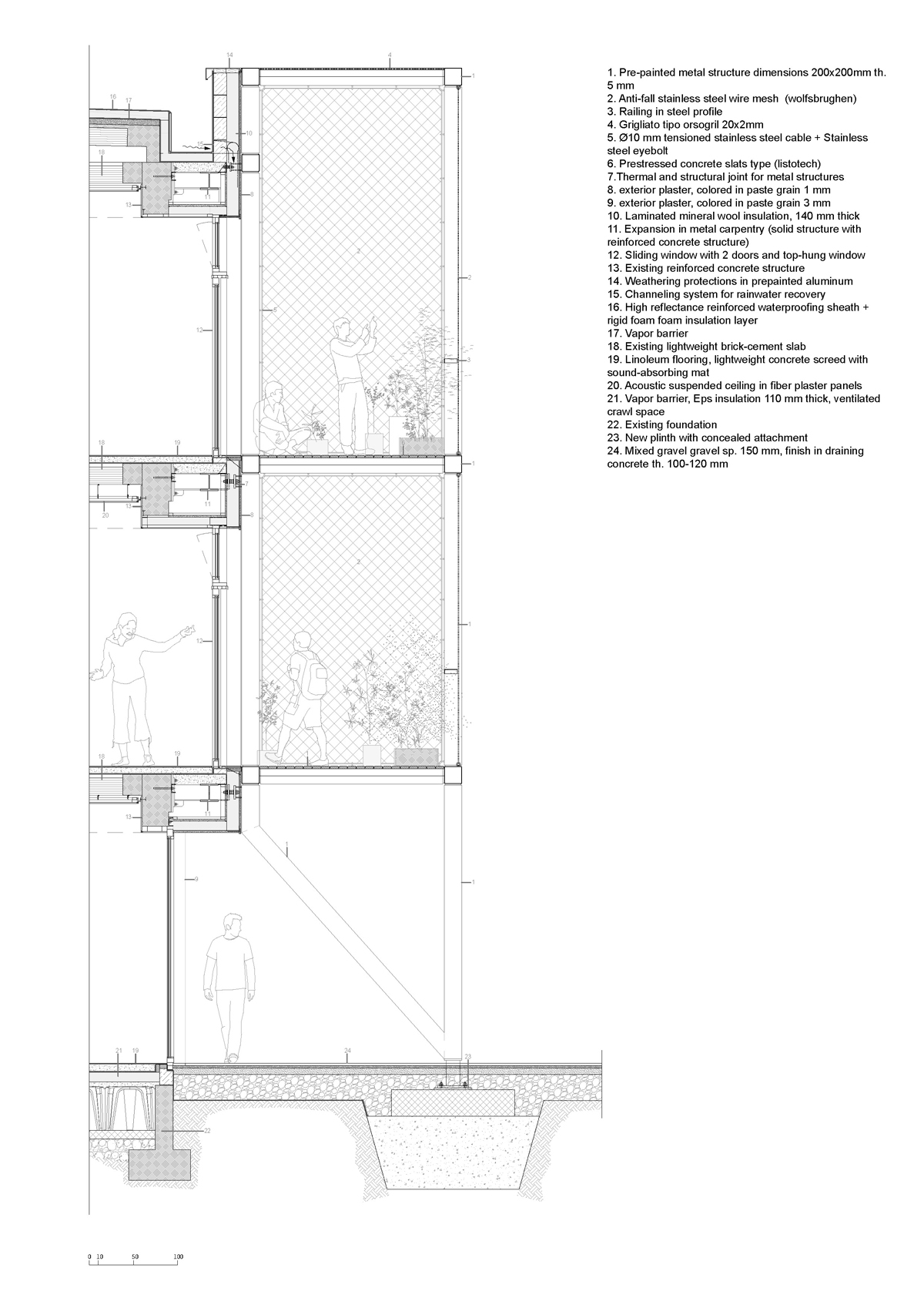 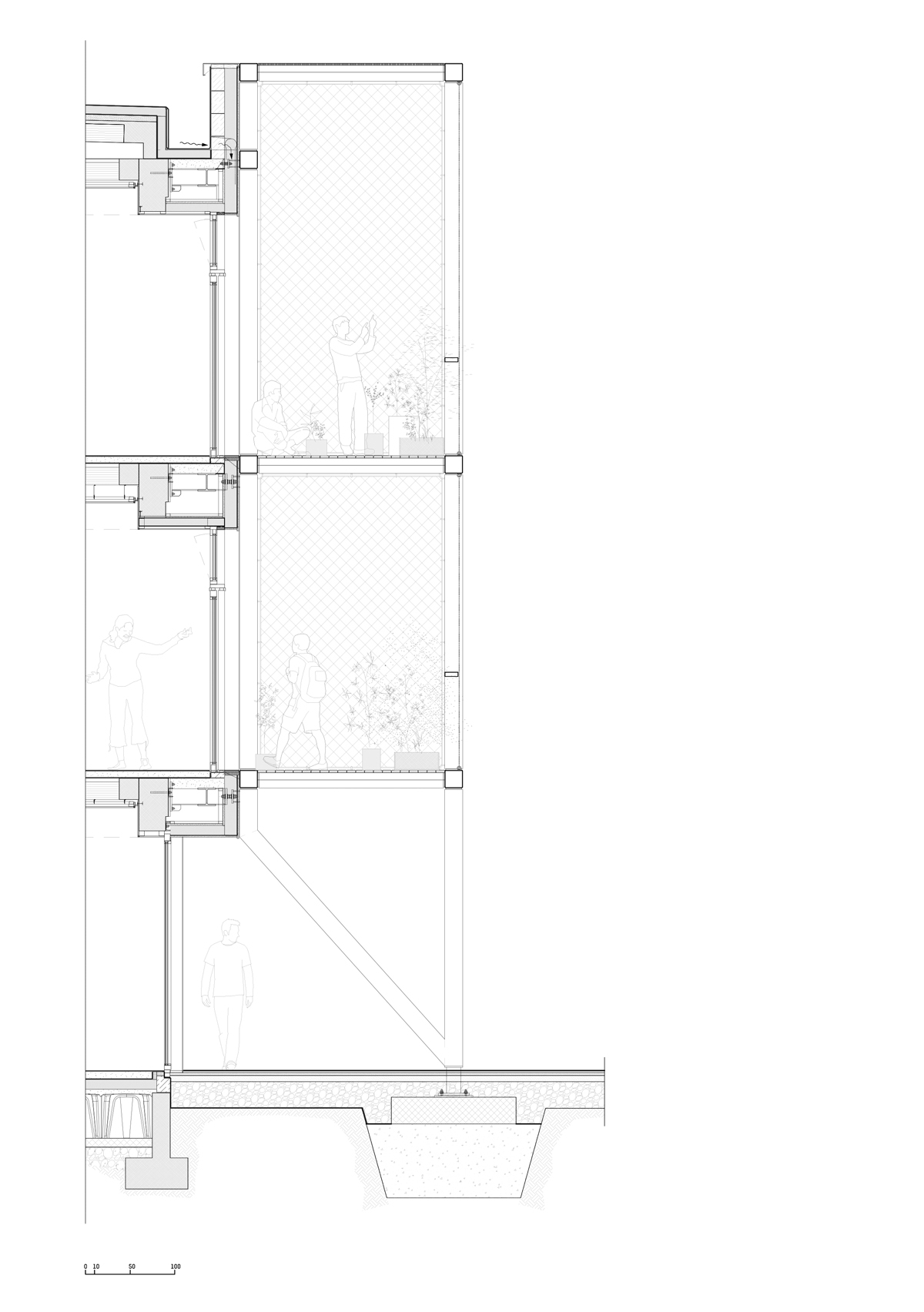