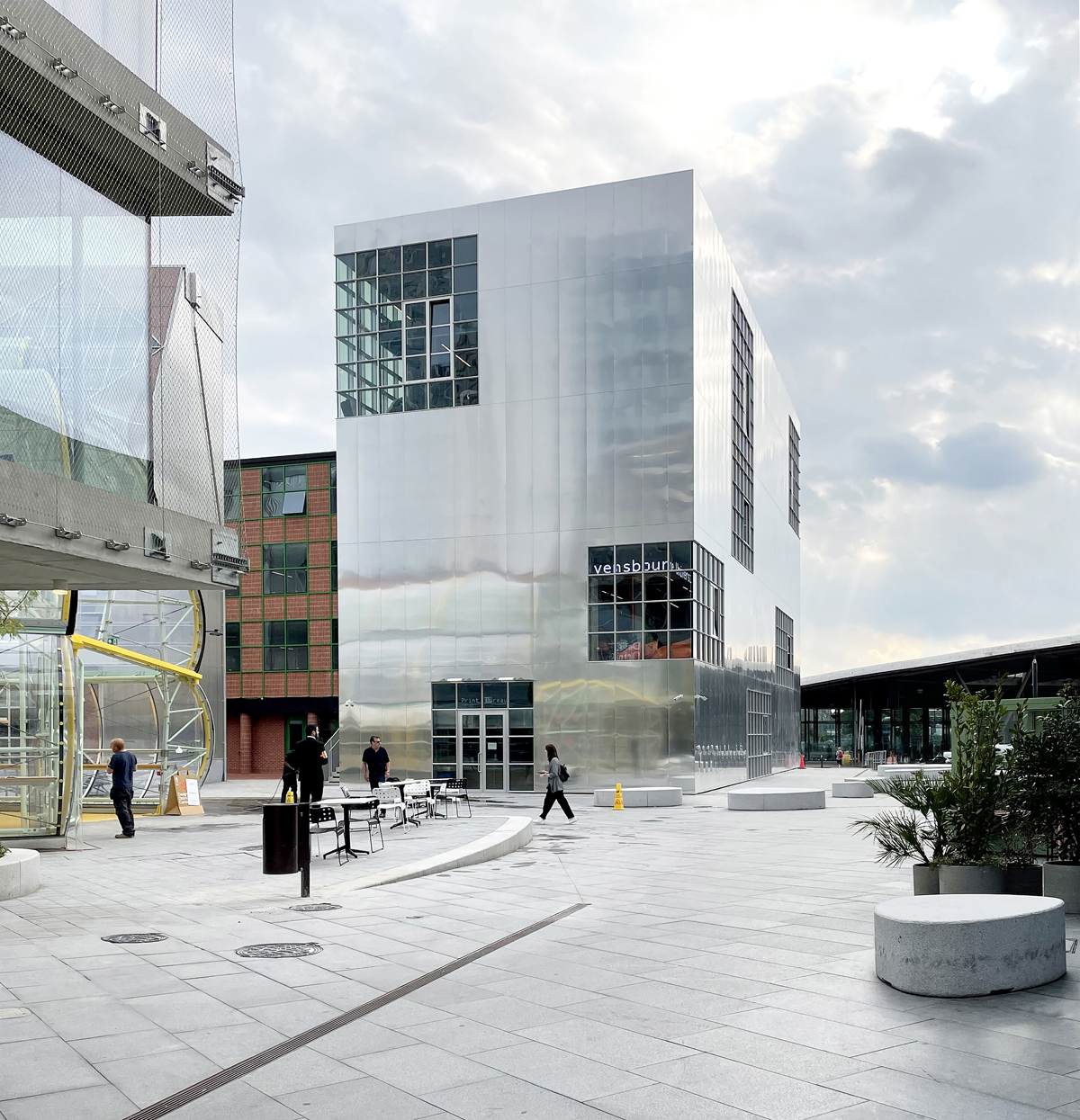 The London Design District in the Greenwich Peninsula is a new one-hectare neighbourhood of 16 buildings that will provide a permanent base for creative businesses to trade, interact and grow. Eight emerging architectural practices selected across Europe have been given a pair of buildings to design independently and ‘blind’ from each other, creating a provocative diversity of colours and forms. The masterplan, preceding the architectural project, assigned to Barozzi Veiga a first building (Al) located at the main access point from the Gateway Pavilion to the pedestrian area and a second building (D4) situated at the core of the neighbourhood. The positioning along the main paths through the plot gave the projects a significant role within the district as well as a strong narrative to explore.

The buildings are quiet and elegant volumes that seek to have an adequate proportion with the surroundings. Their external appearance is characterized by simple geometries and a complex materiality, which allows the facades participating in the life of the neighbourhood, absorbing and reflecting the nuances and colours of the context. The polished aluminium finishes play with the light and transform depending on the day or the season of the year. The material choices are made so that the buildings materialize obtaining great expressiveness while maintaining the simplicity that characterizes the project. Sober architectures, at the same time conscious of the character of the Design District, that all year round give luminosity to the surrounding courtyards and alleys.
The buildings have been conceived following the same strategy, though consciously adapting themselves to the specificities of each plot. The bi-chromatic appearance of the two volumes expresses the concept of creating a single project consisting of two separate figures. Hence the desire to establish a dialogue between the pair, and the choice of creating two chromatically opposite volumes. Al, located at the entrance to the district, invites the visitor from far and near, while D4 participates in the reality of the district by overlooking the central square with the slim façade.-The chromatic difference provides two moments along the path through the area, while perceiving the belonging to a single design logic; its meaning lies in the duality and in the dialogue between the two volumes that develops in the distance separating the two buildings, in the space of the Design District.

The project takes the opportunity of a flexible program to experiment with the characteristics of the windows, with the entrances and with the interior materiality. The buildings are characterized by large openings in the façade that seek unprecedented views and allow a certain ambiguity of scale introduced by the size of the voids. The windows, protagonists of the project, declare its marked modularity through the design of the frame, thin metal profiles that constitute a component as much structural as it is aesthetic. The creation of full height glazing results in volumes capable of provoking relationships between the dynamism of the context and the large and bright workspaces.
By stepping back from the perimeter of the lot, both buildings leave room for the insertion of an external staircase that establishes direct exchanges between the ateliers and the pedestrian area. This element also constitutes a direct access to the first floor, making the ground floor eventually independent from the upper floors. A series of volumetric studies led to the choice of working with compact volumes which seek exterior slender proportions and maximize the heights of the interior spaces up to 5.40m (3rd floor). In order to create rooms suitable for workshop and experimentation, the interiors feature raw materials such as exposed concrete, built on site or prefabricated, and pre-finished wood and metal panelling. The evident modularity, both in the façade and in the internal components, holds together the aesthetic design and constructive logic of the two buildings. Through these elements, the project promotes the creation of a new atmosphere capable of echoing the industrial history of the area while creating new scenarios for the present and future of the district. 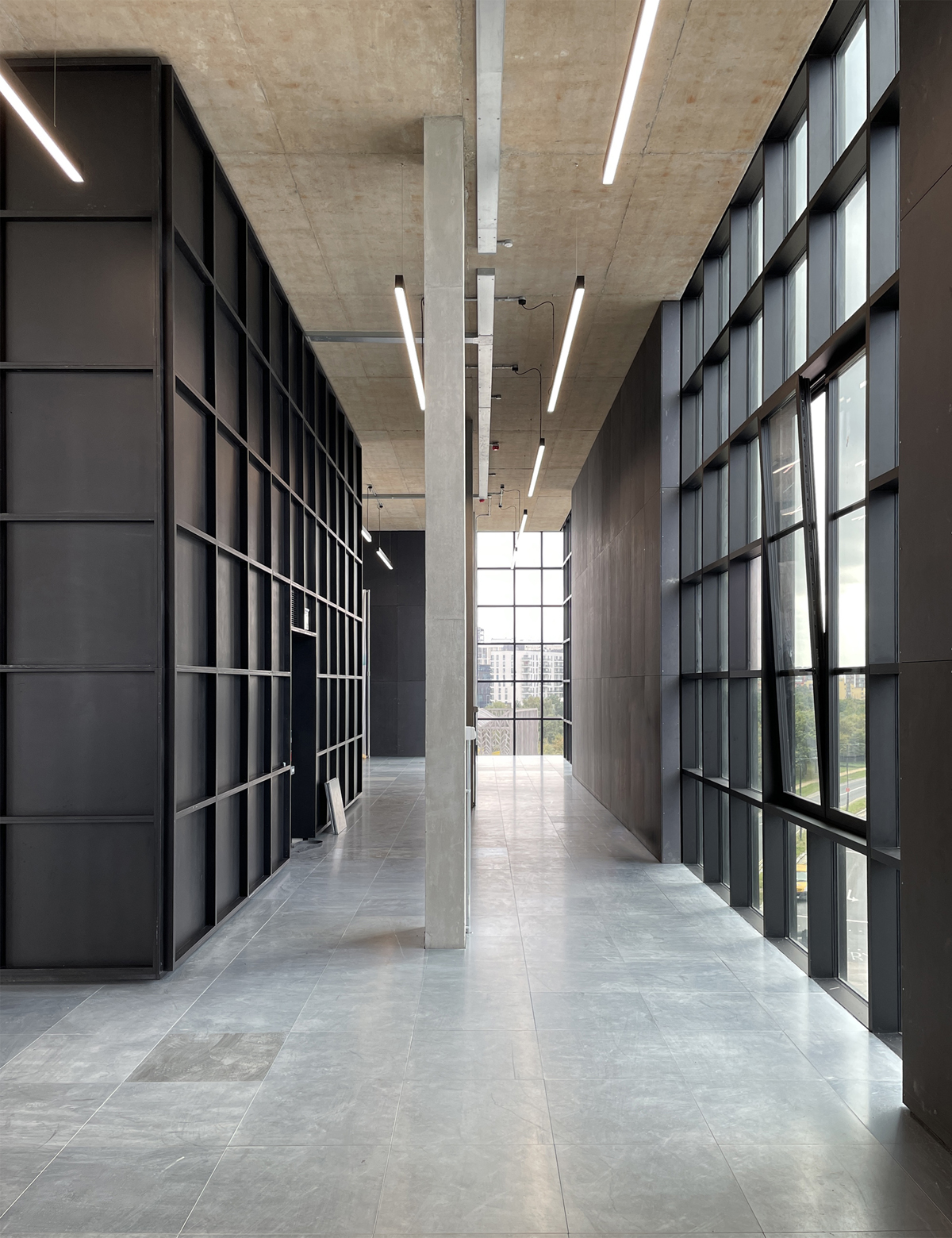 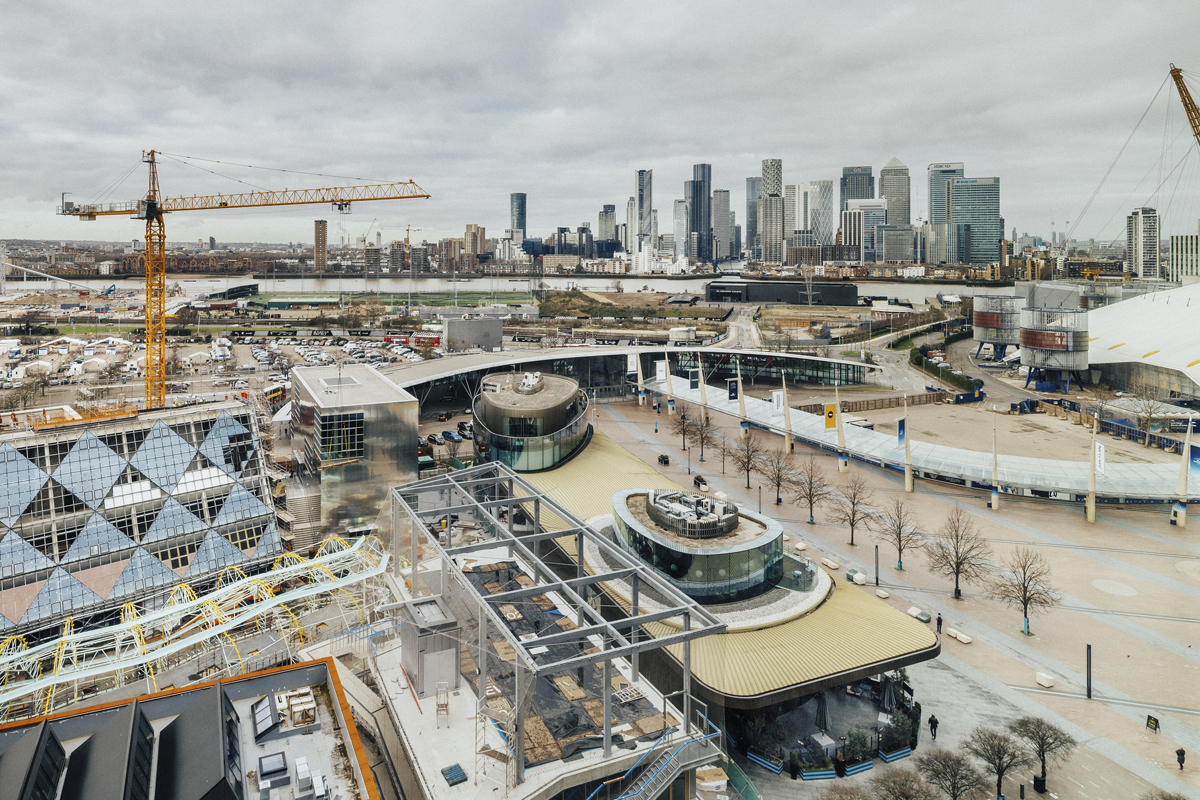 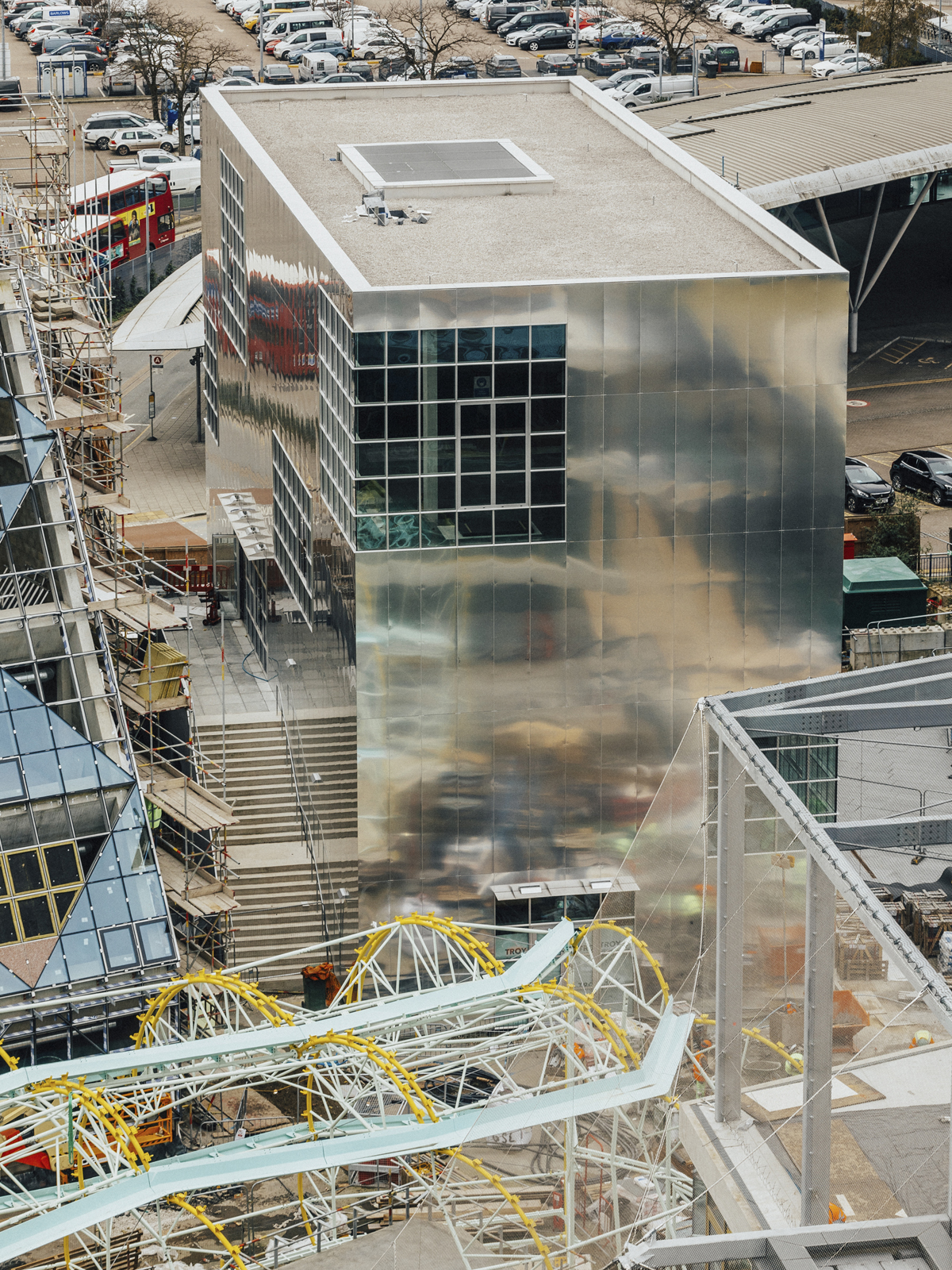 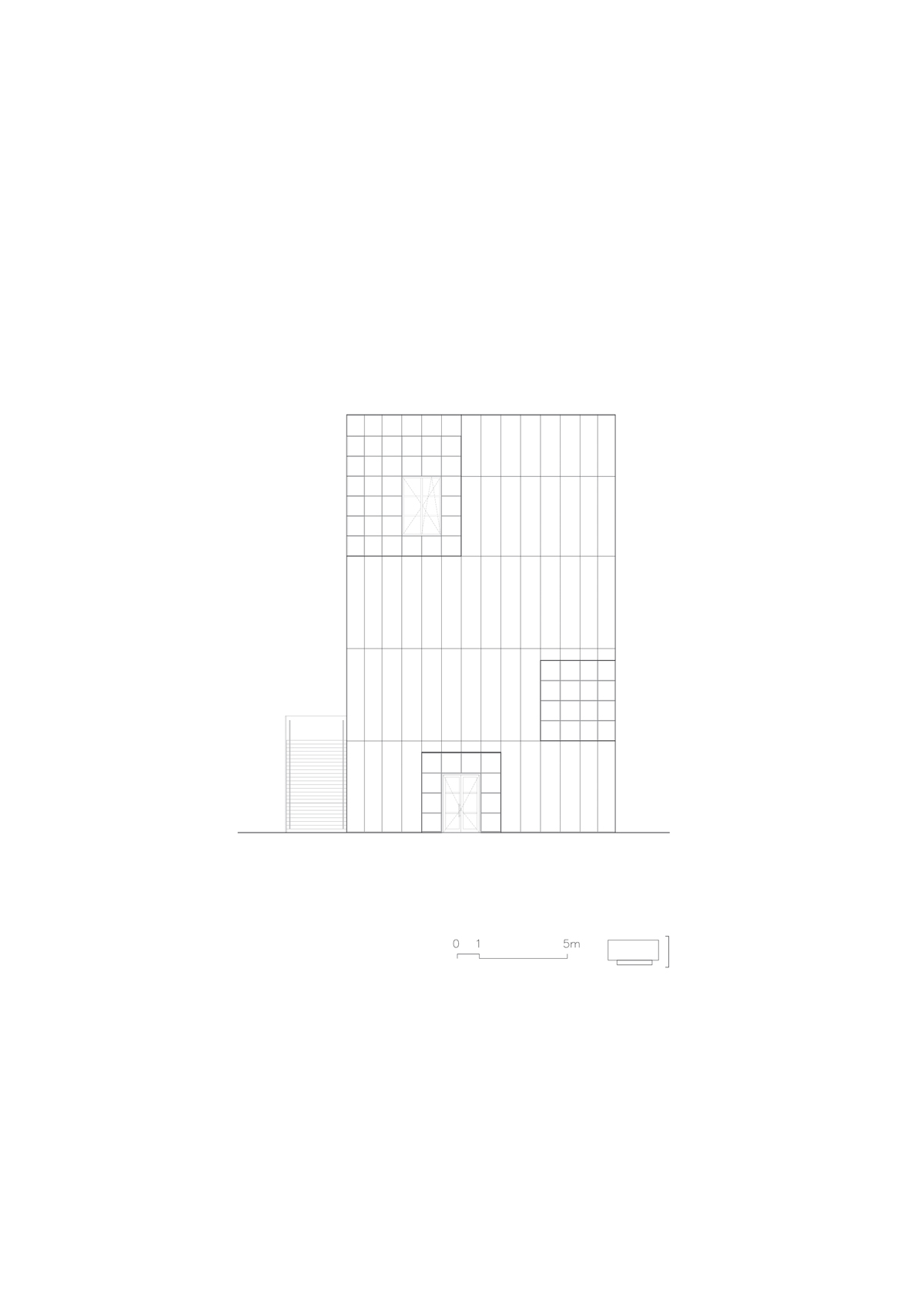 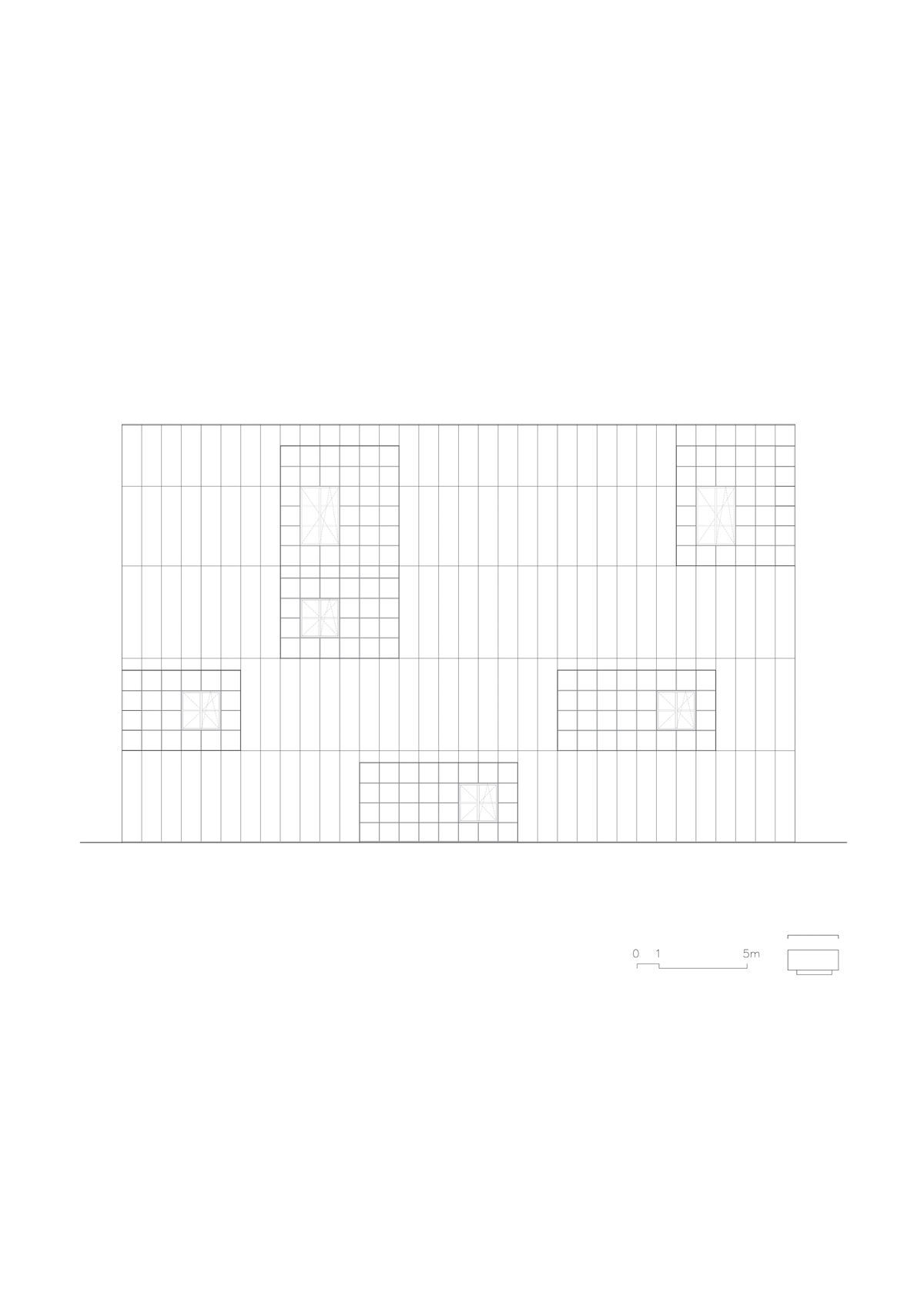 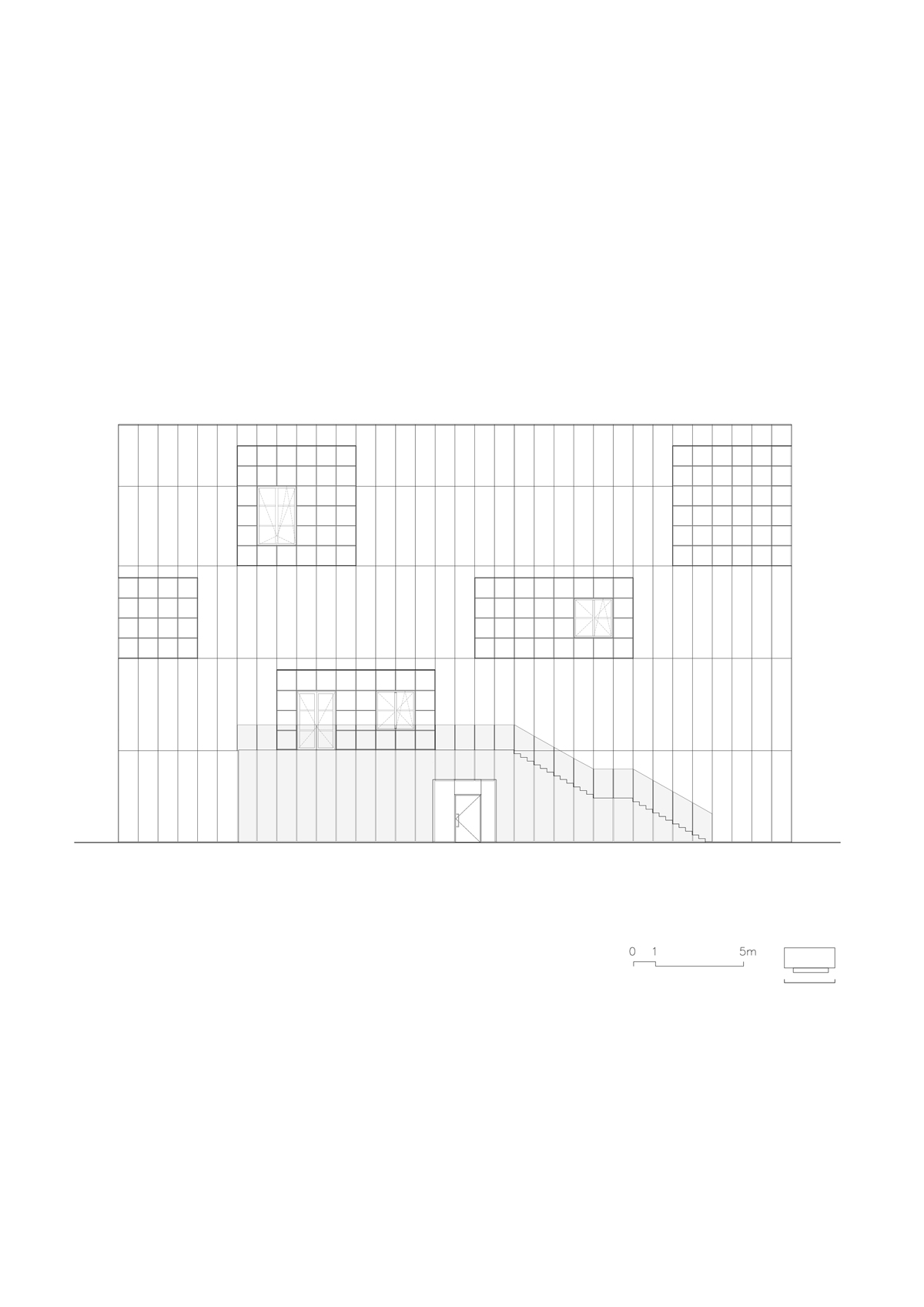 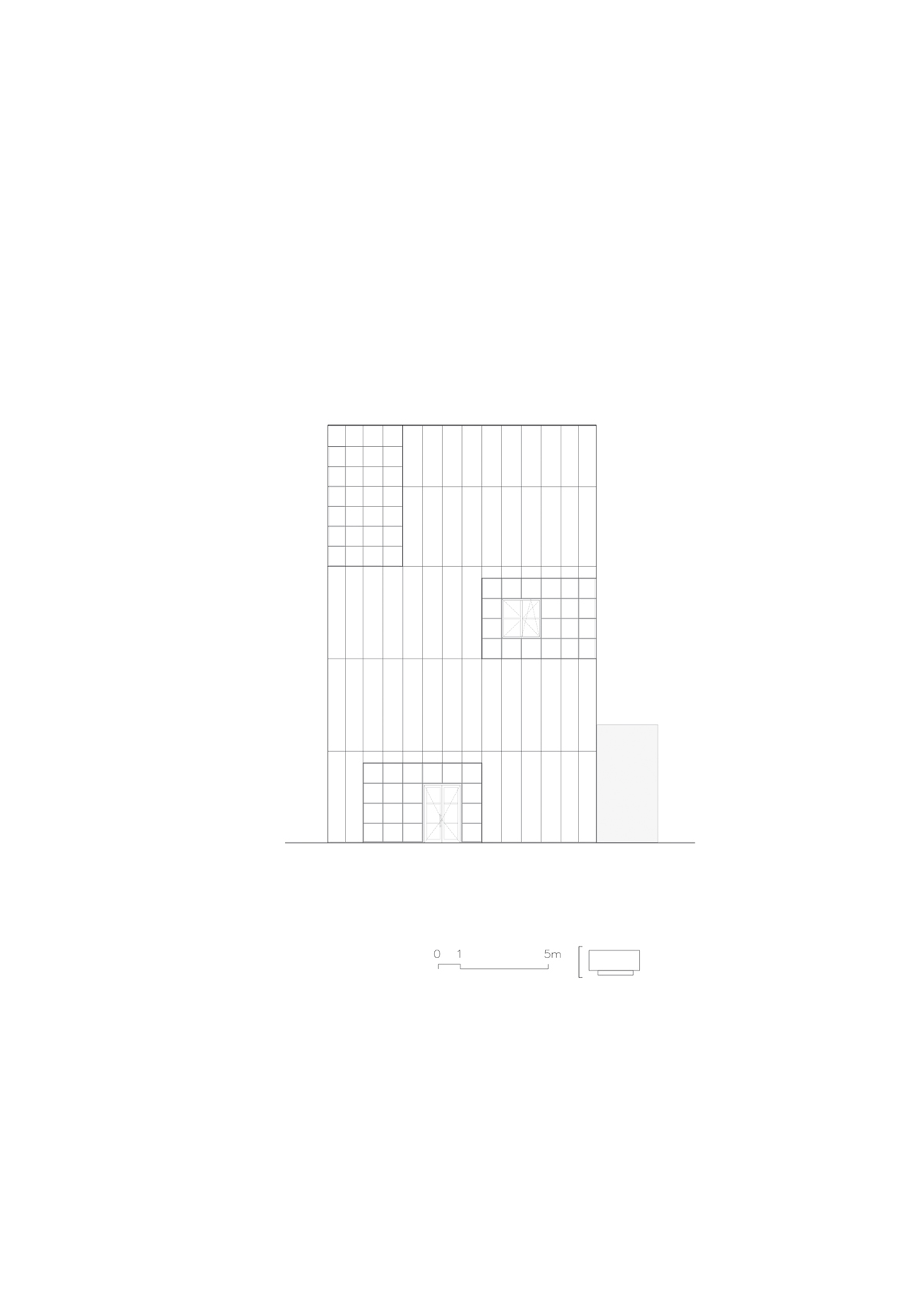 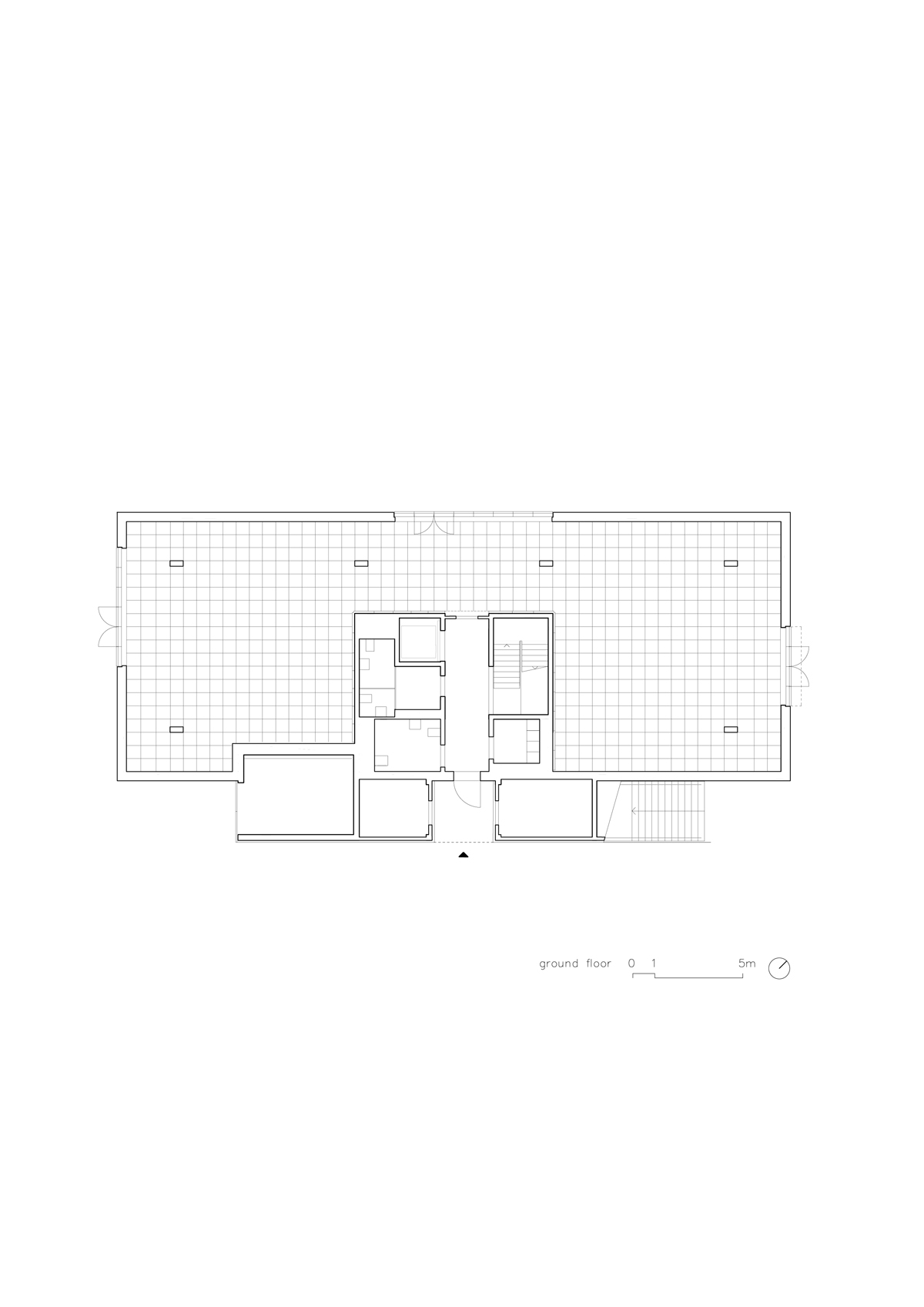 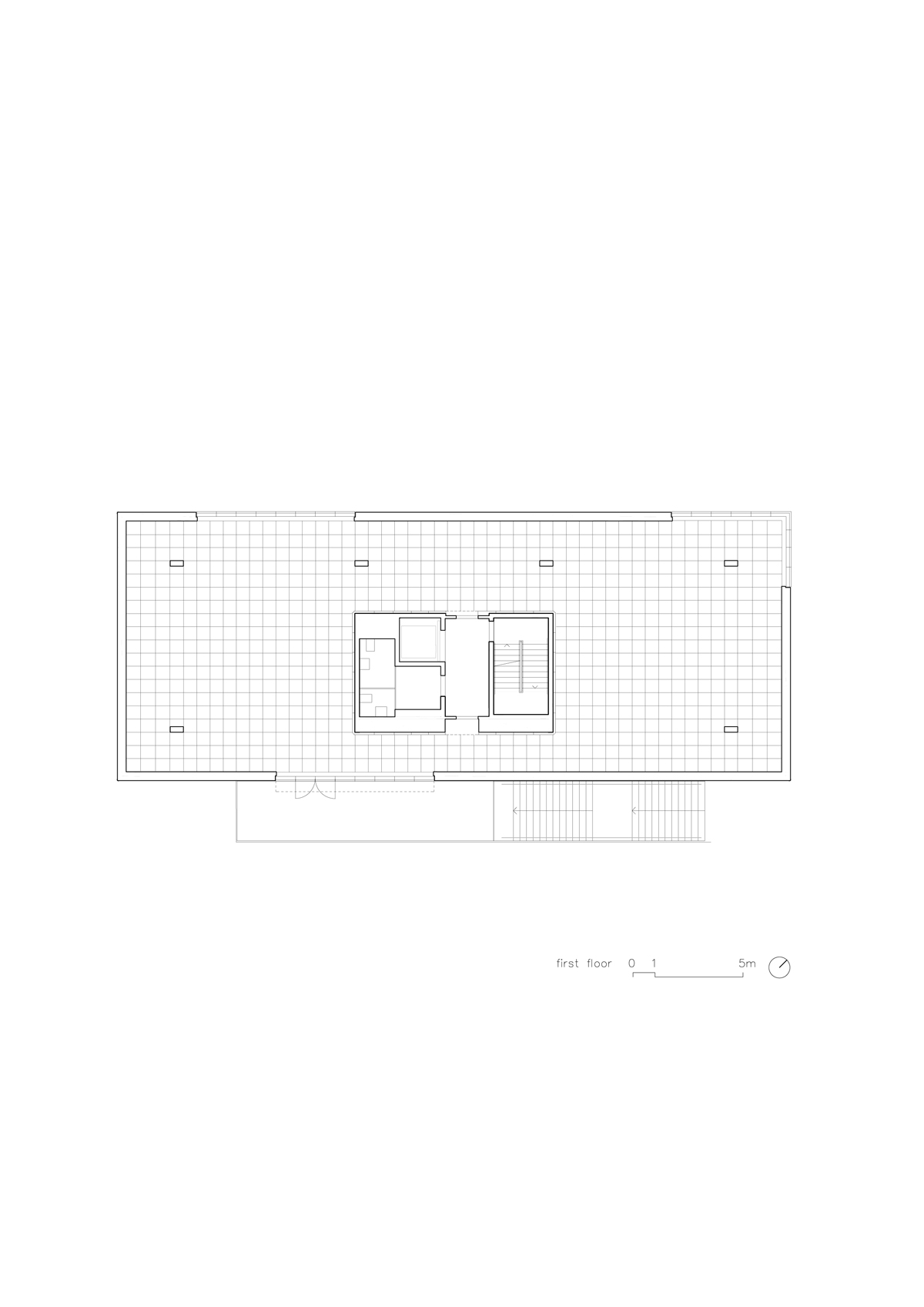 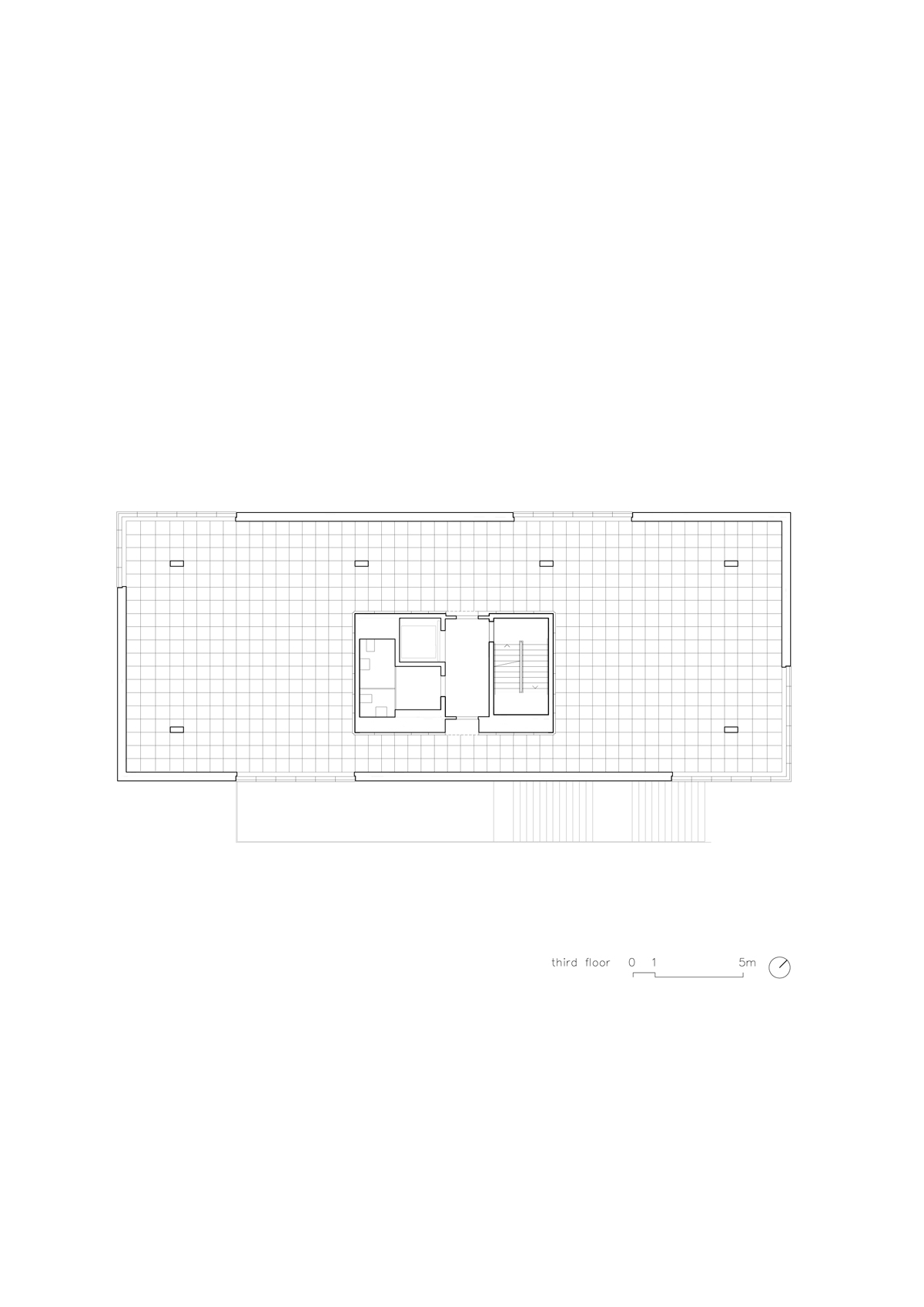 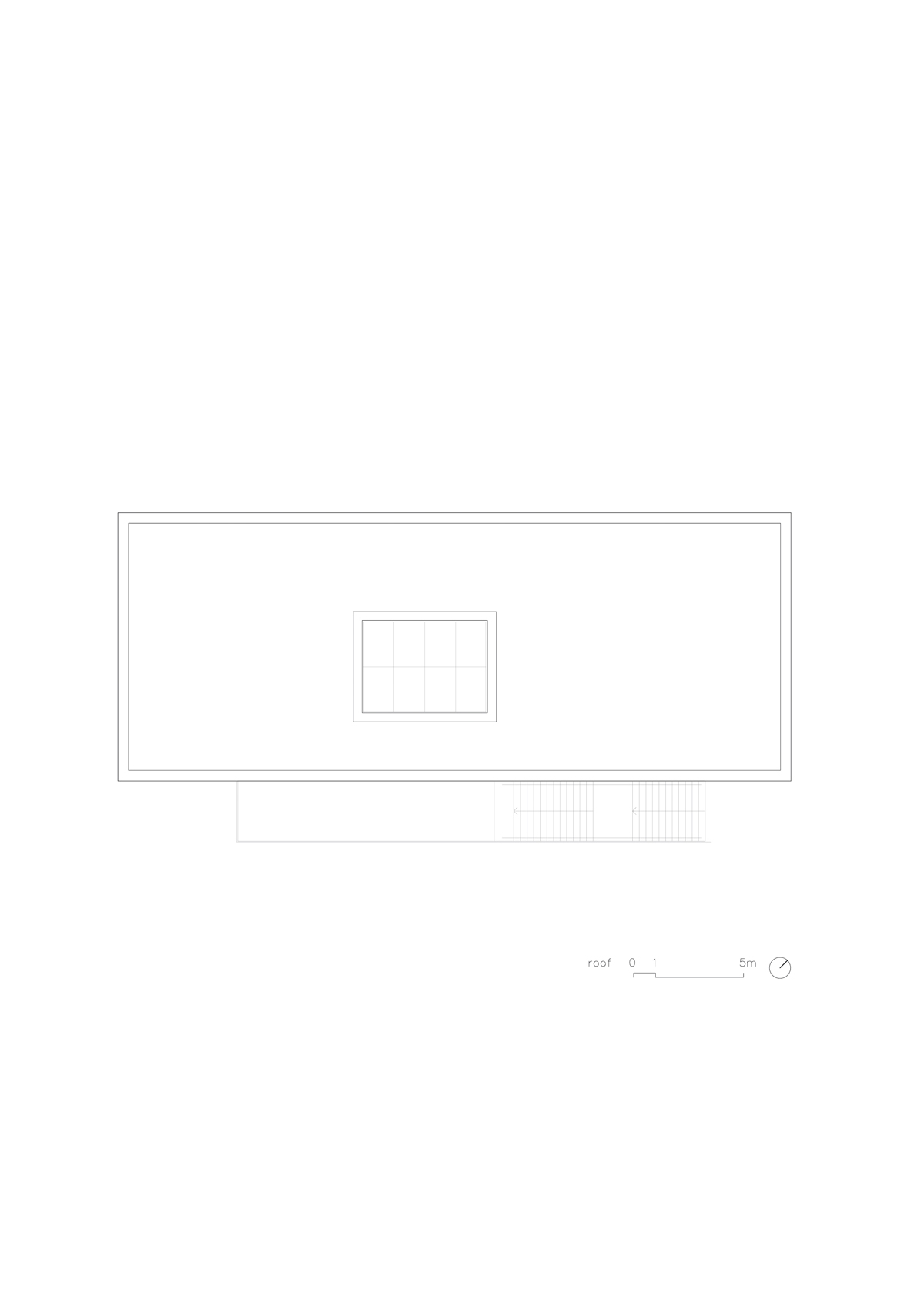 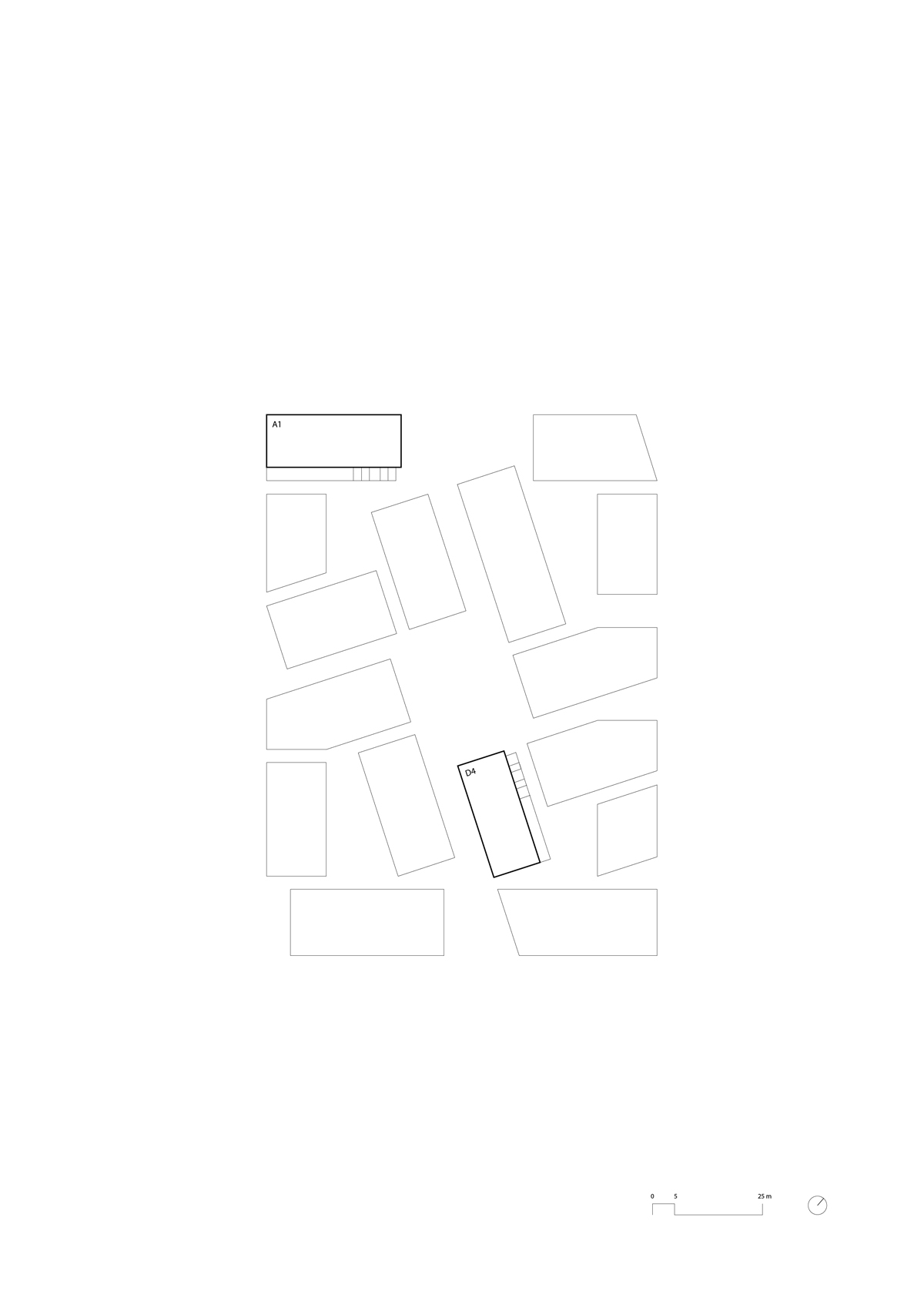 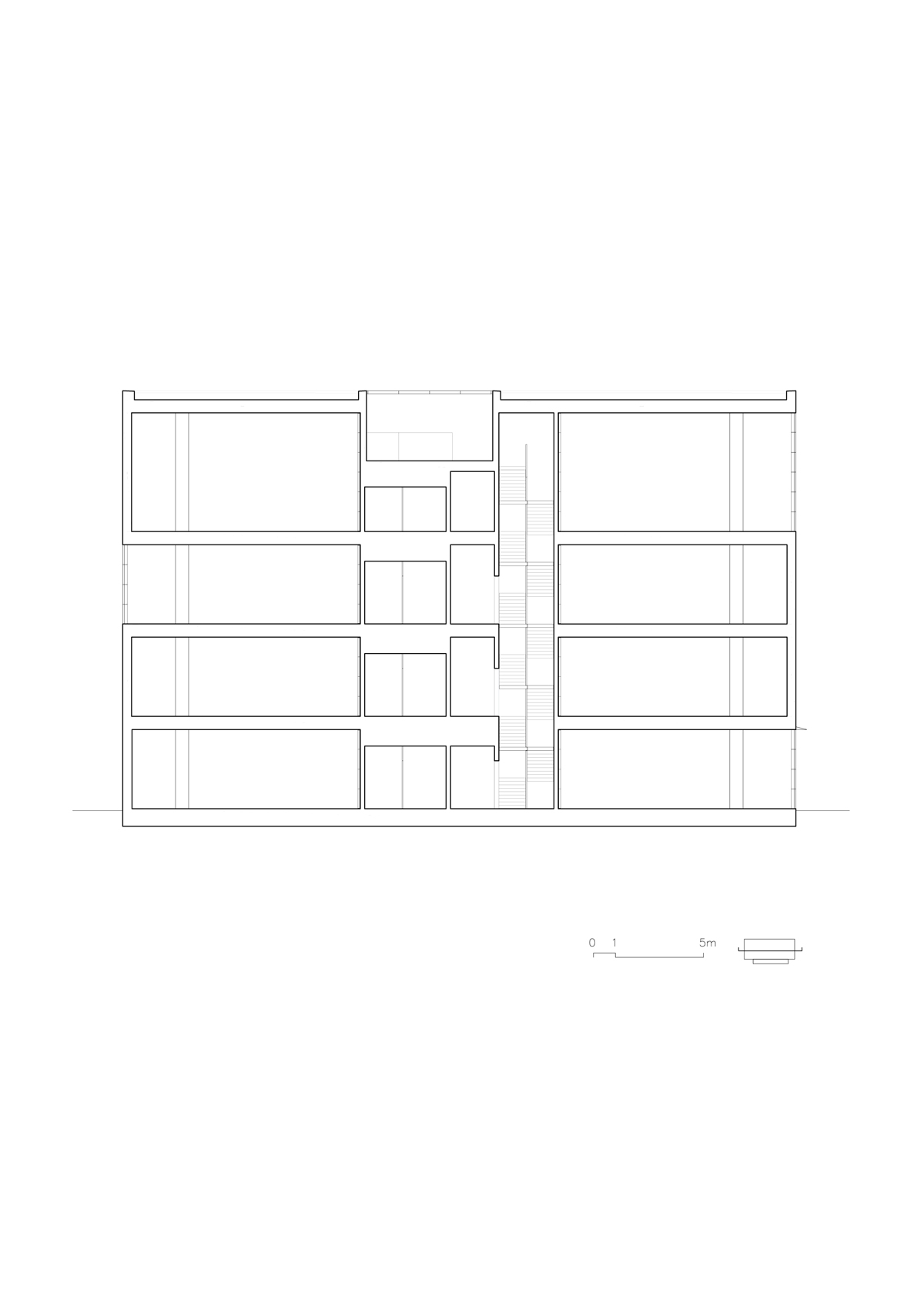 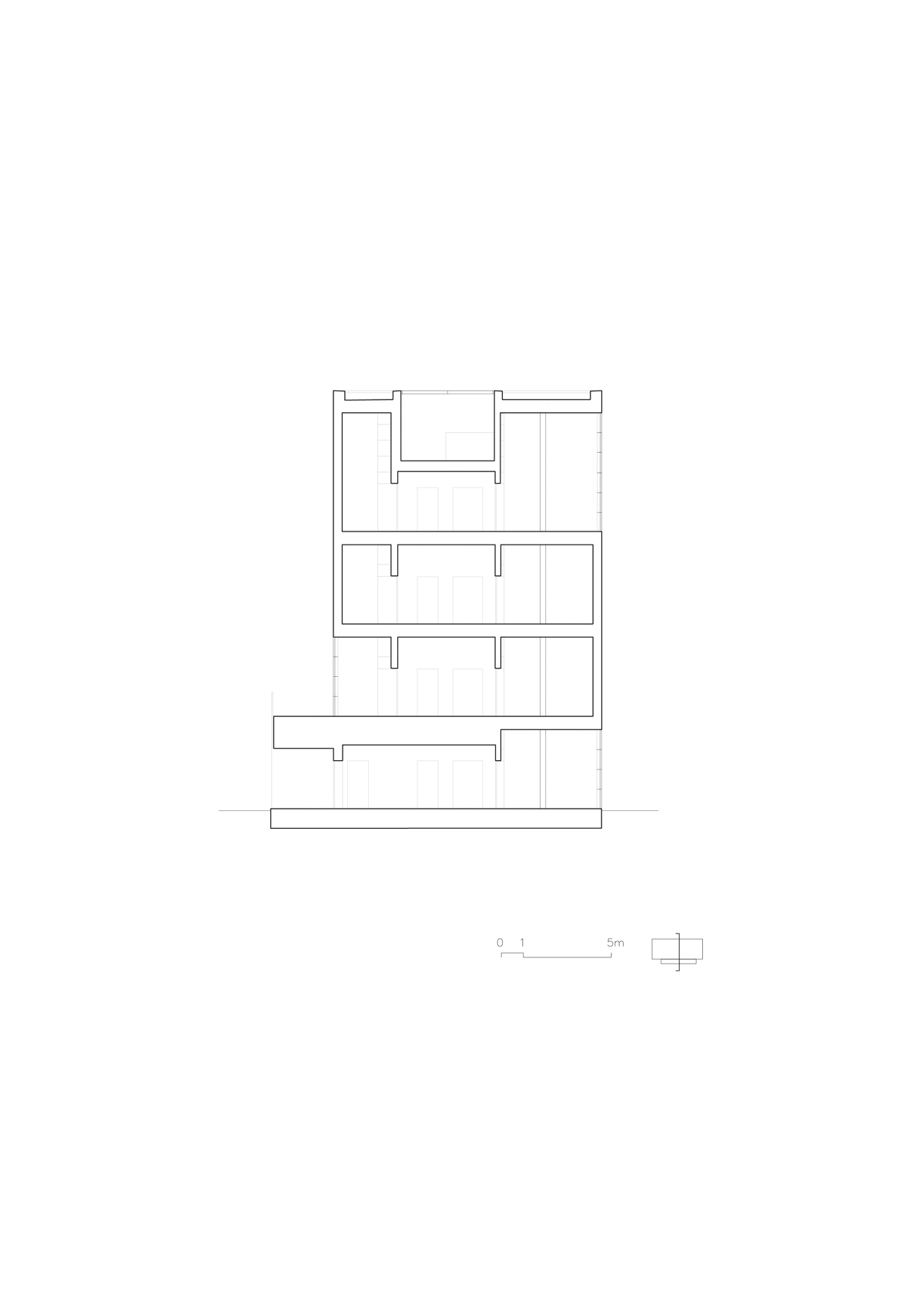