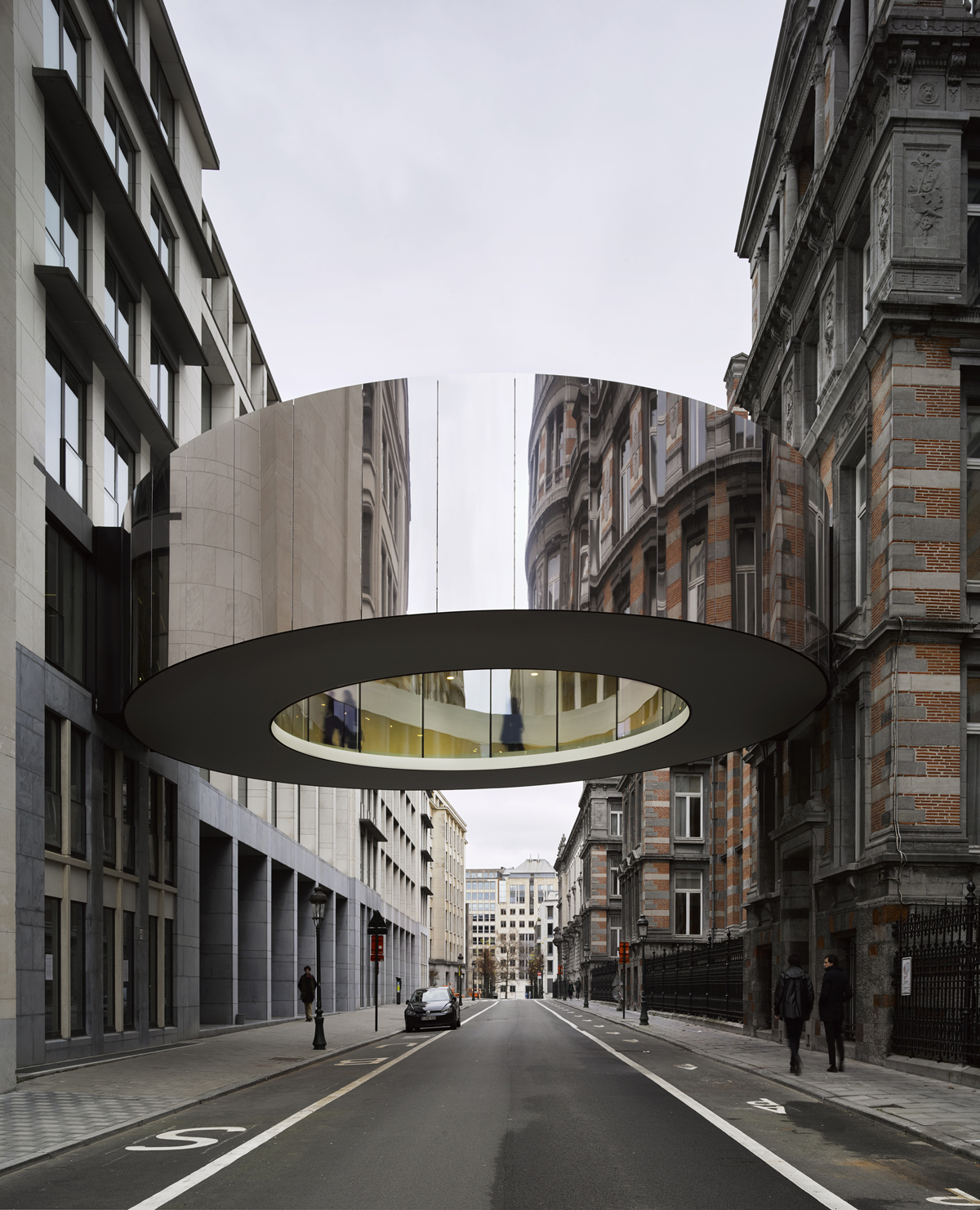 ‘Tondo’ is a footbridge in the centre of Brussels that connects the offices of the Chamber of Representatives with its recent extension, the Forum building, on the other side of the street. The bridge was explicitly designed as a spatial element rather than a technical solution. Named after the Renaissance tradition of the tondo, a circular work of art, it’s shaped like a ring and tucked between the facades of the two buildings. It offers a generous walk – a ‘detour’ – around an enclosed outer space, which also functions as an escape route and a meeting place.    At the same time, the ‘detour’ allows the height difference between the buildings to be bridged by means of a single, accessible 4% slope. Towards the city, the bridge shows itself as a ‘closed’ element, in the tradition of the Bridge of Sighs in Venice, for example. Coated with mirrored panels, it reflects the facades of both the Forum building and Parliament. From closer up, a subtle view of the passages between the two buildings is revealed through the opening. Structurally, the bridge can be described as a stiff disc: the floor hangs from the roof with a minimal presence – a near ephemeral pavilion between the buildings. 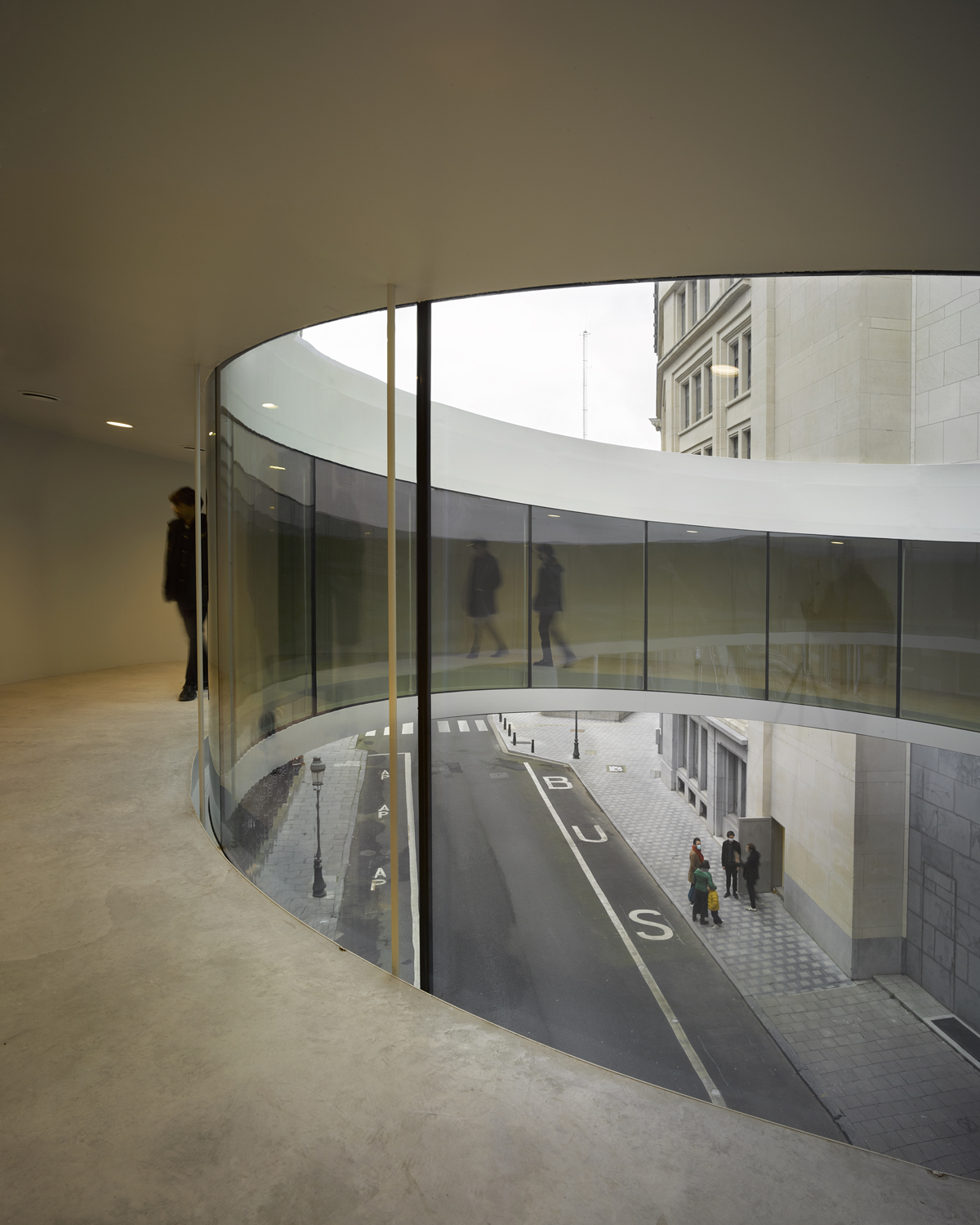 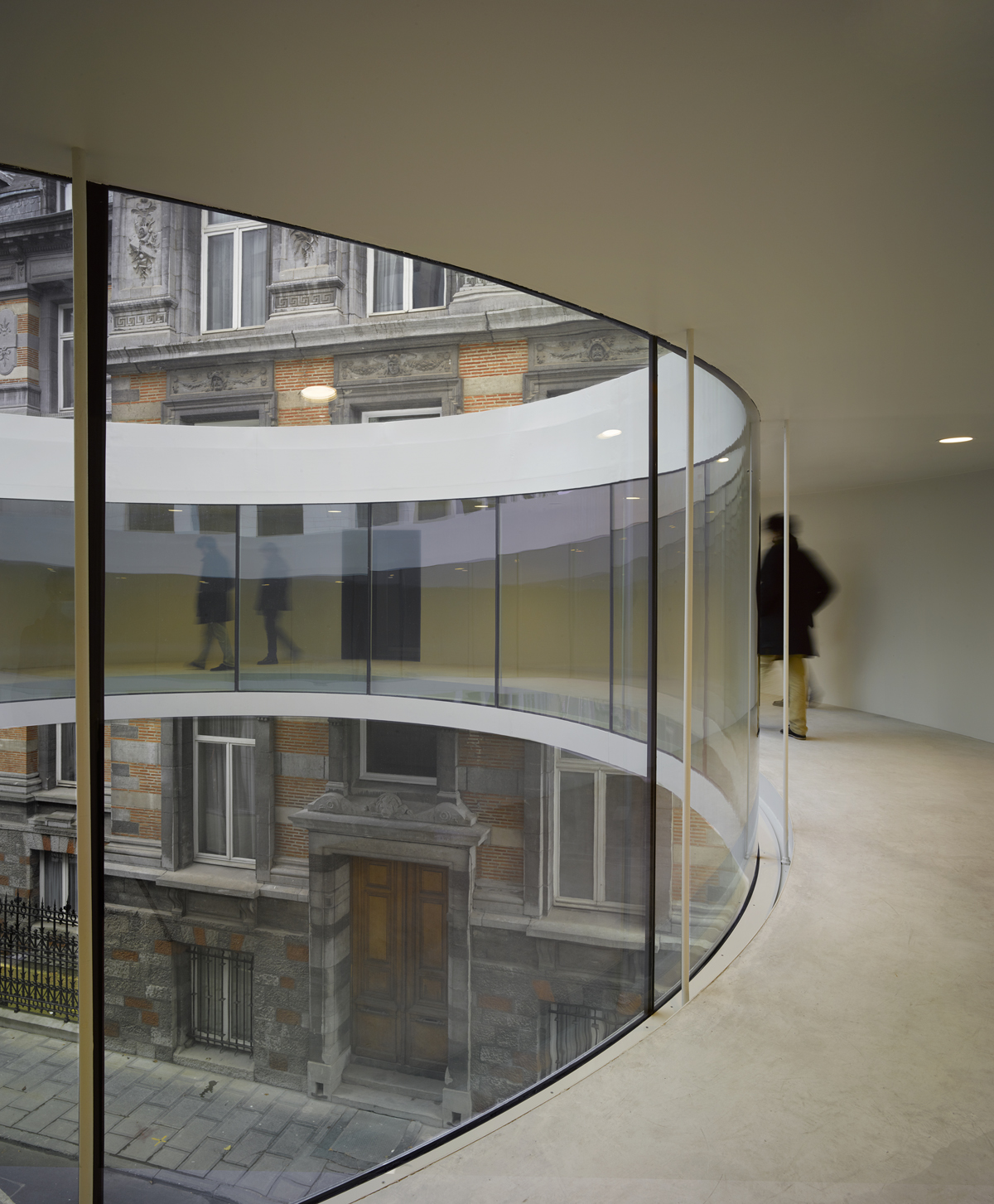 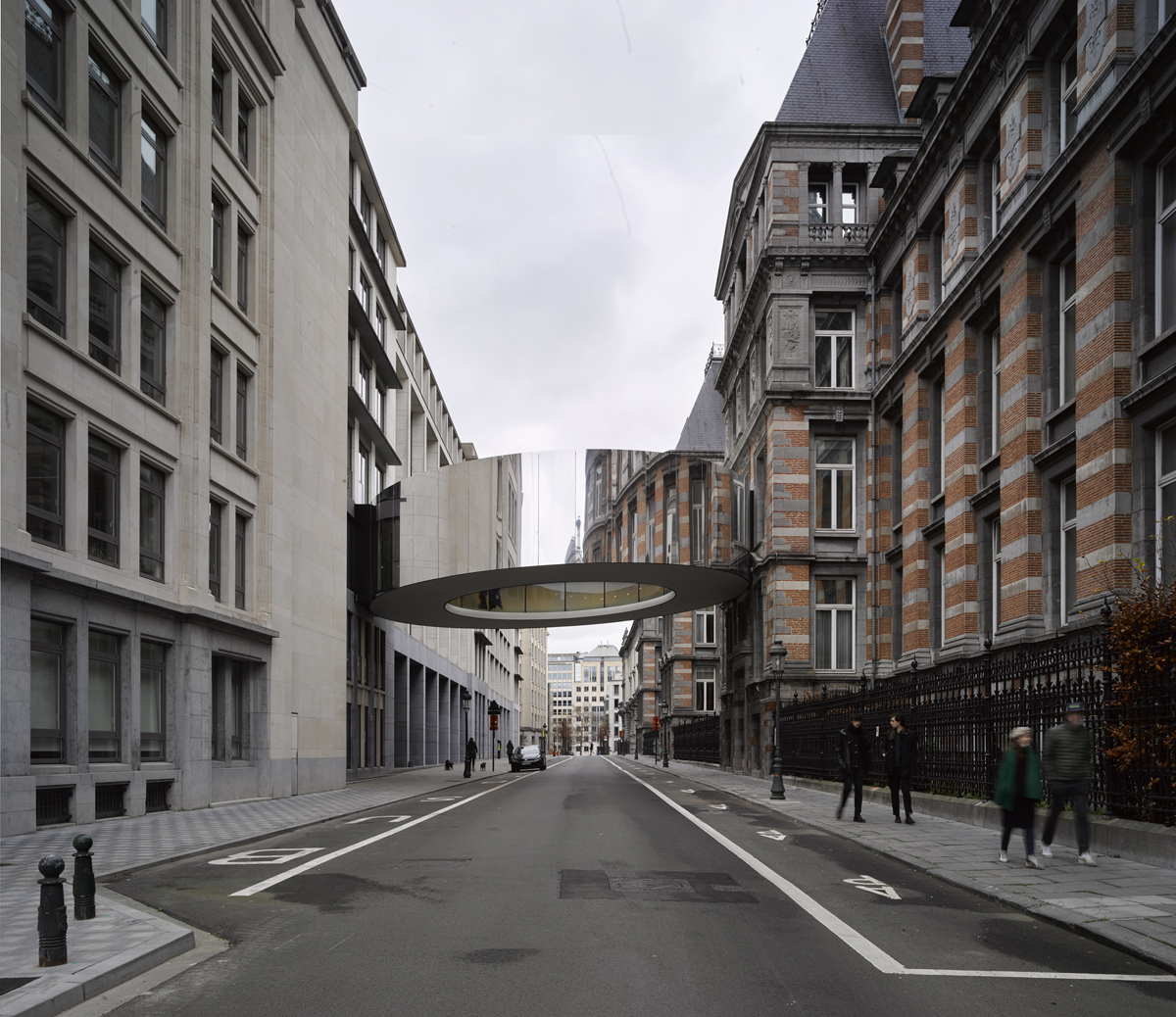 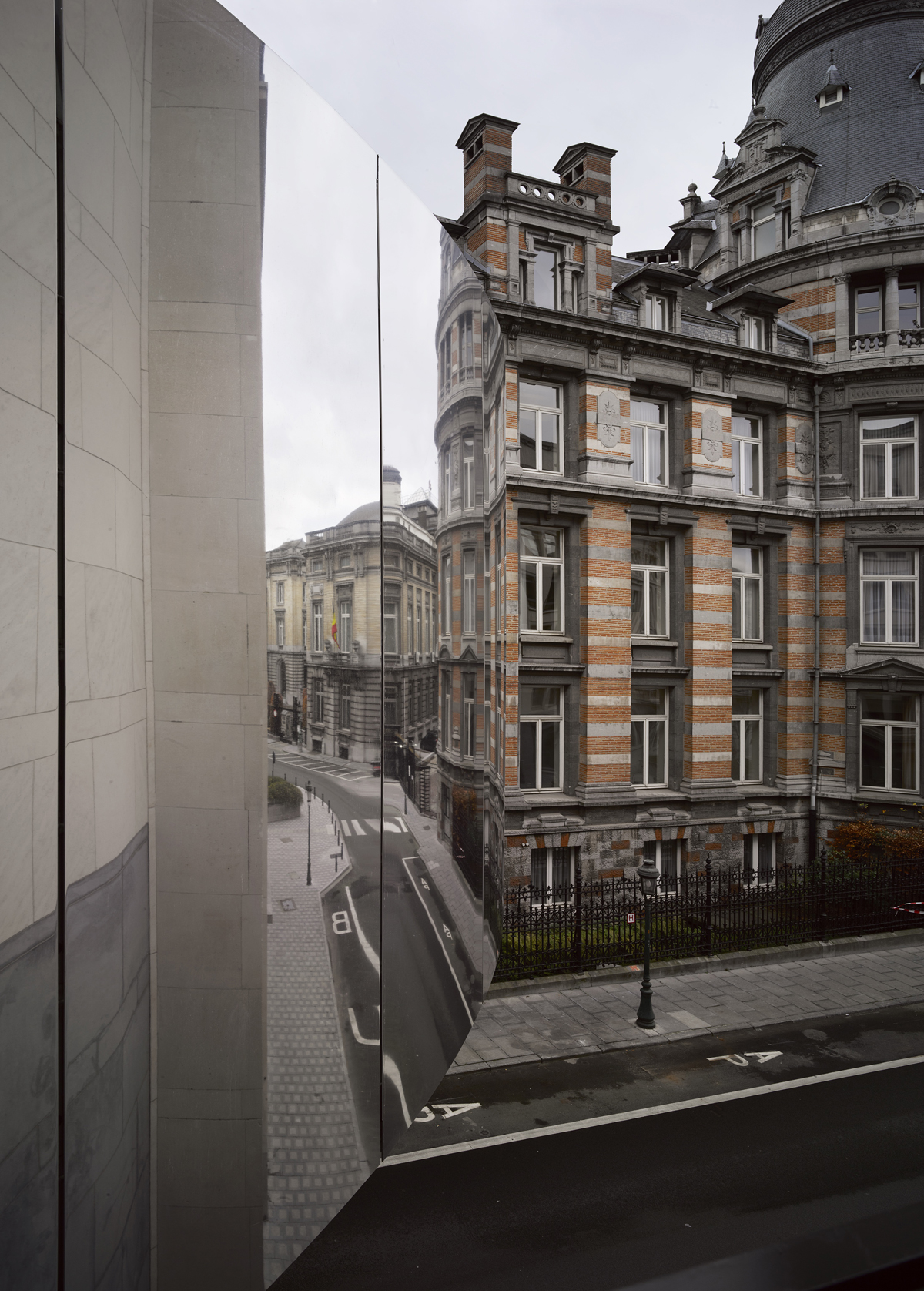 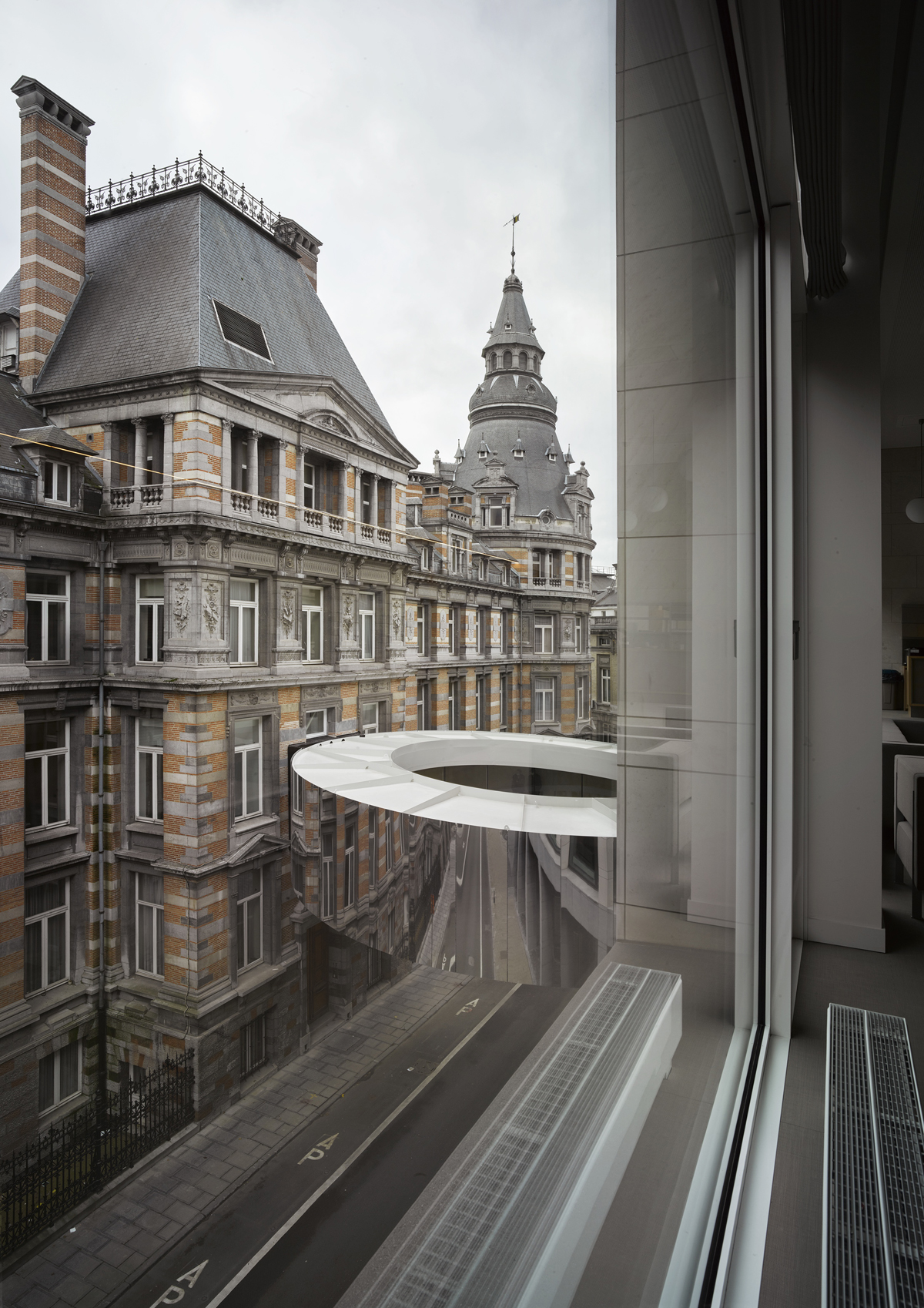 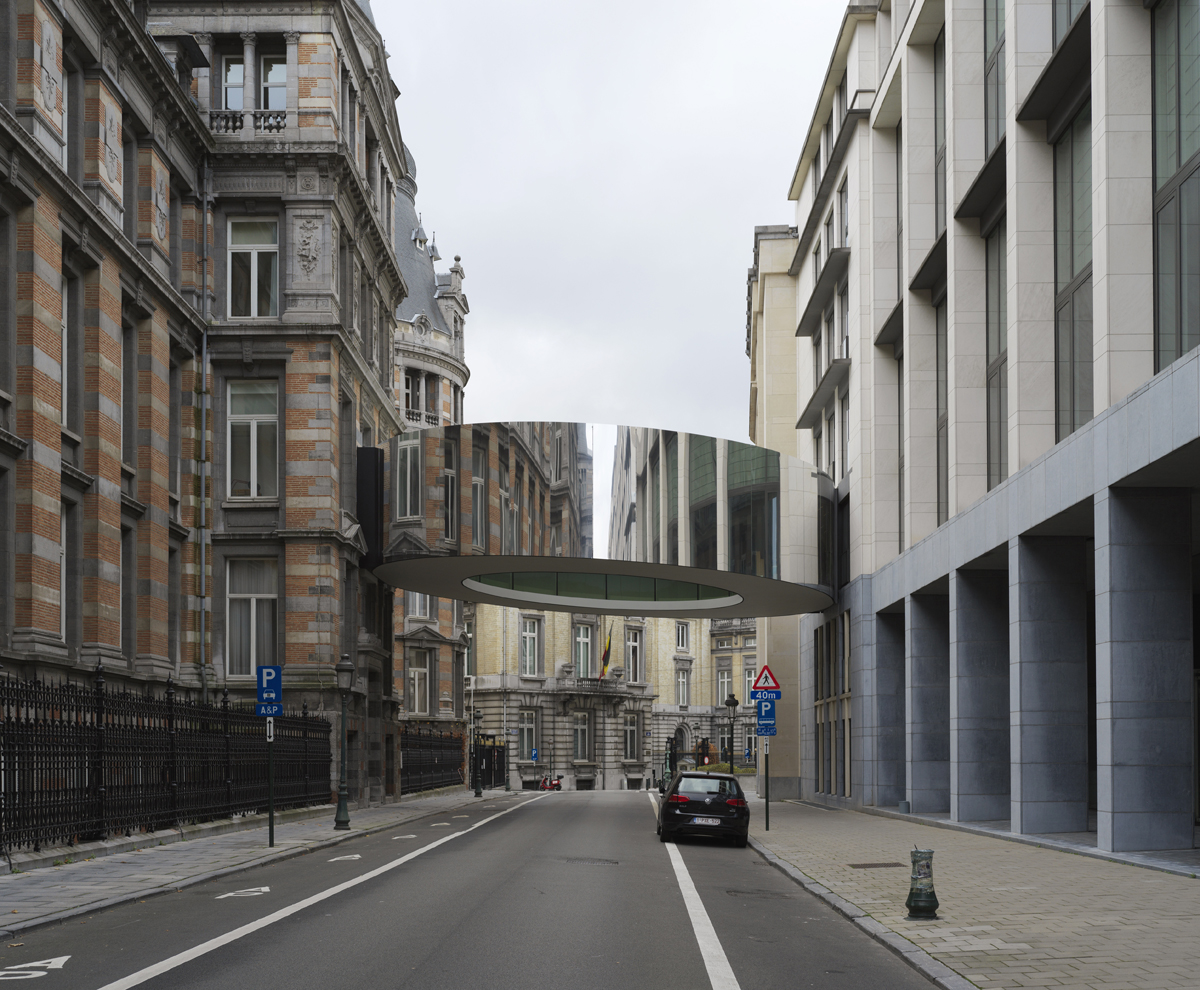 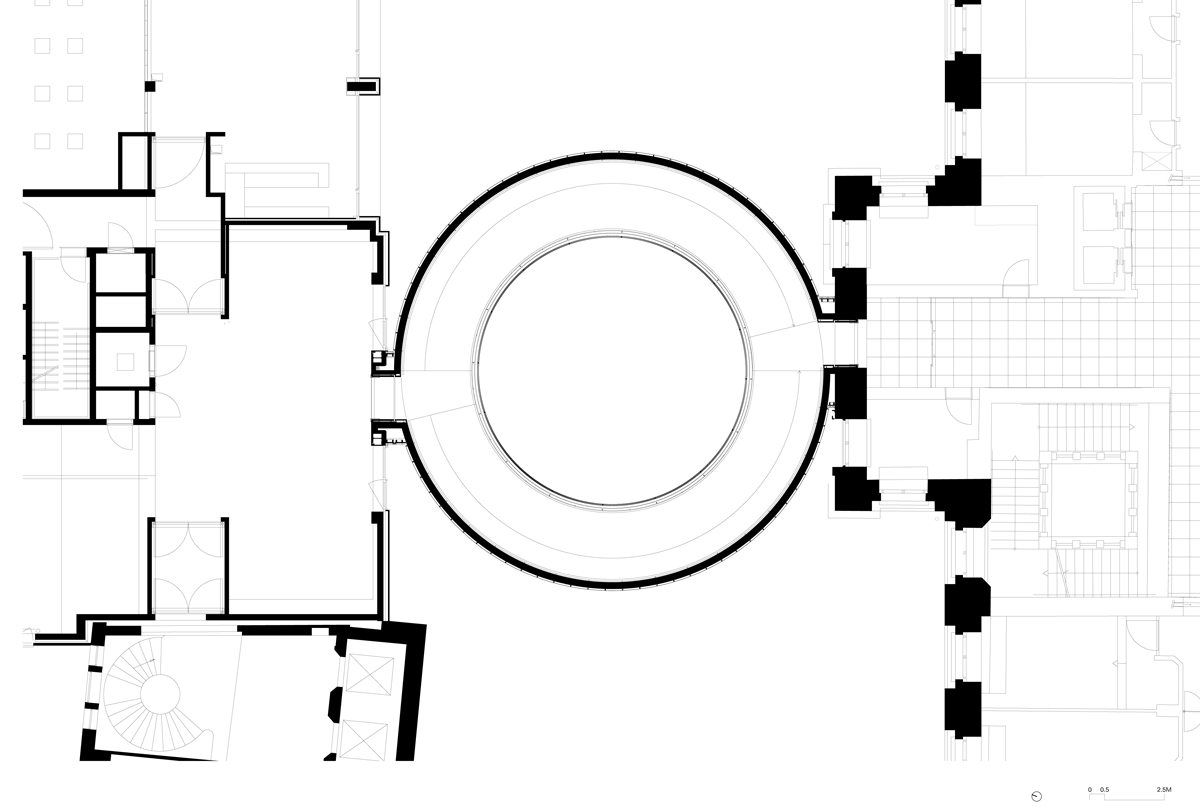 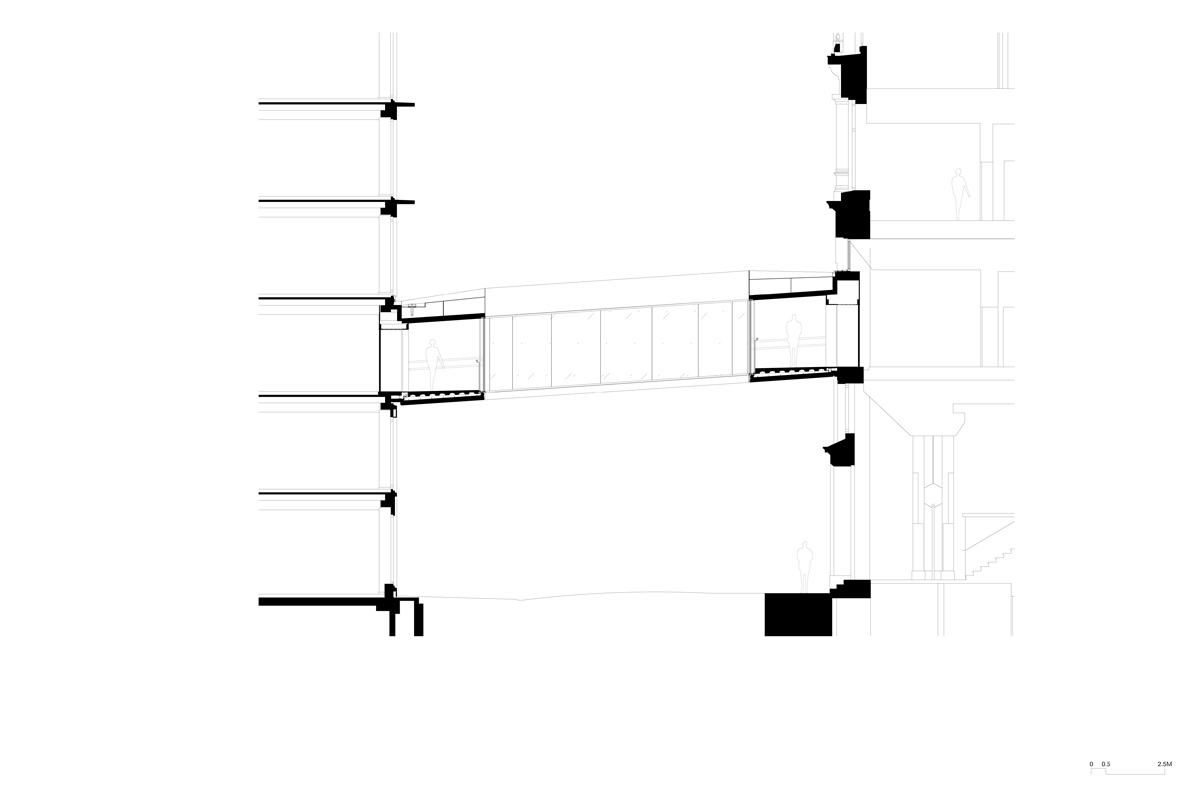 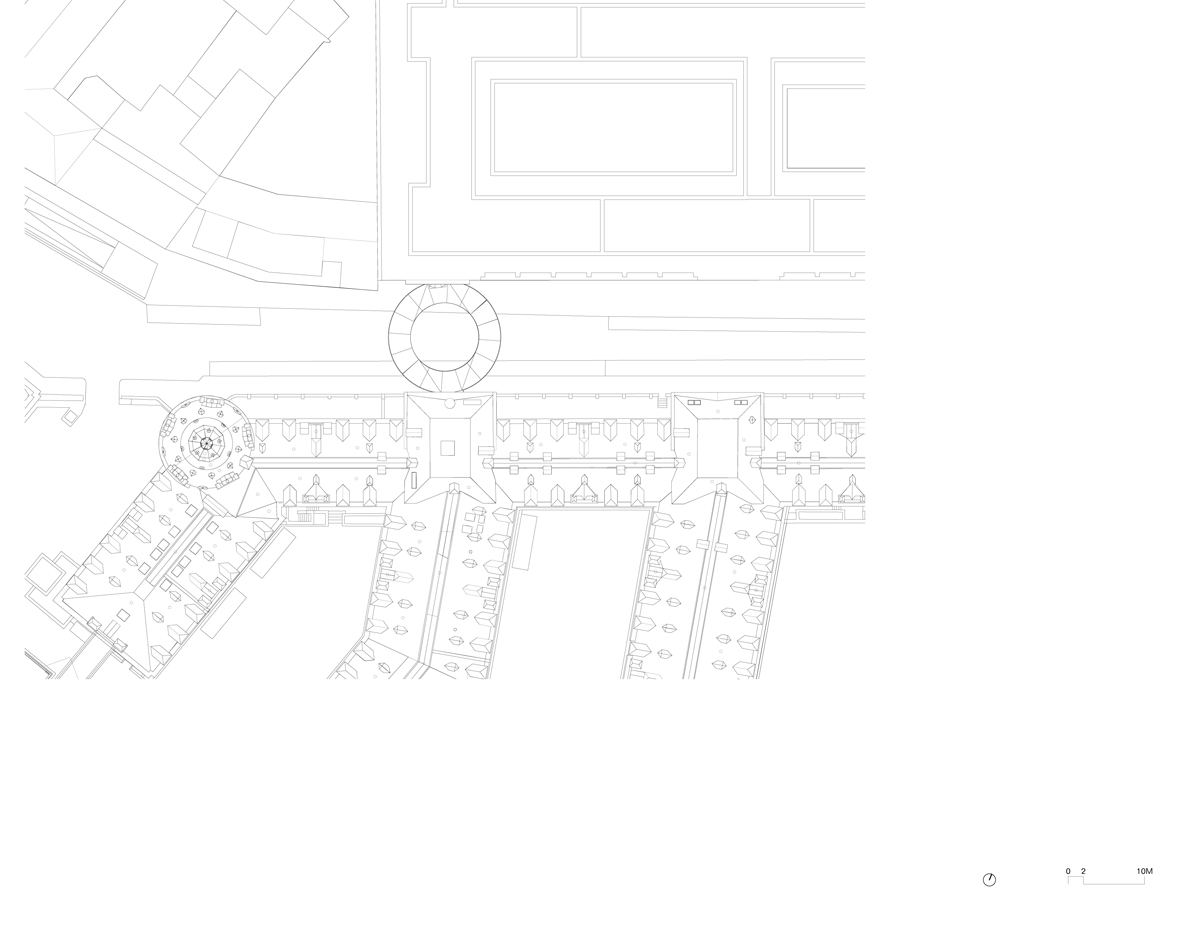