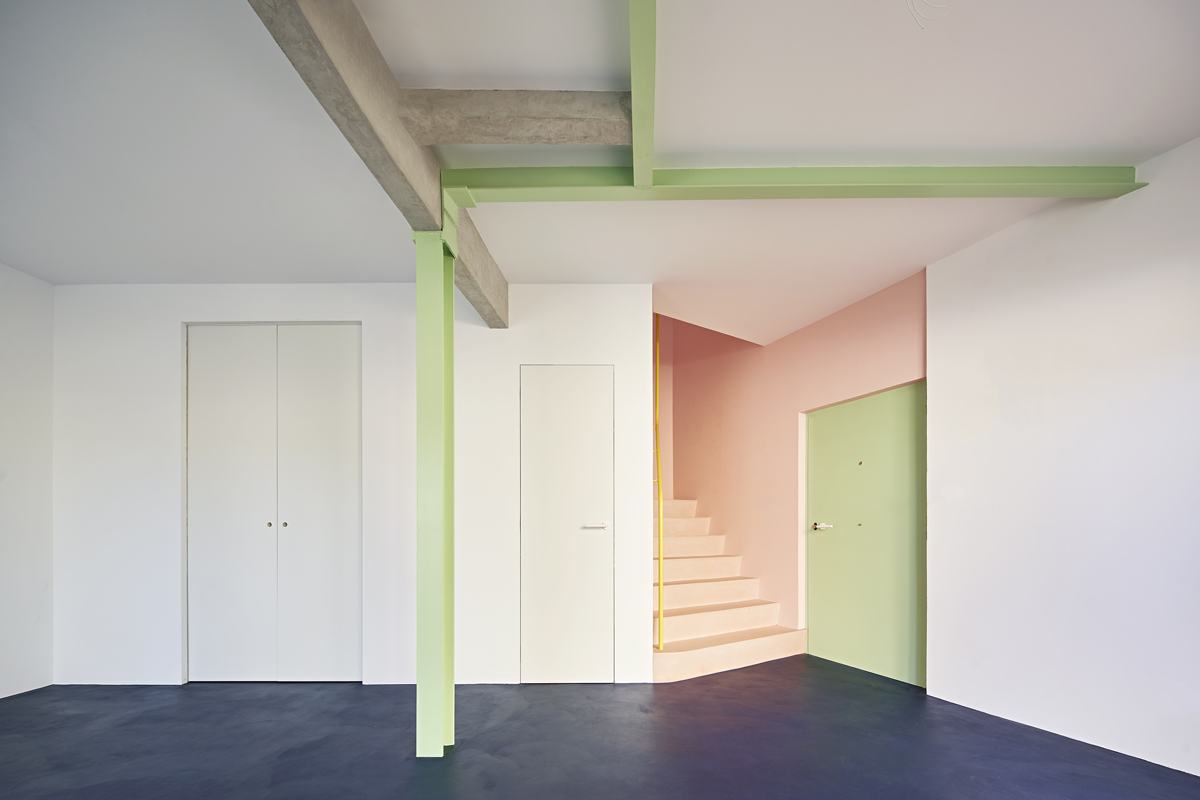 The historic Tercio y Terol quarter was designed by Rita Fernández Queimadelos and constructed during the 1940s in the Carabanchel area of Madrid. Originally a Francoist social housing project for families of limited means, it is now protected as part of Madrid’s urban heritage.

Casa Witiza is one of the 640 terraced houses which comprise the project. It boasts 70m2 of usable space. Having been designed with a family of eight in mind, in its original state, it was highly compartmentalised, and included a back garden intended for growing fruit and vegetables or keeping poultry. However, as the unit currently houses only one young couple, who also frequently work from home, the space has been reconfigured to meet their needs: they like to entertain, and wanted to create an open, welcoming atmosphere. As such, they wanted the rooms to be interconnected, and for the outside area to feel like part of the house.

While respecting the external dimensions of the unit as originally designed, and maintaining the original façades, the remodelling project set out to create a more continuous space within those dimensions, introducing a natural flow from the patio to the ground floor to the floor above.

The renovation of the space can be detected in a new geometry, which incorporates curved elements, and a new distinctive colour scheme for each floor. On the ground floor, the partitions have been removed to create a unified living area, and the steel column which forms the centrepiece of this area has been left exposed. On the first floor, a centrepiece is provided by the support structure for the three-sloped roof. Independent of this feature, there is a curved partition which separates the bedroom and studio.

The ‘visual noise’ of the space has been significantly reduced by getting rid of the skirting boards, using hidden doorframes, and limiting the number of different materials on view. The house now provides an unobtrusive canvas for all the artworks, collectors’ items, and other little artefacts which make the place a home. 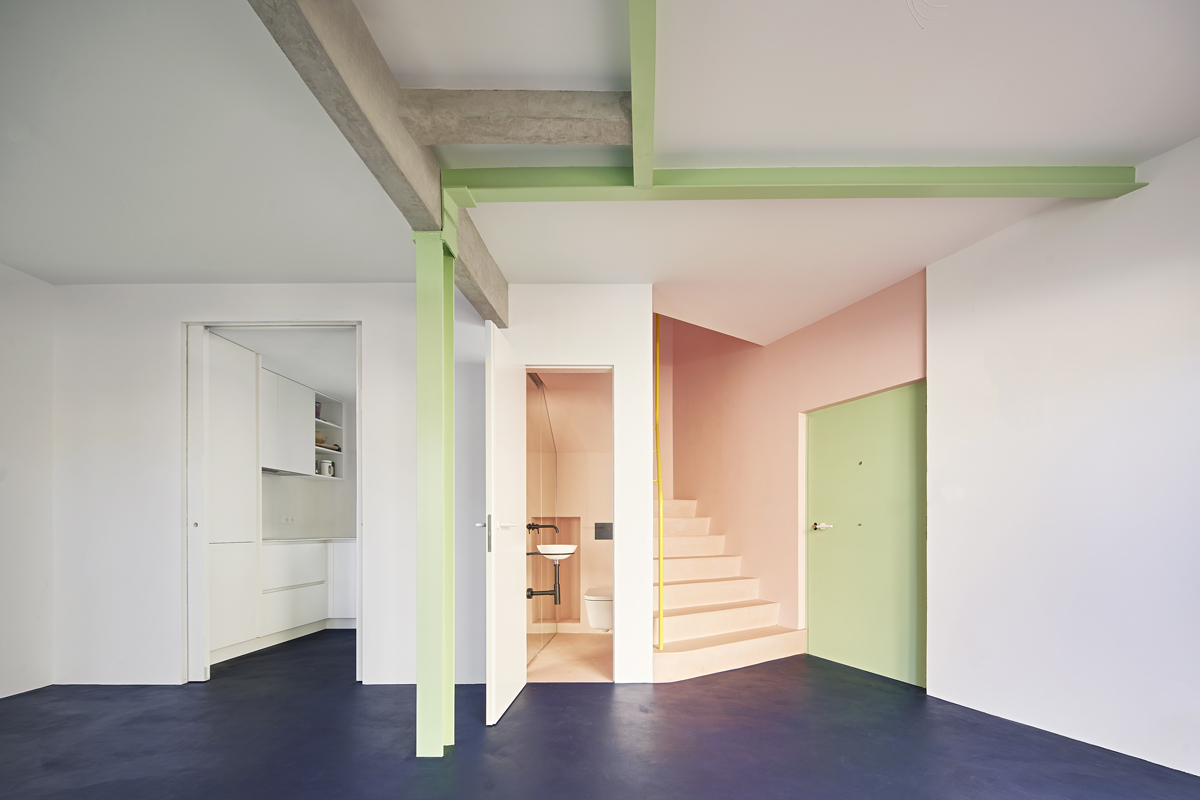 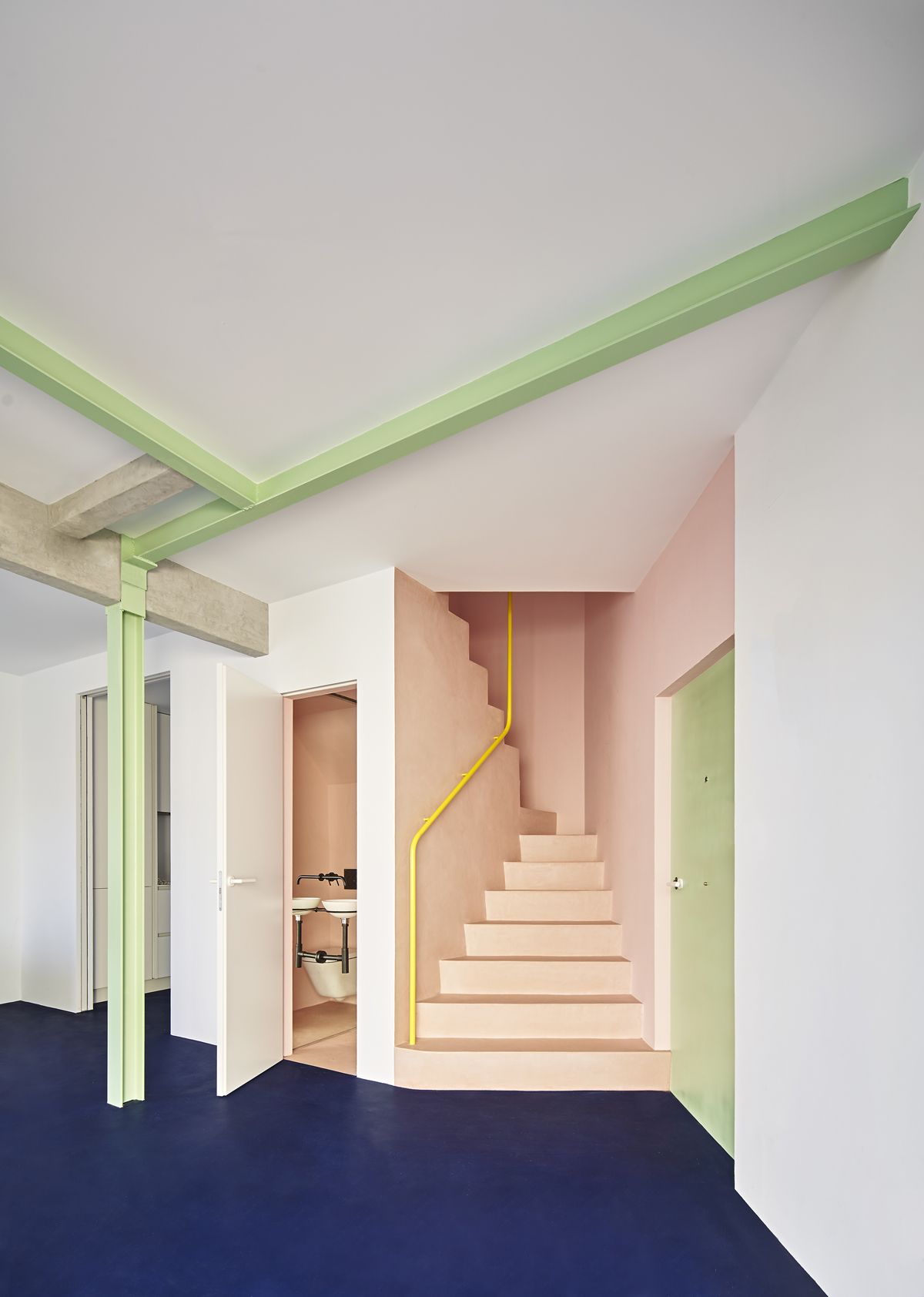 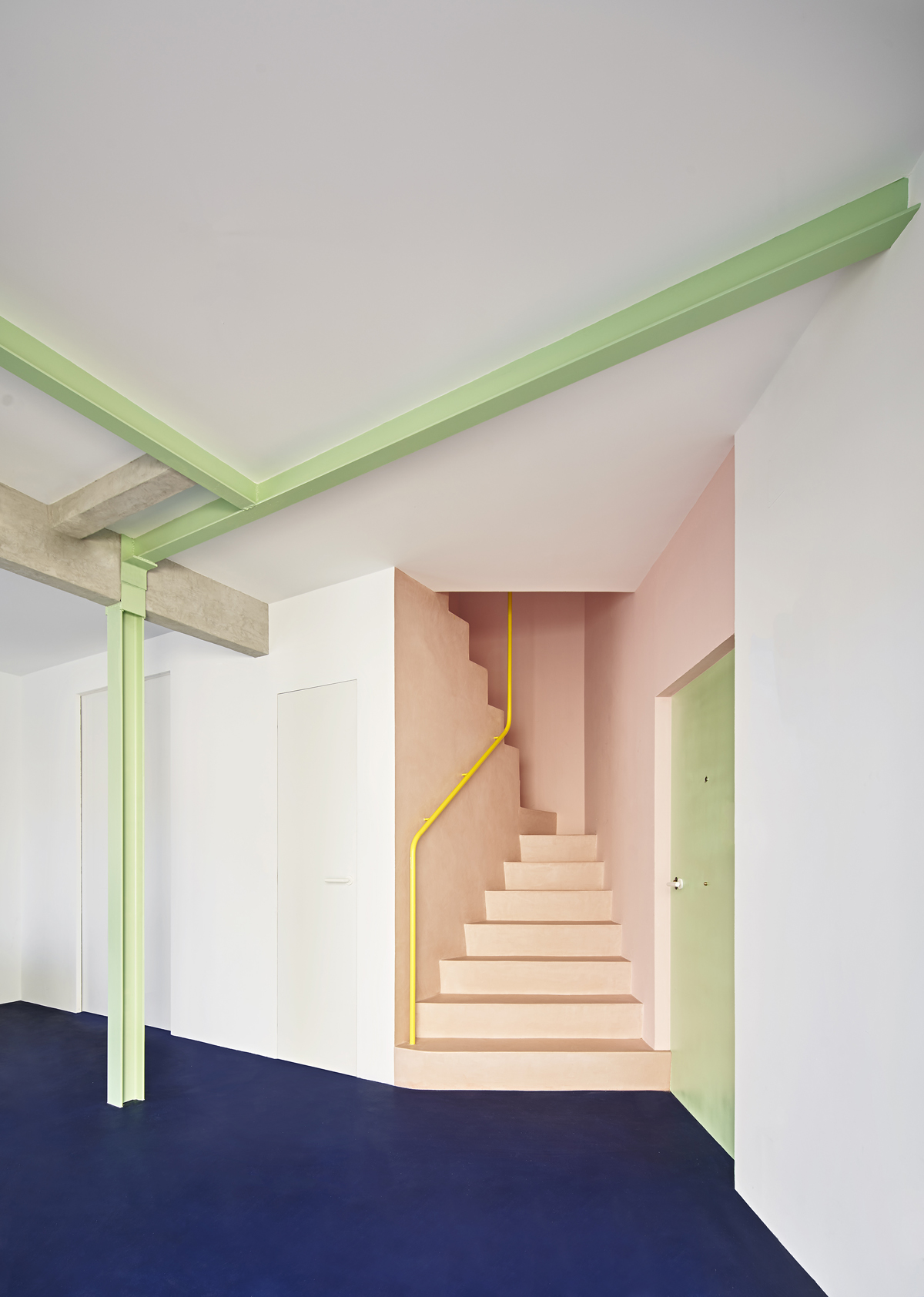 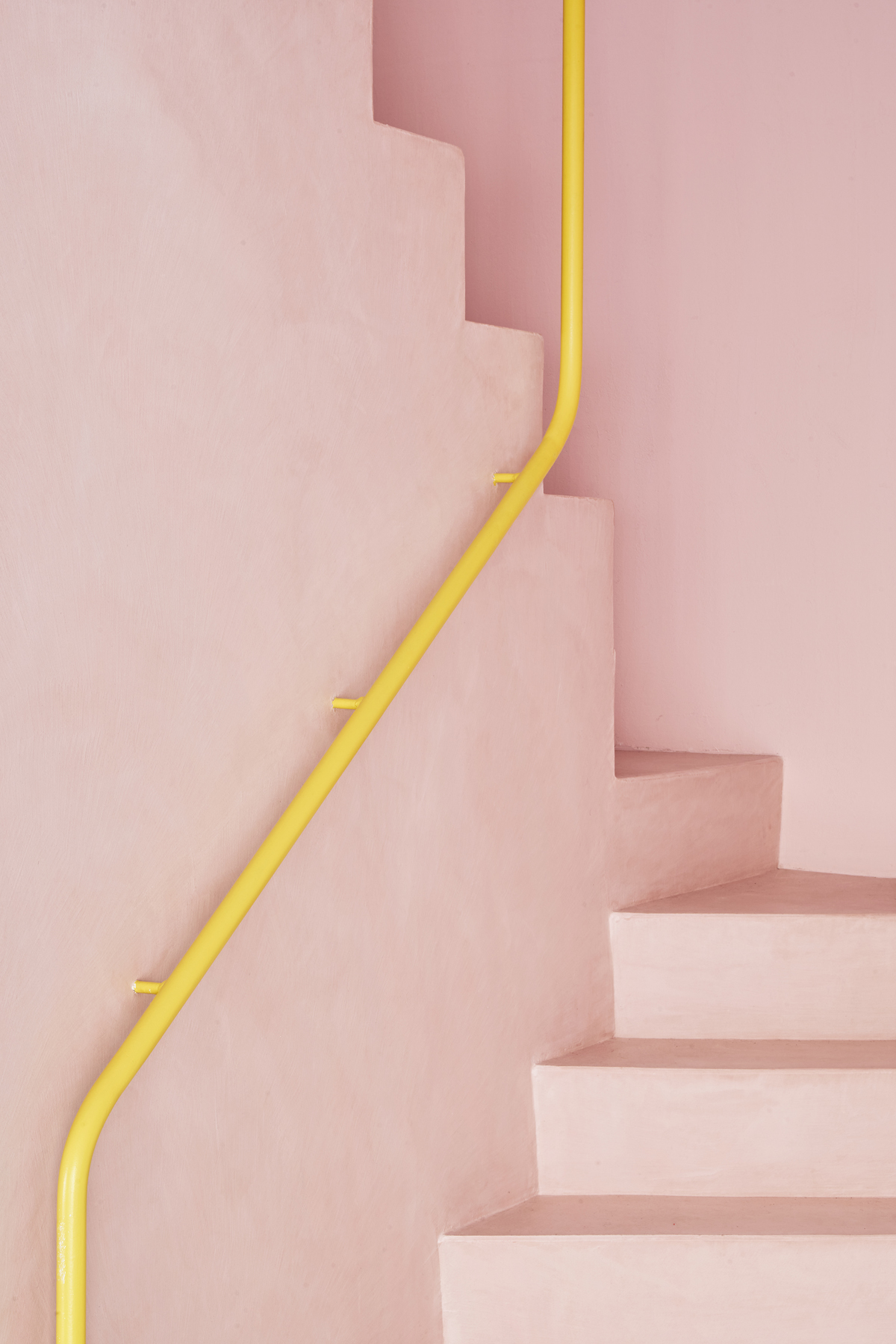 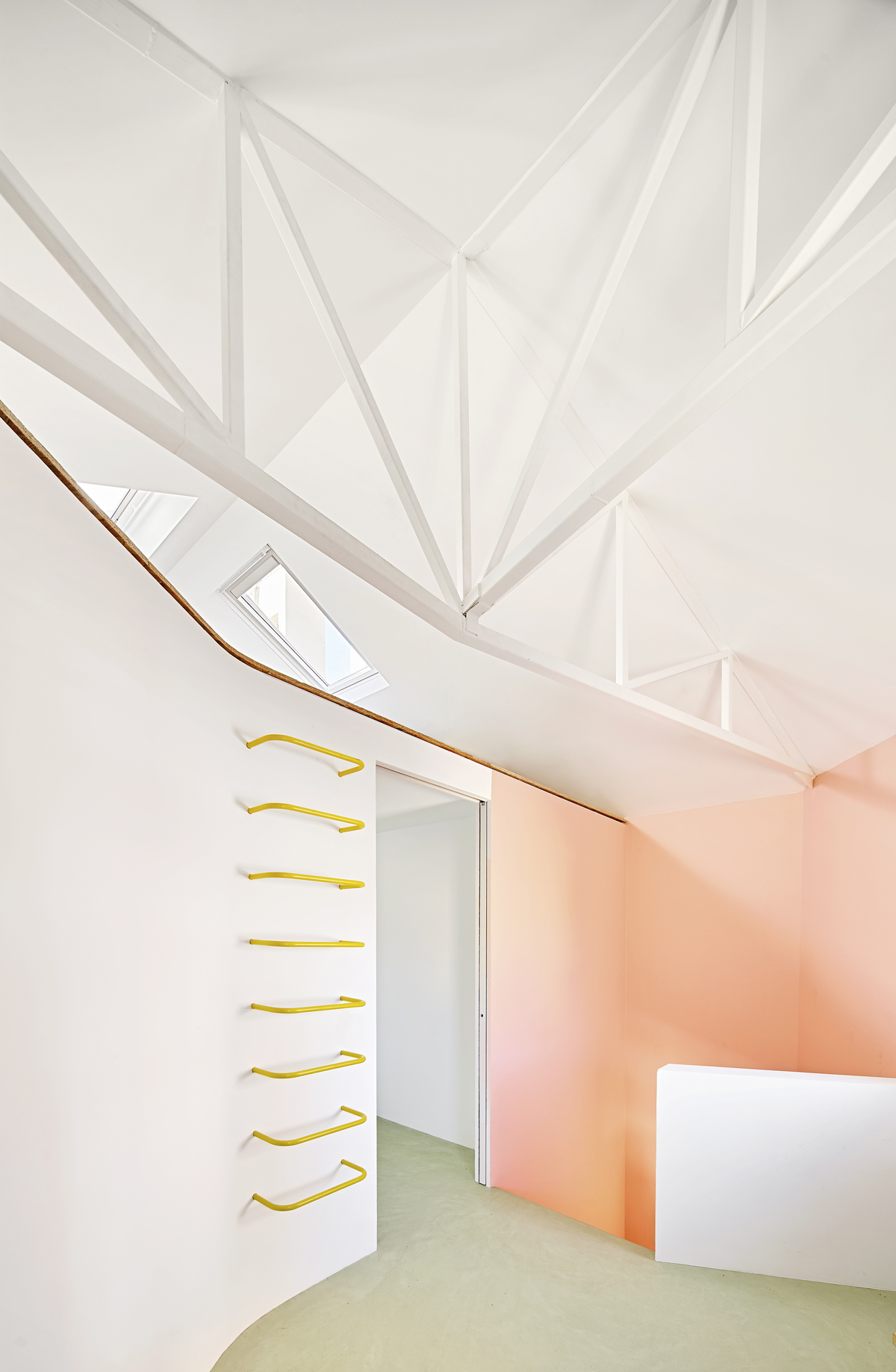 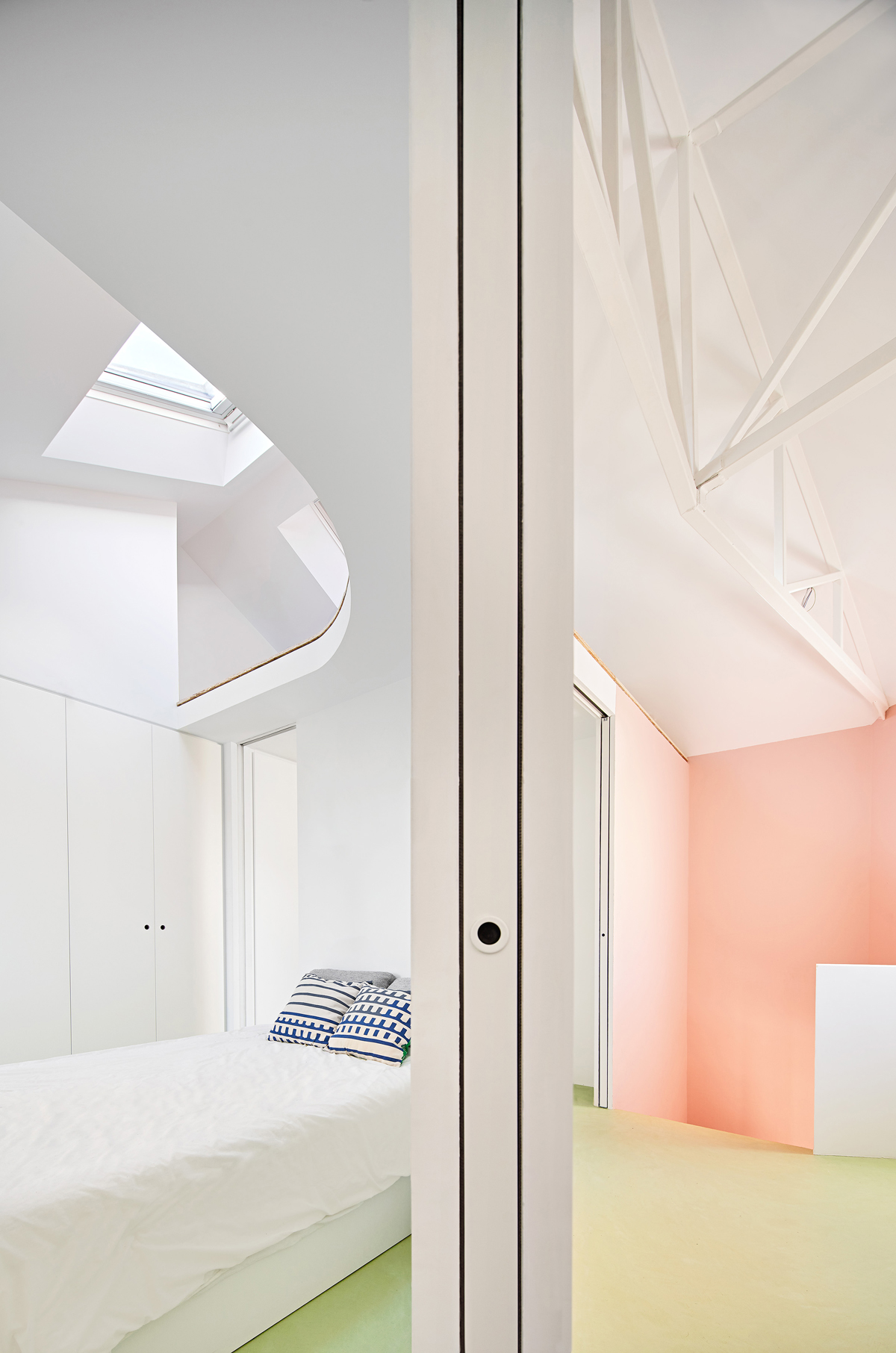 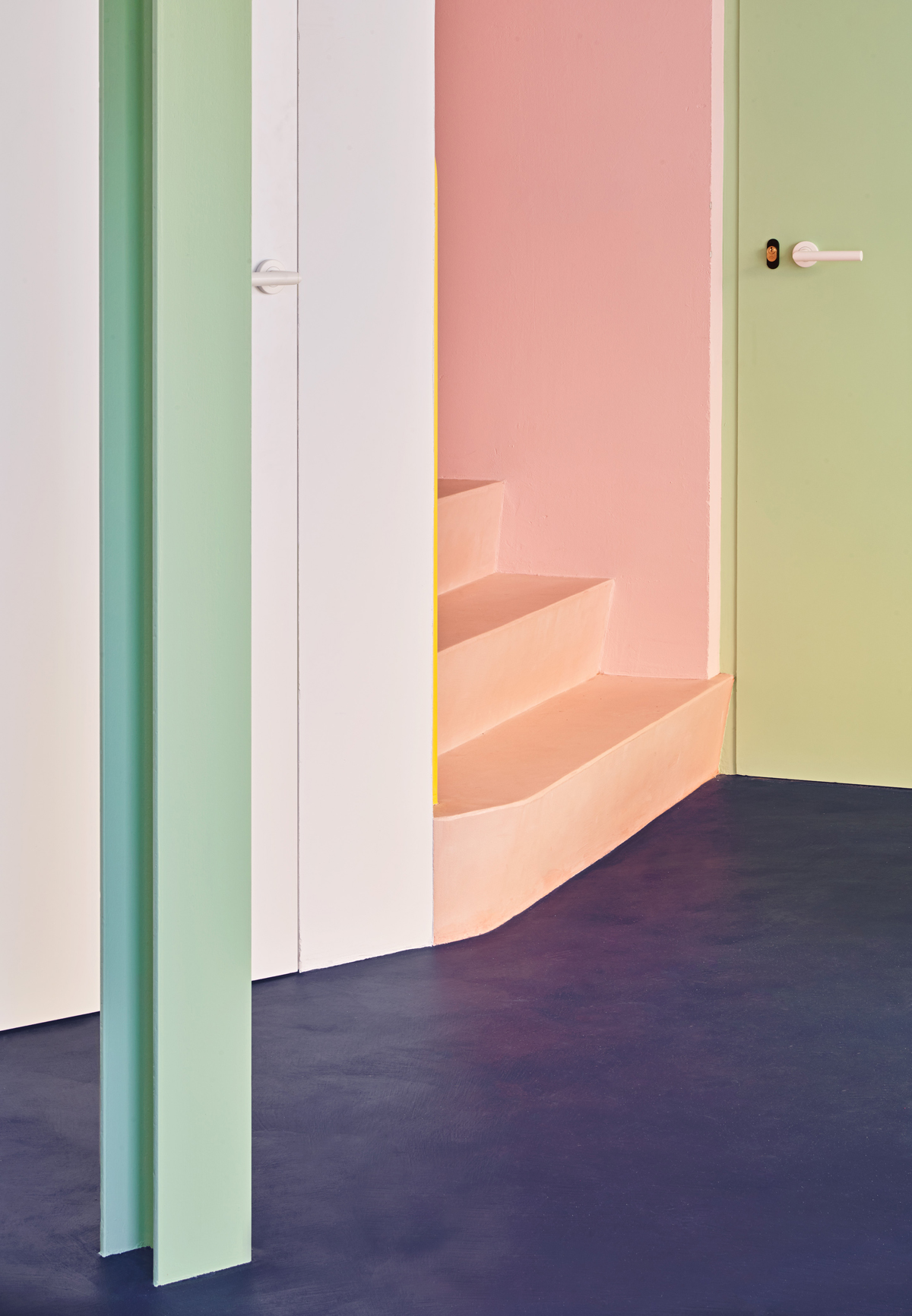 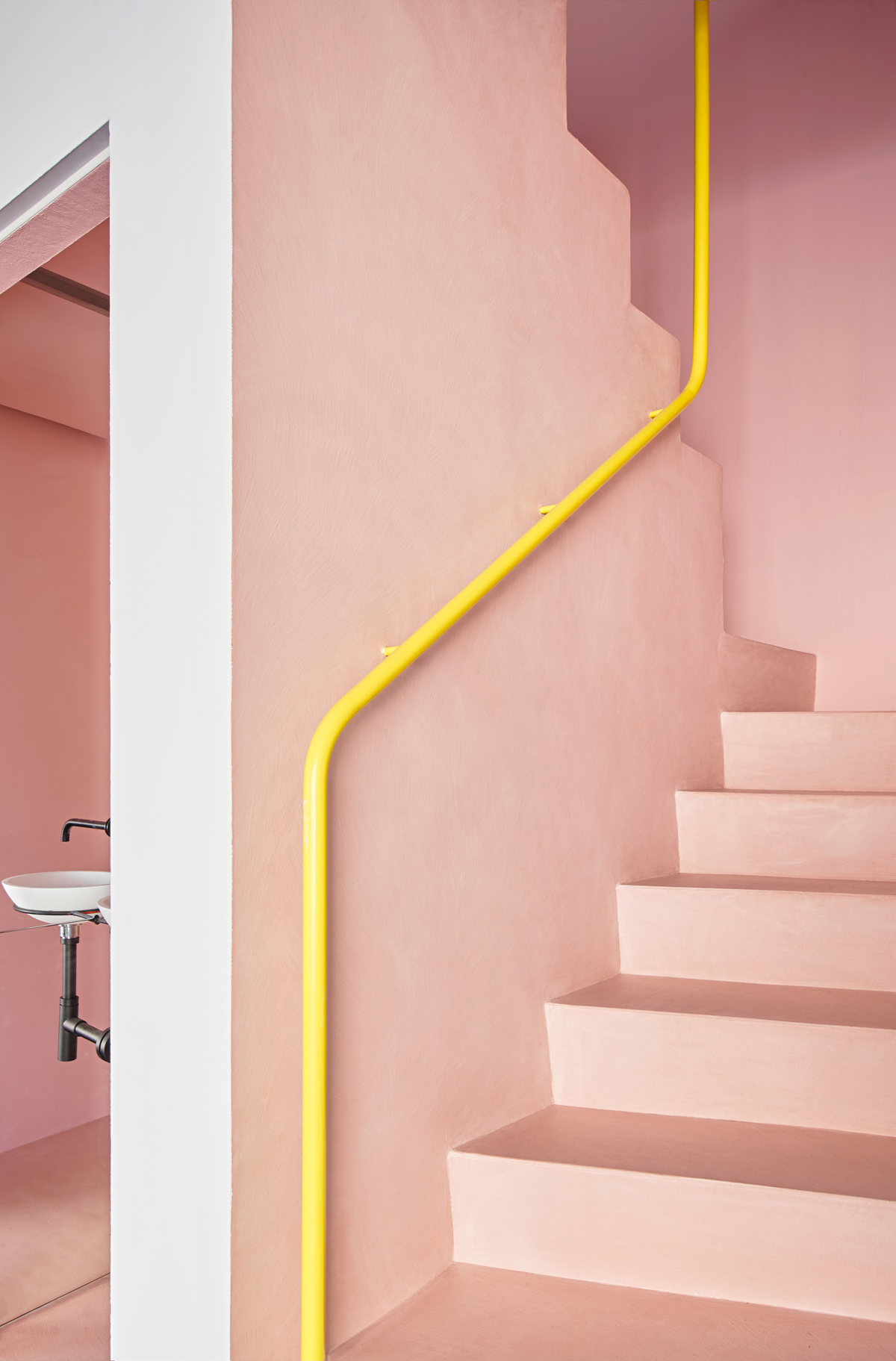 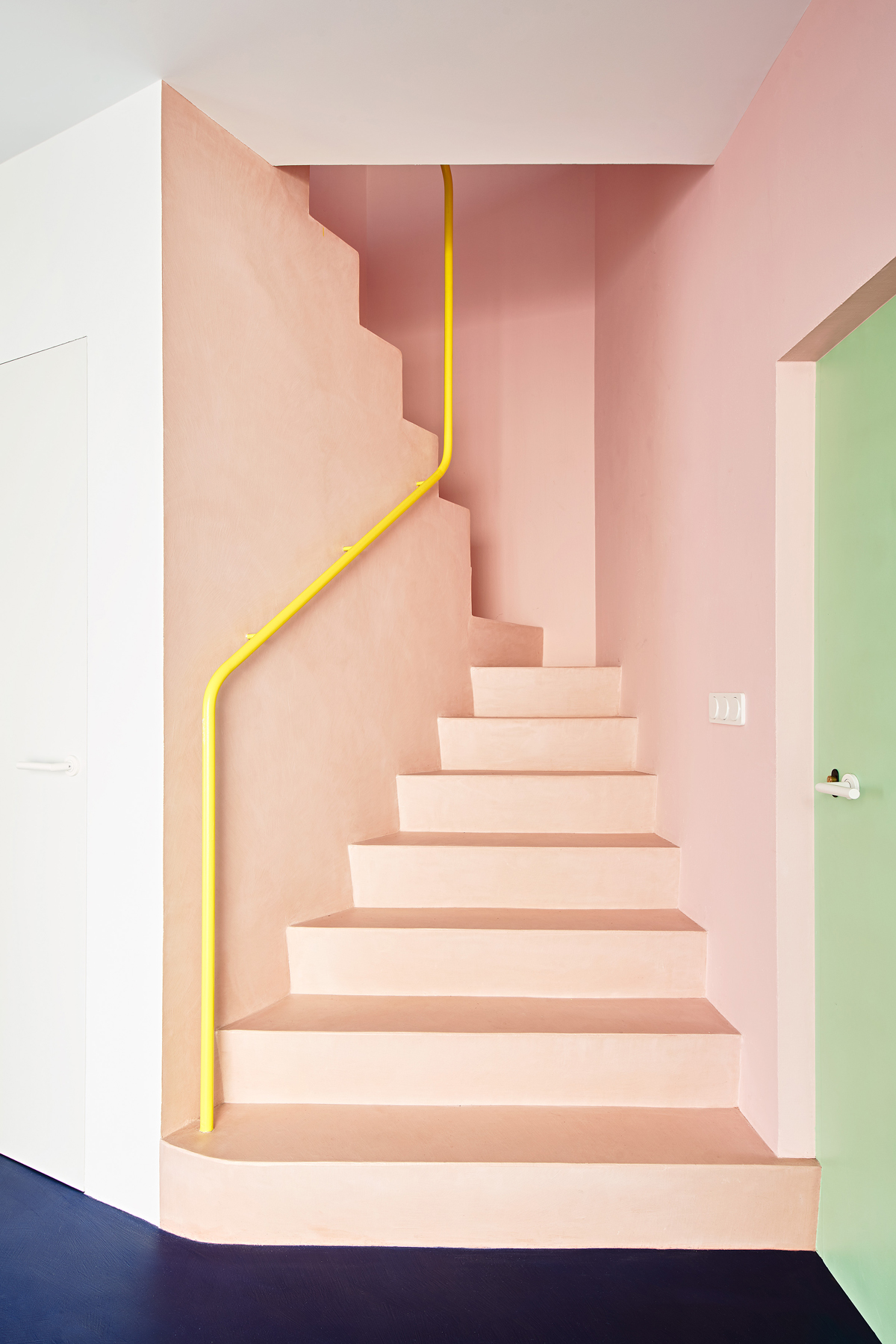 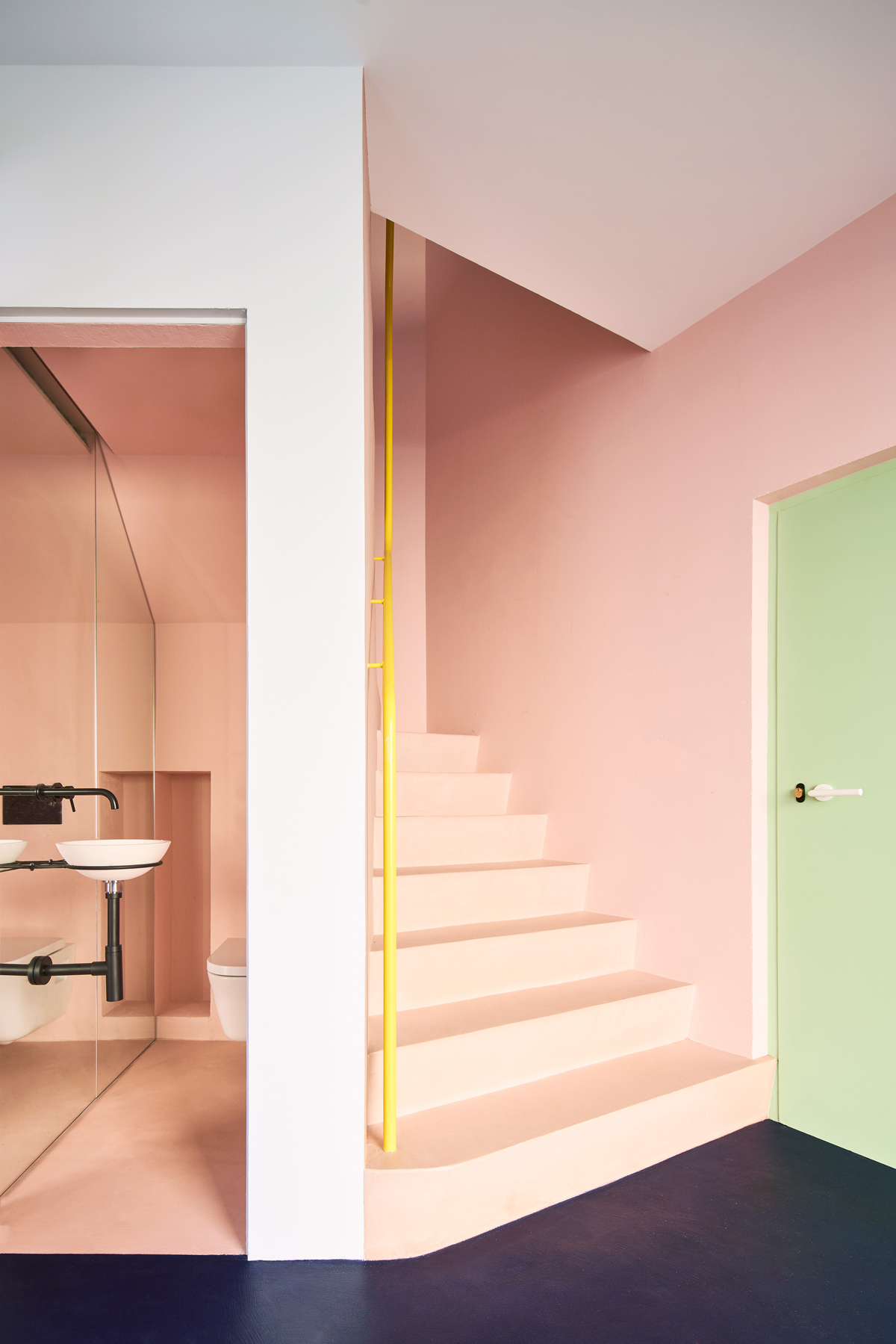 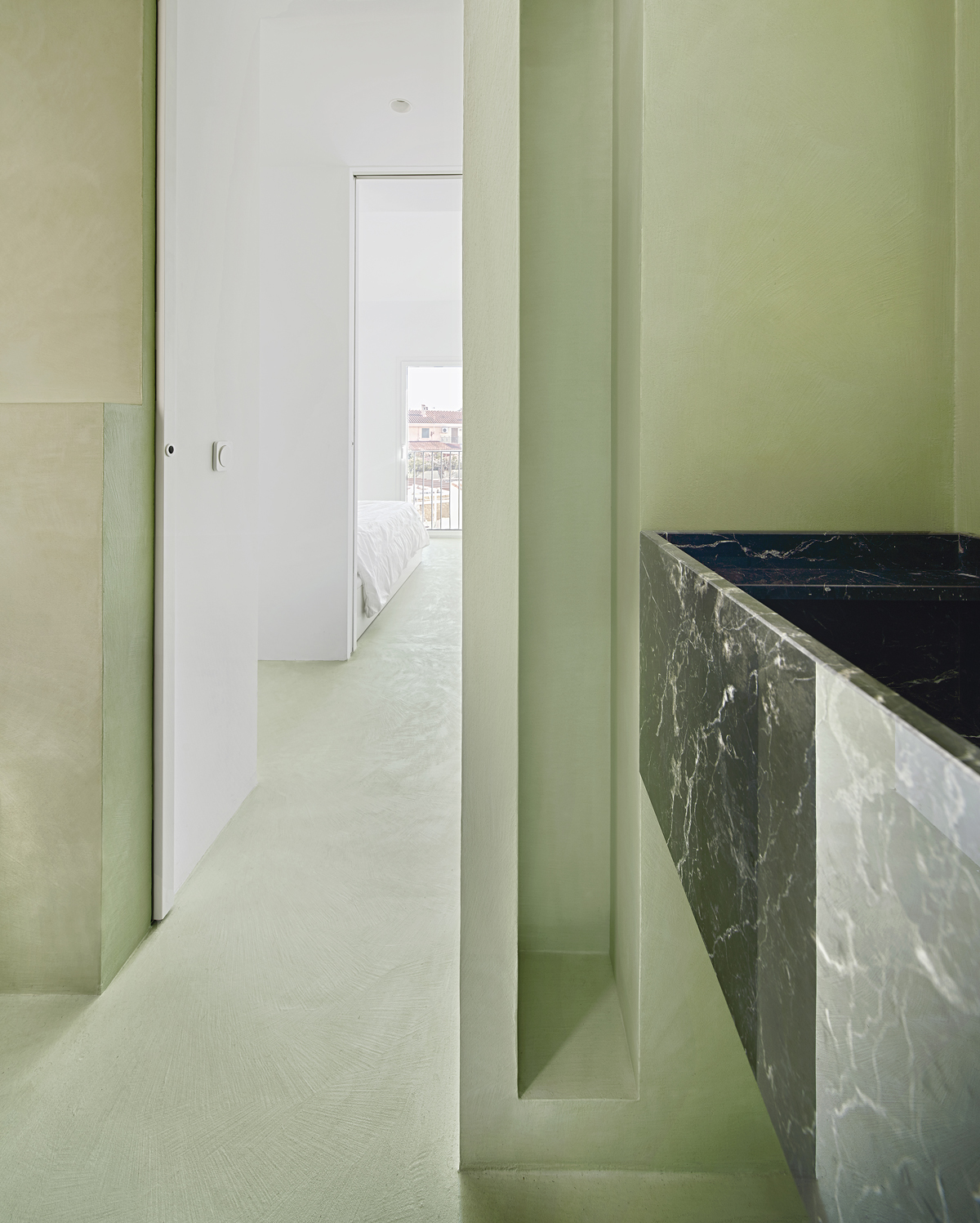 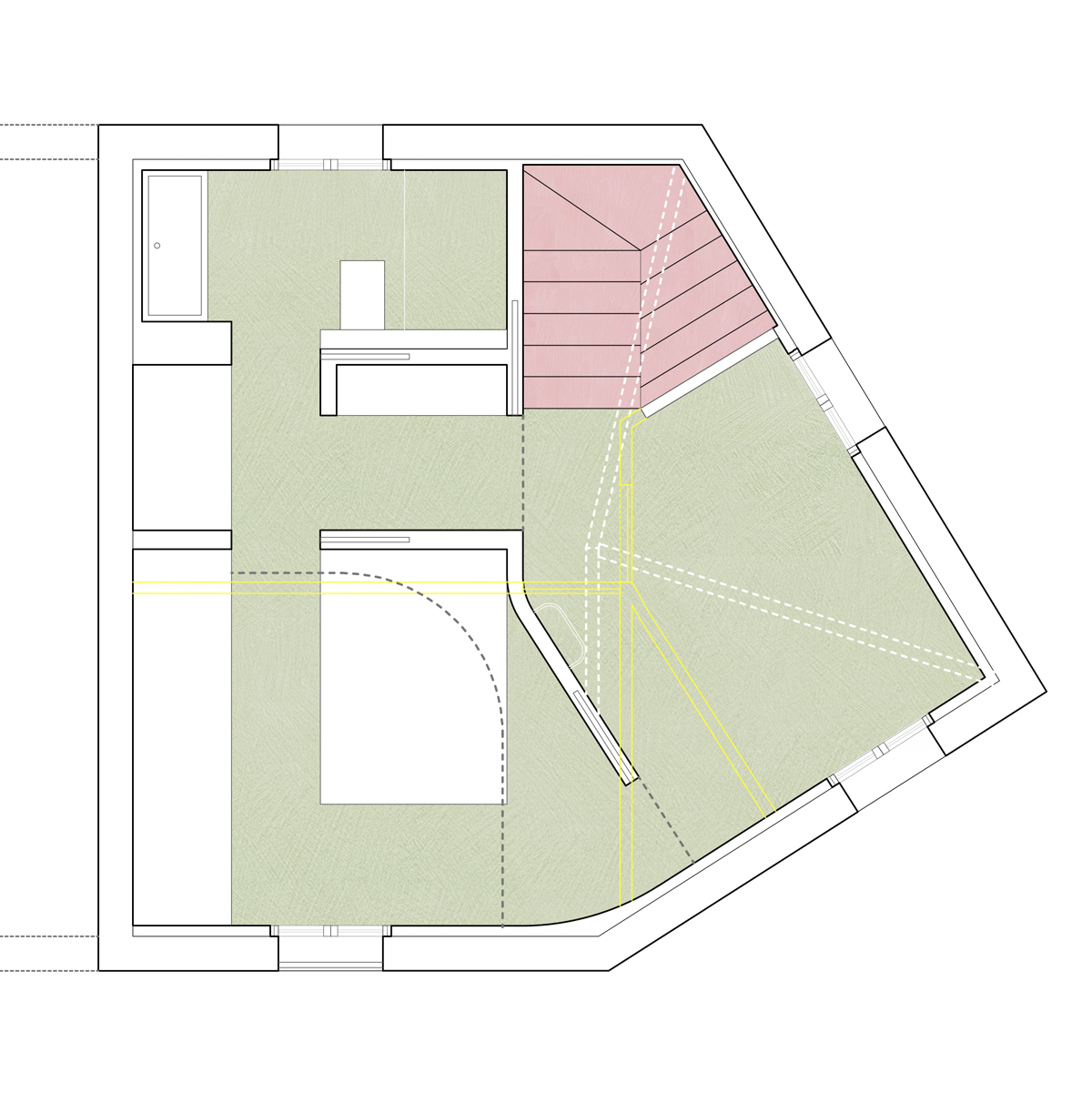 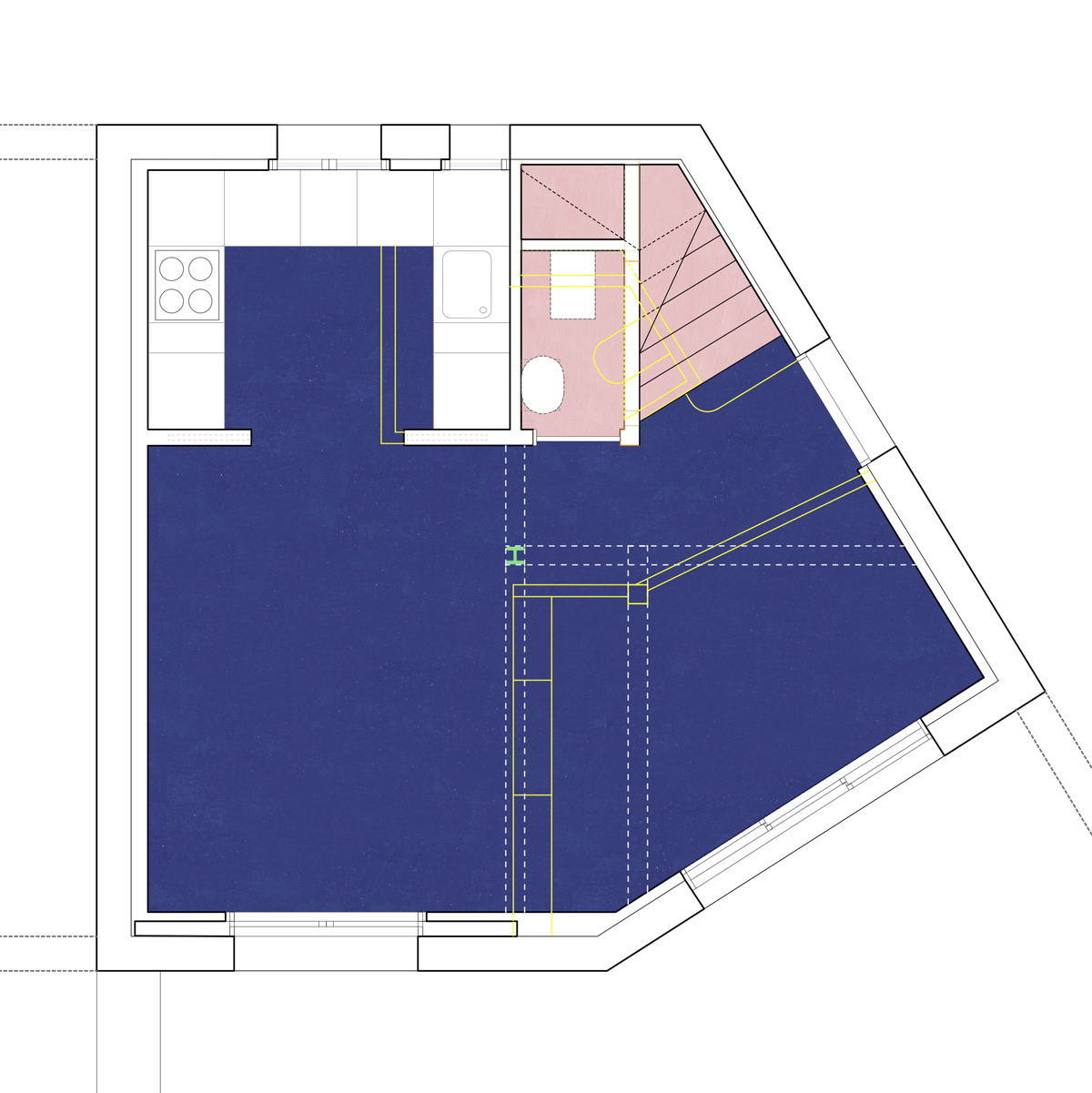 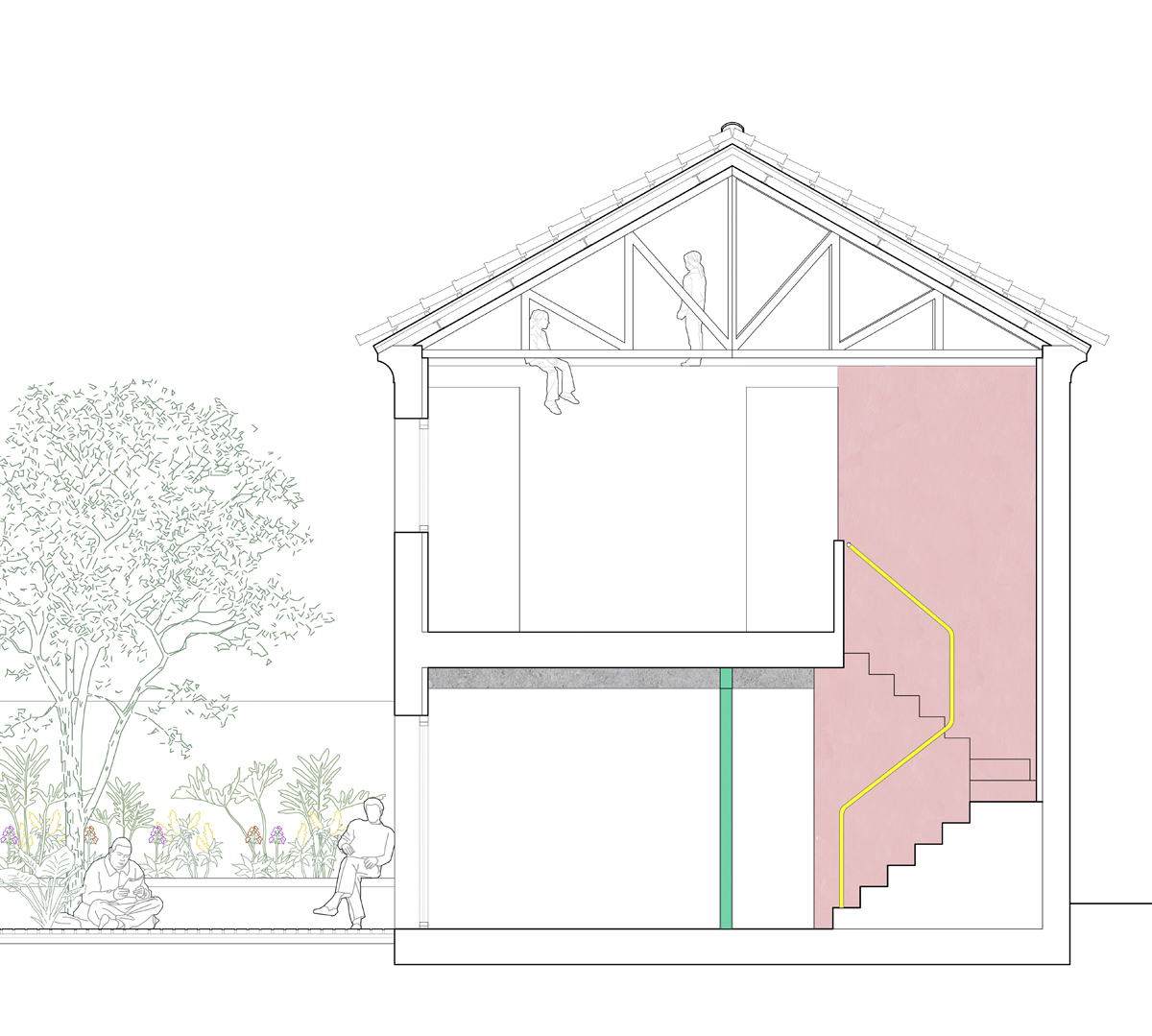