The distinguished and welcoming new building of the Amsterdam courthouse has begun operation, replacing the old complex on Parnassusweg in Amsterdam. The first sessions take place here on Monday the 3rd of May. This scintillating and functional building in the Zuidas area was designed and built by the consortium NACH (New Amsterdam Court House) at the behest of the Central Government Real Estate Agency. The Amsterdam courthouse, with 50 different courtrooms, more than 1000 staff including 200 judges, and 140,000 verdicts per year, is by far the largest of the 11 courthouses in the Netherlands.

NACH is a consortium involving Macquarie Capital, ABT, DVP, KAAN Architecten, Heijmans and Facilicom. The government and NACH entered into a Public-Private Partnership (PPP) for this courthouse. The PPP oversaw the funding and construction of the building, and leads a 30-year commitment to maintenance and property management – or support services for the courthouse – to be undertaken by Heijmans and Facilicom. This consists of an ambitious variety of services: the in-house restaurant, which has healthy living as its core value; the facilities management, which keeps track of the available work spaces – in real-time on a daily basis – from study rooms to meetings rooms; the building’s cleaning needs, which are monitored digitally to directly follow use.

The architectural design by KAAN Architecten, one of the initiators of the consortium, was founded on the principle that in a state governed by the rule of law, jurisprudence is a public affair woven into the fabric of everyday life. The 50-metre-high building is open and unpretentious in nature. Large windows in the lower half of the building allow views from the street into the interior. The spaciously designed foyers around the courtrooms provide room for visitors (800 to 1000 per day), robed lawyers with their clients, reporters, defendants, and others. There is always a view of the city from the building itself. The central hall with escalators alongside an enclosed garden and floors of courtrooms opens into a sea of space and light.

The new courthouse is an expression of comfortable functional architecture. The building’s plan is well thought out. It has assembled and stacked the spaces that need to operate together, and separated those that need to remain separate – such as the routes judges, detainees, and visitors take through the building. Close collaboration between architects, consultants for construction, building physics, installations and security (including fire safety), contractors and suppliers has produced a practical and environmentally friendly building, virtually energy neutral and future-proof by way of its extreme flexibility. Staff and visitors are treated to an inspiring, comfortable, and safe environment made with solid materials that will age beautifully.

Where the building and city merge, the entrance is furnished with a south-facing square the size of half a football pitch. This square in fact takes up a quarter of the courthouse site, features the same light grey paving as indoors, and has the same benches. The elegant canopy over the entrance stretches an equal distance into the indoor space, uniting the two. The square is public space, of course, and makes a gesture to the city. A low-rising ramp minimizes any sense of obstruction between the city, the square, and the courthouse, even though the structure is slightly raised for security (against collisions). One side of the square has been planted with trees that blossom, giving not only staff and courthouse visitors a place to relax, but everyone in the area at any time of day.

Next to the square’s reflective pool is a big and intriguing work of art by artist Nicole Eisenman, entitled ‘Love or Generosity’. Exceeding 5 metres in height, the figure wears hiking boots and symbolizes the act of gatekeeping. The figure is dressed in contemporary casual clothing and bends forward with symbols in its hand that represent wisdom, strength, patience, progress, and courage. A small owl, an arrow, and an acorn which stand for the resilience of society seem to have just been picked up from the square. 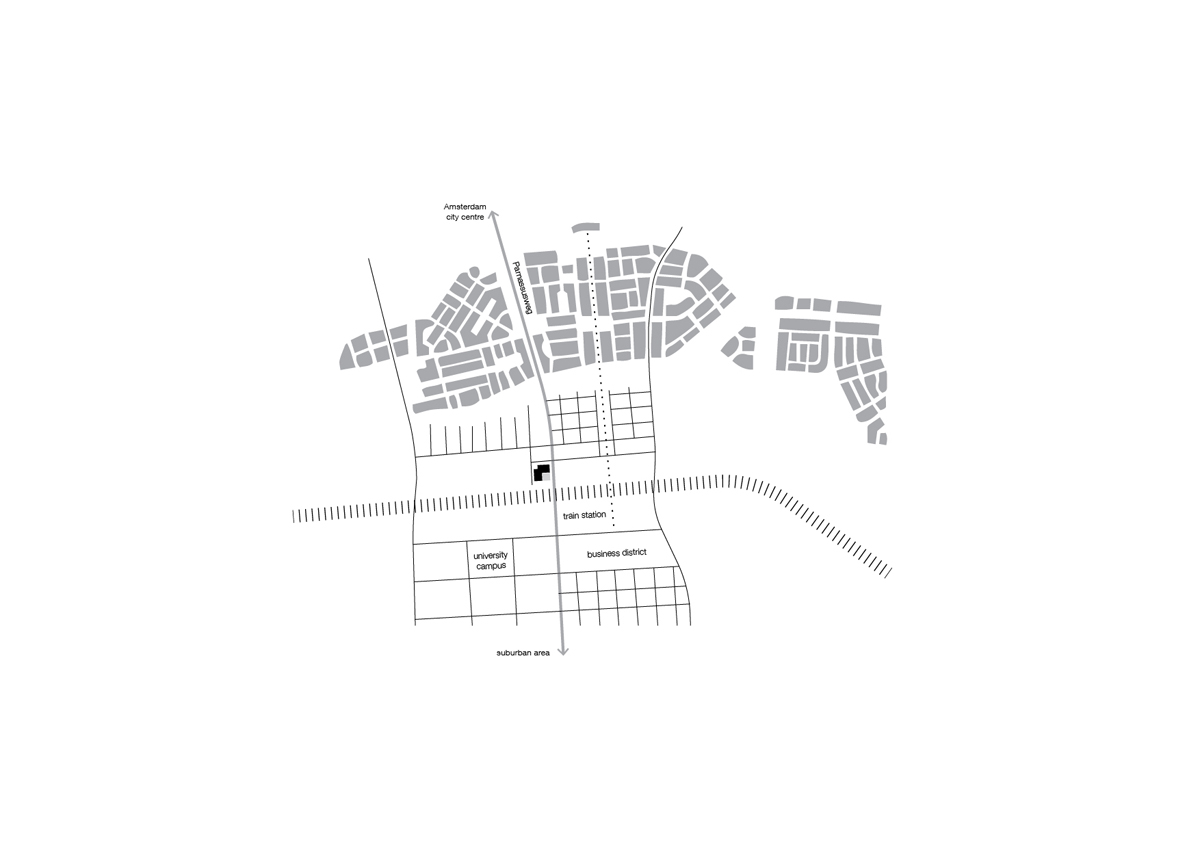 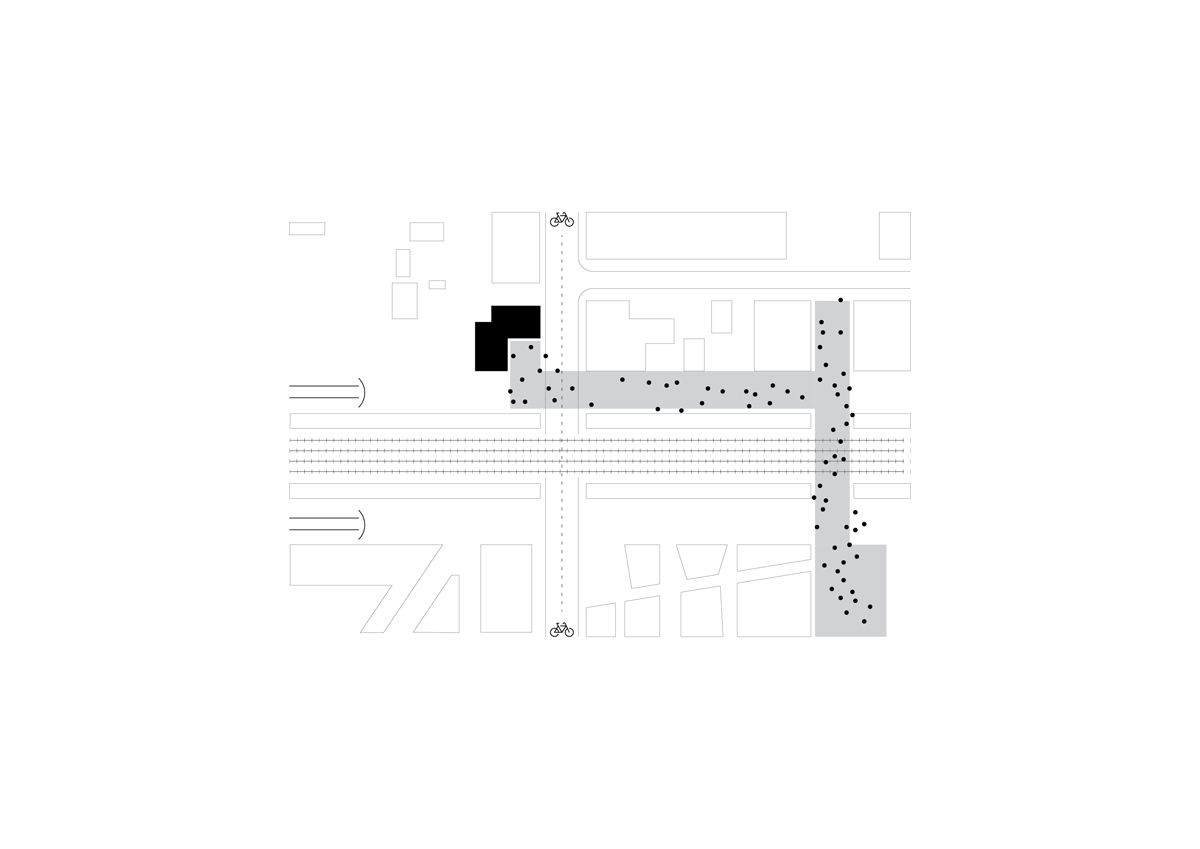 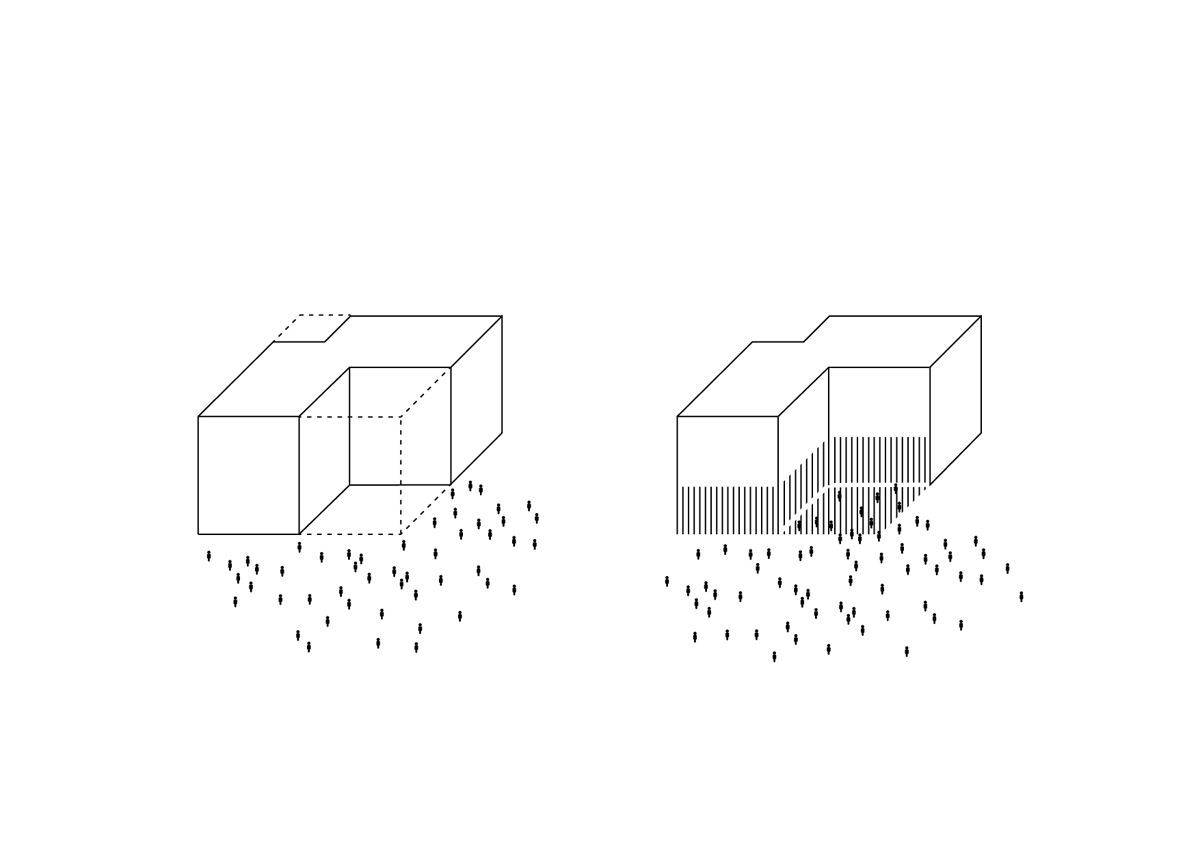 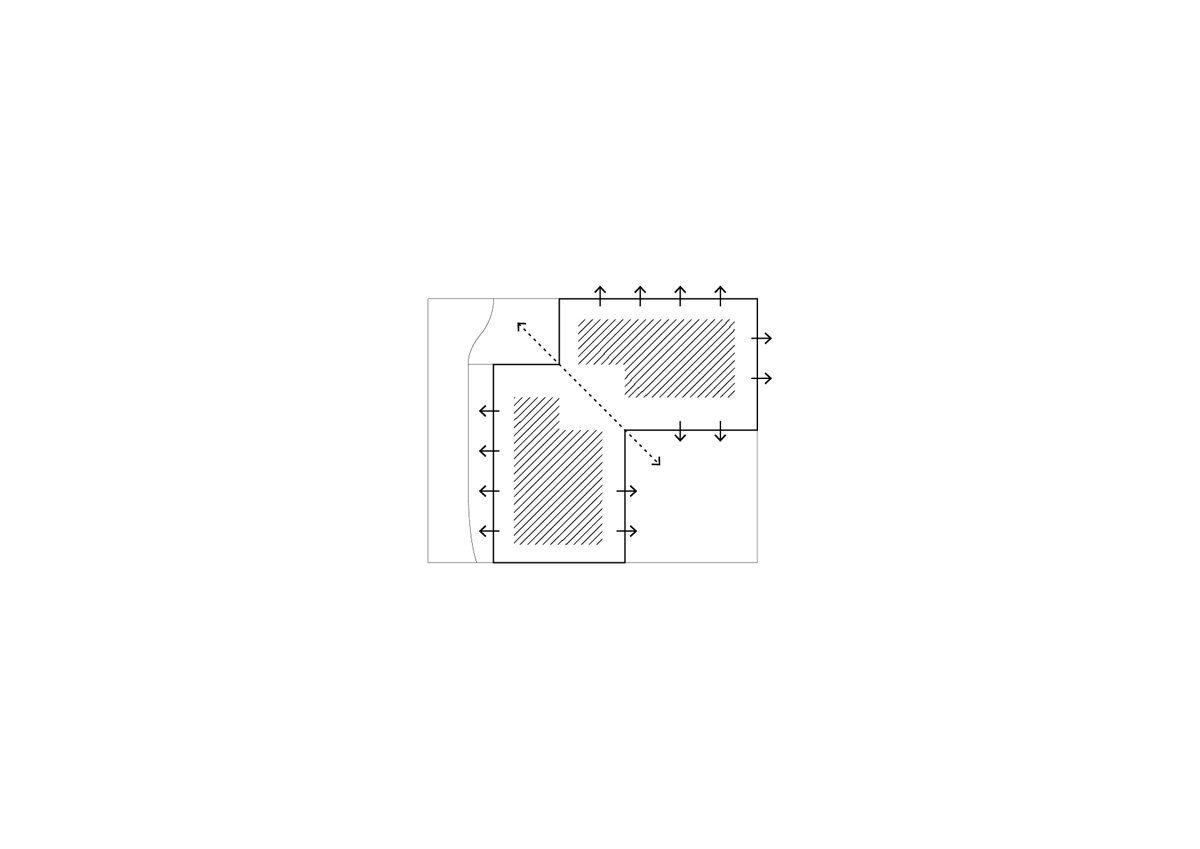 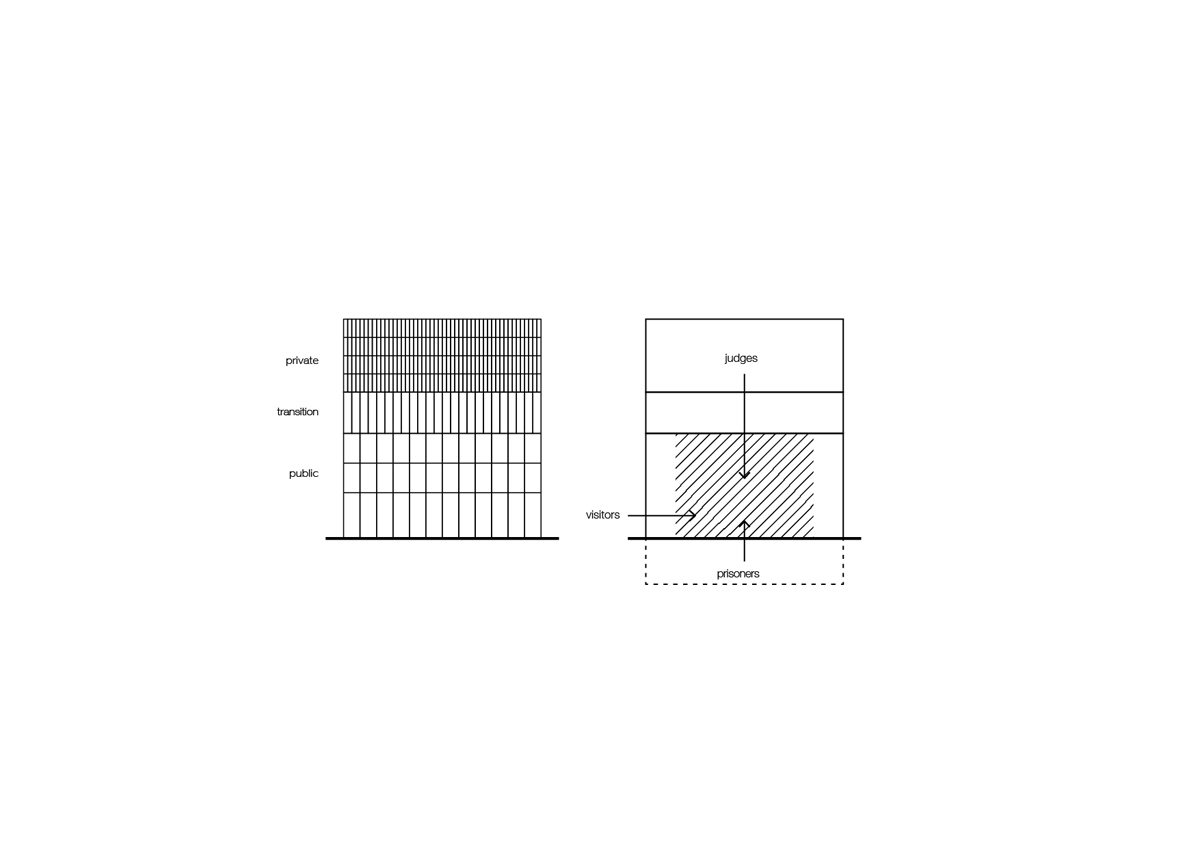 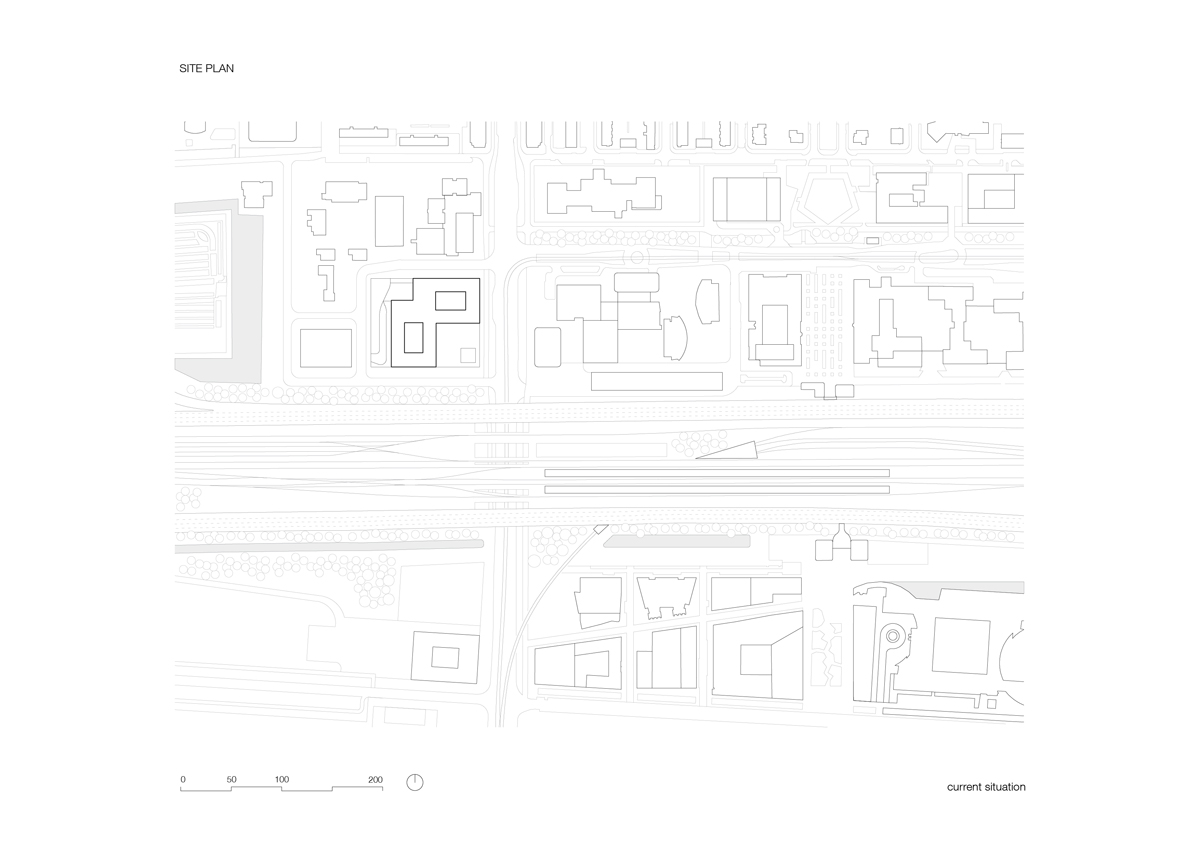 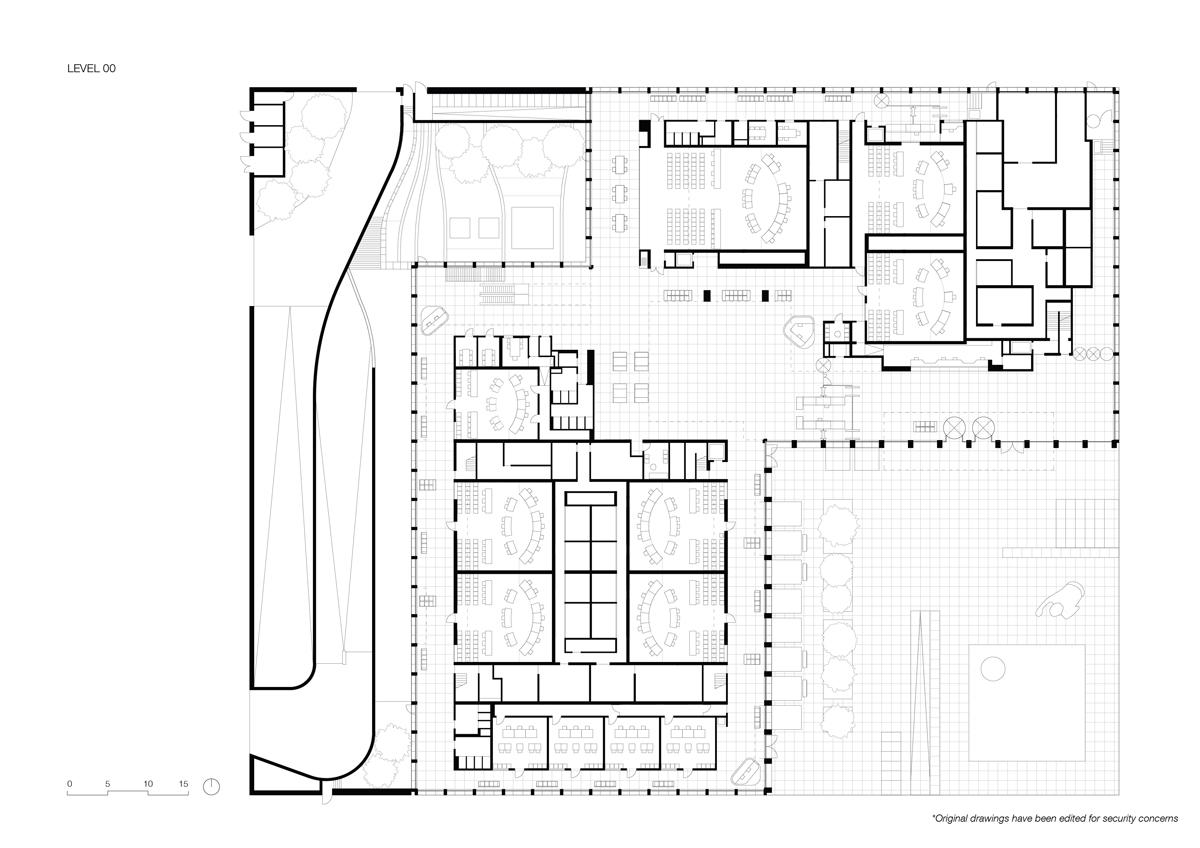 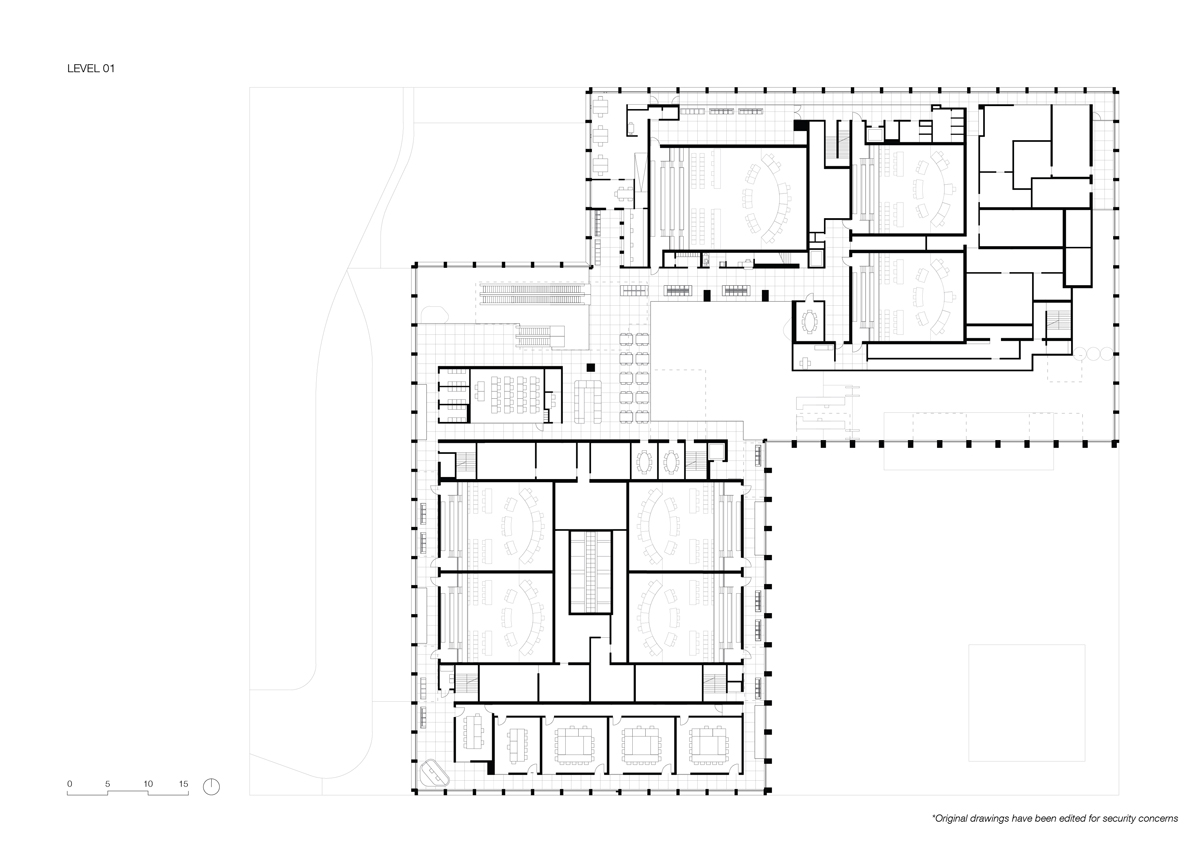 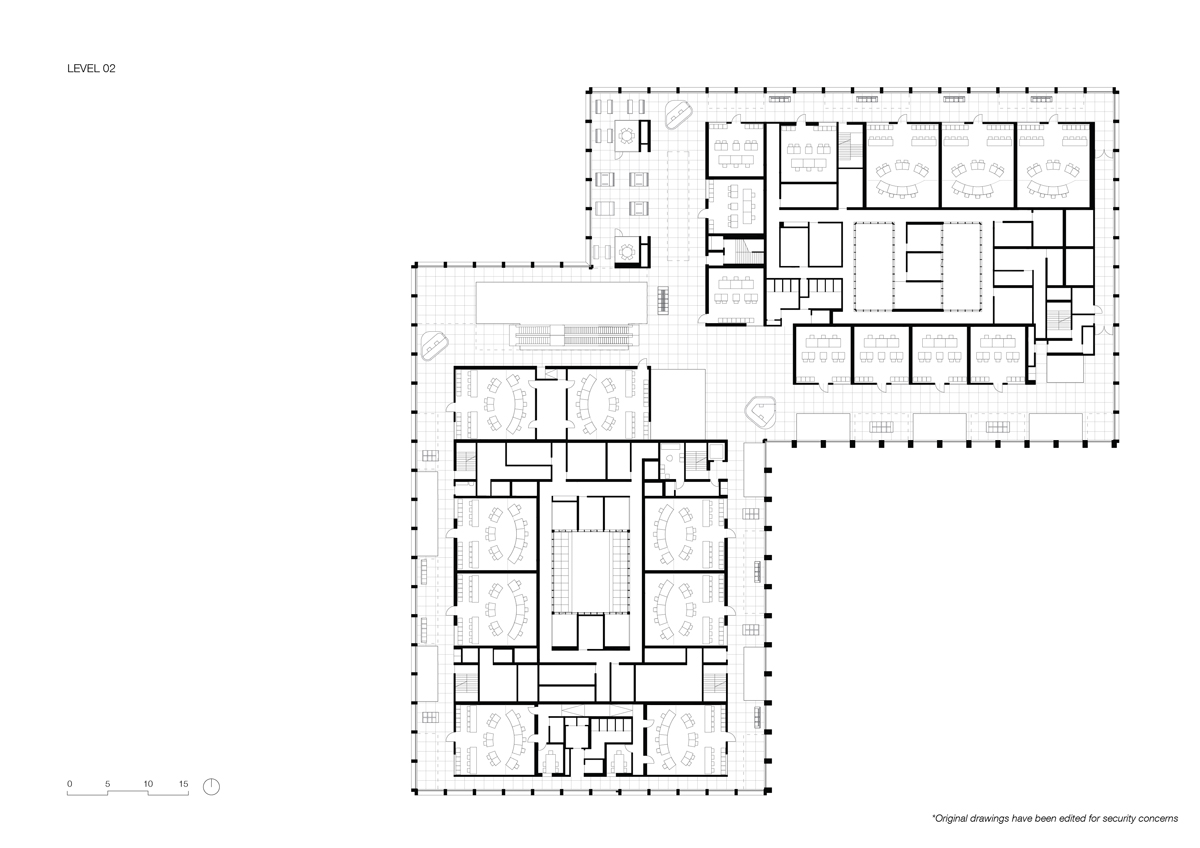 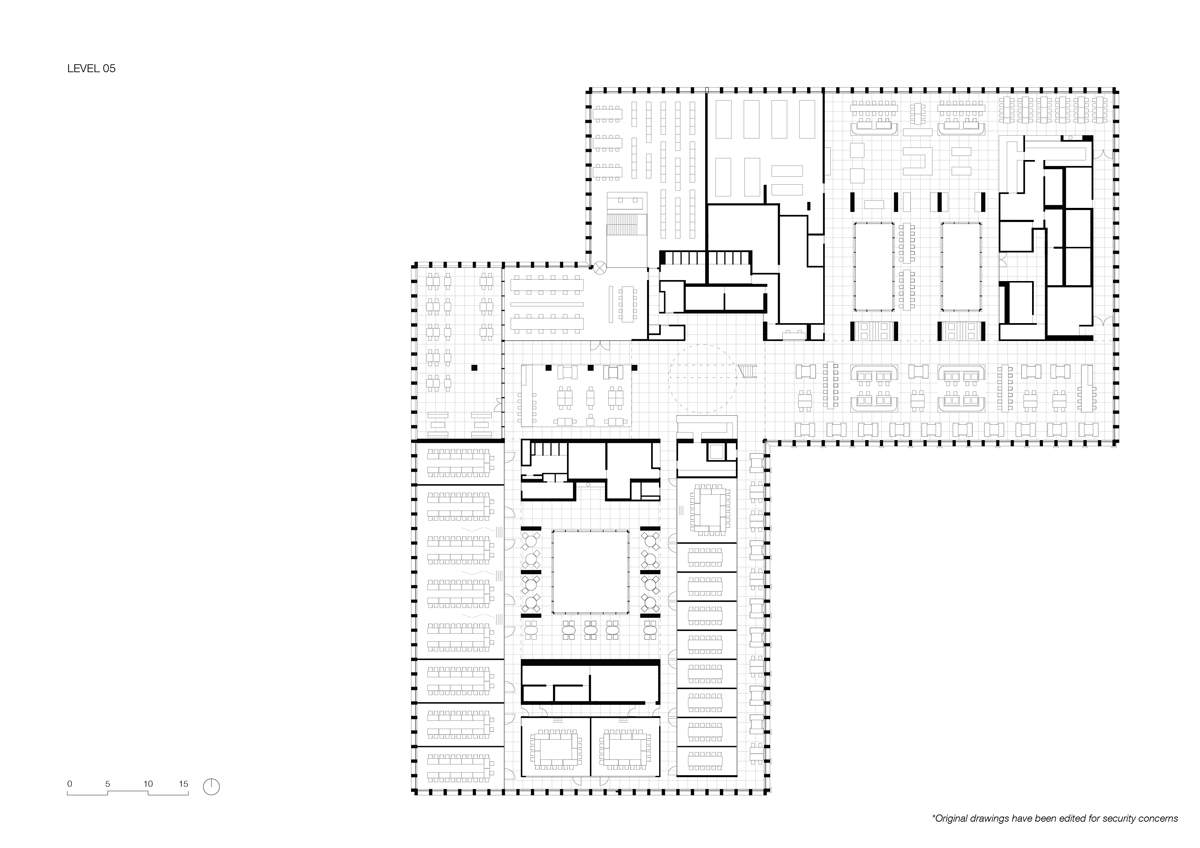 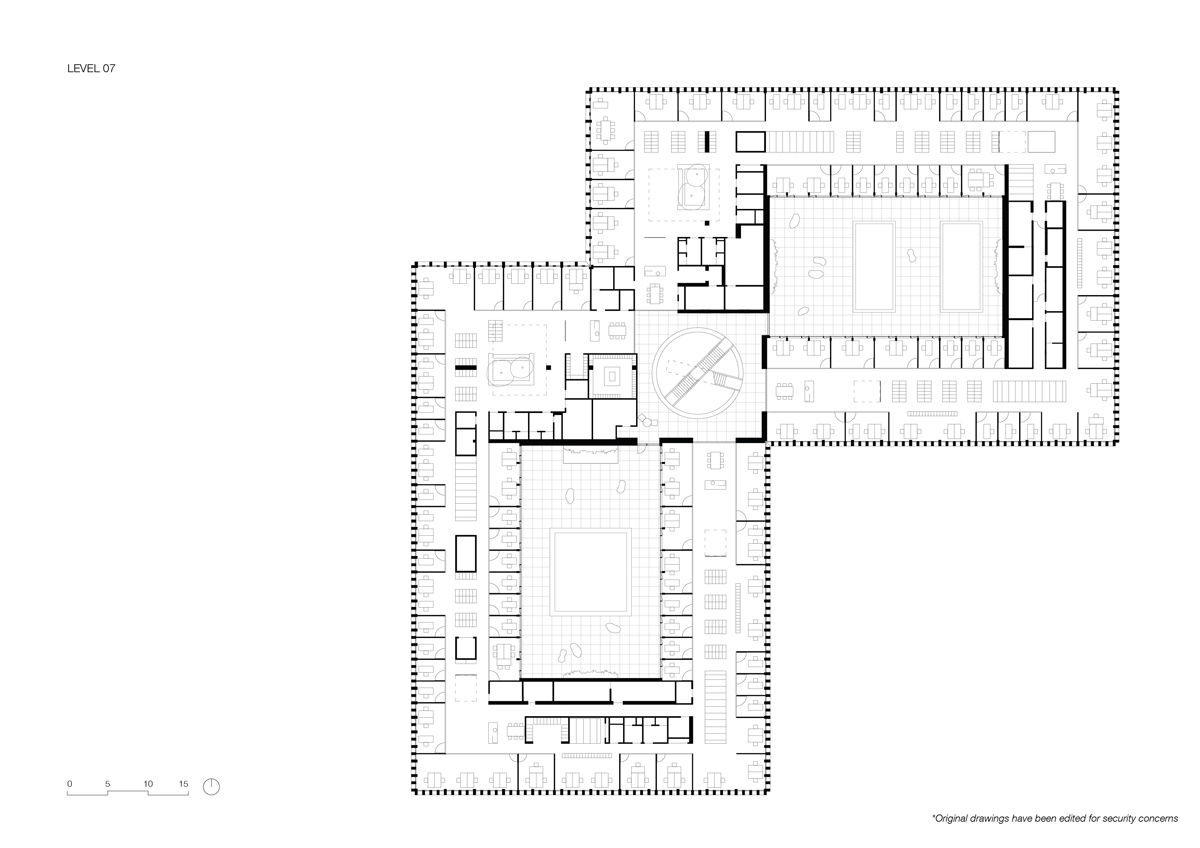 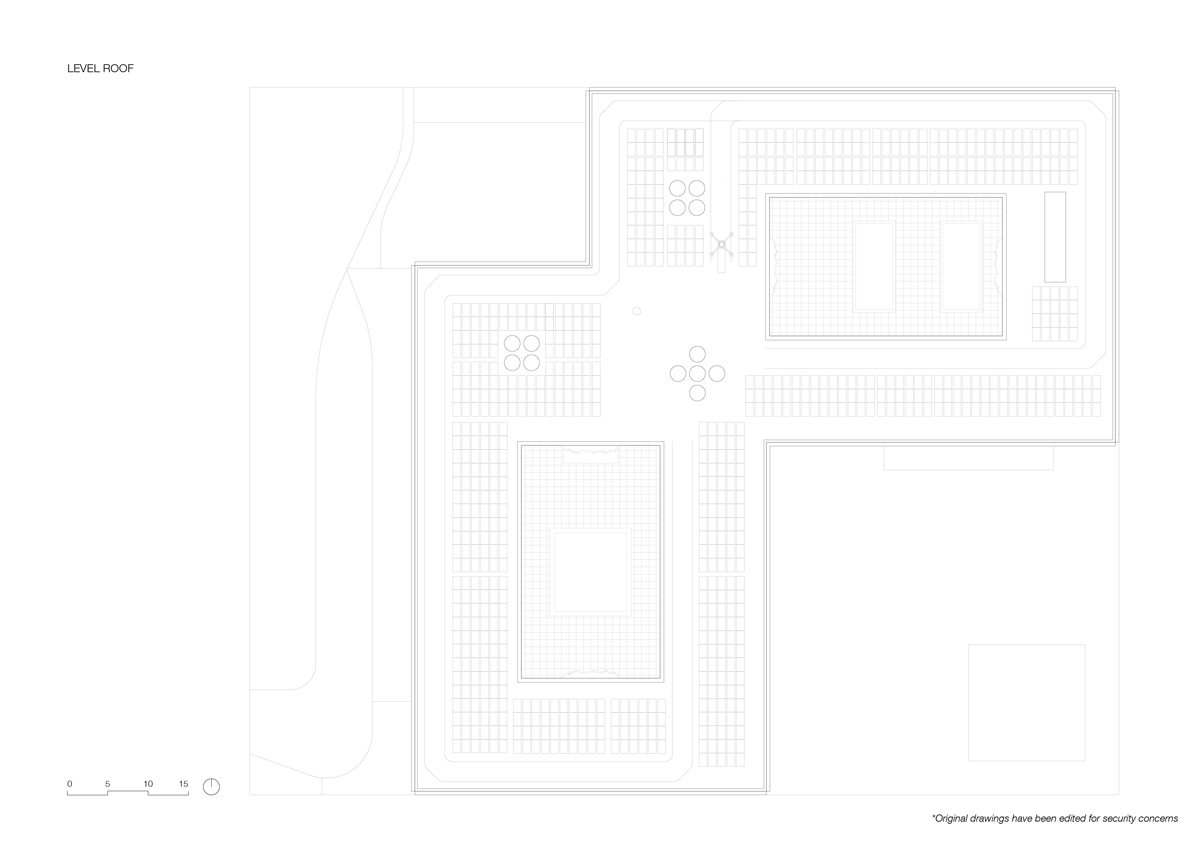 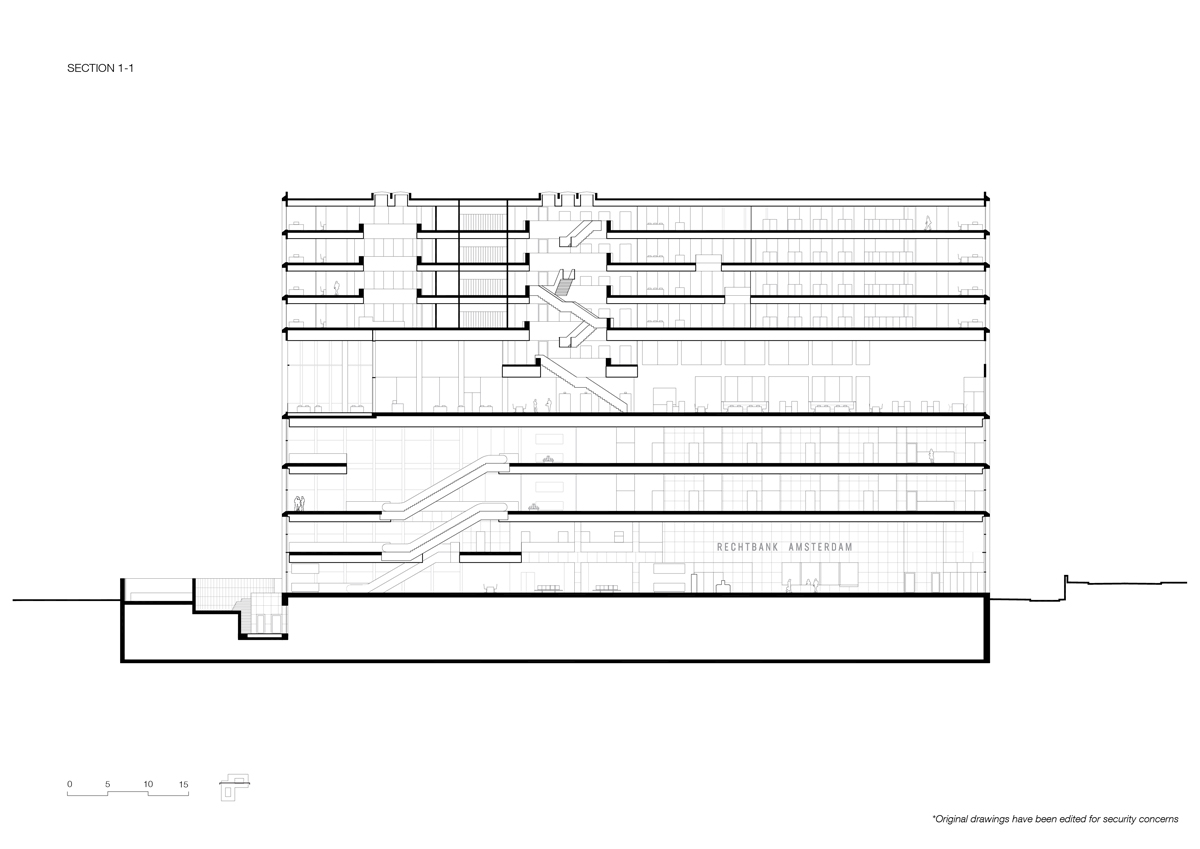 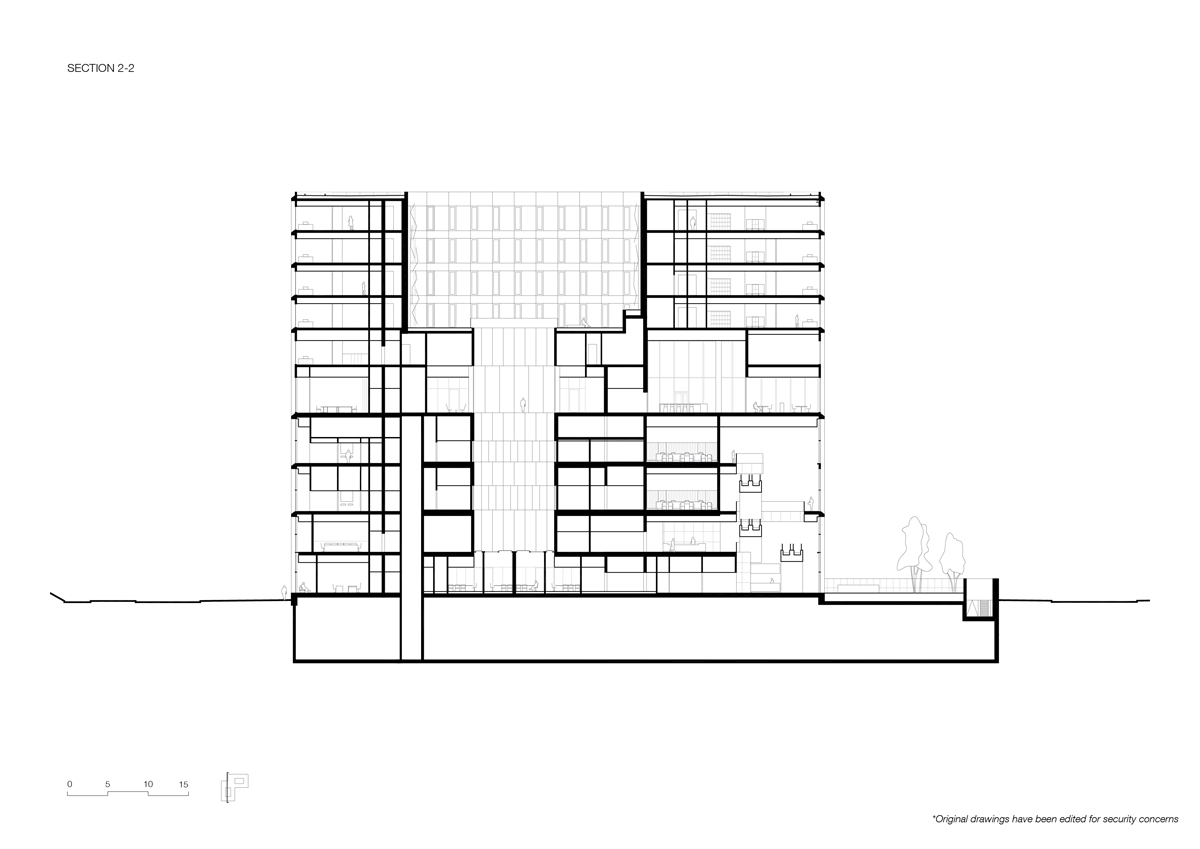 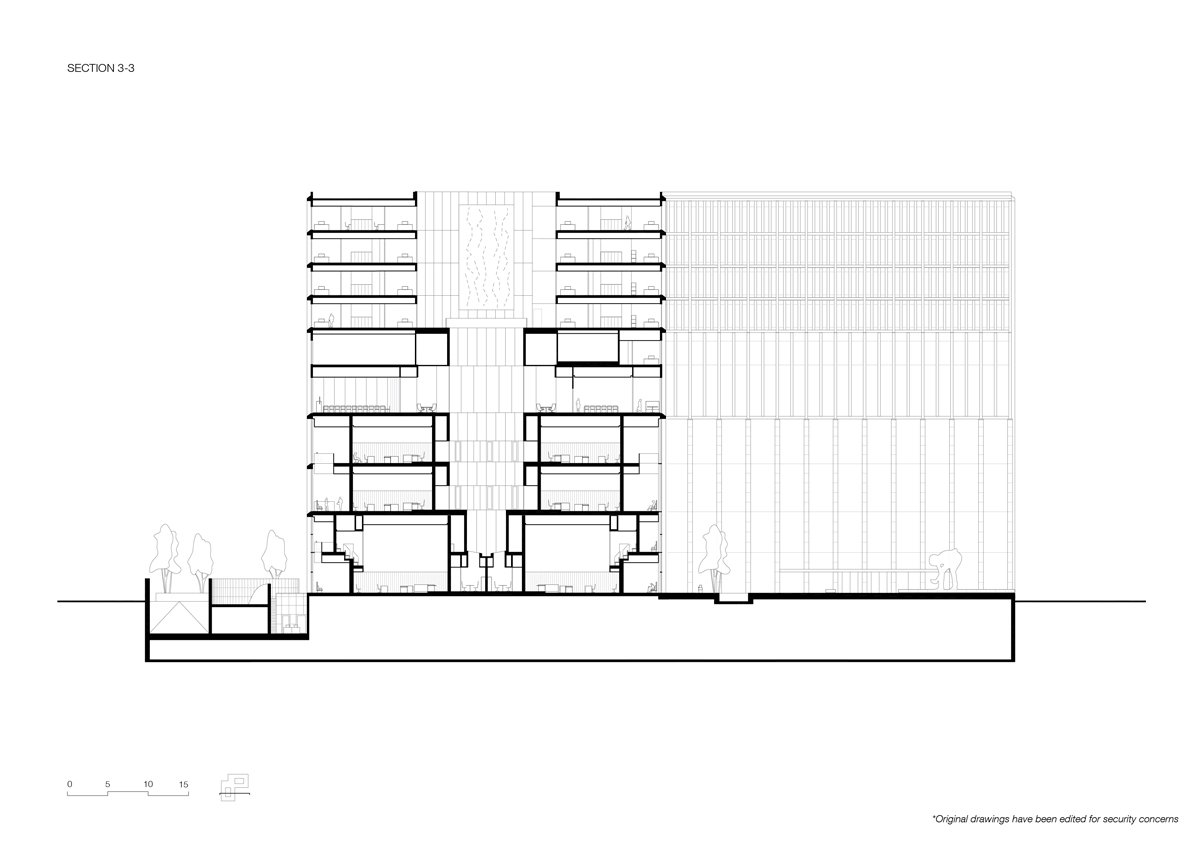 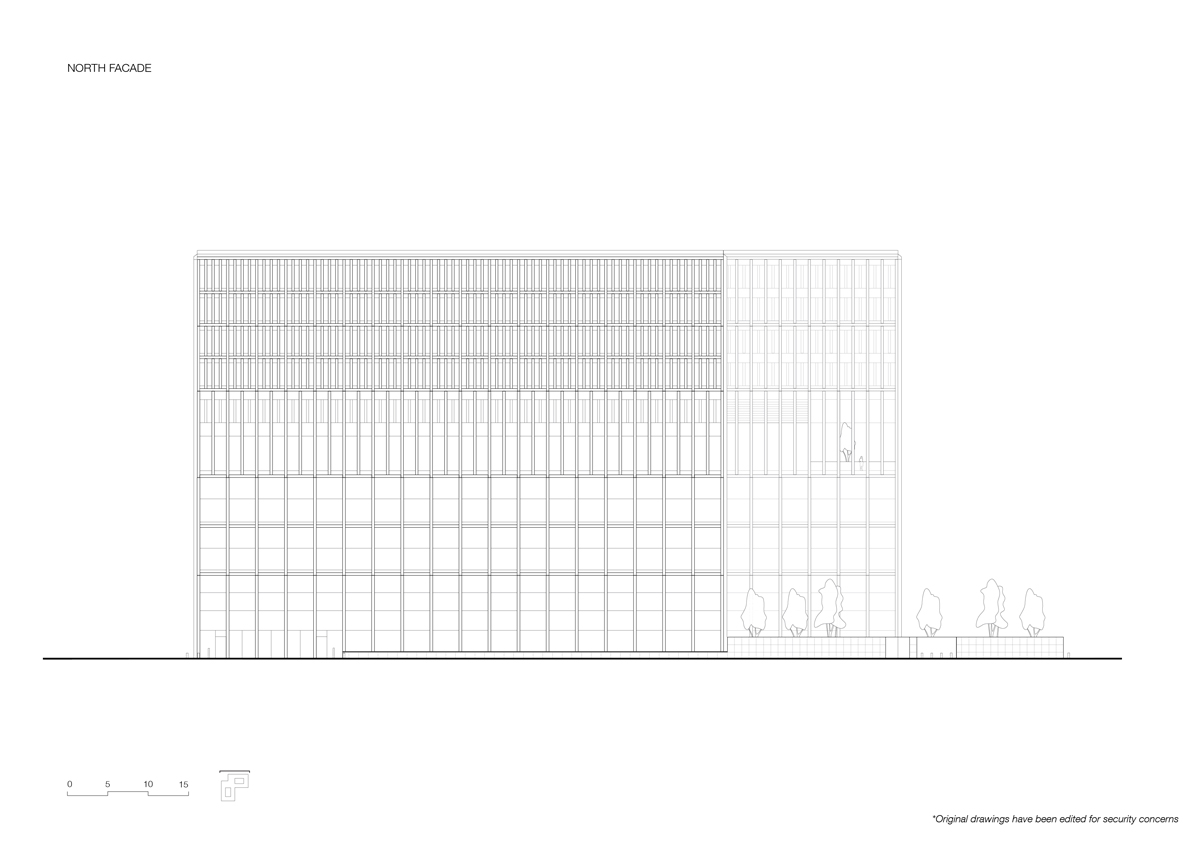 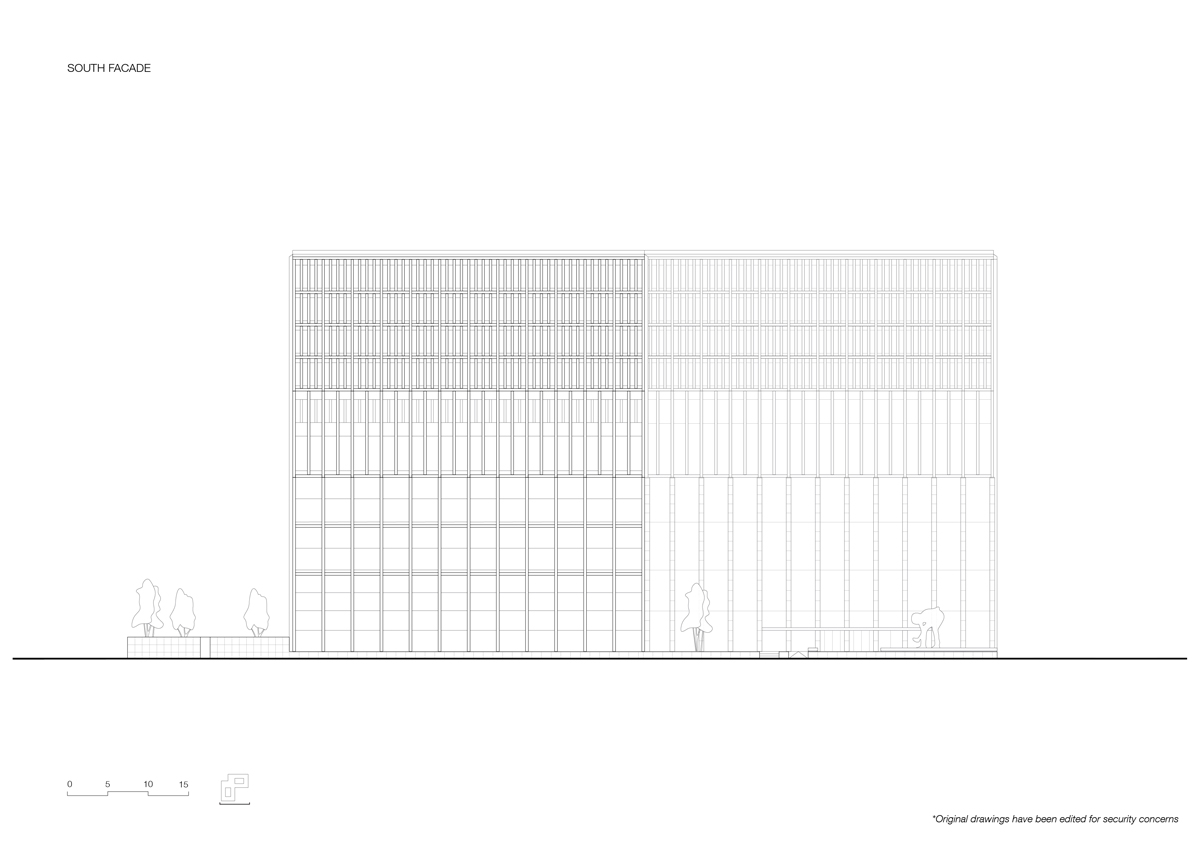 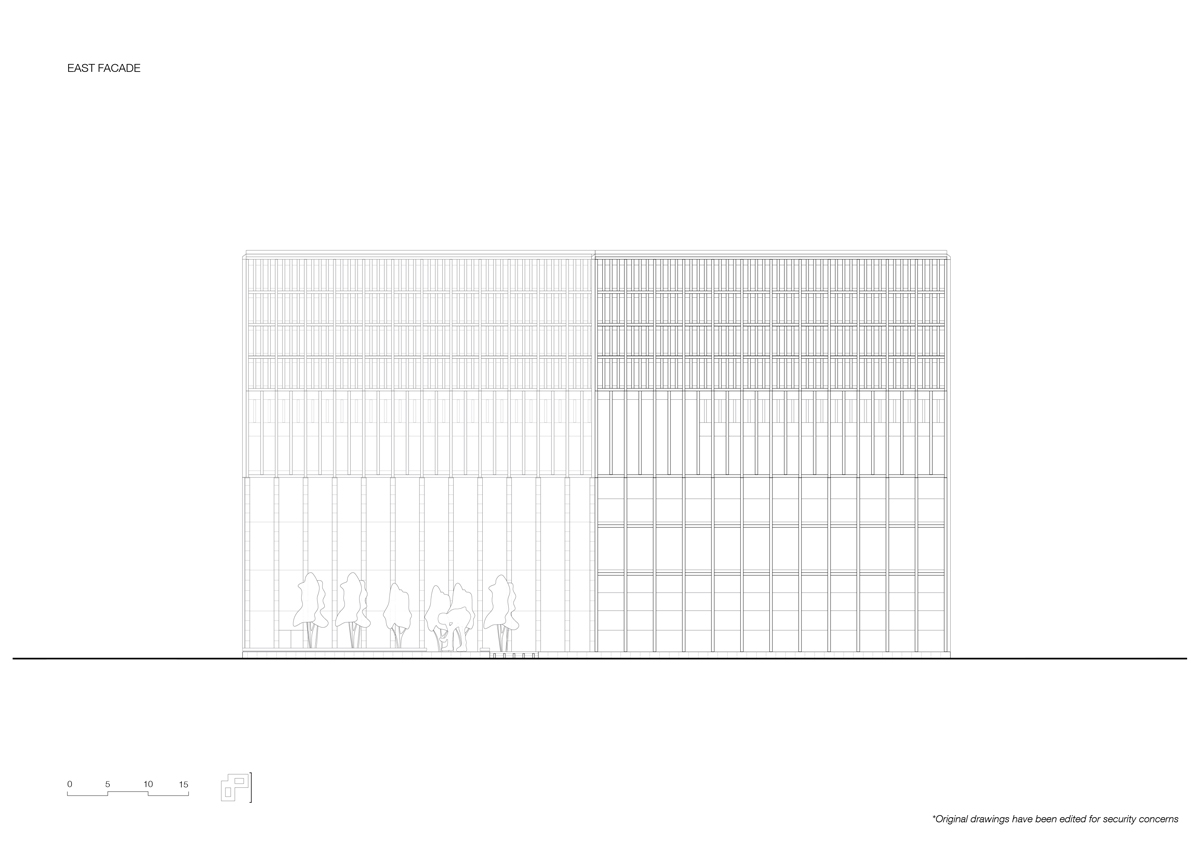 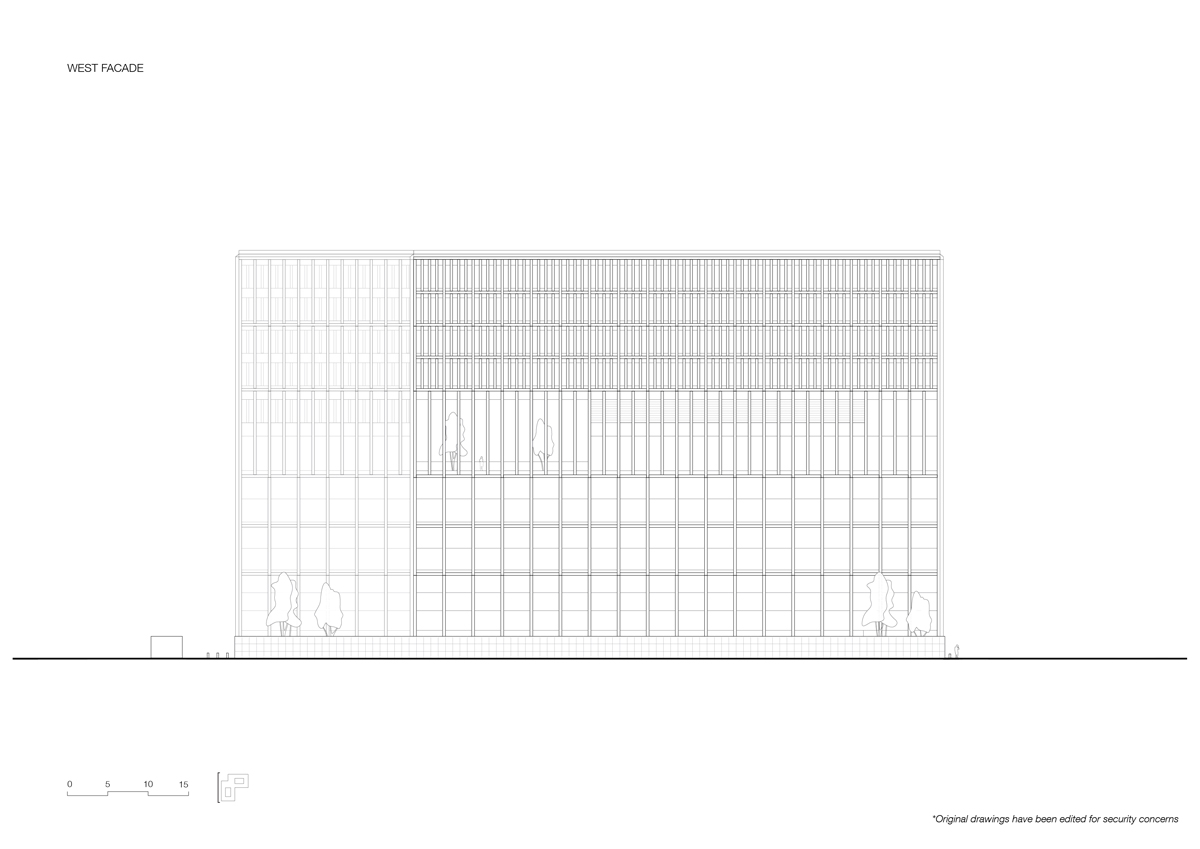 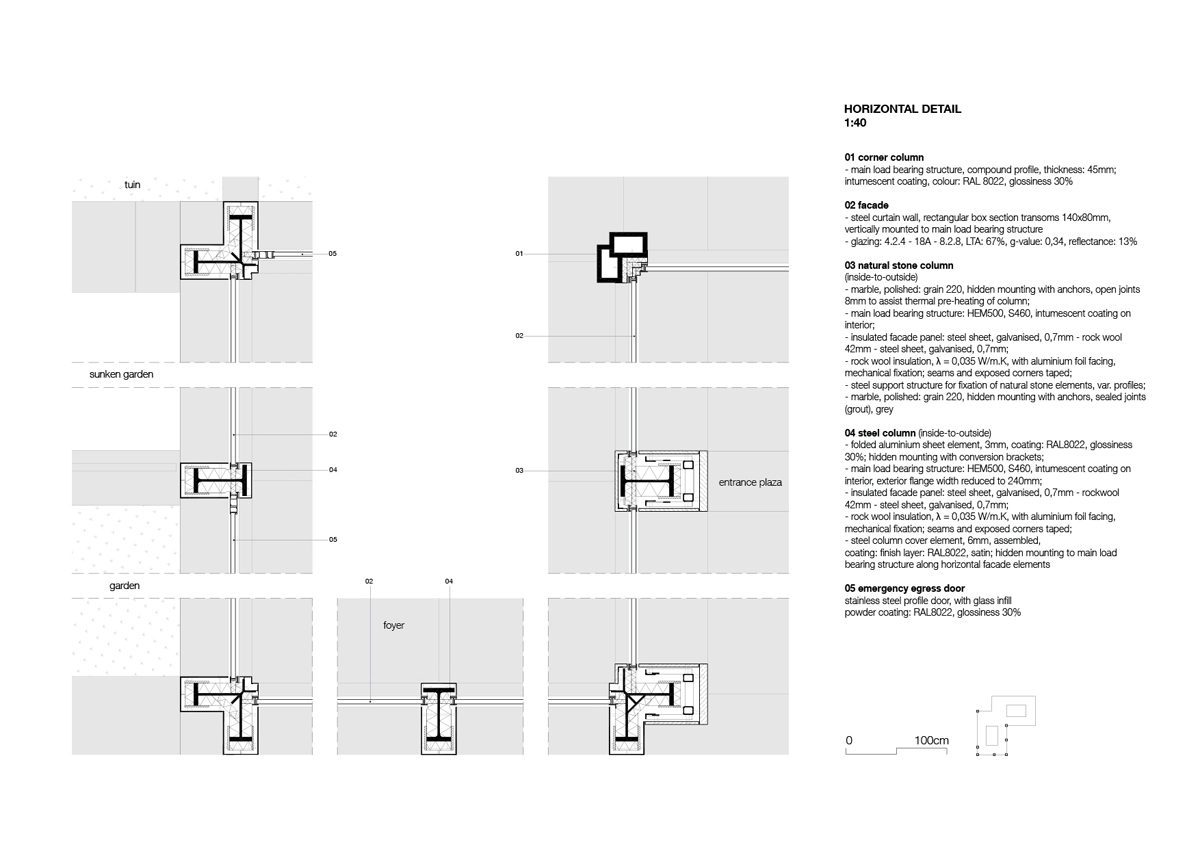 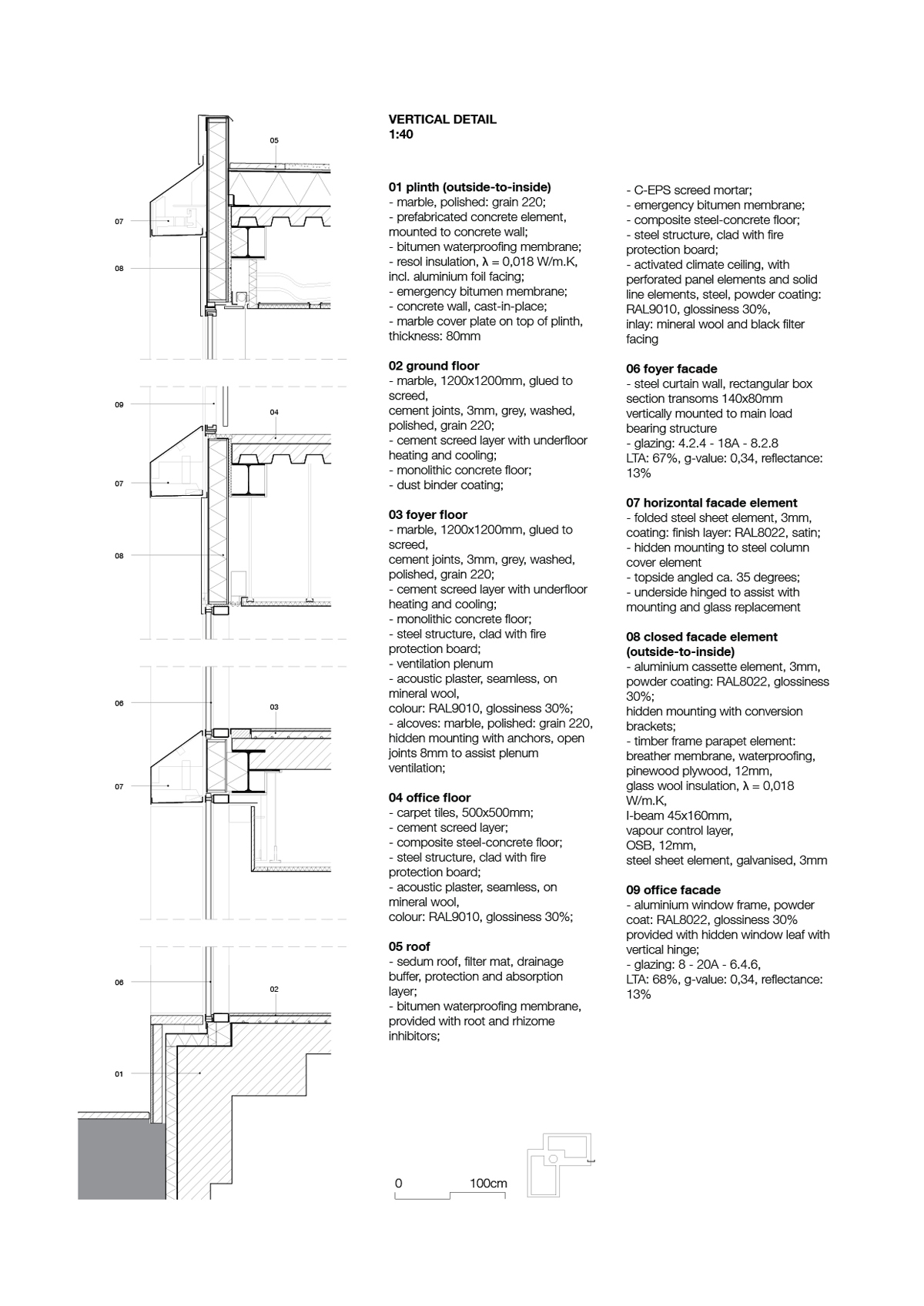 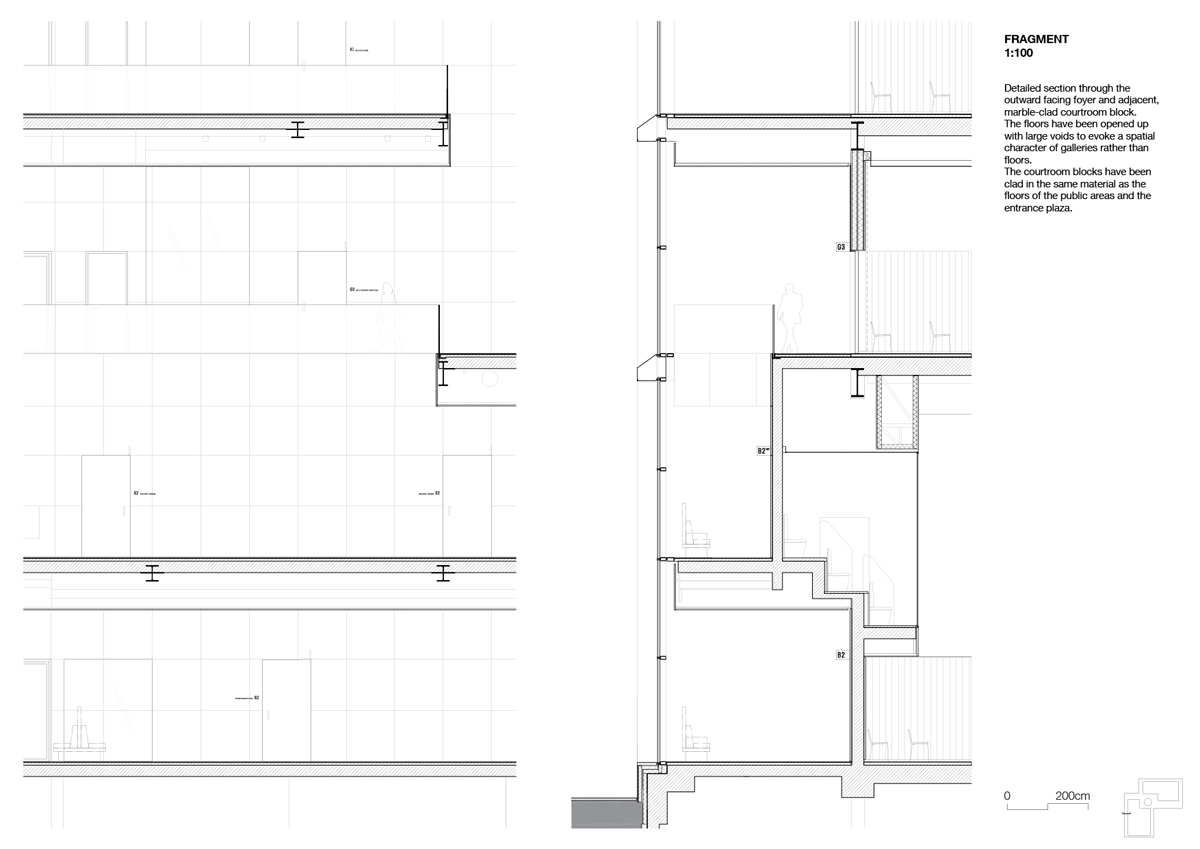 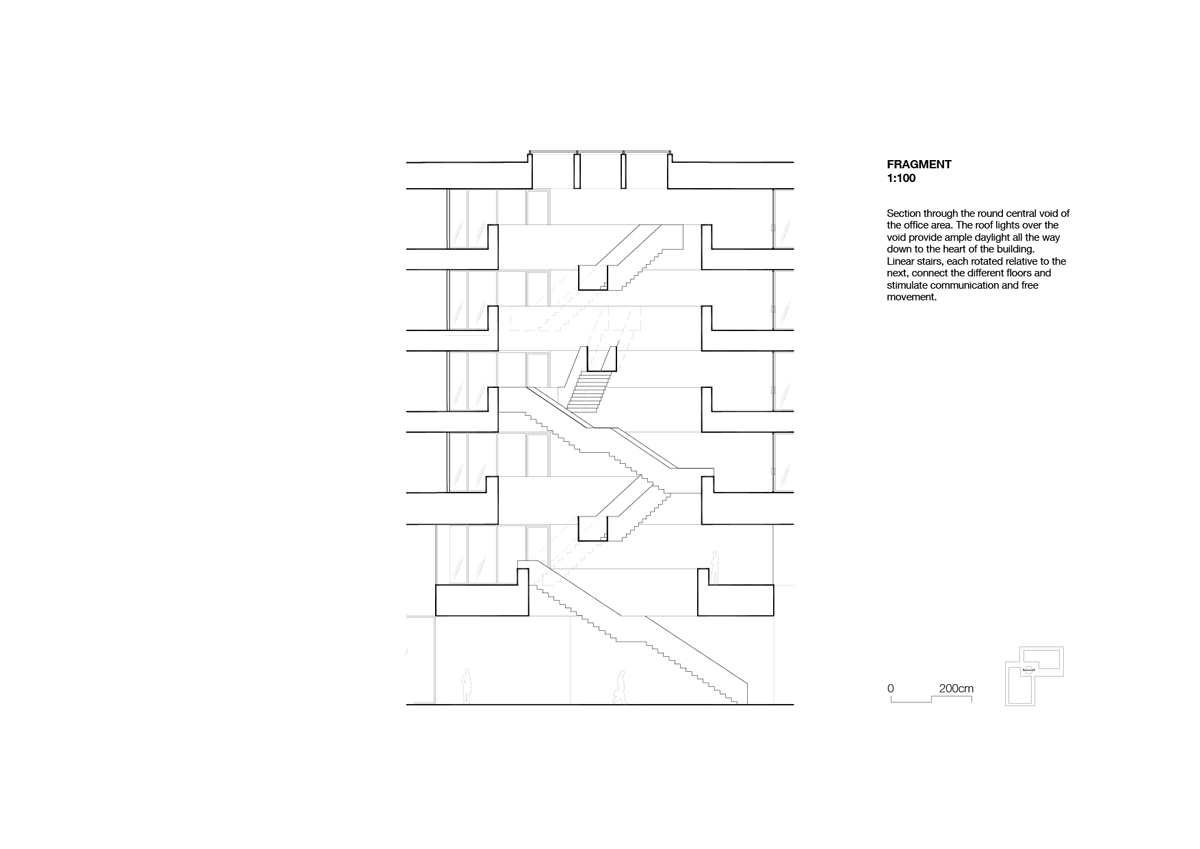