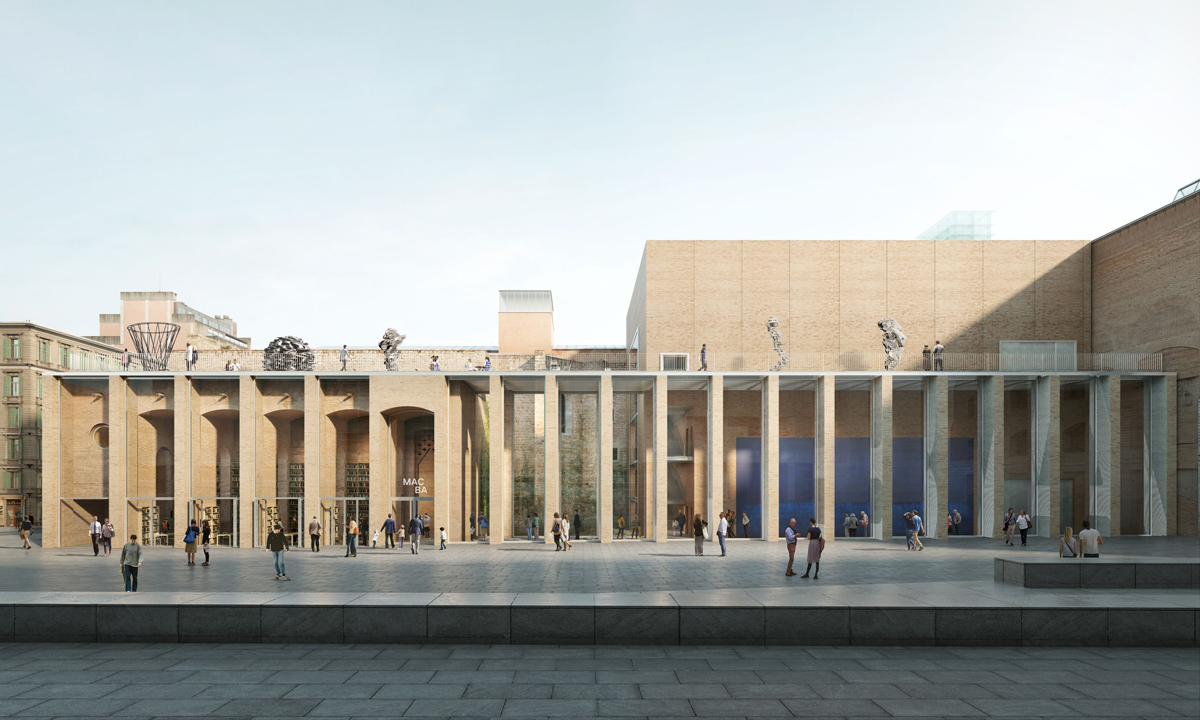 Presently housed in a building opened in 1995, the Barcelona Museum of Contemporary Art (MACBA) requires a significant increase of its exhibition space. Addressing this need, the design for the new MACBA was developed in partnership between Harquitectes + Christ & Gantenbein as a new volume opposite the current venue. Positioned around one of Barcelona ‘s most vibrant public spaces, the Plaza des Angels, the extension is shaped as a terraced, open building housing new galleries, shops, and public places. An existing chapel from the 15th century and a convent are also part of the scheme and will be transformed to house the museum ‘s entrance hall with many public-facing uses, open to all. The chapel’s cross-figure will be activated as a new portal, linking two squares, and symbolically acting as the MACBAs new centre of gravity.
The extension is a human-scale and permeable addition that interfaces between the squares and the chapel. Reformulating the institution ‘s image into a new whole with sustainable brick construction, a gallery increases accessibility and brings the museum closer to the public. On its roof, a terrace for displaying sculptures will provide views of the surroundings, becoming part of the Plaza. Behind this gallery next to the chapel, a higher volume in communication with the apse creates several large and flexible exhibition rooms on three floors.
Establishing a dialogue between new and old, the use of brick fuses the museum ‘s various elements together. Inheriting constructive, compositional, and volumetric cues from a heterogenous context, the new MACBA will become a union of several parts from different periods with a continuous architectural logic that sensitively expands the existing. With its human scale, the extension and transformation will redefine the institution ‘s image, making it more accessible and bringing it closer to the public. In becoming an urban campus and a transformable cultural infrastructure for the city, the leading contemporary art institution aims to be a participative and interactive museum for the 21st century and beyond. 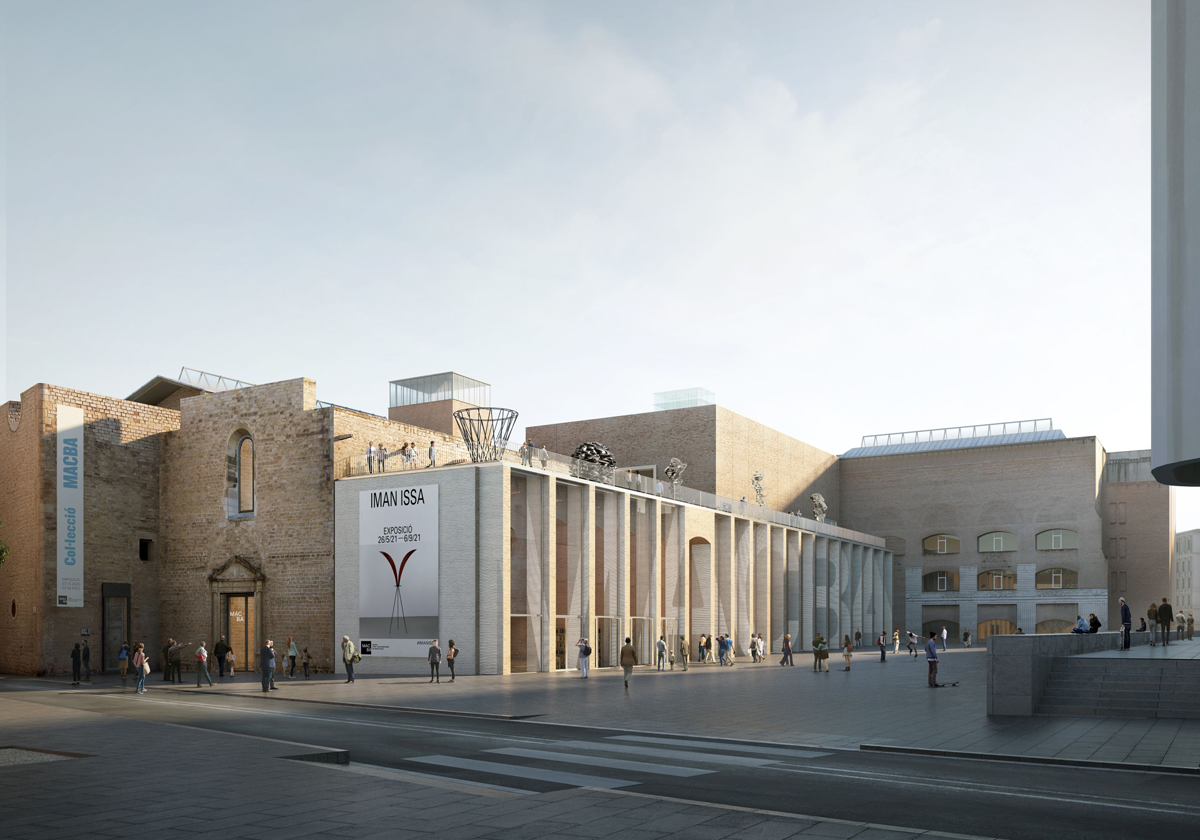 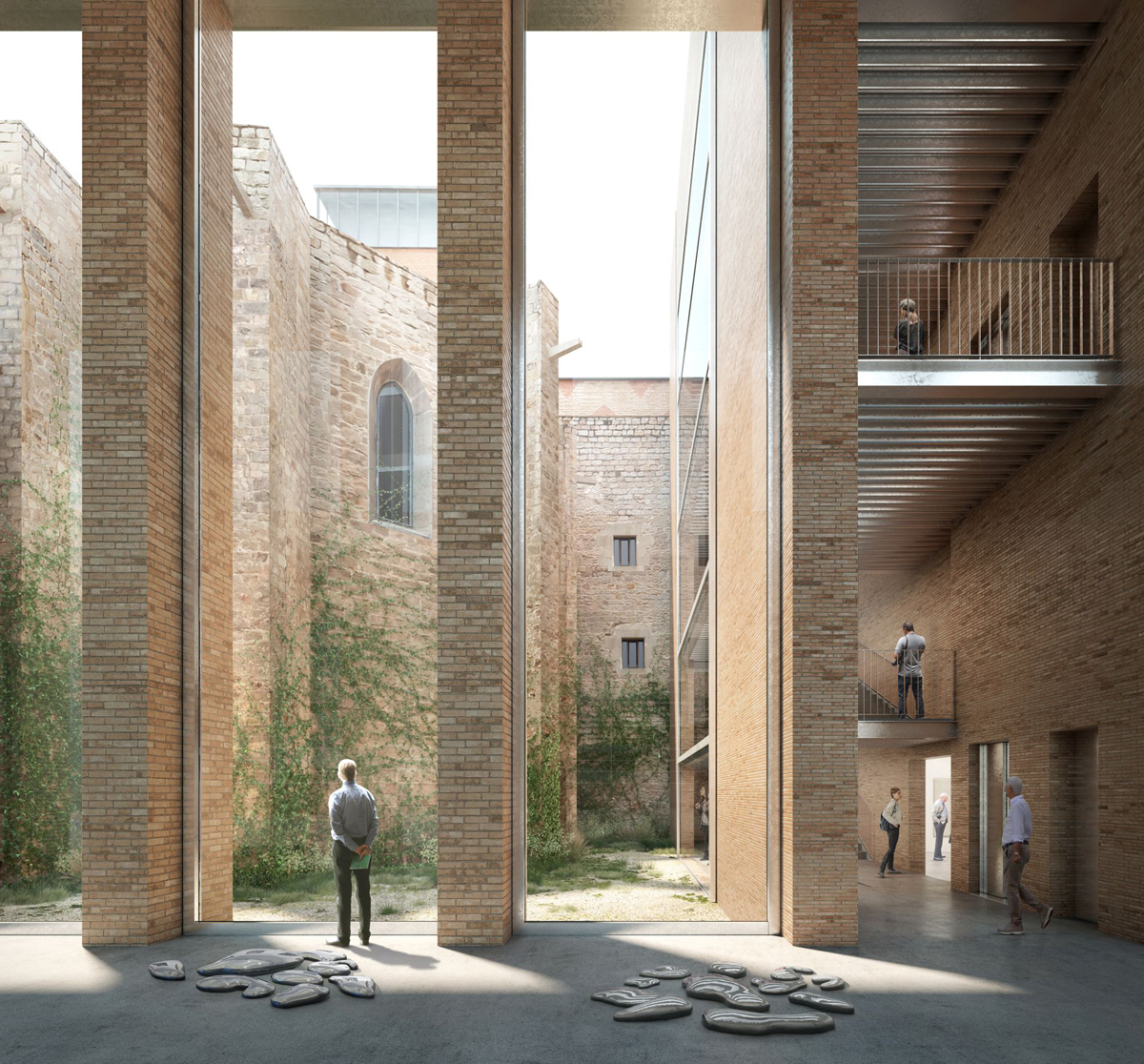 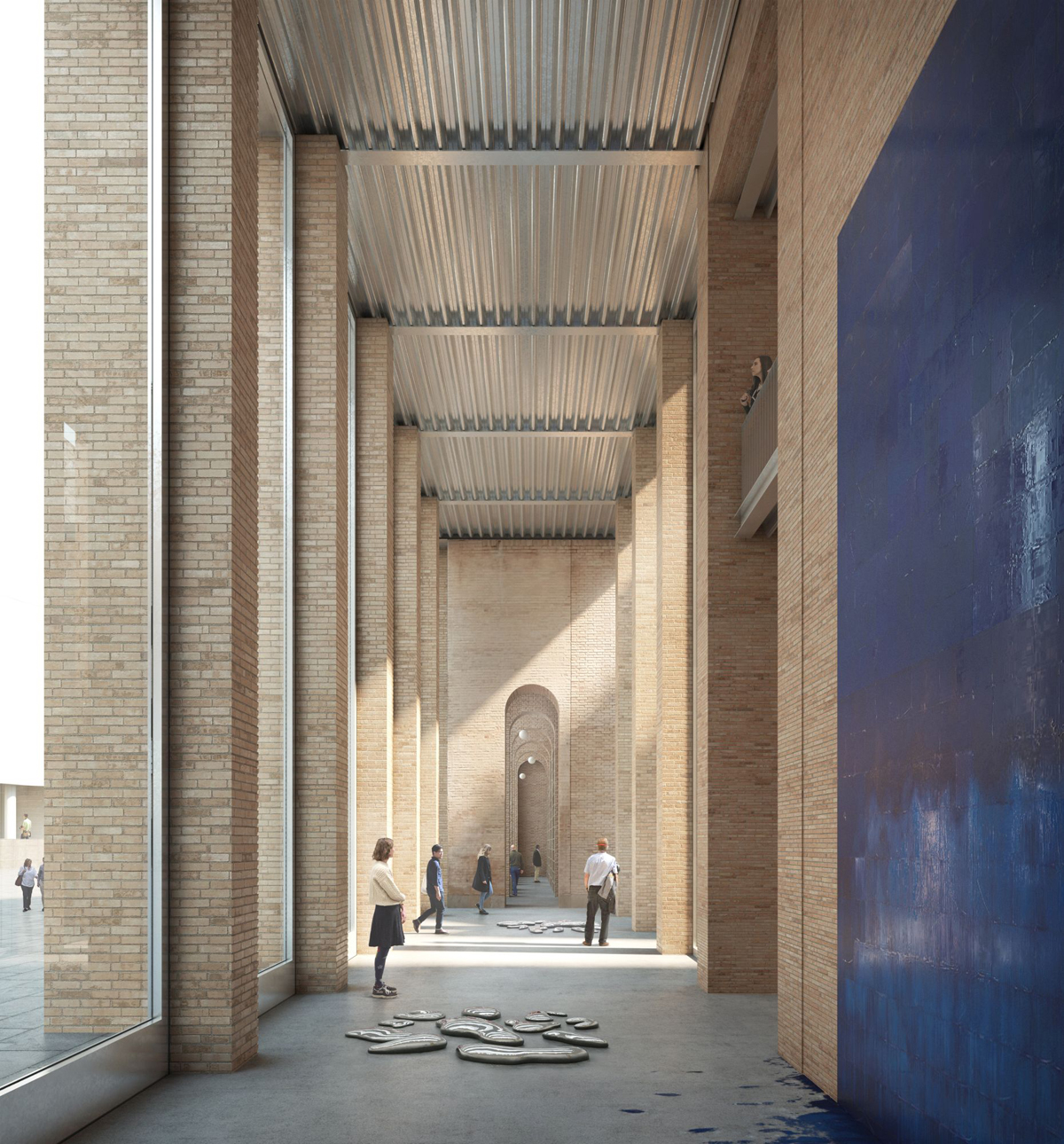 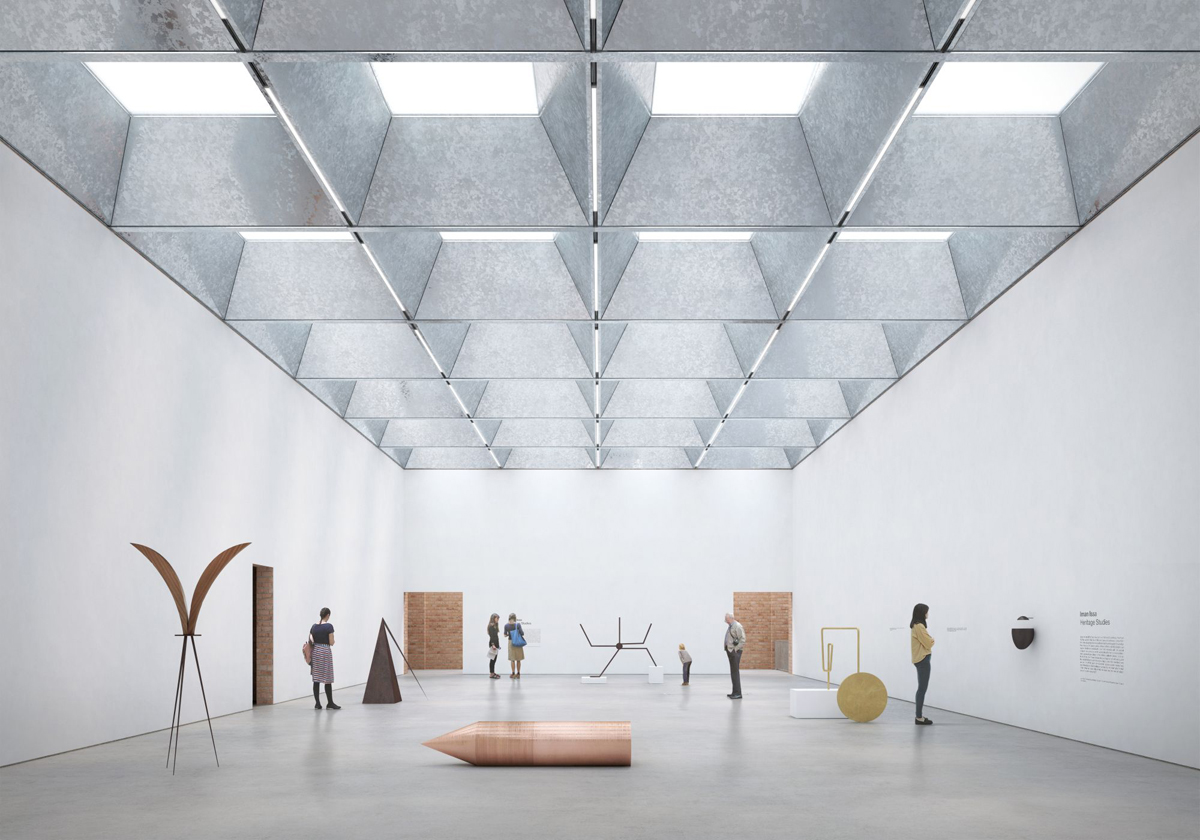