Built in the 19th century, Antwerp’s Royal Museum of Fine Arts was conceived as a ‘daylight museum’ by architects Winders and Van Dyck. During the 20th century, the building underwent many fundamental changes in the layout, modifying the original circulation route and the connection with the city. Our intervention aims to reverse these spatial changes by combining a thorough renovation of the historic museum with a contemporary extension completely concealed within the existing structure. A complete overhaul of the 19th-century building restores the intrinsic qualities of the space by reinstating original colours, materials and routing within the historic halls. Guests can walk through an enfilade of exhibition rooms tinted in dark pink, green and red; oak doors, tall columns and ceiling ornaments in plasterwork convey a feeling of ancient grandeur. Meanwhile, hidden in the heart of the old building, a new vertical museum arises as a completely autonomous entity built within the four original patios. With bright white exhibition halls, hidden rooms, long staircases, far-reaching sightlines and varying gradations of daylight, the new museum charts a route full of surprising vertical experiences. Wherever the new extension ‘cuts’ the museum’s solid mass, subtle marble inlays have been added, echoing the elegant 19th-century museum’s materiality. These contrasting yet dialoguing entities coexist as two different worlds in one building, sharing the ability to unveil themselves little by little. The experience is never predictable and always in balance, both routes are challenging and at the service of the art. 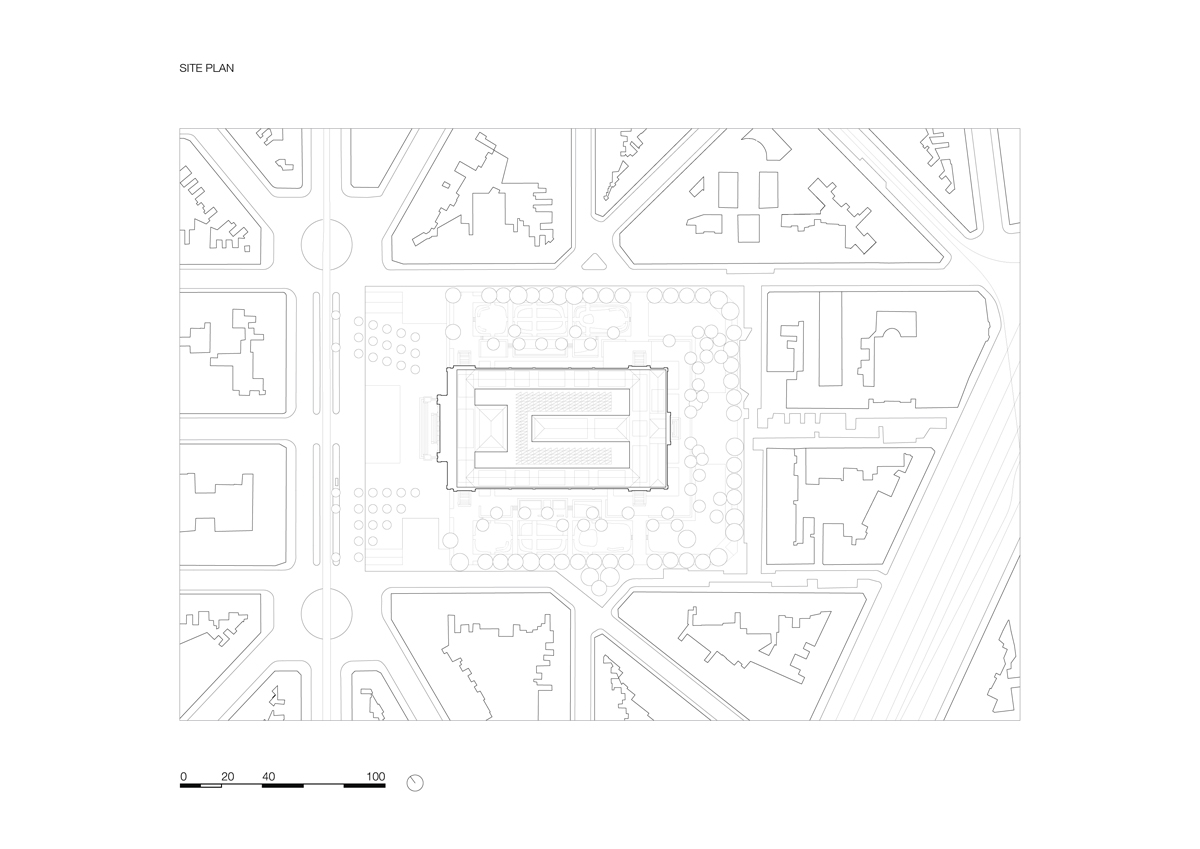 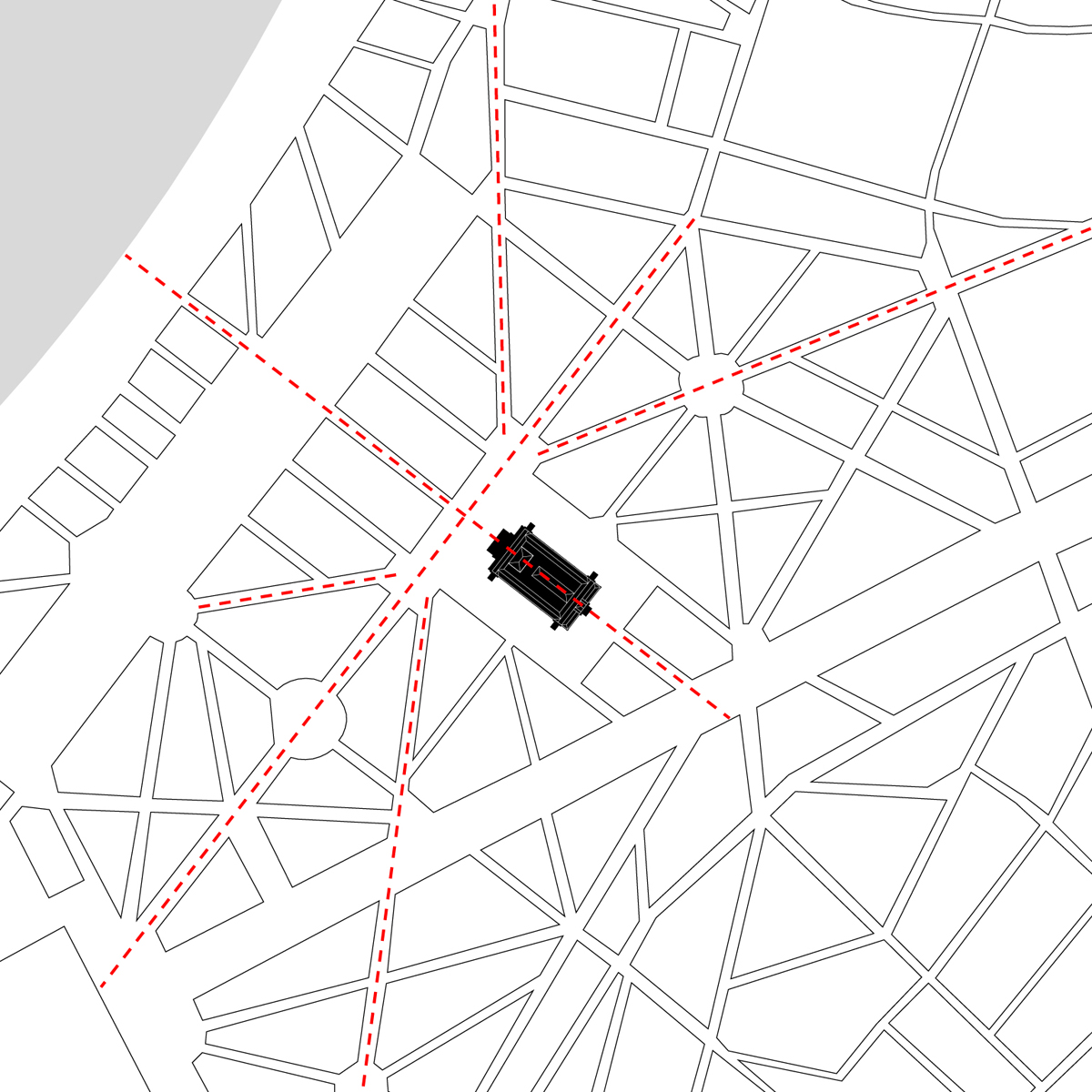 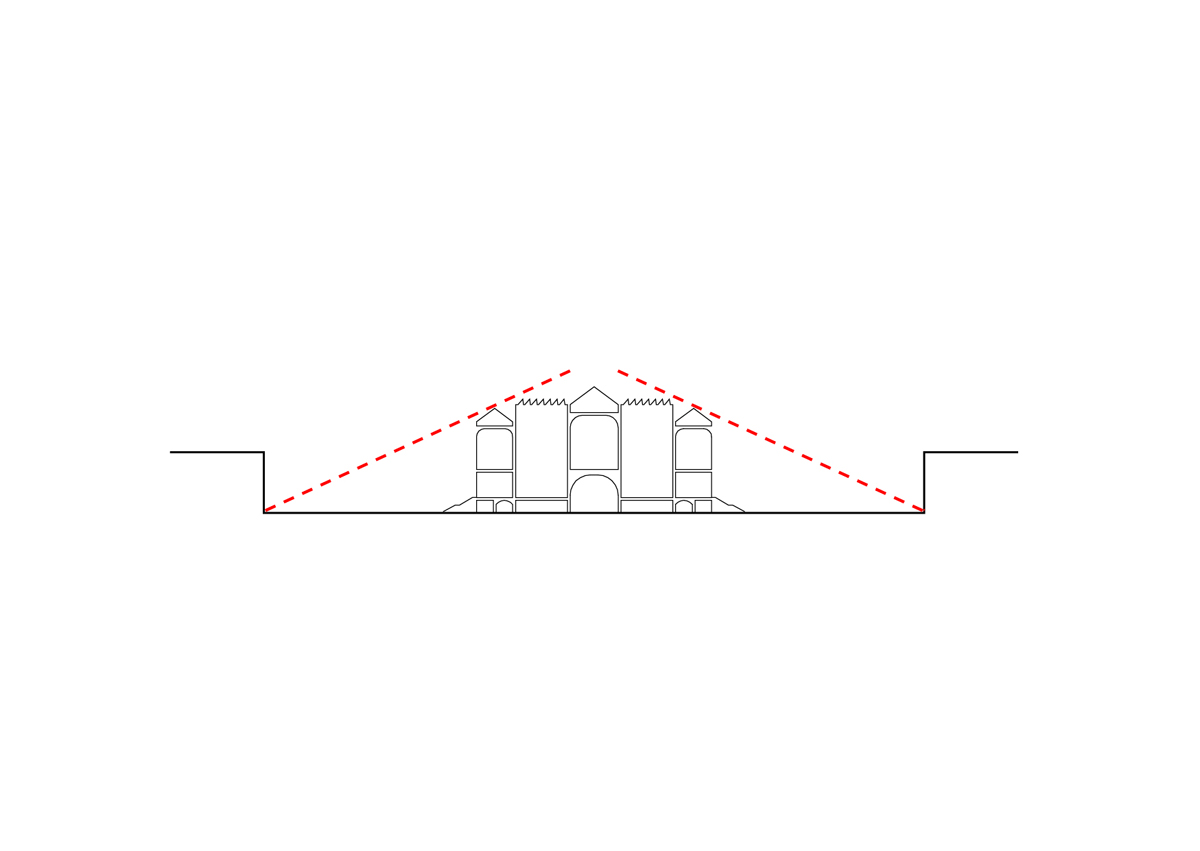 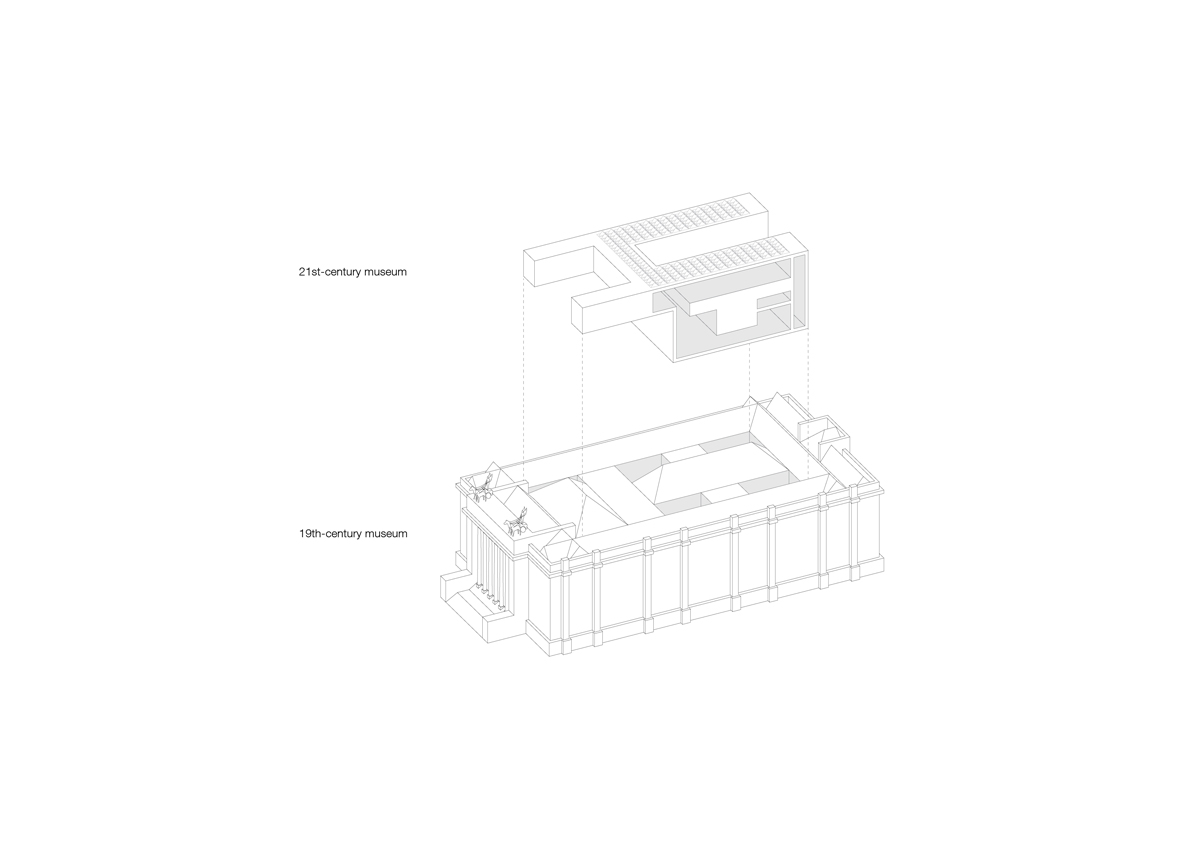 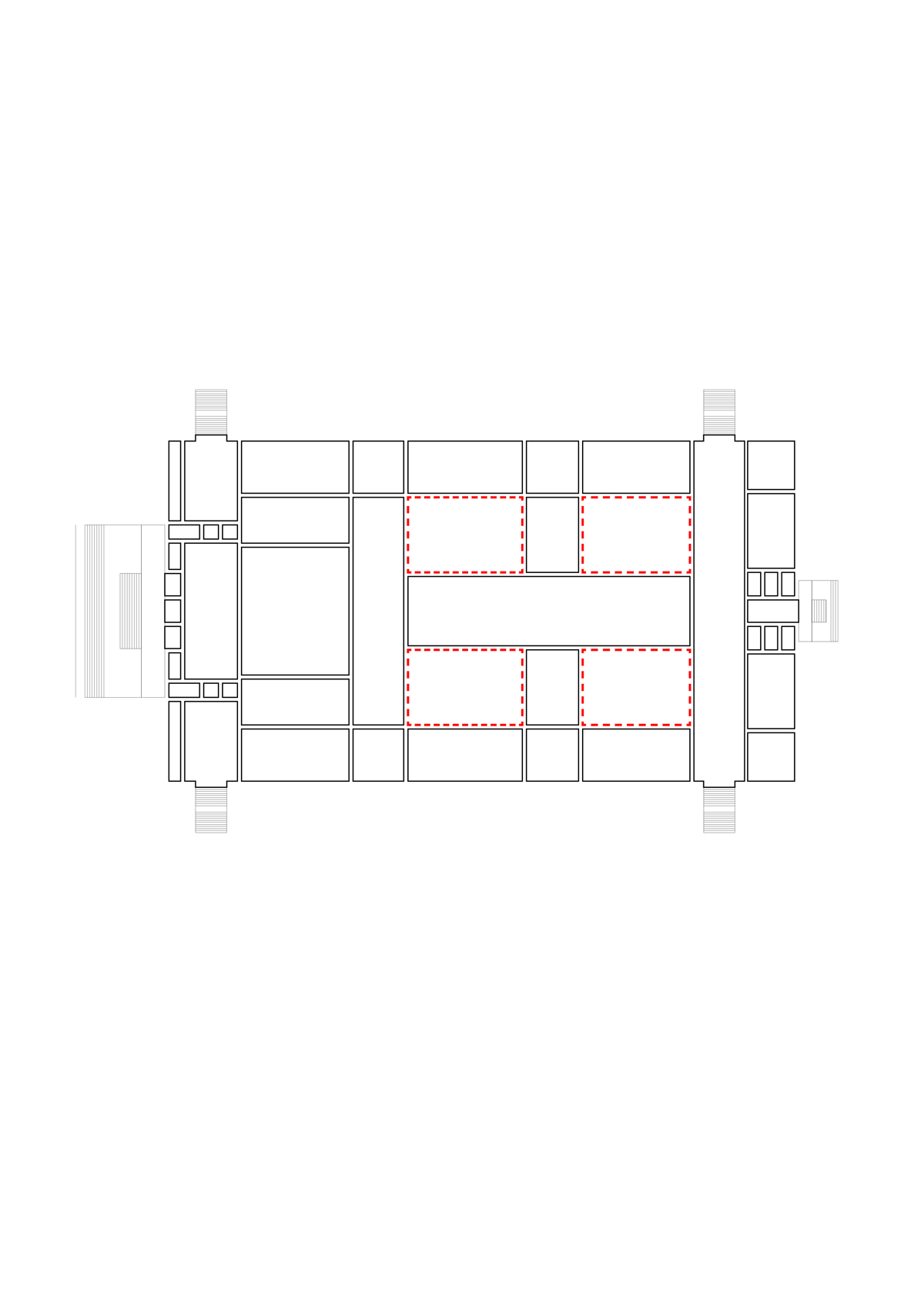 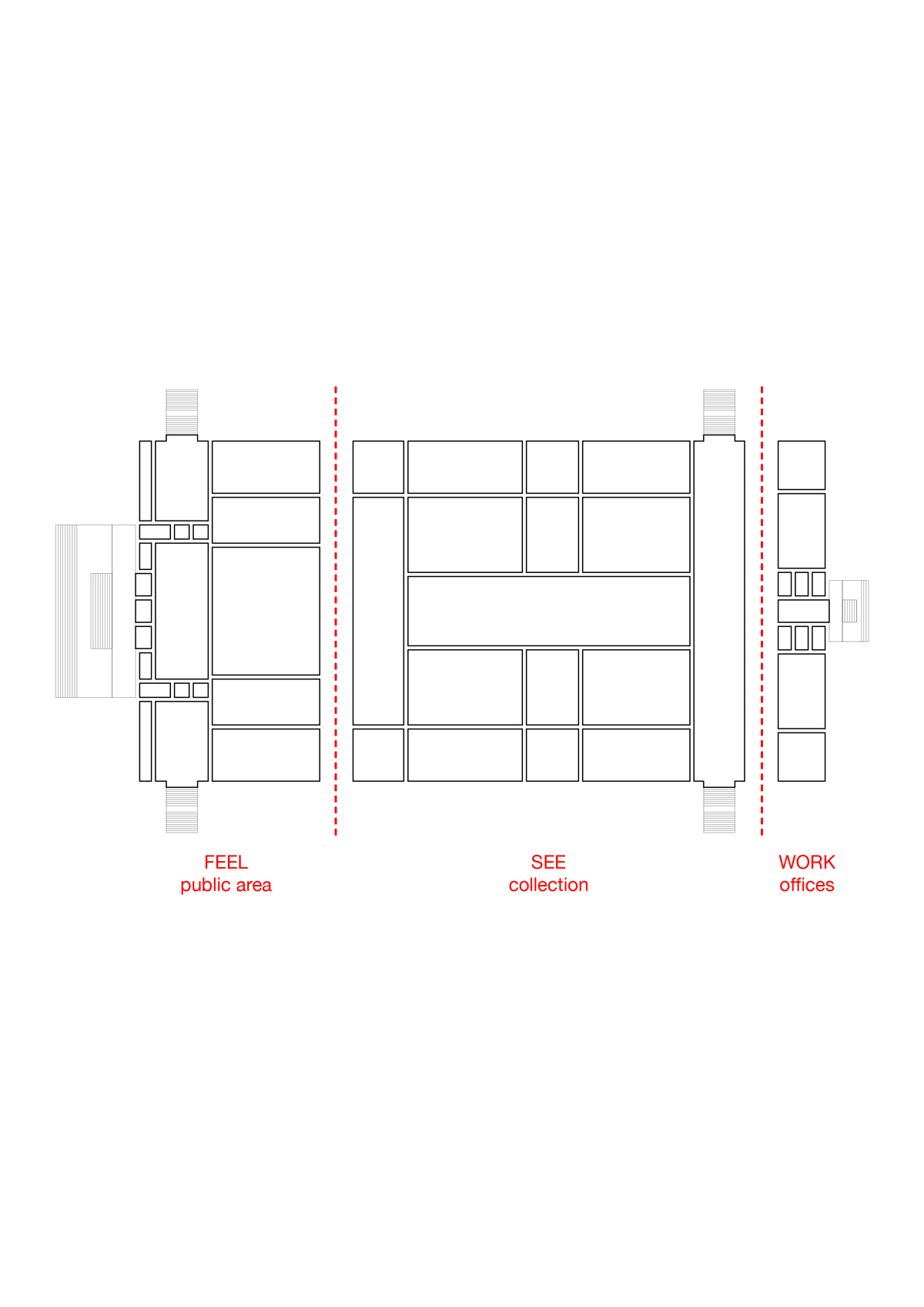 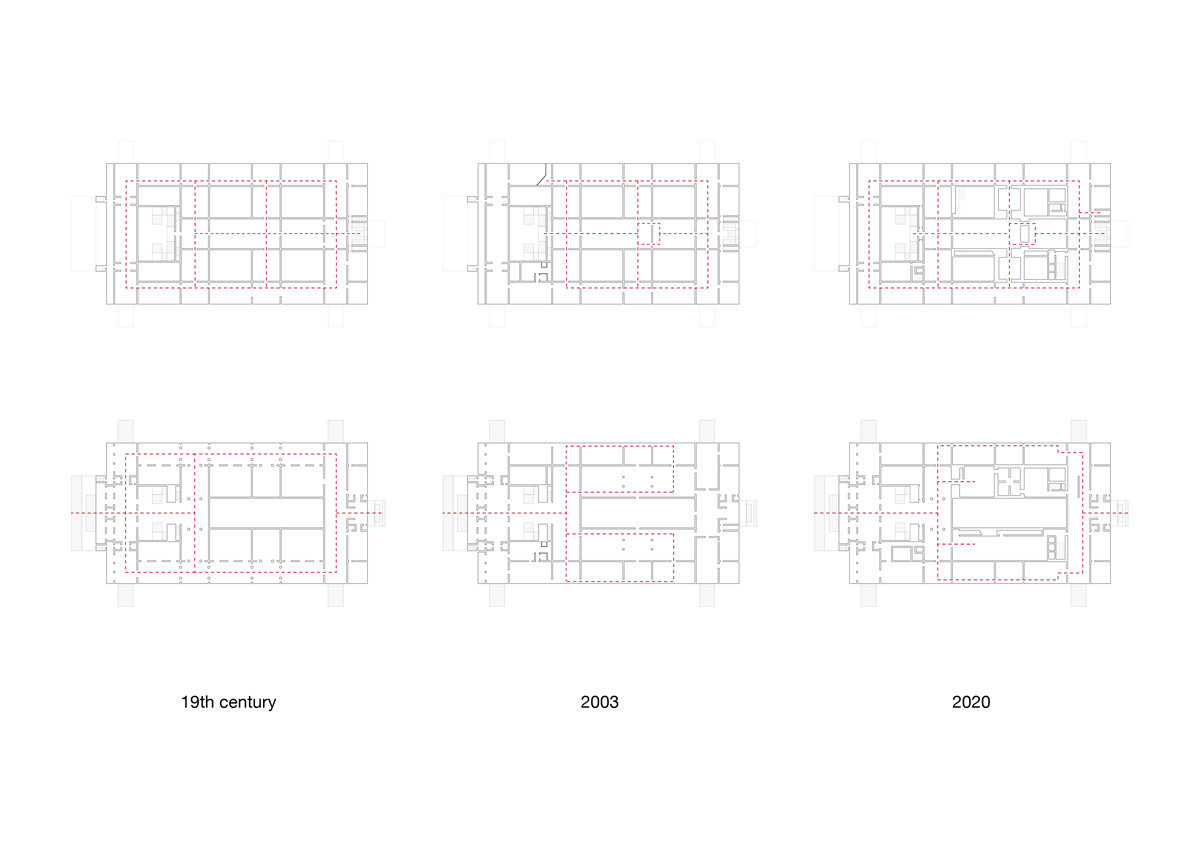 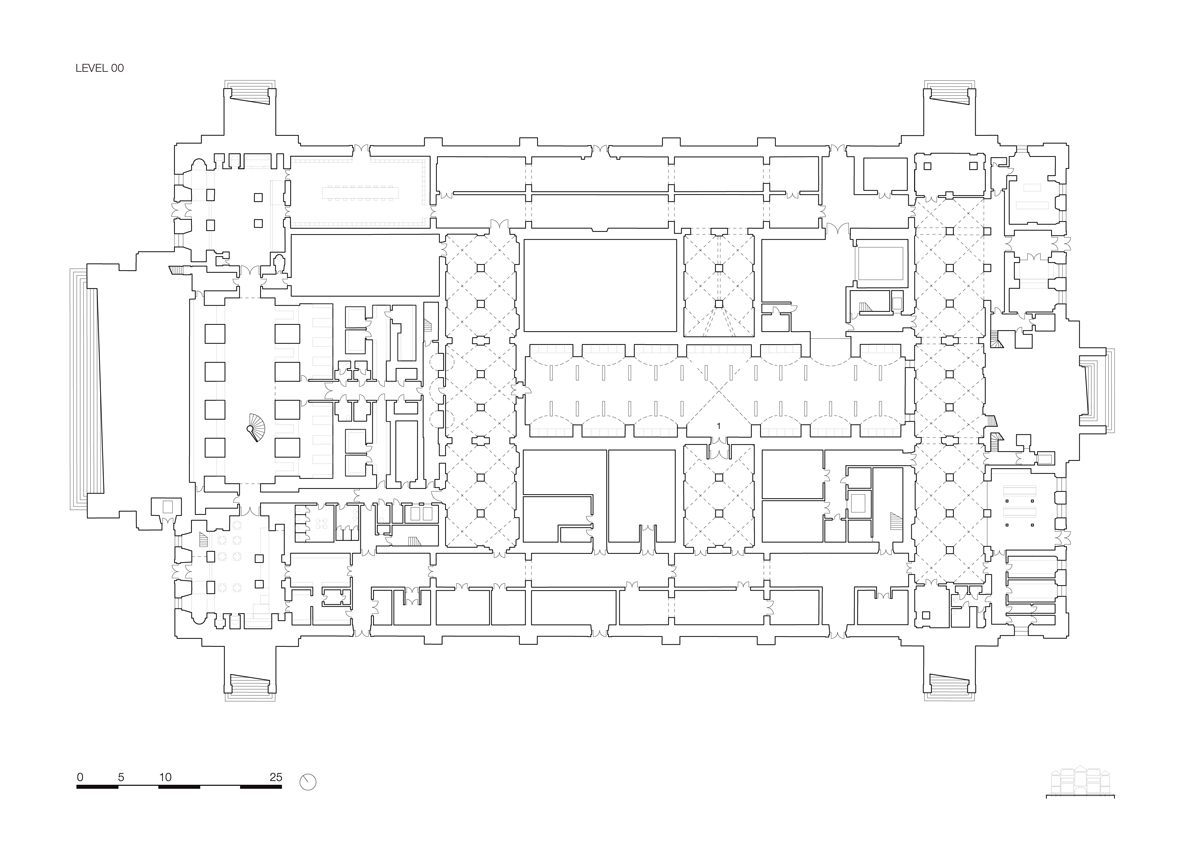 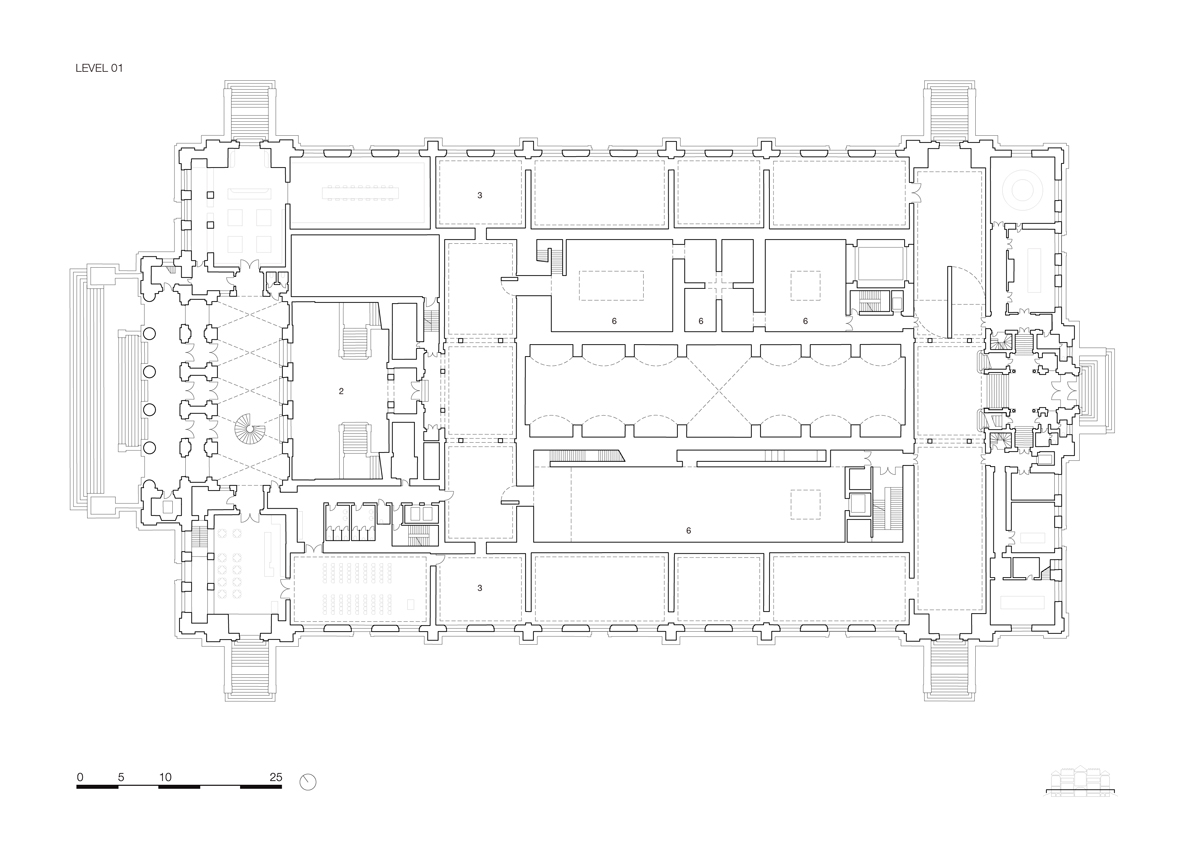 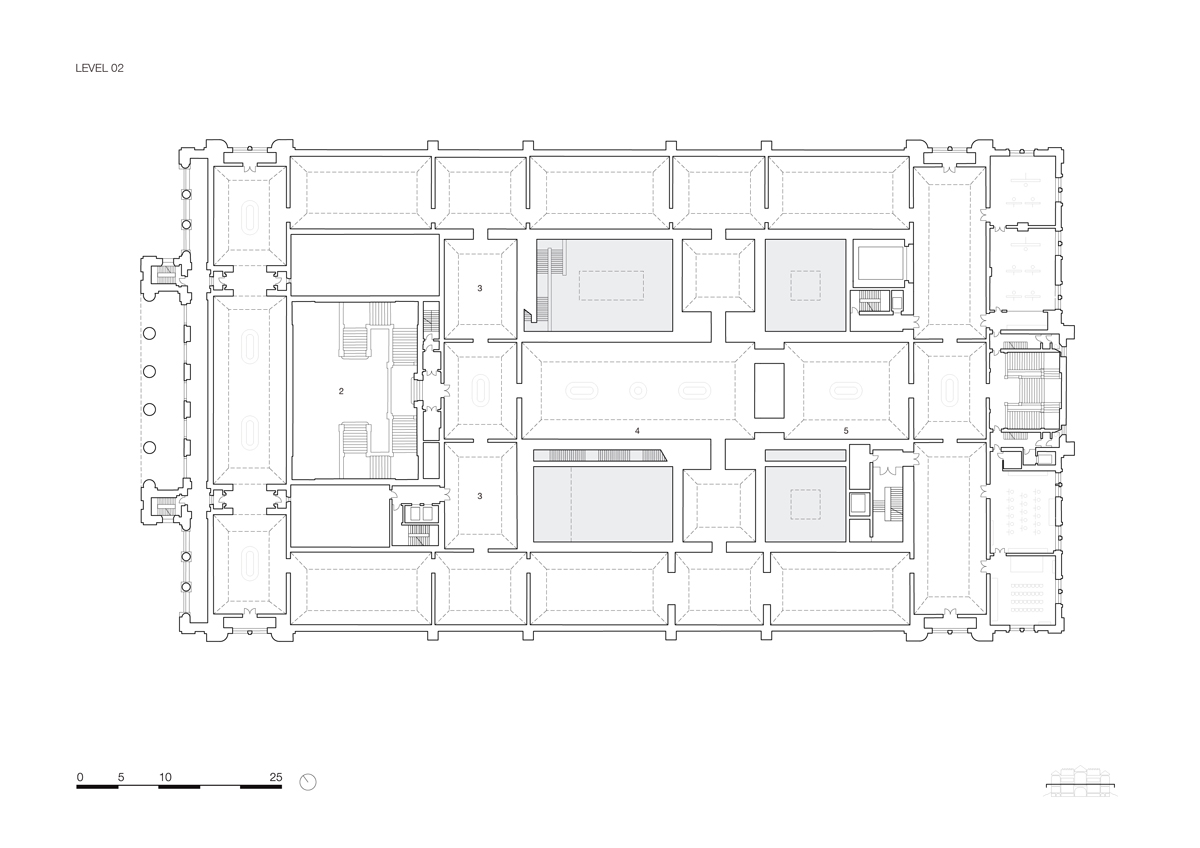 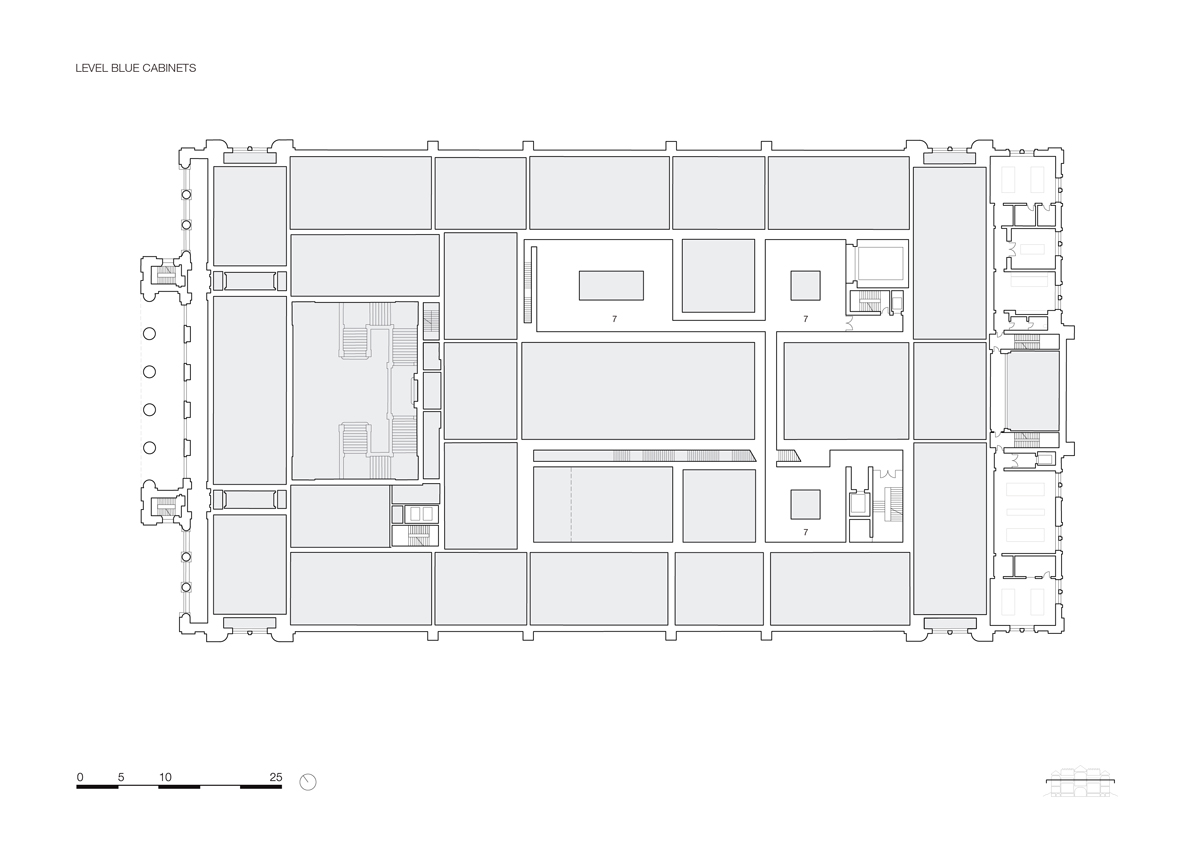 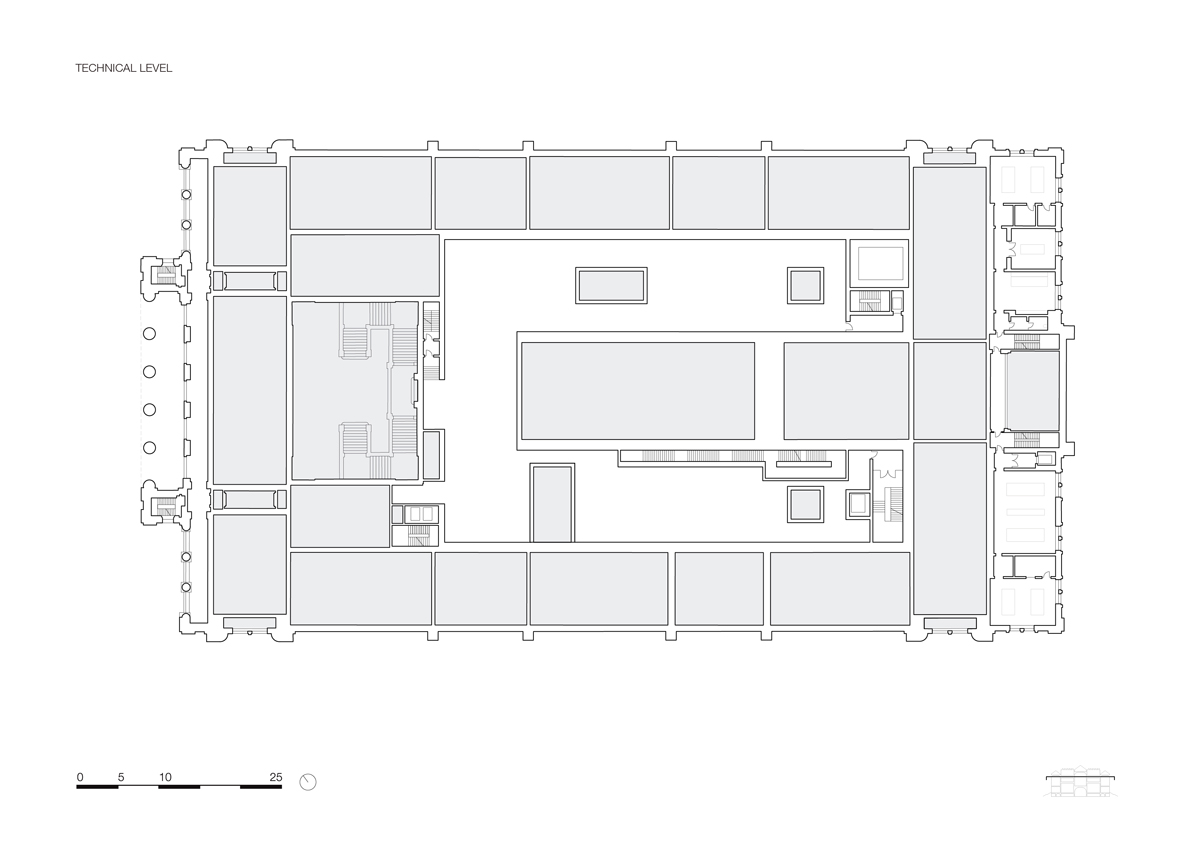 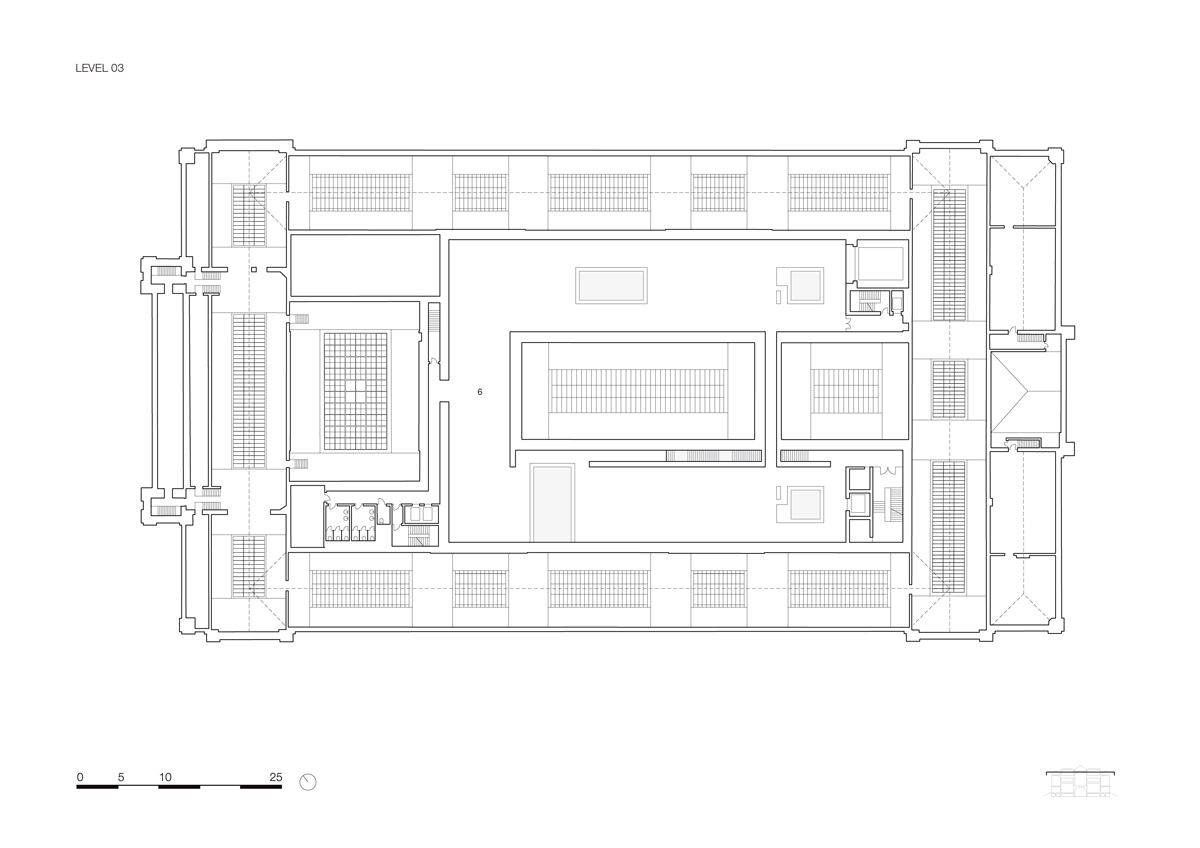 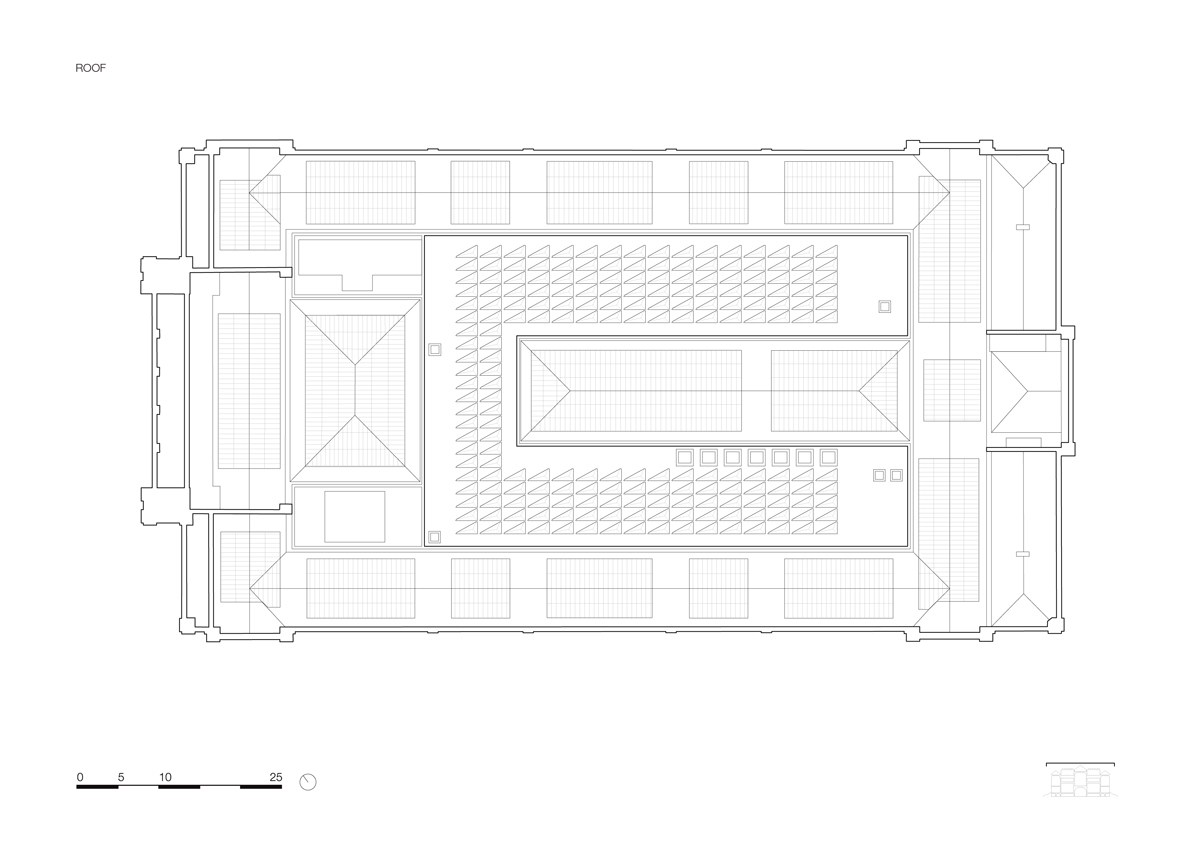 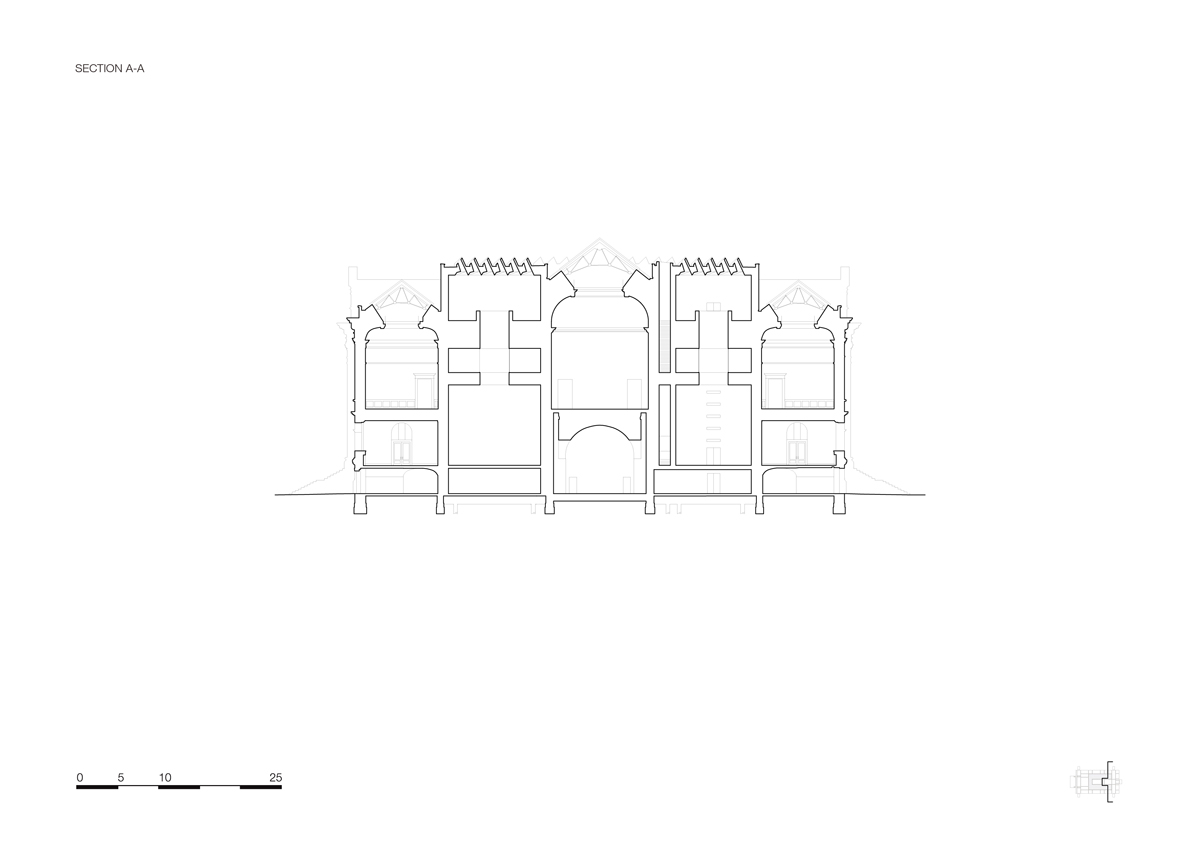 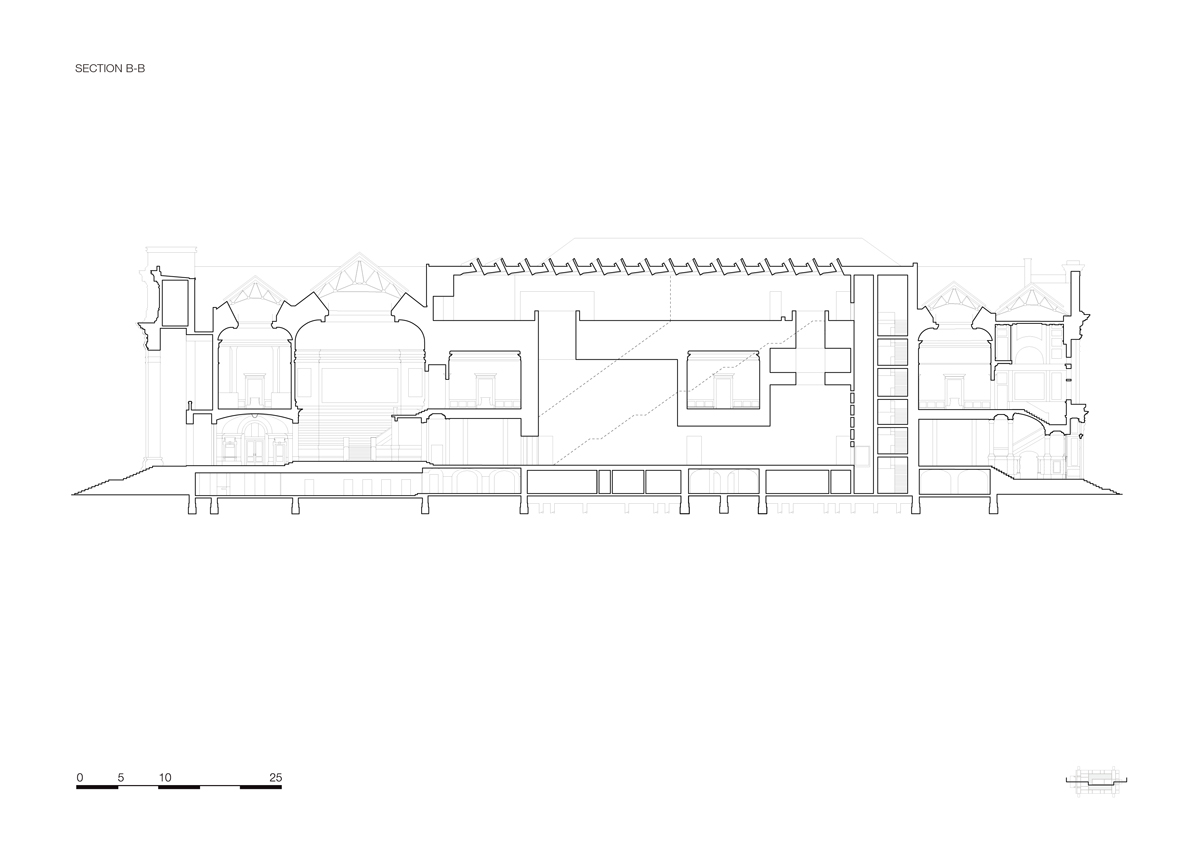 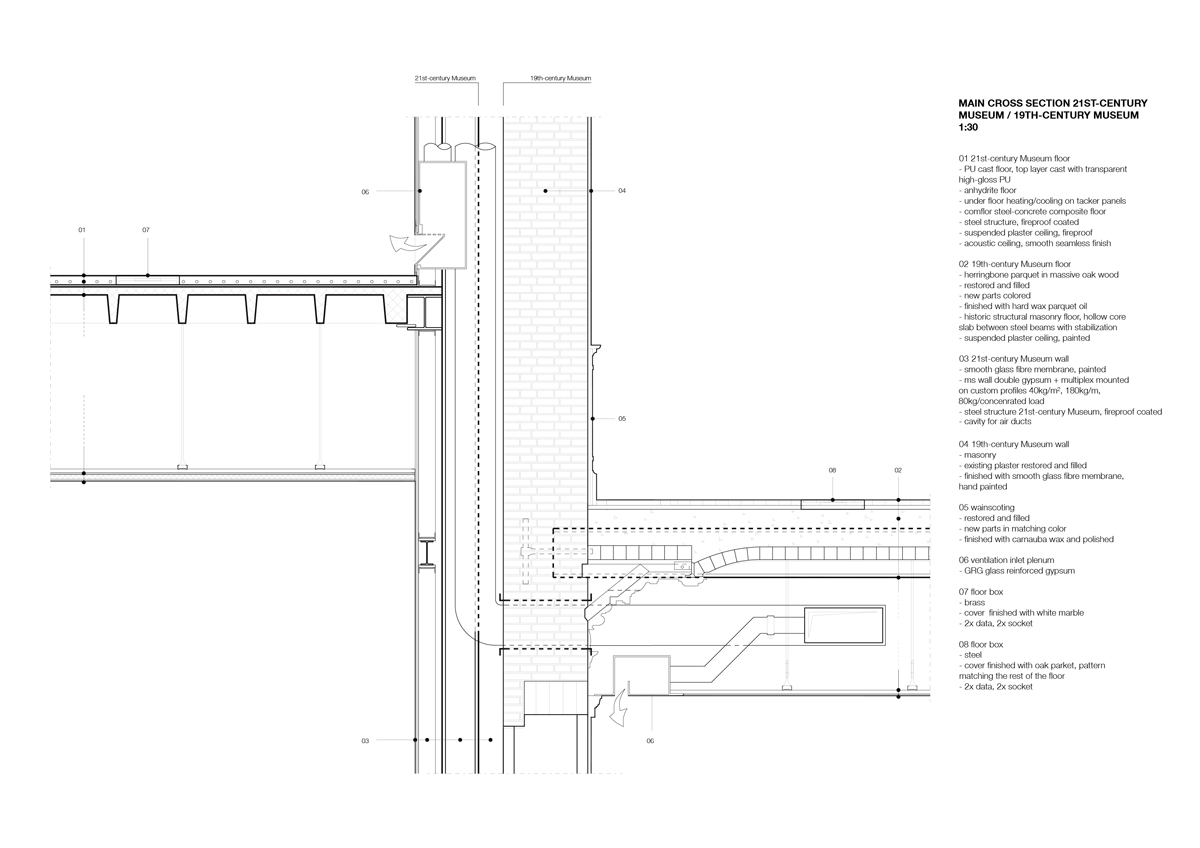 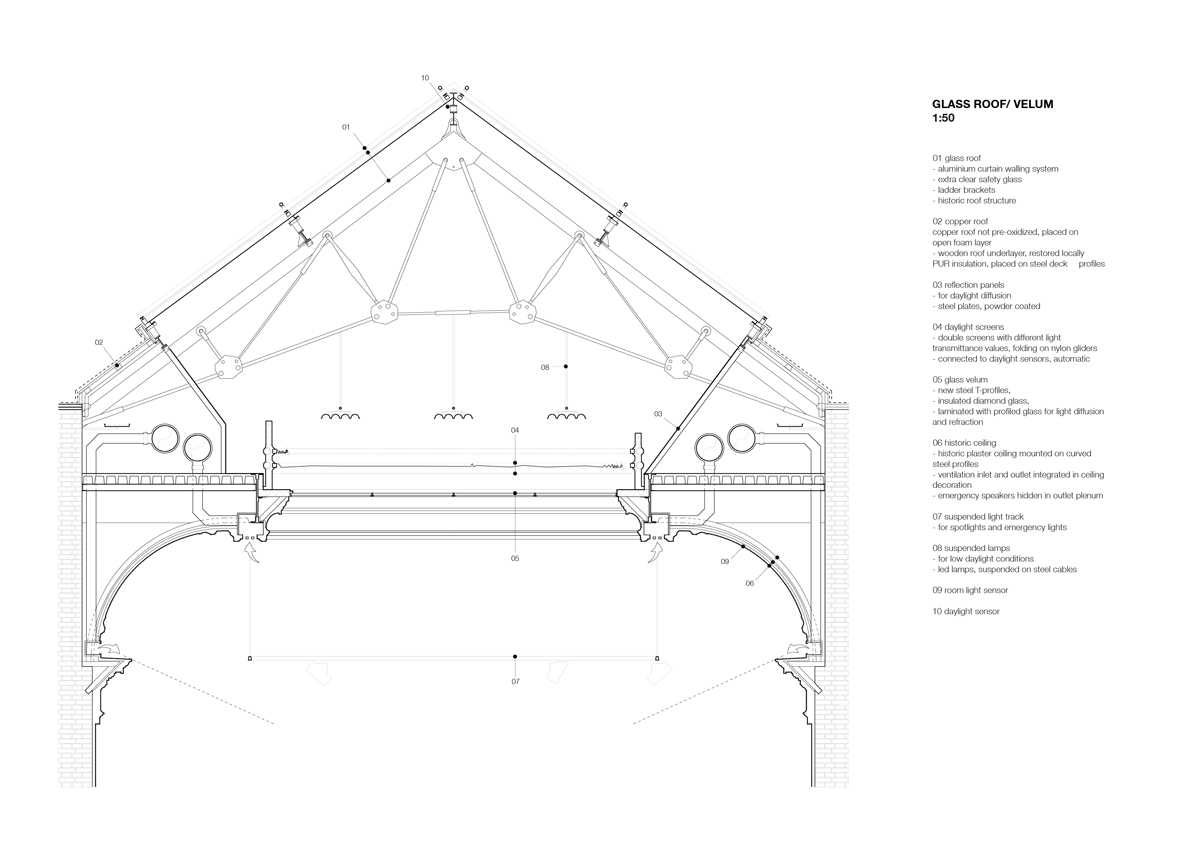 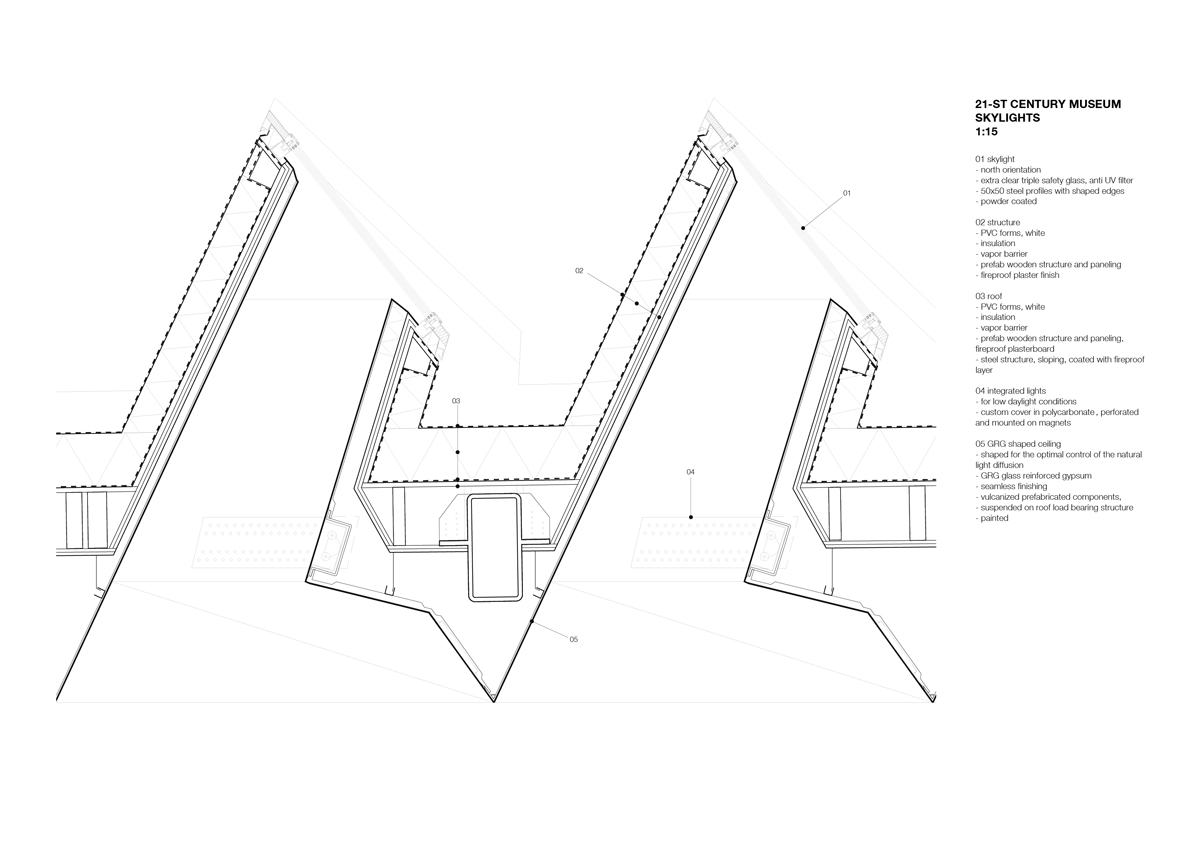 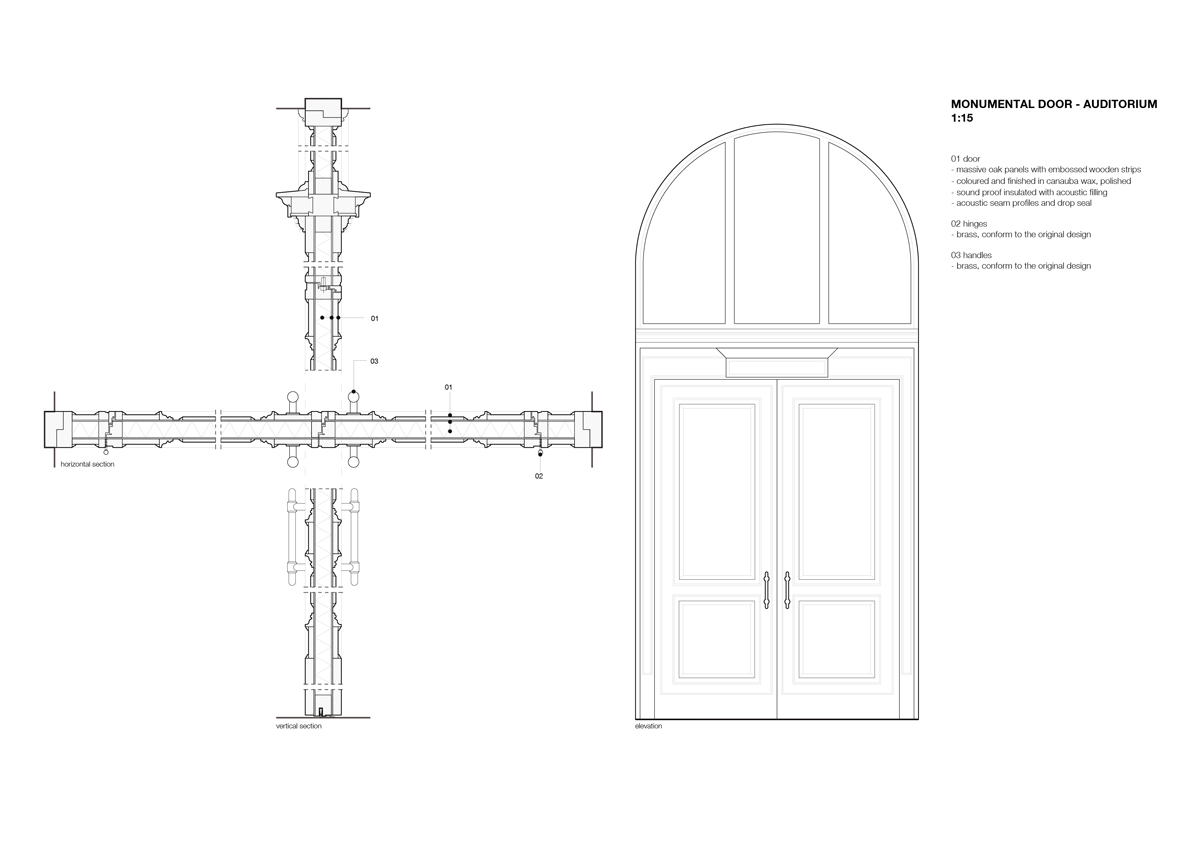