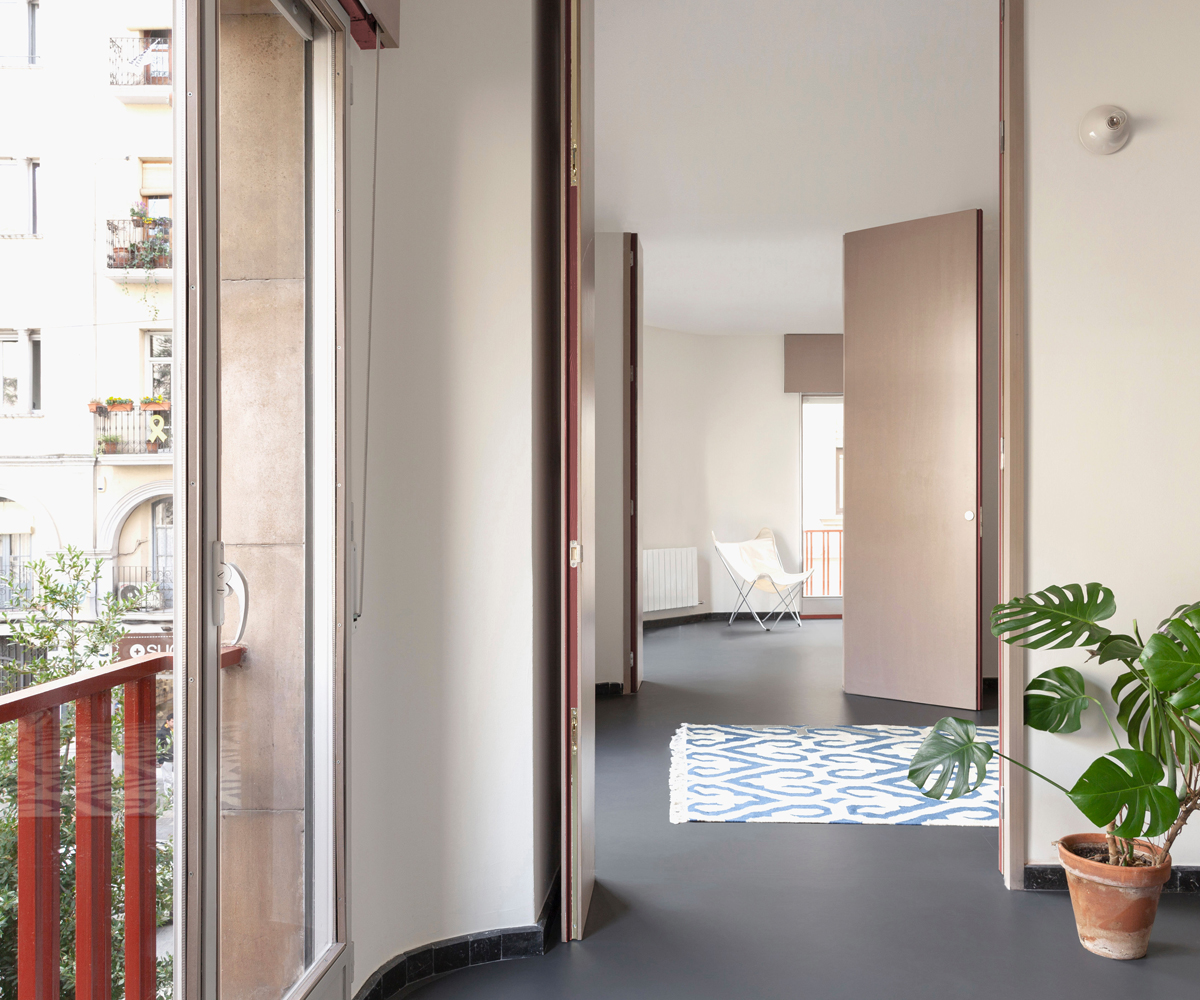 The aim of the refurbishment at Casa Modest Ulier was to accommodate an old apartment to the needs of the clients by through a minimal intervention reorganize its spaces, allow more flexibility in its inhabitation and provide new kitchen and bathrooms. Casa Modest Ulier represents one of the finest examples of realist Catalan architecture of the fifties and the intervention also aimed to maintain its existing qualities and to draw new ideas based on the as found. Well known for its sequences of rooms along the street and its artificial stone cladded facade, the proposal introduces new connections between rooms, allowing different circulations inside the apartment, long views and a perception of a big space through enfilades. Referring to its materiality, its original metal window frames and black marble skirting were refitted and reused while existing colours and compositions of the facade were introduced and rework as themes for the areas of kitchen and bathrooms. The refurbishment at Casa Modest Ulier represented an exploration on working with an existing building in a small scale, being respectful with what is there, focusing on the detail and the definition of a domestic atmosphere, comfortable for its new users and in-tuned with its cultural
and historical values. 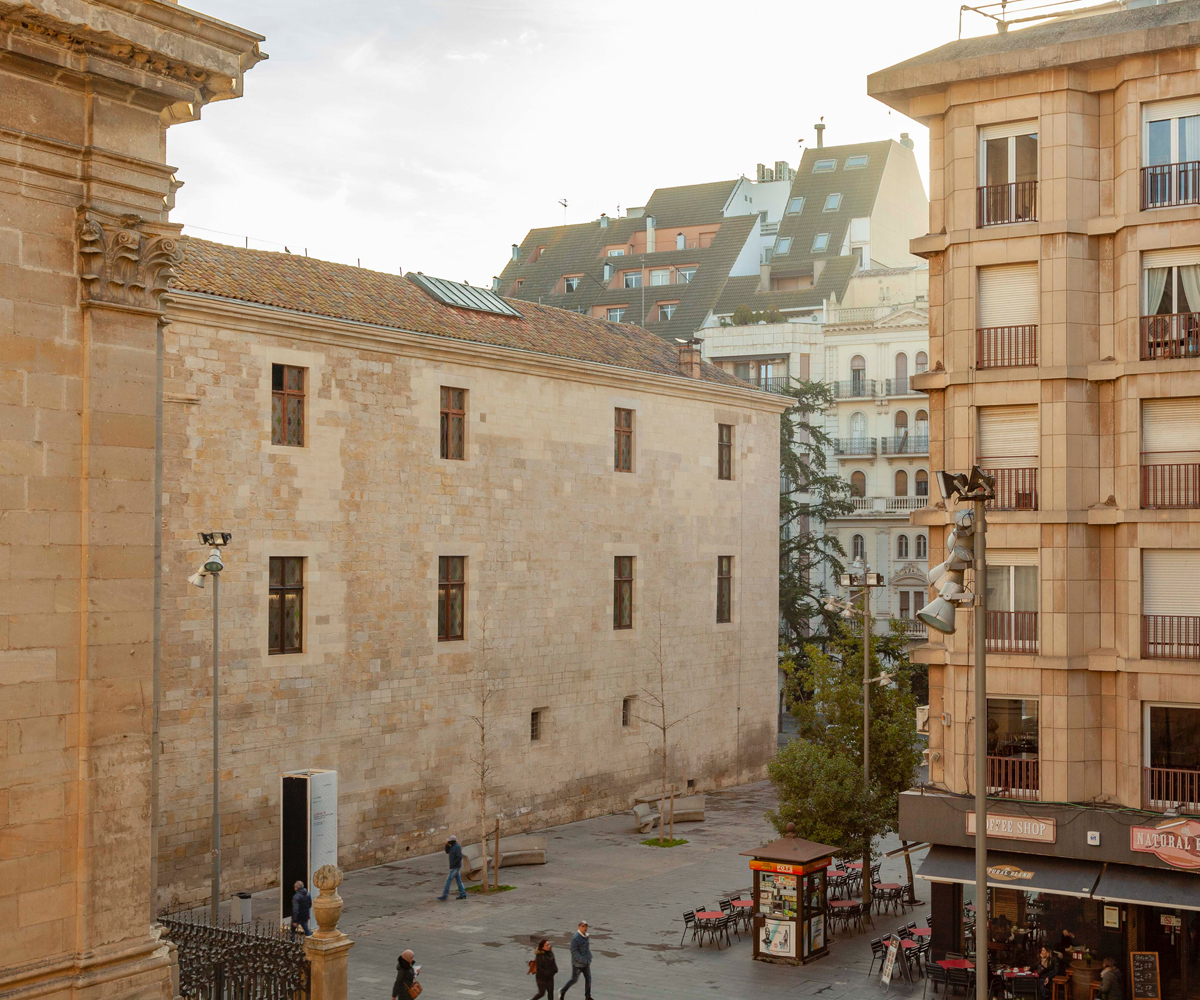 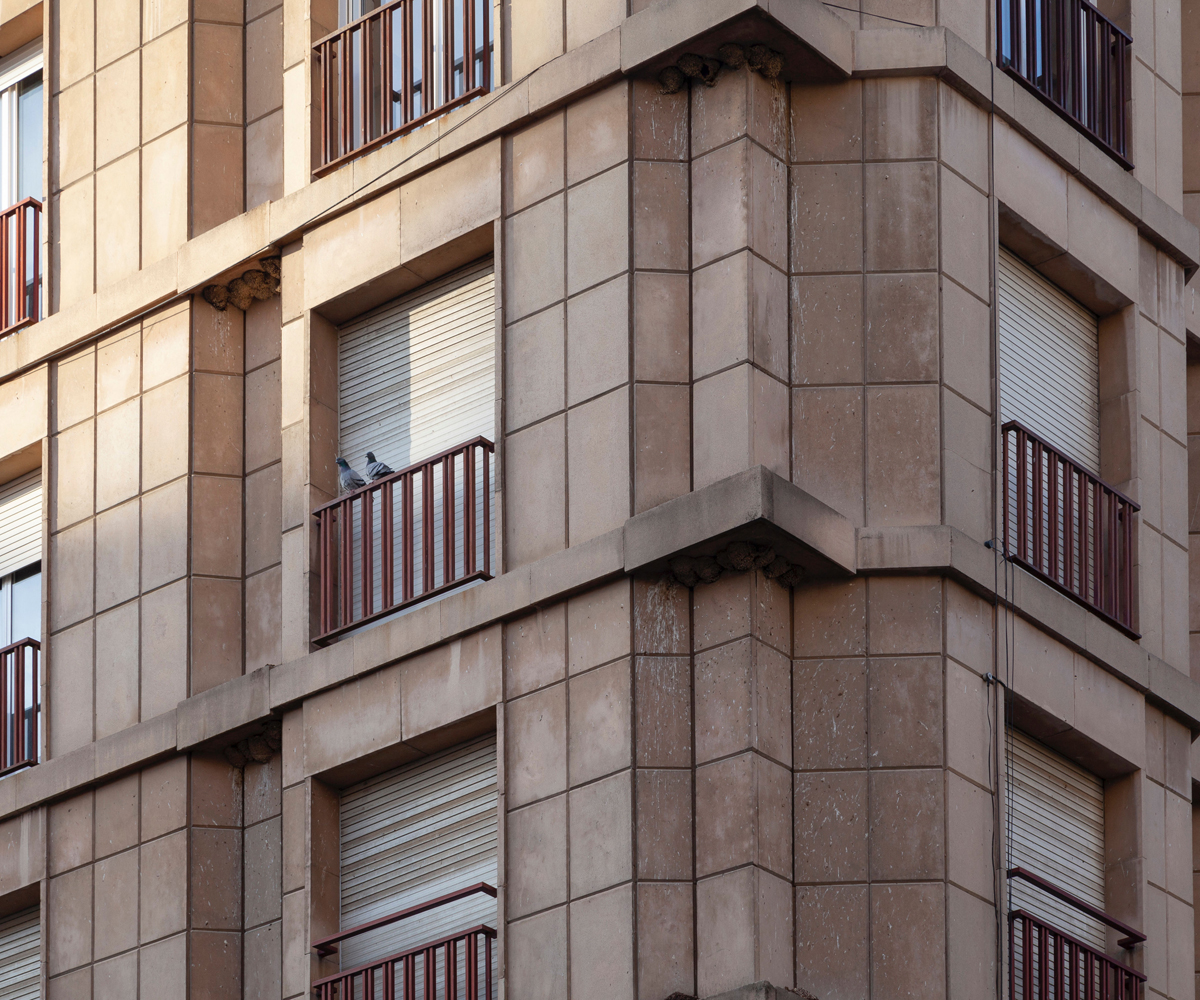 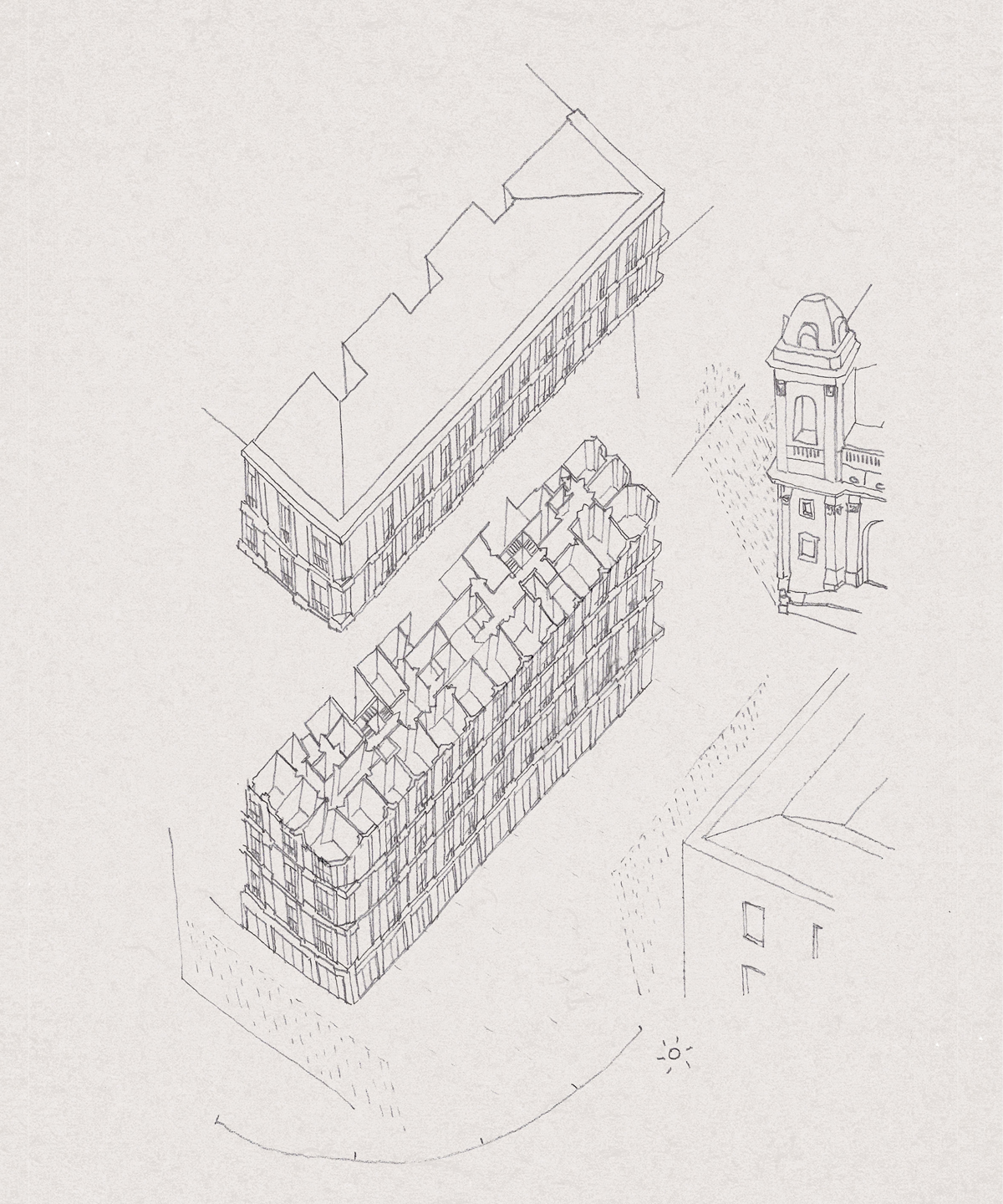 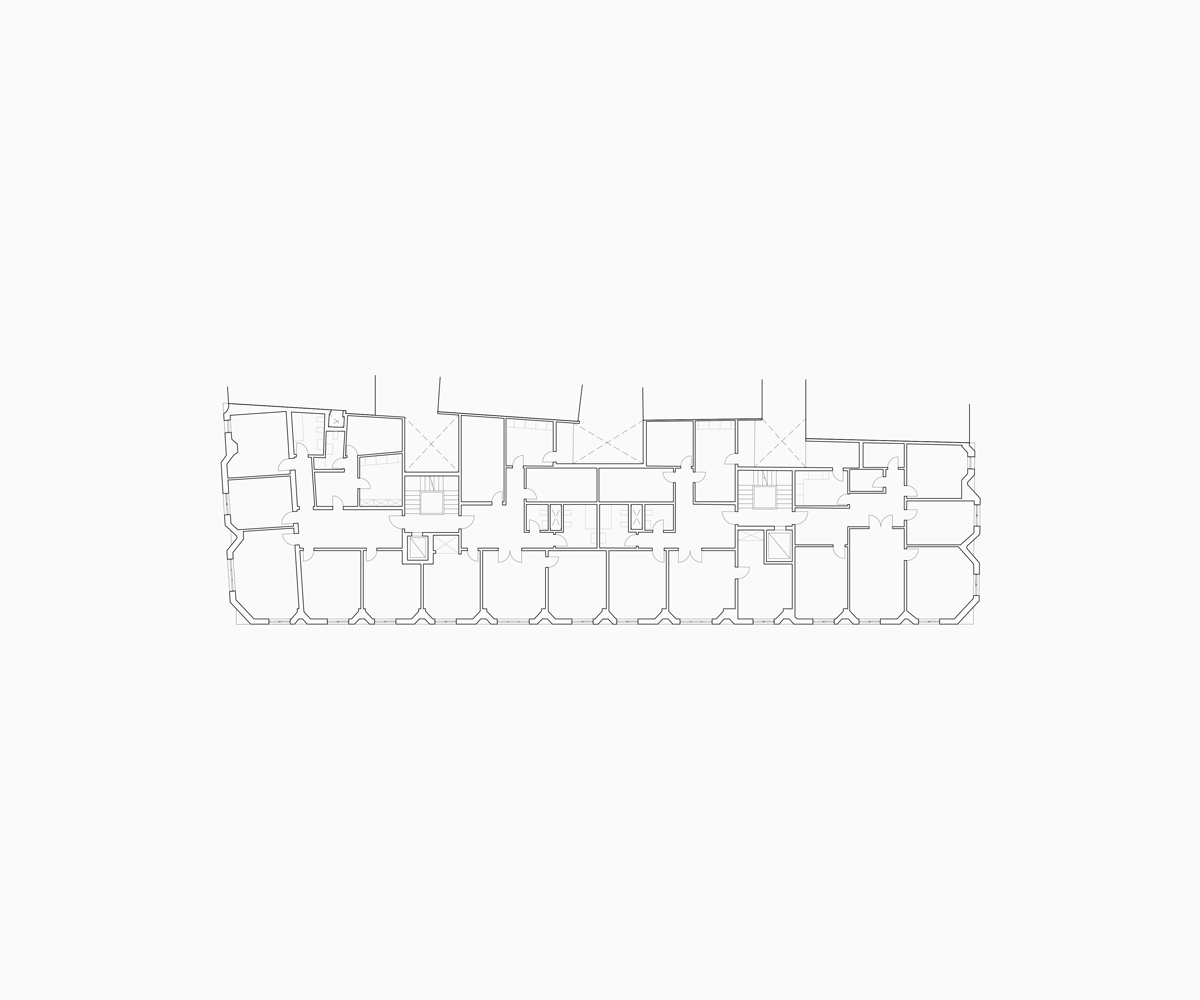 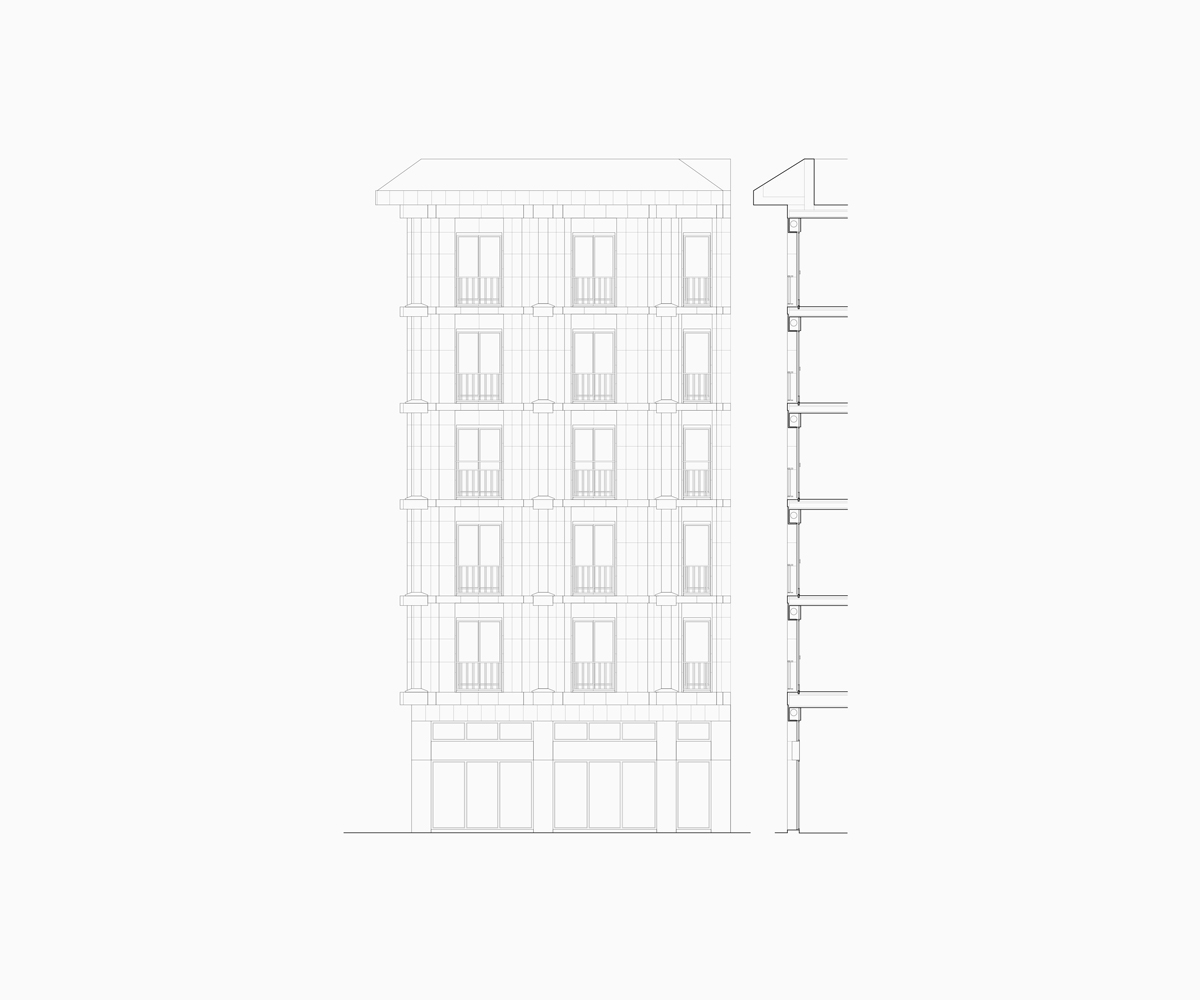 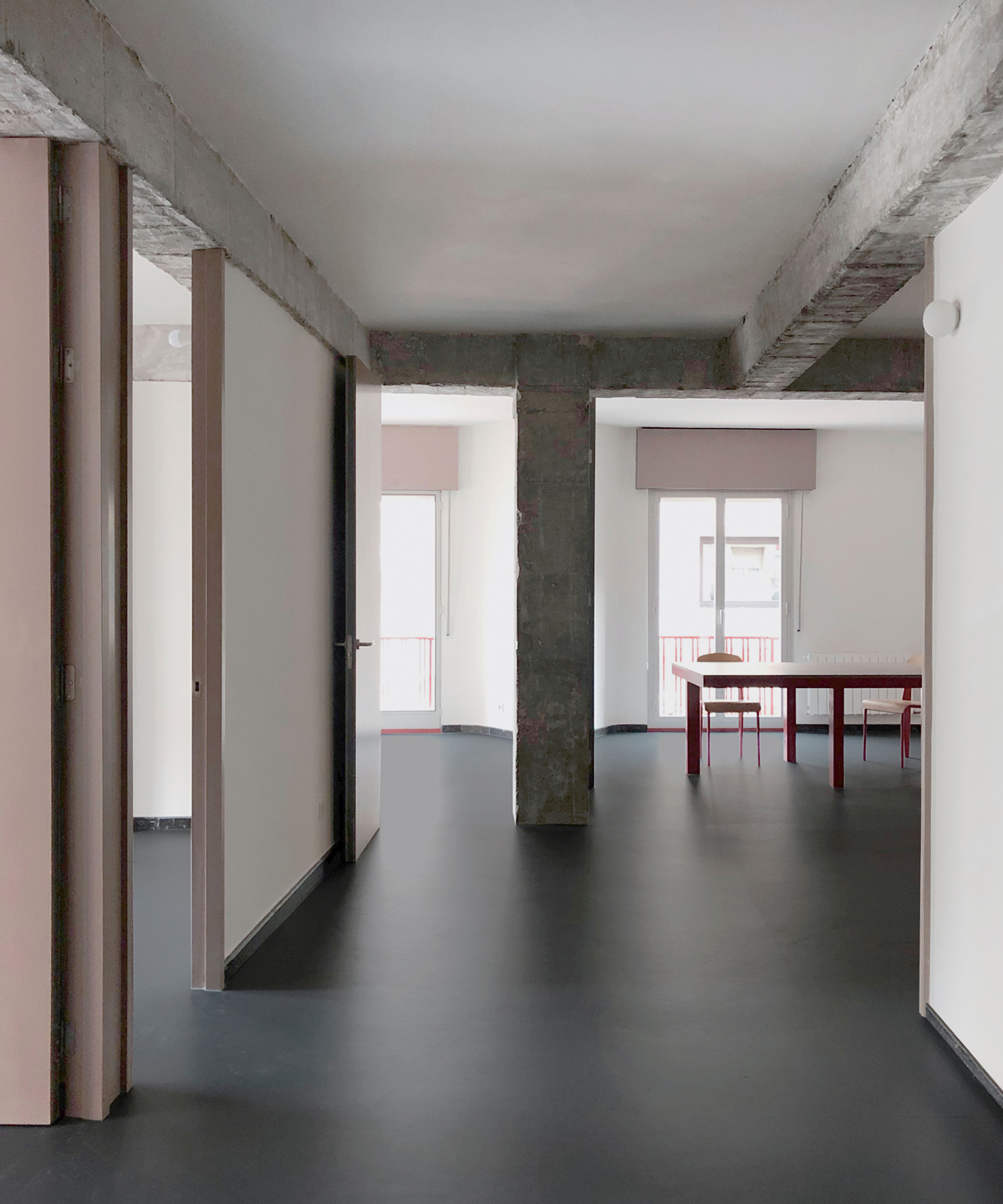 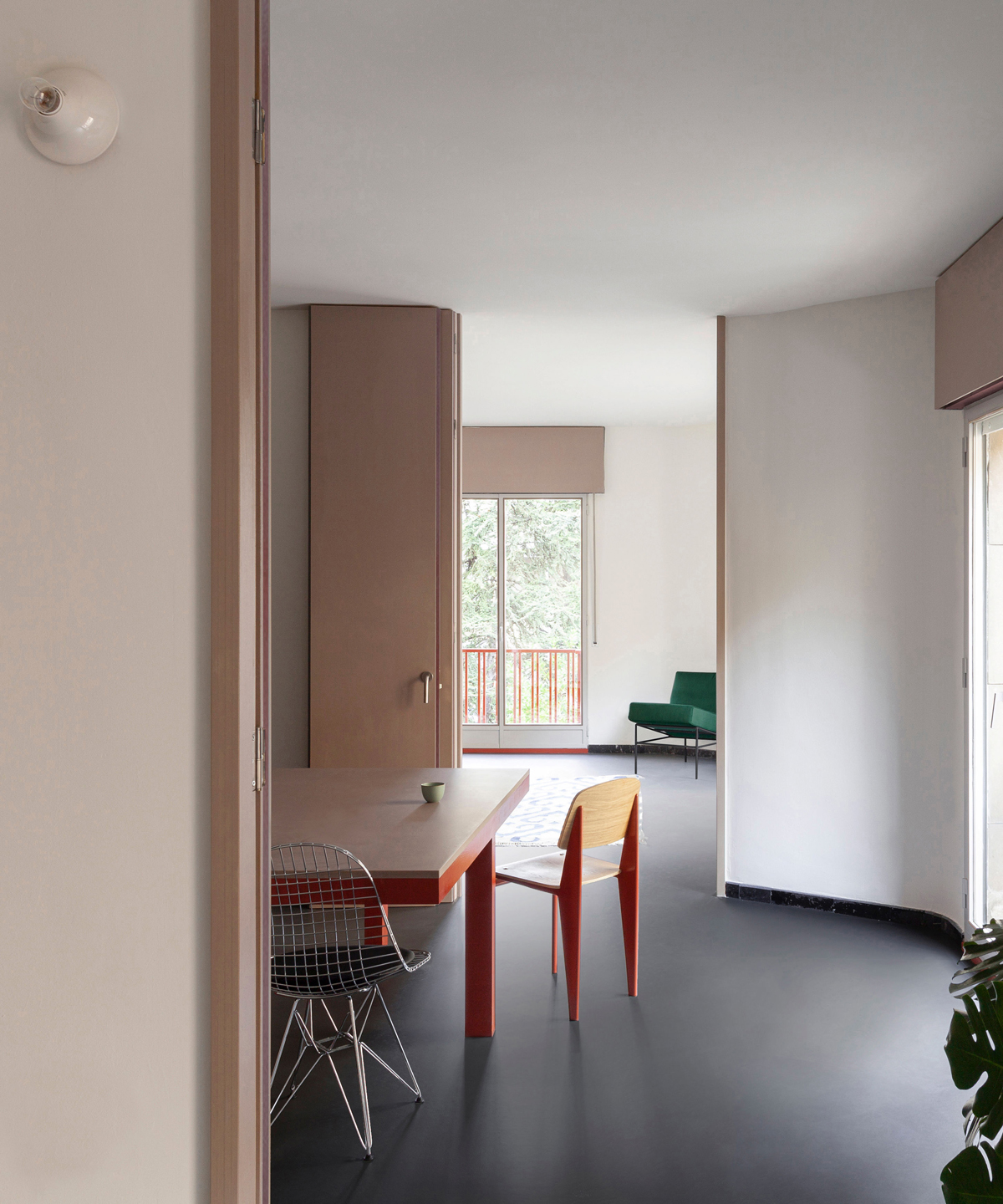 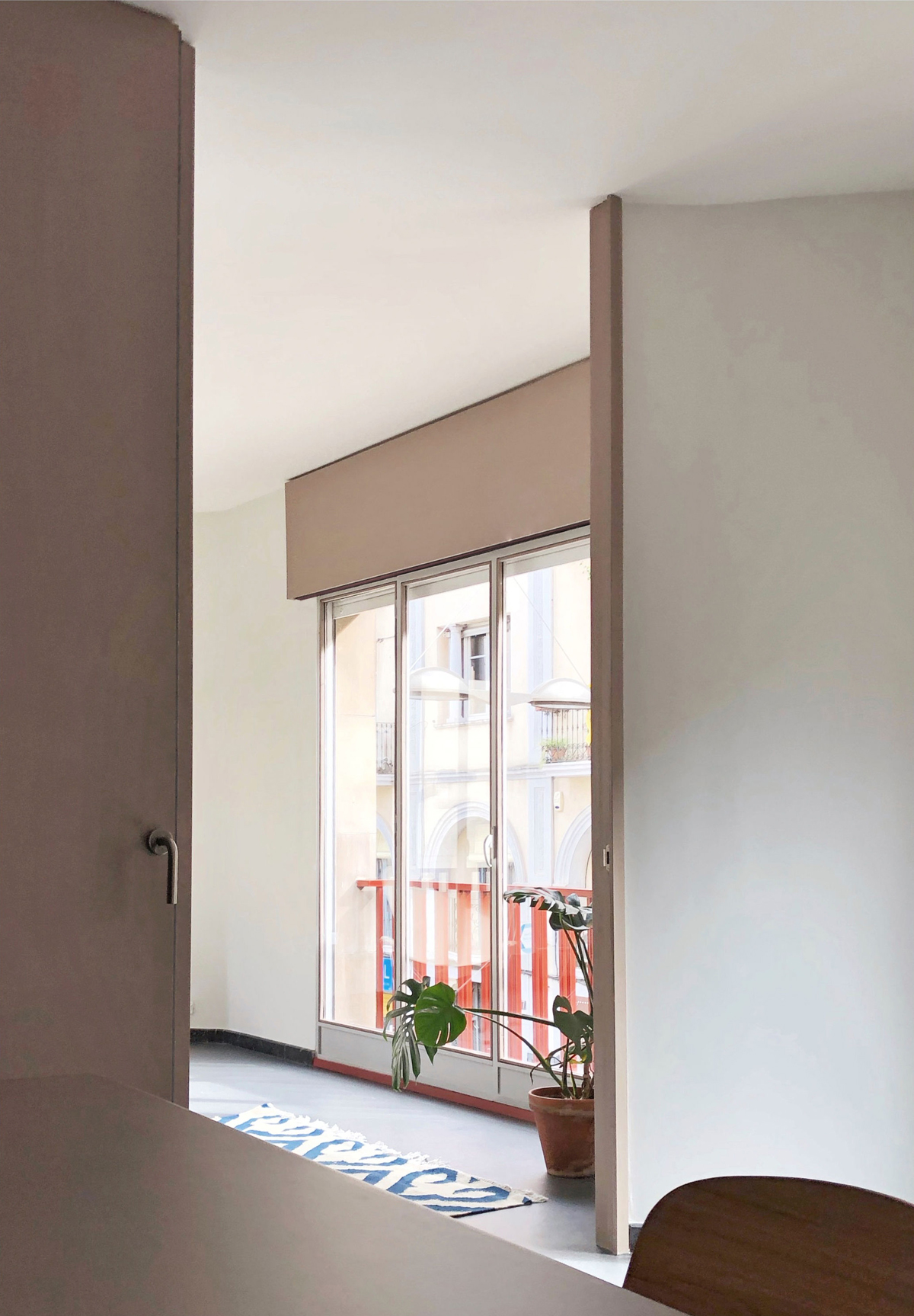 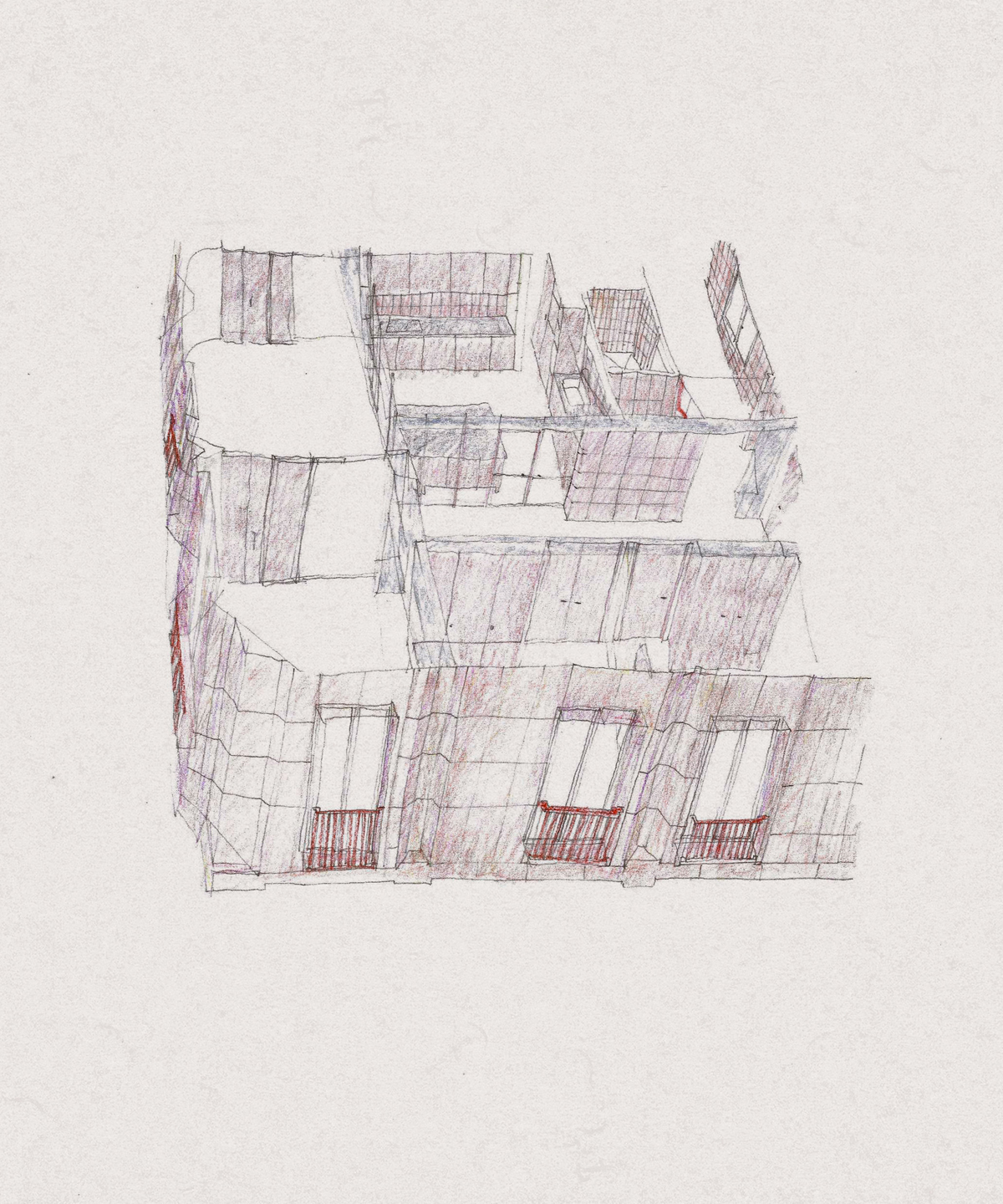 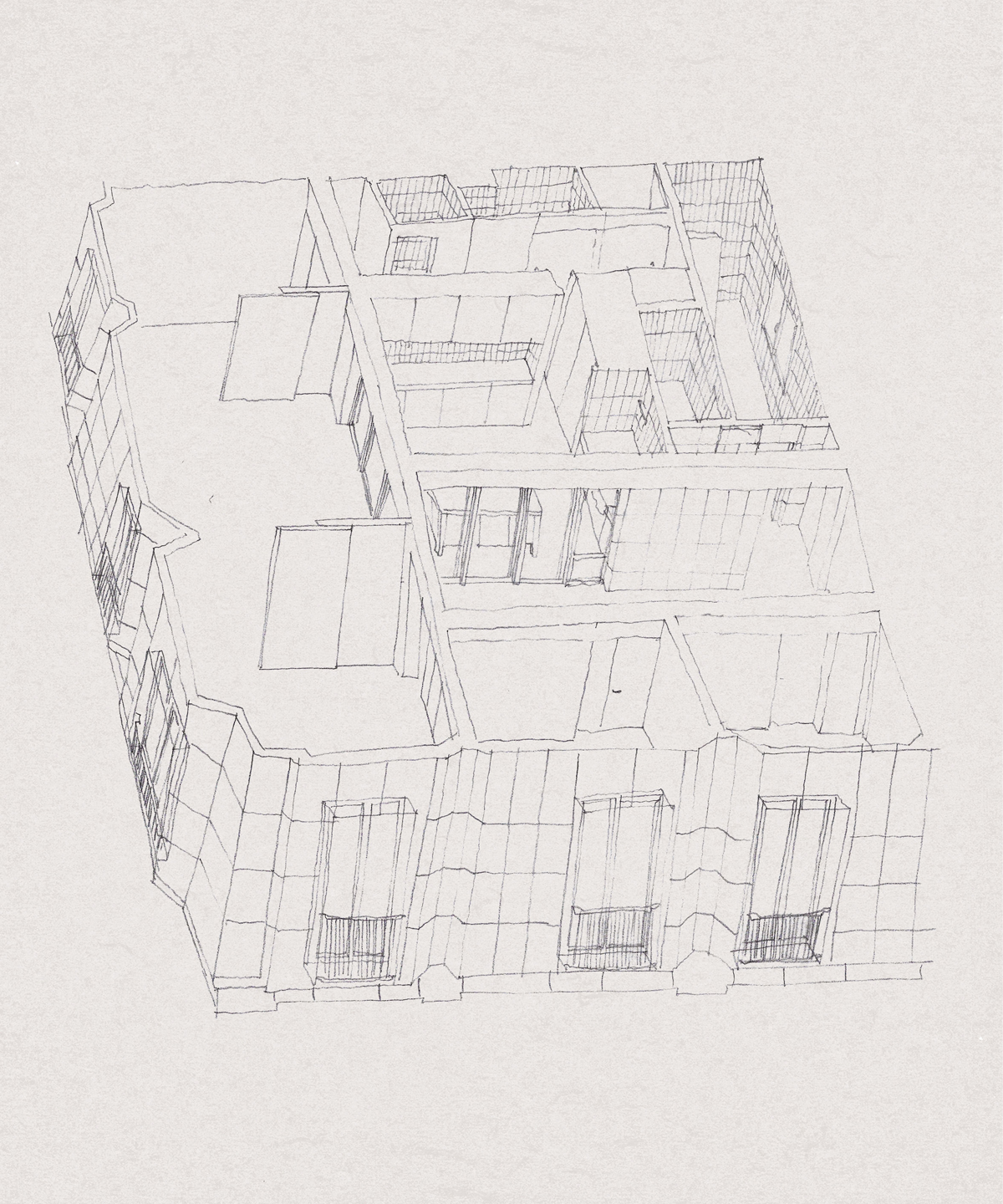 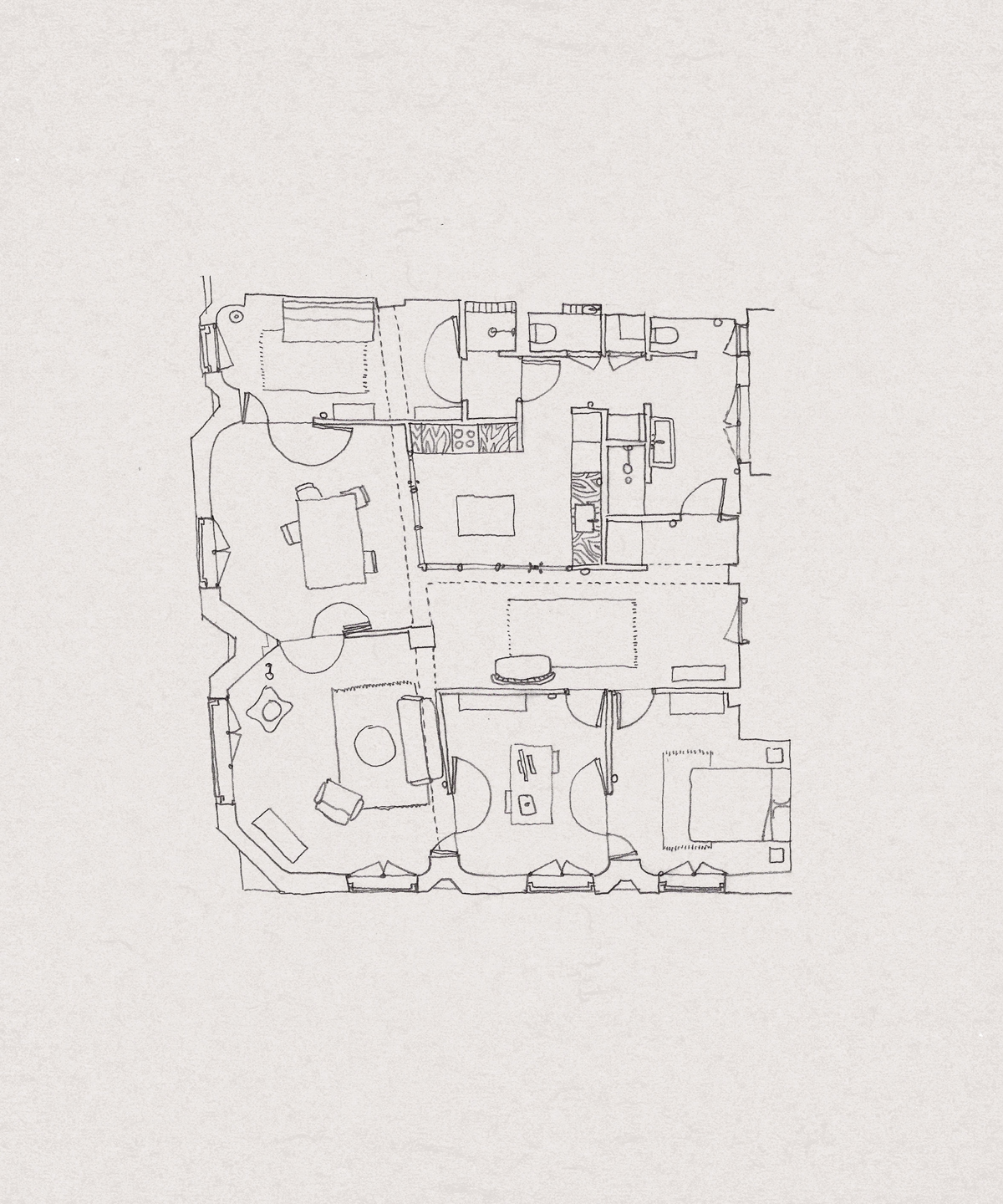 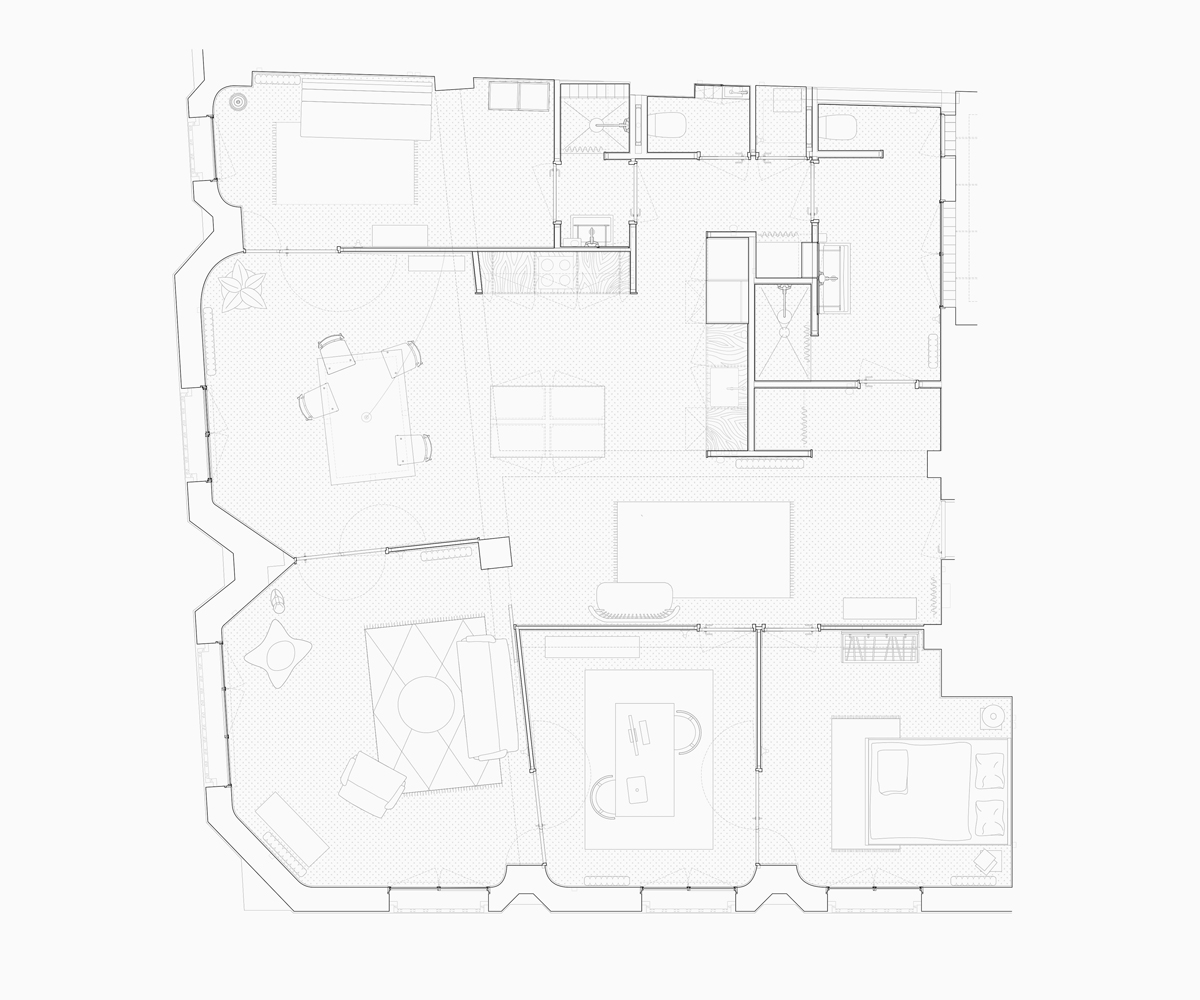 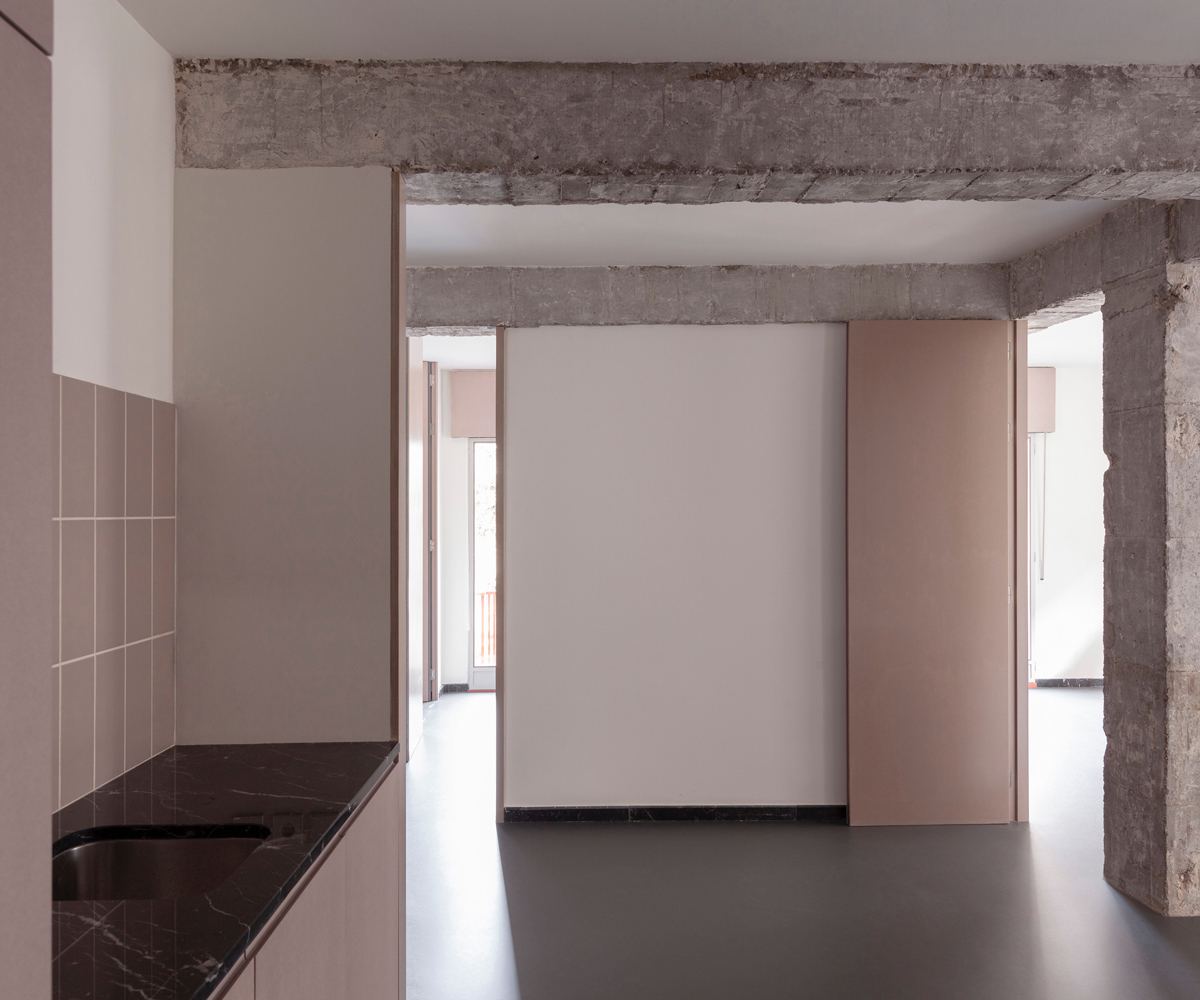 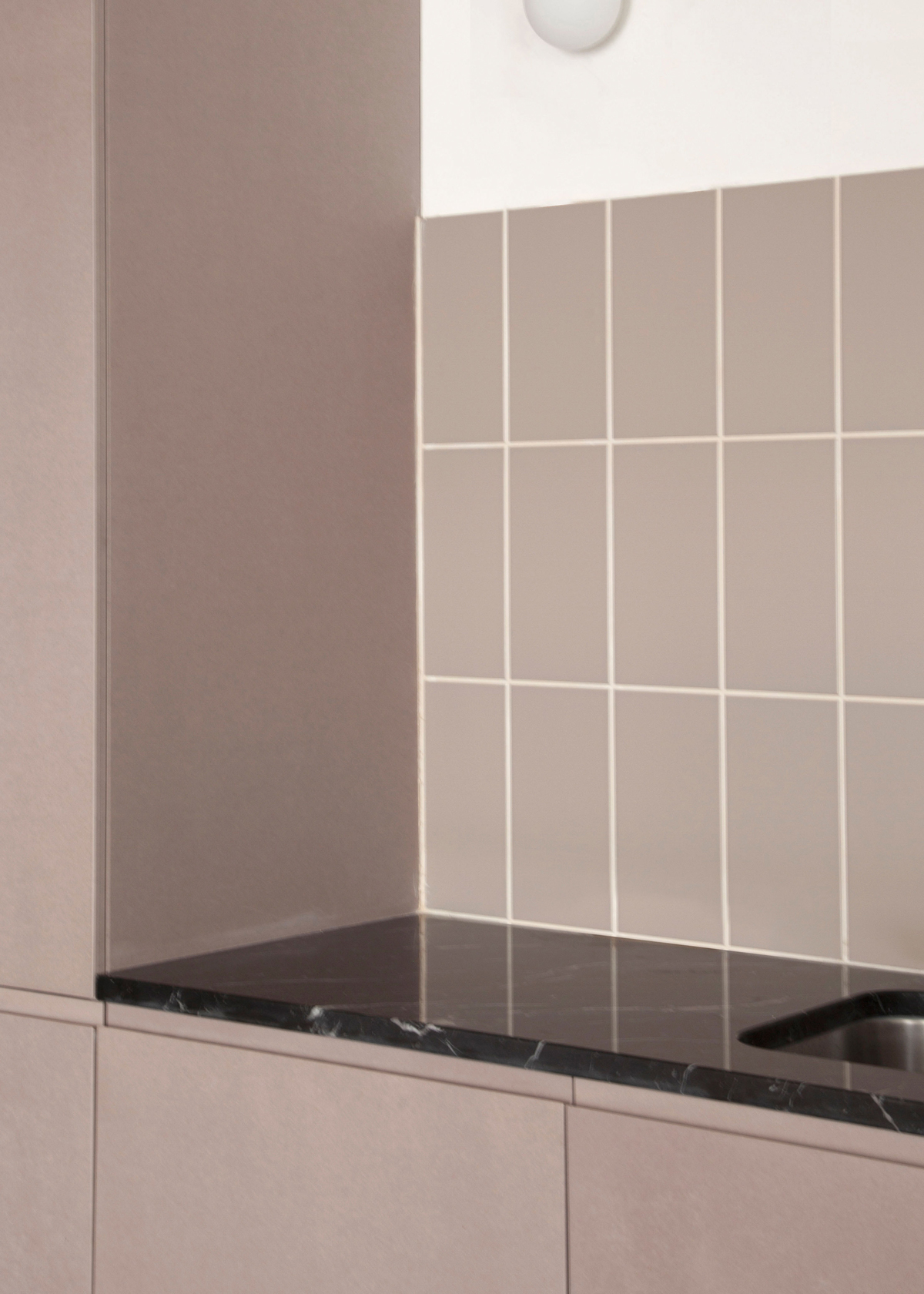 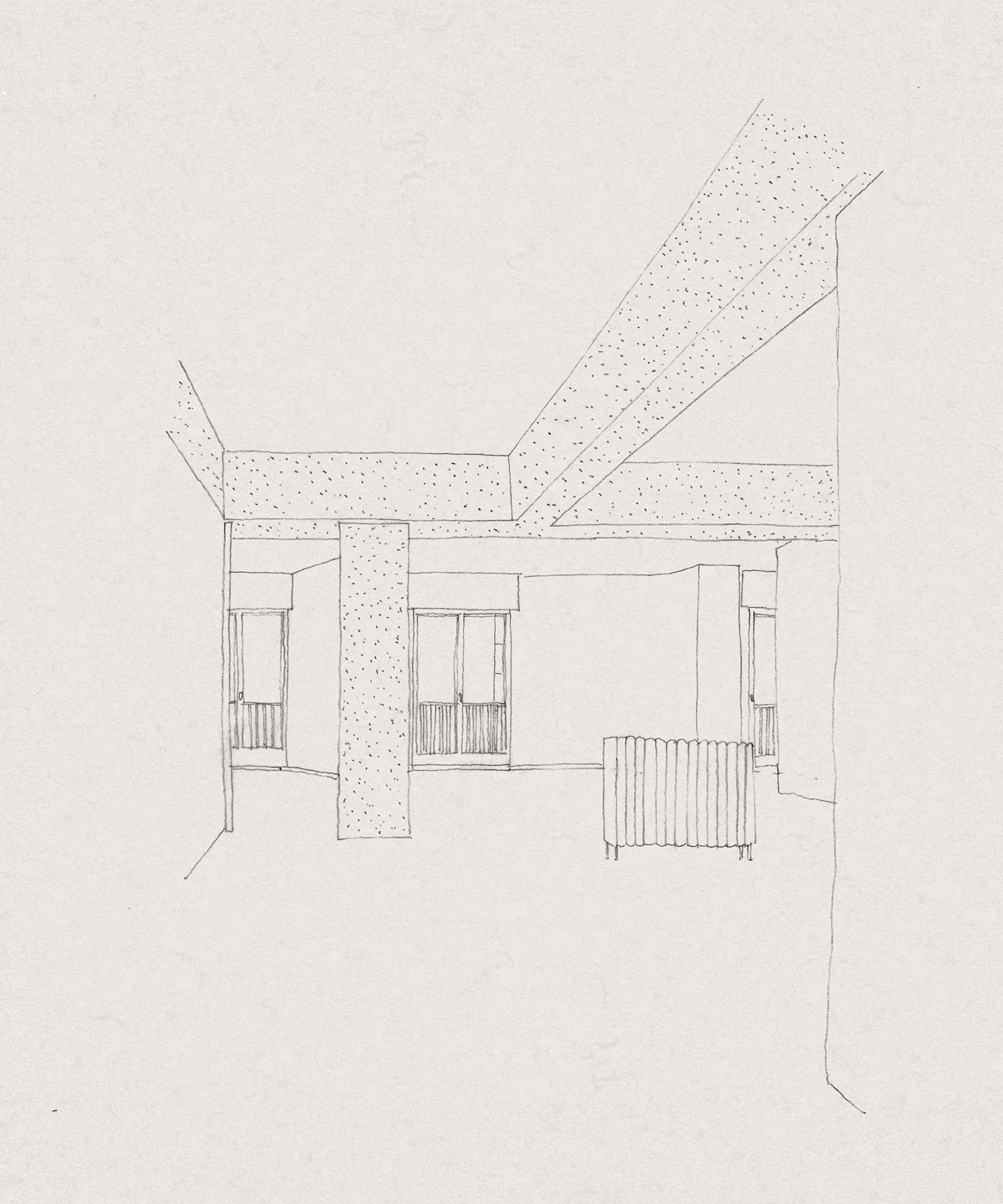 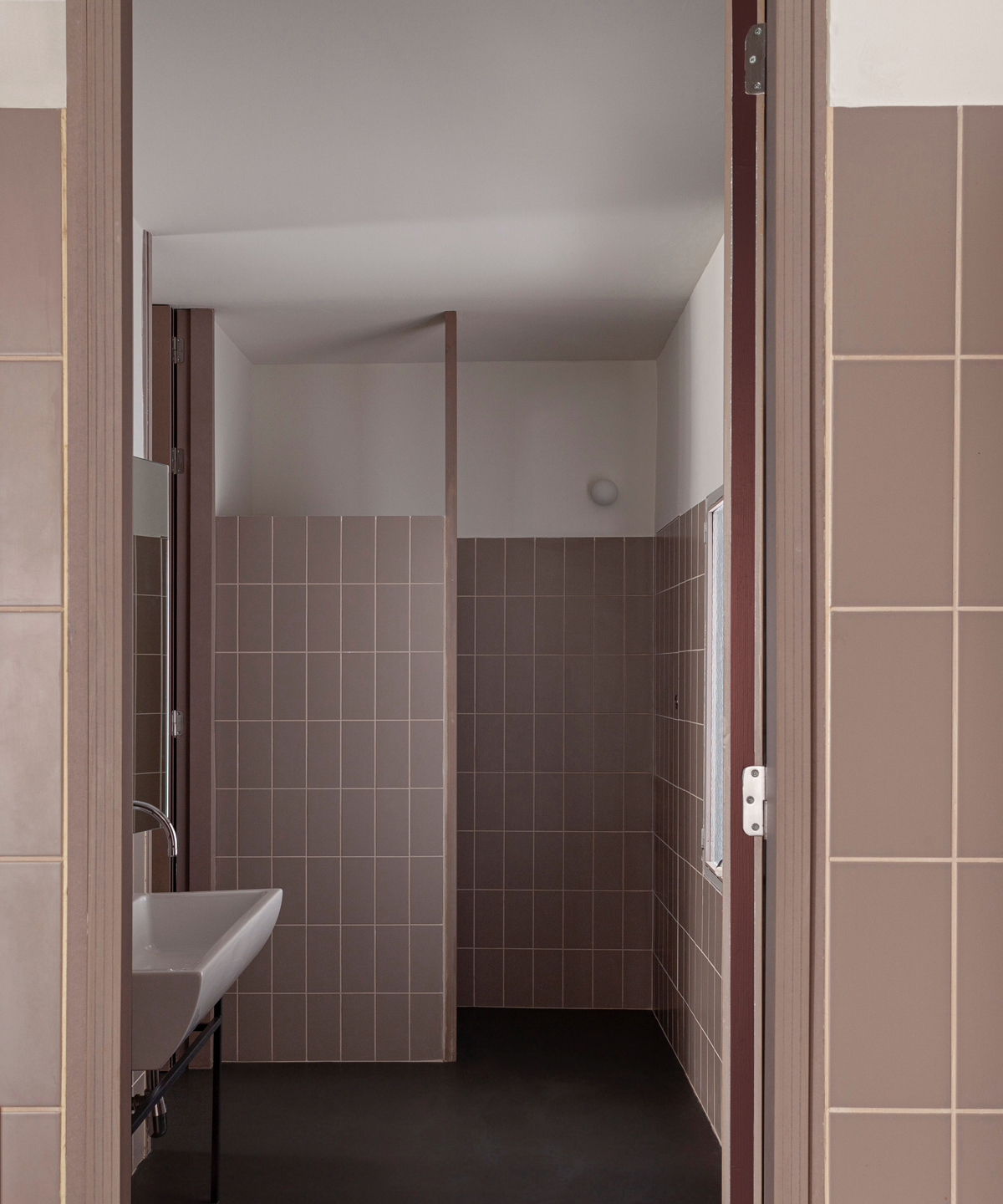 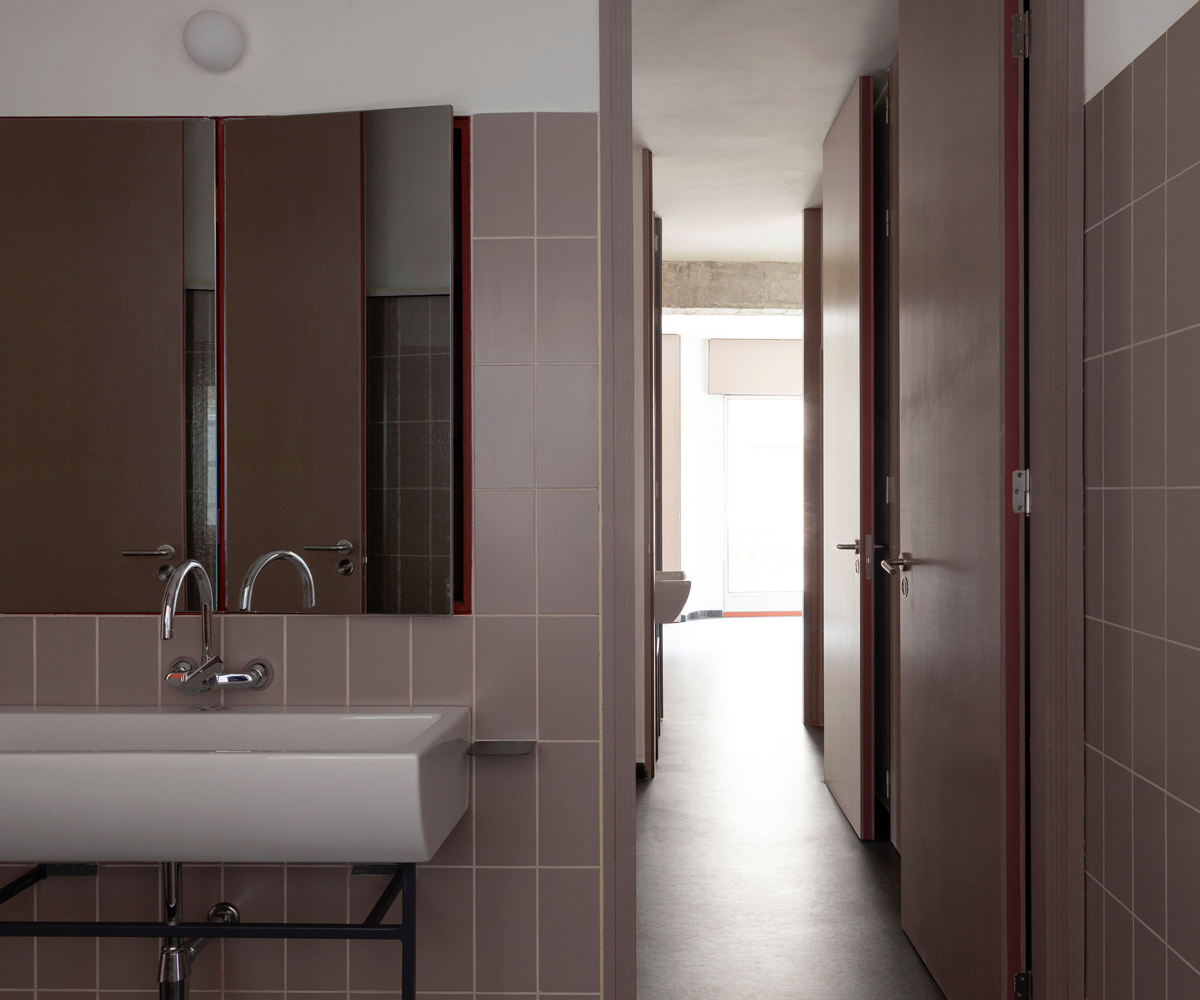 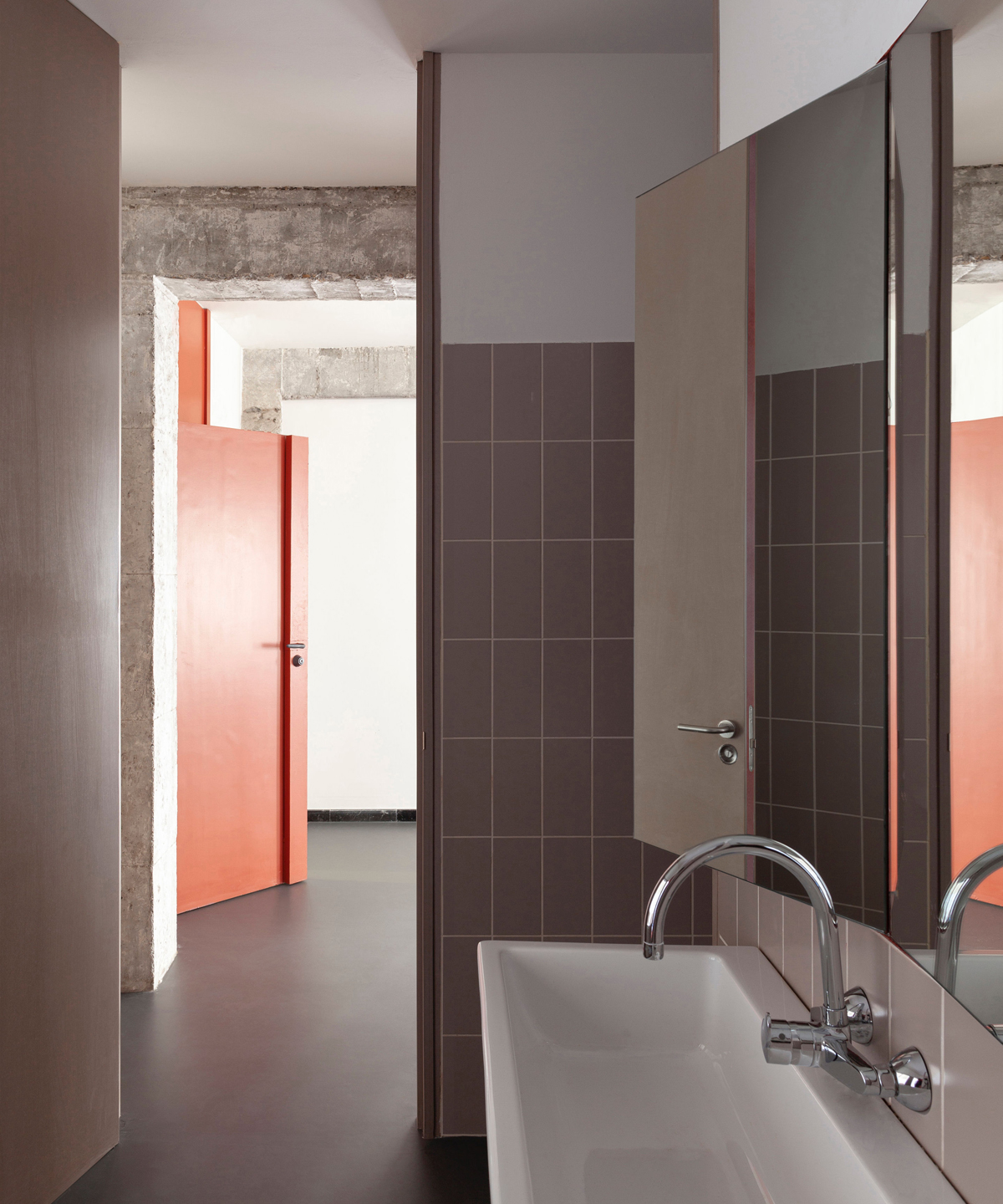 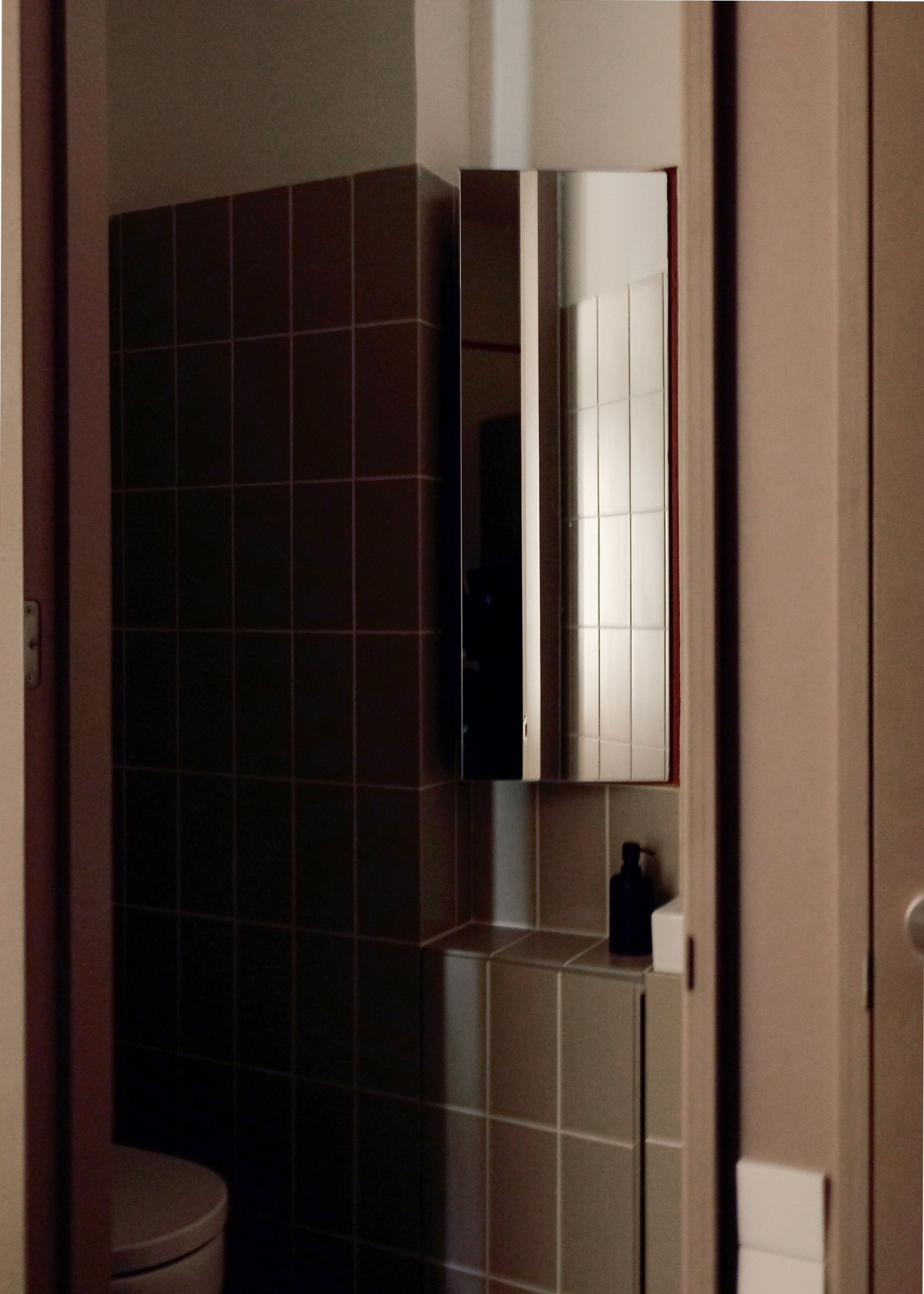 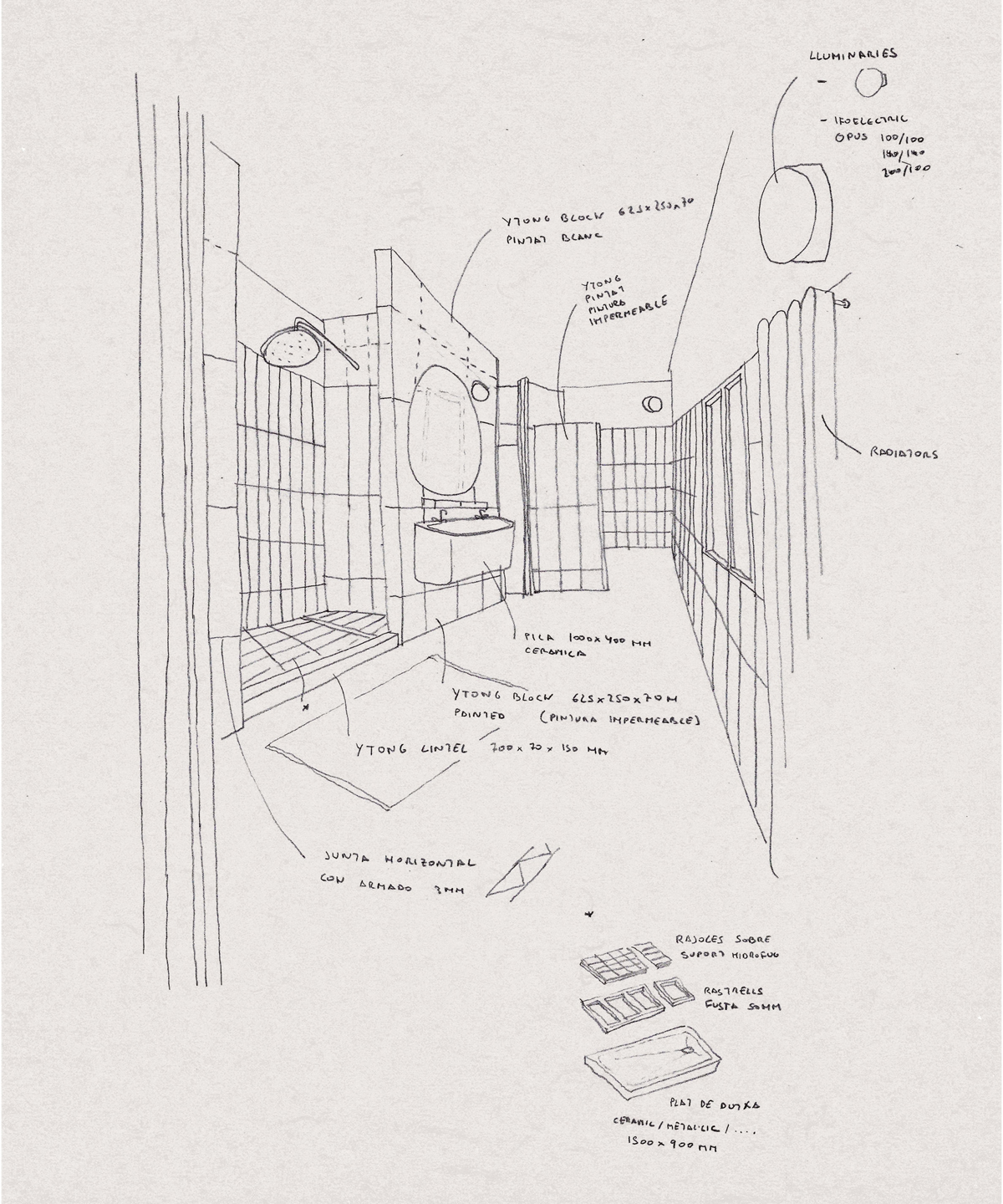 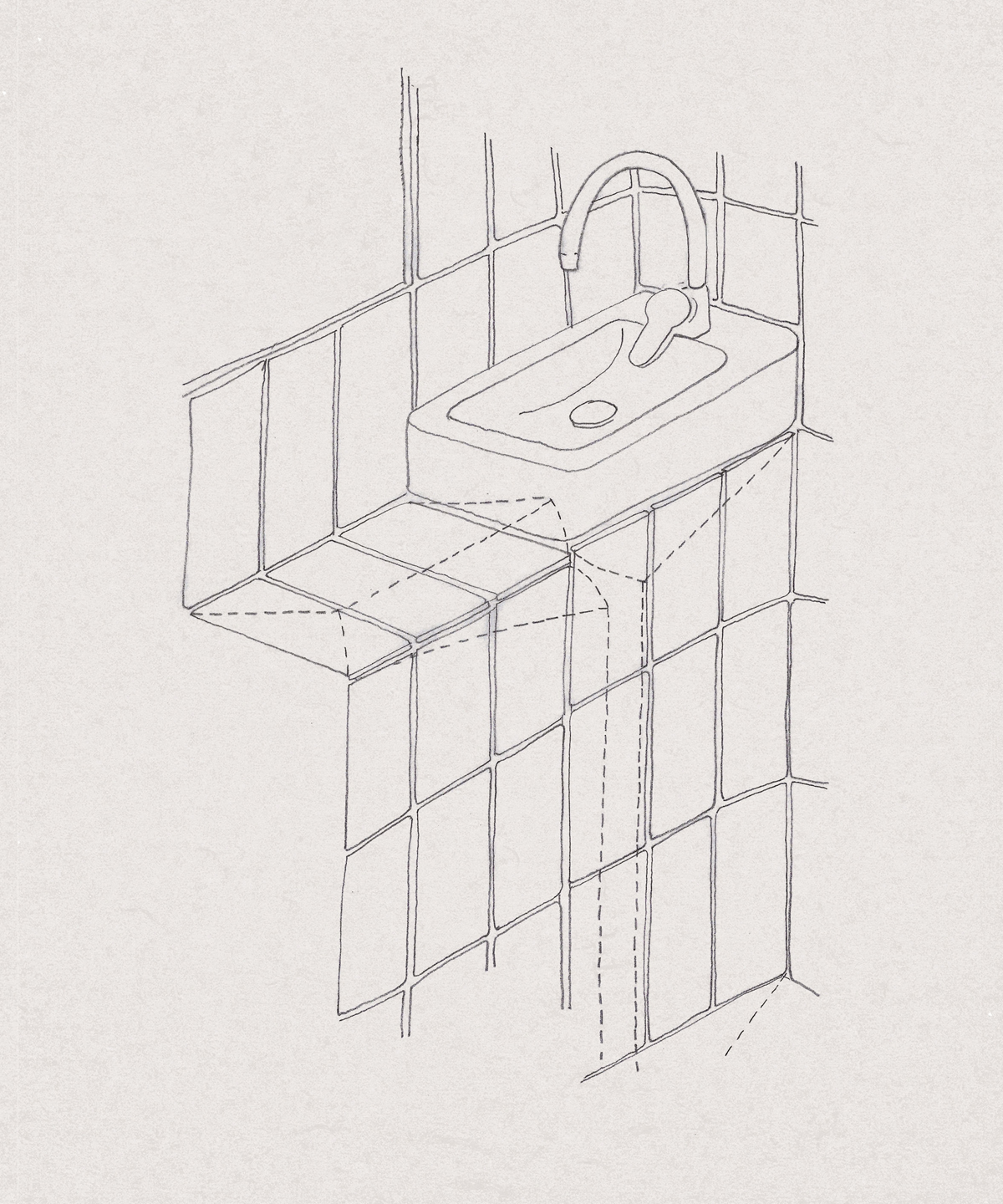 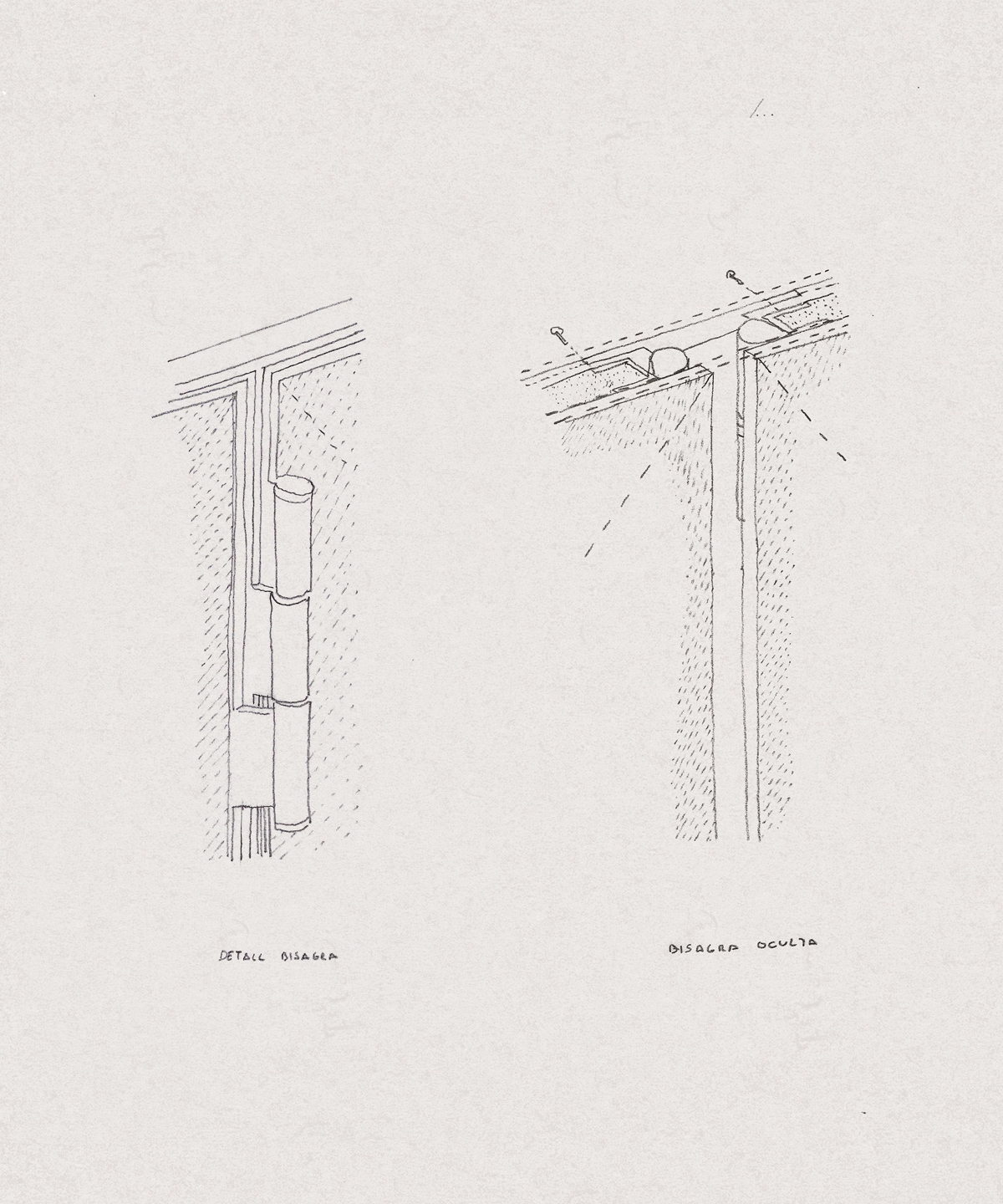