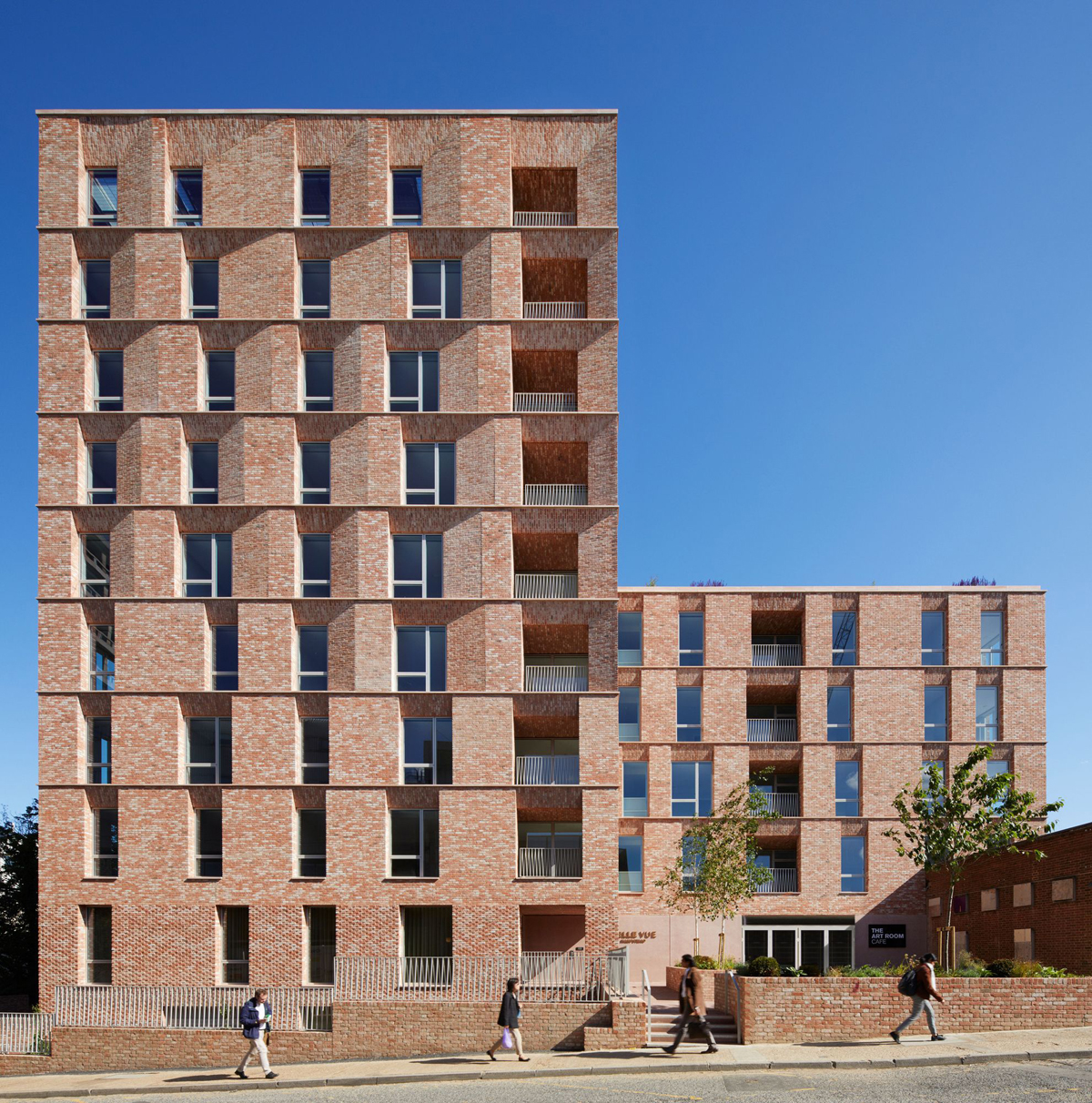 Morris+Company has completed Belle Vue, a contemporary community for over-60s in Hampstead, north London. Combining its ambitions with those of the client, PegasusLife, it has created an innovative, holistic environment that both reinvents retirement living and harnesses the energy and the thriving community amenities of Hampstead village.
Within the 0.28 hectare site, 59 homes are interspersed with communal facilities for residents to socialise effortlessly, explore their creativity and nurture wellbeing. These include a library, communal lounges and activity rooms and a restaurant and café that is also open to the wider community. The health and wellbeing facility includes treatment rooms, a gym, stretch studio, lap pool, sauna and steam room.
The apartments range from 54sqm one-bed units to large two-bed units of 129sqm. To facilitate year- round indoor-outdoor living, each home has access to communal gardens and roof terraces, while each private living space opens onto its own personal loggia. Each apartment is designed so that it can be easily adapted around individual accessibility needs, to support independent living into later life.
Apartments are situated within a sequence of four conjoined blocks, each differing in scale and position in response to the gradient and context of the site. Blocks range from four to ten-storeys high, affording as many homes as possible with both dual aspect and expansive views across London.
The project design responds to the historic evolution and character of the site context, at the intersection between the large-scale Royal Free Hospital to the north and east, and the smaller scale buildings to the south and west and emulates the variety of building forms, styles and materials which make up the neighbouring conservation areas, in particular it the warm red brickwork renowned in Hampstead’s largely Victorian architectural landscape.

Visually, each of the individual blocks relate to each other via a modulated brickwork façade, that graduates upwards in both tone and texture. At the base of each building the bricks are laid at a ten- degree angle, capturing the movement of the sun as the shadows cast by the adjacent buildings vary throughout the day. At the mid-zone the façade is characterised by chamfered brick lintels, characteristic of the surrounding Hampstead Conservation area. At the higher levels, the bricks are white washed and set within a light cream mortar, appearing as a light pink crest to the building. The fully integrated landscape also includes a new entrance court fronting the main building entrance from Rowland Hill Street, communal gardens and courts to the rear of the main building, and a series of roof terraces. There is also an underground parking system for visiting family and friends, plus a guest suite and a separate dining room for hosting private gatherings. 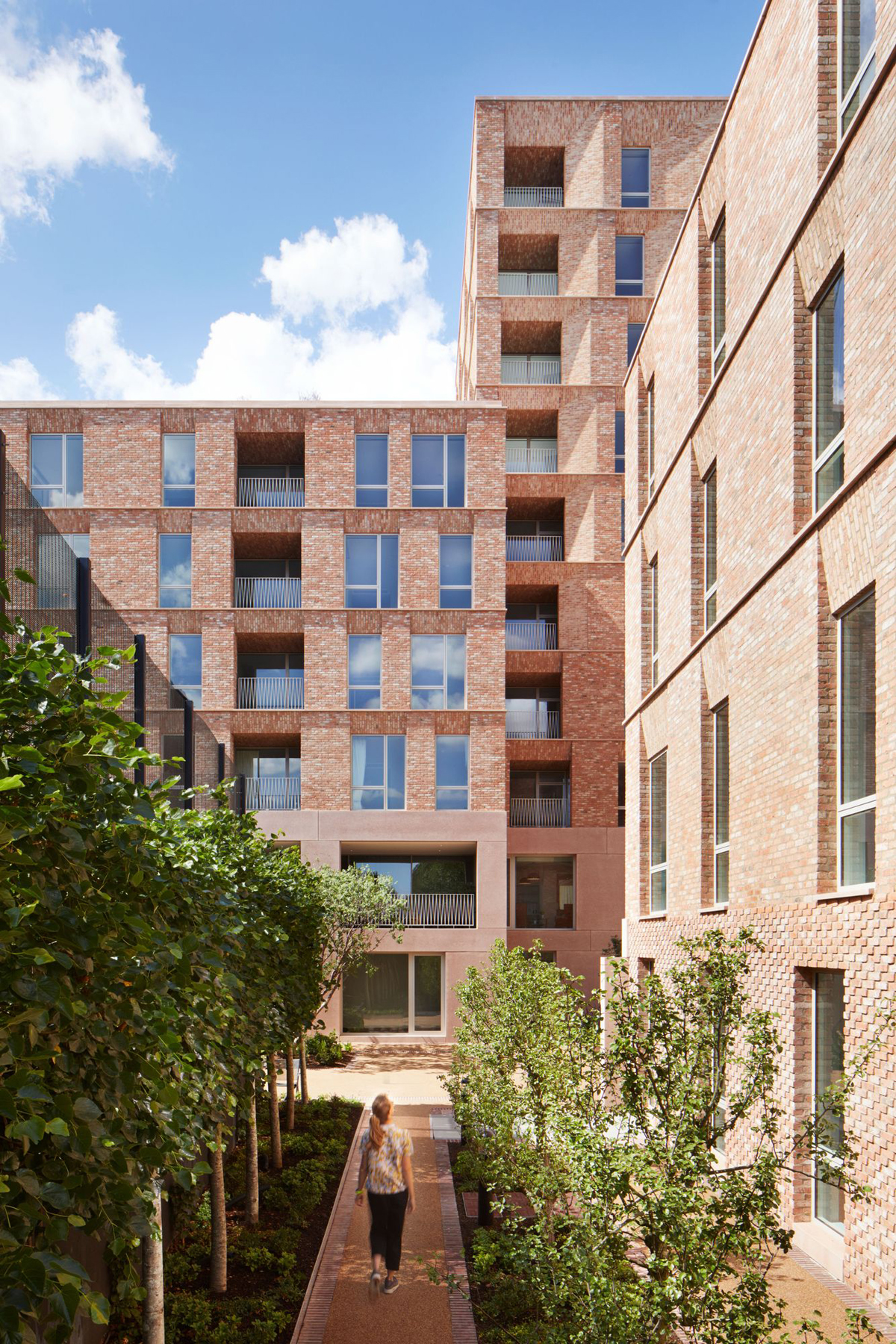 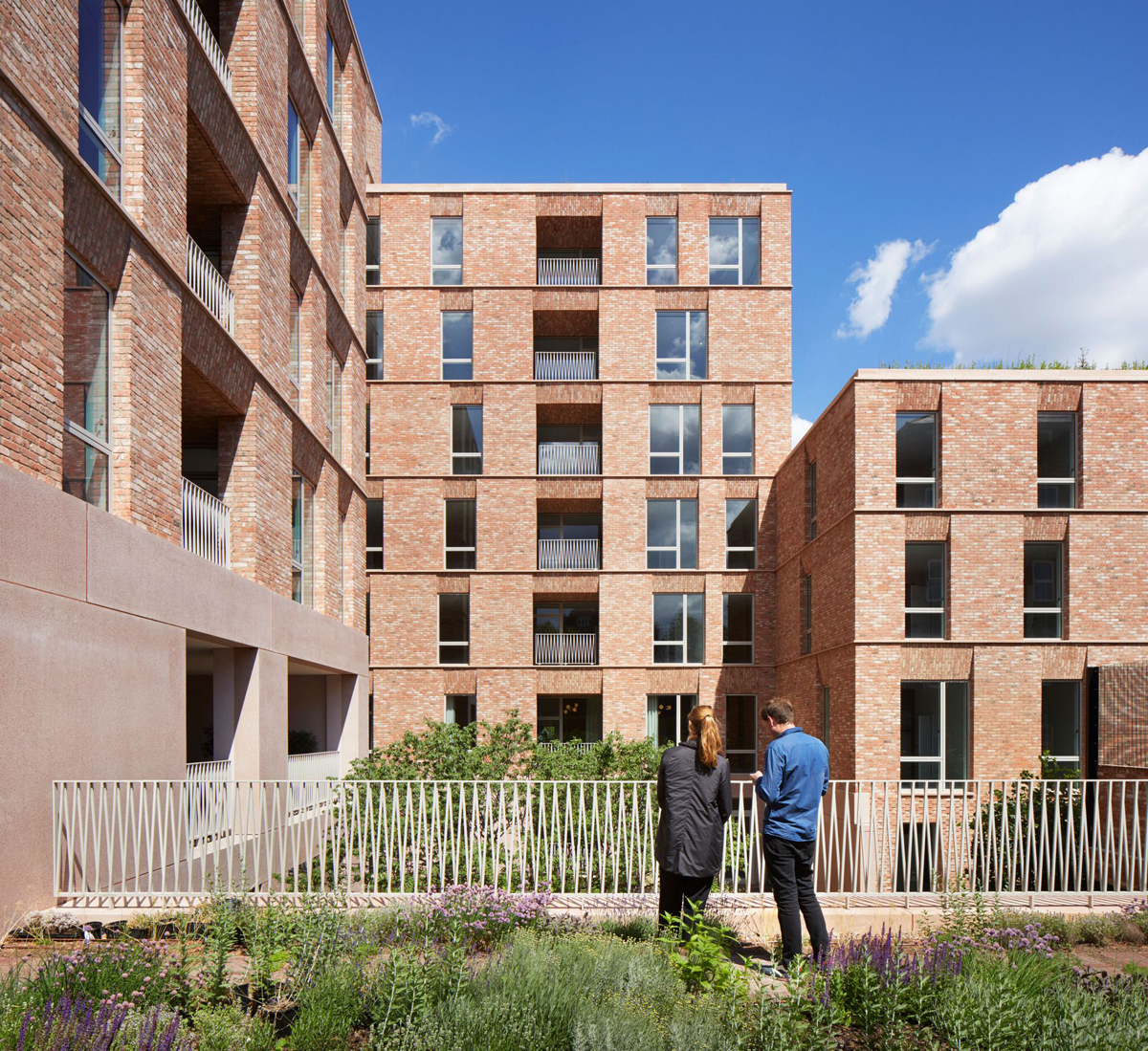 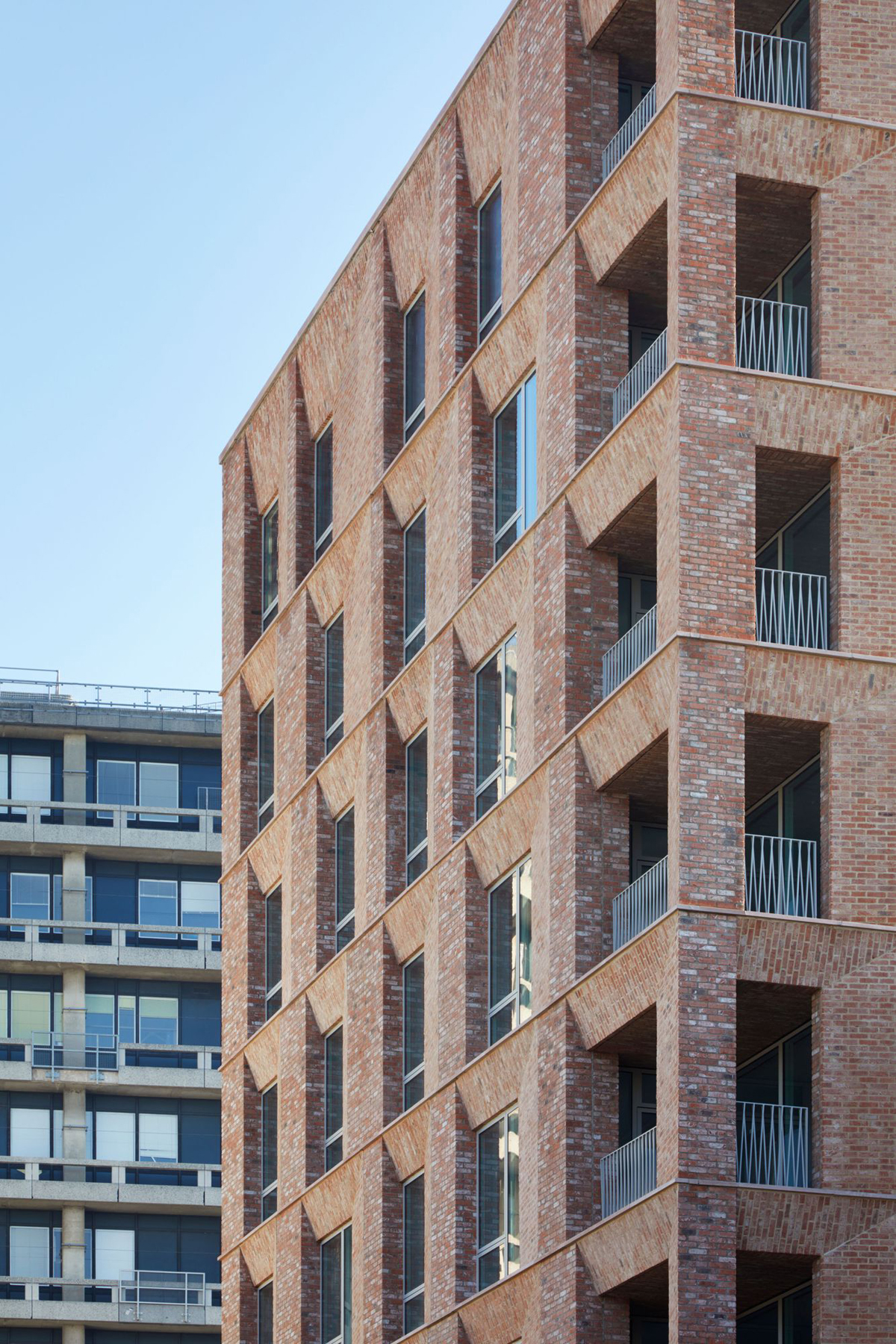 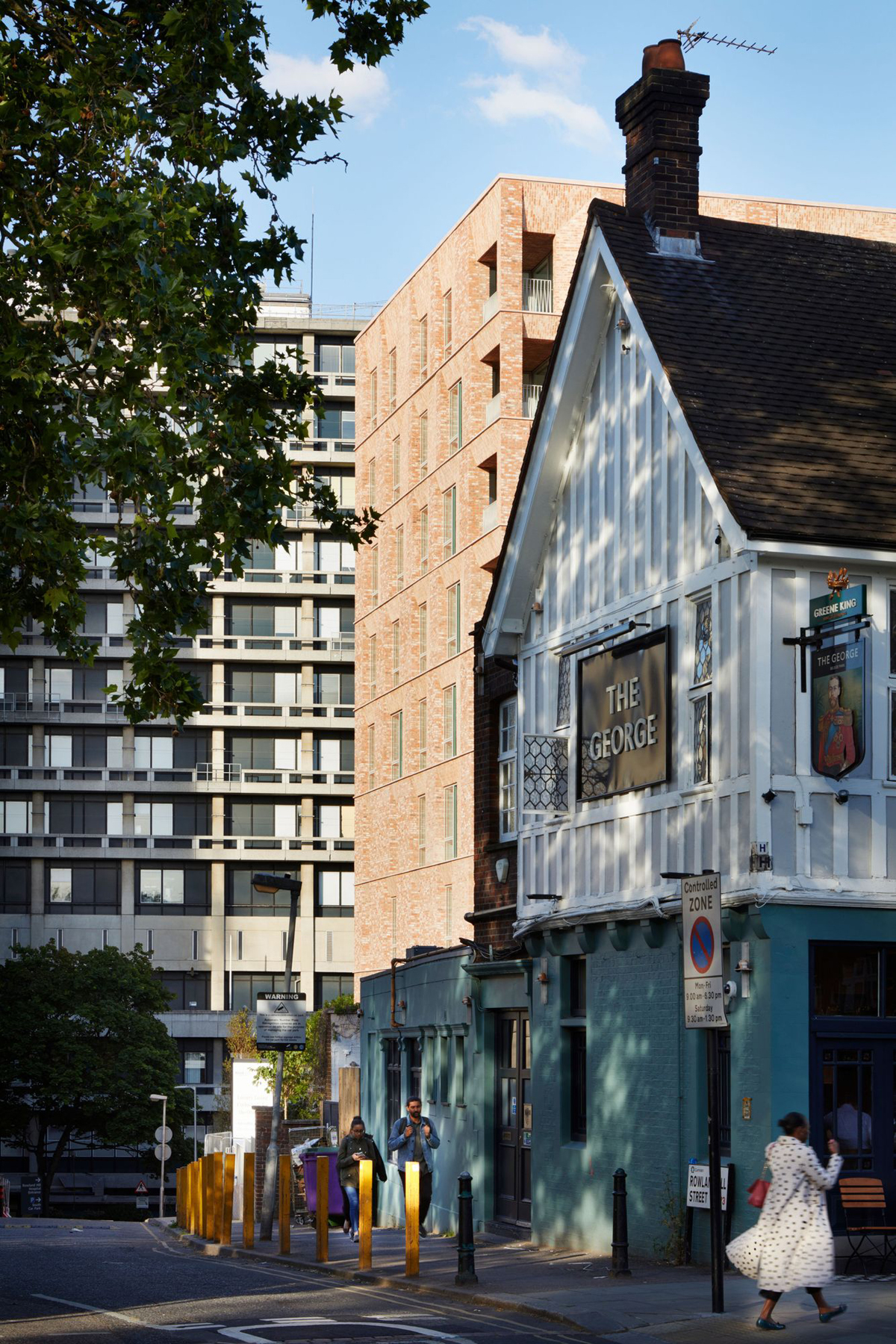 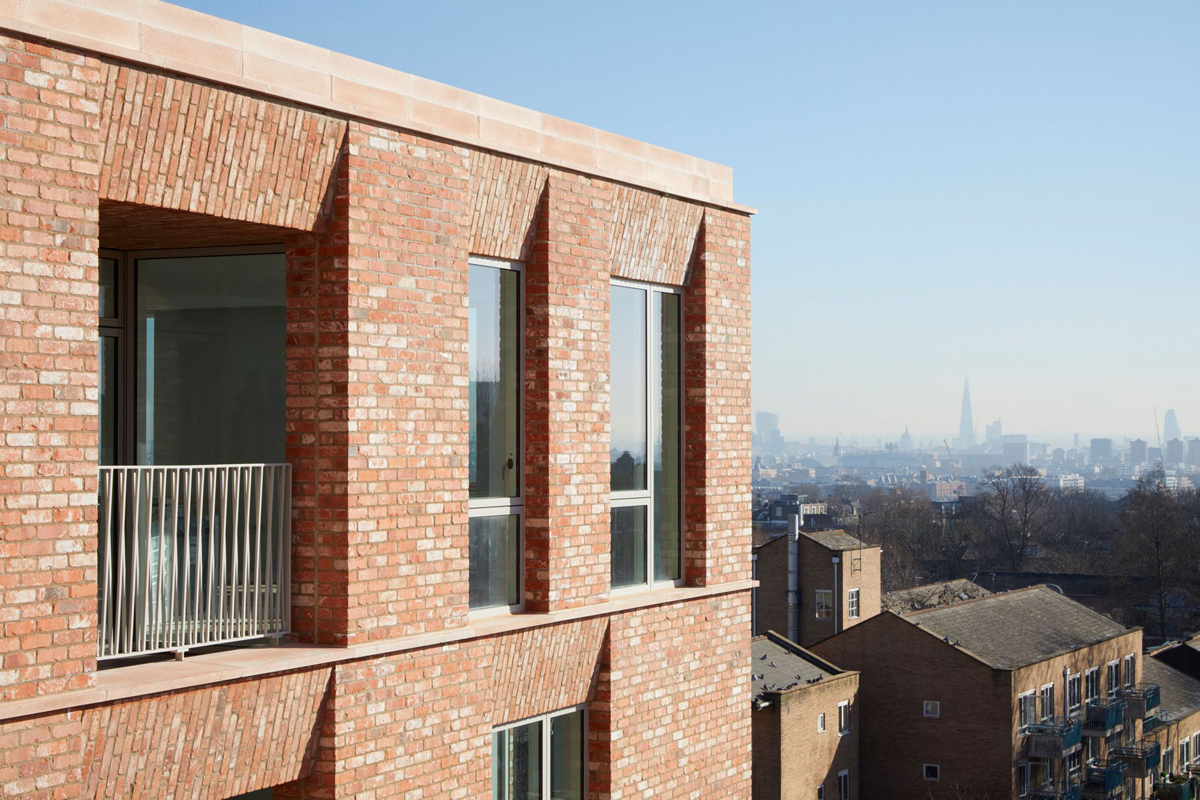 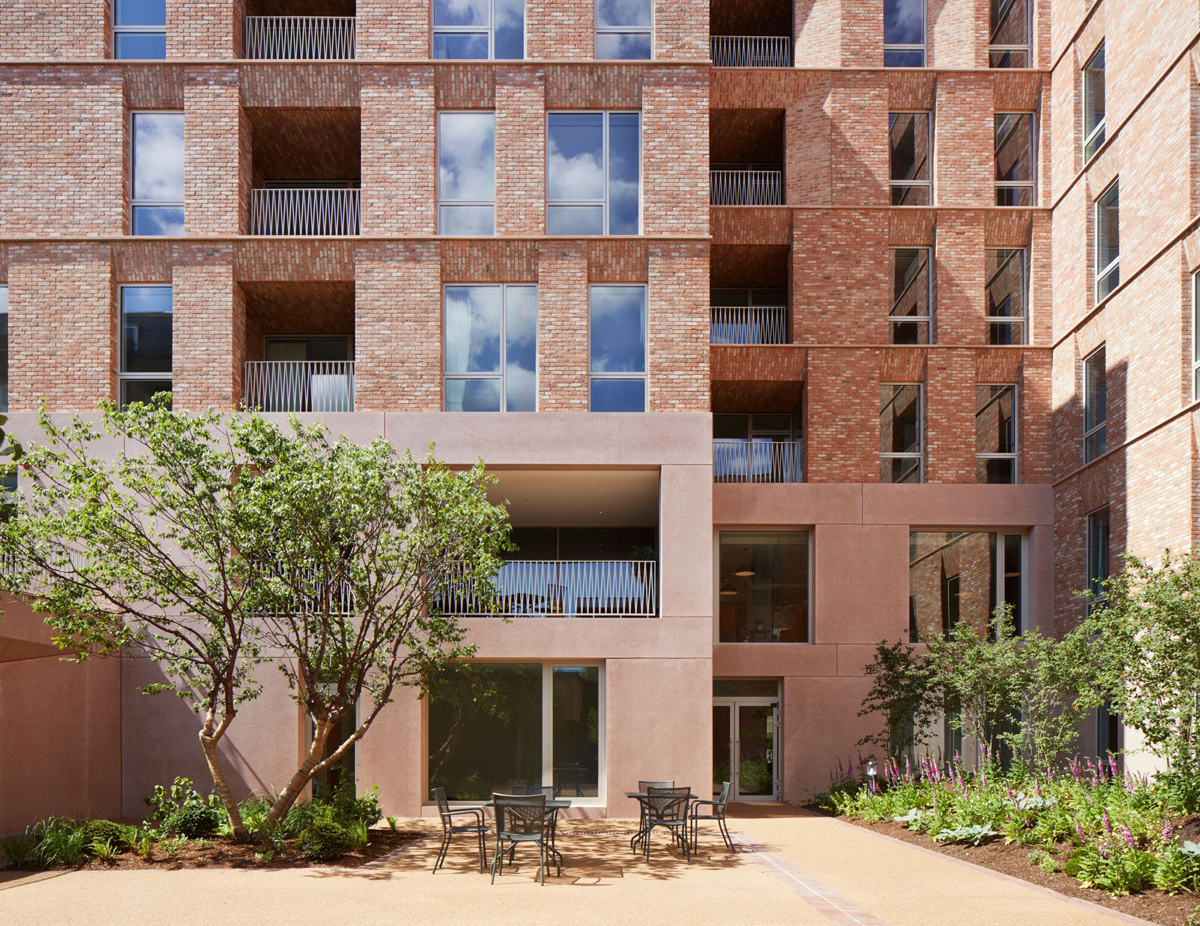 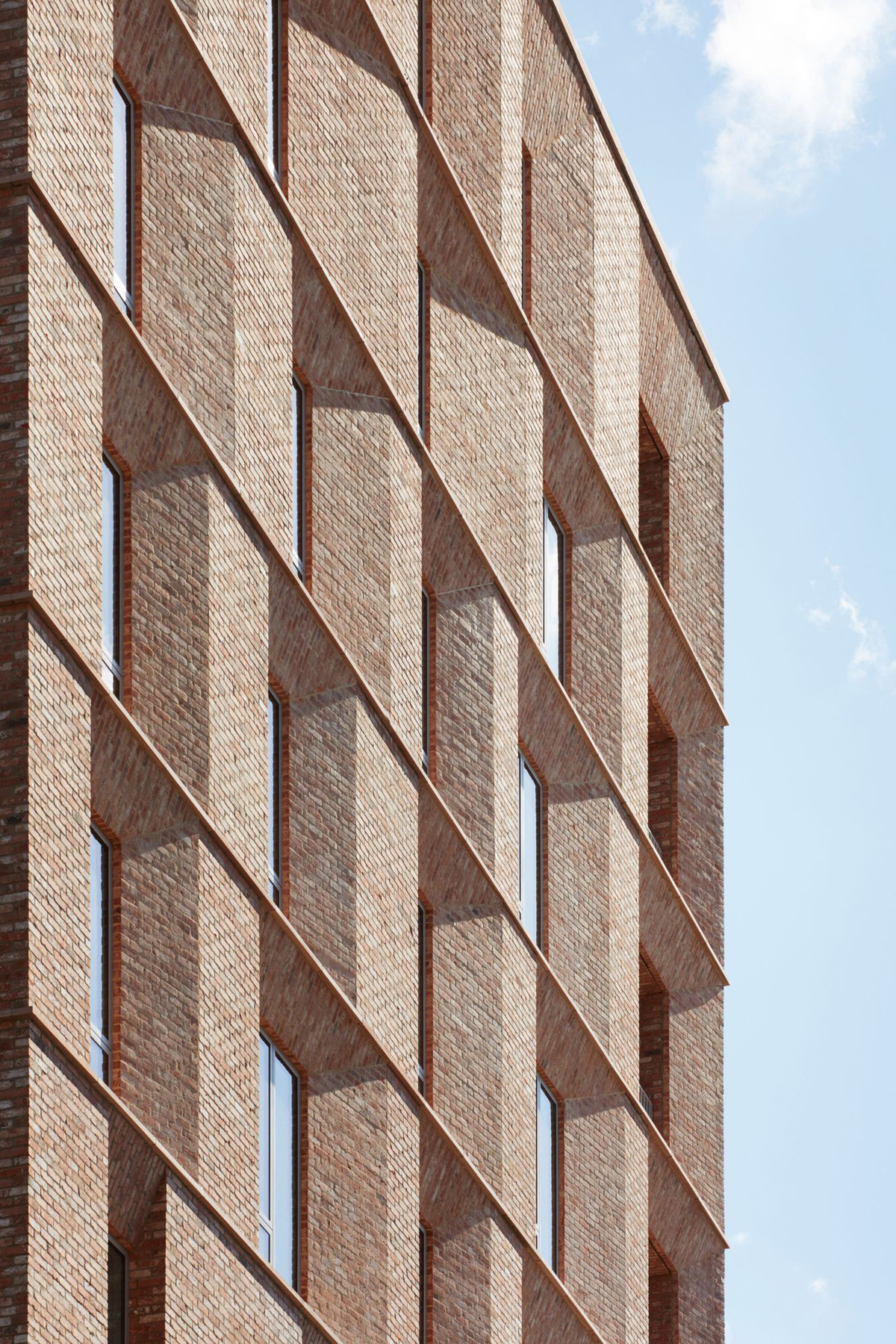 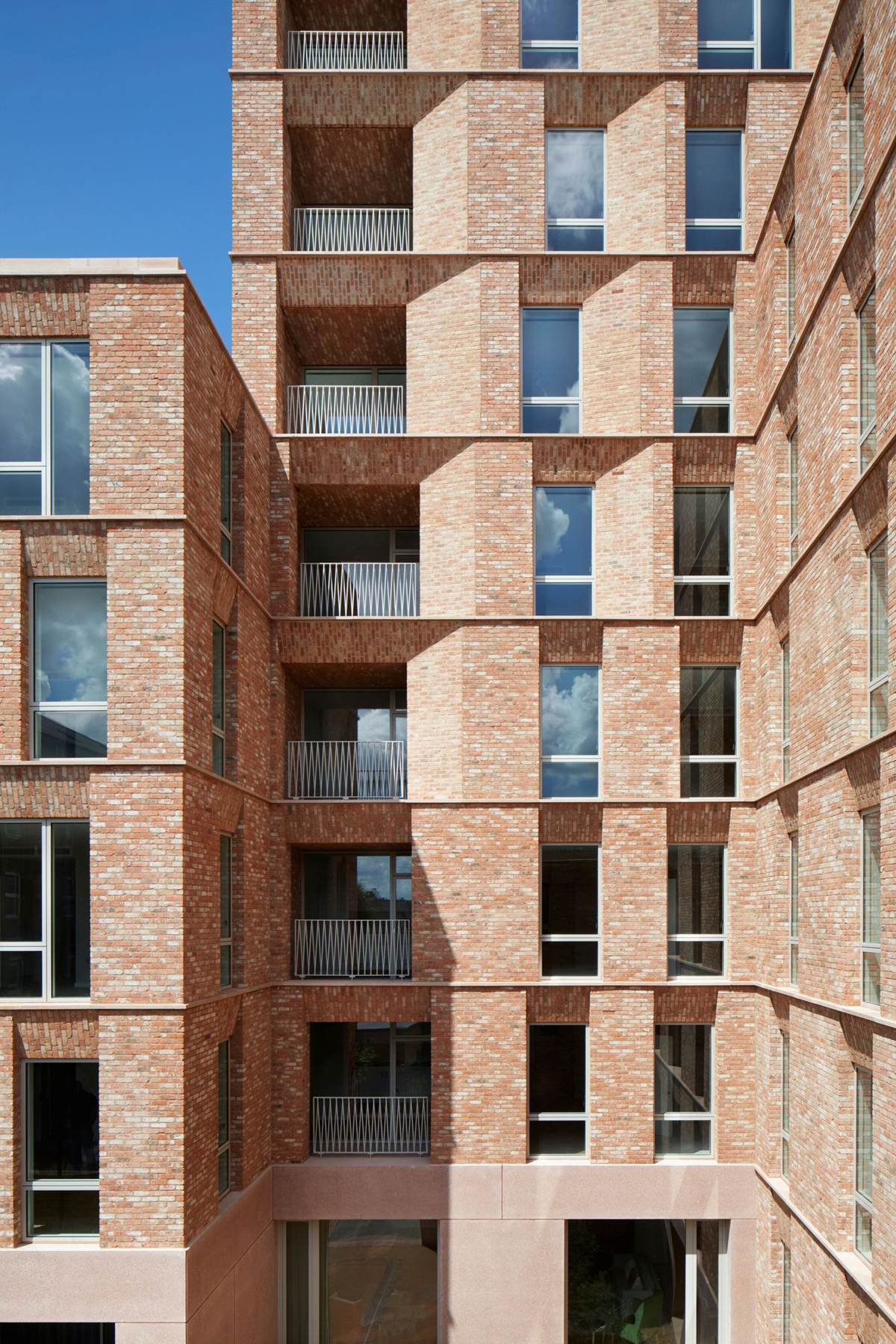 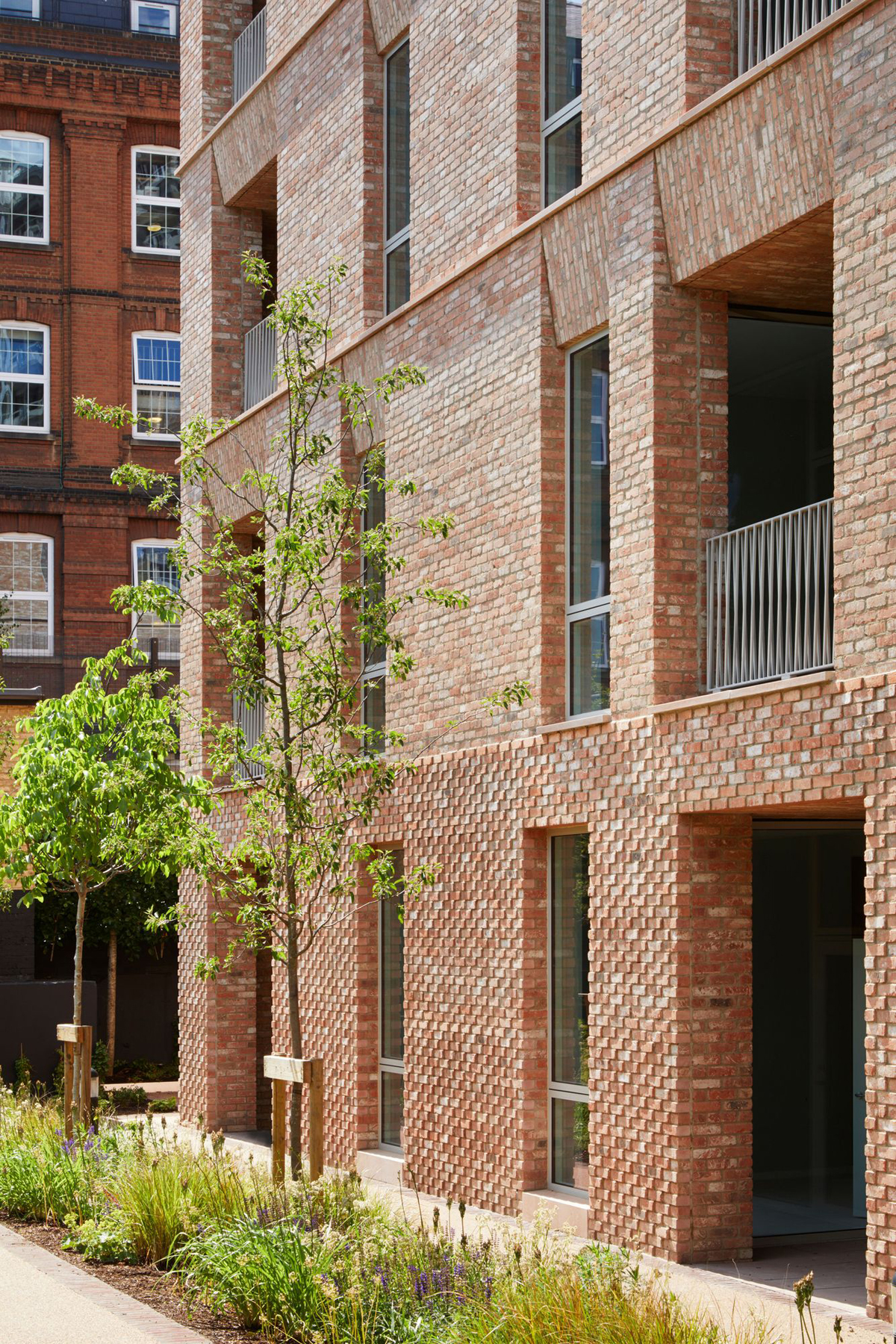 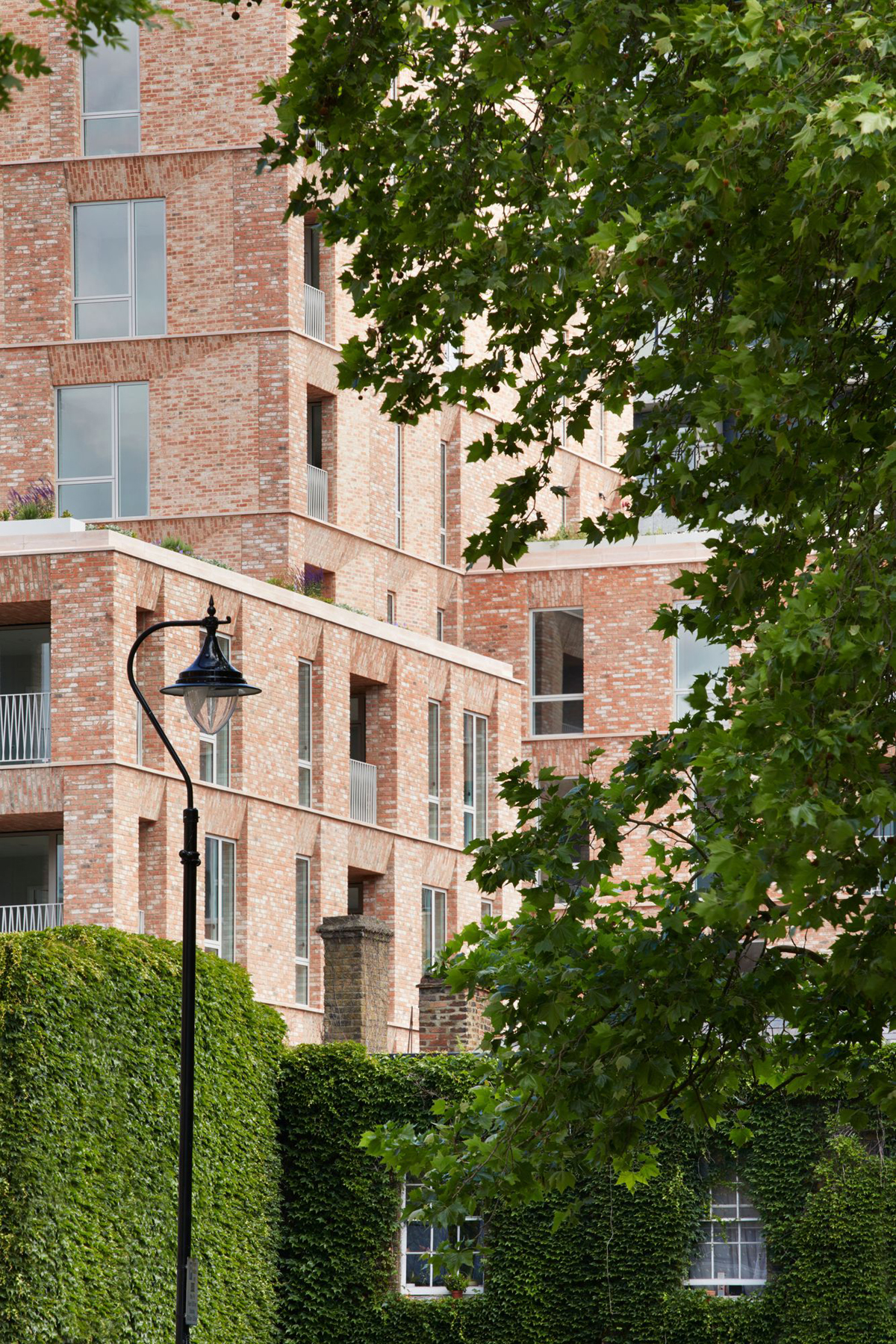 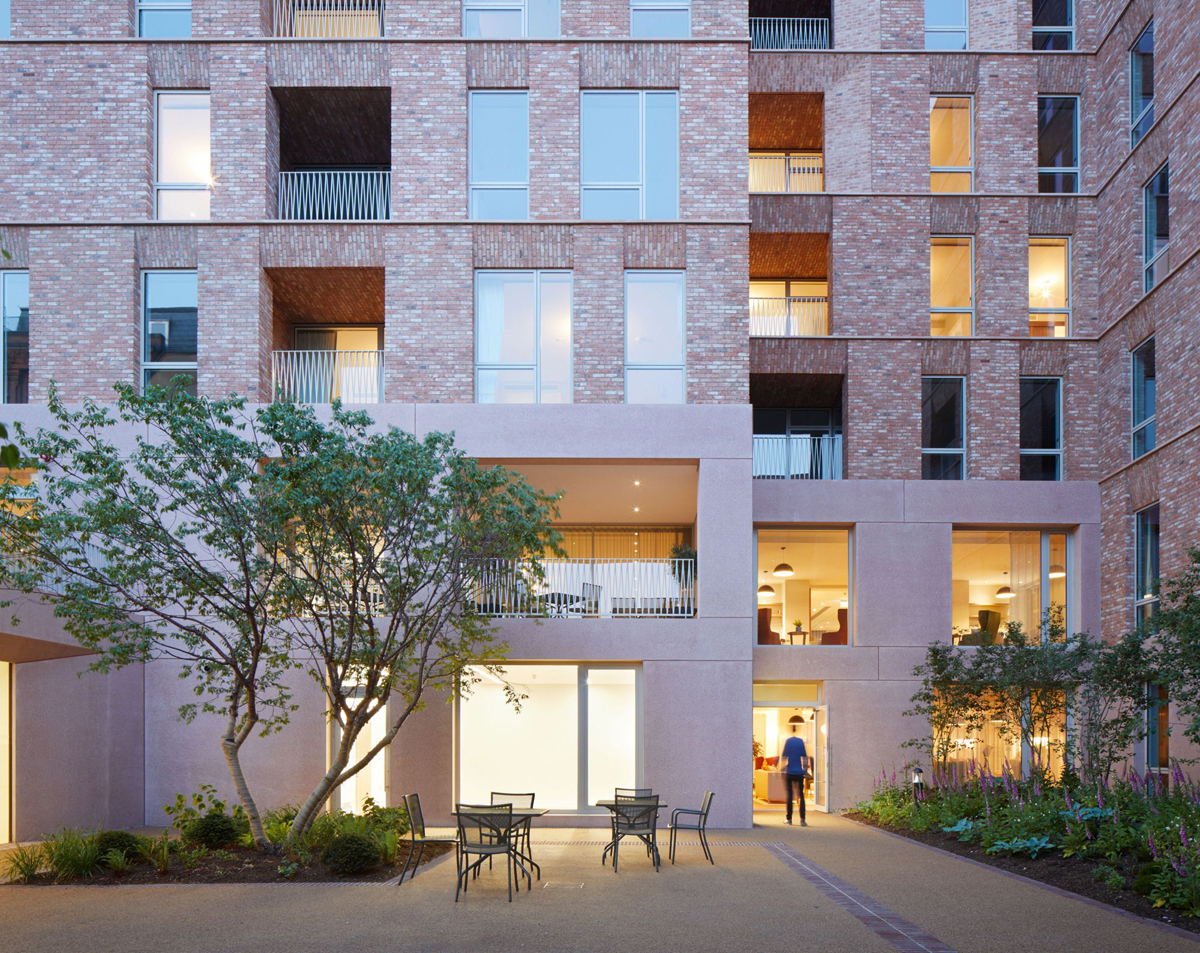 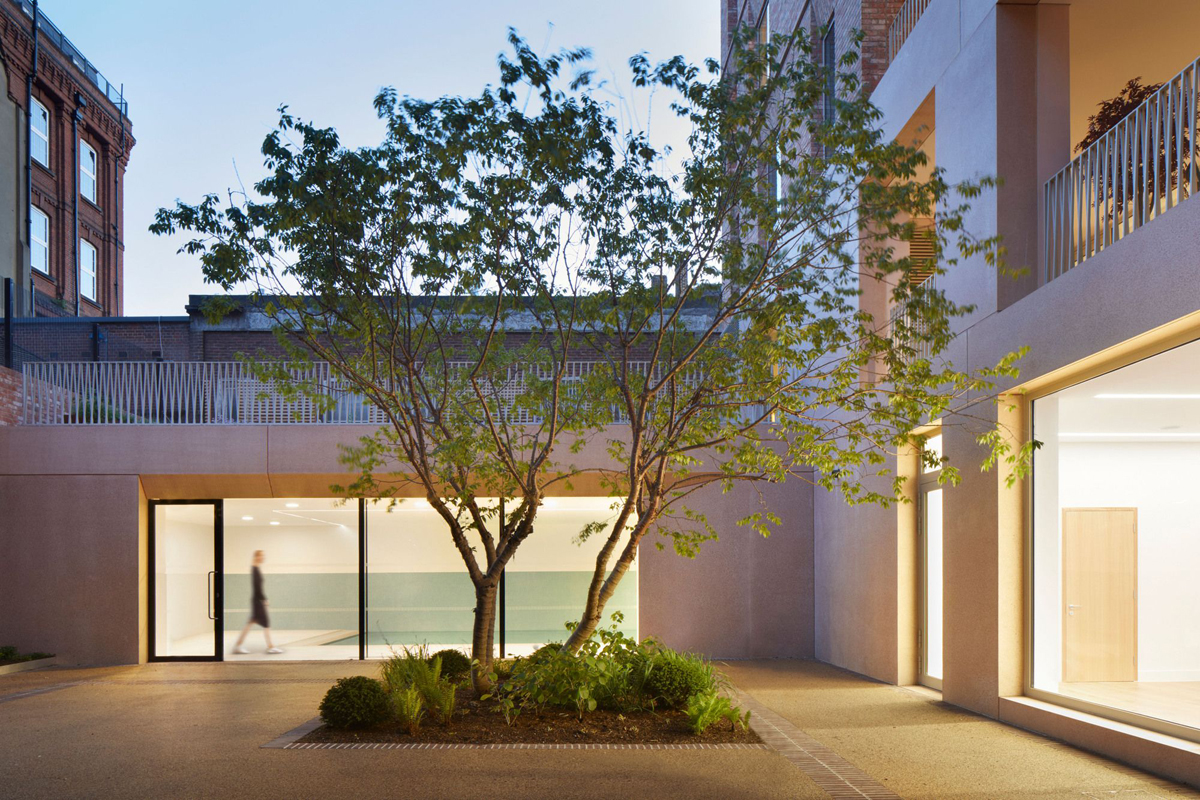 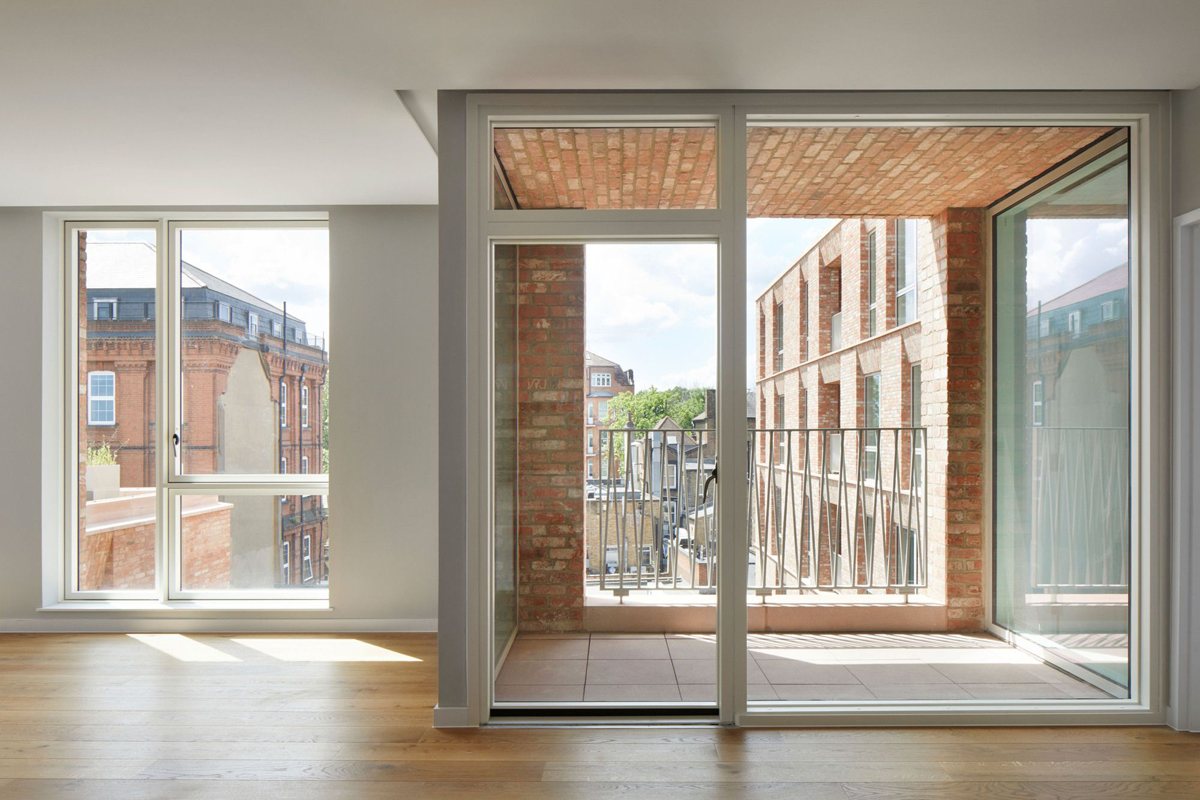 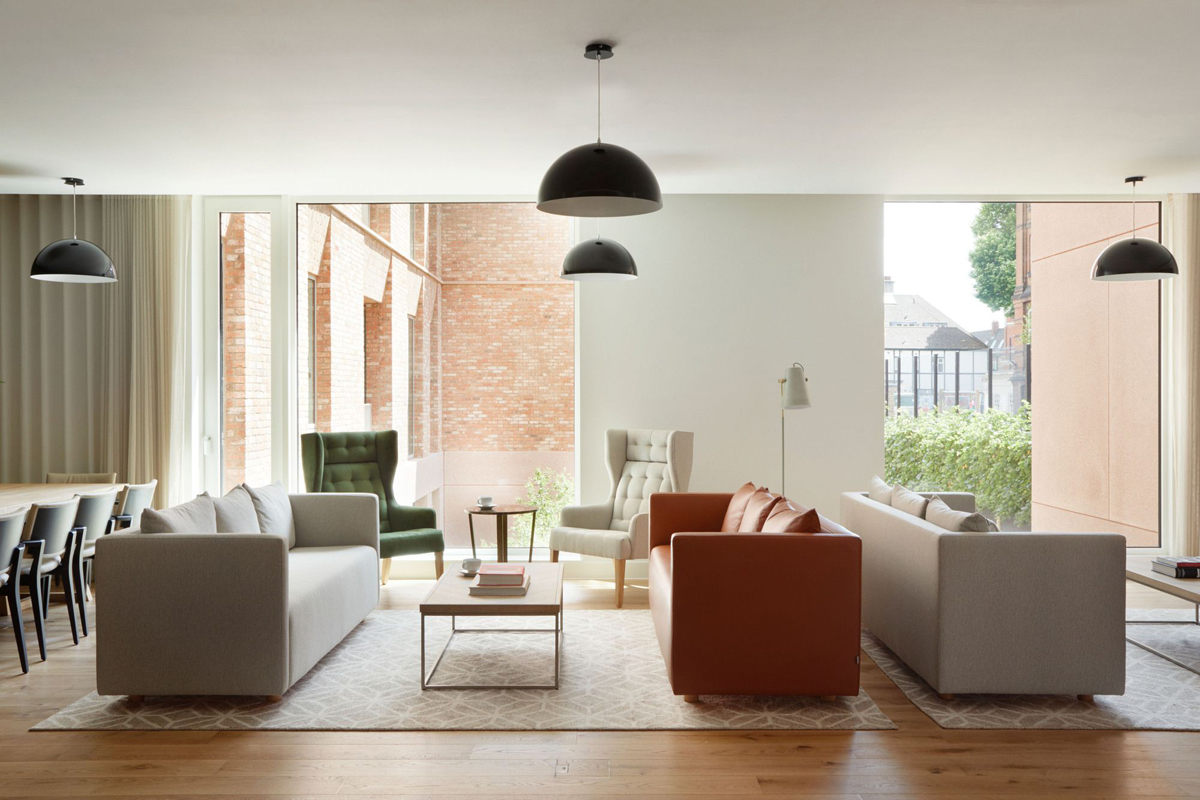 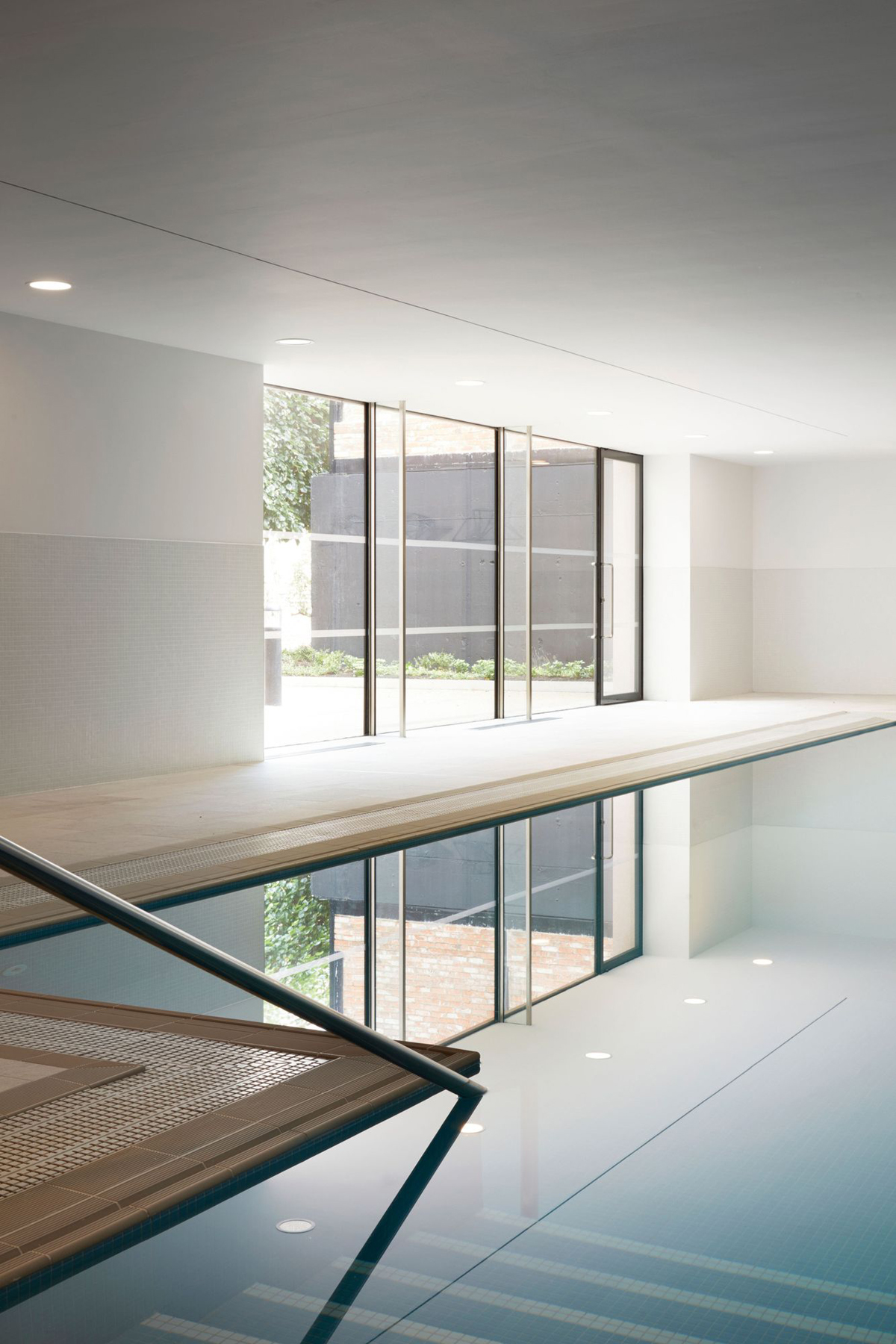 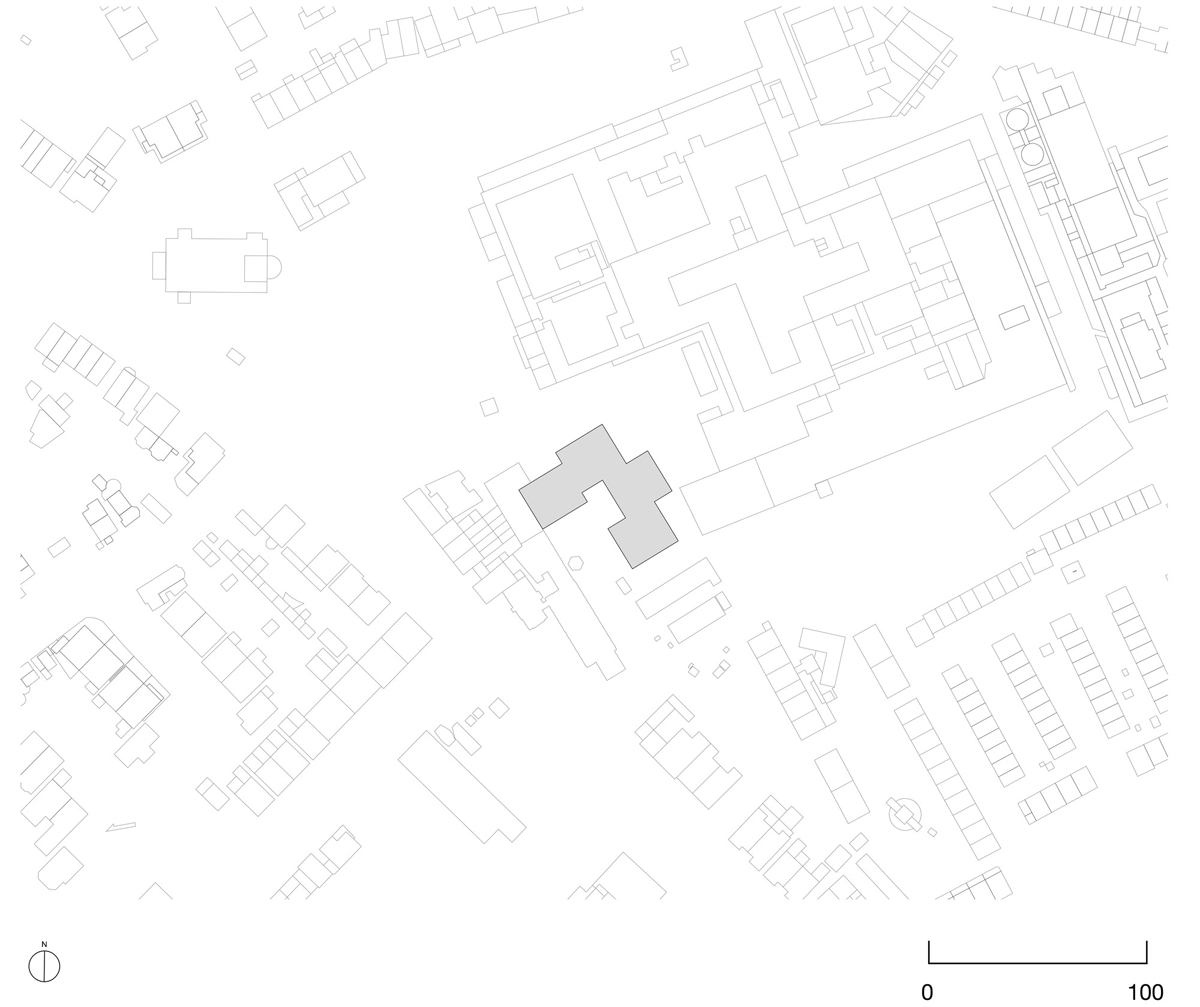 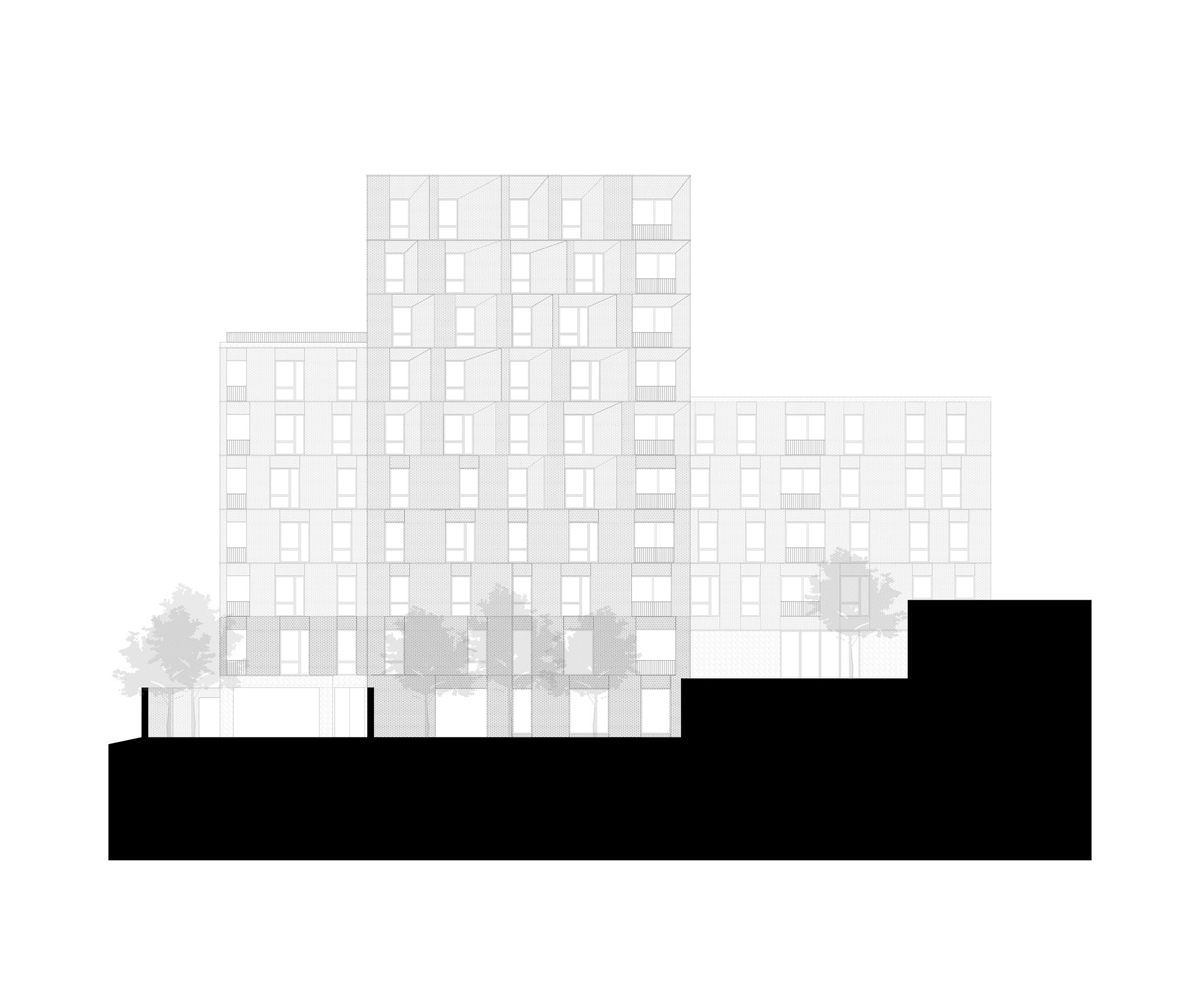 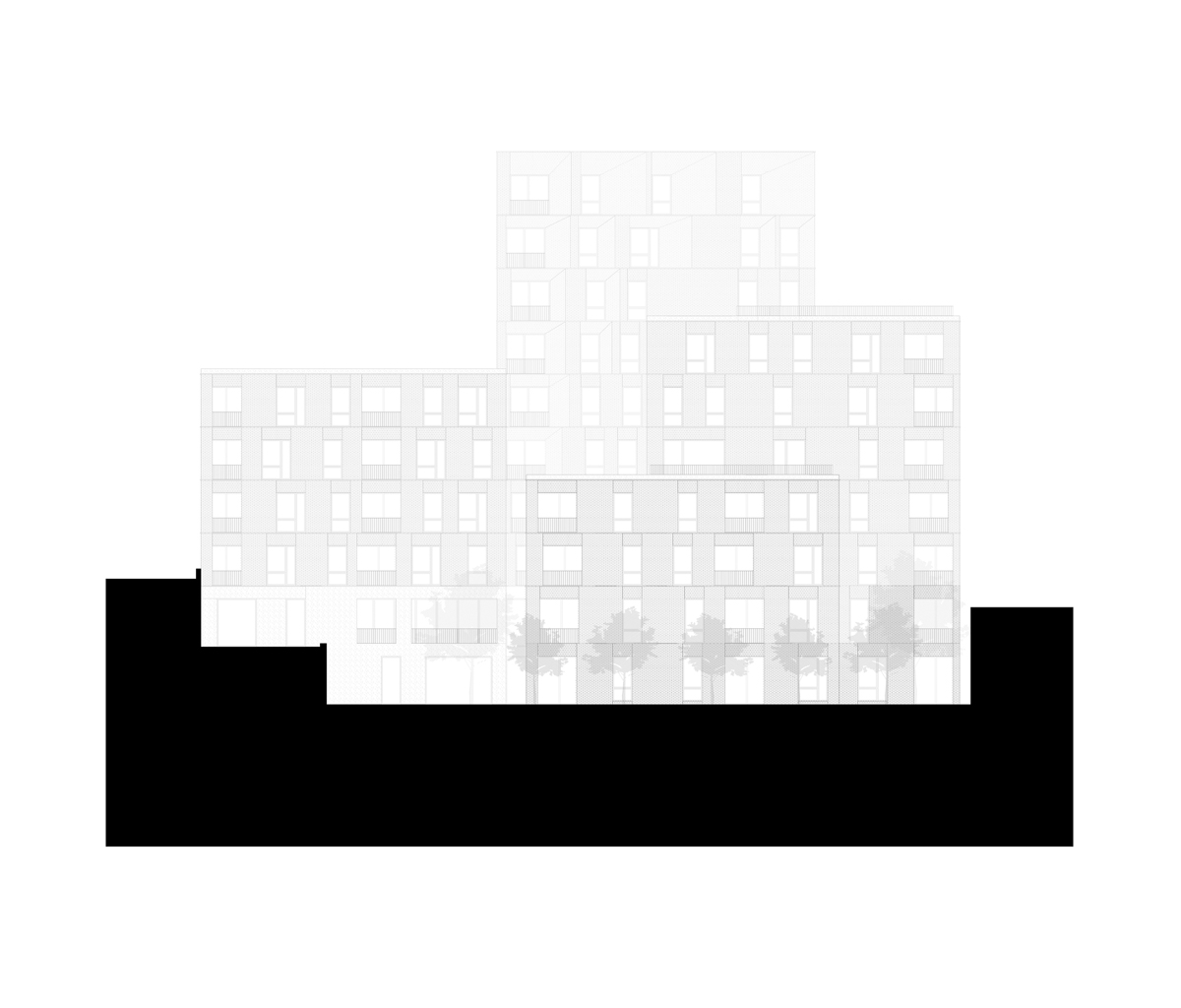 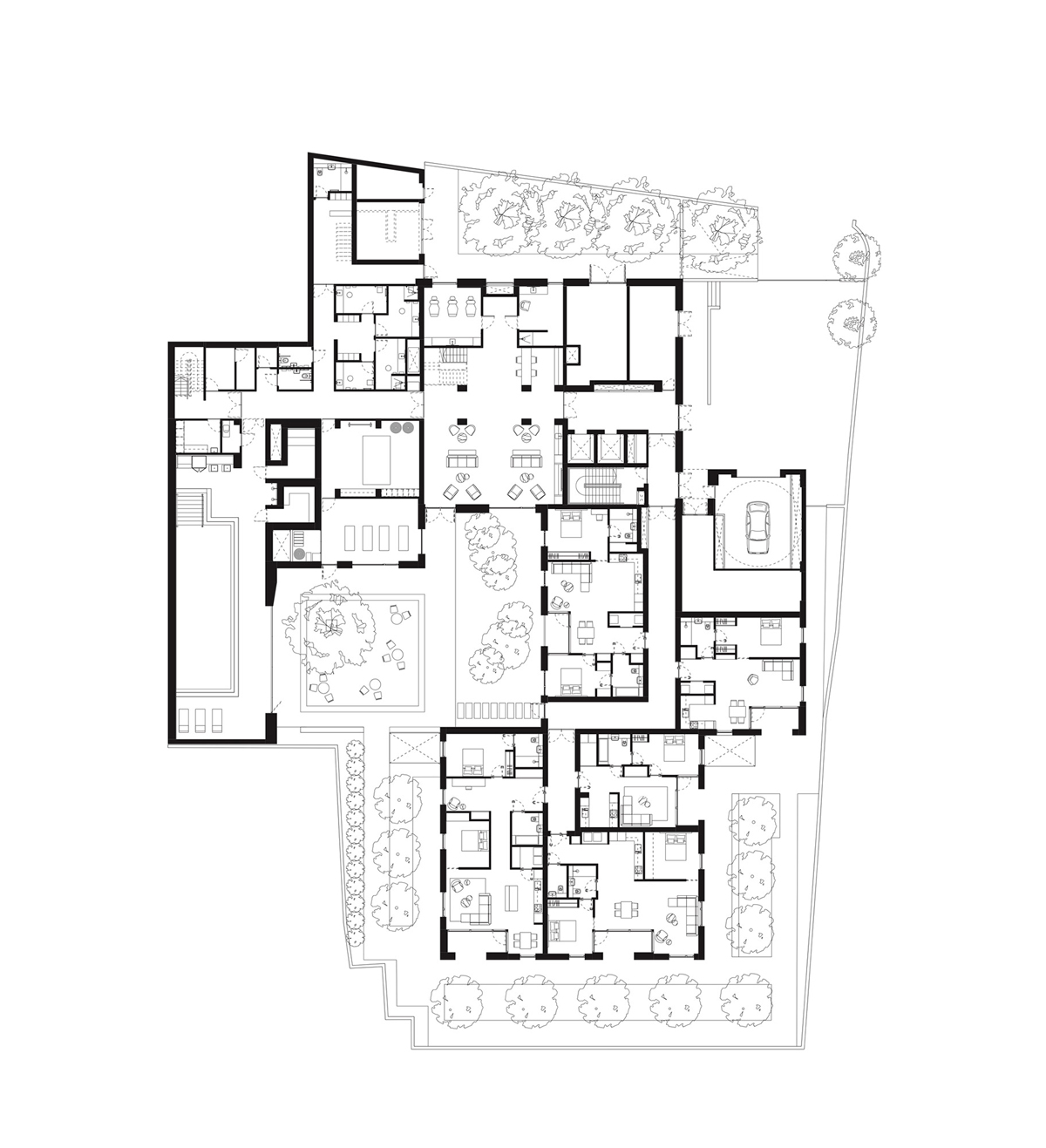 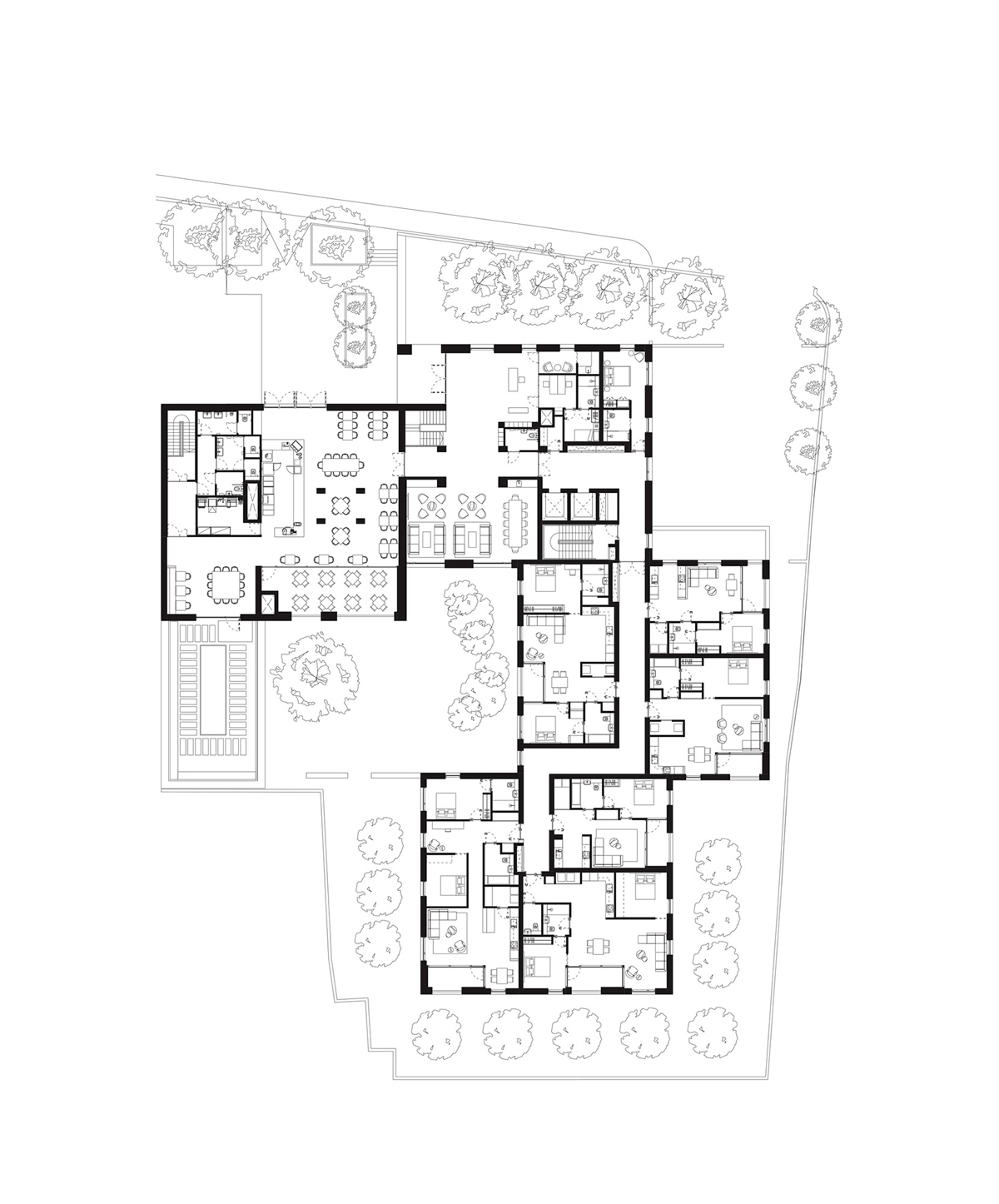 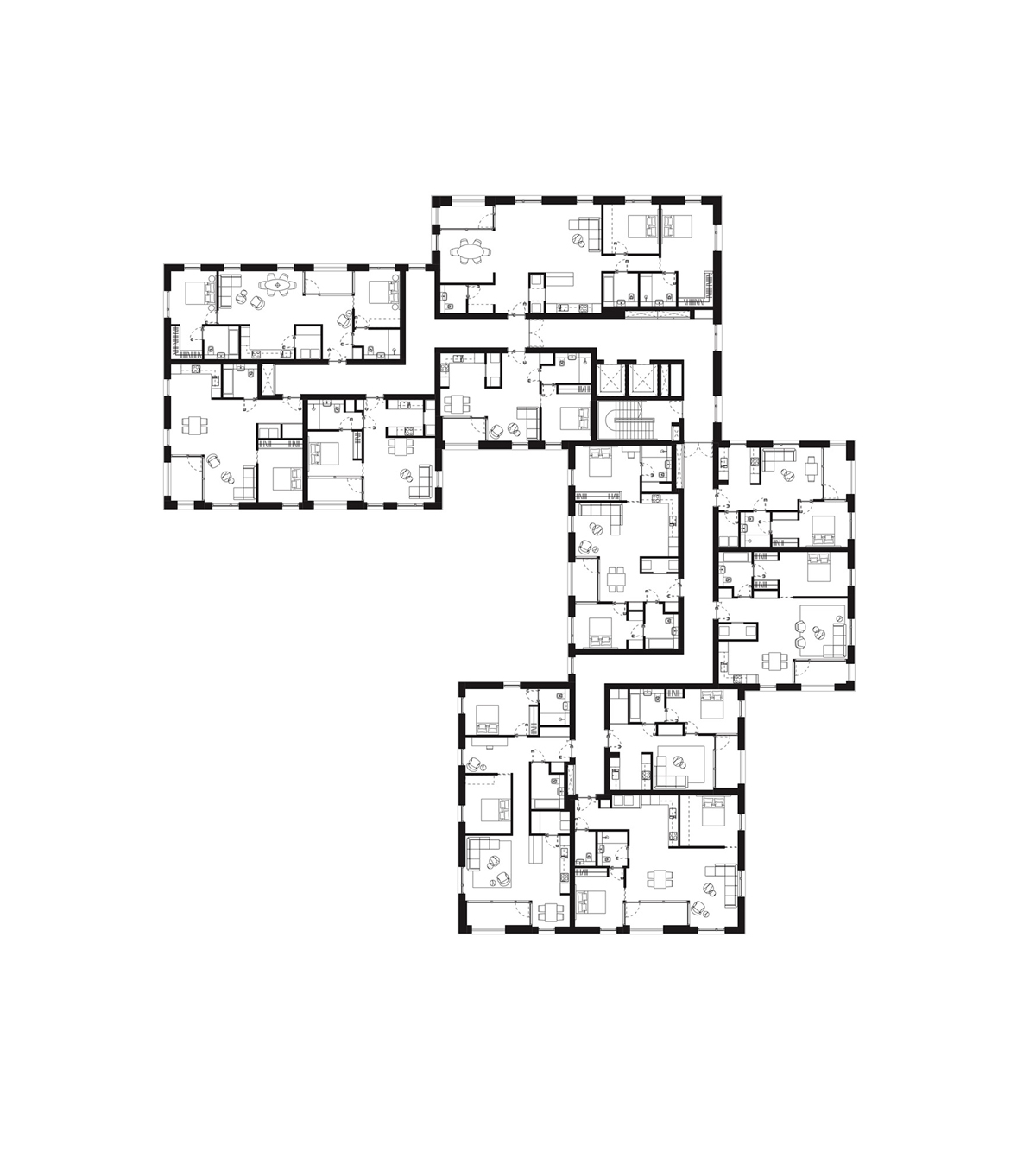 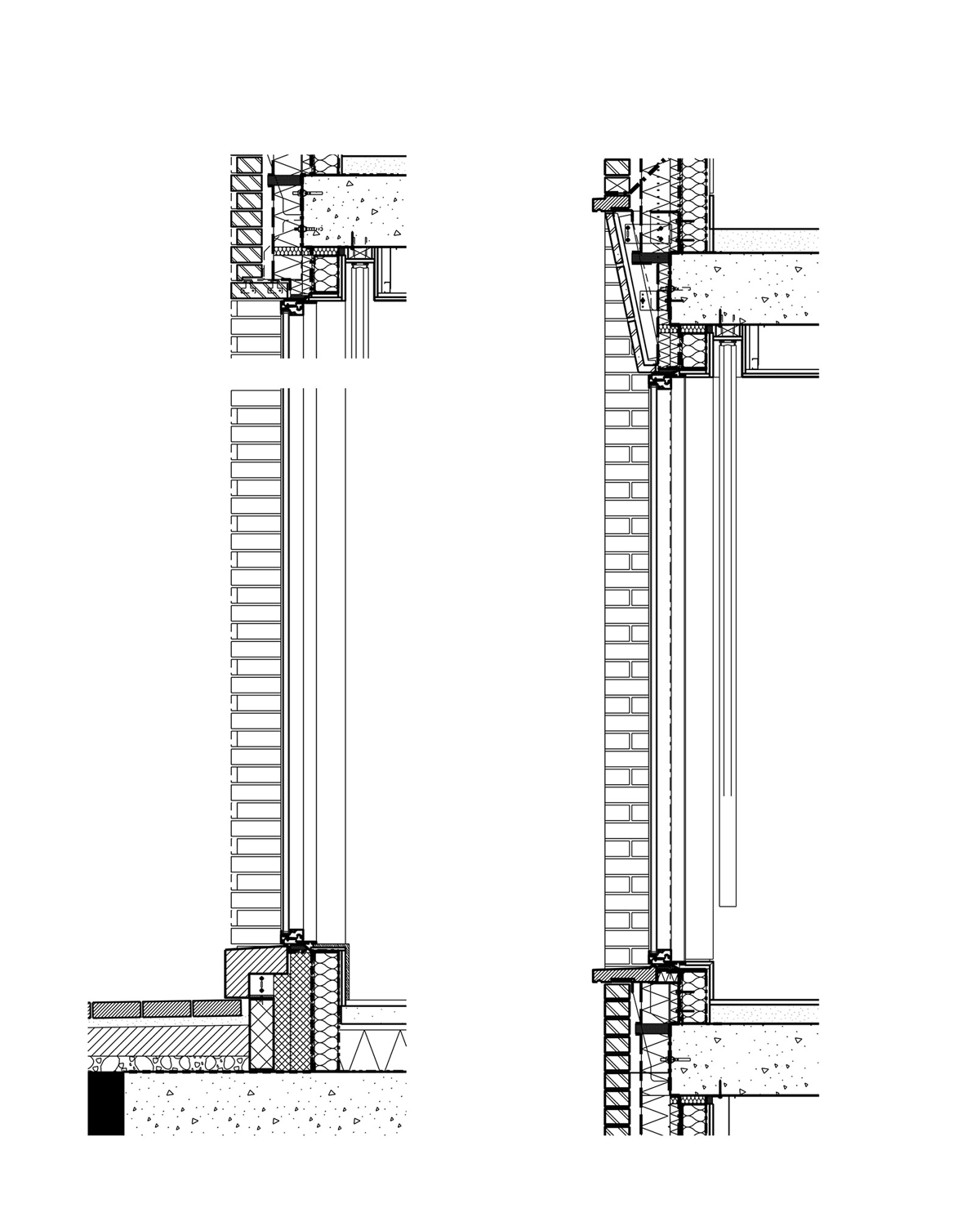