Not far, opposite, on a wall : I’m desperate because I’m invisible.
Written in chalk on the wall of the Pierre & Marie Curie University at Saint-Antoine Hospital, this aphorism, a cry from a lost soul, has a certain resonance with the character of the future buildings of plot B1 of the Caserne de Reuilly.
Visibility or legibility?
The semantic nuance is important. With Diderot so nearby, we should try to use the right words to understand one of this project’s challenges.
This small building, linked to the future extension of plot C, will help to form the entrance to a new urban space, that of the Caserne de Reuilly, that is to be given back to the city. This entrance way takes the form of a small square opening onto the rue de Chaligny and leading to the Place d’Armes of the
Caserne. The legibility of the square from the rue de Chaligny must therefore depend on the design of the residential buildings on plots B1 and C.
The city is composed of a substrate of housing and activity that makes up its ordinary fabric; to these we add events, such as public facilities. These are especially important because they are open to everyone, and represent the common good. They orient us and serve us, and as such, we grant them a degree of acknowledgement that distinguishes them from other buildings. A residential building, on the other hand, is not intended to stand out from the ordinary fabric of the city.
However, in some places, one can expect a treatment that reflects a specific urban situation.
This, it seems to us, is the case of plot B1, for the following reasons:
– the building is one of the elements that form the entrance square on rue de Chaligny,
– the building negotiates the transition between a
street with an eclectic architectural fabric, and the austerity and power of the barracks buildings,
– the building’s given geometry with its four façades is uncommon in the traditional Parisian streetscape.
The building must simultaneously be strong enough
to stand alongside the massive architecture of the barracks; lend itself to opening up the heart of the renewed block, and still take its place as a simple residential building. It has to find the right position. One obvious path to follow is thinking about materiality, especially the stone of the barrack buildings. Paying attention to construction as a design element is at the heart of our approach to this project. Making an urban situation legible, making the life of a city block visible, recognising an environment and placing a new building within a strong historical and architectural framework —obviously, there are a lot of aspirations here !
While at first sight it stands out due to its colour, it also fits into a street full of eclectic buildings where there is nonetheless a noticeable expression of structural elements on façades. Although at first sight the building’s colour does not seem very Parisian, it actually alludes to several red brick buildings in the street. Through these references, the new building takes its place in its context, through a delicate balance between standing out and fitting in.
Inside, the 22 residential units were designed on the basis of a cross plan, offering their inhabitants a dual circulation system in a nod to certain features of Haussmannian apartments. This design principle also allows us to take advantage of the building’s square footprint, offering multiple orientations to both the street and the barracks. To the West, on Rue de Chaligny, wide loggias extend the interior space of the apartments outward, as do the terraces from where you can watch the sunset over the Parisian skyline.
We leave it to others to verify whether the intentions we brought to this project are there in this little building, all in red. 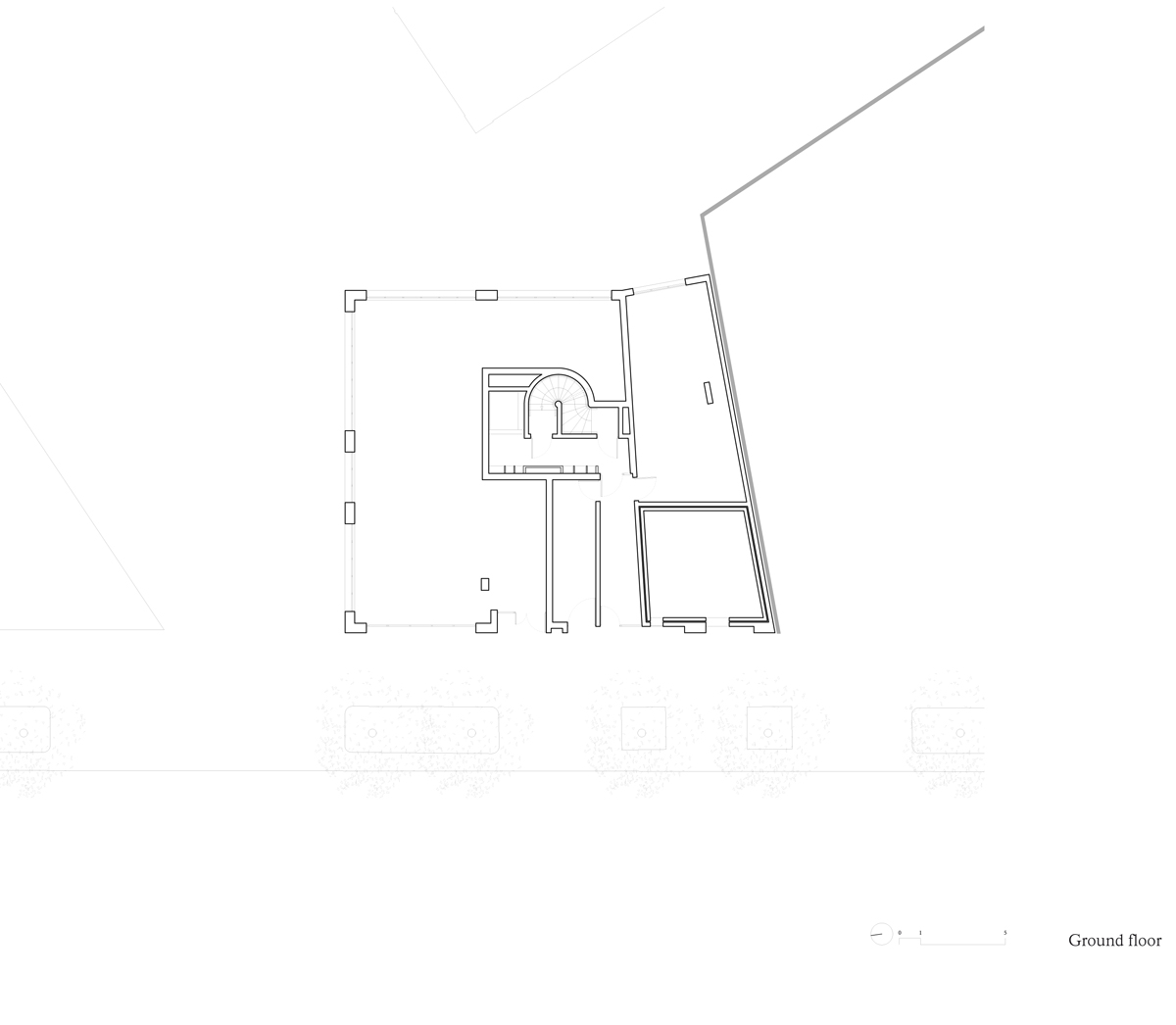 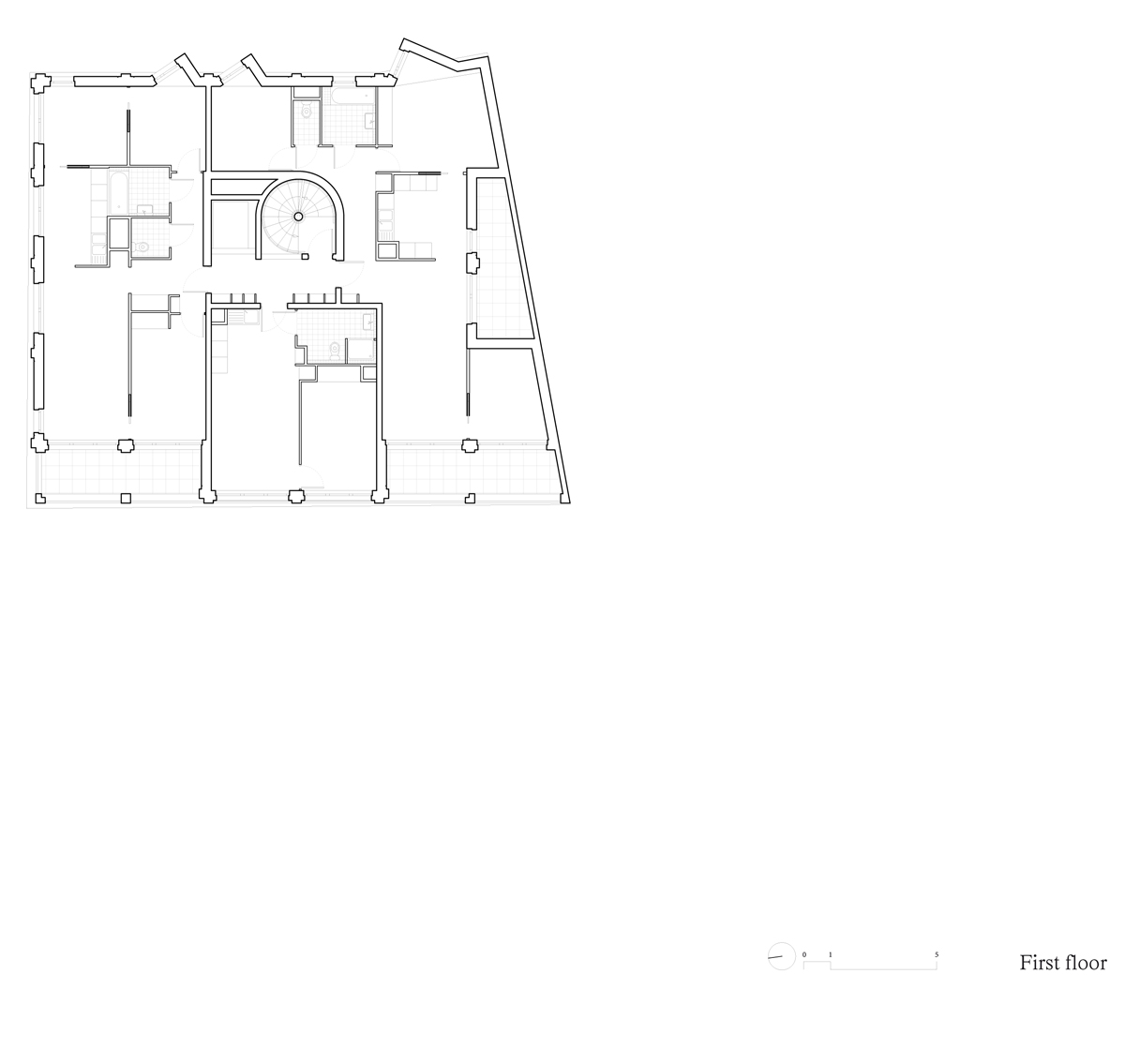 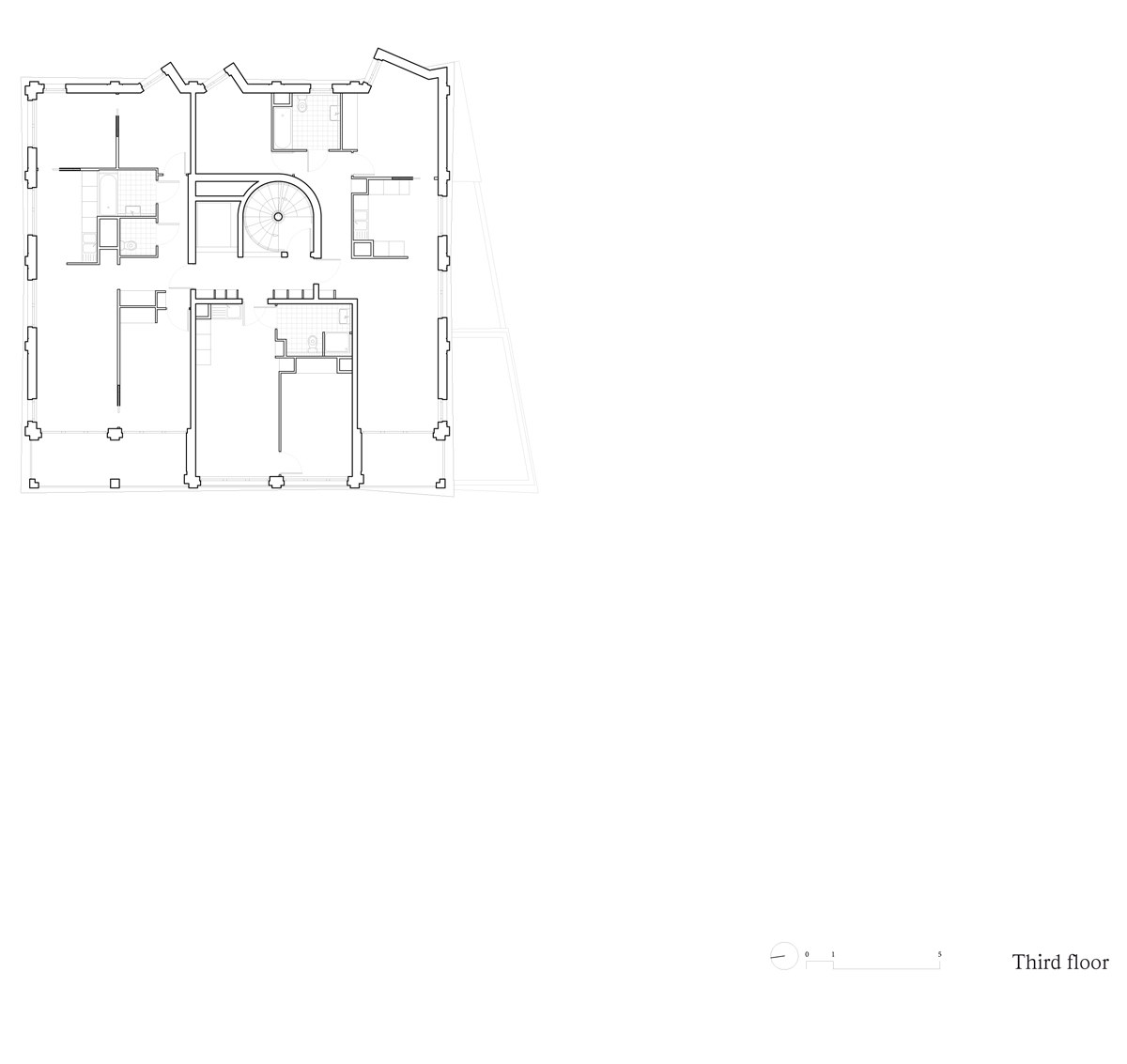 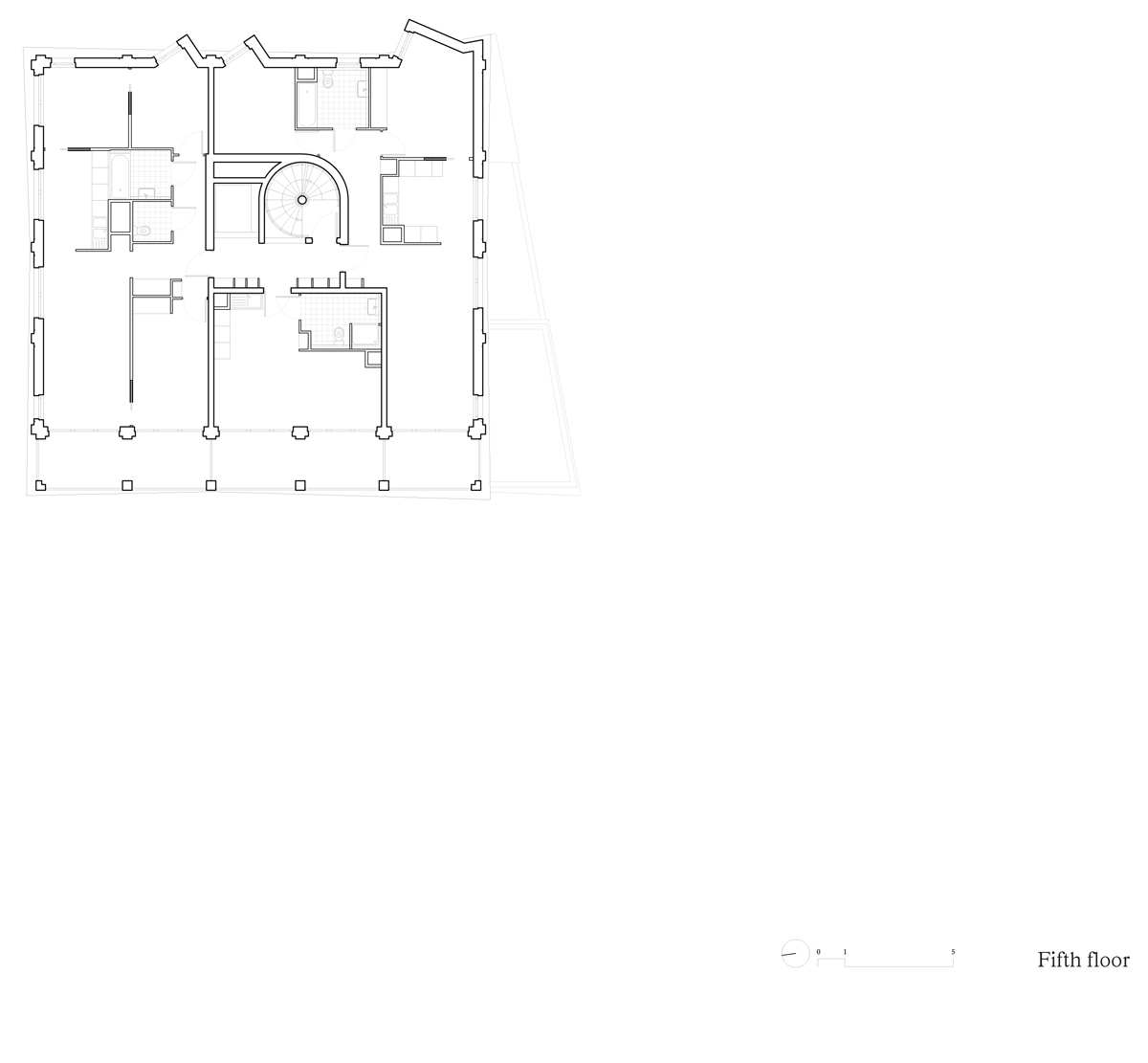 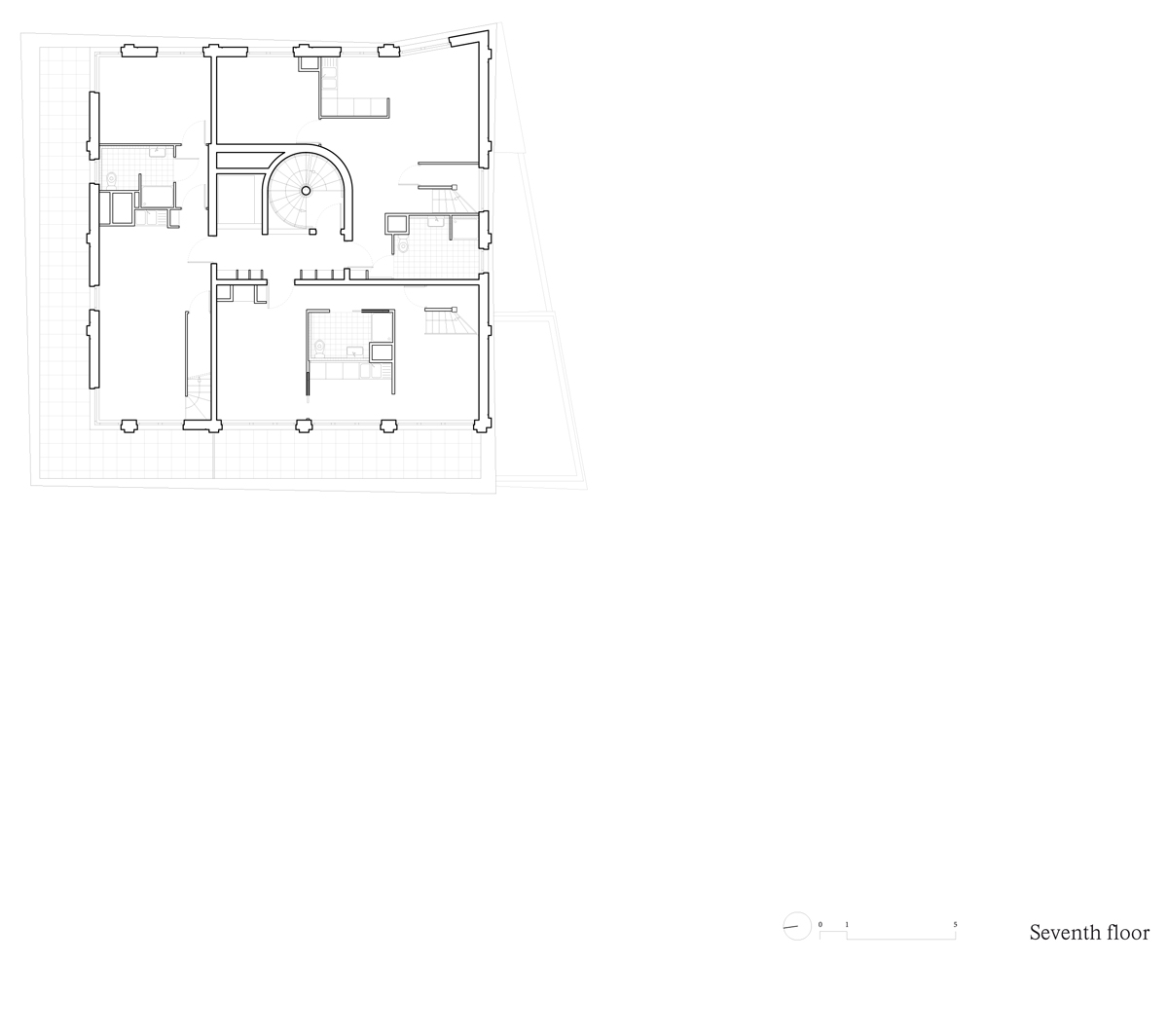 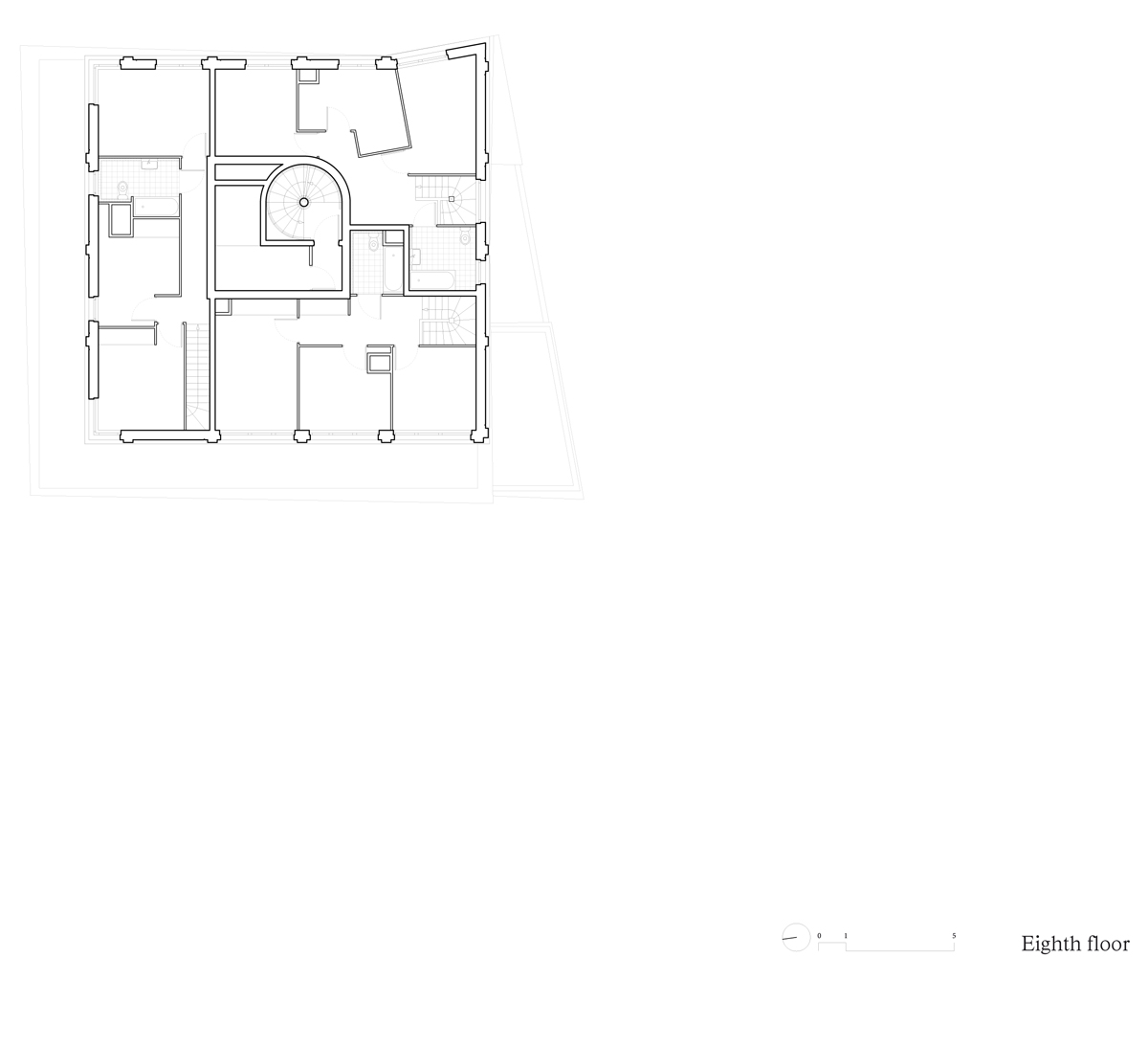 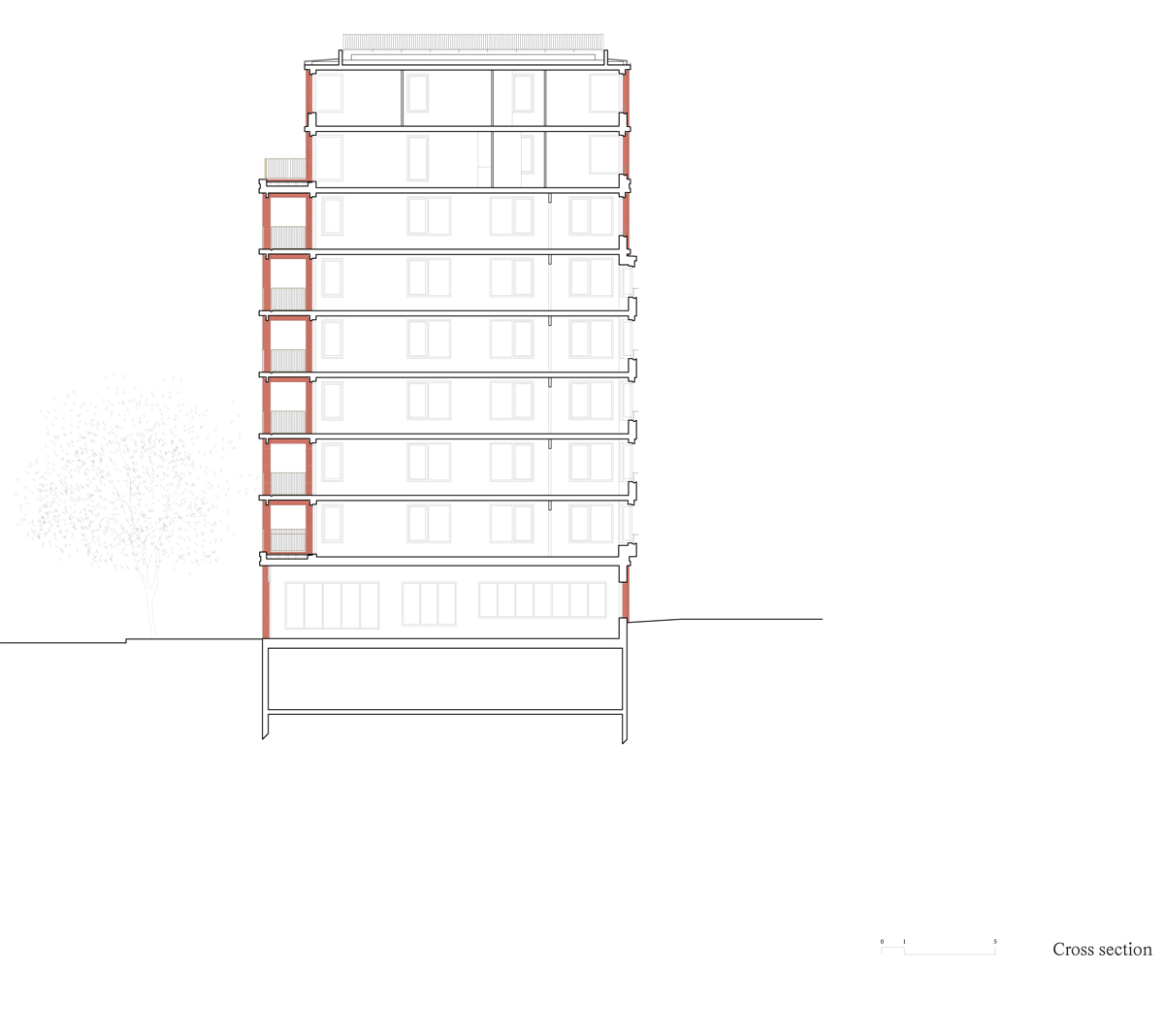 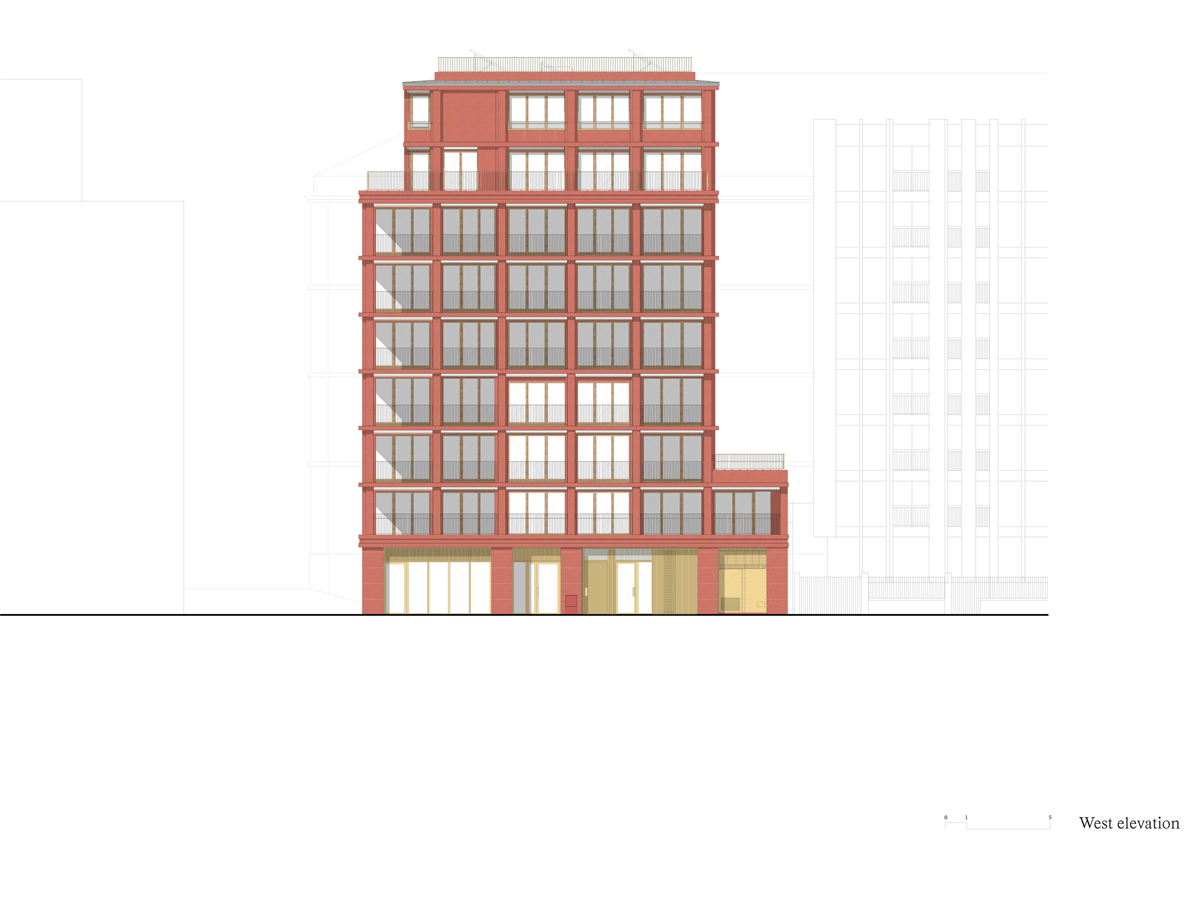 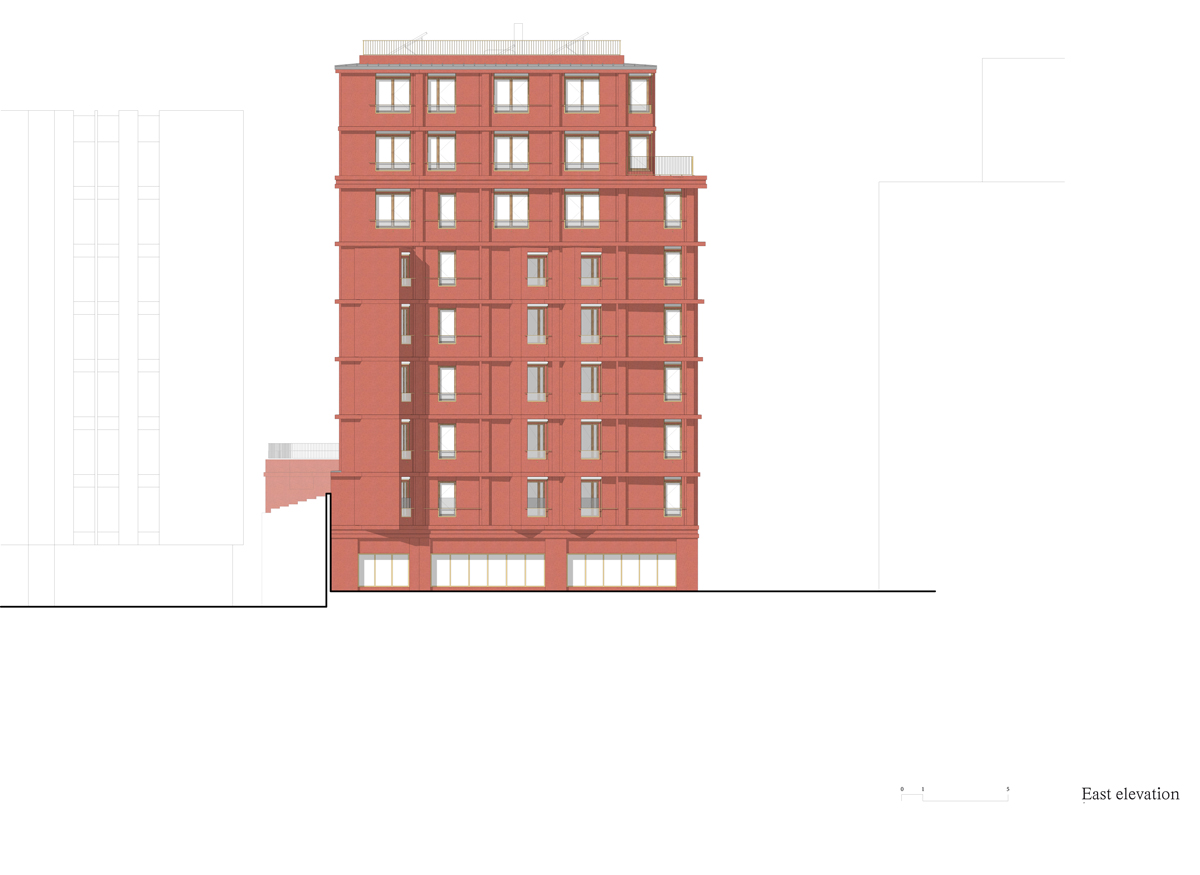 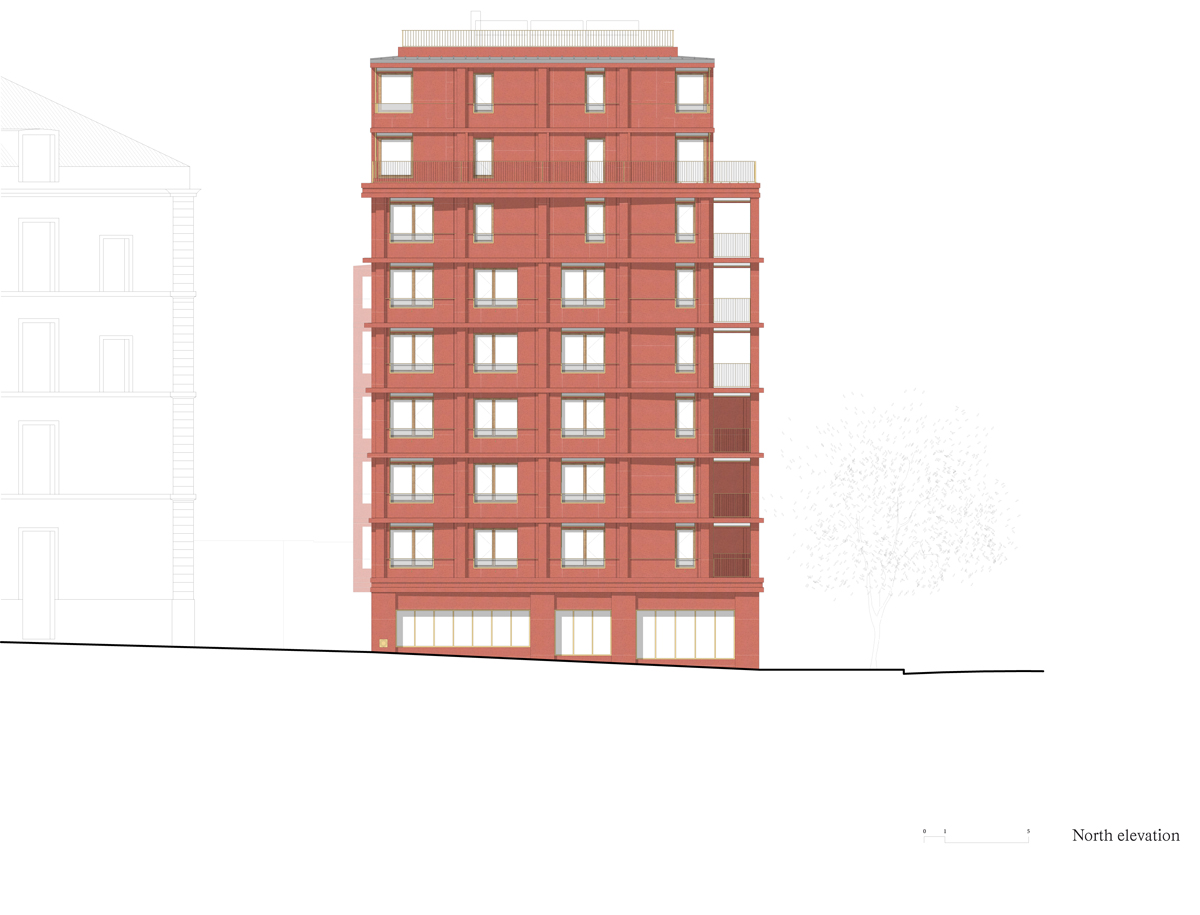 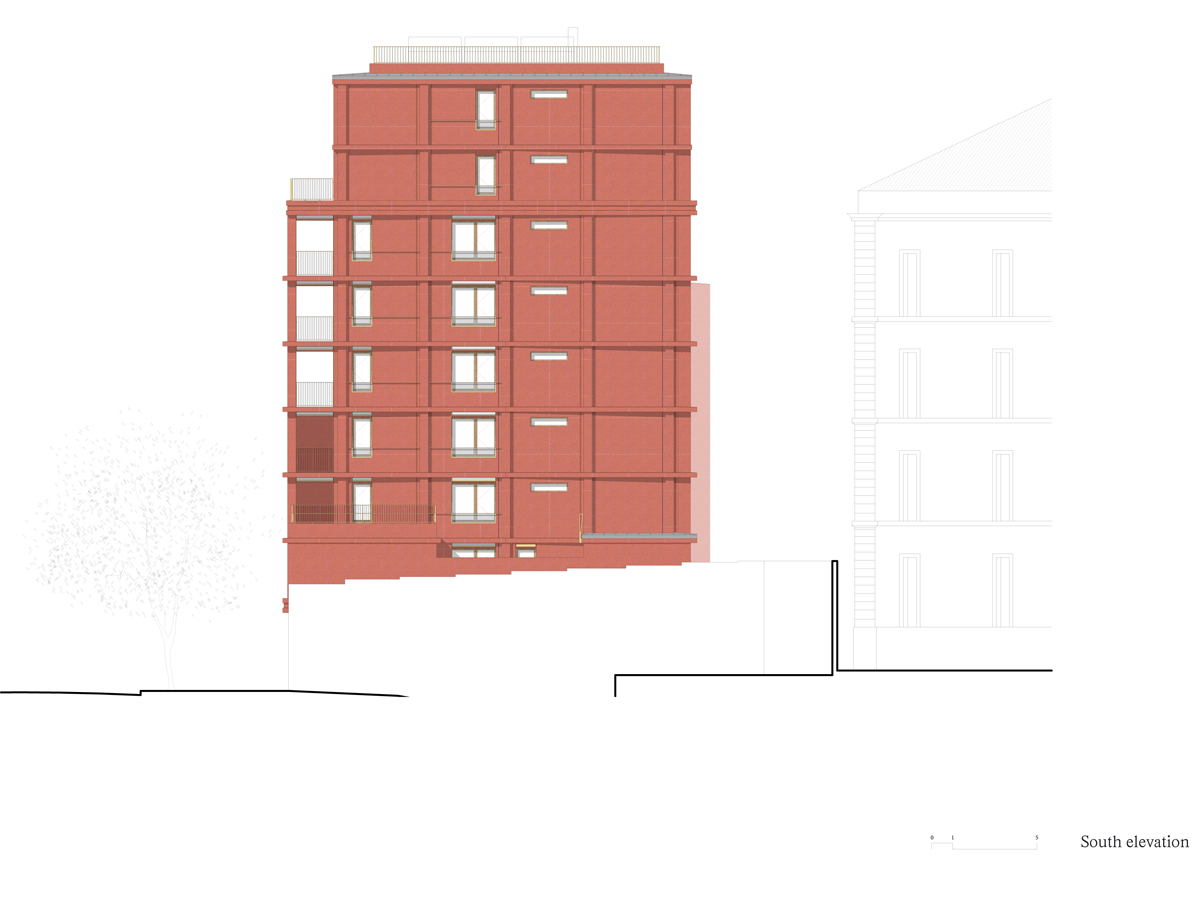 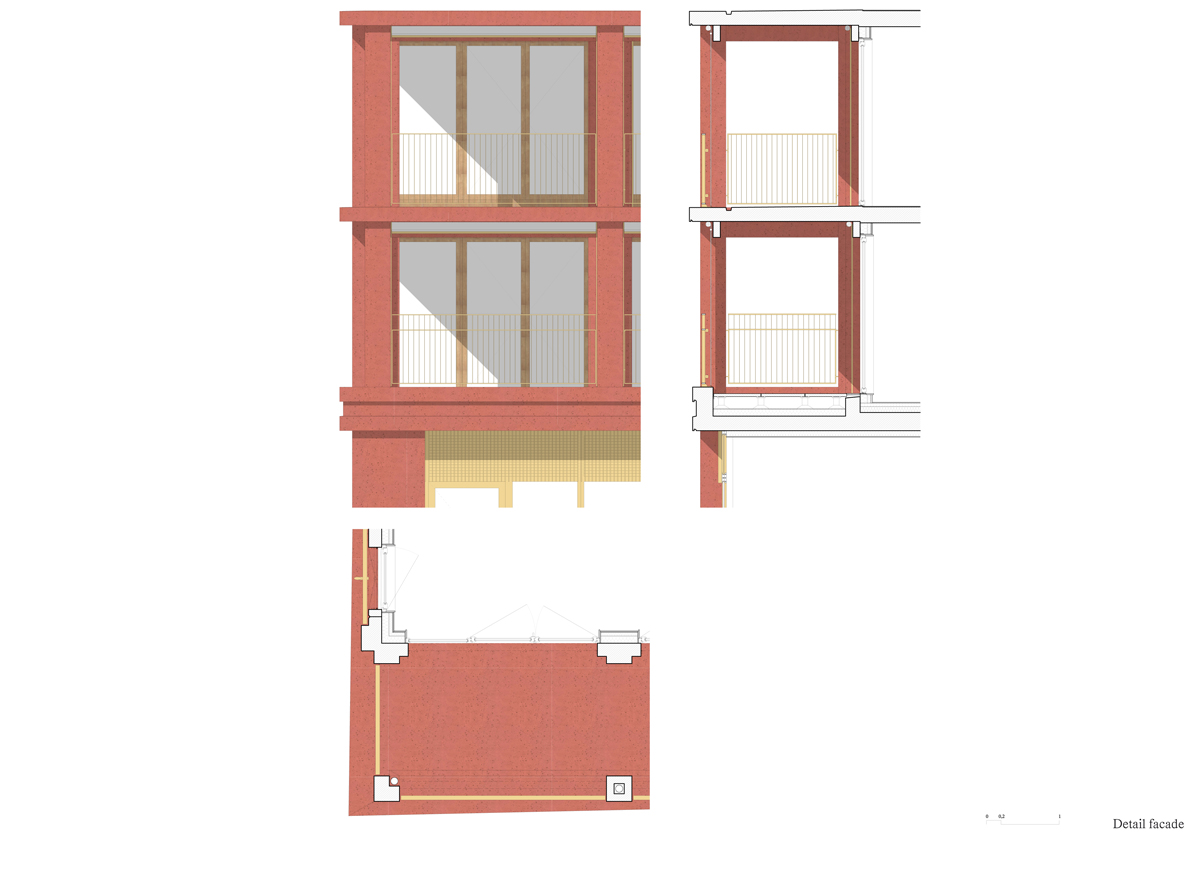