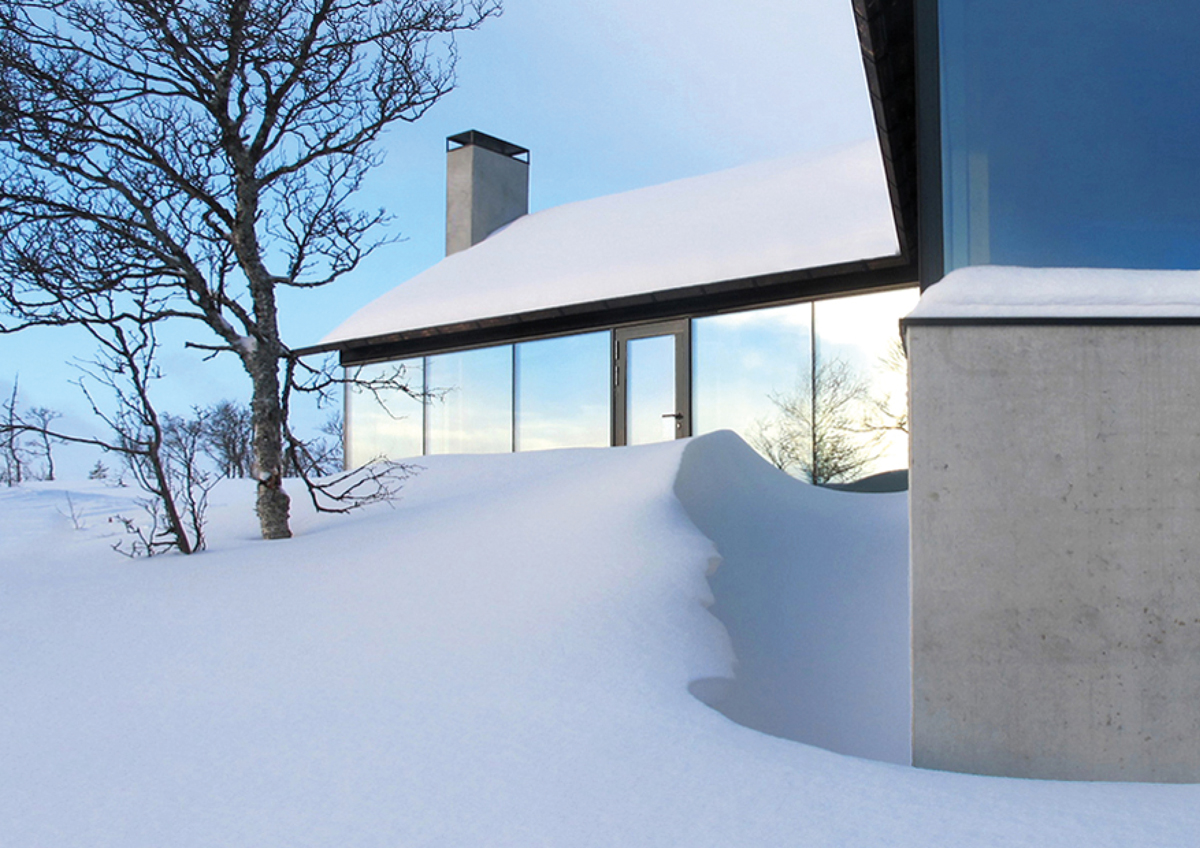 A concrete cabin in the mountains of central Norway, defined by three gabled roofs with three separate fire places at the end of each wing. A plan following the terrain and a 22 meter long window creates a close relation between the spatial structure on the inside and the sloping terrain, with birch trees and heather, on the outside.

The cabin is placed in the alpine landcape of Trollheimen, in central Norway. The 120 square meter building has three wings, connected in a star formed plan. The program consists of a large living room, three bedrooms, a sauna, a ski preparation room, bathrooms and an annex. The cabin is carefully placed and tailored for the sloping landscape, ensuring no alteration or harm to the nearby terrain.

The project is erected in an strictly regulated area, and regulations only allowed old fashioned cabin style with a limited regulation of height and window size. However, by working closely with local carpenters and by interpreting local building techniques and traditions, we convince the local municipality that a more modern take on the traditional cabin would work at this particular site. The concrete foundations defining the three fireplaces also allowed us to encounter the terrain in a natural way. Both the sloping terrain and the trees and heather nearby remained untouched as the cabin simply drops into the hillside demanding no alteration or modification of the nearby landscape.

The cabin is clad in carbonized ore pine and concrete. The interior is lighter, fully covered in waxed poplar veneer. In addition to the concrete walls, the cabin is constructed of wooden walls and roof. All main materials and products are locally made and produced, ensuring an environmental and economic sustainability to the projects. 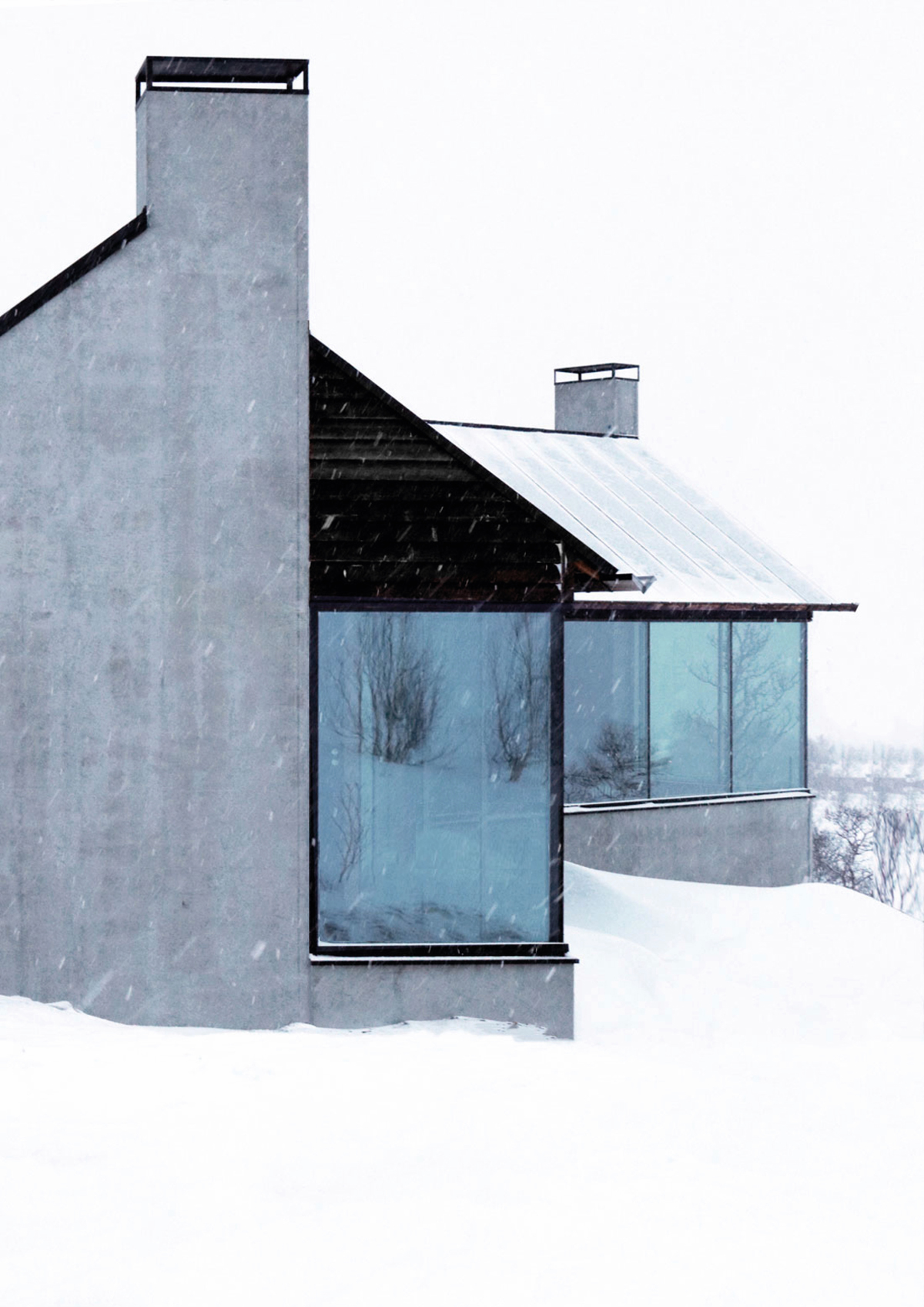 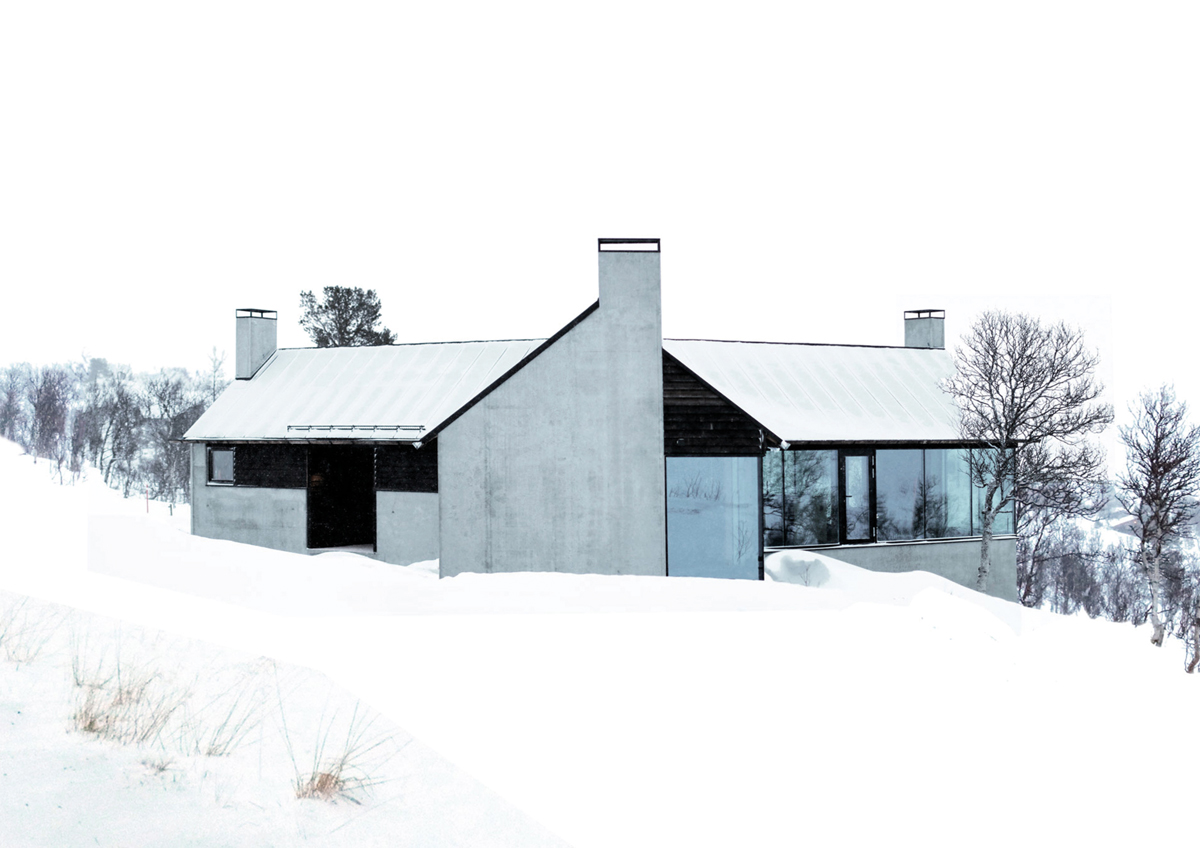 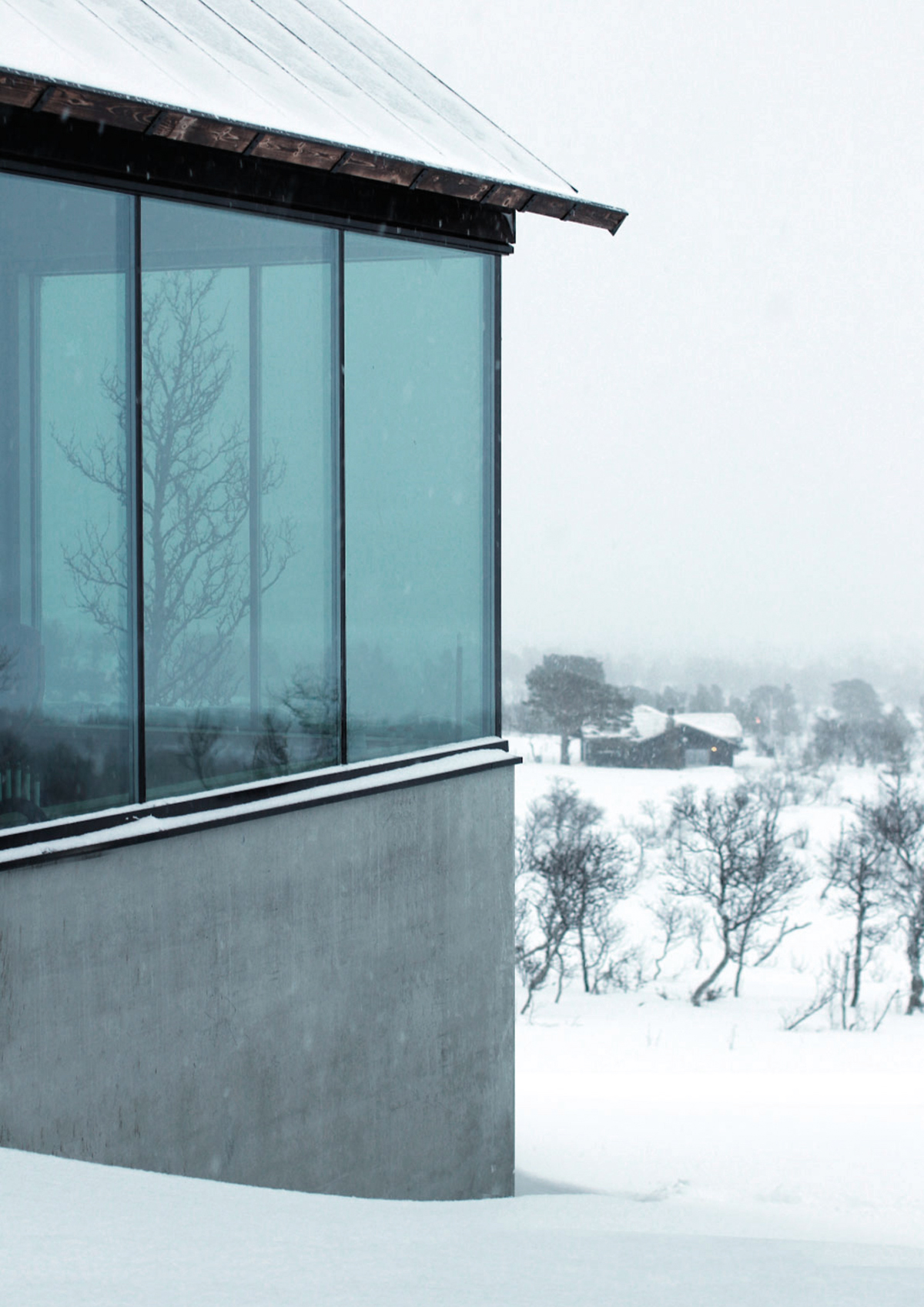 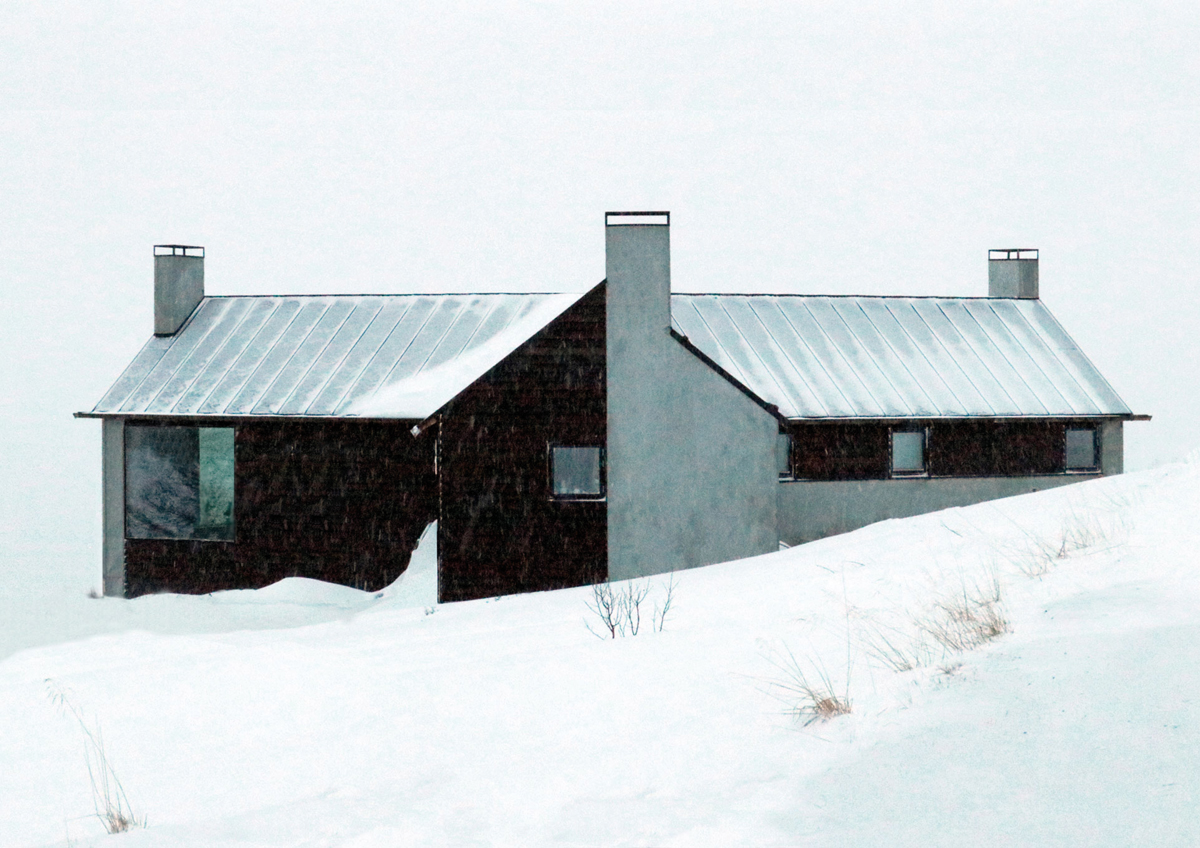 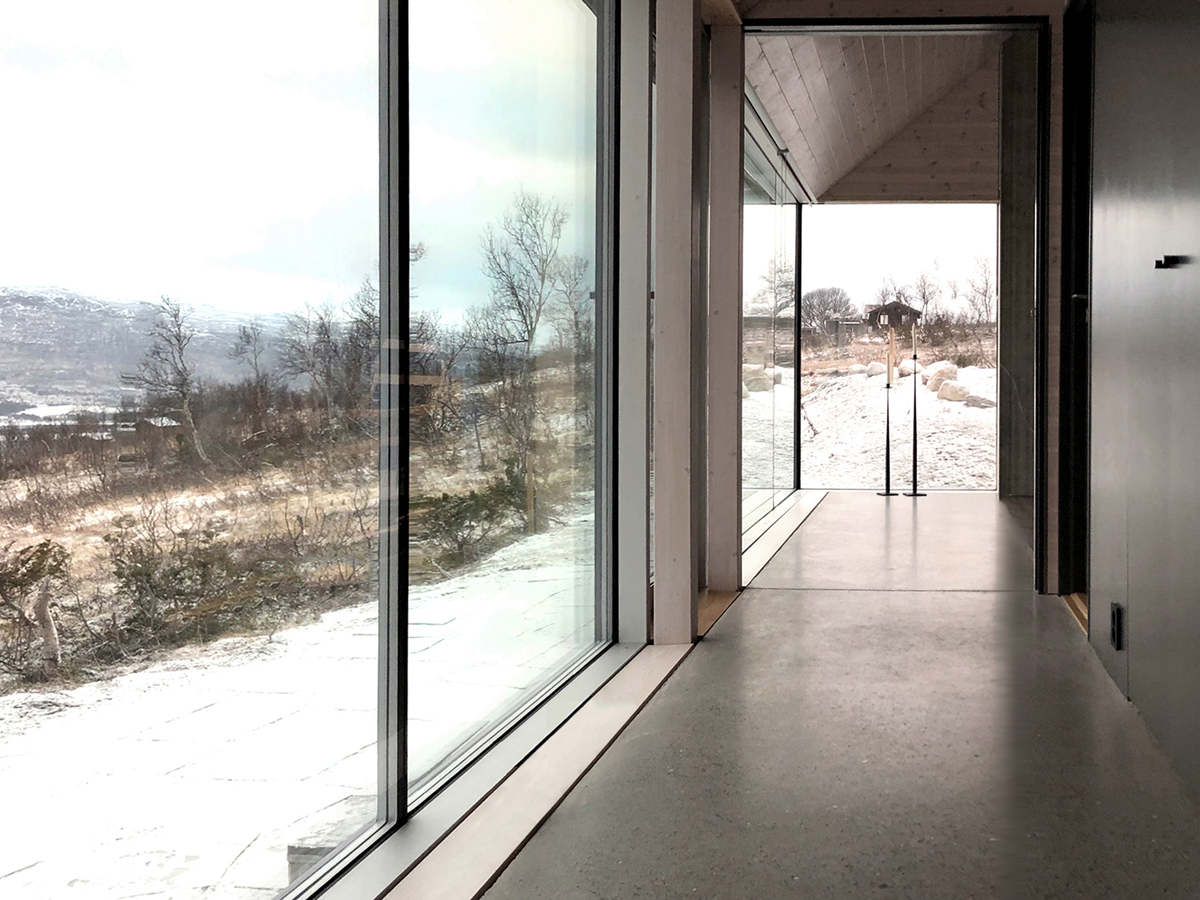 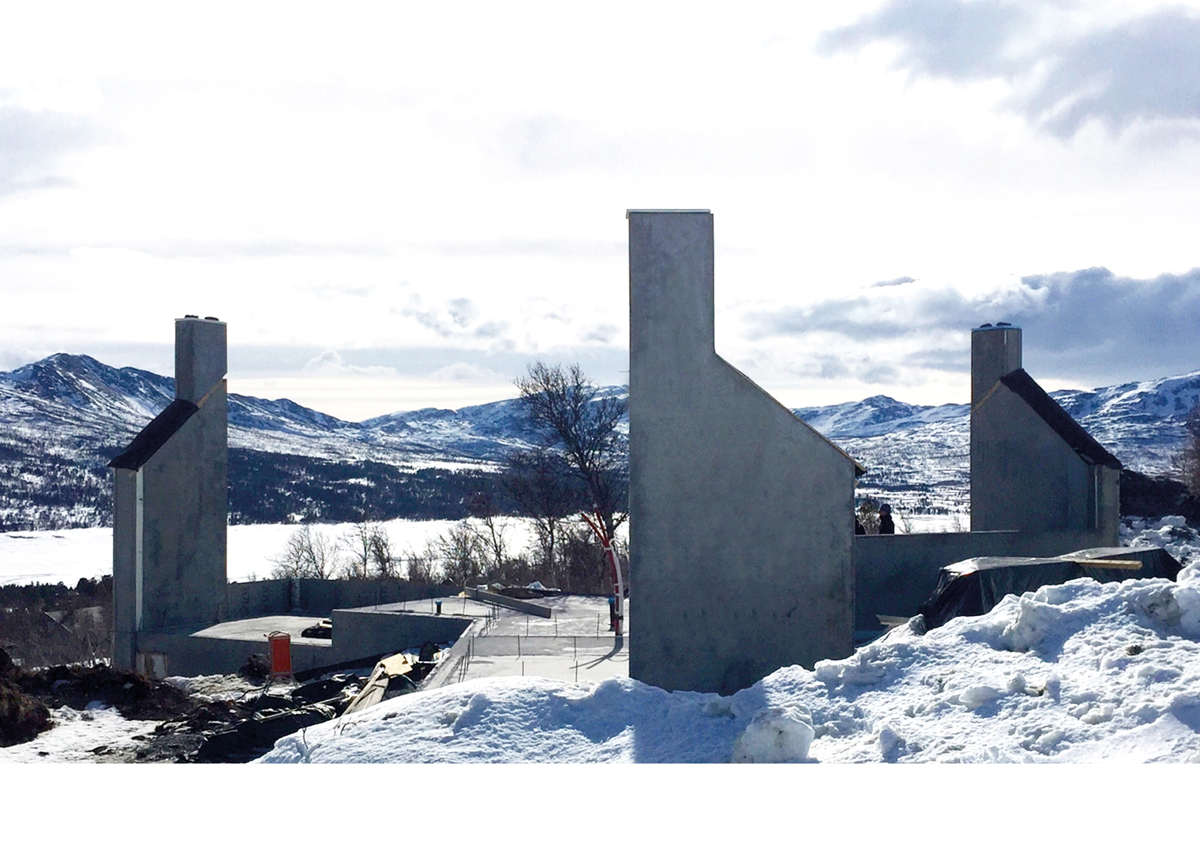 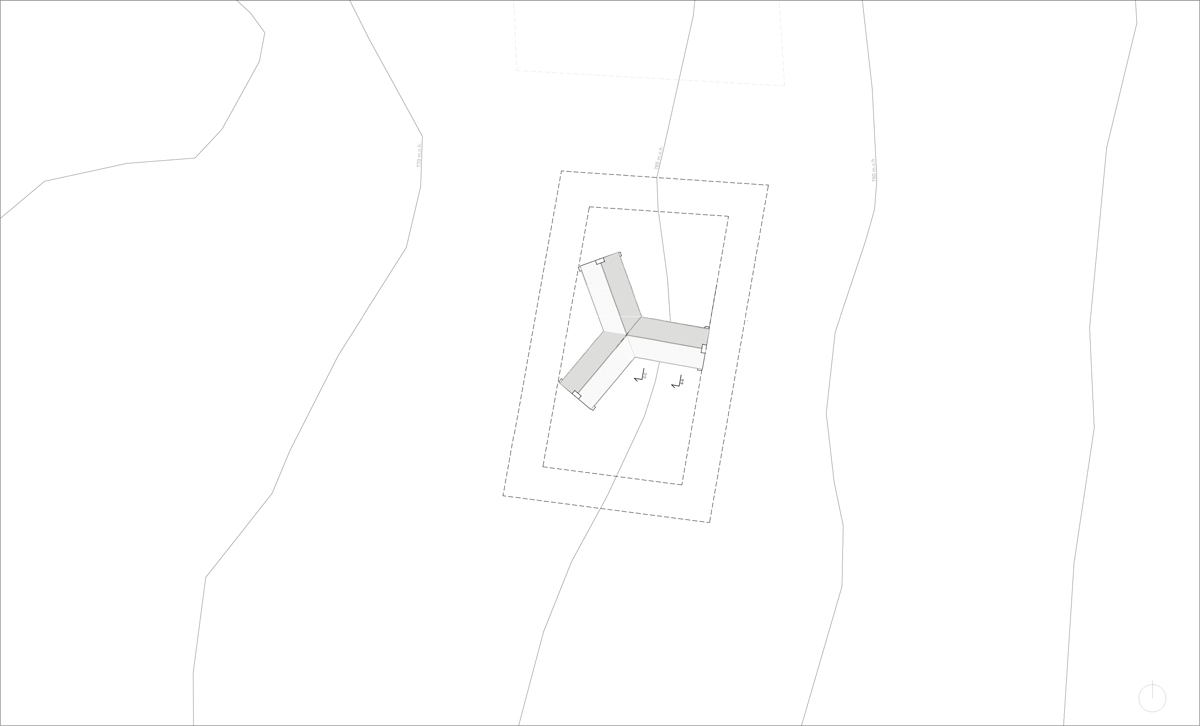 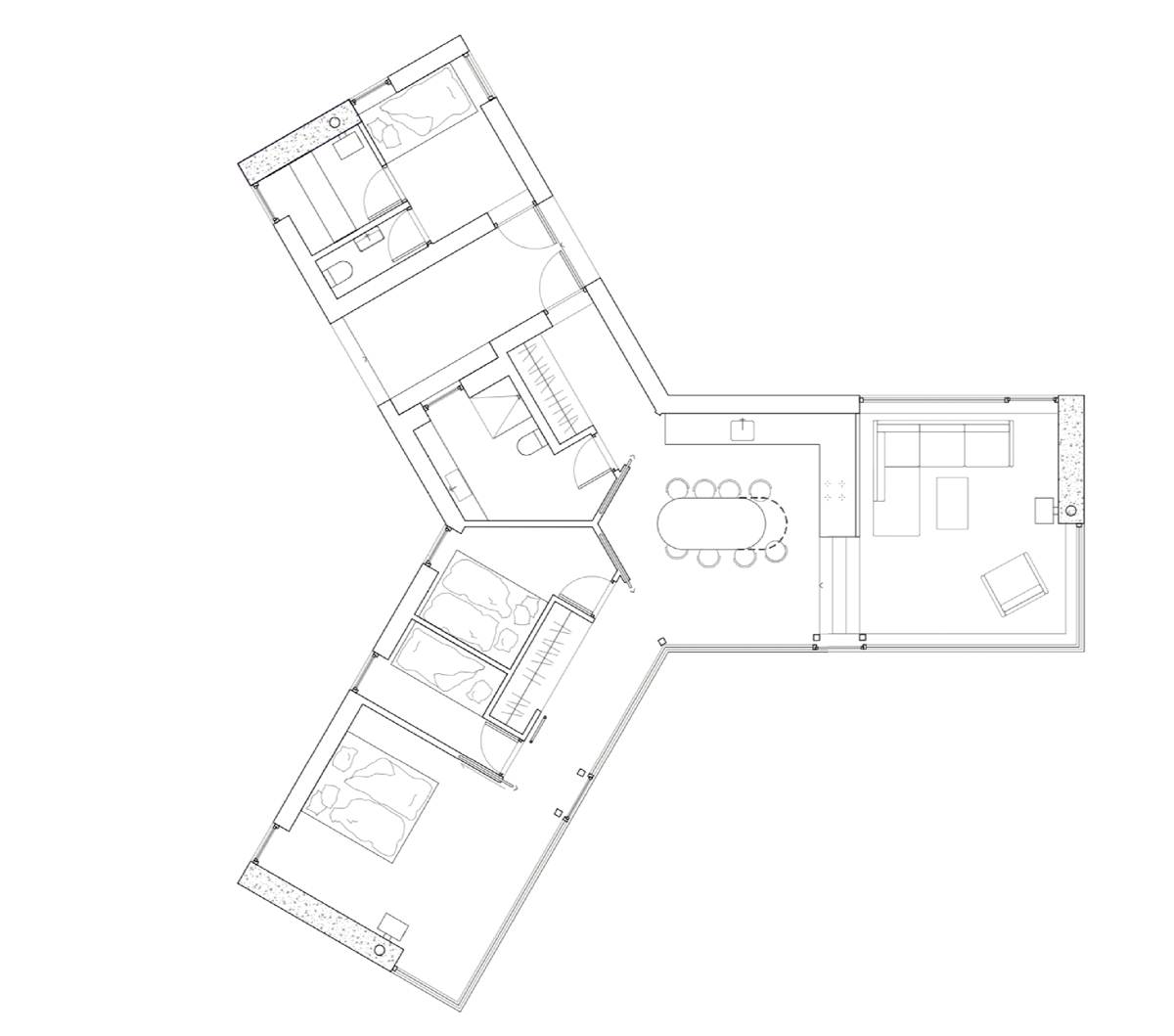 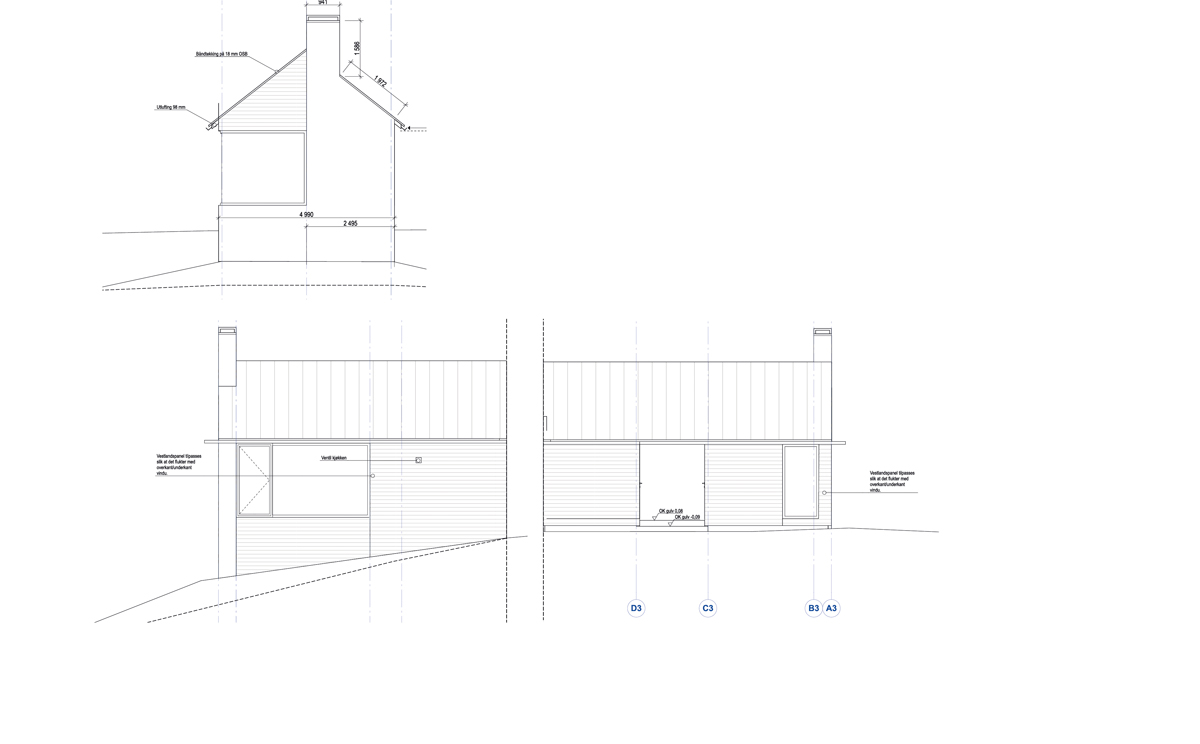 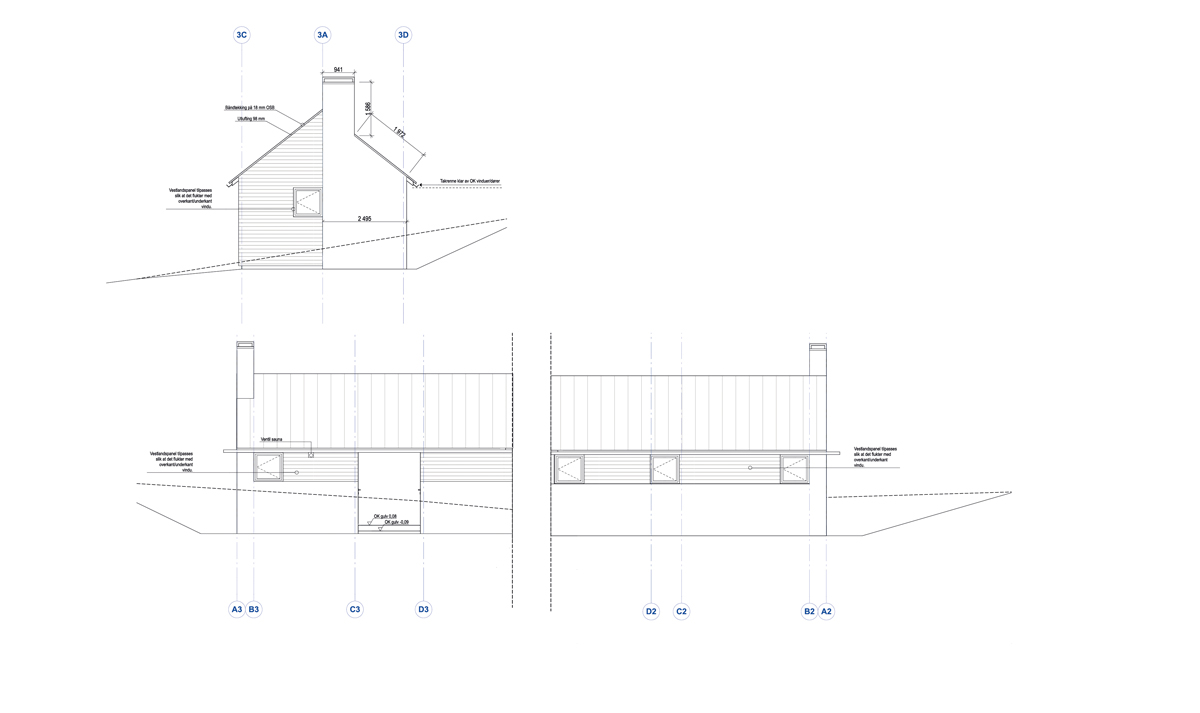 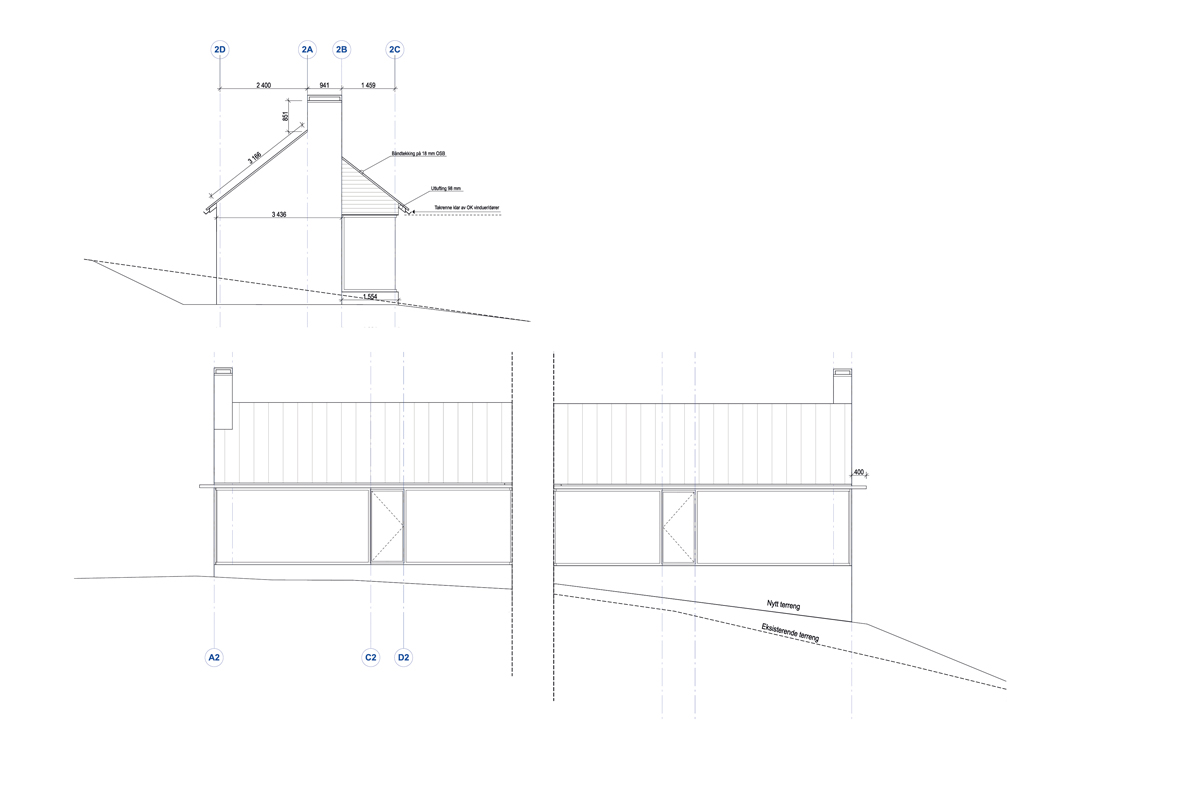