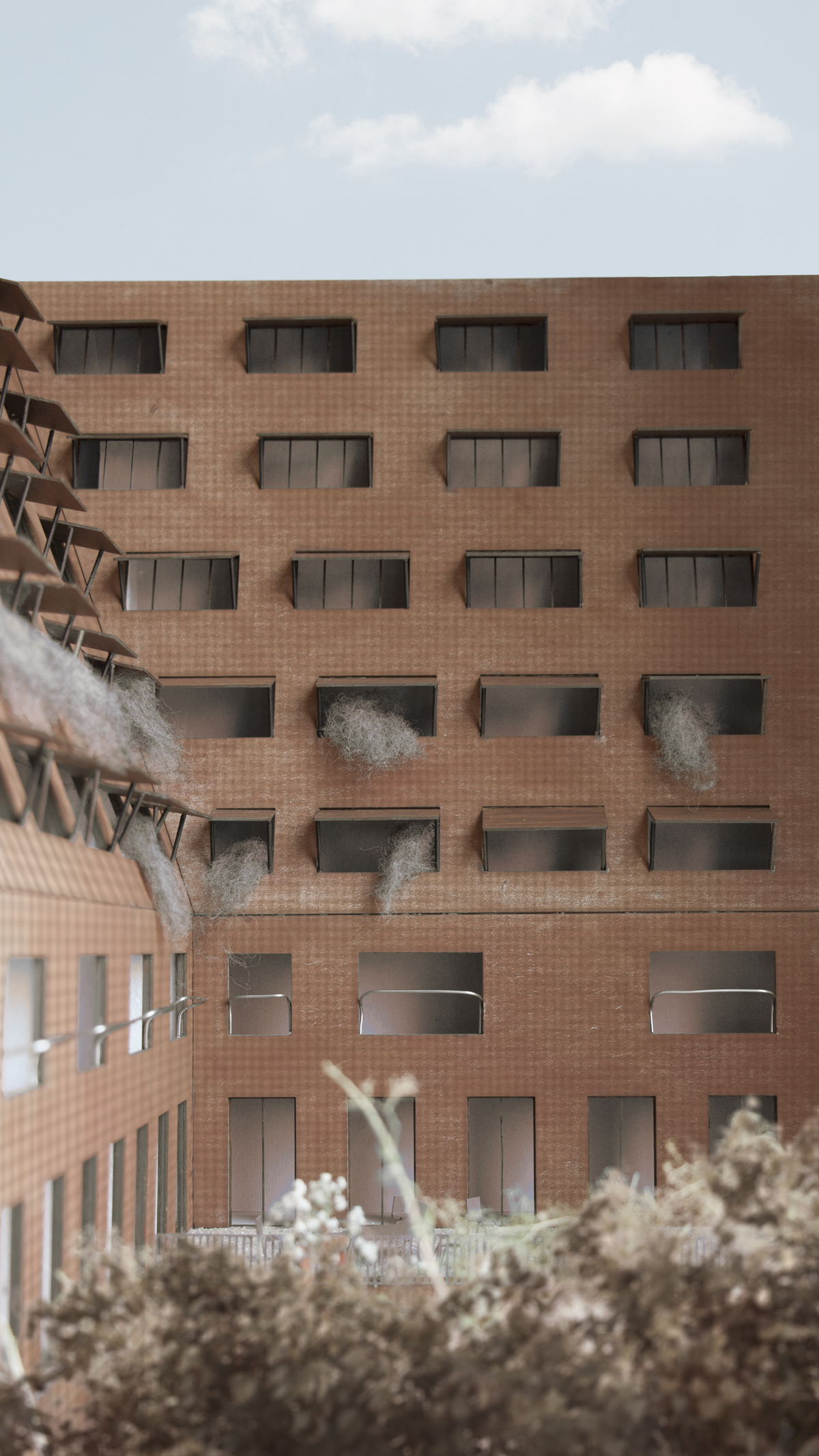 The condominium project was an attempt to reconstruct the urban tissue destroyed by the Italian fascist regime in the twentieth century, between Via Giulia and the Lungotevere in
Rome.It was envisioned as a proposal that, first and foremost, respects the context in which it fits. Furthermore, it attempts to enrich it with programs besides housing, such as a
parking lot in the two underground levels; a department store on the ground floor (that also allows to level the 3 meters height difference caused by the anti-flood system); offices on the first floor, which, by having a higher ceiling, can also be viewed as the piano nobile (as a reference to the typical Italian Palazzo); and a covered viewing area on the top floor of the highest volume. All of these elements are intended to respond and take advantage of the needs and possibilities presented in this area in the center of Rome. In the center of the complex a courtyard takes place, allowing light and air to reach as low as the ground floor. For this reason and to preserve the context, the side of the volumes that are facing the streets have inclined roofs similar to those of the surroundings, while the inclination of the roof in the courtyard side extends down to the second floor, allowing more luminous and open interiors. The material that was designated to comply with the complexity and disposition of the project was terracotta tiles that cover the whole building, having no distinction between roof and facade. This makes these volume a mass with different inclinations that is only interrupted for openings of light. To allow the flexibility of the facade while at the same time being coherent with the material of the exterior, the structure consists of insulating structural bricks supporting concrete slabs. On the inclined side, a series of tensioned steel cables pass through ventilation holes which already exist in the bricks, allowing them to be adjusted during the construction to minimize the lateral push.
The floorplans of the housing floors were thought in a way to keep the vertical accesses and cores of the apartments always in the same vertical position so that even with the inclination of the courtyard side facade there would be no need to move the circulations nor kitchen and bathroom pipes. The part that would be reduced would always be the lodga, which
eventually would not exist (as seen in the section). The distribution of the apartments is centred around an octagonal entrance hall that reduces to the minimum the circulation areas. This was always an important part of the apartments’ concept, because it allows a scenographic view of the house where all the life of the apartment can be viewed simultaneously, as seen in the interior image below. The only other circulation area would be a smaller hall of distribution to the private area of the rooms. 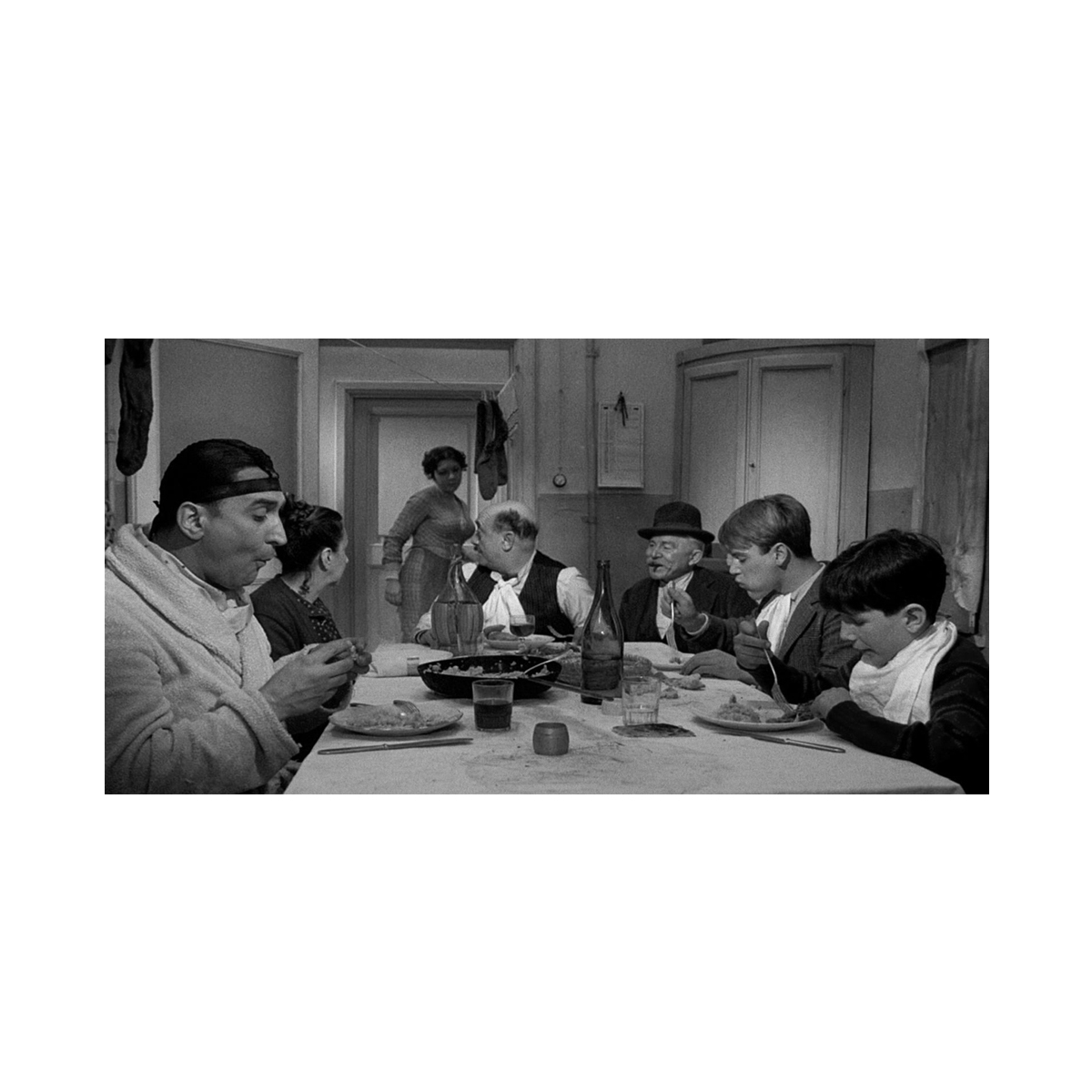 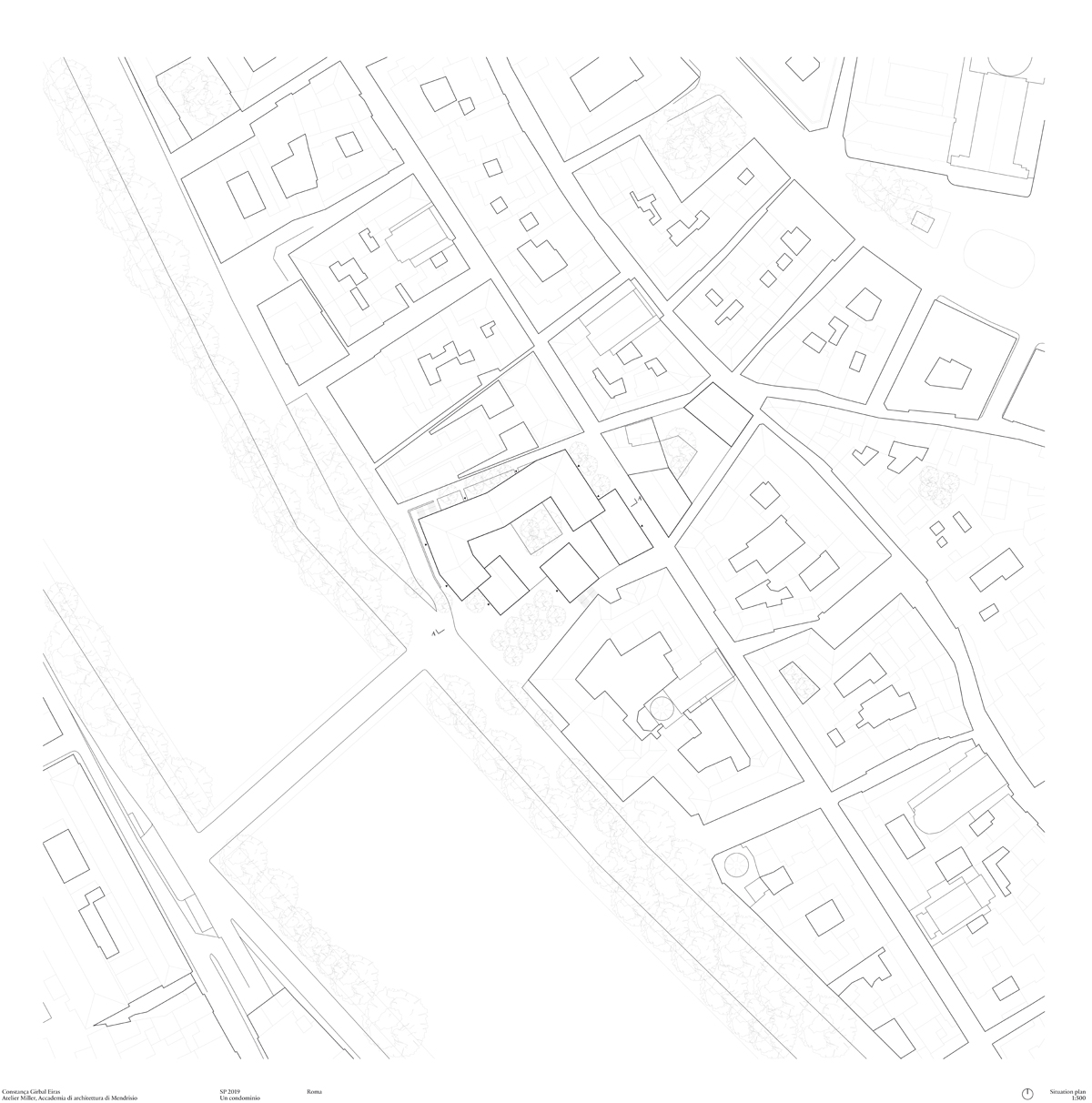 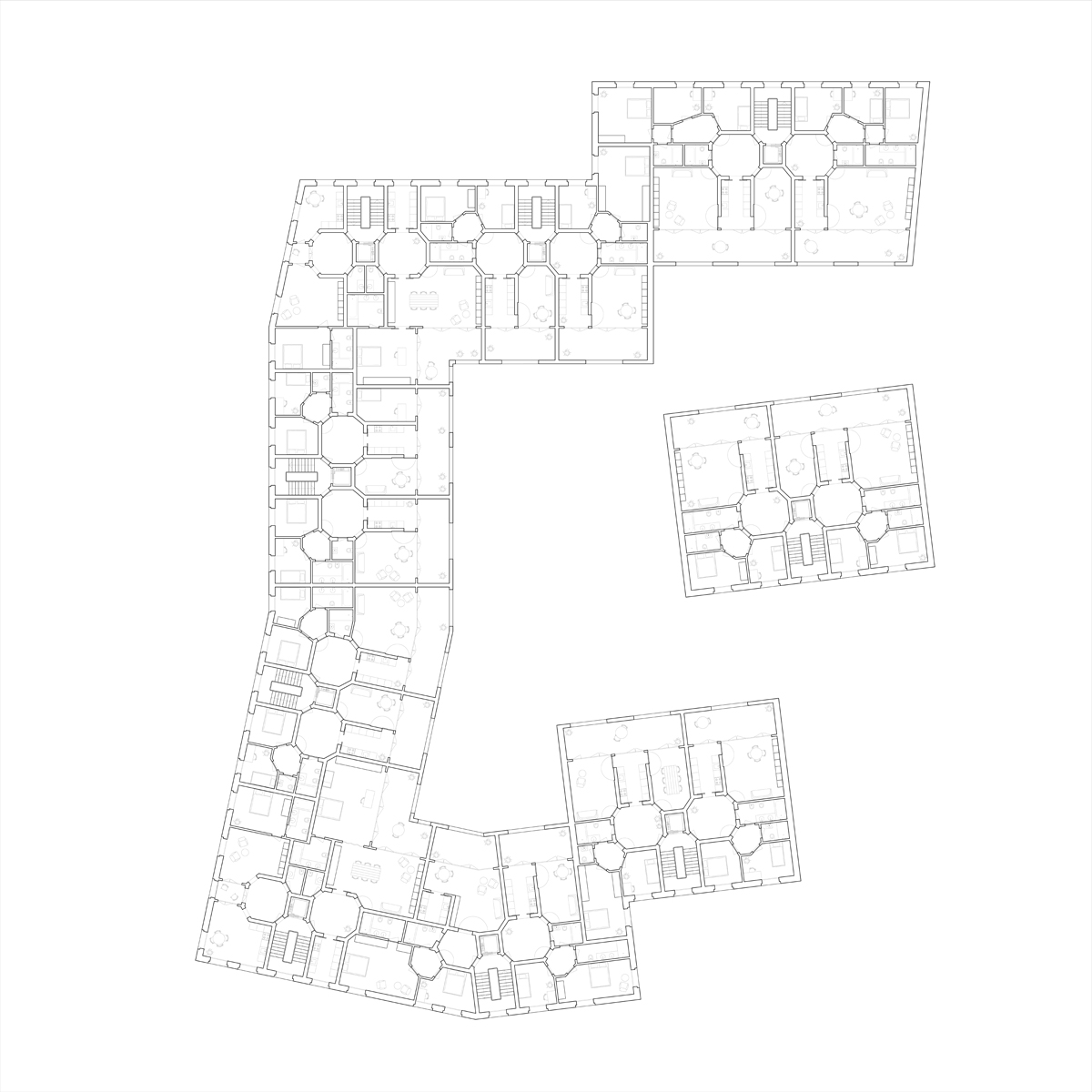 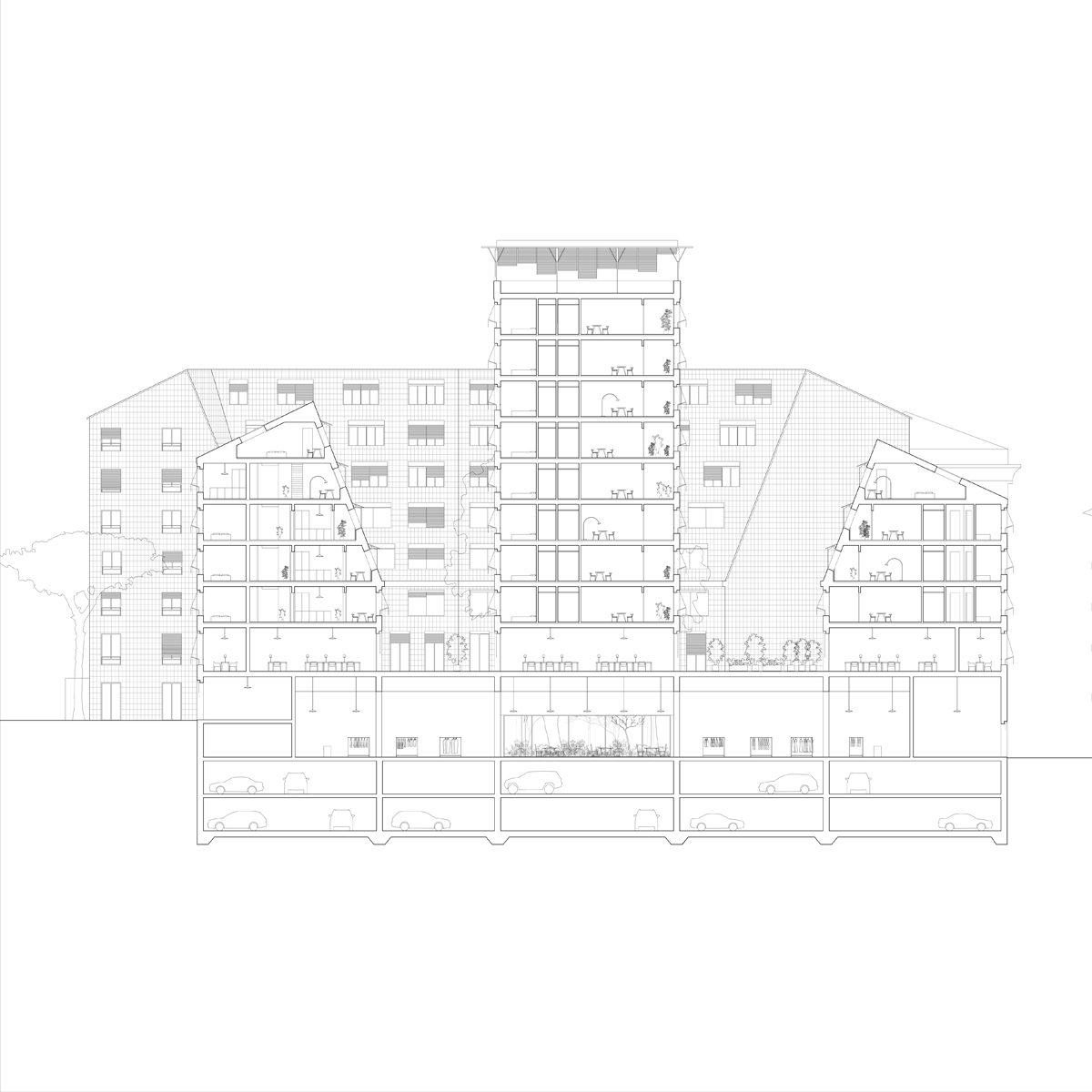 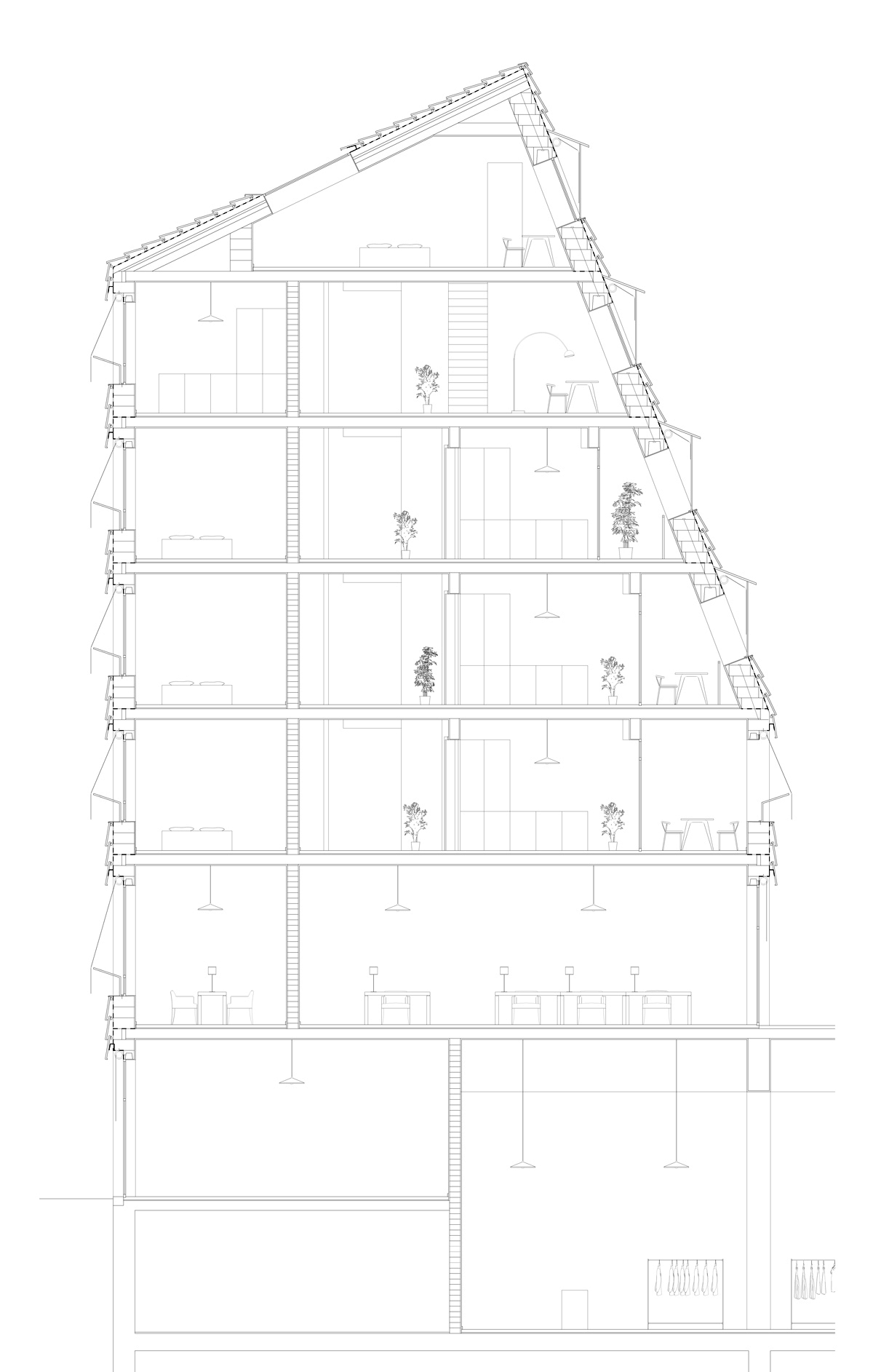 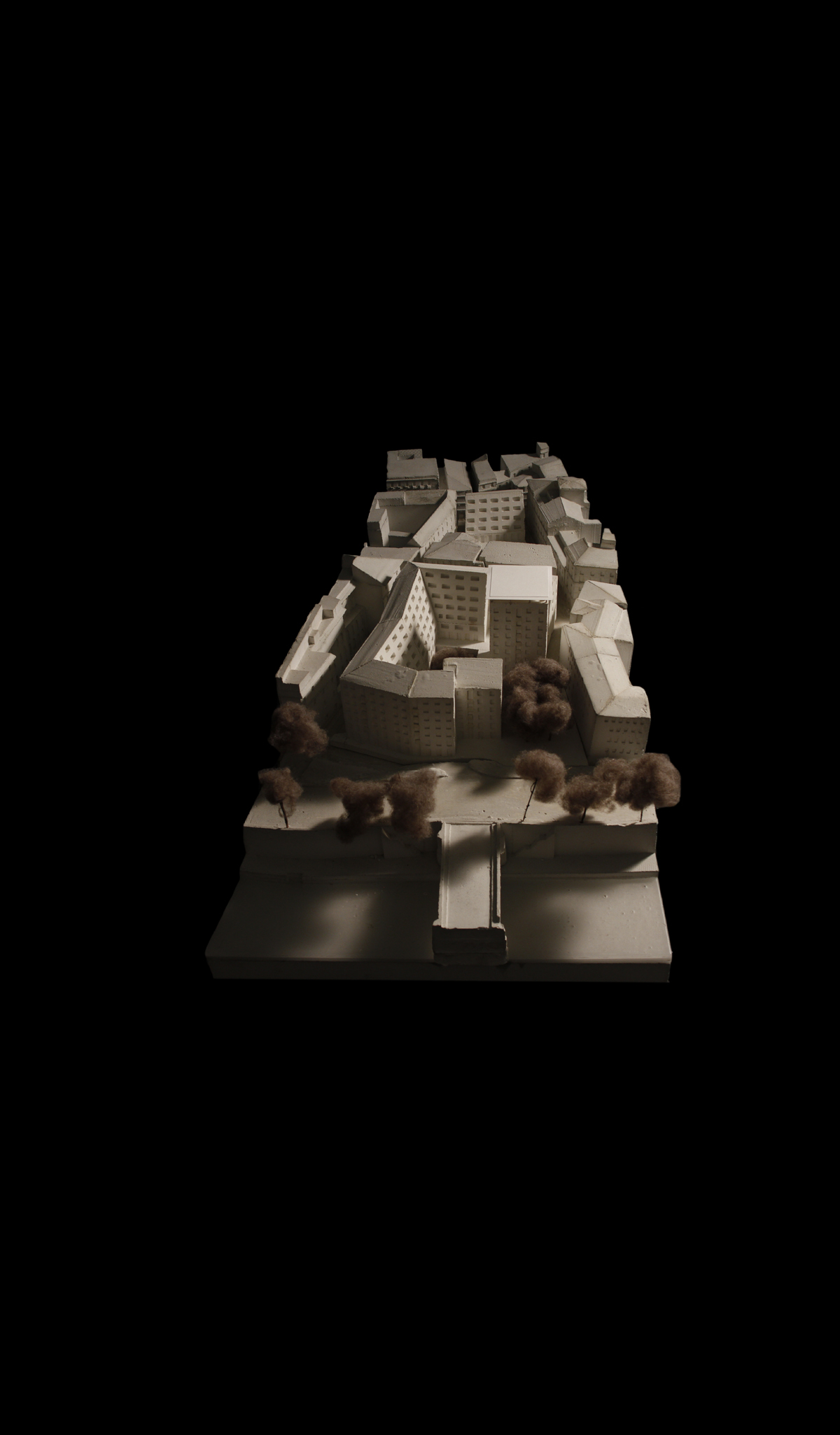 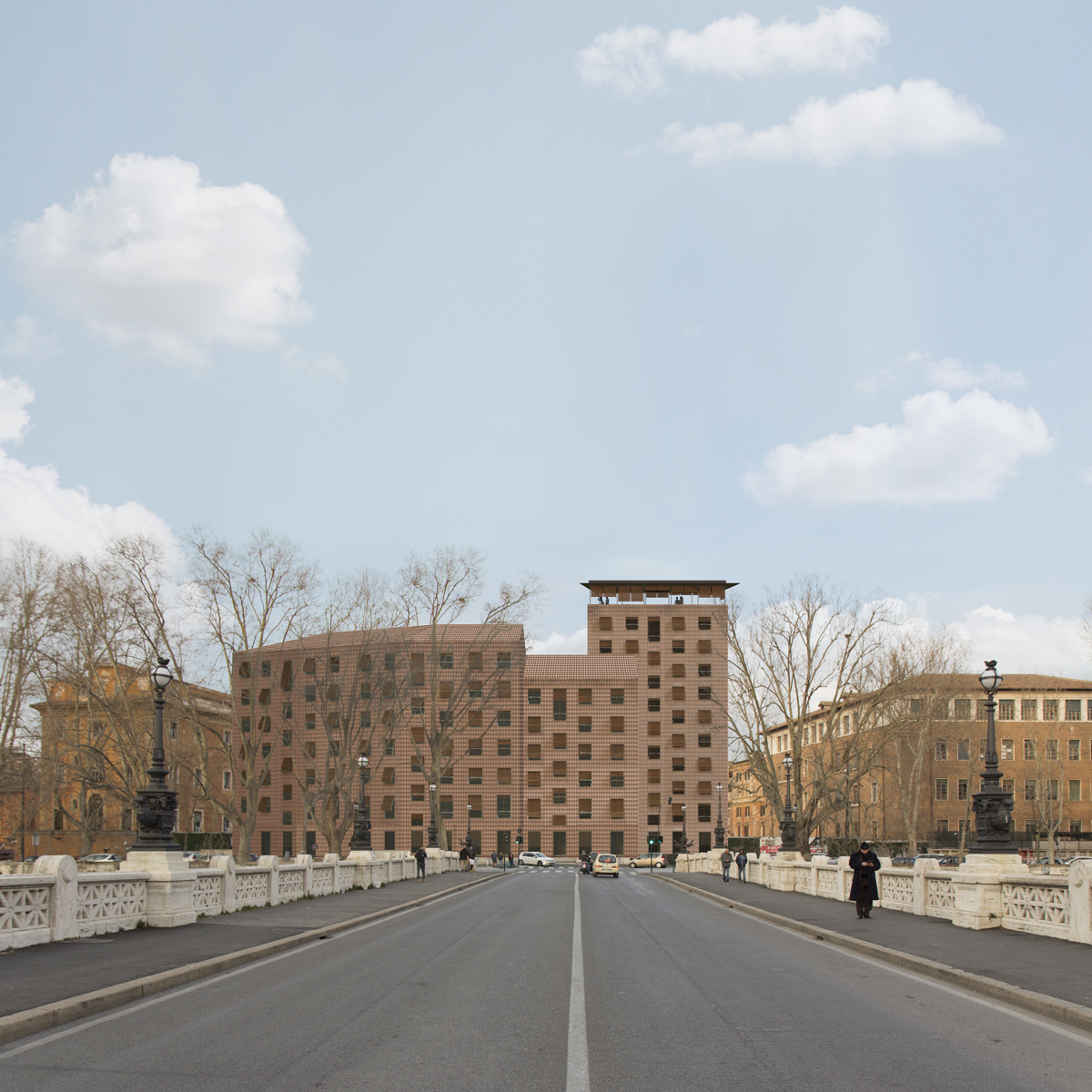 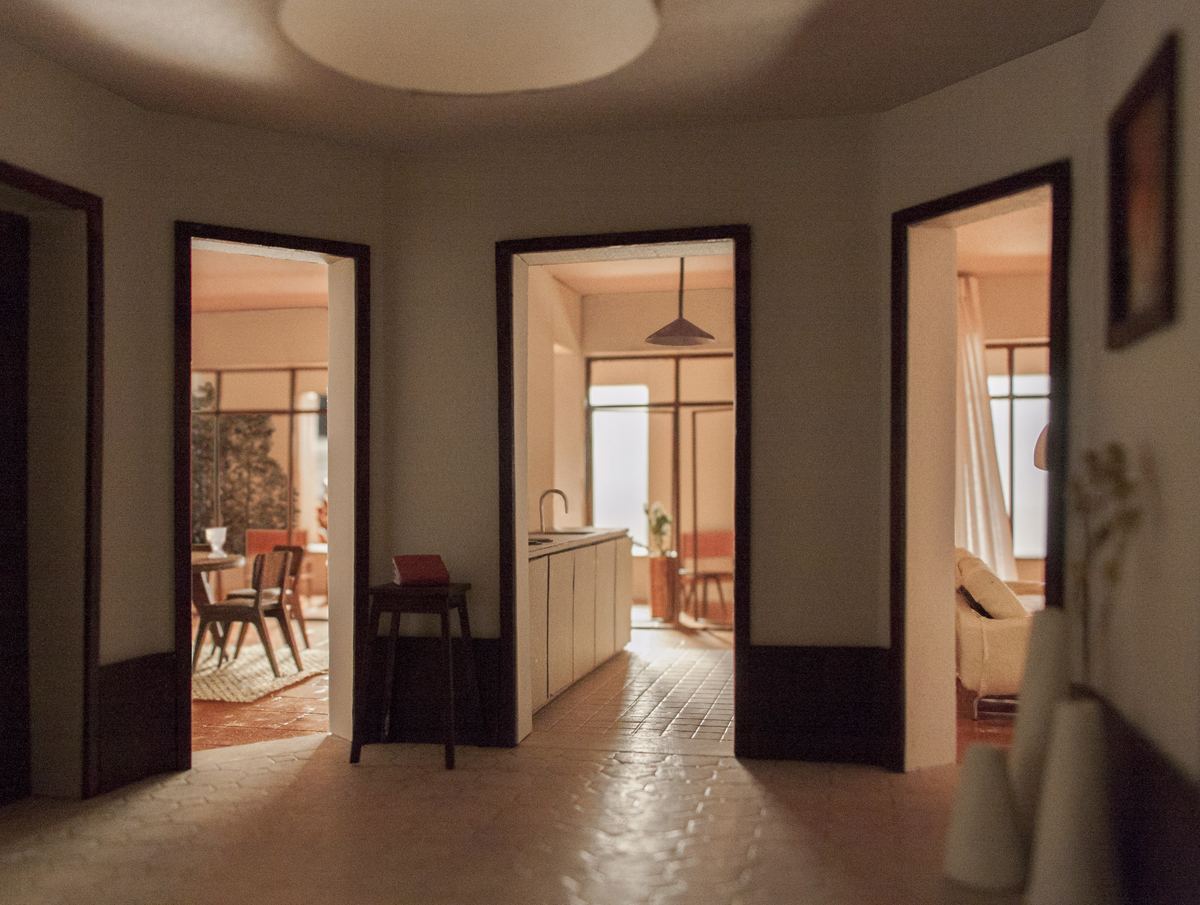