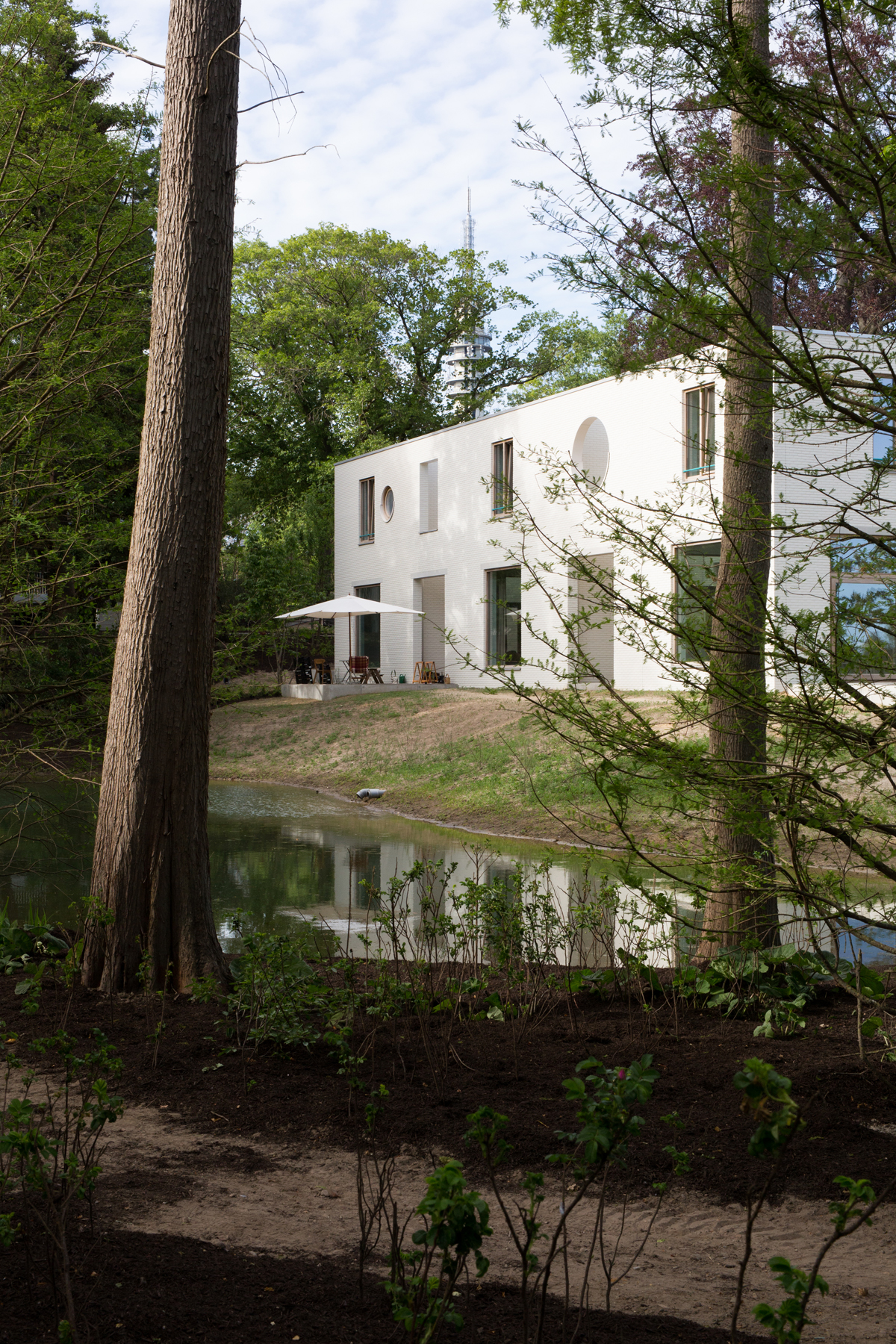 These two buildings shown are the first completed of eight residential buildings designed by us for the Klingelbeek Estate, a beautiful green park along the river Rhine, in Arnhem, Holland.
Centuries ago this park and its villa formed part of a hamlet called Klingelbeek. In the early part of the twentieth century the villa was turned into a monastery. An allotment garden, a ruin and natural pond remains to to this day and forms part of the new landscape in which the buildings have been placed.
The new development consists of a mixture of apartment buildings, town houses, a villa and workshop building to form a new set of relationships from living to working. While the park is shared amongst all residents to become the heart of the community, each building creates different private outdoor rooms that negotiate the transition from the private to this shared landscape.
In the case of the Forest Apartments a row of columns support balconies that wrap the entire perimeter of the building, giving four equal facades that address the landscape in every direction and giving each room access to the outside. Another row of columns support the interior perimeter of the building, while four walls and five shafts structure the floor plan to form an open and resilient building skeleton.
The Pond House consists of a row of three terraced houses. The front facade forms part of the new square with the existing villa where a series of rectangular and round windows characterise the facade. Patios are set in behind the main facade to create private exterior spaces. These outdoor rooms defines the threshold to the shared landscape. Within the interior an enfilade of rooms gradually step down in response to the sloping landscape towards the pond.
The aim was to create buildings with a clear underlying formal logic, that draw a contrast to the otherwise fascinating landscape, generous enough to be appropriated in different ways.
The project has been developed for and with the dutch developer Schipper Bosch.
All photographs were taken by Antoine Espinasseau. 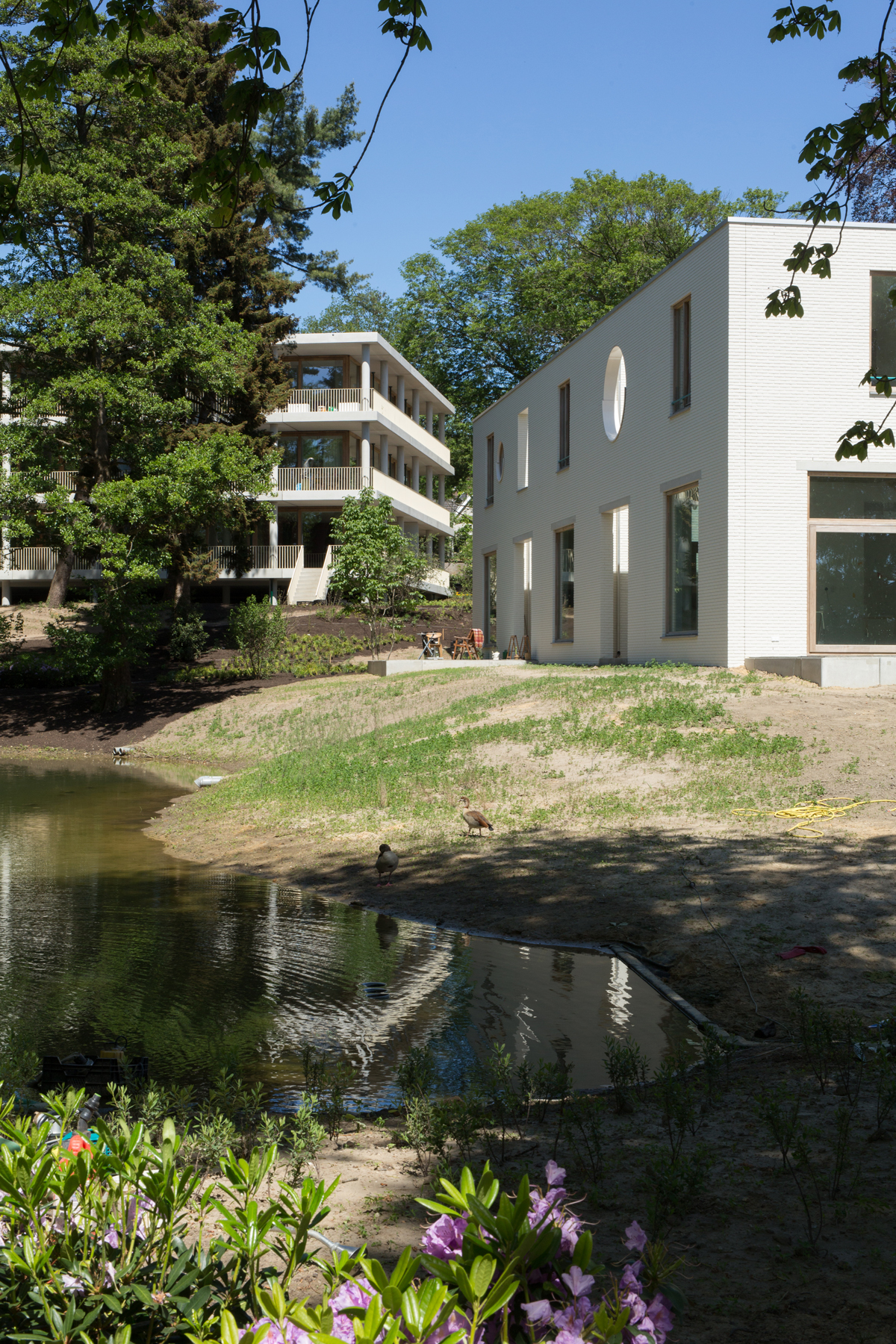 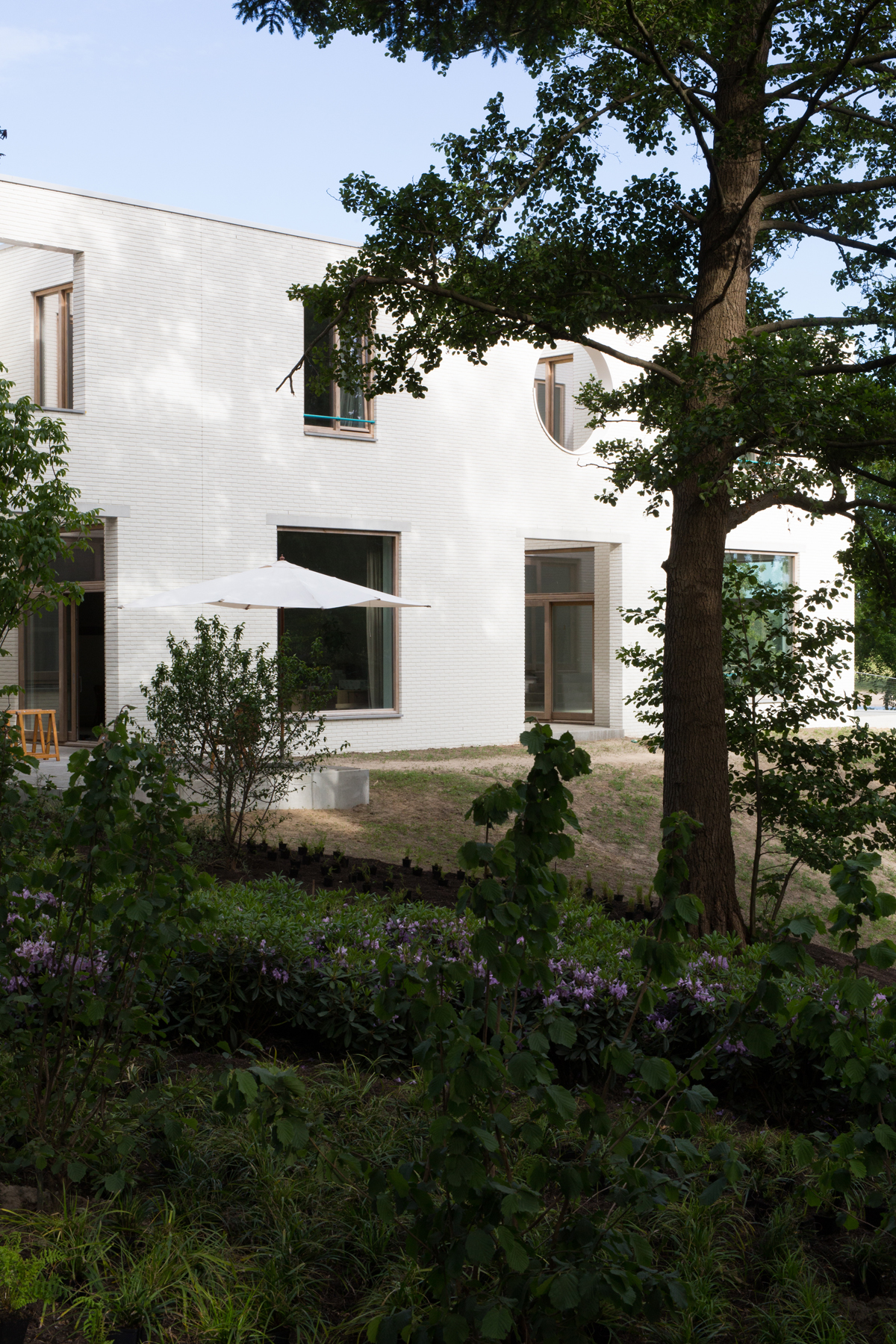 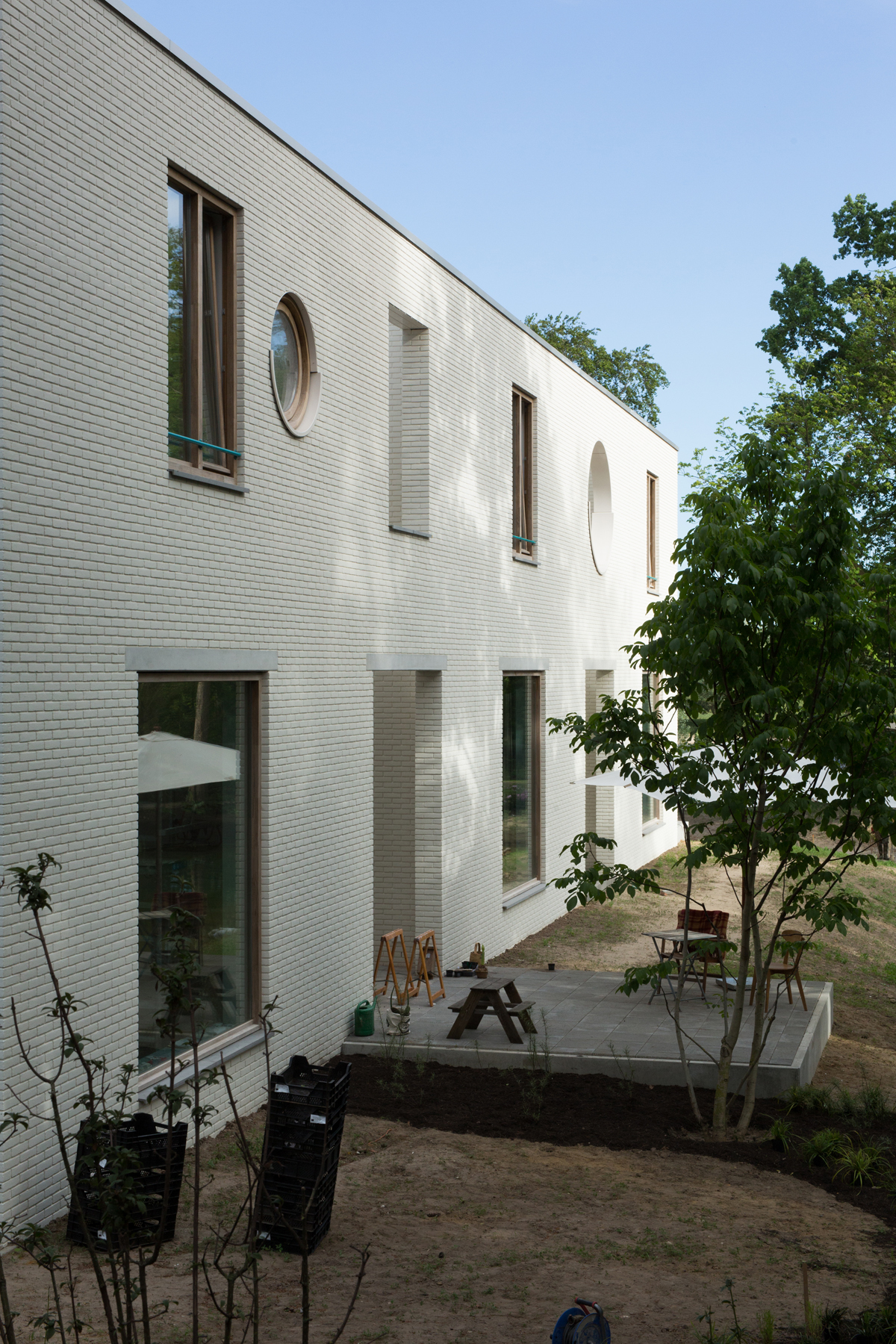 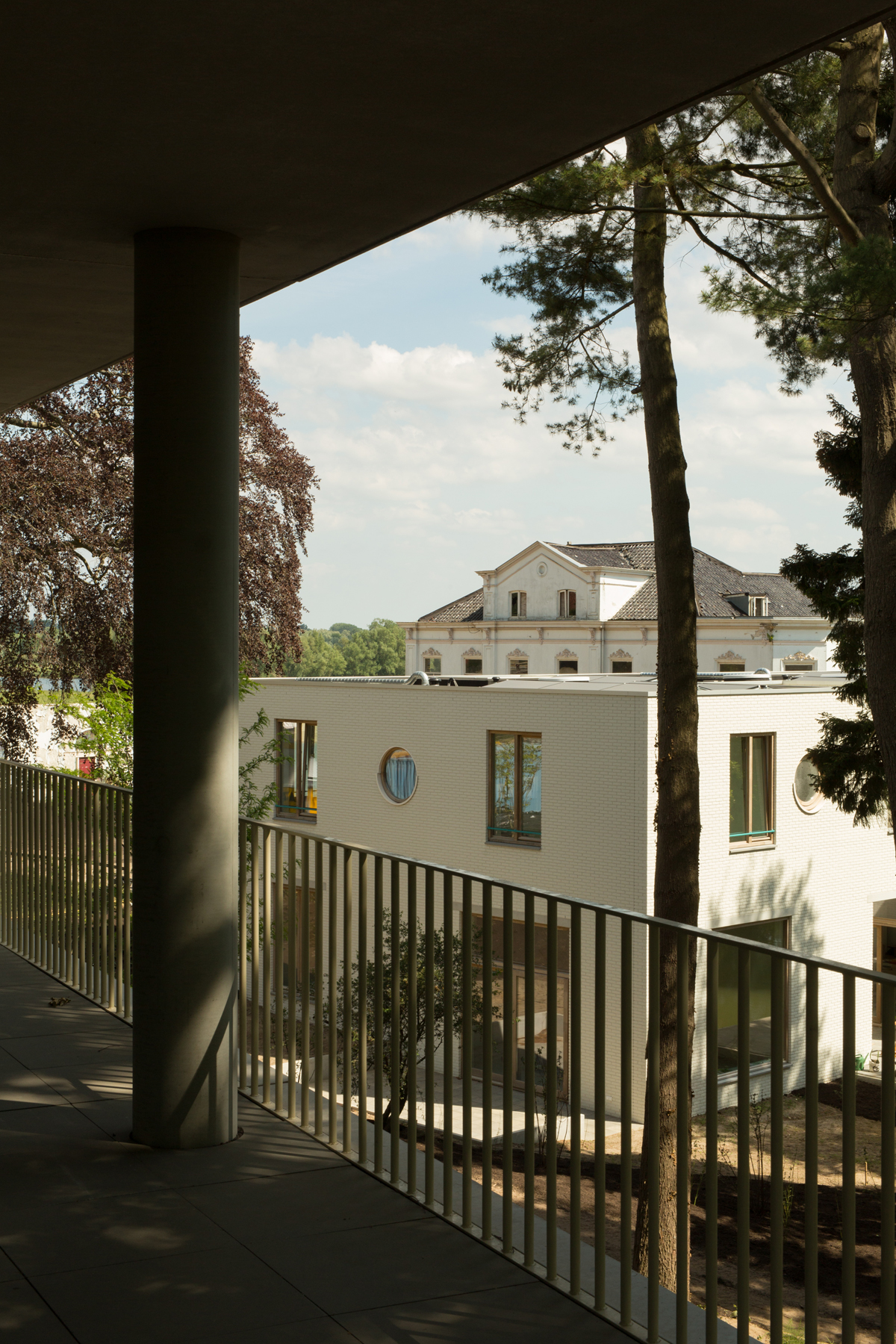 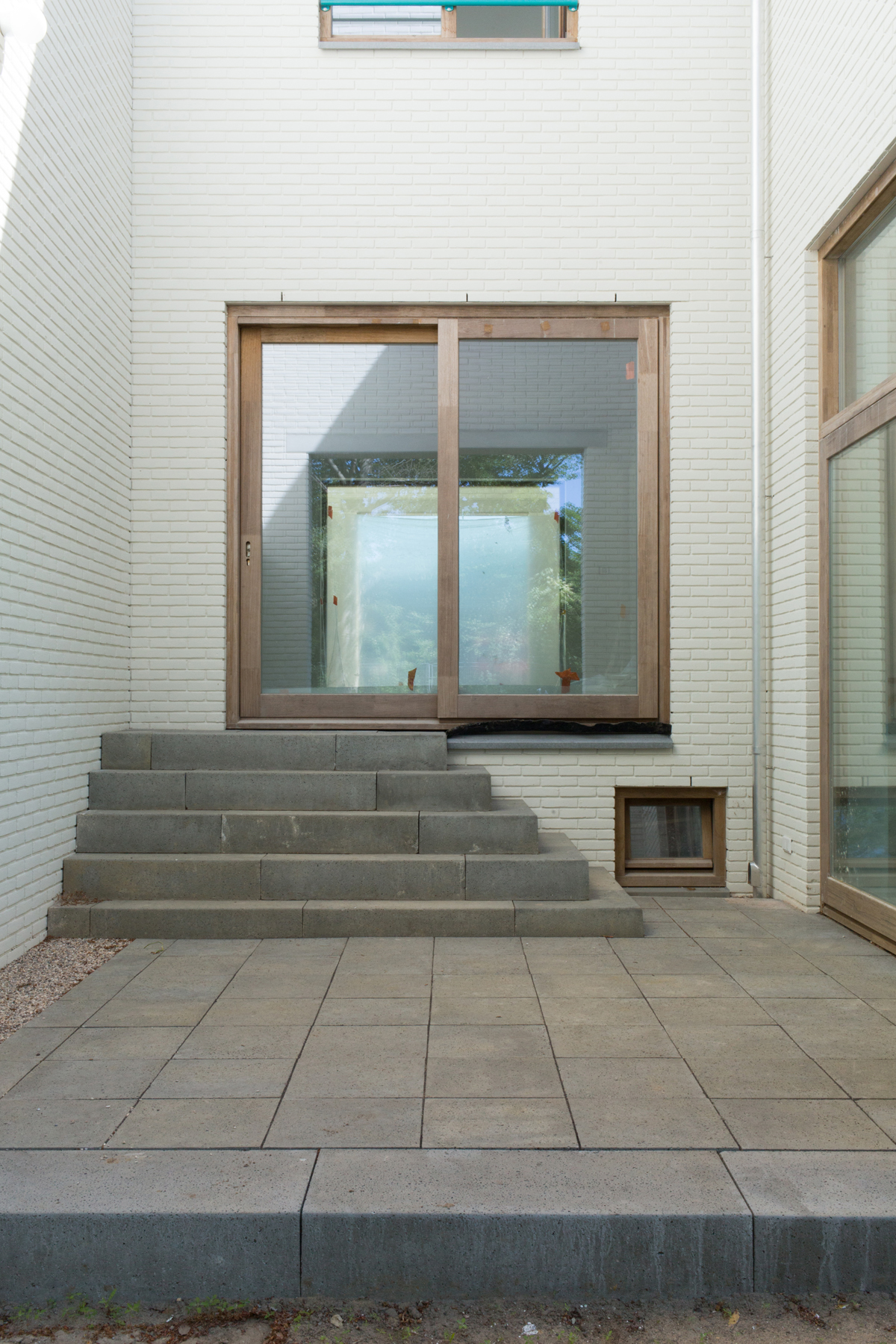 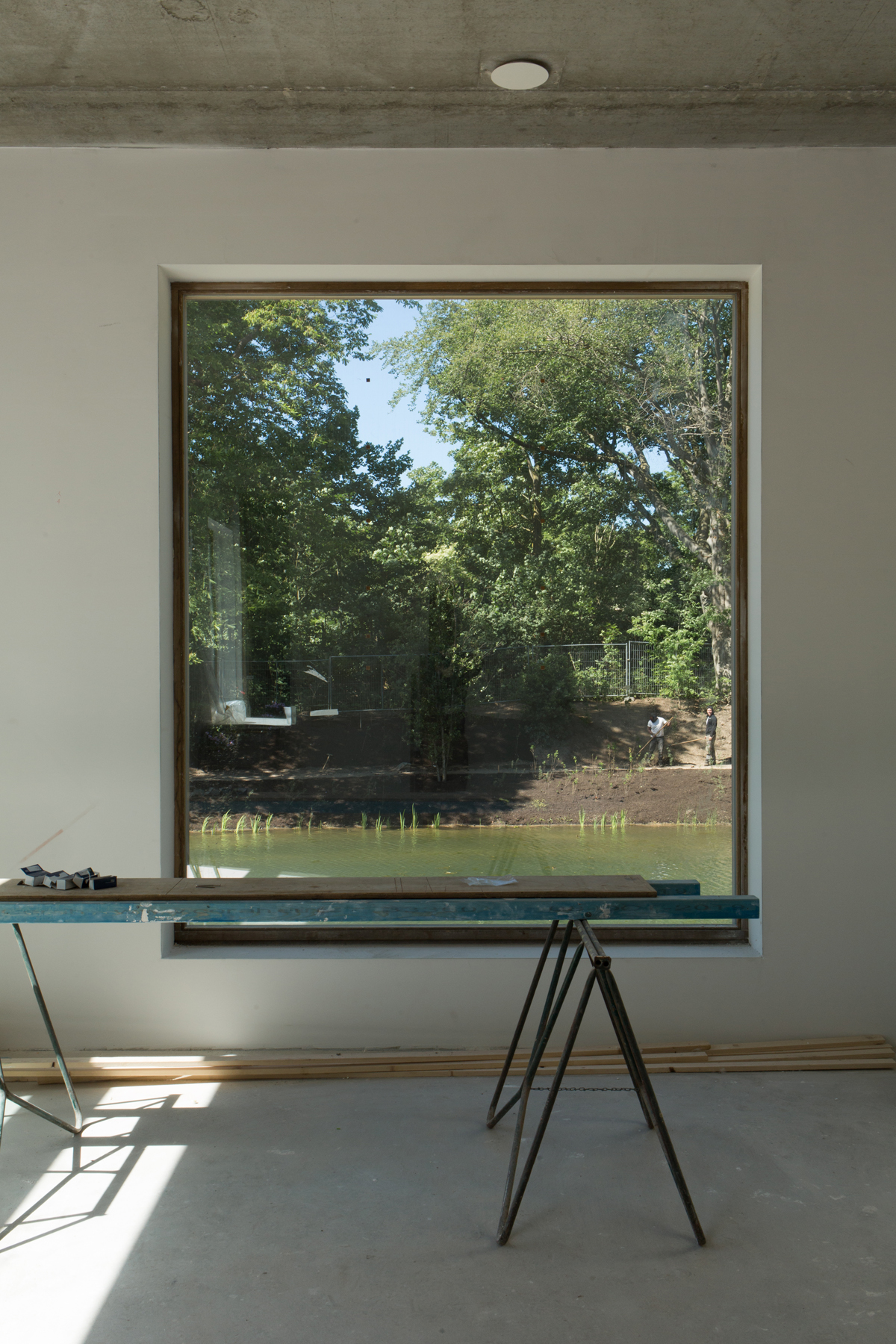 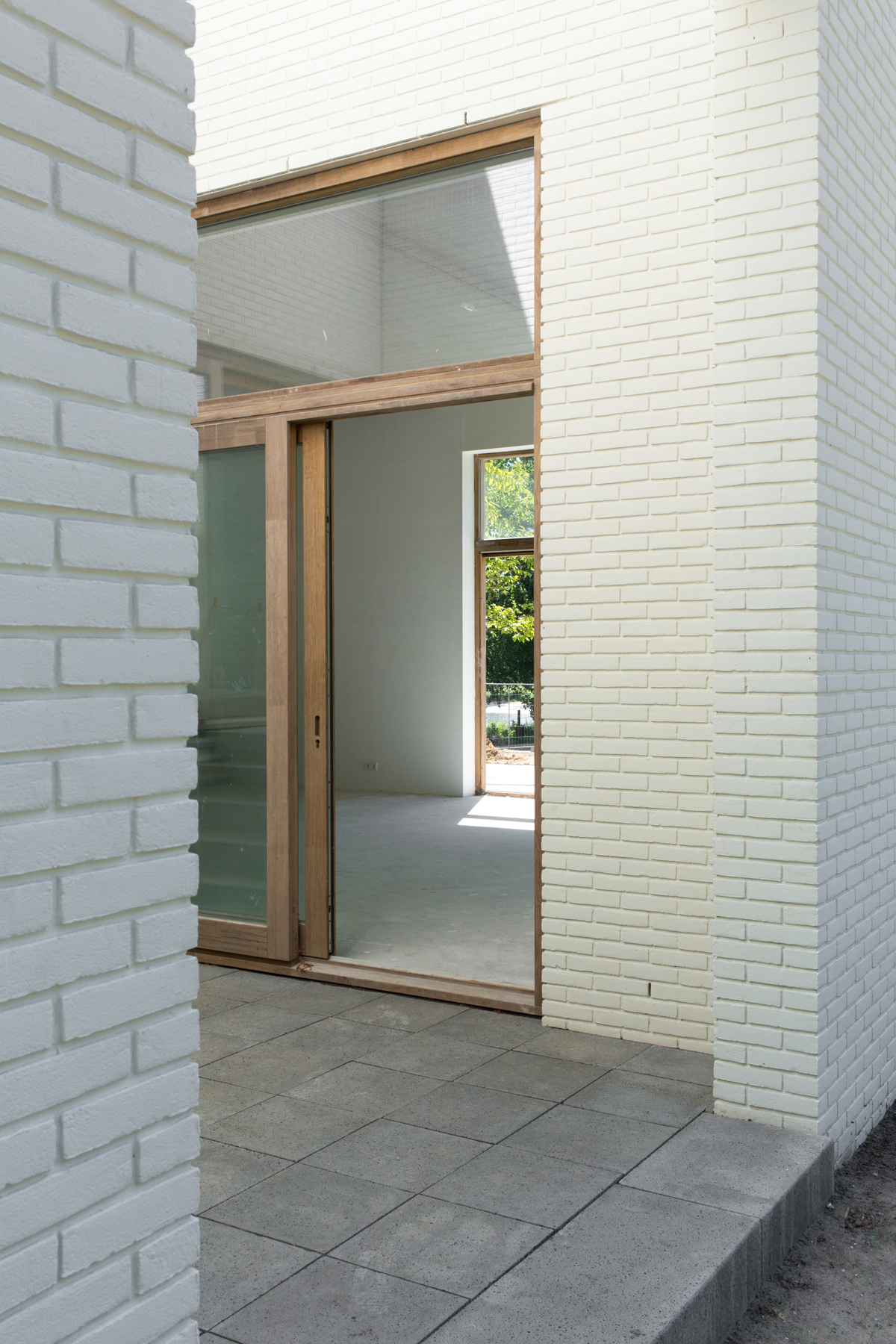 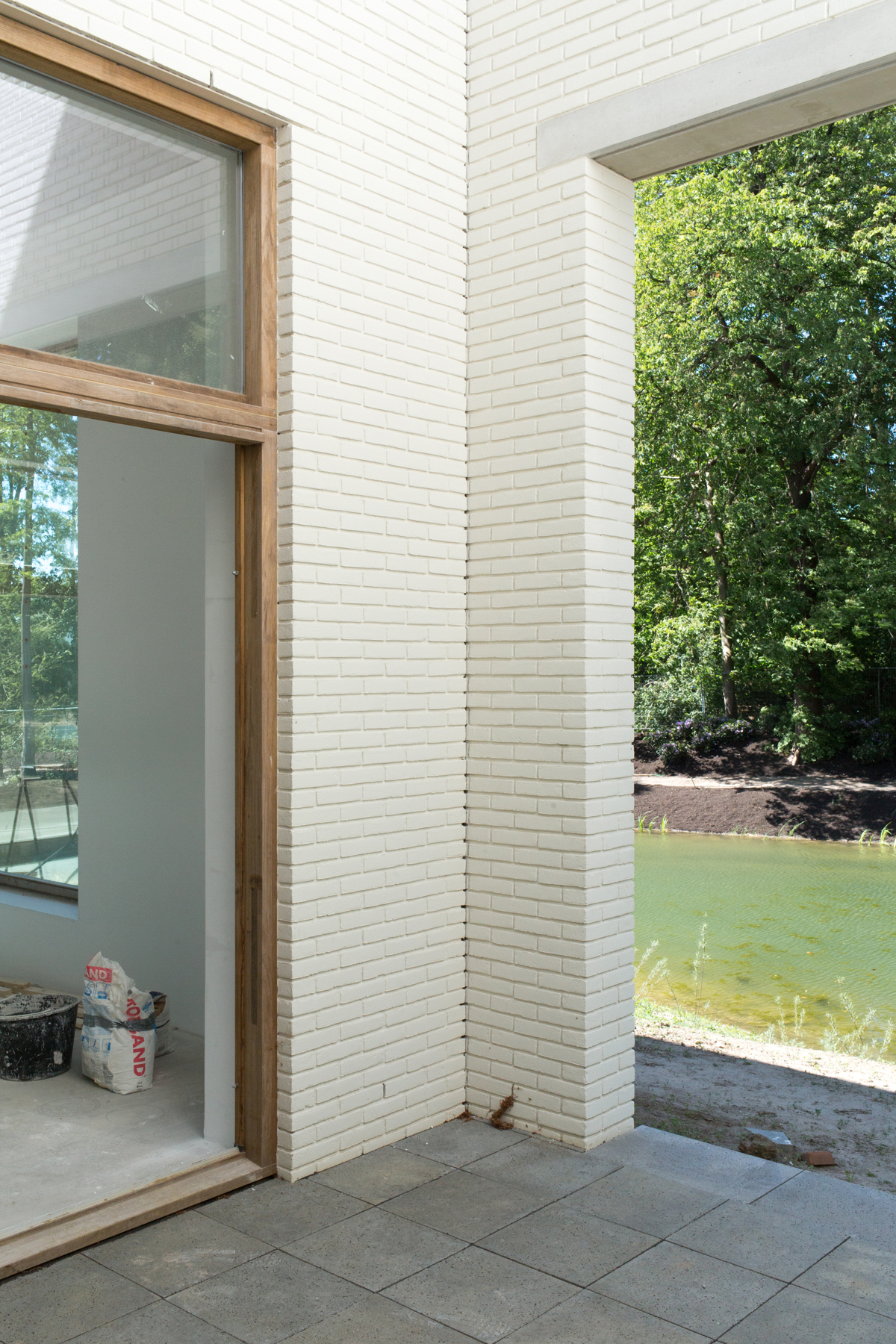 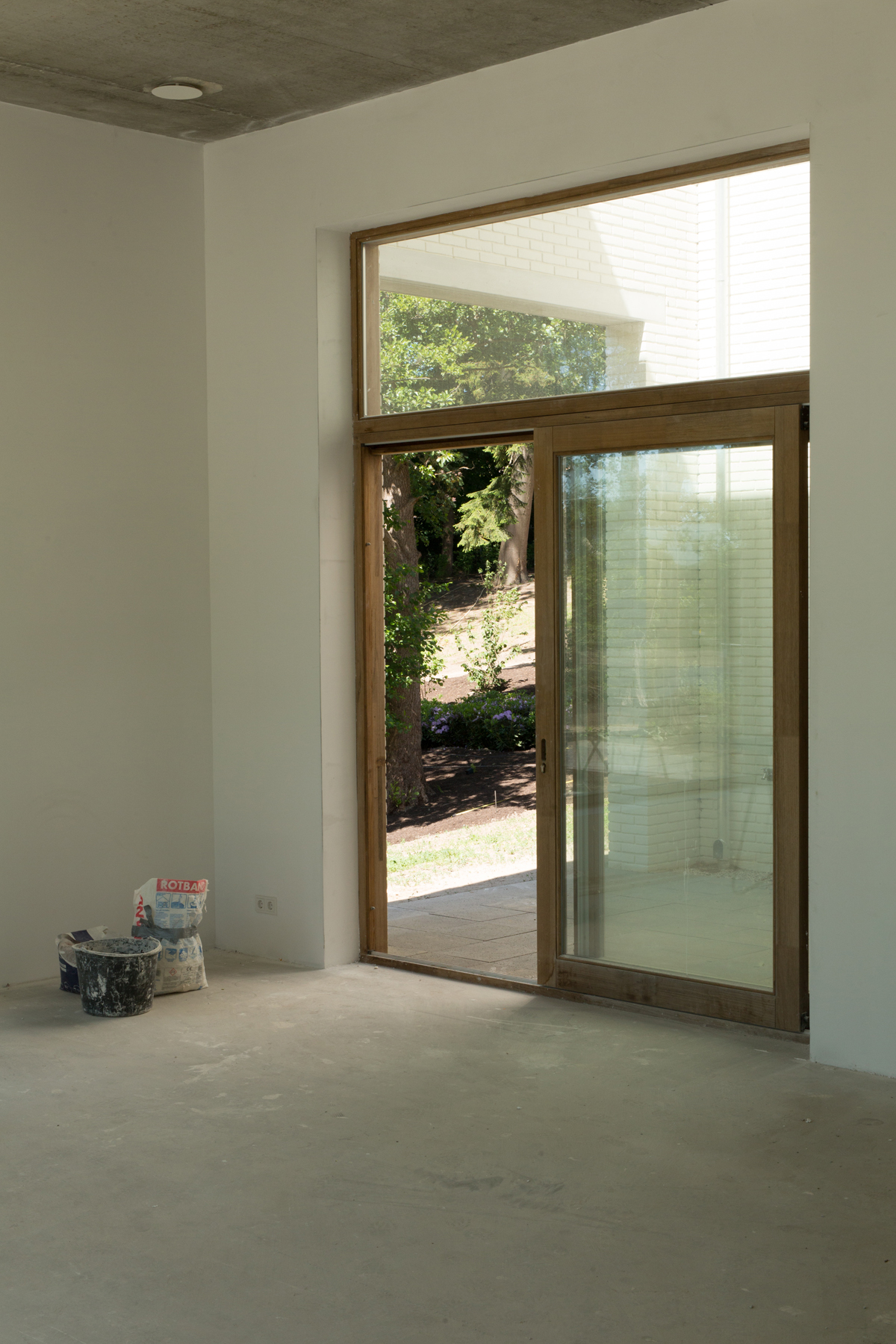 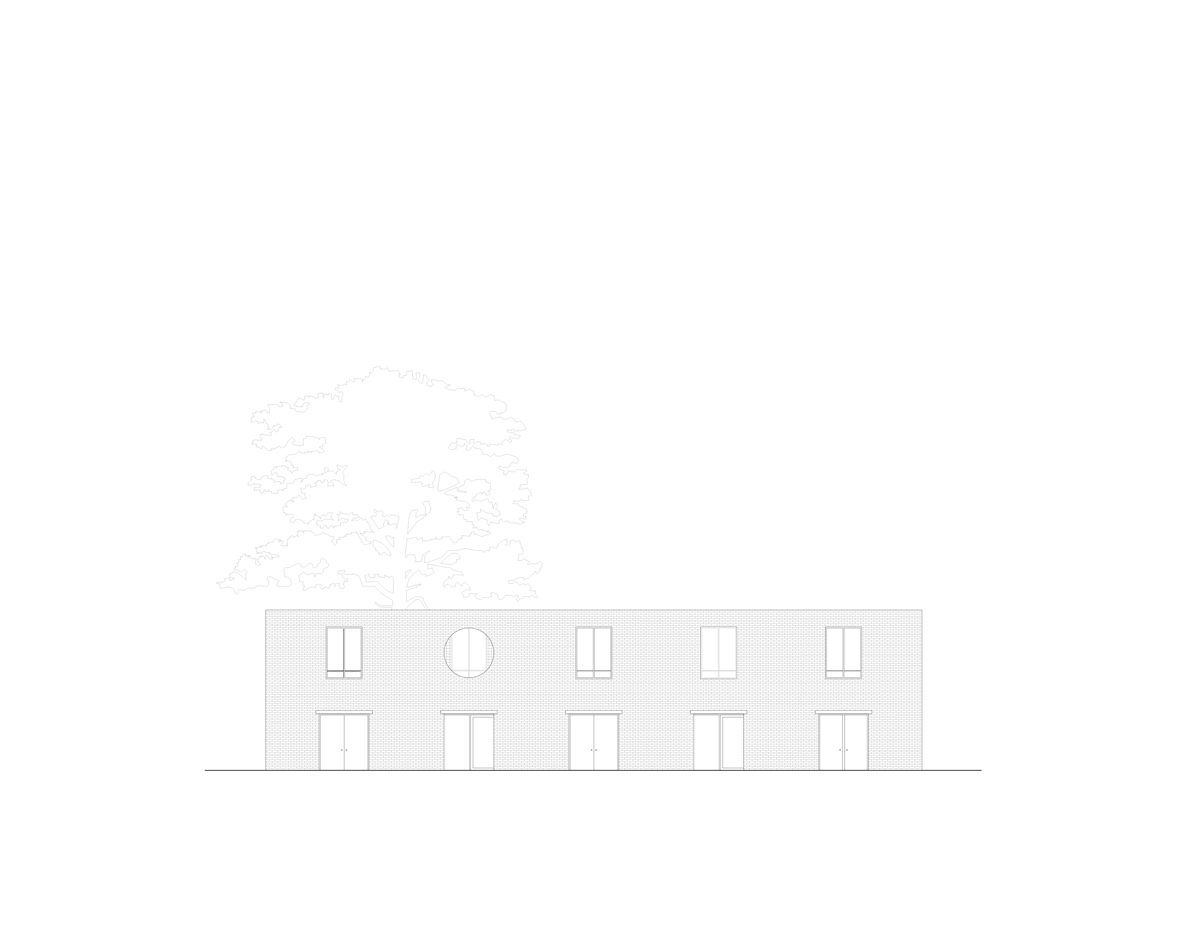 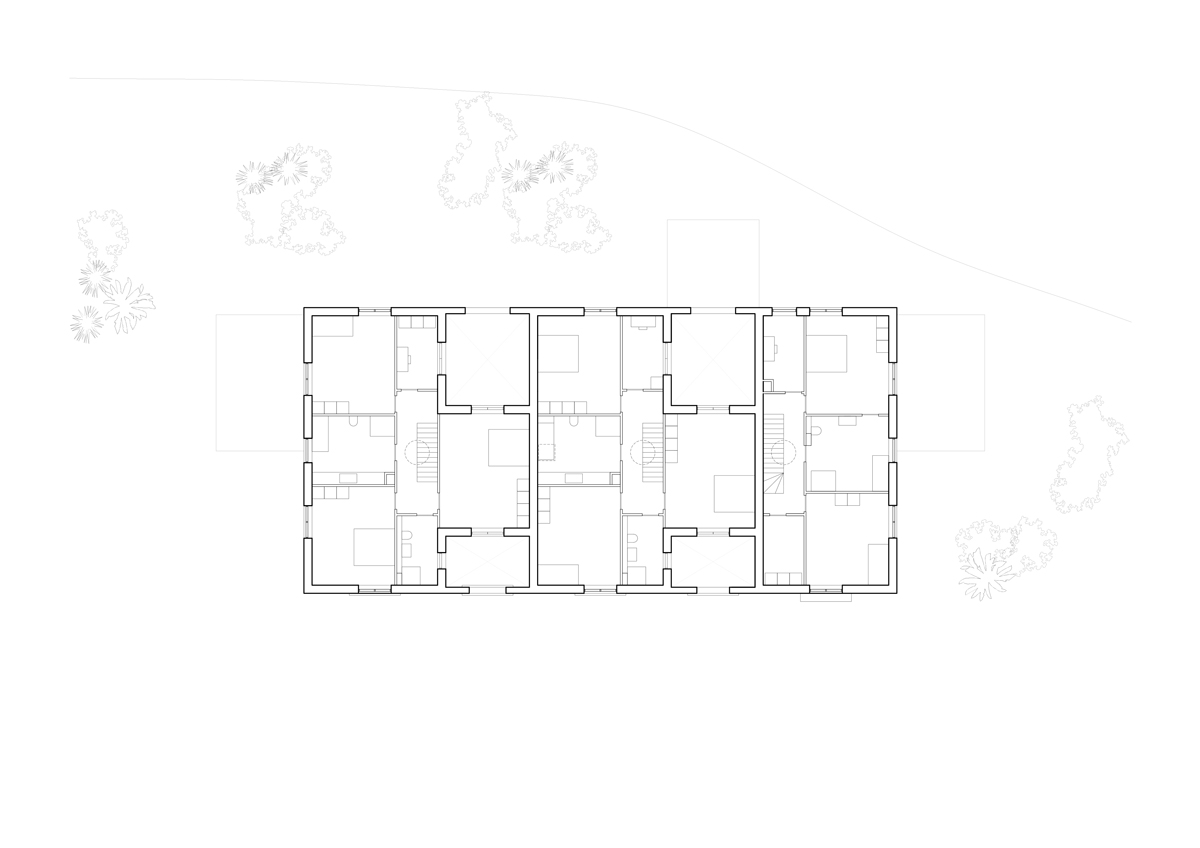 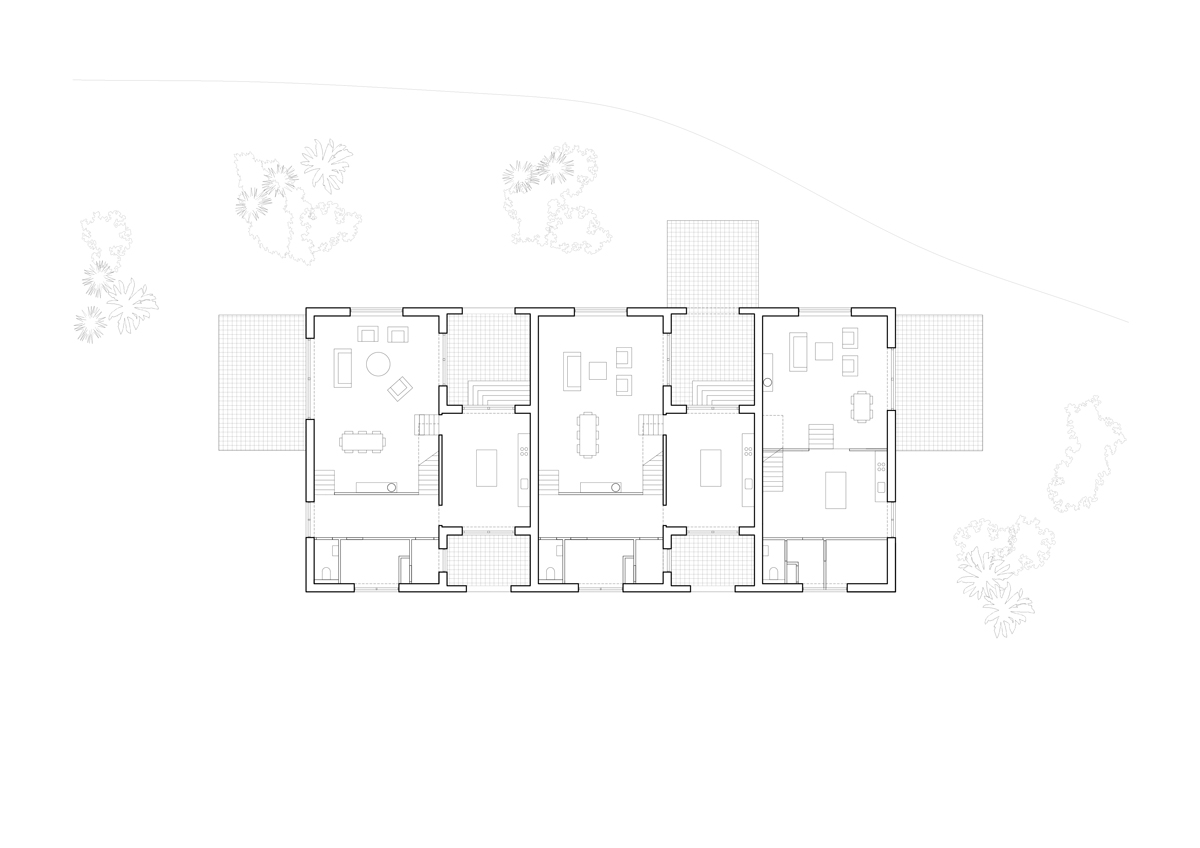 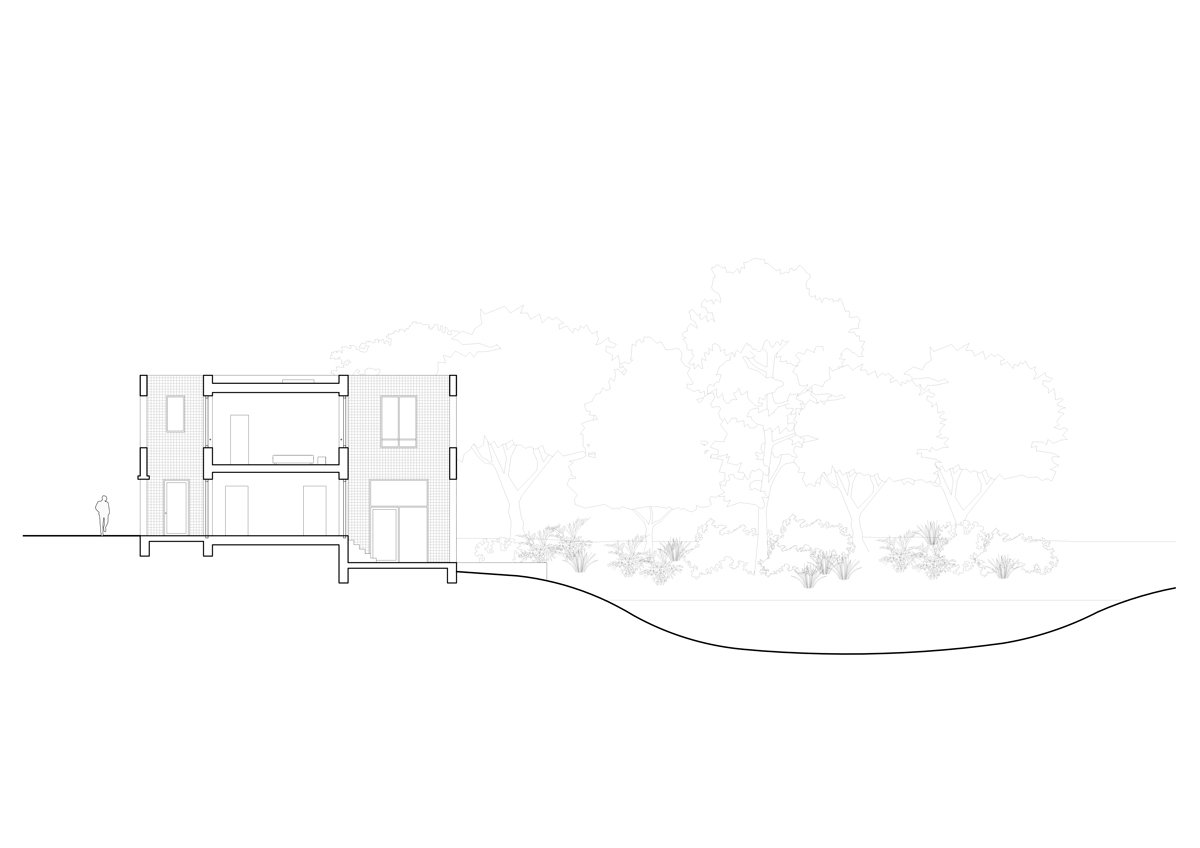 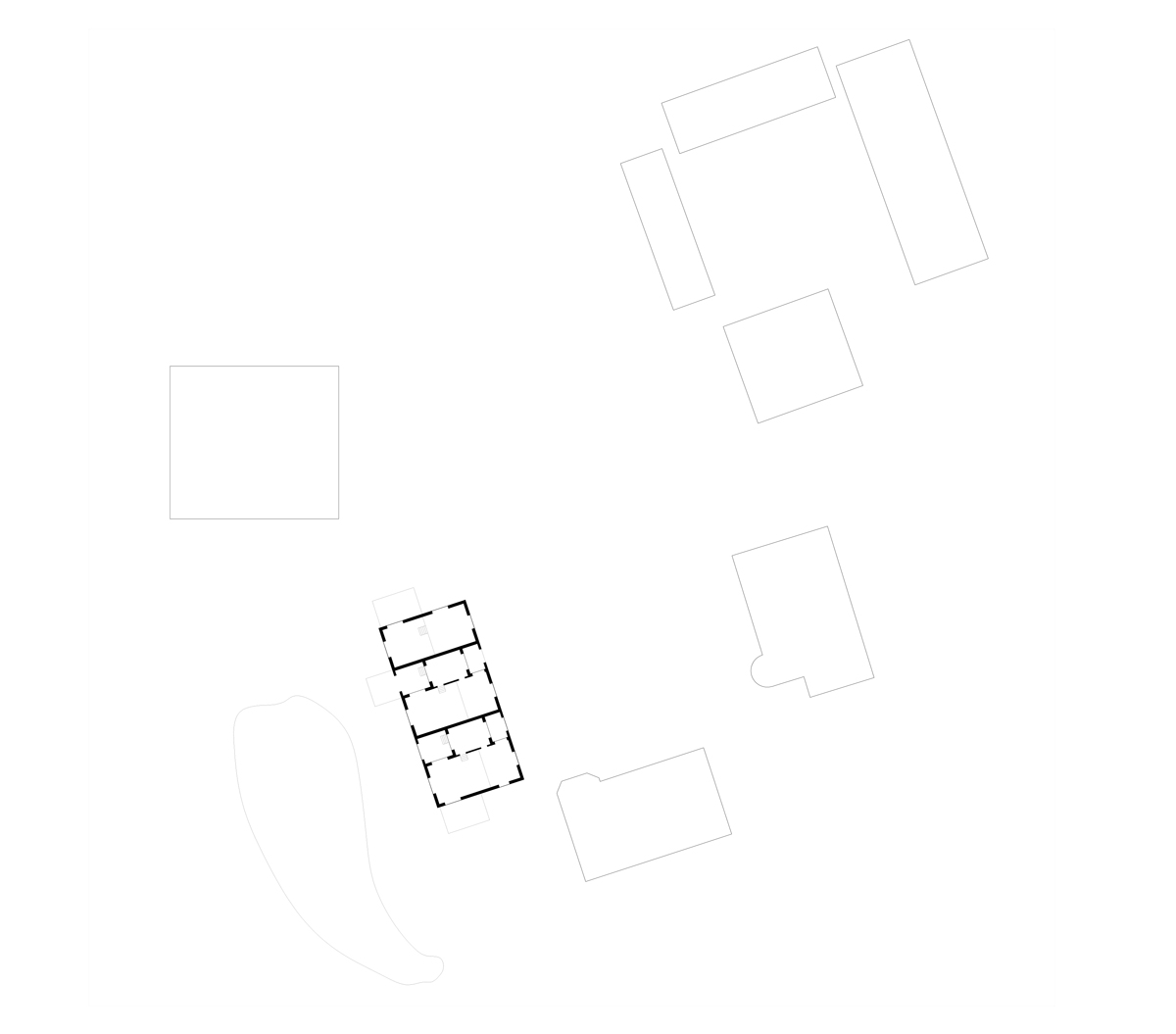 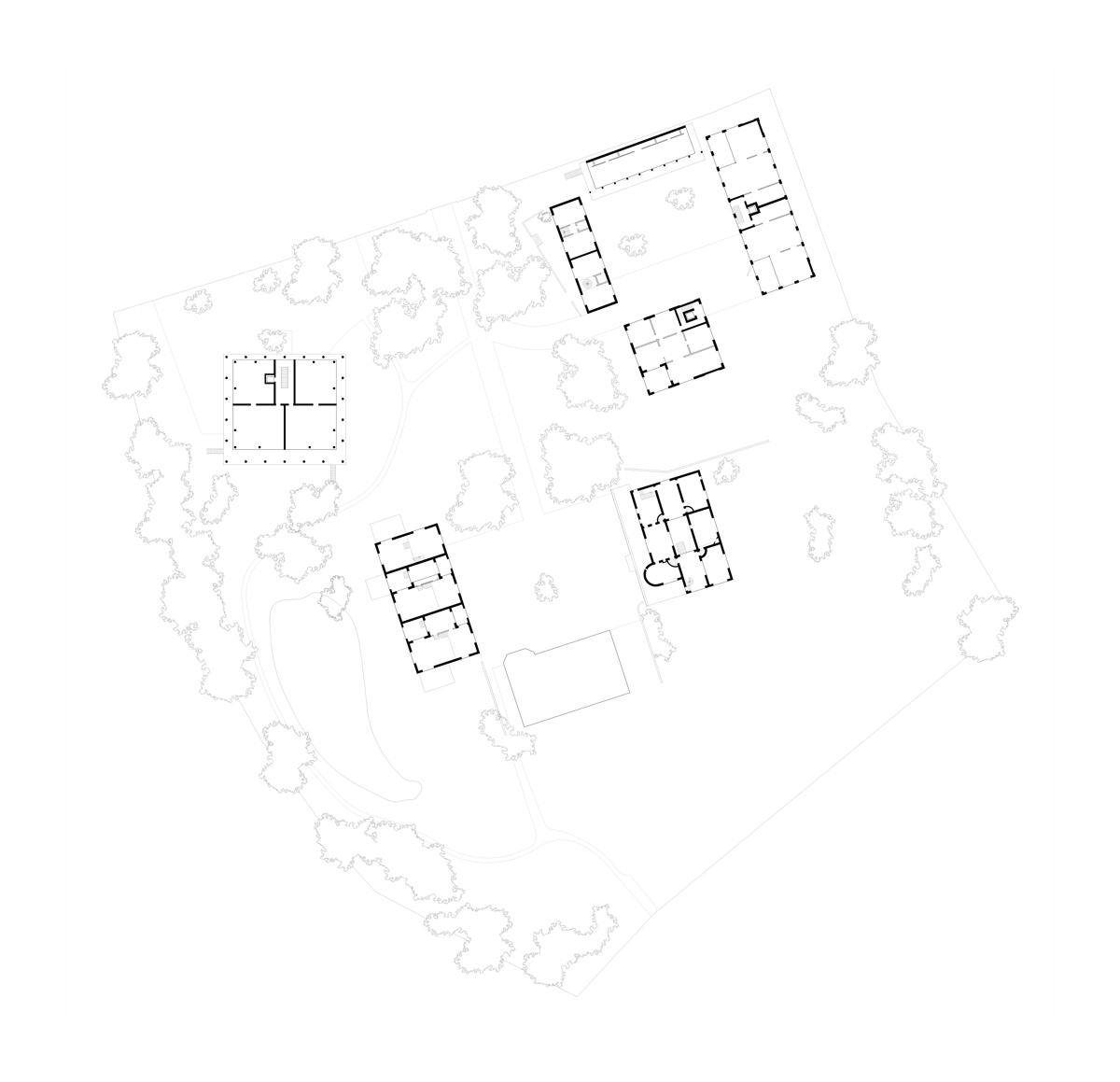