In the harbour area a narrow stretch of land along a dock is freed from port activities. A very simple ‘chop stick’ urban plan is developed by O.M.A. in which green open pockets alternate with dense construction. In order to offer a notion of centrality to the linear plan, a public path is meant to cross the whole strip. The site for the school faces one green area at its south side, the dock on its west side, a square and a housing block on the north and the harbour road on the east. The requested program for the building, a combination of a primary school, an after school care centre, a nursery and sports facilities for both the school and its neighbourhood, is diverse and extensive. On top it requires a great deal of specific outside playgrounds. In order to counter the lack of space, deal with the inside-outside complexity of programs and allow for the public path to pass, the maximum building envelope is divided in two halves: one compact building housing all interior functions, and an outside space in which the playgrounds are stacked. In between both, and under a first level playground realized in glass tiles, the path crosses the volume.
A galvanized steel skeleton unifies the two halves. On the side of the interior volume, the façades of the building are designed as a patchwork of opaque and translucent polycarbonate, glass, and aluminium louvres. The outside structure will be overgrown with vegetation climbing along a steel mesh, in which some large ‘windows’ are cut out. 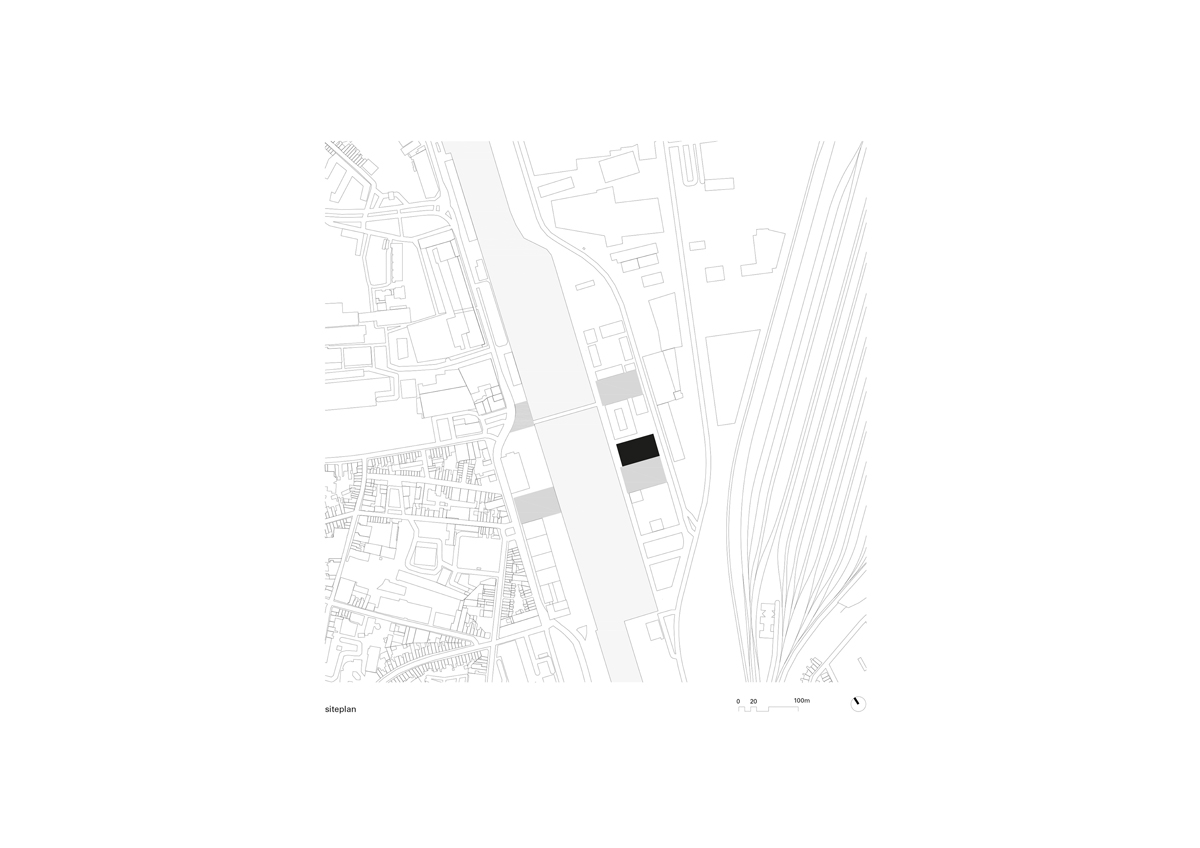 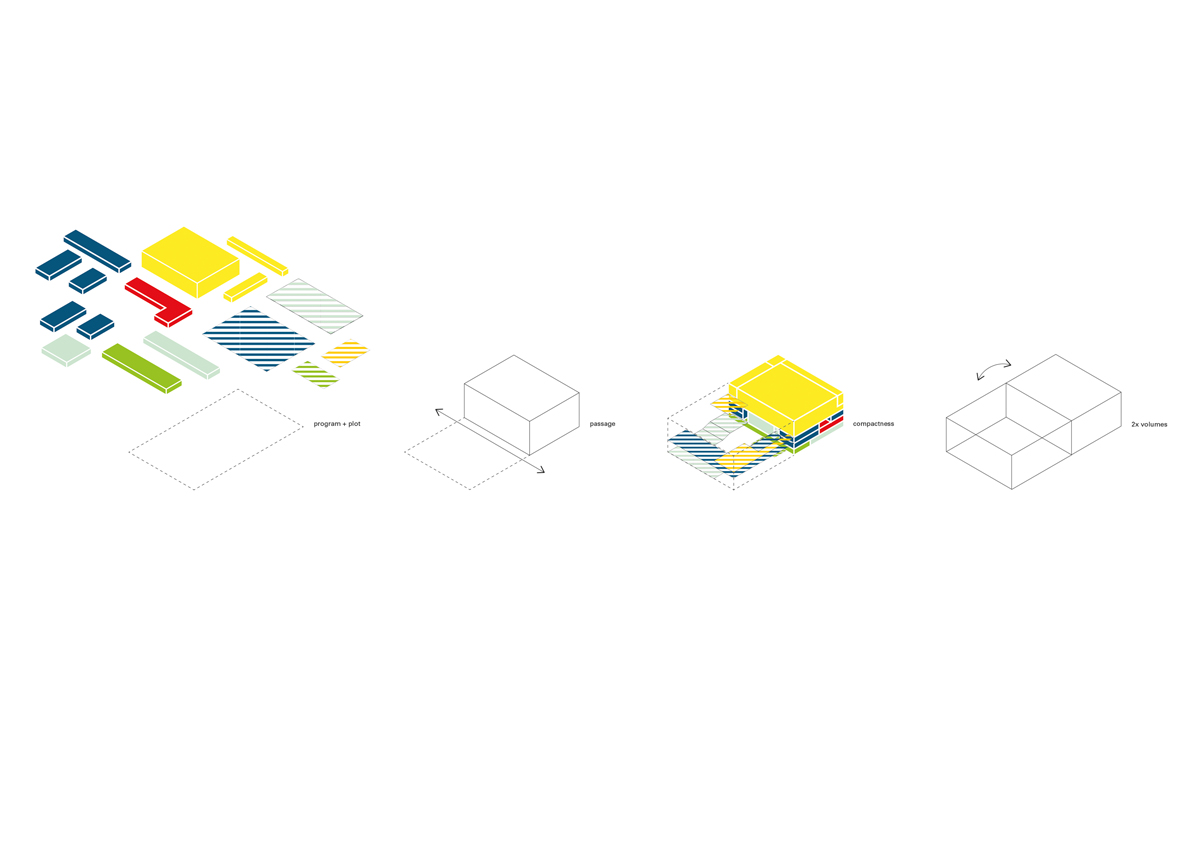 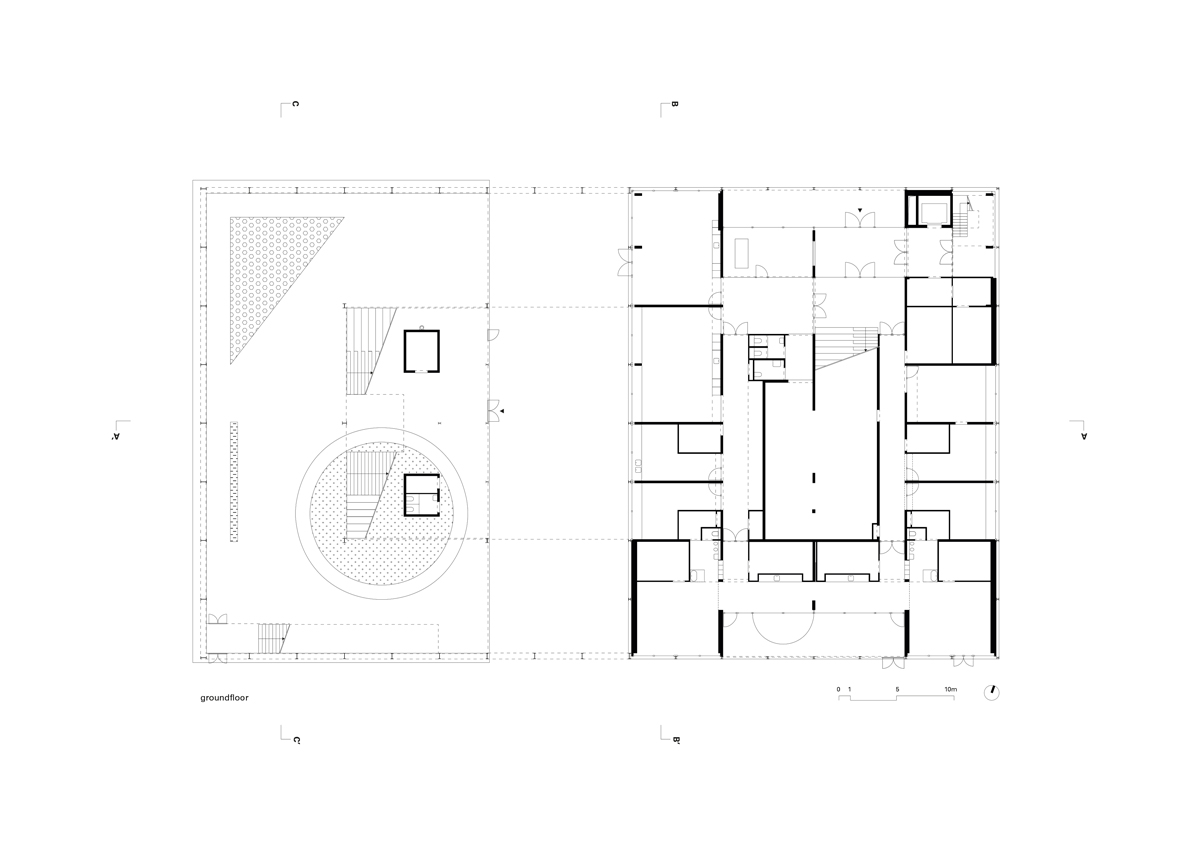 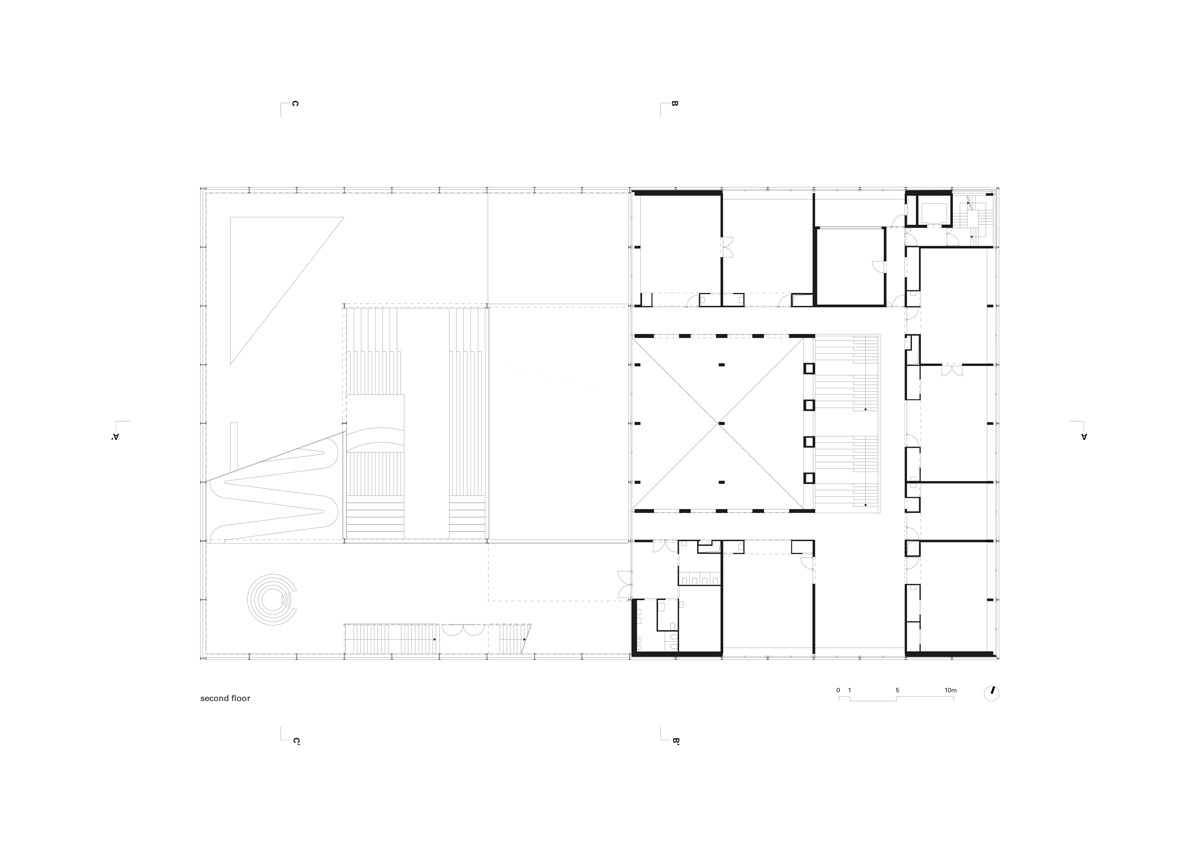 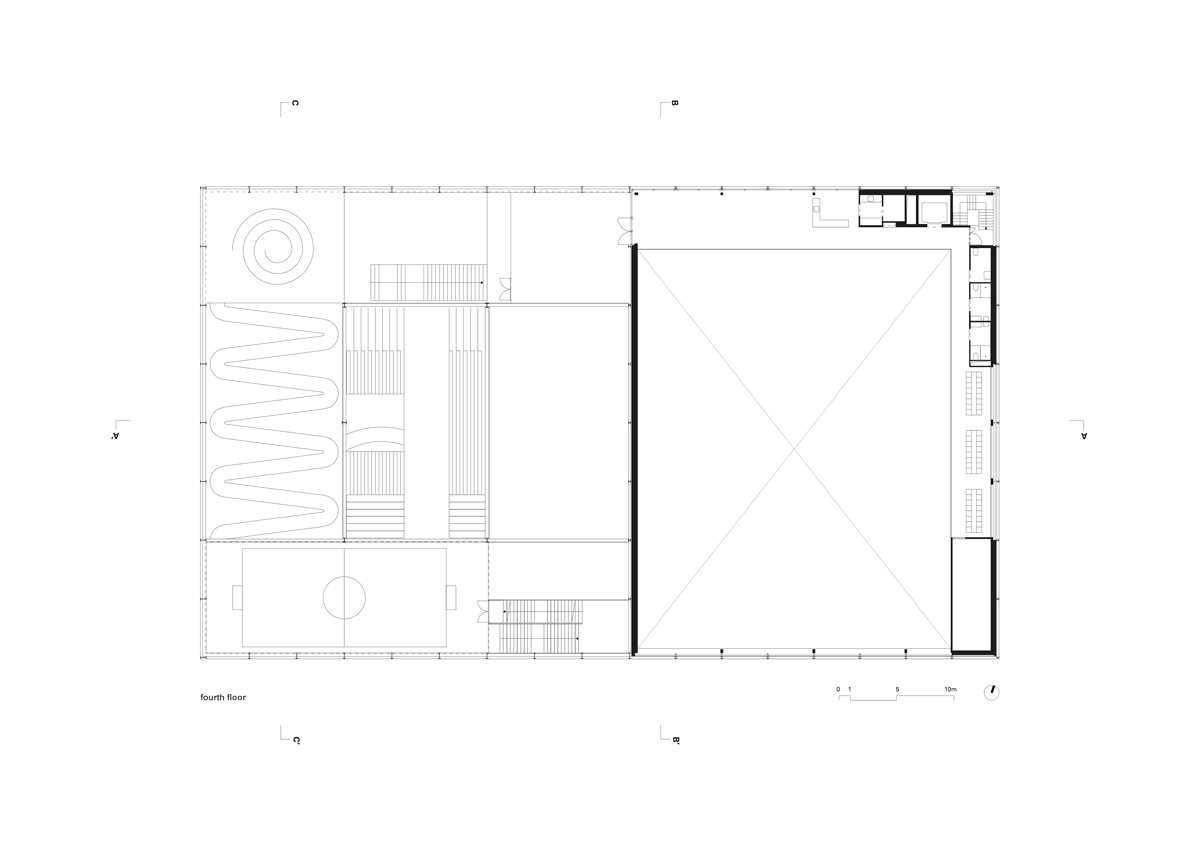 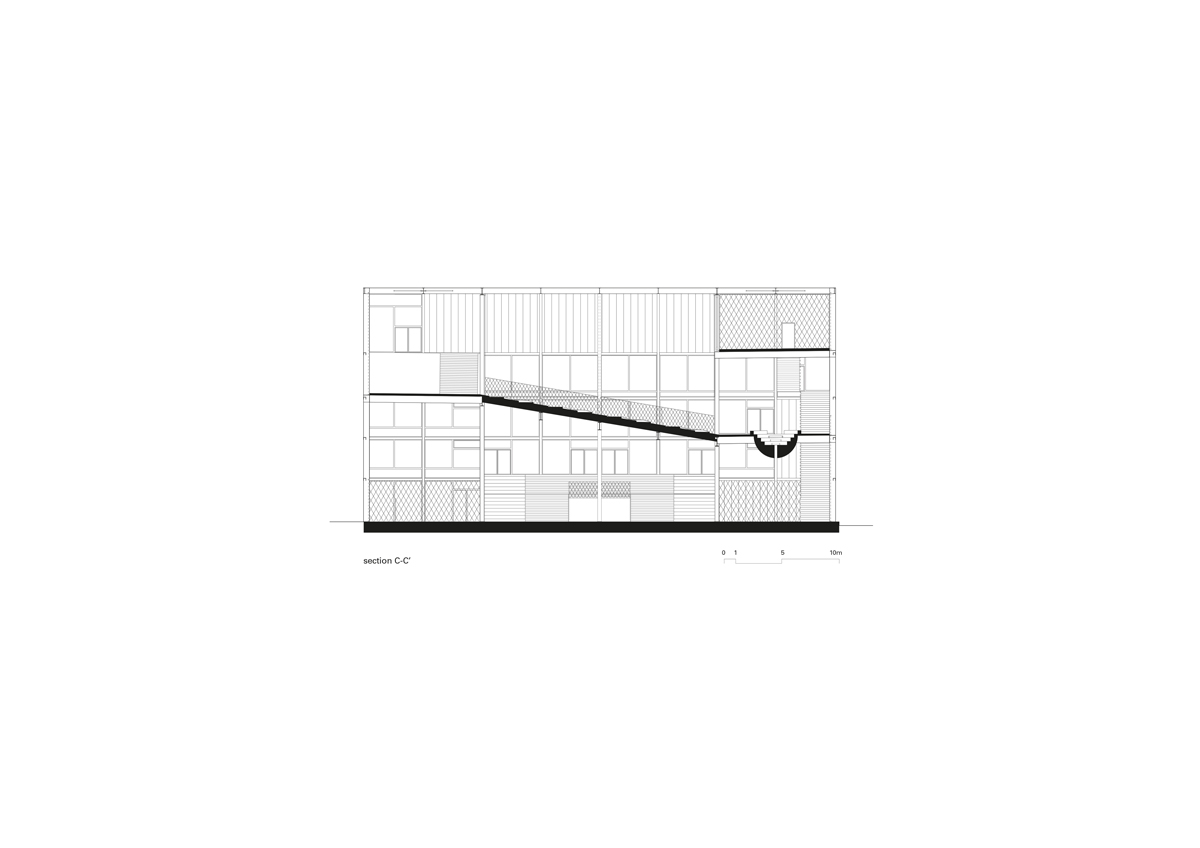 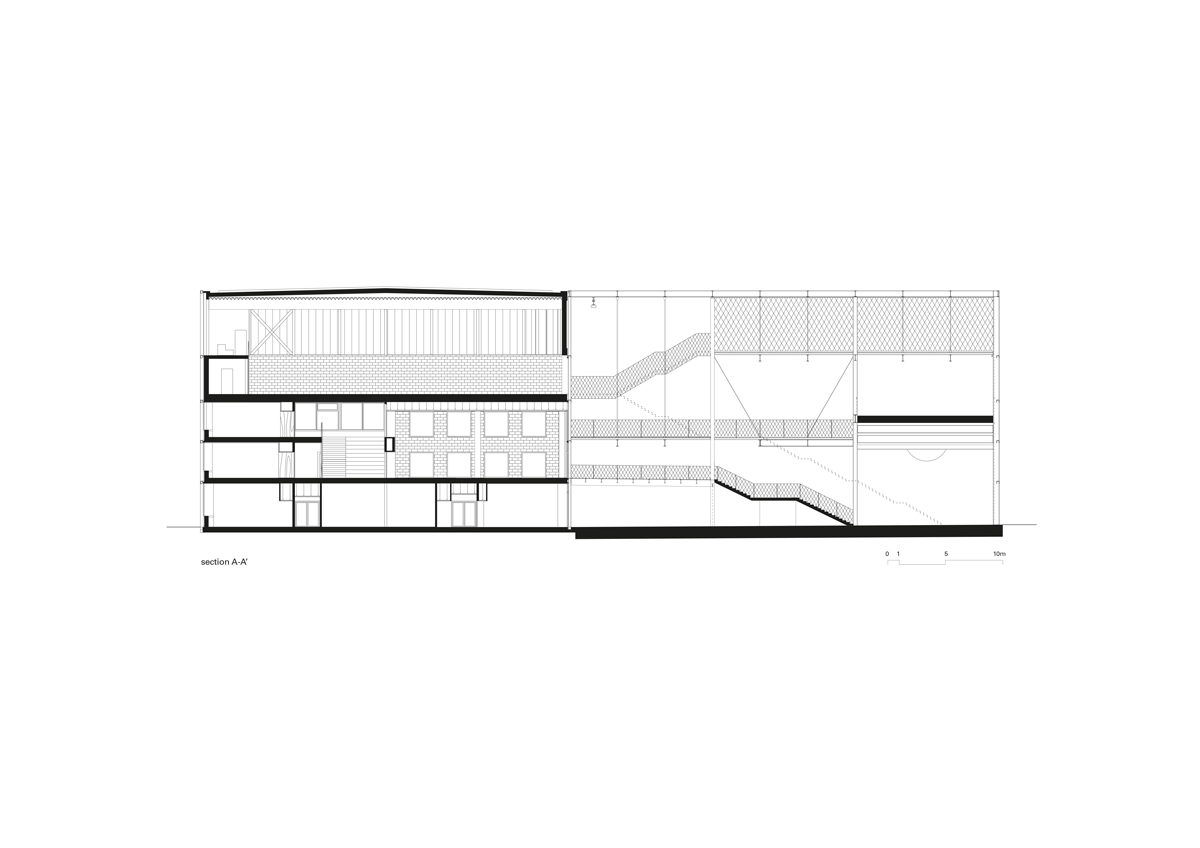 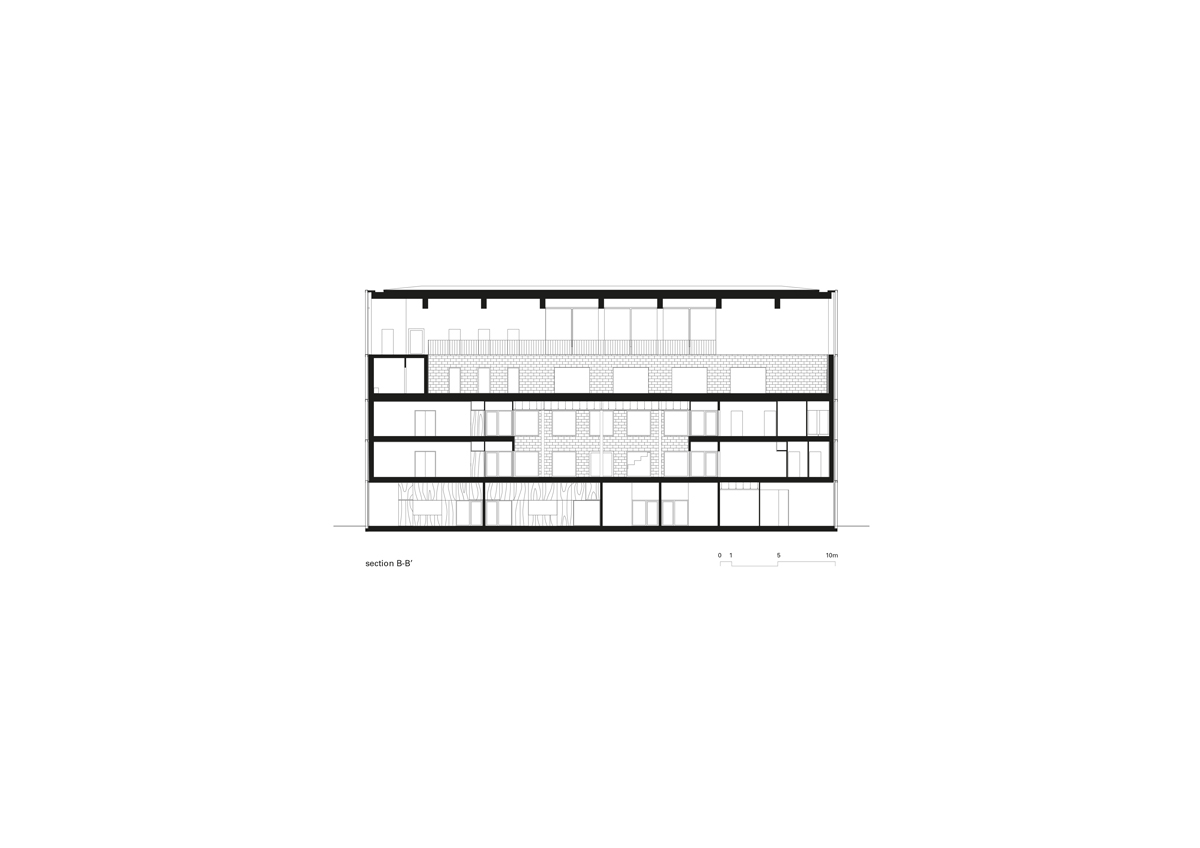