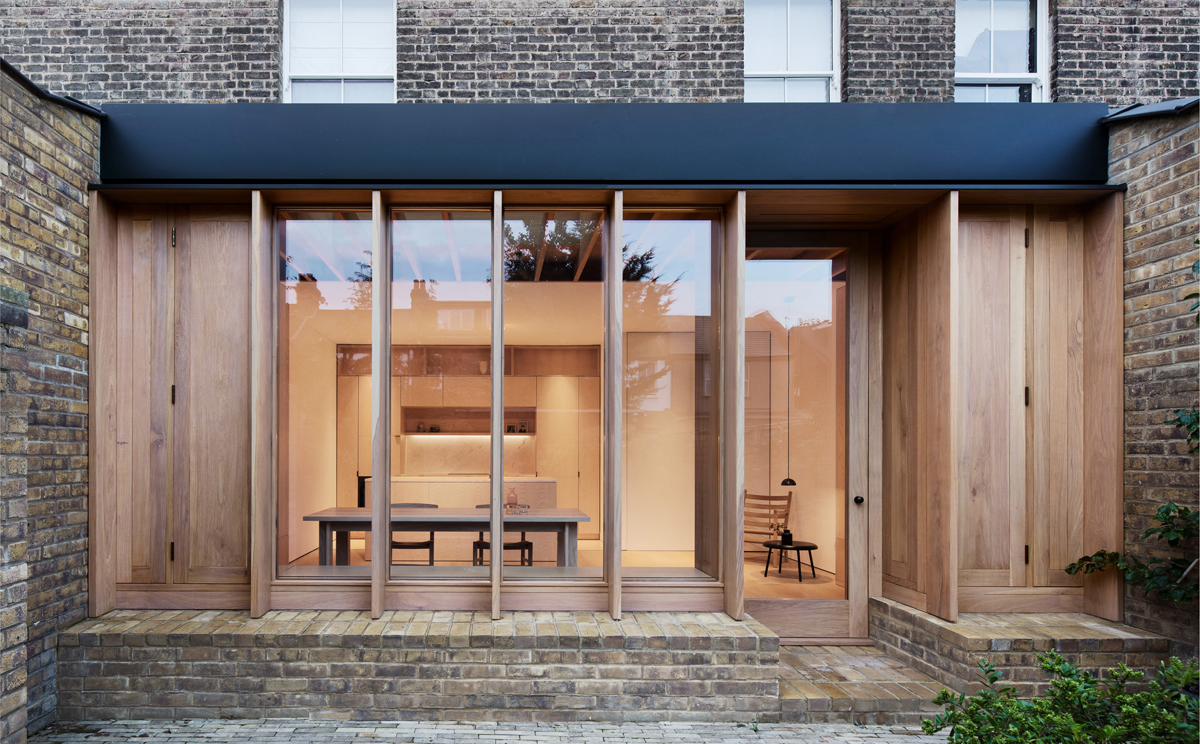 The This intervention at the rear of a home in Dollis Hill in London replaced a 1970’s extension that divided the space into separate kitchen and dining rooms and allowed little connection to the garden.

The client’s brief called for more light, more space with ample storage yet without reducing the garden. The response of the re-structured room places emphasis on the connection with the garden with the dining area incorporated into the façade of deep vertical oak fins whose rhythm on a brick plinth provides direct views out yet sideways privacy.
Internally, oak beams and ash-veneered plywood furniture storage walls either side provide a sense of enclosure. A bench seat and a solid-ash bespoke table complete the dining area. The built-in kitchen furniture also utilises the same language, reducing the palette of materials with the intention to keep the space simple, yet warm and characterful. Oak and ash are considered sacred in Irish mythology and were used symbolically with the owner’s roots in mind.

All timber elements, including the façade were fabricated and pre-assembled in a workshop by a father and son team prior to putting it together on site. Close collaboration and open dialogue between maker and architect during fabrication was key to the realisation of the project.
The modules’ joints had to be designed in such a way that took into account that they would have to be transported. The off-site fabrication resulted in a quick and cost-effective site-build. 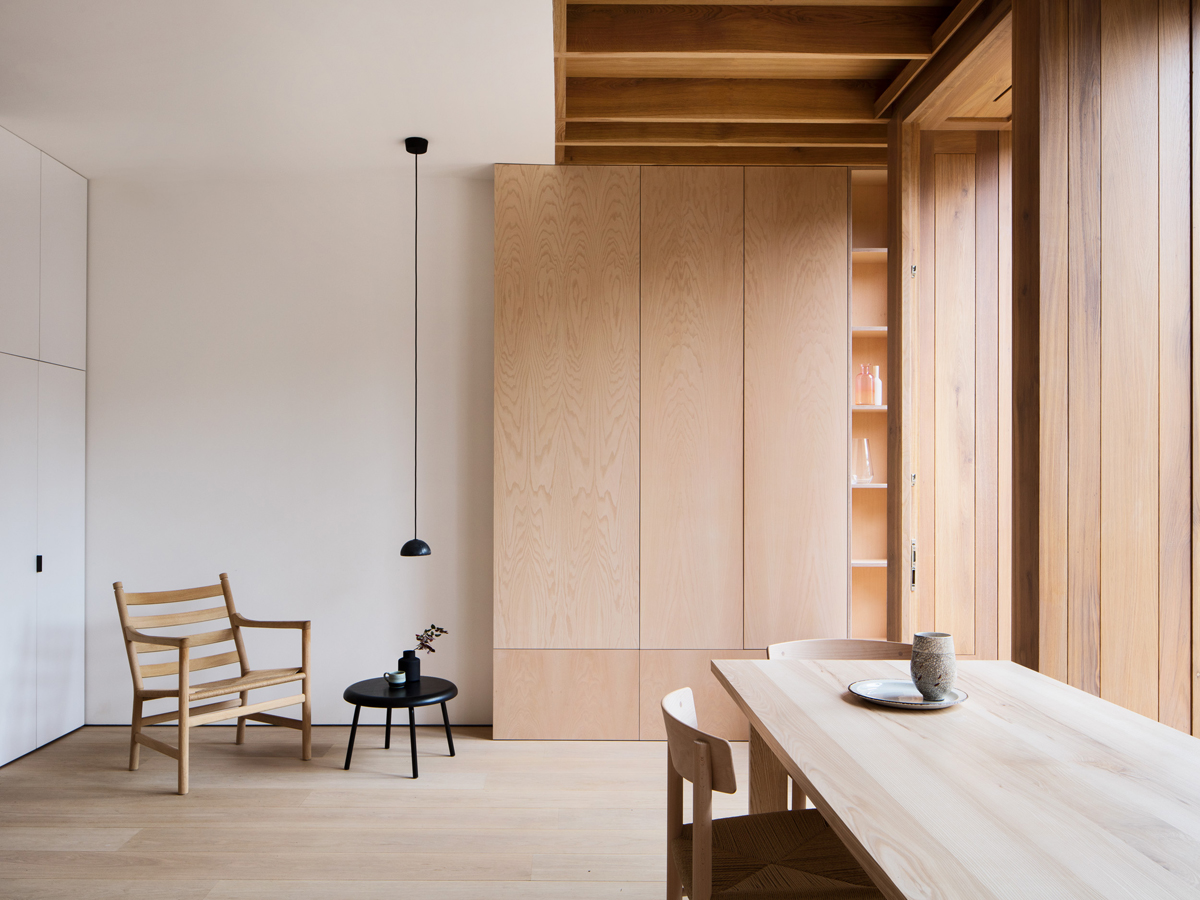 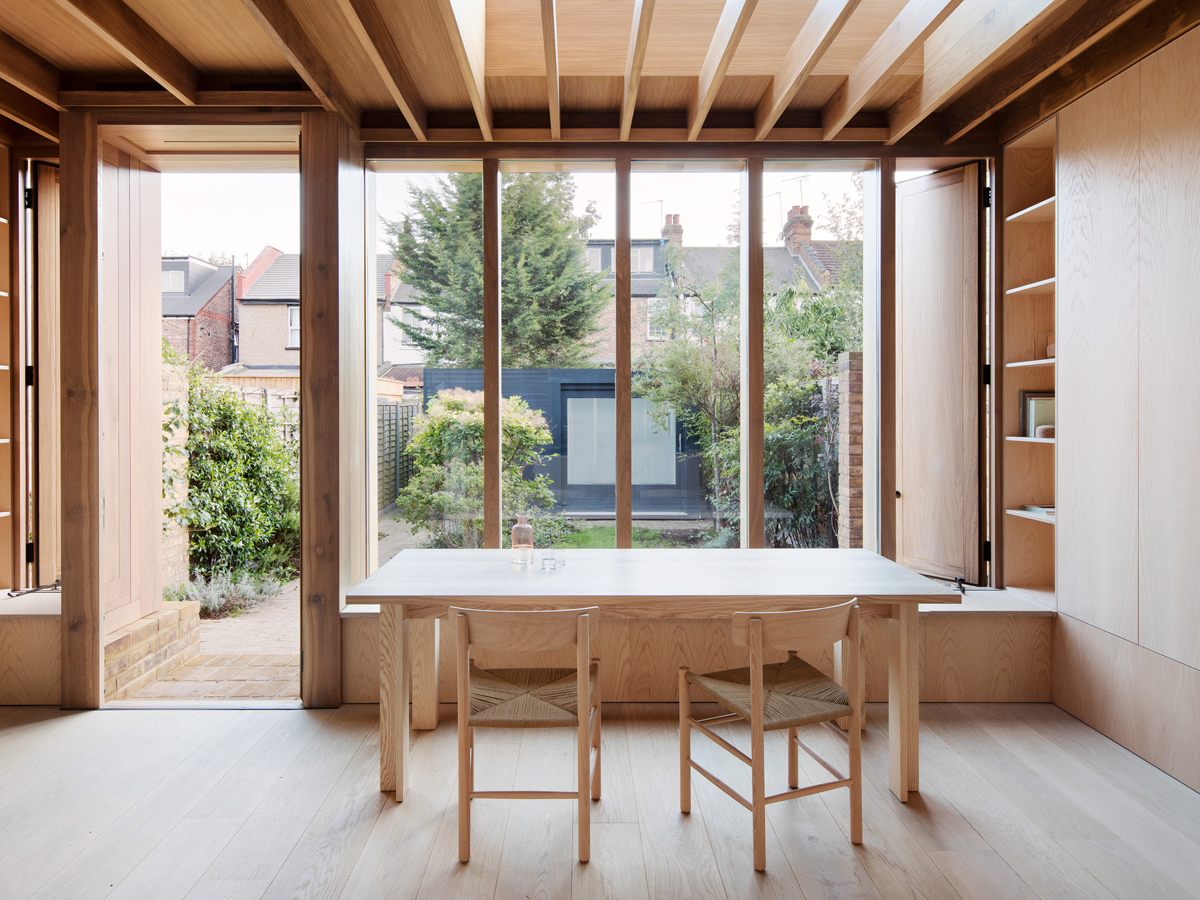 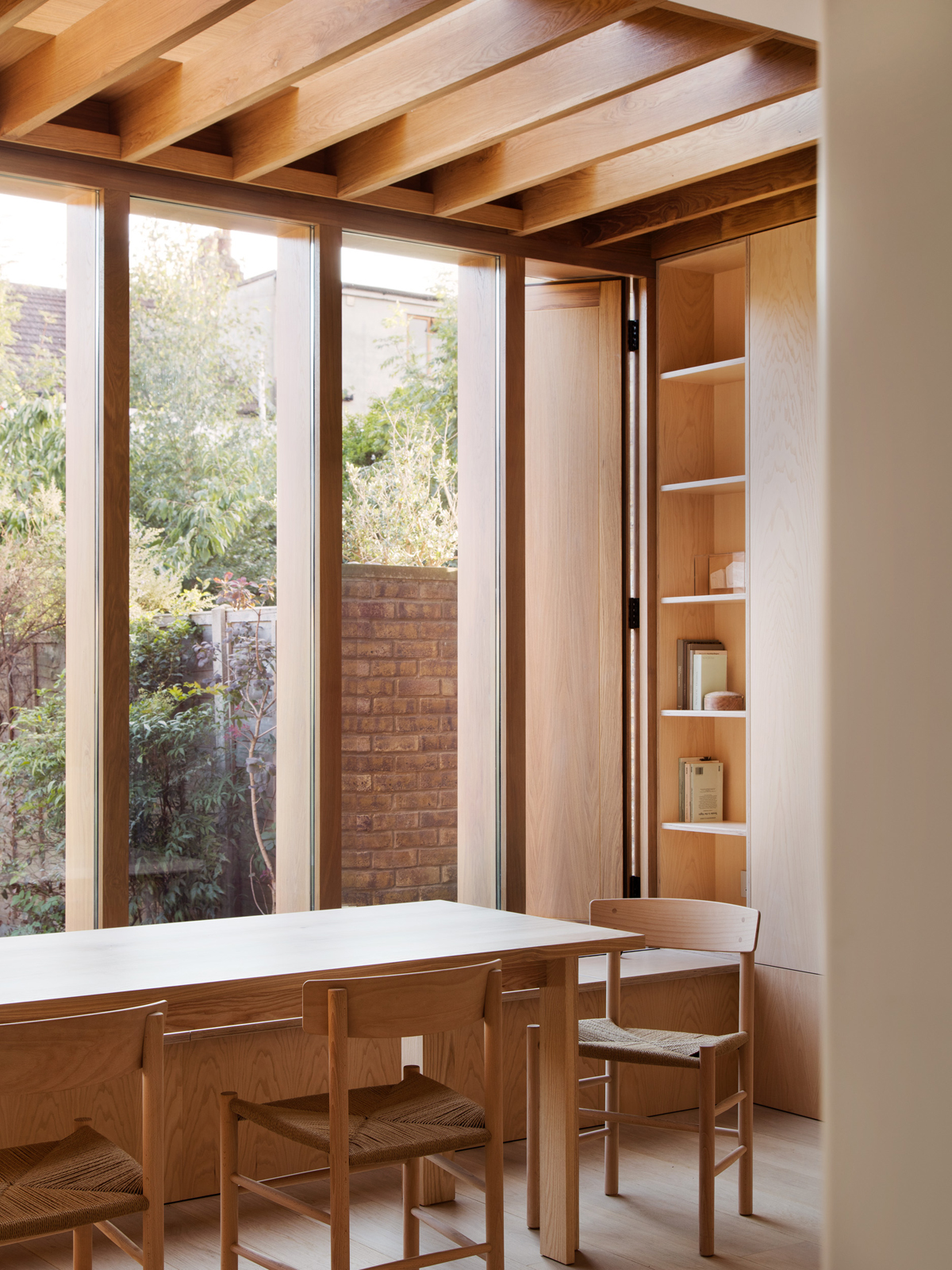 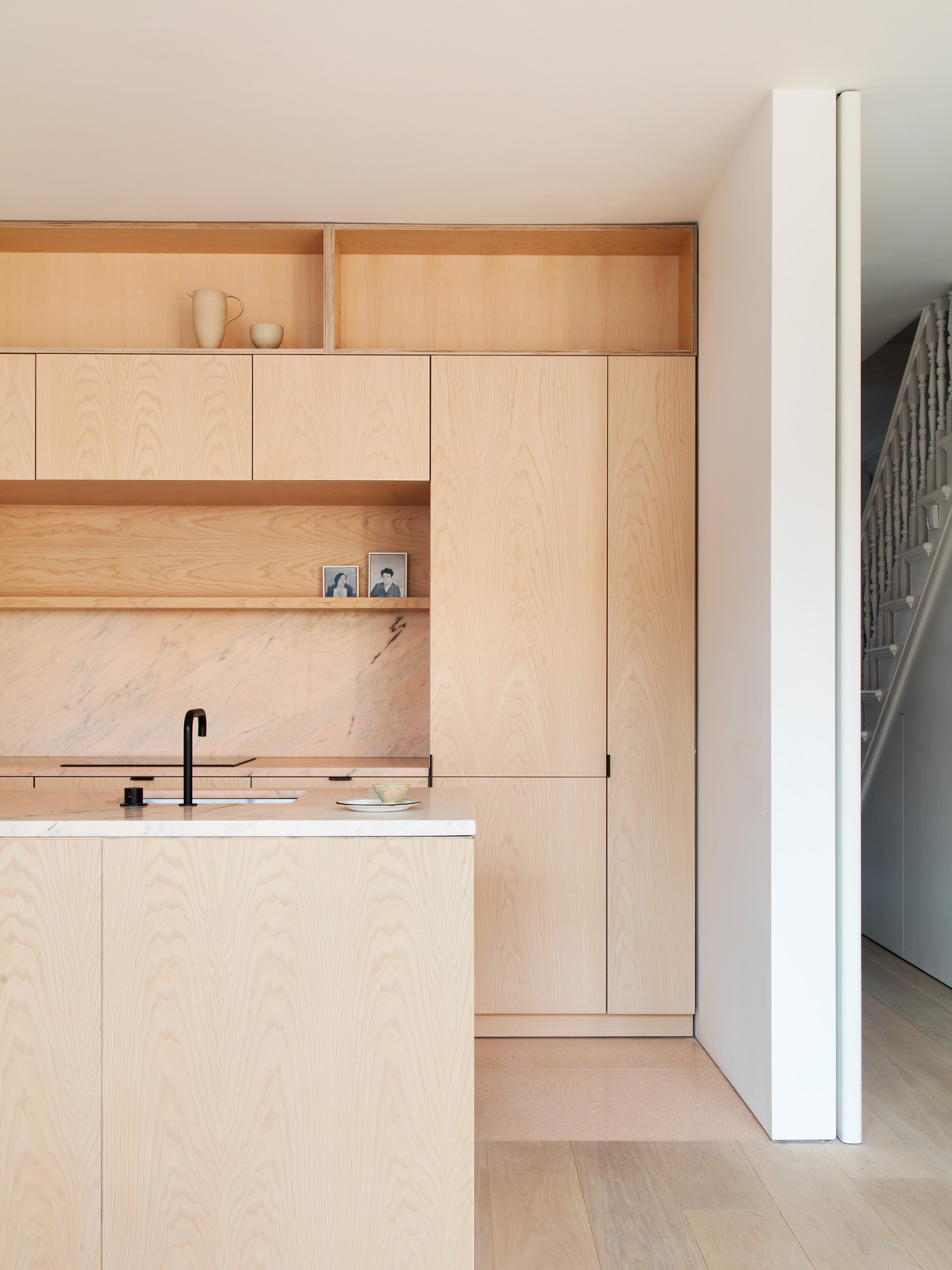 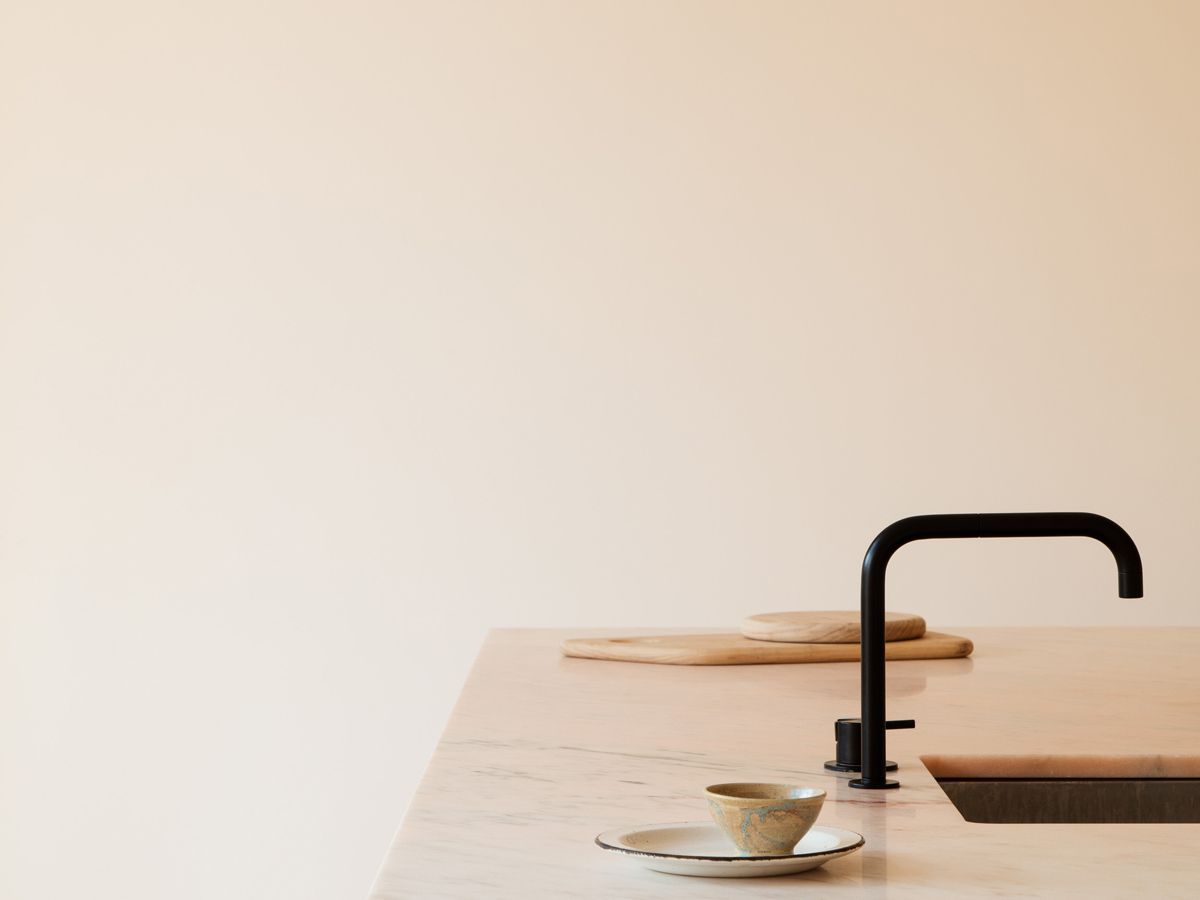 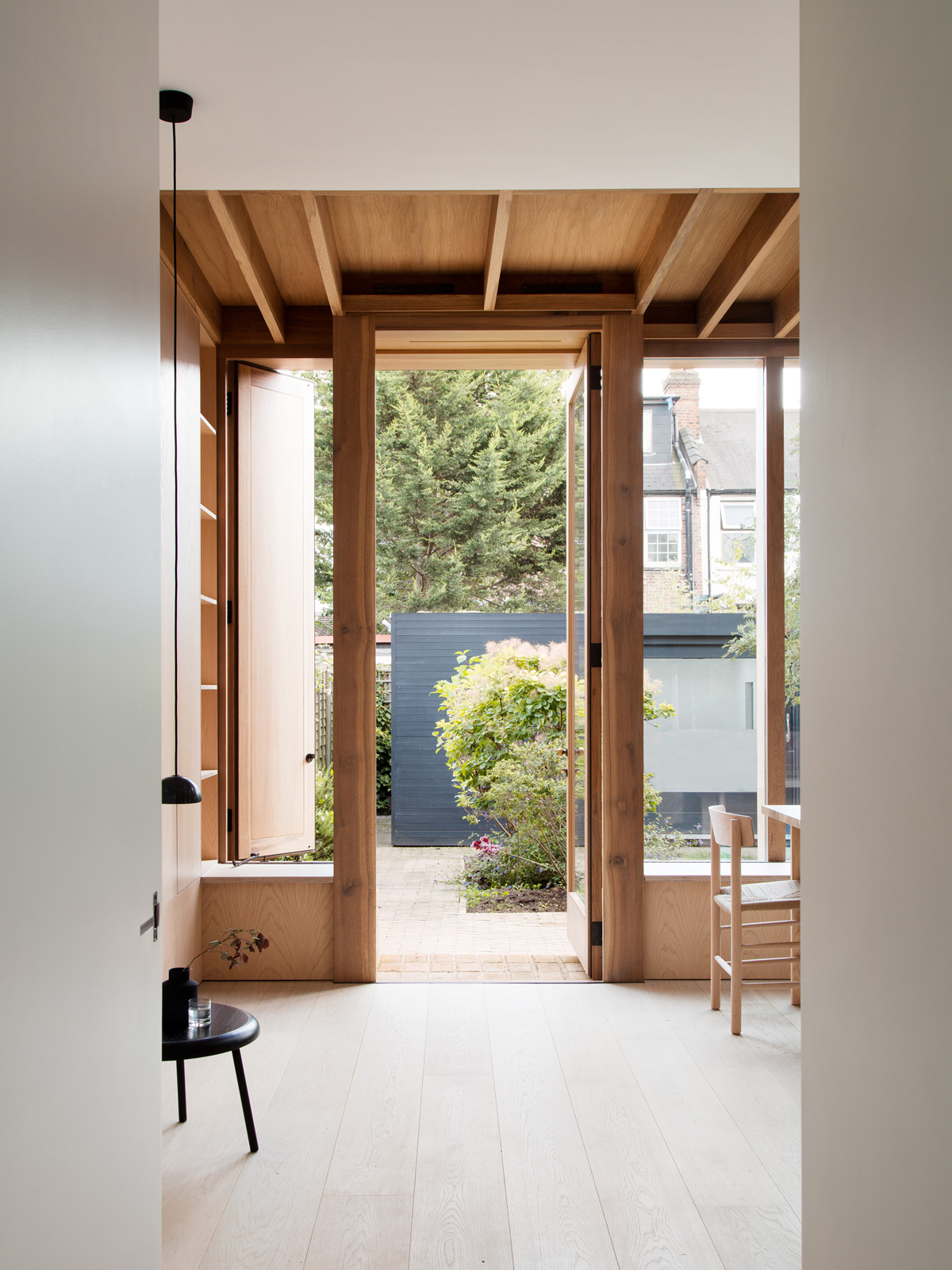 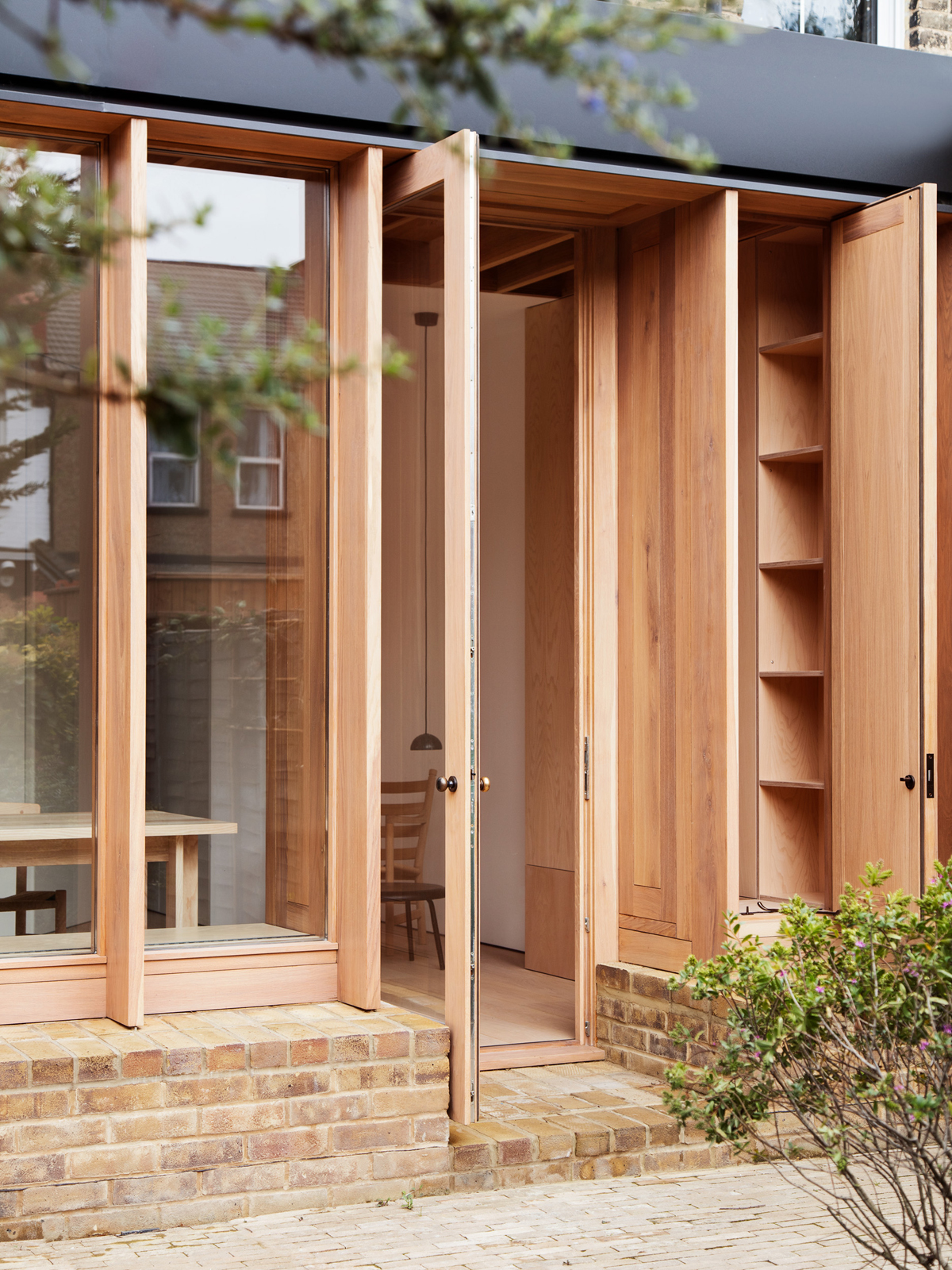 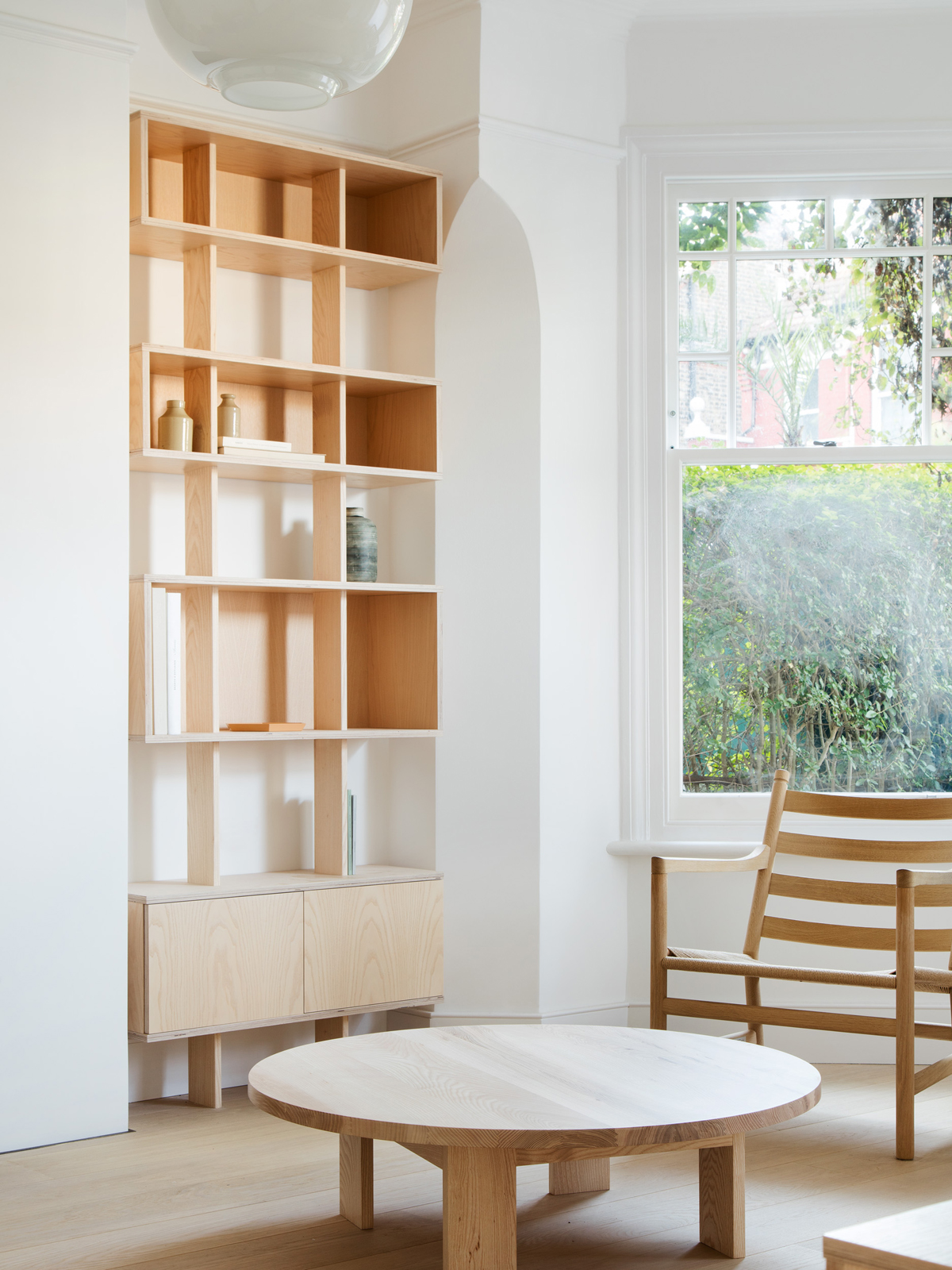 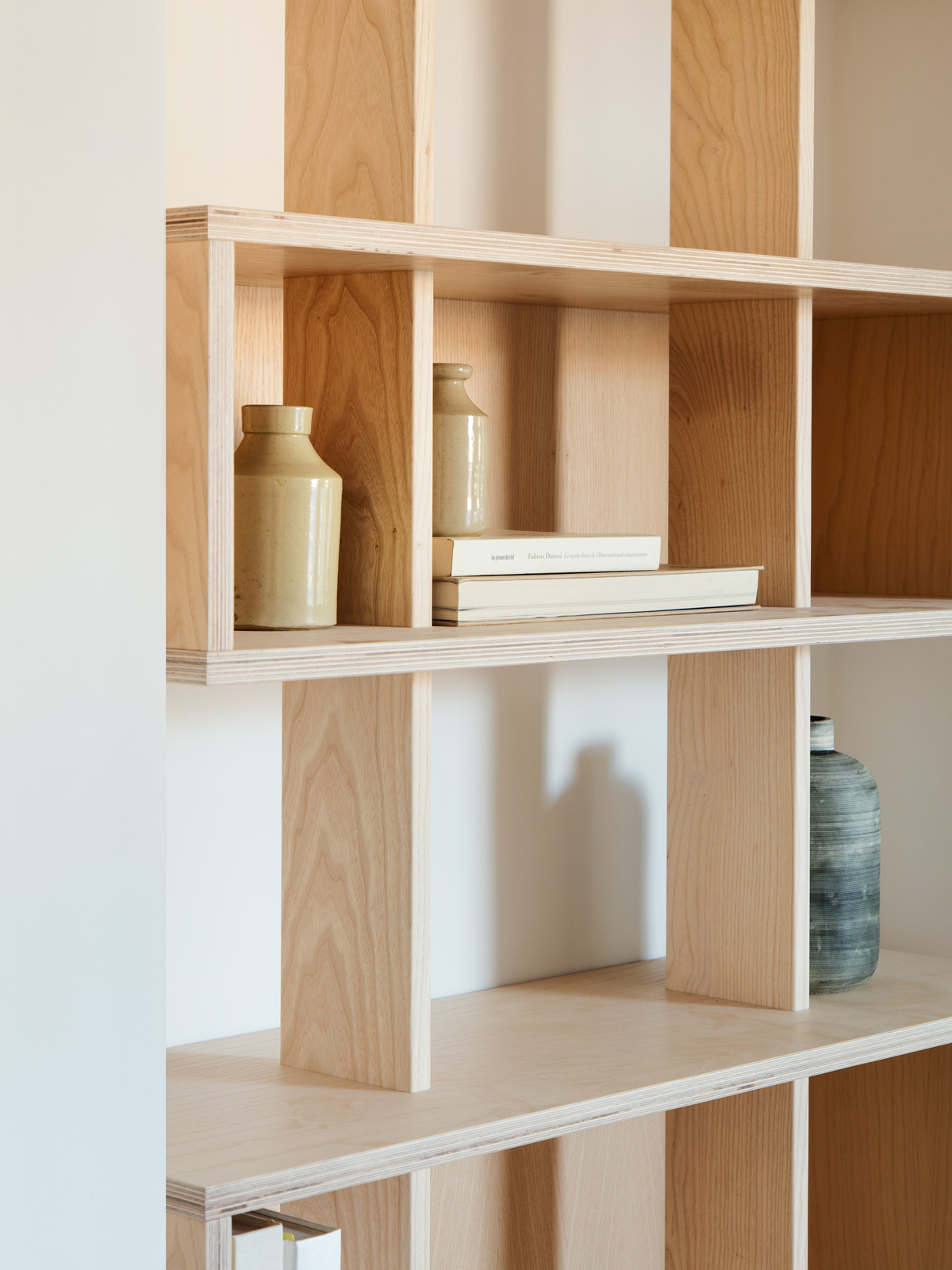 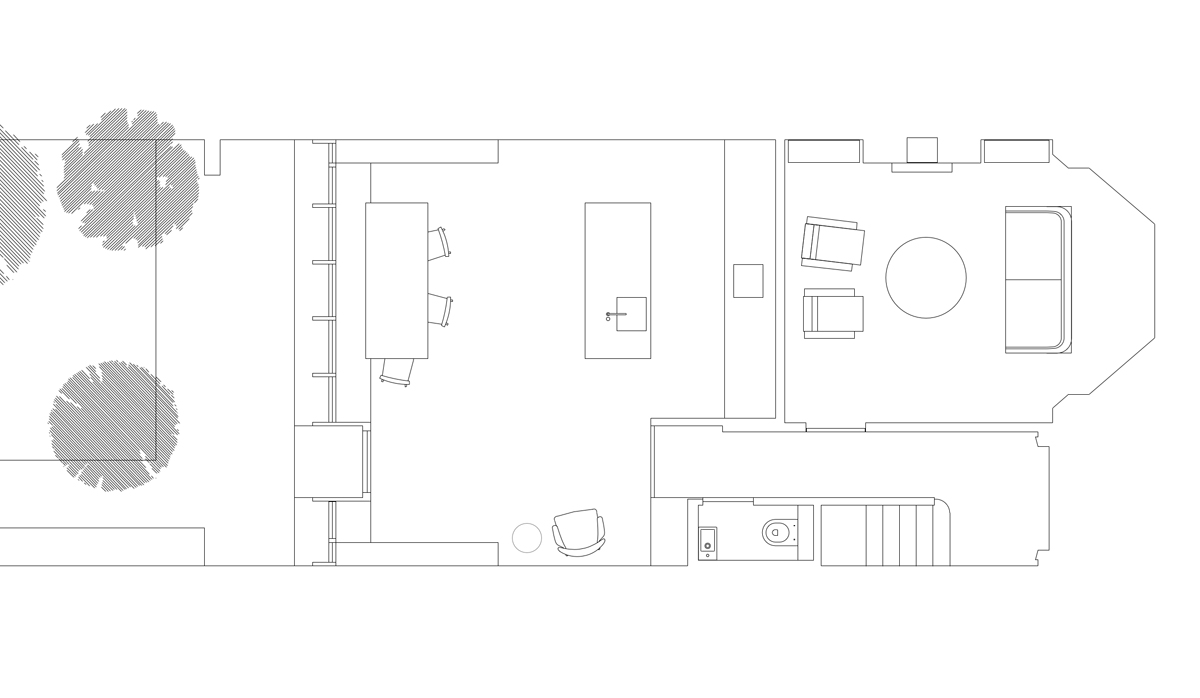 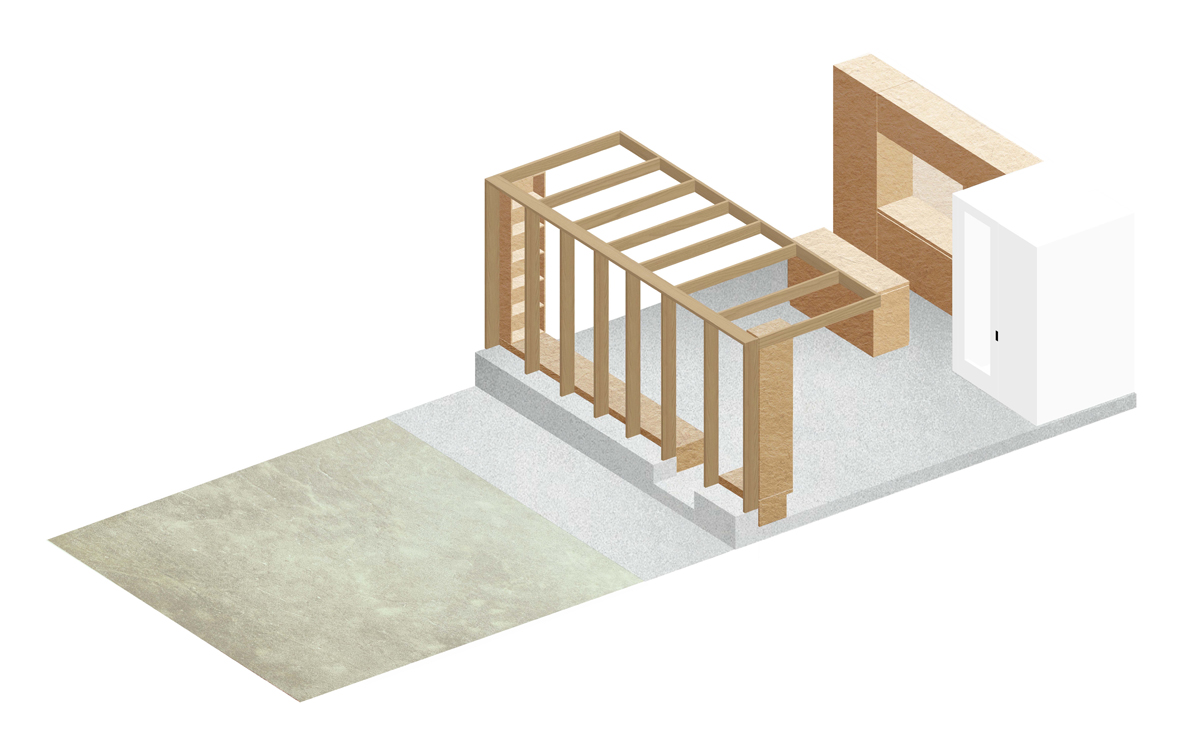