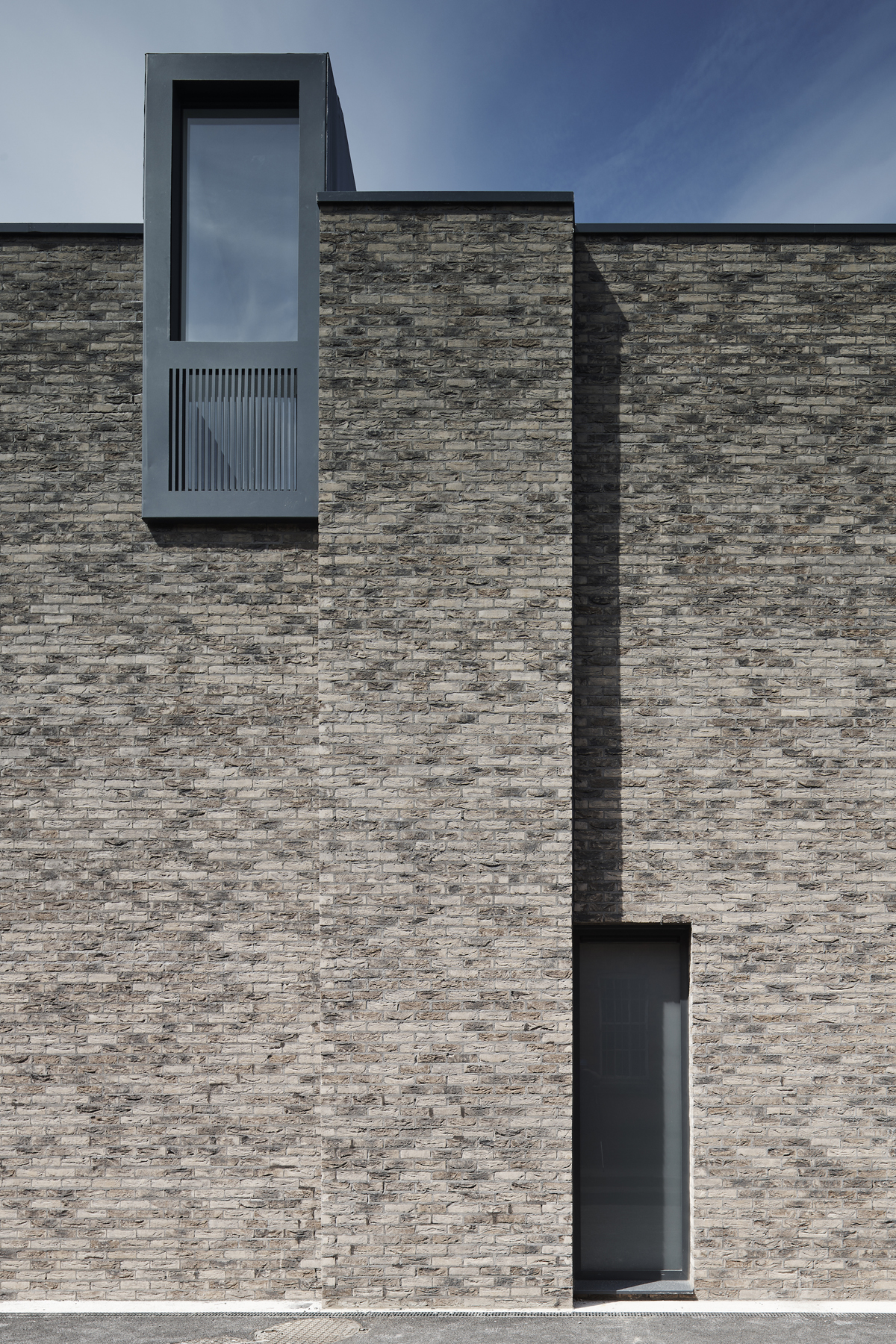 The military archives and storage block are set within the context of the 19th century military barracks close to Dublin City Centre and are separated by a small courtyard. The existing buildings form key edges to the fabric of the barrack streets and ceremonial parade grounds. A new extension has been added to both buildings transforming them into new uses while also allowing them to sit sensitively into this historic context.

The Military Archives is a new purpose built, climate controlled space that stores 67,000 archive storage boxes. The existing building is one half of an old stone and brick hospital block dating from the early years of the barracks. This internal plan has been turned on its end and a new entrance opened in the gable leading to a new public library and reading room lined out in timber. The rest is made up of offices and a Conservation laboratory. The new extension building matches the old in some of its character, extending the architecture of gables, but is made of brick. A new dramatic folded courtyard is created between old and new.

The adjacent new two-storey army storage building aligns with the archive building on plan and is finished in a matching brick skin. The building is carefully restored and sensitively adjusted to enable new links between the existing rooms and the proposed new building to the rear, using new access links and stairs inserted into the existing building to enable these new connections. The new building to the rear has been designed to sit sensitively into the landscape of military buildings in the barracks complex. This has an innovative and striking roof-scape delineated with projecting roof lights that resonate with the rhythm of the architecture in the barracks. 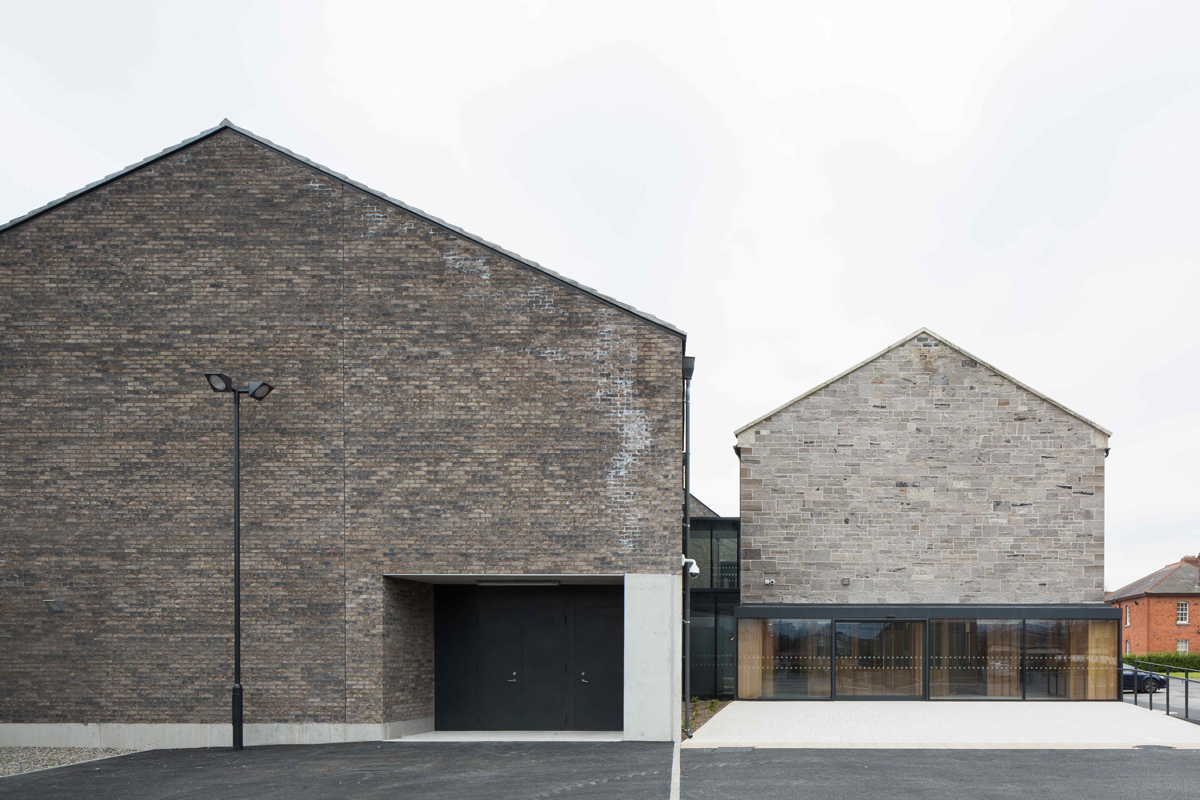 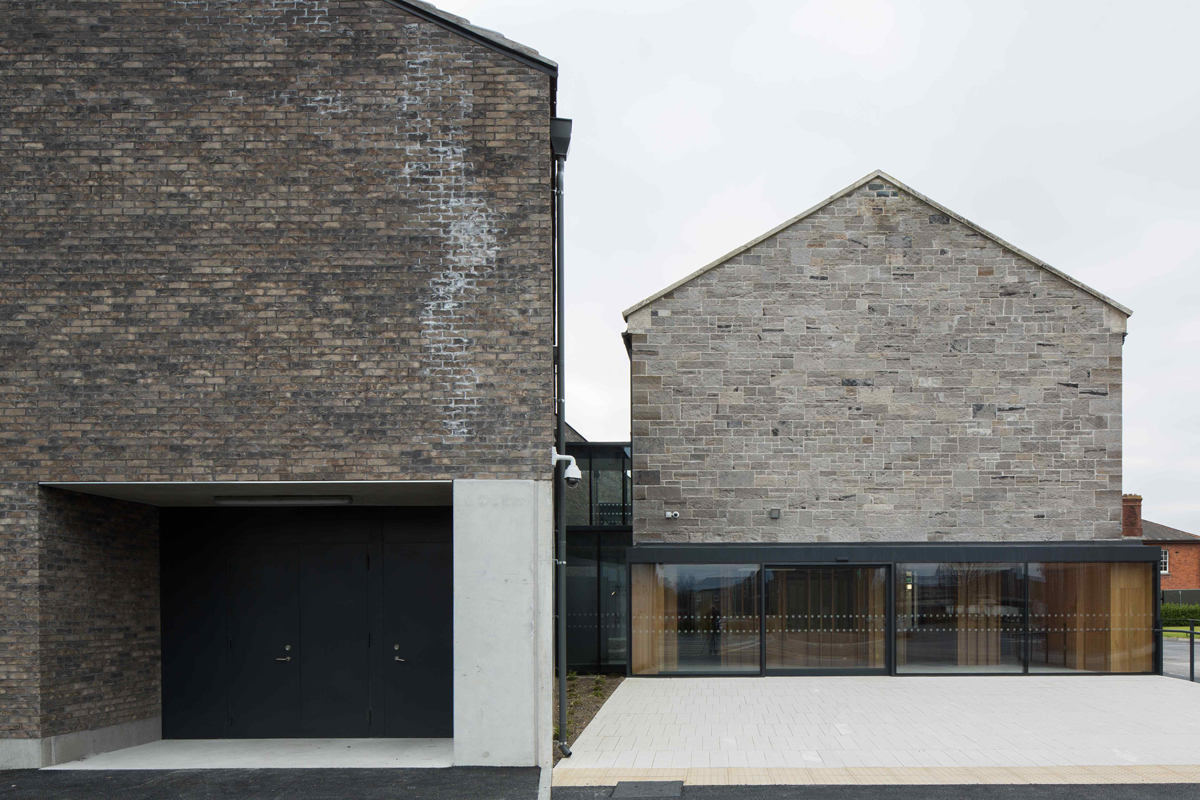 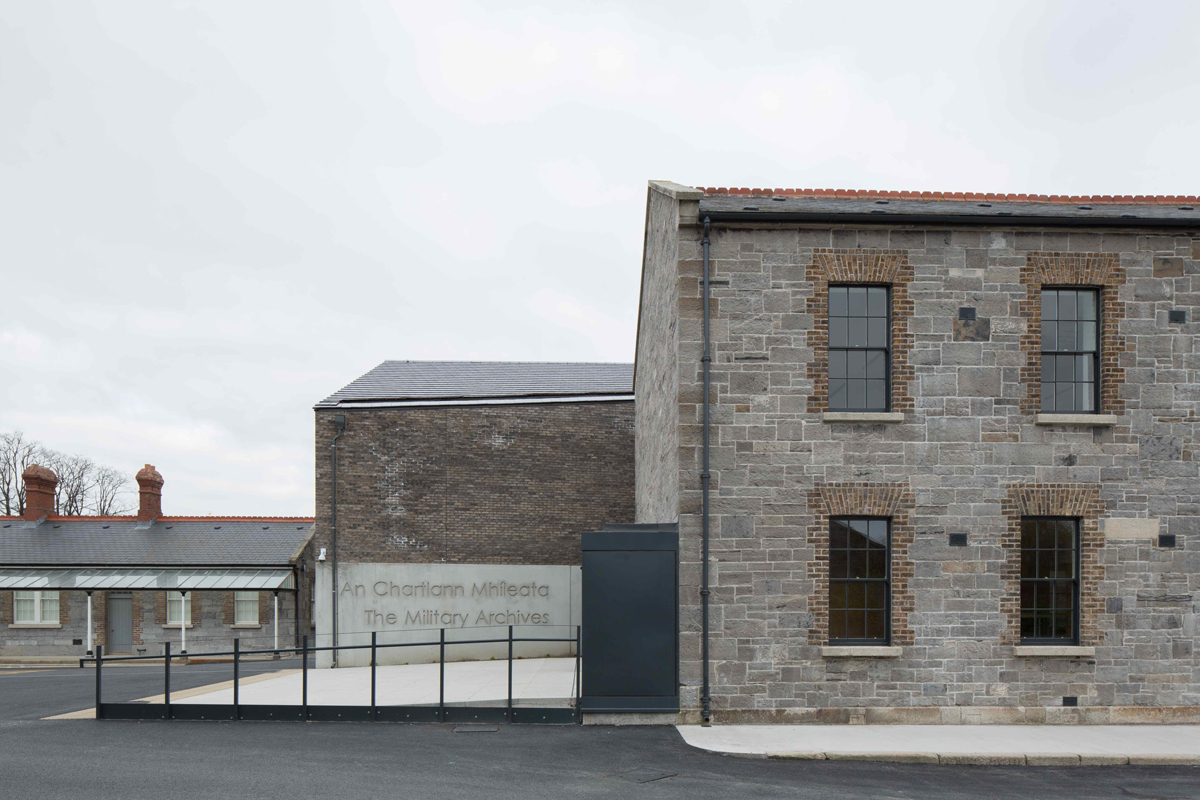 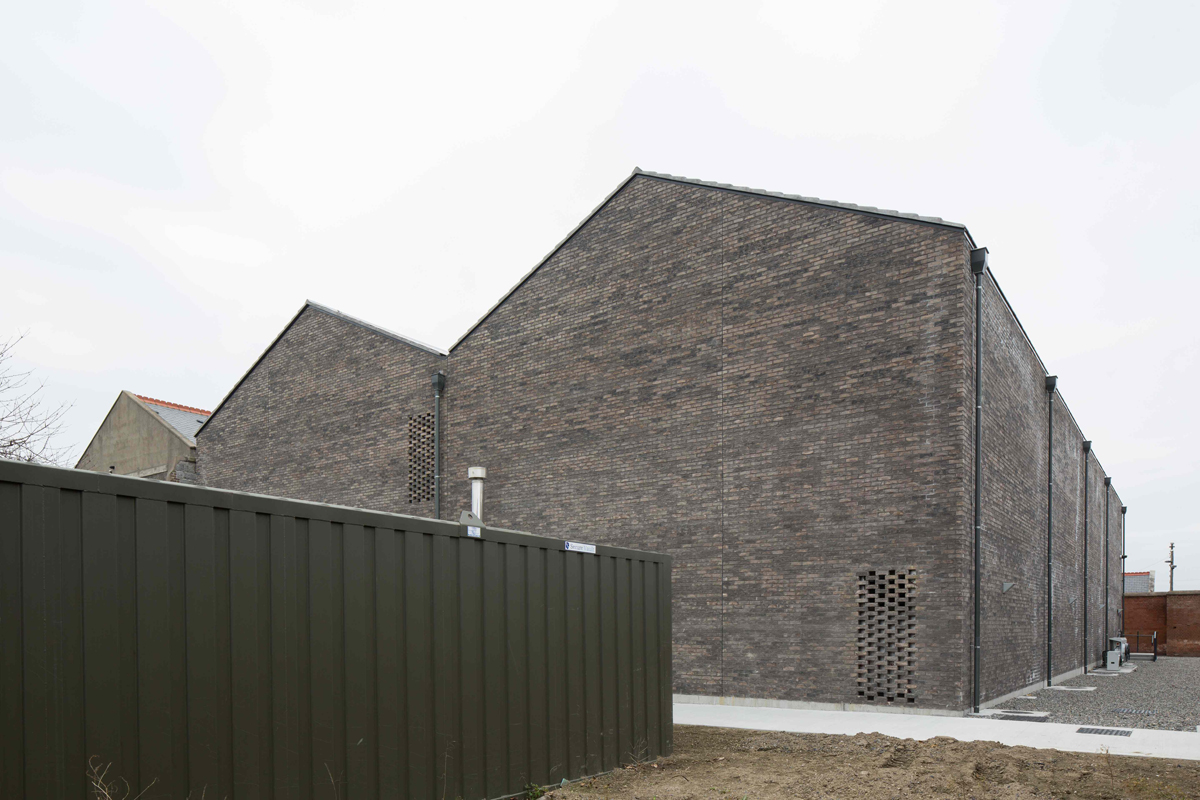 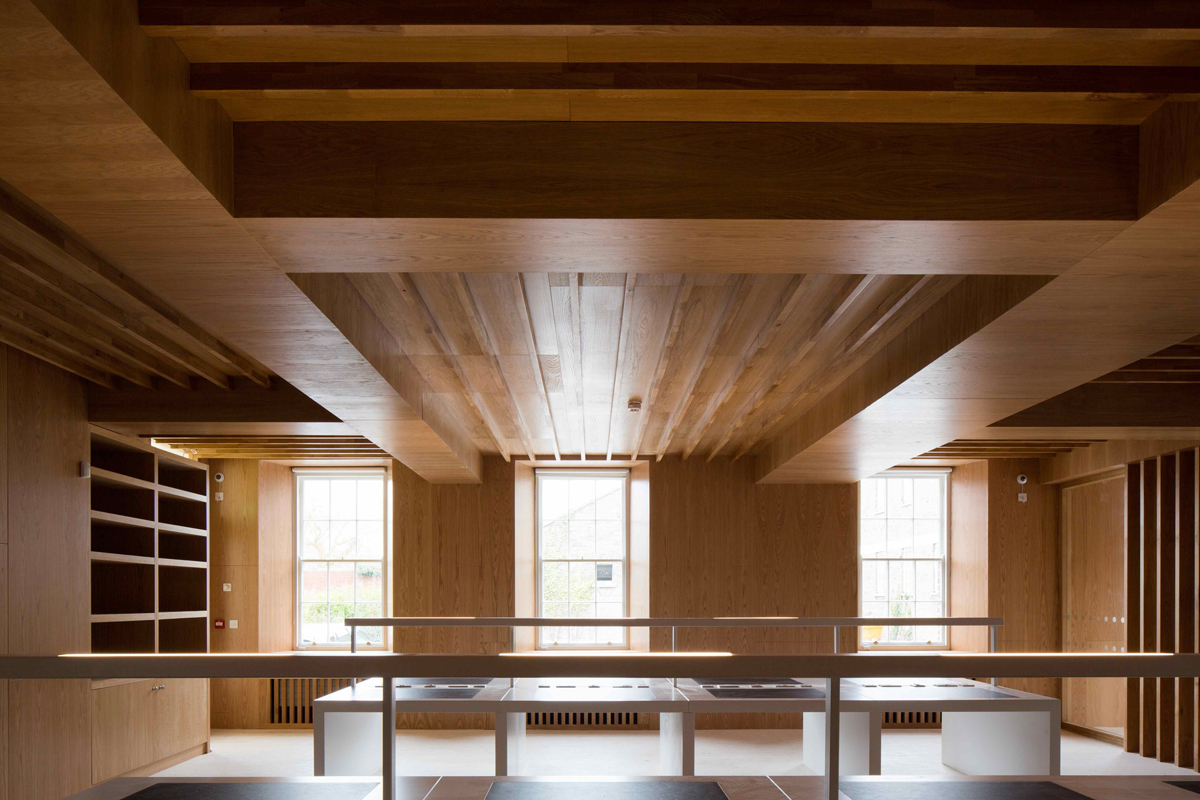 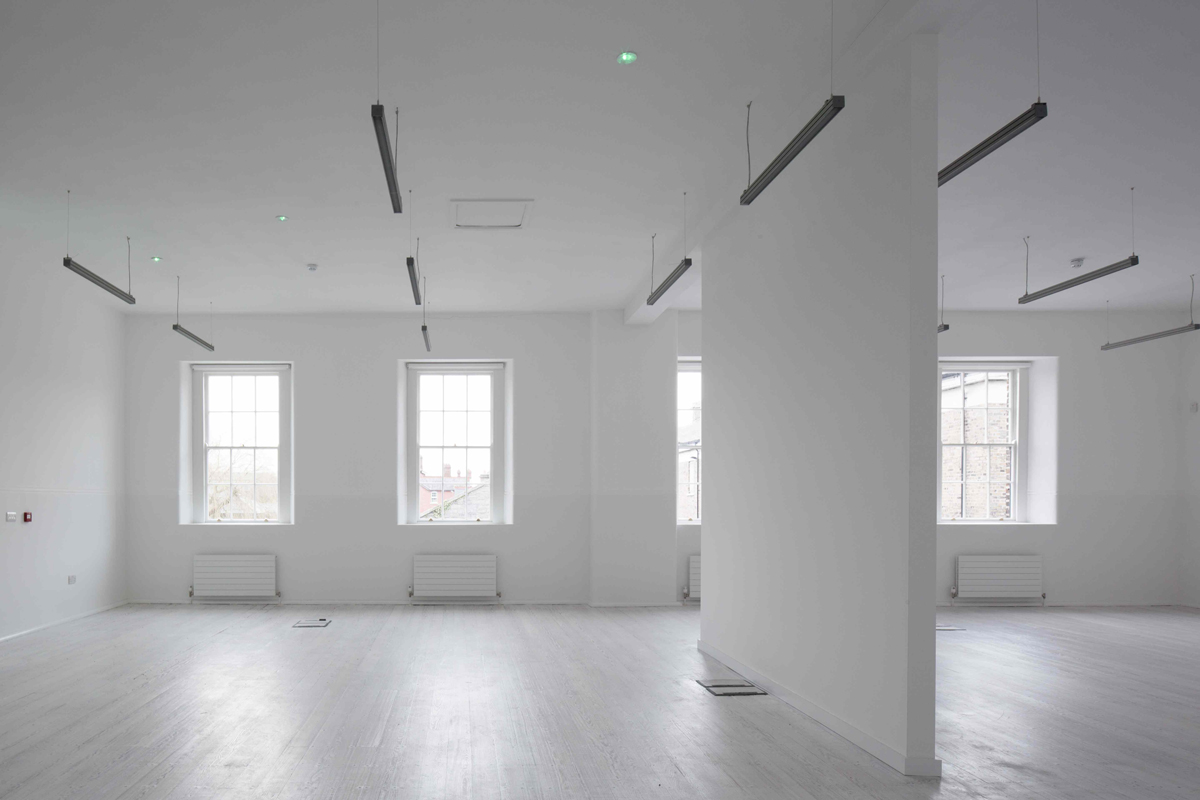 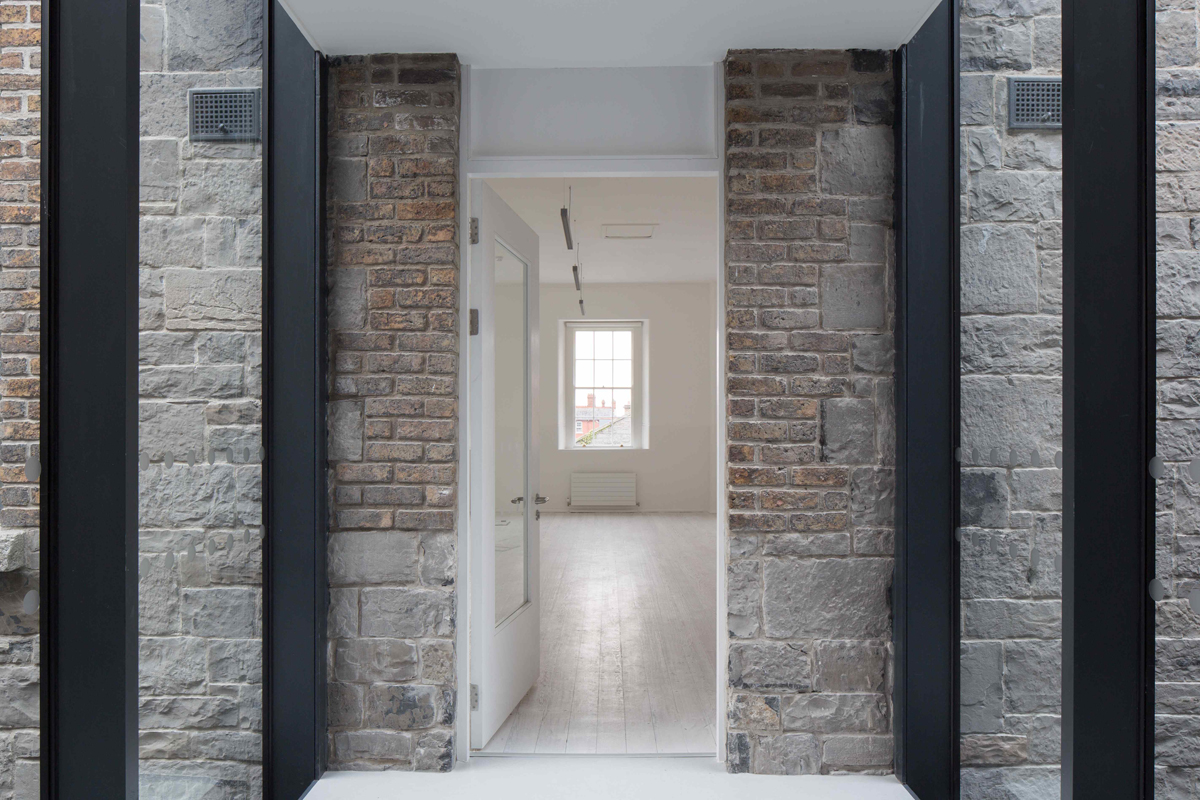 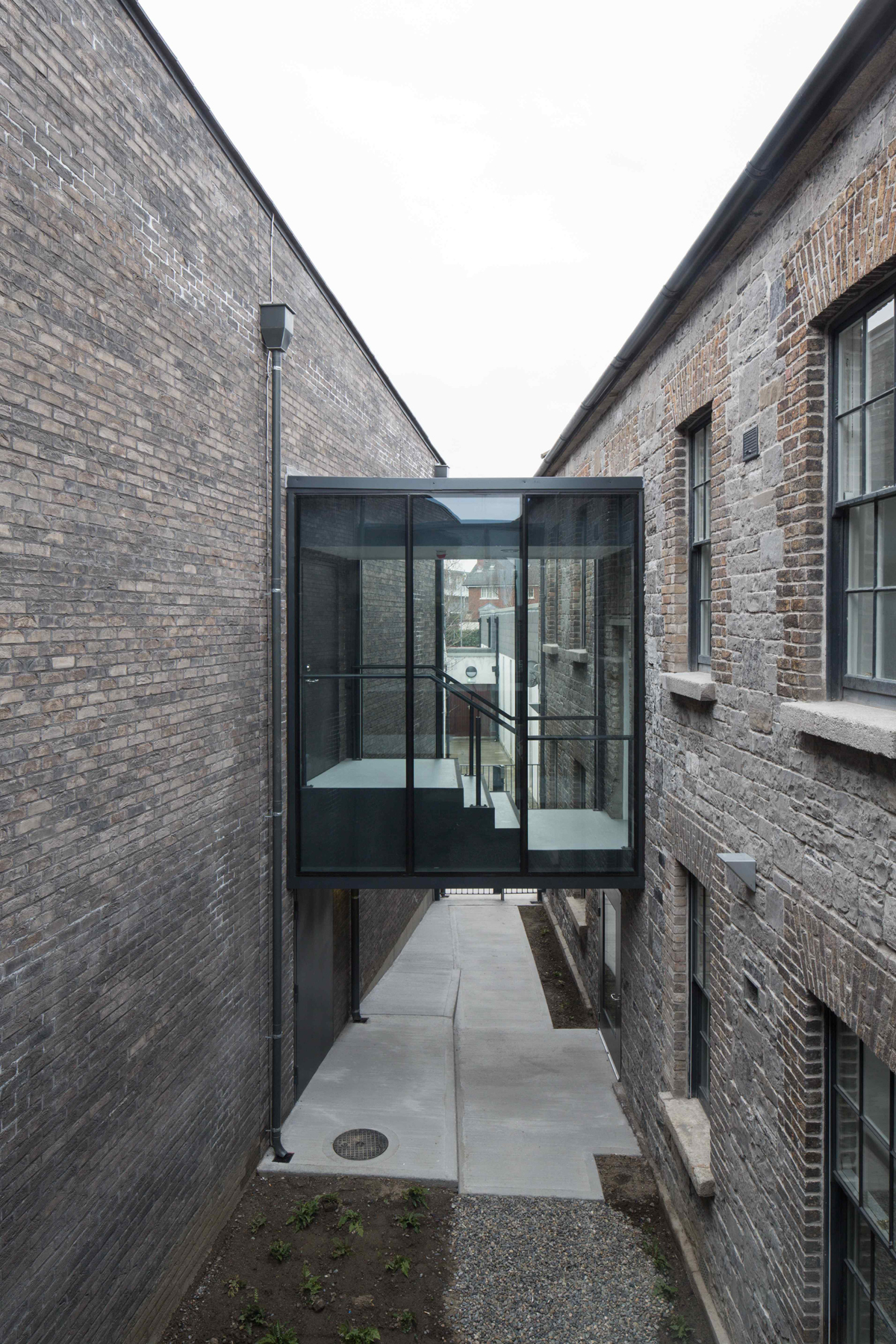 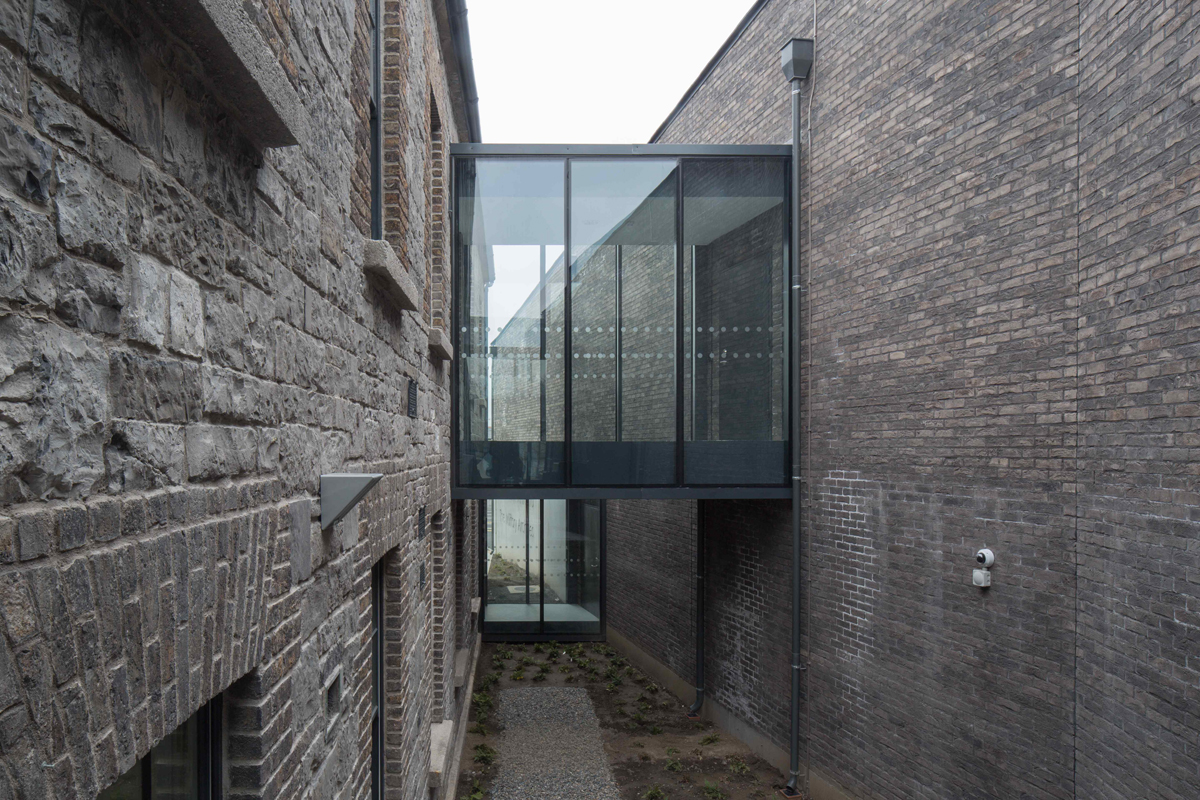 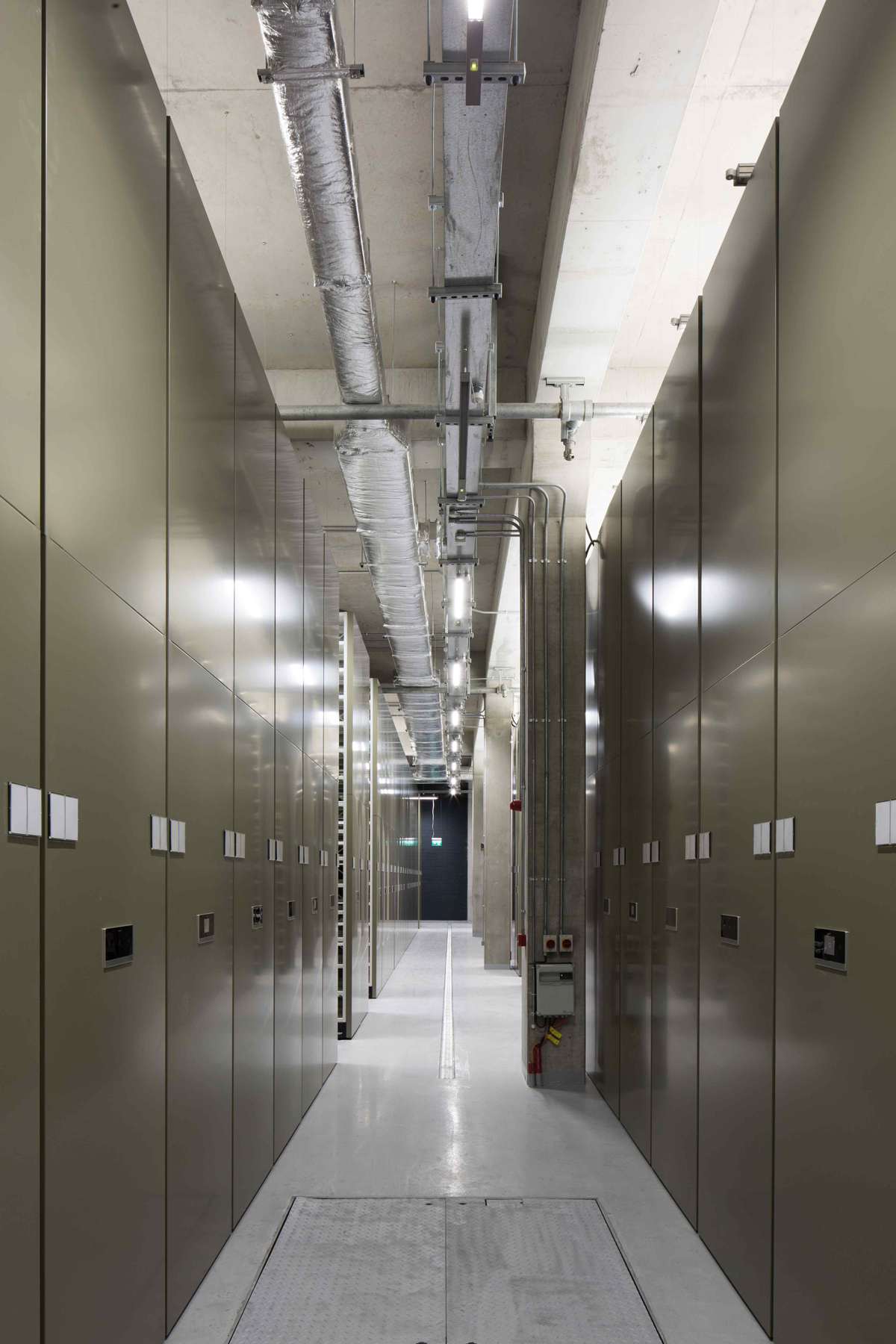 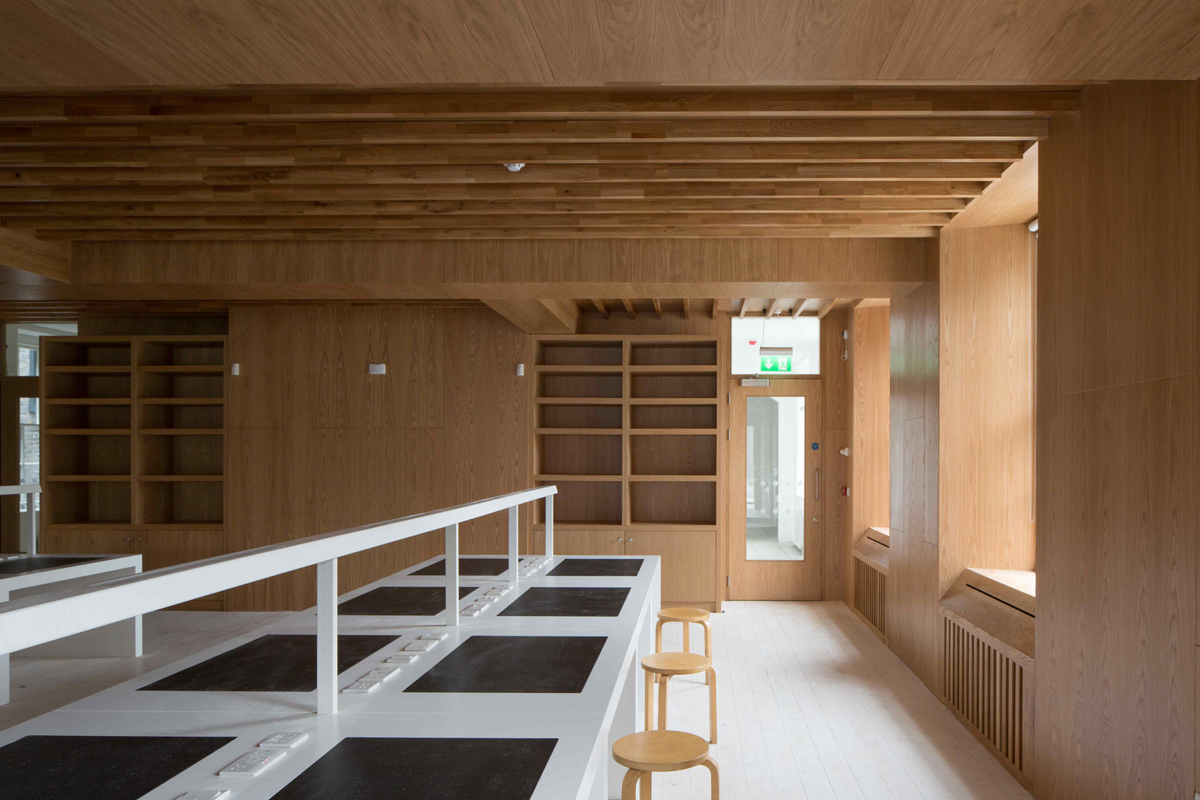 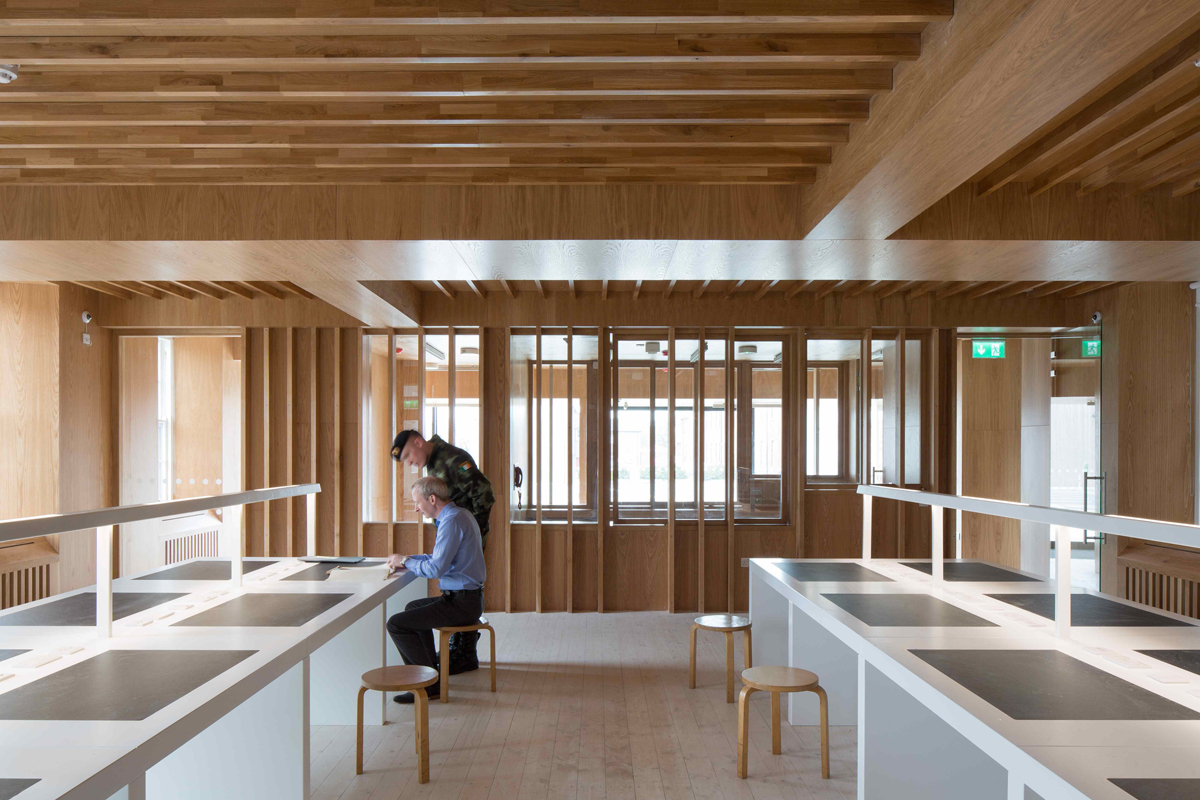 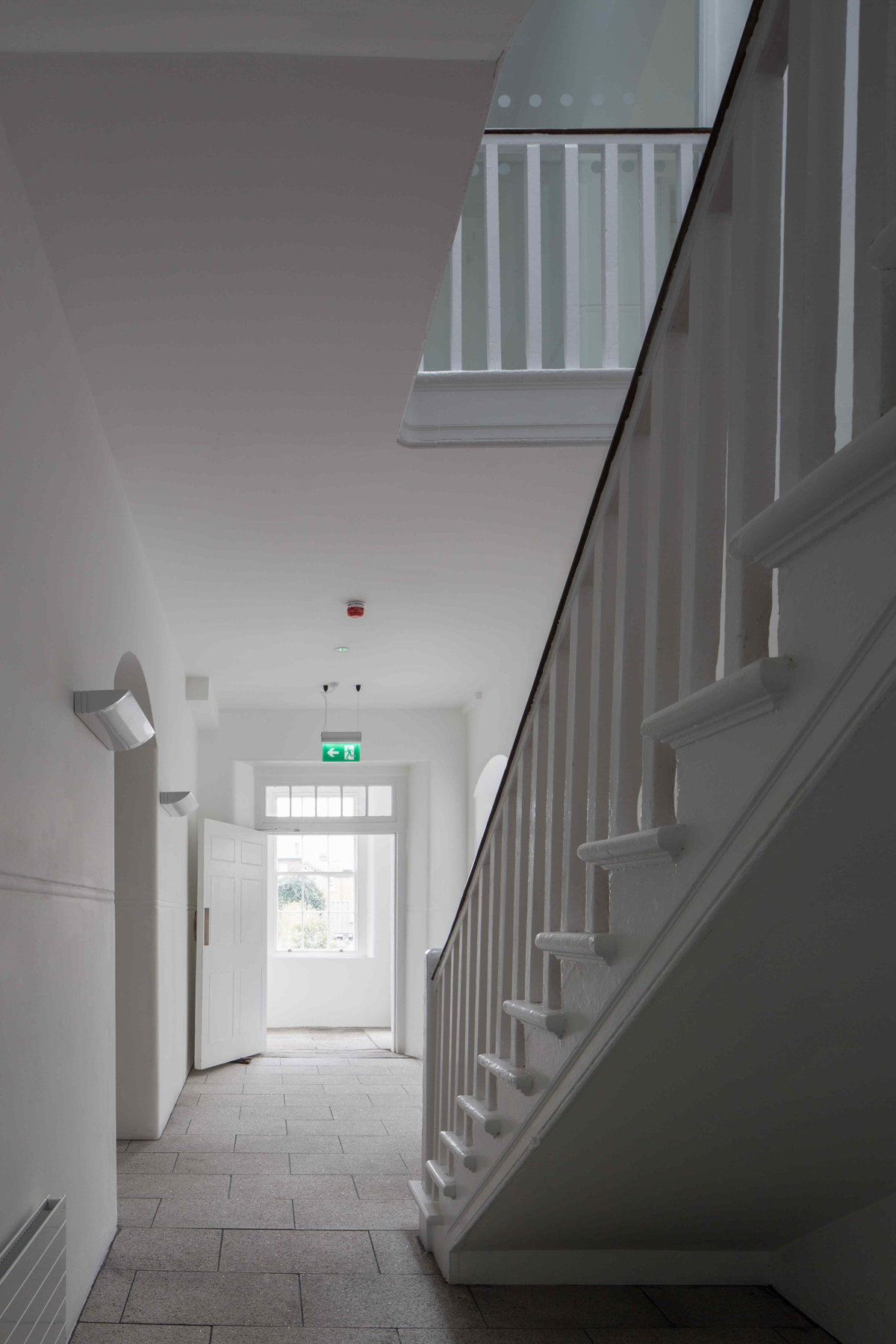 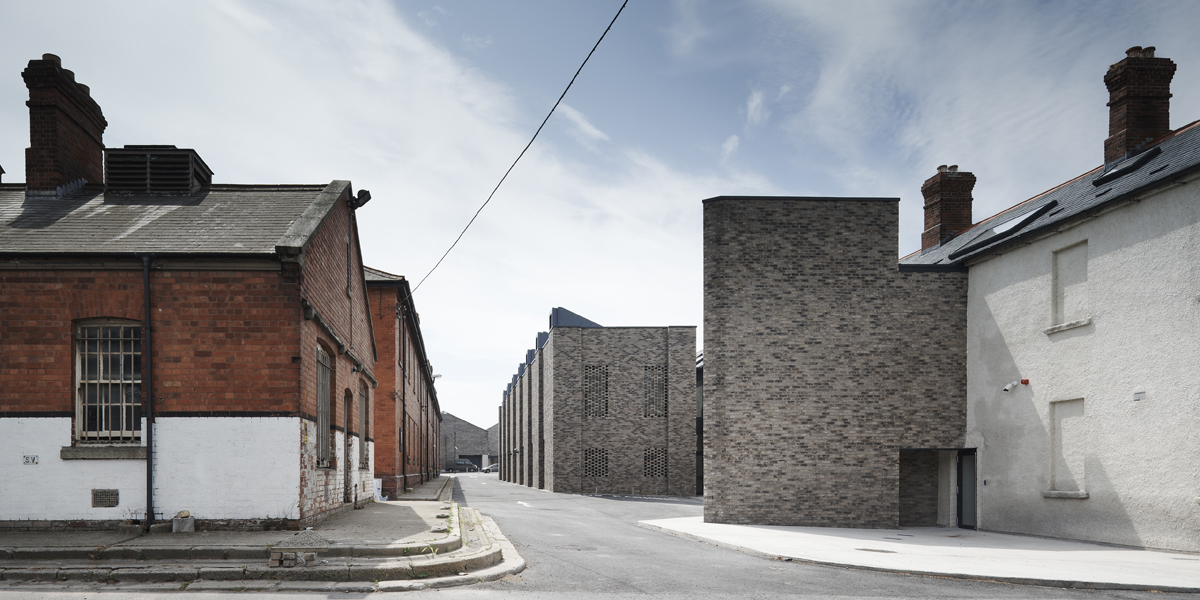 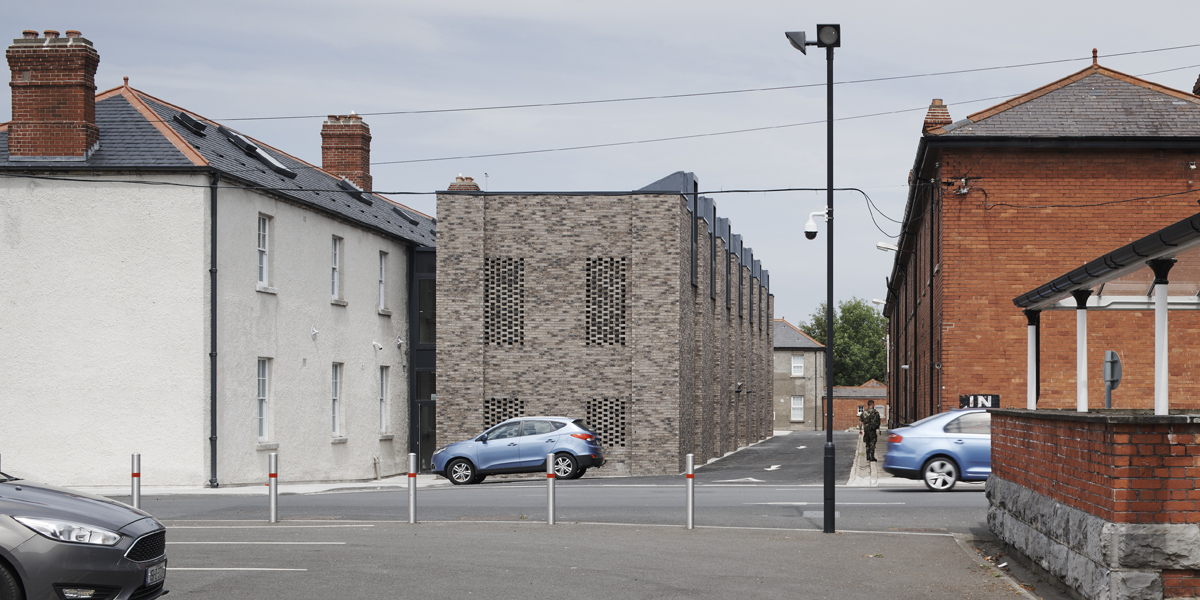 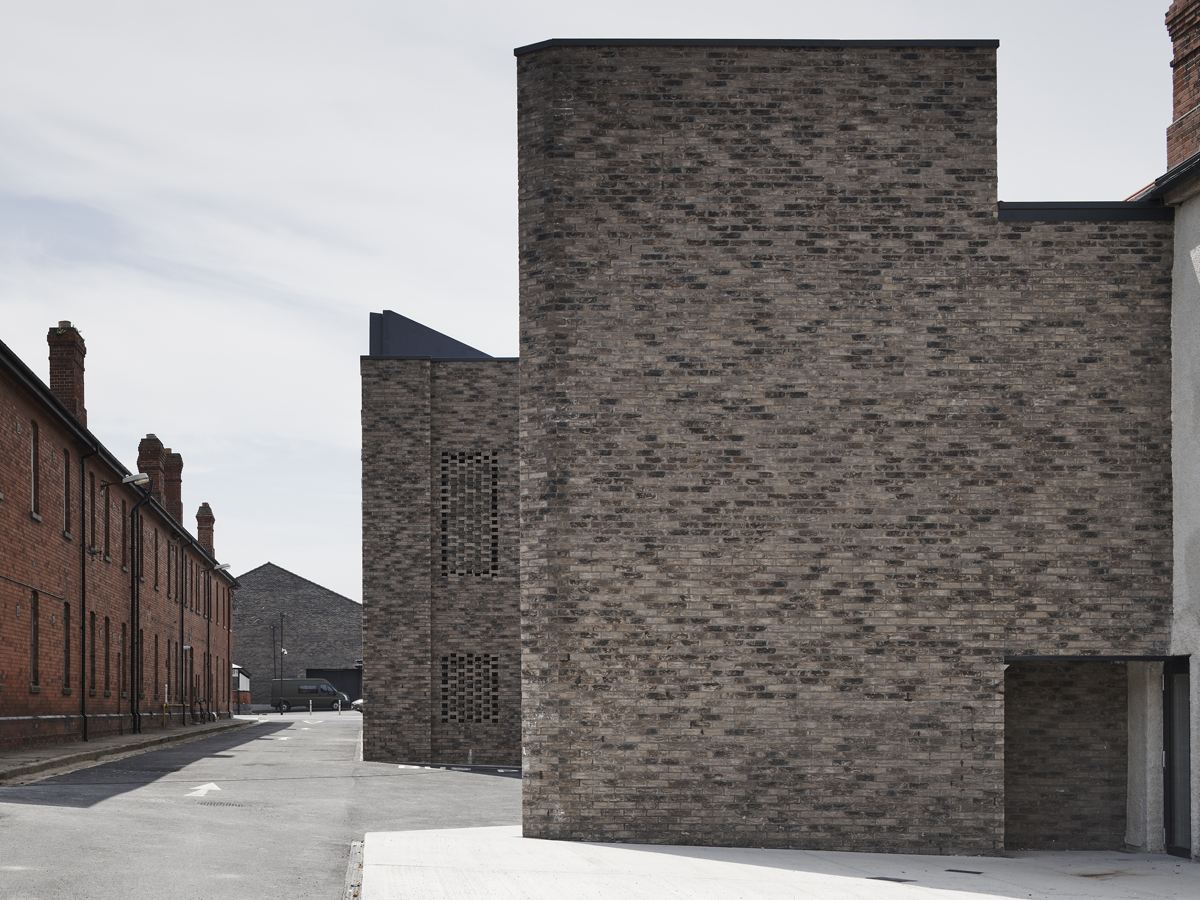 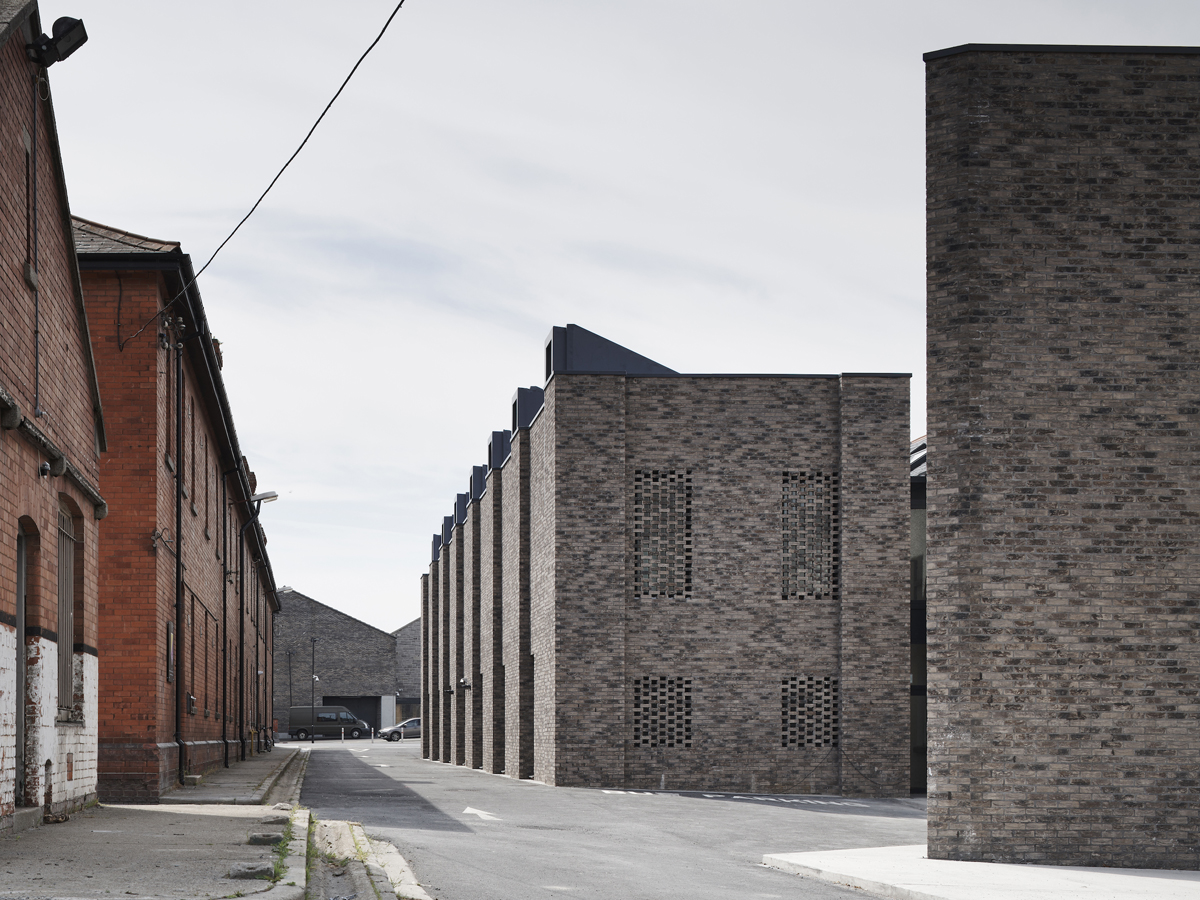 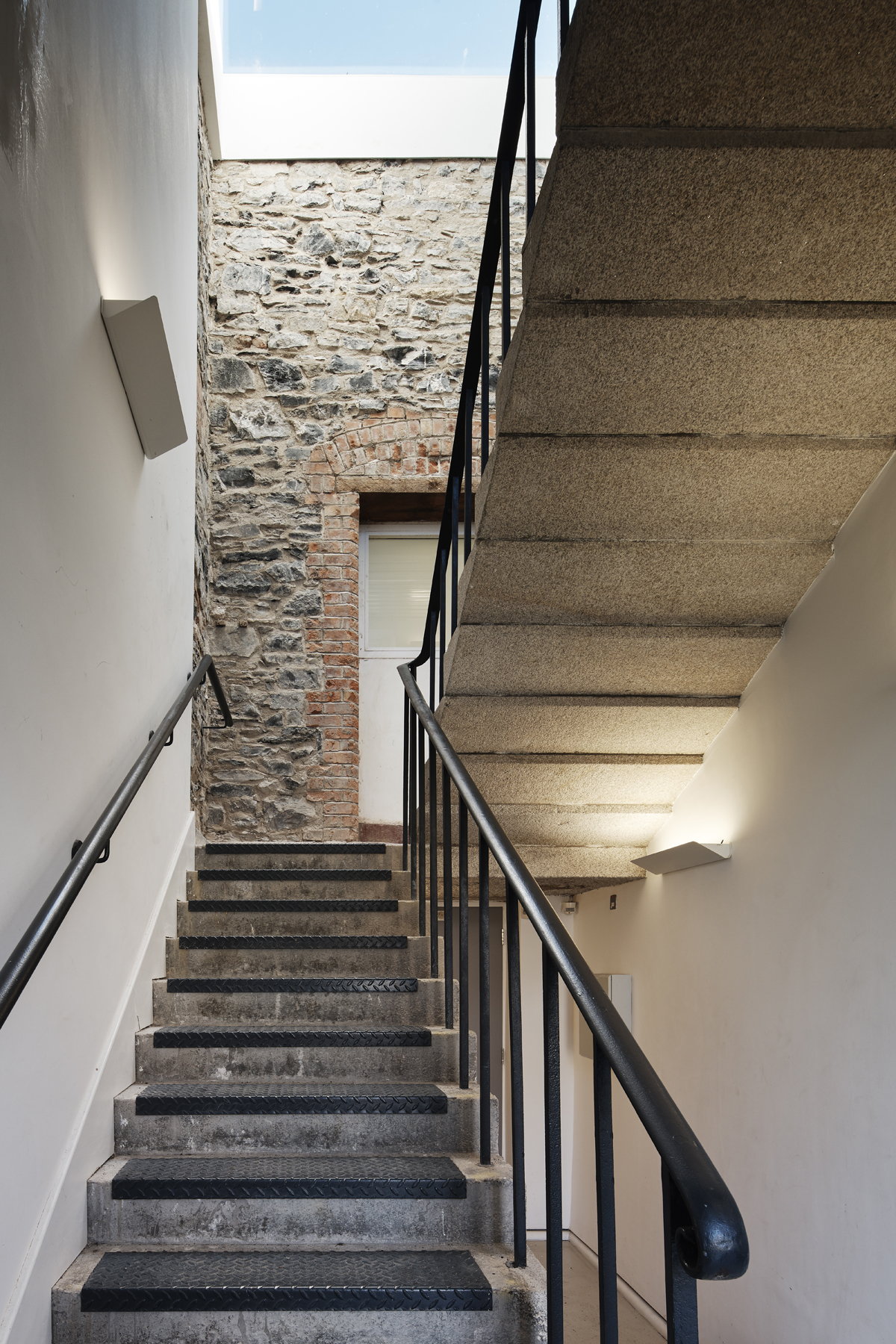 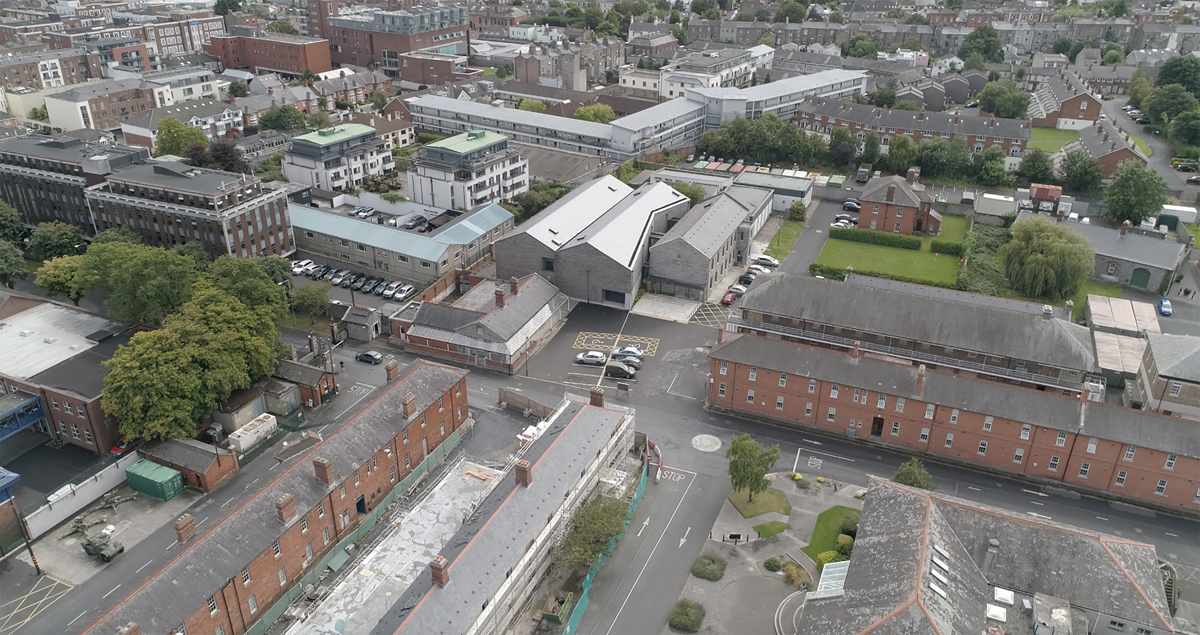 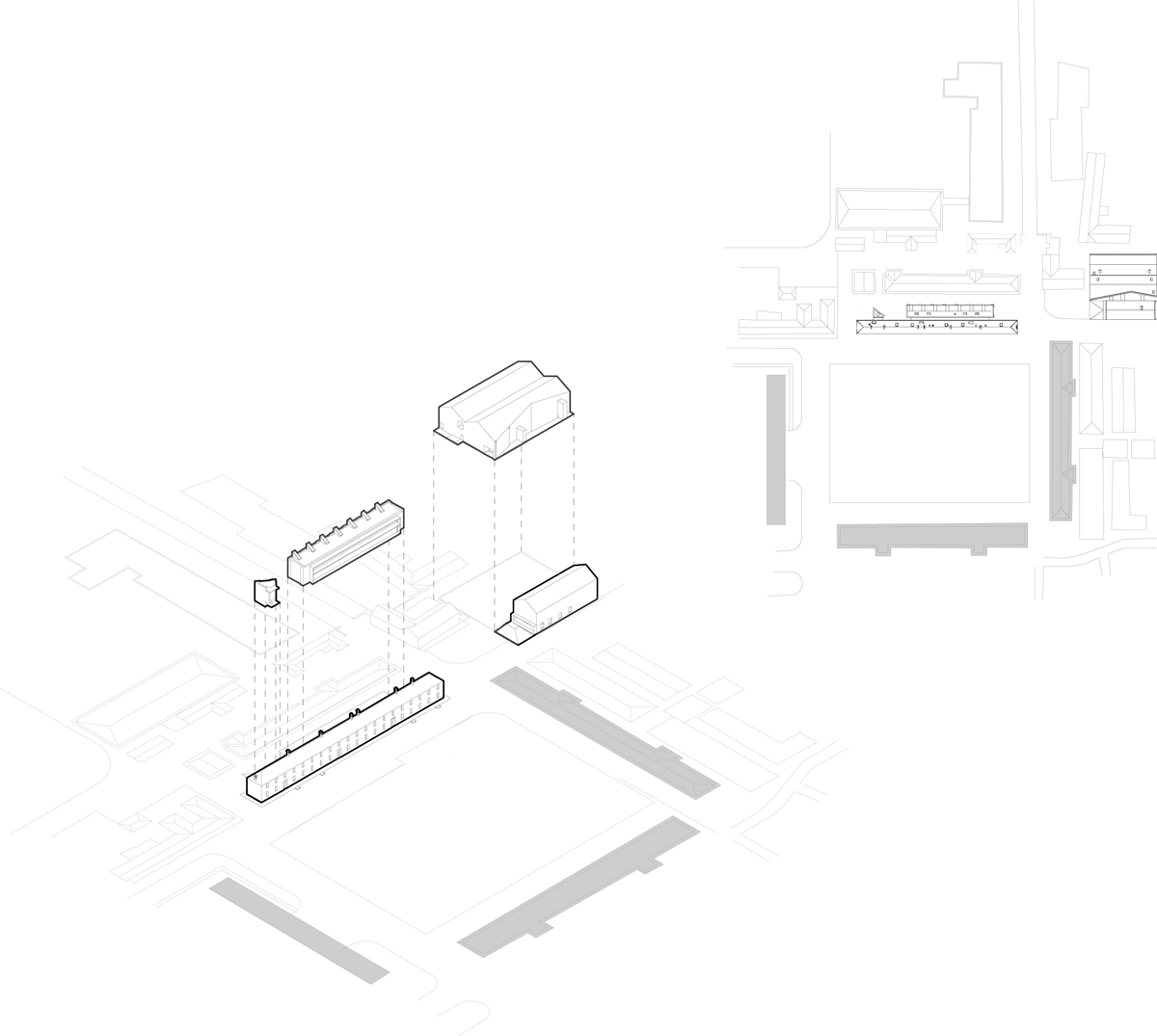 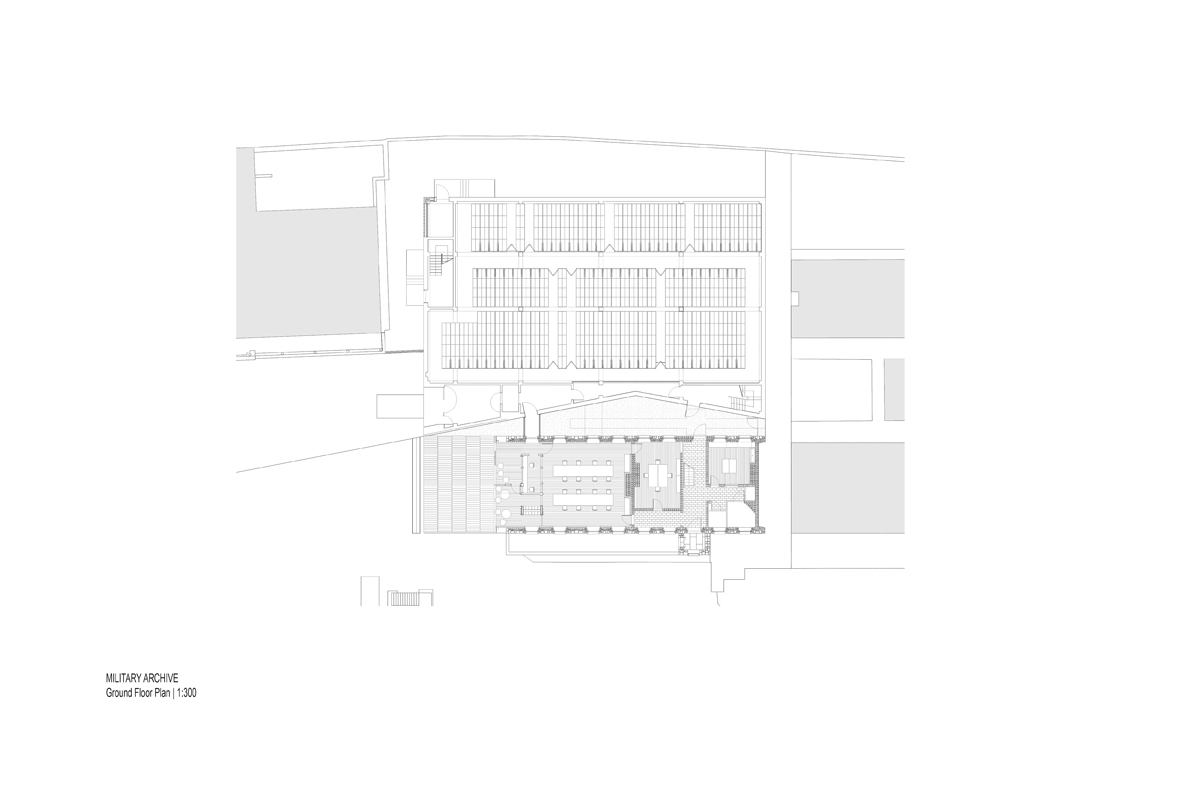 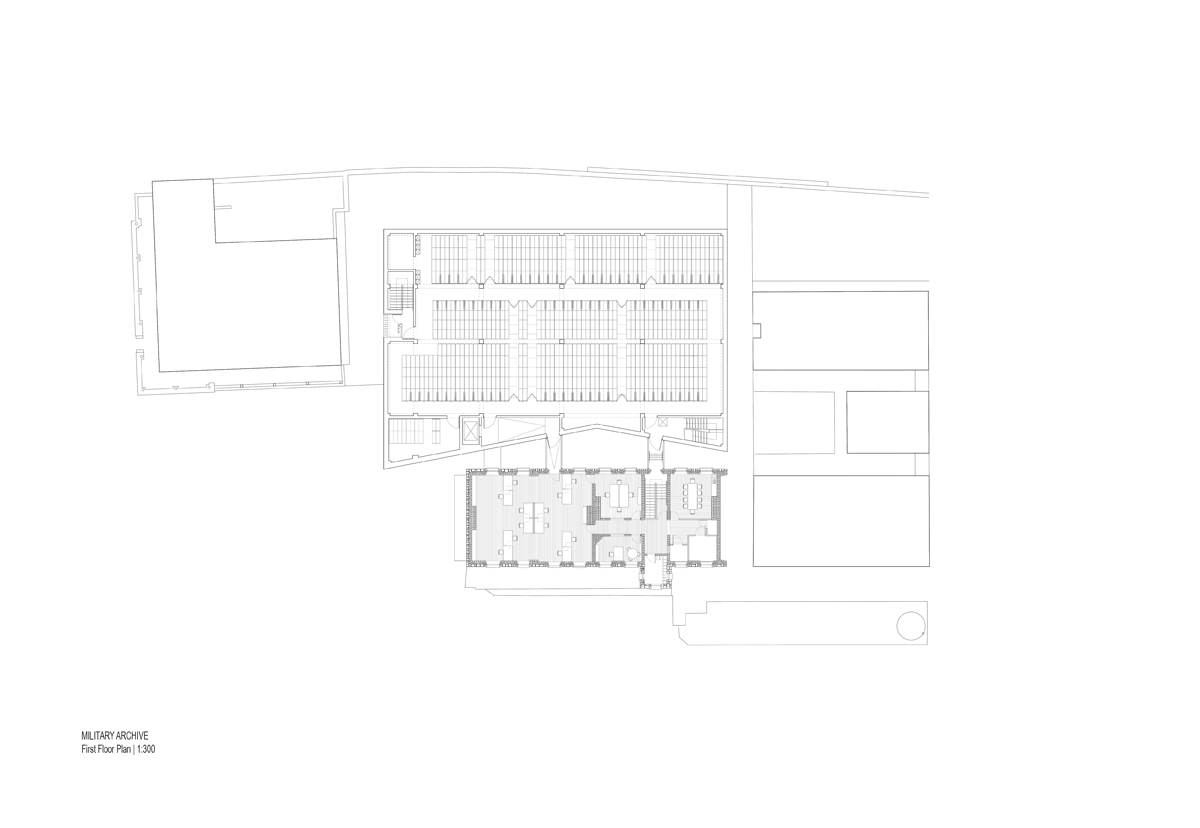 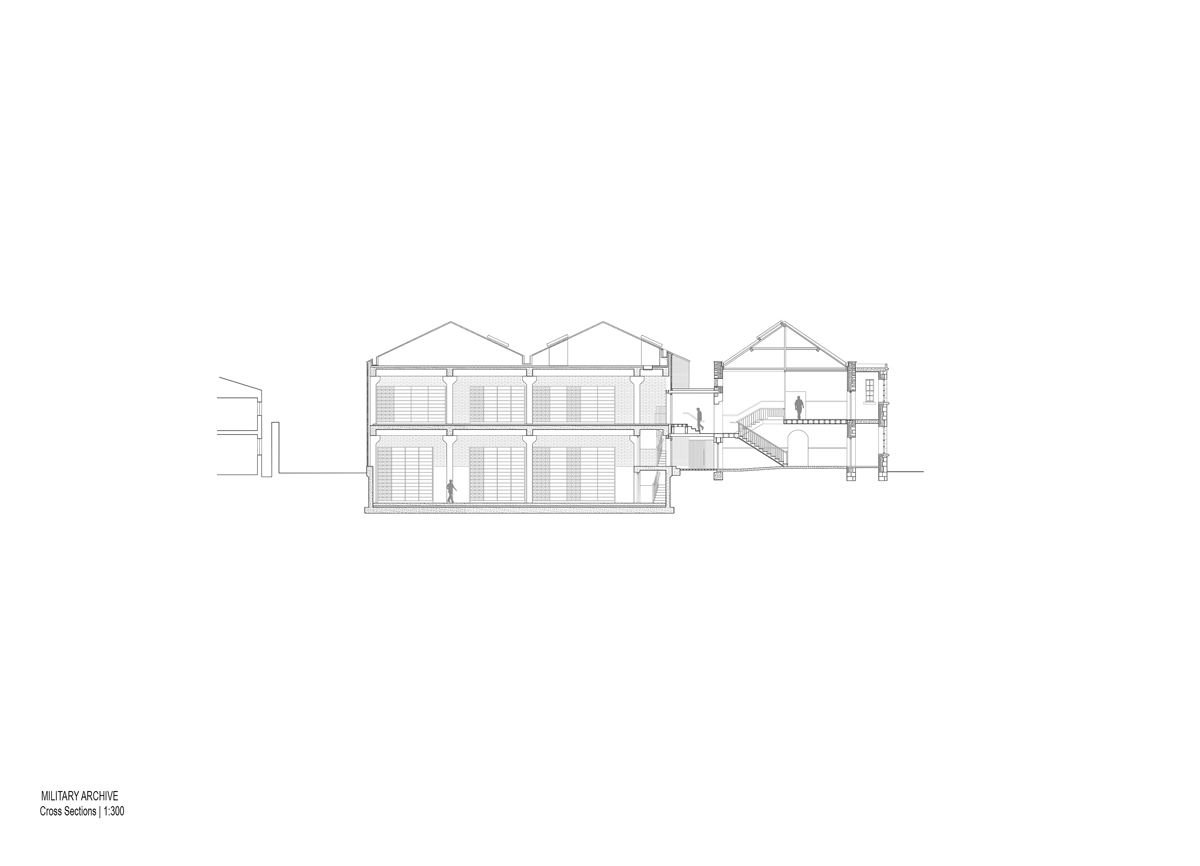 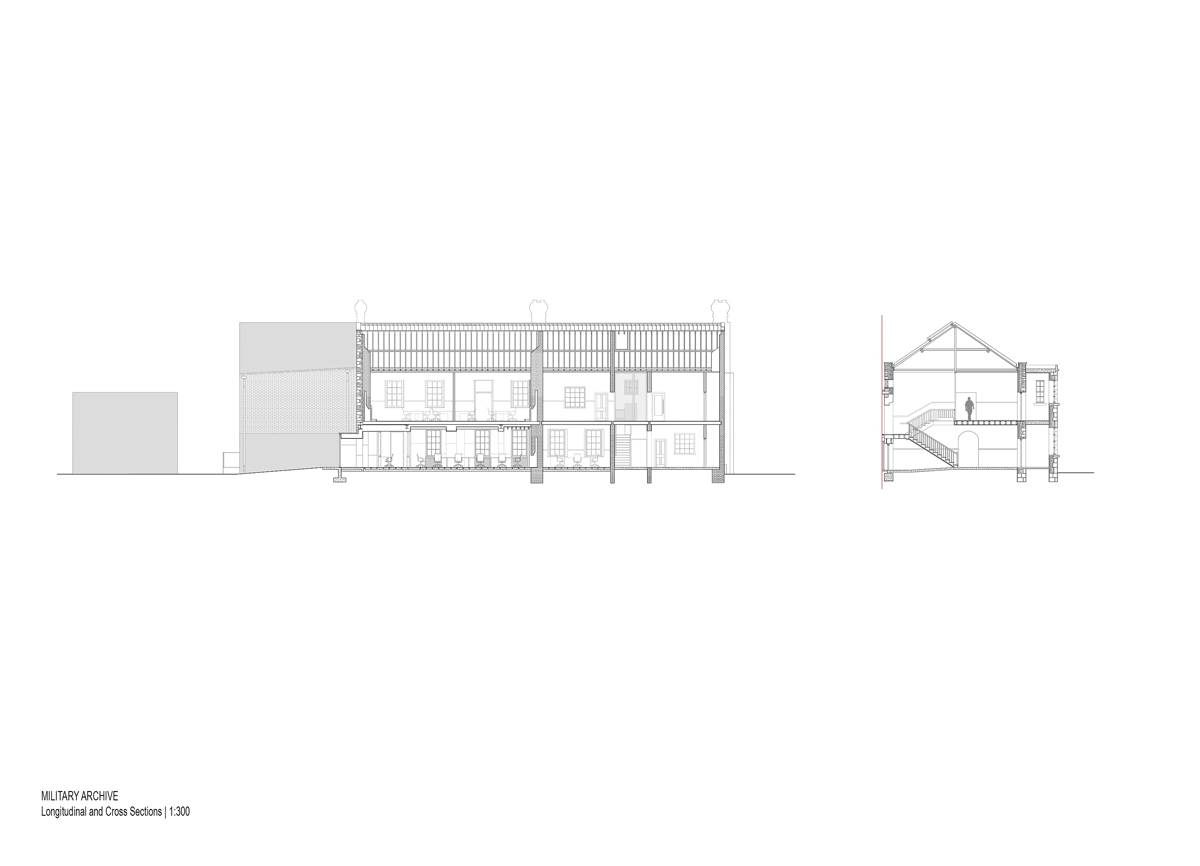 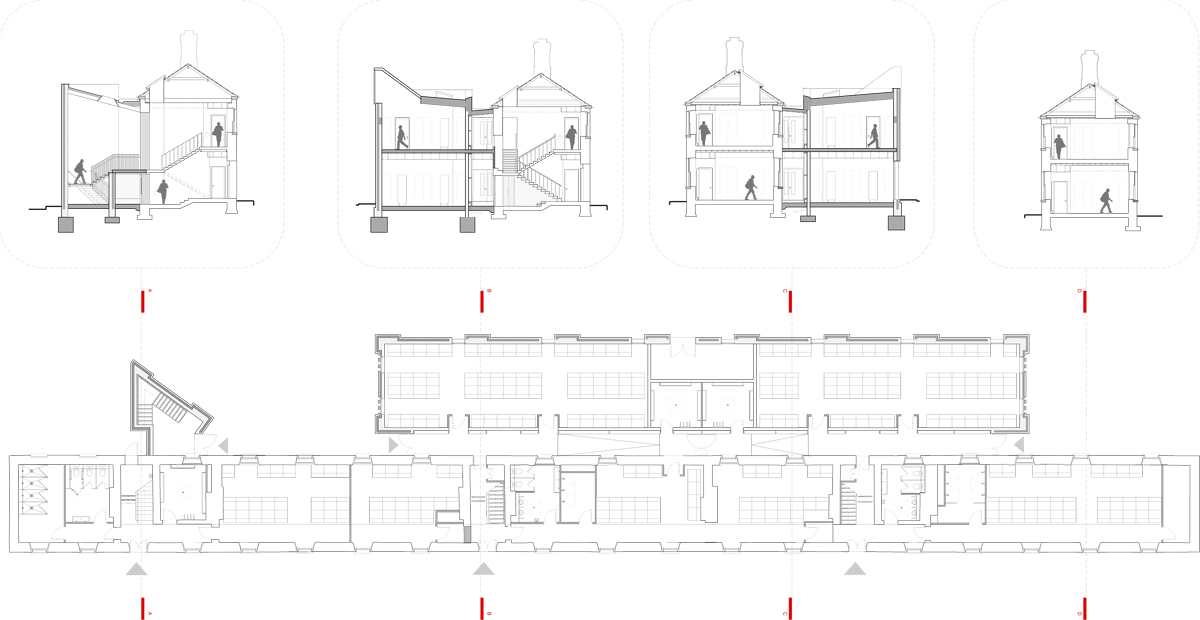