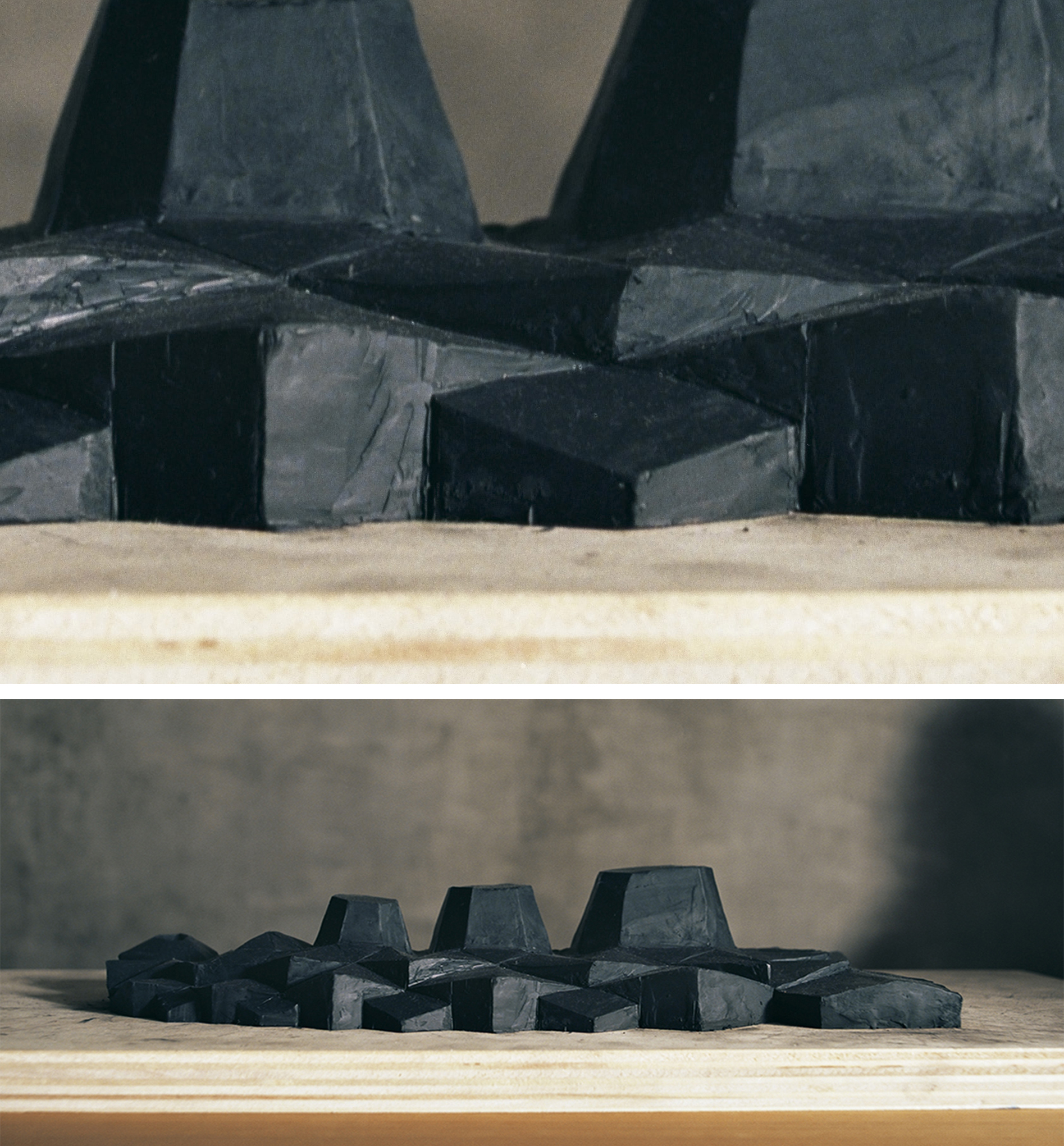 Helsinki is a lively contemporary metropolis, though the urban character is sober and calm.
The historical city is a rather homogeneous being, where building heights mostly vary between 5 and 6 floors and streets are wide.
The location for the new Guggenheim is in the South Harbour, Eteläsatama, where boats and ferries arrive and depart for the Baltic sea.
The waterfront, walking among wild cranberries, herrings, bicycles and boats is a daily familiar scene.

The building acts as landmark in the cityscape of roof slopes, bell towers and domes.
The building is developed on one floor, in a continuity with the stone quay.
The entrance guides visitors naturally towards a long nave with niches, just as in cathedrals’ iconography where a plurality of scales composes a scenography of grandeur and intimacy.
The building offers a multiplicity of spaces and routes: a long nave, niches facing secret gardens, an enfilade of domed halls, a low sober gallery and a chain of rooms towards the harbour.

The domed winter garden is at its core: a dream of the South in the daily.
The individual spaces are simple, but they have a complex spatial relationship between them and within the context.
The building articulation responds to the context
The construction translates the articulated plan geometric spaces three dimensionally as an outspoken montage of large laminated timber panels.
The arrangement of the wood construction allows a balanced coordination of structural spans as well as an efficient organization of technical spaces, offering flexibility in use and interpretation of the spaces.

The building is an architectural complex and it is a building.
The existing buildings are made out of bricks, stones and mortar, with many tones of silvery grey and pale gold and azure.
The new Guggenheim is finished with a treated zinc mantel, which tones in with the colours of the context but preserves a more abstract character reducing the ornamental details. 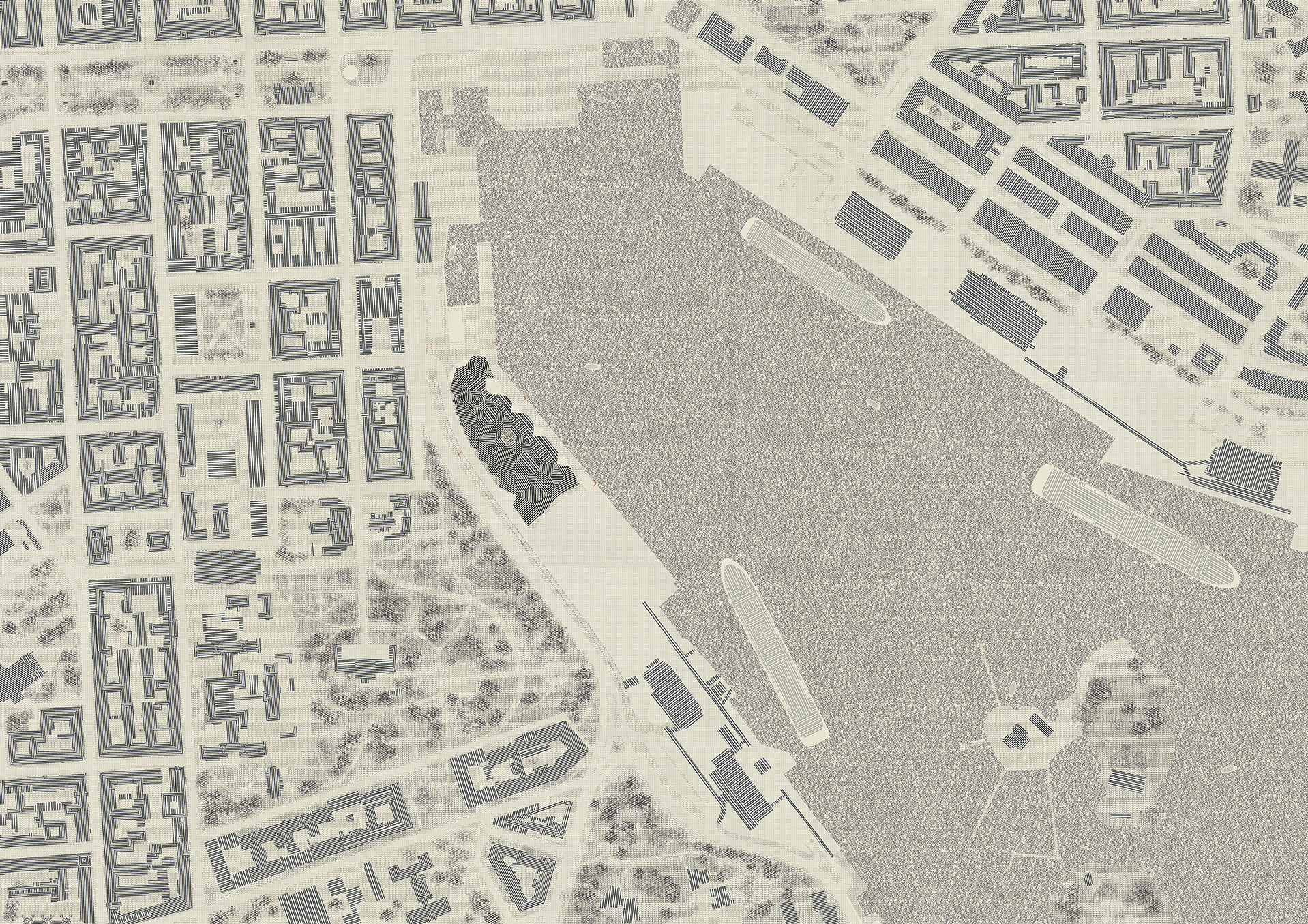 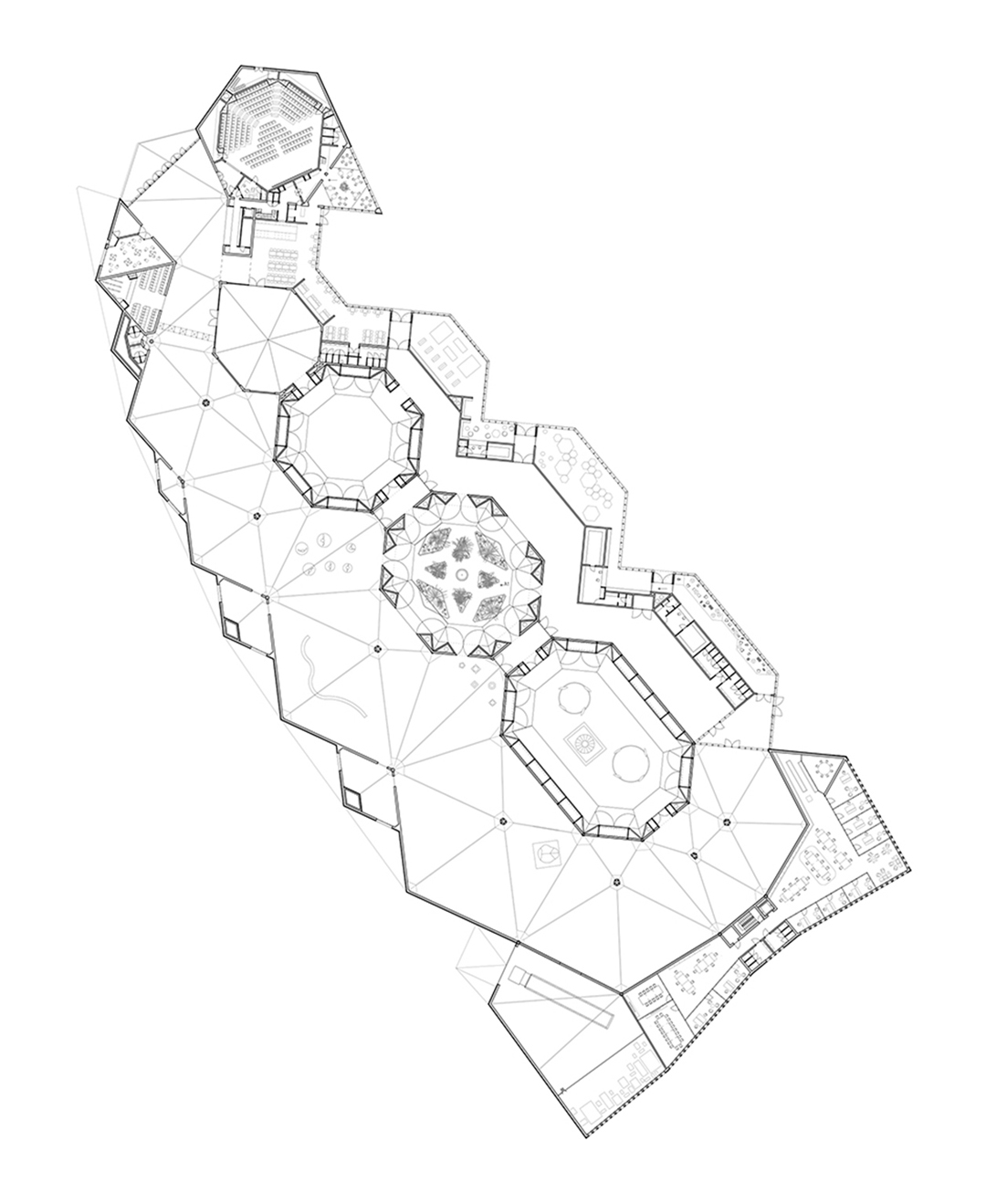 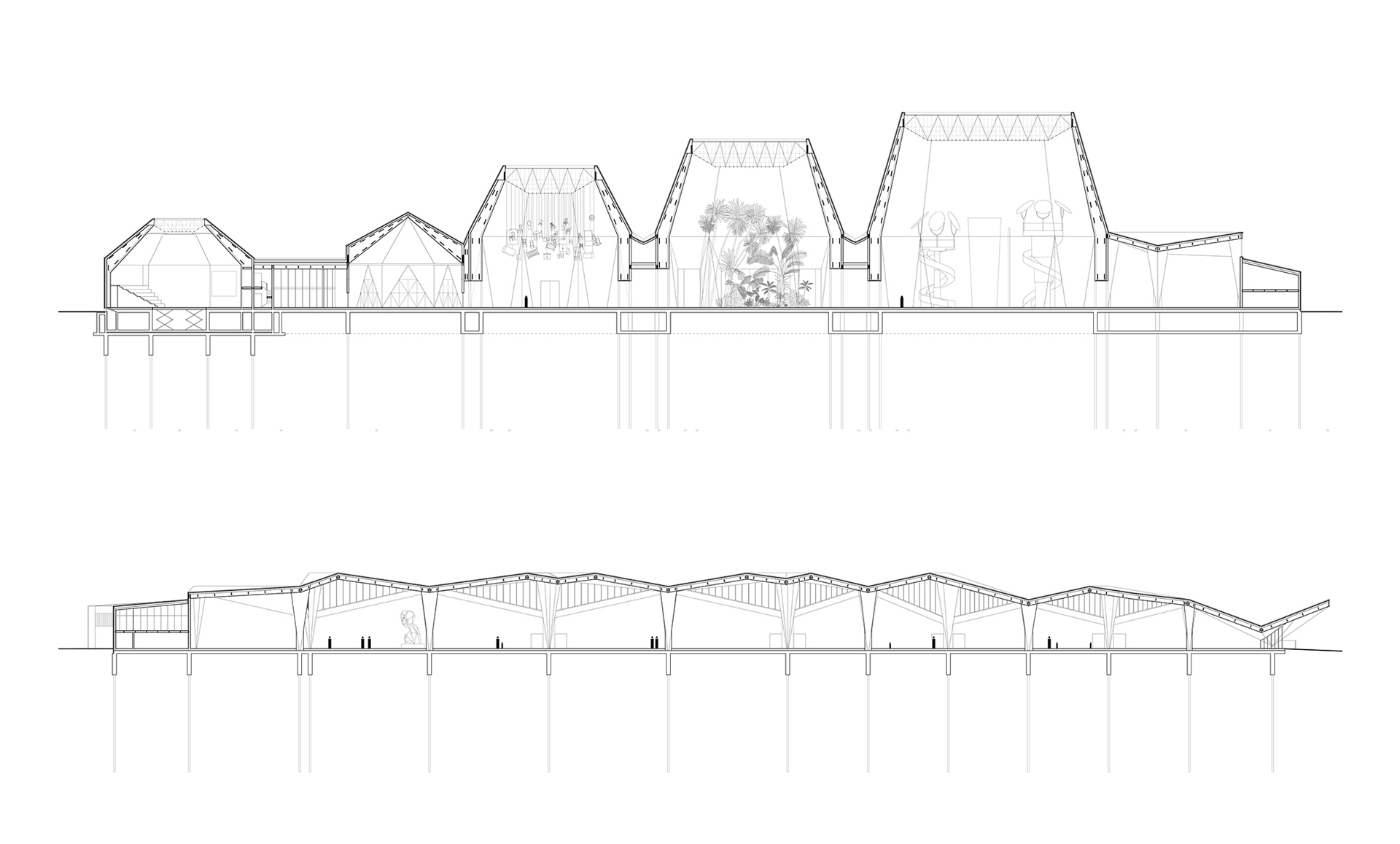 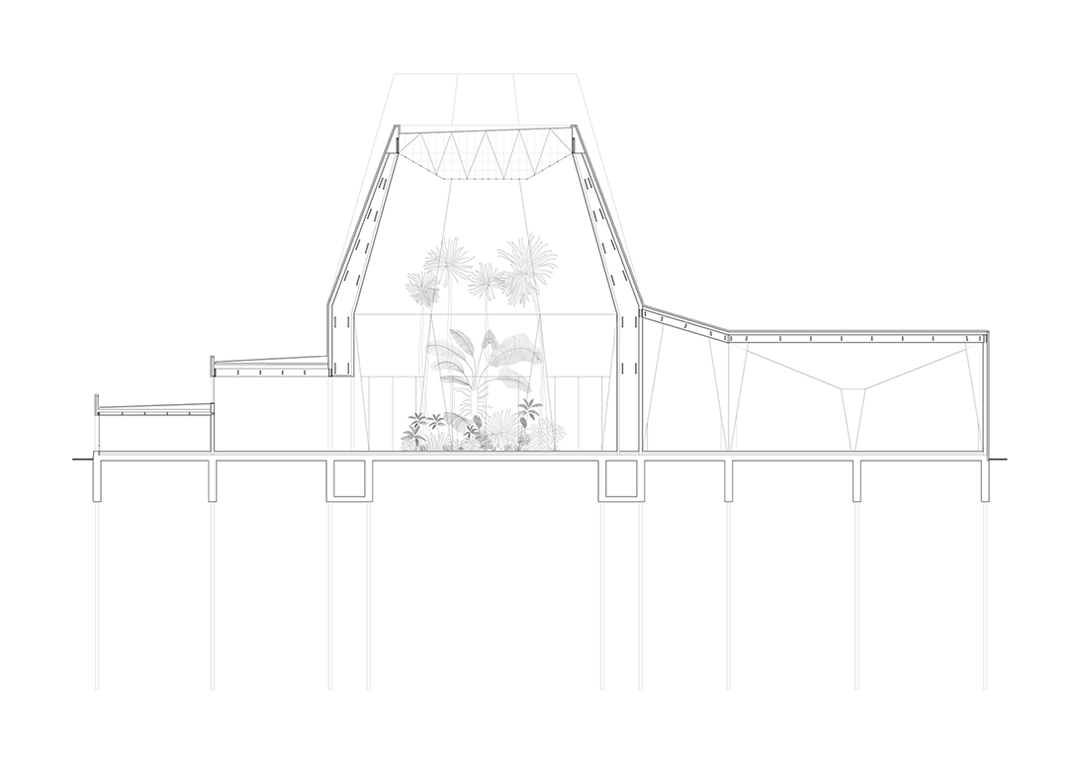 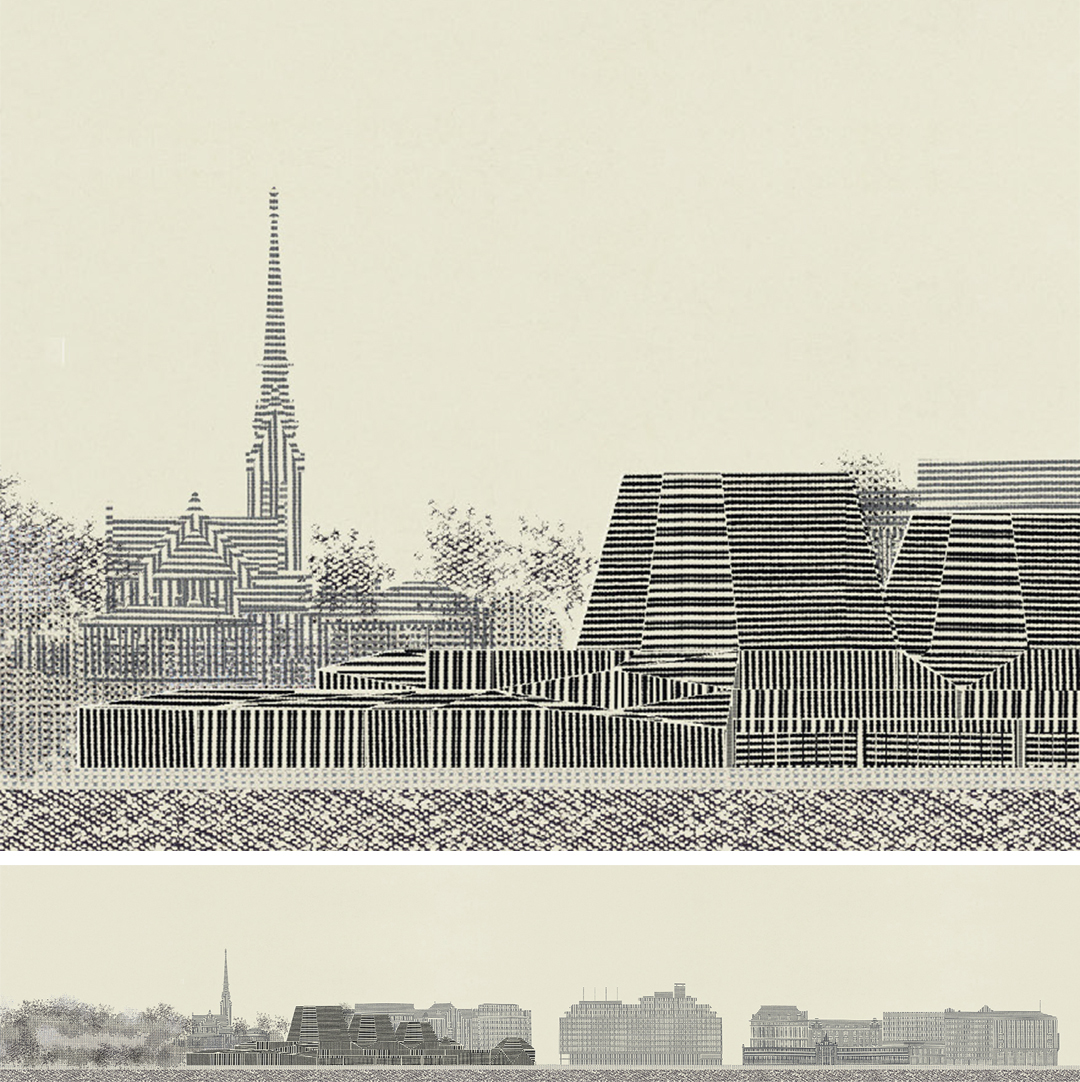 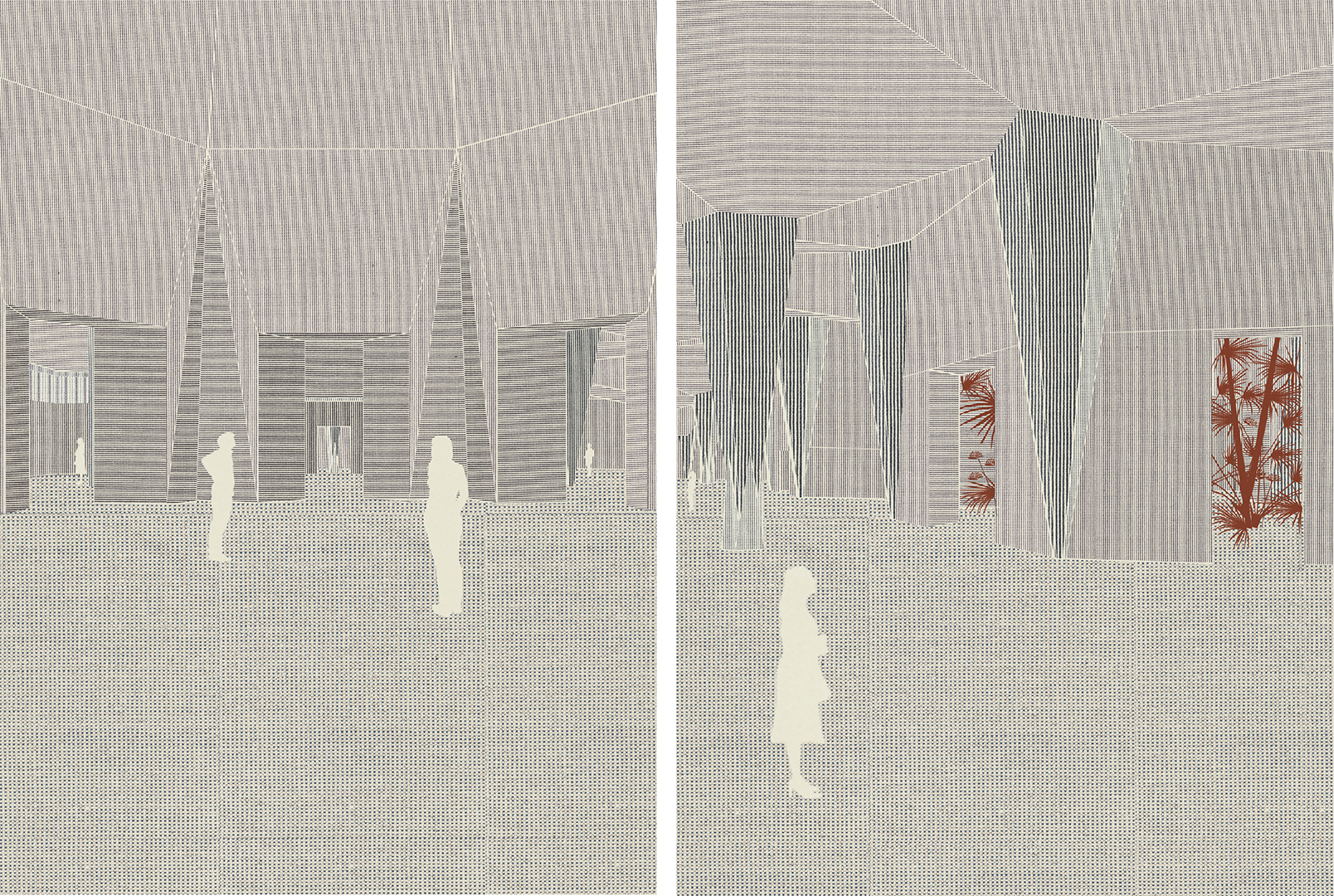 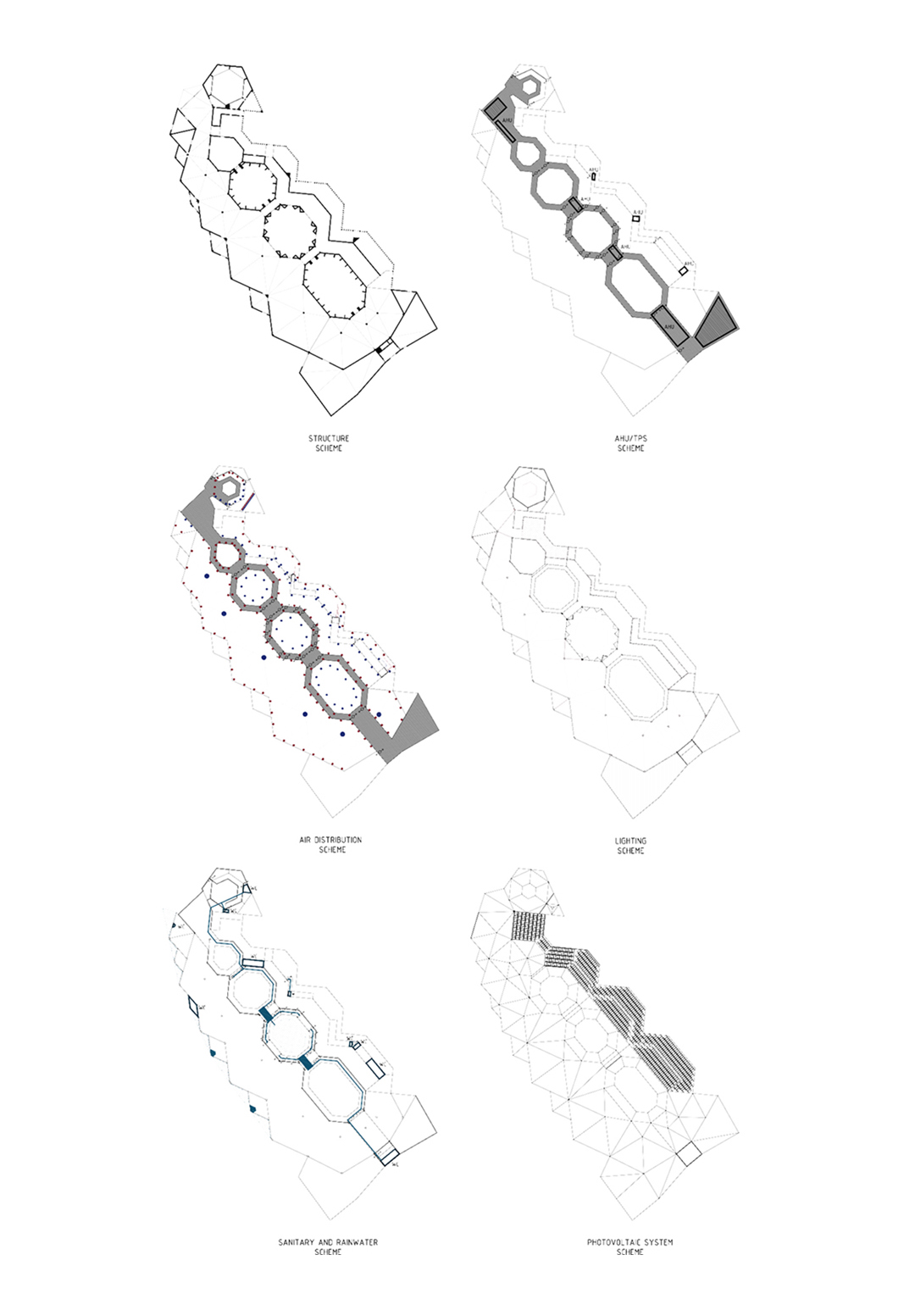 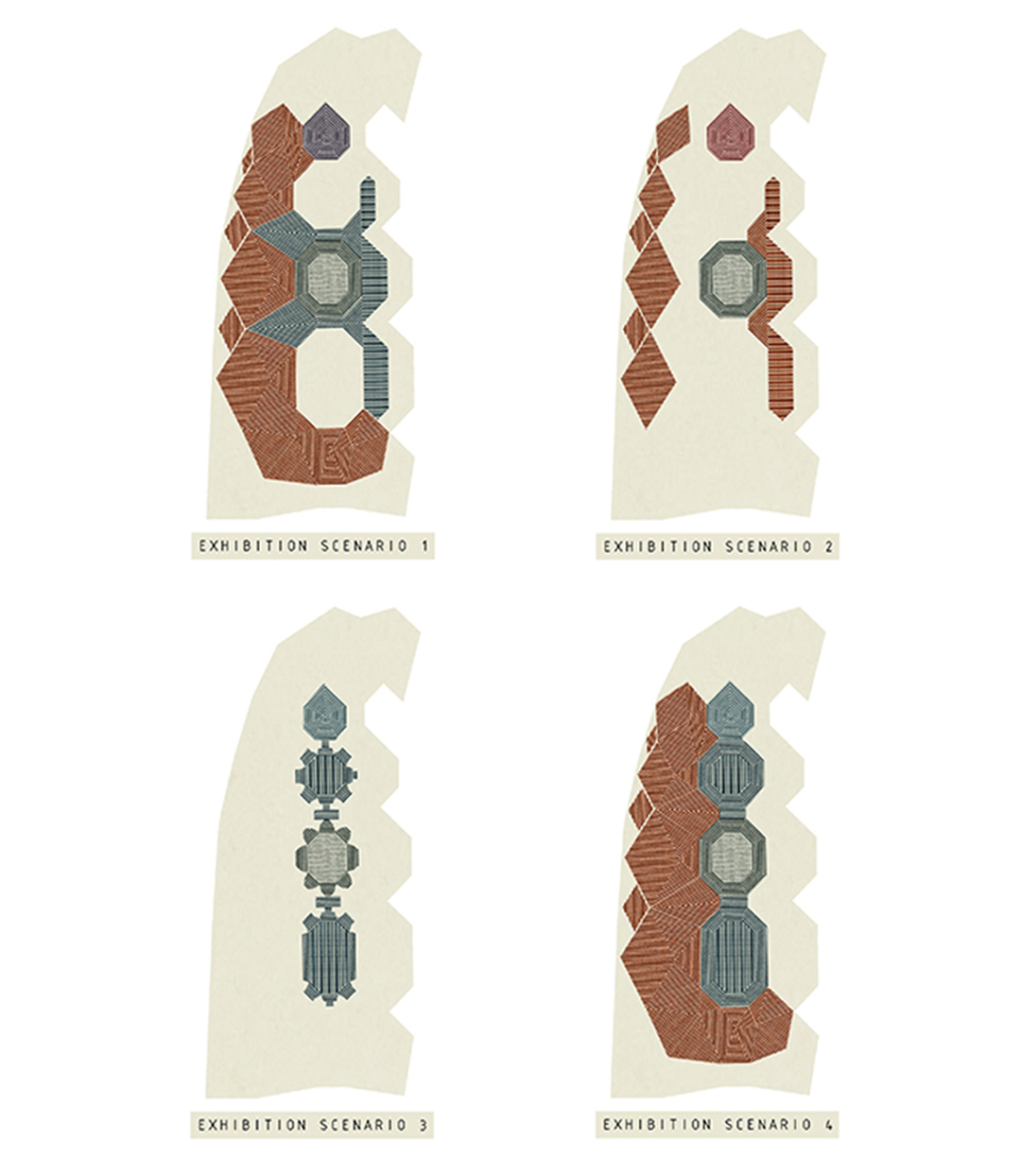