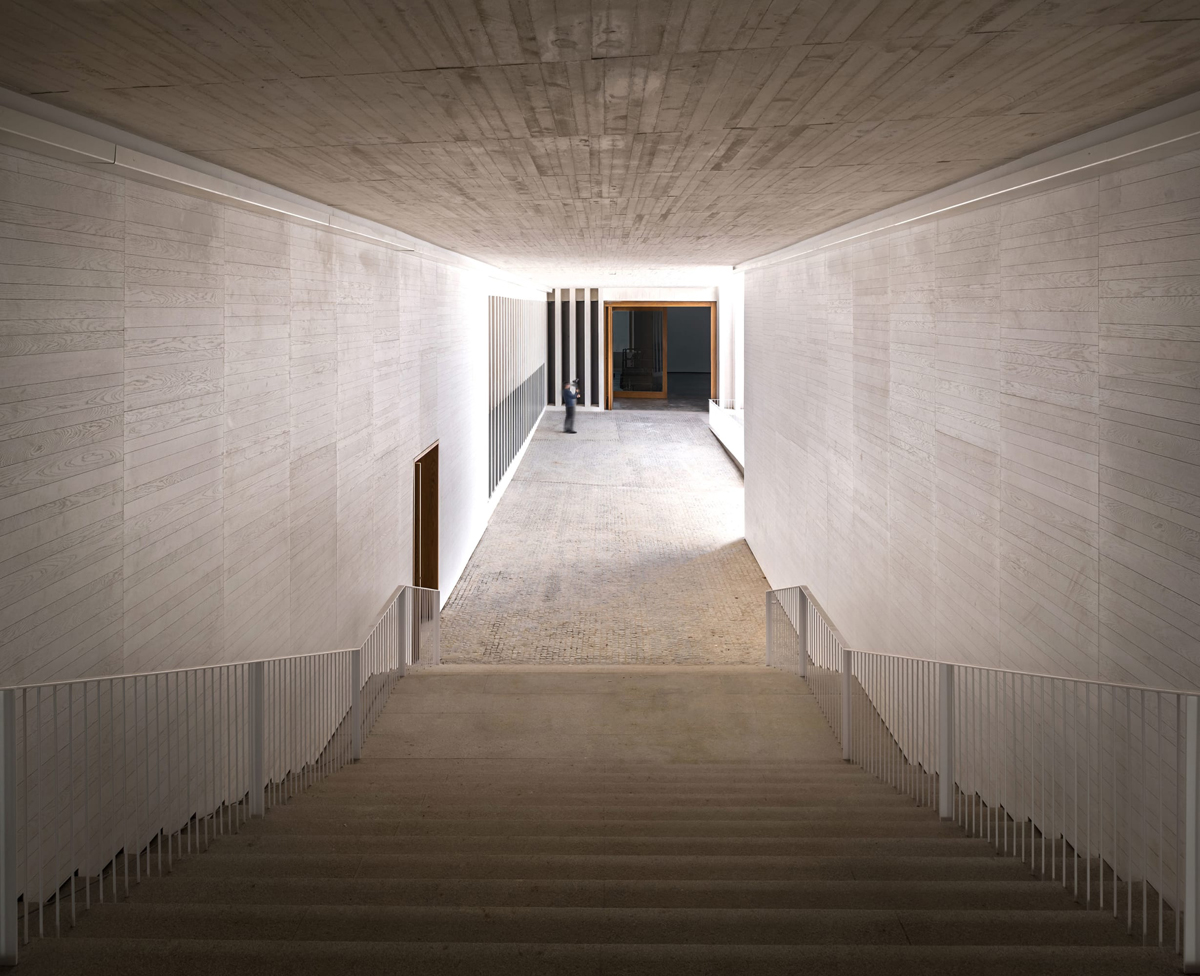 The project for the headquarters of the Helga de Alvear Foundation in Cáceres was carried out in two stages: the rehabilitation of the Casa Grande and the extension of the building occupying its former backyard garden, and the construction of a new building in the attached plot. The project is aware of its location, and wishes to respect the long-established manner in which the city functions, without compromising a new and contemporary understanding of it. Therefore, it is based on a strategy where the new and the recognizable can coexist; a new set of rules dictated by the given circumstances.

The newly acquired plot conforms a frontier for the city, both historically, as it is located in the old town’s medieval border, and geographically, for it is a natural border of a valley. The proposal brings back the plot’s original trait of a transit piece of land where exchange between the inside and outside of the city’s wall occurred, becoming again a permeable urban space. A public promenade unfolds throughout the project, connecting the main entrance to the Foundation, travelling through its crossable roof and down its backyard garden, to the other side of the plot; creating yet another passageway for the city and joining in the existing chain of public squares and promenades that characterize the old town of Cáceres.

Just like art, which in the past was a privilege and restricted for only a few, has now been made accessible to all, the proposal embodies the idea of creating an urban “trompe l’oeil”, where the remaining limits and borders are twisted and diluted, so as to create an accessible public artery that crosses the sphere of the private
The proposed building aims to become a versatile cultural attraction, with a distinct and balanced image for itself. It is made of white reinforced concrete pillars, which establishes an accurate dialogue with the Casa Grande. Moreover, with the construction of this new building, the Casa Grande will now host the administration spaces for the Foundation, the temporary exhibition hall, the library and the workshops, with its own entry access from the inner courtyard. 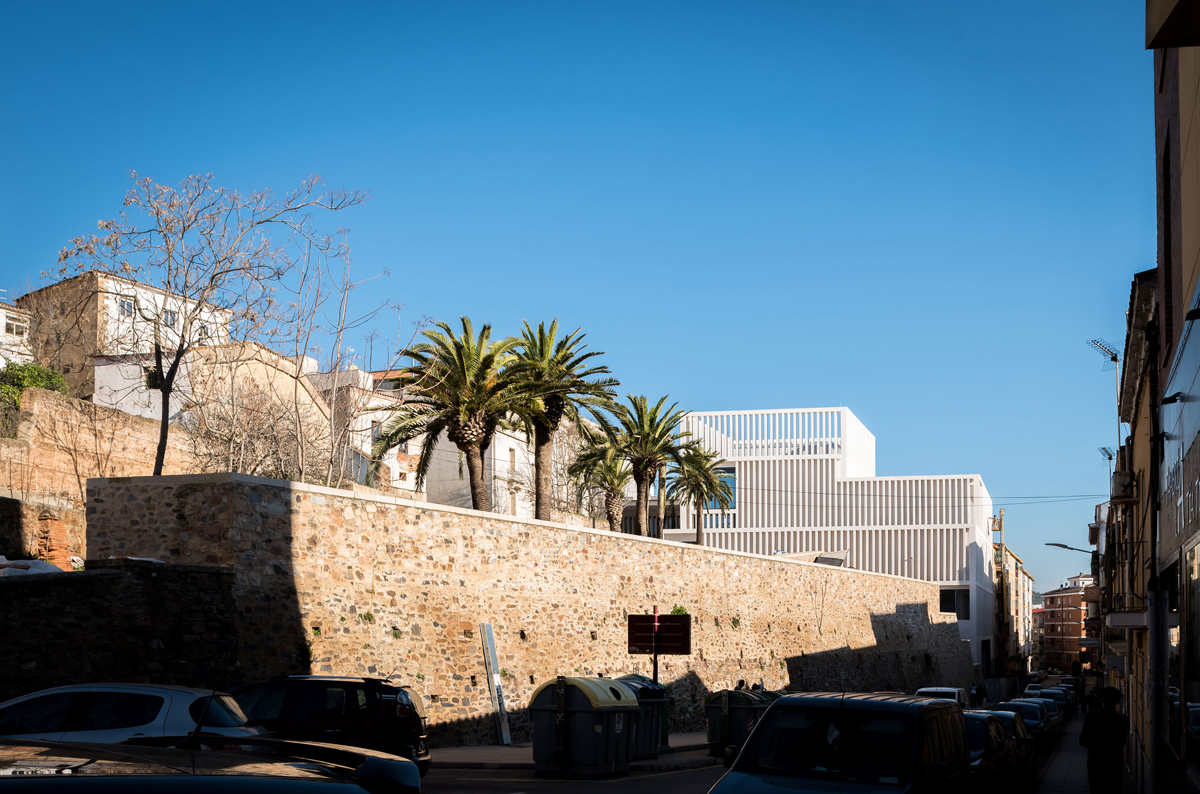 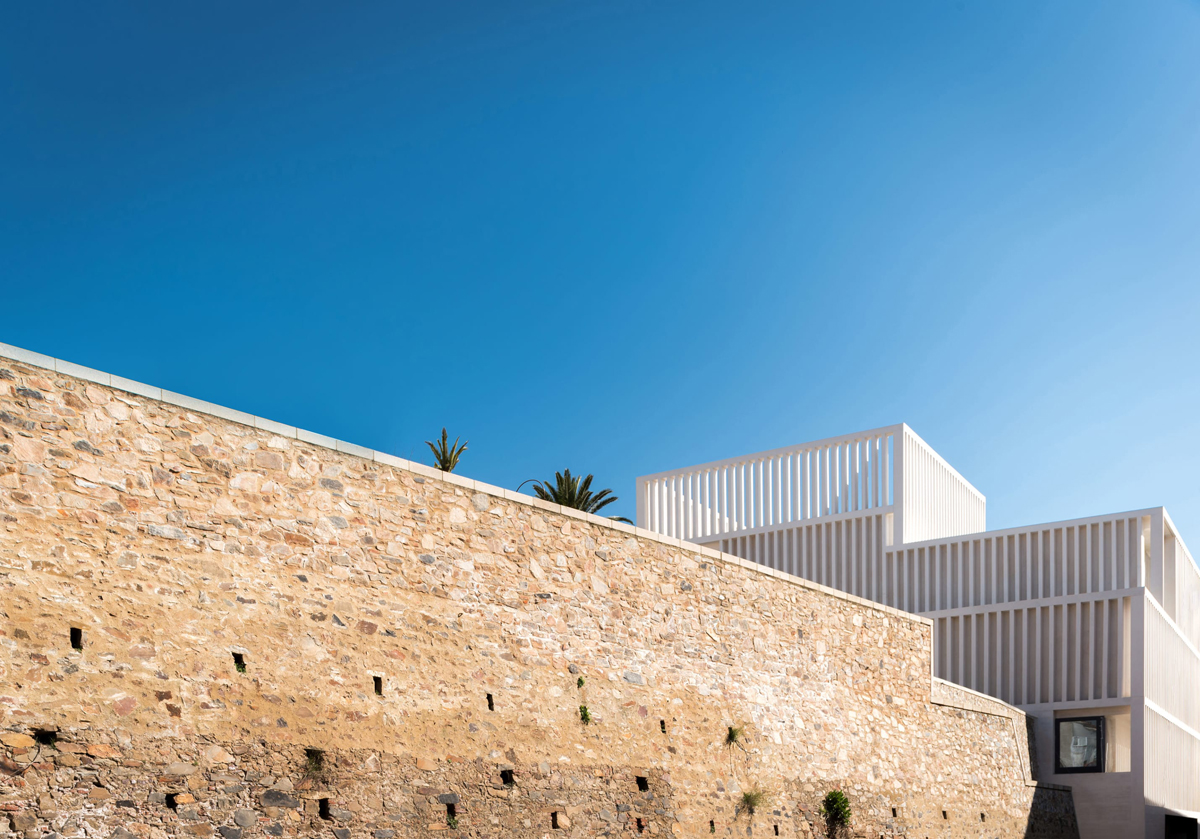 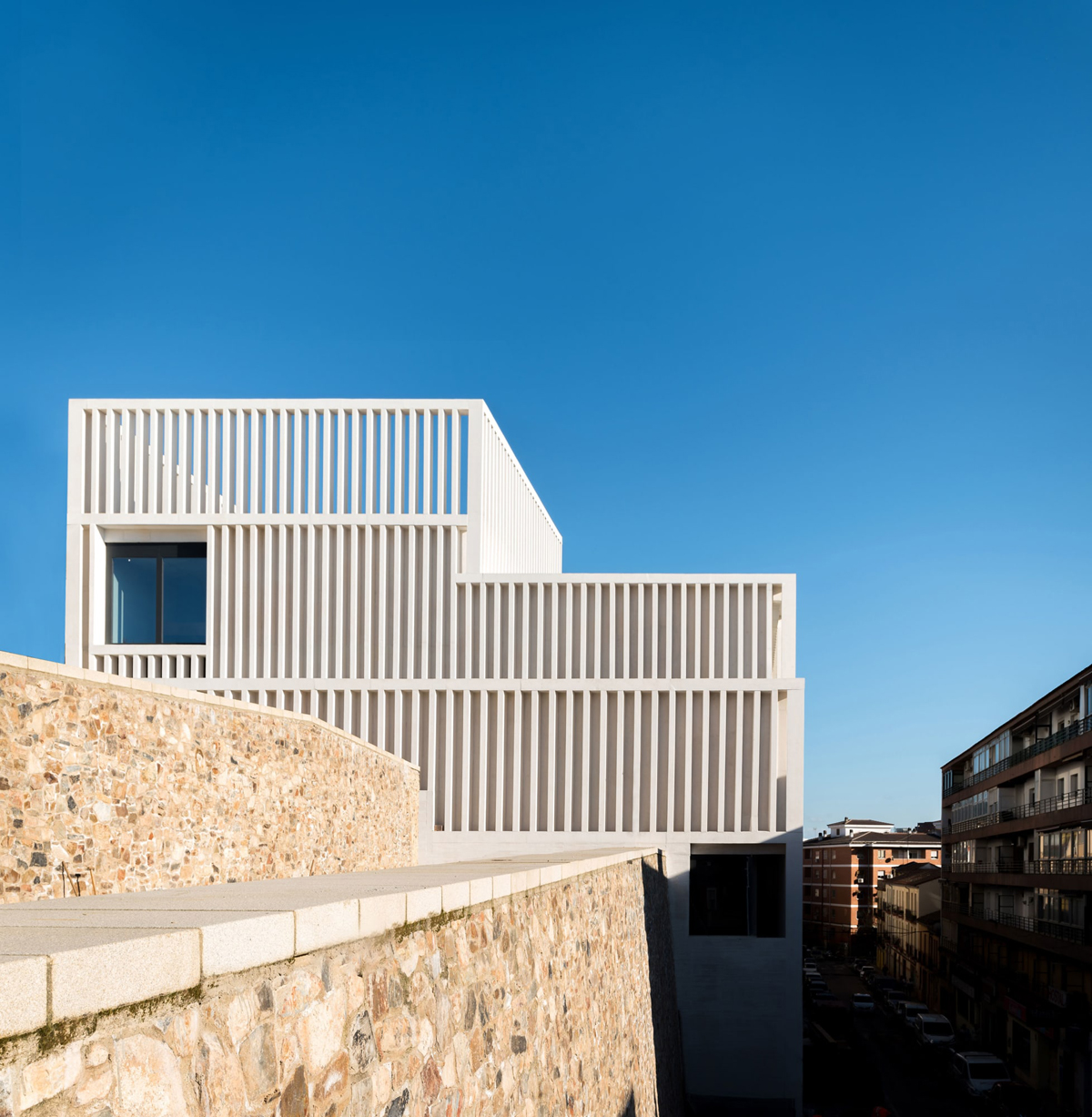 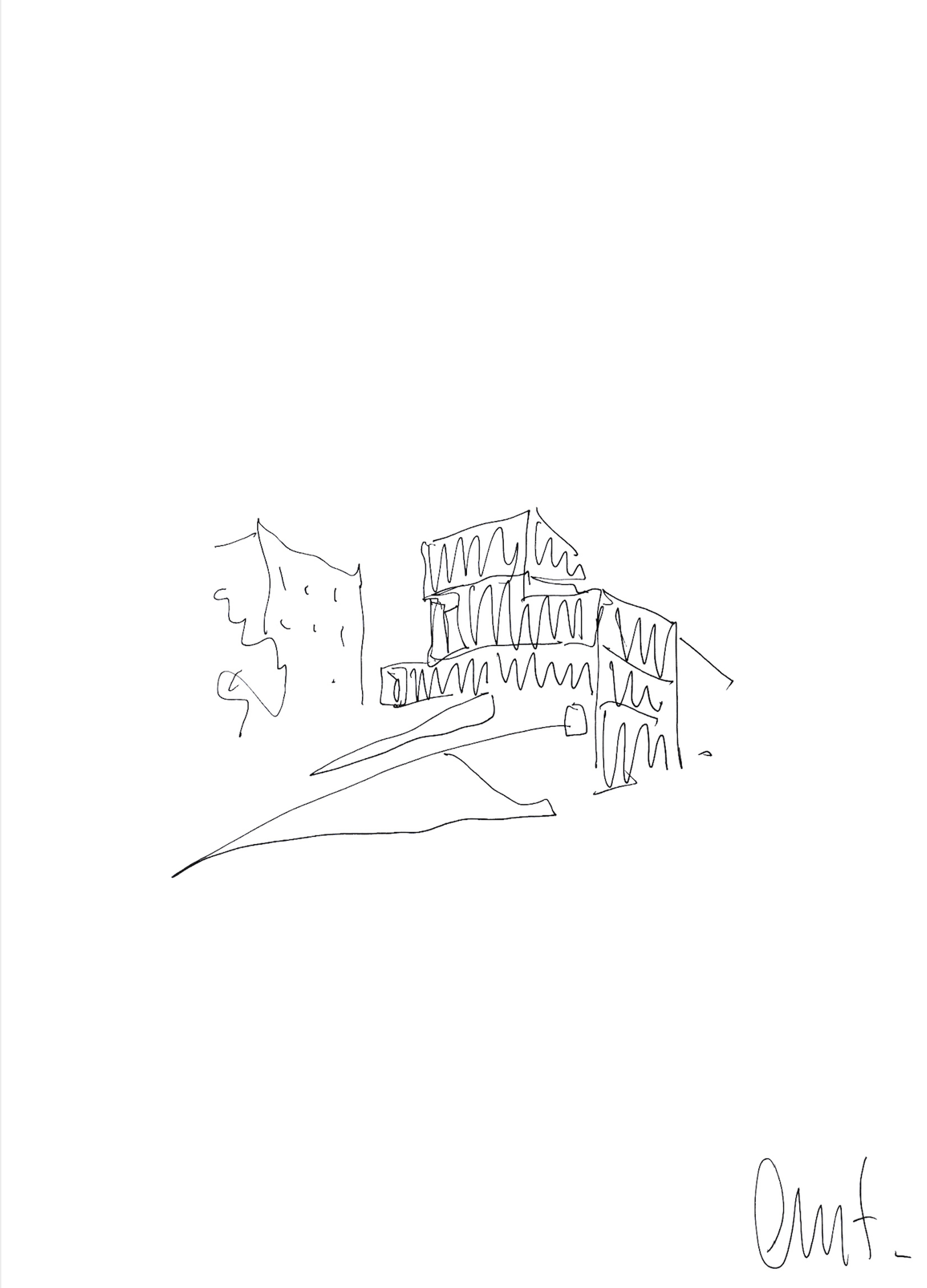 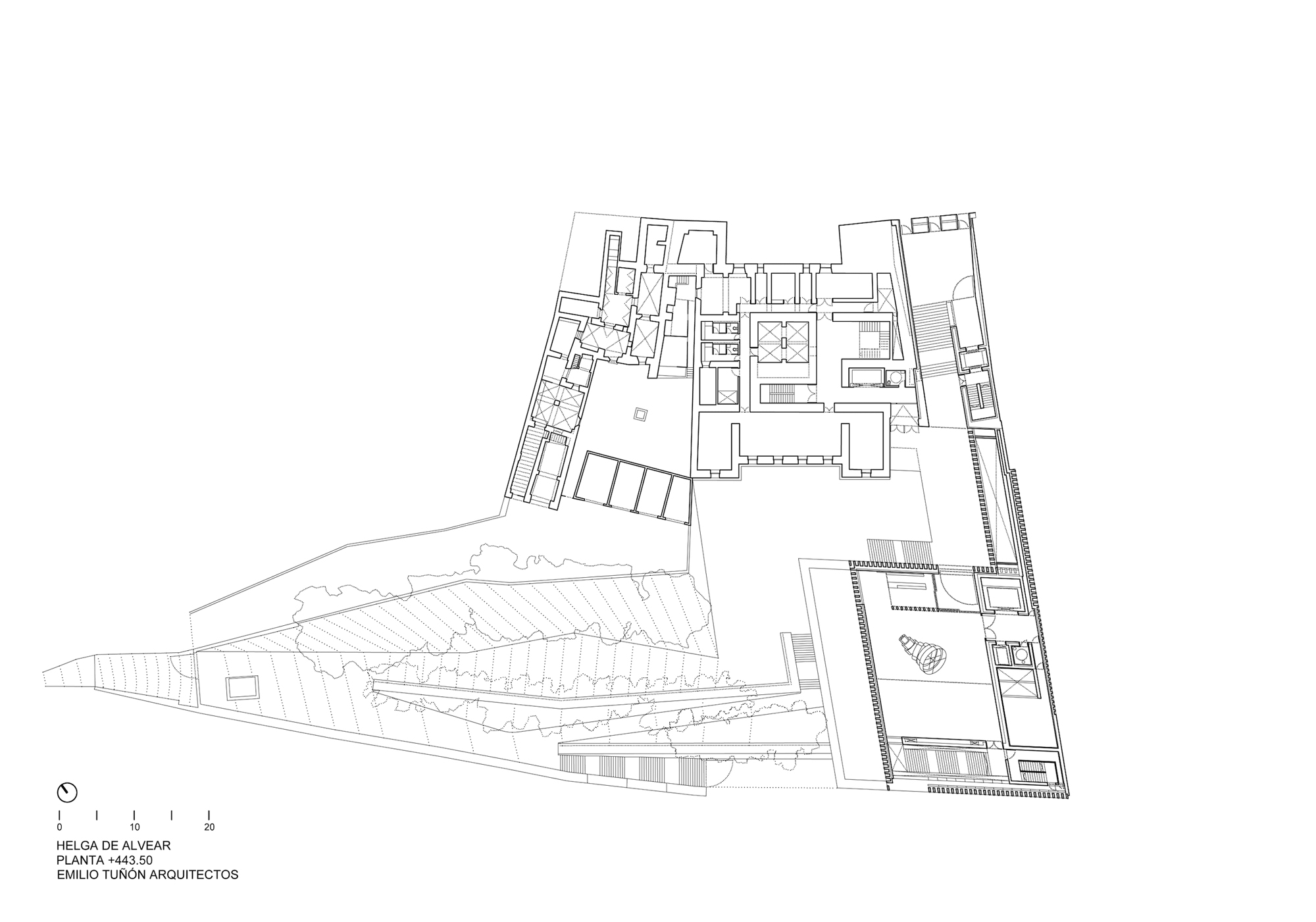 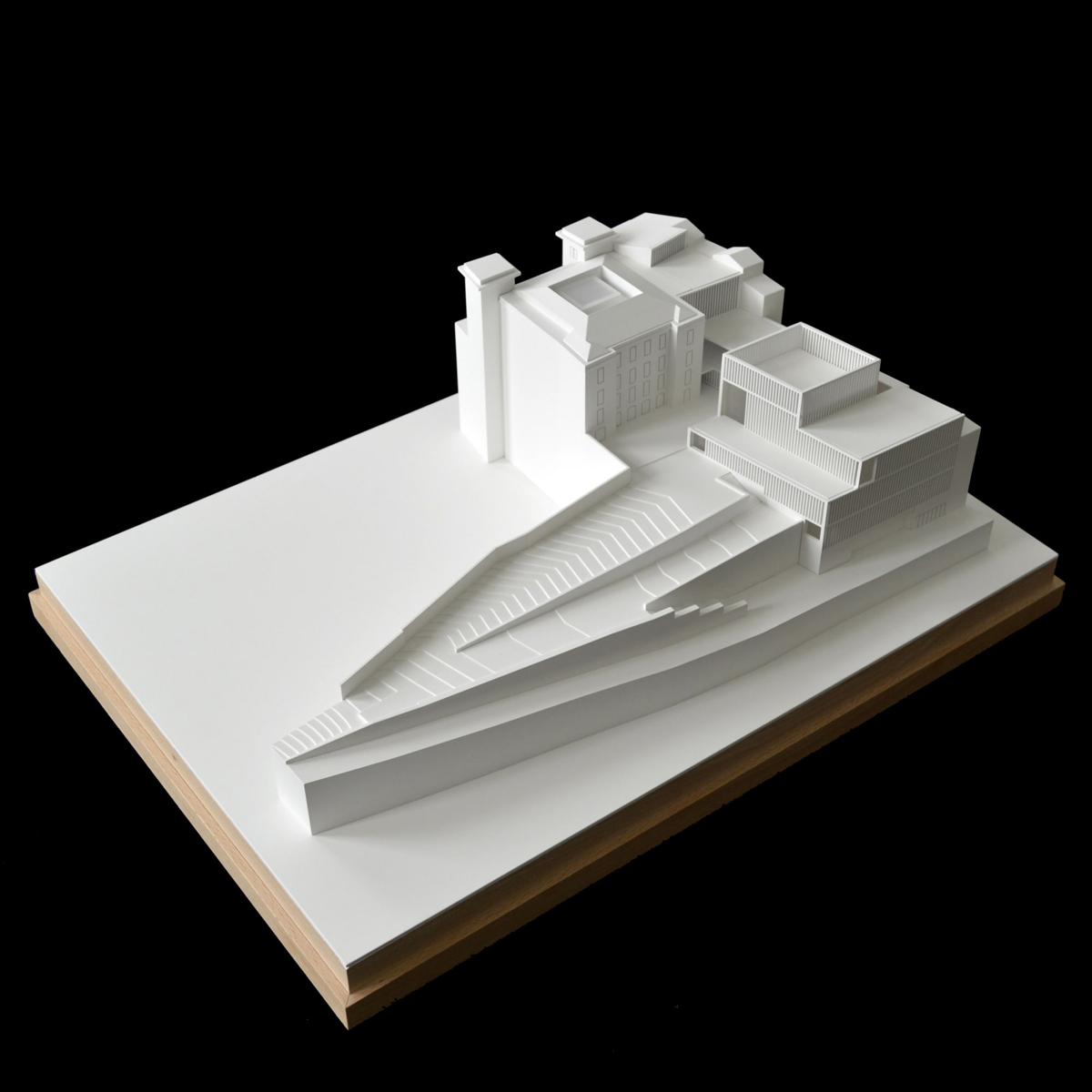 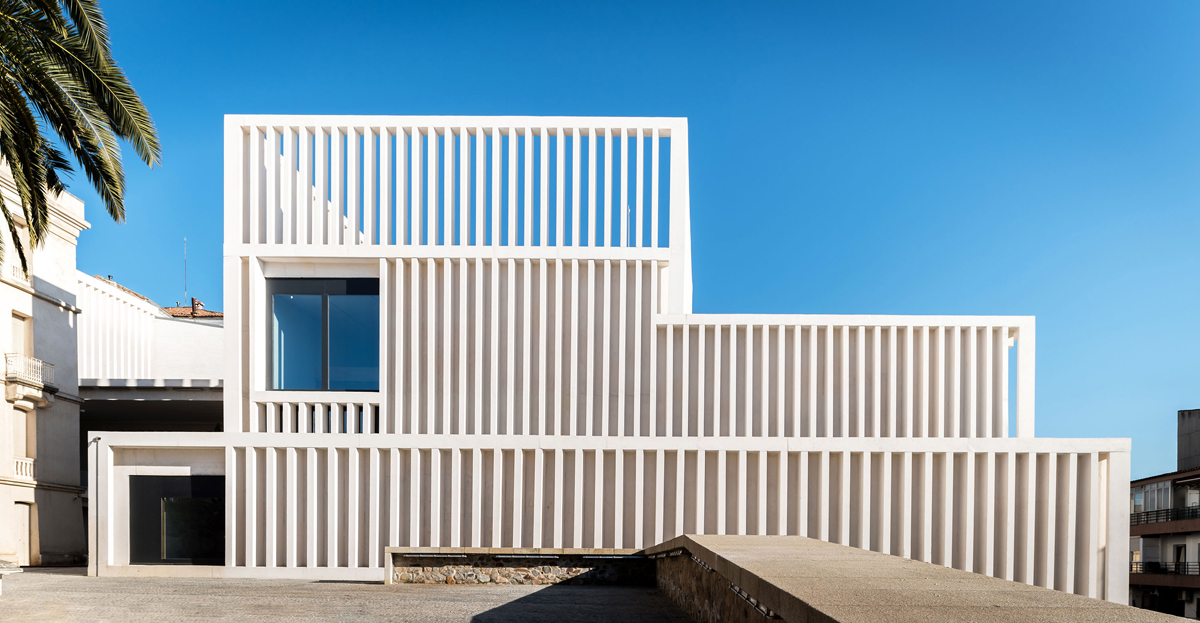 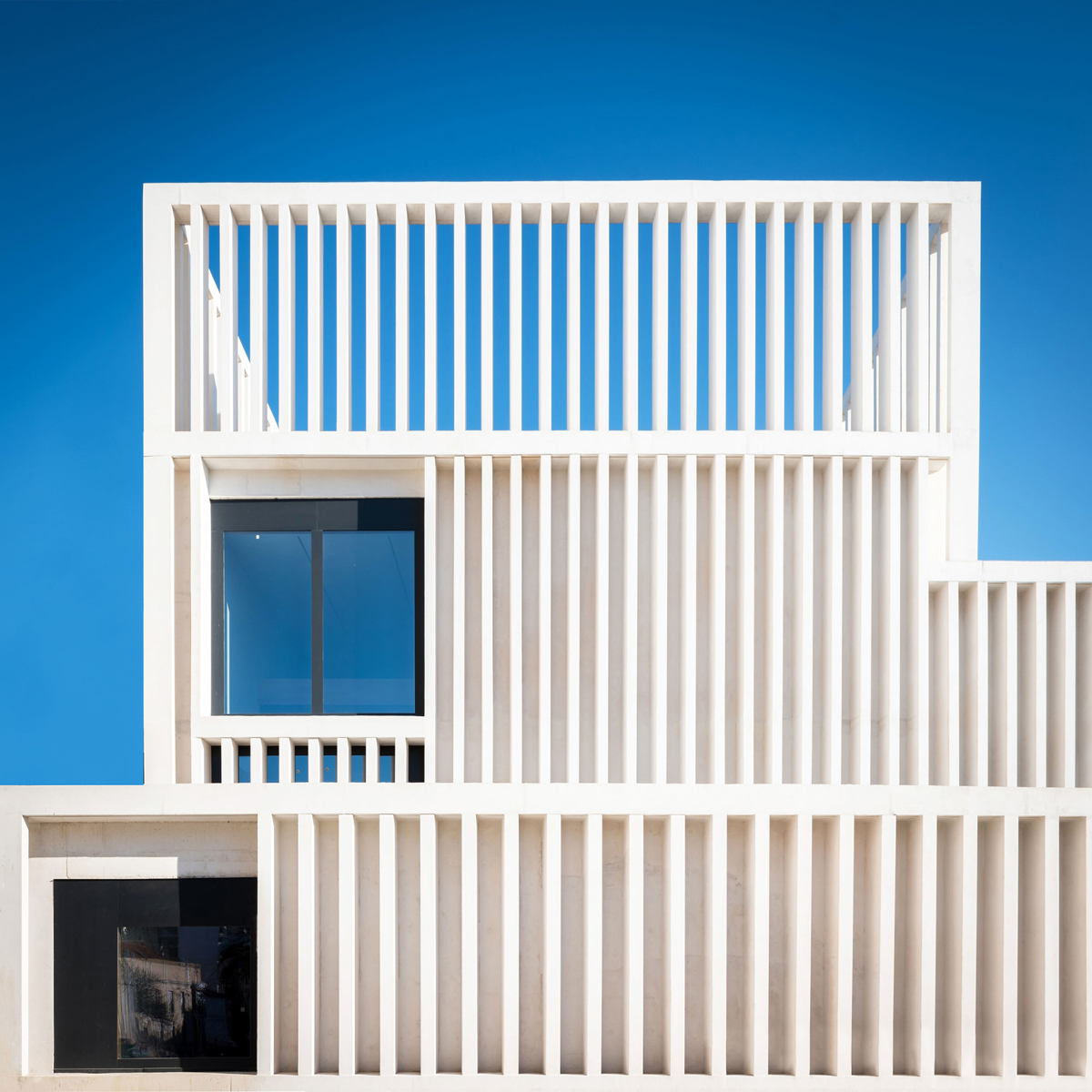 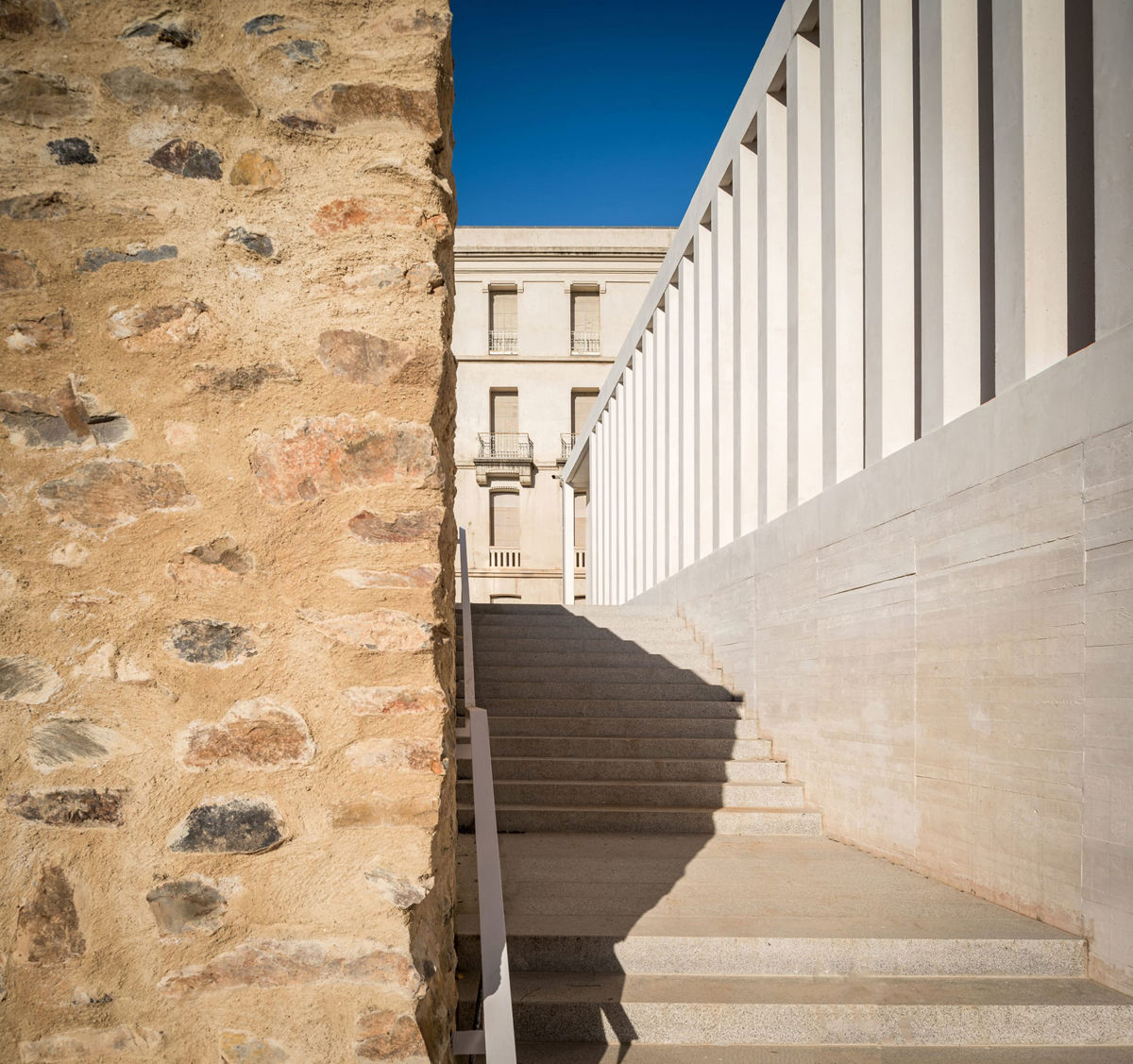 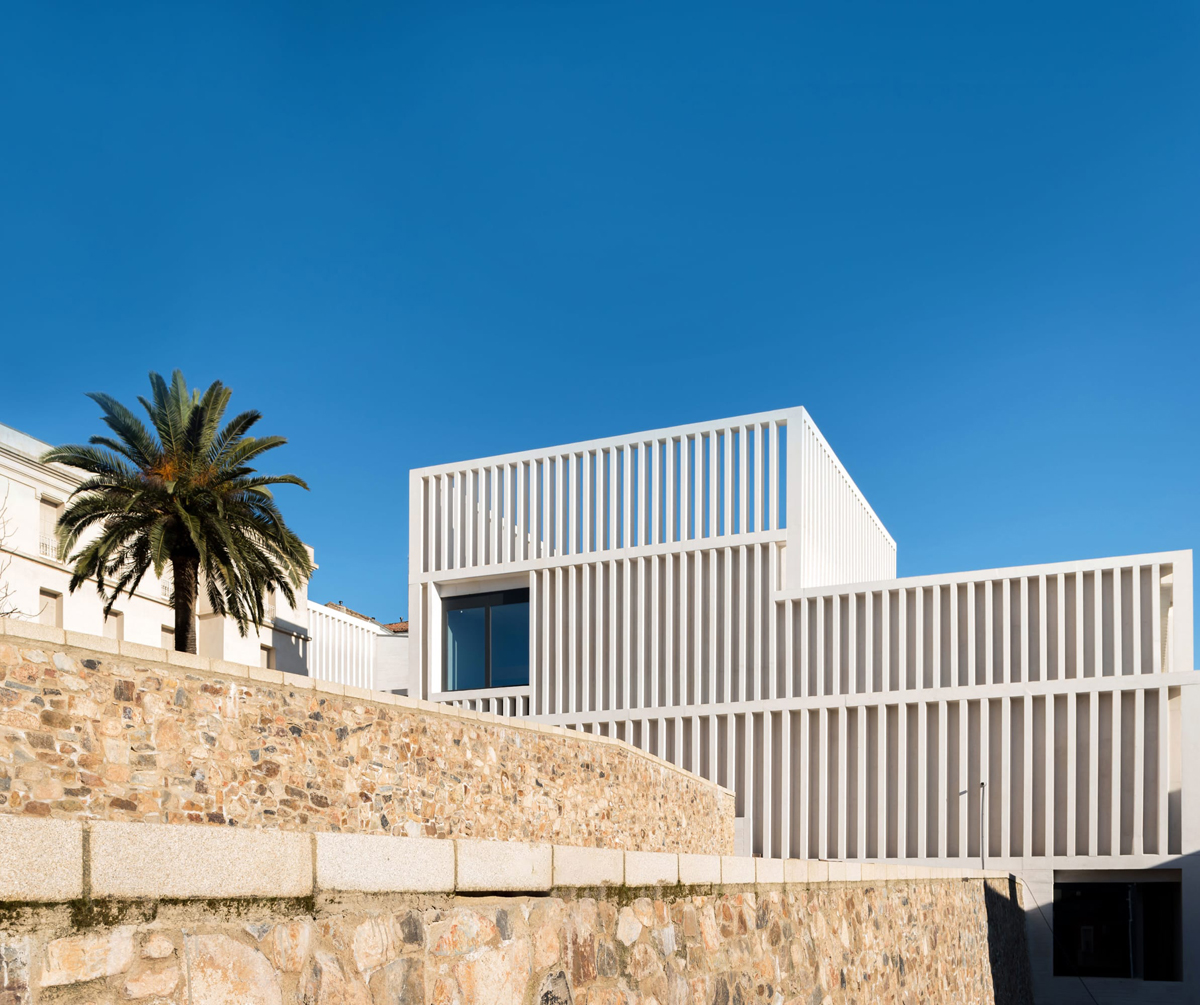 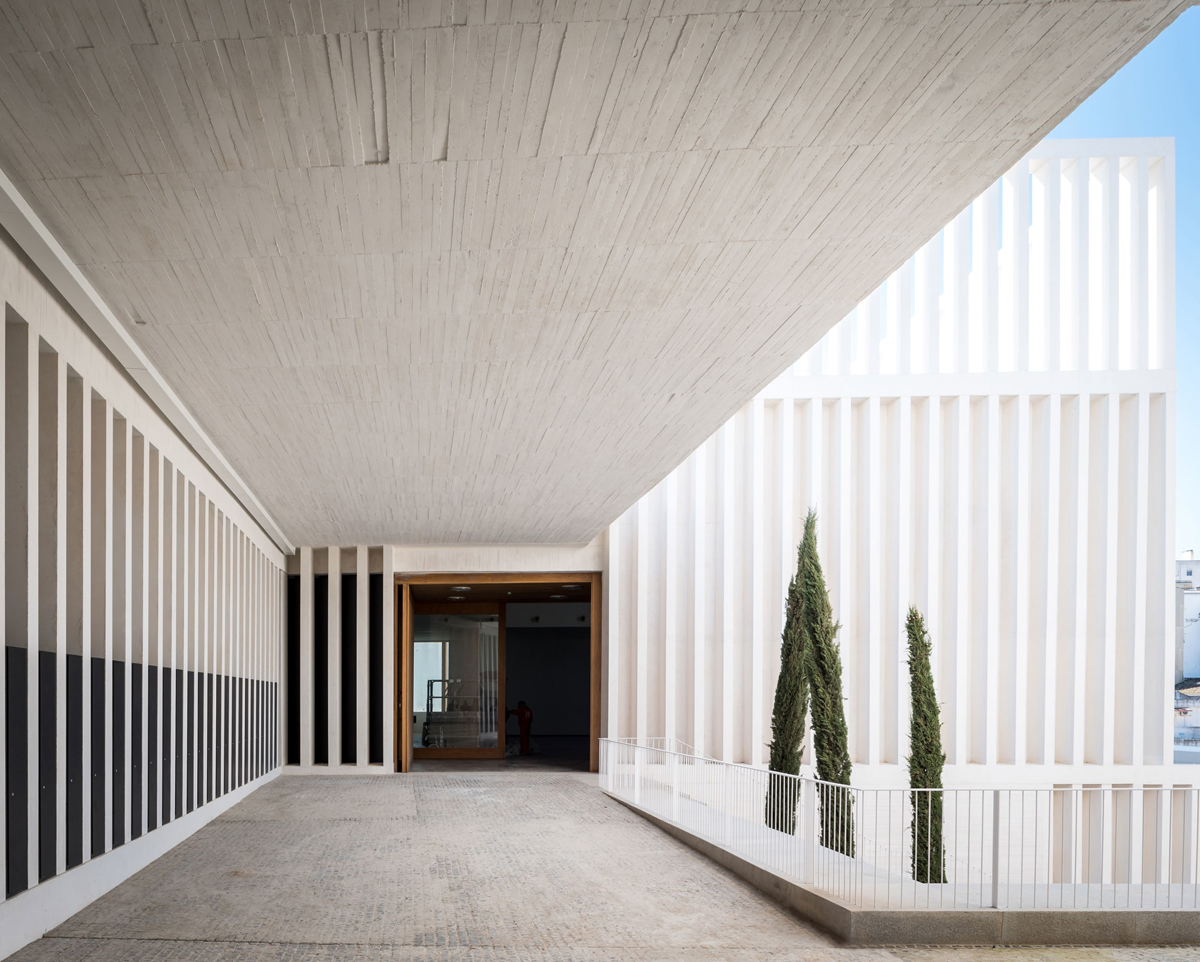 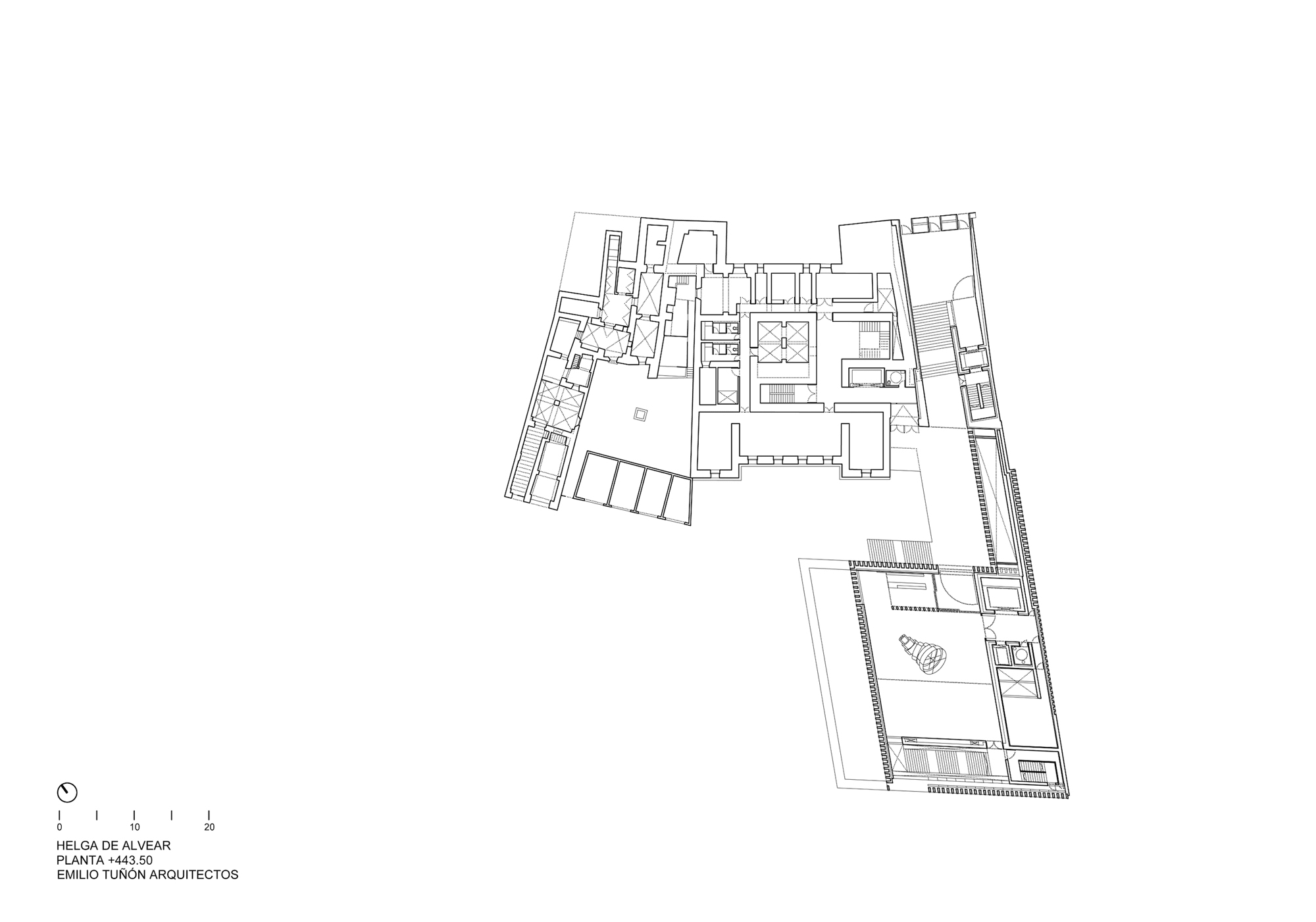 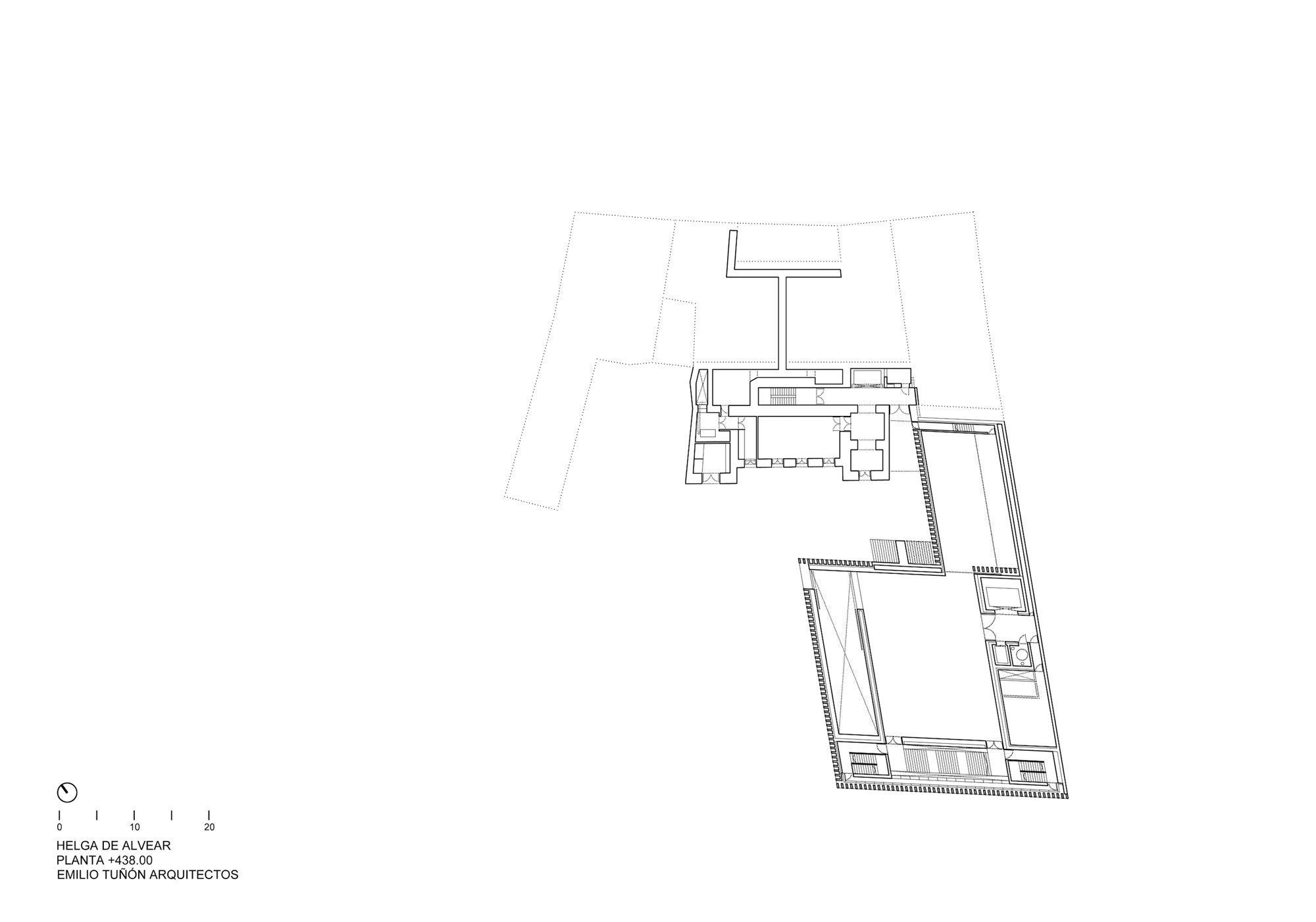 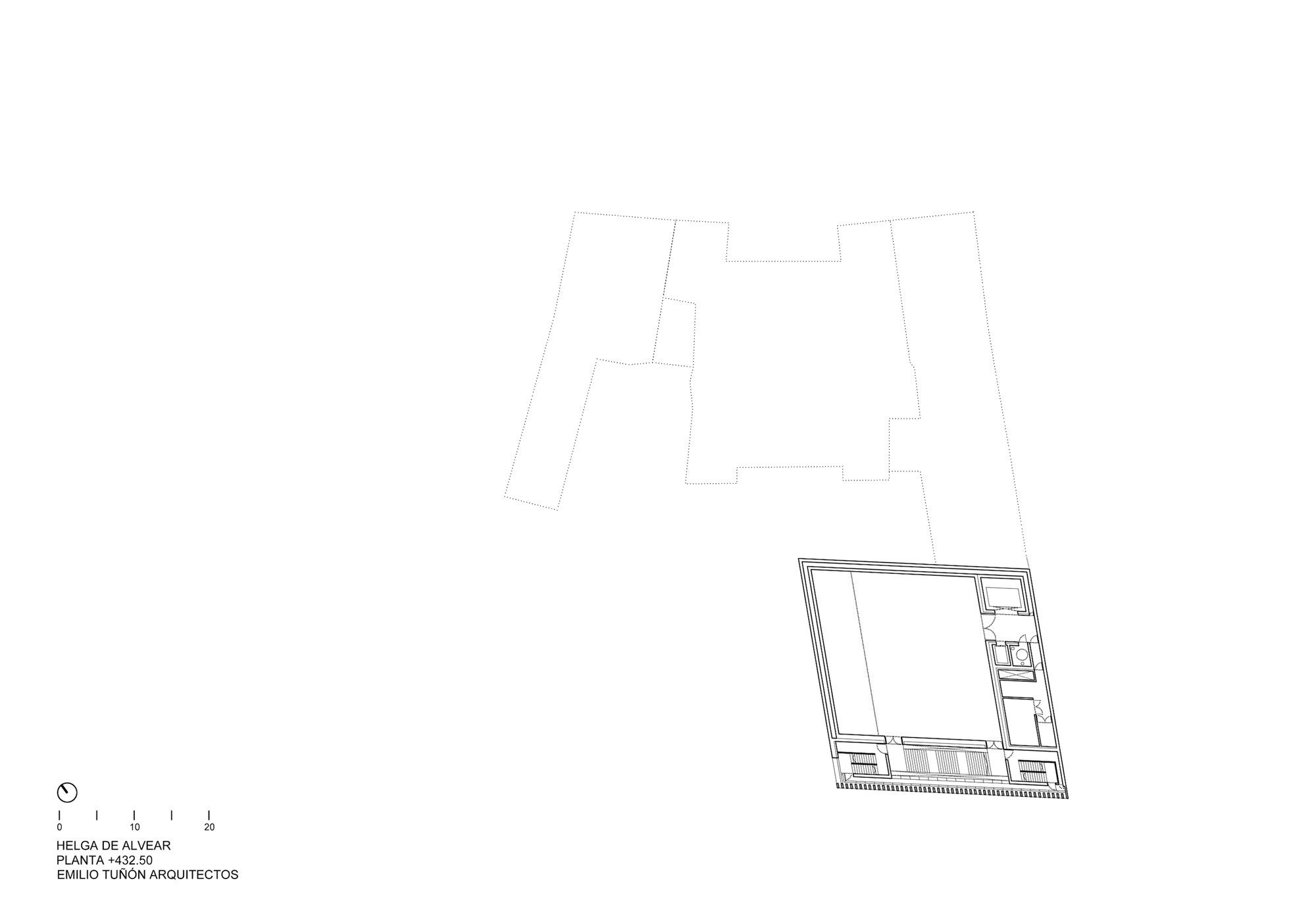 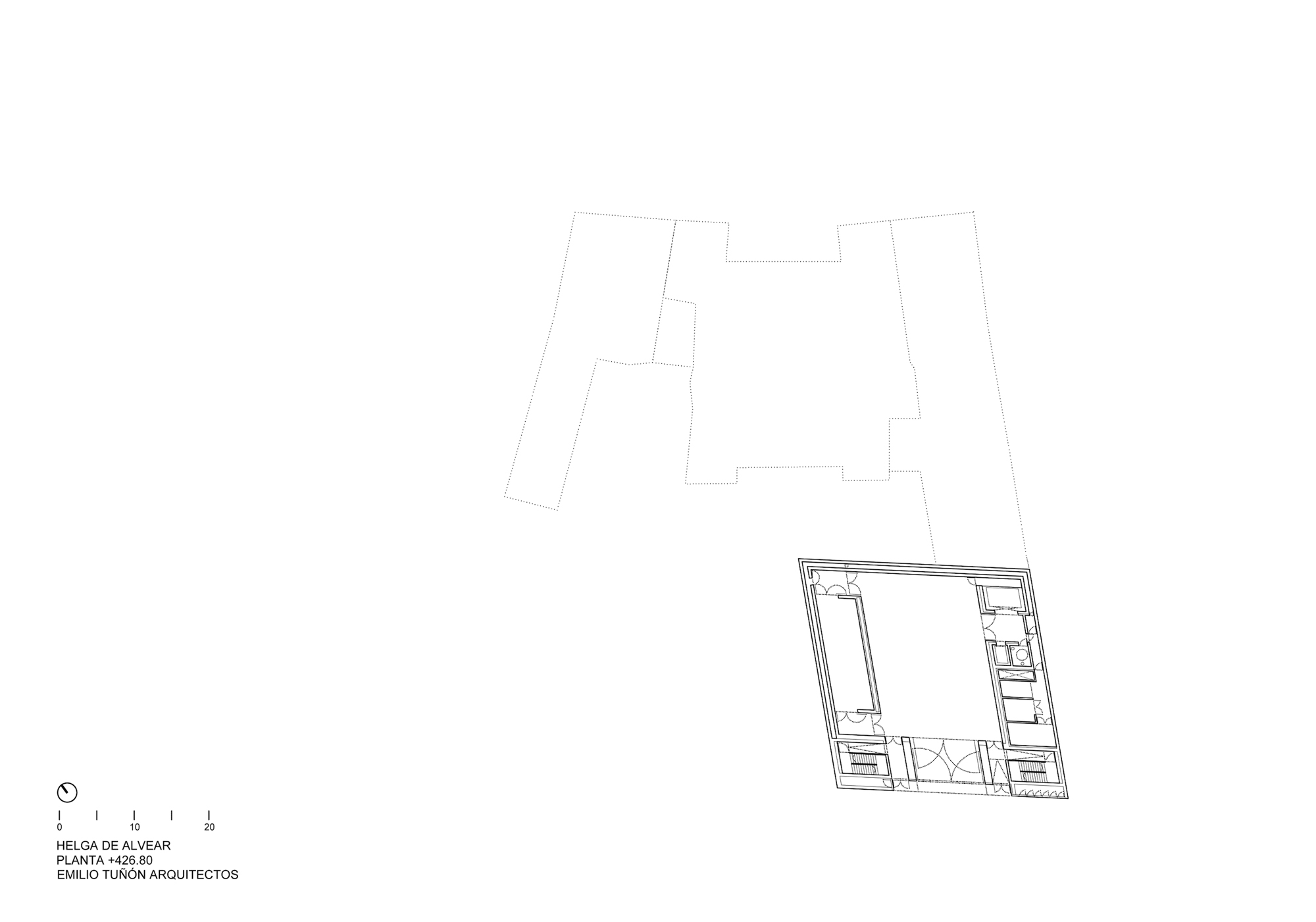 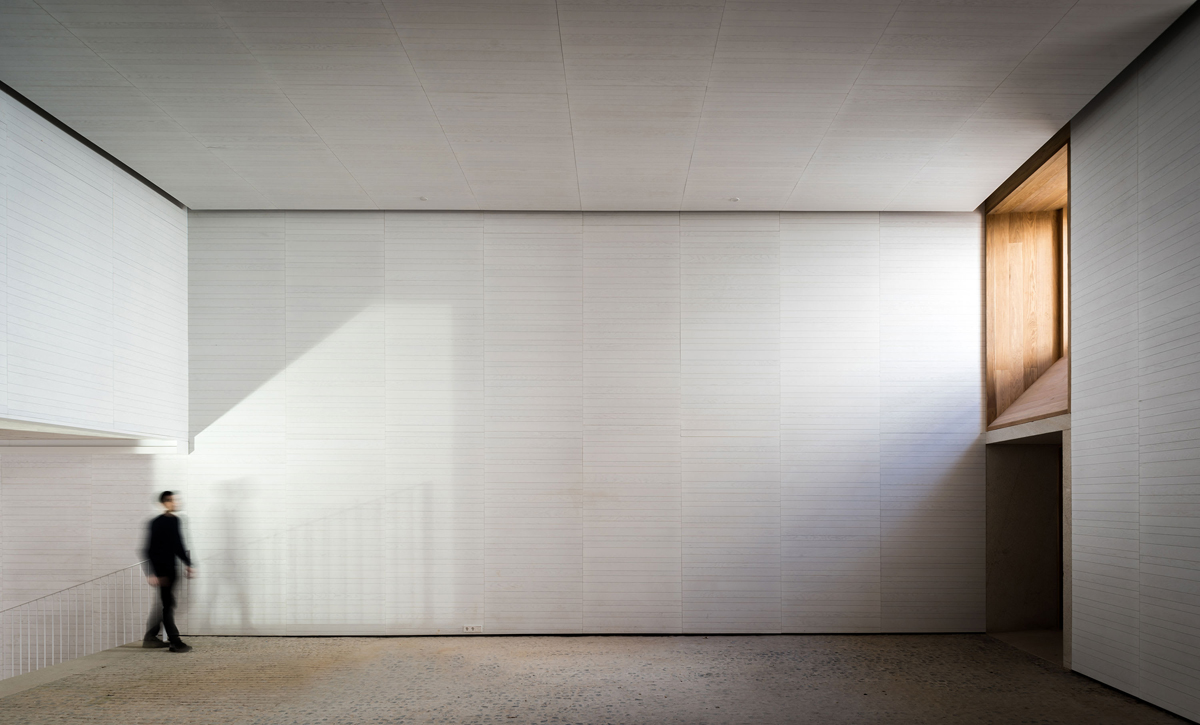 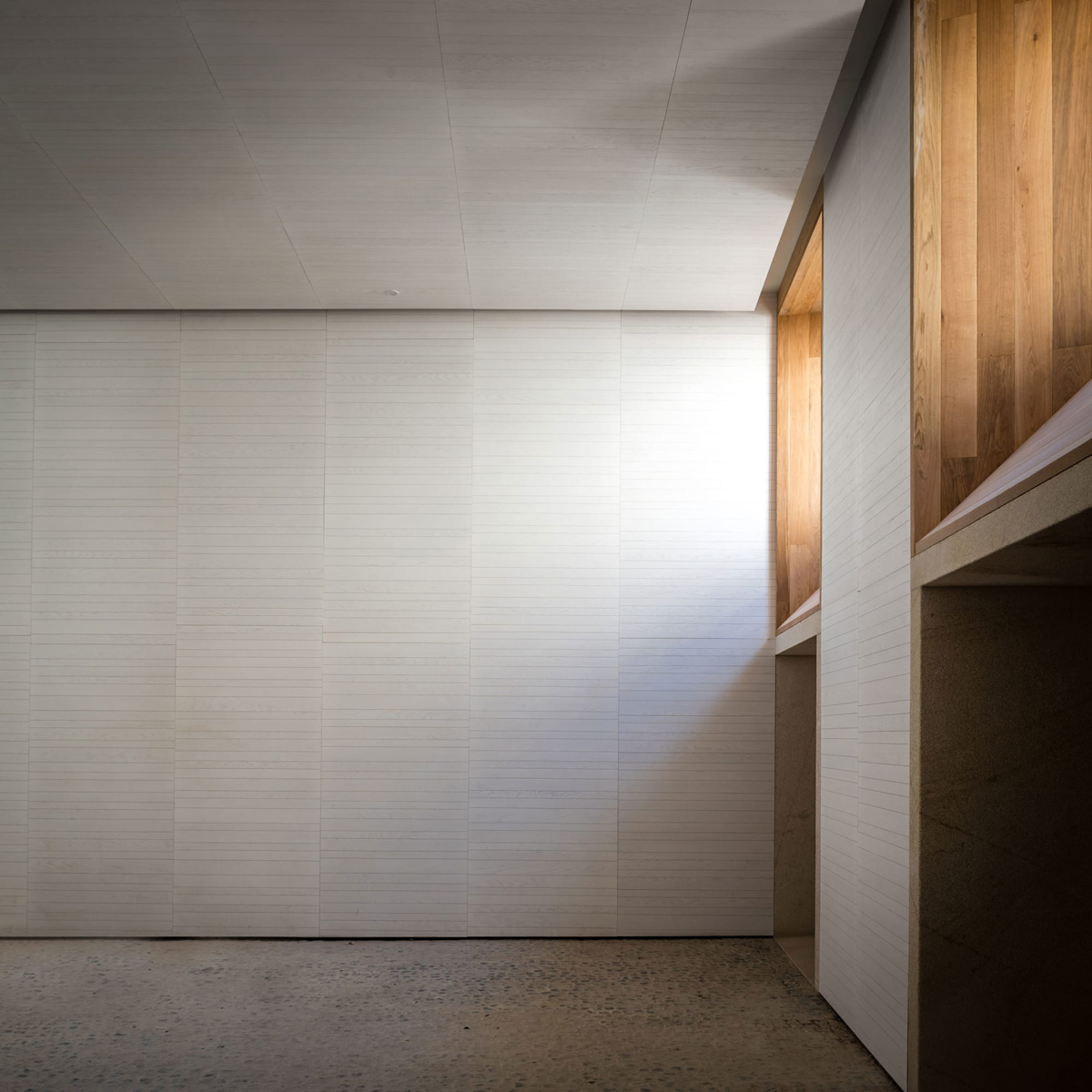 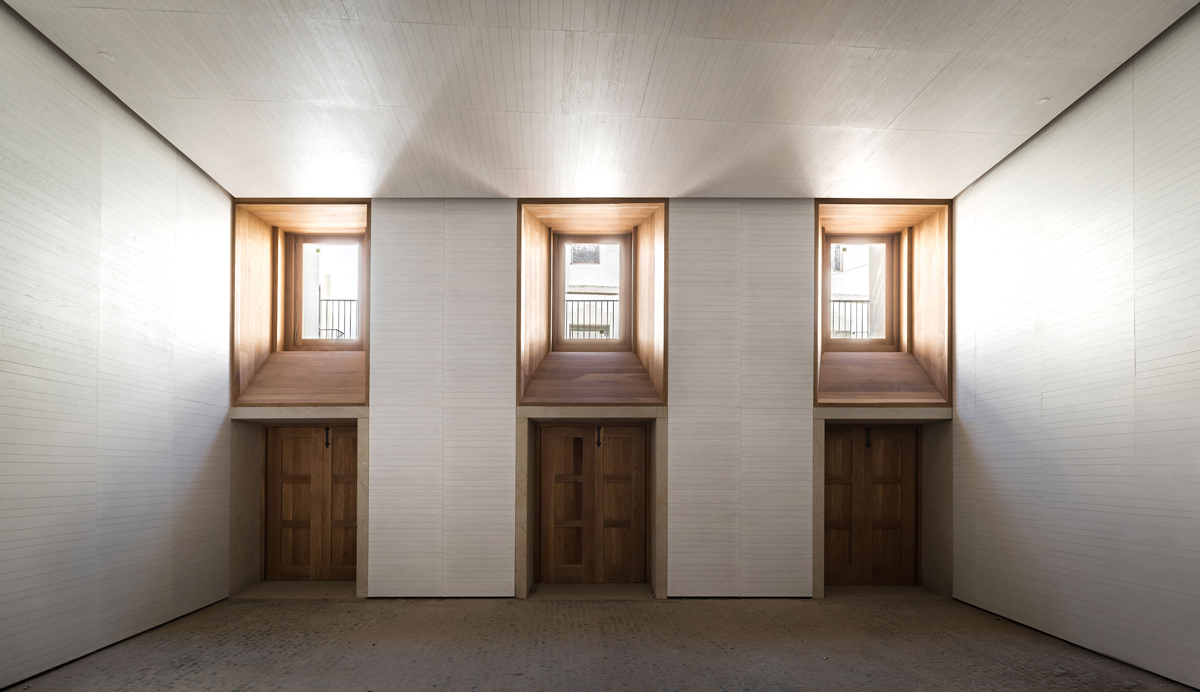 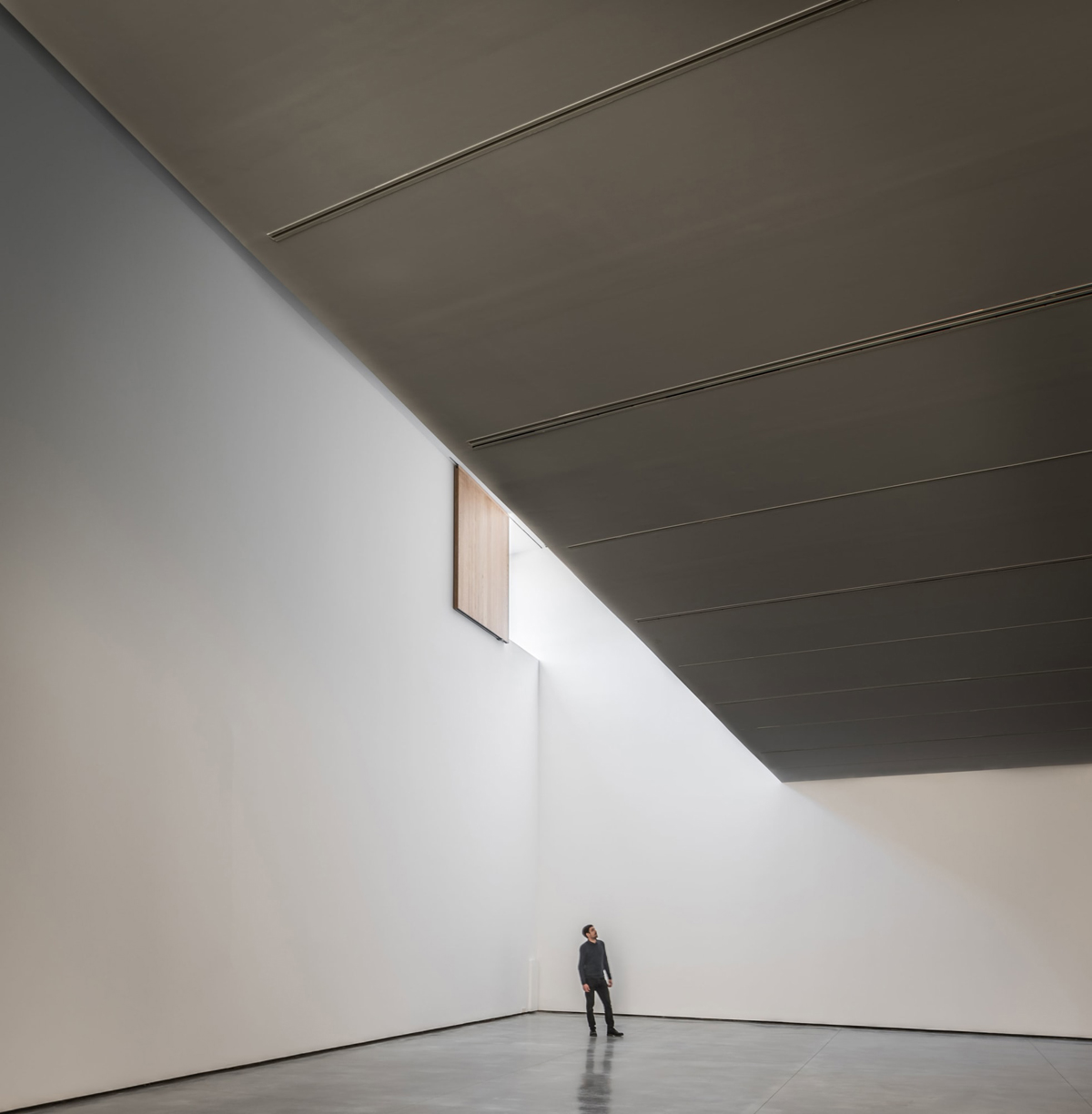 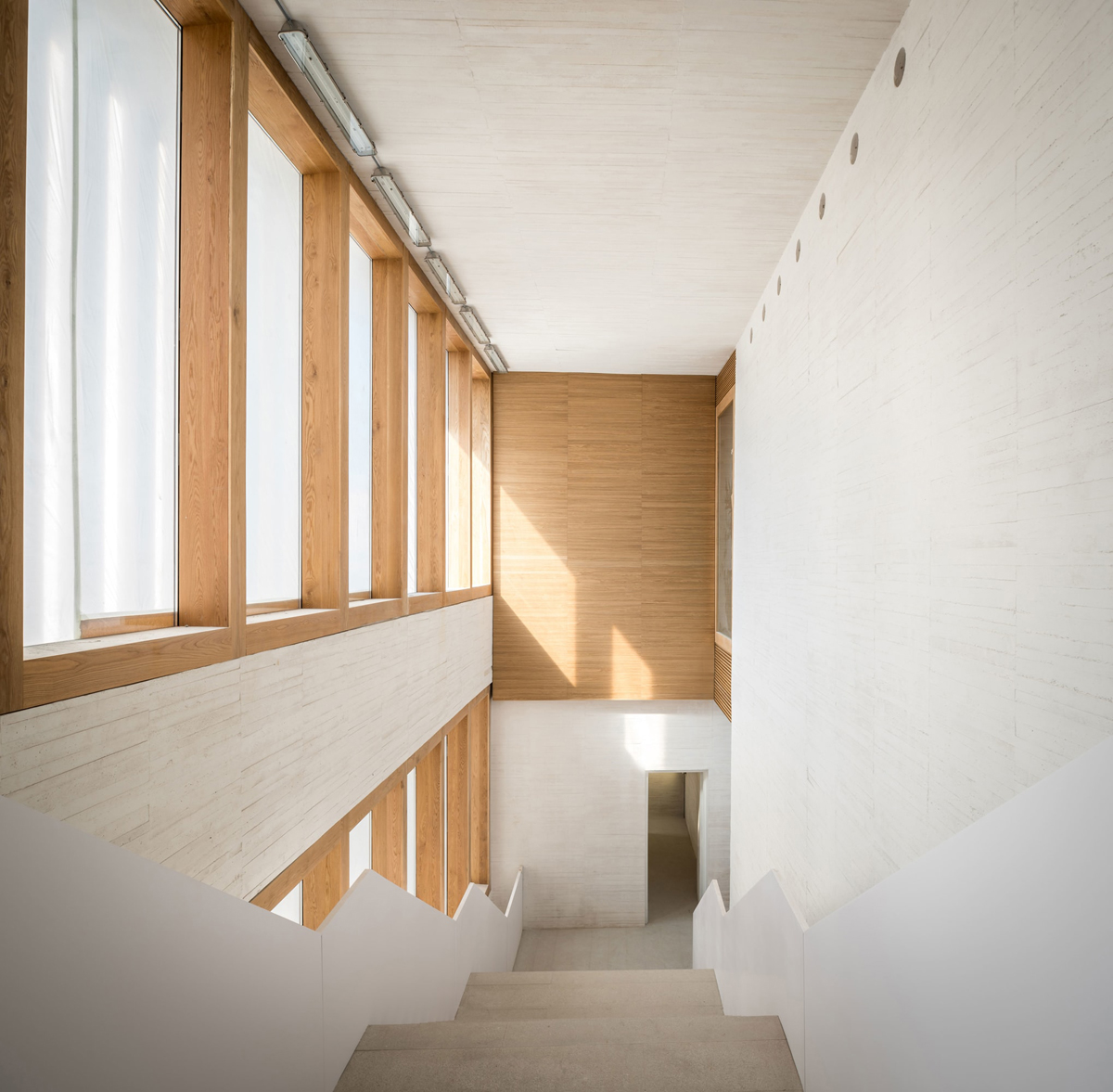 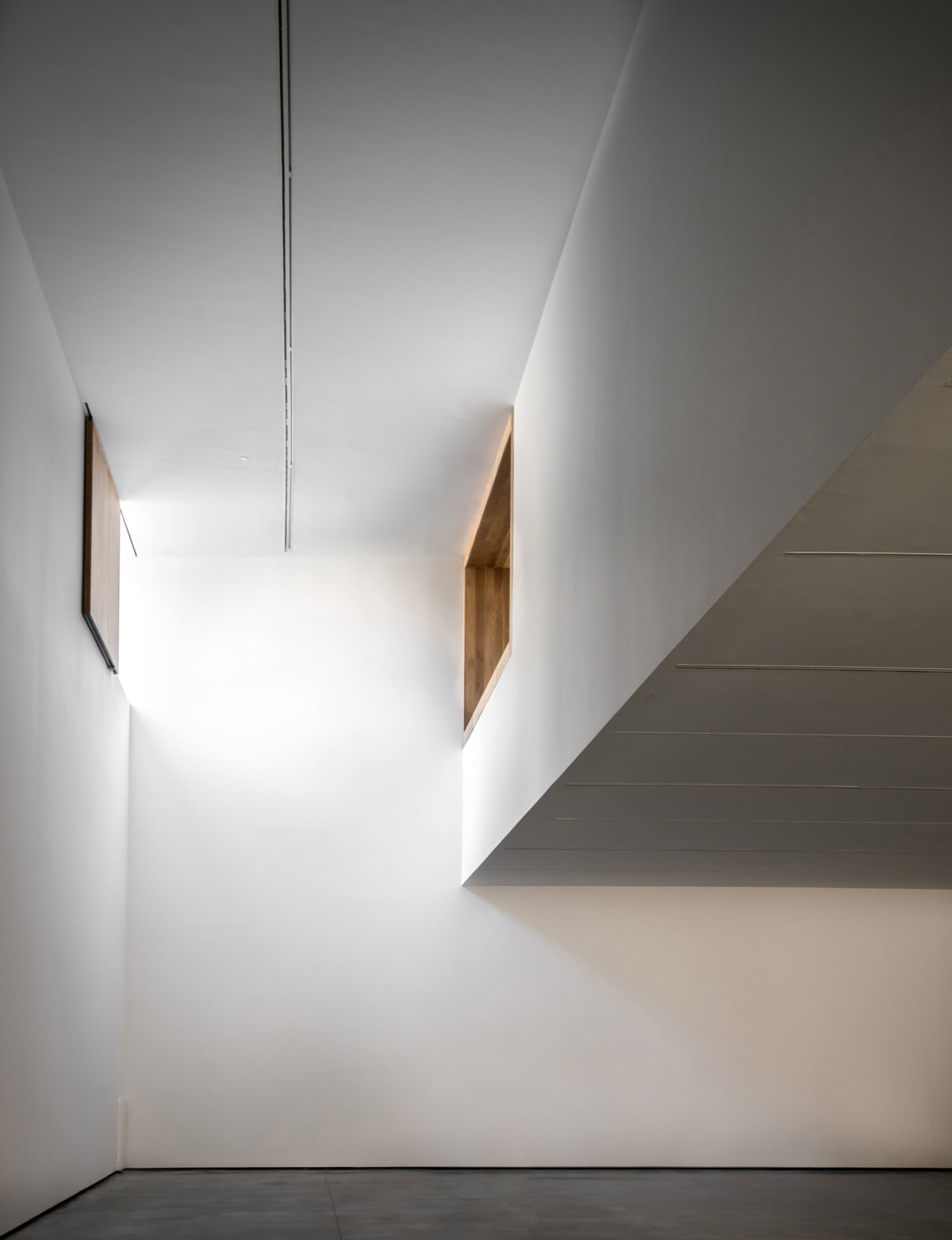 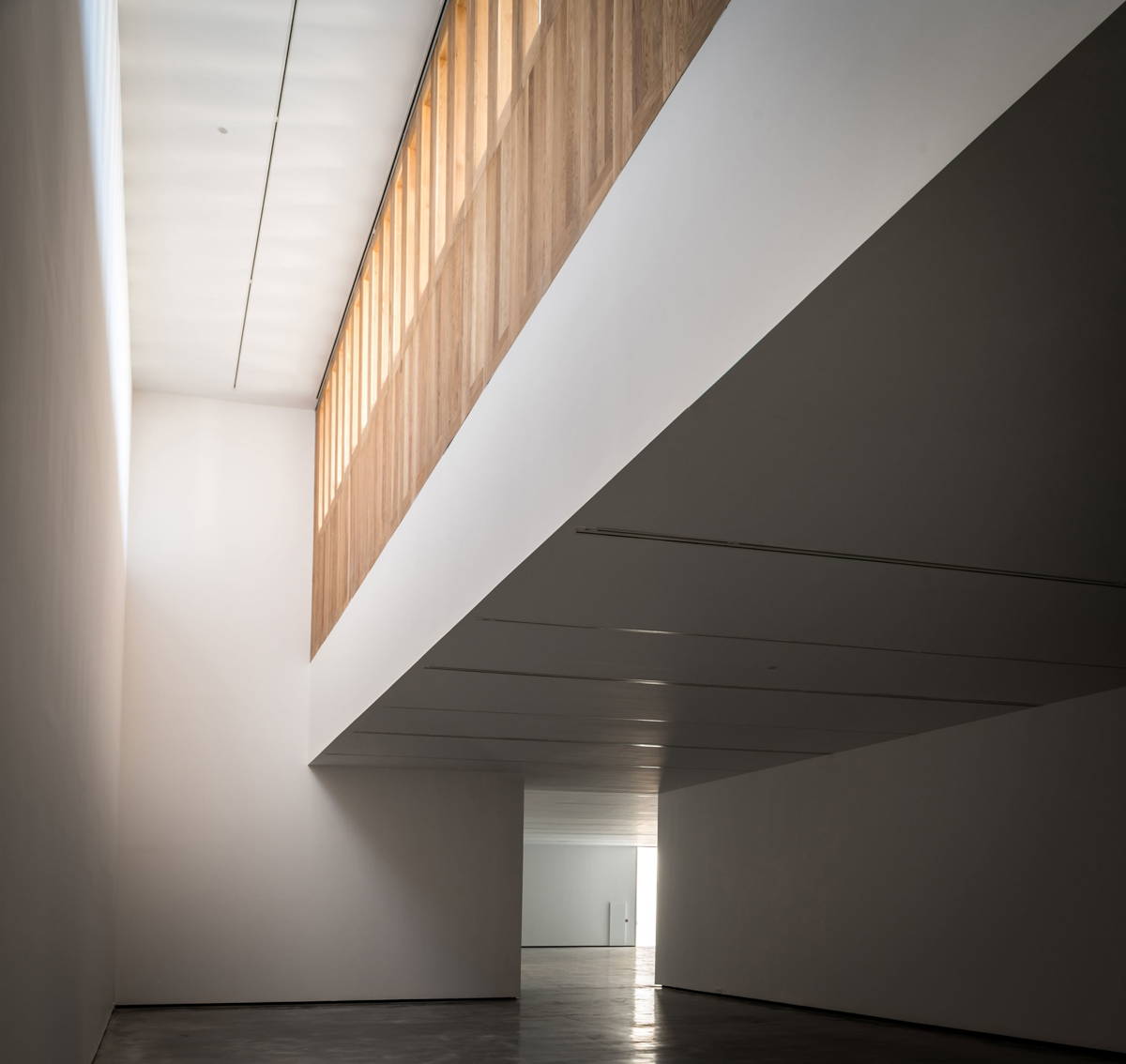 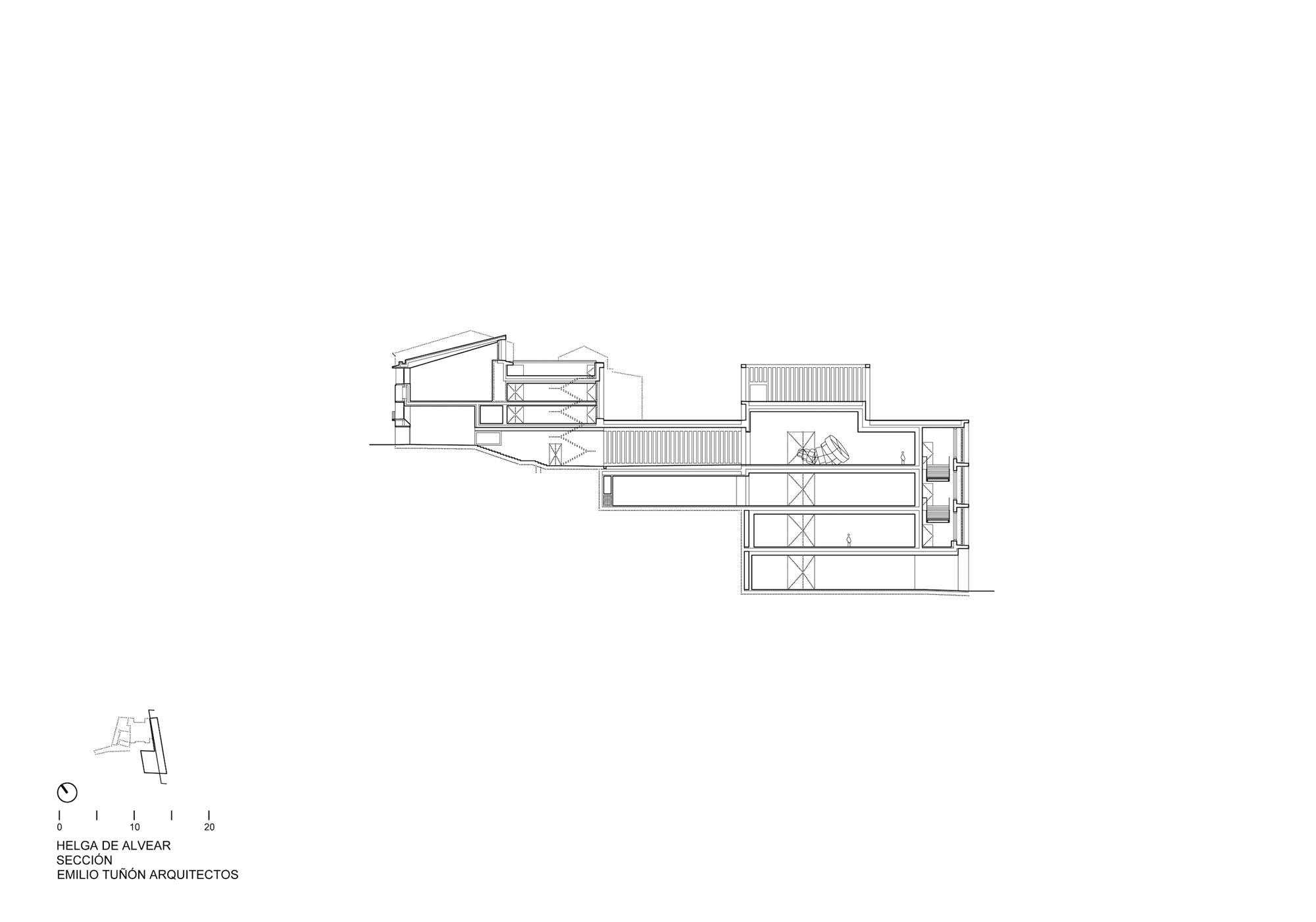 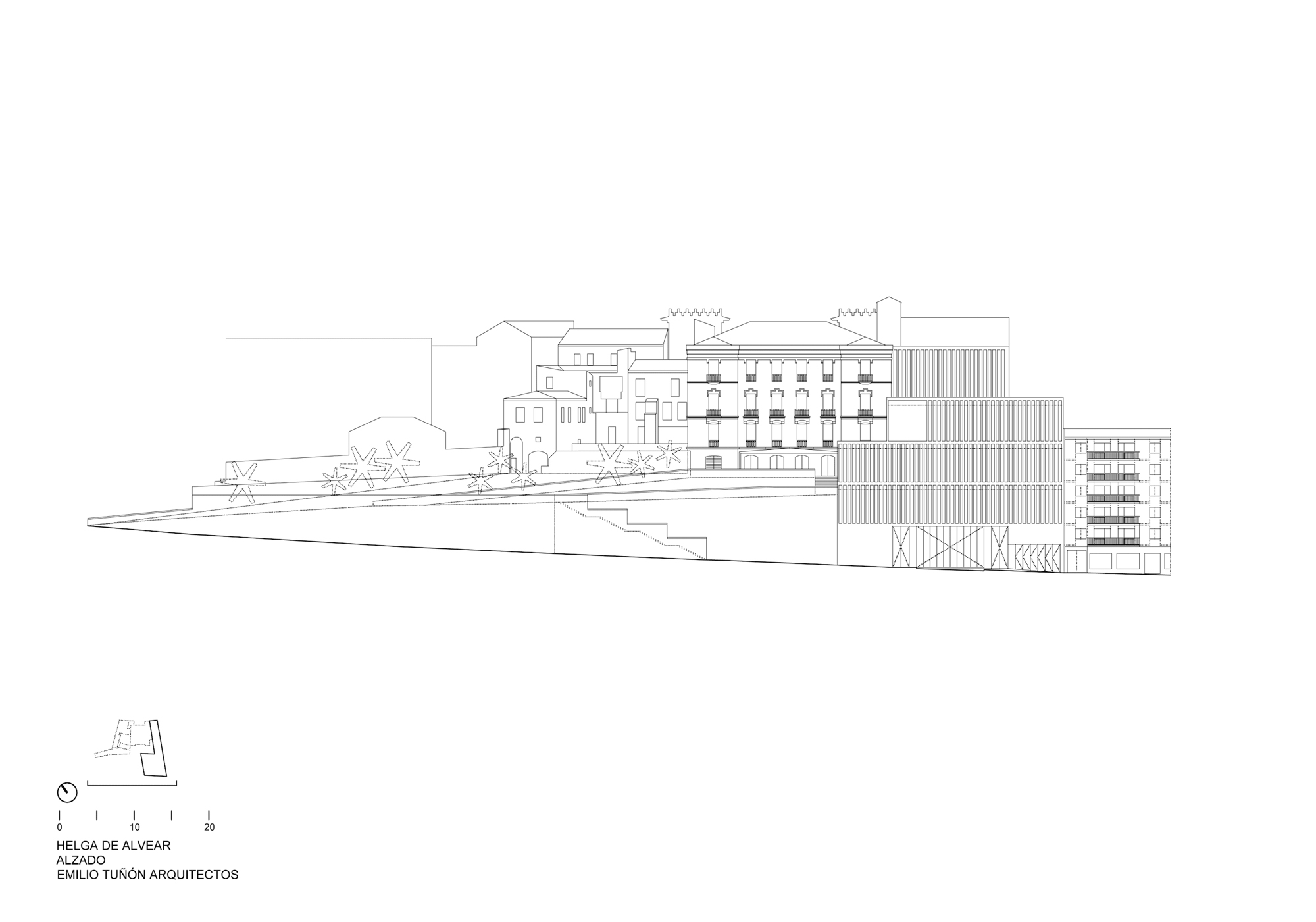 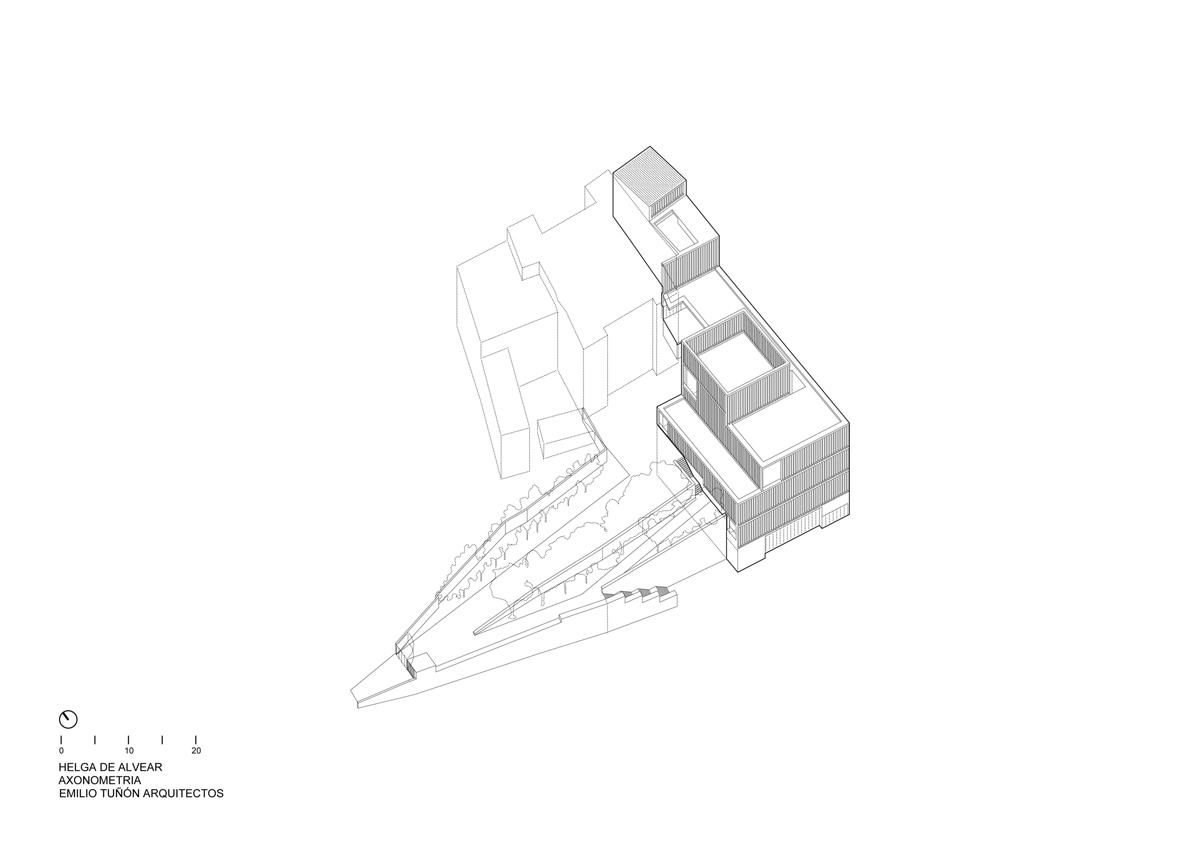 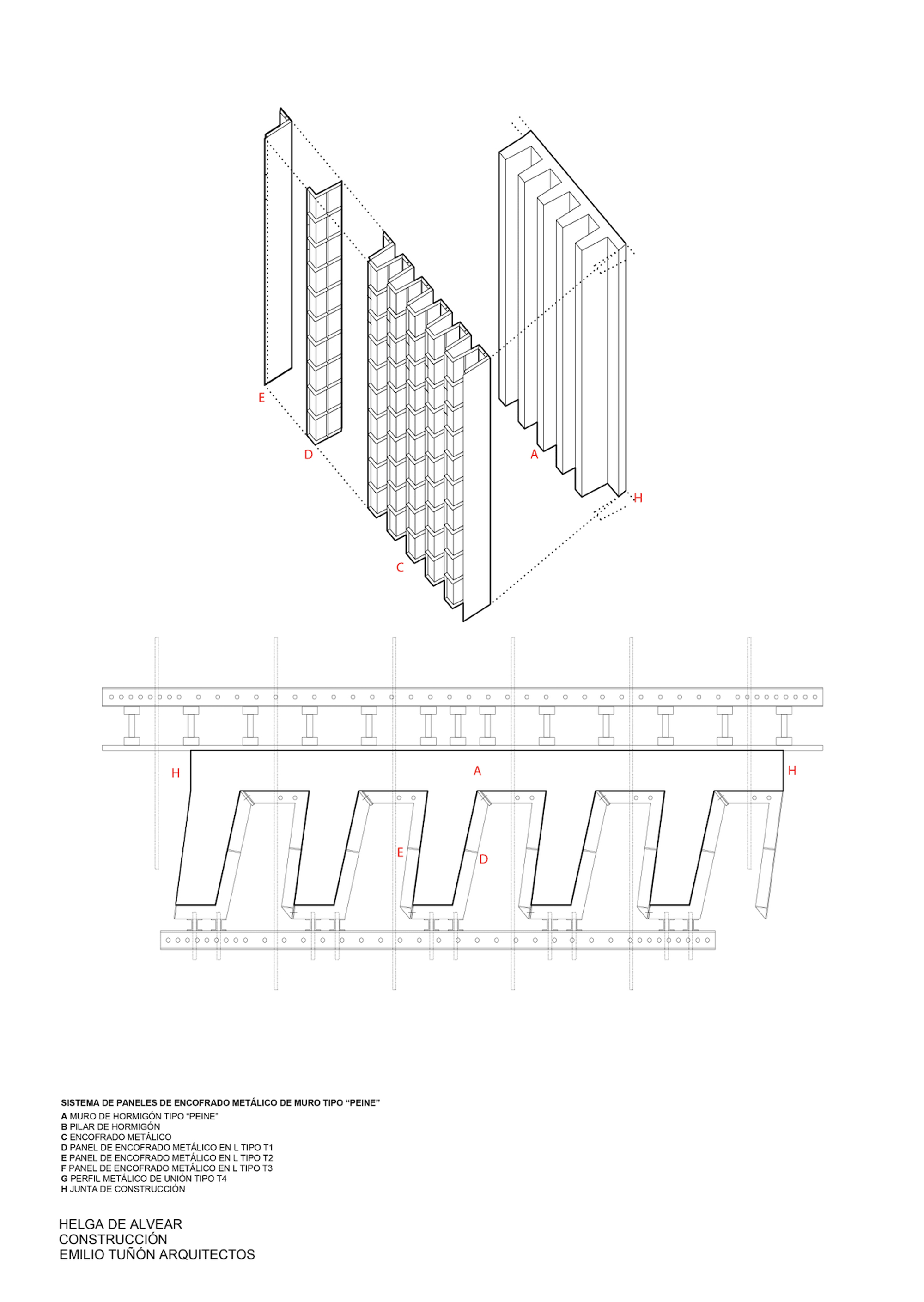 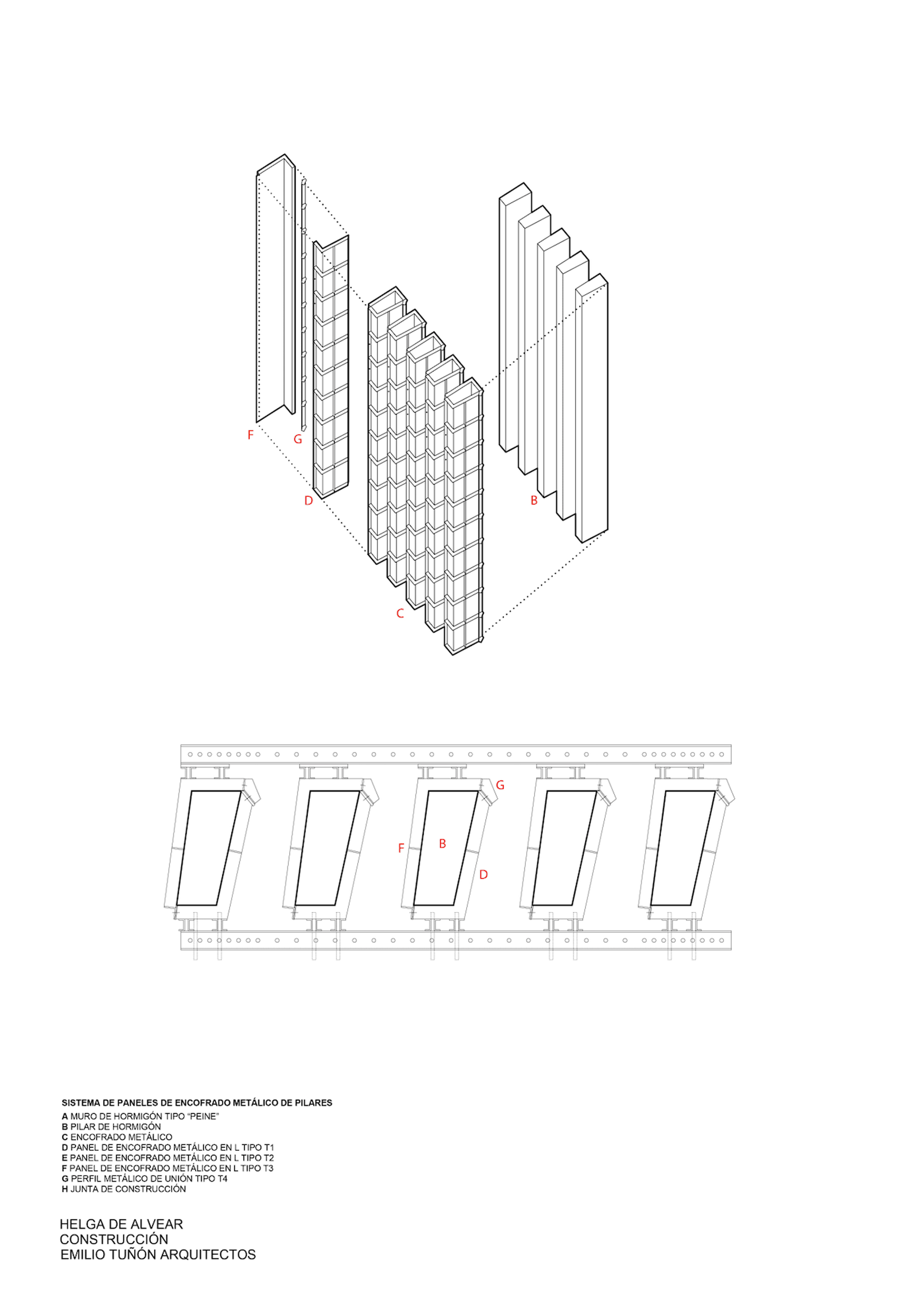