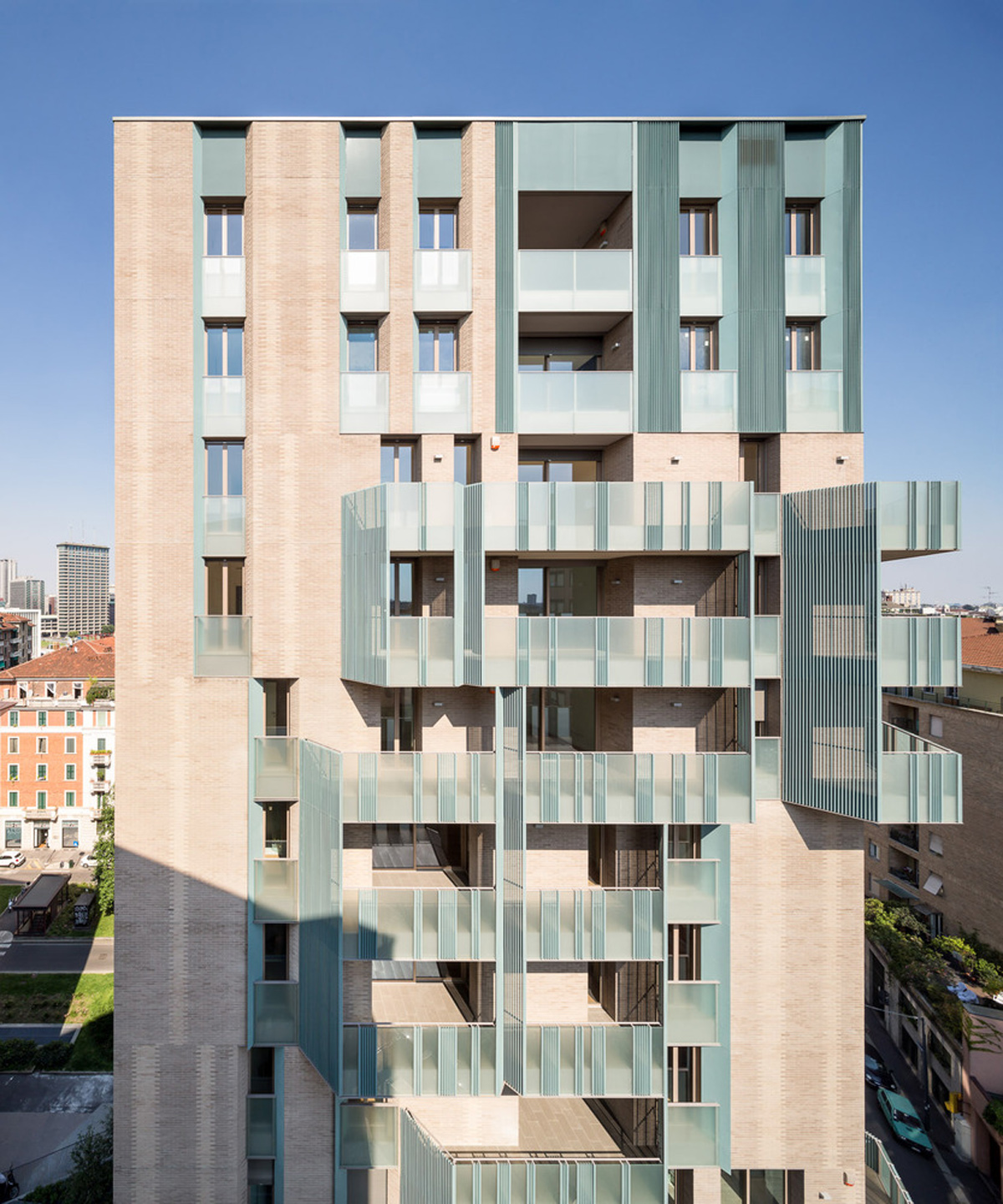 The residential complex named «Novetredici» in via De Cristoforis, Milan represents the natural completion of the block bordered by the streets Viganò, Rosales, de Cristoforis and the street Fratelli Castiglioni, which flanks the new Unicredit skyscraper complex in the Porta Nuova development. The block acts as a hinge between the new urban transformation on its North side and the existing urban fabric on the South; the latter is formed by buildings aligned on the perimeter of the blocks, by “transitional” elements – such as the existing houses in via Viganò, which open their courtyards to the street – and by post-WWII architecture, marked by a freer disposition and greater heights. Along with the nearby complex designed by CZA and called «La Corte Verde», which occupies the northern portion of the block, the Novetredici complex revises the master plan guidelines for the area in favor of a settling mode capable of reinforcing the existing urban structure and at the same time of generating a new environmental quality.

The arrangement of the two complexes is marked by a strong urban character without necessarily recreating a perimeter block: the new built volumes line up on the North, East and South to the borders of the existing roads, while the West side is left open, creating a strong visual communication between the green heart and via Rosales. The building envelope defined by the master plan on via De Cristoforis – a linear high body that would have cast its long shadow on the garden and created a North side perpetually without sun – was divided by the project into two distinct parts, a lower one on the West and a higher one on the East, joined at the base by a common glazed entrance hall. The two volumes combine the efficiency and compactness of a centralized plan with a great attention to the relationship between the existing urban edges and the course of the sun, producing a soft progression between fronts characterized by solid walls and parts marked by large terraces that together constitute an «inhabited screen».

The stepped profile of the building on the West side is determined by the prescribed setbacks in relation with its proximity to the historical buildings in Corso Como, while the one to the East one enhances the width of via Viganò and the long views on the historic city and the new Porta Nuova development. The broken geometry of the common atrium, marked by a thin slab resting on slender cylindrical pillars and by a glazed perimeter, creates an urban foyer expanding the narrow dimension of via De Cristoforis on the South, marked by a great transparency between the street and the rear private garden blurring with the Corte Verde garden on the North side.

The access to the private underground car park is located within the building volume; the base of both bodies is marked by large slabs of rusticated white stone divided by metallic elements, creating a formal continuity at eye level along the existing street. Over this, the strong horizontal lines of the glass parapets is balanced by the verticality of the metallic elements and by the widows stacked up in tall vertical figures which bind together the various floors. The variety of colors and surface textures of the materials – handmade bricks in two different shades of clay-color, frosted glass, corrugated and perforated aluminum sheets enameled in a gray-turquoise metallic hue – generates a continuous variation of the urban fronts from different points of view within a strongly unified design, which keeps together the different sizes of the openings.

The single-pitched roofs of the two buildings has two different orientations converging towards the central garden, the real heart of the project. Together with the crowning of the buildings and the exhibited double heights of the top floors, their slanted profile reinforce the urban character of a housing complex capable of combining a sound architectural statement with the plurality of perceptual states for those who will stroll along the old and new public spaces. Although marked by different materials and architectural solutions, the Novetredici complex dialogues strongly with the Corte Verde on the North portion of the block, creating together a series of formal resonances which try to give new dignity to the theme of “inner city living», and reinterpreting the “modern tradition” of the best Post-WWII residential architectures in Milano without any nostalgia or direct reference. 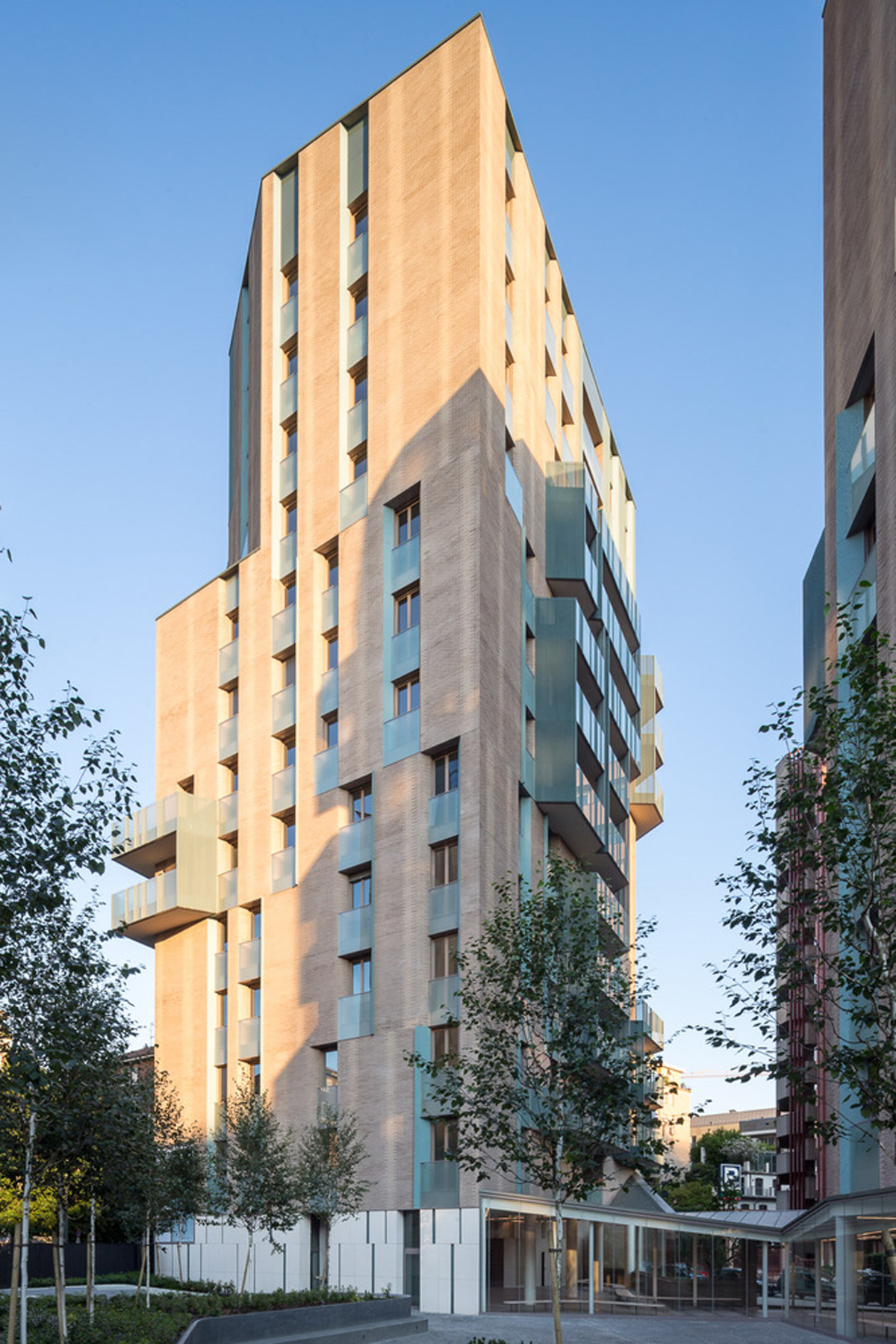 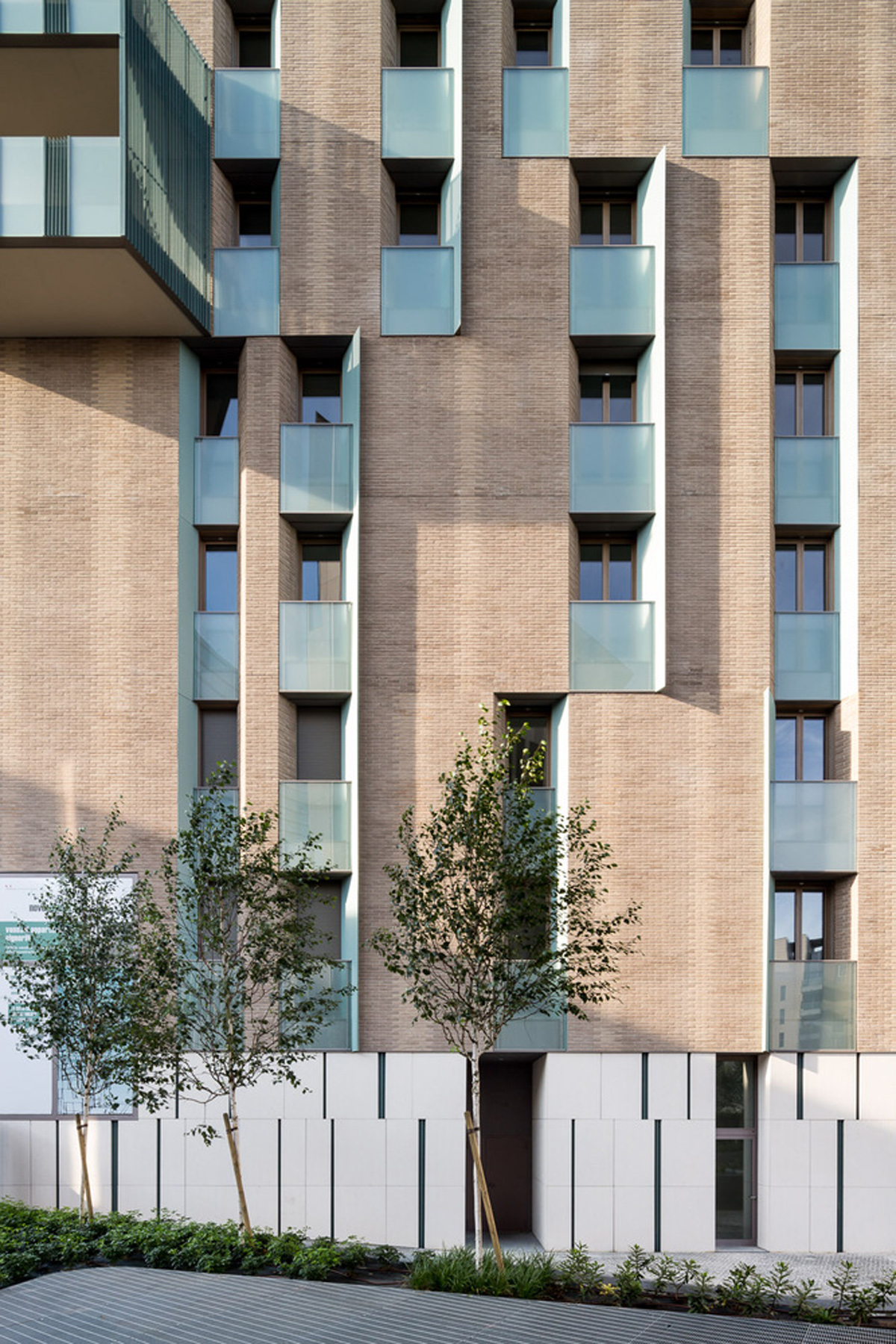 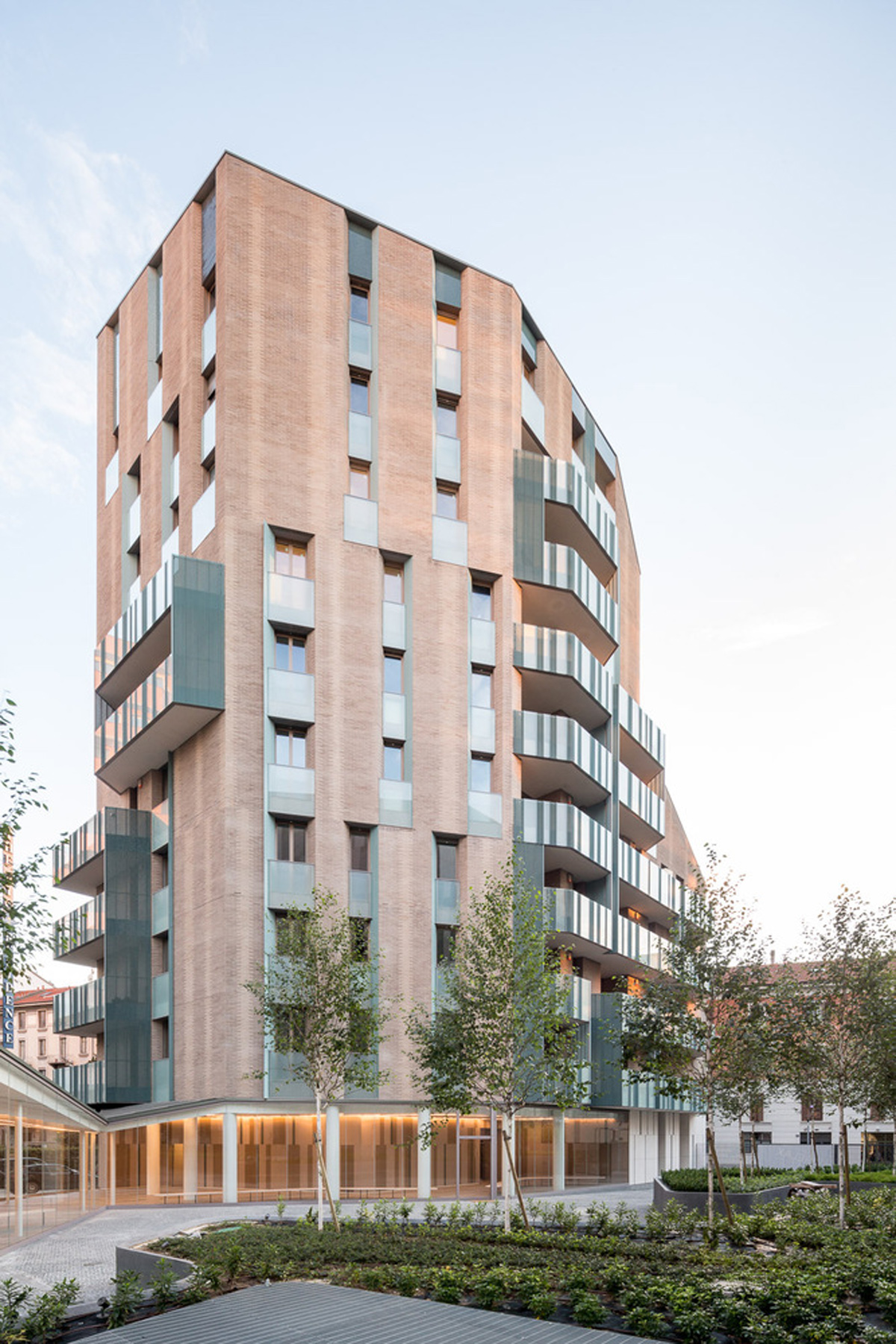 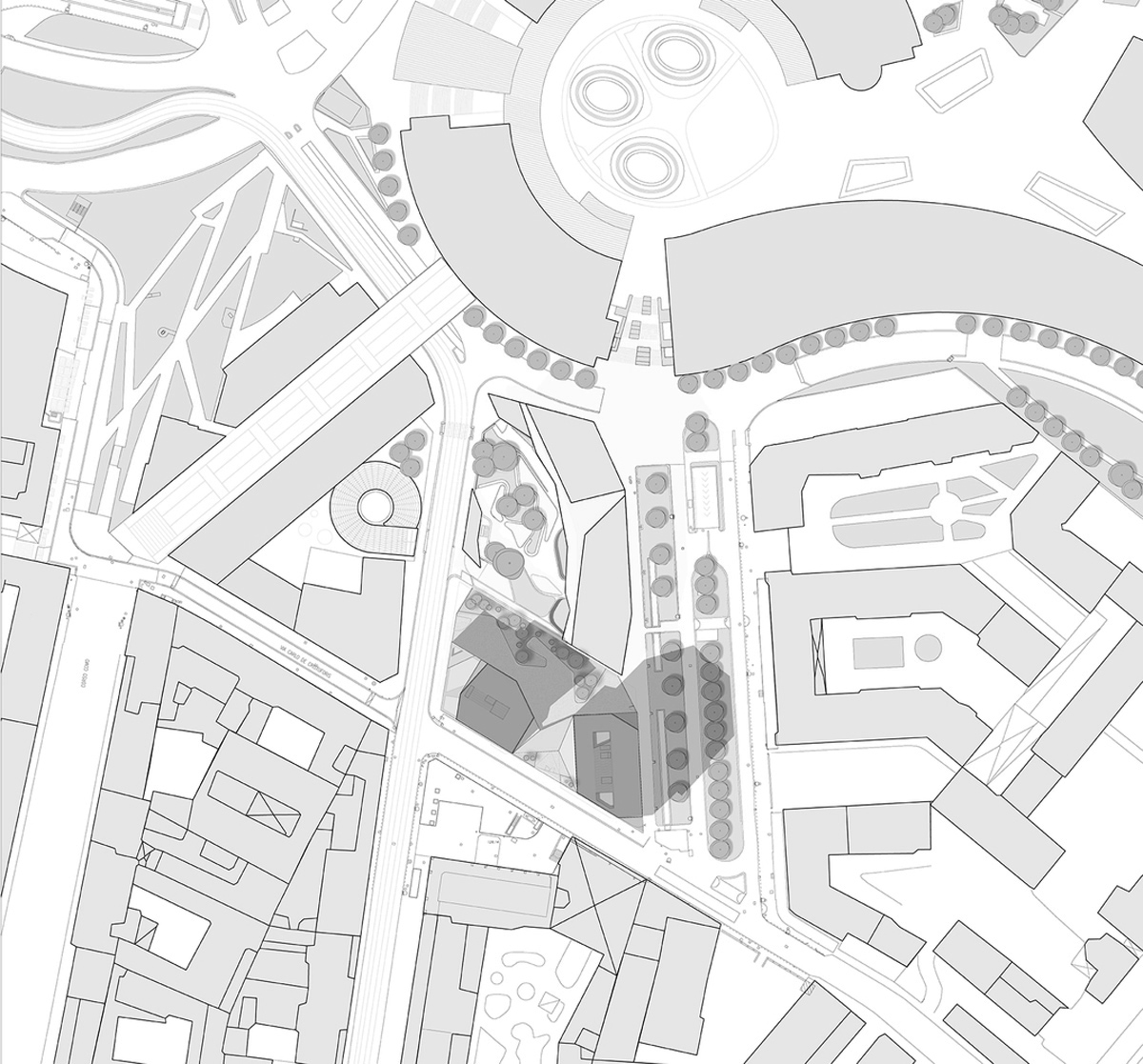 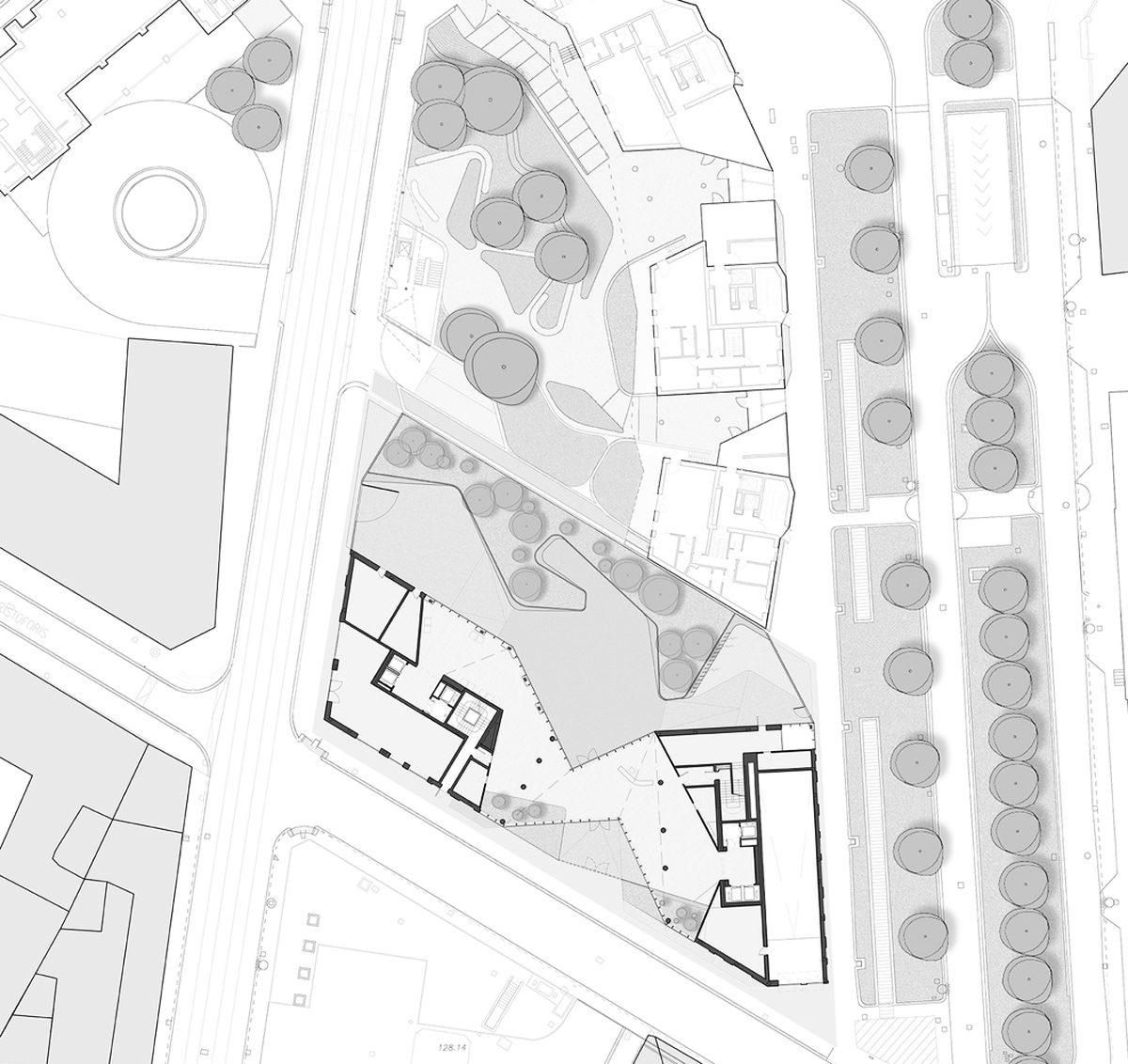 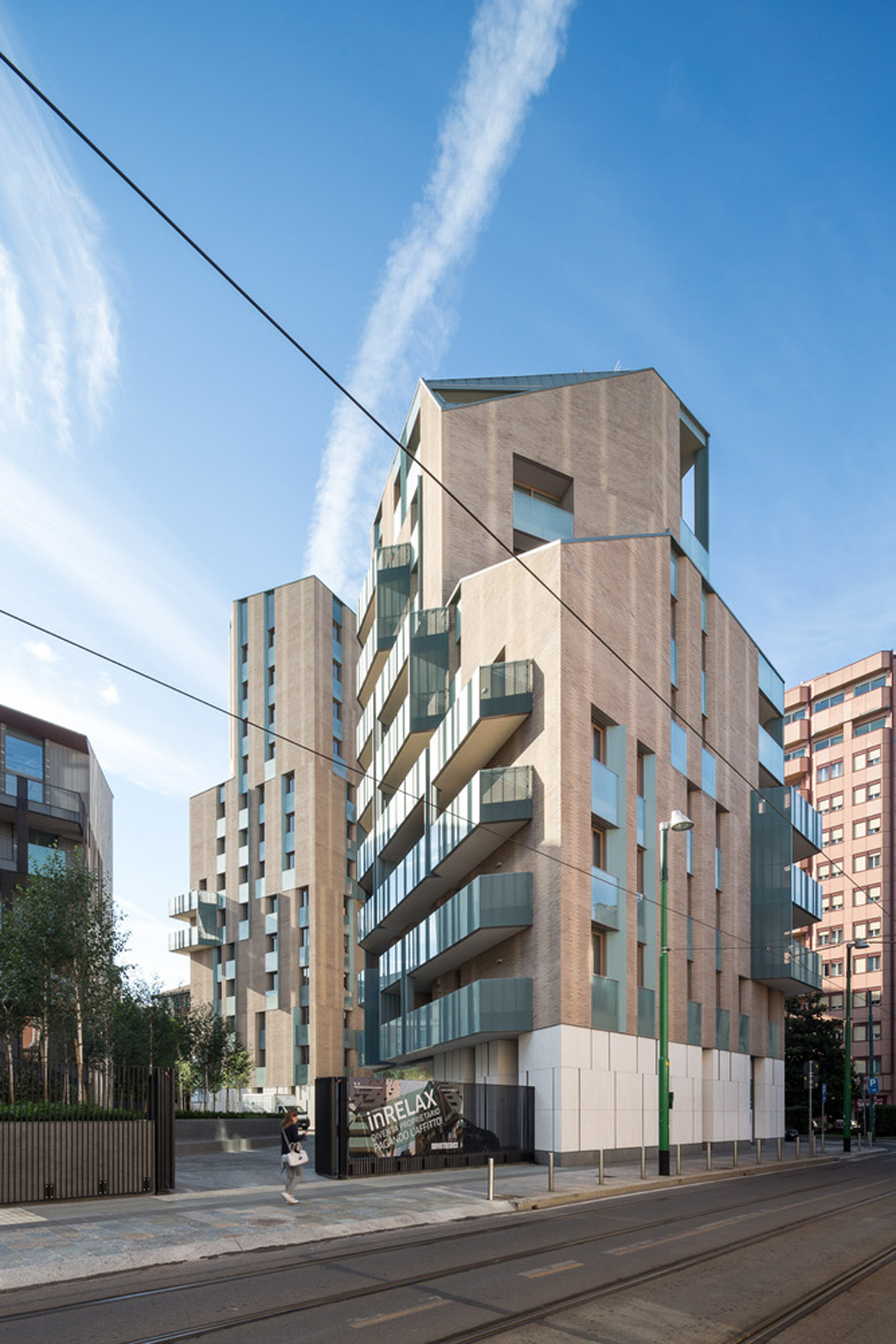 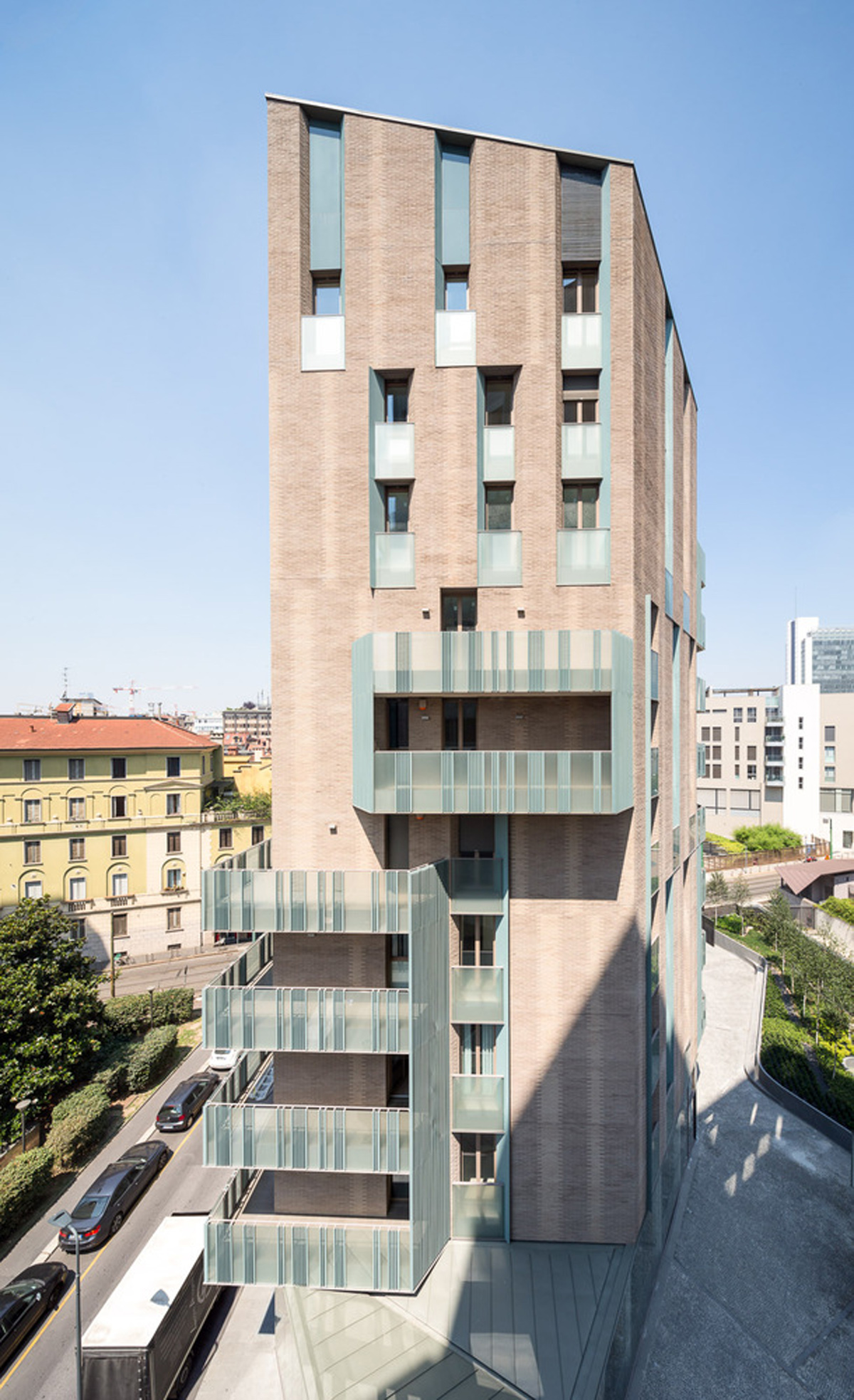 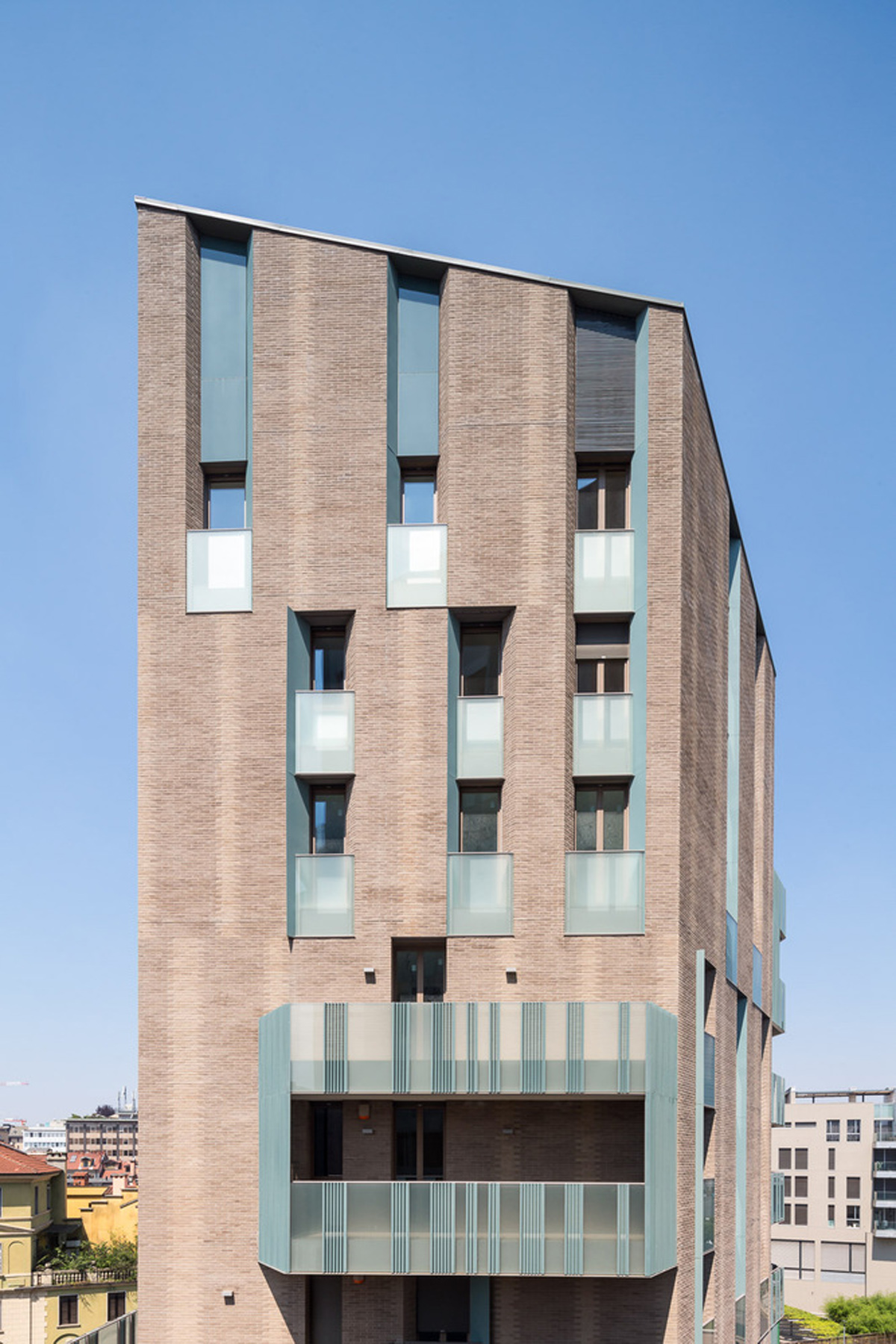 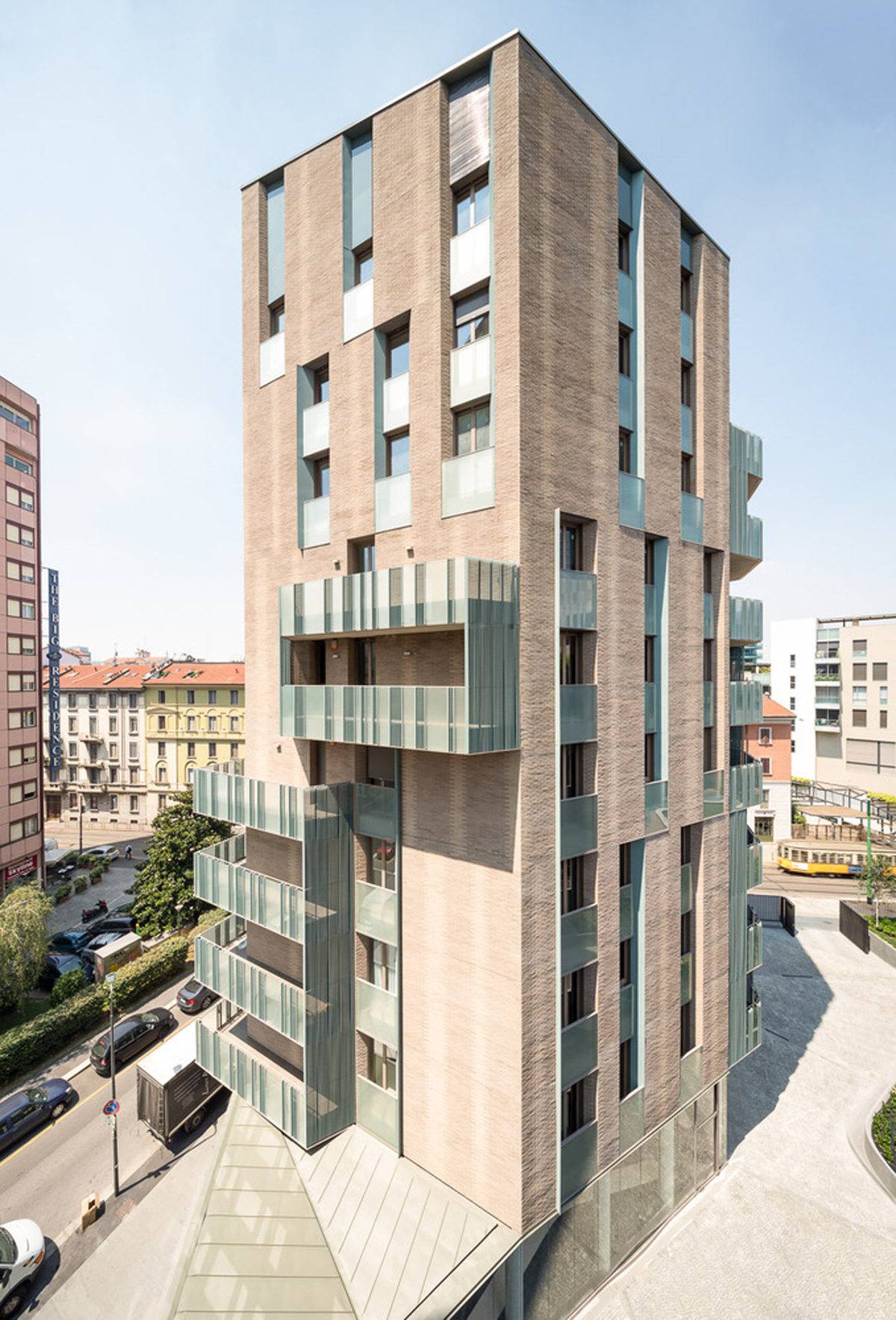 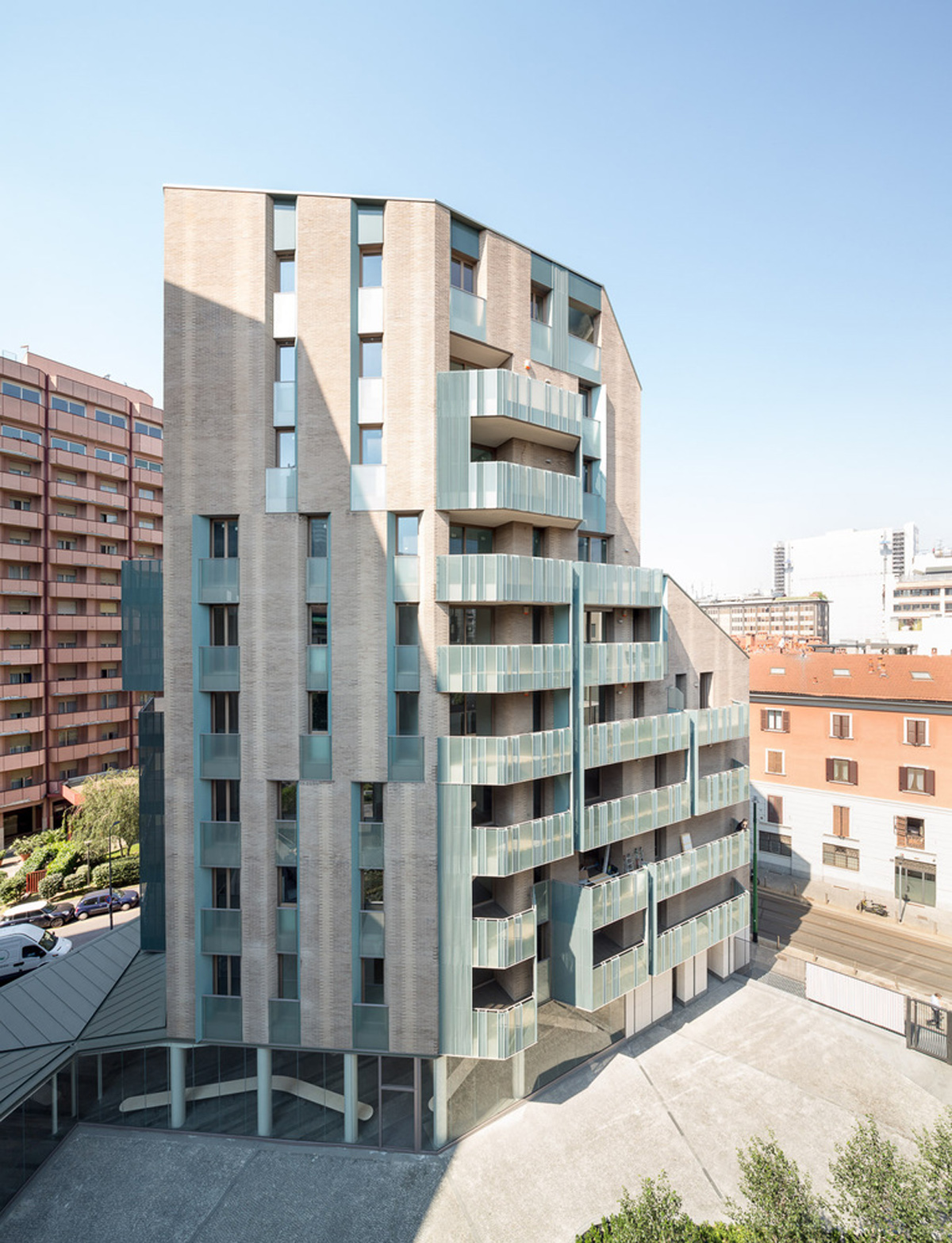 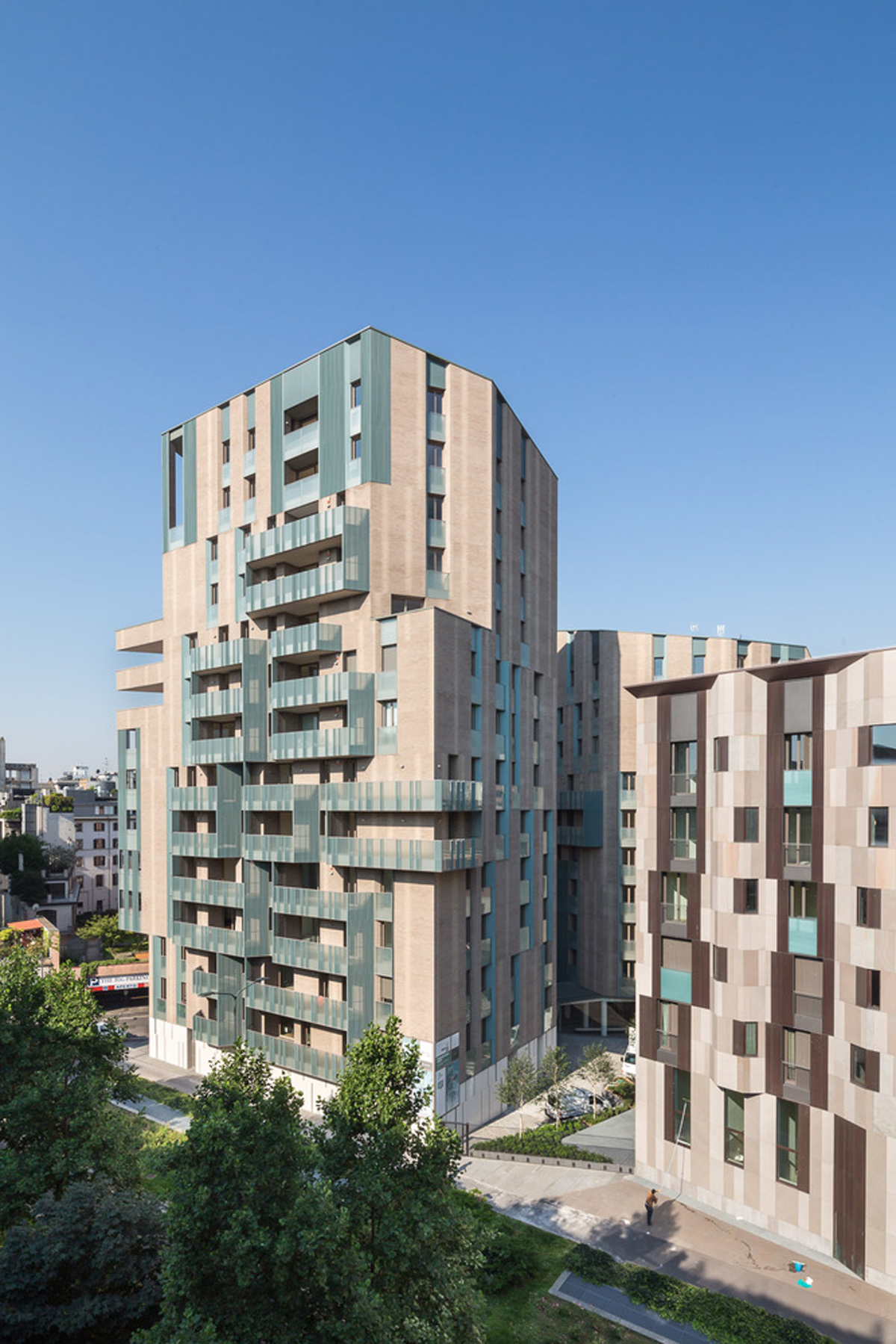 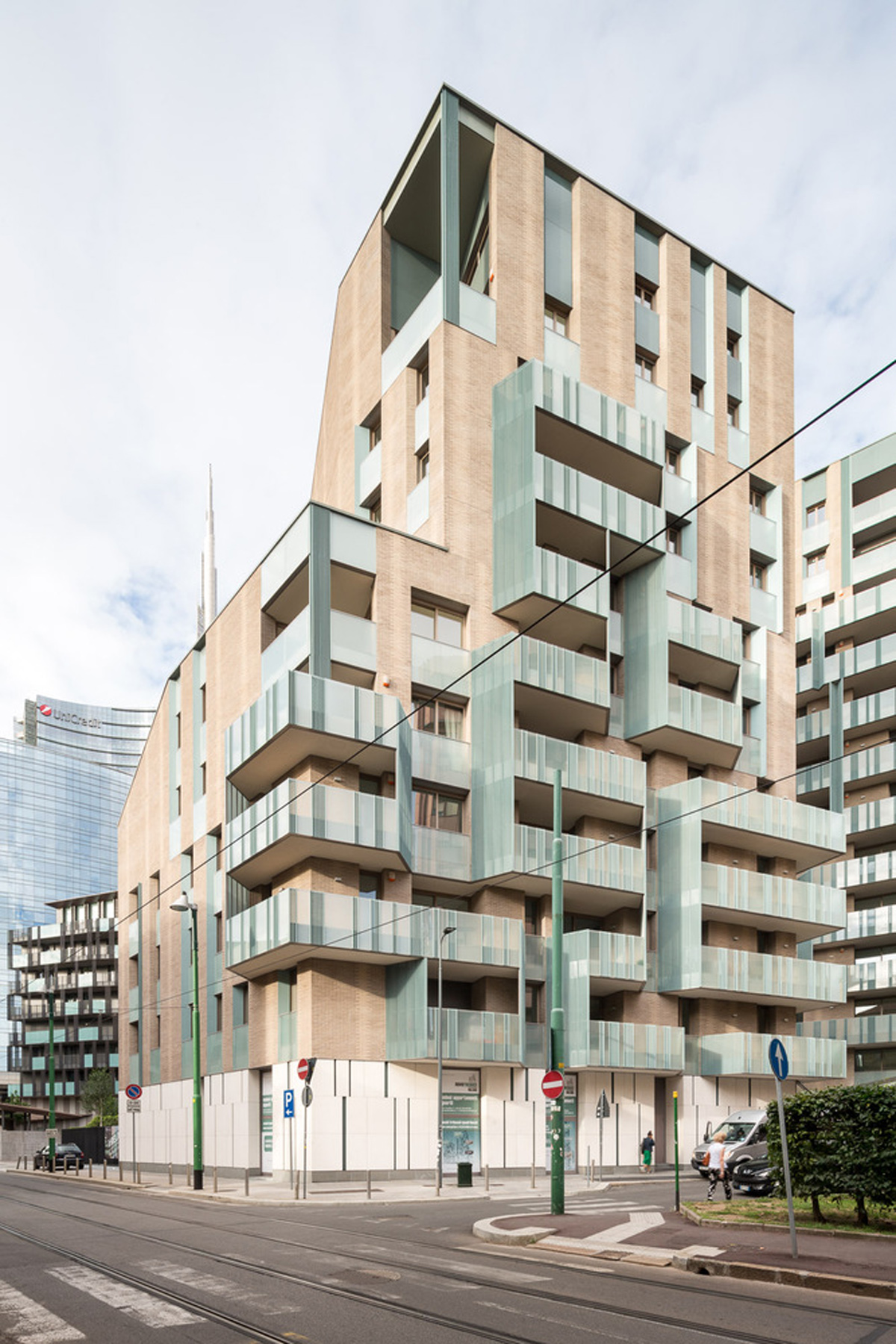 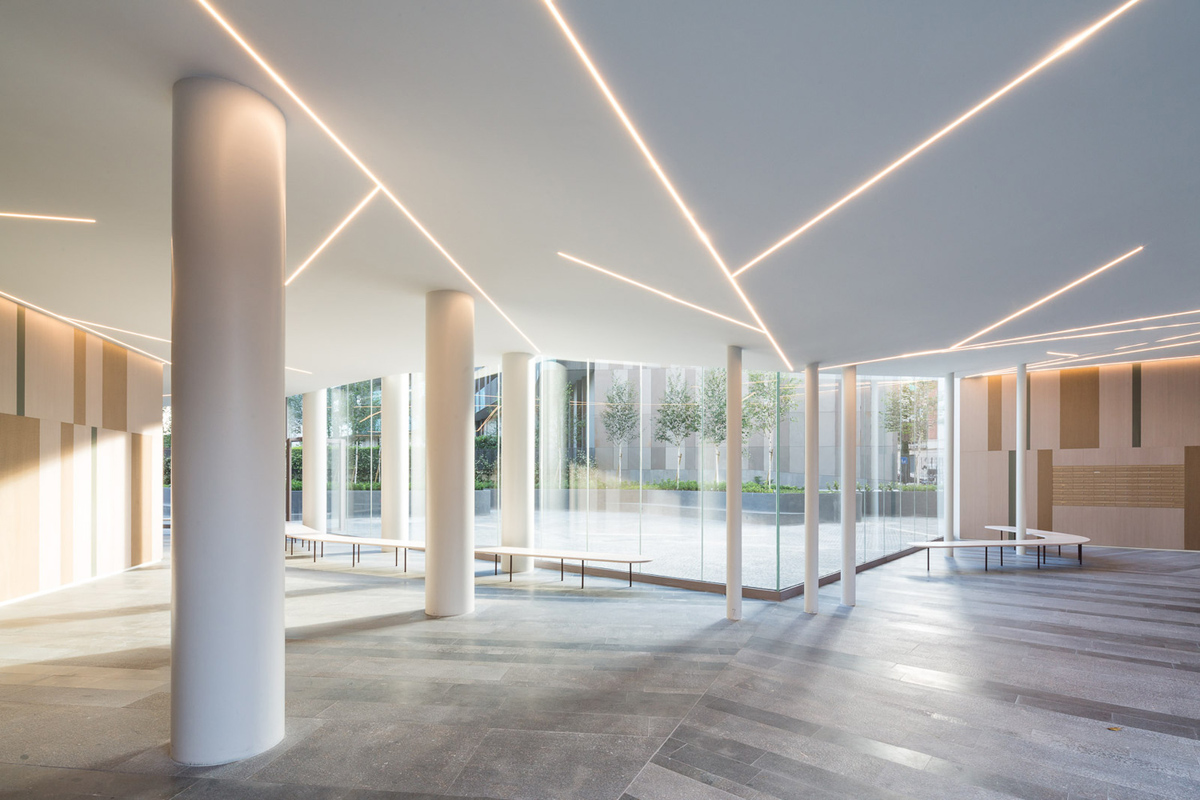 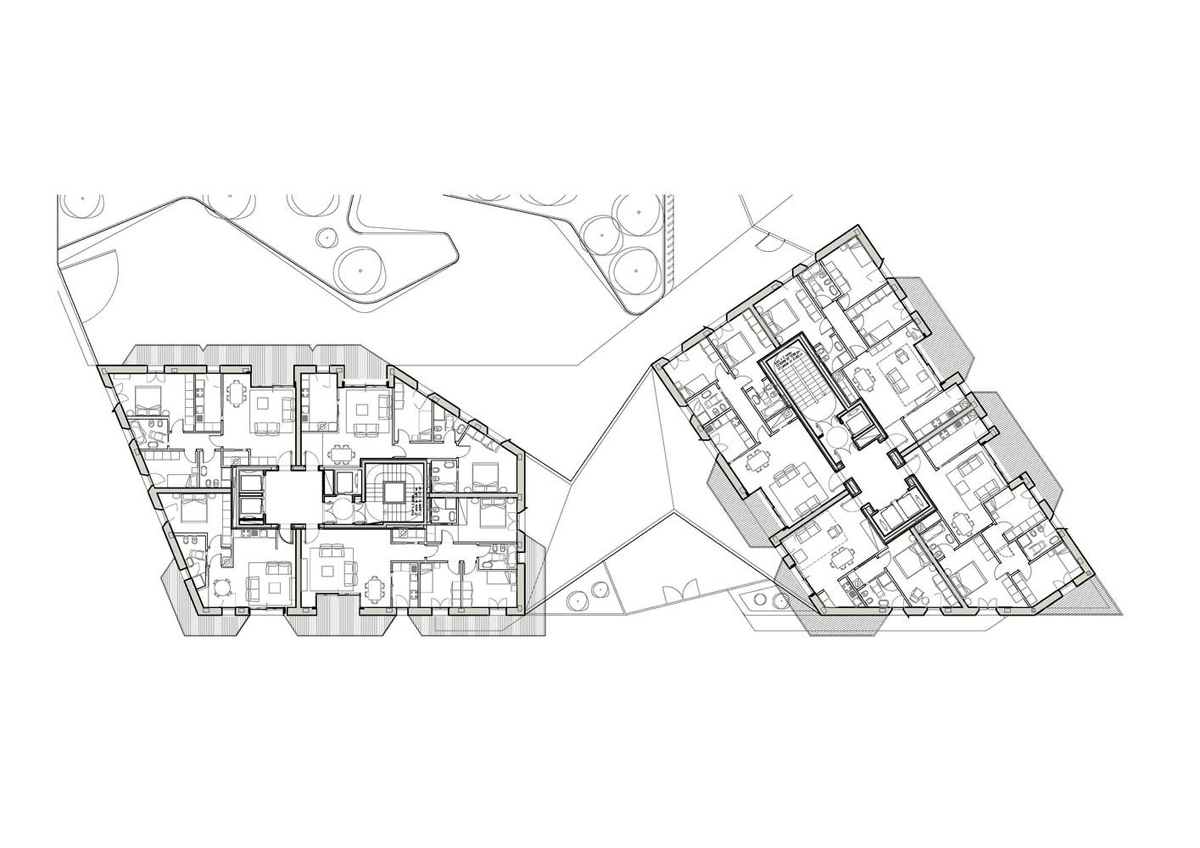 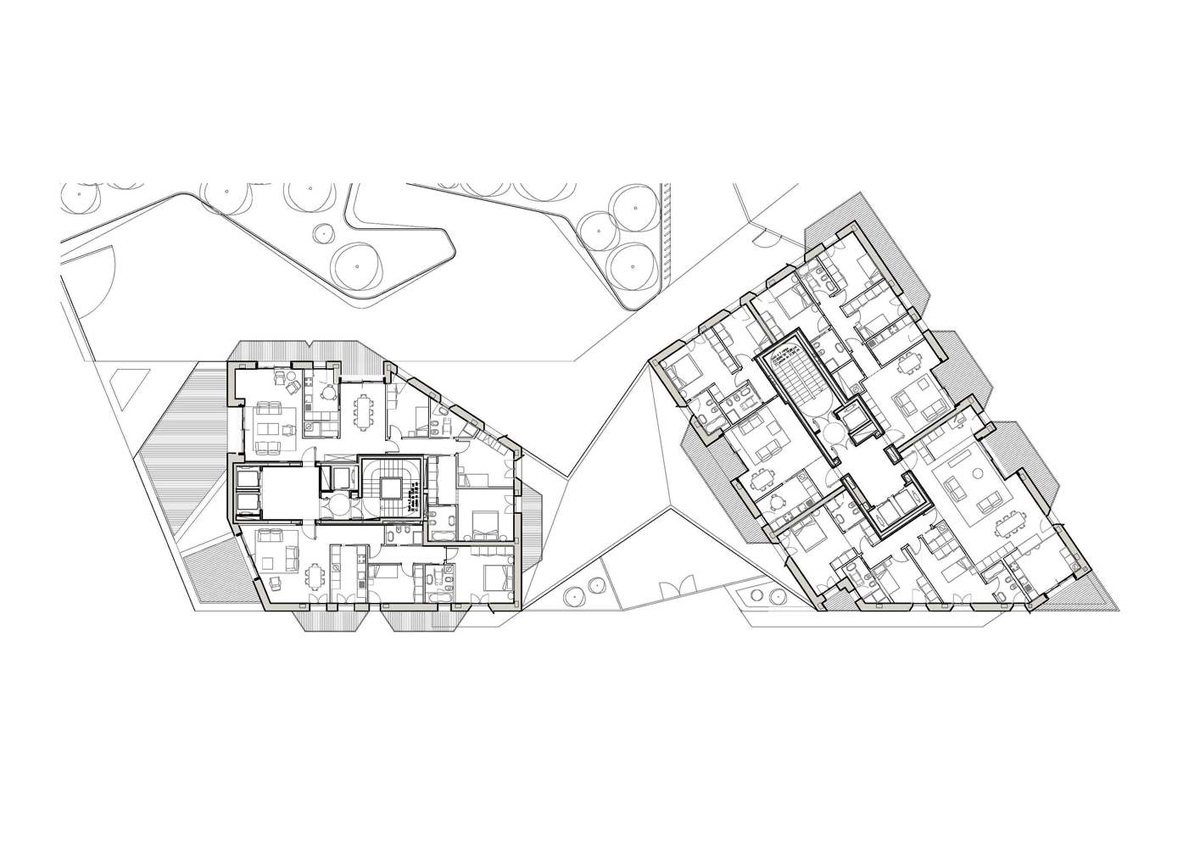 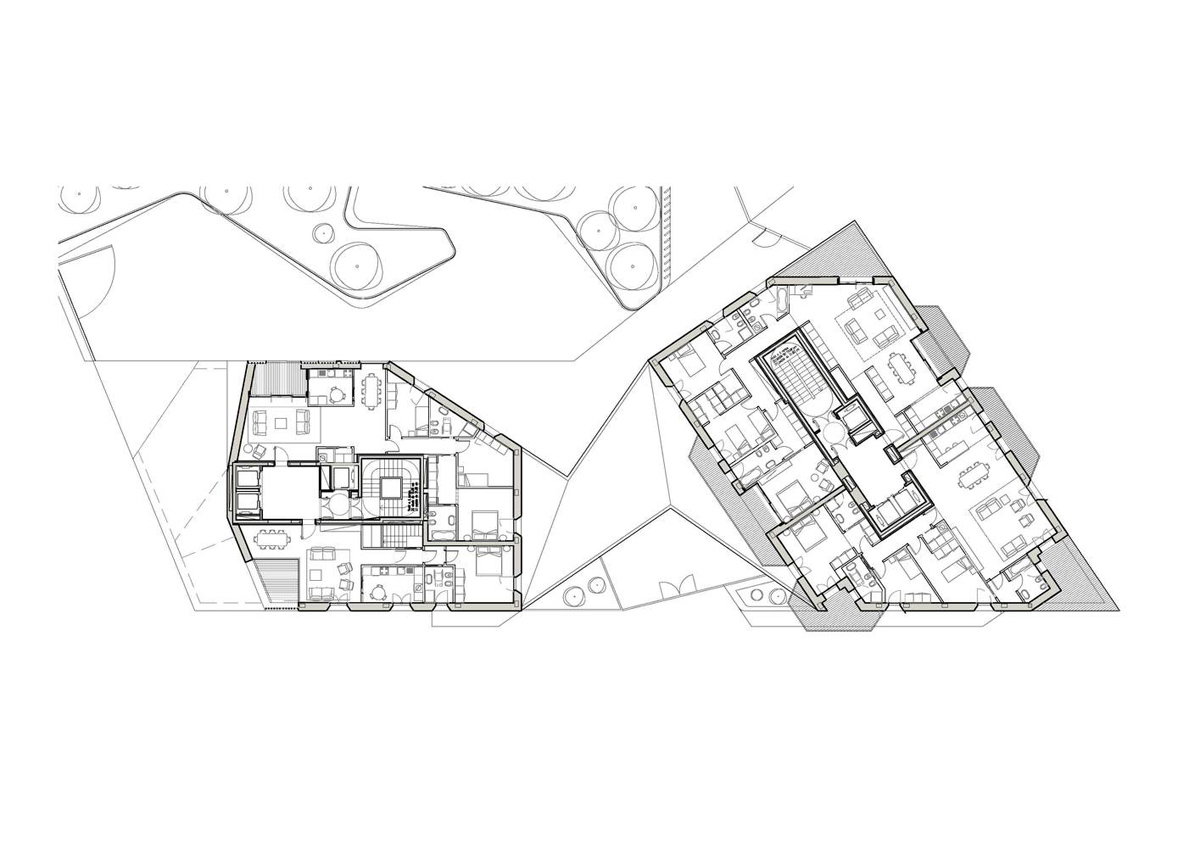 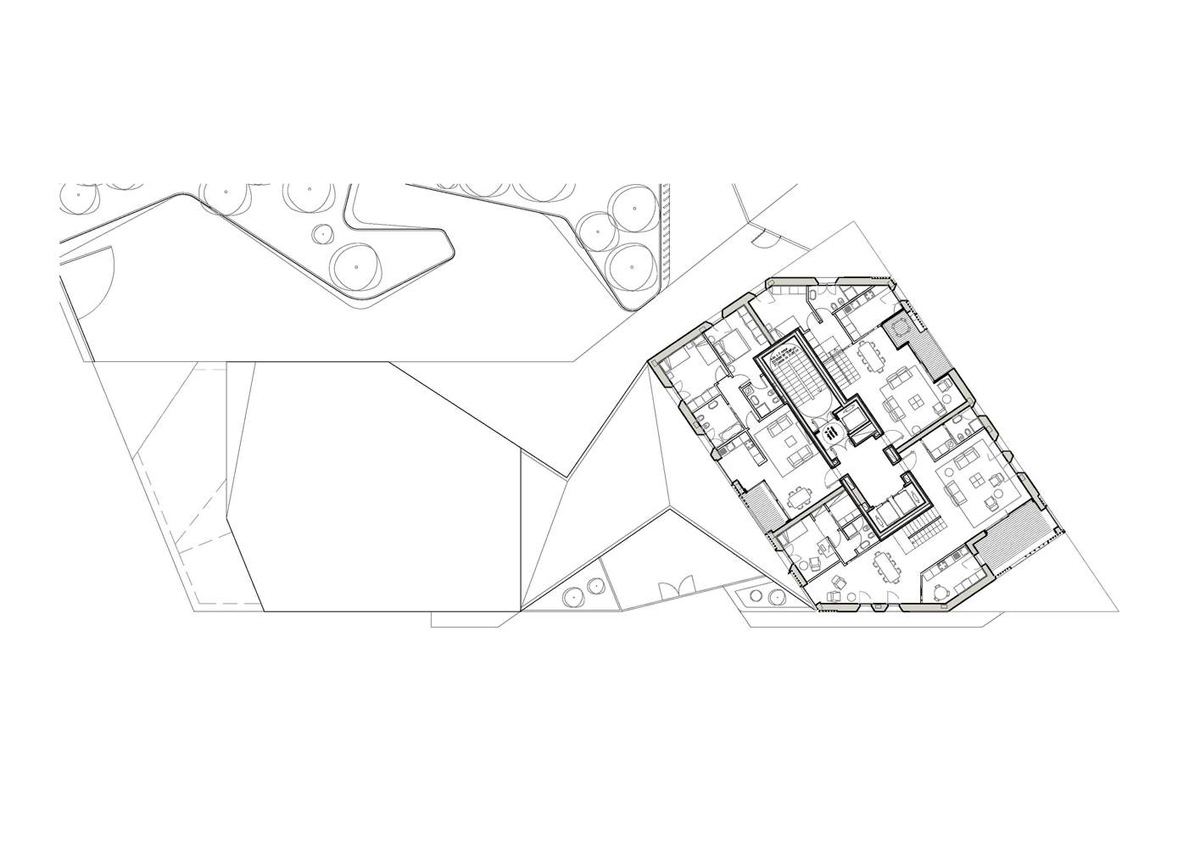 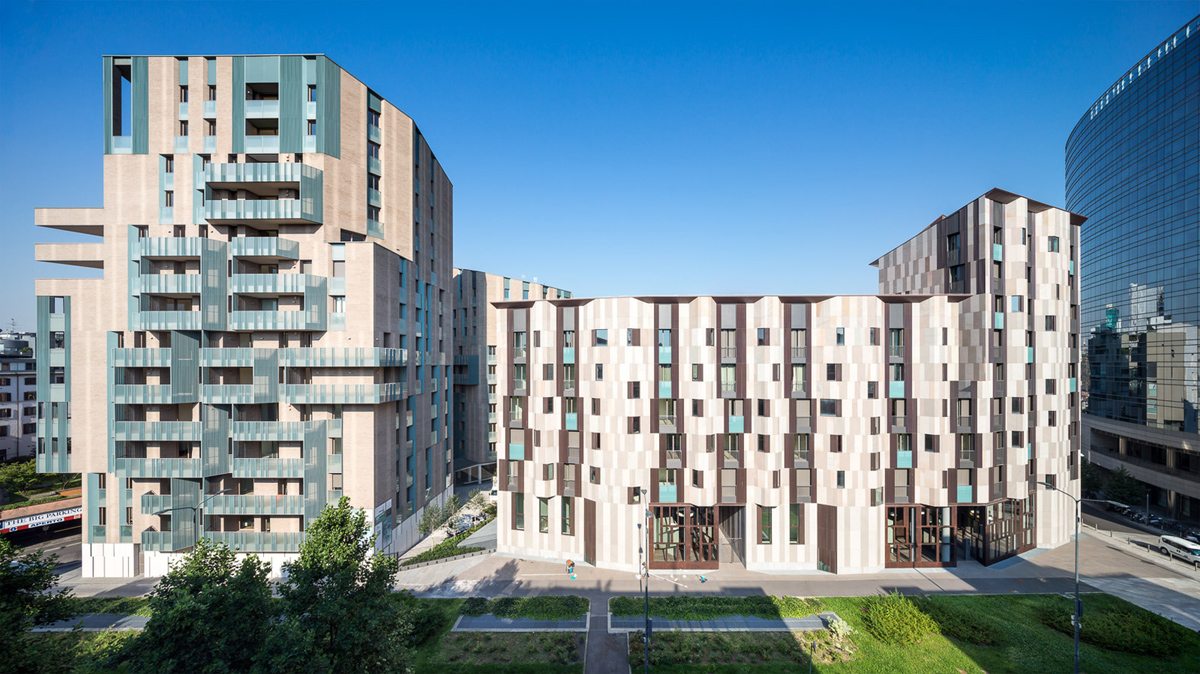 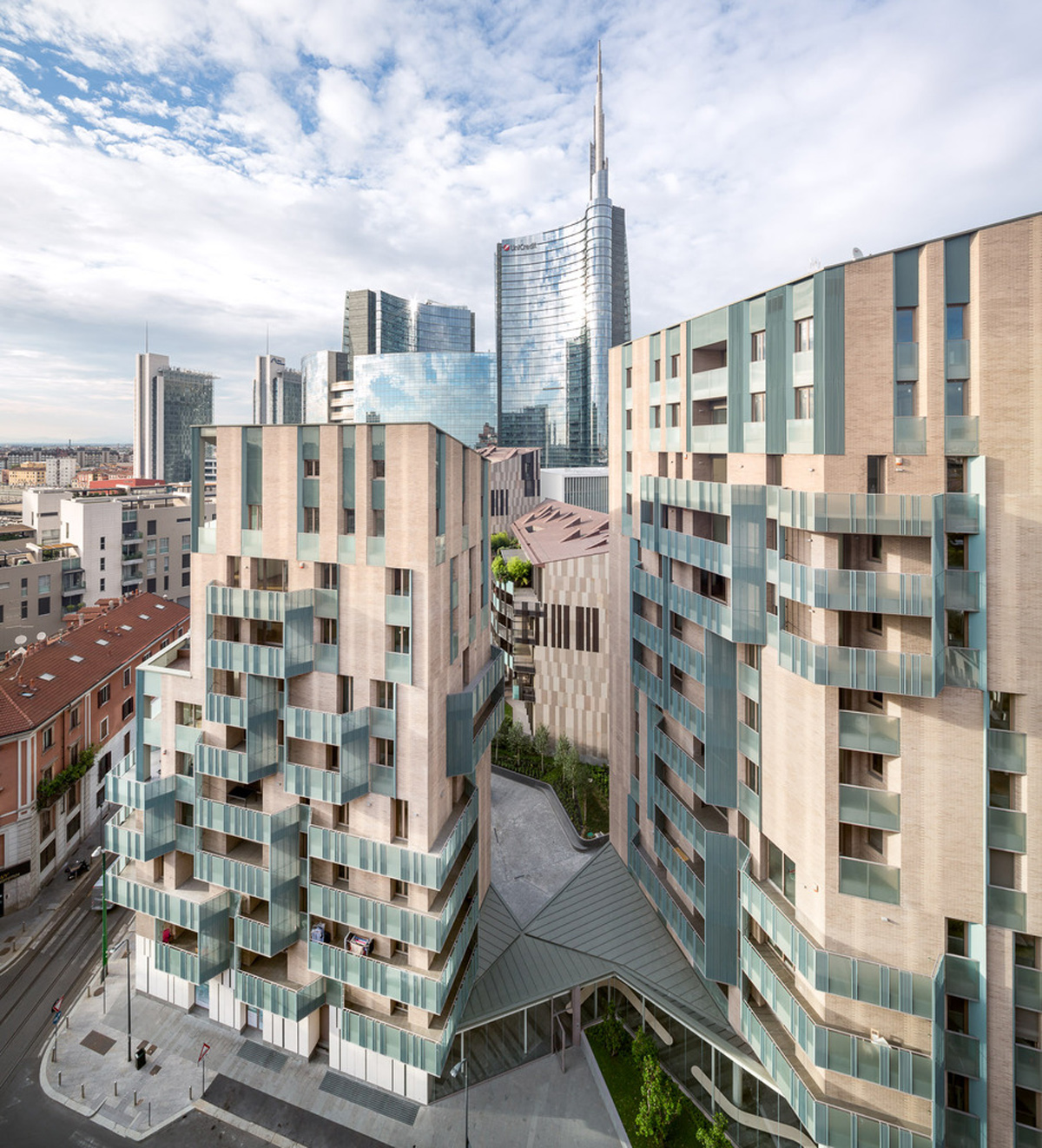