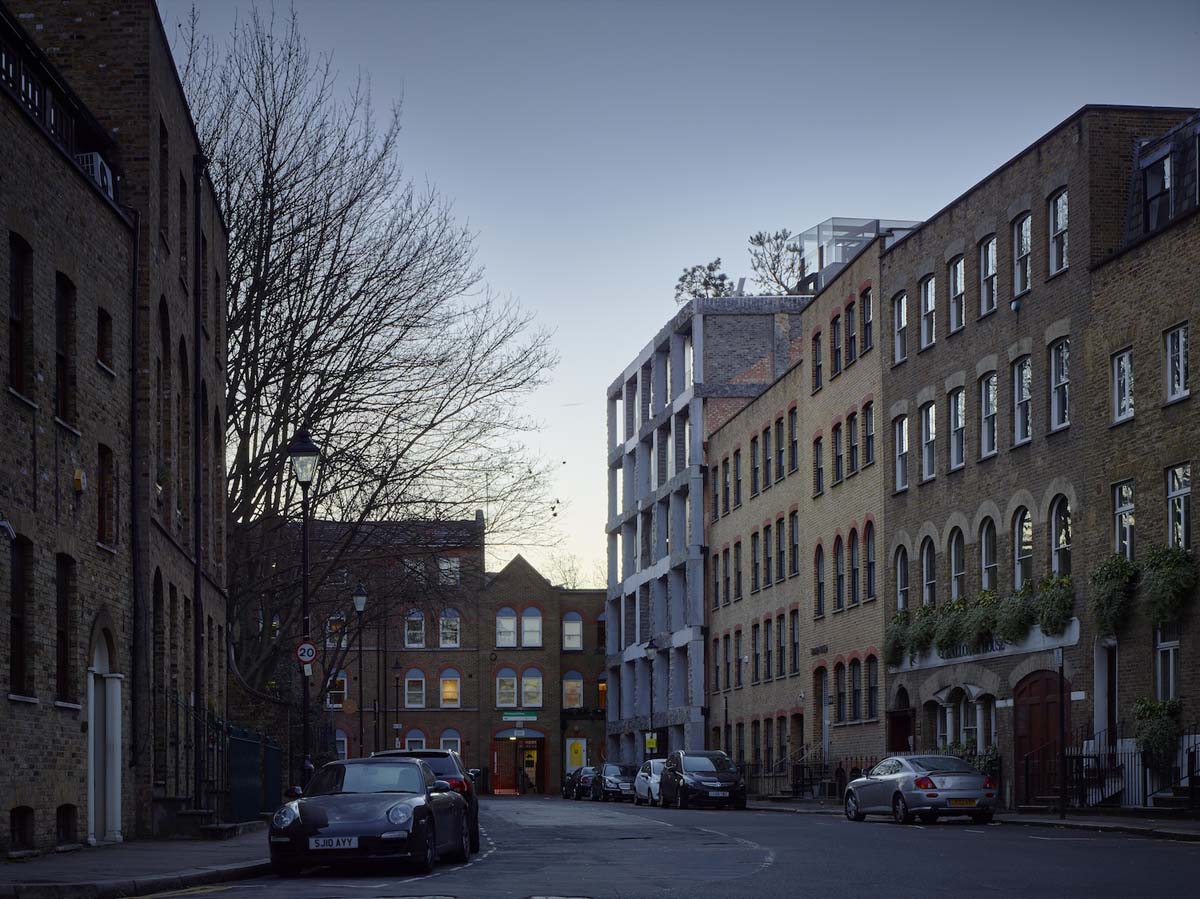 The brief began with a requirement for a loose fit building able to accommodate apartments and offices/studios across column free floors. Enough time was available to investigate context and a number of possible solutions for a replacement building that would sit within the all but vanished boundaries of an C11th limestone Norman abbey. One able to integrate, extract and perhaps make new a broader and better sense of context than that now dominated by late C20th pastiche.

Originally built by Baron Jordan Briset, the abbey was expanded and remodelled until its C16th dissolution precipitated a gradual erosion through subdivision and conversion into grand houses for the newly protestant barons. Oliver Cromwell replacing them with a new home on the Close before the restoration saw yet further subdivision into smaller rented properties that by the C19th briefly housed Marx and Lenin. Lastly and ignominiously a furniture sales room occupied the then still intact abbey kitchens and dining hall before fire and the 1970’s left only a few stones and the road layout as a memory of the abbey enclave.

As the Normans discovered and introduced to this country, limestone, when kept freshly wet from the quarry remains soft enough to more easily carve before calcifying for strong fortifications, initially helpful in successfully establishing conquests before being employed for religious and buildings of state. For arguably better weathering, fire and structural integrity that knowledge and skill of combining material and structure to help drive and give form to the architecture has somewhat been lost with the ubiquitous layering of cladding over frame.

Using quarry found finishes, part carved and abandoned stone columns, revealed cloisters and mosaic floors 15 Clerkenwell Close at first alludes to a local archaeology, but also raises questions on our architectural heritage and its responsibility within a broader culture. Reminding us the literacy of the built environment is based on understanding and disseminating through building the poetic possibilities inherent within the structural and aesthetic qualities of all materials available that make up the vocabulary of all architectural languages. 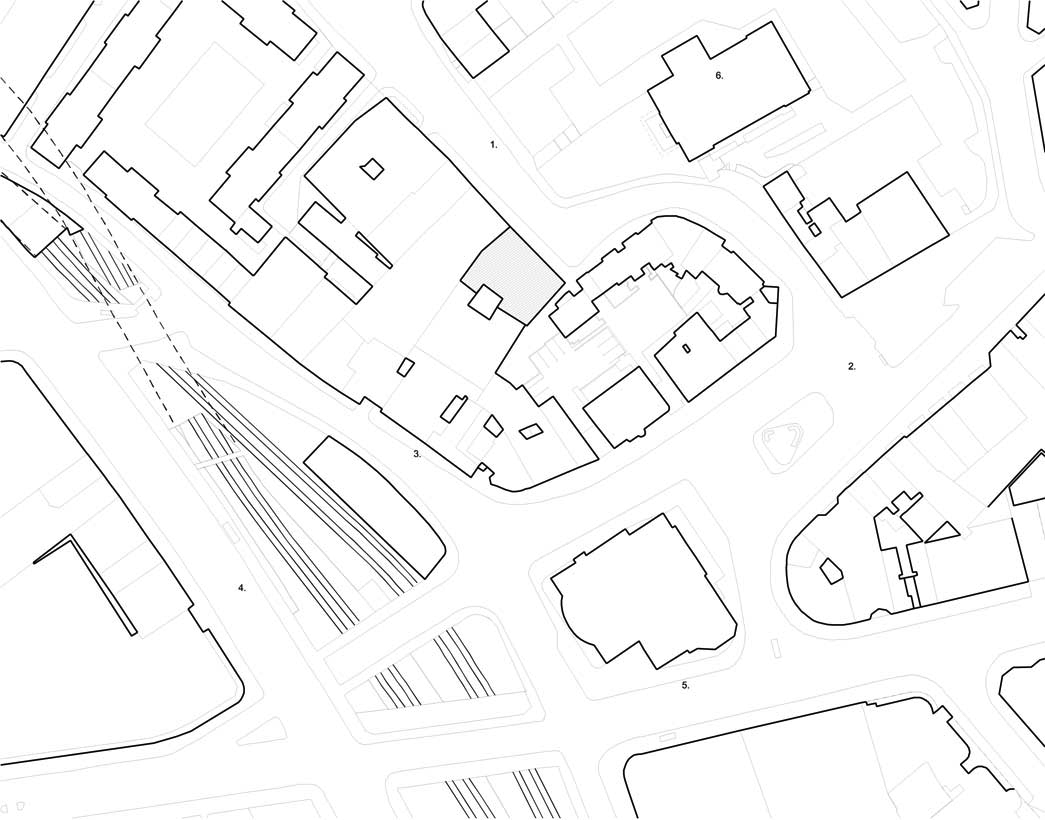 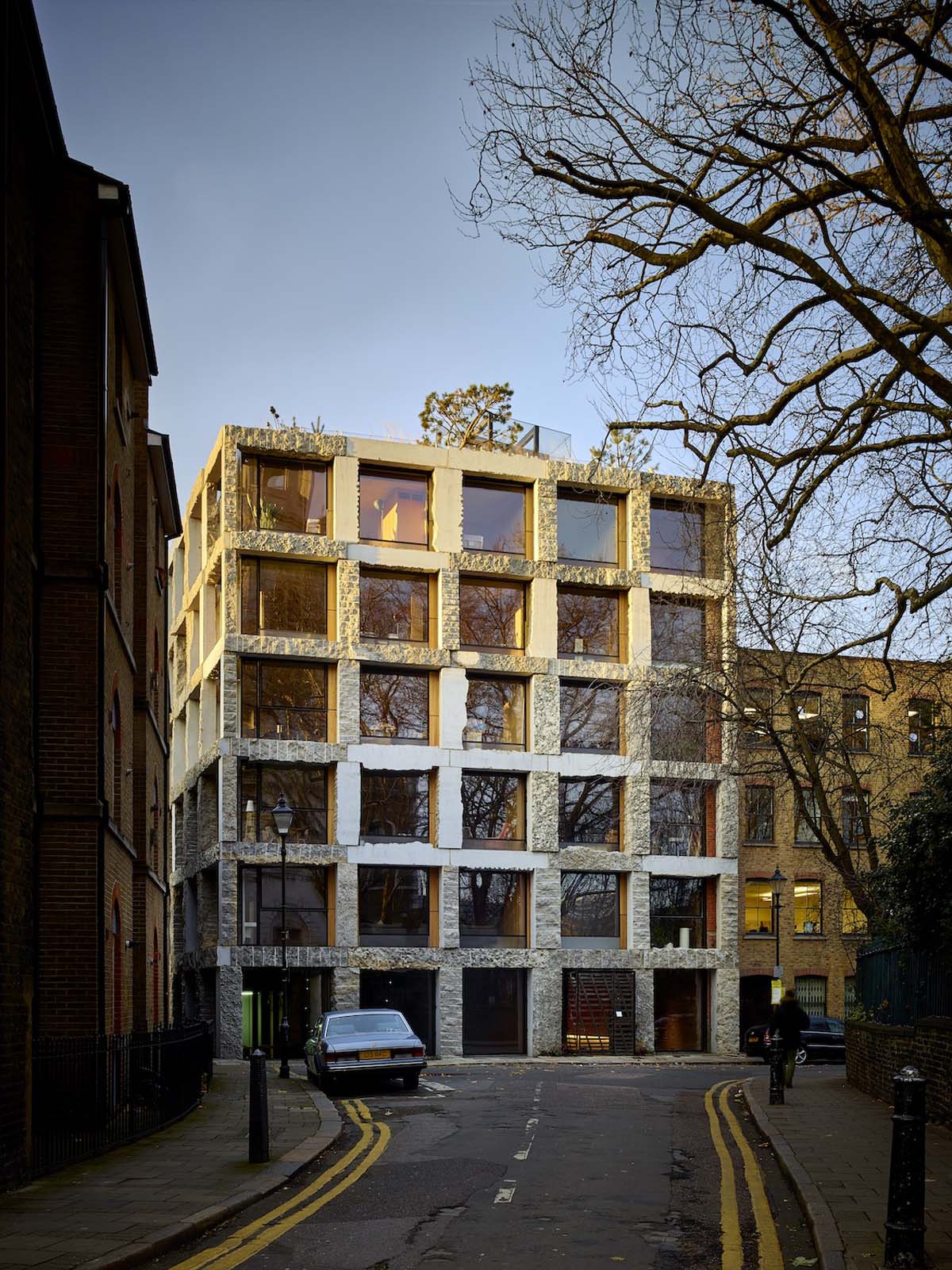 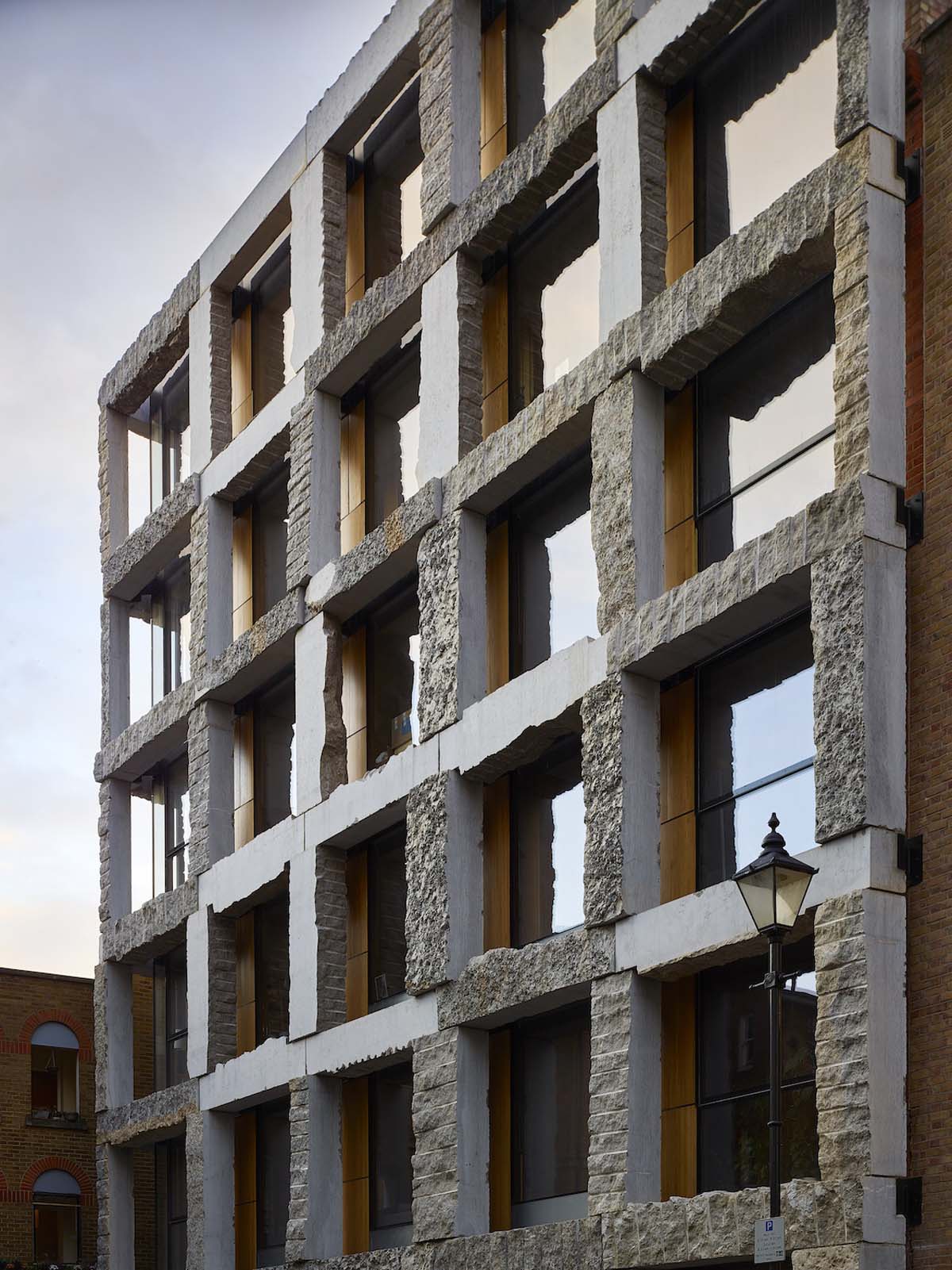 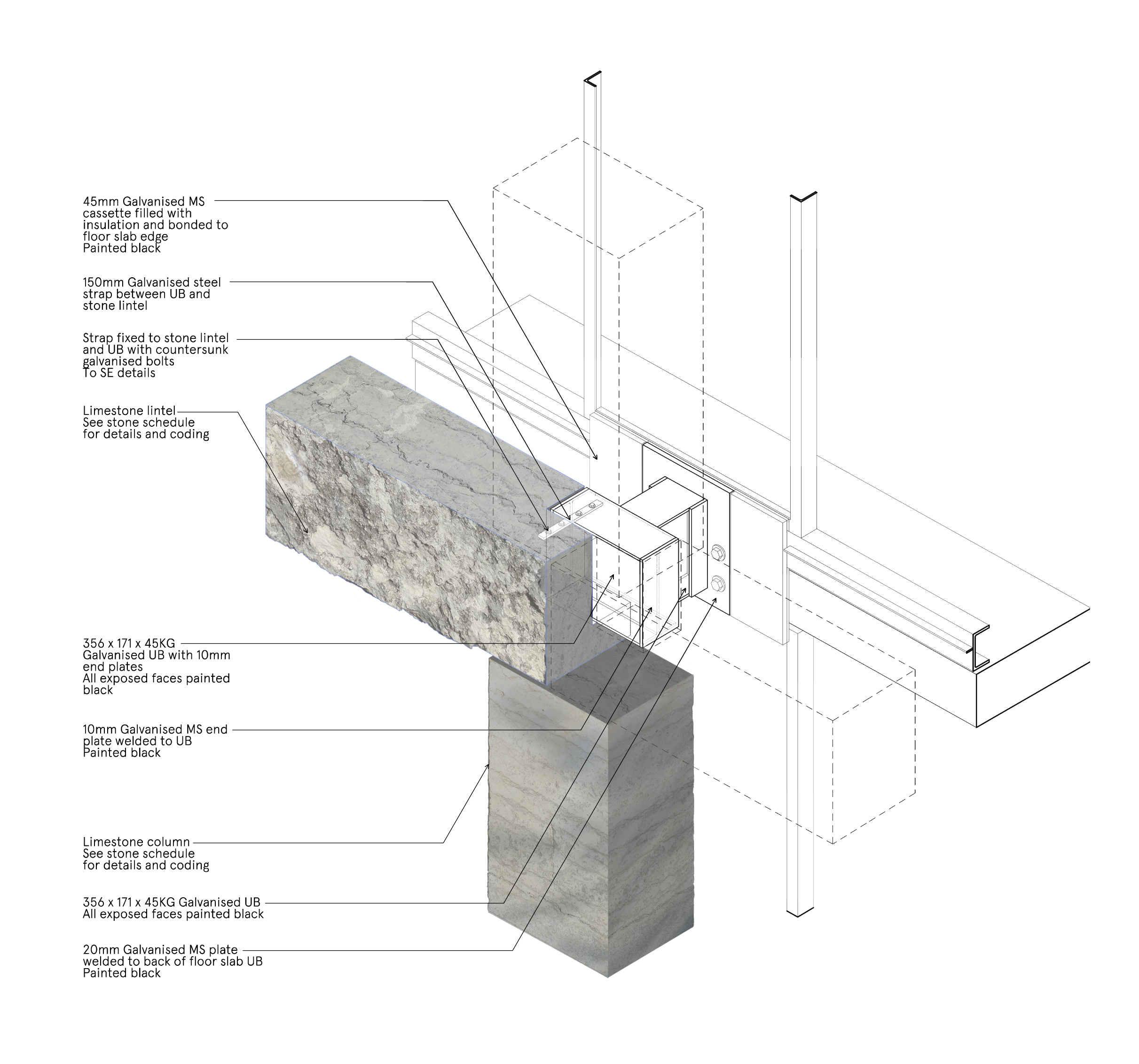 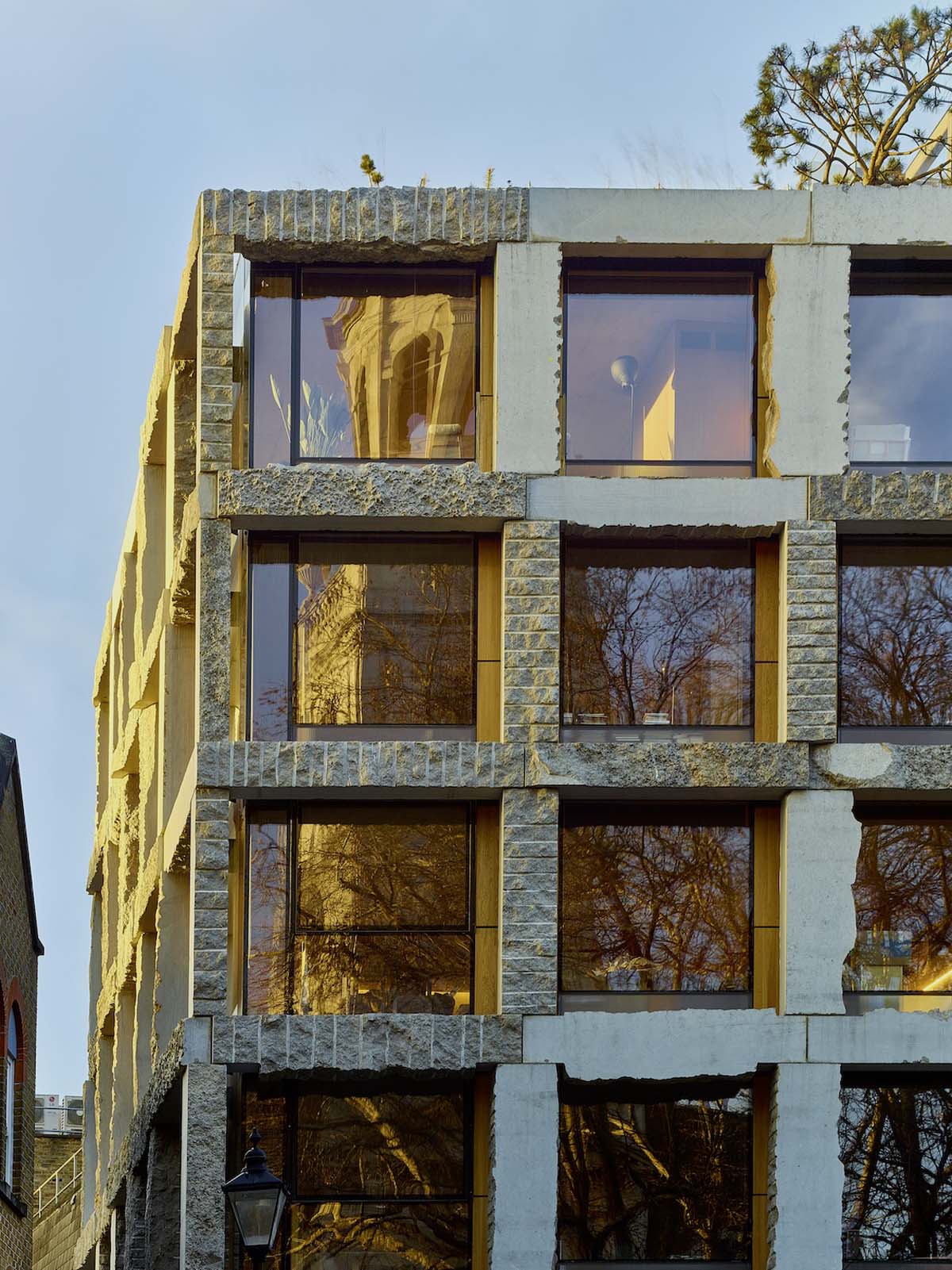 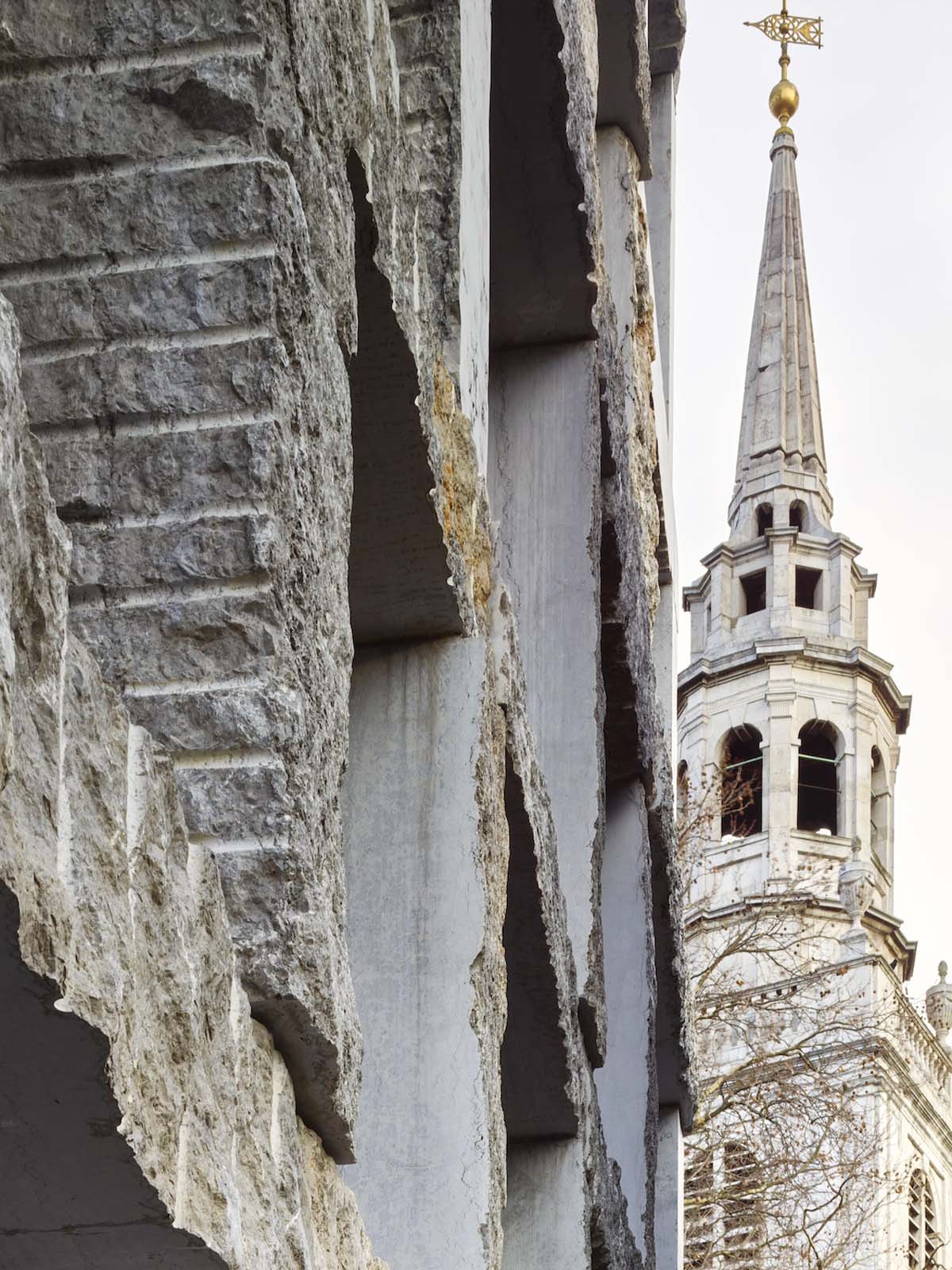 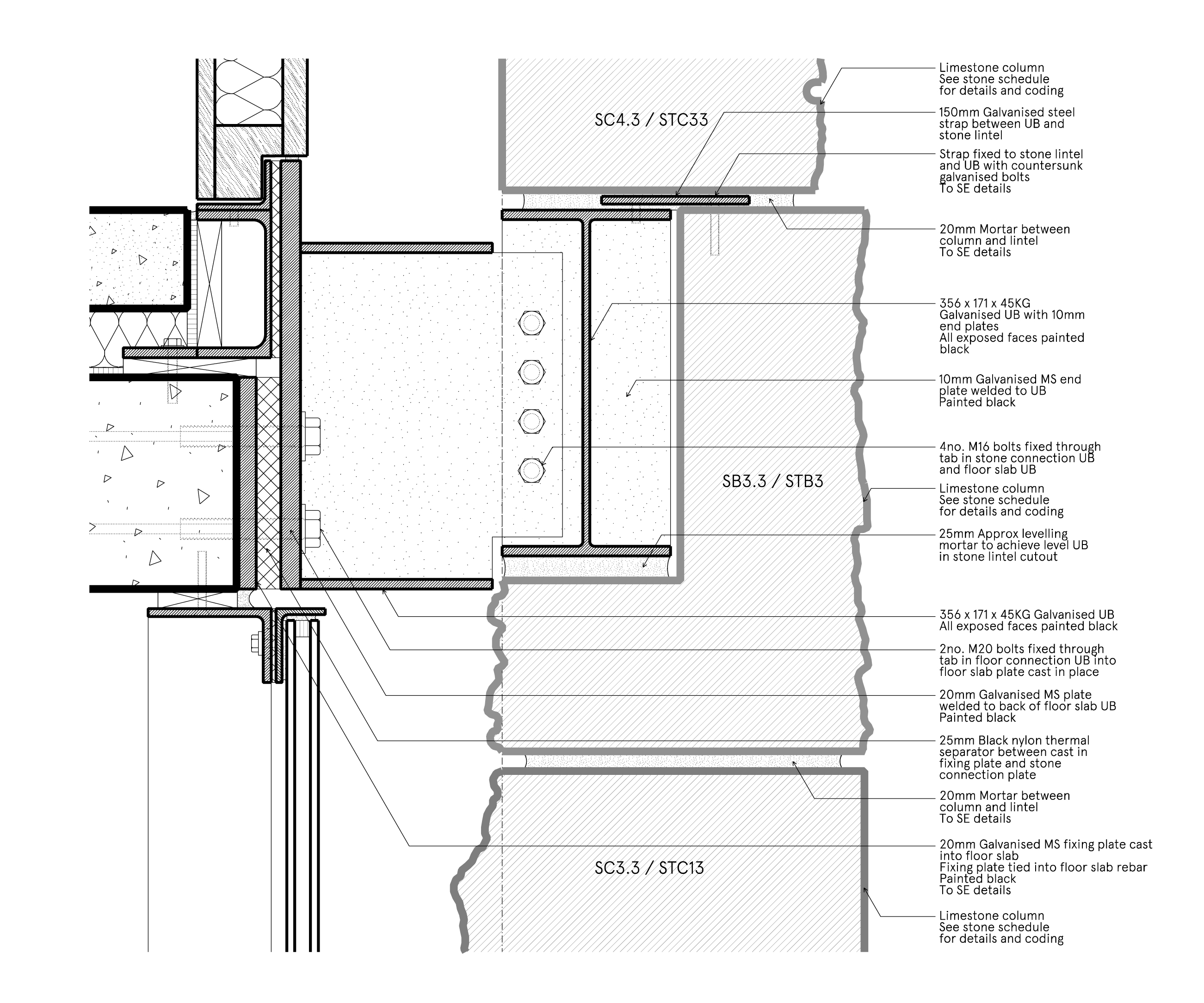 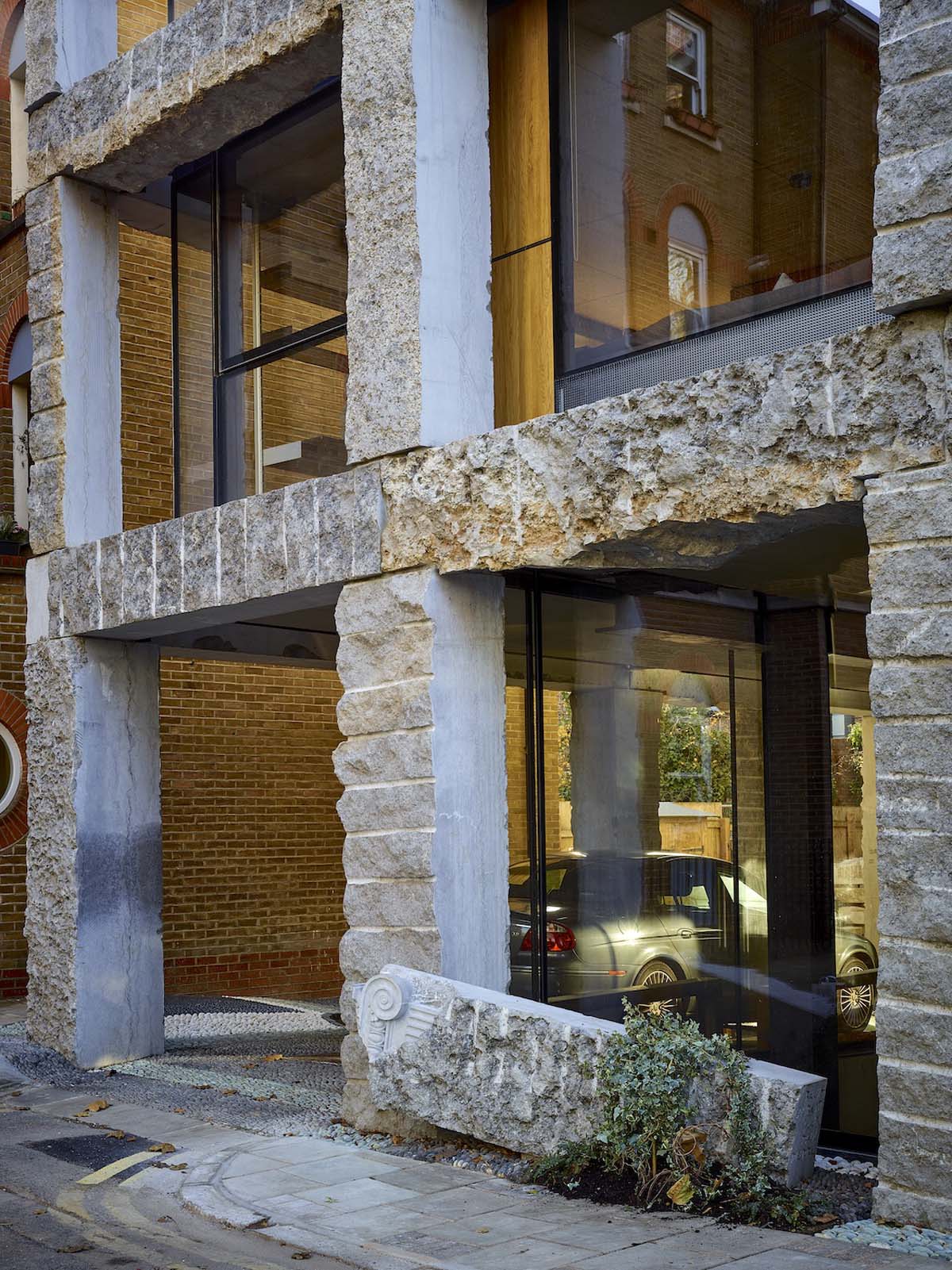 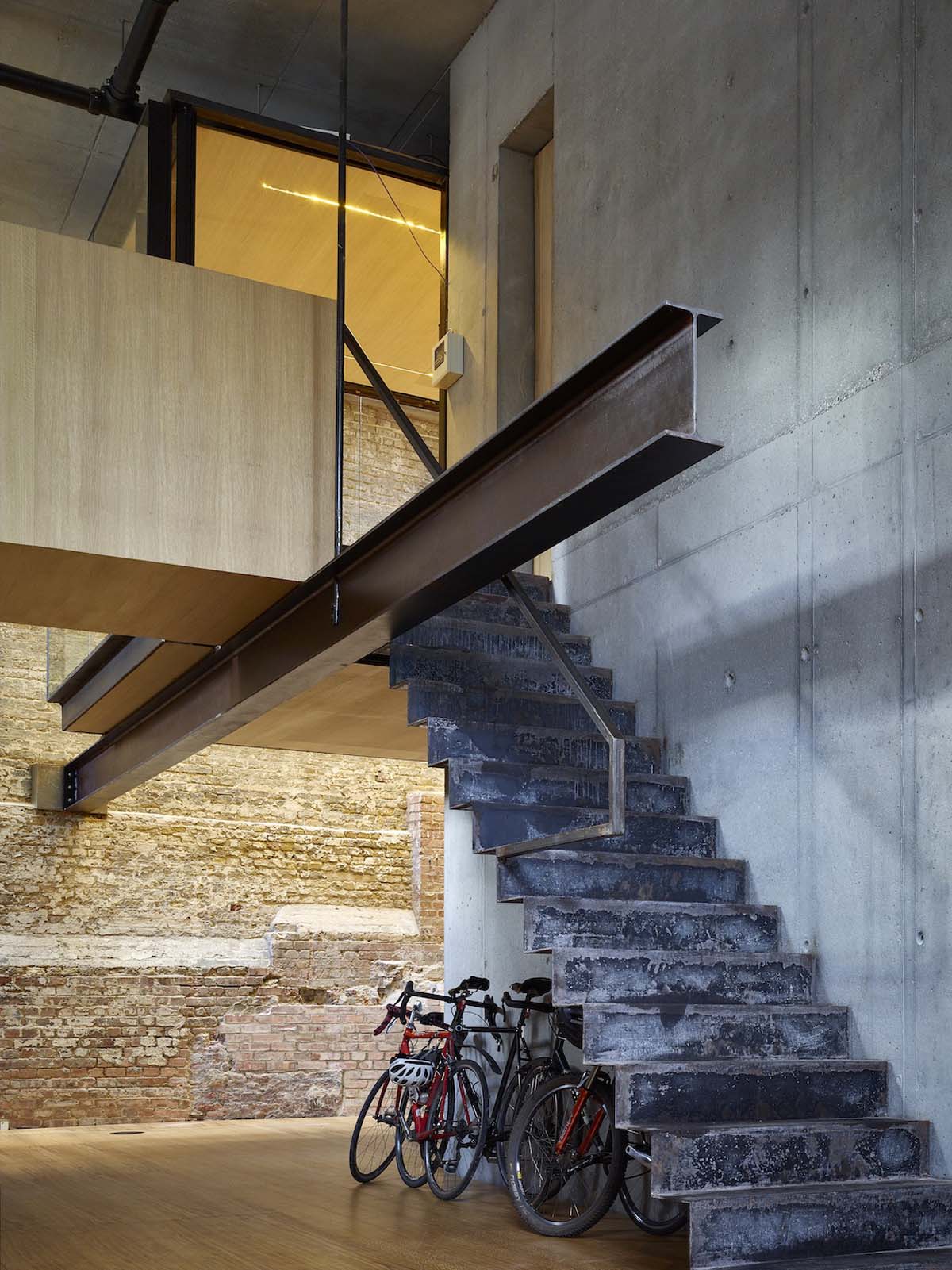 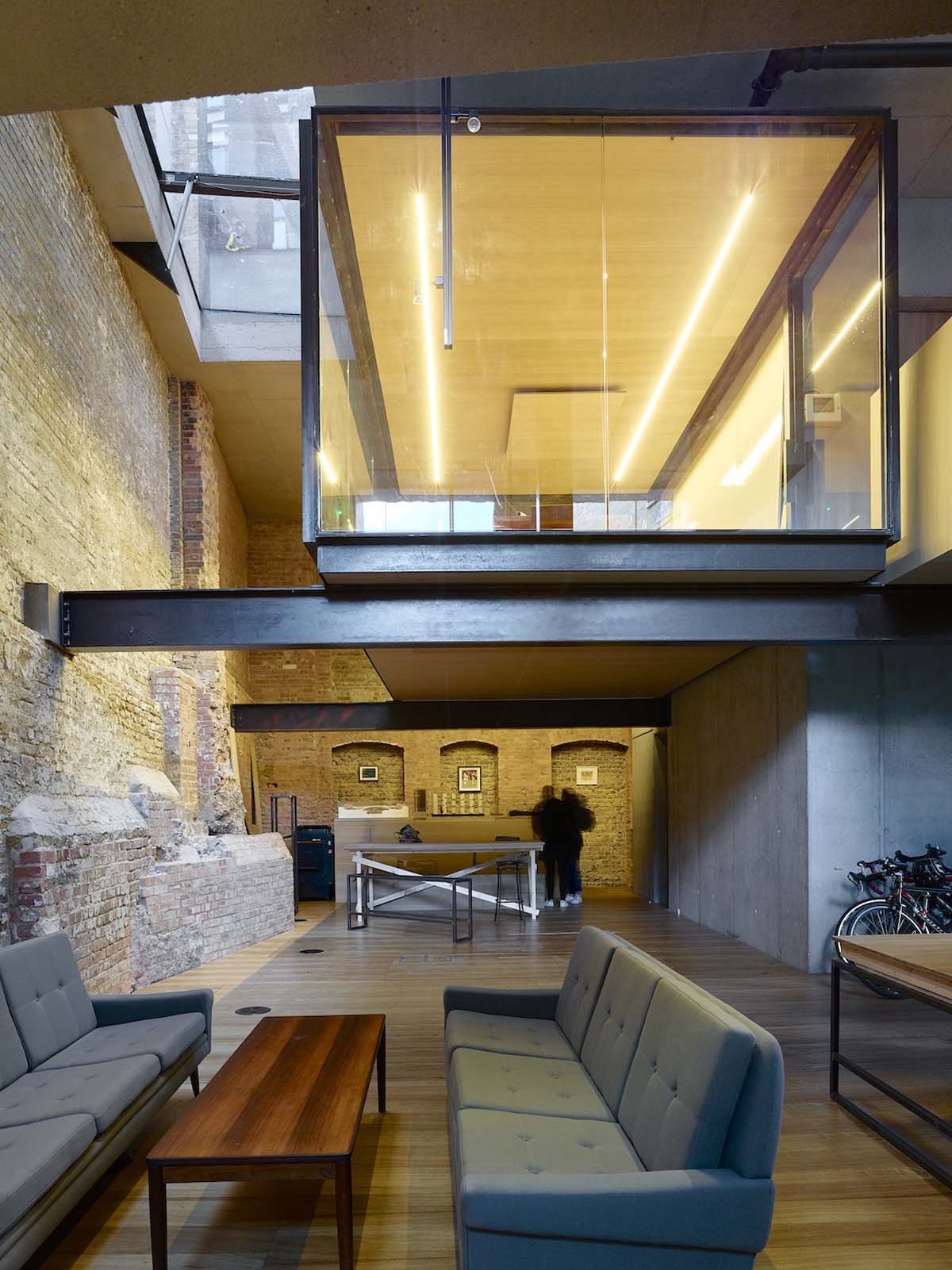 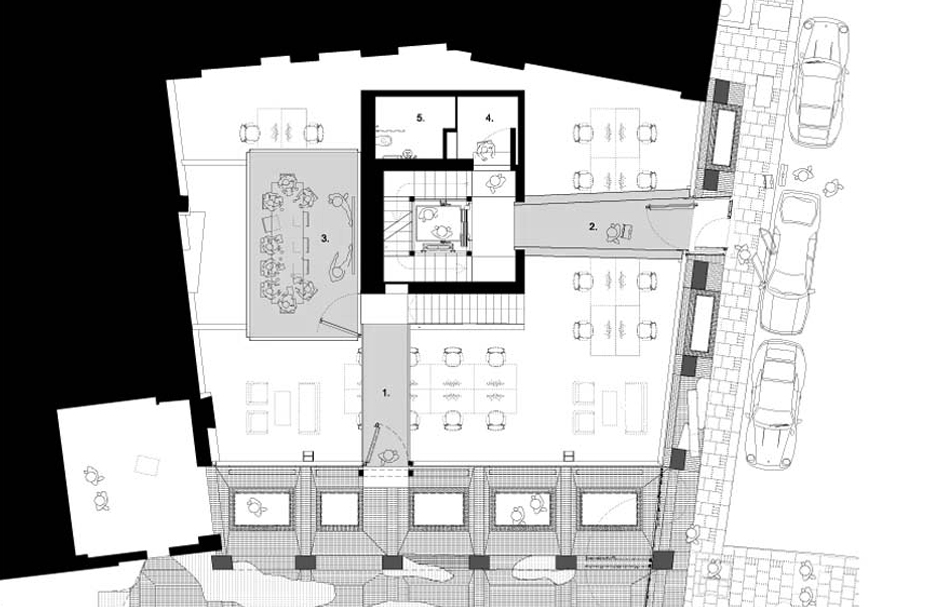 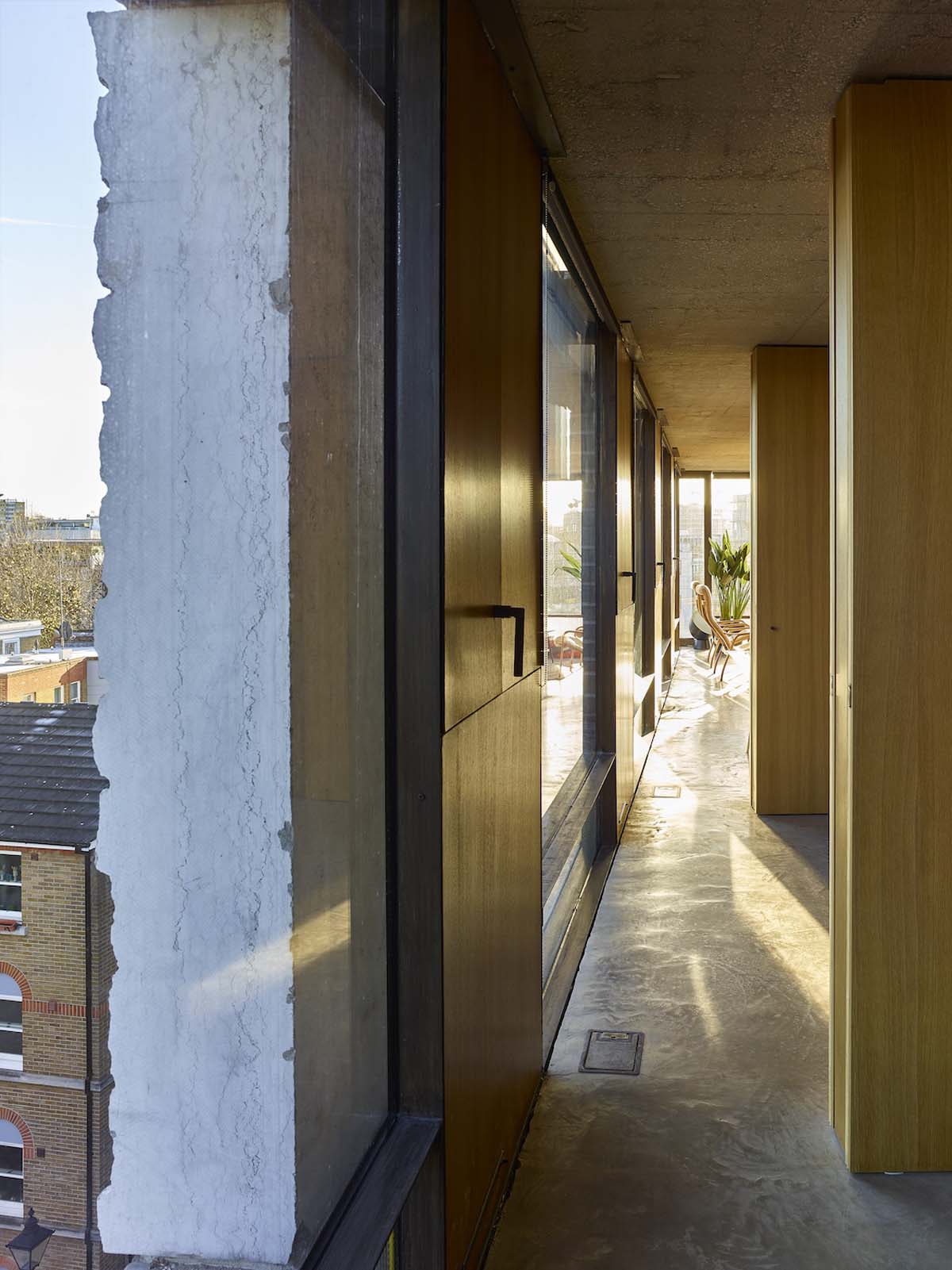 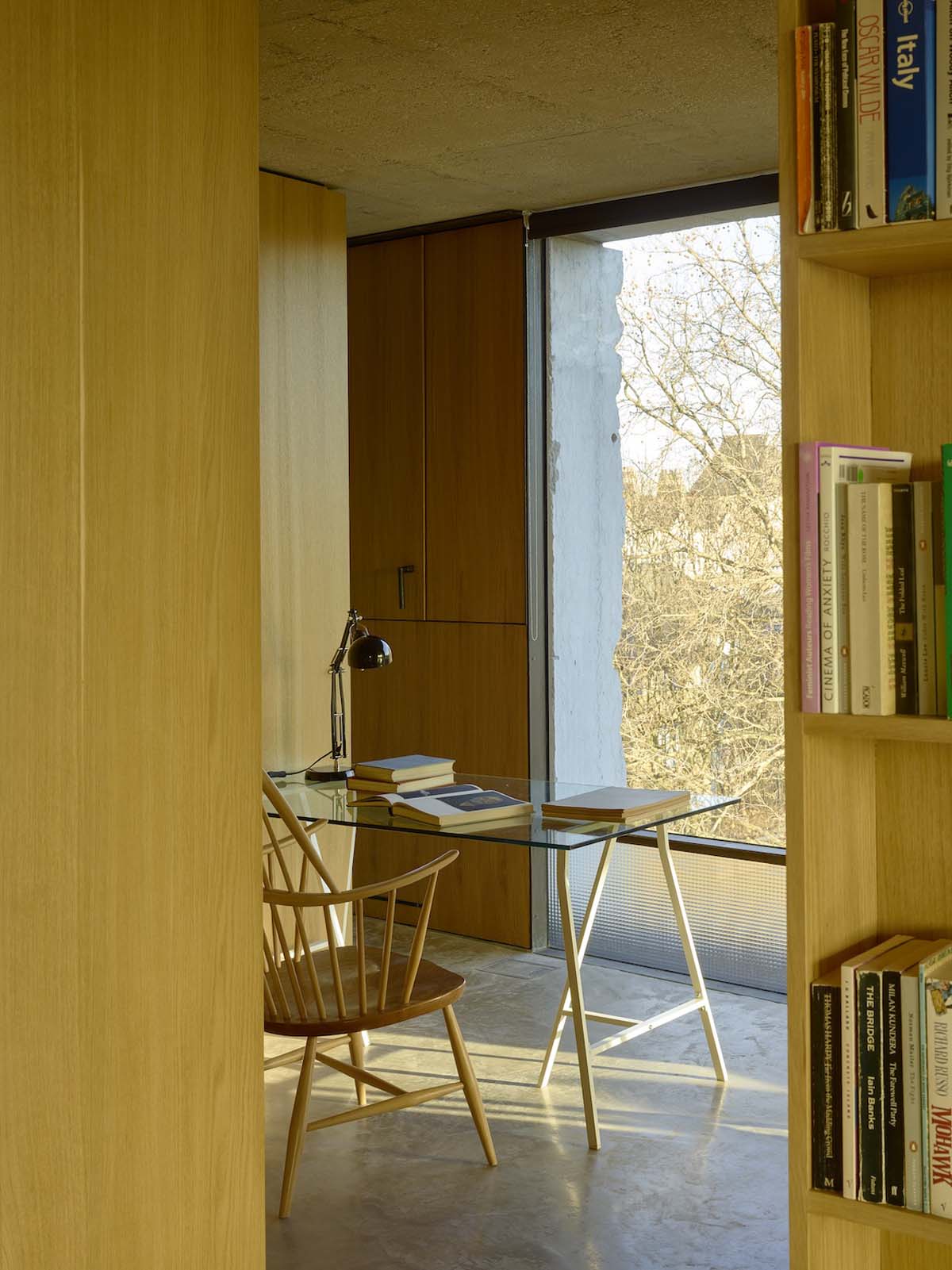 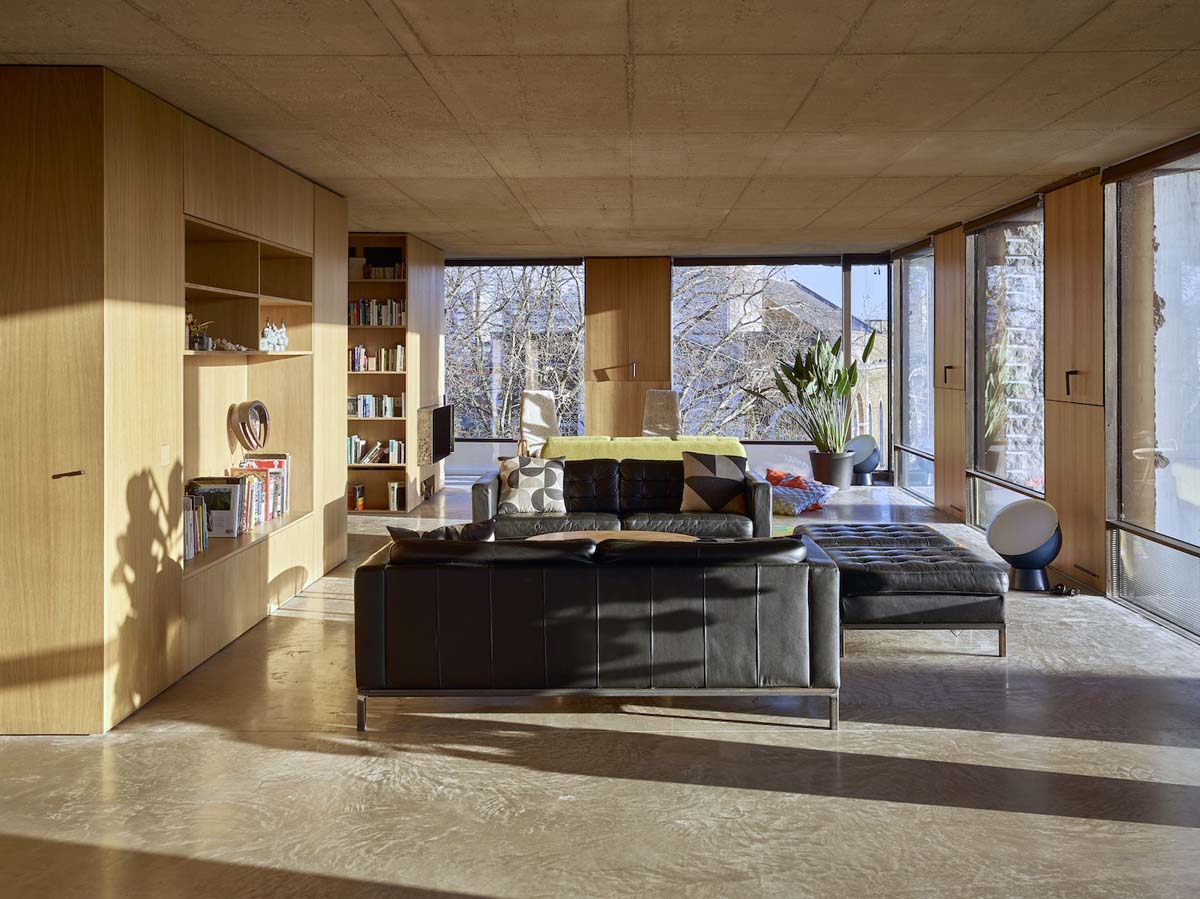 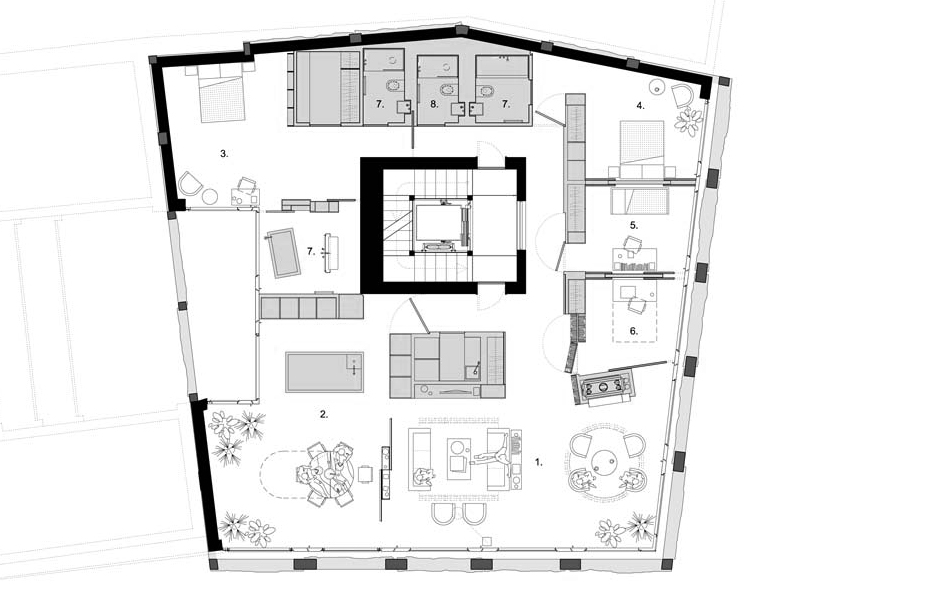 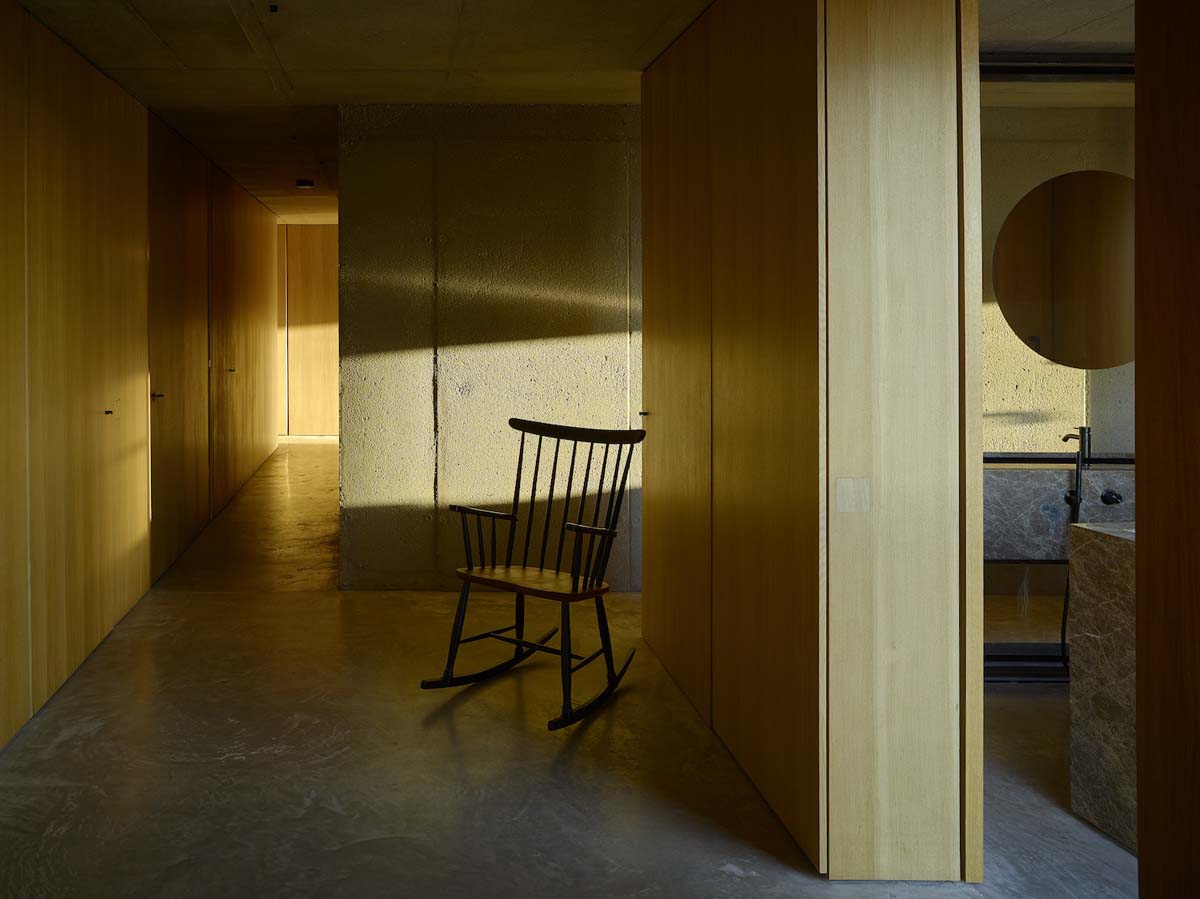 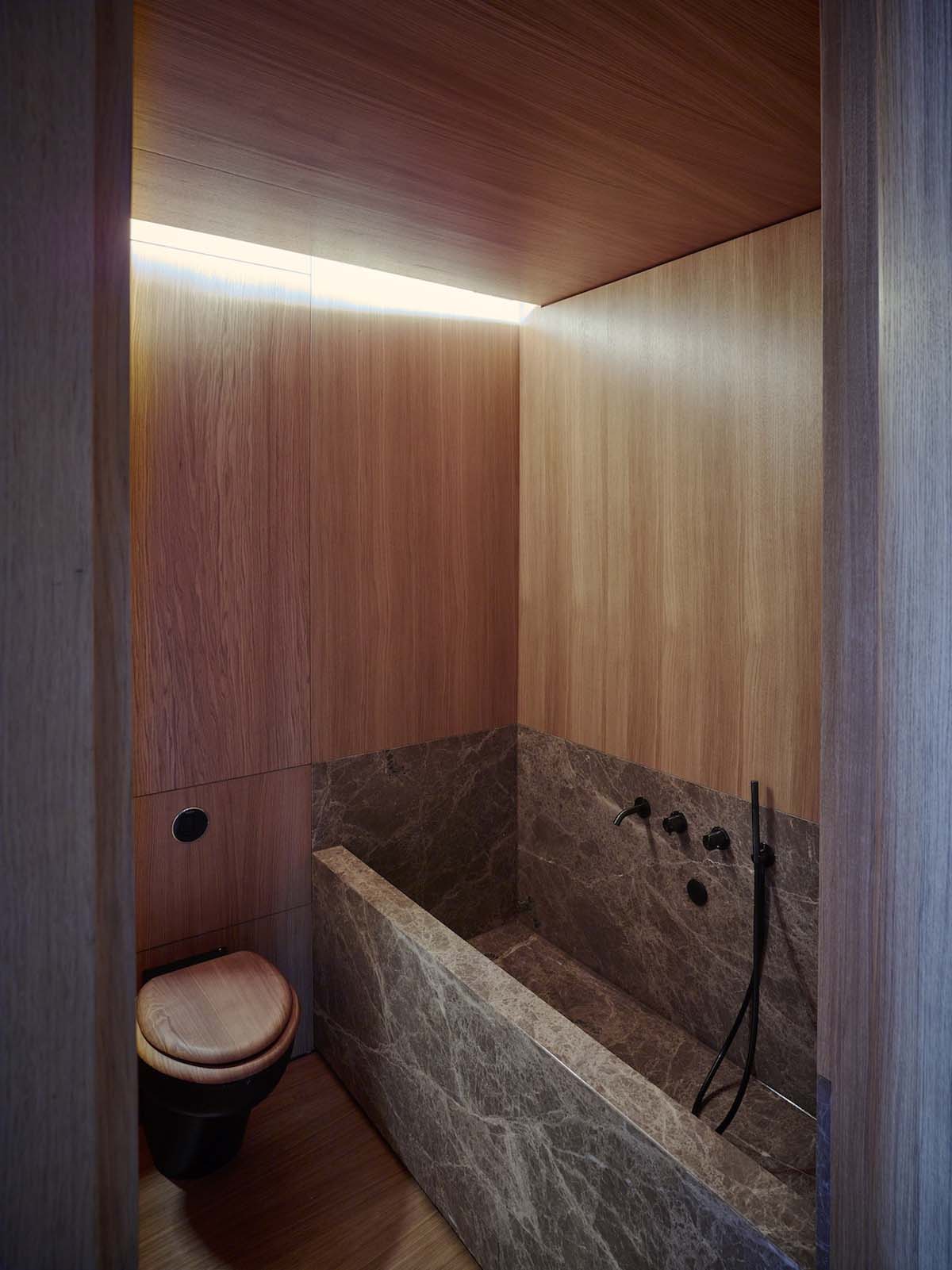