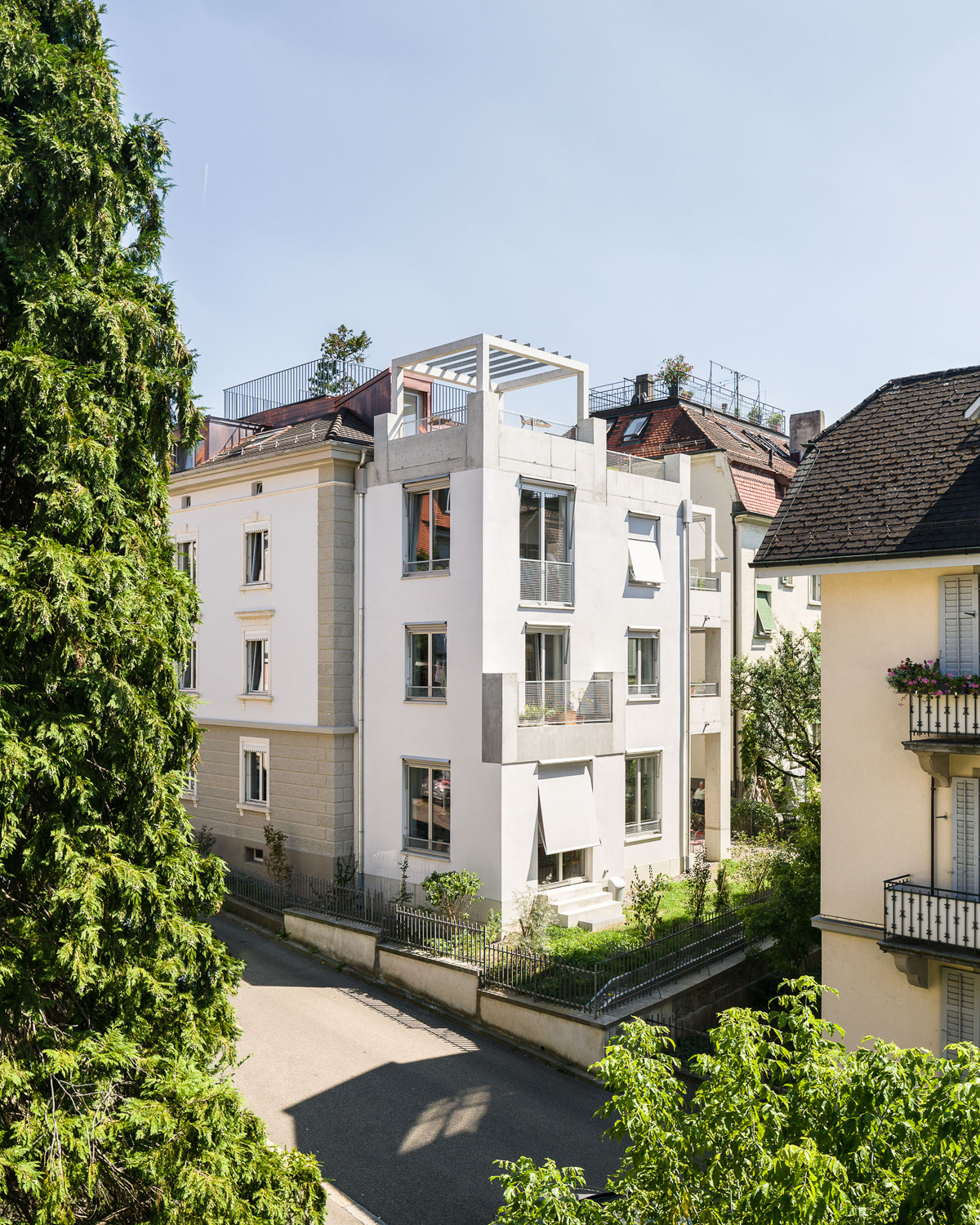 The project is an extension and conversion of an existing apartment building in the centre of Zurich. The chamber-like floor plan of the existing House has been extended from the new centre of the plan to a T-shape figure, that makes the new living space including salon,
kitchen and balcony. The different chambers are still visible through the pillars. They allow having a generous living space without loosing the scale of the existing floor plan. The six square floor plan is extended into a typical Palladio-like nine square floor plan. On the outside the extension makes a new facade towards the garden. The new volume has a tower-like appearance because of the pergola on the top of the roof terrace. The proportions of the new windows are worked out of the window sizes of the existing house. Through the extension the house has a new appearance but it appears still in the plan and façade as one building. 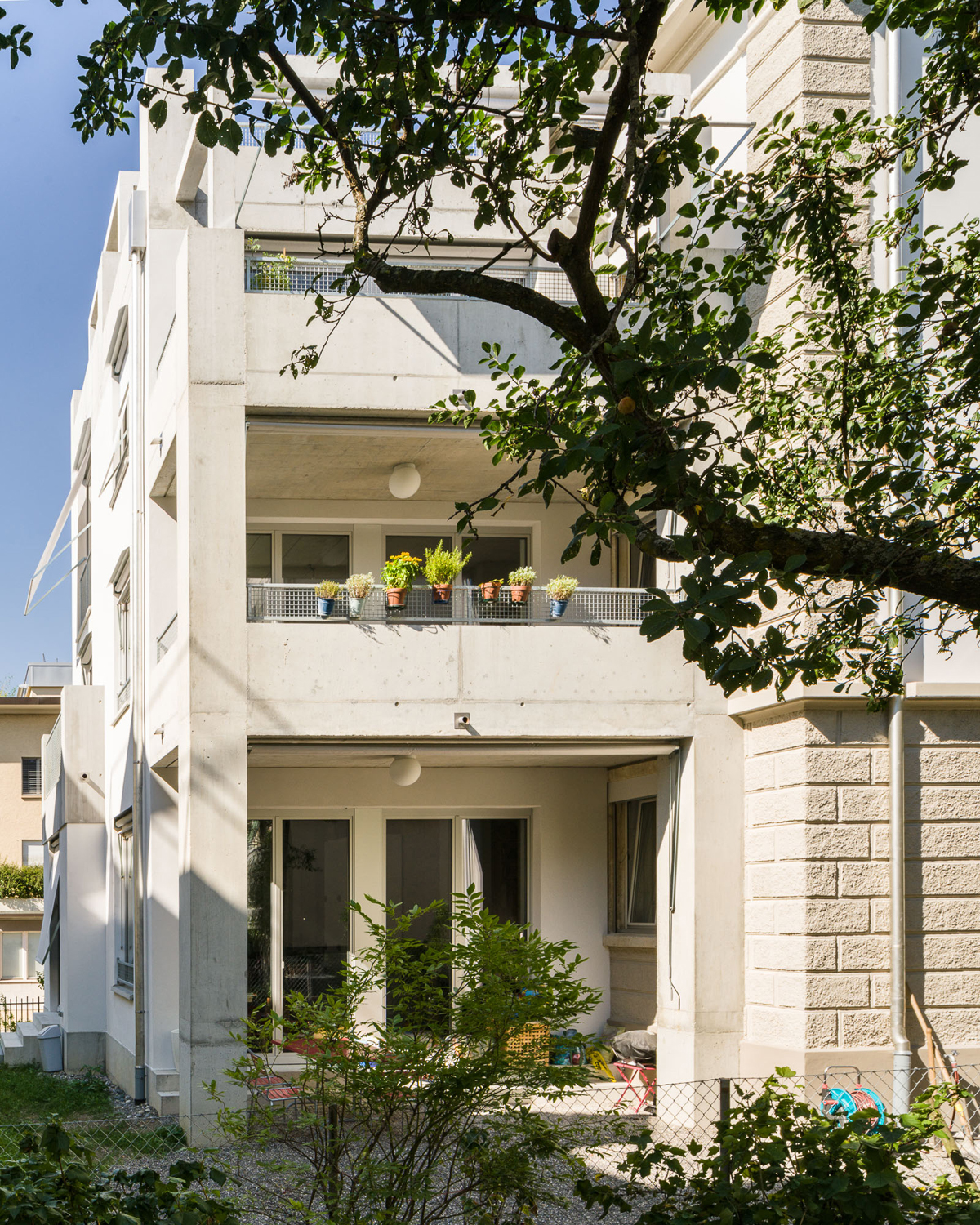 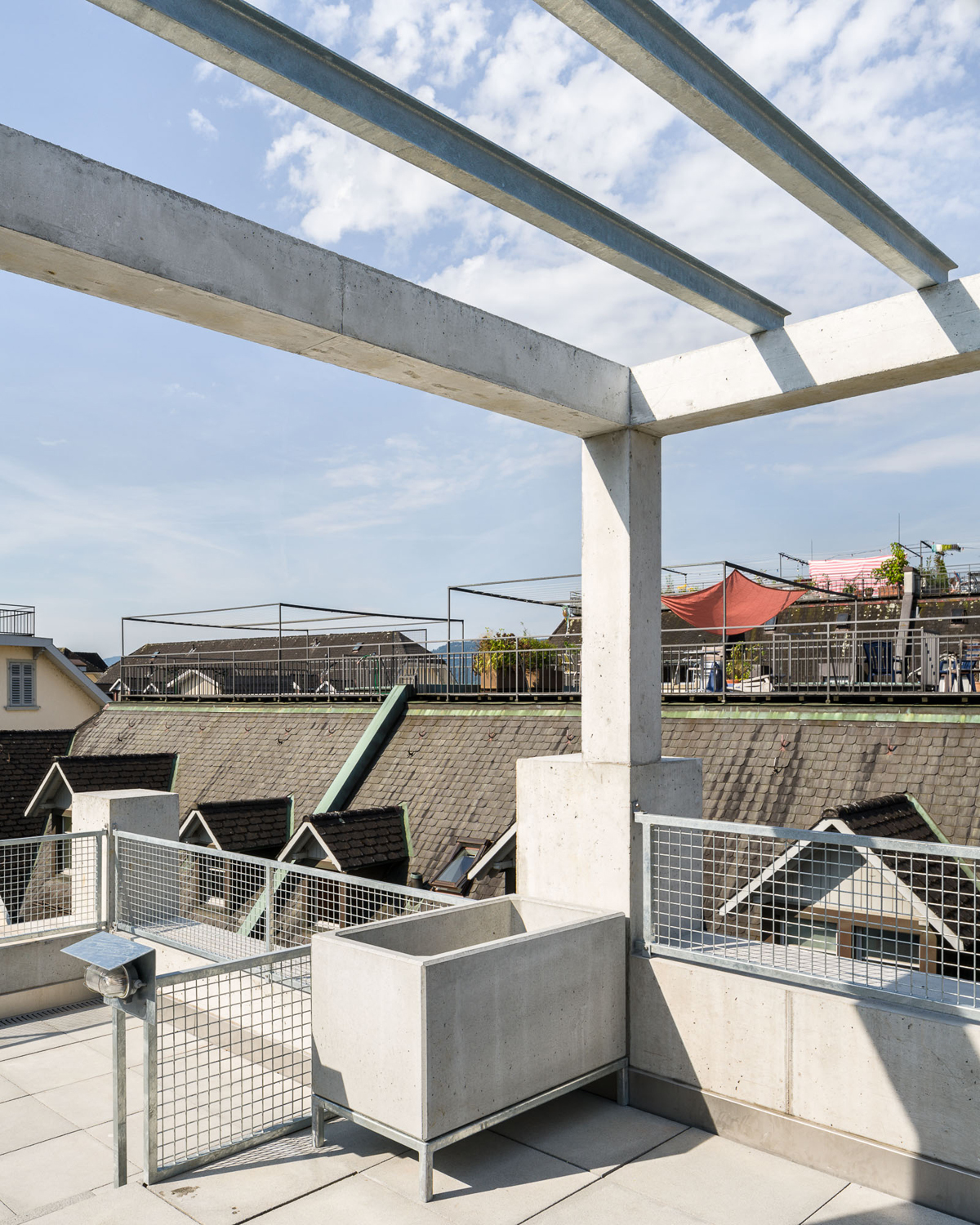 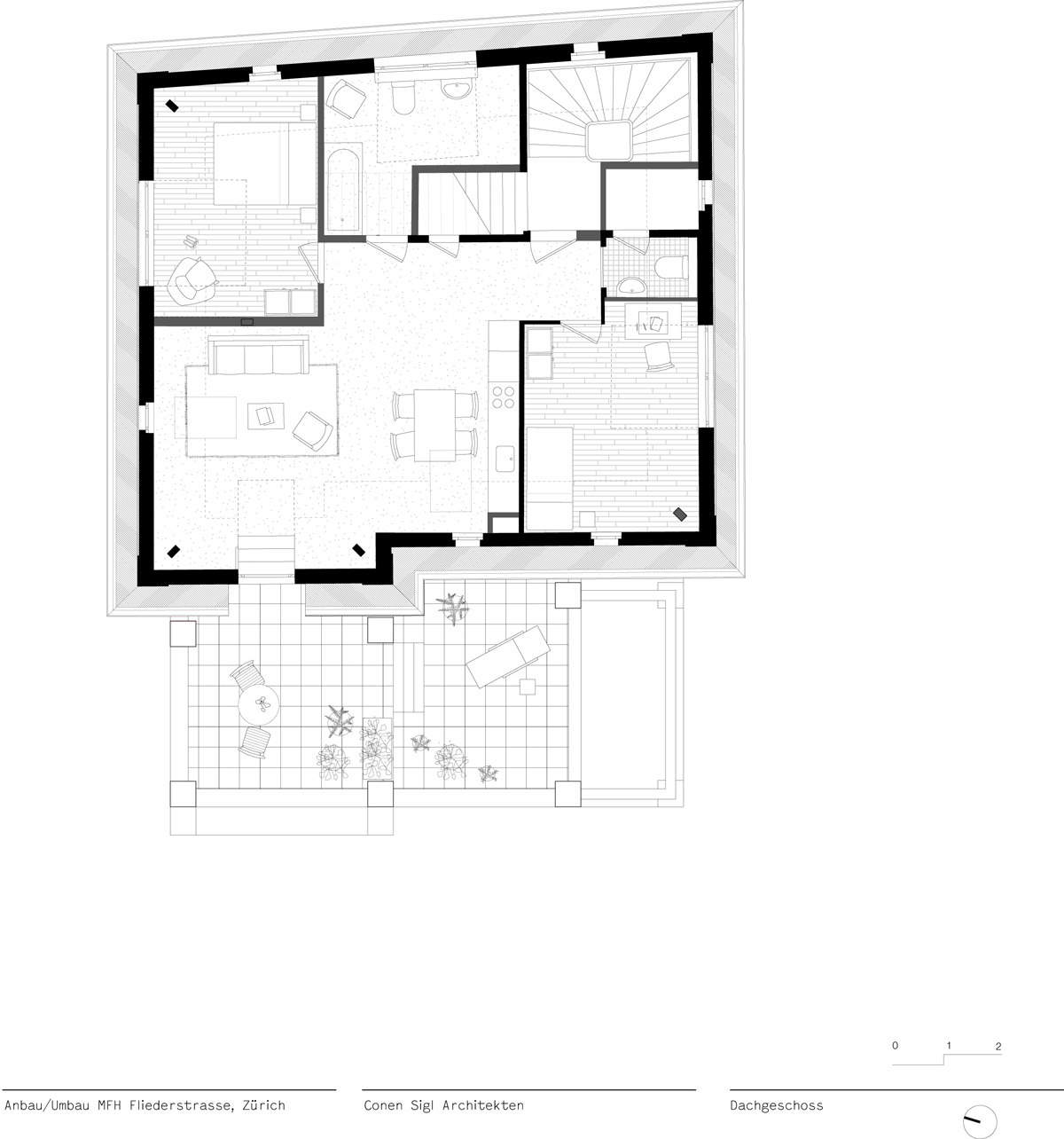 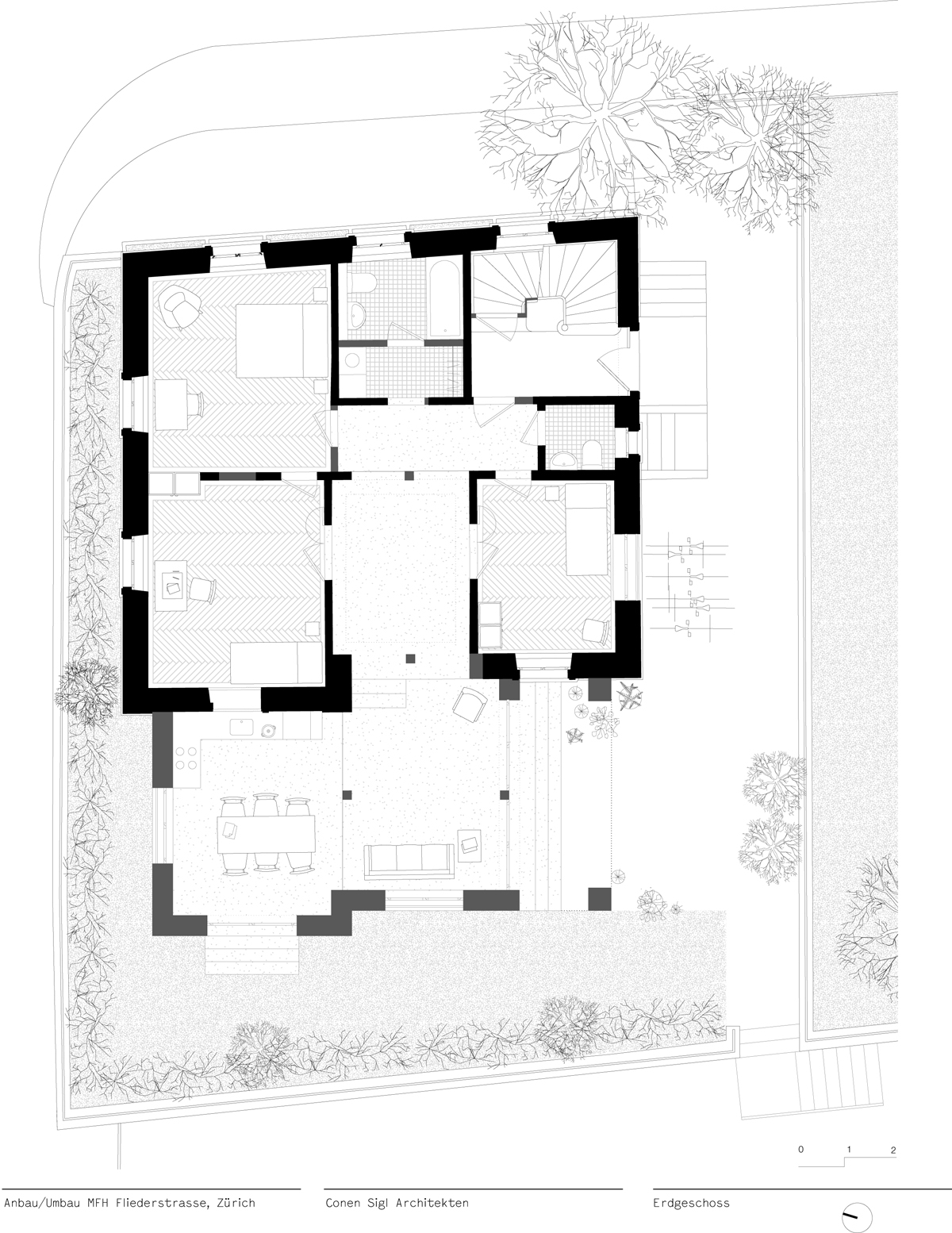 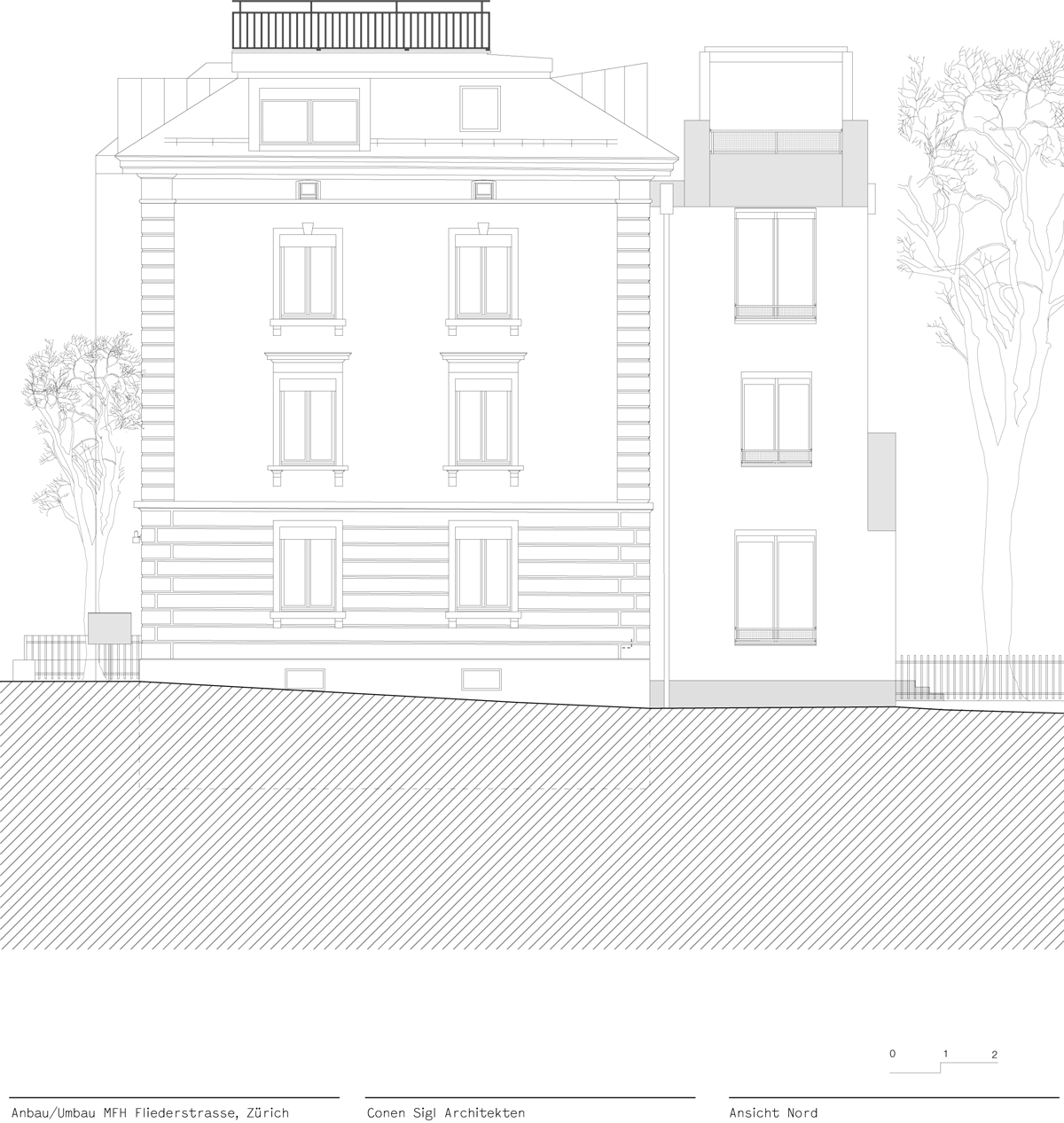 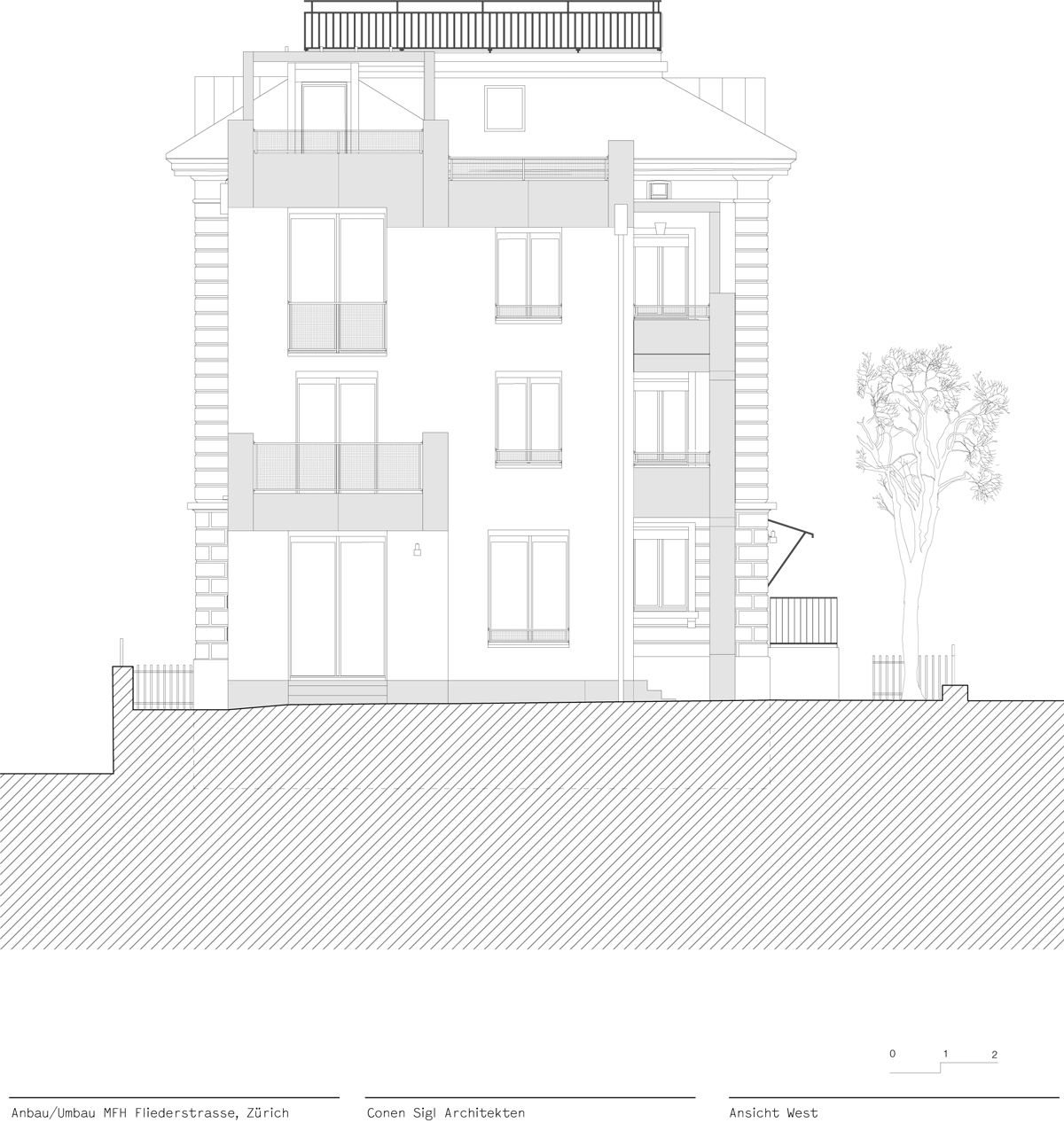 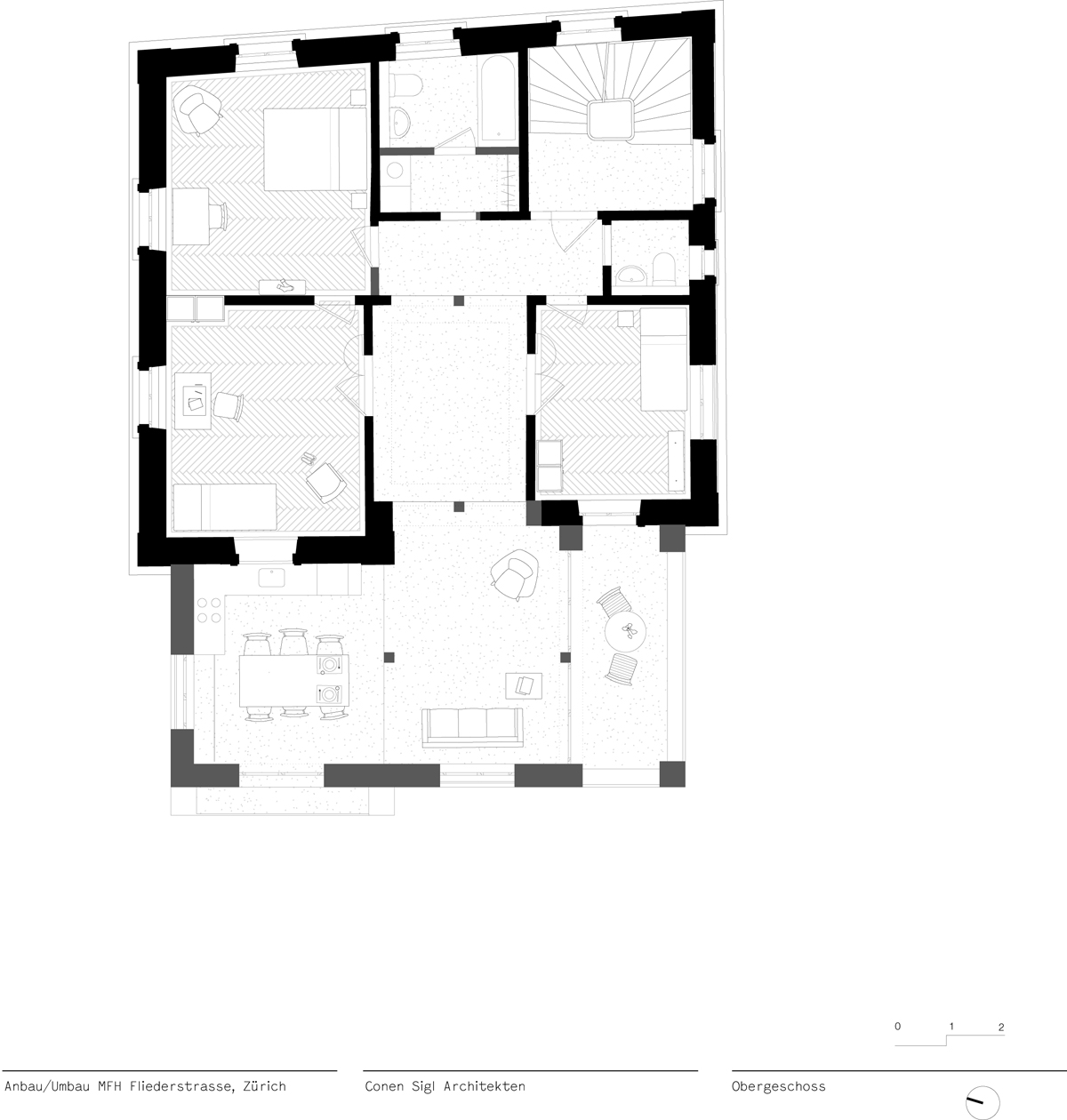 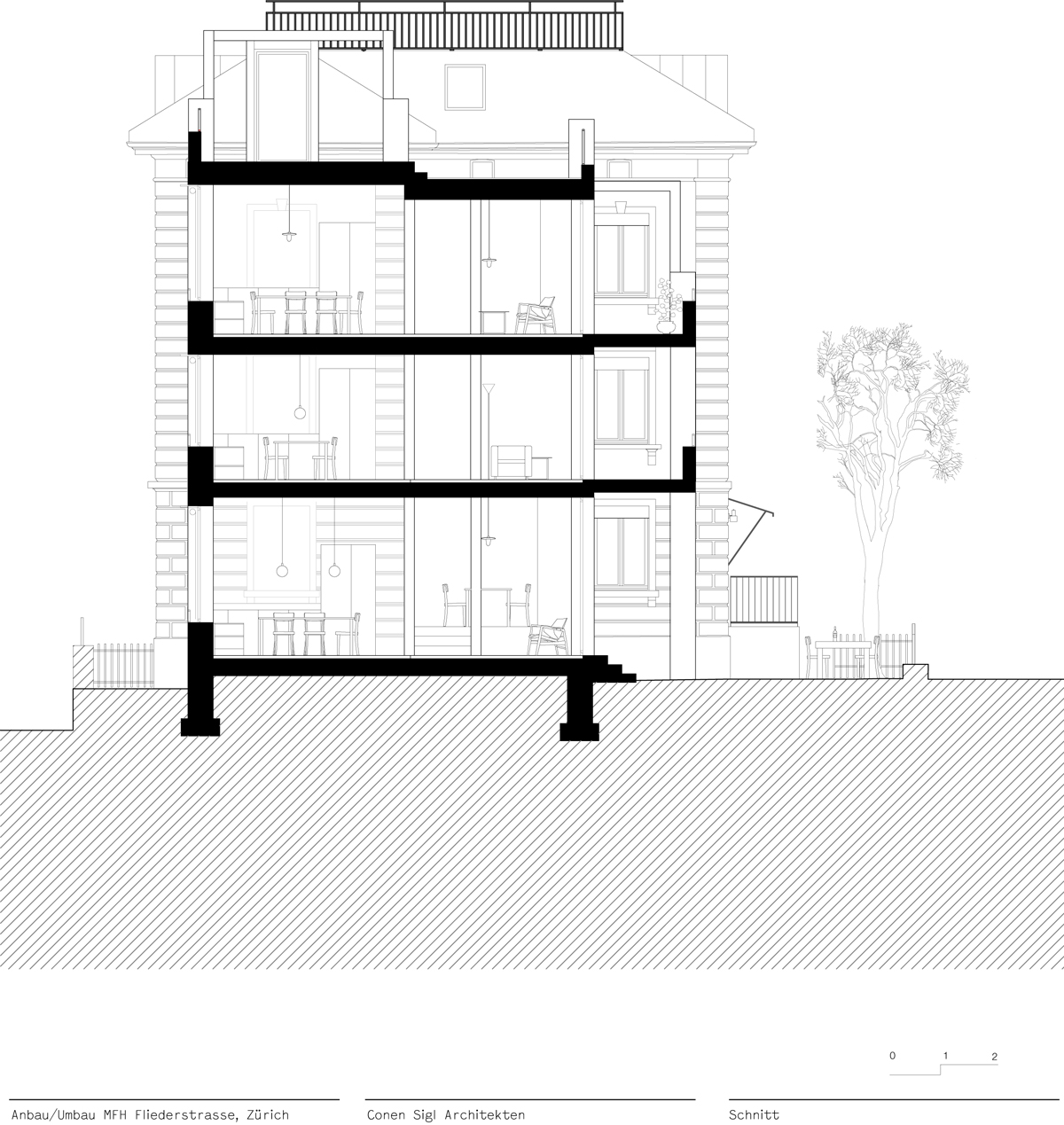 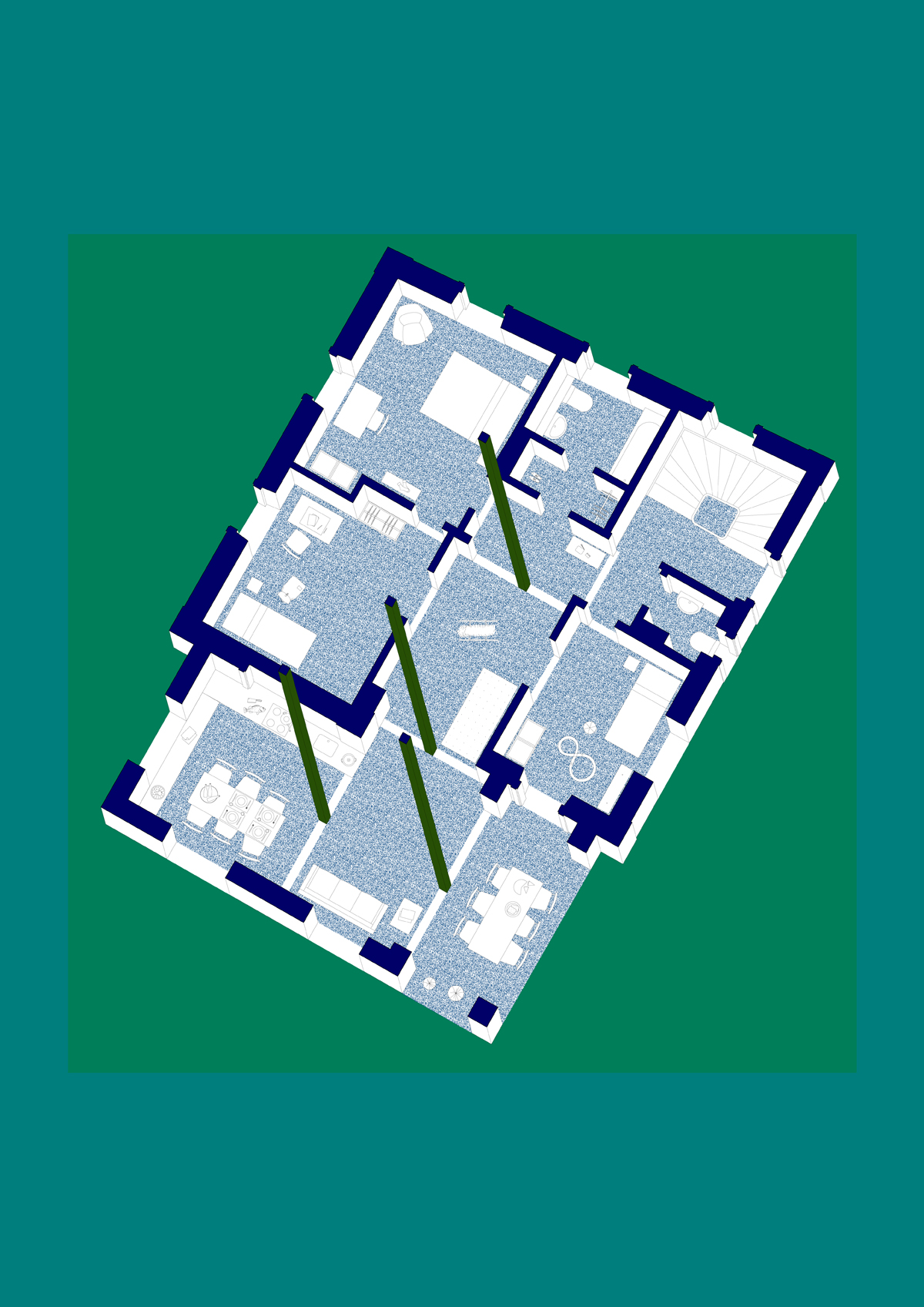 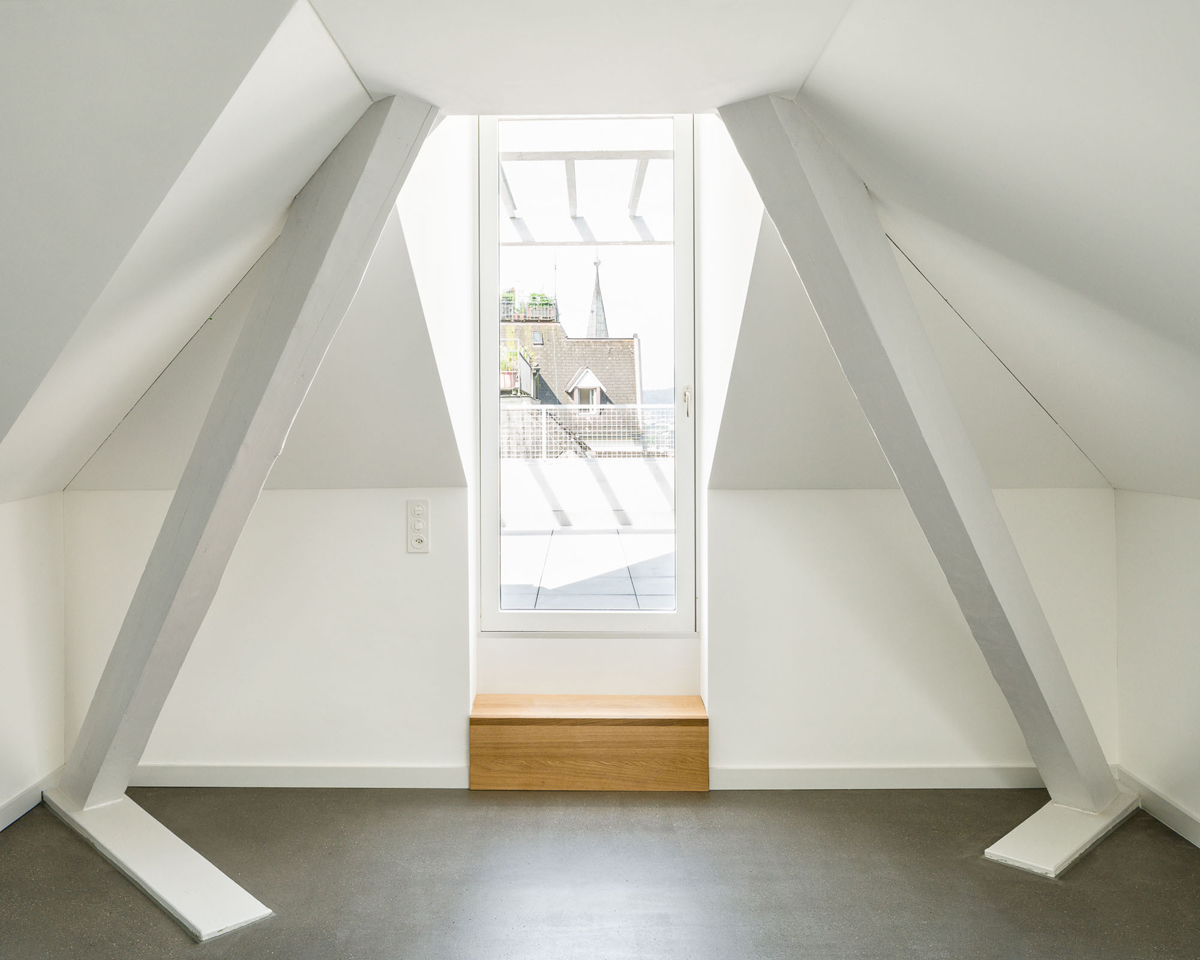 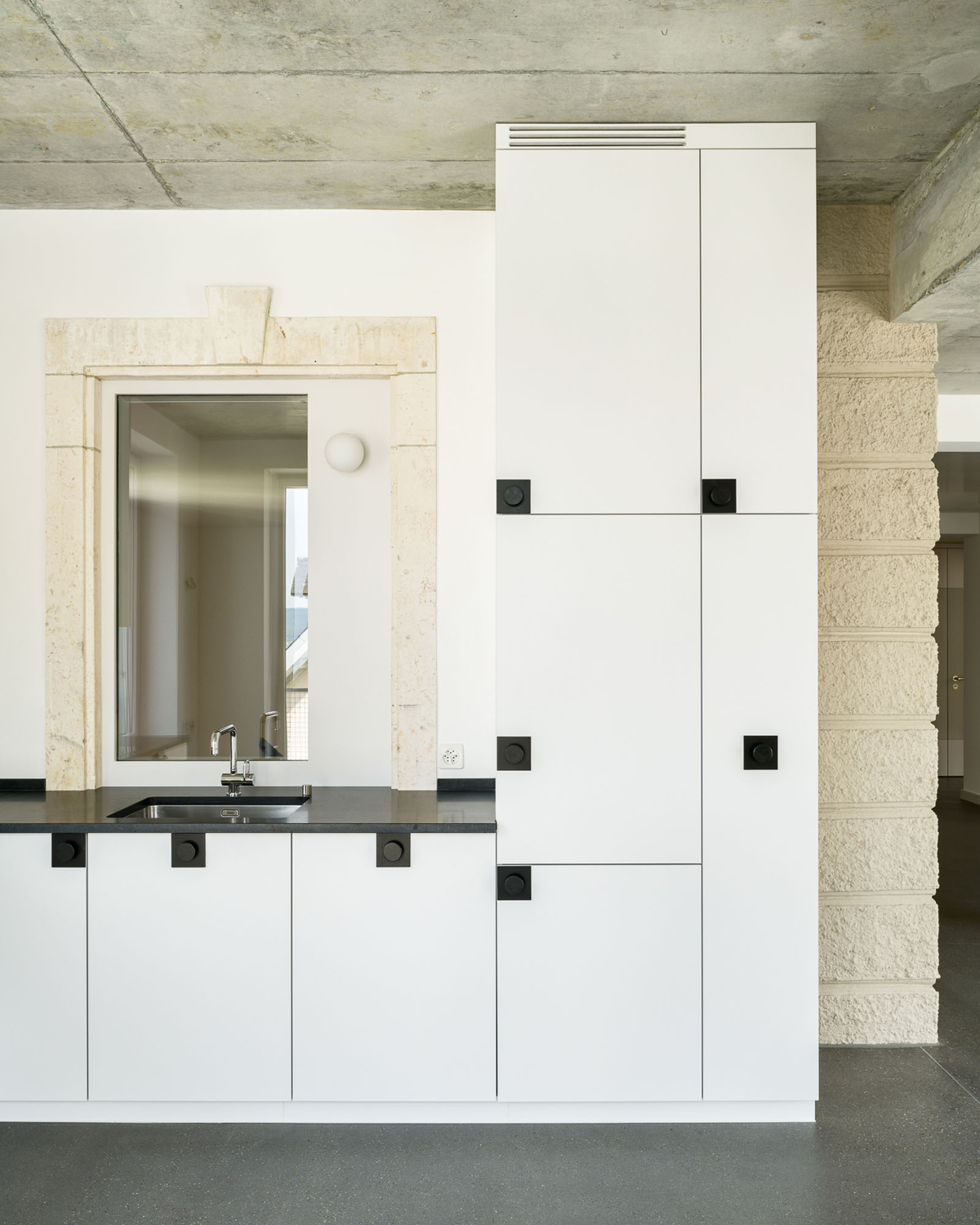 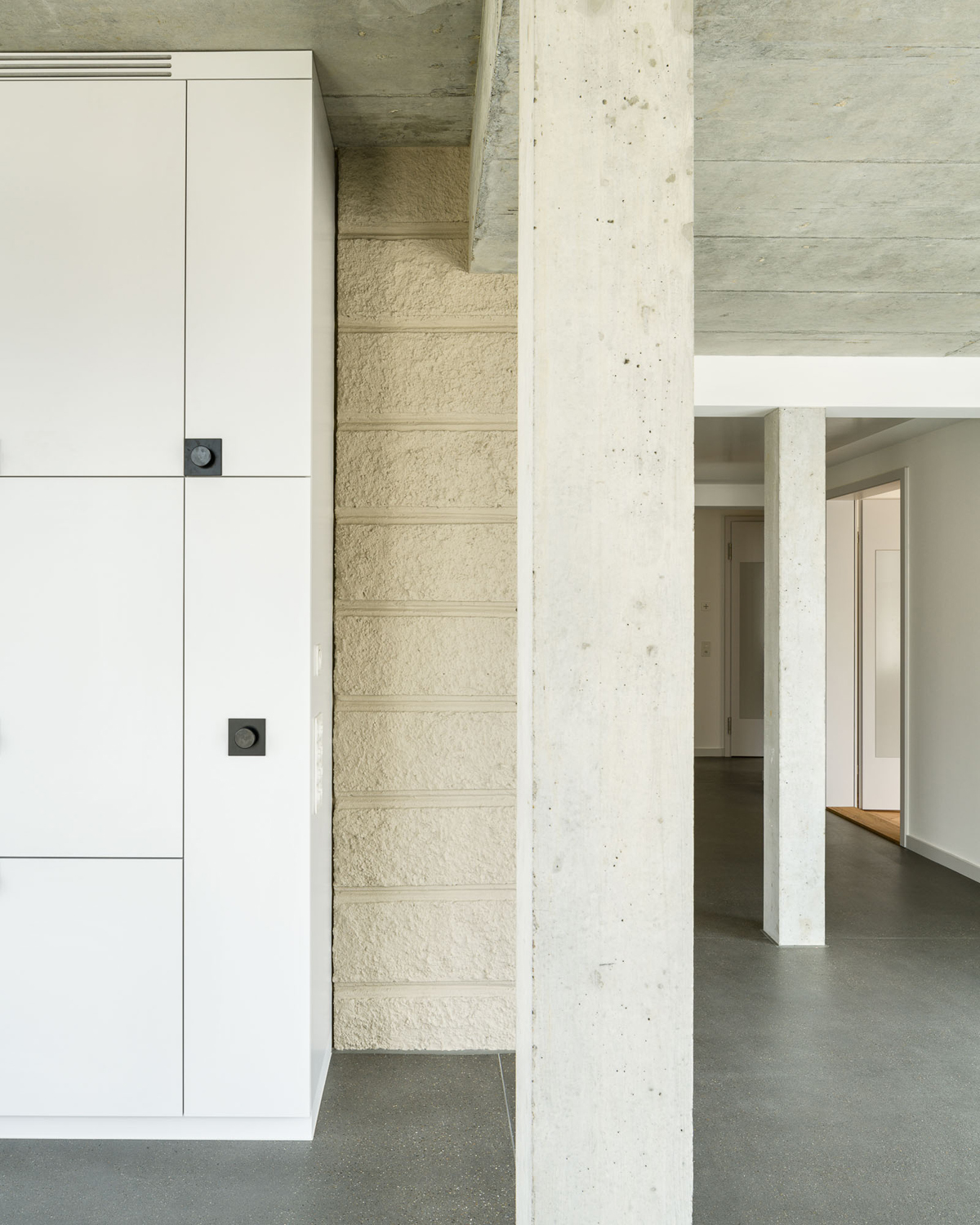 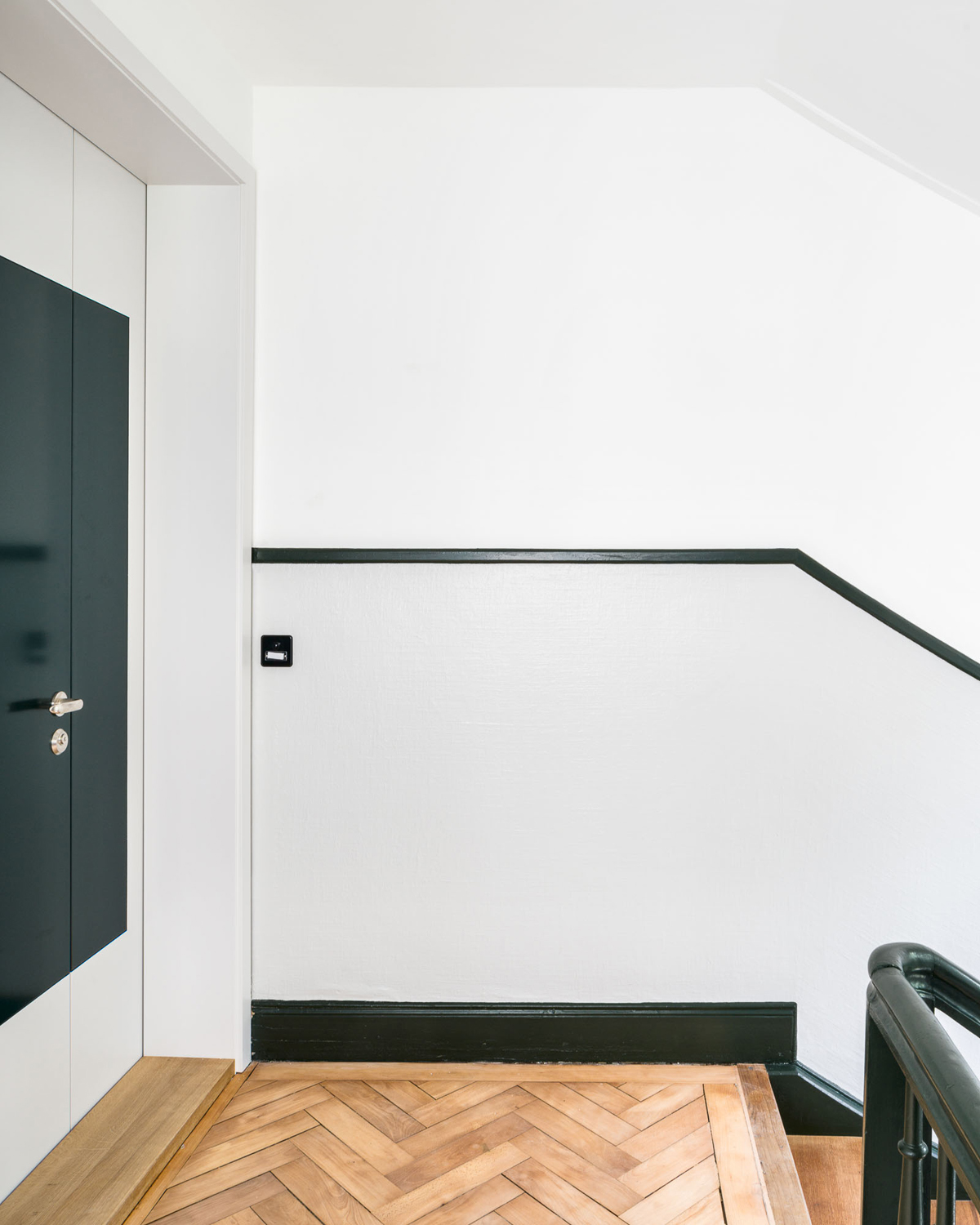 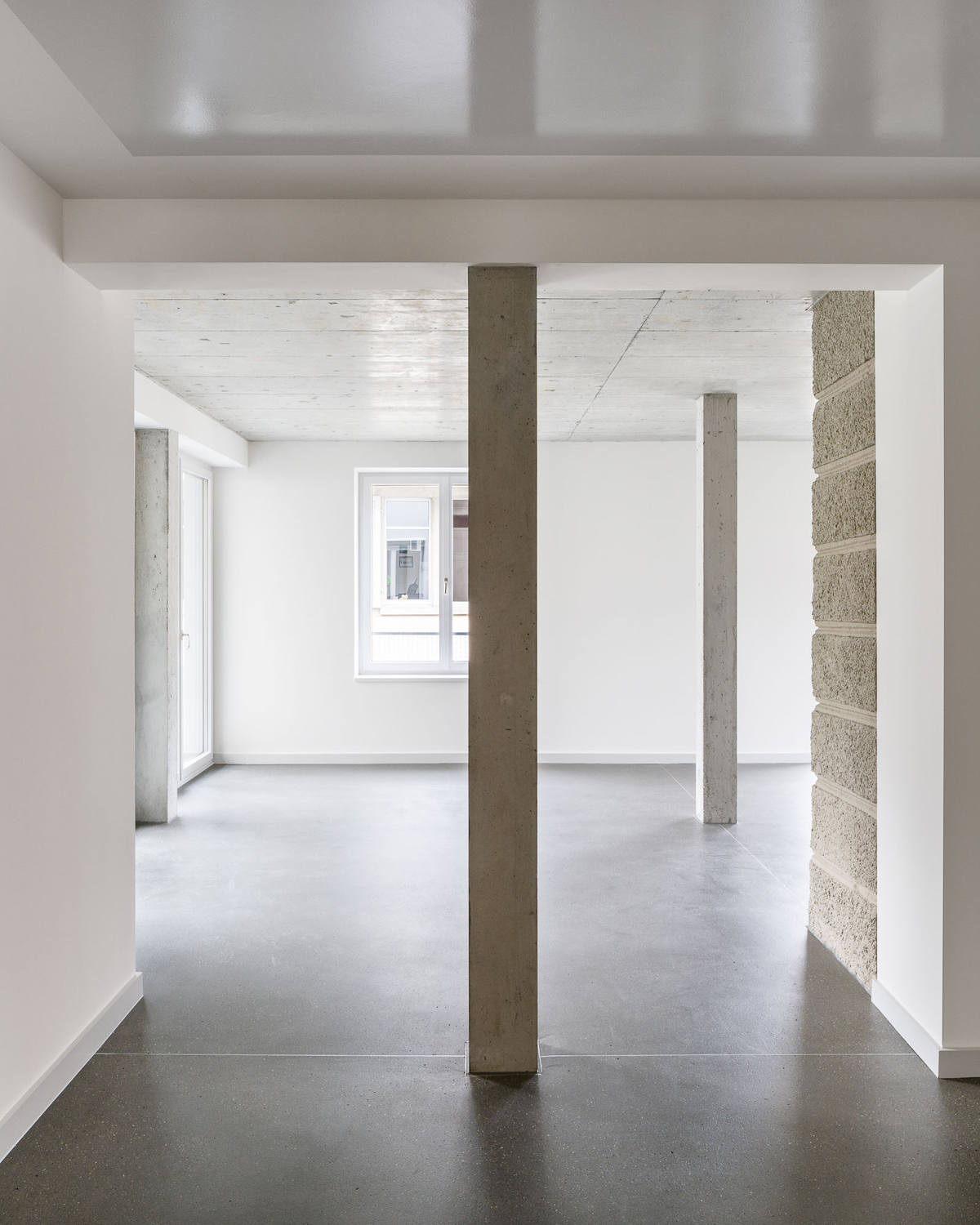 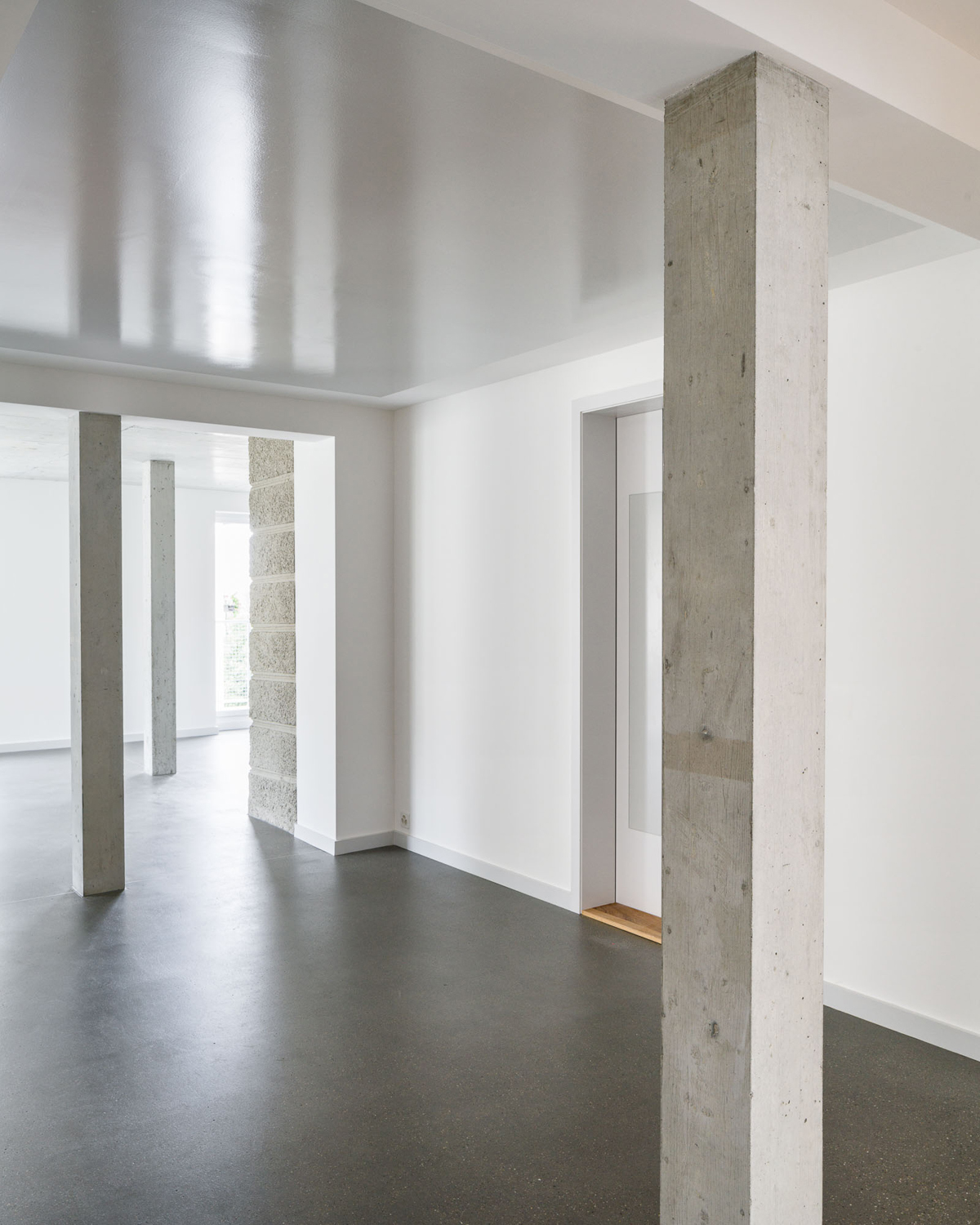 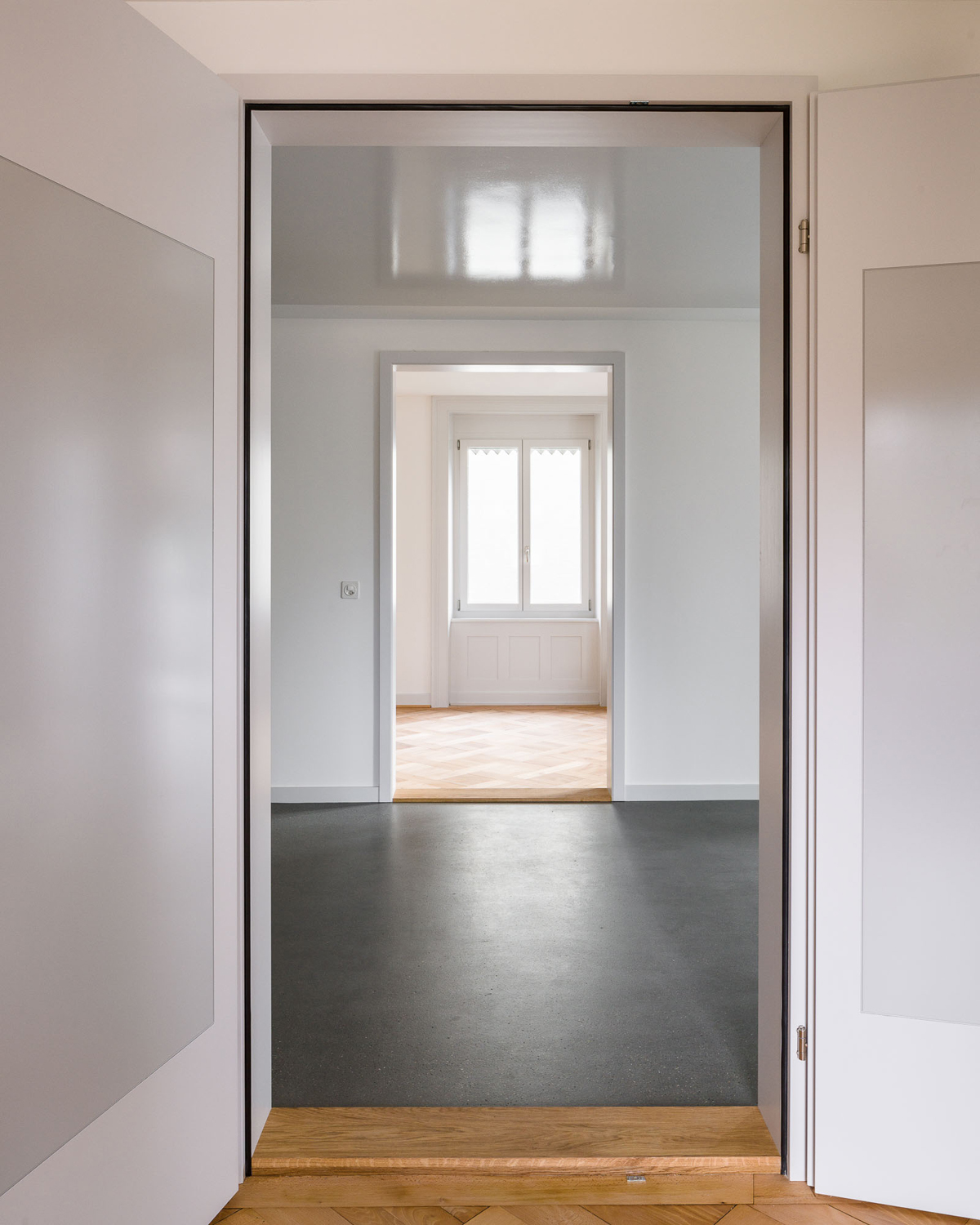 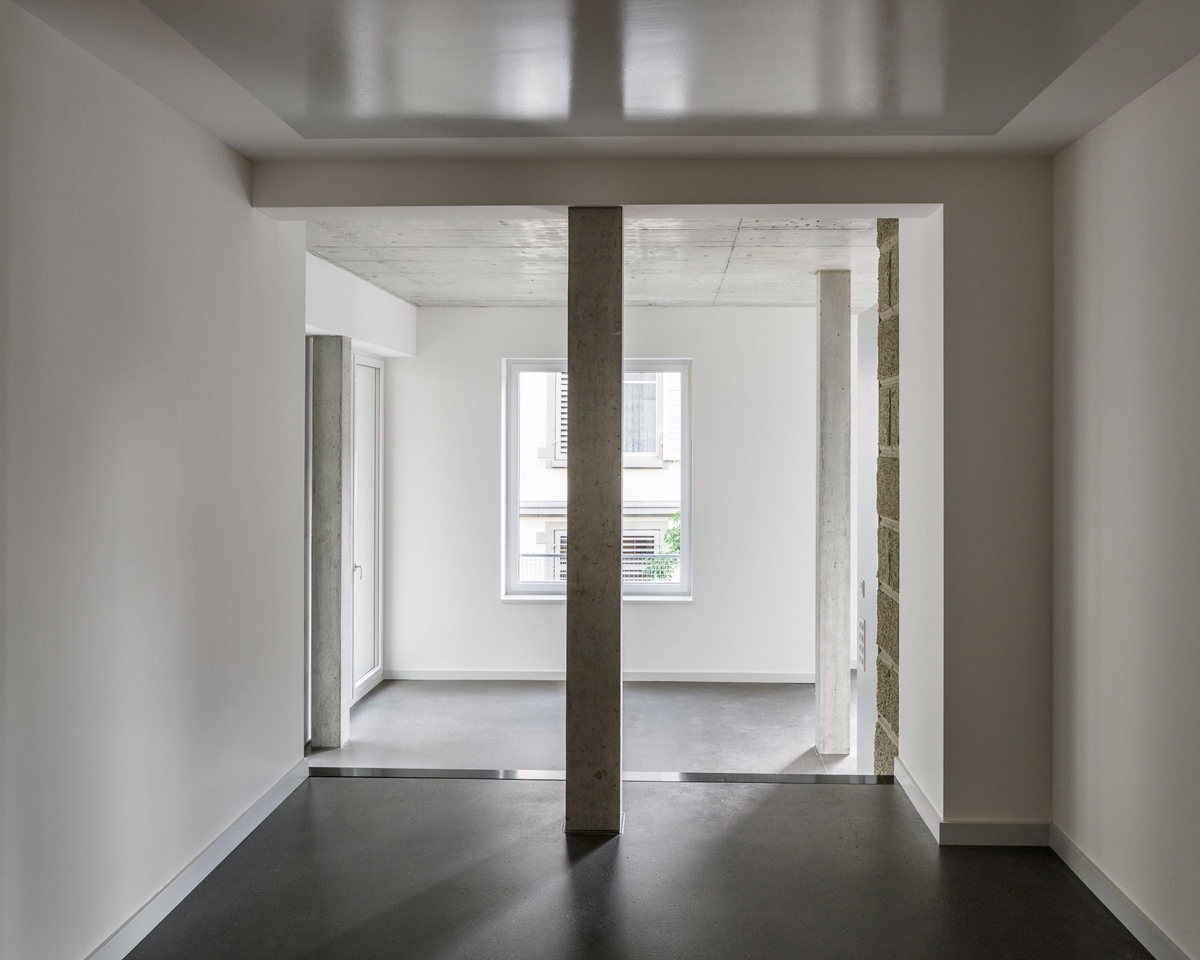 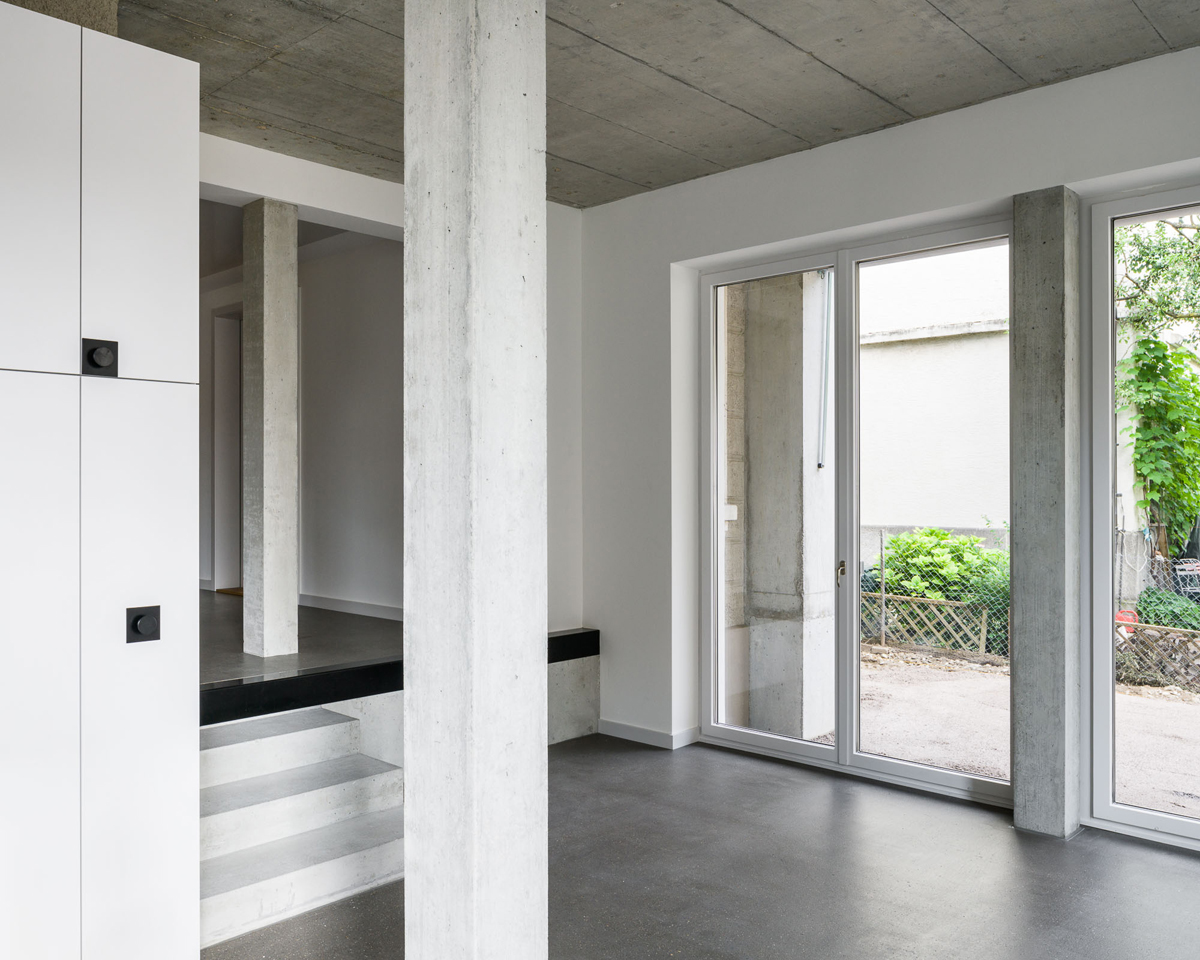