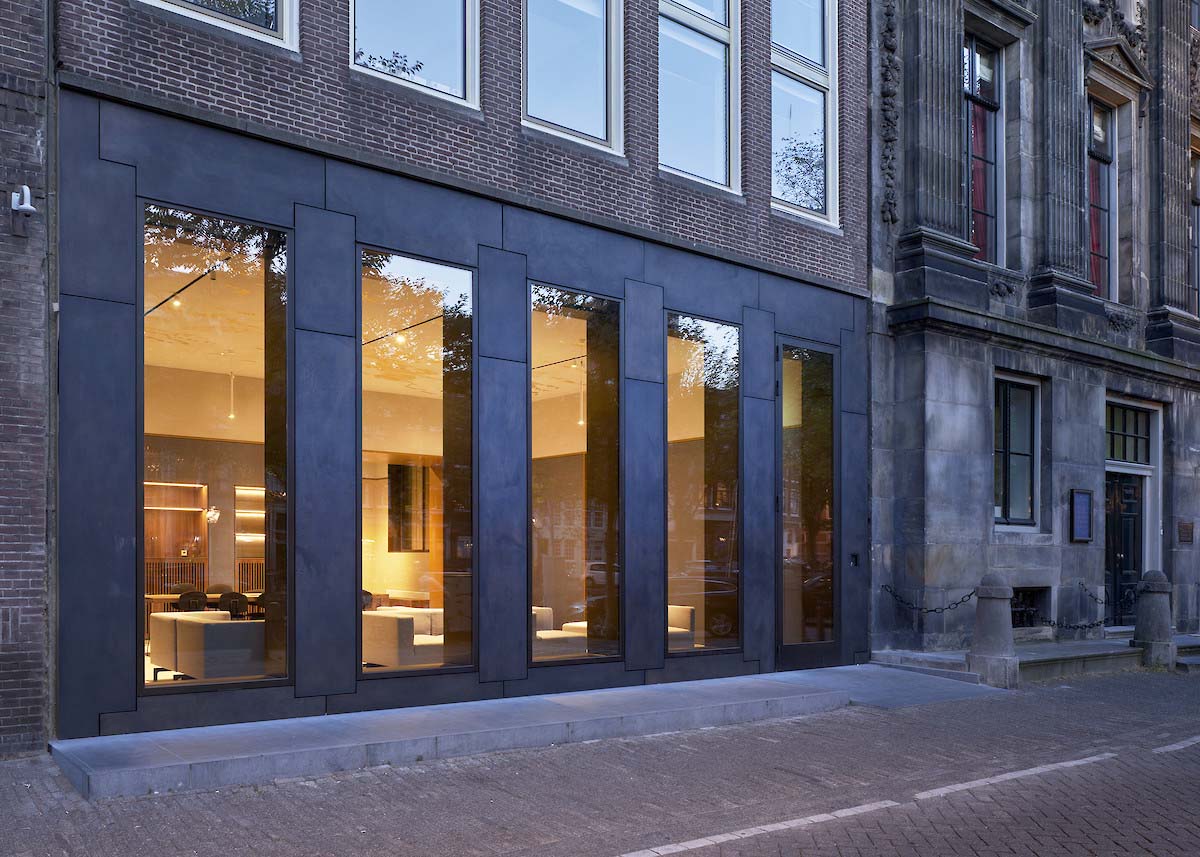 Although the building has been transformed over the years with divergent concepts, it has retained its essential glory. The current complex consists of several additional buildings that are partly connected to each other and together form the Trippenhuis complex as an ensemble. The KNAW has been housed in the Trippenhuis since 1812 and the complex offers space for employees and guests. Meetings and symposia are held in the monumental building and the adjacent premises. The spatial layout of the Trippenhuis is characterized by a structure of halls and rooms along the facades, with the corridors, stairs and light shafts in the center of the building.

These halls, such as the Rembrandt Hall – where the Night Watch once hung – are defined by their ceremonial use, proportion, wall finishes and ceiling decoration. This system of spaces were the main reference for the design of the new public reception areas of the KNAW and the major renovation of the auditorium. The design for the new reception area by Office Winhov consists of an enfilade of rooms and halls, extending from the historic entrance in the Trippenhuis to the renovated auditorium in the garden at the rear of the complex. New facilities, supporting maintenance equipment and technology are seamlessly integrated into the design.

In the reception area, just like in the Trippenhuis, each room is characterized by its use, proportion, the incidence of light, material and the use of color. In the new public areas, colors and design motifs from the historic building return in a contemporary manner. The facades on the street side and the courtyard are clad with cast, bronze panels; a reference to the ‘metal trade’ business of the original residents. The new, visibly clear reception and auditorium enable the KNAW to redefine their changing role in society. The areas visibly contribute to the transformation of the closed institution on the Kloveniersburgwal with an inviting and representative «face» to the city of Amsterdam. NB. For the monumental parts of the Trippenhuis a long-term vision has been written by HOEK architecture & preservation. 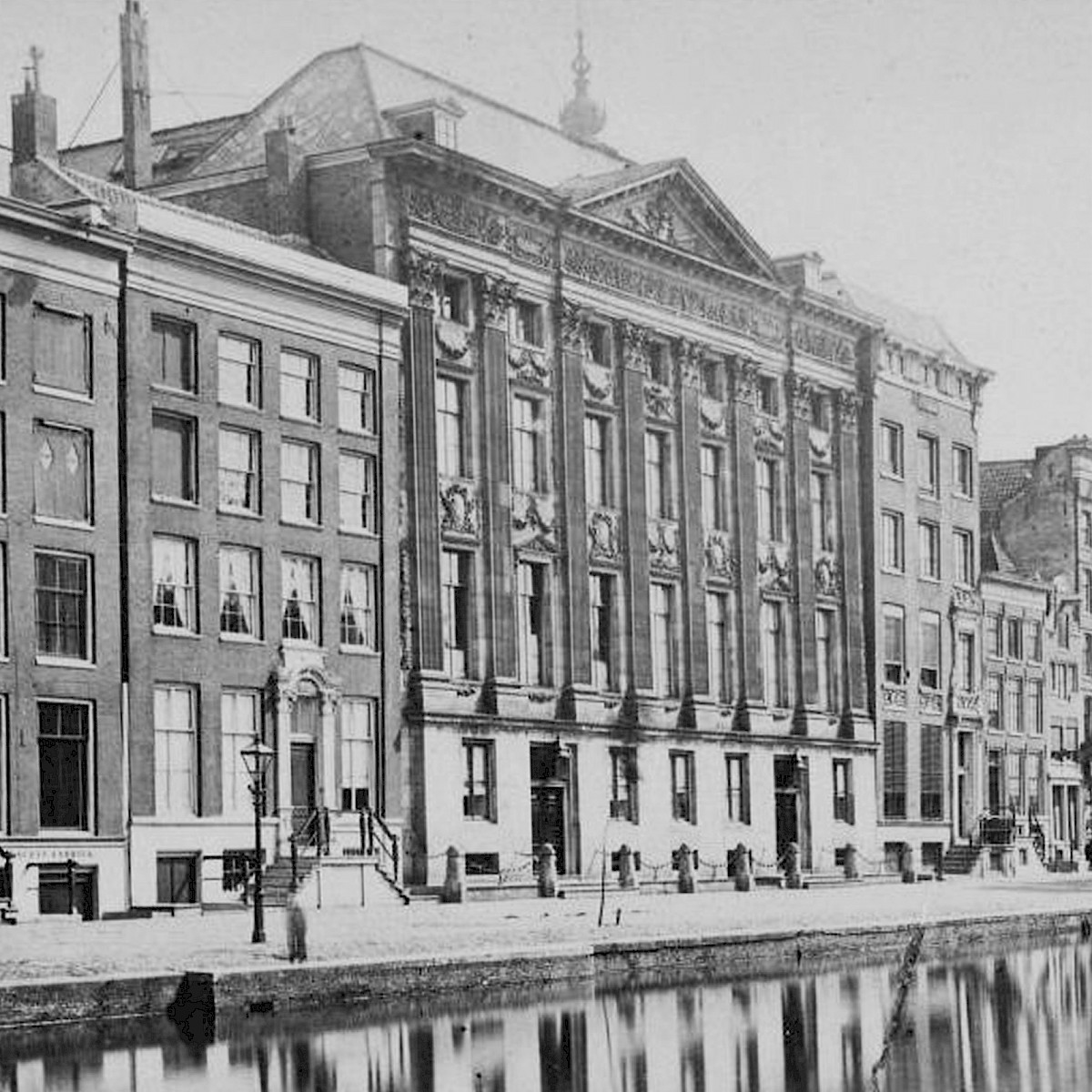 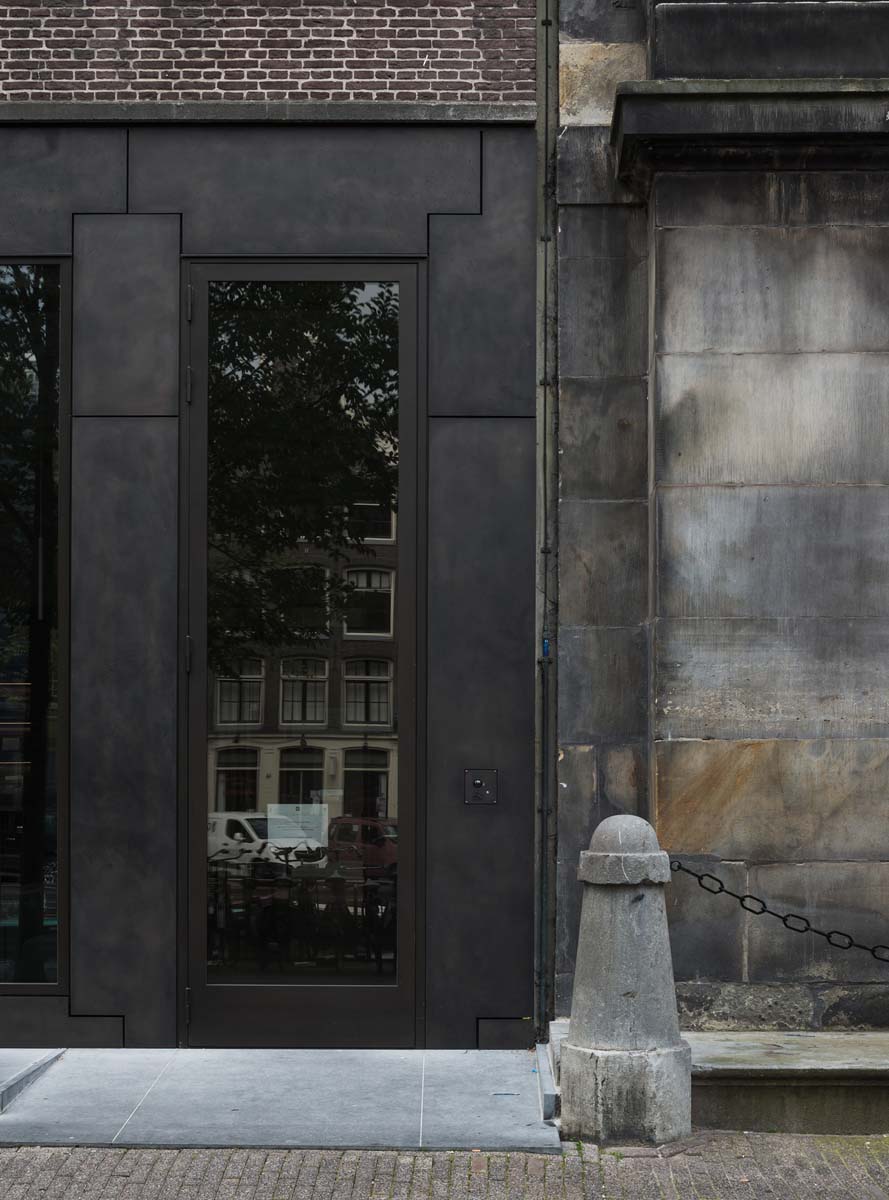 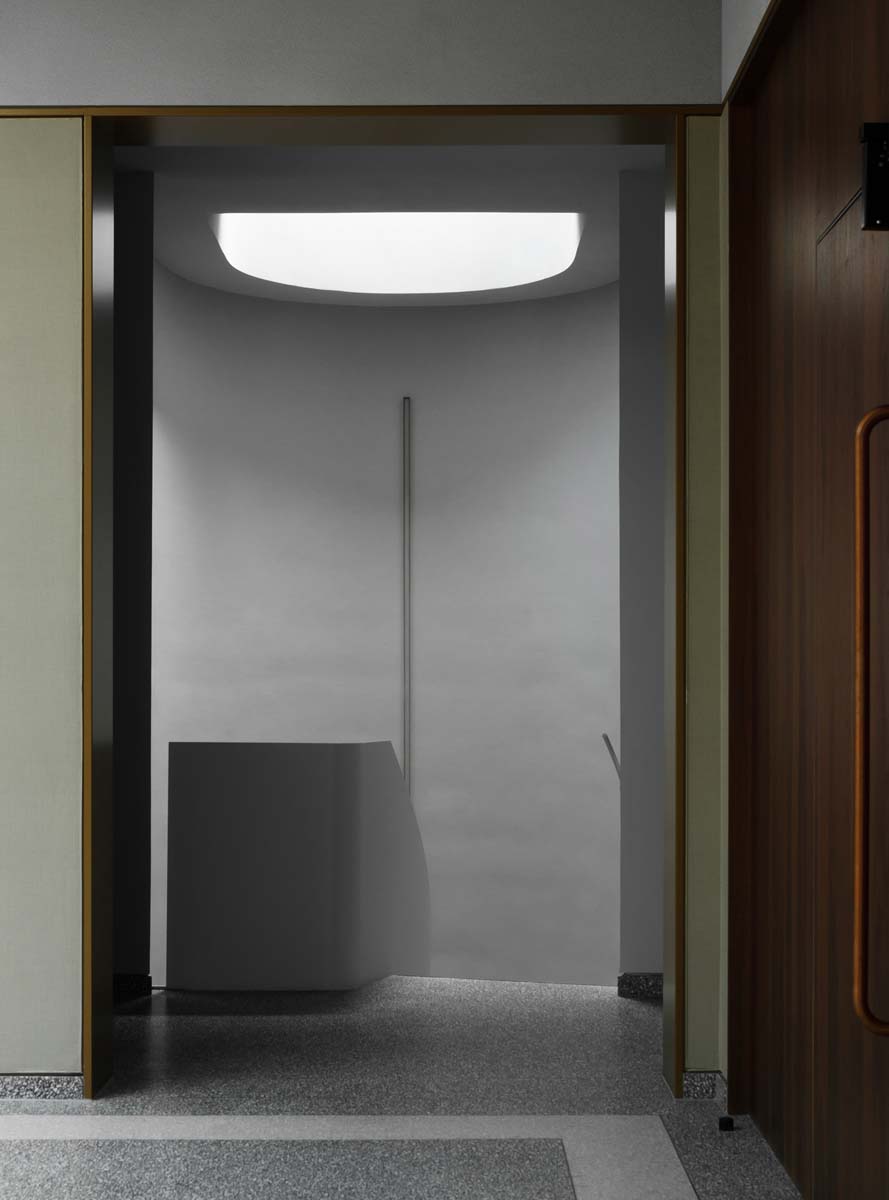 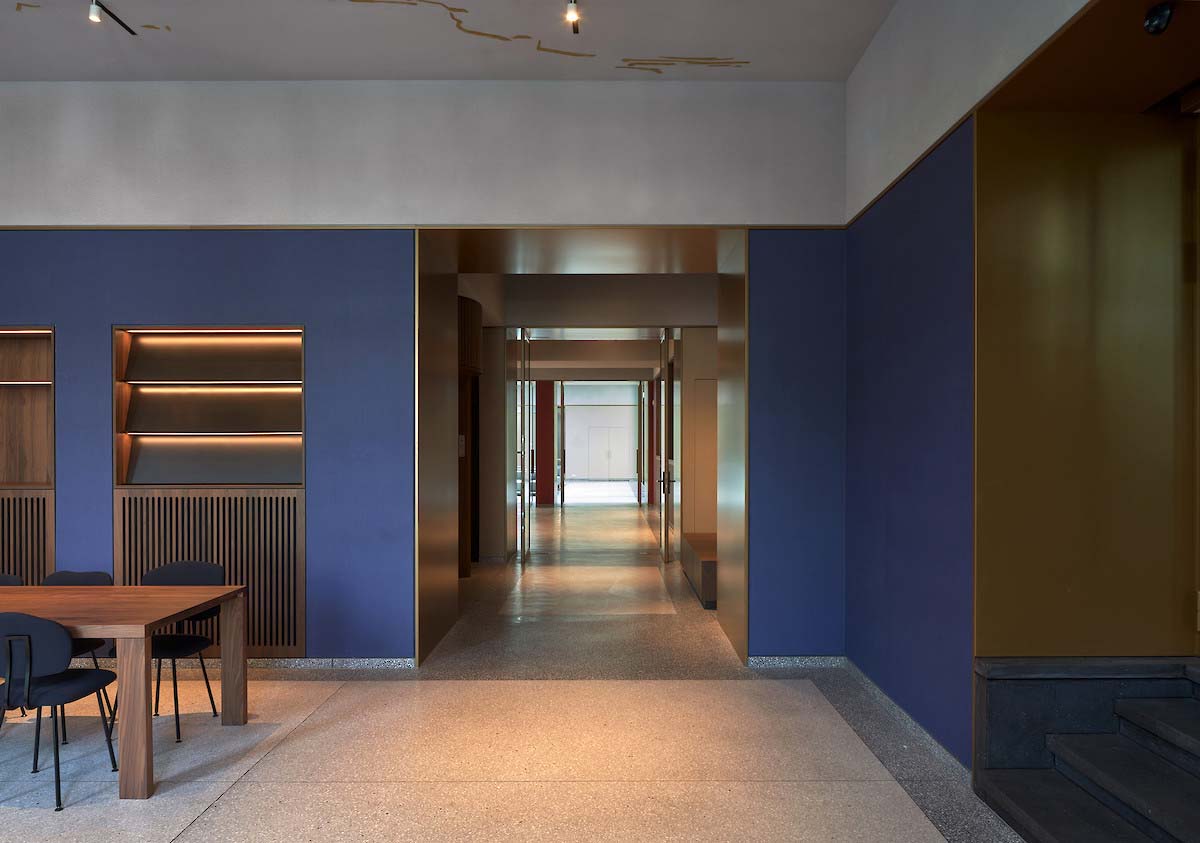 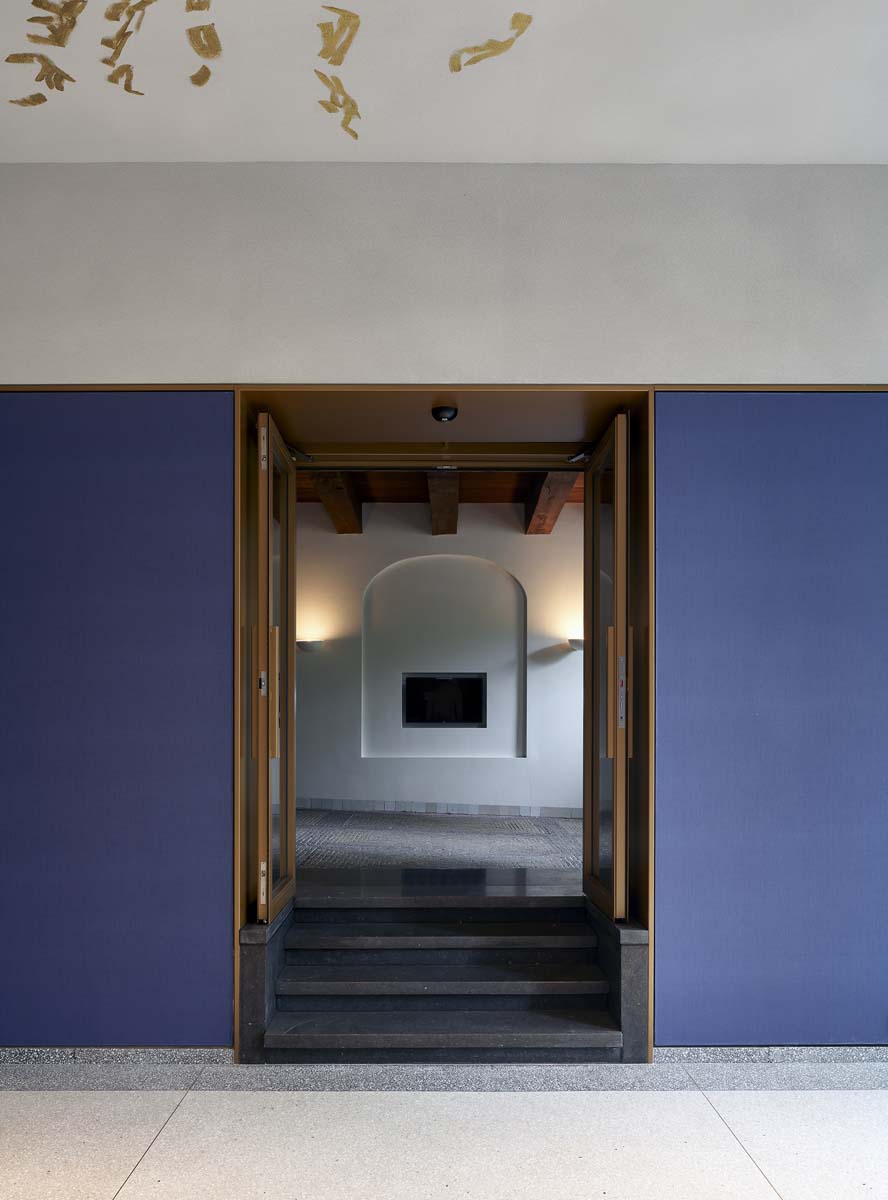 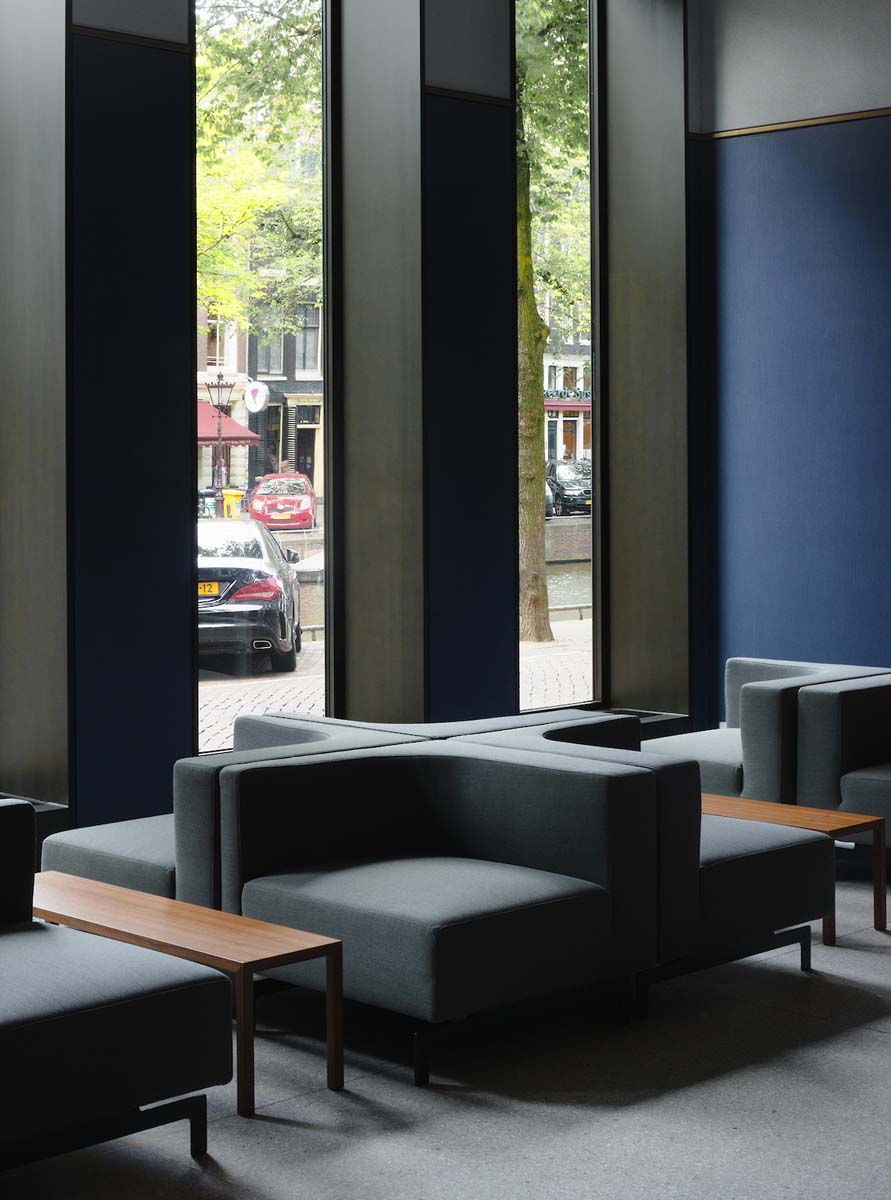 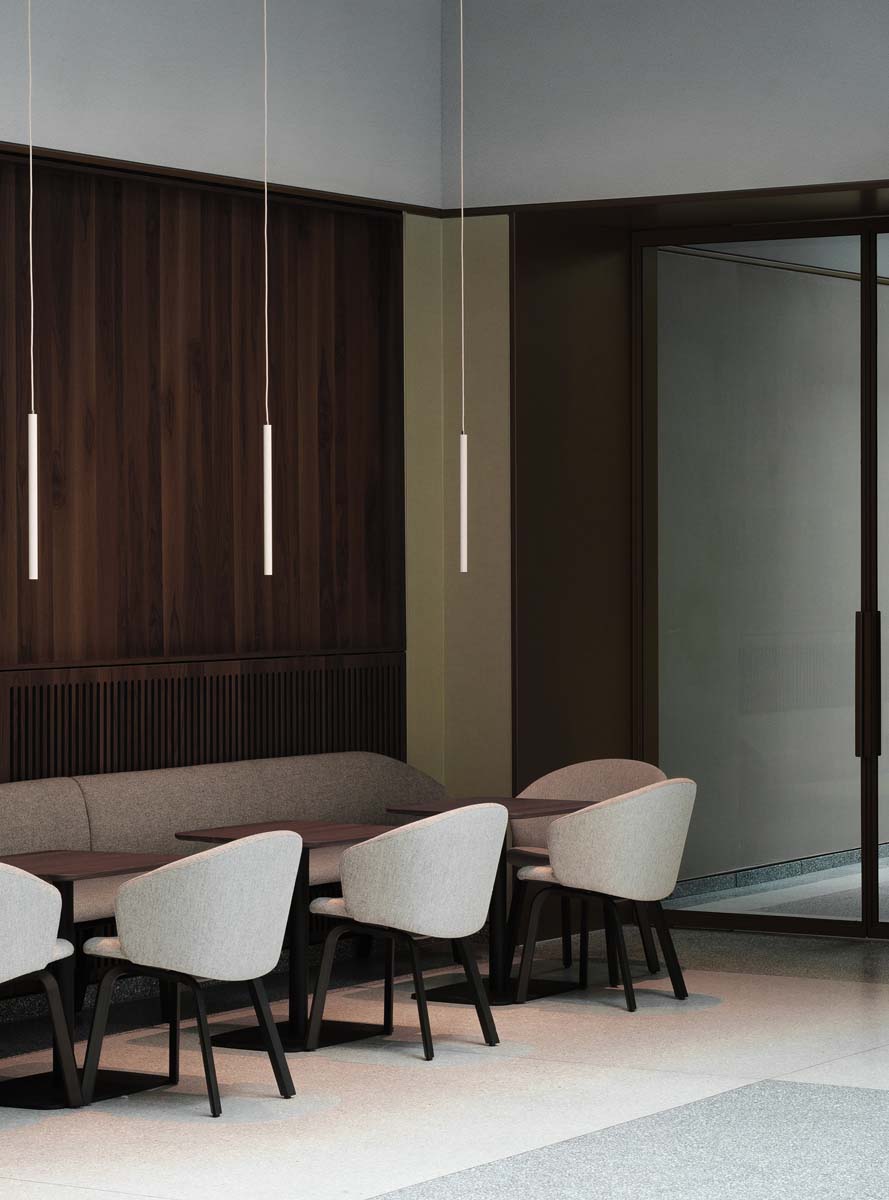 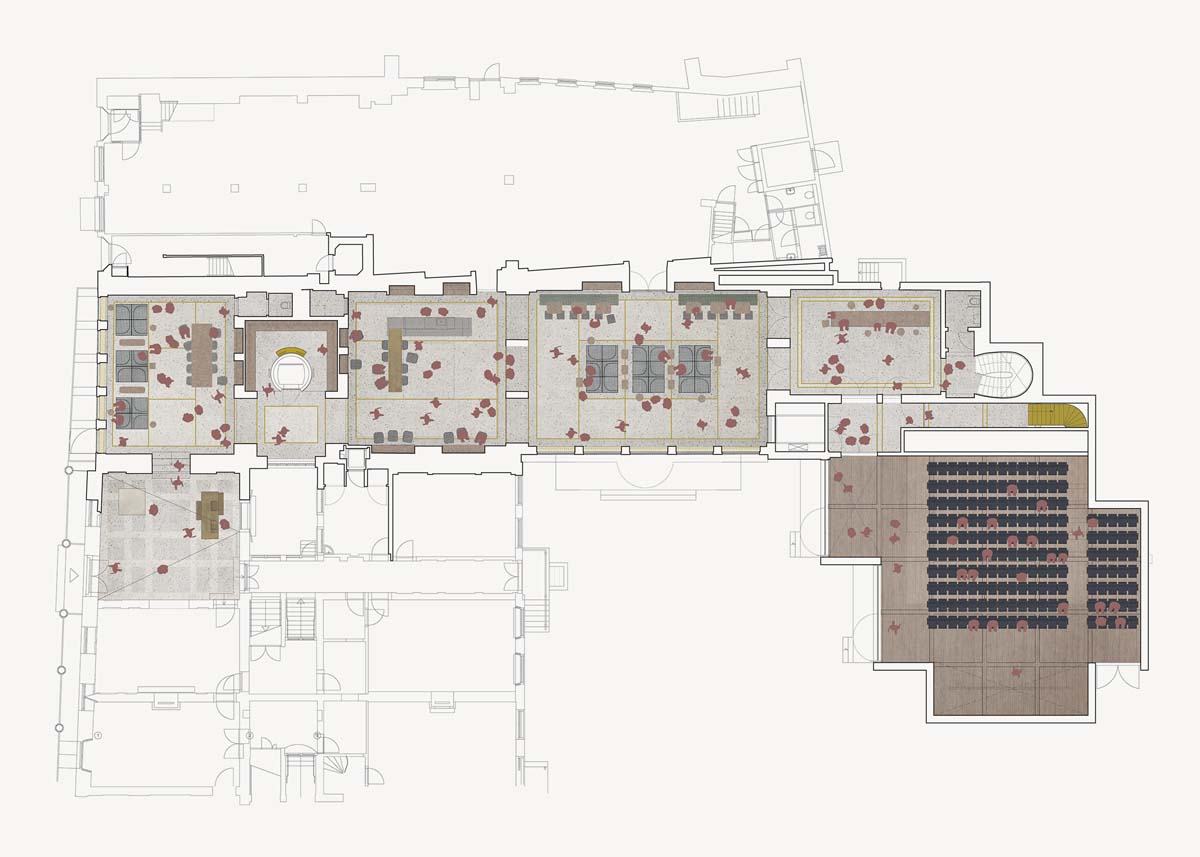 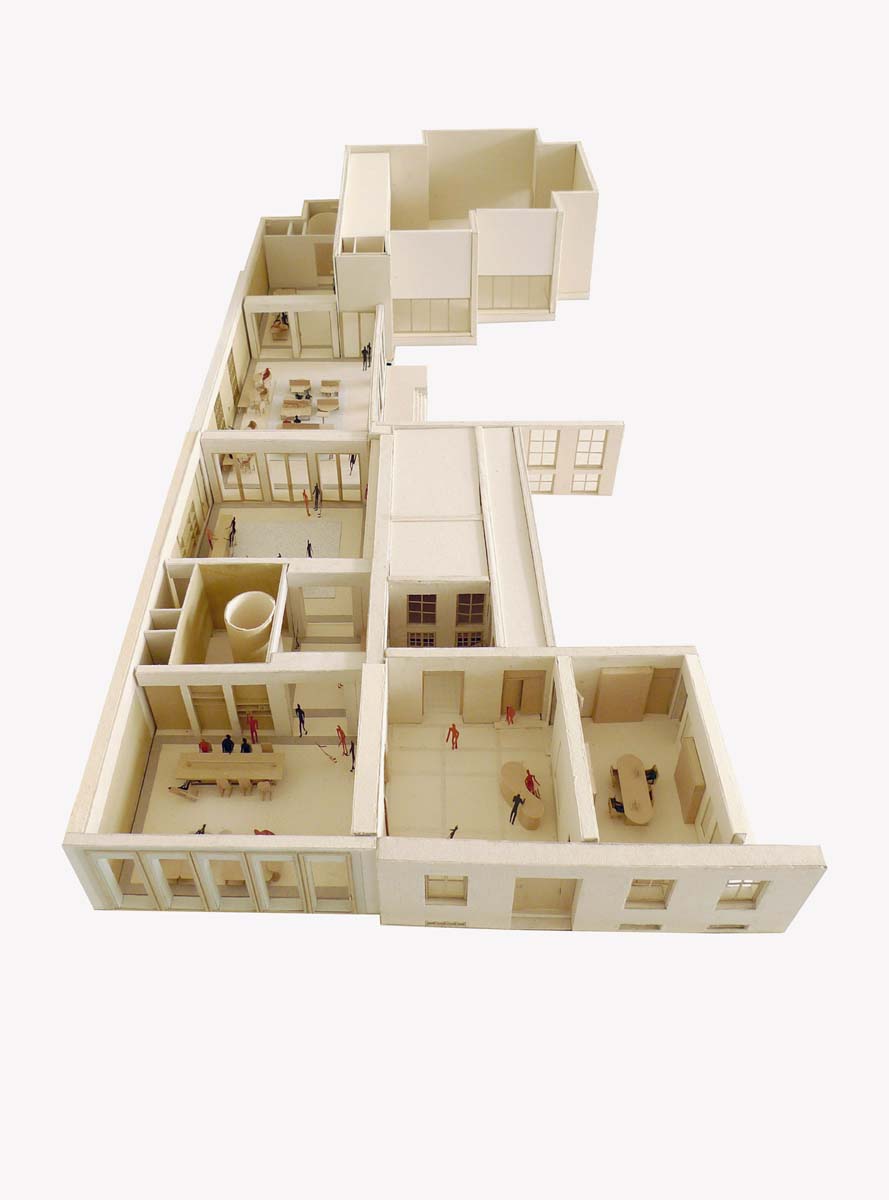 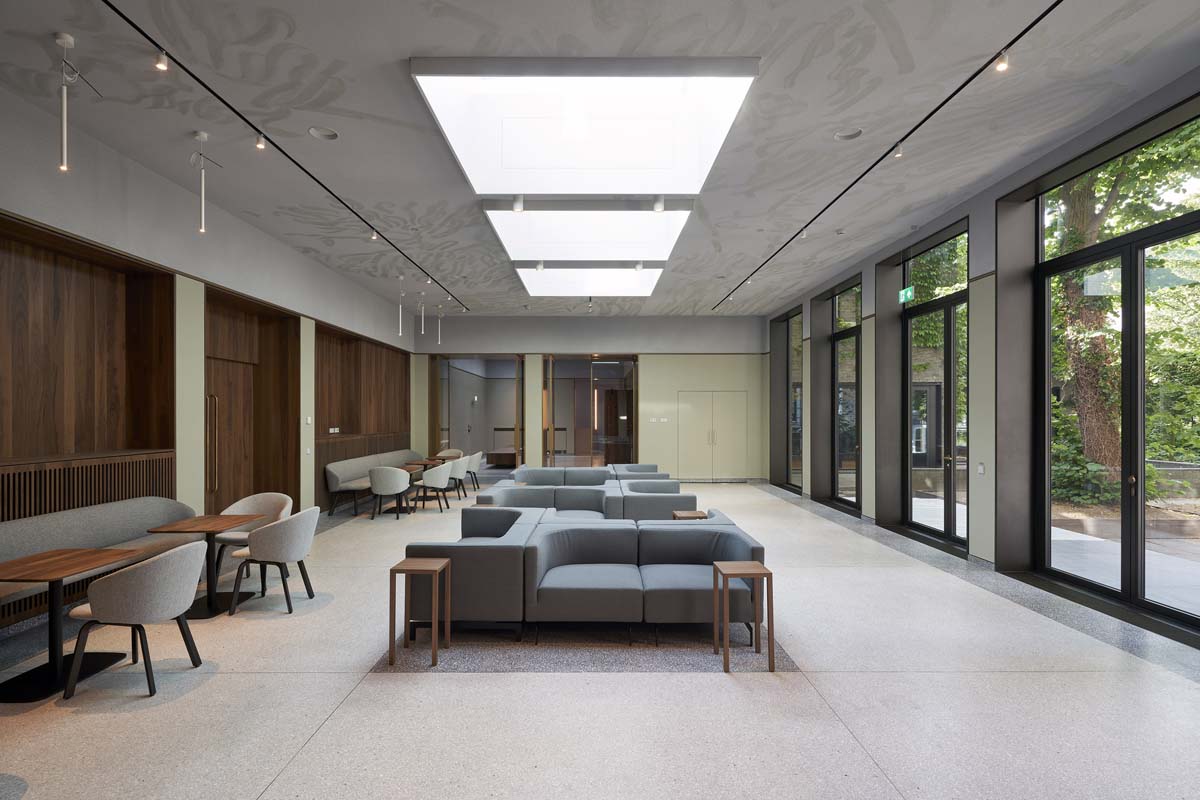 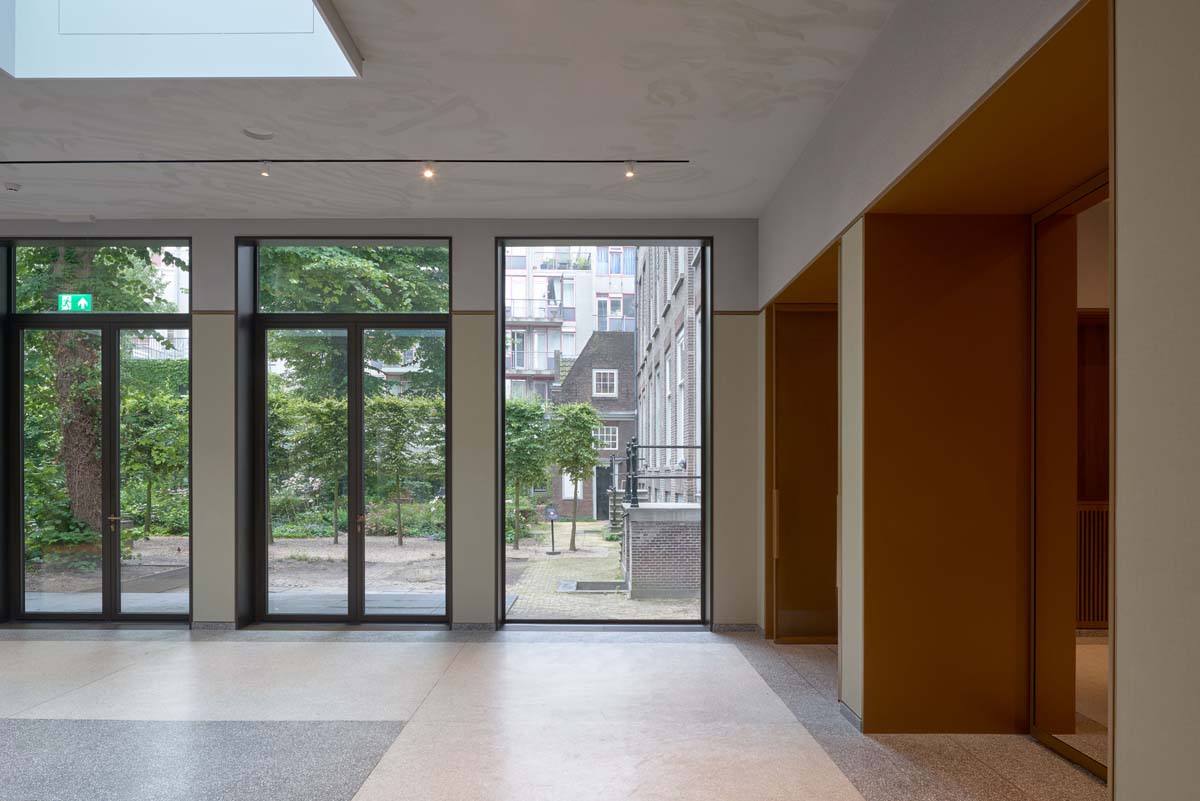 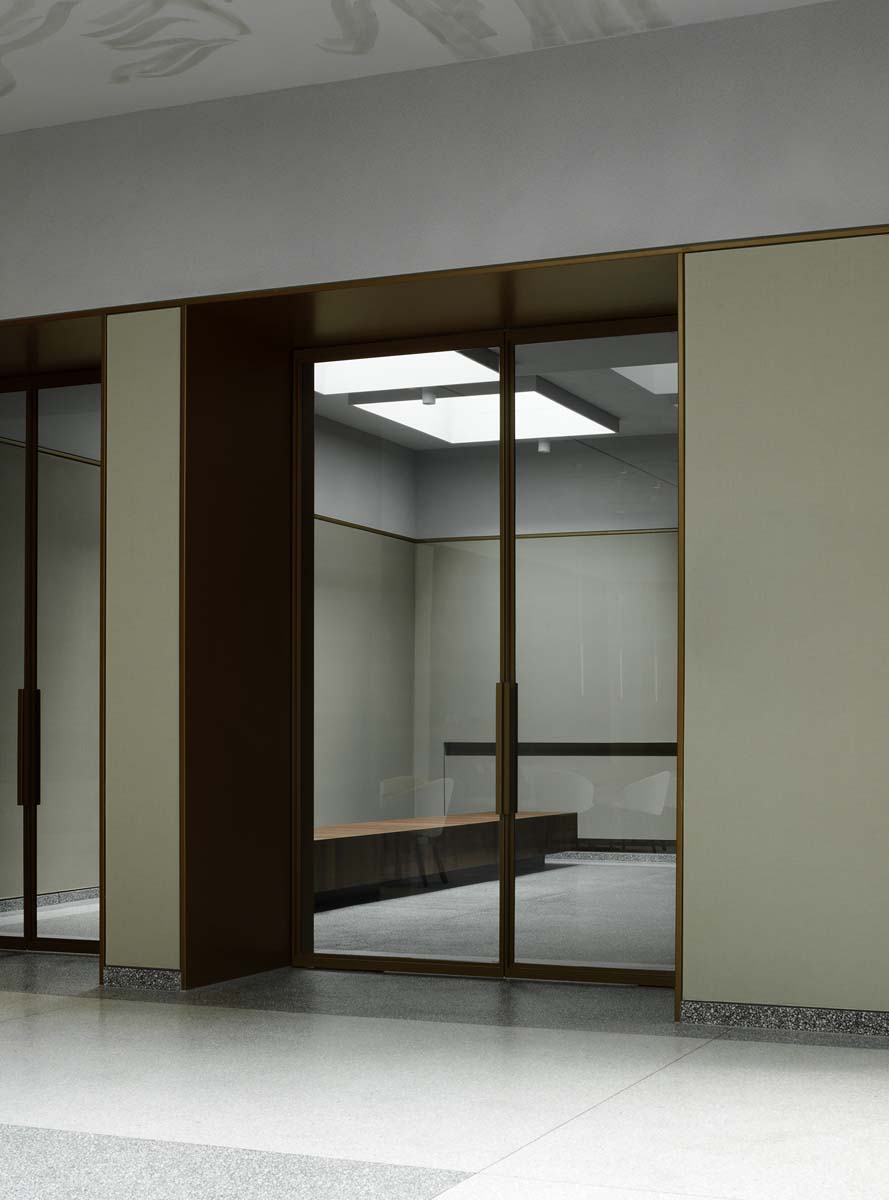 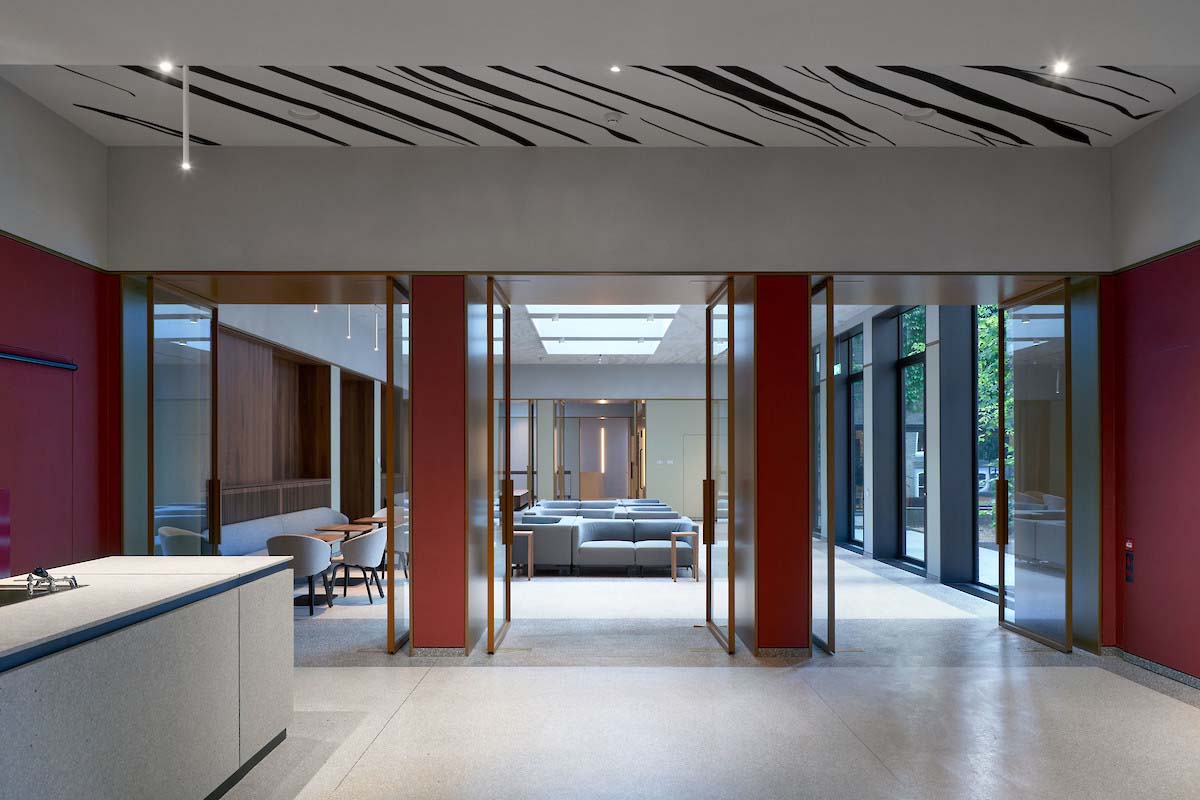 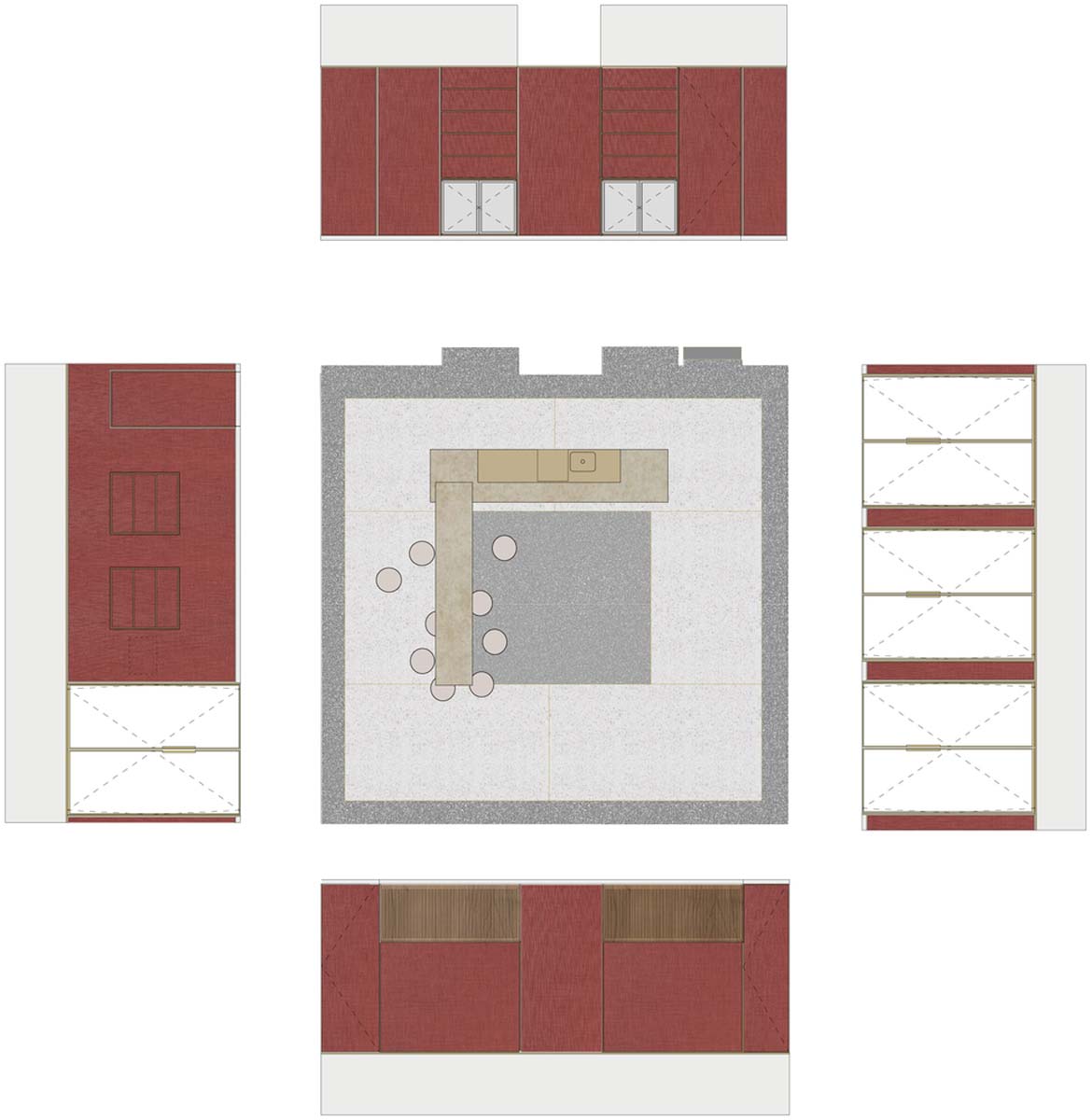 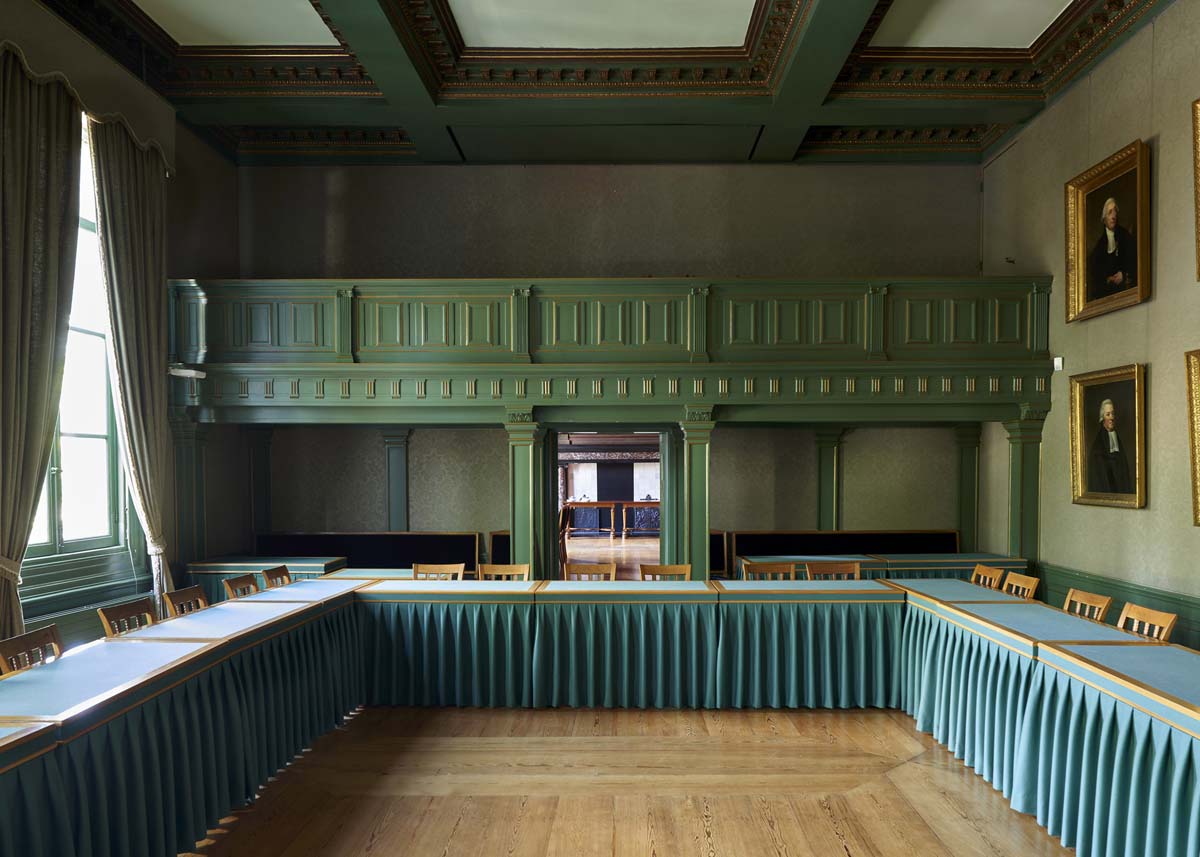 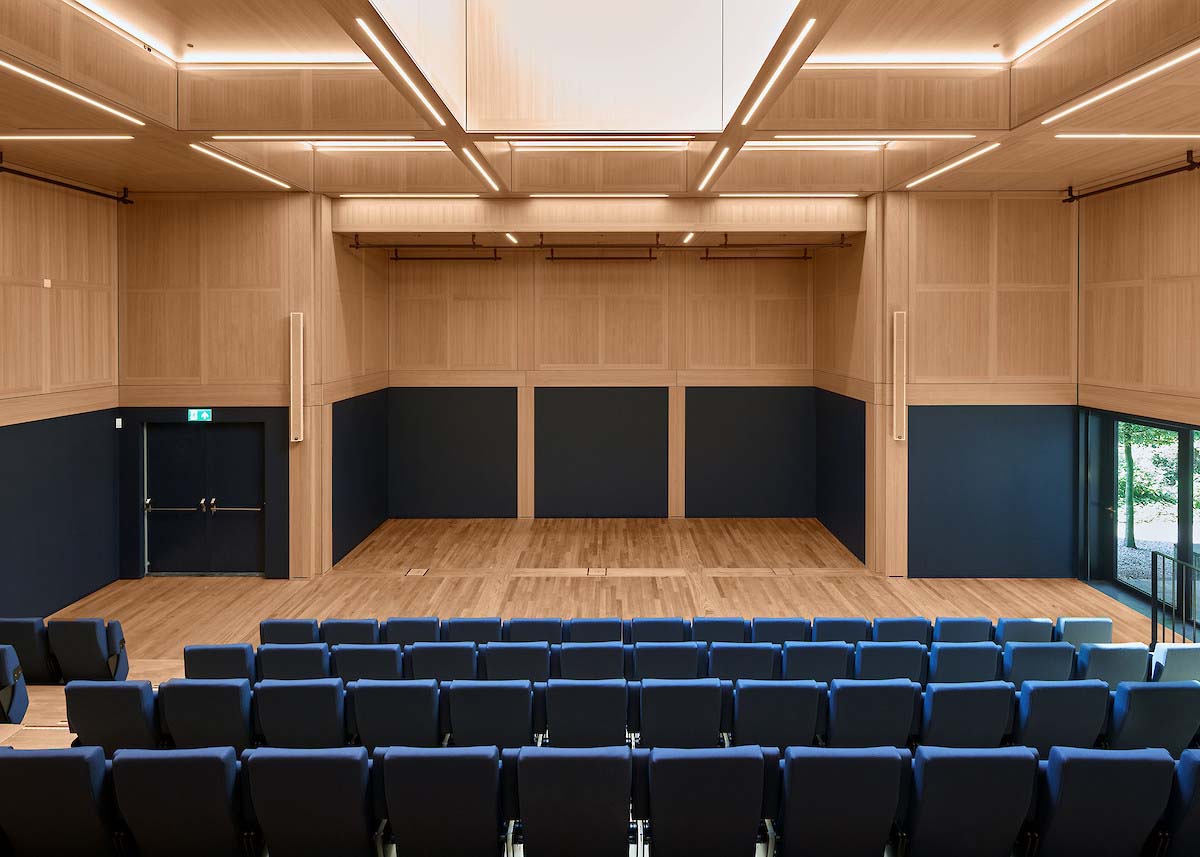 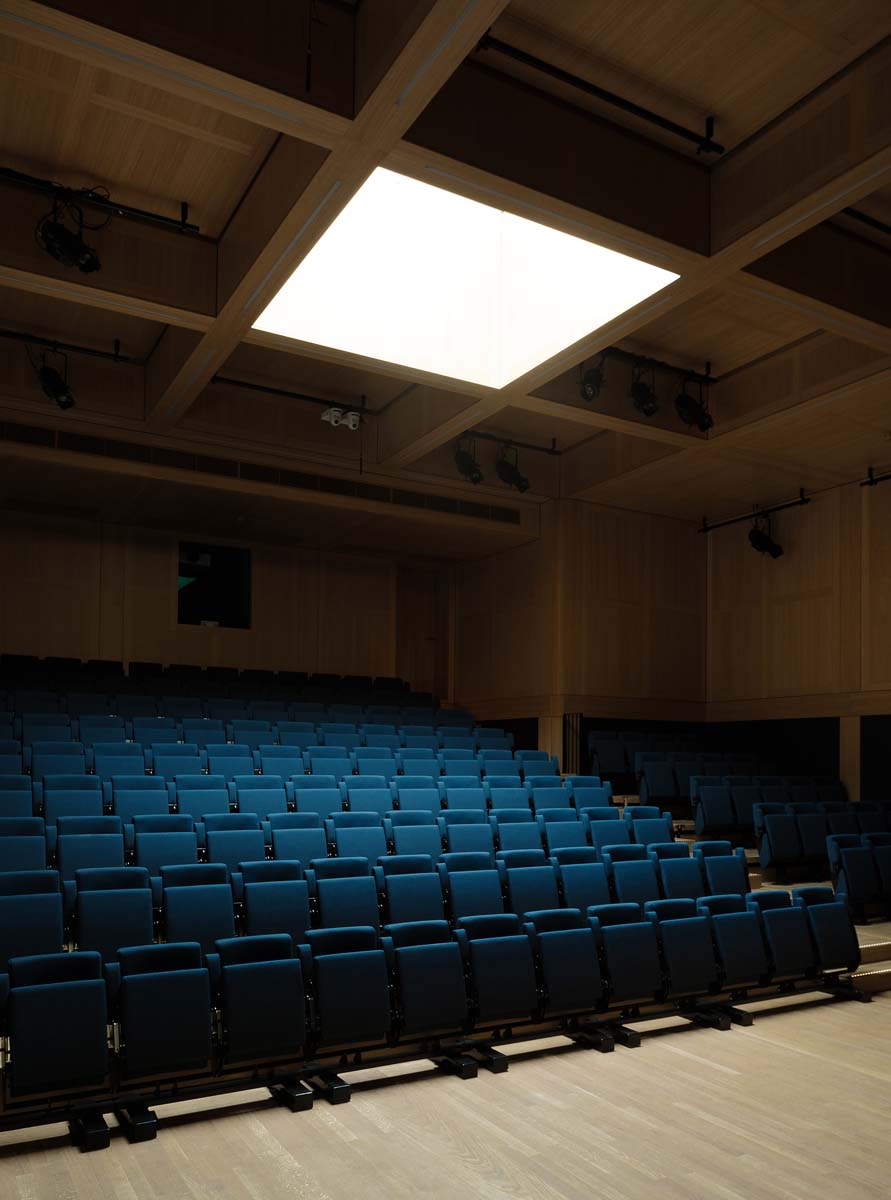 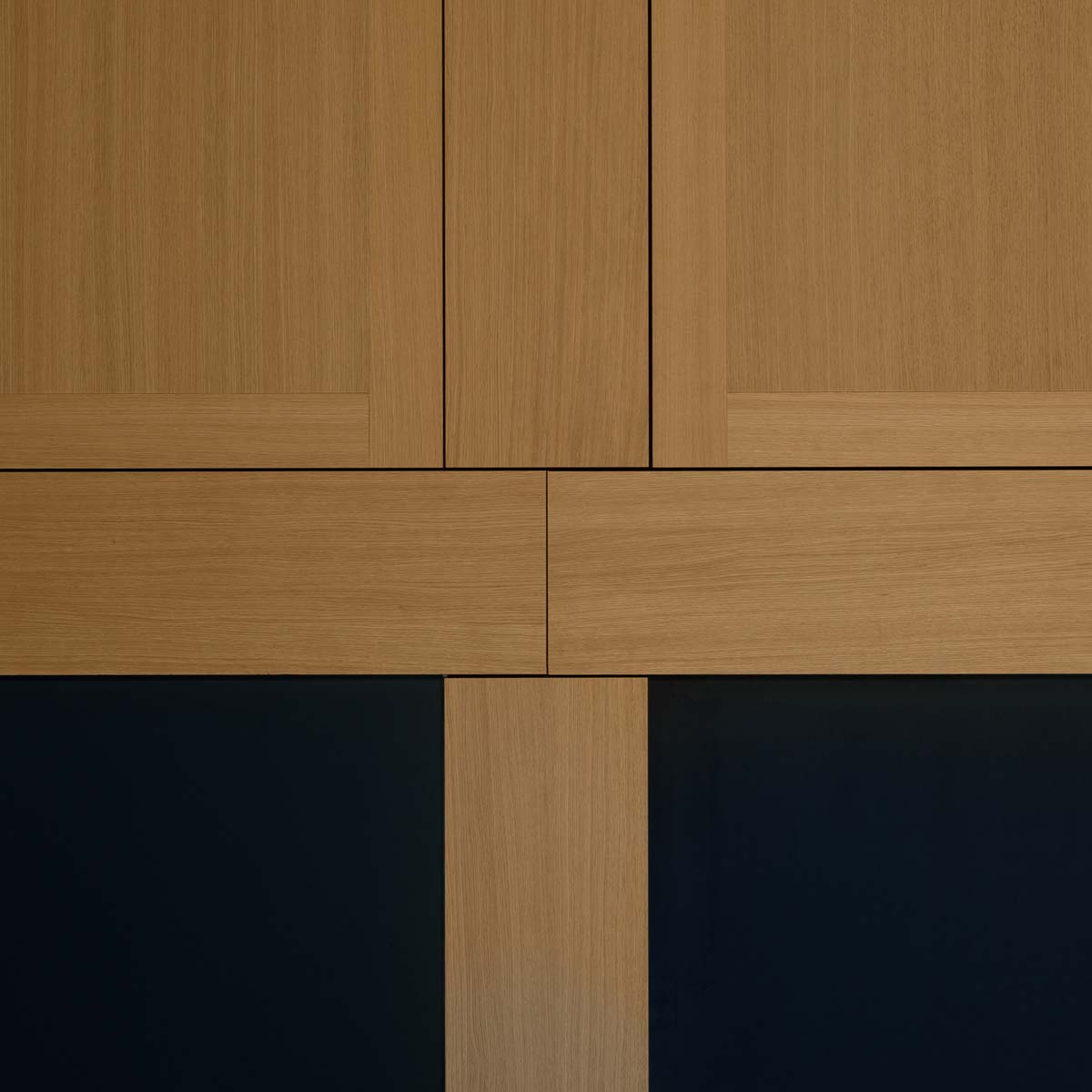 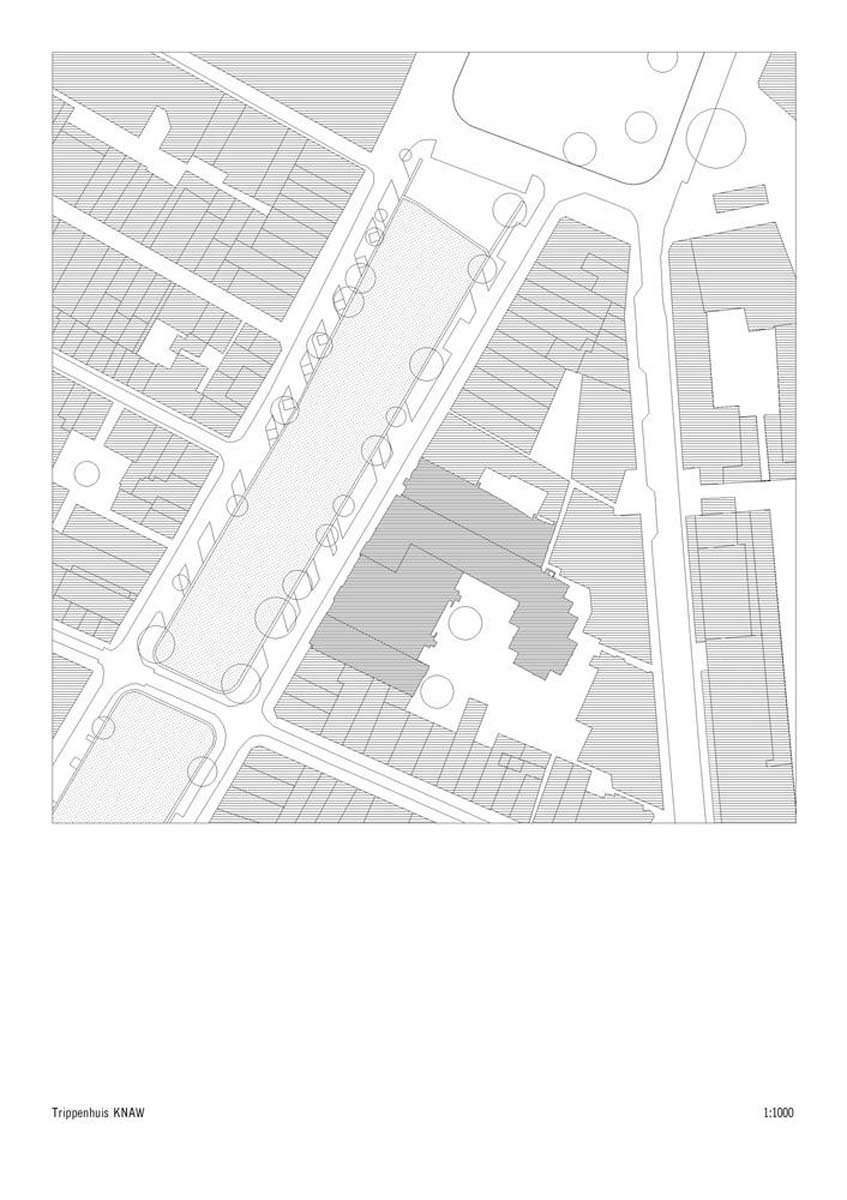 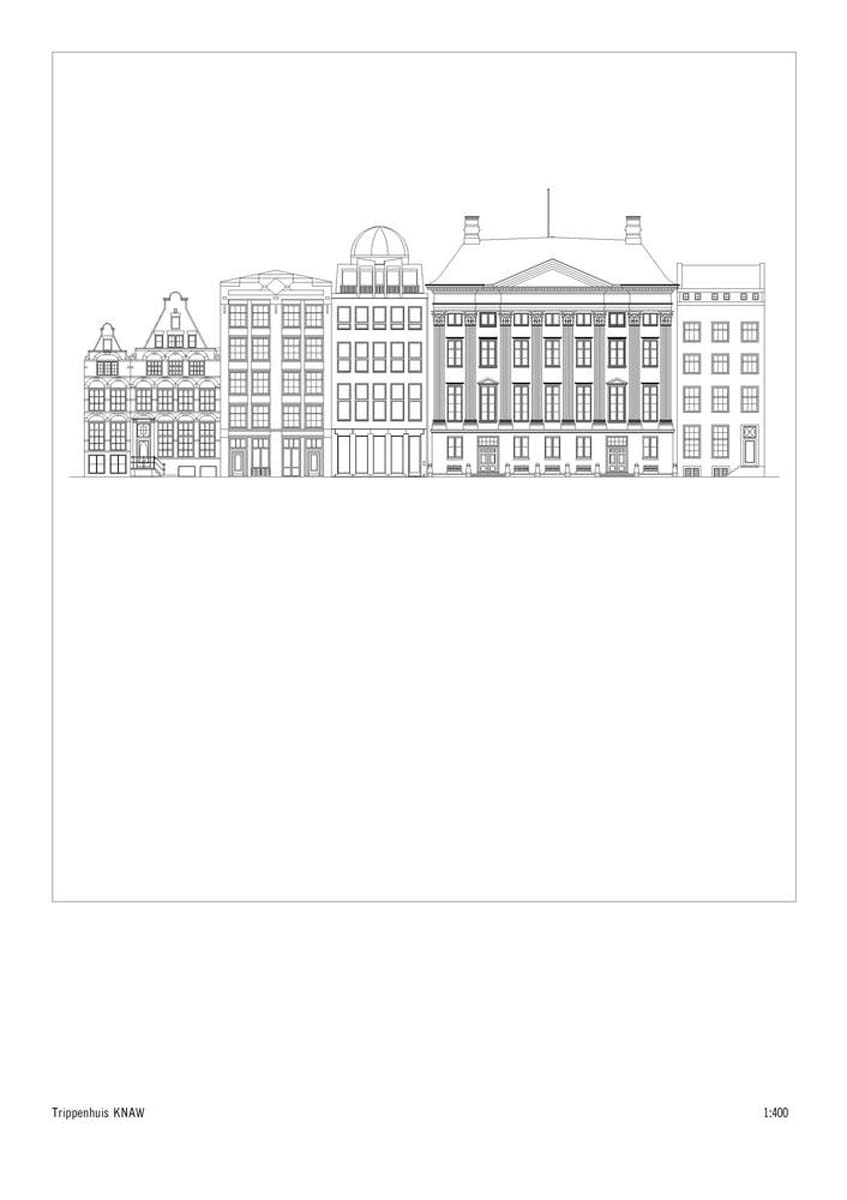 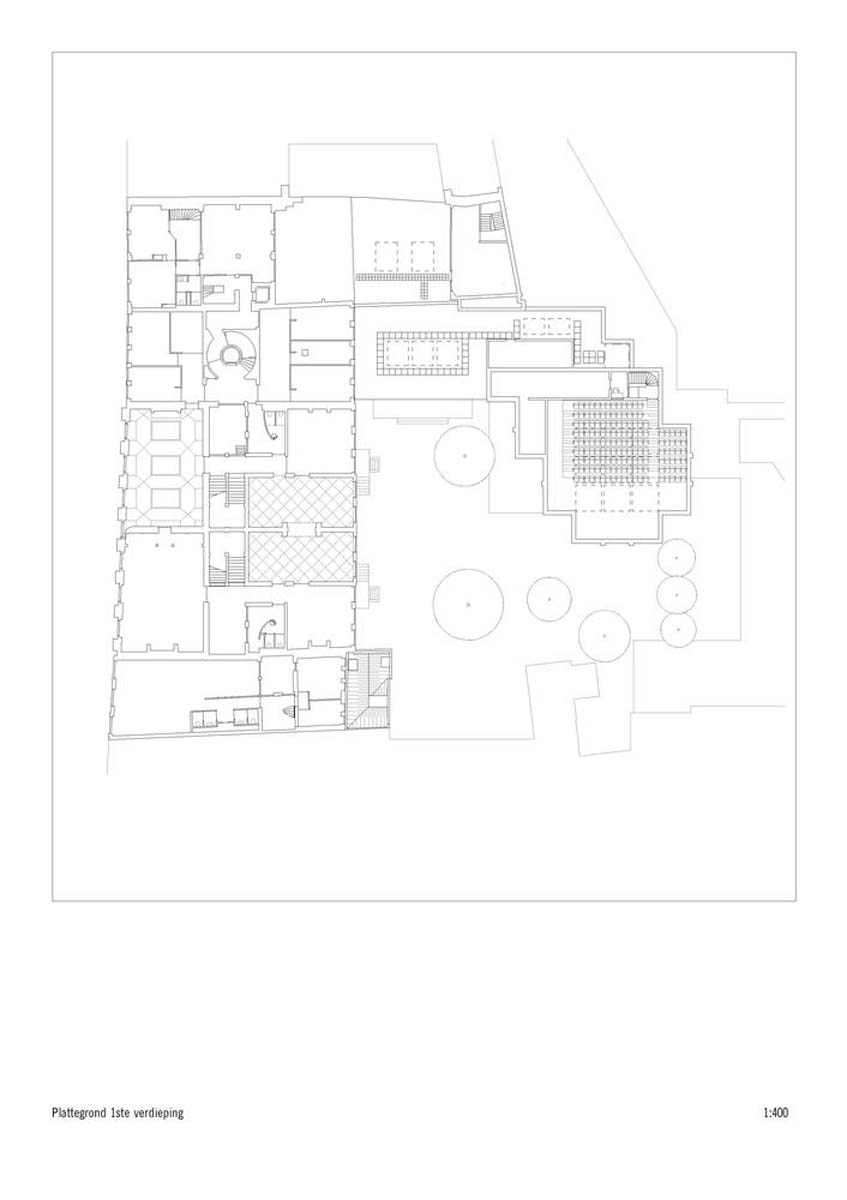 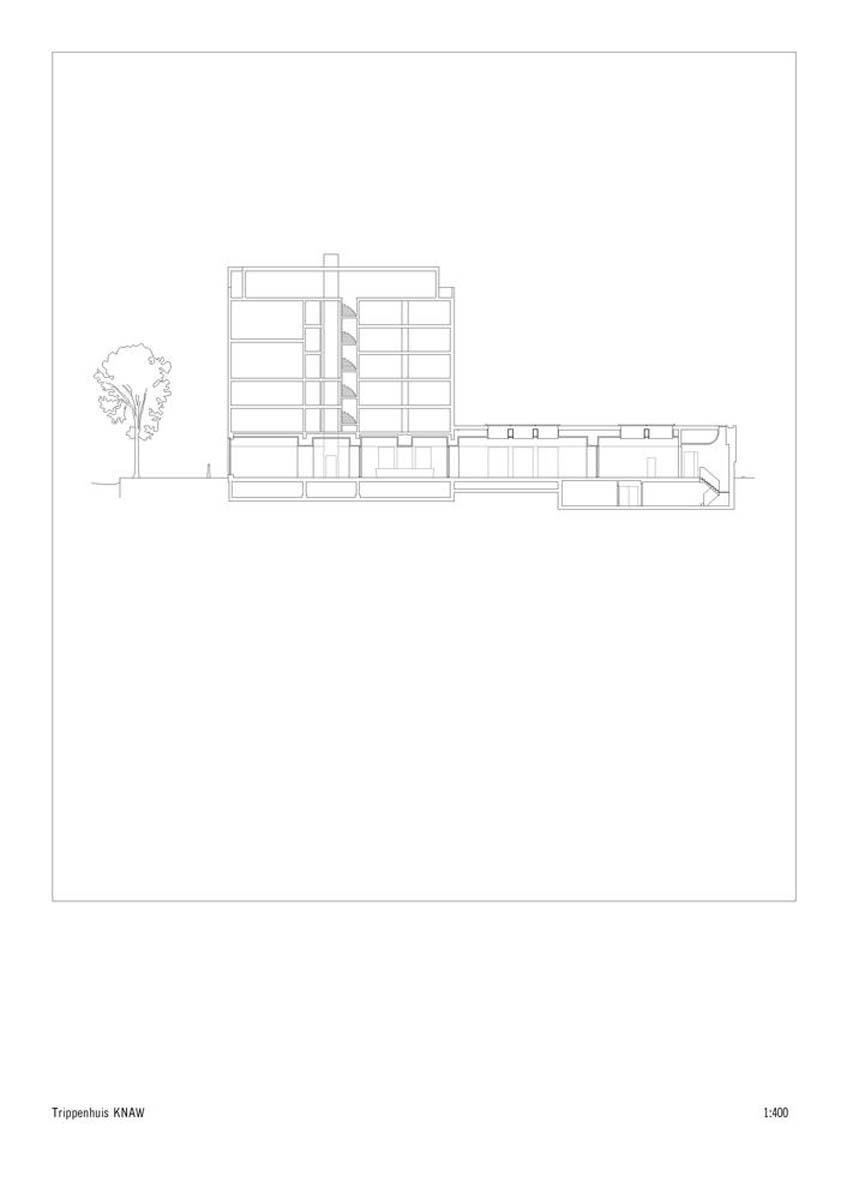