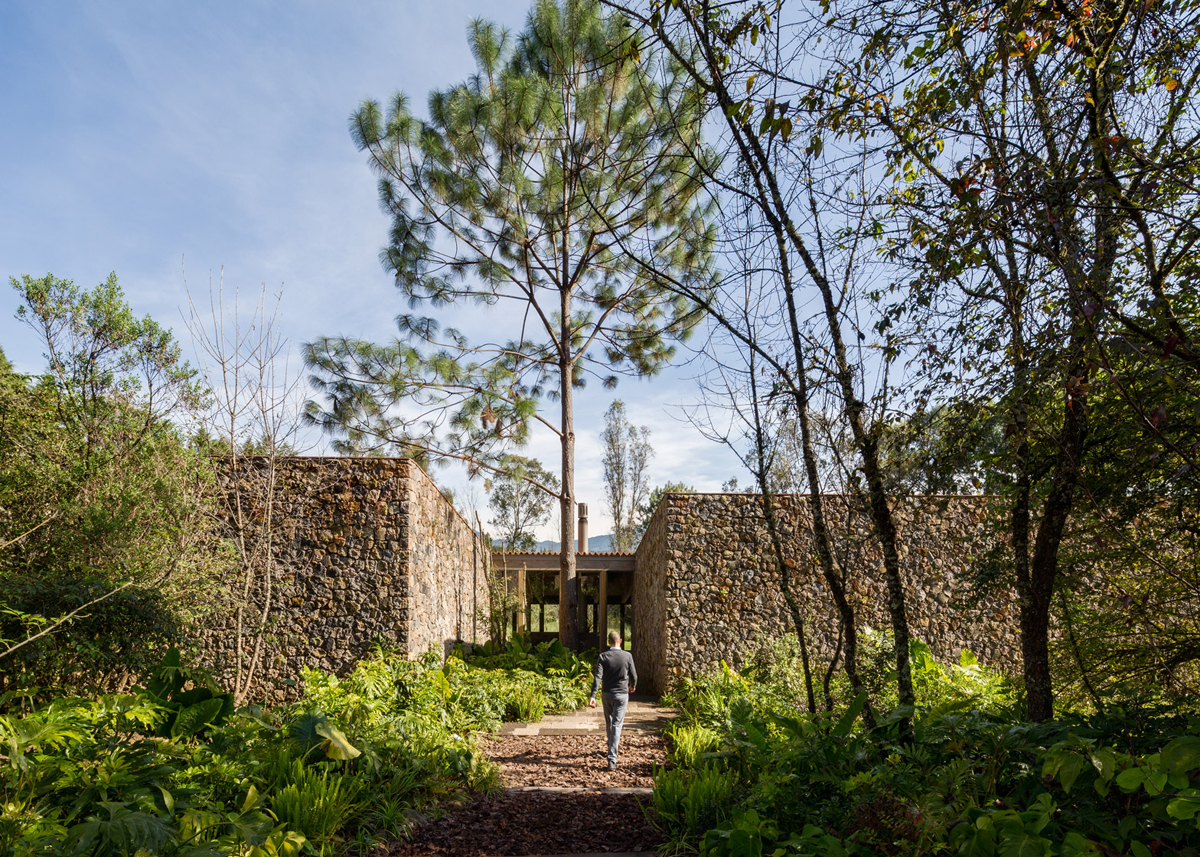 CC Arquitectos used weathered stone, natural wood and huge panels of glazing to create this secluded woodland house in Mexico’s scenic Valle de Bravo region (slideshow). Led by architect Manuel Cervantes Cespedes, the Mexico city studio designed the single-storey Santana House to nestle inconspicuously among the trees of its forested site, offering the ultimate privacy for its occupants. The 500-square-metre property is all laid out on one storey, although its floors are stepped to follow the gentle slope of the landscape. It is also divided up into different blocks, which frame spaces around the perimeter.

«Casa Santana has been carefully placed on its site and within the natural context,» explained CC Arquitectos, which also recently completed offices for a soilless vegetable farm.
«From the outset, the design sought to take full advantage of the property’s proportions and open spaces. Rugged stone blocks form the walls that face the approach road, giving the building a rough multi-tonal texture. There are two recesses in this facade, both glazed. The largest opening frames an existing tree, and provides the main entrance to the property.
«Using one of the existing trees as the heart of an entry courtyard, a space is created for people to come together,» said the team.

Inside, the stone walls continue to form partitions between spaces. But almost every other visible wall is glazed, creating views between rooms, as well as out to the expansive woodland beyond.
The house has structure made from locally milled timber, with a design based on a series of repeated frames. The chunky columns and beams line every living space. Stone slabs provide flooring throughout the building, and were also used to construct a fireplace and wood store in the main living space. The aim was to create «a sense of materials existing at one with the surrounding area», according to the studio.

The living space is located on the northeast side of the building, and features glass walls on all four sides. The lounge takes up one side of the space, while the kitchen and dining area occupy the other. «The furniture was all made in situ using stone finishes and the same wood as used for the structure itself, all as part of a total integration of the space and its function,» said CC Arquitectos.

A corridor leads through from here to a study that doubles up as a guest bedroom, complete with en-suite bathroom and private terraces. Beyond, three bedrooms are lined up alongside one another. All three offer views out to the forest, and open to a sheltered terrace that runs along the rear of the building. The bedroom and living room block frame a garden area, where a reflecting pool and jacuzzi have both been installed amidst the shrubbery.

«The landscaping is central to the project by generating a transition between the building and nature, through the use of regional plants, further adding to the sense of integration sought by the project,» added the team.
Valle de Bravo is a two-hour drive west of Mexico City, located on the shore of Lake Avándaro, and has become a popular weekend getaway for the city’s most affluent residents. CC Arquitectos has previously built another house there – a residence with a stable on the roof. Other recently built properties in the area include a concrete-framed house by Taller Hector Barroso. 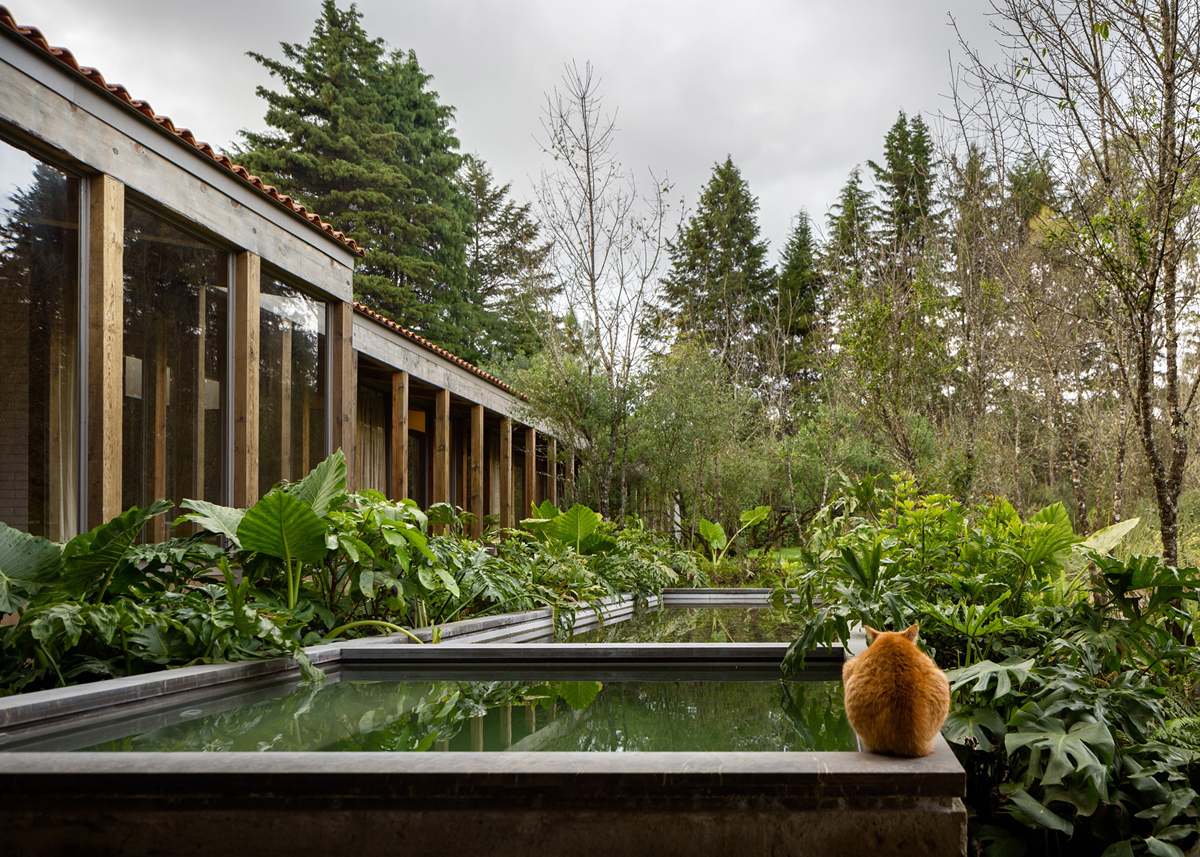 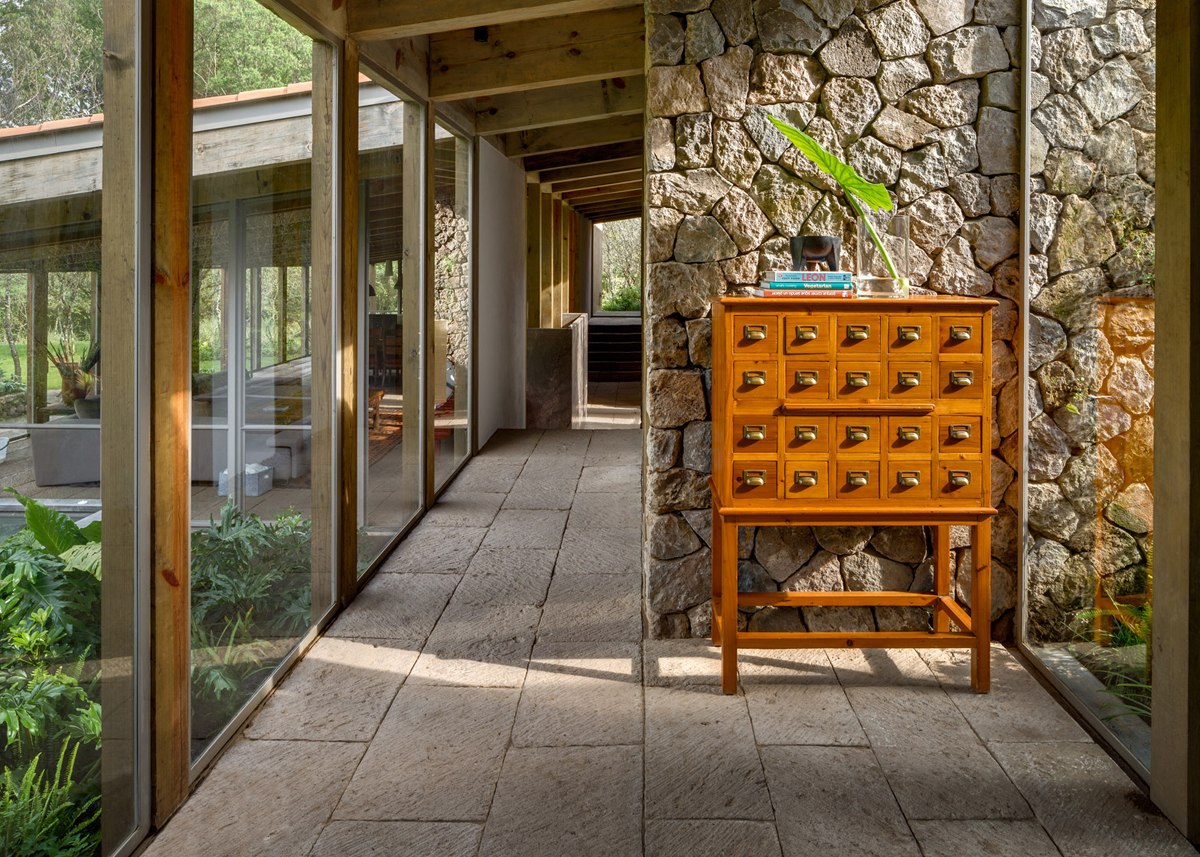 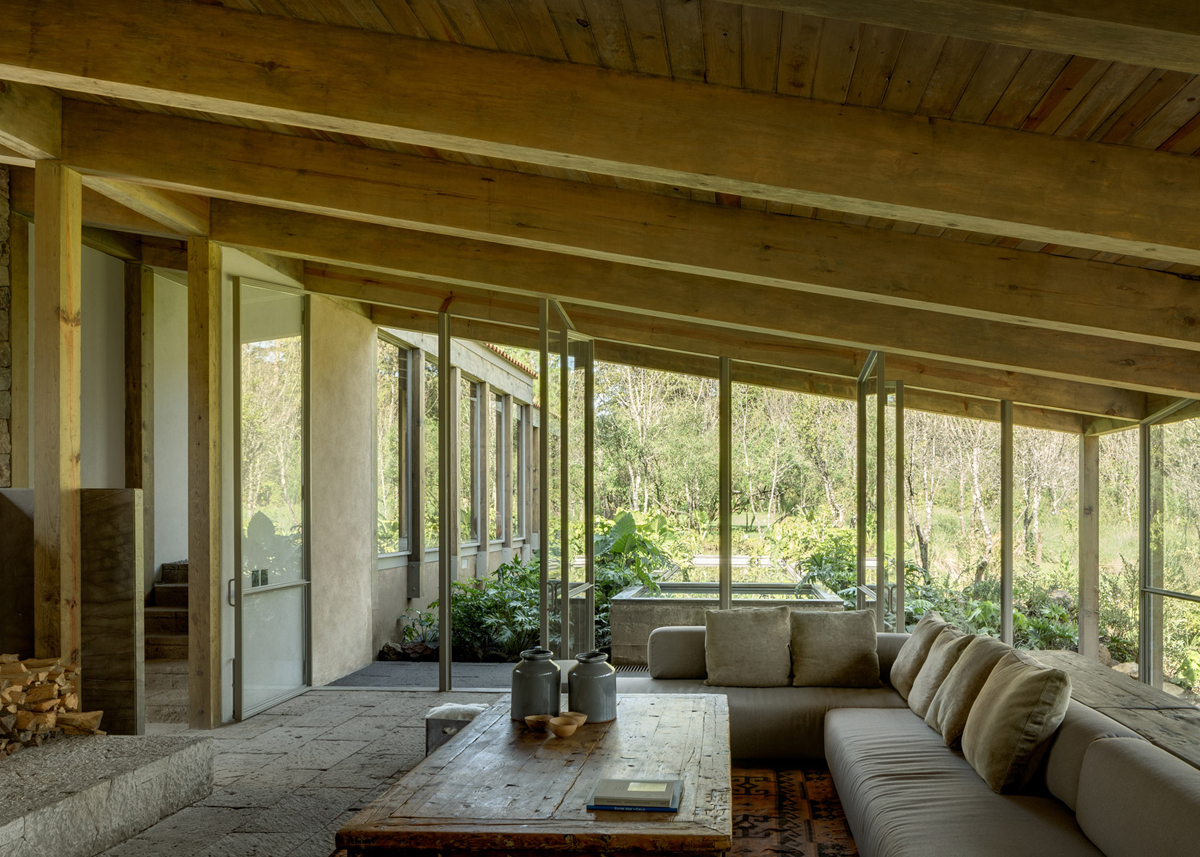 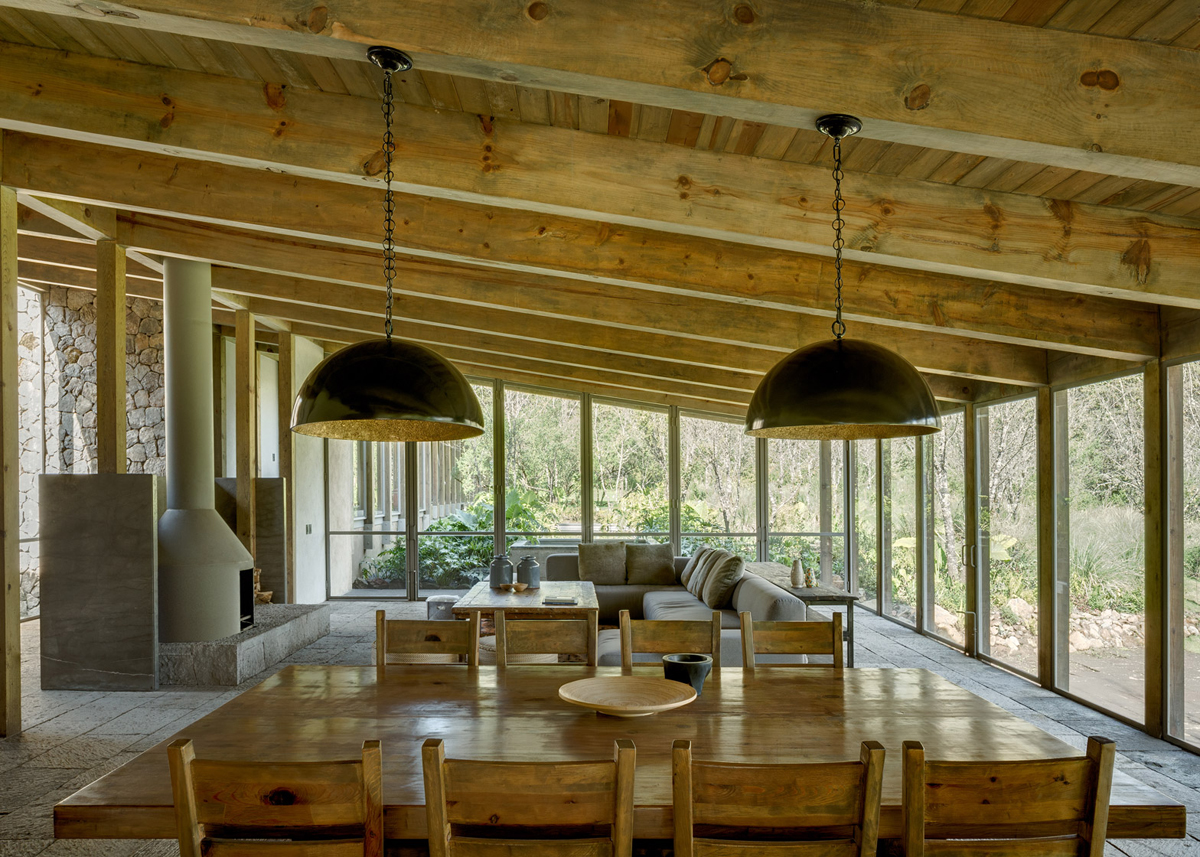 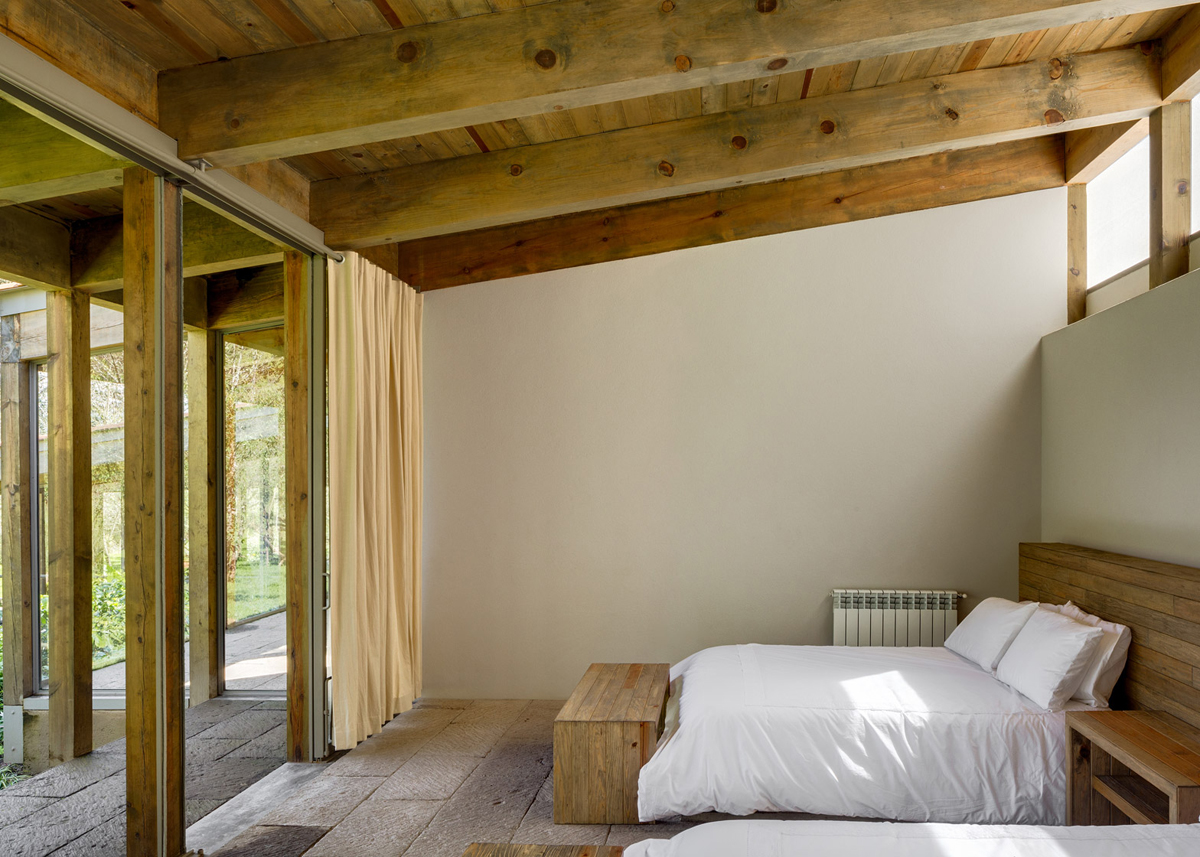 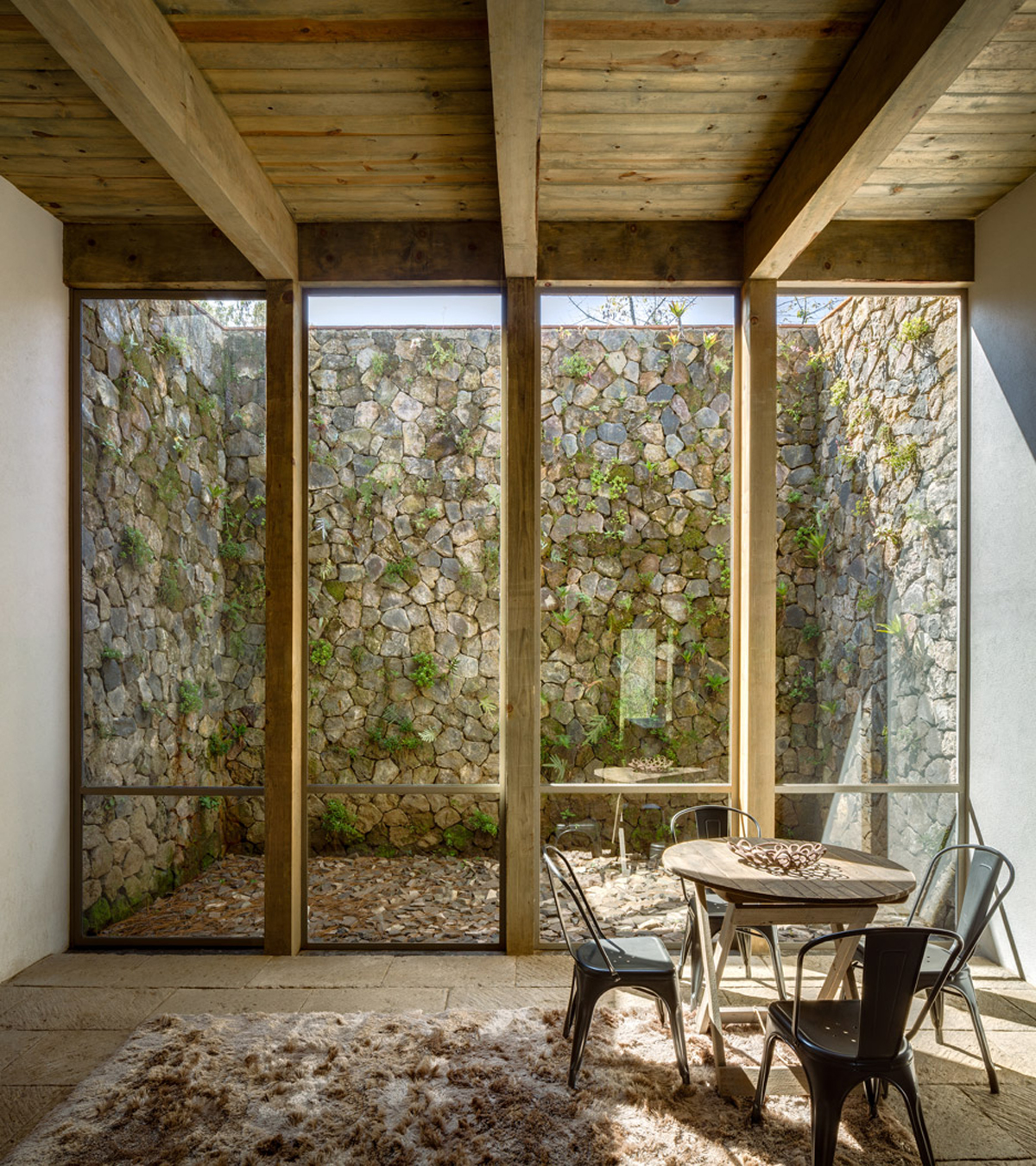 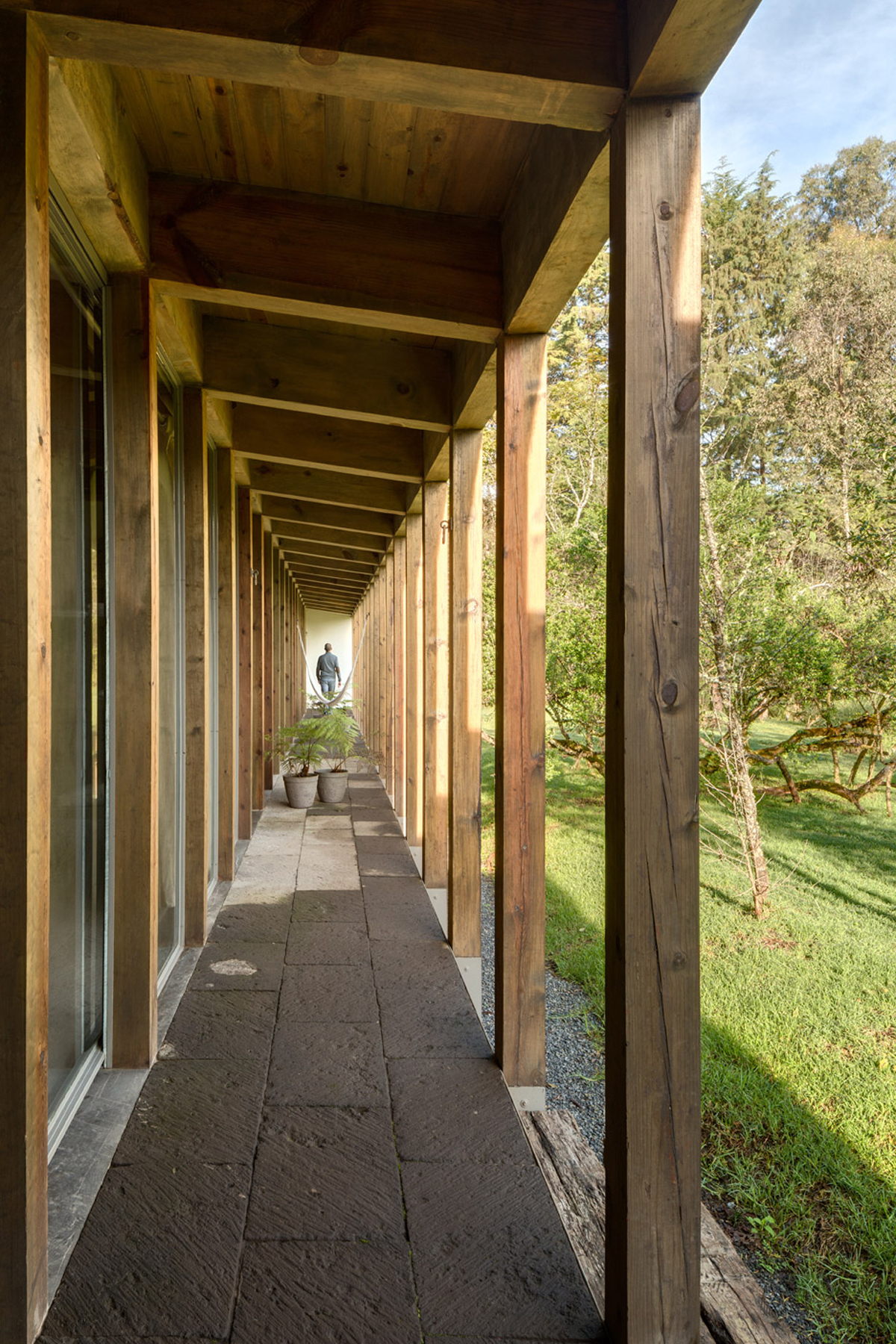 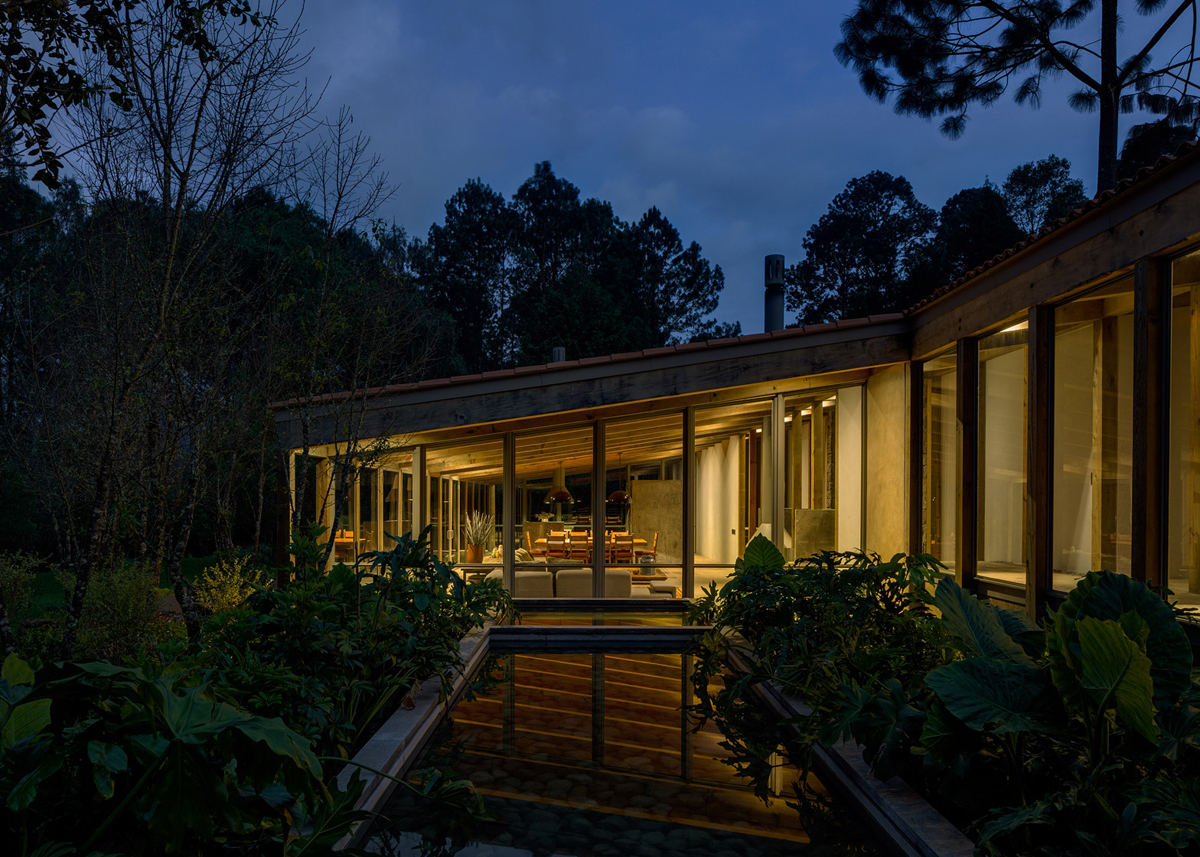 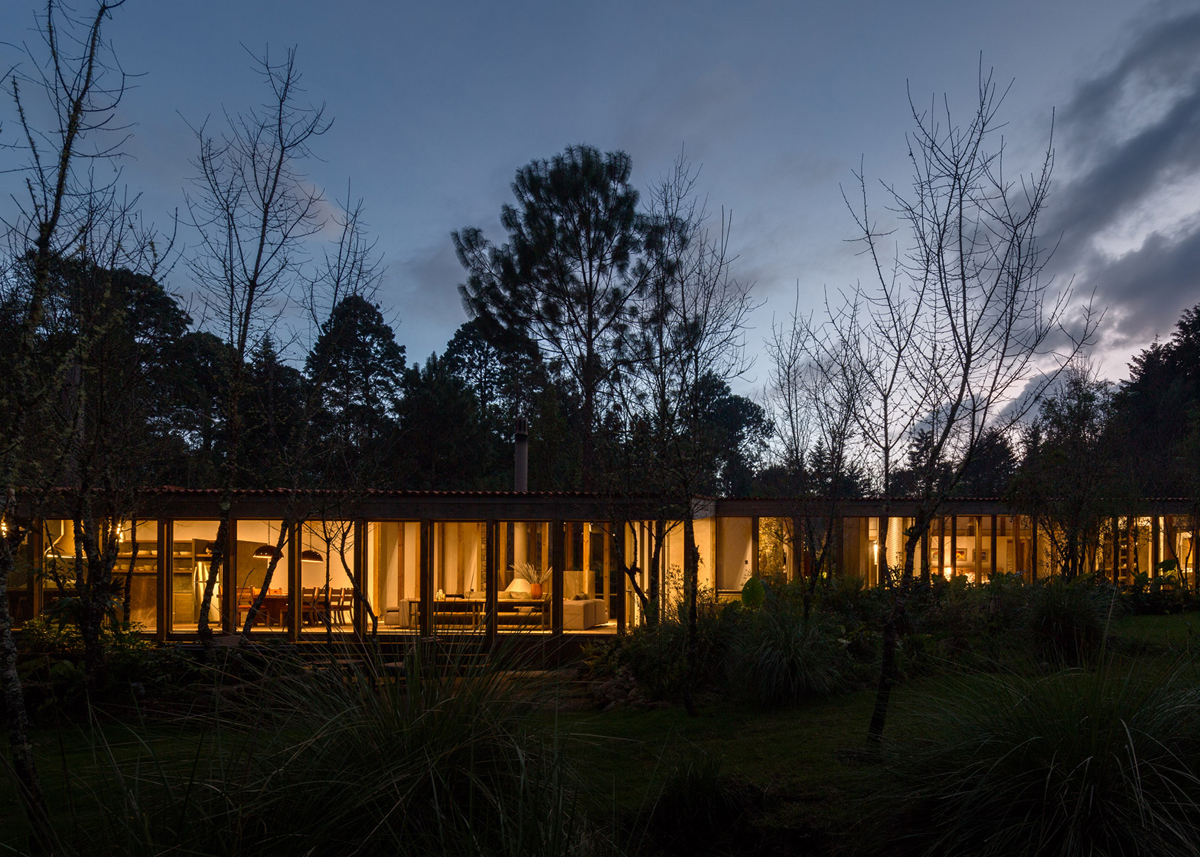 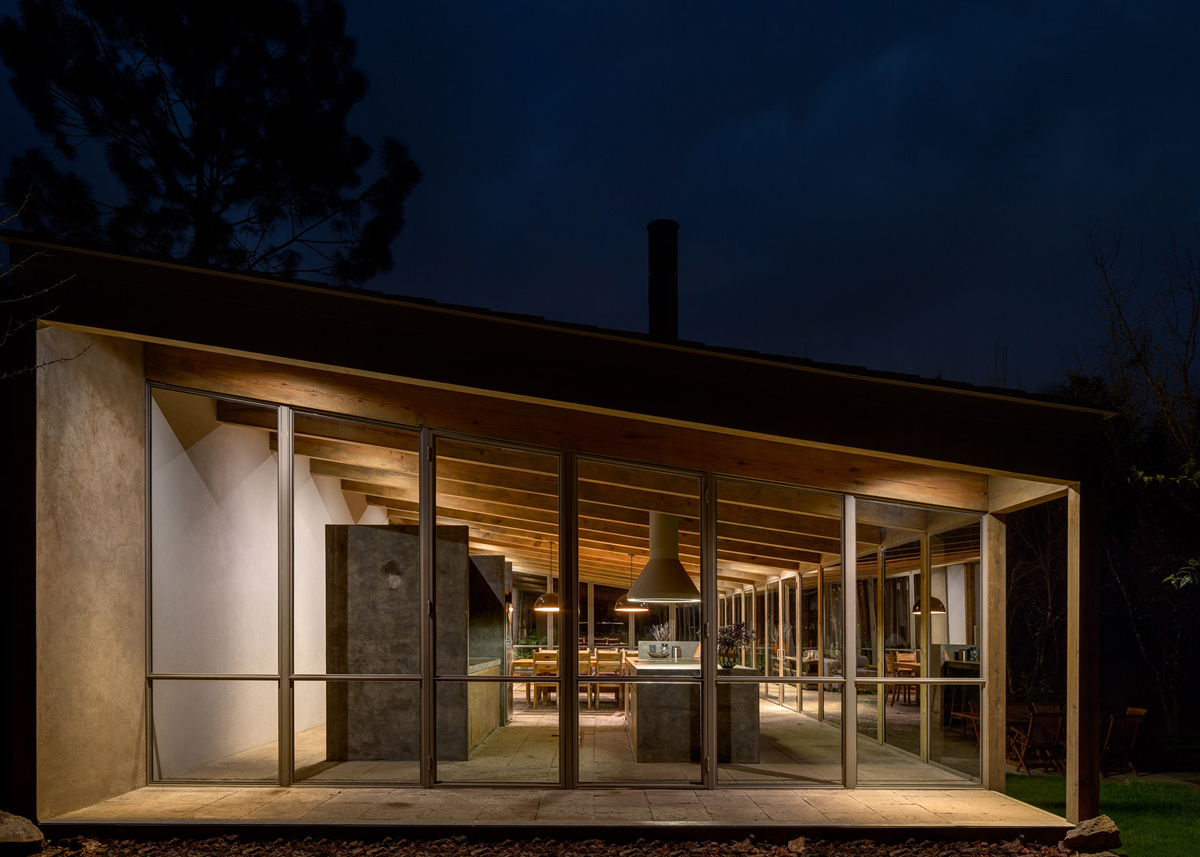