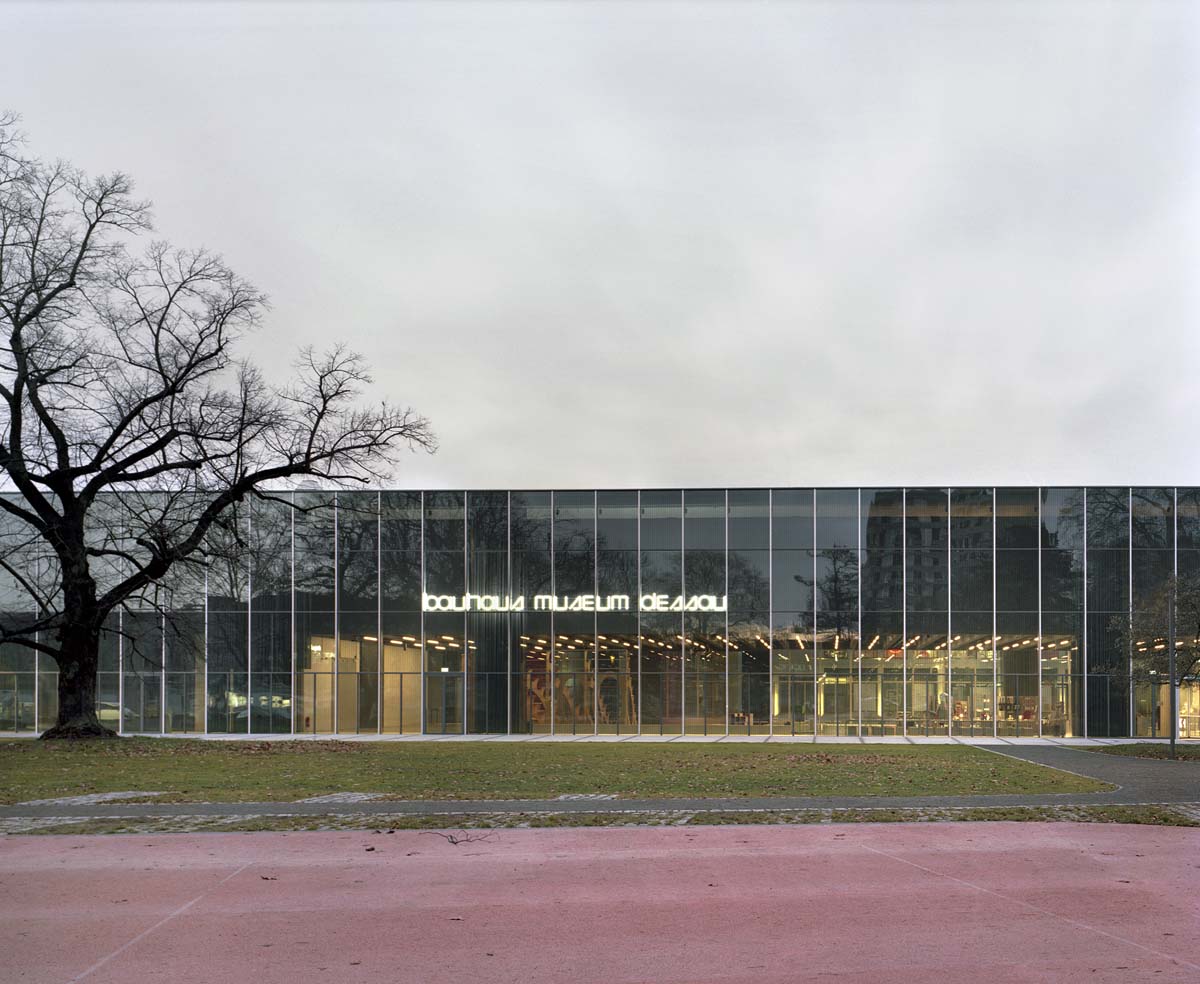 In 2015, Barcelona based Addenda Architects won the international competition for the Bauhaus Museum Dessau, which received 830 entries. The most significant aspect of the pragmatic and austere design is the subtle reincarnation of the Bauhaus spirit, notably identified with Mies’ famous oxymoron “less is more”. Referring to some specific features of the Bauhaus school in Dessau – the glazed Curtain Wall, the two-story Bridge and the overall impression of transparency, lightness and plane surfaces – the new museum will embody a manifesto of contemporary culture that could most accurately be described as “low resolution at its best”.

The new Bauhaus Museum Dessau links an iconographic heritage («Less is More») with a manifesto of contemporary culture («The Age of Less»). The new Bauhaus Museum Dessau is a clear and simple volume located between city and Park, construction and nature. Its position, a little set back from the former historic building line, suggests a continuation with the city urban legacy. The building has an intermediate urban scale, between the size of a building and the size of a city block. Its position and dimension acts as a city limit, which demarcates city and Park.

Its four facades, oriented towards the four cardinal points, reflect the qualities of its position.
The Eastern Facade, facing Kavalierstrasse, recalls the old building line and the building’s urban character.
The western facade, towards the park, is influenced by the reflection of nature and acts as a background for outdoor gathering and activities.
The northern facade, in Friedrichstrasse and in front of the Post Office building, is devoted to logistics and administration.
The southern facade, facing the Stadtgespräch fountain, promotes social interaction through some Museum activities like workshops and other cultural events.

Inside the glass box, the collection is concealed in a black concrete hollow beam structure supported by two boxes that contain the staircases. The space between this suspended beam and the glass box is a highly flexible, easy to configure and reconfigure space, thanks to a system based on a virtual grid, which is the result of a regular geometrical subdivision of the structure. This feature ensures the highest feasibility in terms of time, cost and building quality.

The visitor’s entrance, located where Ratsgasse and Stadtpark meet, is part of the main central interior space, or «offene Bühne» (open stage), a vast space for gathering and exhibitions between the park and the city. The permanent collection is placed in a monolithic, hermetic and column-free hall in the upper level, accessed via stairways and lifts located in the two supports. The temporary exhibition is underneath the Collection, which is also part of the «offene Bühne».

It sets a dialogue with the immediate urban reality while allows the facade to change its appearance with each new exhibition. The Museum’s Logistics, Administration and Education areas are placed at the ends of the Black Box. Logistics and Administration areas are located at the north area while museum education, events and workshops are located at the south area. Thanks to its location and recognizable, quiet presence, the Bauhaus Museum will play a key role in Dessau’s urban identity as an instrument to express activity and productivity, creativity and social interaction. 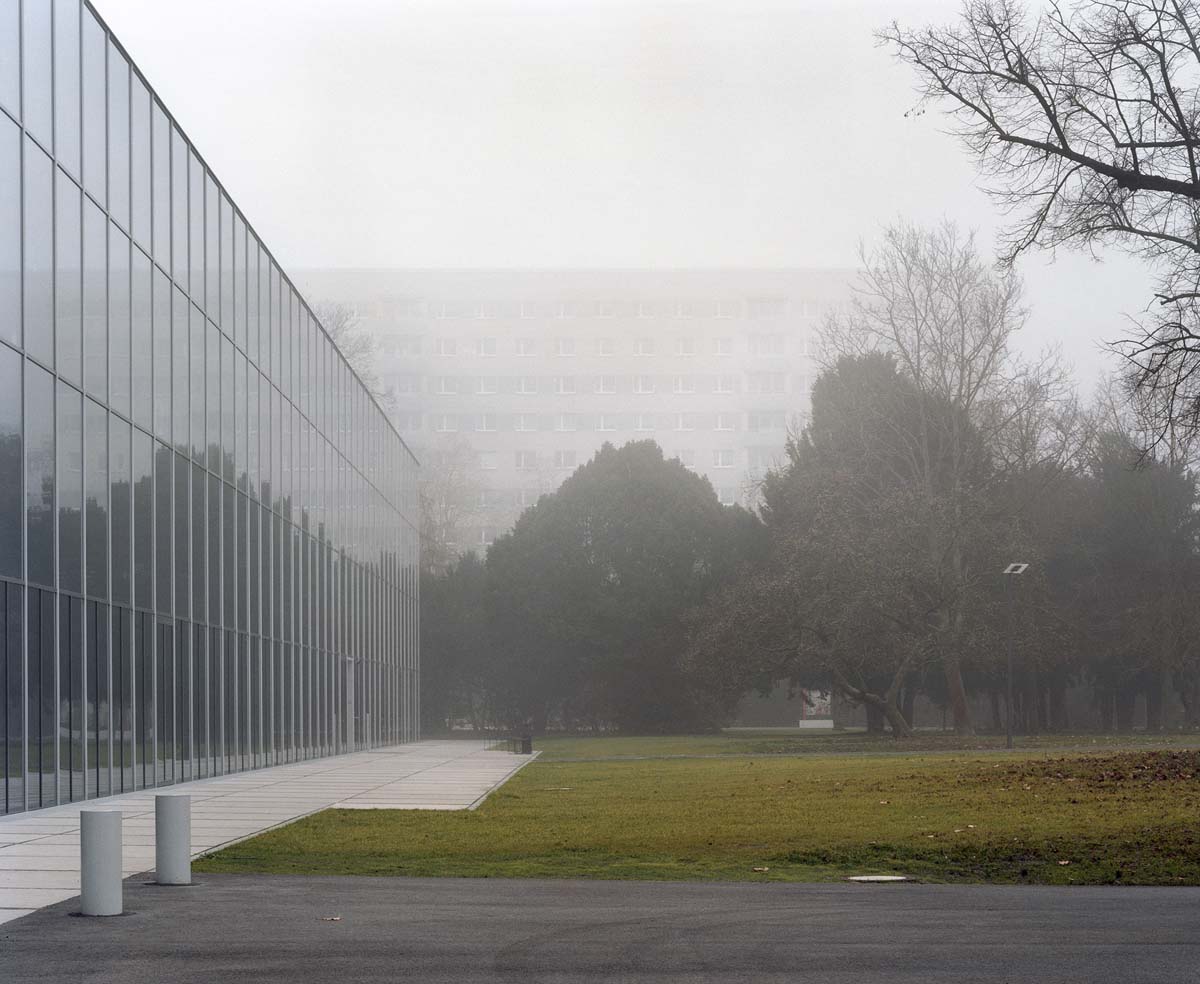 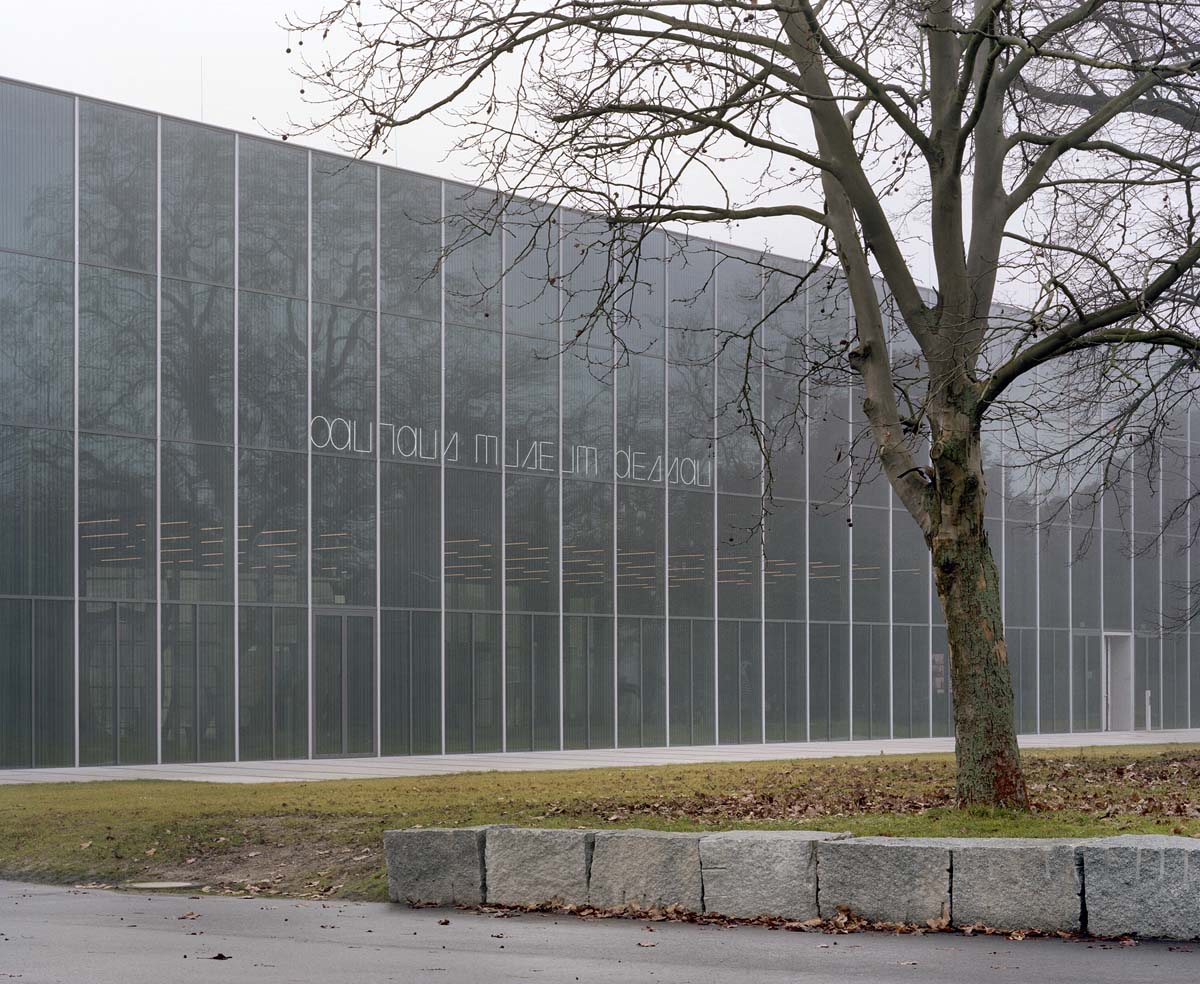 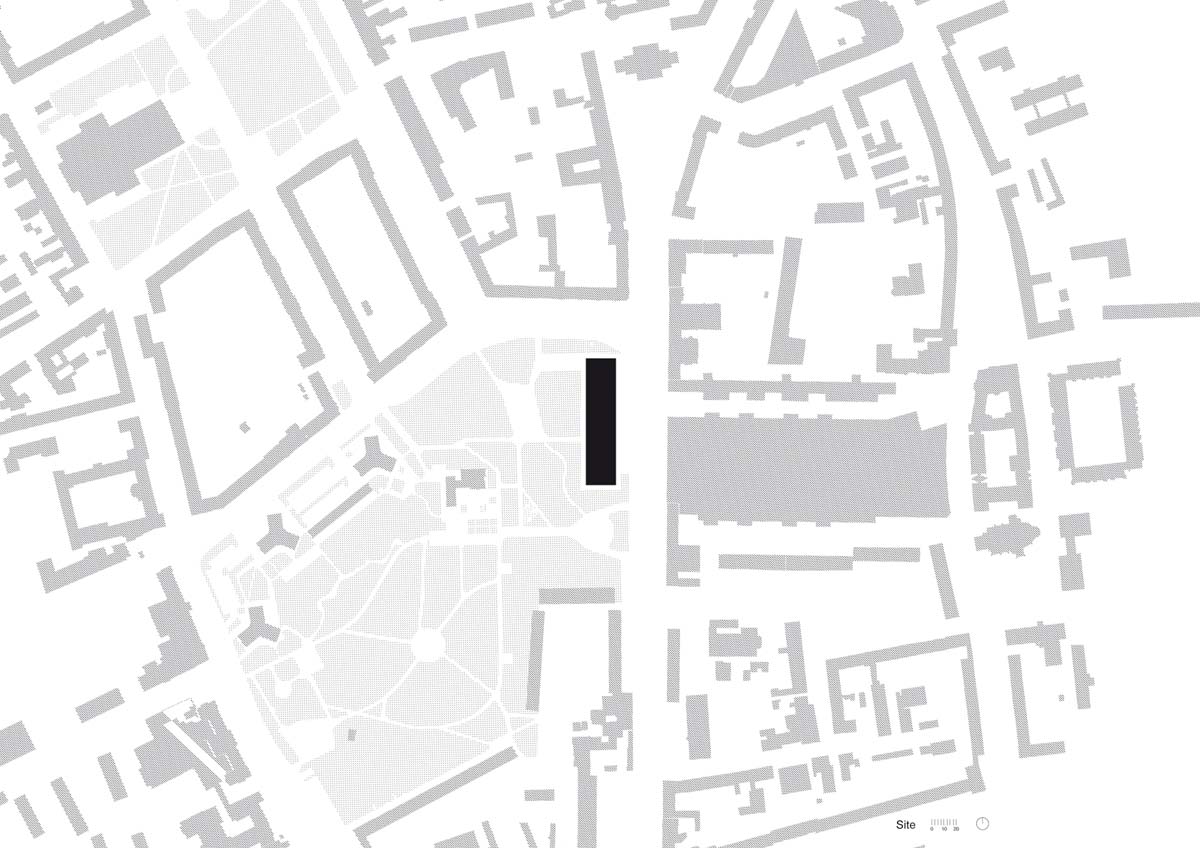 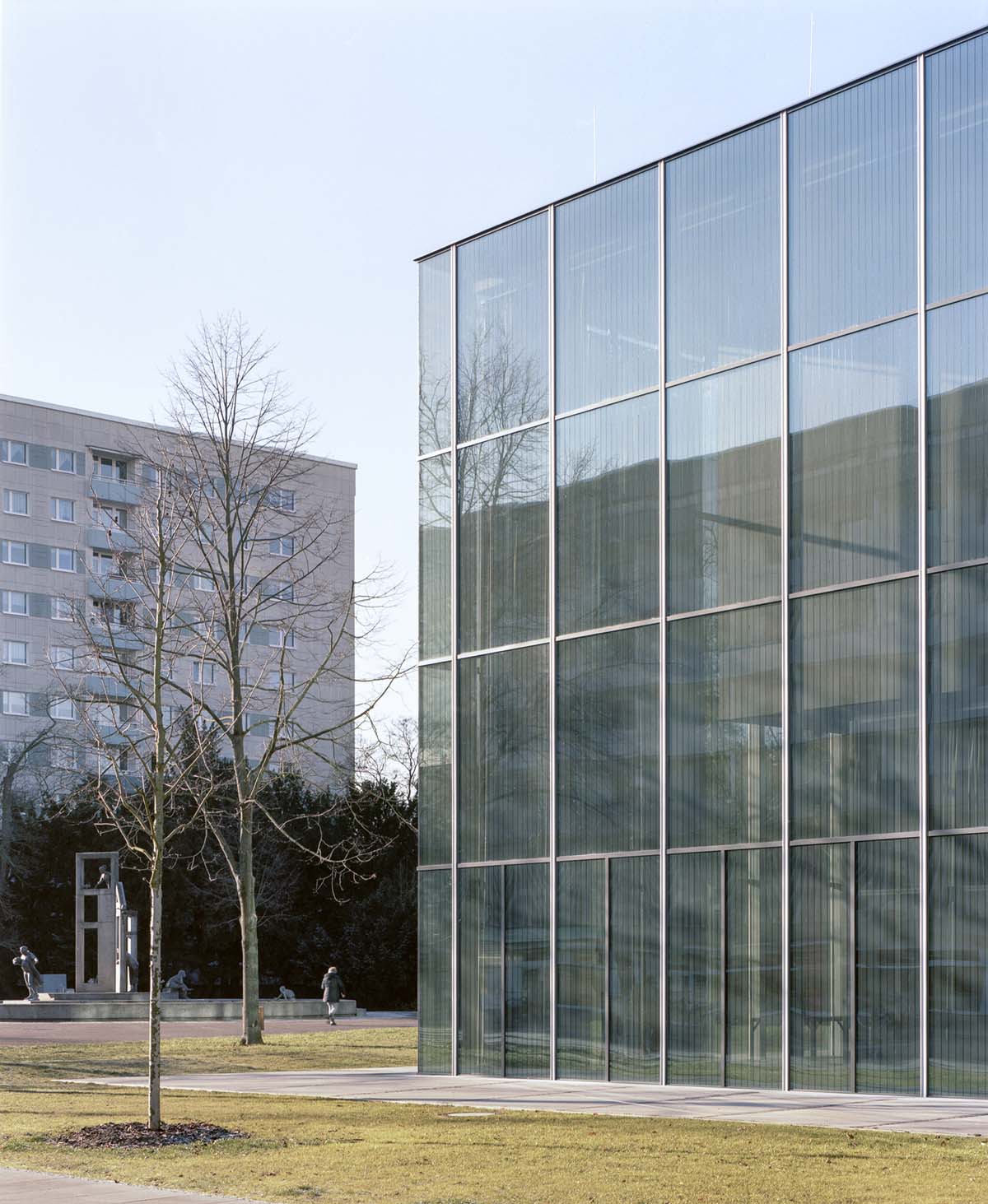 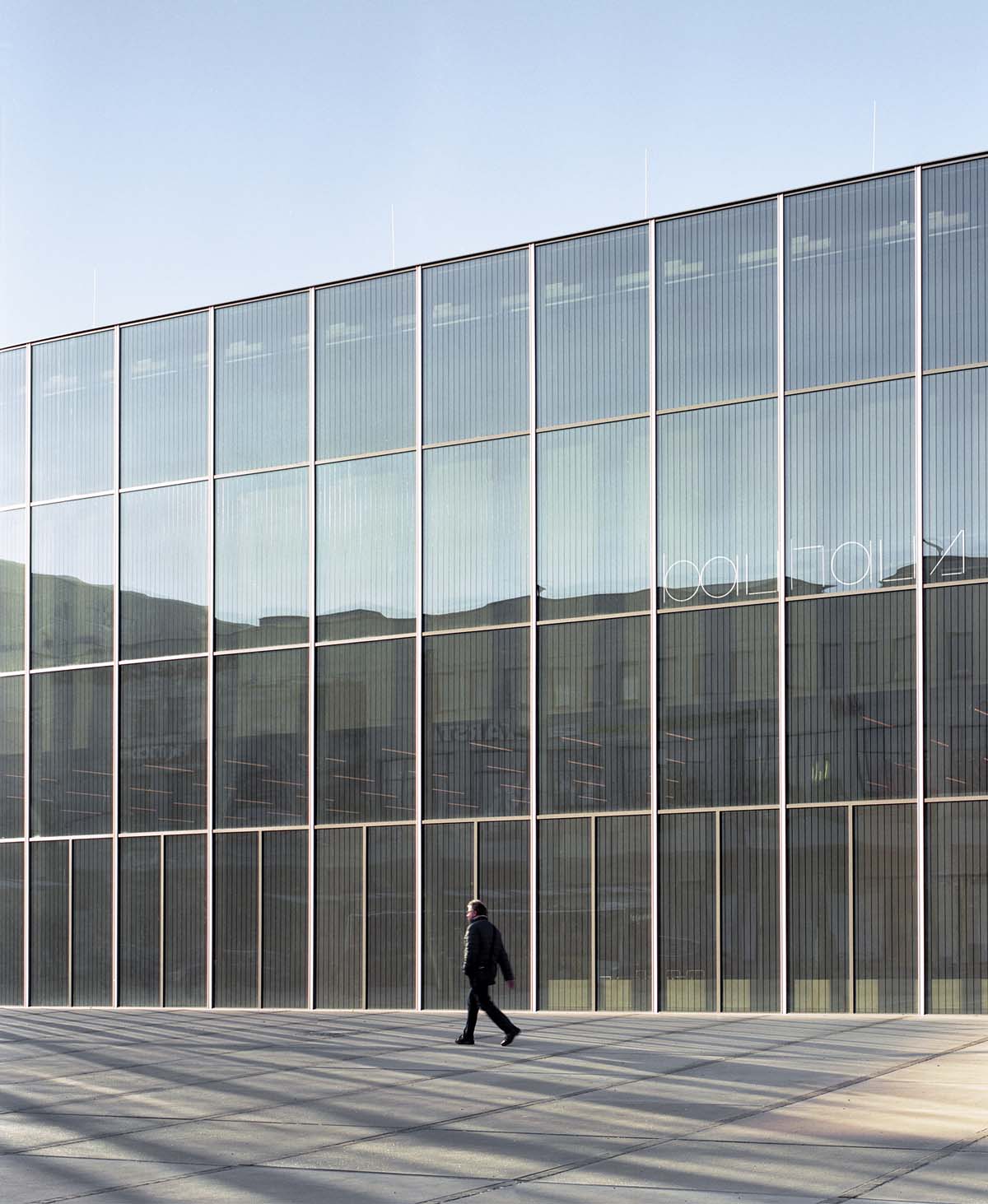 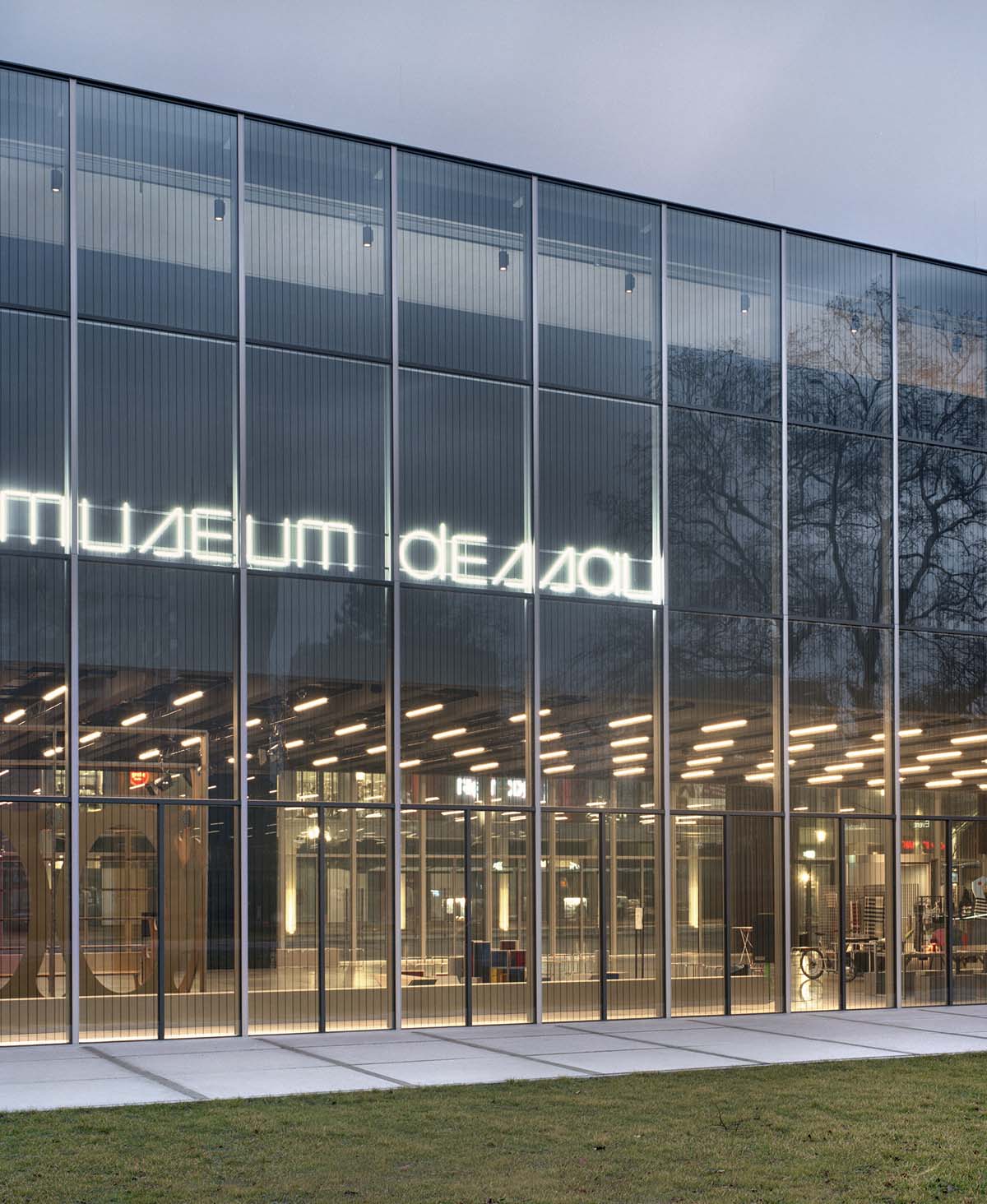 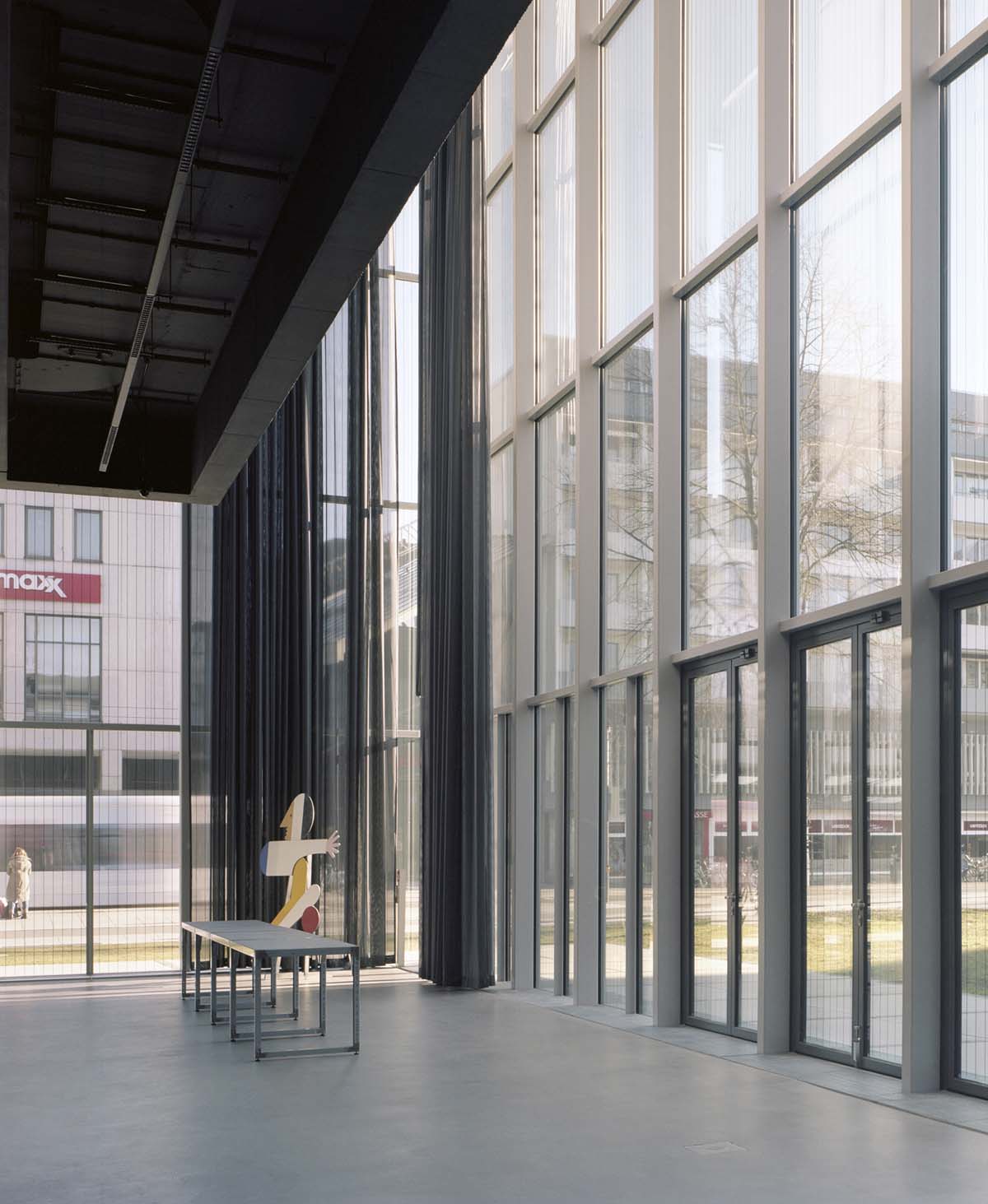 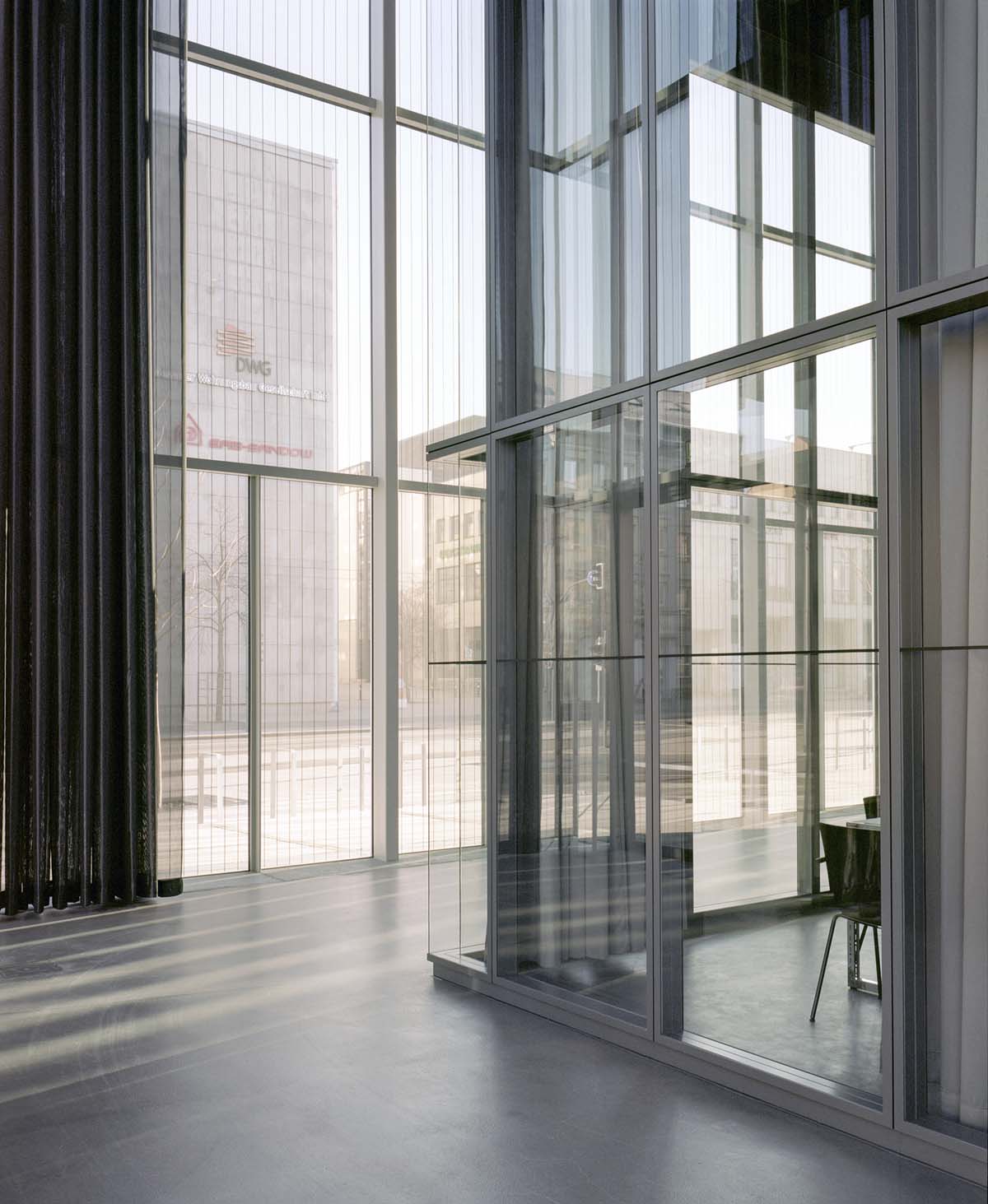 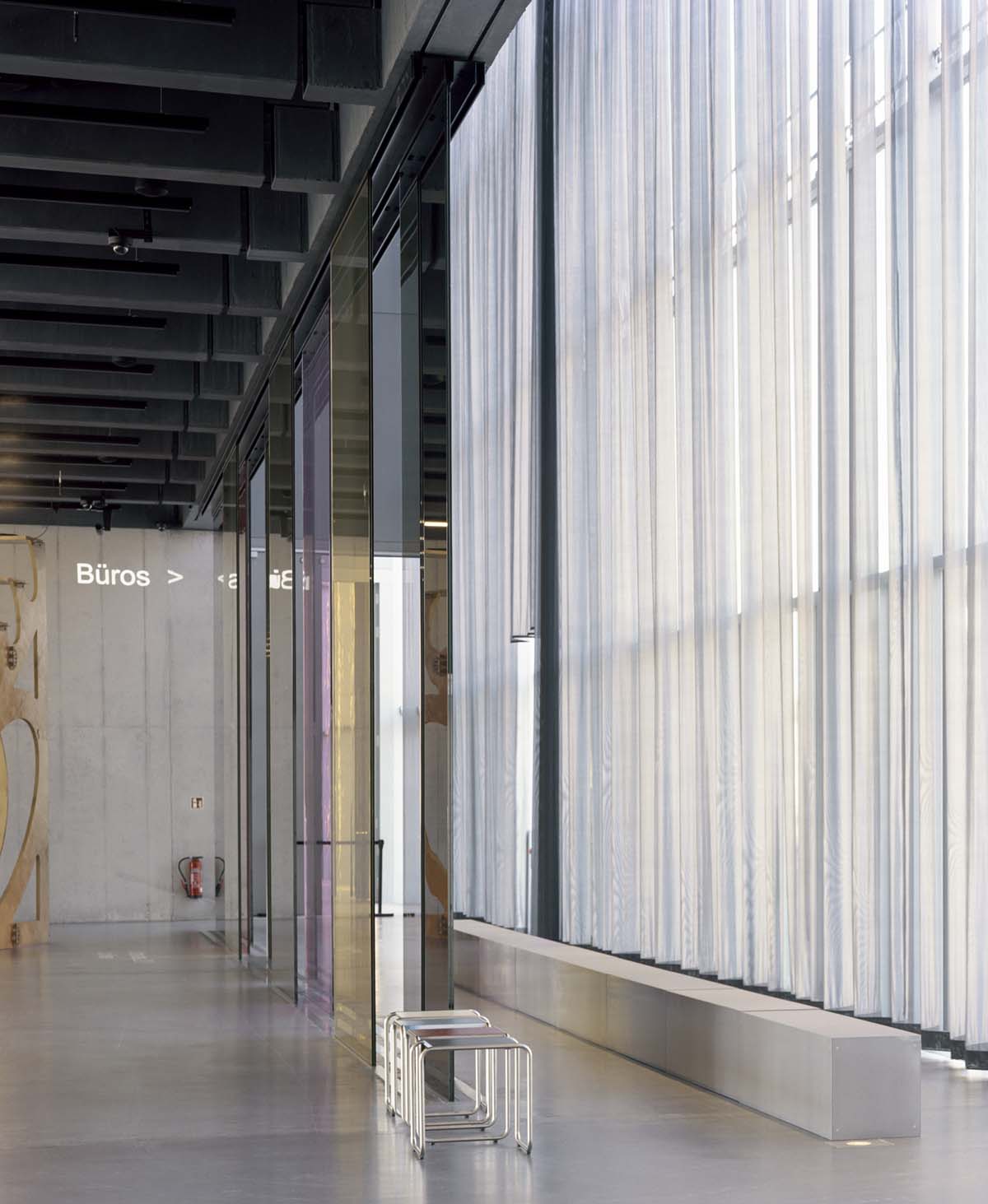 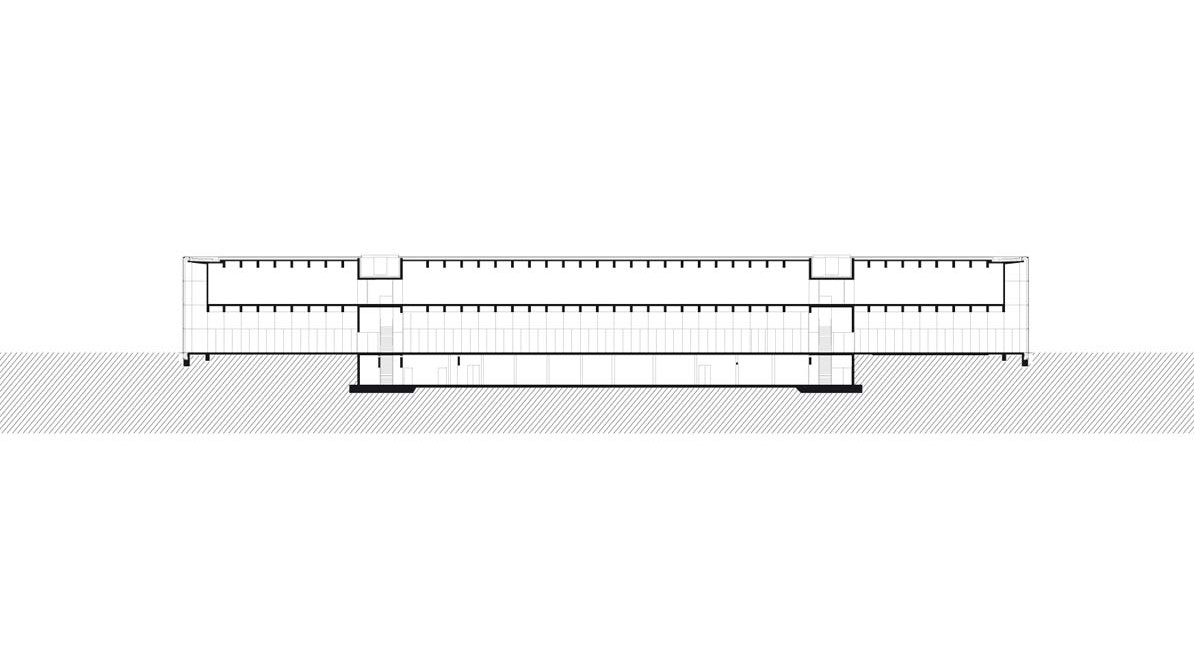 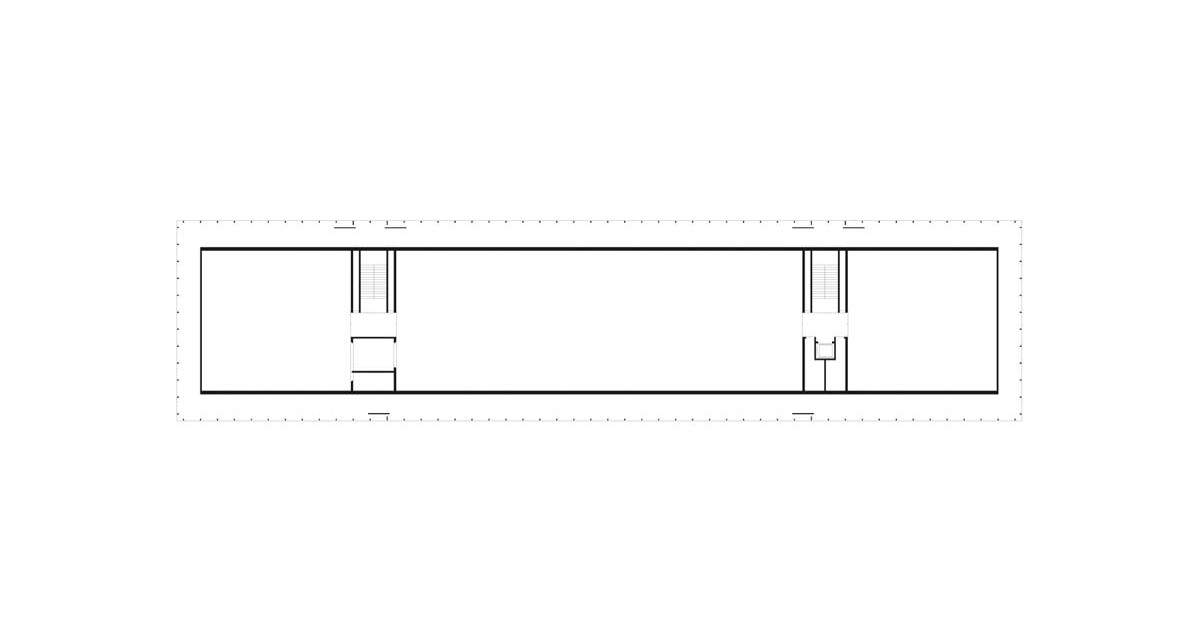 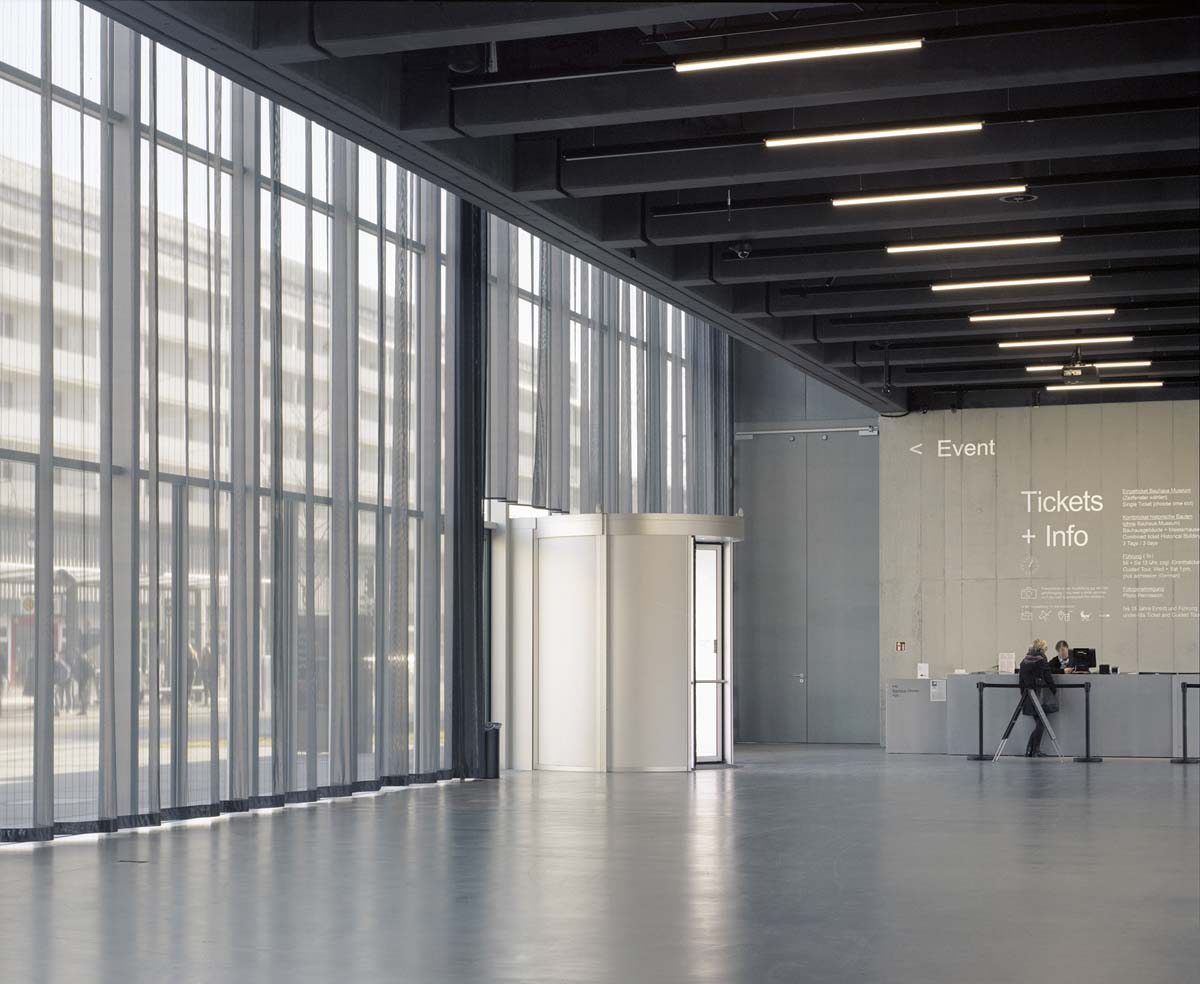 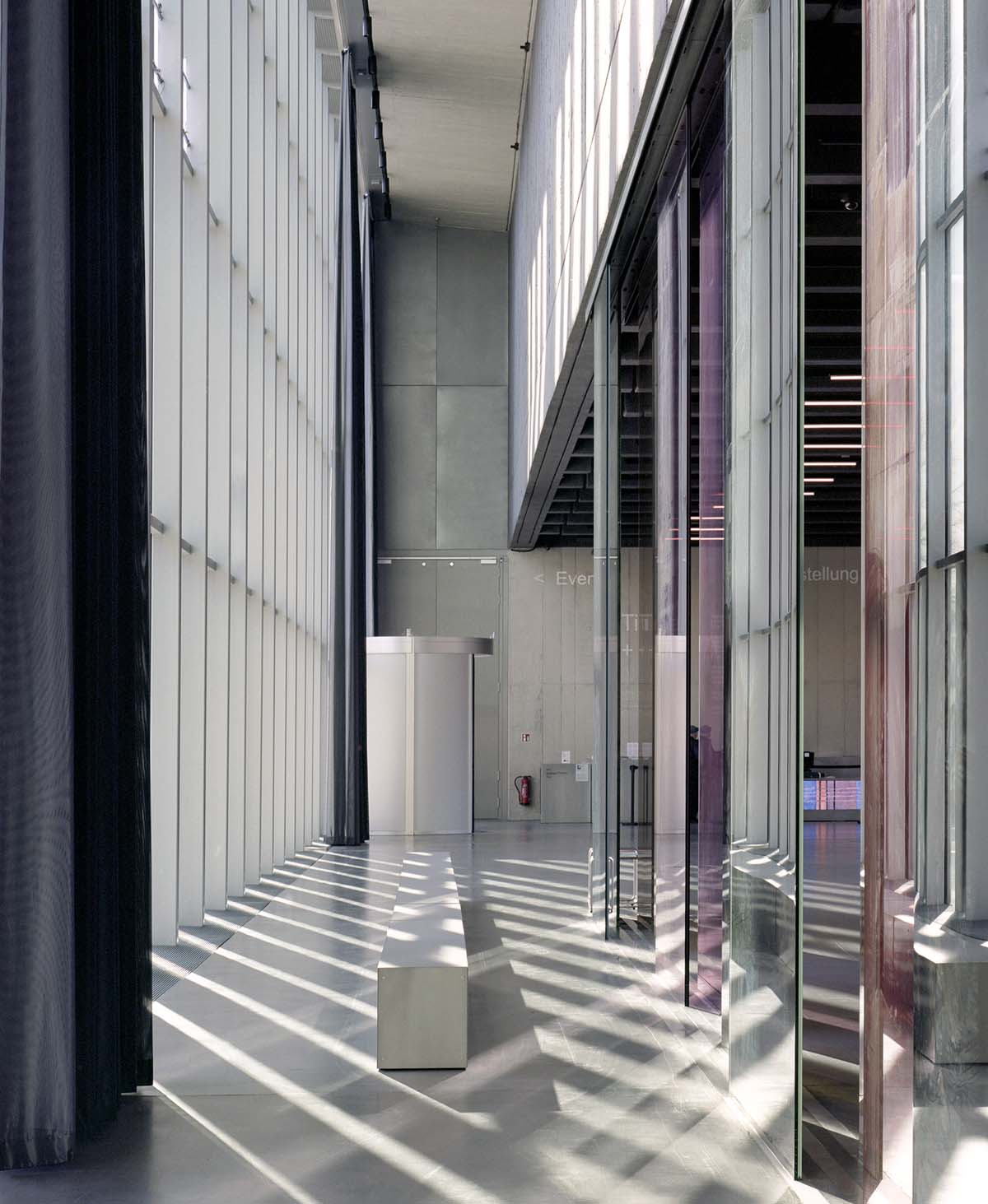 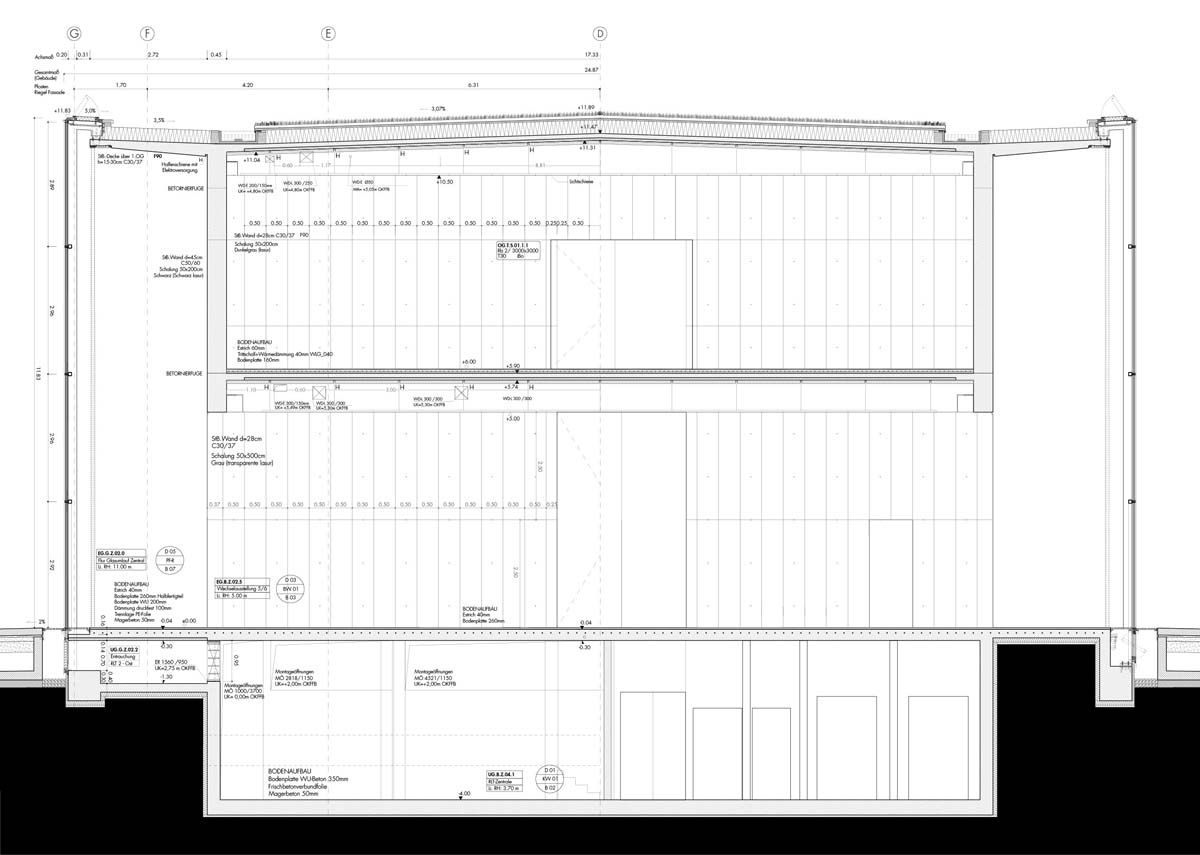 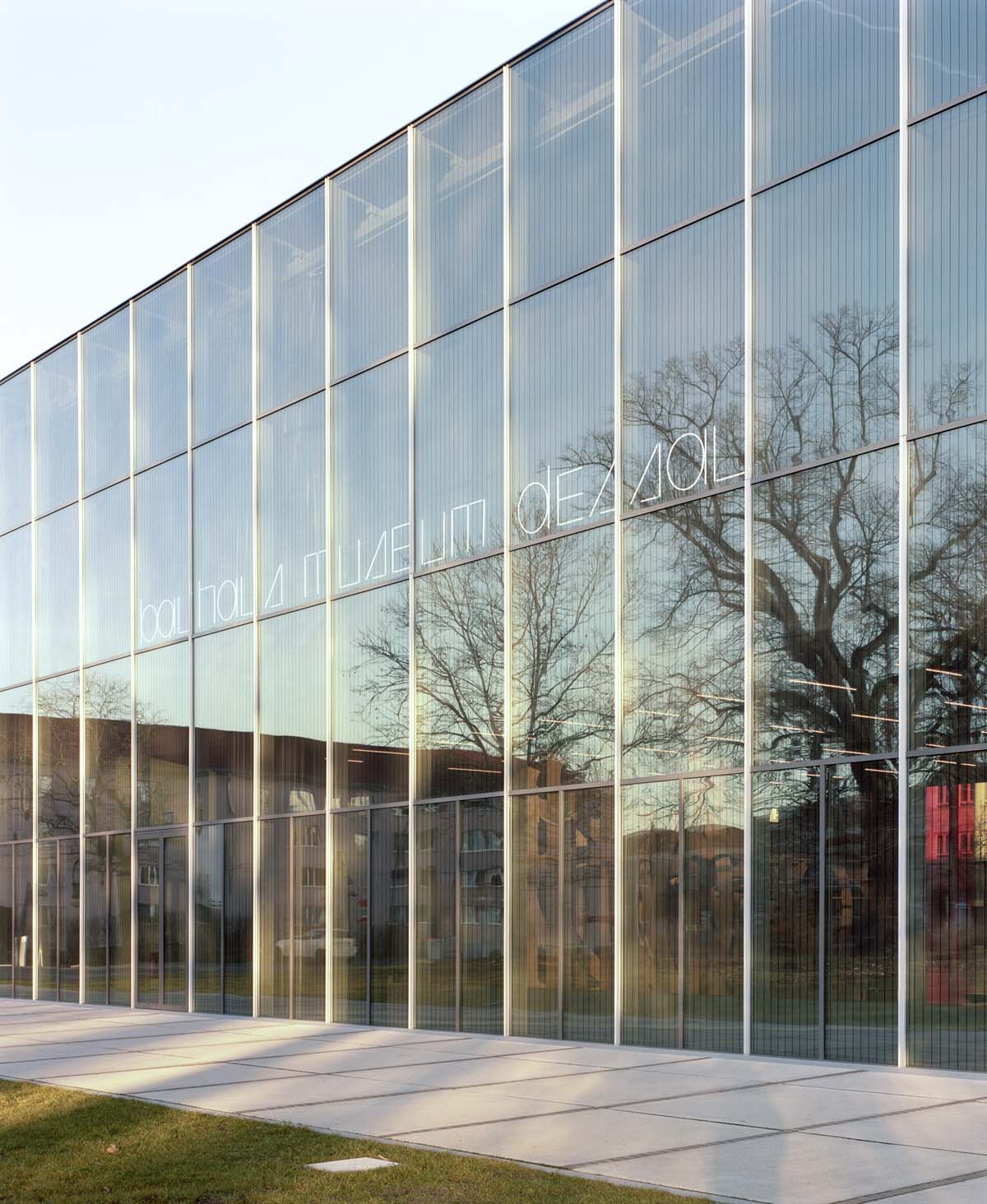 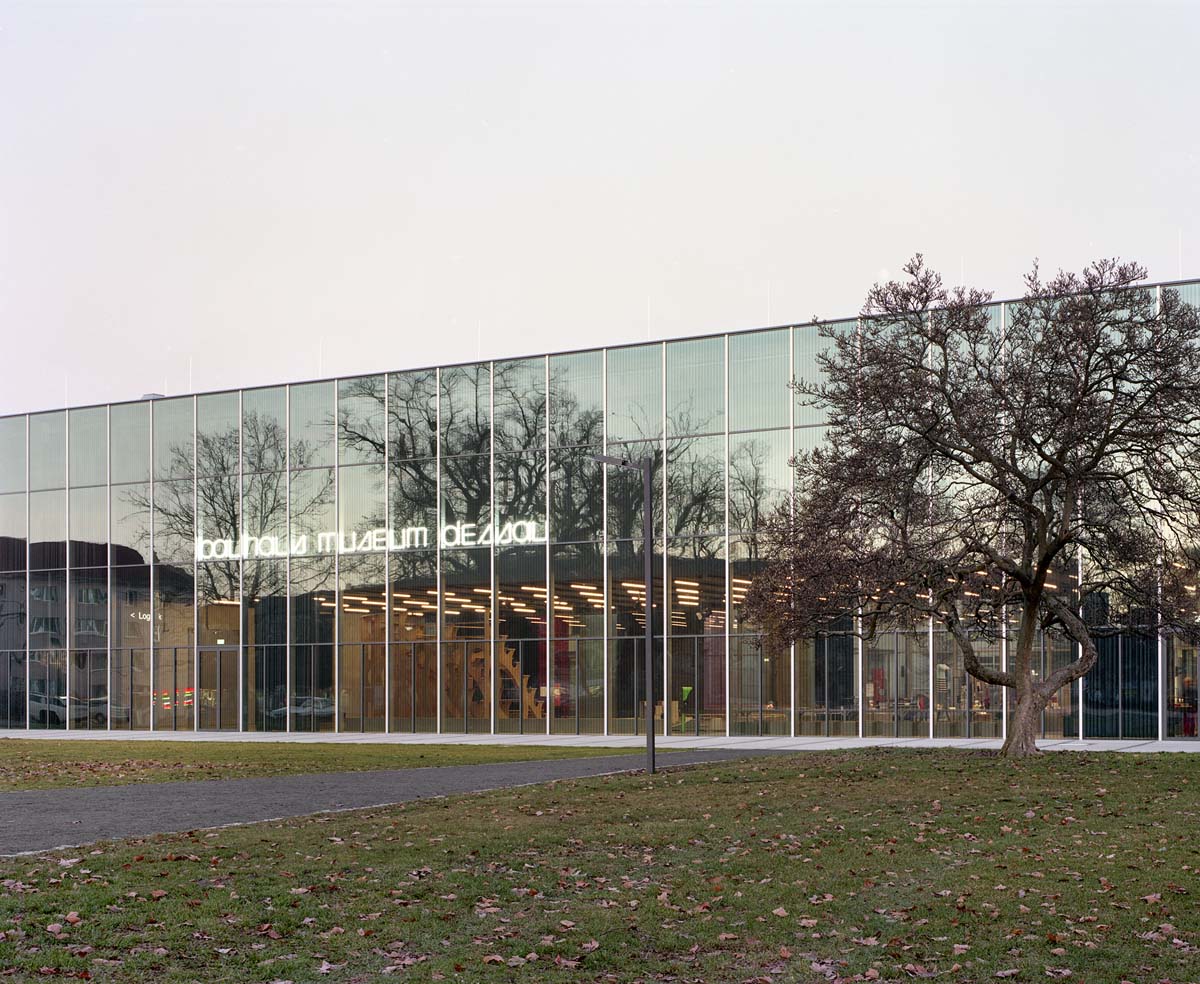