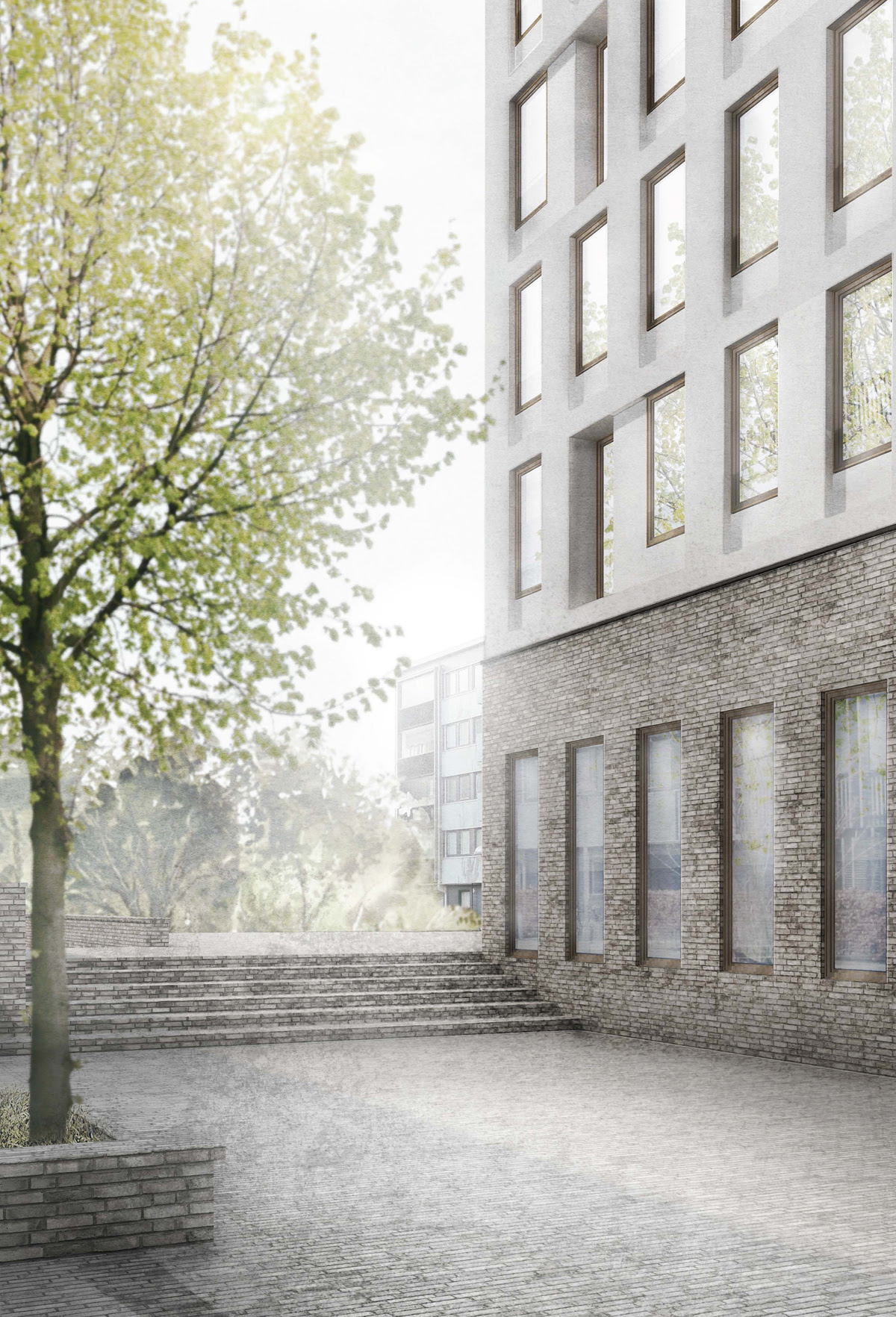 In the context of the rapid urbanization this project shows how an urban, cultural, and social densification can create an urban development with added value in a former ghetto in Copenhagen.

The project examines the former ghetto; Urbanplanen, an area based on the modernist planning from 1960 that acts like “an isolated island in the city”. By rethinking these areas and adapting to the current demographic changes it might be possible to create an even more coherent city.

A clear and appropriate intervention strives to conserve the characteristics of the modernist planning such as access to light and air. At the same this intervention aims to improve the unarticulated areas in-between the buildings that act like barriers and isolate the area from its surroundings. With a densification of these unarticulated areas a couple of new additions can act as unifying elements that contribute to breaking down the barriers and connecting the area to the city.

The new architecture stands out from the standardized universal architecture by positioning itself as a site-specific settlement based on a Danish crafting tradition that furthermore creates added value for the area and cohesion with the surrounding city. 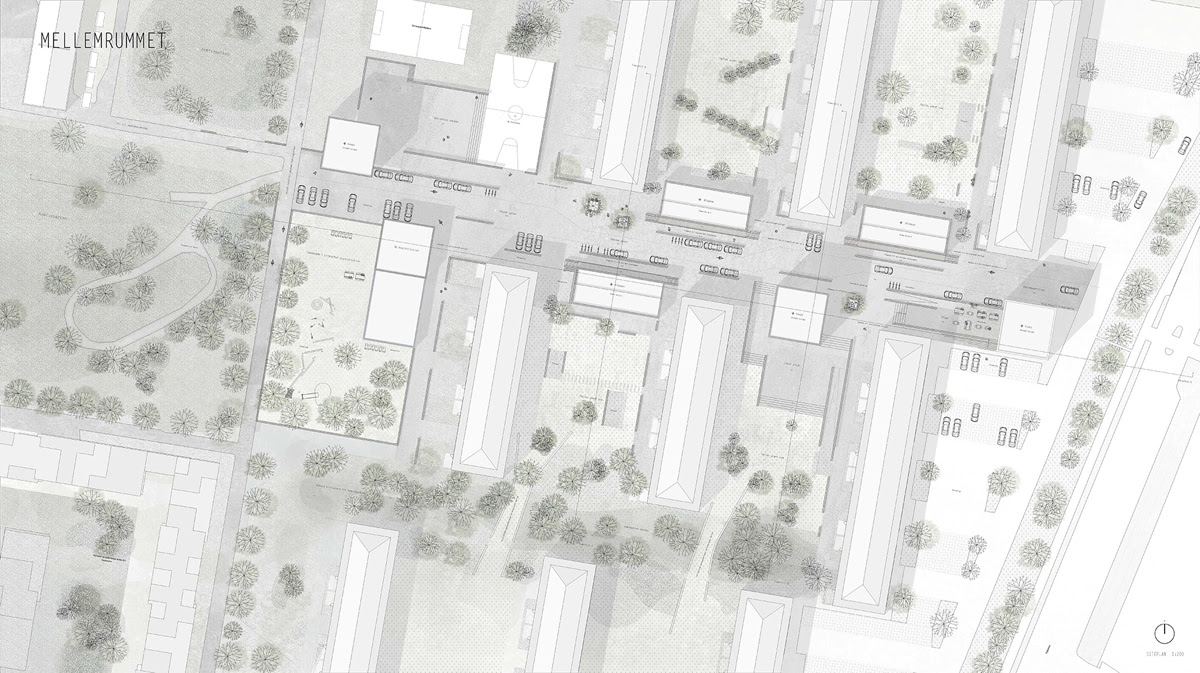 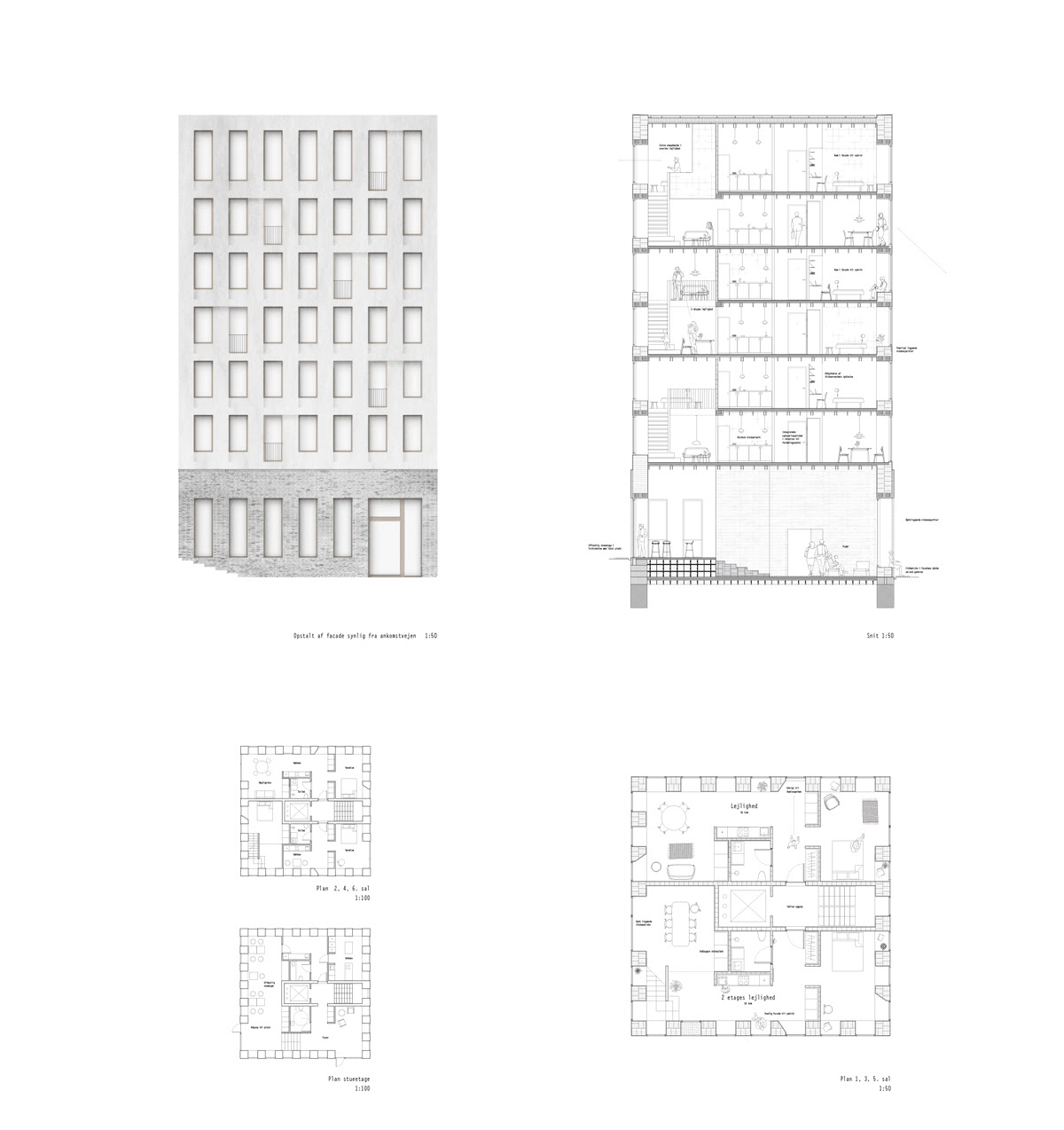 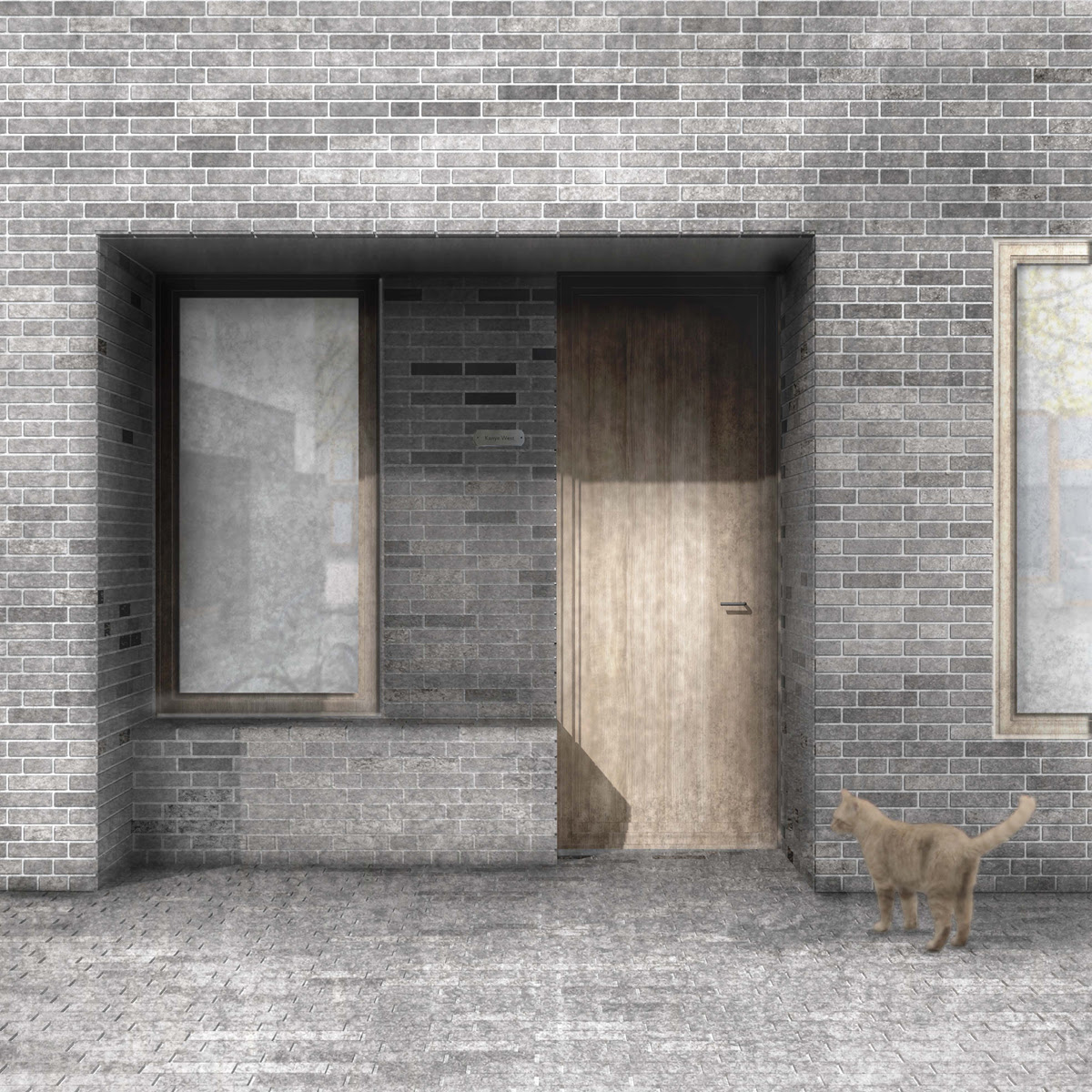 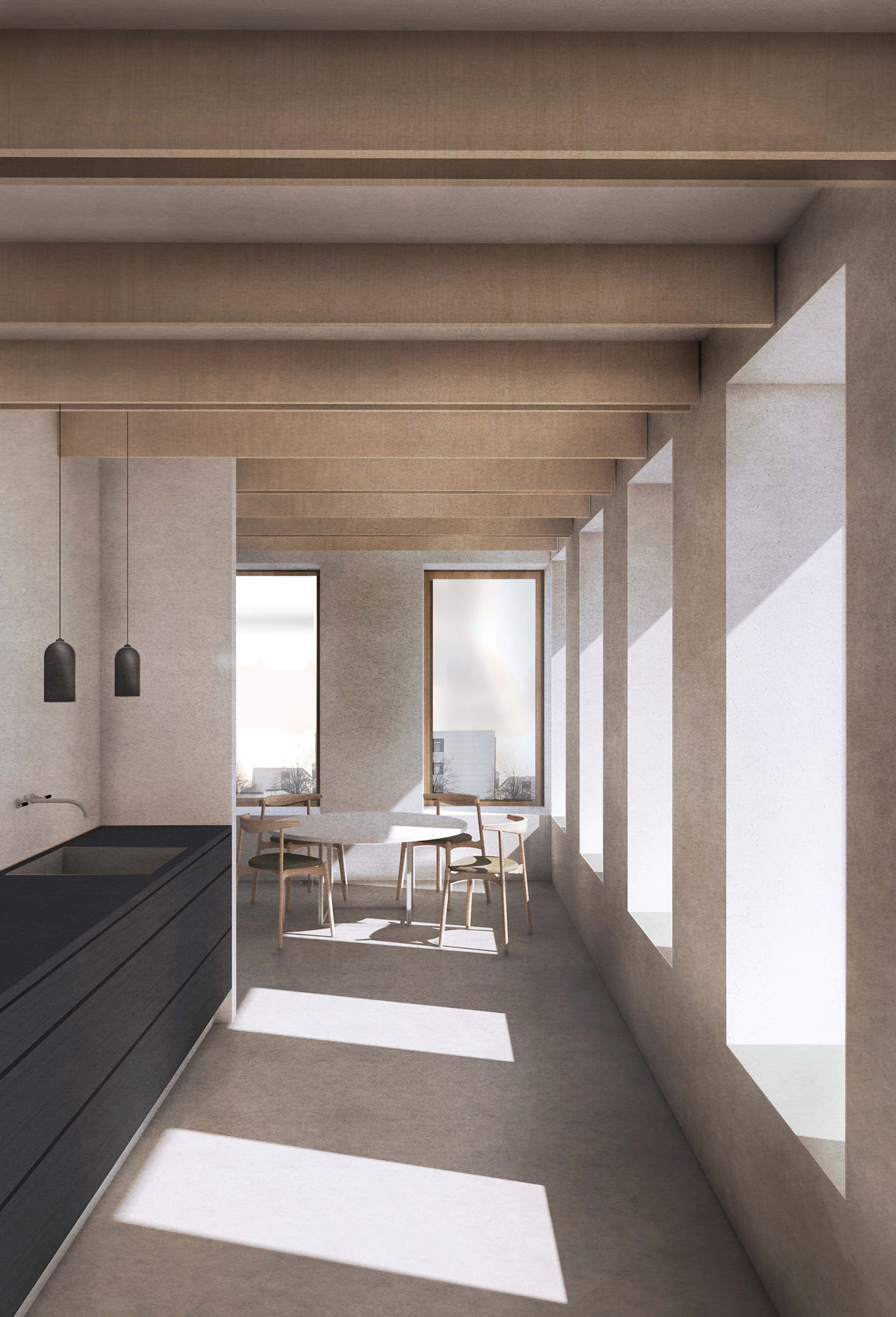 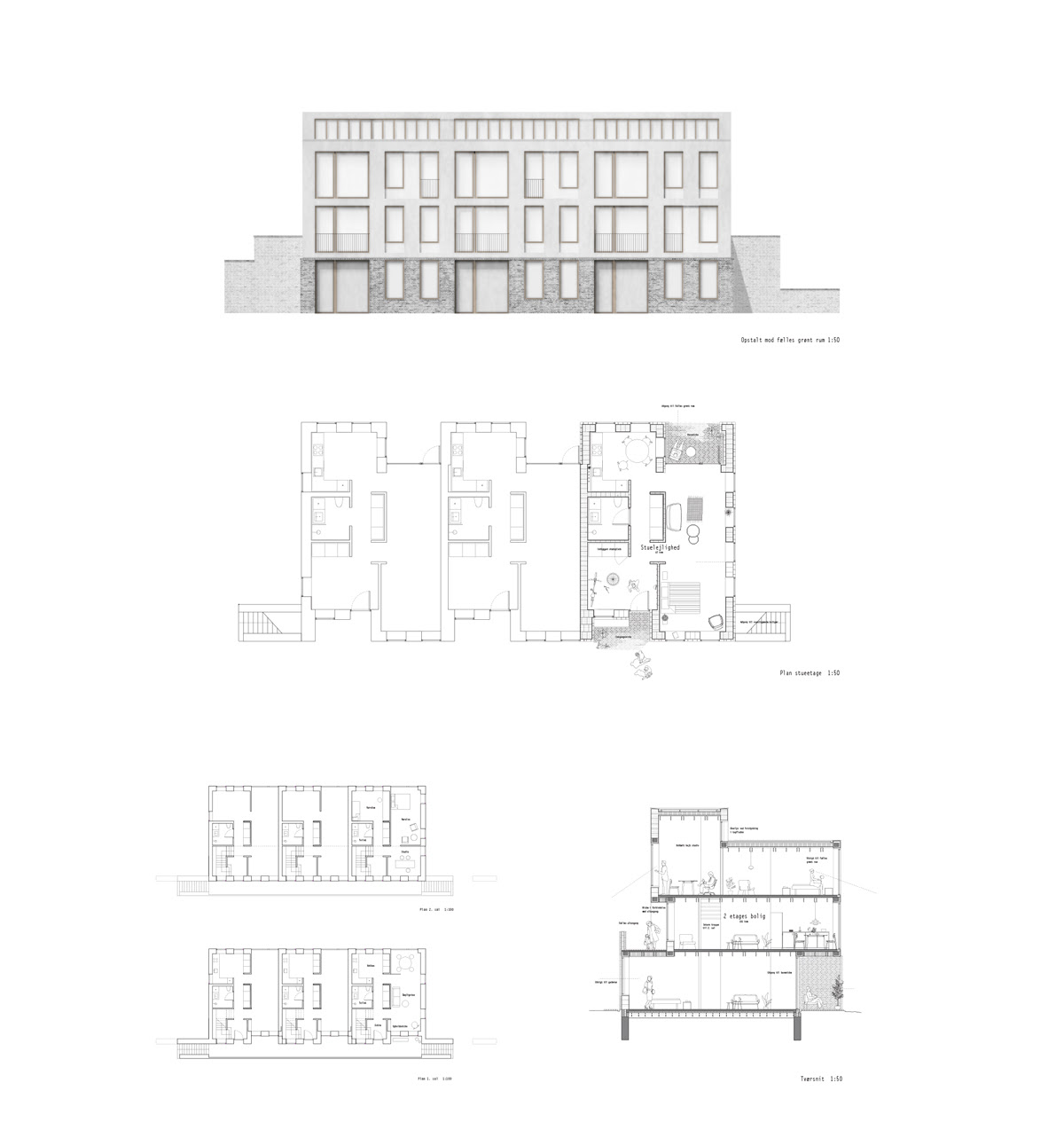 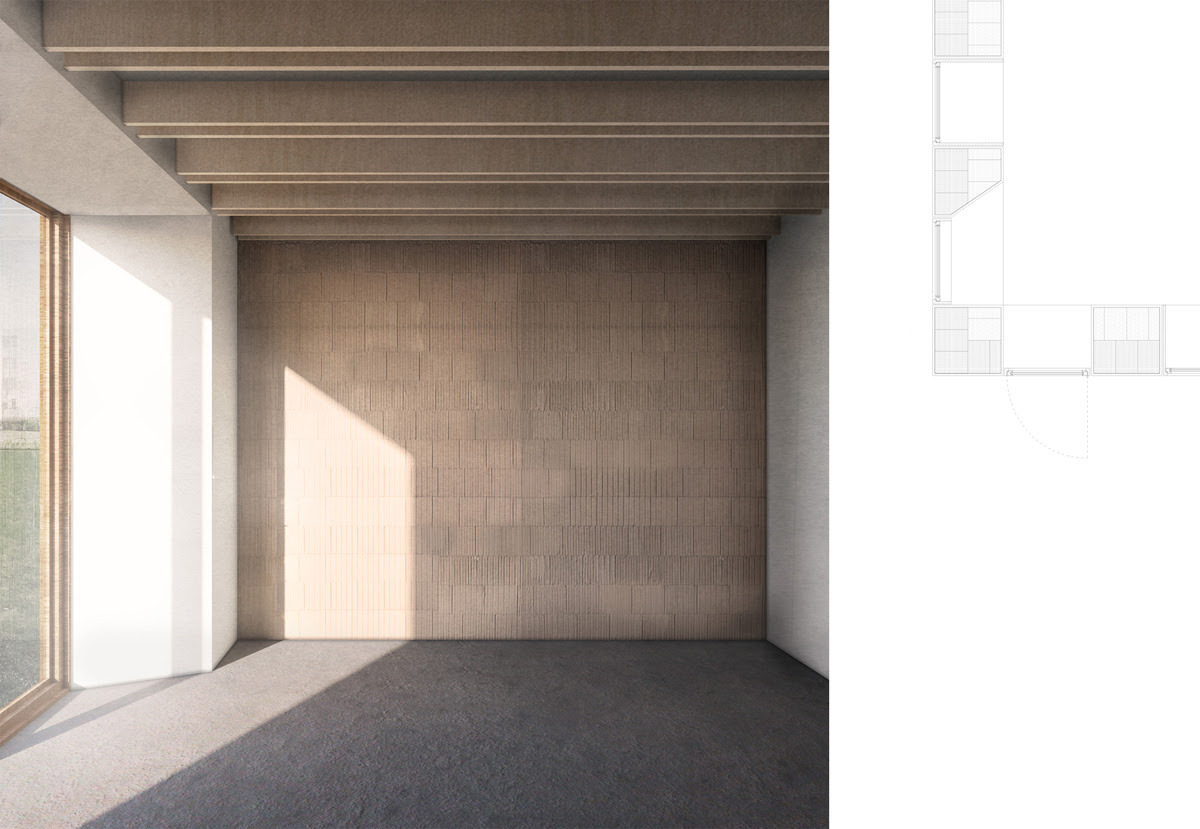 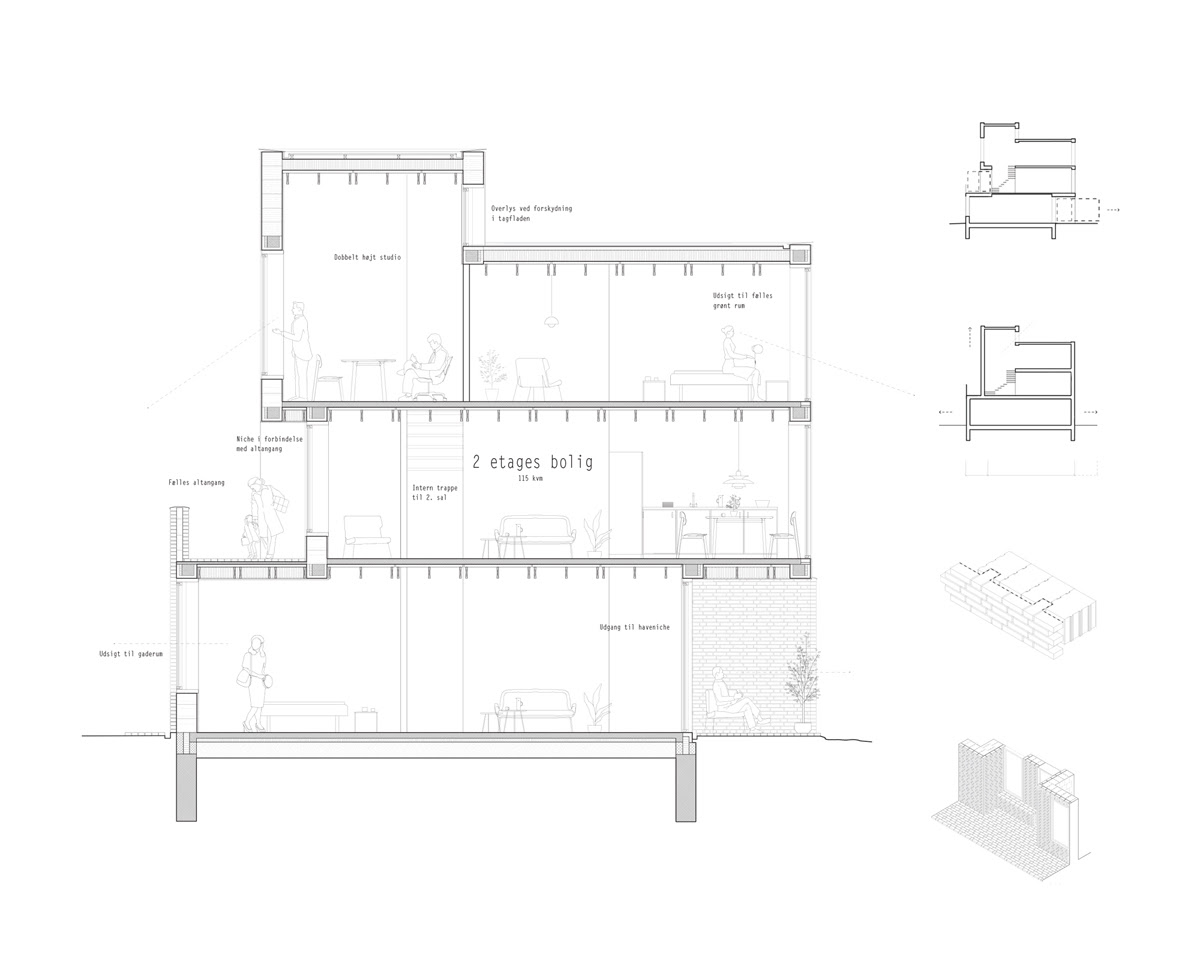 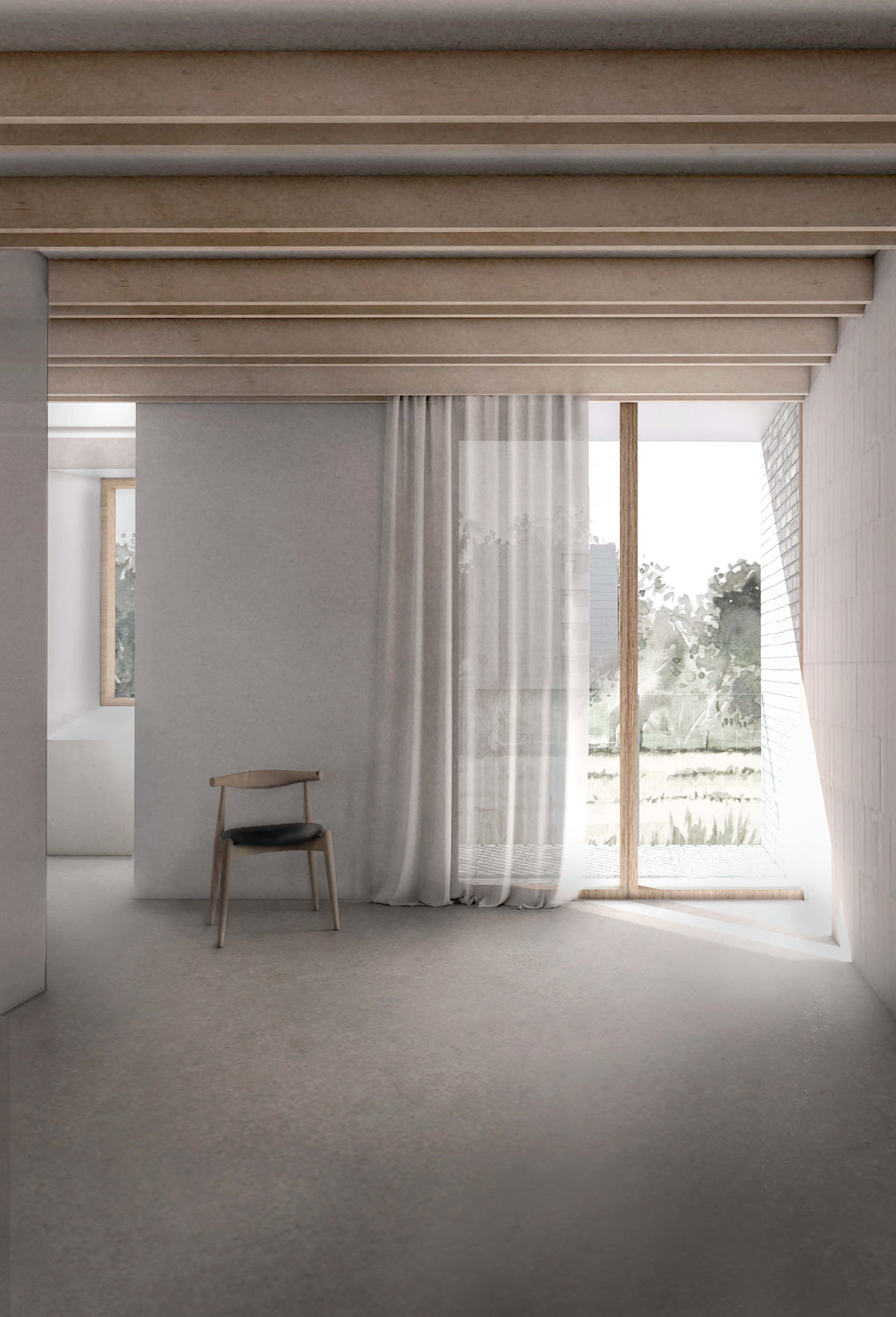