The Kulturhaus, to me, is an institution of man; as it holds the aspiration of man. Culture exists through people, different people, new and old. It requires a simple unified space, a concentrated space; where men relives, reinterpret, and creates culture. Friedrichshafen, like the other ports, share the lake, Bodensee.

They also share the same language. My focus is their common nature. A nature, they all share, such as the lake and sky. Two elements that binds these three countries together. One is perceived from the ground, while the other from above. Both are visible in one look. These two elements become the silent medium of these three countries. A medium understood by all or none. With that in mind, the neighbouring countries and ports are right at our footsteps.

I imagine a single roof that defines the Kulturhaus. I believe the roof to be a cultural embodiment of Bodensee. It is a common and relatable element within this context. The roof will become the sky. It will not discriminate on who it will give shelter.

The Kulturhaus lies where the Medienhaus once stood. It leans closer towards the Zeppelin Museum. This gesture opens a new space for the inner street. One of the main aspects of this project was to define the grammar for each side of the facade of the structure. The inner street retains and follows a very homelike image of the interior street, while the promenade has a facade where the roof to wall ratio exceeds greatly.

The barn structures were all very introverted, has a very rigid and controlled openings. The interior, however, is wrapped with a lush set of columns and beams. Seeing that these existed in Friedrichshafen, I believe, it is the right form to act as a threshold between the houses and the industrial side of the port.

I focused on the how the construction of the roof defines and symbolises the space. We have two very different roof construction, one that is curved and spans perpendicularly through the hall, while the other is a simple roof construction on the side of the inner street. 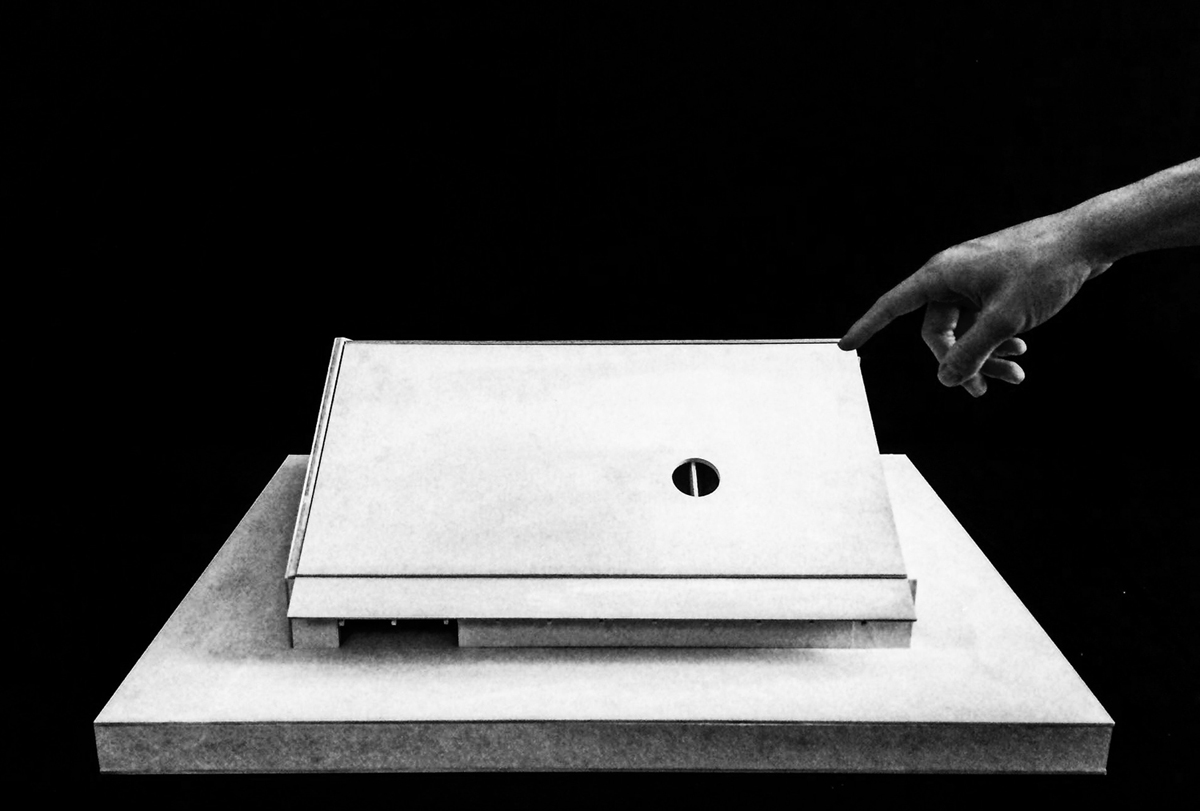 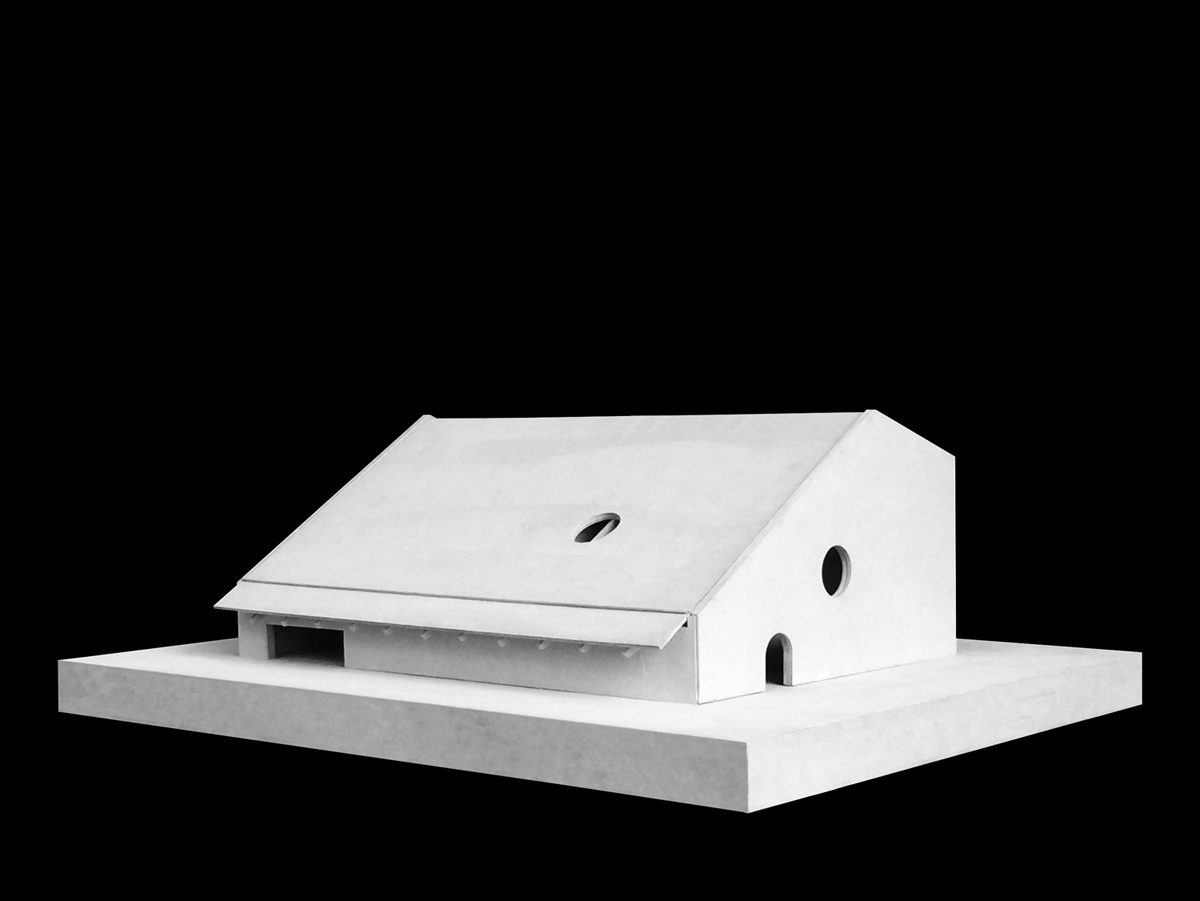 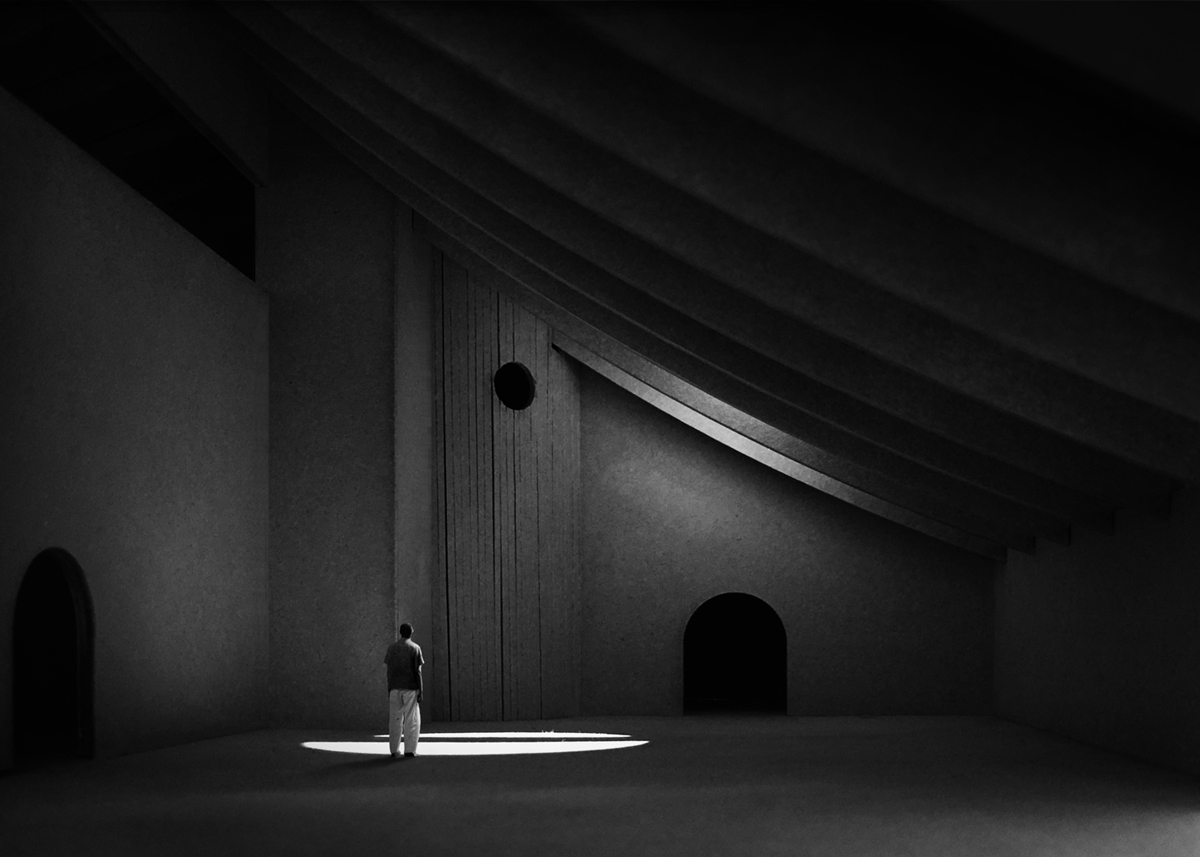 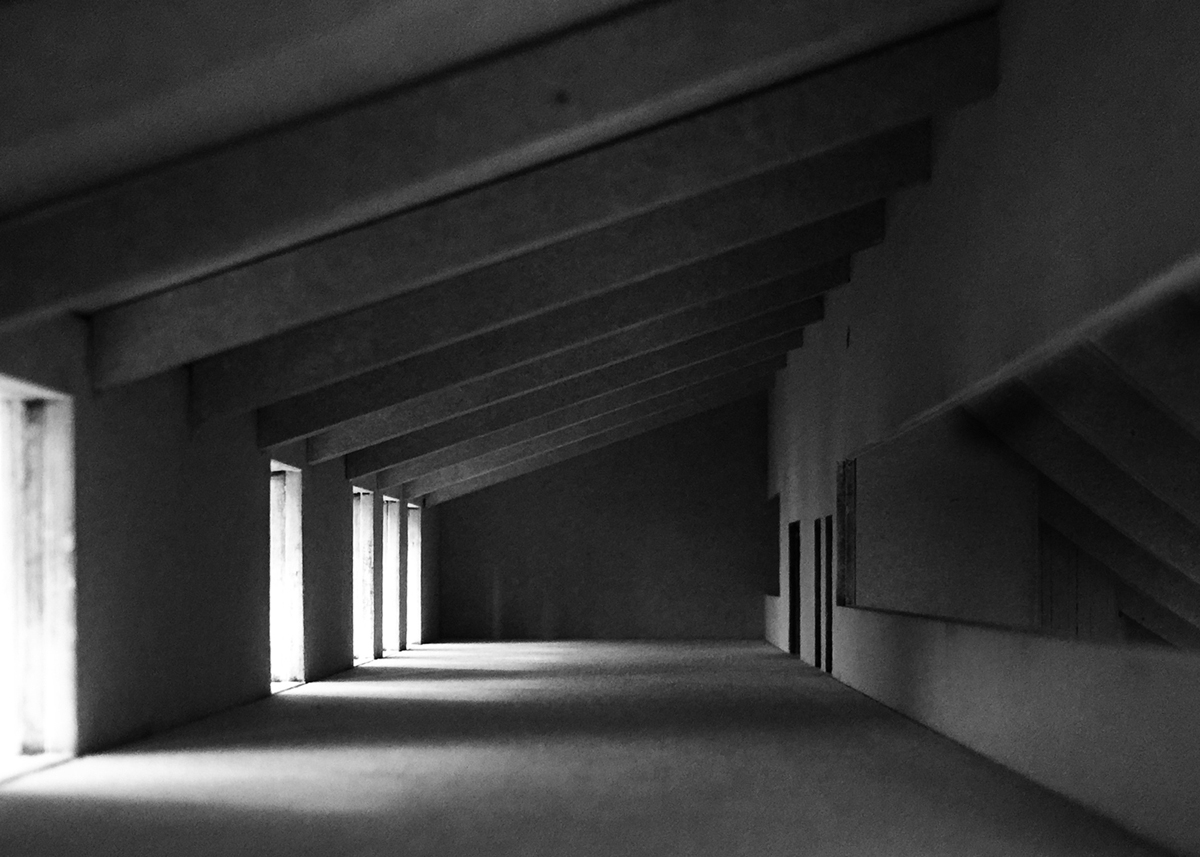 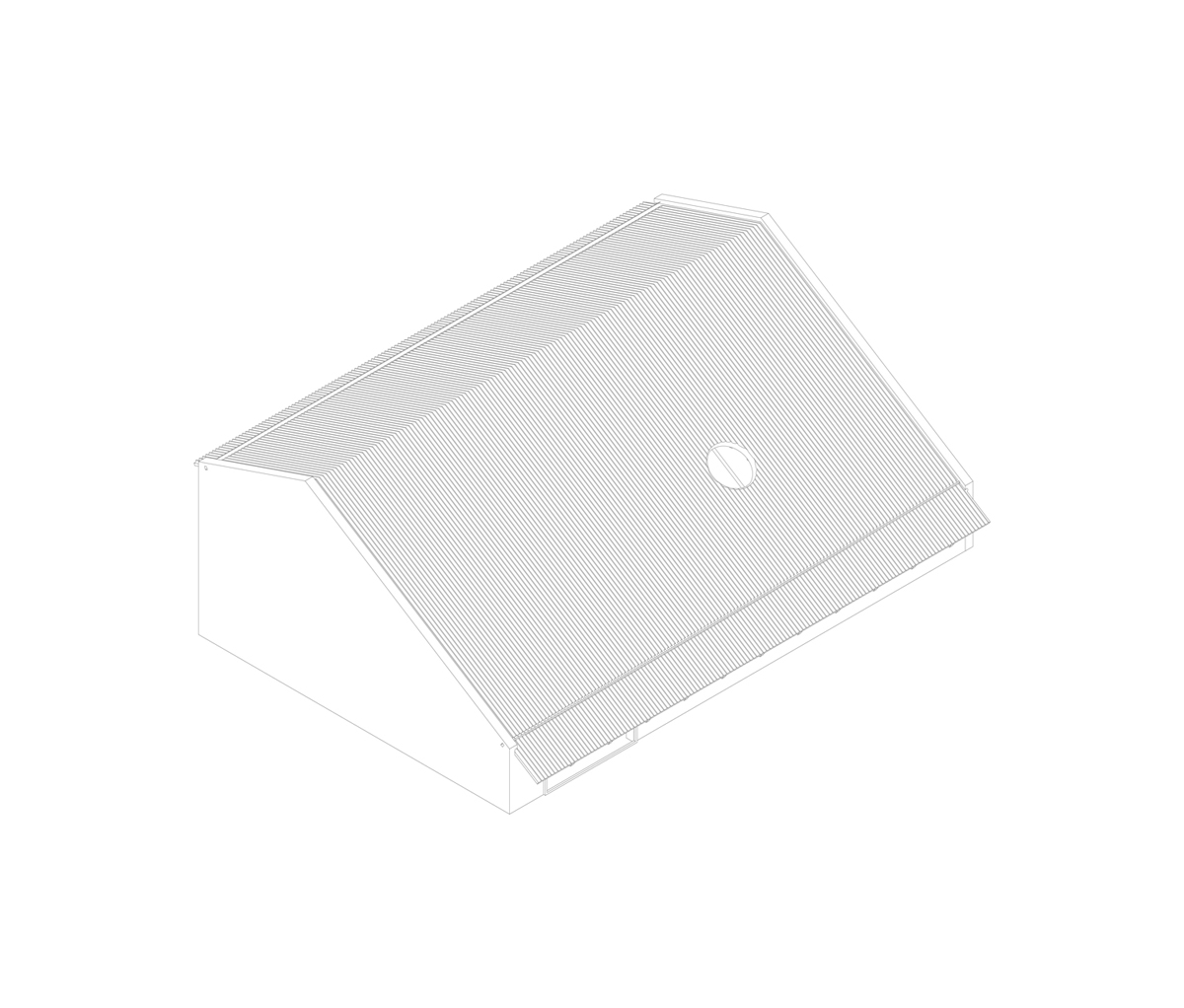 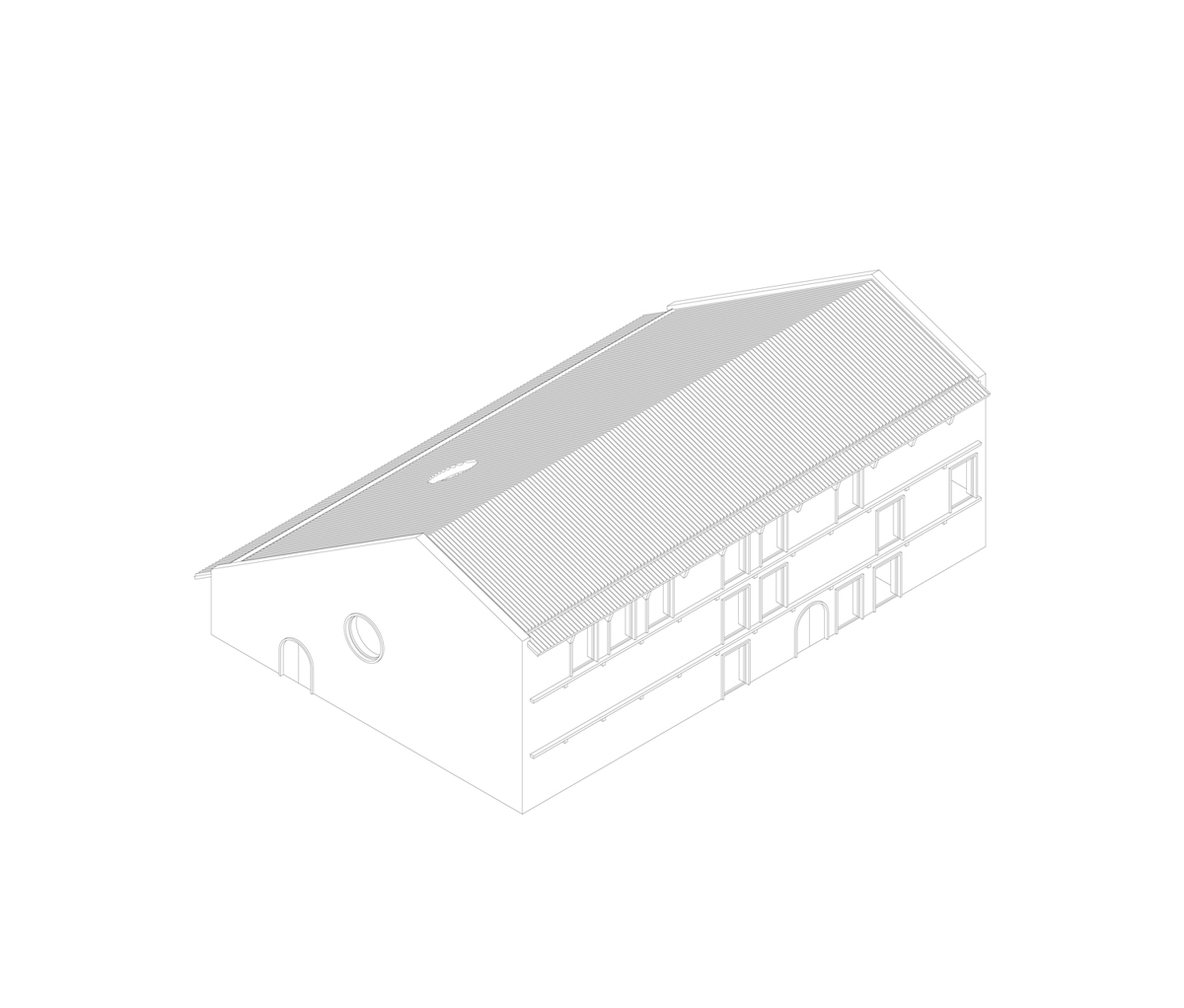 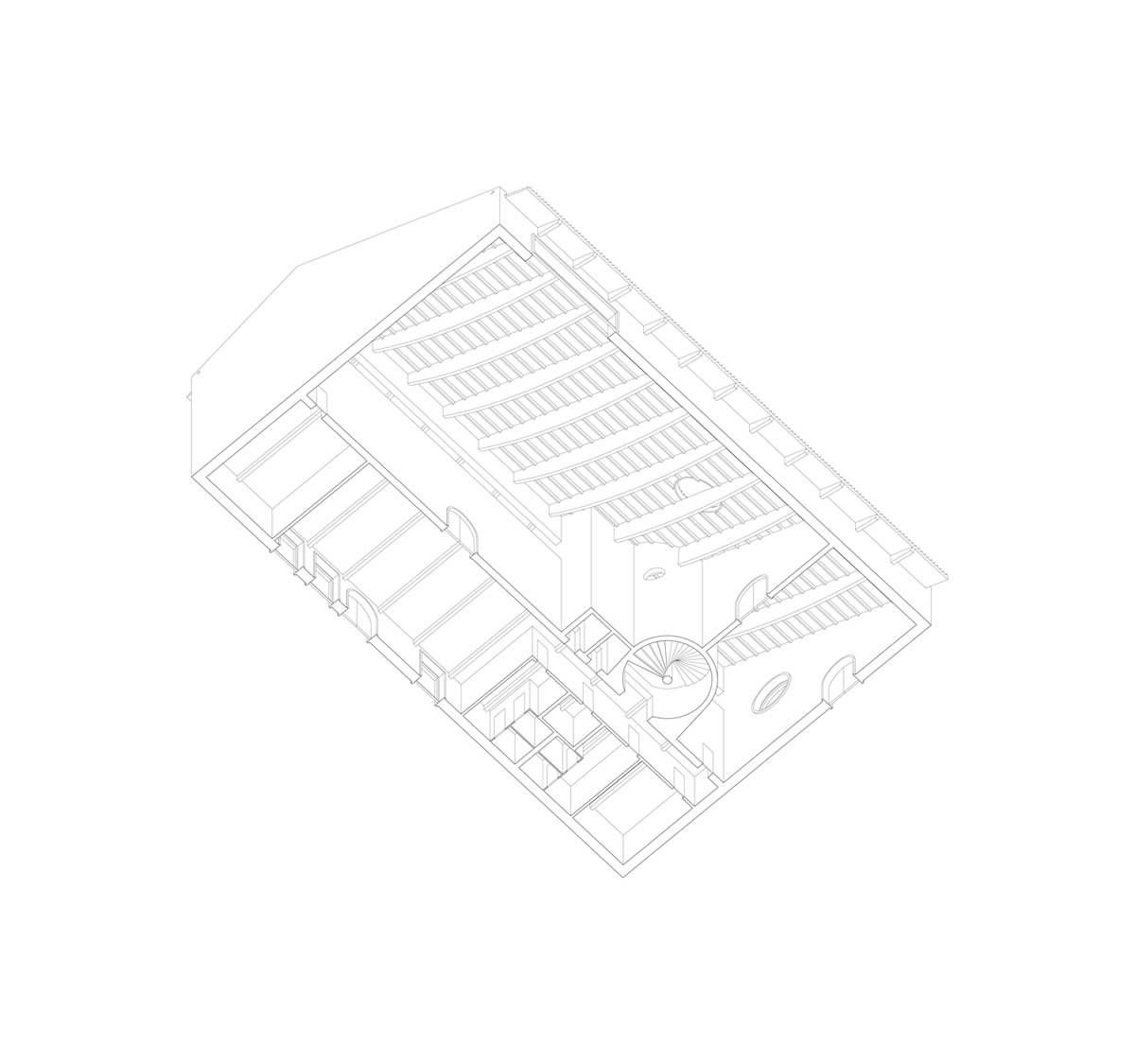 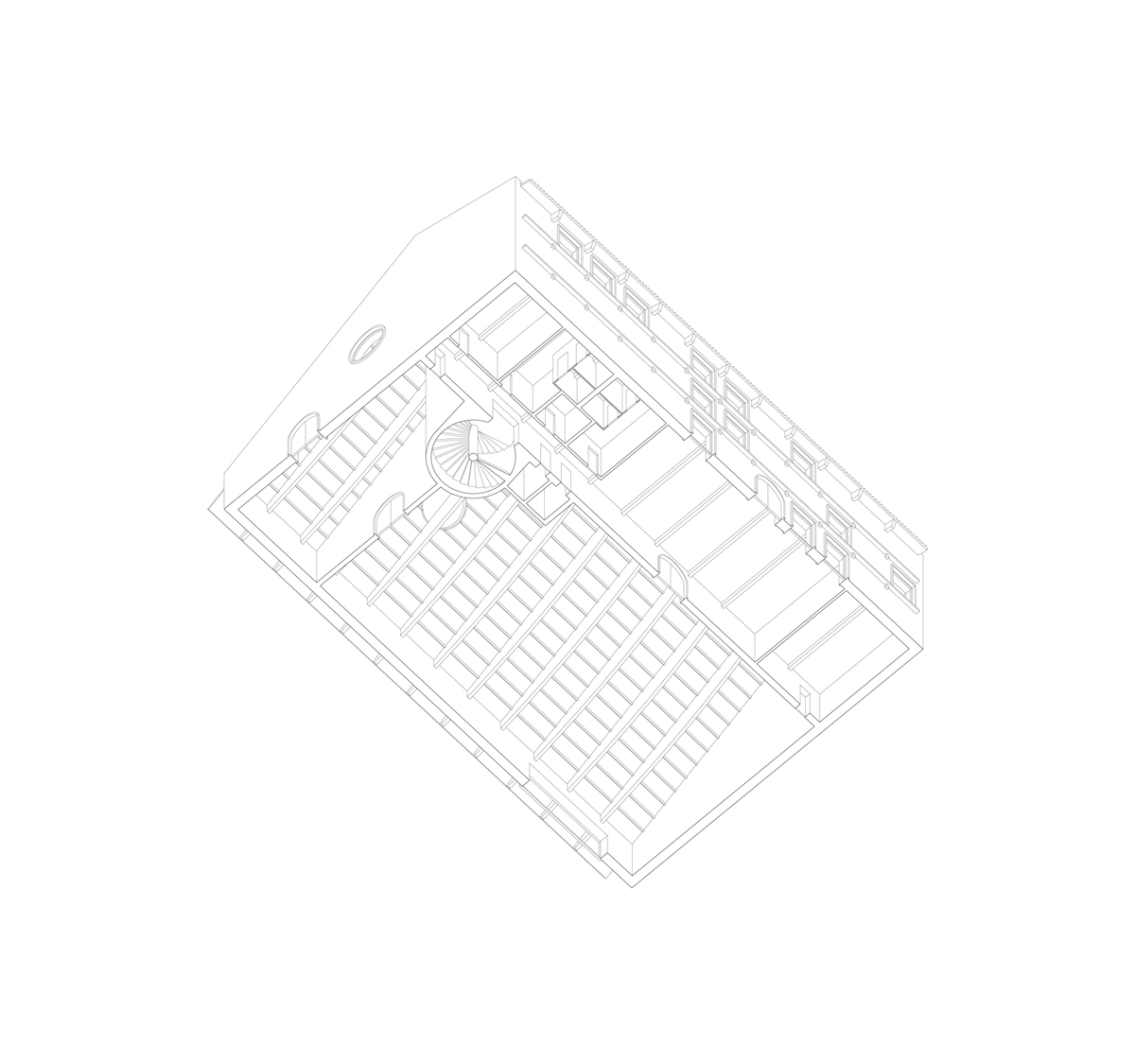 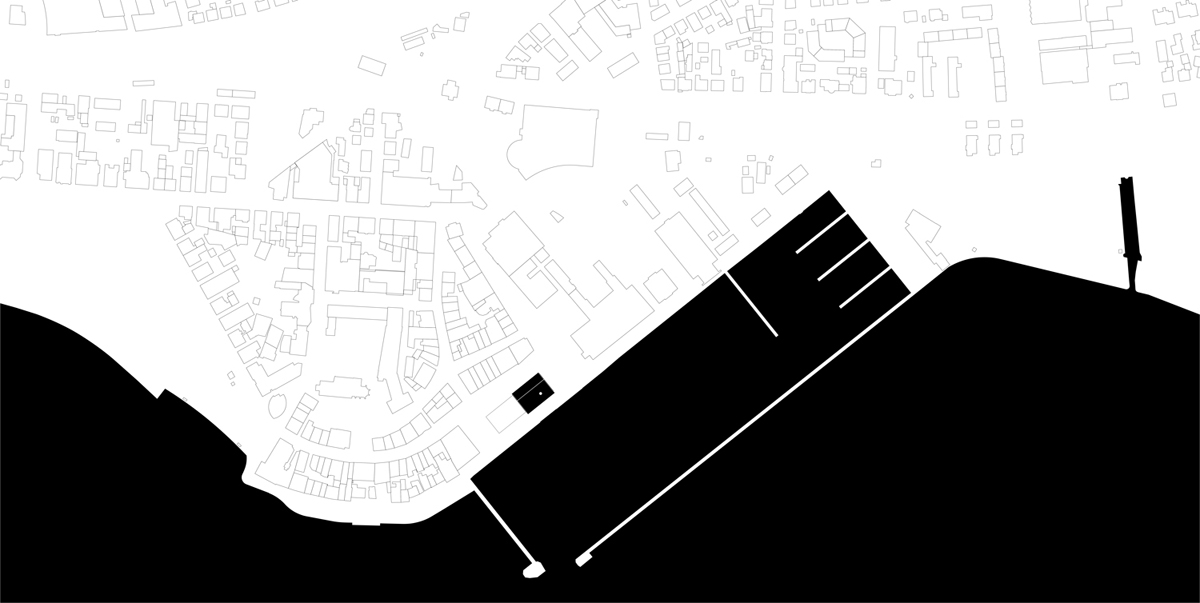 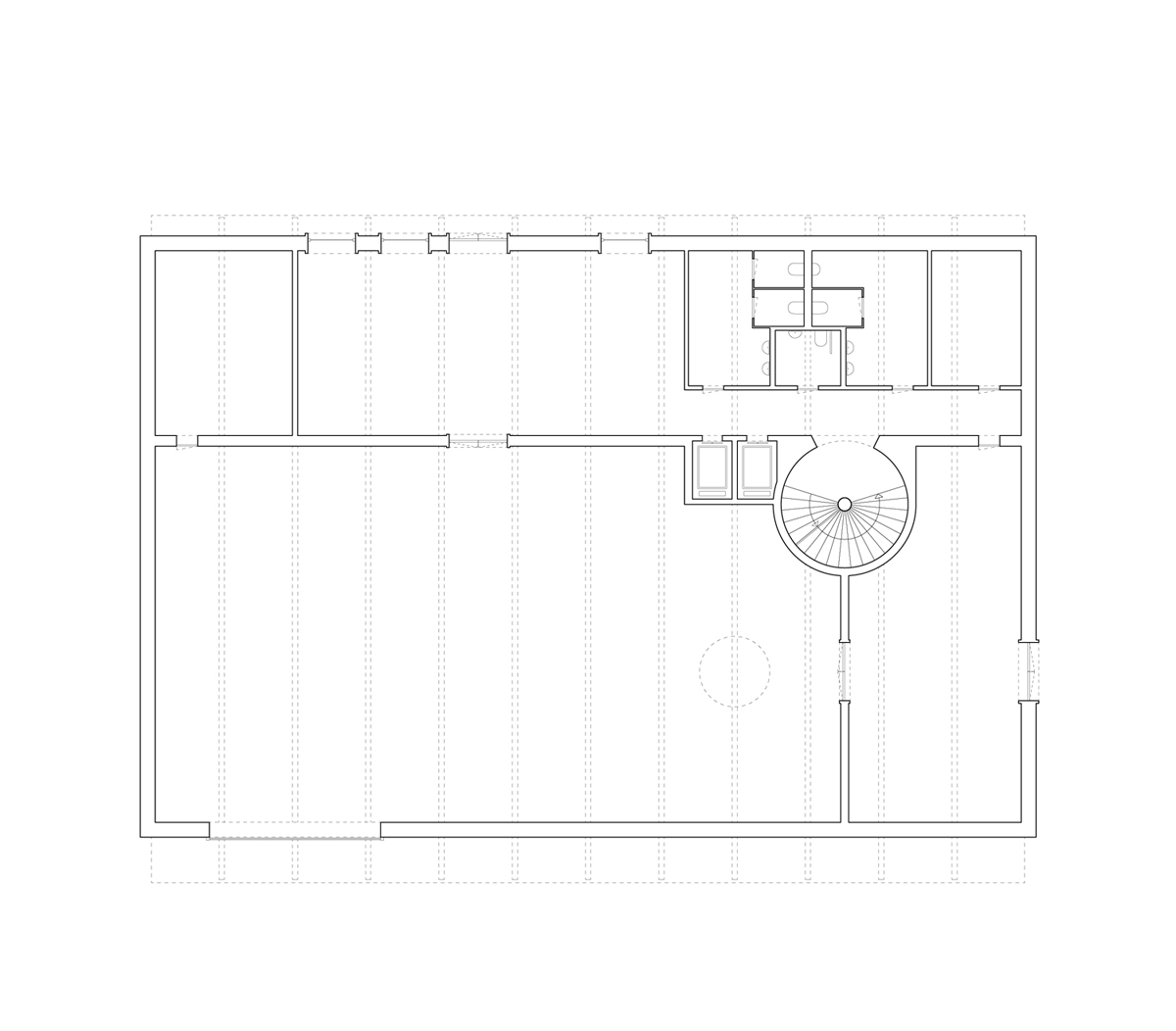 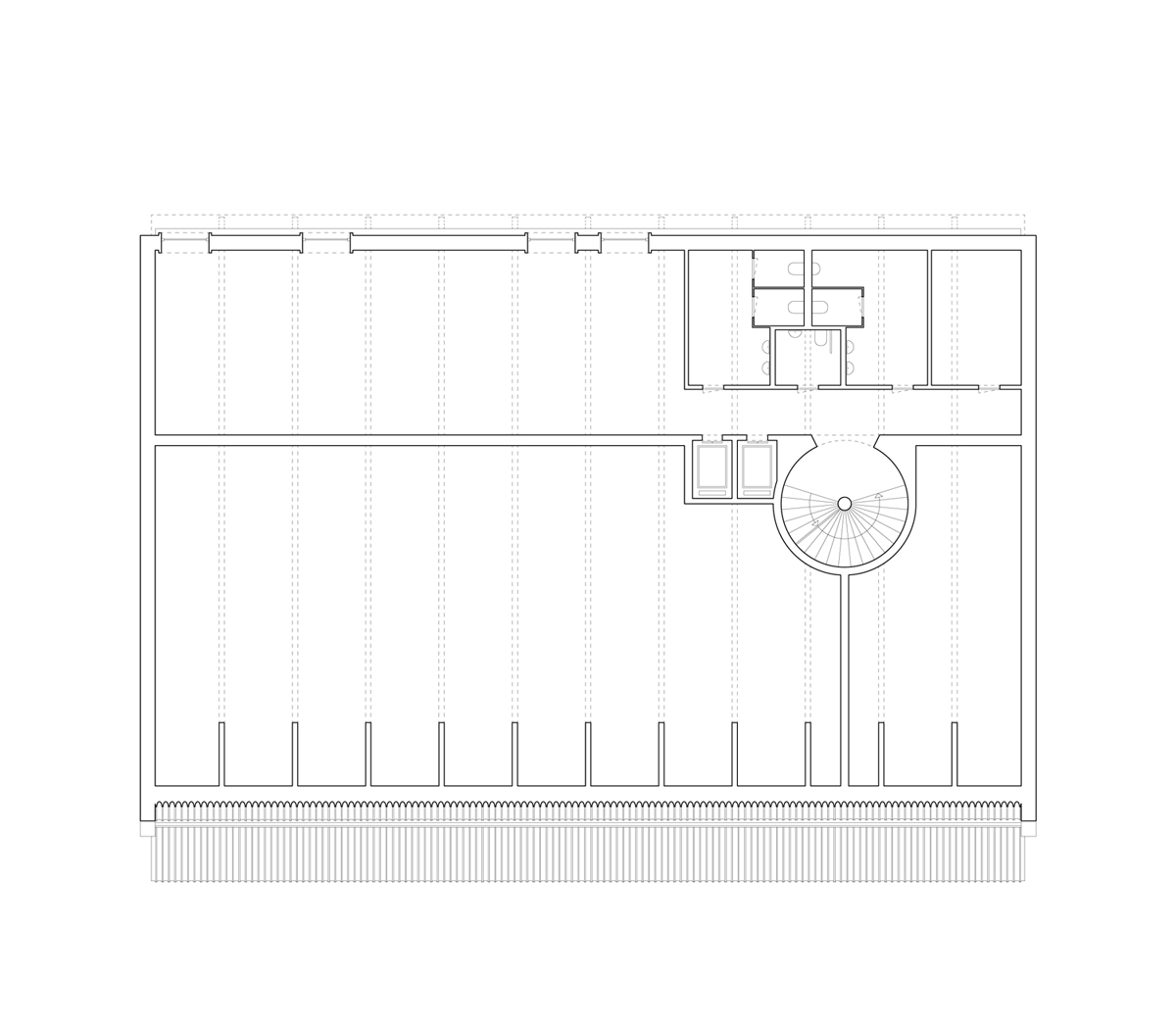 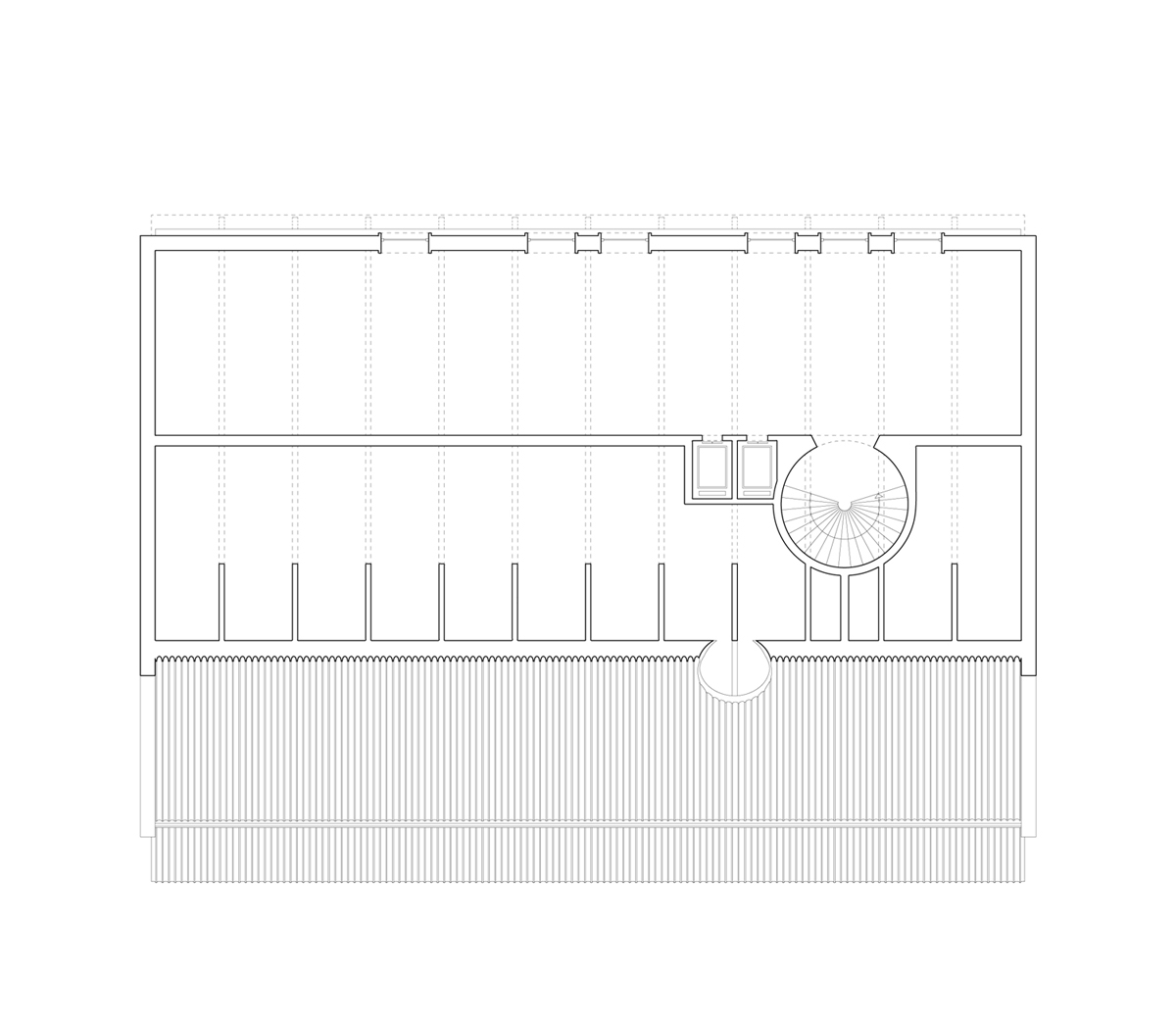 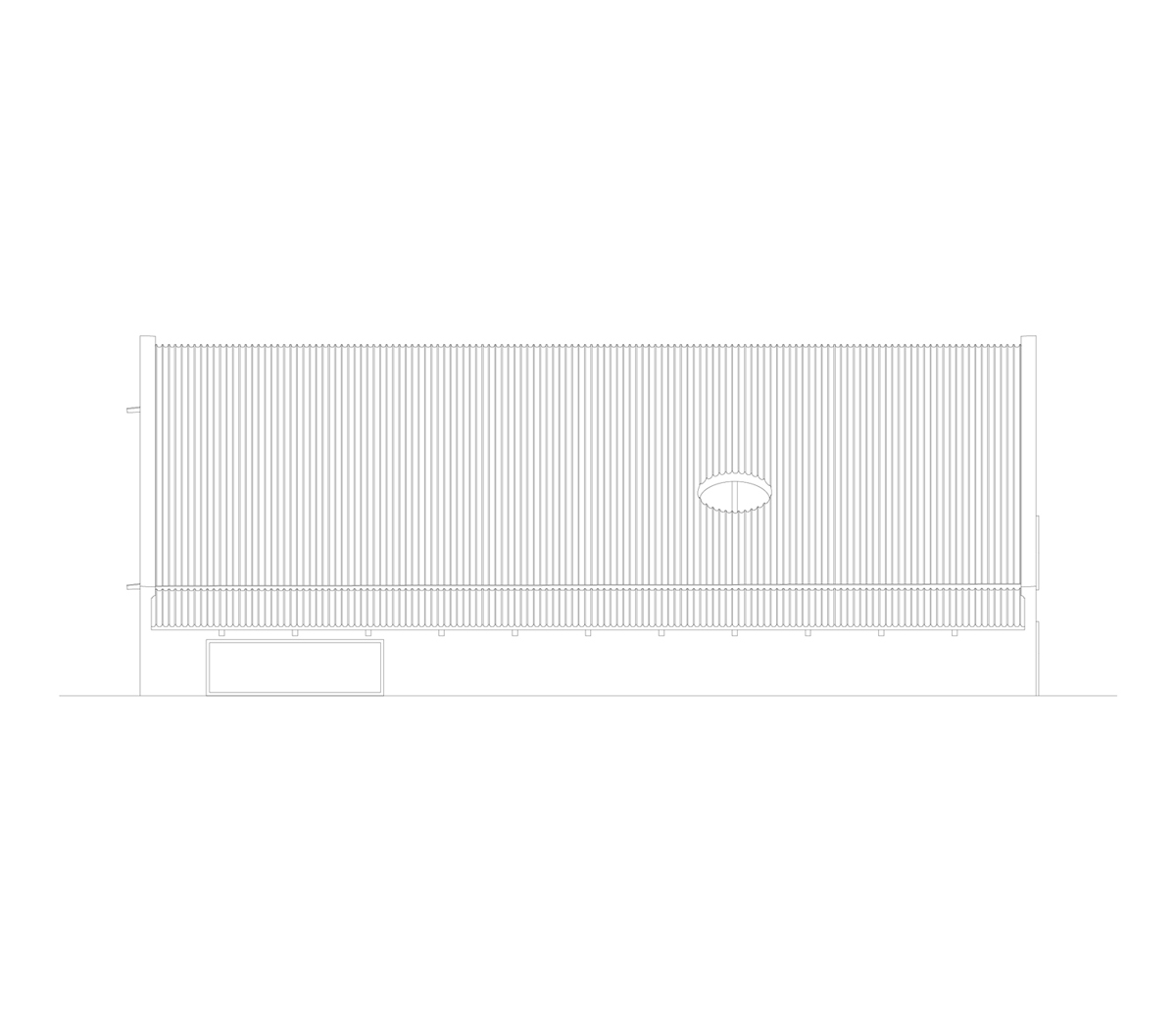 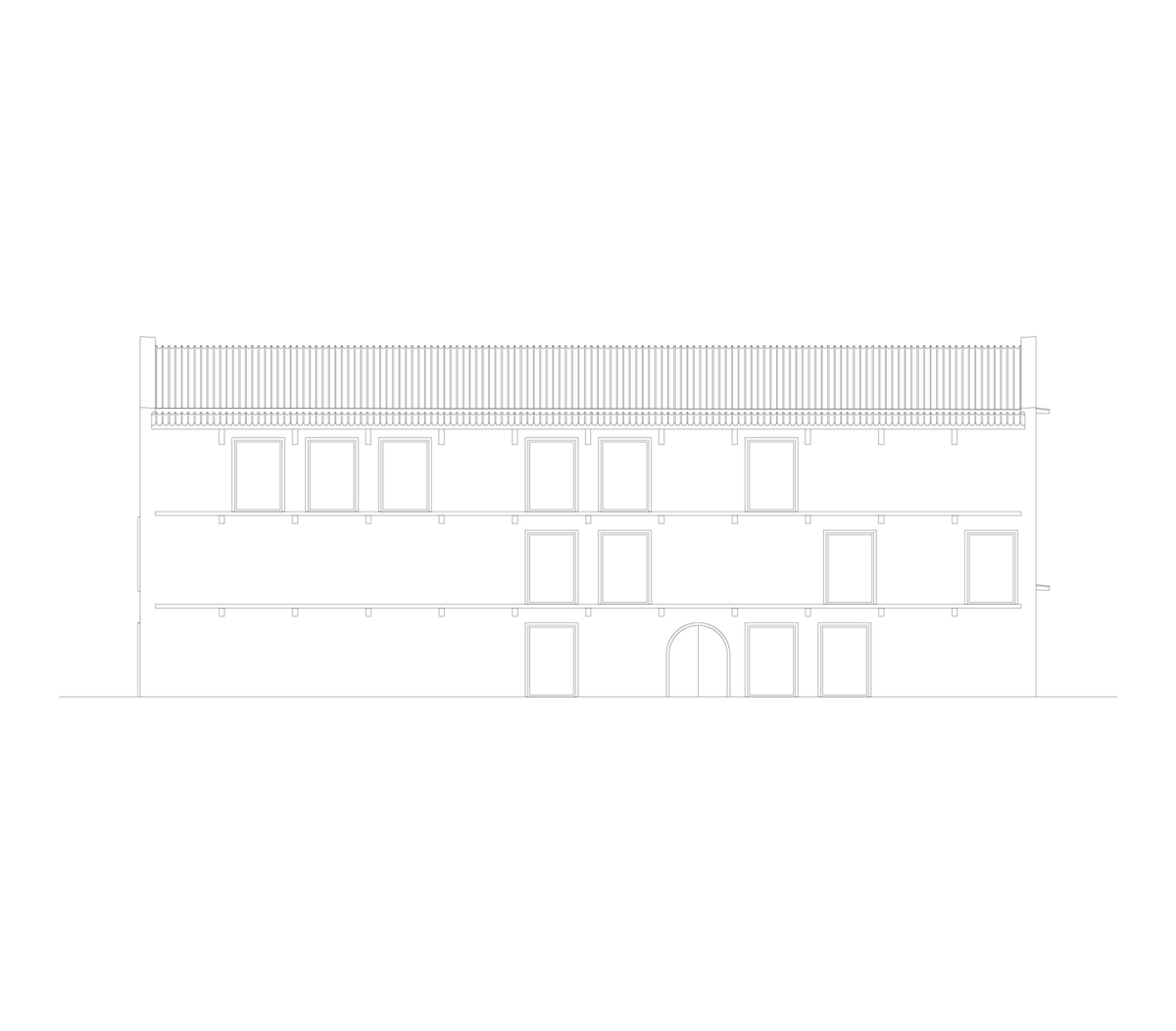 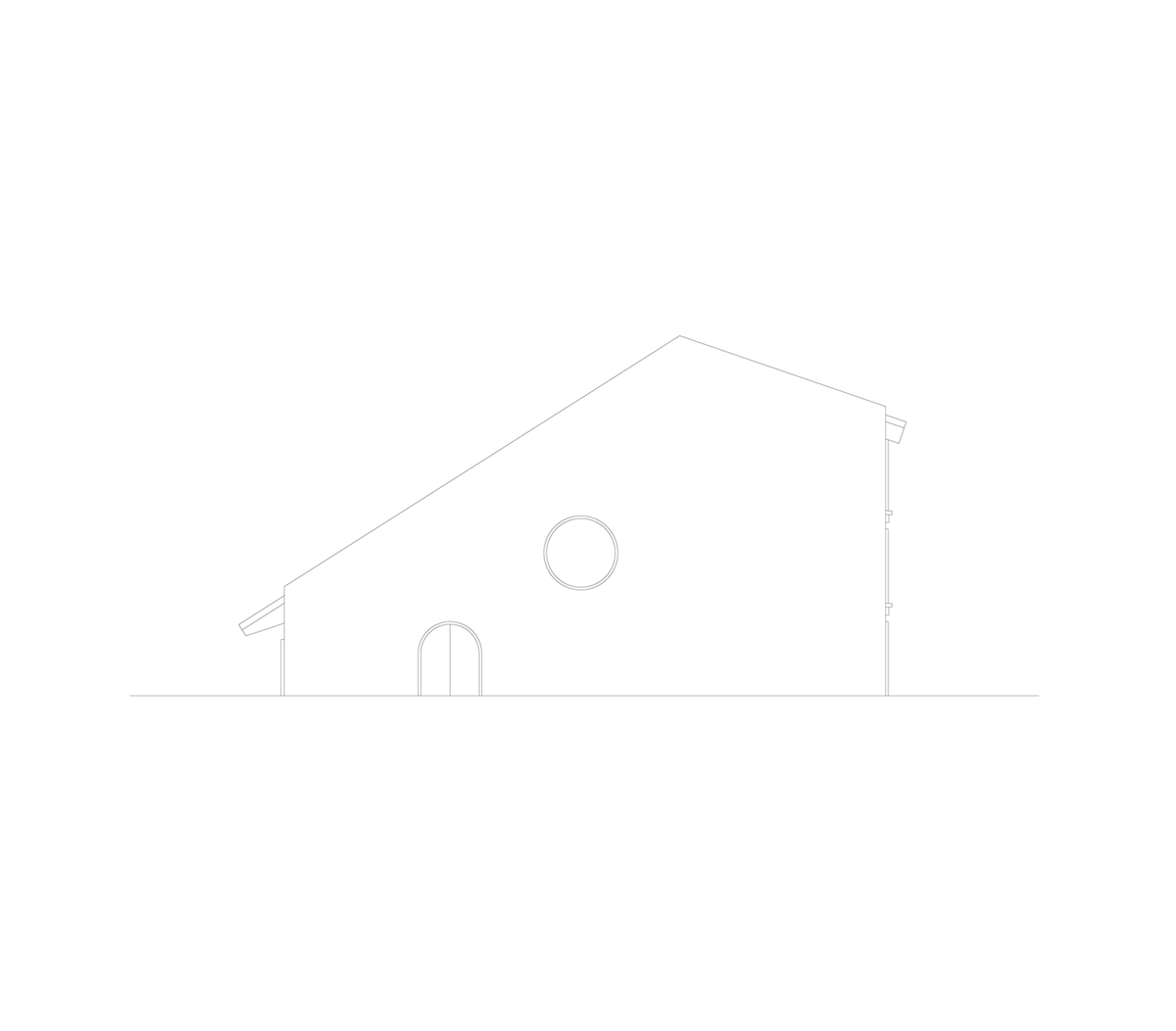 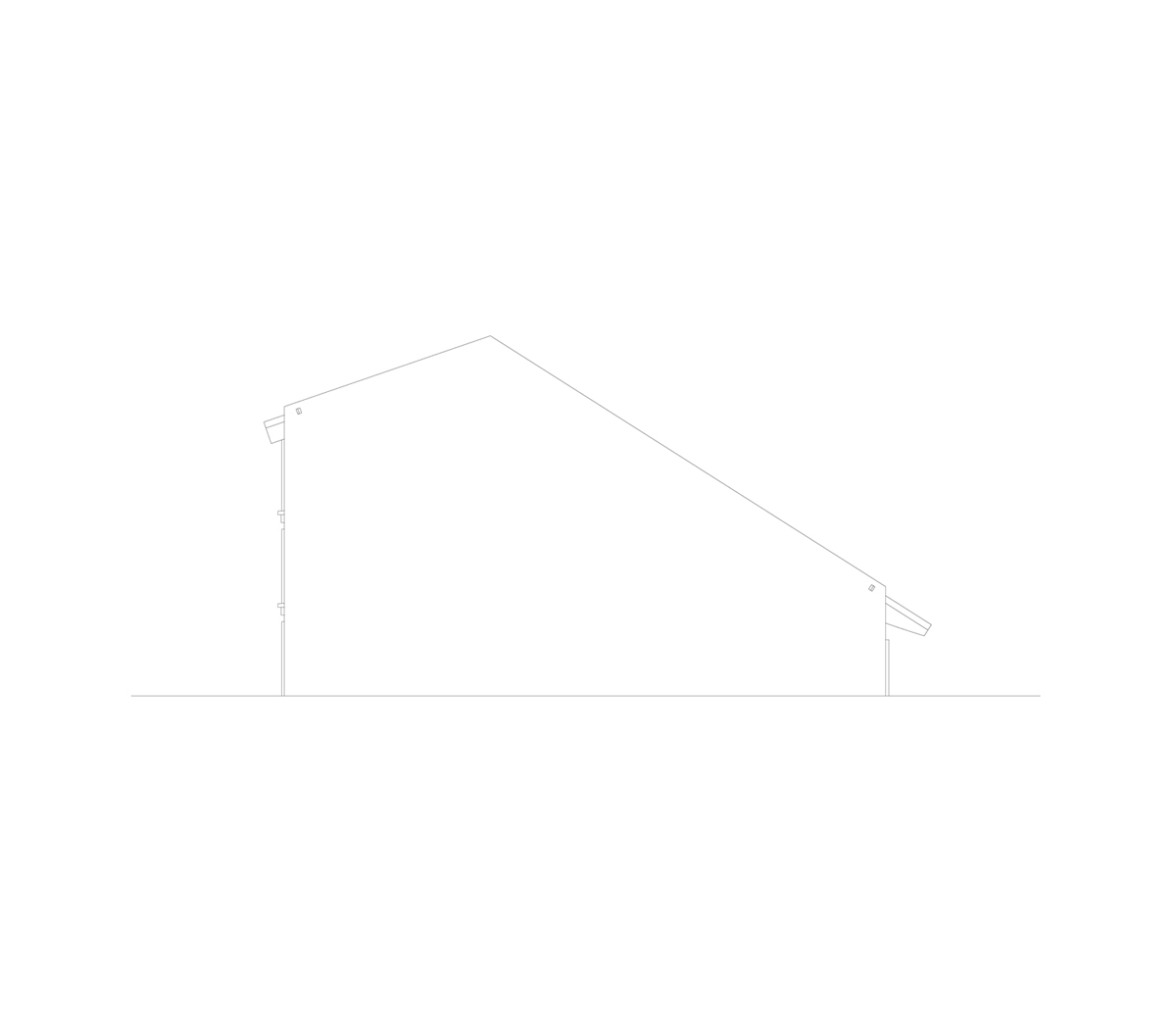 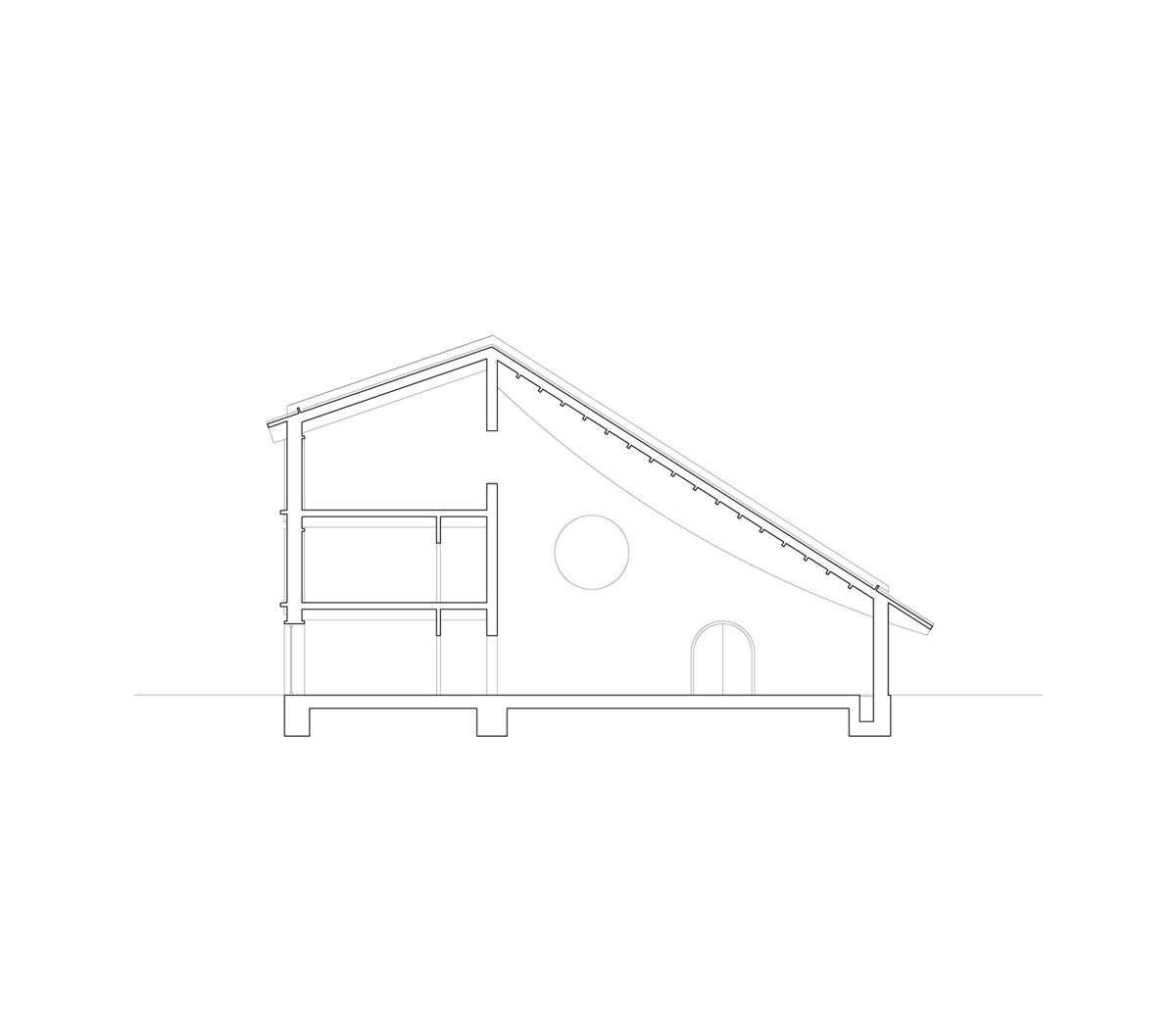 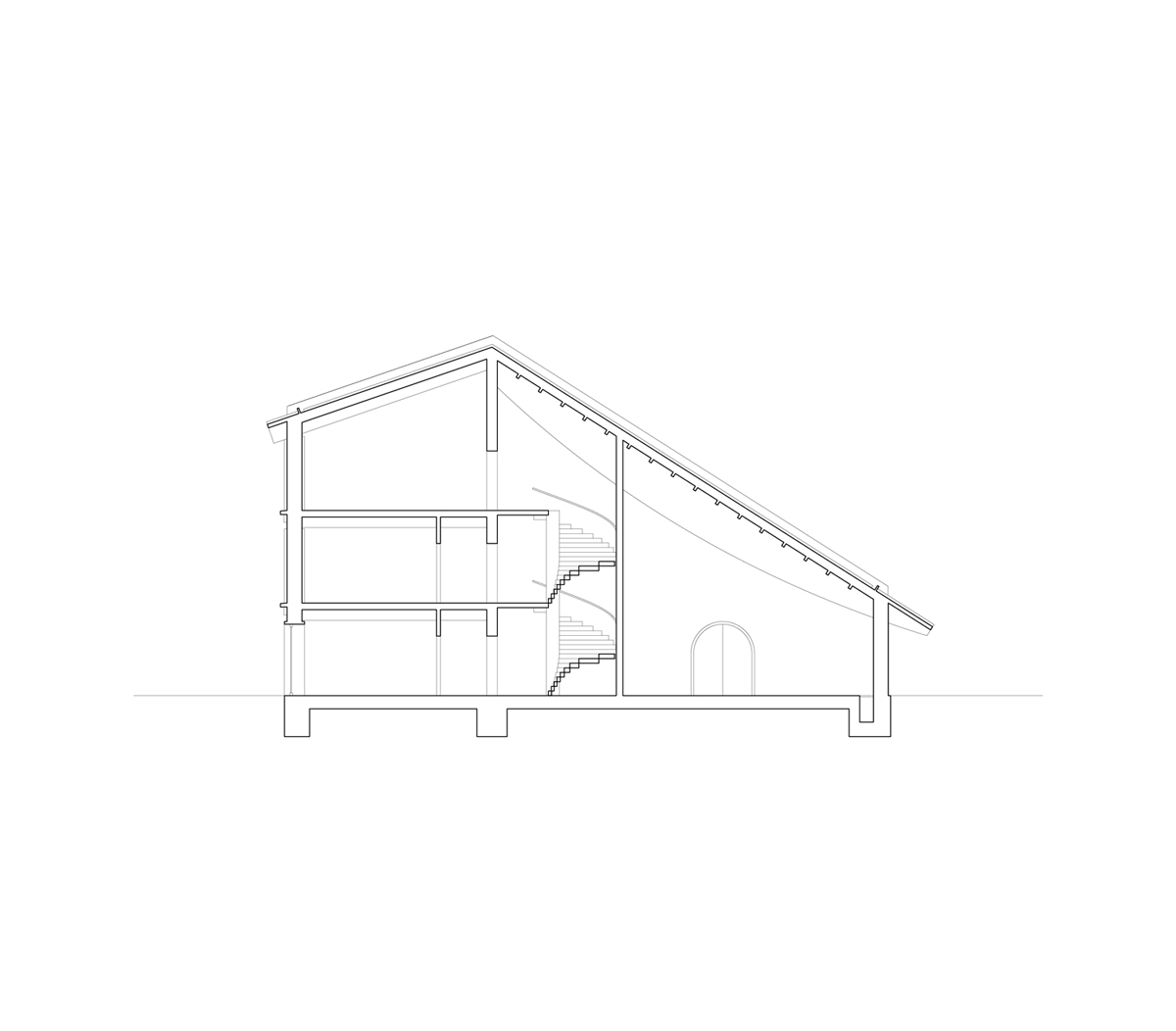 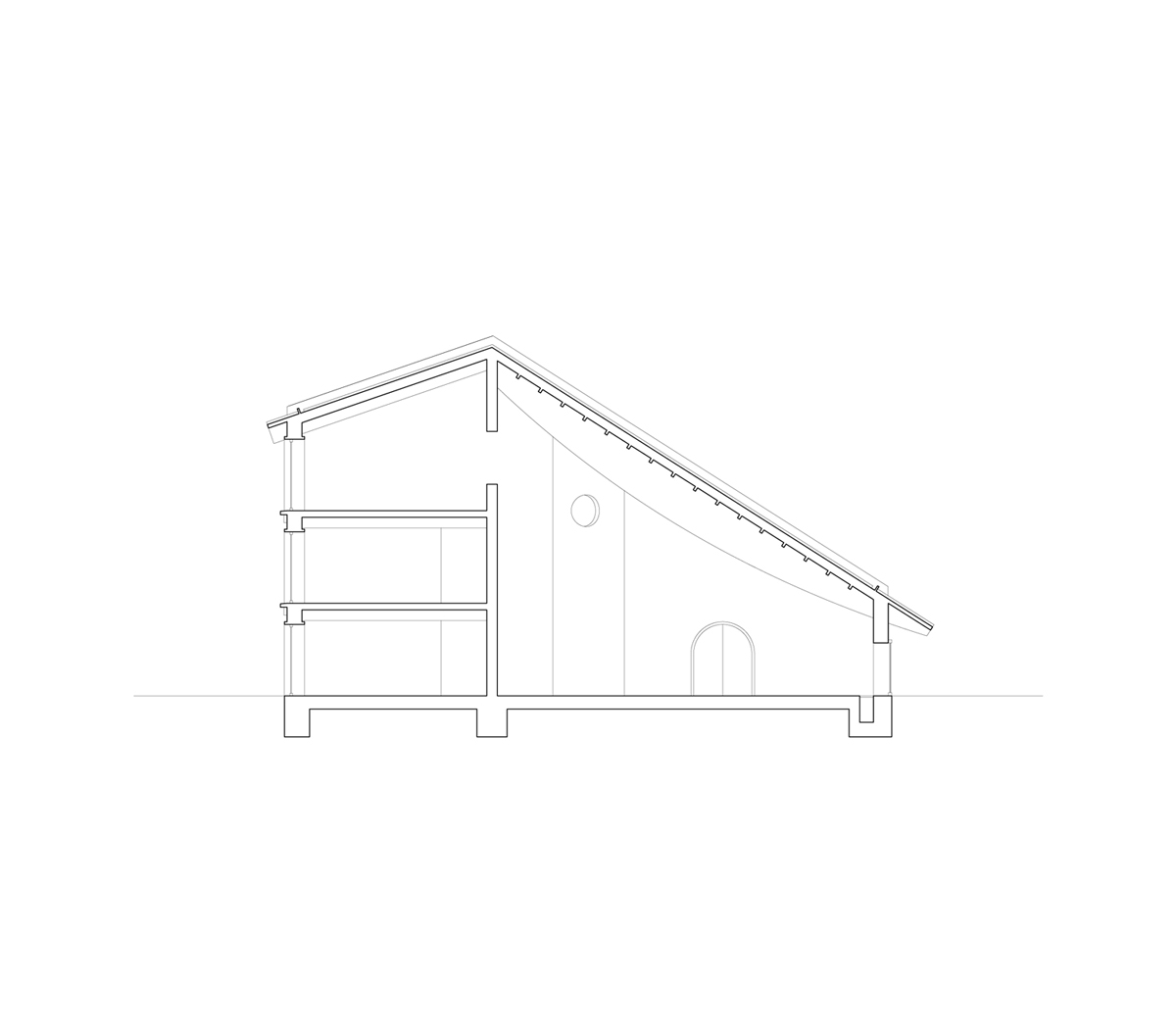 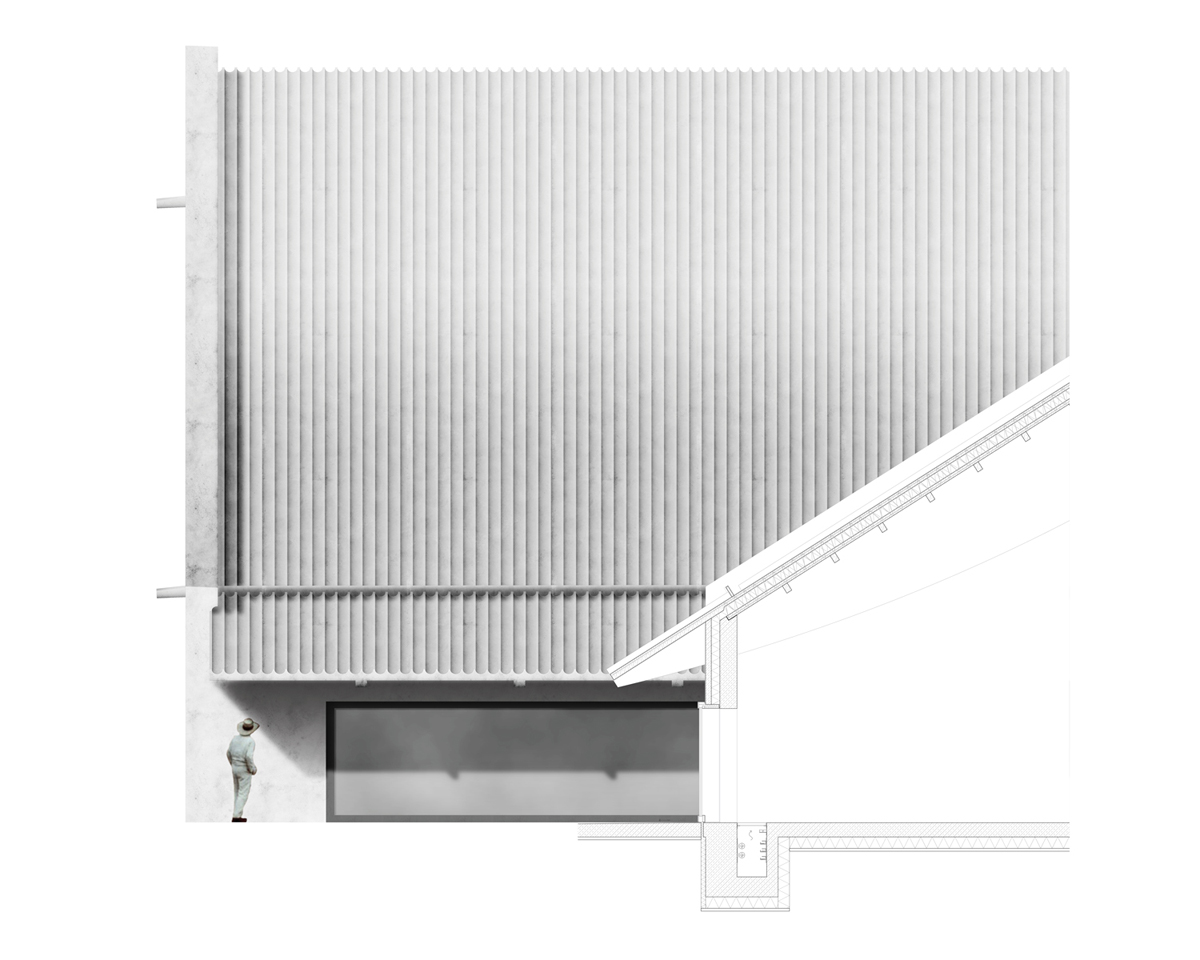 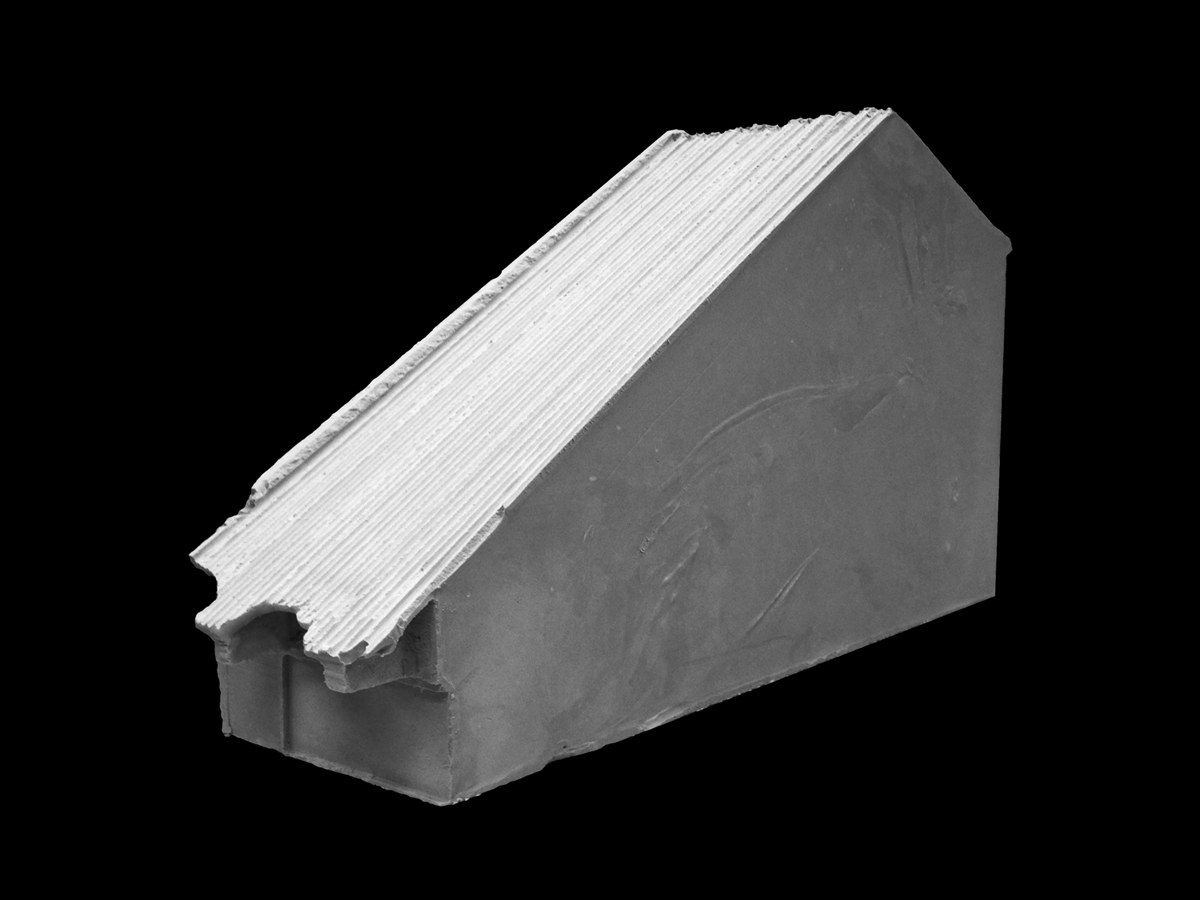