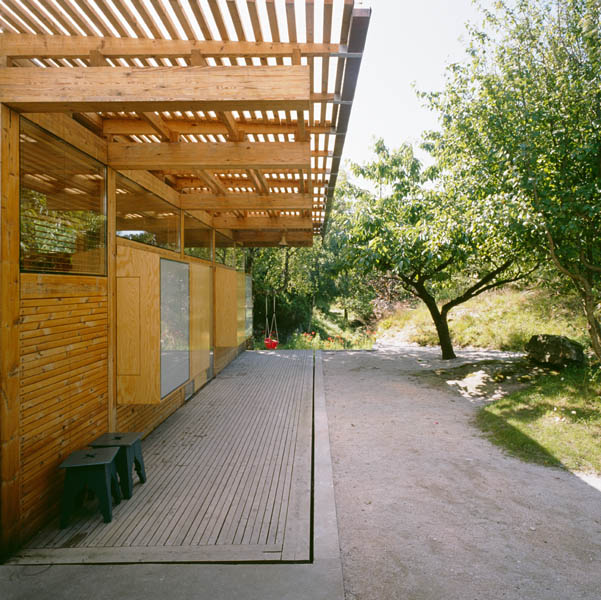 The annex is connected to an existing summerhouse from 1964, situated on the very south coast of Norway. The small building holds two bedrooms with beds for eight persons in all.

A function just as important as the bedrooms was to create an outdoor space for relaxing, playing and other activities. The new building, the existing house and a vertical rock create an intimate court that opens towards south. The courtroom is partly covered by a transparent wooden and fibreglass roof, partly by the branches of a cherry tree and a wild apple tree.

A sustaining wall lifts the terrain to a horizontal terrace covered with sea shell gravel. The annex itself is founded on pillars and adapts to the gravel plateau.

Because of the specified function of the building, and its small size (ca. 20m2), it was possible to design the rooms in detail, with no need for flexibility or general space. The main wooden skeleton therefore includes not only the primary structure, but also structure for glazing and fixed furniture. This “climbing frame” is exposed both on the inside and outside, and makes frames for different infills and materials: siding boards, plywood, masonry, glass, venetian blinds, mattresses etc. The principle generated an almost primitive detailing, most clearly expressed in the glazing, where the glass panels are glued directly into the wooden structure without moulding or mountings.

All wooden components, from the primary posts and beams to the plywood sheets, was pre-cut and mounted by a local carpenter. The cabinets for washing and storage was produced as units, transported by boat and carried by eight men up some quite steep hills. 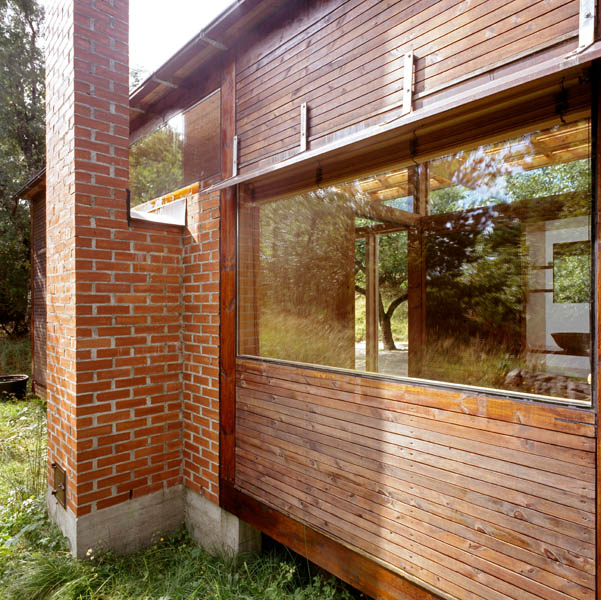 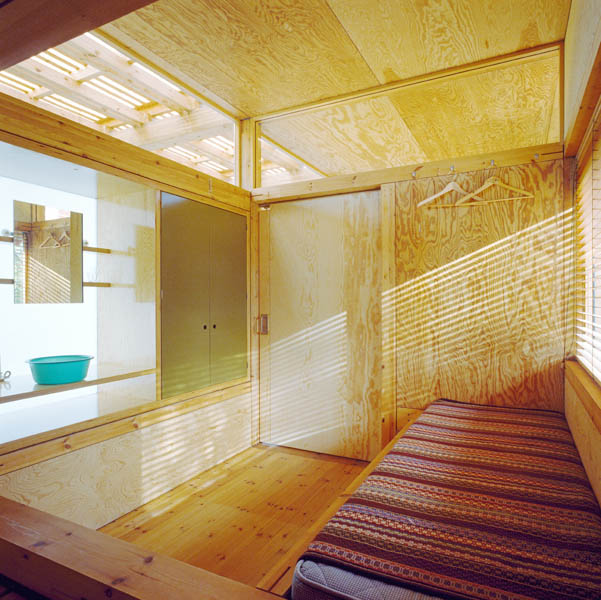 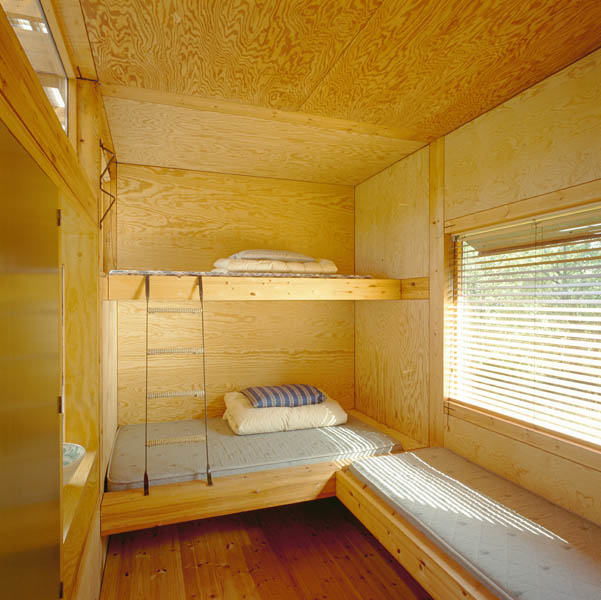 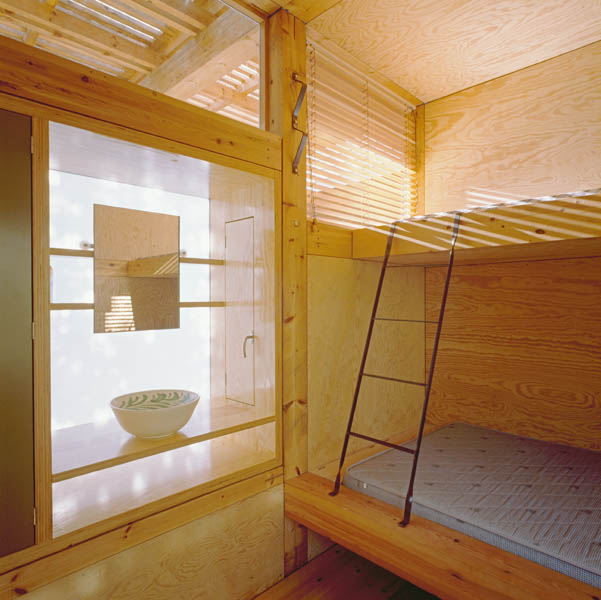 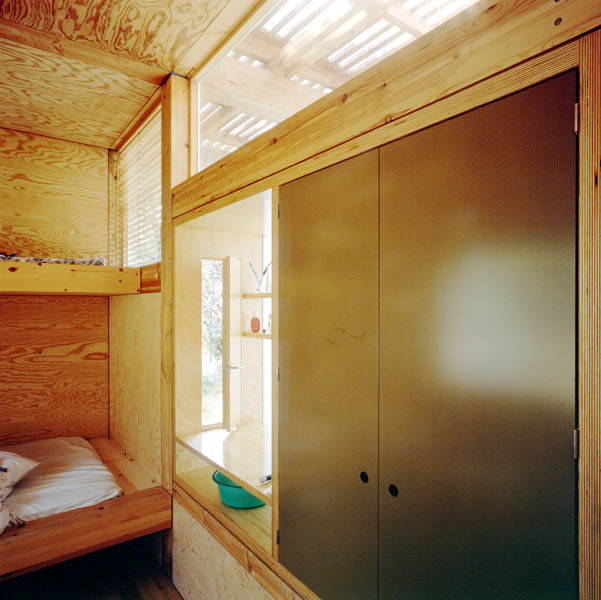 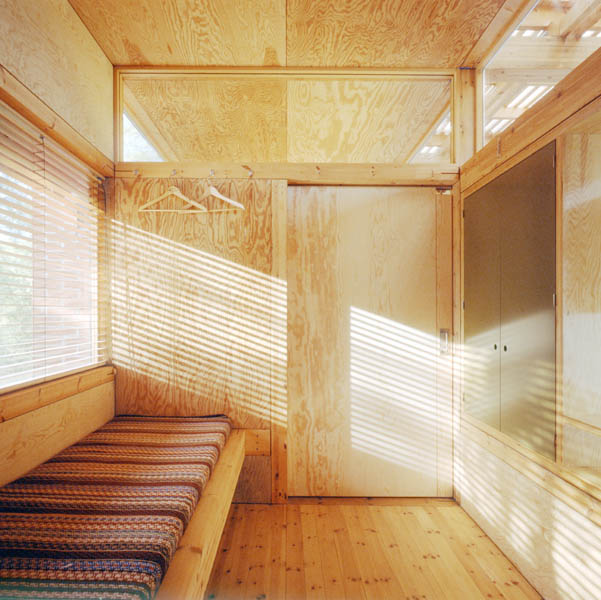 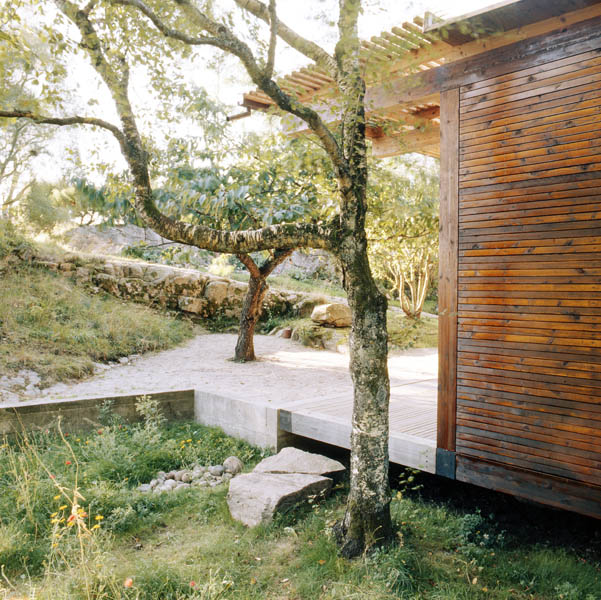 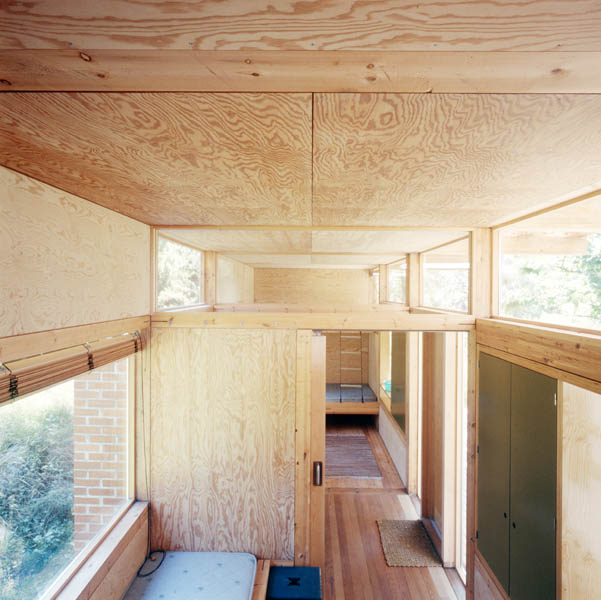 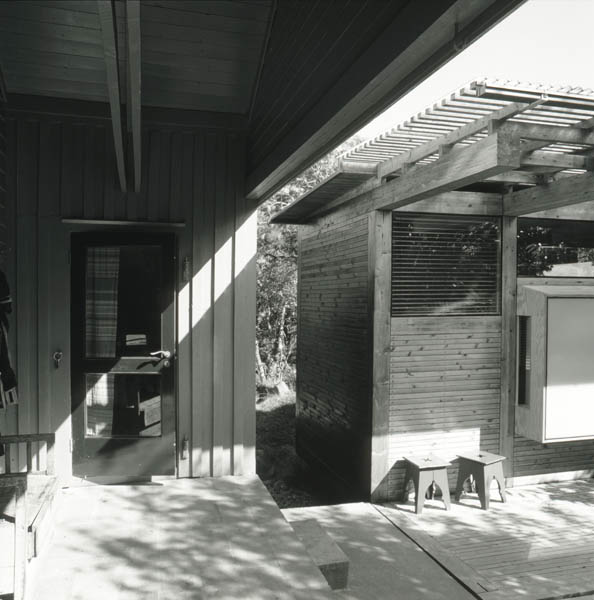 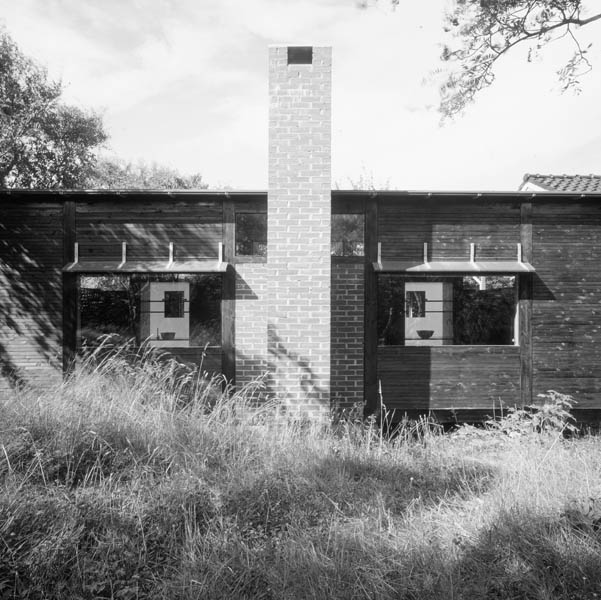 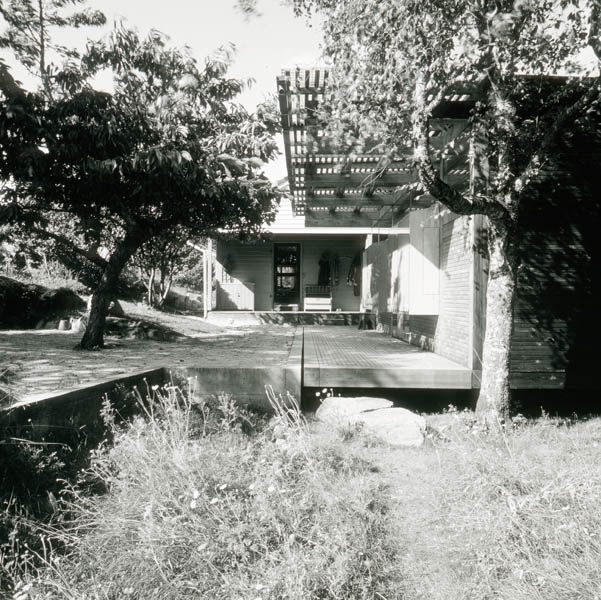 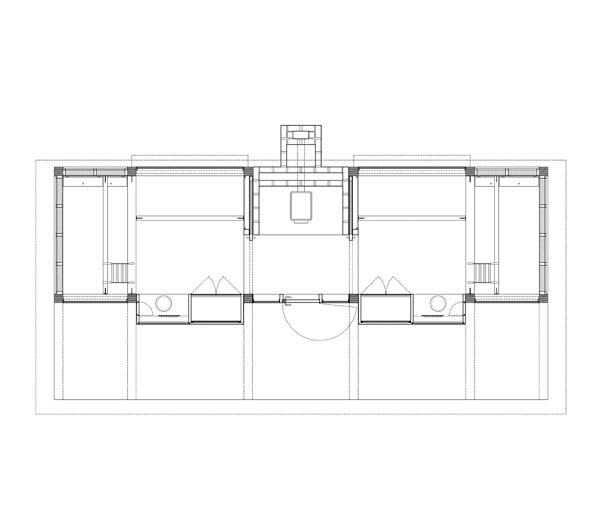 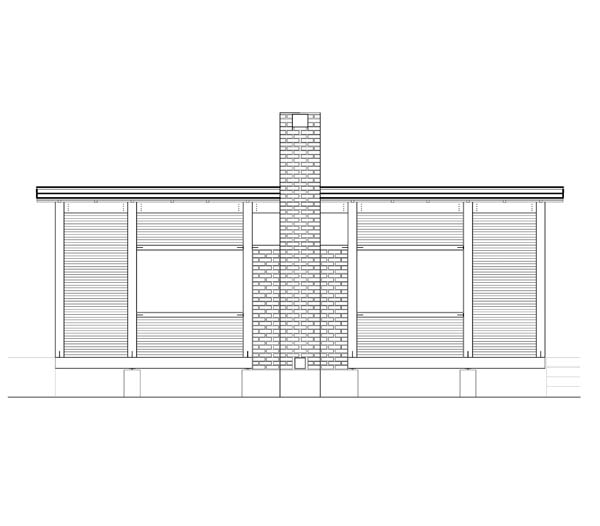 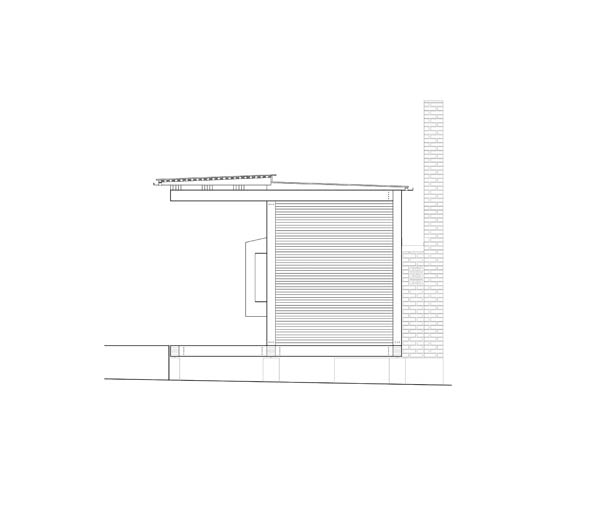