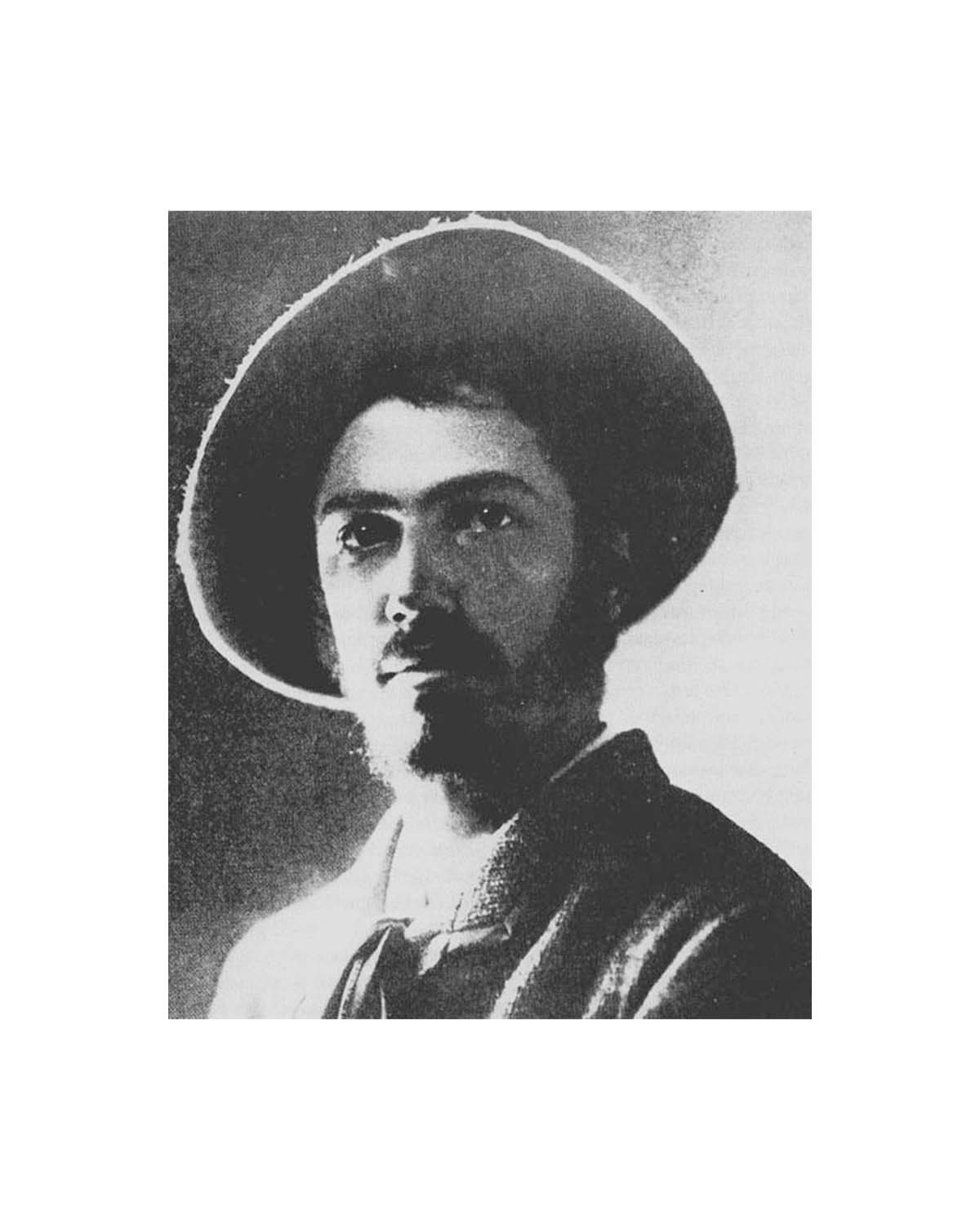 Adolphe Appia, (1862-1928) was a Swiss architect, stage designer and theorist of stage lighting and décor. His theories and realized works transformed the practice of stage design and he had a great influence on the development of performing arts.

His sets and his drawings didn’t look for pictorial realism, their intent was rather to create and underline a believable mood for each scene. Symbols and metaphors prevailed over literal descriptions, as in the representation of trees. The actors and the script were of equal importance than scenery: for Appia, the four basic scenic elements were: Painted Scenery (Vertical); Spatial Arrangement (Floor); the Actor; the Light. “Inclusion of the Actor as a scenic element creates a completely new focus with resonance in modernism”.

The practice of lighting was completely redefined: Appia distinguished between diffused light (allowing visible scenery) and concentrated light (modelling form), believed in the ability of light to be structural, fluid, plastic and “motivated”, eliminated footlights and even created novel lighting positions.

His influence was vast and lasting, and was mainly due to his drawings, more than his actual productions. 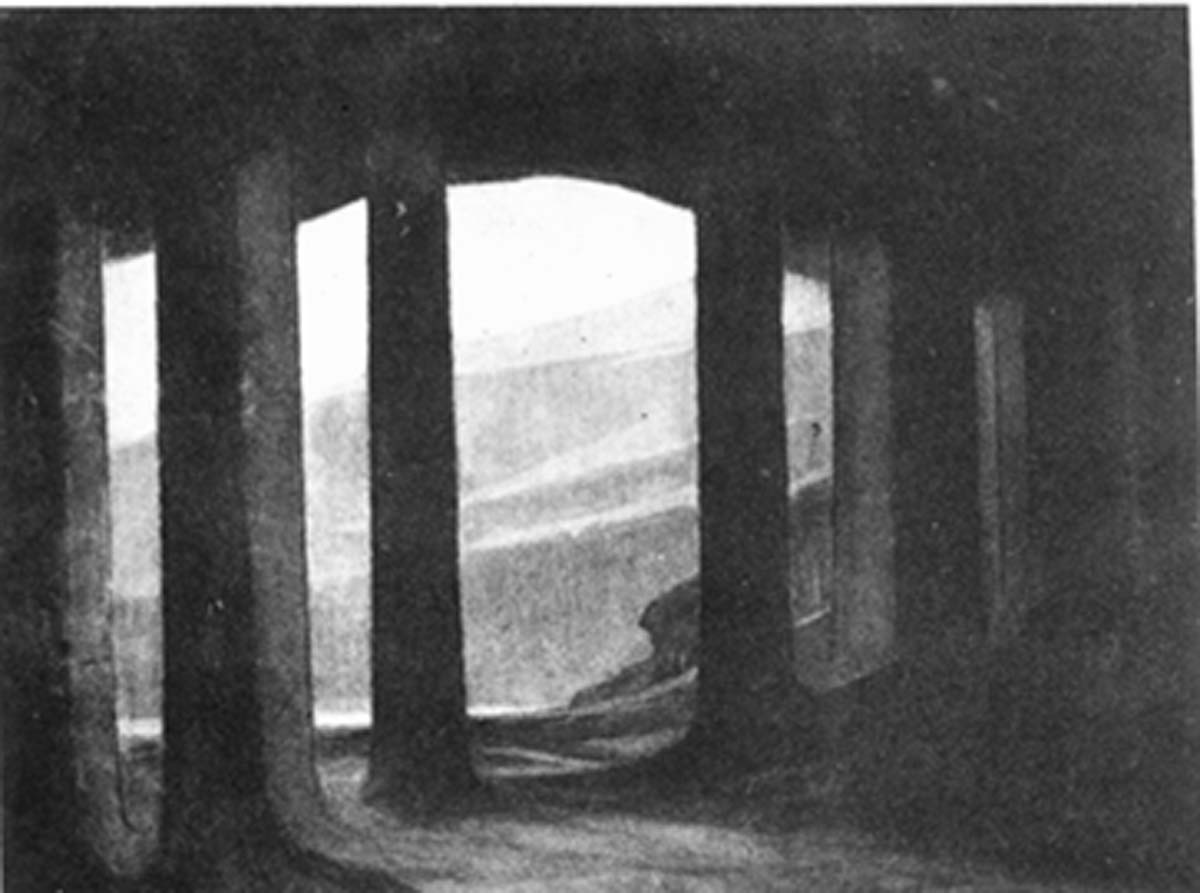 Wagner: Parsifal 1896
Appia’s intent was not to create pictorial realism, but to create a believable mood for the scene.
Trees are symbolic, not literal. 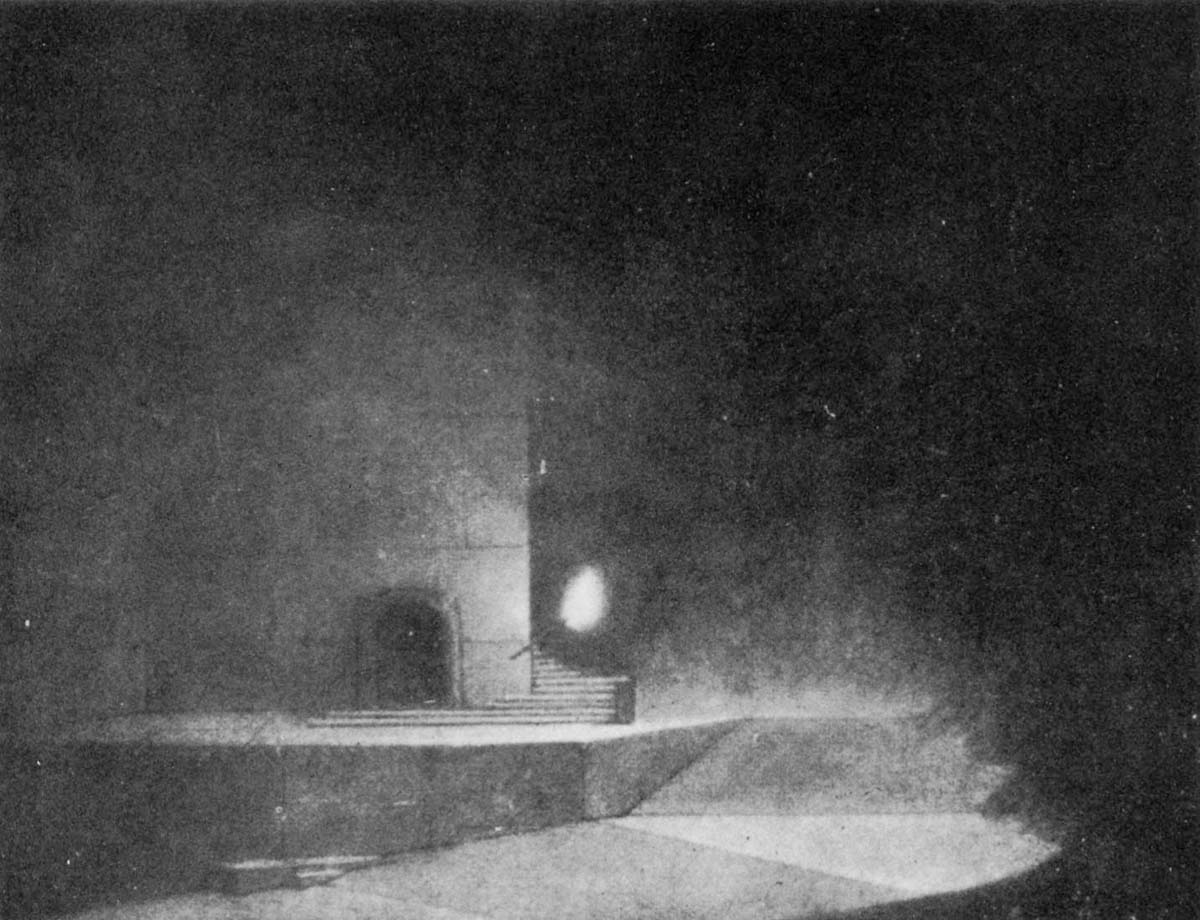 Wagner: Tristan and Isolde 1896
He understood the concept of motivated light. 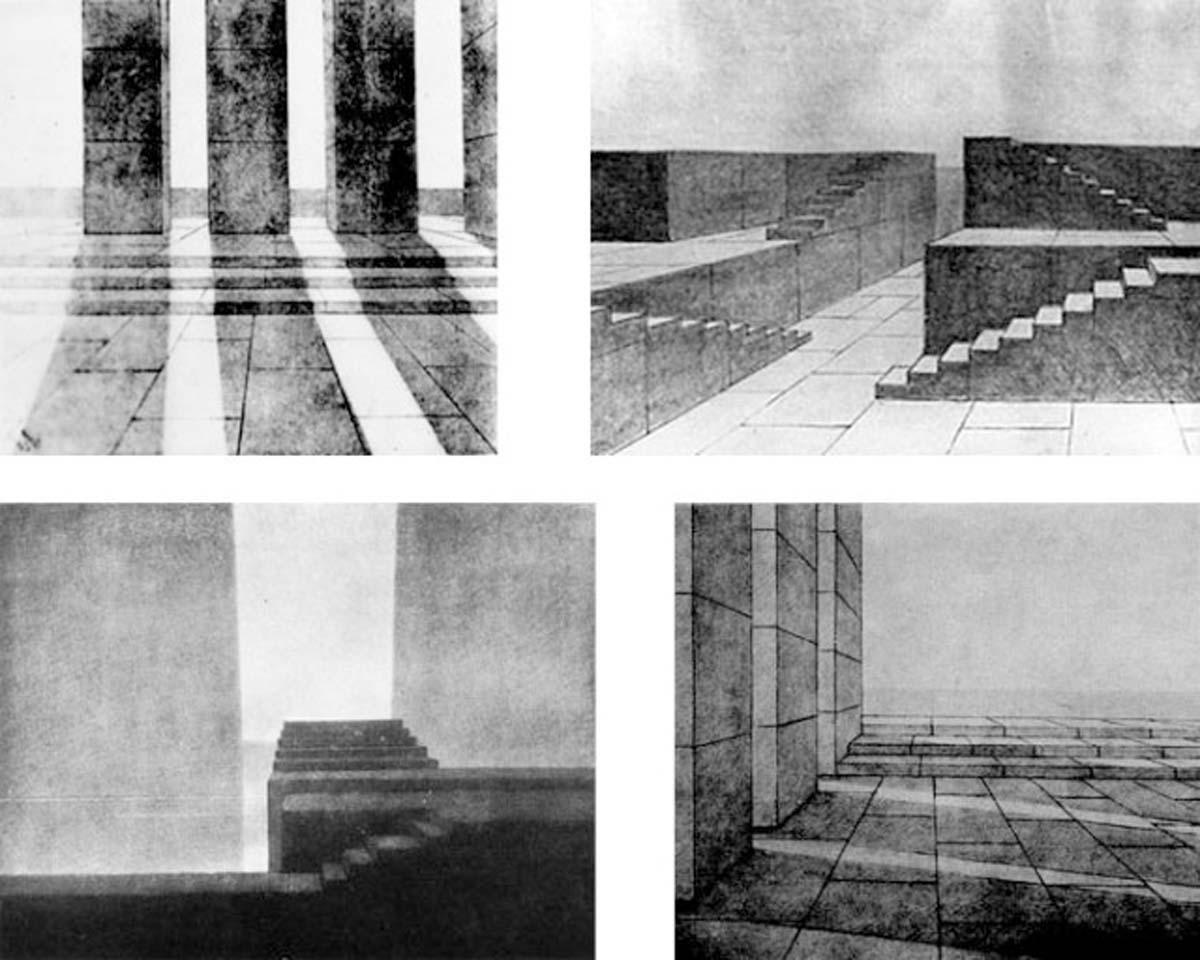 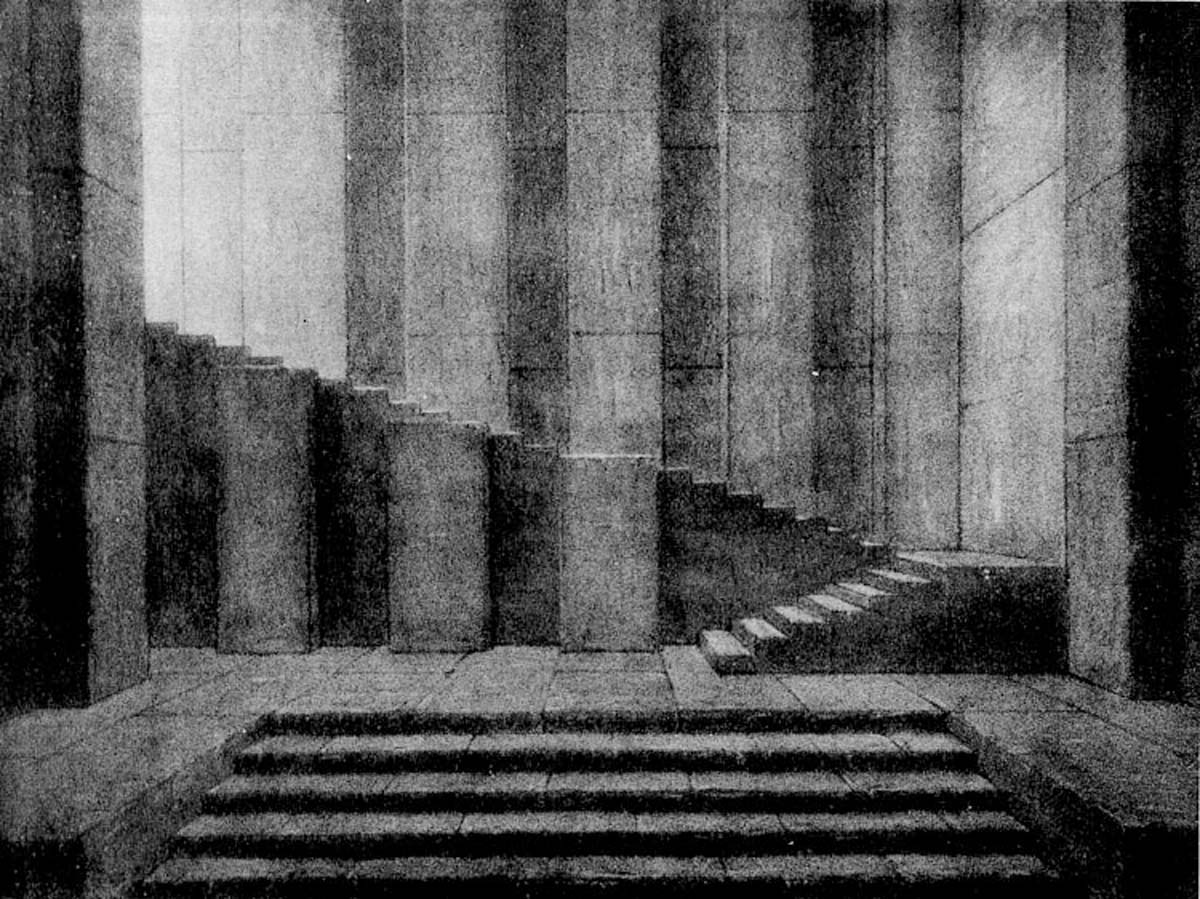 Orpheus, Hellerau 1913
Appia’s drawings have been more influential than his actual productions. 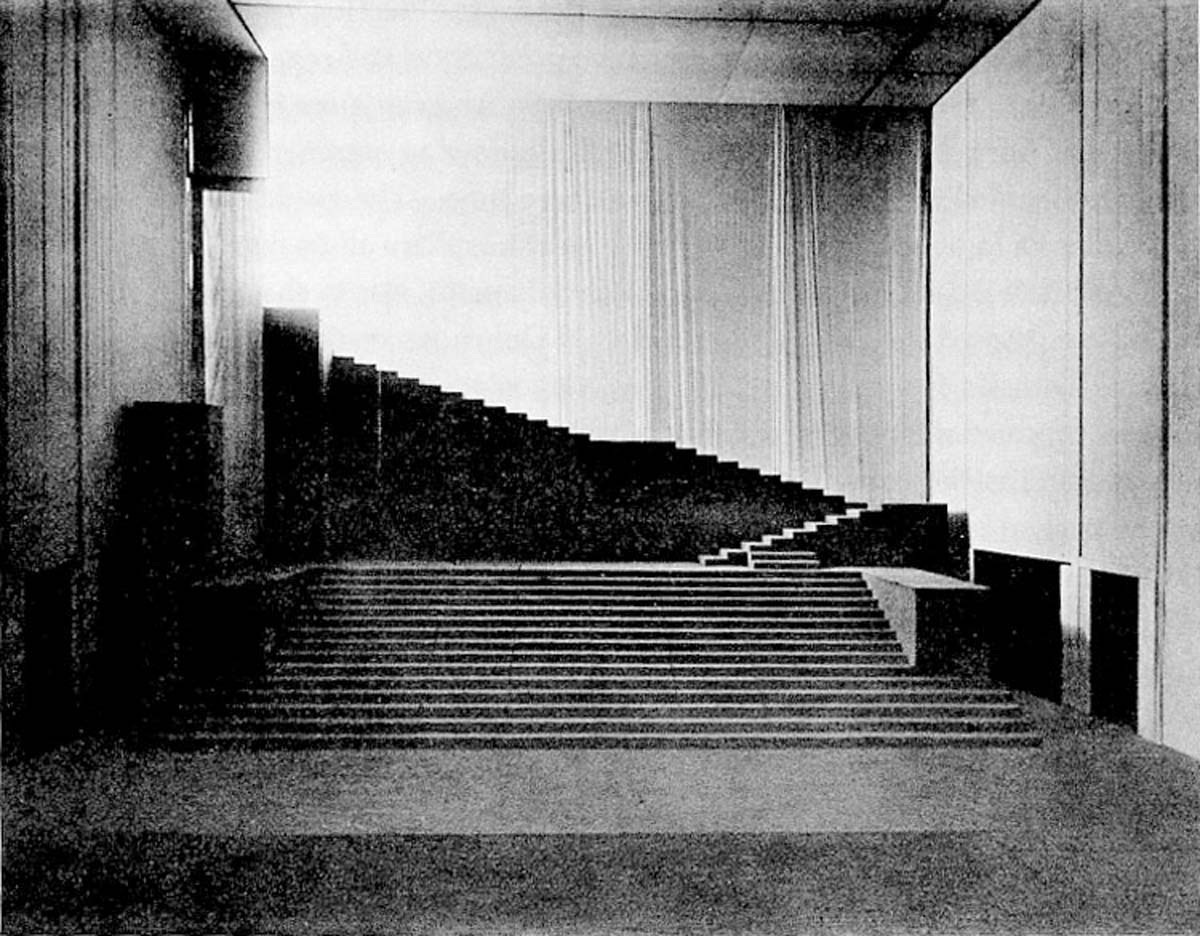 Orpheus, Hellerau 1913
Light can be structural. Appia distinguished between a diffuse light that allows visible scenery, and a concentrated light that models form. 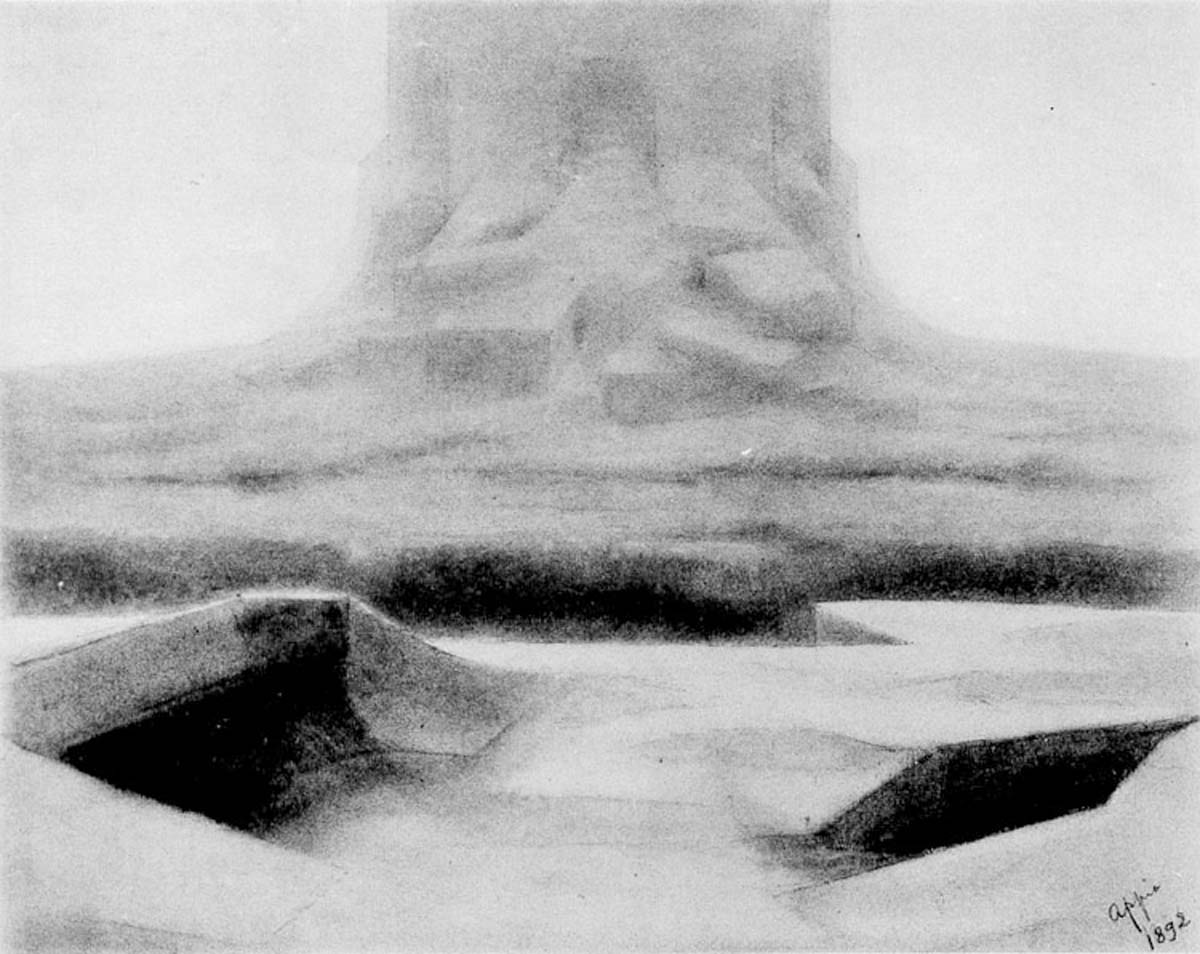 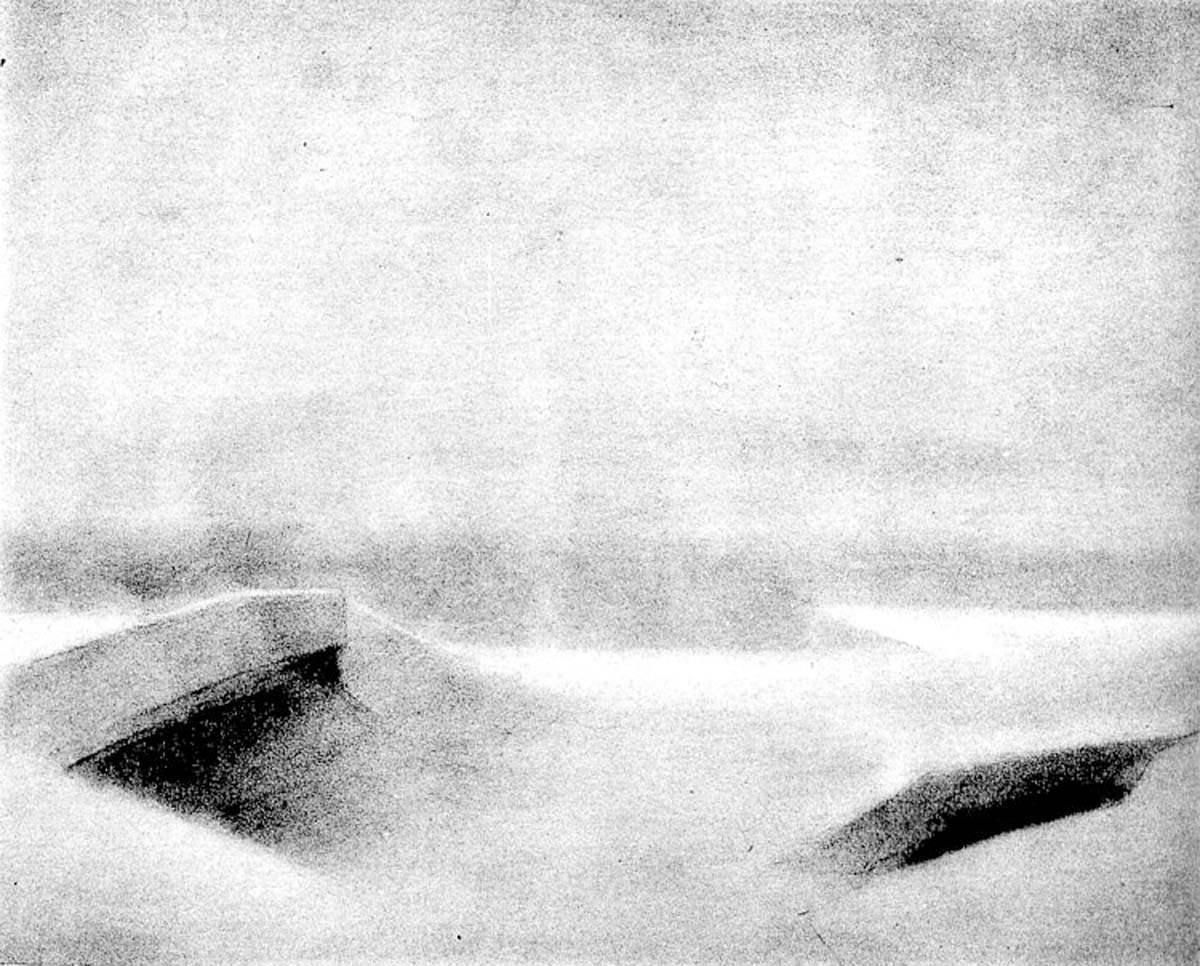 Light is fliud; the most plastic of all the scenic elements. 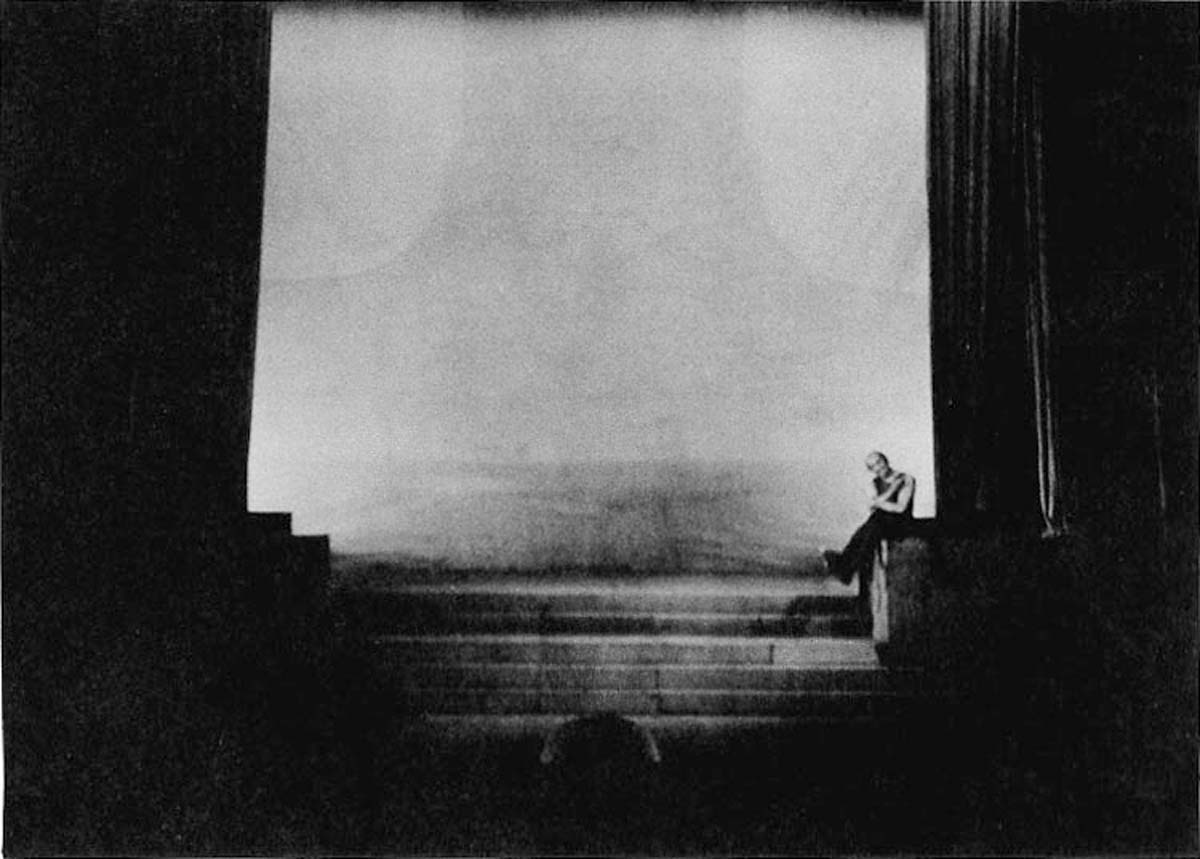 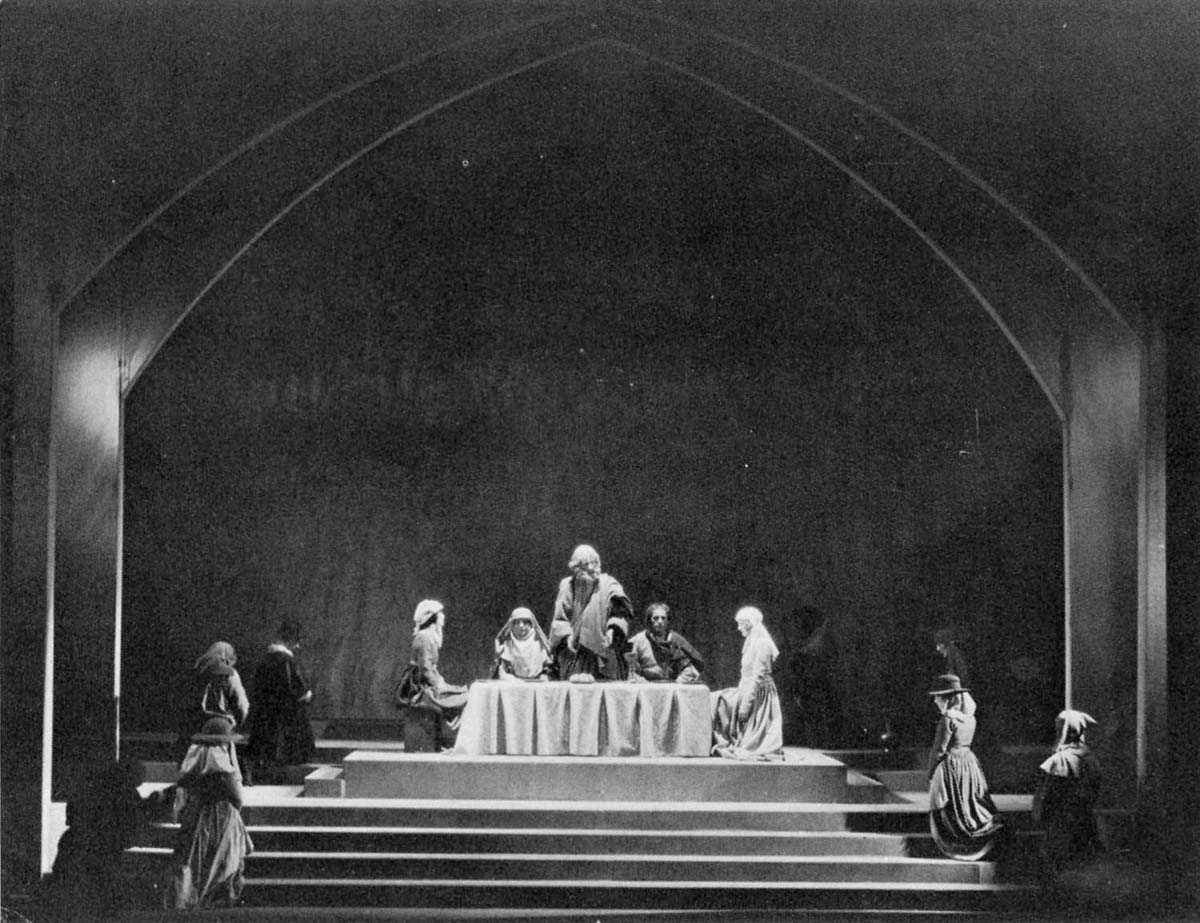 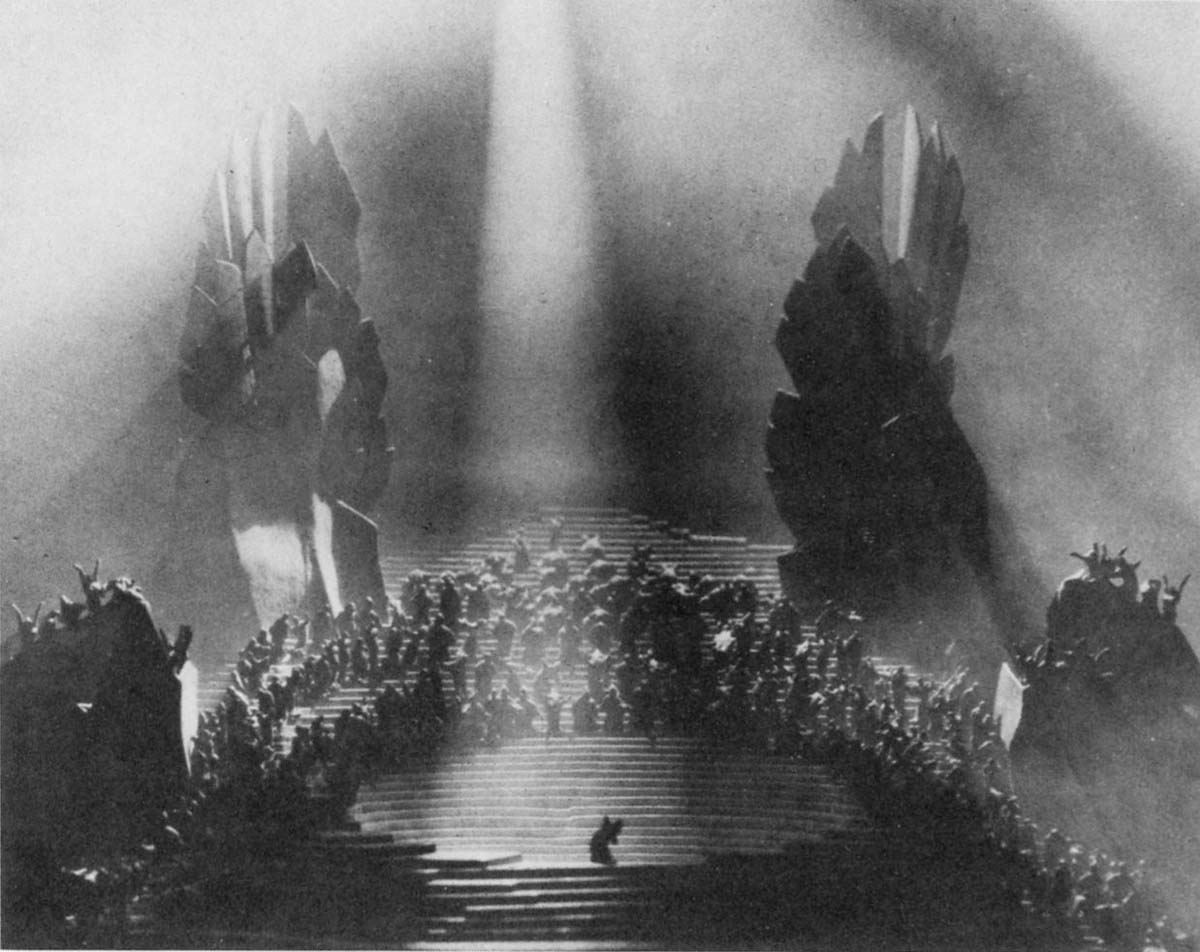 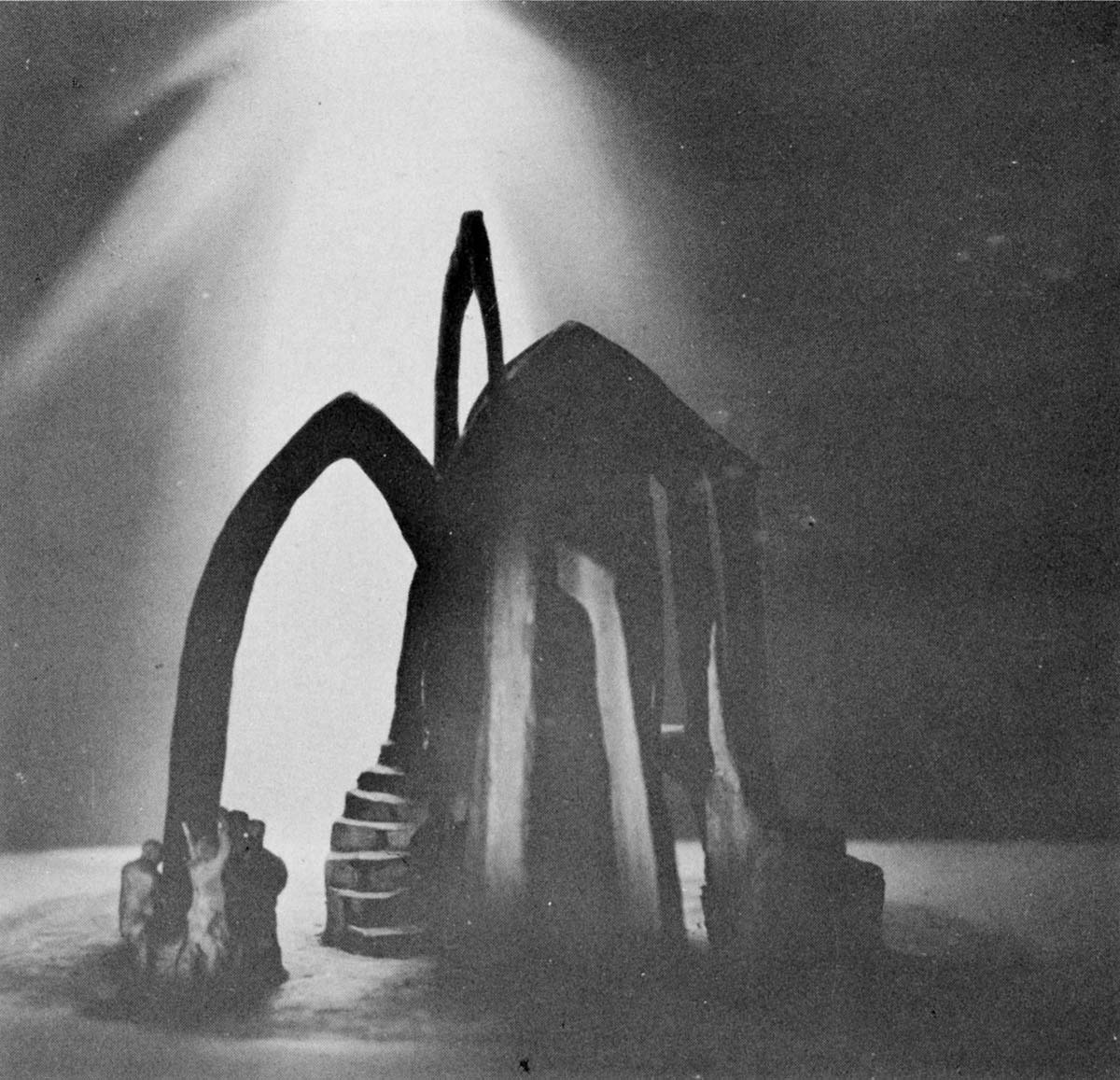 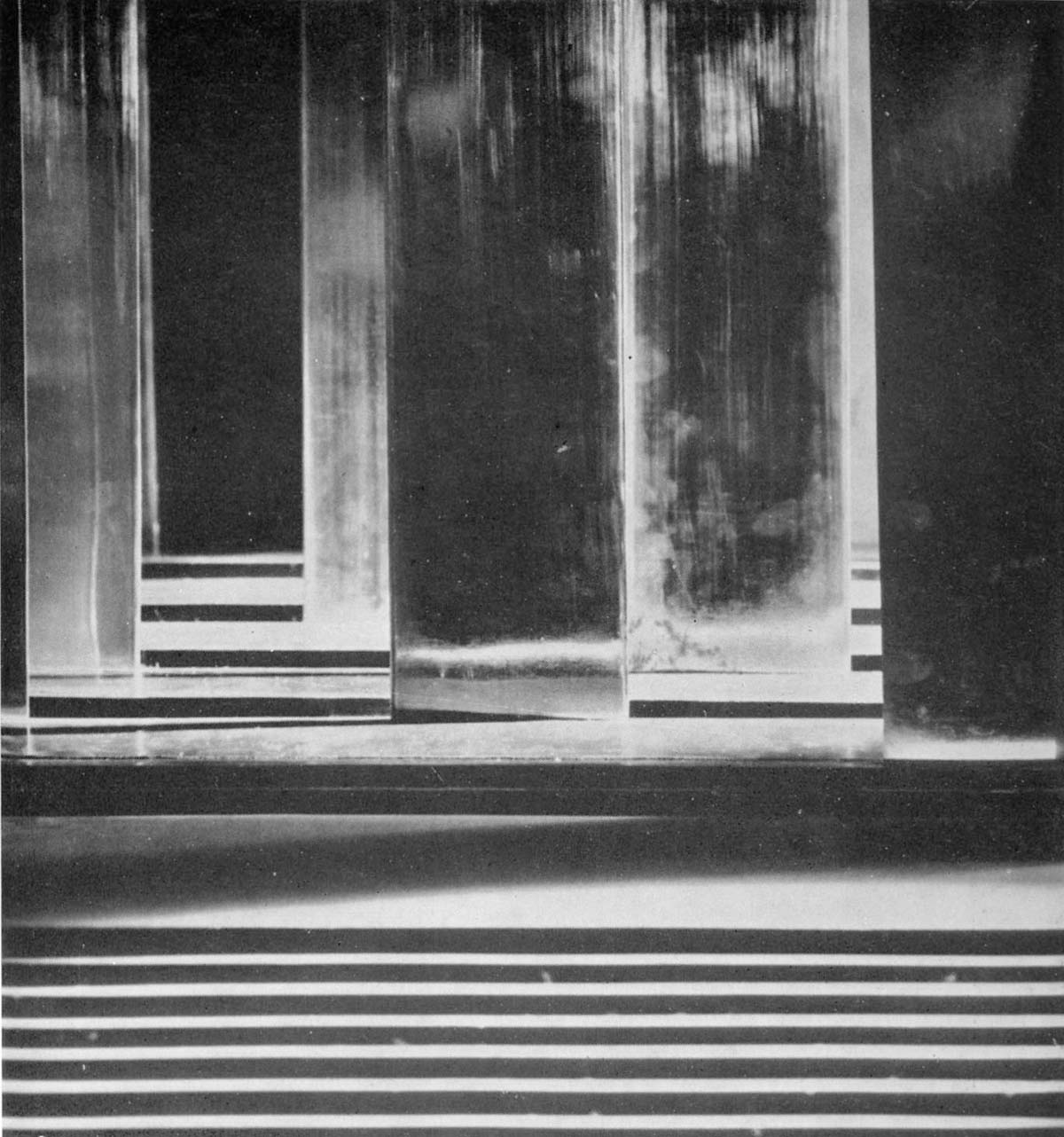 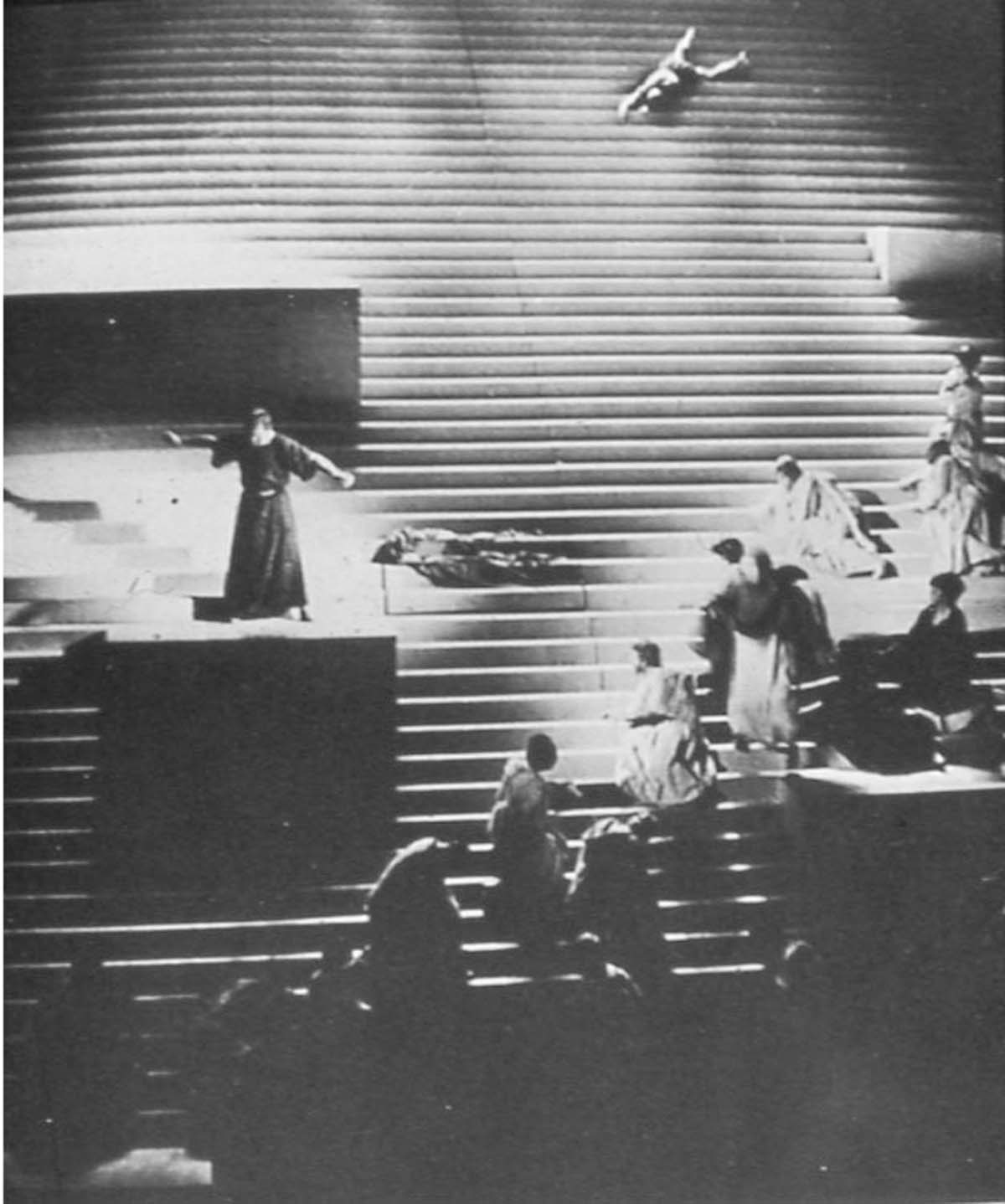 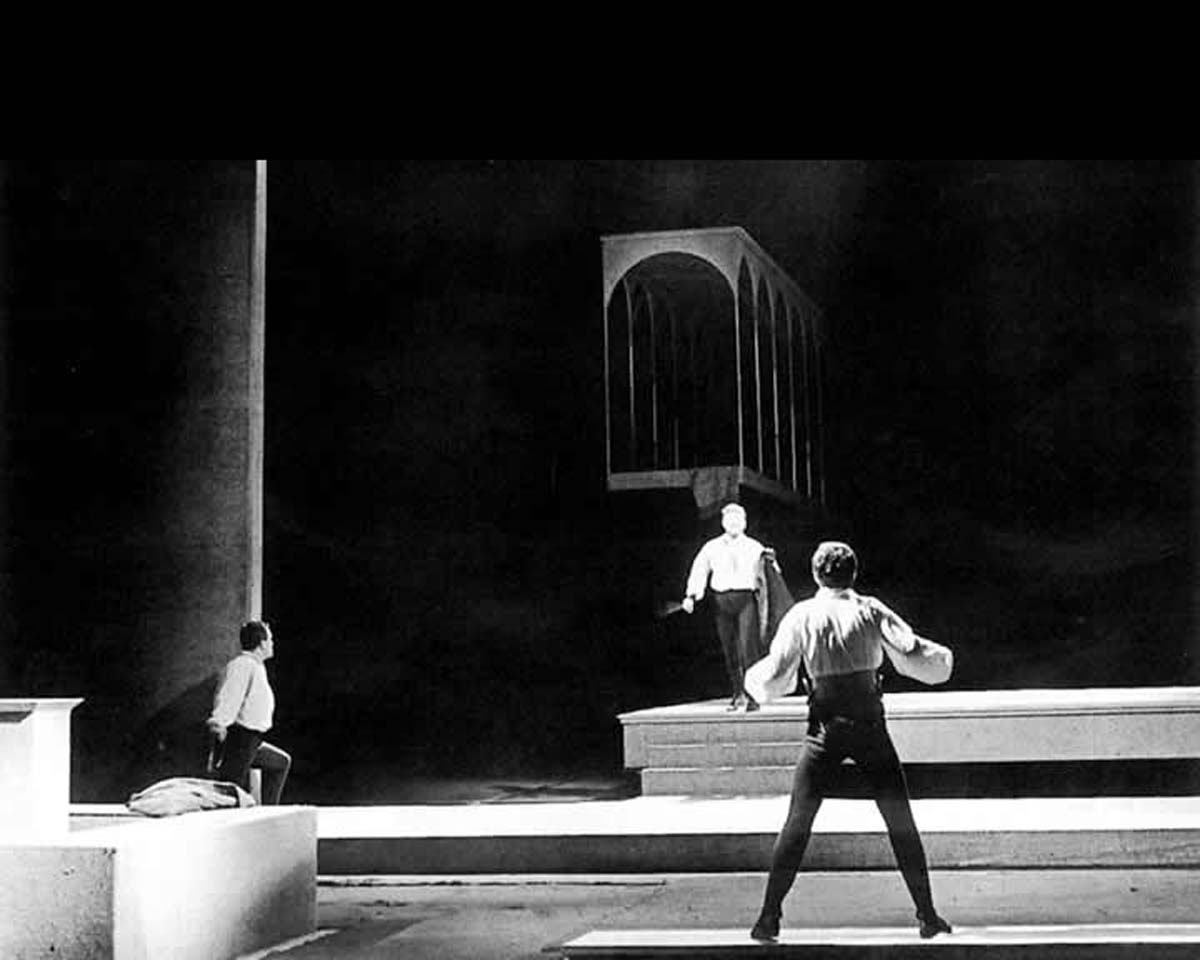