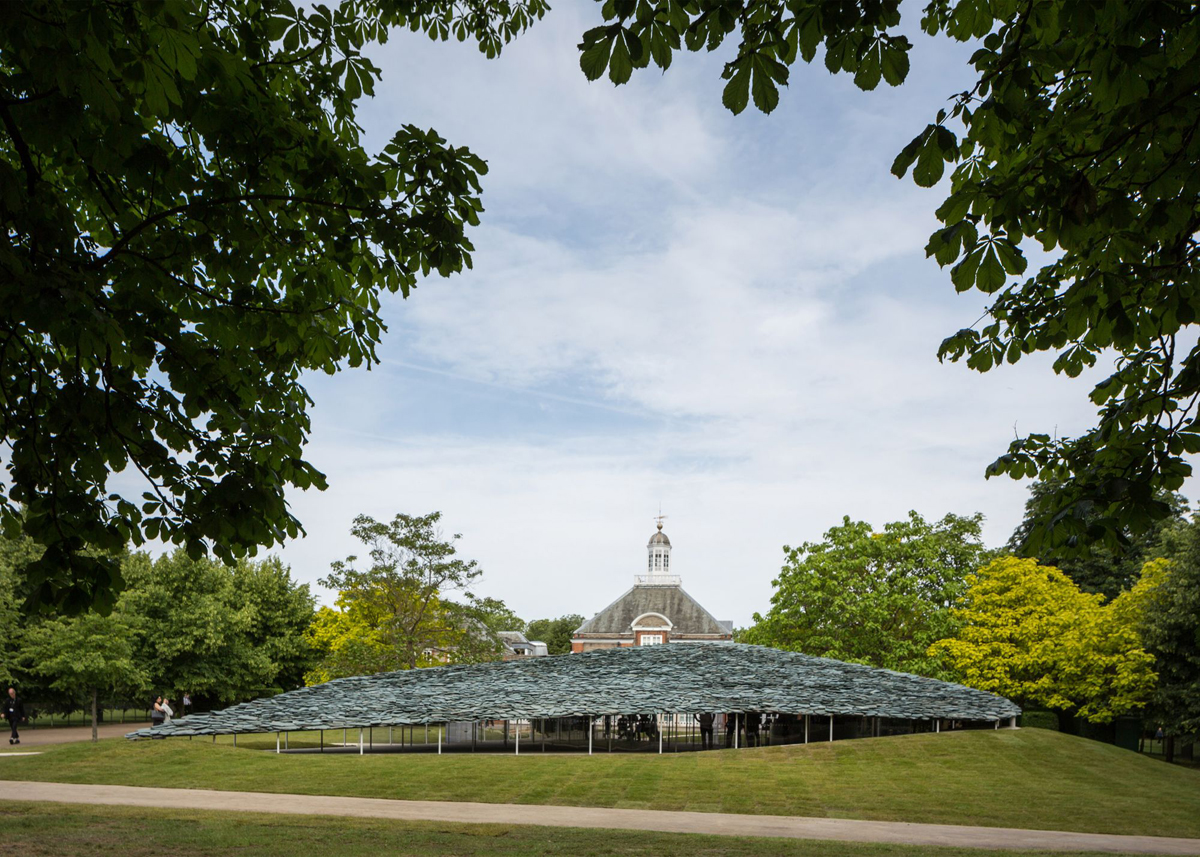 The design for the 2019 Serpentine Pavilion takes roofs, the most common architectural feature, as its point of departure and inspiration. It is reminiscent of roofing tiles seen around the world, bridging both architectural and cultural references through this single architectural feature. The roof of the Pavilion is made by arranging slates to create a canopy that alludes to nature. It appears to emerge from the ground of the surrounding Park.

«My design for the Pavilion plays with our perspectives of the built environment against the backdrop of a natural landscape, emphasising a natural and organic feel as though it had grown out of the lawn, resembling a hill made of rocks. This is an attempt to supplement traditional architecture with modern methodologies and concepts, to create in this place an expanse of scenery like never seen before. Possessing the weighty presence of slate roofs seen around the world, and simultaneously appearing so light it could blow away in the breeze, the cluster of scattered rock levitates, like a billowing piece of fabric.
The interior of the Pavilion is an enclosed cave-like space, a refuge for contemplation. For me, the Pavilion articulates a ‘free space’ philosophy that is to harmony between man-made structures and those that already exist in nature.» 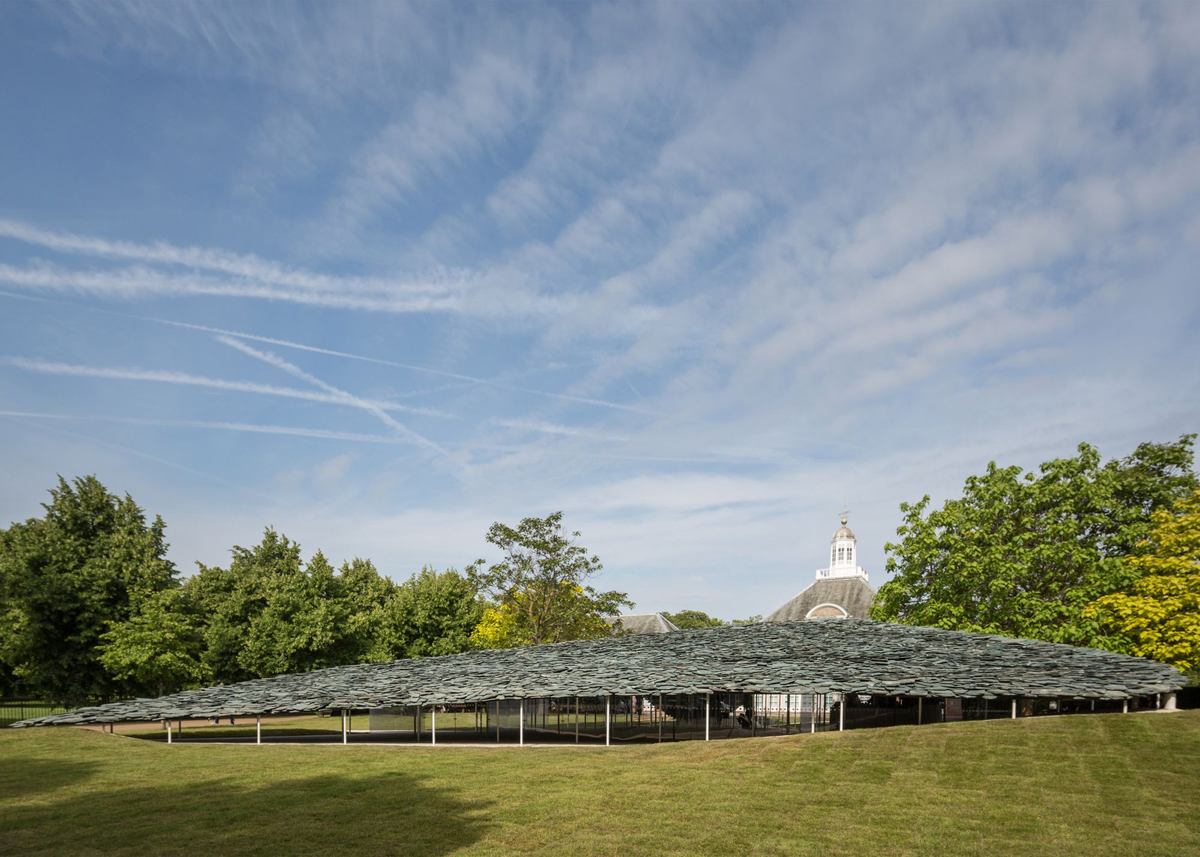 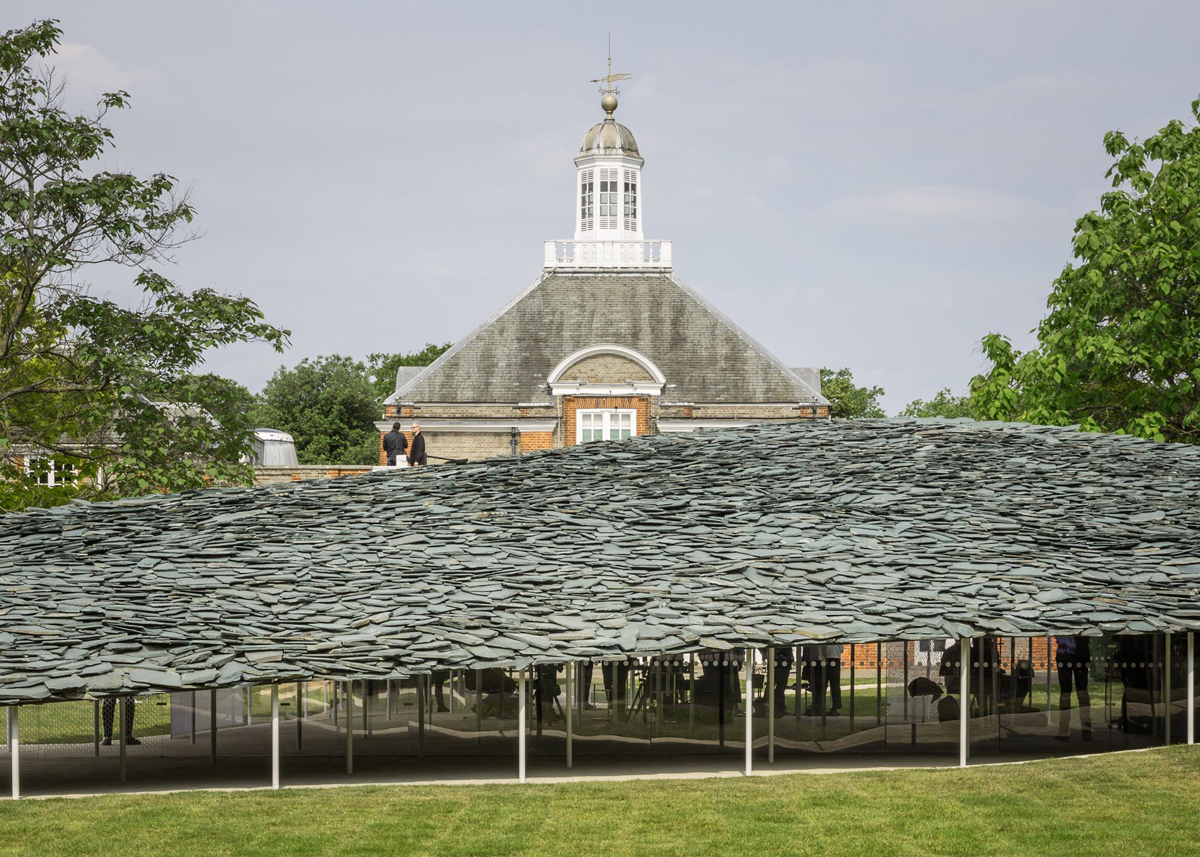 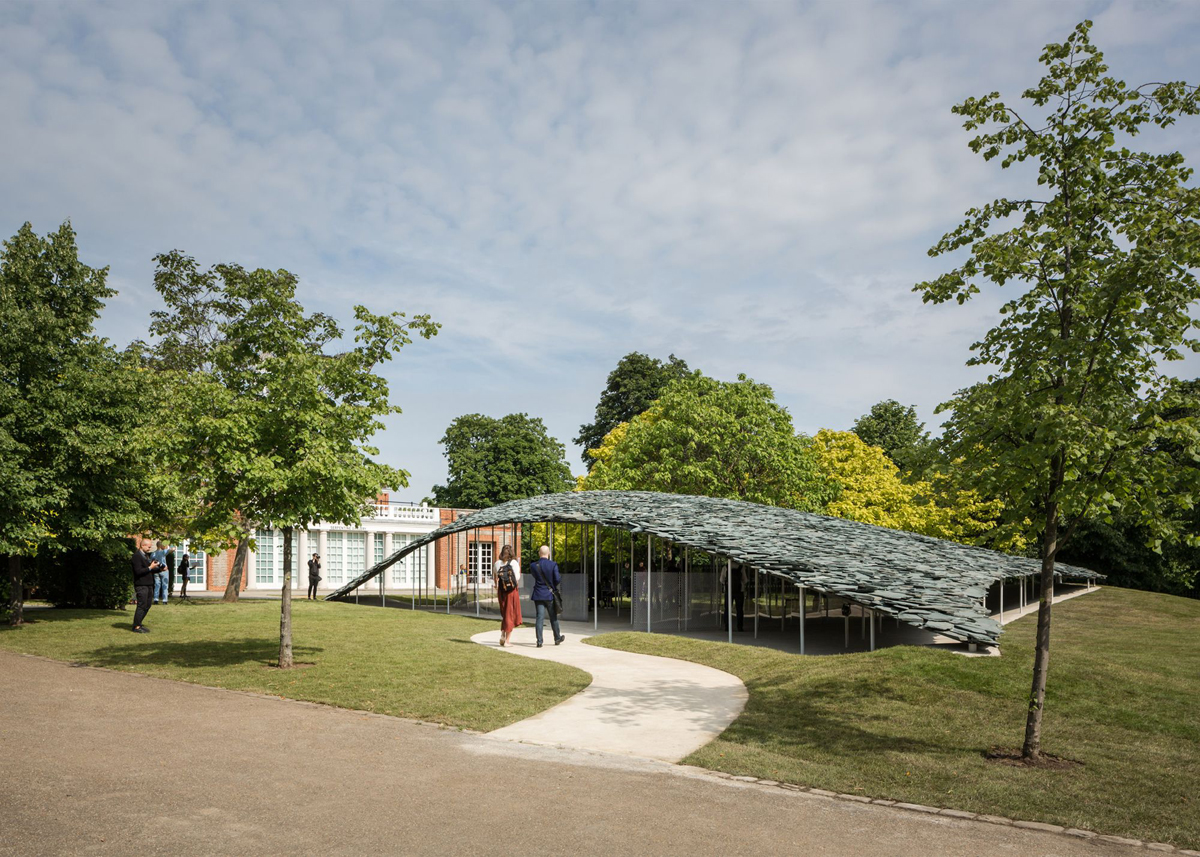 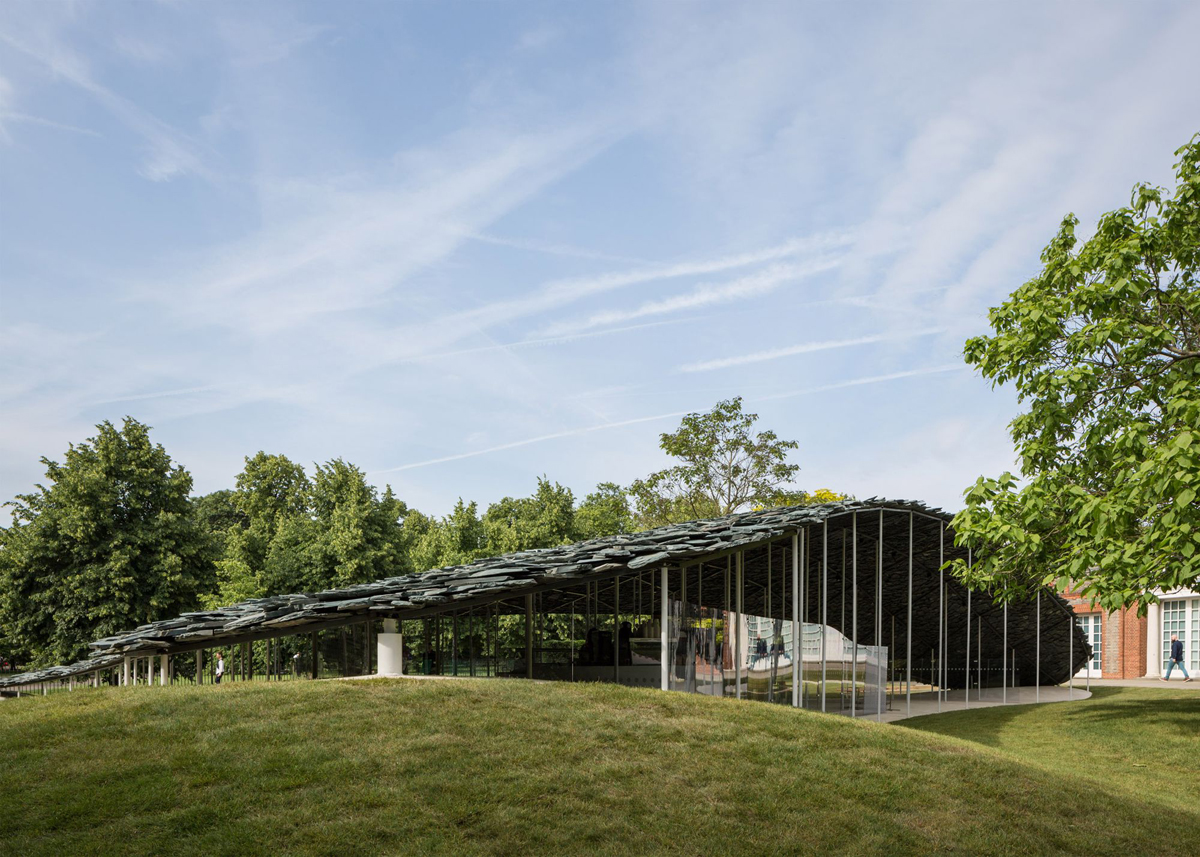 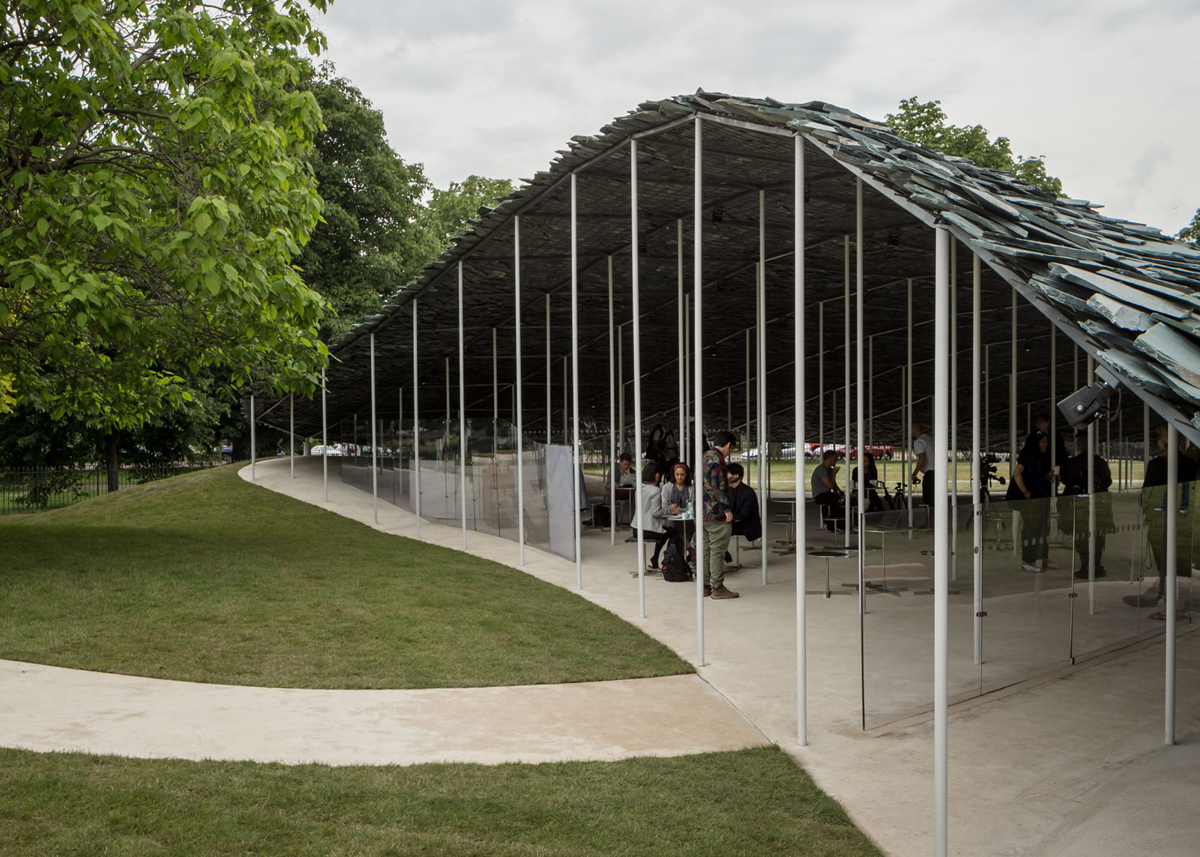 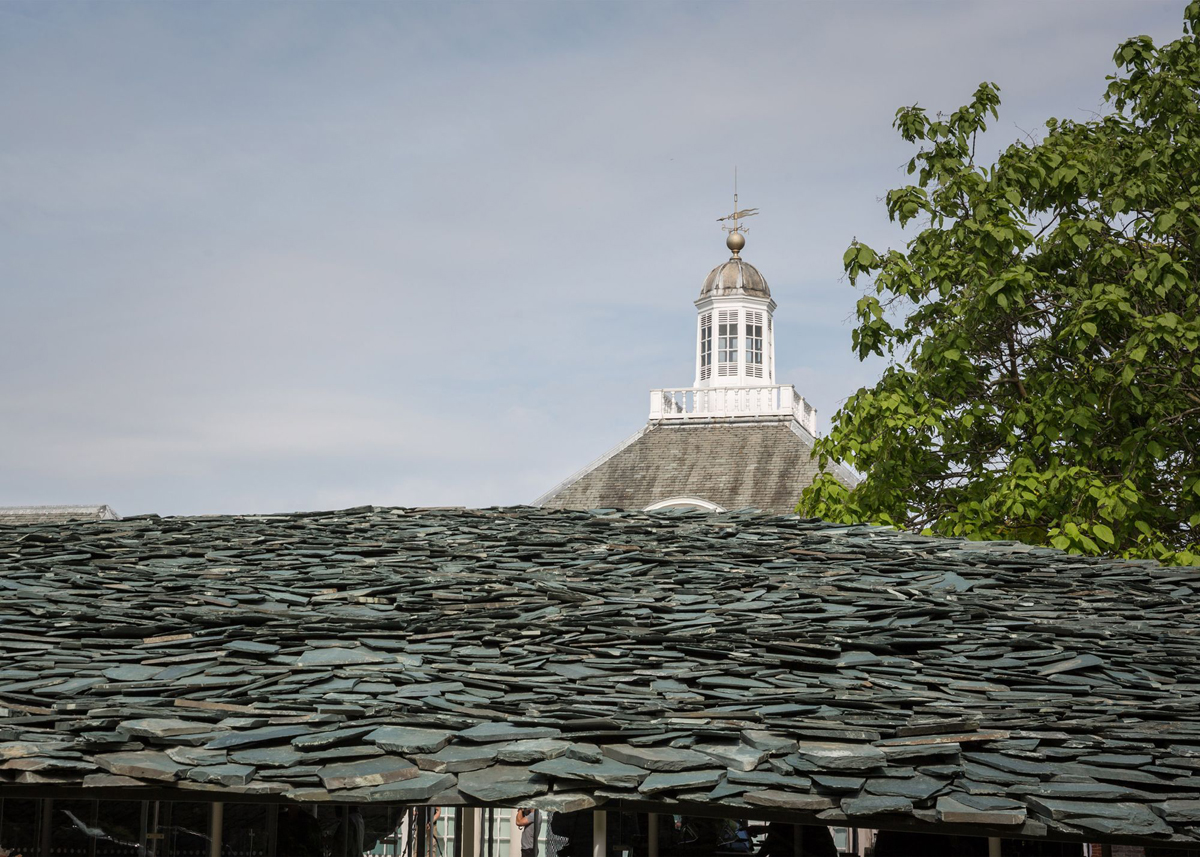 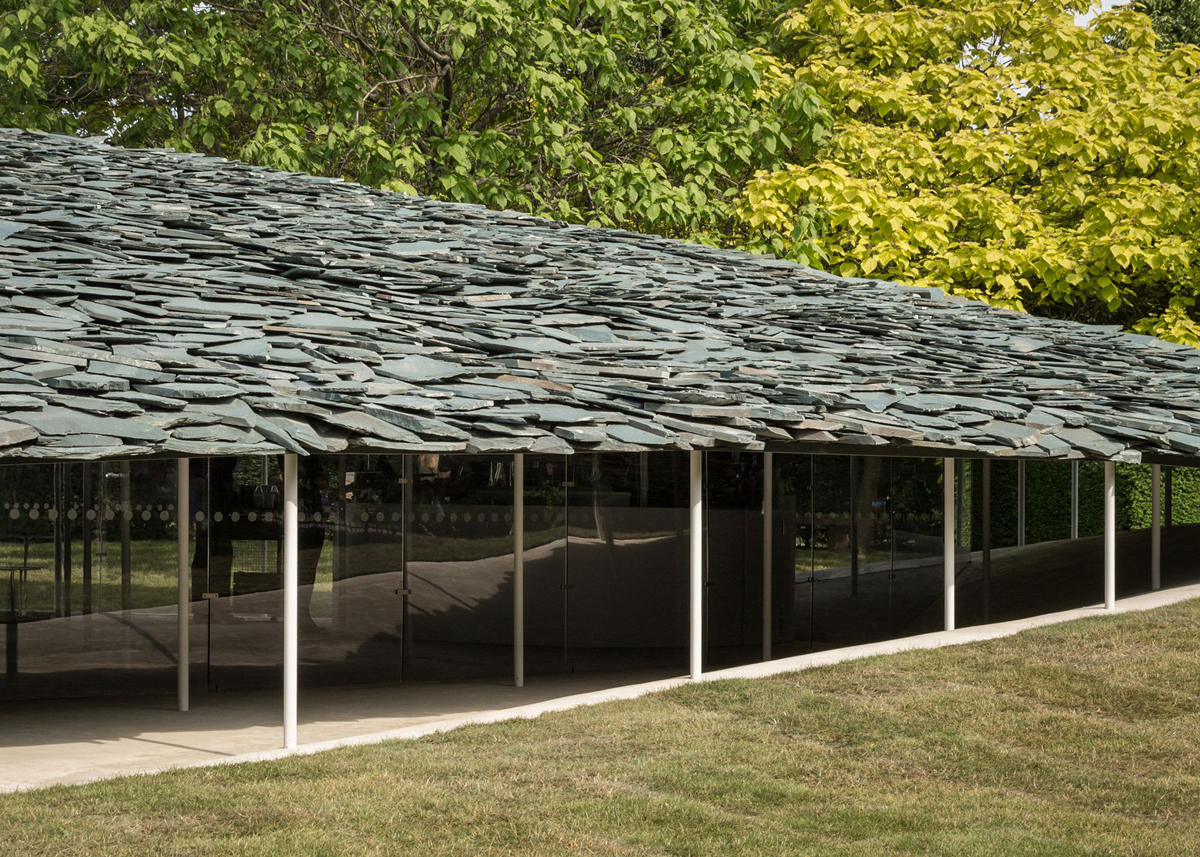 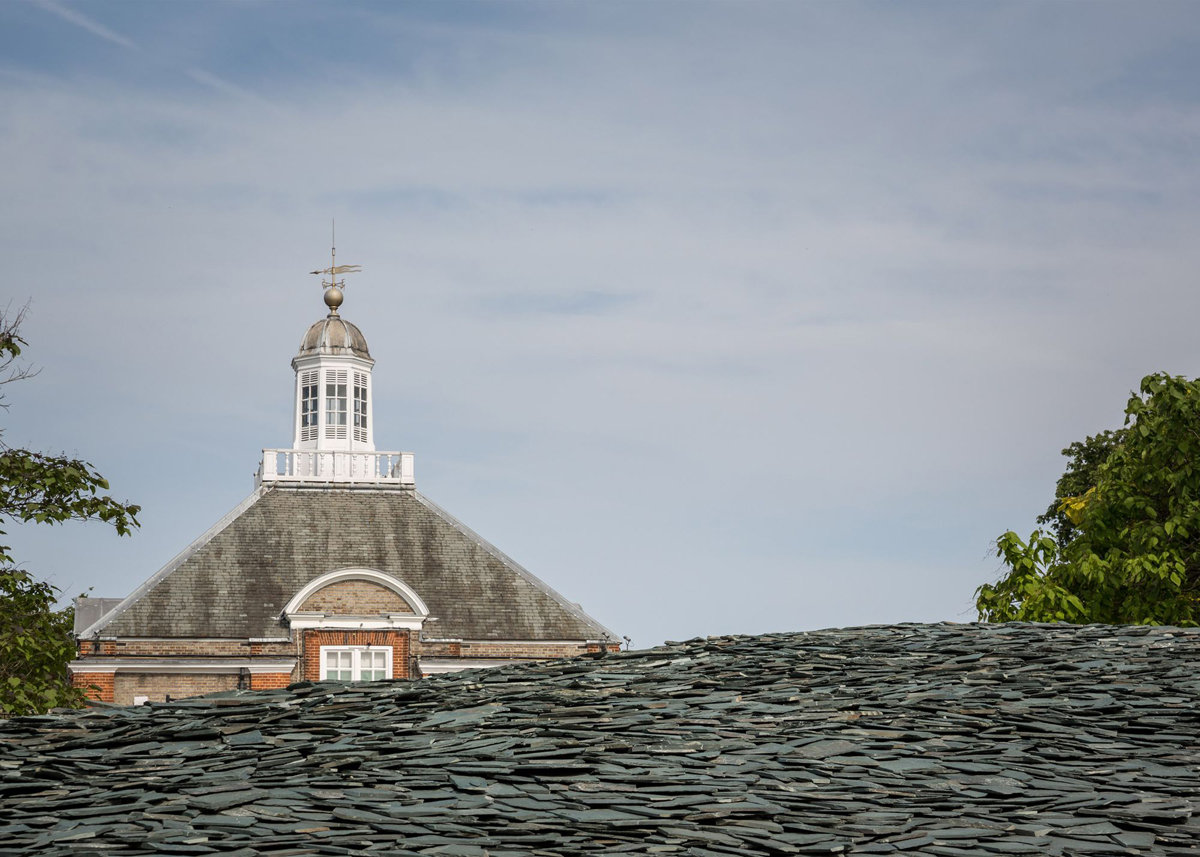 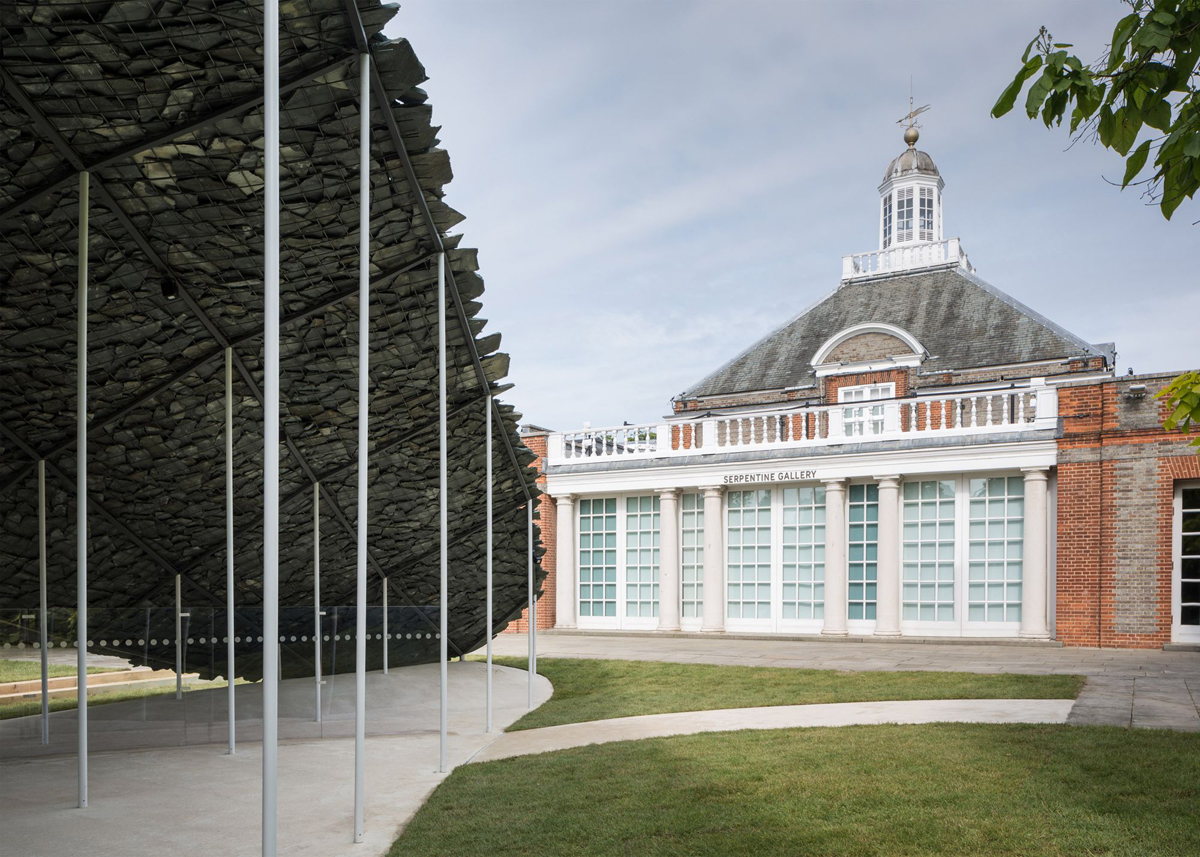 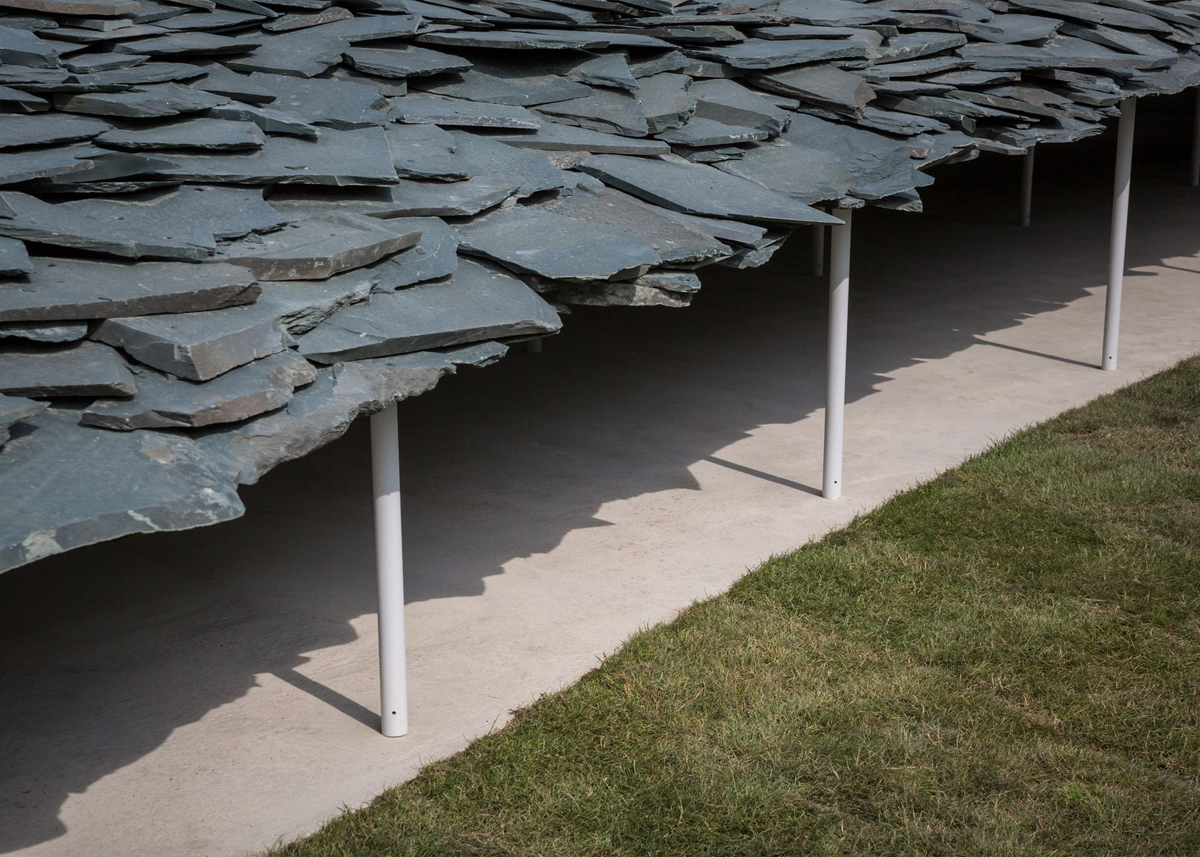 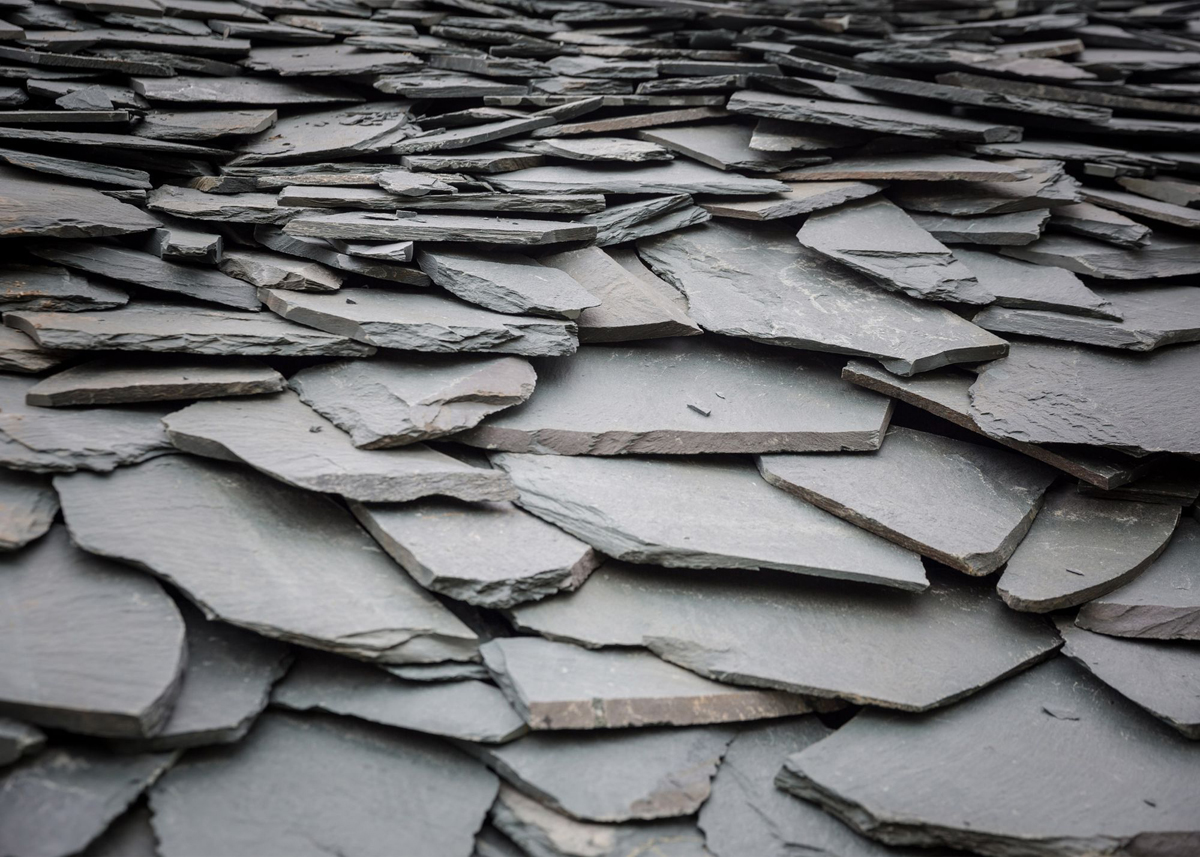 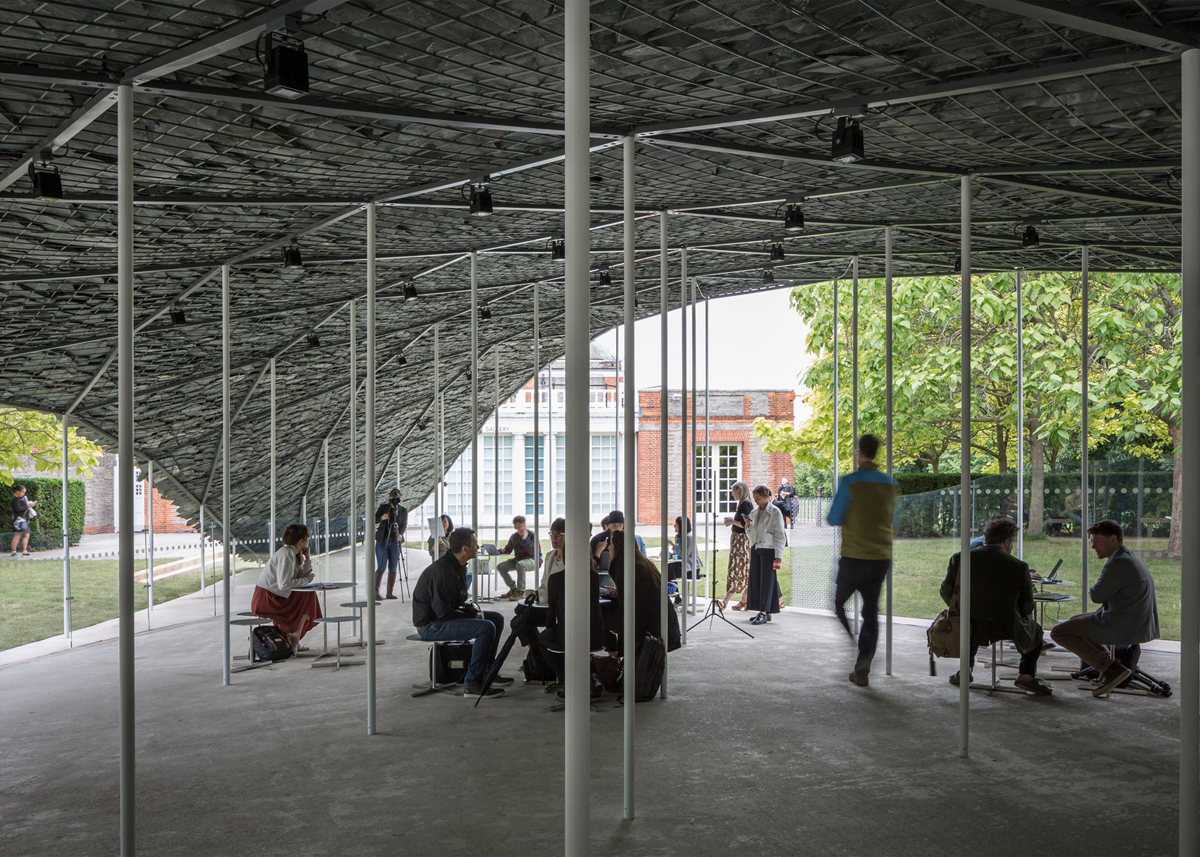 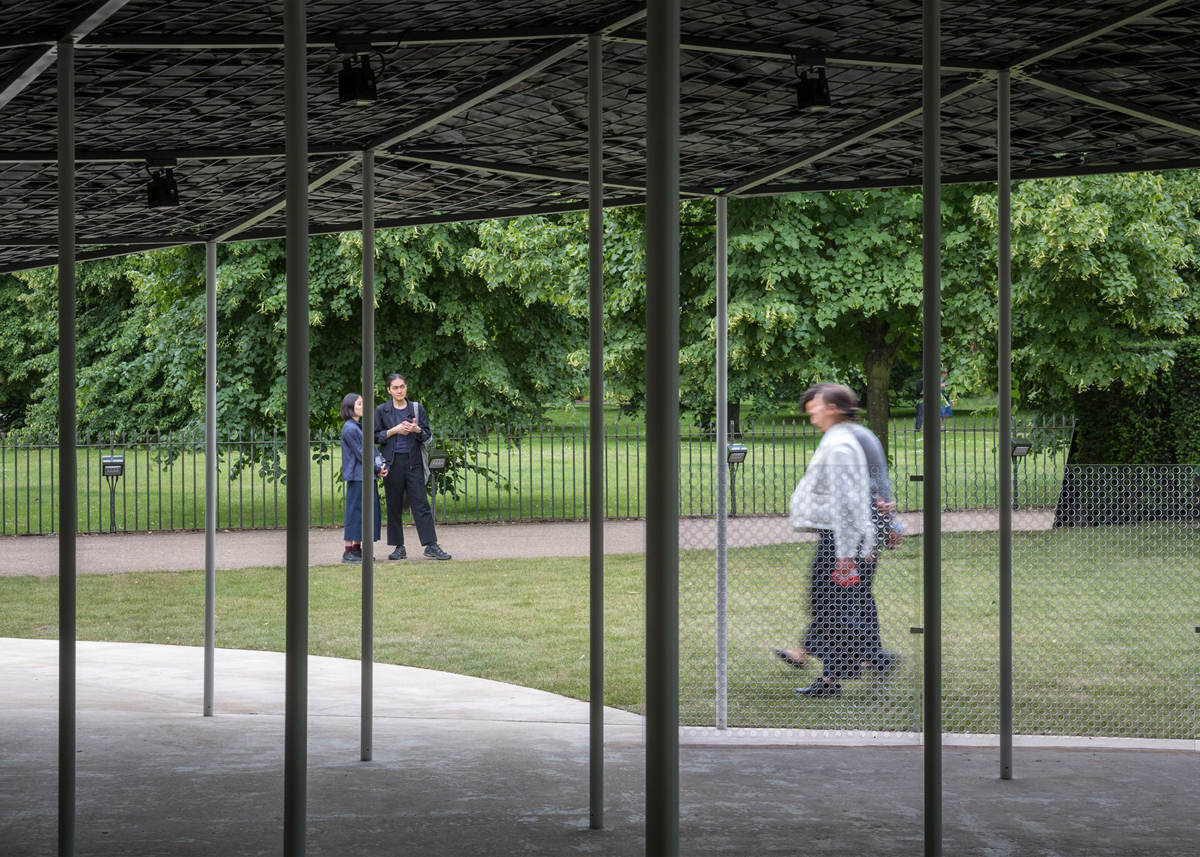 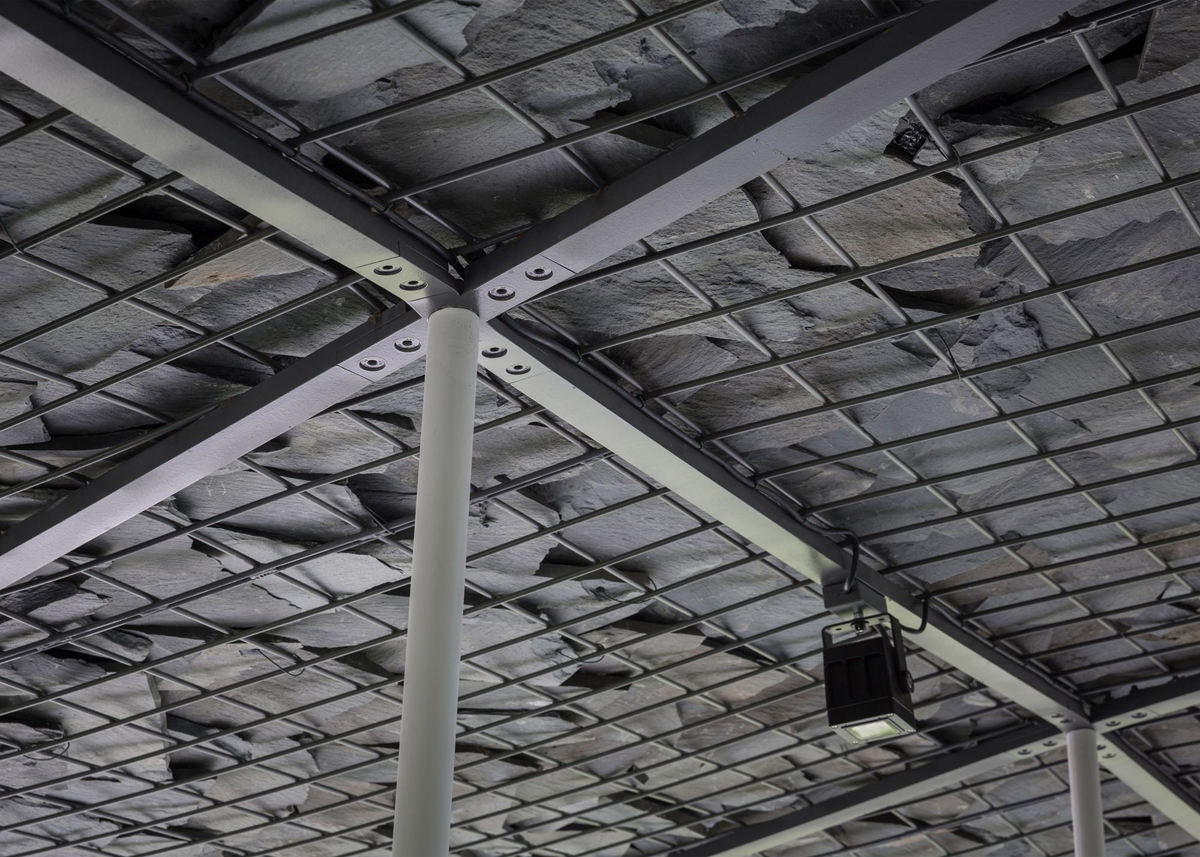 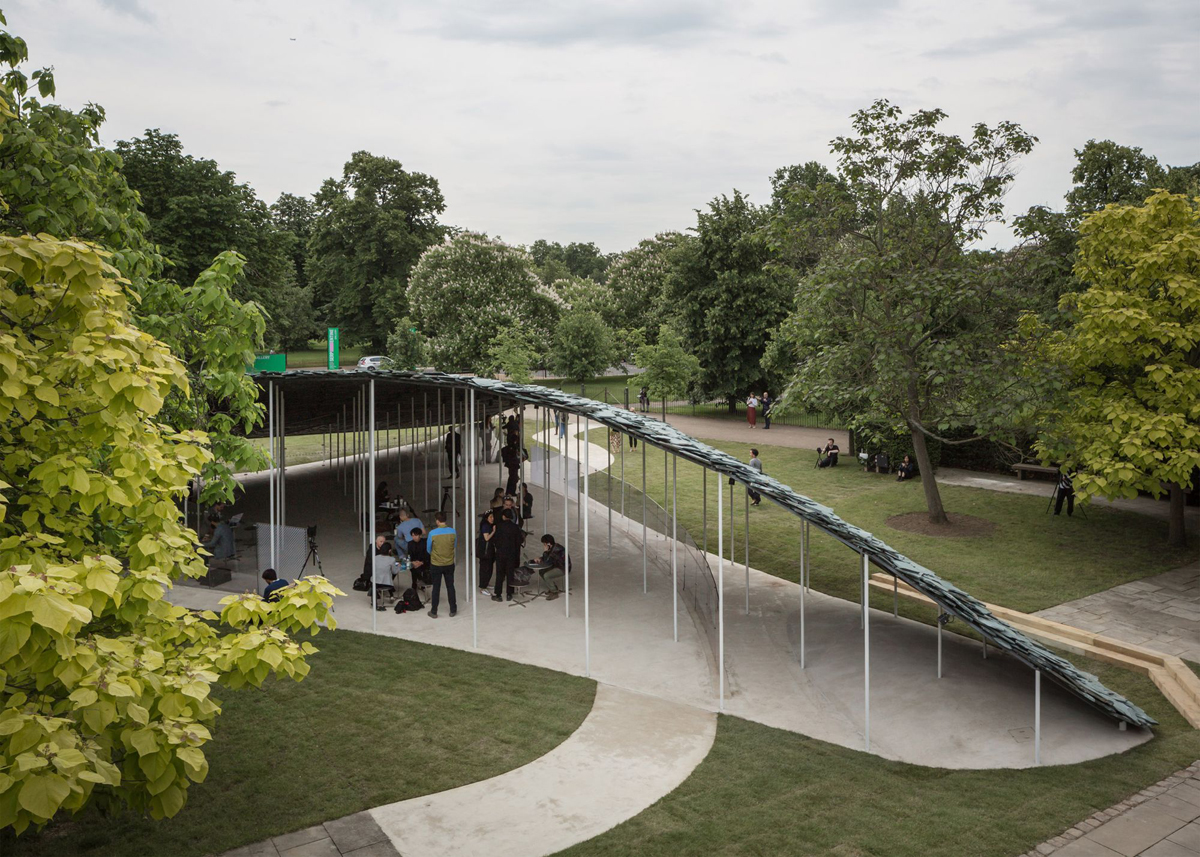 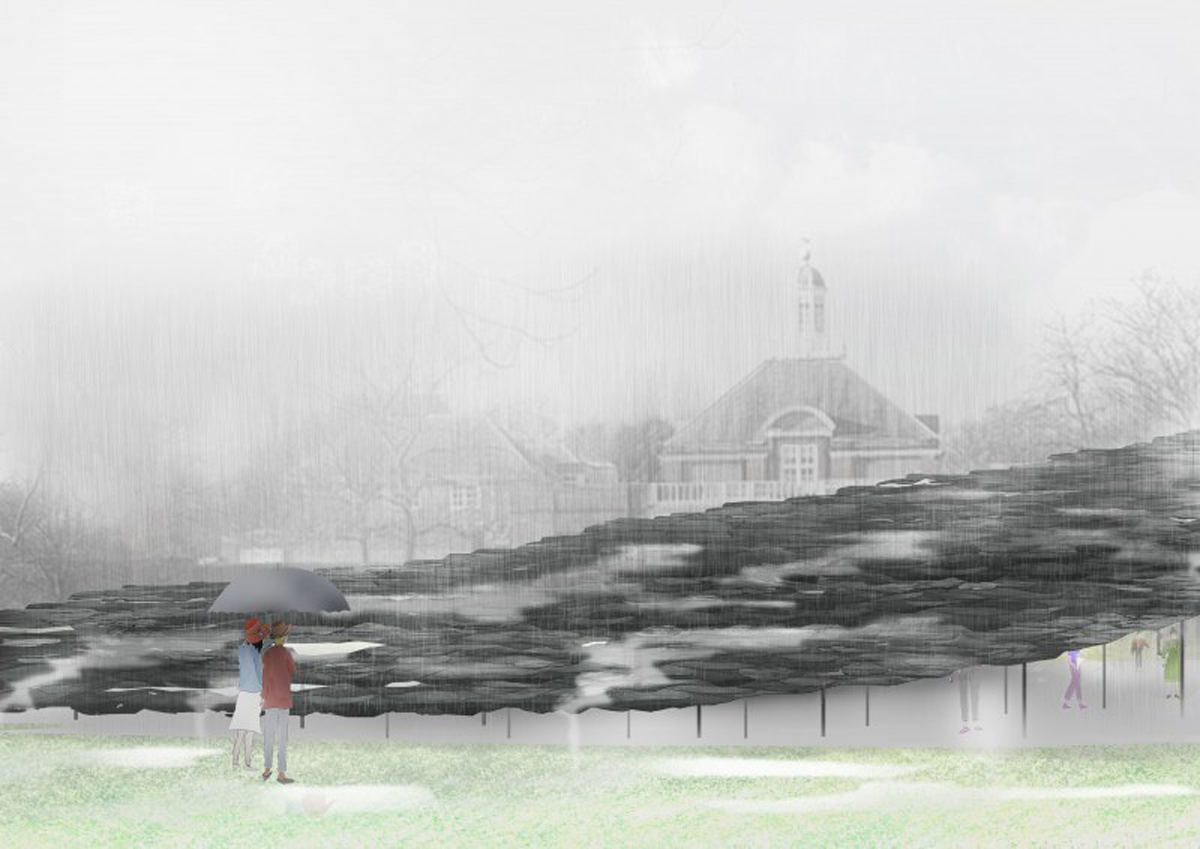 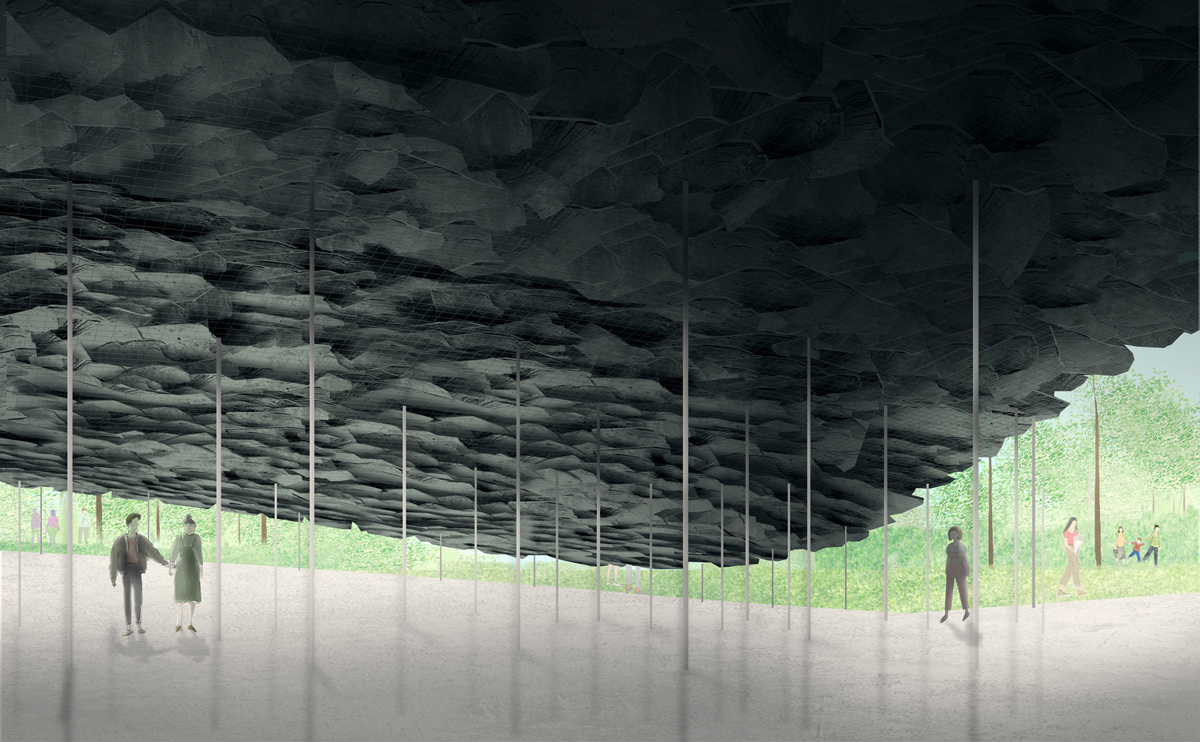