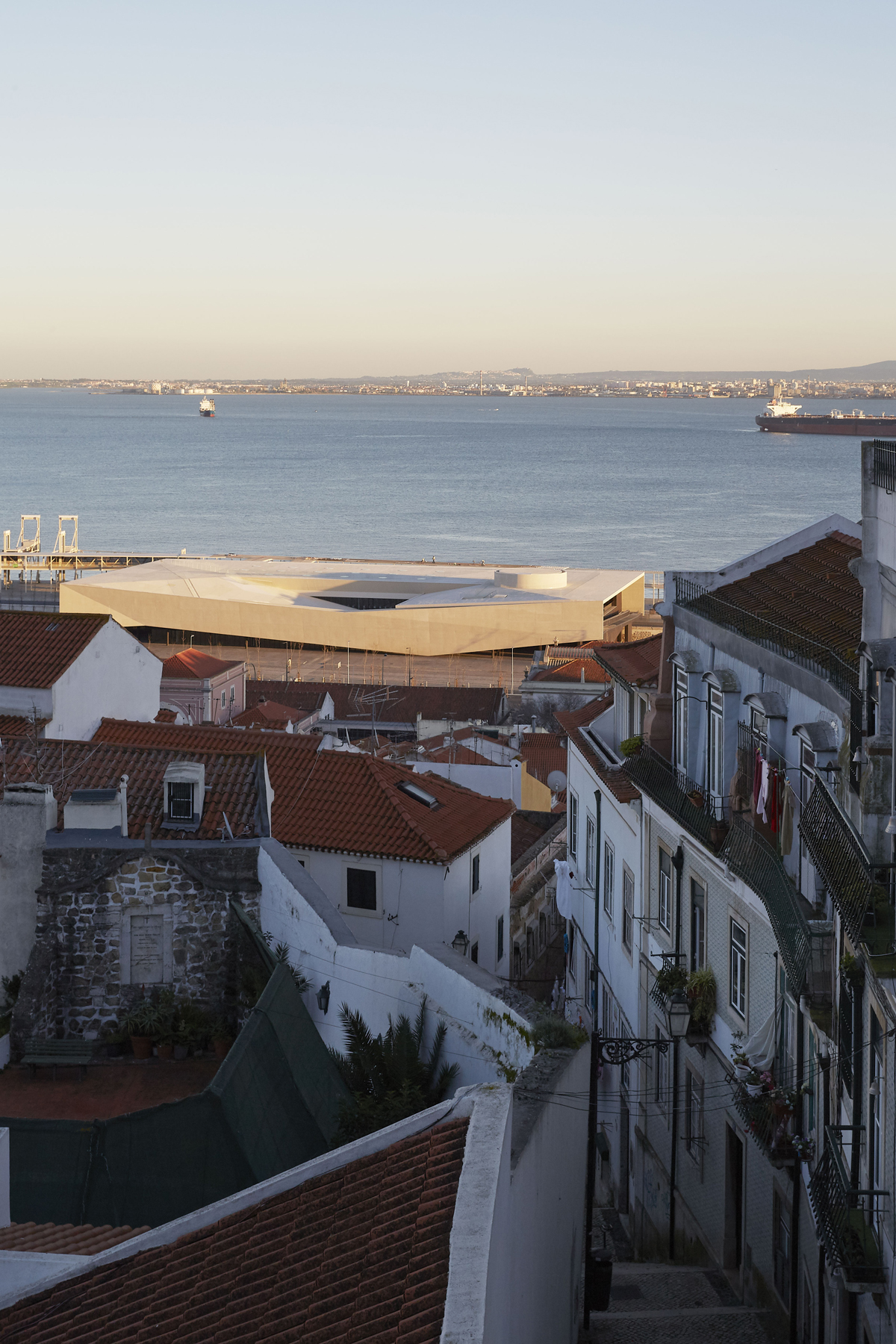 On the Alfama slope, Lisbon is an amphitheatre looking out into the Tagus estuary. At the foot of the hill, on the flats of the early 20th century landfill of the port, the building of the new Cruise Terminal echoes, and returns, the gaze: a small amphitheatre, apparently with its back to the river, looks back at the city.

Compact (the smallest of the buildings presented to the 2010 international competition), it is inserted — with the open-air car park and the tidal tank — between the walls of the landfilled former Jardim do Tabaco dock, seeming no to touch the ground, between the trees of the Park/Boulevard that, along with the building, now inhabit this stretch of the river front. Raised from the ground, it lifts the public space along with itself, transformed into a terrace/viewpoint — abstract topography — between river and city, like a transshipment raft that connects and reveals both.

The programme of the terminal is housed under this shell, raised ground: car park underground (connected to de open-air car park); luggage delivery, processing and claim, at ground level; passengers (check-in, waiting lounge, VIP lounge, duty-free shopping, public access coffee shop) in the upper level; all flexible spaces, as are those of the Park/Boulevard, that allow for the future evolution of the terminal, as for events of other nature to take place outside the hours, and seasons, of its use as a maritime station.

This sort of exoskeleton, that encircles the areas assigned to the terminal’s programme, is built of structural withe concrete with cork — a solution specifically developed to lighten the building’s weight, limited by the preexisting foundations, stemming from a concept by Carrilho da Graça originally for experimentadesign, the Lisbon design biennale —, with a particular haptic quality, and that lightens up with the sunlight reflected on the estuary, the famous ‘ light of Lisbon’.

Virtually blind on the river side — from where the building appears as a discreet stony socle of the city — and creasing, on the city side, just enough to reveal its access points, the building mediates the visual relations between its users and the river and city: in a building that is used almost always in motion — along the gangway, in the loggias that give access to the ships or from these to descend directly into the city, walking on the rooftop, on the tangential approaches to the main façade — the gaze wanders, cinematic. 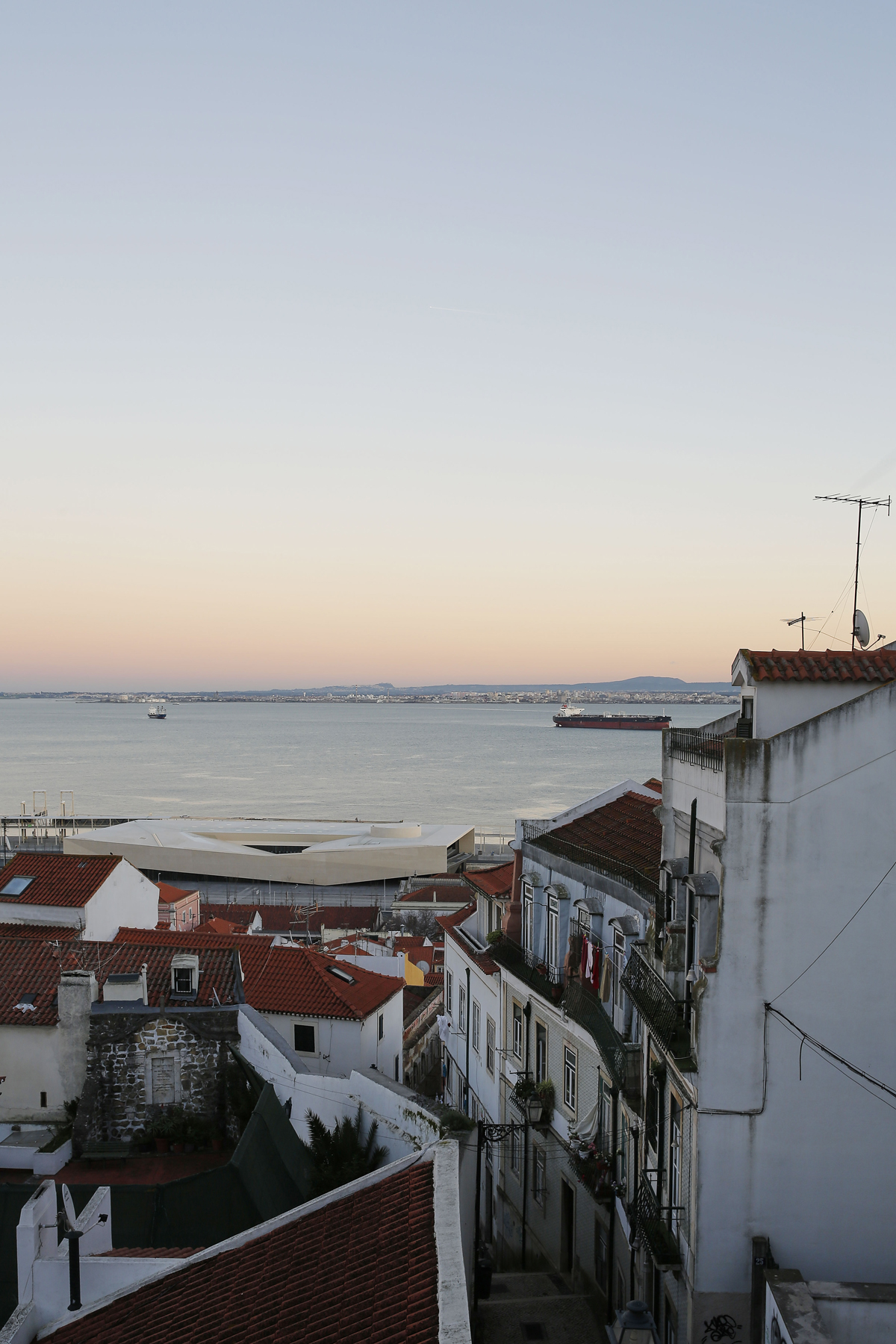 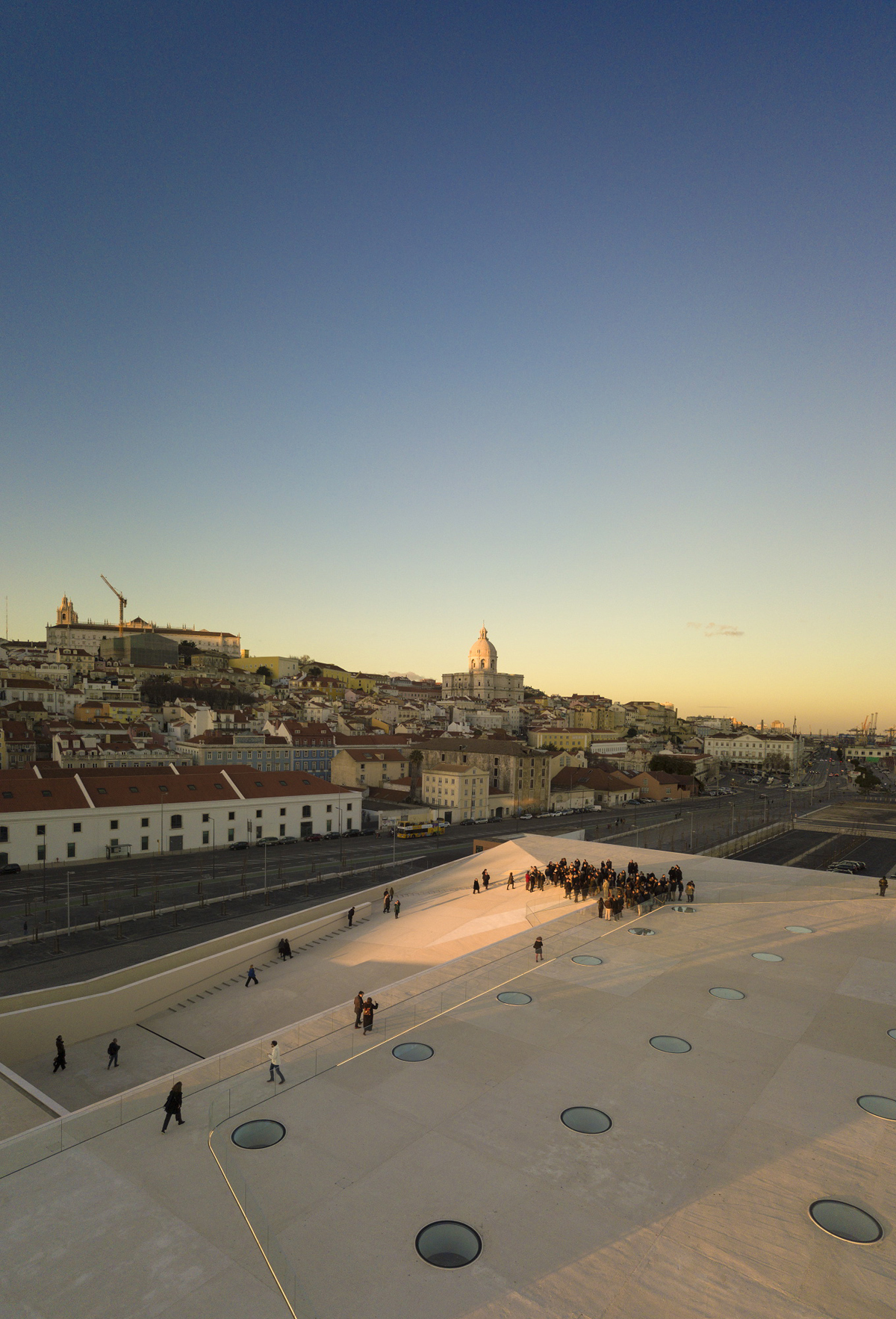 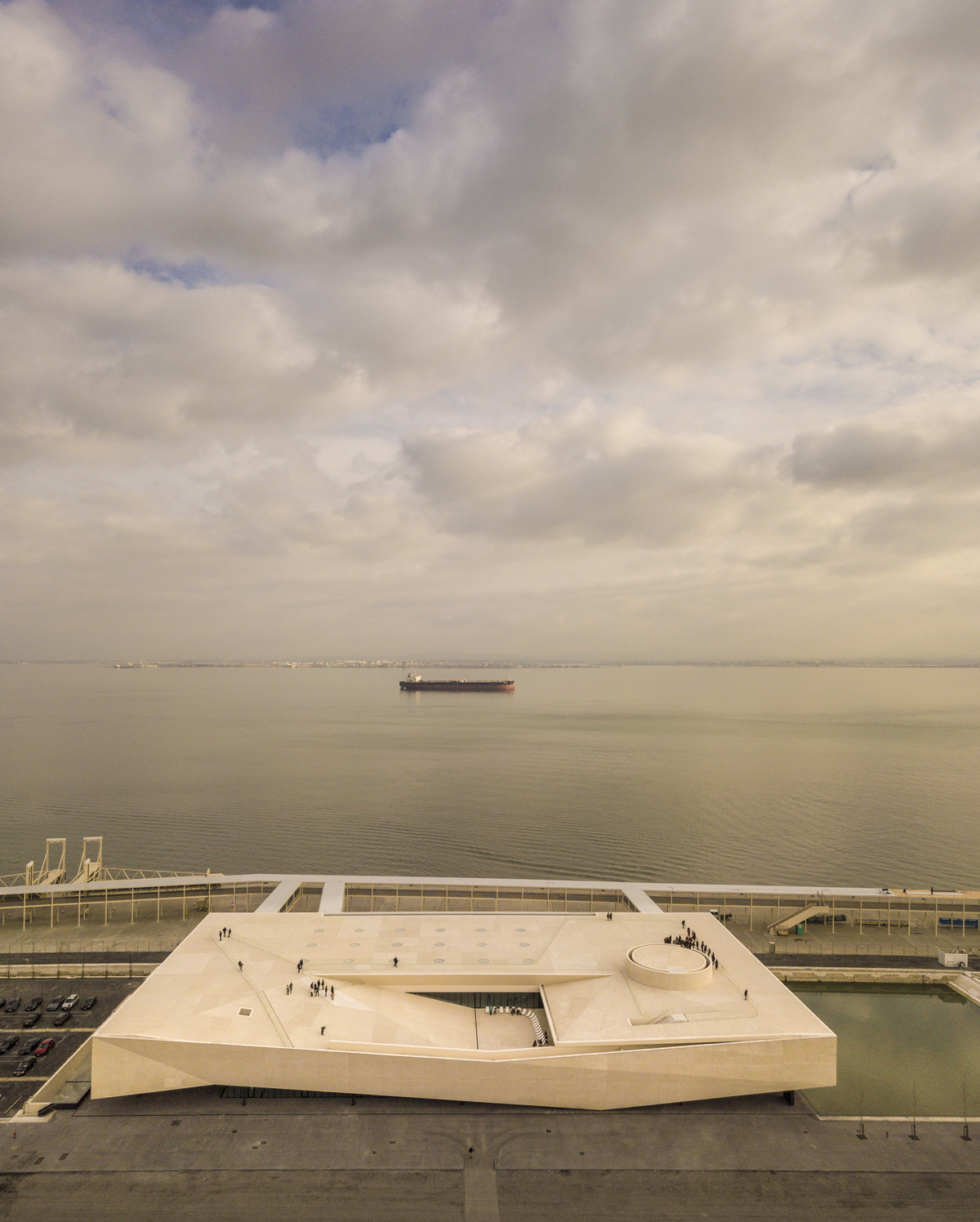 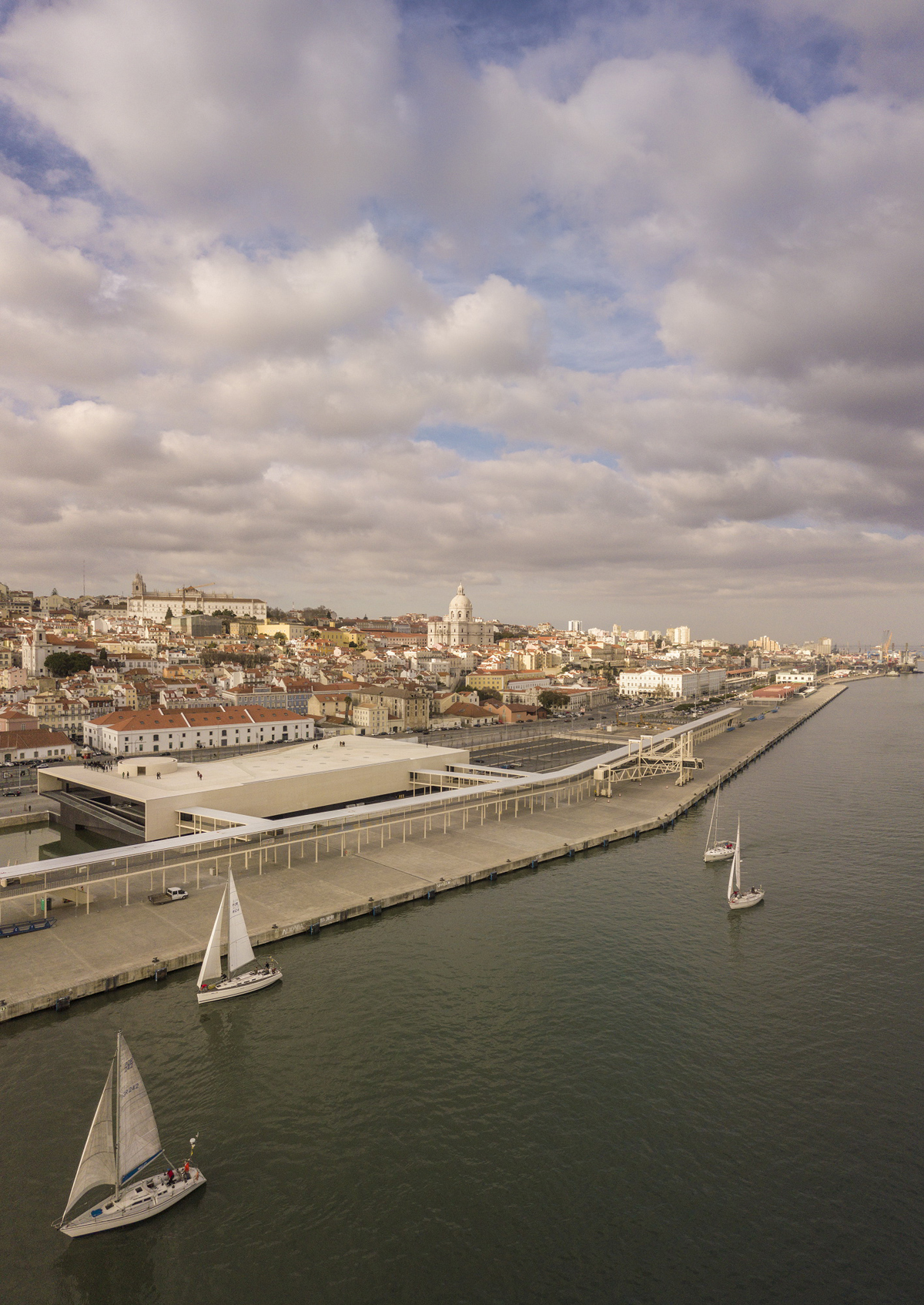 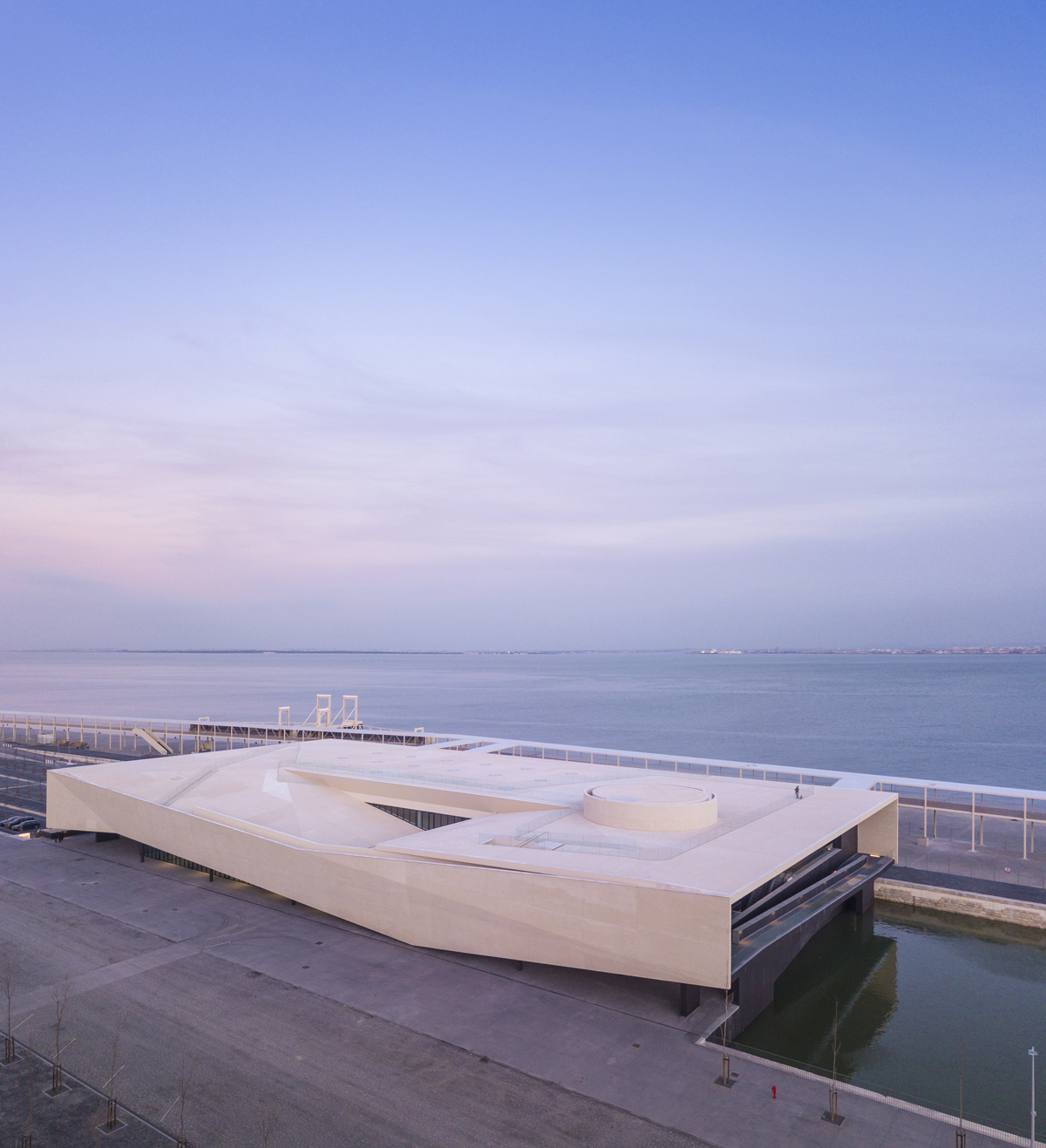 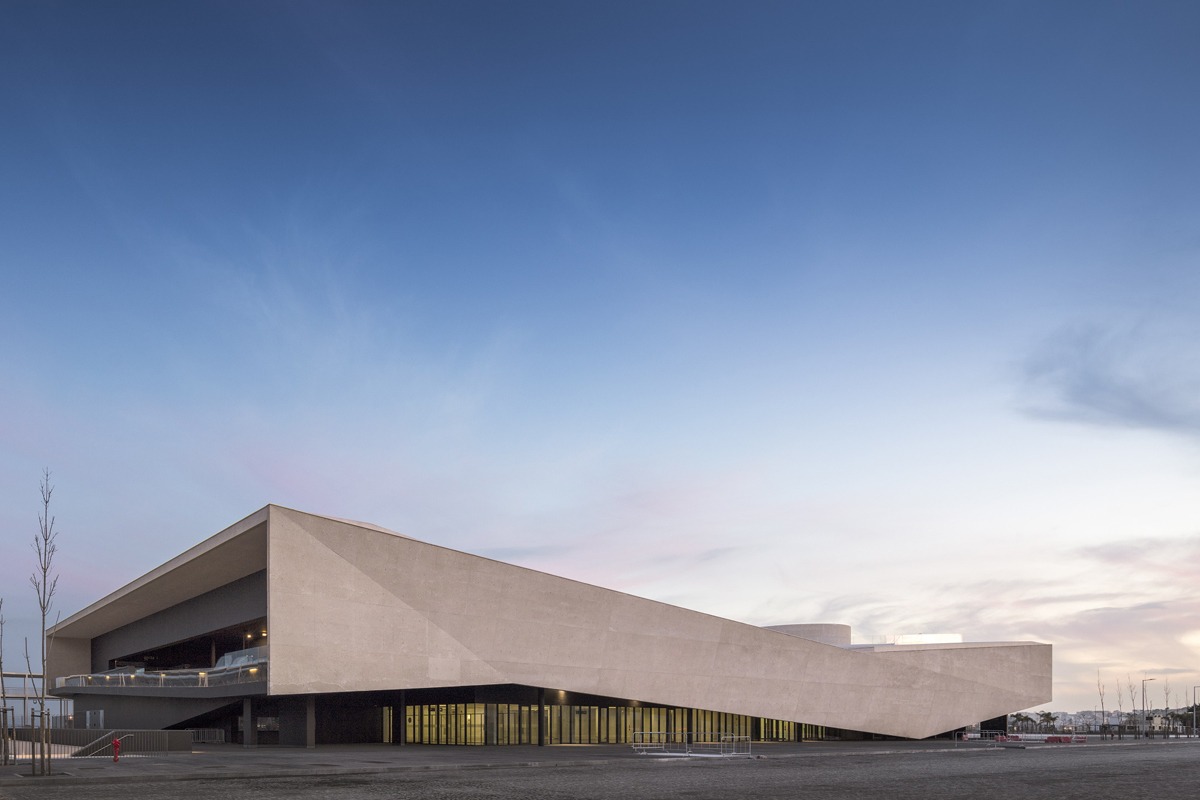 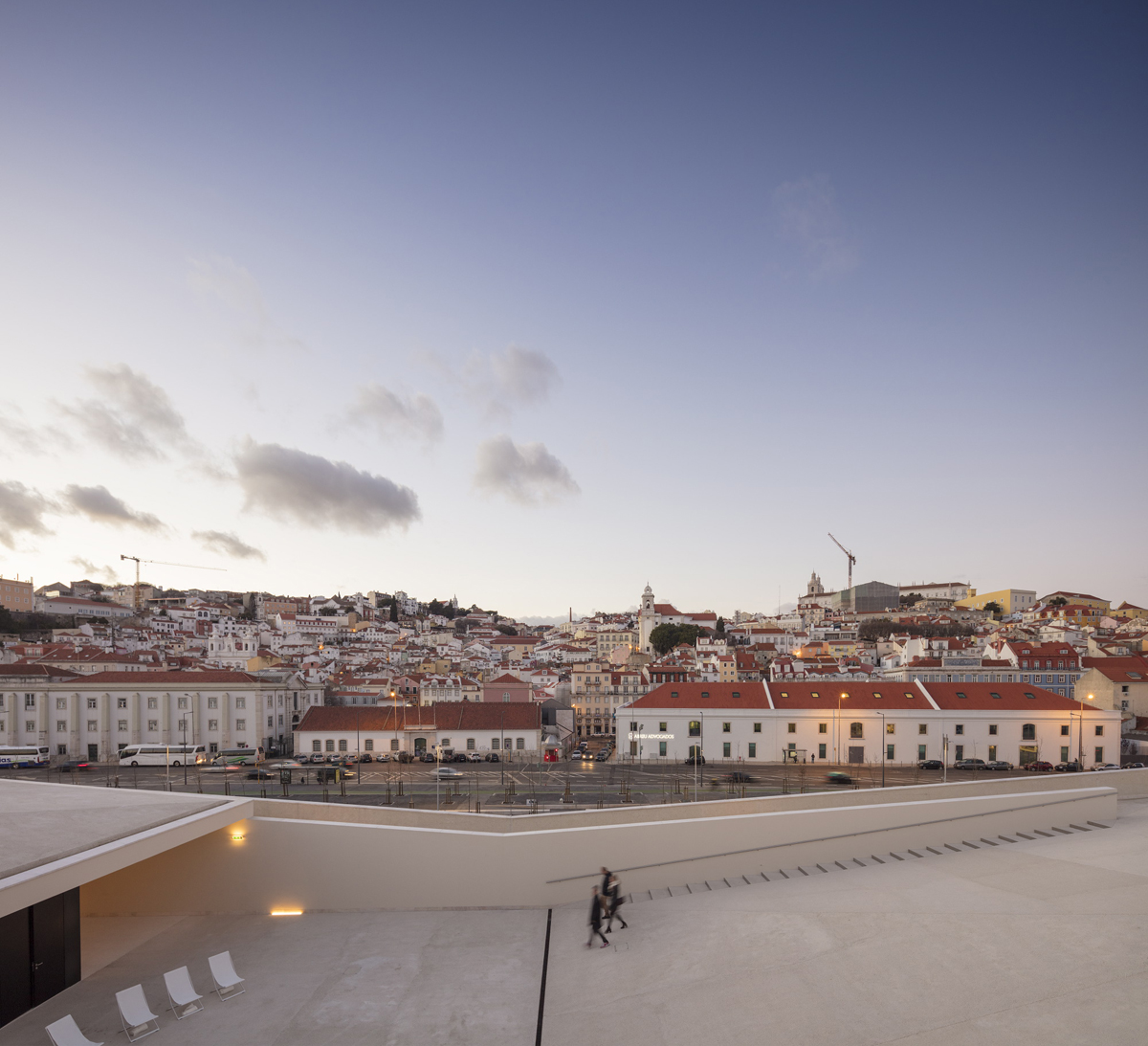 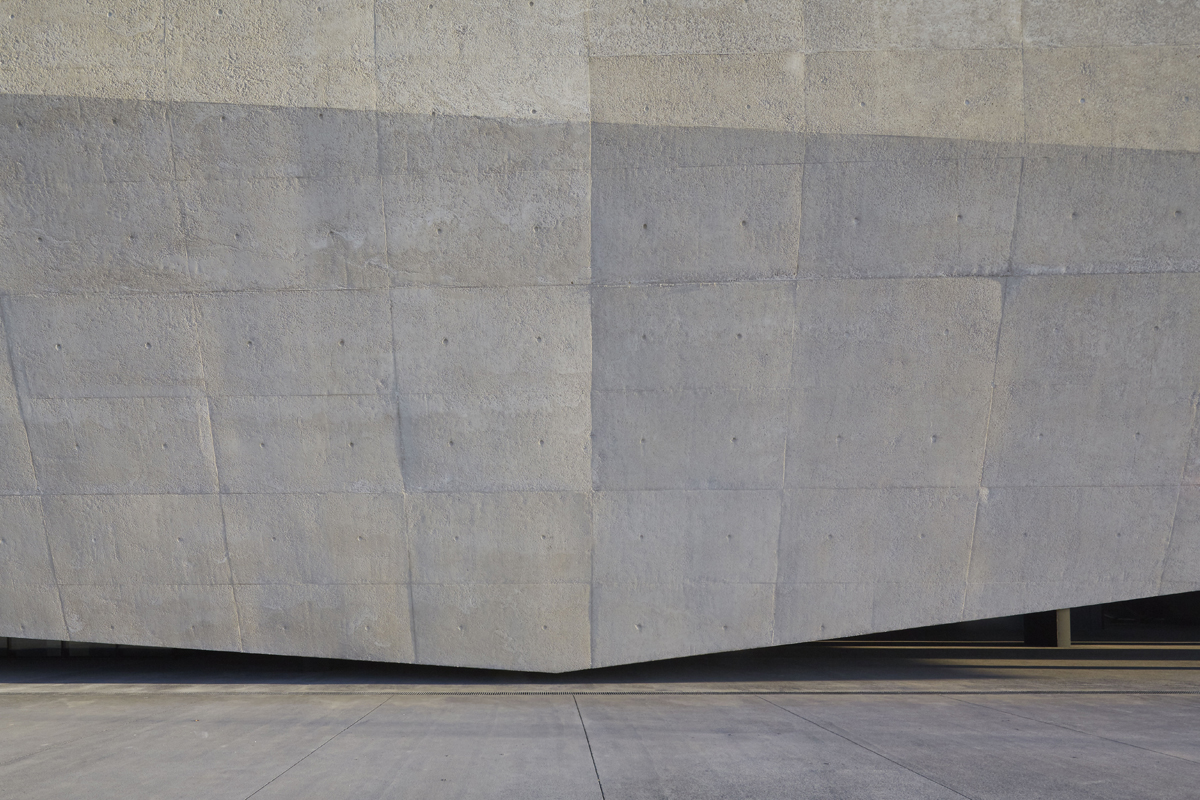 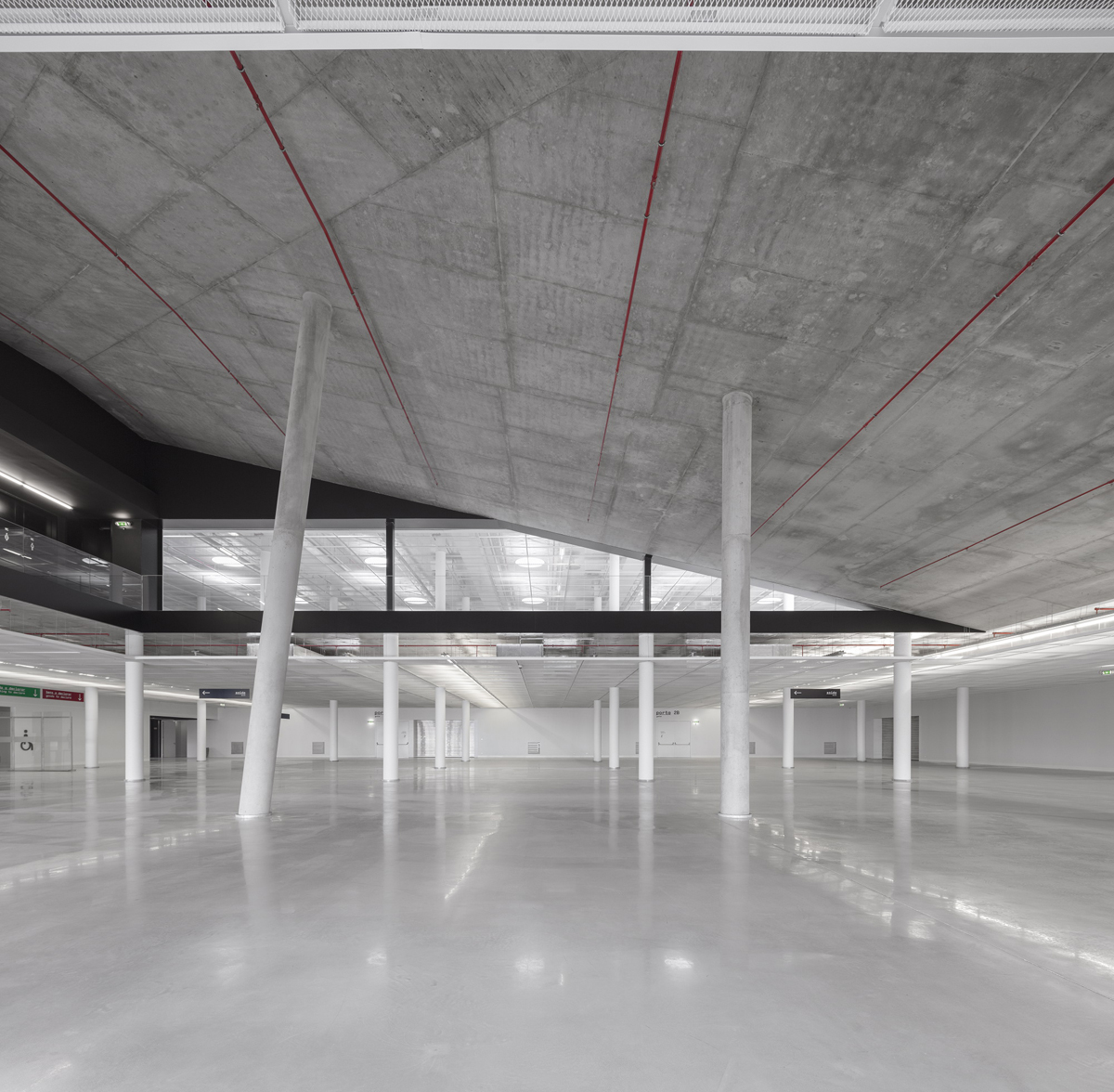 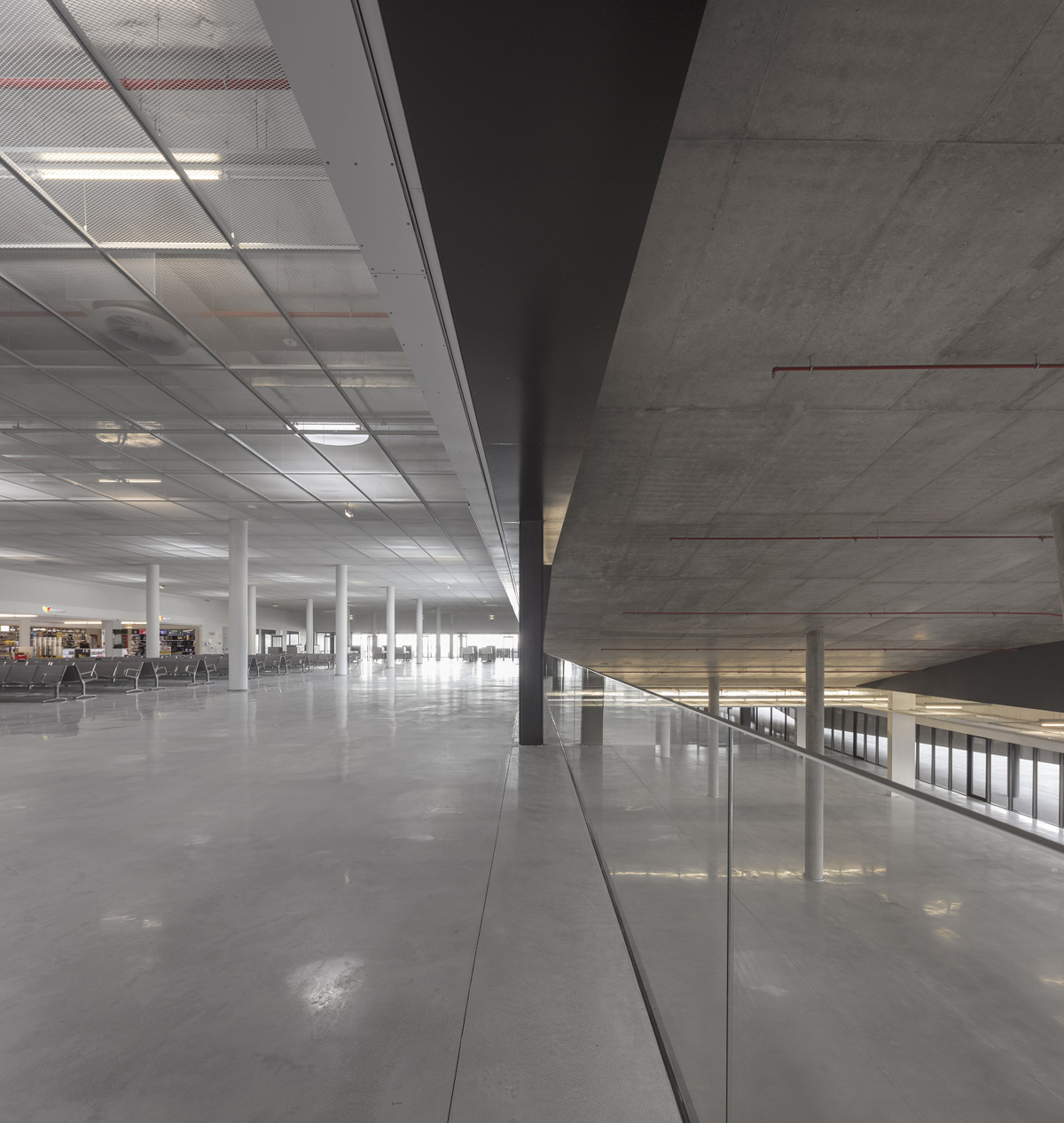 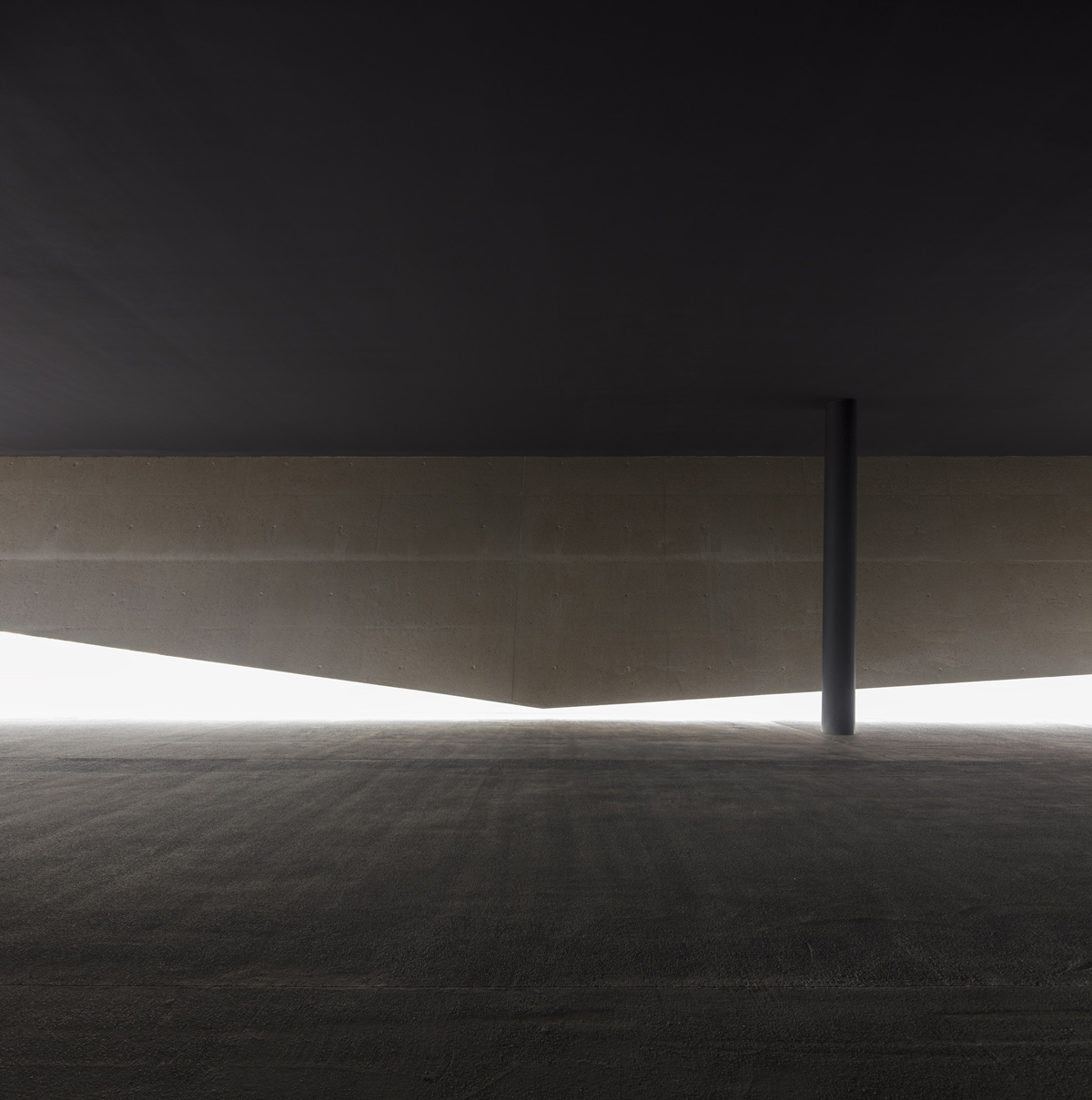 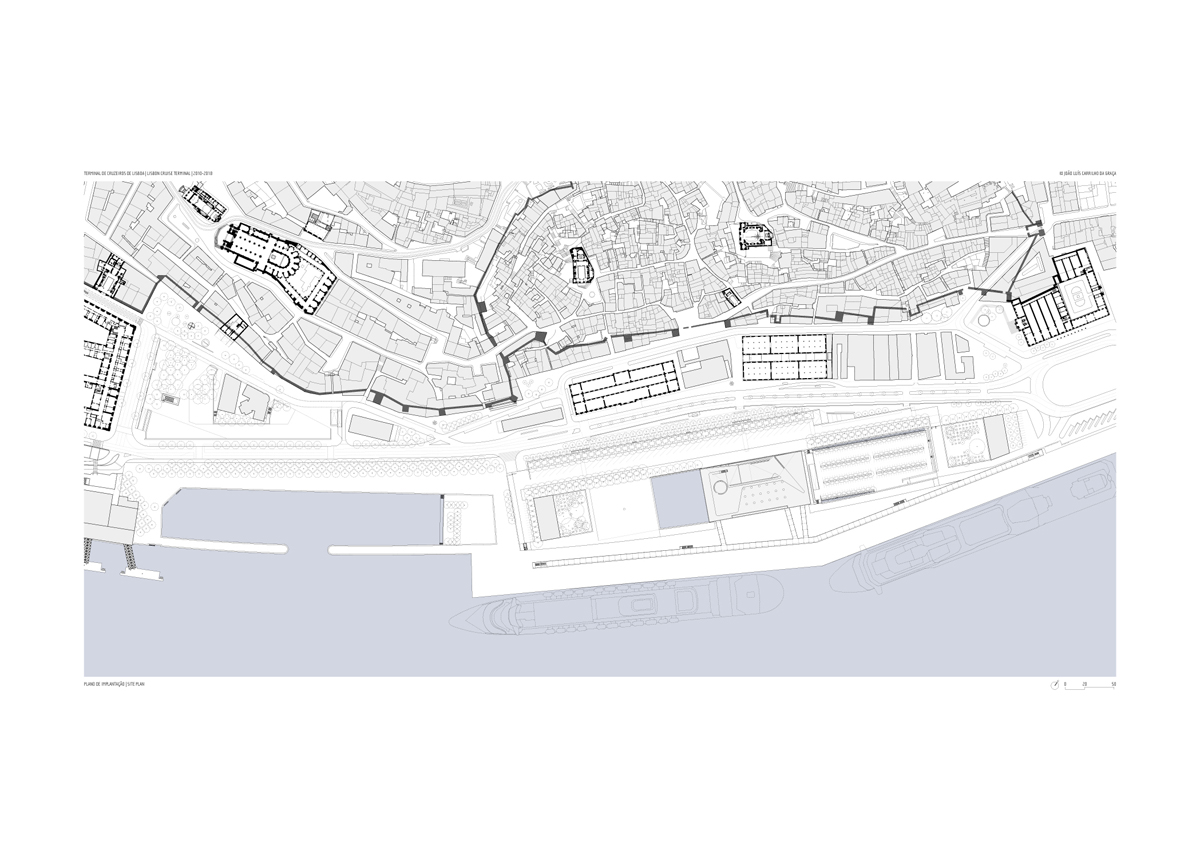 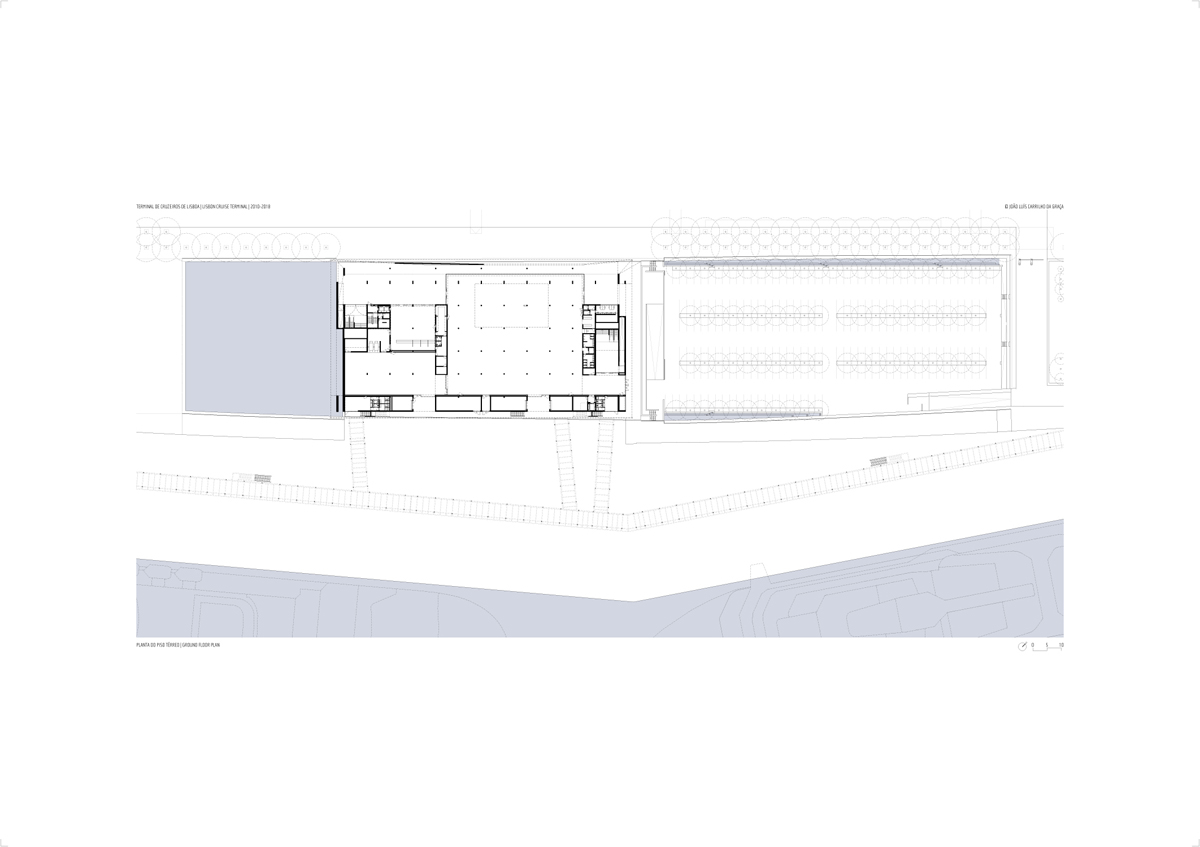 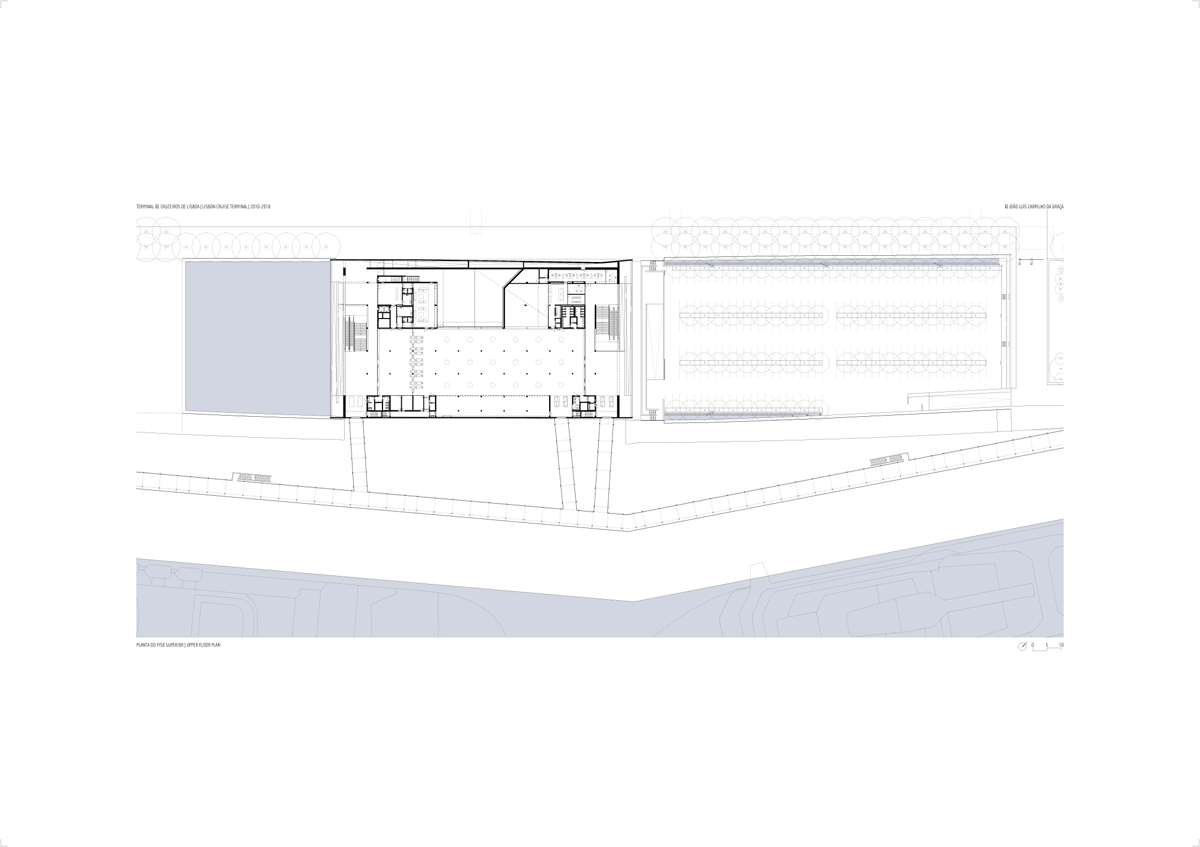 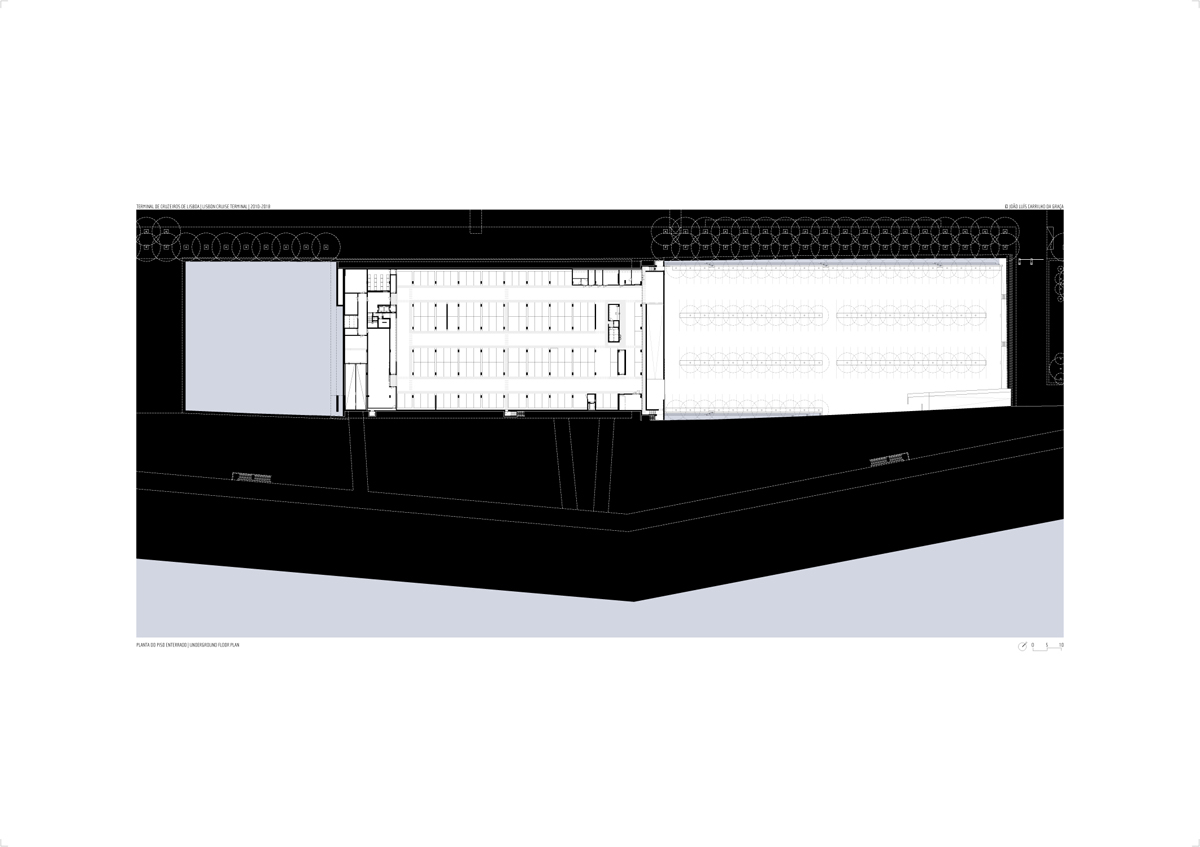 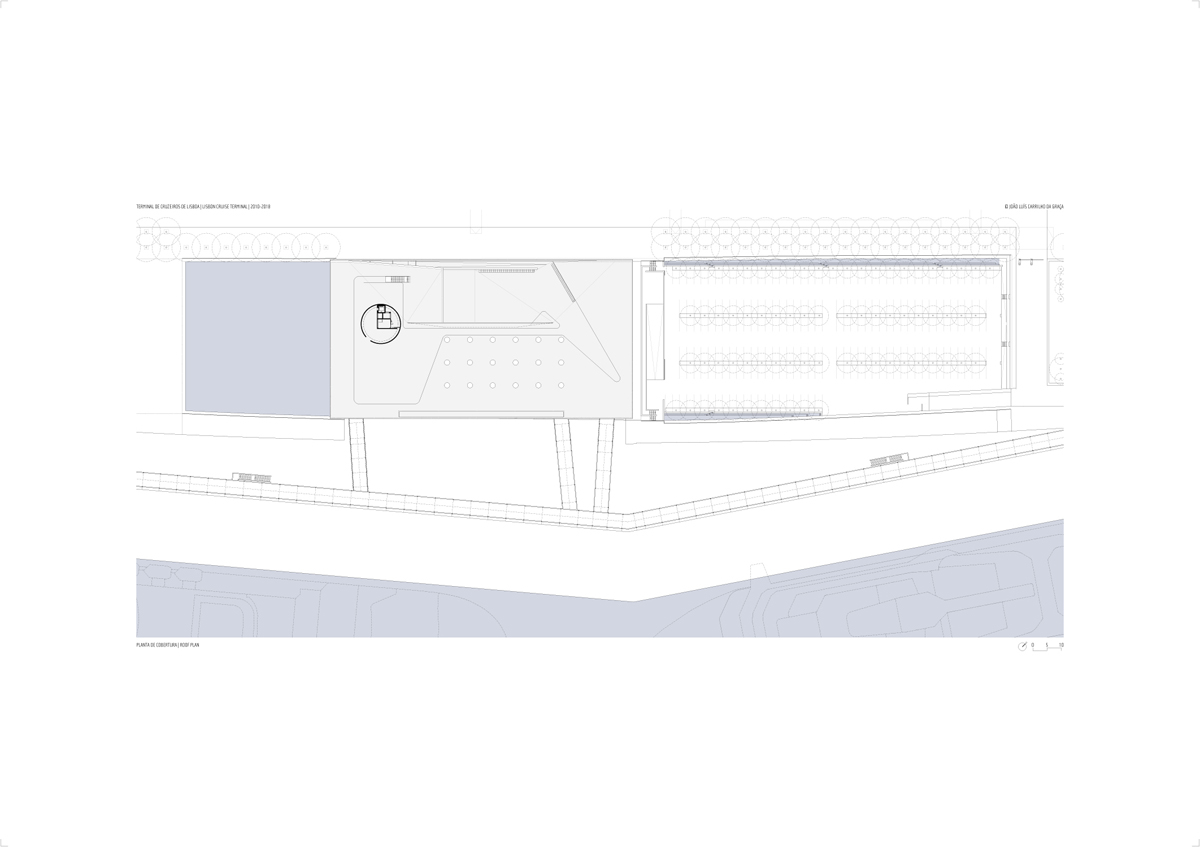 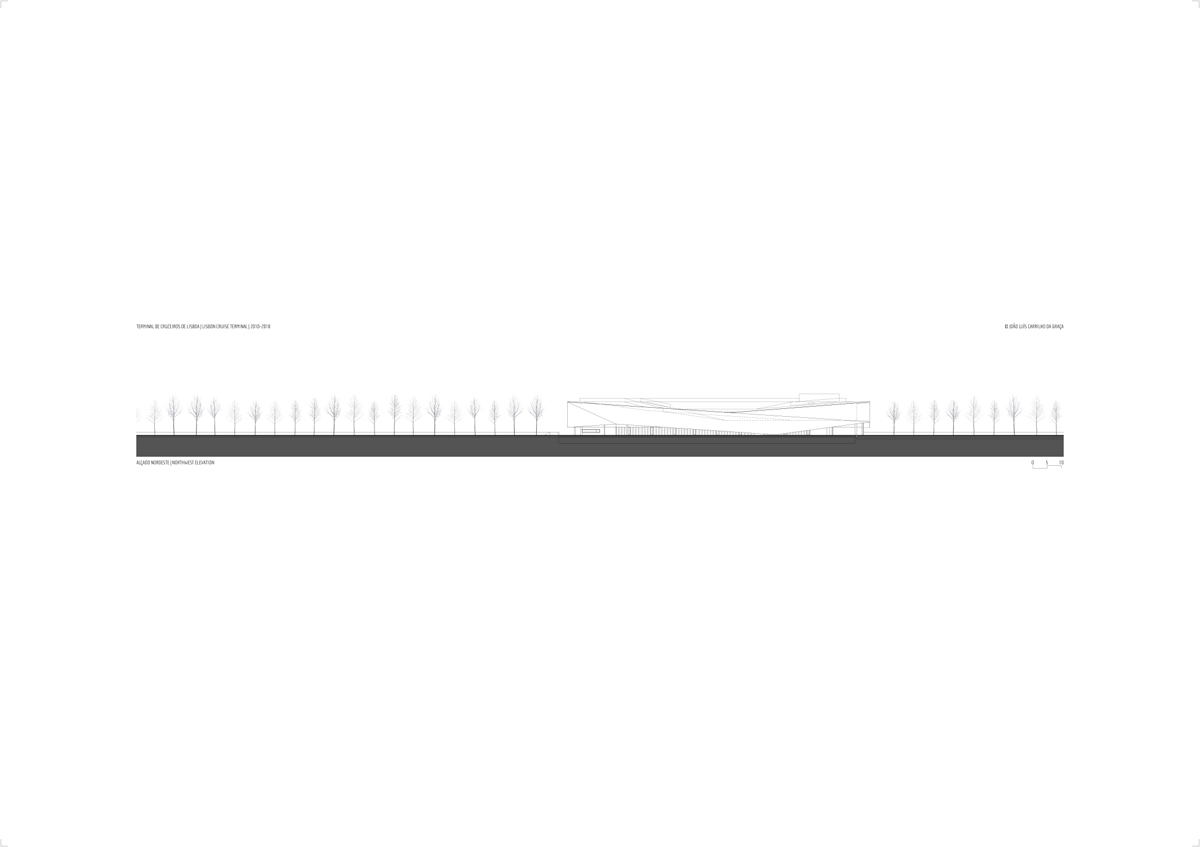 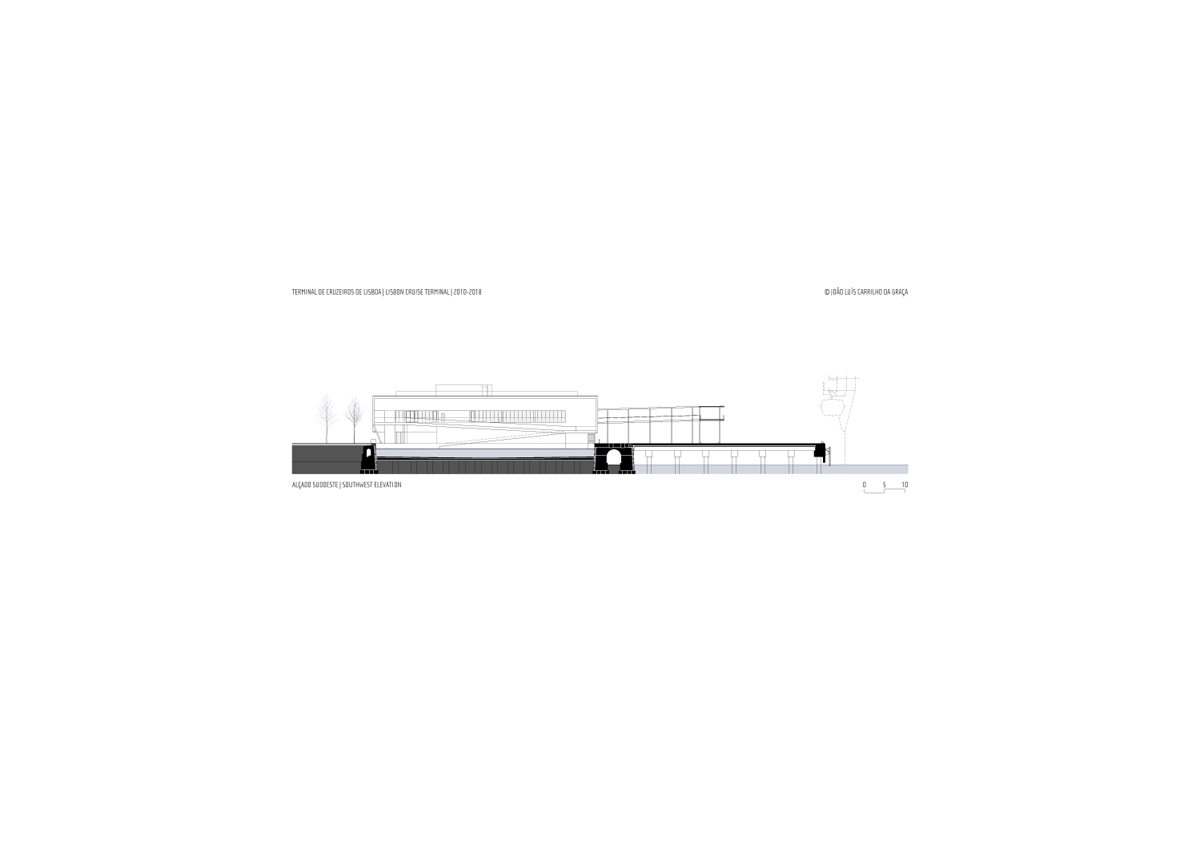 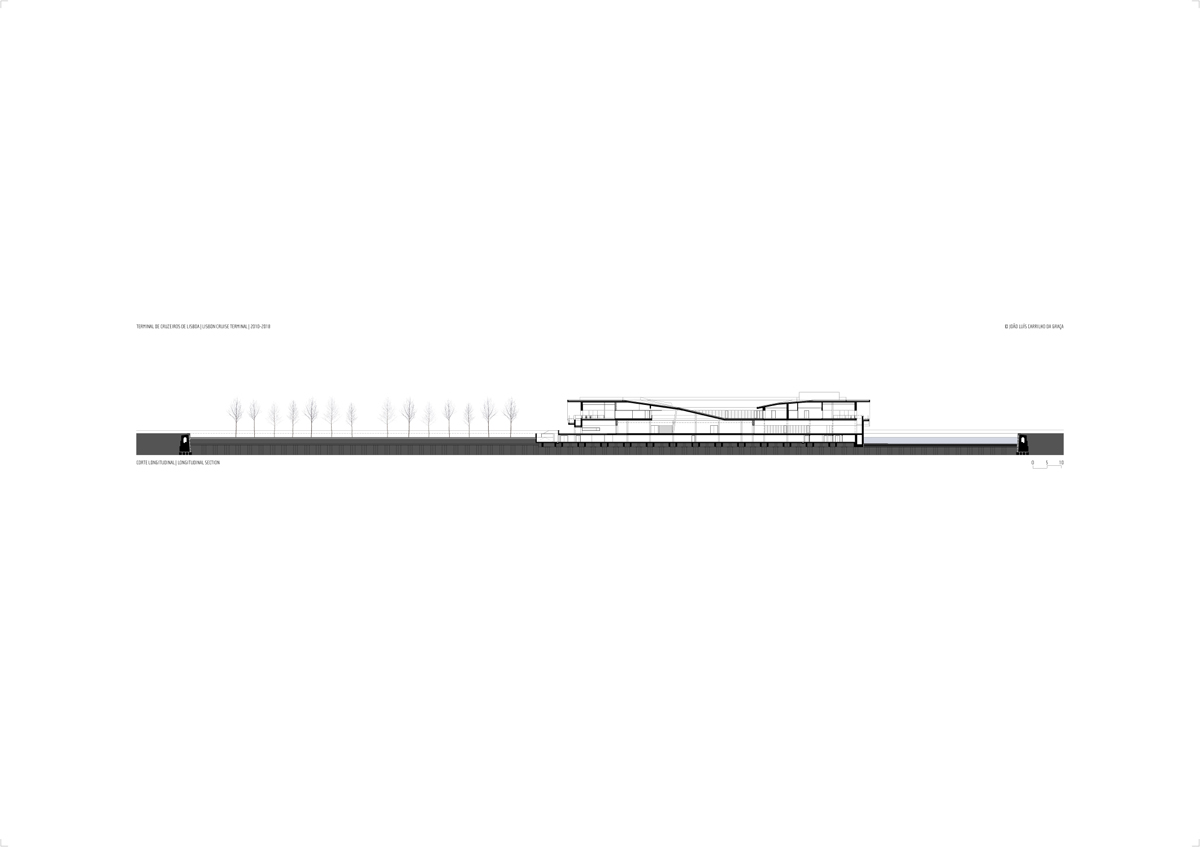 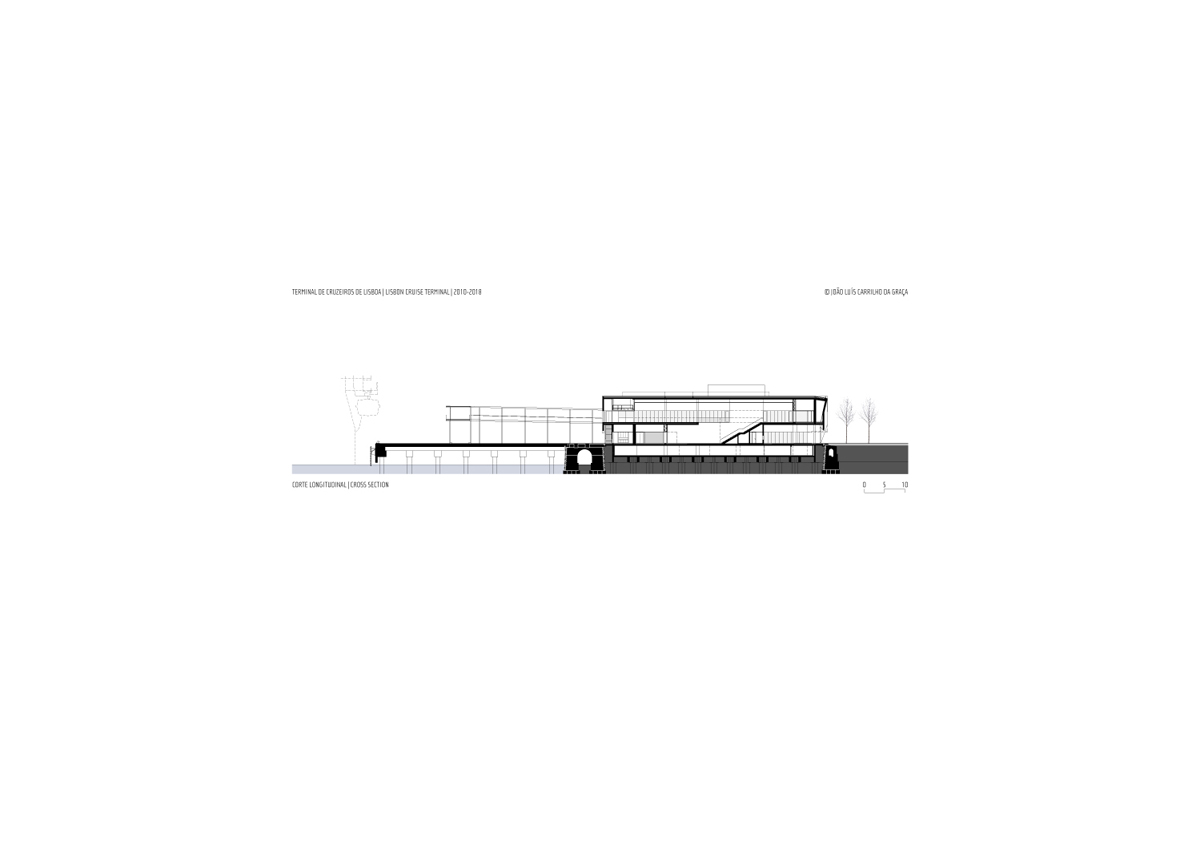