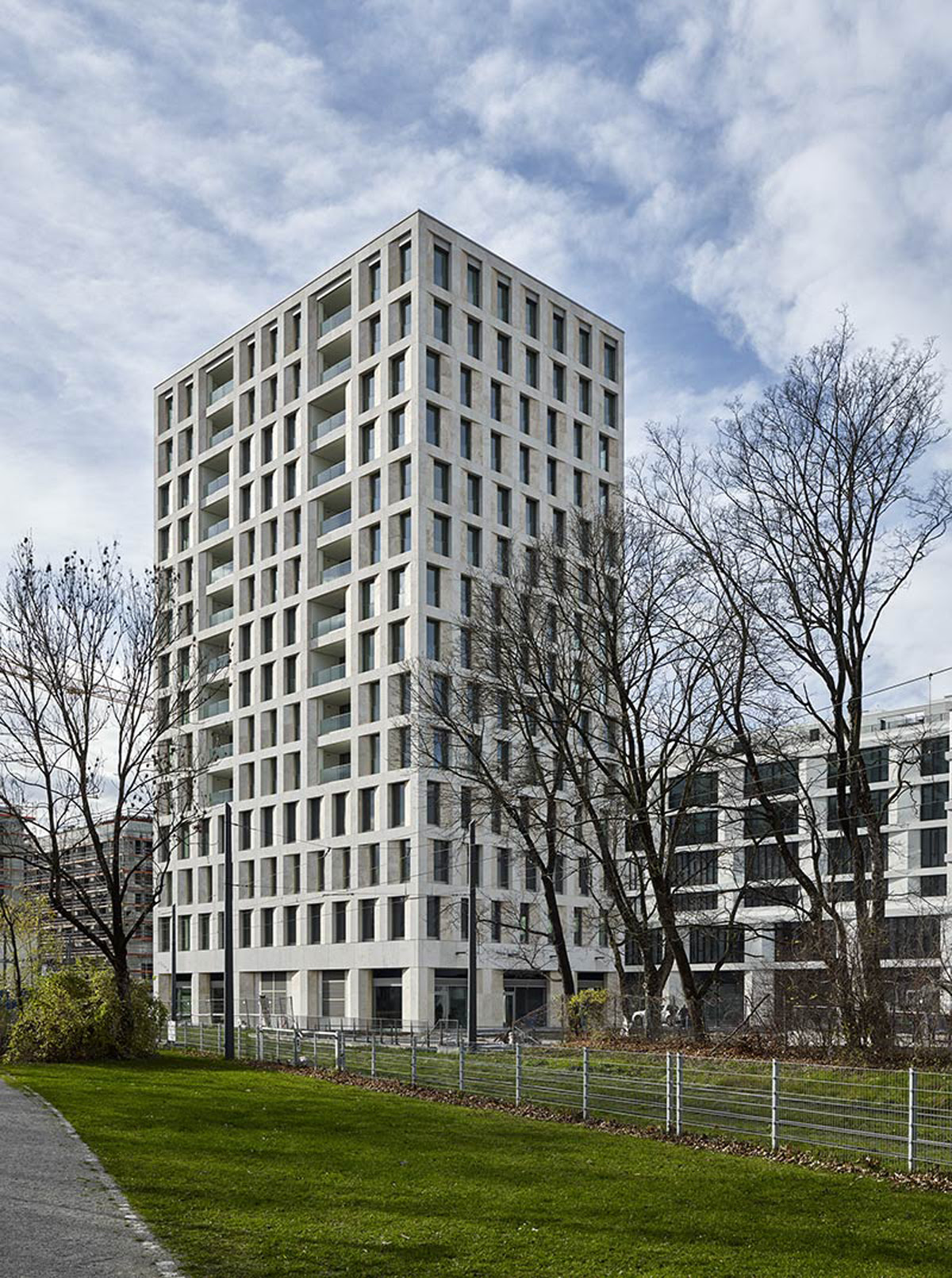 Along the sophisticated Leopoldstraße to the north of the Münchner Freiheit square, the new Schwabinger Tor city district links the urban space between the centre and the north of Munich. Working within the master plan drawn up by 03 Architekten, the architectural team developed four large-scale town houses for this site. The high-rise N10, the first to be completed, forms the starting point for the new district; at the same time it also functions as the highlight in the northern part of the district and as a remarkable landmark in the cityscape. The tower’s calm, almost archaic air is rooted in the reduced architectural means deployed, which focuses attention on the relief effects created by the natural stone facade. Thanks to a design configuration that conceals the window frames, the only visible materials are glass and stone, which create large-format components that compose the building’s surfaces. The ground floor accommodates gastronomy-related uses, the first three storeys contain offices, and from the fourth floor flats with loggias extend to the top floor, where generously proportioned penthouse flats are situated.

Complemented by three further residential and commercial buildings (S10, S20 and S30) in the southern portion of the site, an ensemble emerges that exudes both a stabilising and energising effect for this new district. 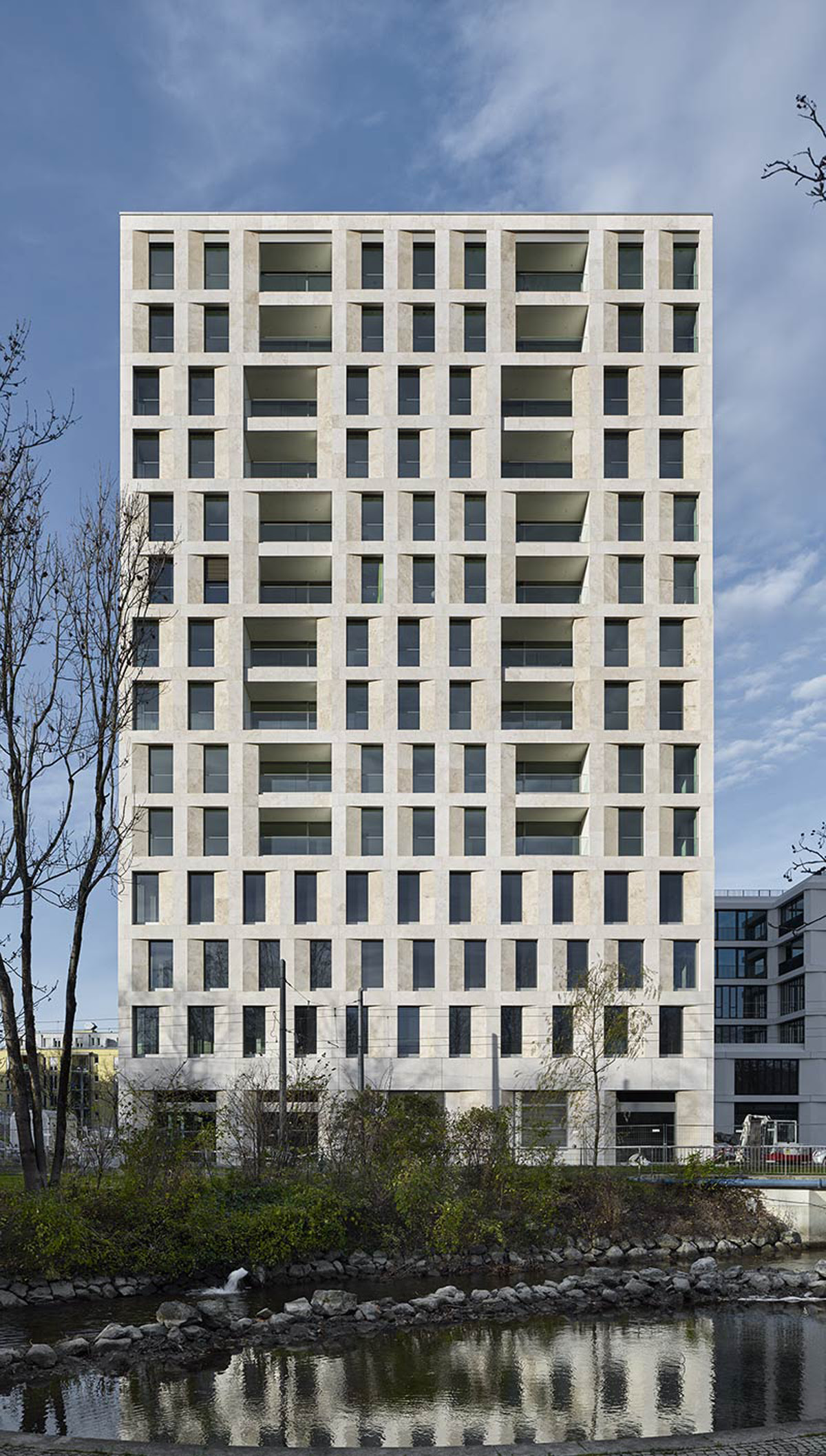 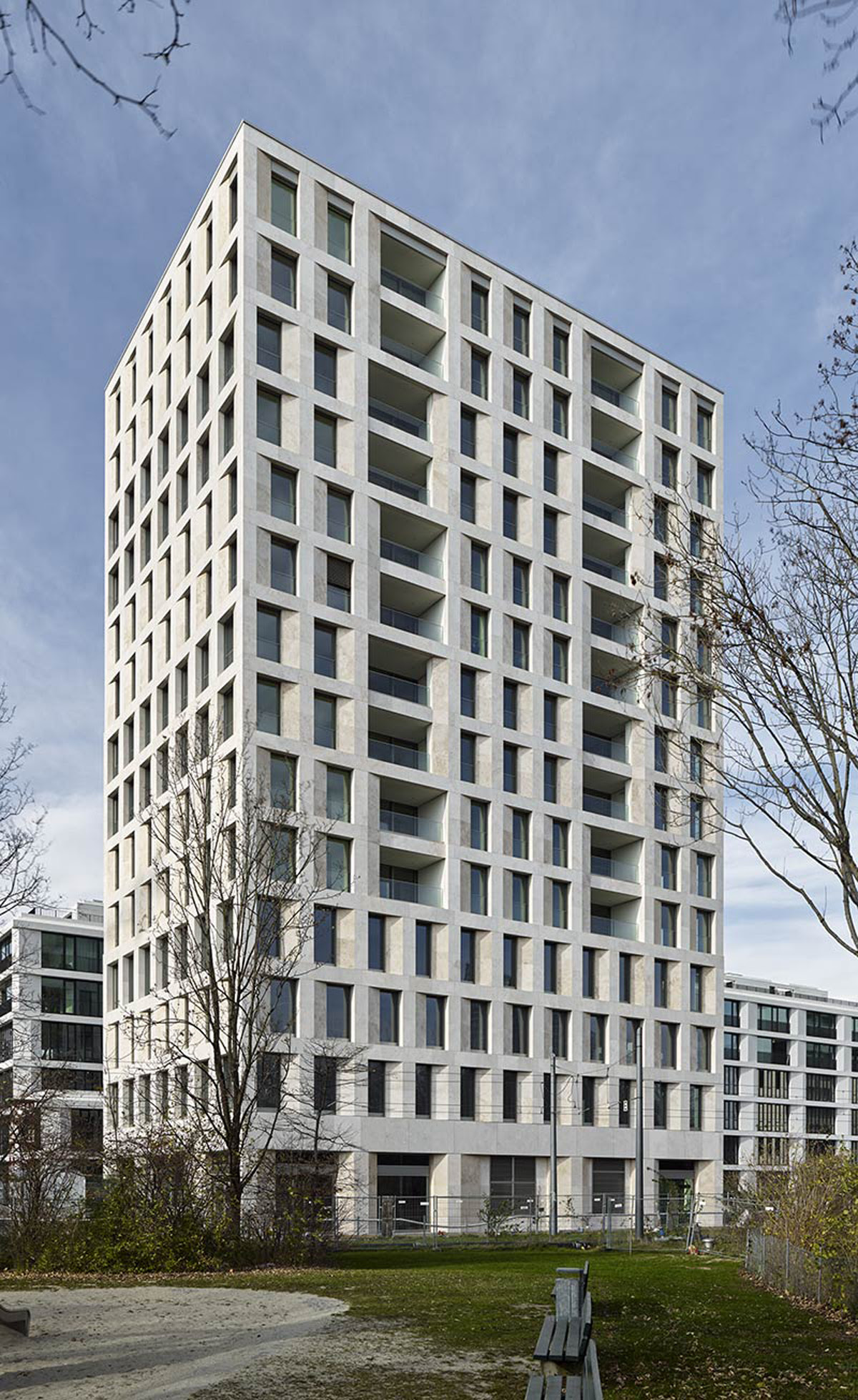 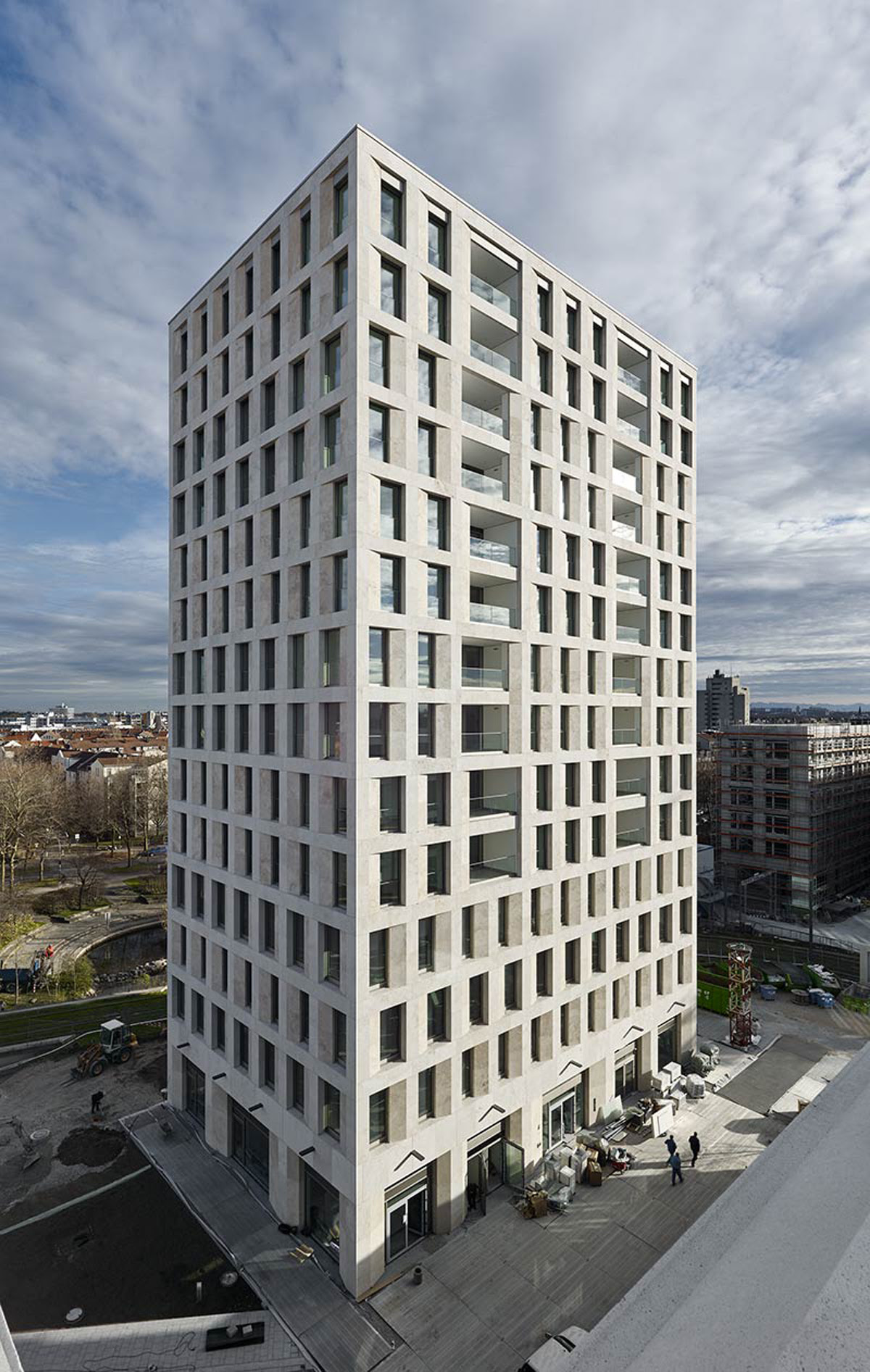 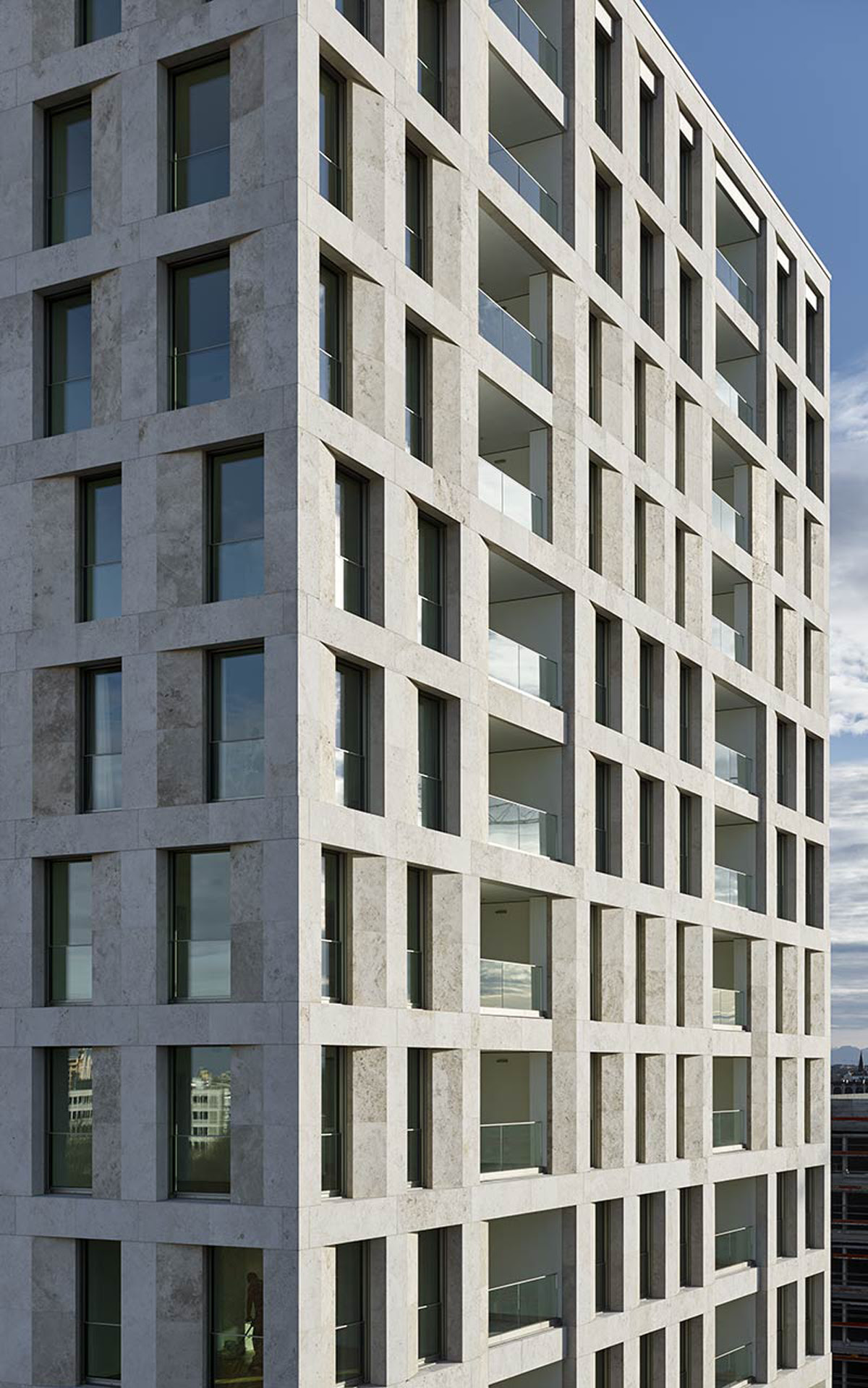 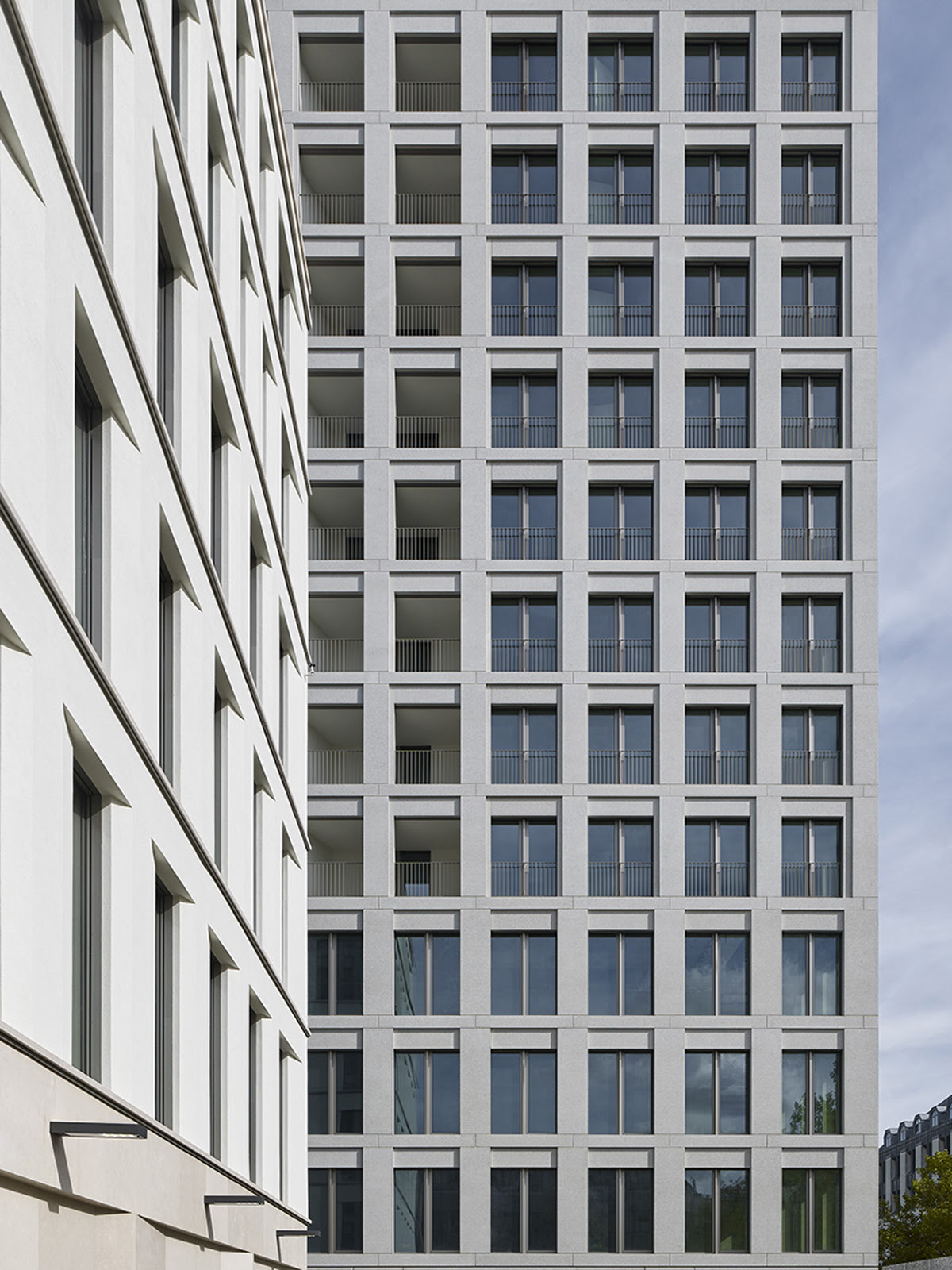 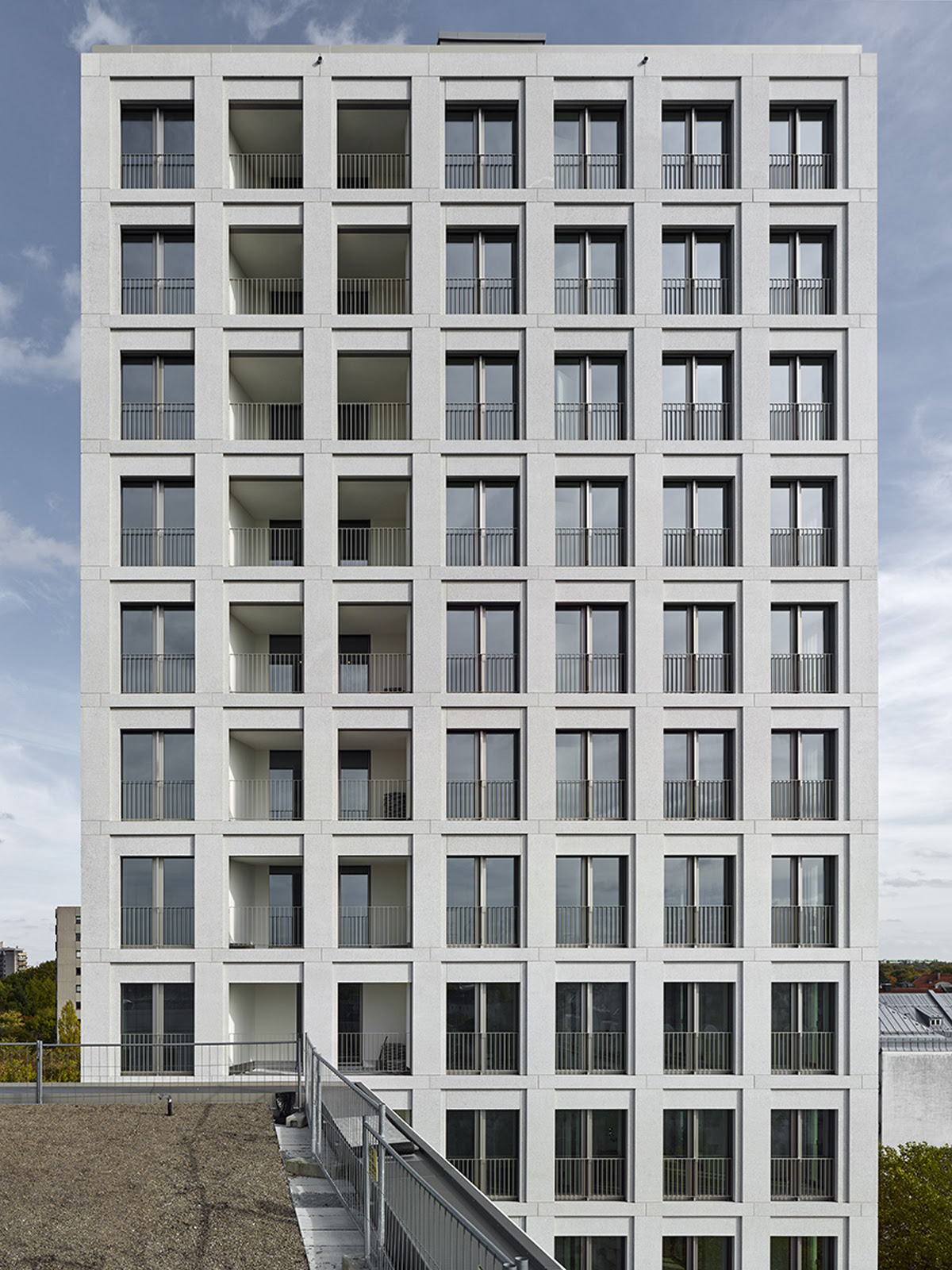 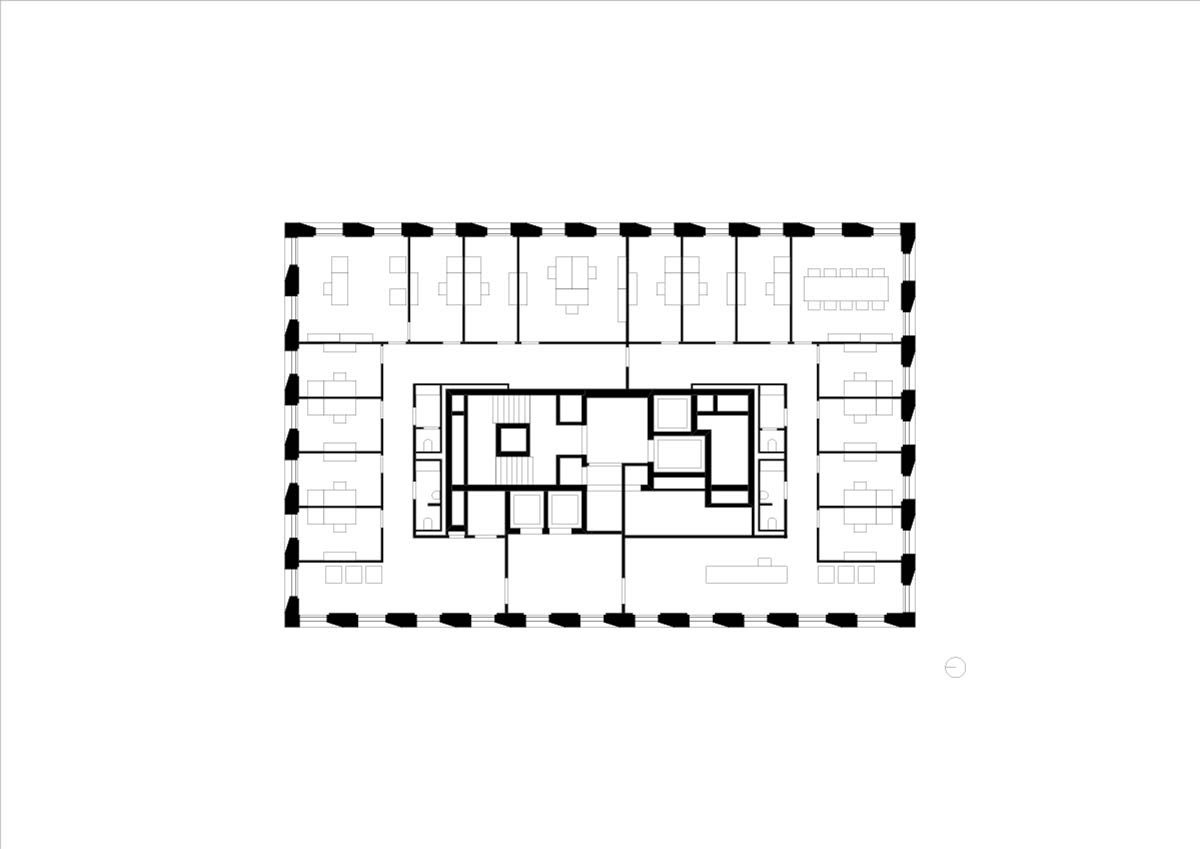 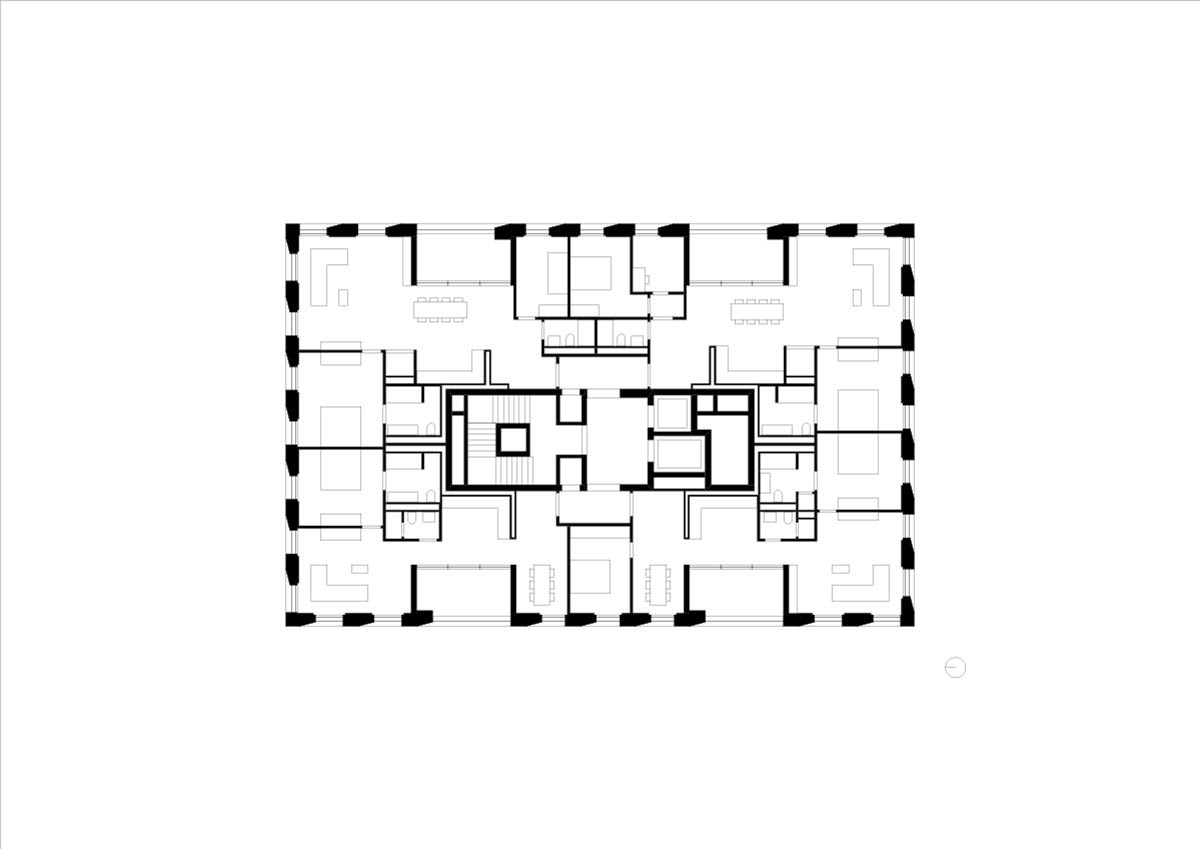 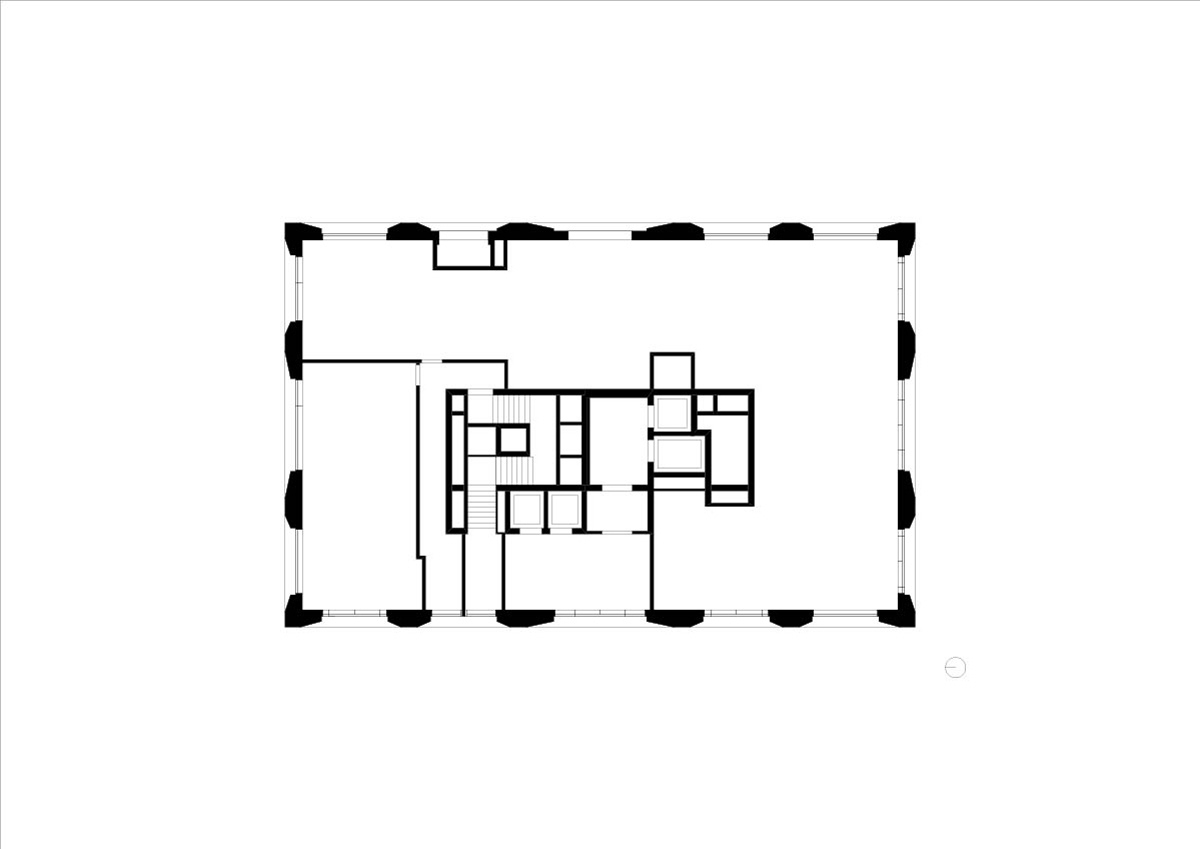 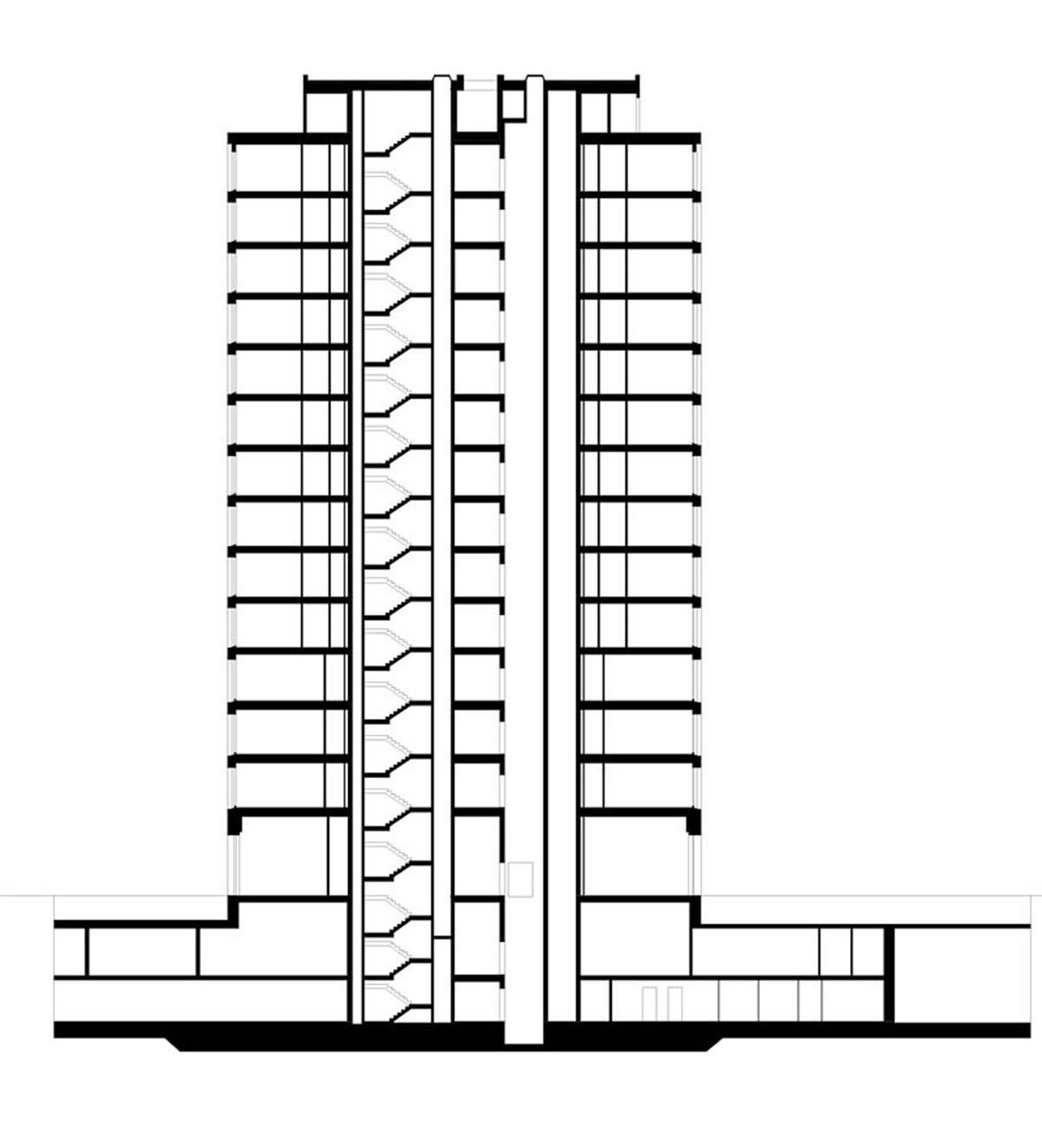 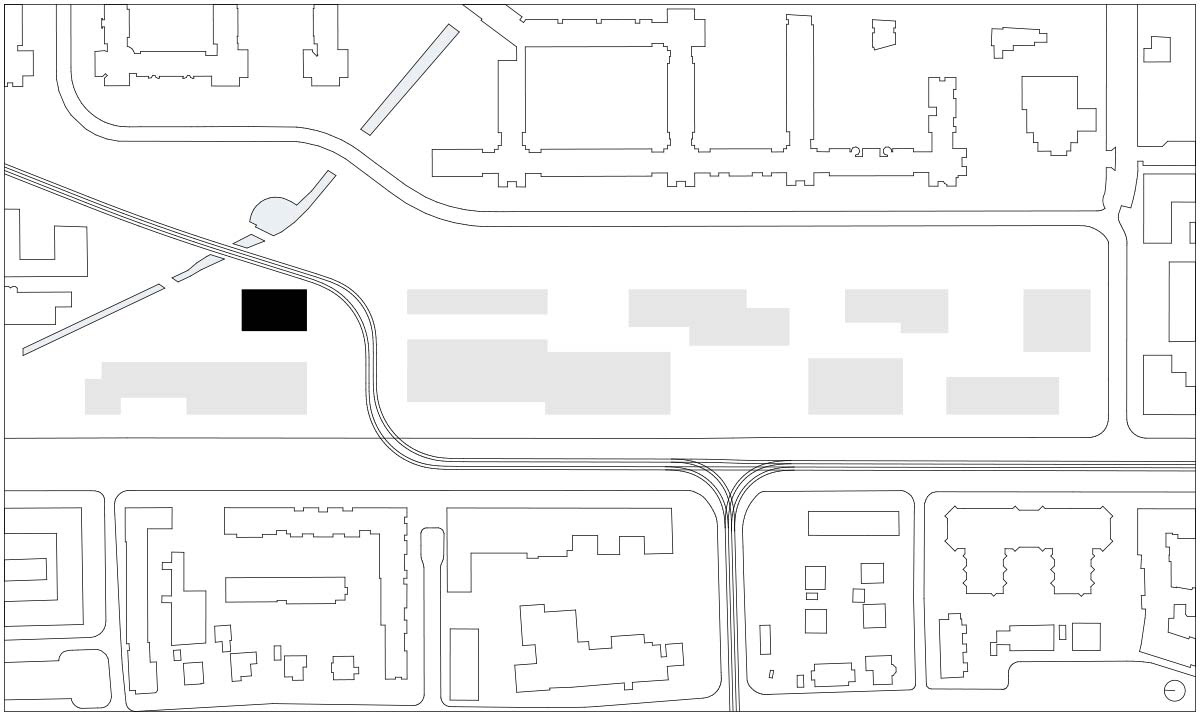 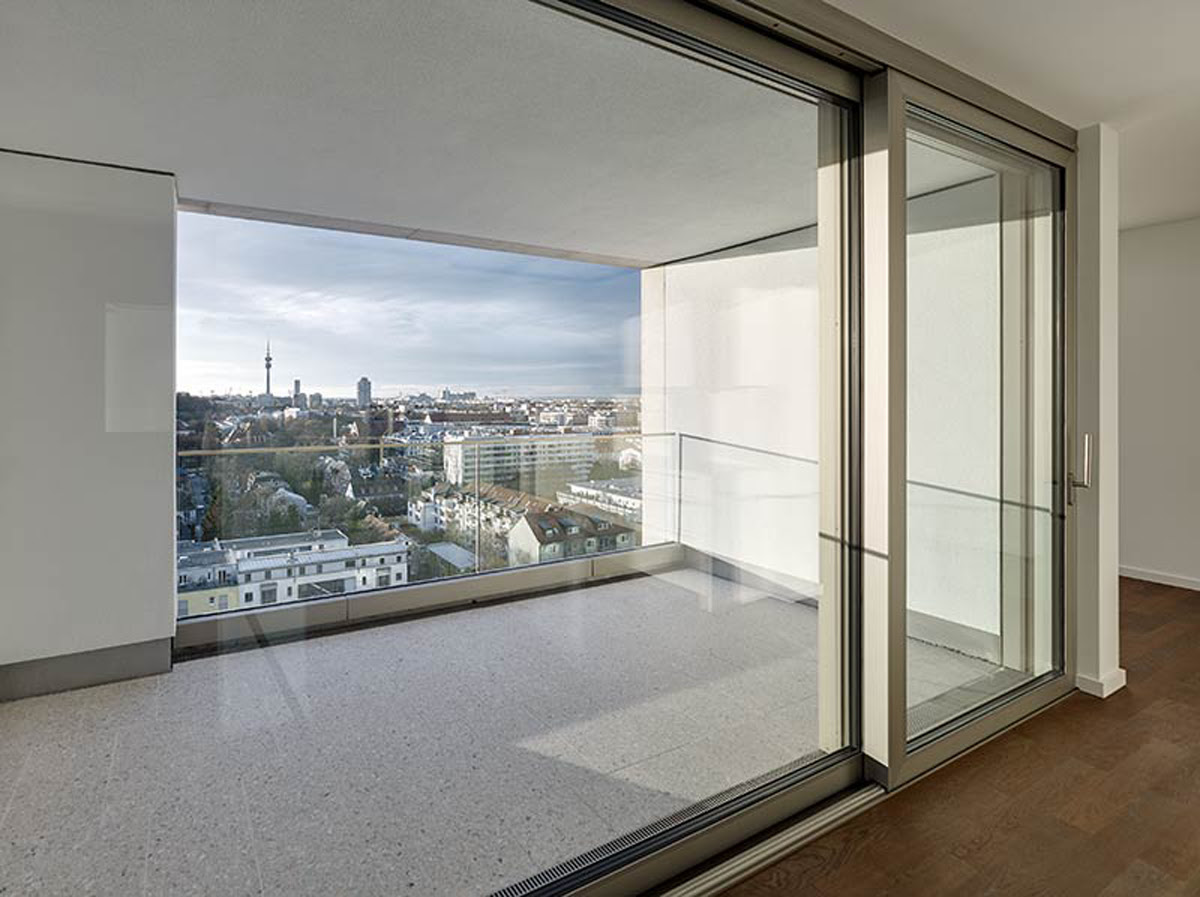 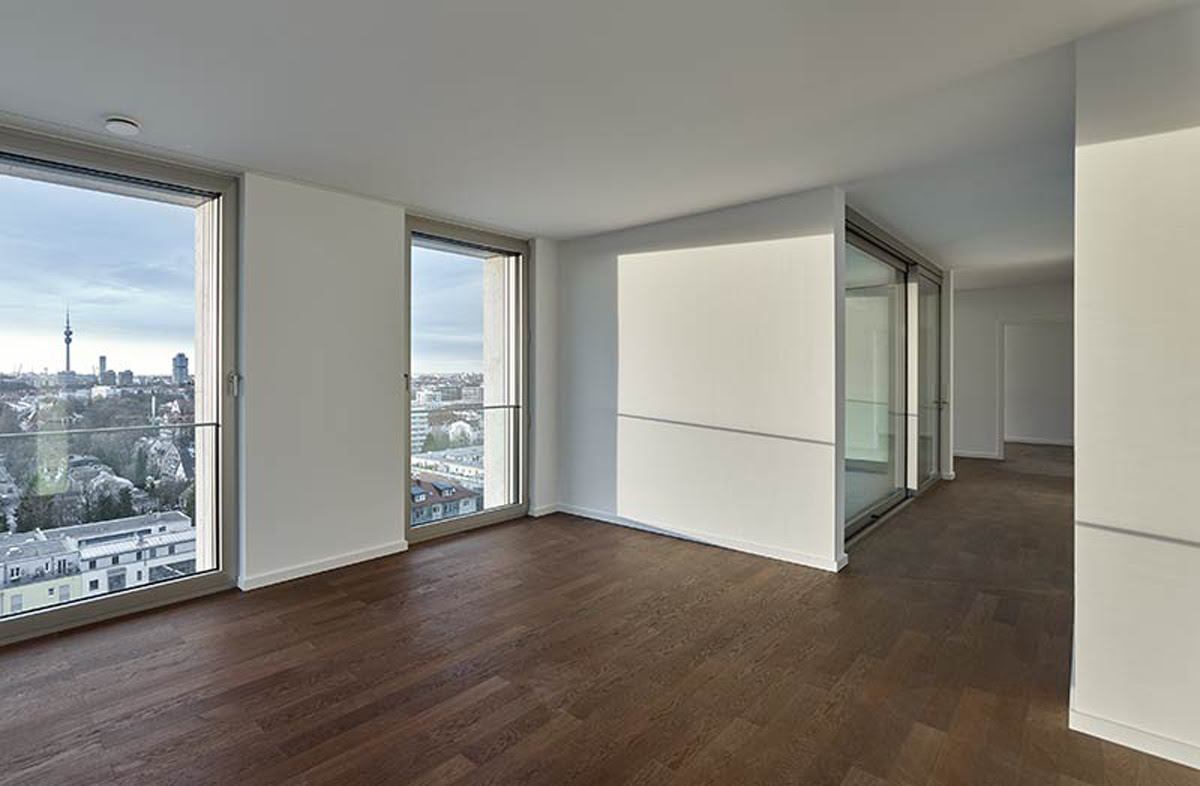