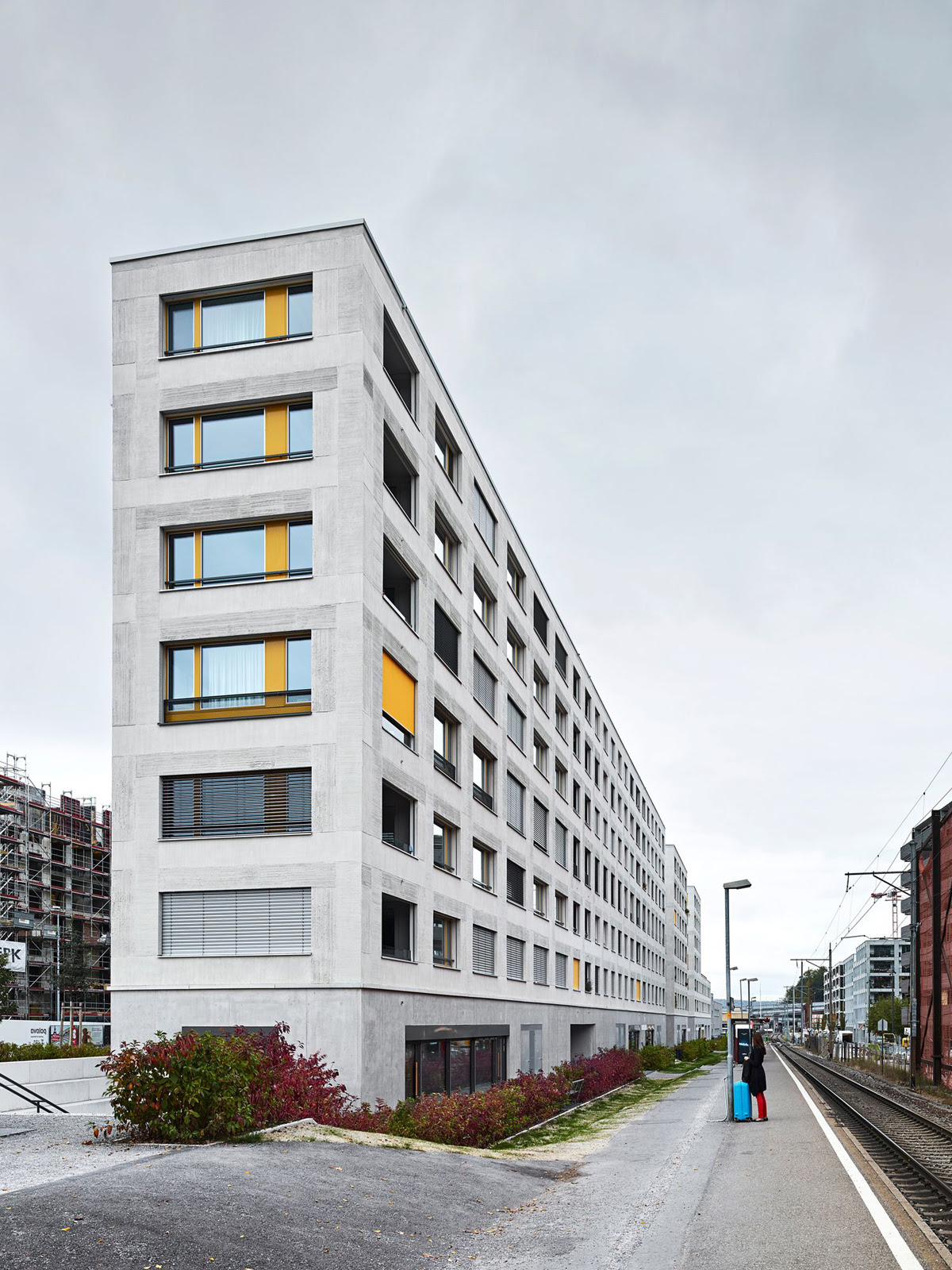 The elongated plot A forms the start to the new urban district ‘GreenCity.Zürich’ and is strongly influenced by the neighbouring street and railway. We used this essentially ʻimpossible situationʼ as the impulse to develop a narrow, elongated building with an expressive character that can develop a sense of identity. The geometry of the site leads to mostly east-west facing apartments which are all connected by means of a ʻstreet in the airʼ to the communal room and the shared roof garden. The building is massively constructed using a wall and slab system. The gridded façade helps contain the long volume of the building and emphasizes its sculptural quality. The motif of interwoven vertical and horizontal bands produces depth and a feeling of volume. In combination with windows of different sizes this leads to a facade composition that is richly varied, yet also calm. The ground floor is used for commercial functions. It takes up the robust nature of the street and the railway line and is made as a concrete plinth. The passageways leading through the building and the entrances located in them are announced by metal framing. The communal space and the ‘street in the air’ can be read in the façade through their generously sized window openings 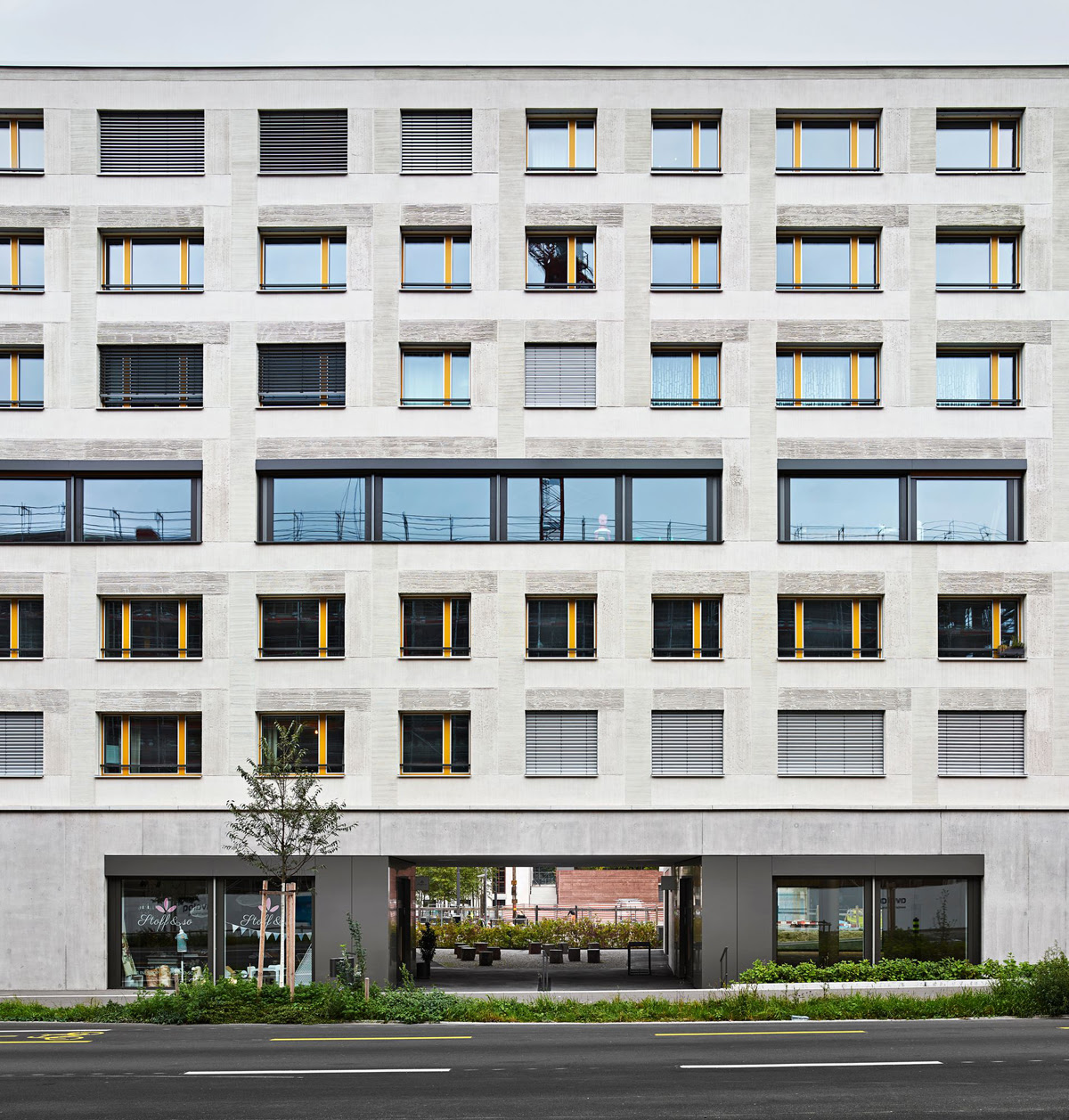 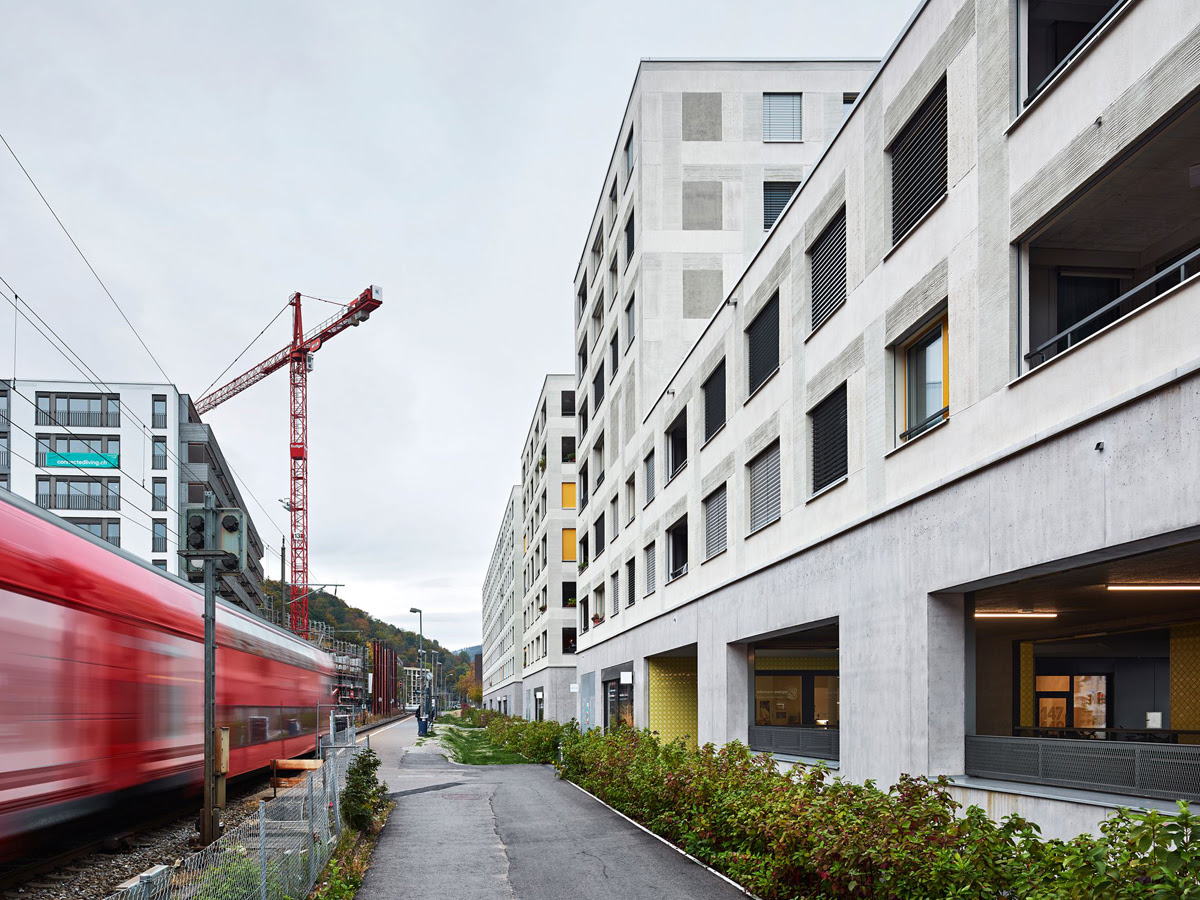 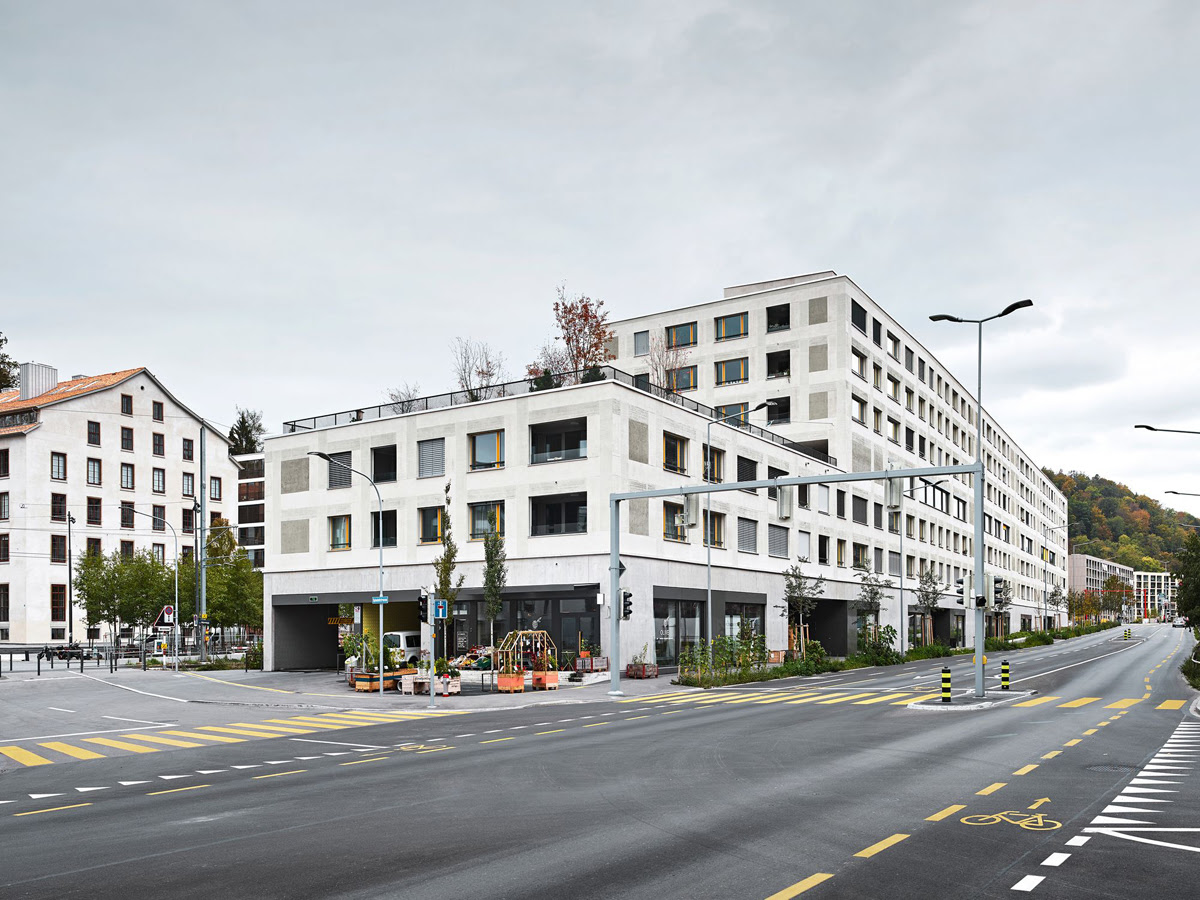 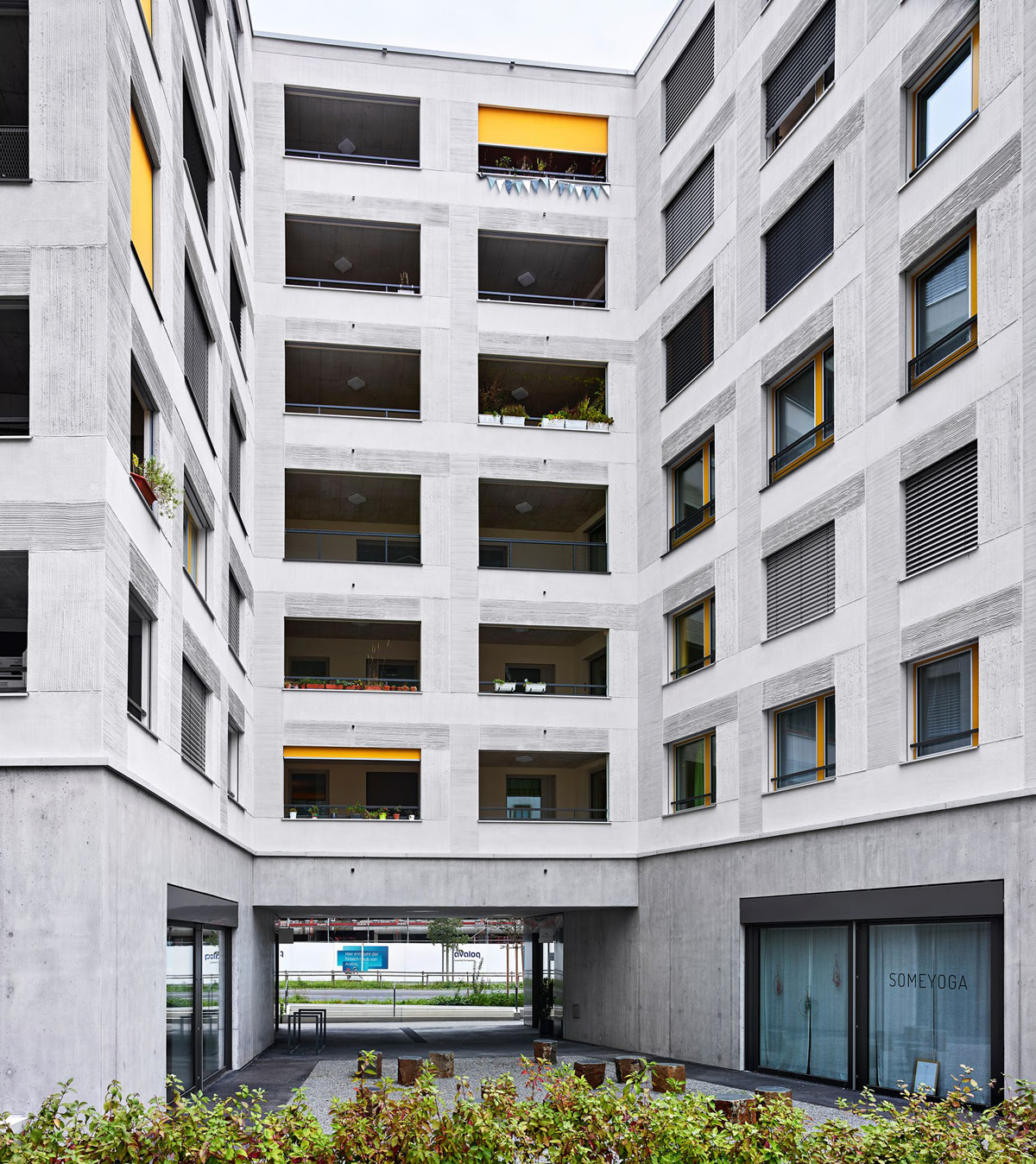 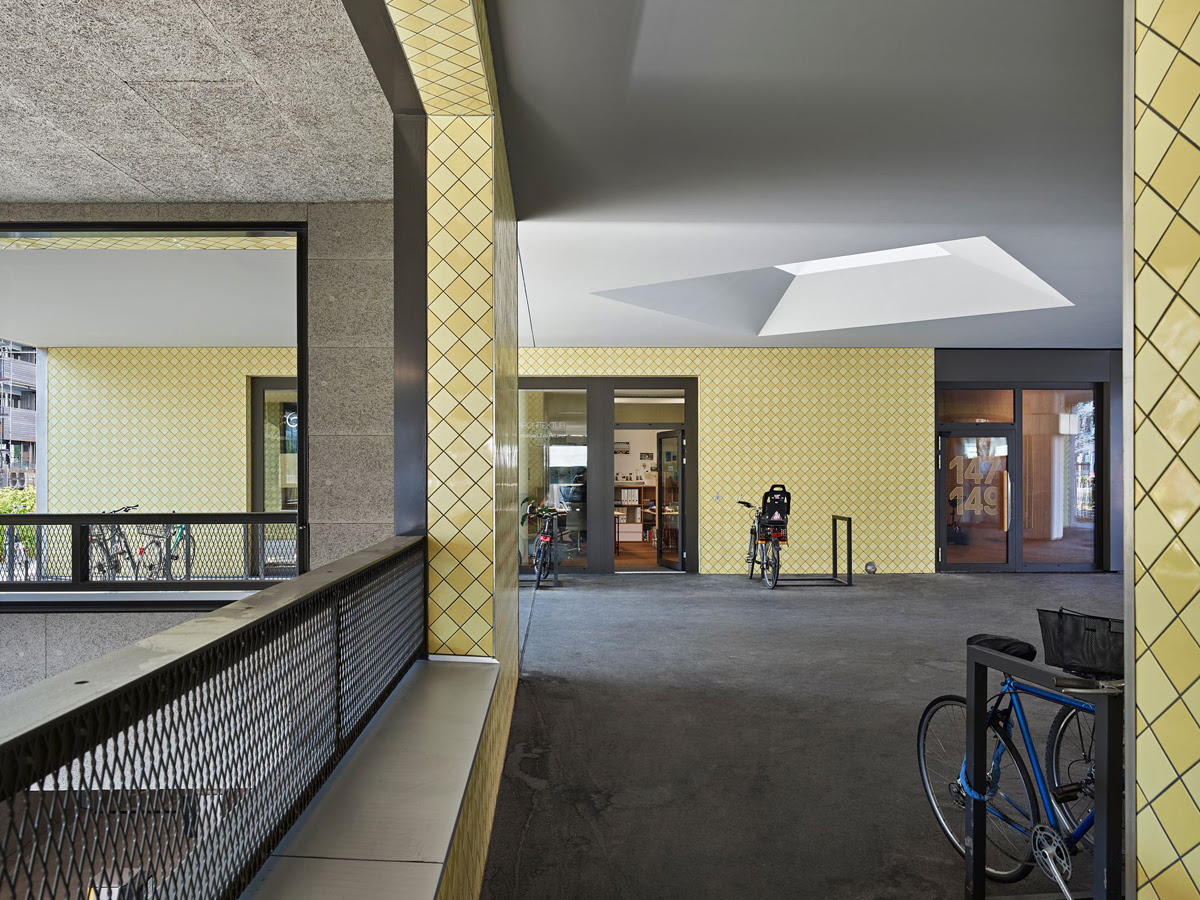 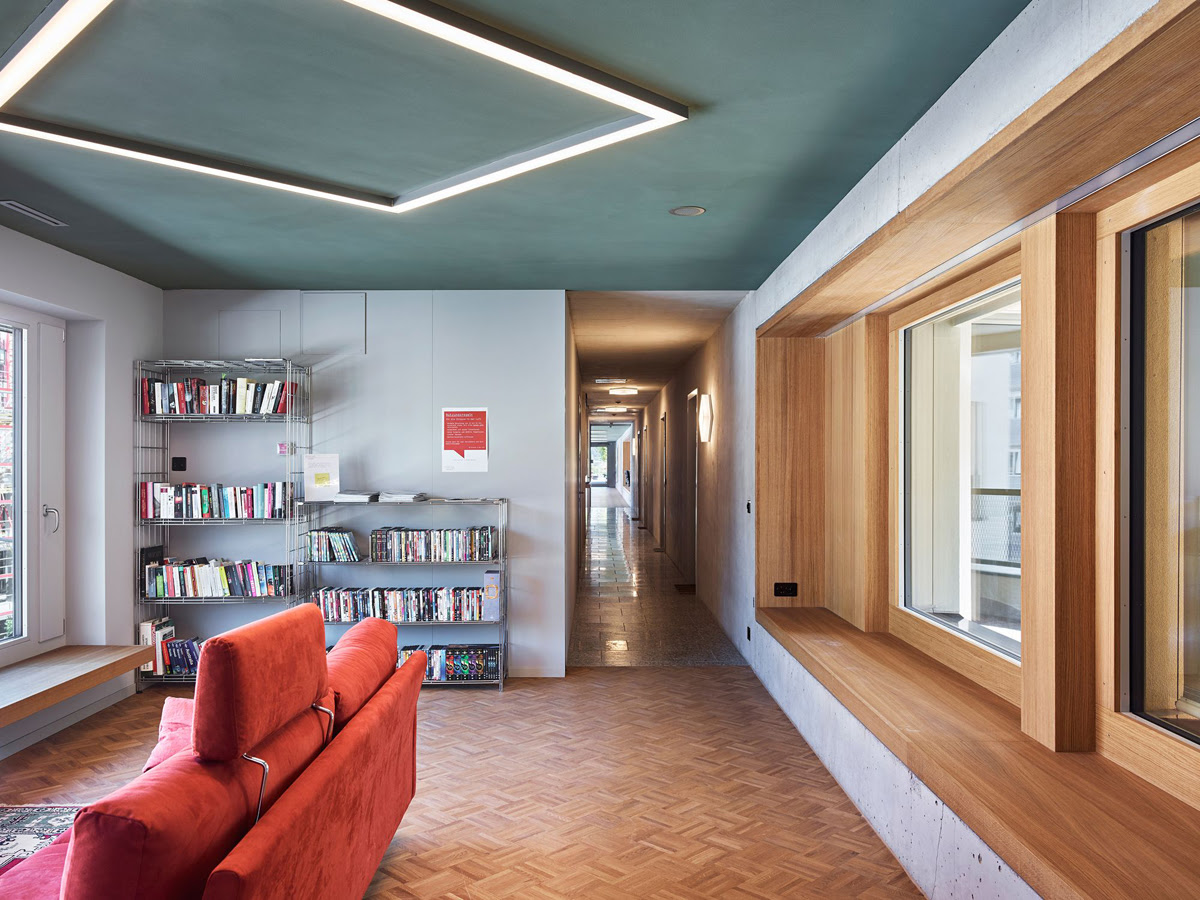 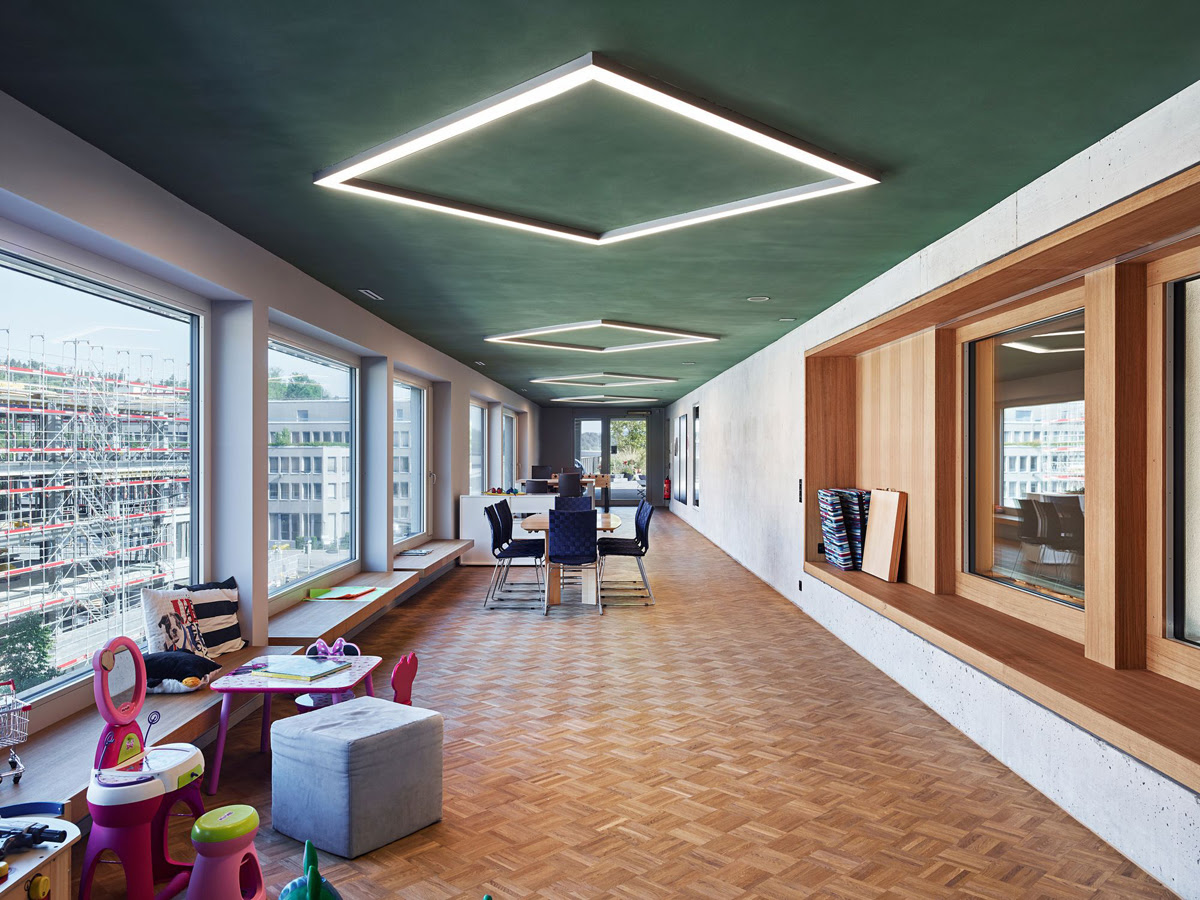 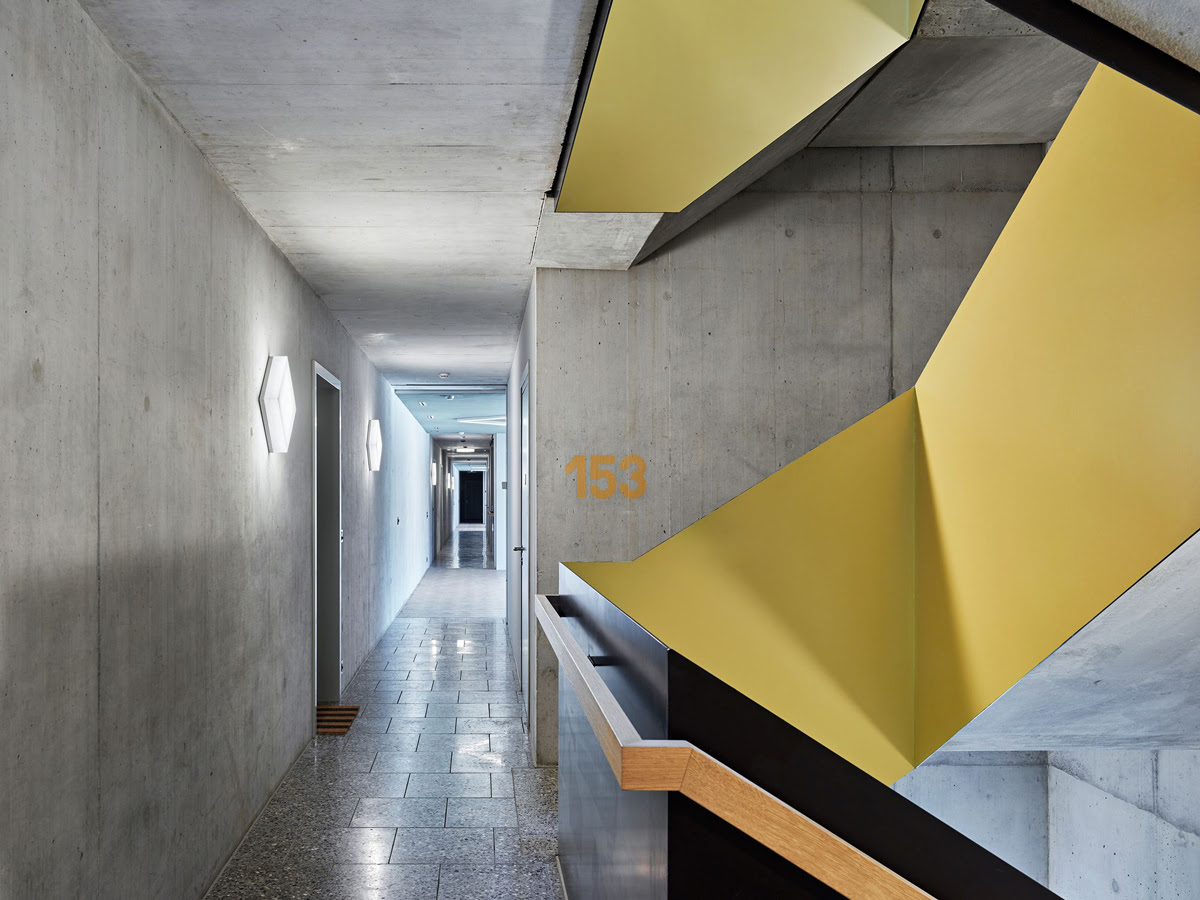