Concept idea
The aim of the Piscicultura di Baselgia is to preserve the fish population of the 4 lakes (Silser,
Silvaplaner, Champfèrer and St. Moritz) and to promote the young generation. Since the year
2017, ice fishing is also being offered on the lake of Sils during winter.
Together with the usual fish farming is an aquaponic system installed (combination of aqua
and hydroponics). This makes it possible to offer fresh vegetables and herbs as well as local
food in the restaurant.
The fishing accommodation includes a small harbor, equipment storage and a lounge area.
Situation and concept
The building forms a striking prelude to the eastern district of Baselgia. The volume aligns with
the longitudinal facade to the water and the park and spans the water basin and the park
behind it with a total length of 110 meters. It also forms with its clear contour the water edge of
the «island» and absorbs the movement of the channel.
Every use of the room program is self-contained. The rooms are lined up in such a way that
results in a long and narrow building. A common roof spans the entire volume and allows the
coming together of water and park. It also unites the different sides of the building.
Towards the park an arcade accompanies the promenade path, which is taken from the
building. The arcade is also used by the fishery as development and subcontracting. 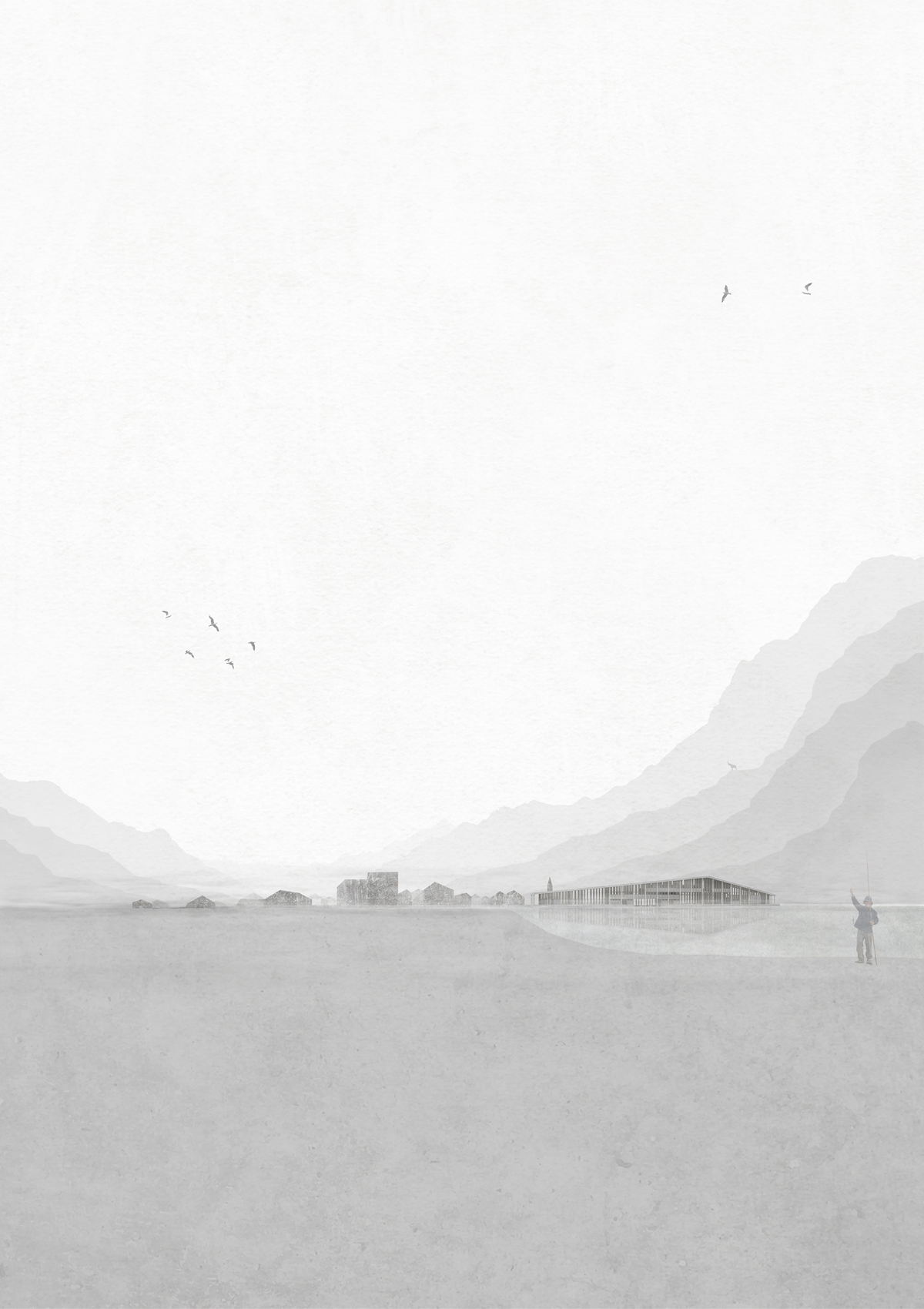 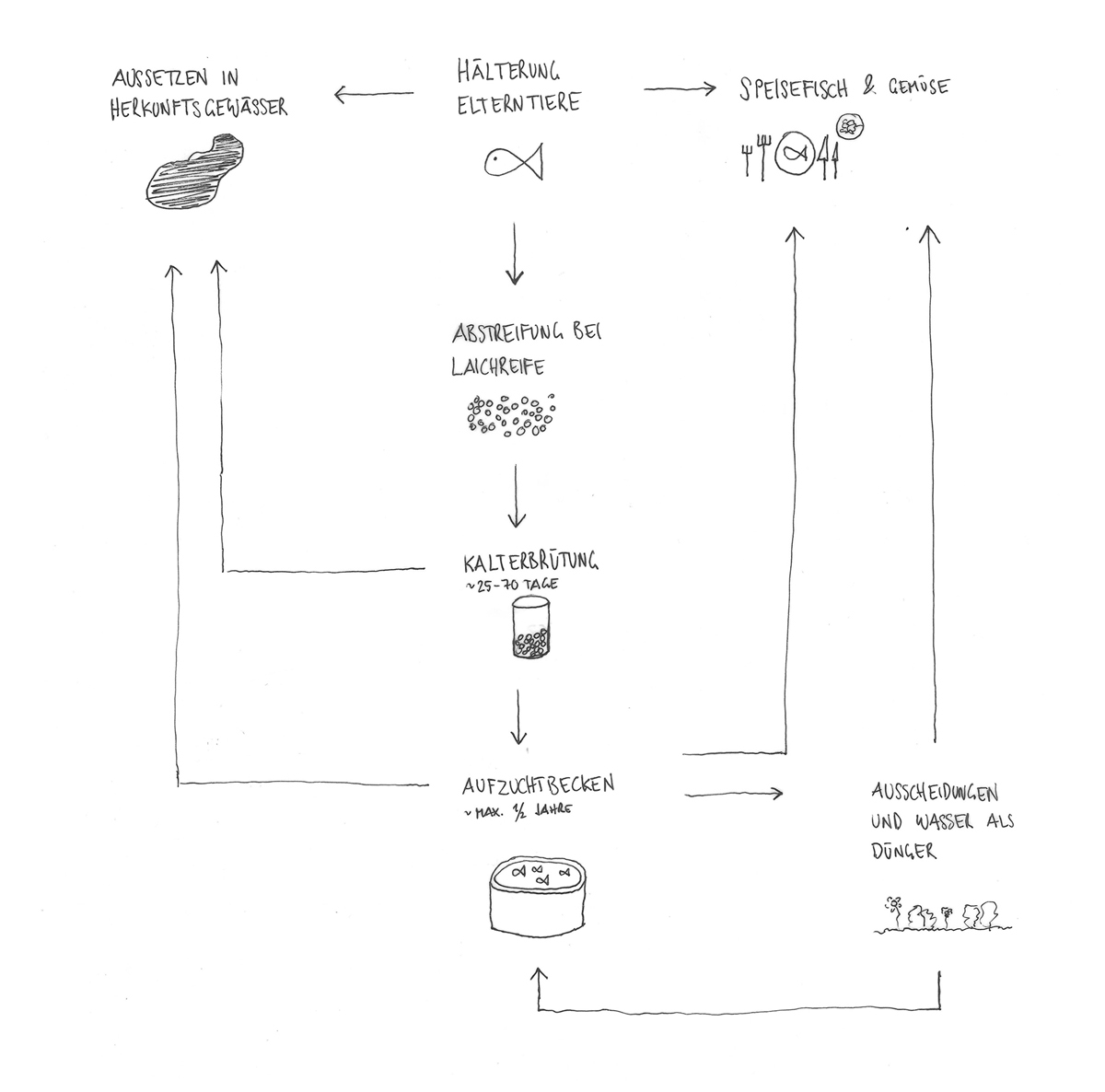 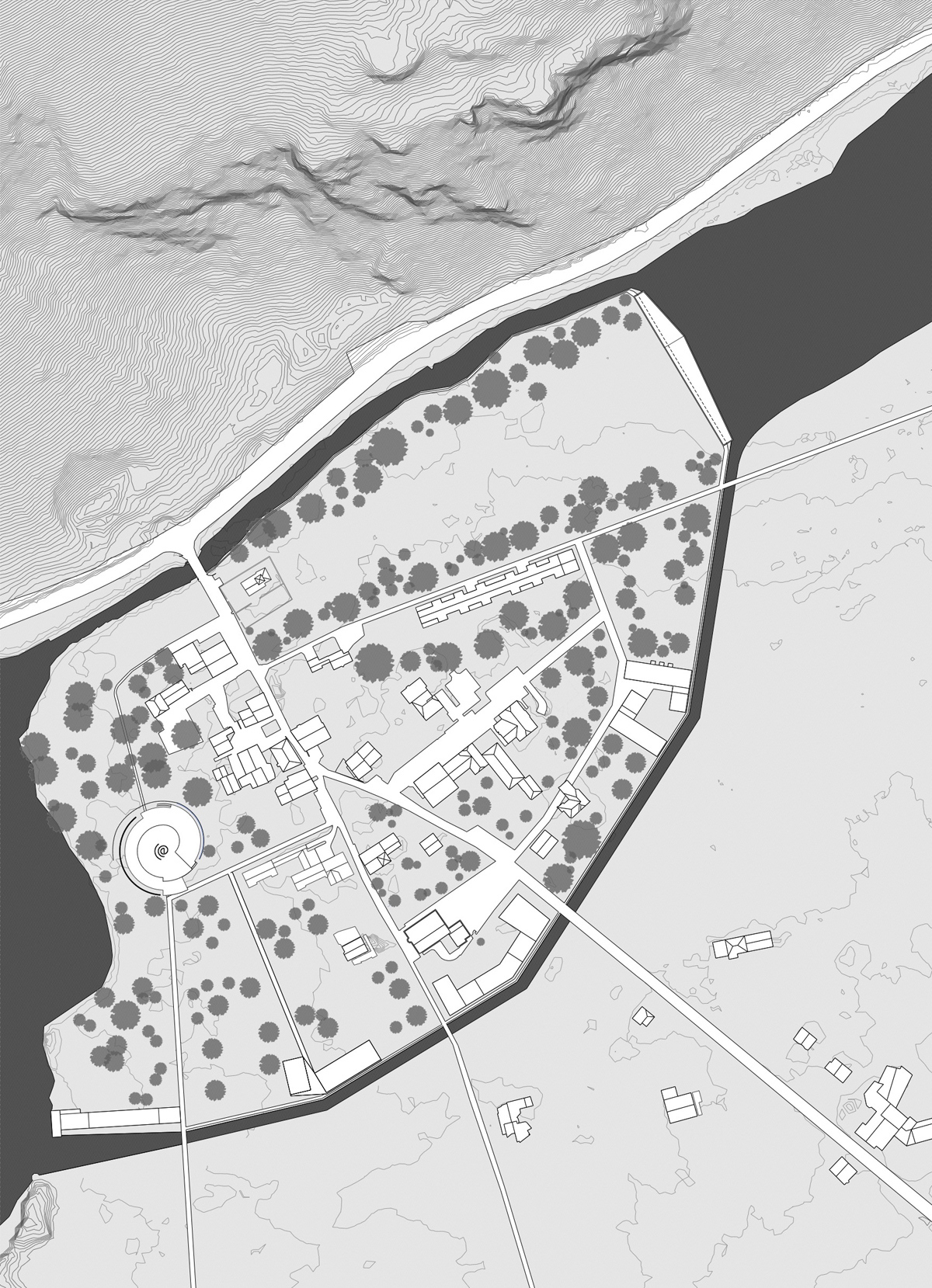 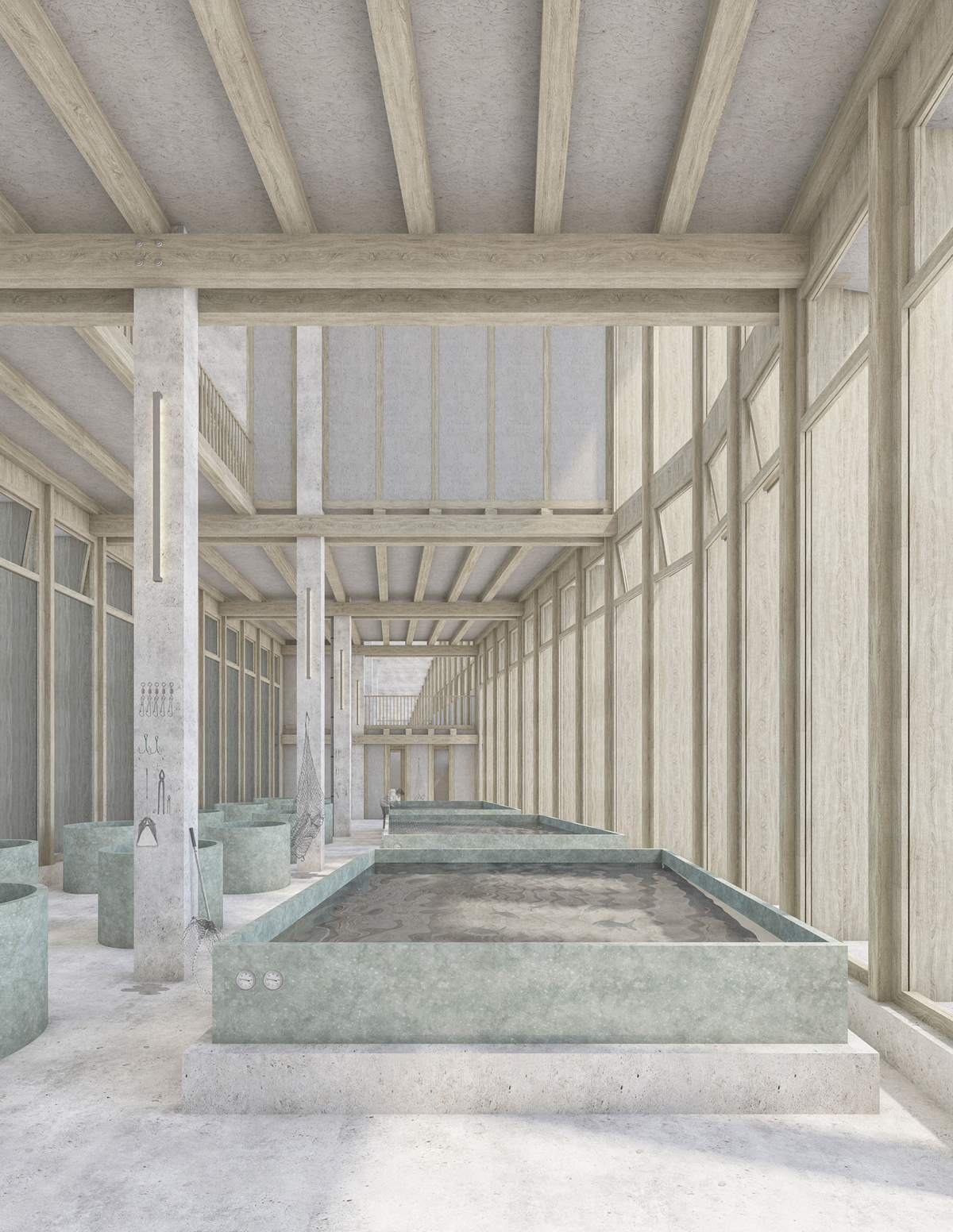 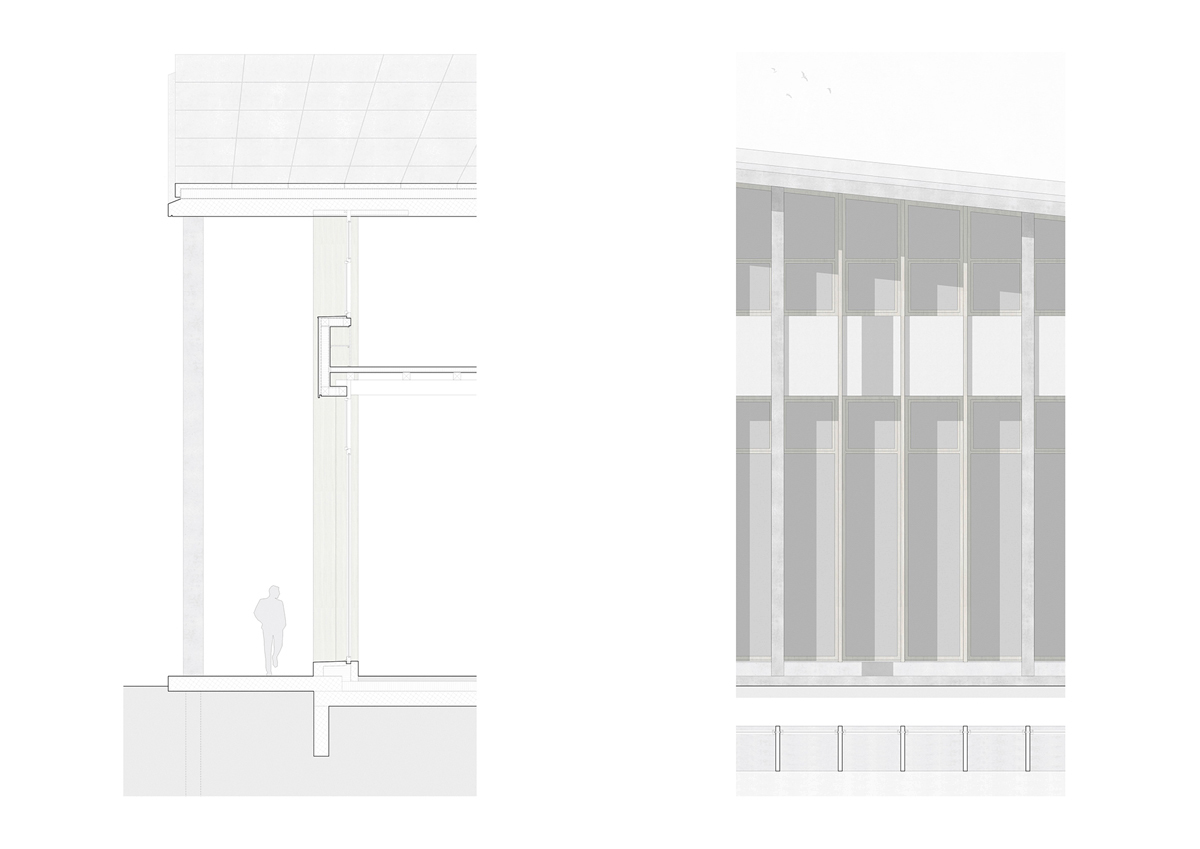 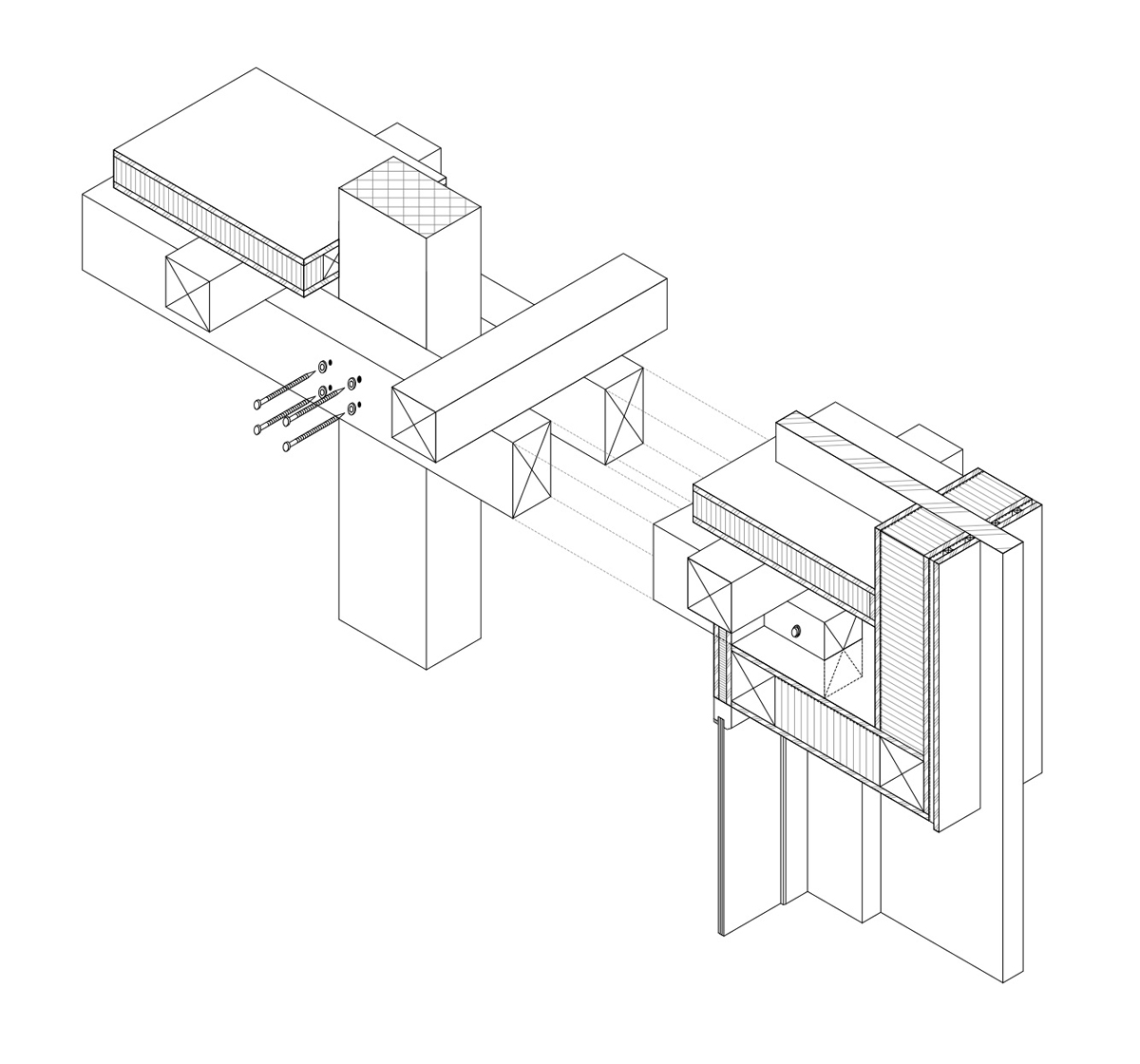 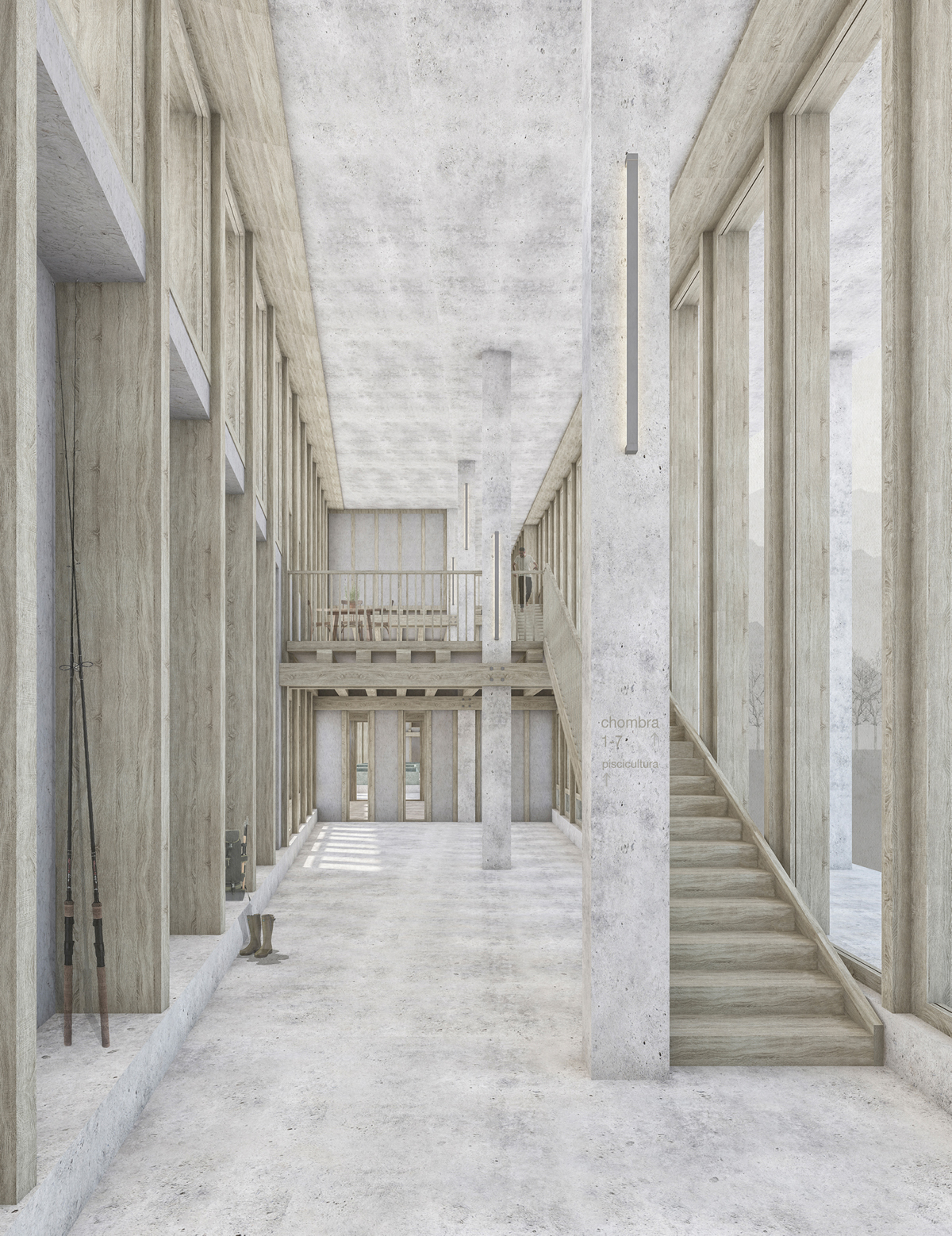